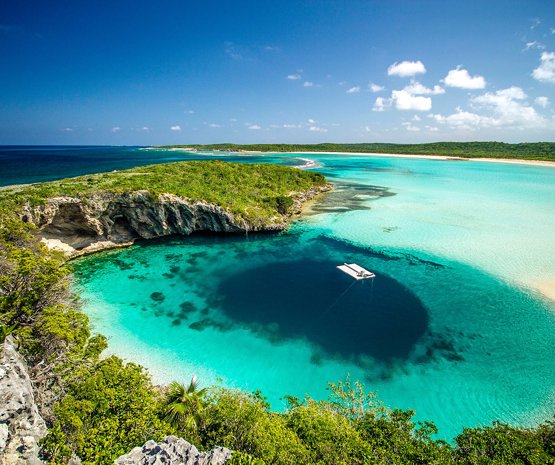 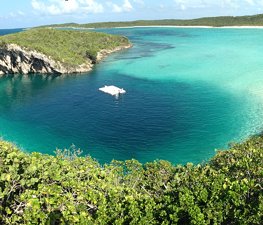 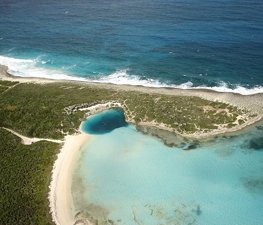 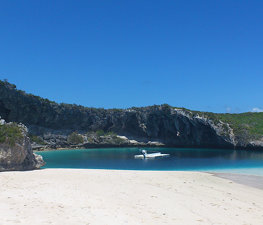 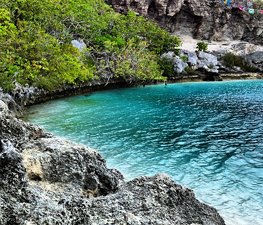 Dean's Blue Hole is the world's deepest known blue hole with seawater. It plunges Шаблон:Convert in a bay west of Clarence Town on Long Island, Bahamas.

In April 2010, William Trubridge broke a free-diving world record in the blue hole reaching a depth of Шаблон:Convert without the use of fins (Constant Weight Without Fins). On 14 December 2010, he swam to a depth of 101 metres on a single breath using only his hands and feet for propulsion, while many divers use weights to quicken their descent or inflatable bags to bring them to the surface quickly.Шаблон:Cn

Blue hole is a term which often is given to sinkholes filled with water, with the entrance below the water level. They can be formed in different karst processes, for example, by the rainwater soaking through fractures of limestone bedrock onto the watertable. Sea level here has changed: for example, during the glacial age during the Pleistocene epoch (ice age), some 15,000 years ago, sea level was considerably lower. The maximum depth of most other known blue holes and sinkholes is Шаблон:Convert, which makes the Шаблон:Convert depth of Dean's Blue Hole quite exceptional.

Blue Hole is a diving location on east Sinai, a few kilometres north

Nemo 33 is the deepest indoor swimming pool in the world. The pool is 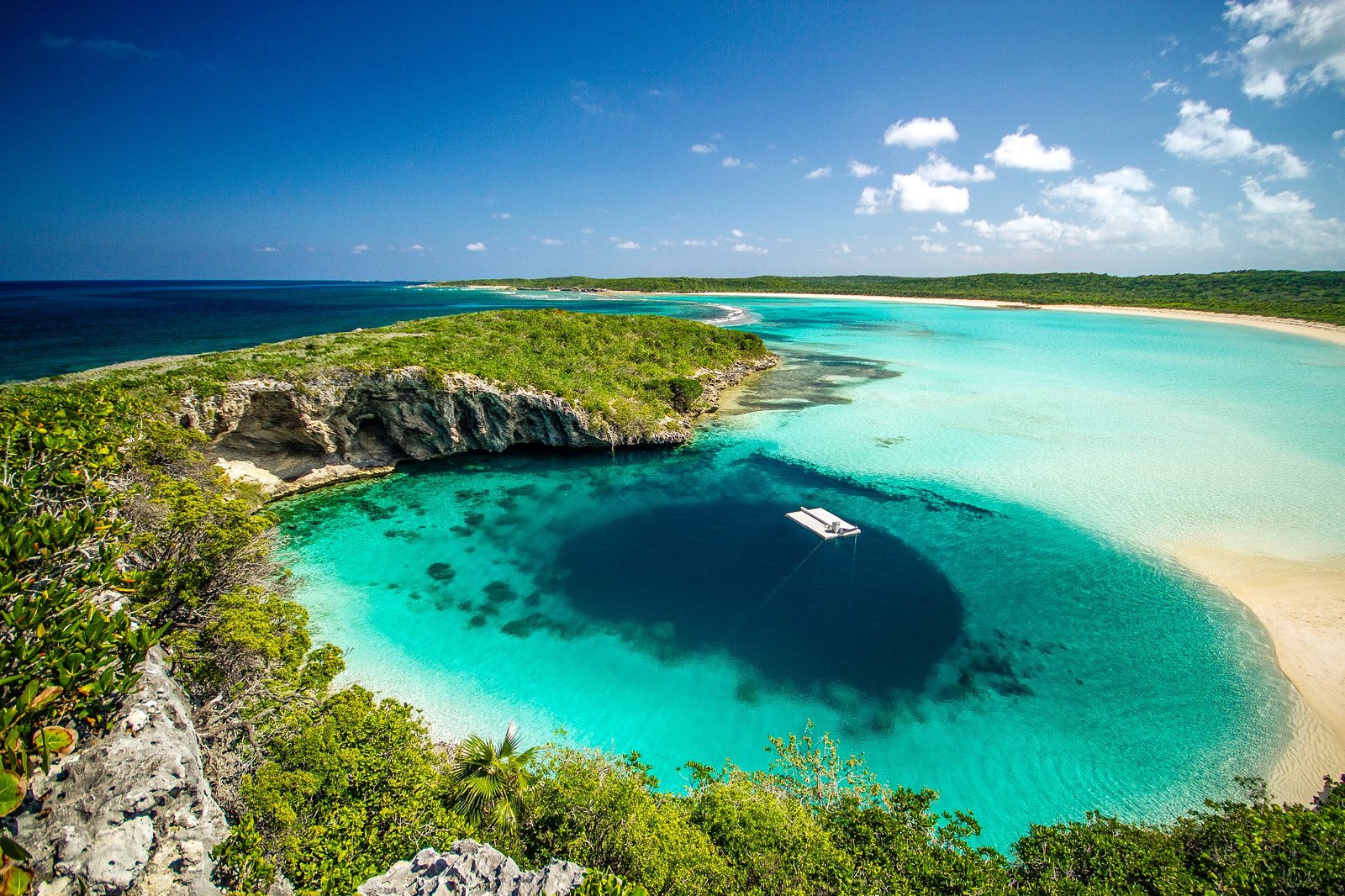 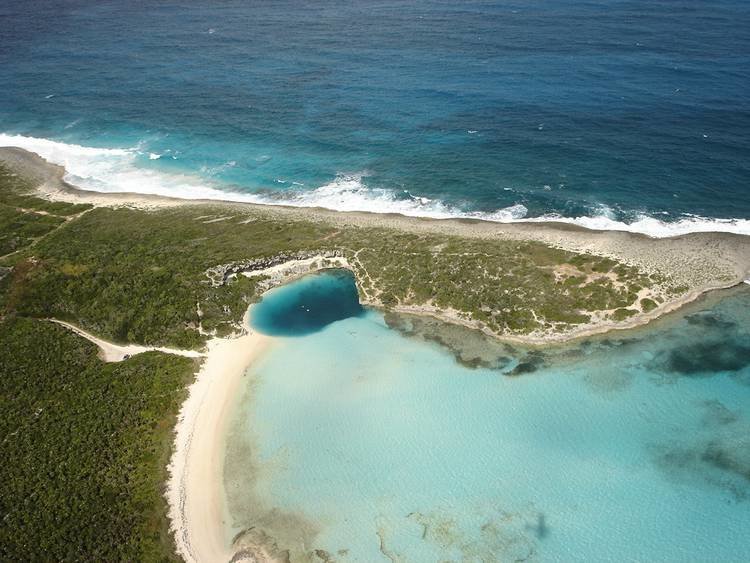 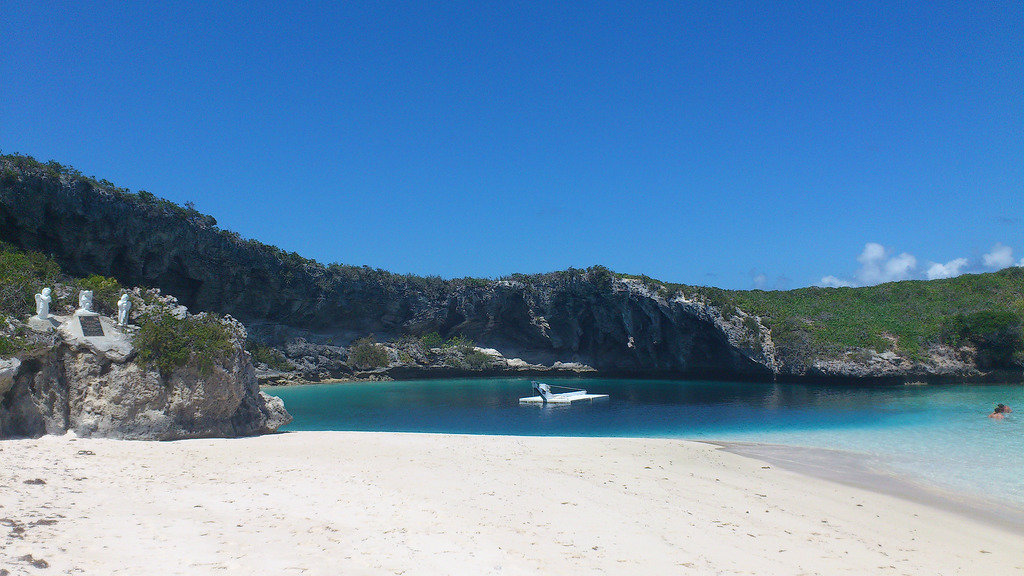 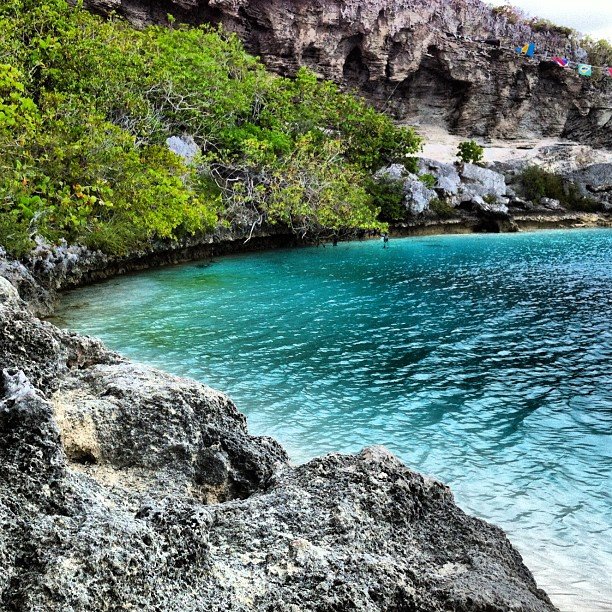 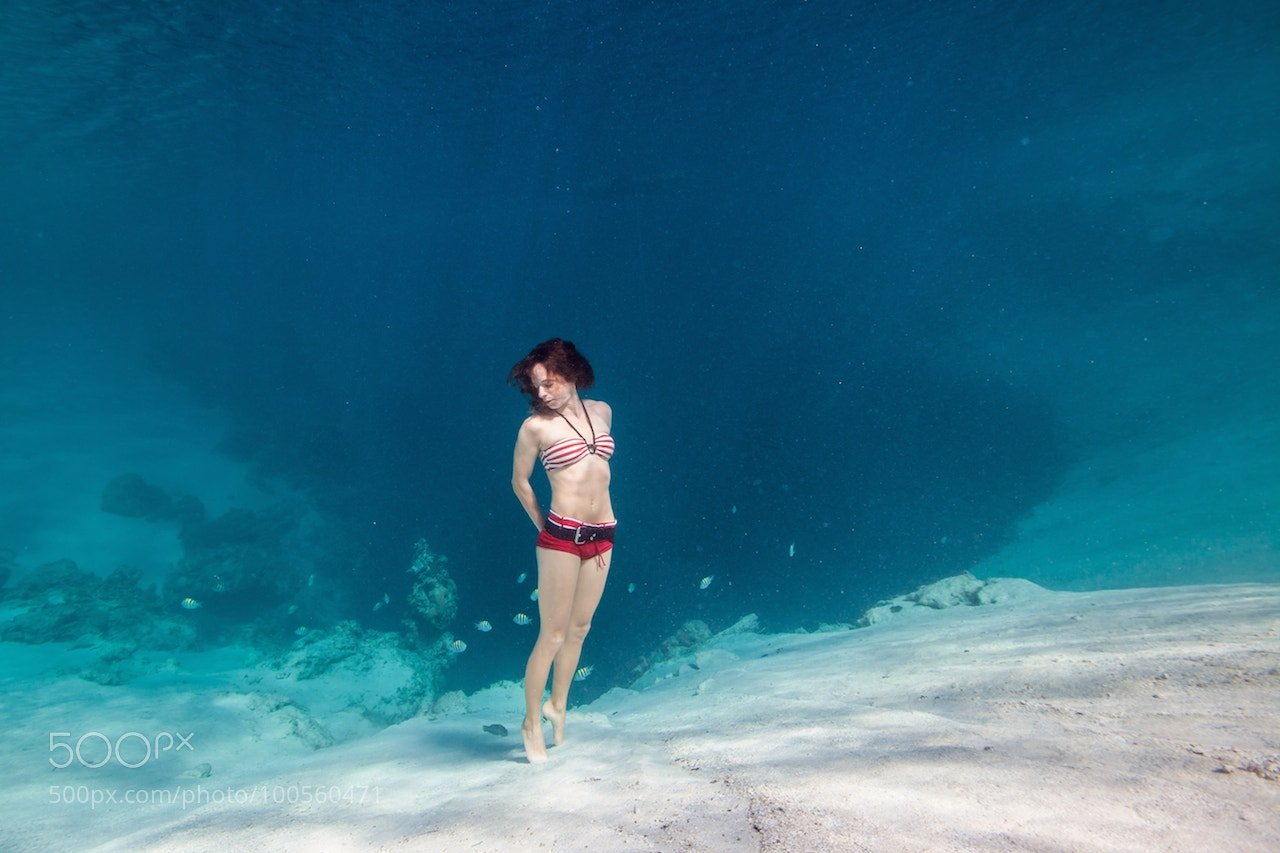 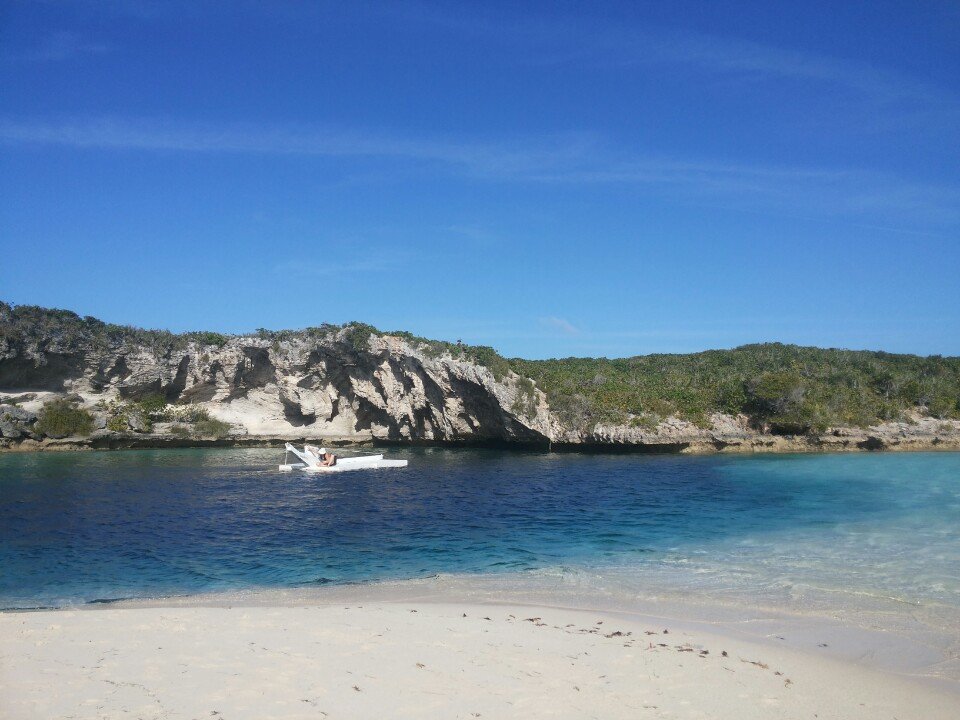 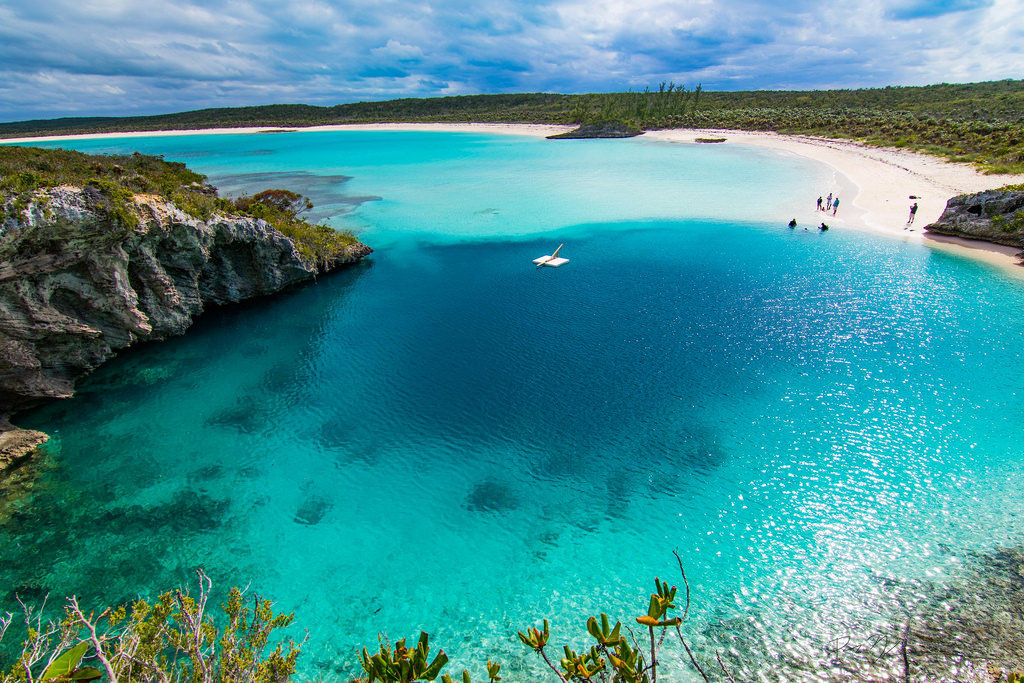 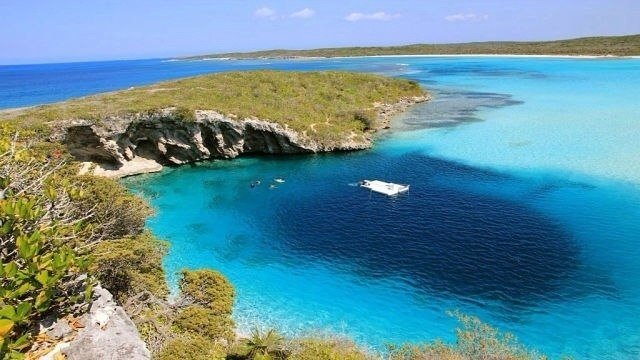 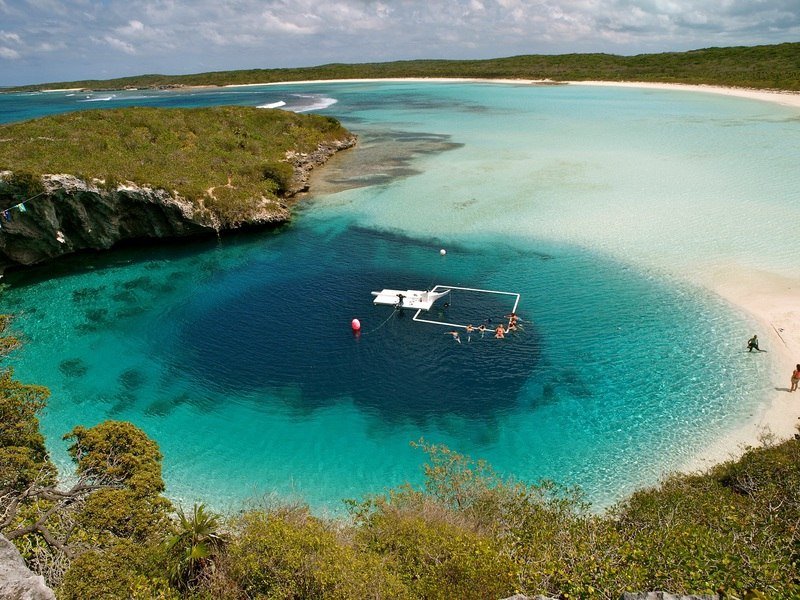 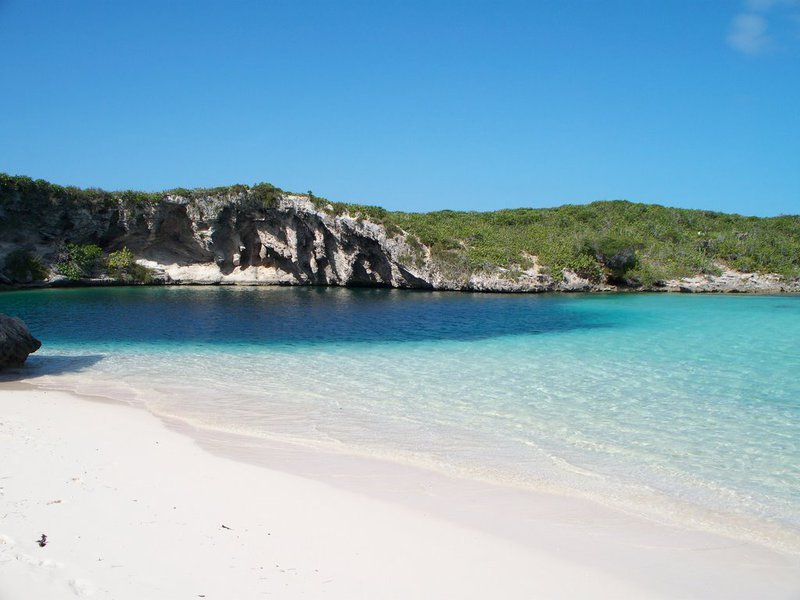