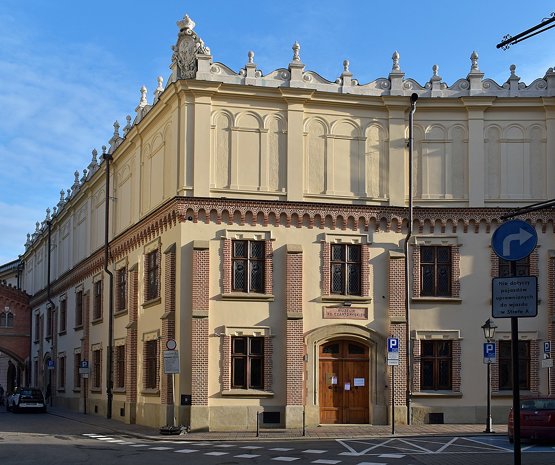 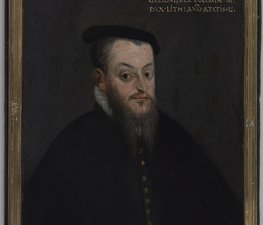 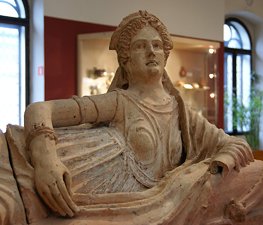 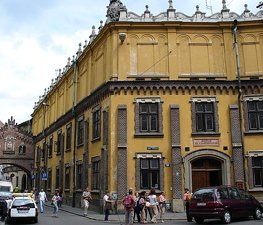 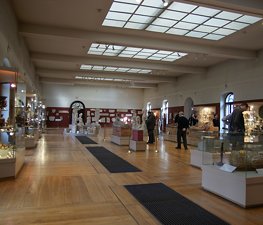 The Czartoryski Museum and Library was founded in Puławy in 1796 by Princess Izabela Czartoryska to preserve Polish heritage in keeping with the Princess' motto: "The Past to the Future". The Puławy collection underwent partial destruction after the November uprising and the subsequent confiscation of Czartoryskis property by the Russians; however, most of their museum holdings were saved and moved to Paris, where they remained at the Hotel Lambert. In 1870 prince Władysław Czartoryski decided to move the collection to Kraków, where it arrived in 1876.

The first objects in the so-called "Temple of Memory" were trophies commemorating the victory against the Turks at the Battle of Vienna in 1683. The Museum also features historical artifacts from the recovered treasures of the Wawel Cathedral, the Royal Castle and other objects donated by Polish noble families (Szlachta). Izabela also bought the treasures of the Duke of Brabant, including his books which were considered a particular highlight of the collection. Influenced by the Romantic artistic movement, she also acquired objects of sentimental significance that represented the glory and misery of human life. Among these were Shakespeare's chair, fragments from the alleged graves of Romeo and Juliet in Verona, ashes of El Cid and Ximena from the Cathedral of Burgos, and relics from Abelard and Heloise, and Petrarch and his Laura. Library’s collection of books was later enriched with collection of Tadeusz Czacki, which included archives of Stanisław August Poniatowski, last king of Poland.

In 1798, Izabela's son, Prince Adam Jerzy Czartoryski, traveled to Italy and acquired Lady with an Ermine by Leonardo da Vinci, Raphael's Portrait of a Young Man, and many Roman antiquities. However, Prince Adam Jerzy was always more a politician than an art-collector. After the failed November Uprising in 1830 he was exiled from Congress Poland, then ruled by Russian Empire. He established himself in Paris, and in 1843 bought The Hotel Lambert, which became both the center of operations for the exiled Czartoryski magnate, and the Living Museum of Poland. All the objects from the first museum were displayed in Paris. Books collection scattered and for decades its parts were stored out of Russian partition: in Kórnik, Sieniawa and in Paris.

Upon Prince Adam Jerzy's death, his younger son, Prince Władysław, took over the museum. A born collector, he and his sister, Princess Izabela Działyńska, expanded the collection to include: the Polonaise carpet, Etruscan and Greek vases, Roman and Egyptian antiquities, and other types of arms and armours, as well as Limoges enamels. At the 1865 Exposition des Arts Decoratifs in Paris, Władysław created a Polish room to exhibit the famous carpet and other parts of his collection.

In 1871, after the French defeat in the Franco-Prussian War, Prince Władysław packed or hid all of the artifacts and fled. In 1874, the city of Kraków offered him the arsenal in the Old Wall as a museum, which he called upon Violet-le-Duc to renovate, who in turn delegated the project to his son-in-law Maurice Ouradou. In 1878, one hundred years after Princess Izabela set up her museum in Puławy, the new museum, as it is seen today, was opened. Prince Wladyslaw continued to add items to the collection for the next twenty years, until his death in 1894.

Władysław's son, Prince Adam Ludwik, then carried on the work of his father. In 1897 he took over the Sieniawa Ordynacja property from the Emperor Franz-Joseph. At that point his capital assets were estimated at 4.5 million Austrian Crowns, not including the Collections. In 1899, Adam Ludwik's aunt Izabela bequeathed the Goluchow Estate, with all the collections that she had bought with her beloved brother Władysław, to her two nephews, and Prince Adam Ludwik cared for both Museums.

He then travelled to Japan and acquired the vases and bronzes still displayed today at the Goluchow Castle. In 1914, he was called up to the Austrian Army and his wife Princess Maria Ludwika Krasinska took over the Museum, taking most of the important artifacts (52 paintings, 12 carpets, 35 folders of prints and drawings, and works by Leonardo da Vinci, Raphael, and Rembrandt) to Dresden because of her connections with the Royal Saxon Family. These works garnered great interest, with the collection being open to the public two days a week.

In 1918, after the war, Hans Posse, Director of the royal collections, was unwilling to return the collection. He was fearful of the unrest in Poland. However, after two years of negotiation, all objects were recovered and transferred to the Family Museum in Kraków in 1920. The signing of the 1921 Treaty of Riga provided for the return of all looted or confiscated objects during tsarism due to the Bolshevik revolution.

In 1931 a large number of important books, archives and objects that had been taken from Puławy by Russians in 1831 - immediately after the November Uprising - were also returned, though most of these were placed in various national depositories.

In 1937, after Prince Adam Ludwik's death, his son Prince Augustyn, took over as head of the family. He married Princess Dolores Victoria Maria de las Mercedes de Borbon y Orleans and spent most of his time in Poland. Then, in August 1939, Europe was thrown into turmoil with the events of World War II, and the museum was forced to prepare for war. Sixteen cases packed with the most precious objects were transported and stored in Sieniawa, while the rest of the collection was carried down to the cellars of the museum, where unfortunately the Germans found the cases and looted the tradable objects. Luckily, although the Leonardo and other pictures were roughly handled, they were not damaged.

On September 22, 1939, Prince Agustyn removed what remained of the treasures and took them to his cousin's property in Pewkinie. However, soon afterward the Gestapo found the cases and took them back to Kraków, though not to the museum. On January 25, 1940, the final selections of the 85 most important items from the Museum were sent to Dresden, where Dr. Posse, Hitler's plenipotentiary, decided that all objects were to be part of the Führer's own collection at Linz. From that moment the museum, whose curator was to die in a Nazi concentration camp, was closed to the public.

In 1945, Dr. Hans Frank, German governor of Poland and personal friend of Hitler, brought the paintings from Berlin for his own use at Wawel Castle. But when the Germans evacuated Kraków in January 1945, he took the paintings with him to Silesia and then to his own villa in Neuhaus. The Americans arrested Dr. Frank on May 4, and the Polish representative at the Allies Commission for the Retrieval of Works of Art claimed the stolen paintings on behalf of the Czartoryski Museum. However, the Raphael and 843 other artifacts were missing from the collection.

After the Second World War, the museum was reopened and run by the communist government. Although the economical situation was desperate, the museum survived thanks largely to the work of Professor Marek Rostworoski, who dedicated his life to the collection. In 1991, the High Court of the Nation returned the Museum to its rightful owner, Prince Adam Karol Czartoryski, along with the library housed in a nearby building. From 1961 library is located in the building at Św. Marka Street. In 1971 Czartoryski Library was recognized as National Library.

Library’s colliection includes many monumental for European history documents: 224 576 printed materials, including 70 009 books issued before 1800, 13 552 manuscripts and 333 incunabuls. Library is divided into "Prints and Cartographs Division" and "Manuscripts and Archives Division". President of the Institution is Jolanta Lenkiewicz. One may work with books only on location.

Today the Museum is administered by the Princes Czartoryski Foundation set up by Prince Adam Karol in 1991. It welcomes more than 12,000 visitors a year, and has organized exhibitions in Italy (Rome-Milan-Florence), Sweden (Malmö-Stockholm), Turkey (Istanbul), and Japan (Kyoto-Nagoya-Yokohama). In autumn 2002, The Lady with an Ermine was featured at the Milwaukee Art Museum's tribute to the splendour of Poland. The portrait and other items from the Collection also went on to Houston and San Francisco throughout 2003.

Tips & Hints
Arrange By:
Popular first New first
There are no tips nor hints for Czartoryski Museum yet. Maybe be you will be the first one to post useful information for fellow travellers? :)
3.6/10
223 people have been here
I've been here
Add to wishlist

The Kraków barbican (Polish: barbakan krakowski) is a barbican—a fo

The Gallery of 19th-Century Polish Art at Sukiennice (polski. Galeria 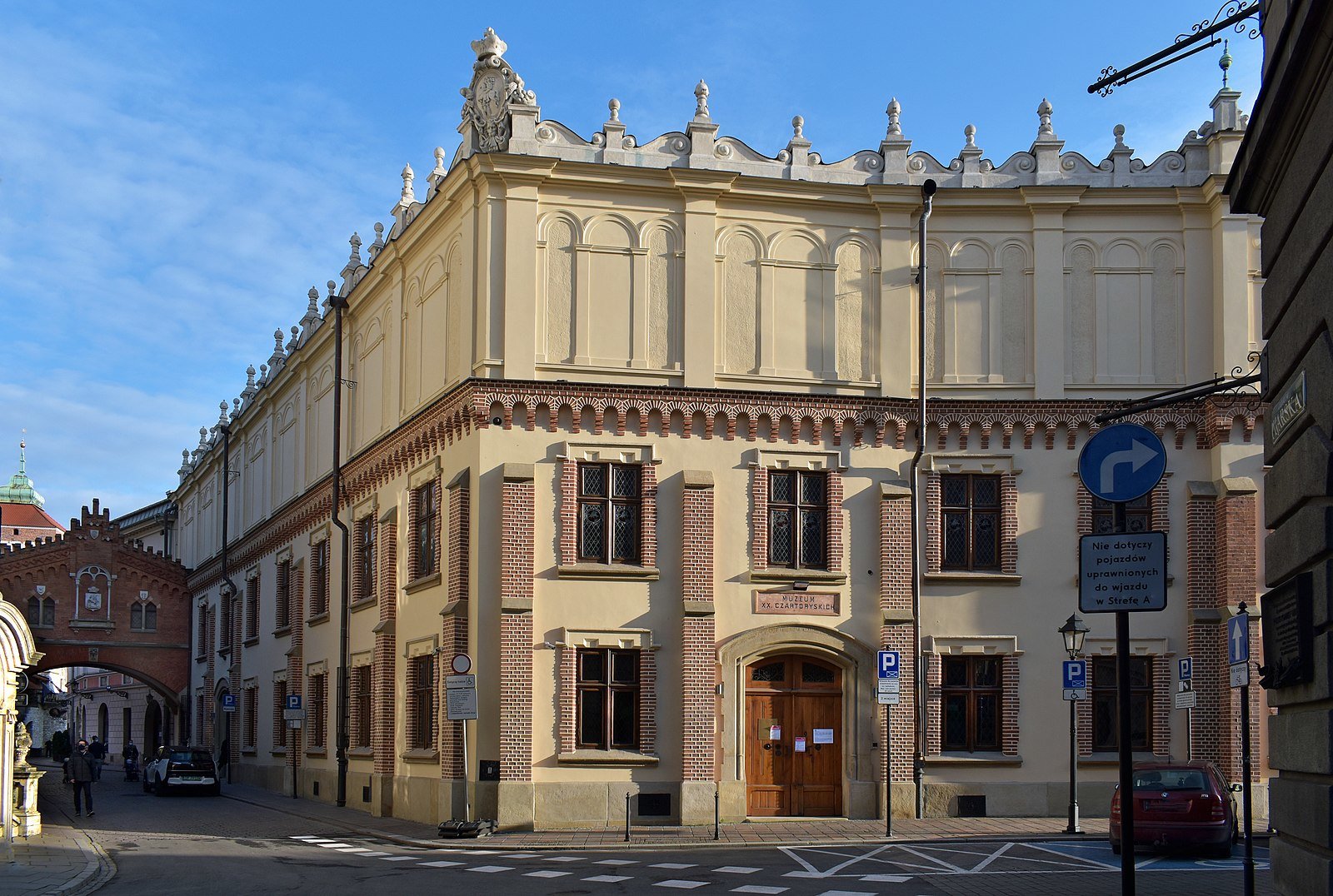 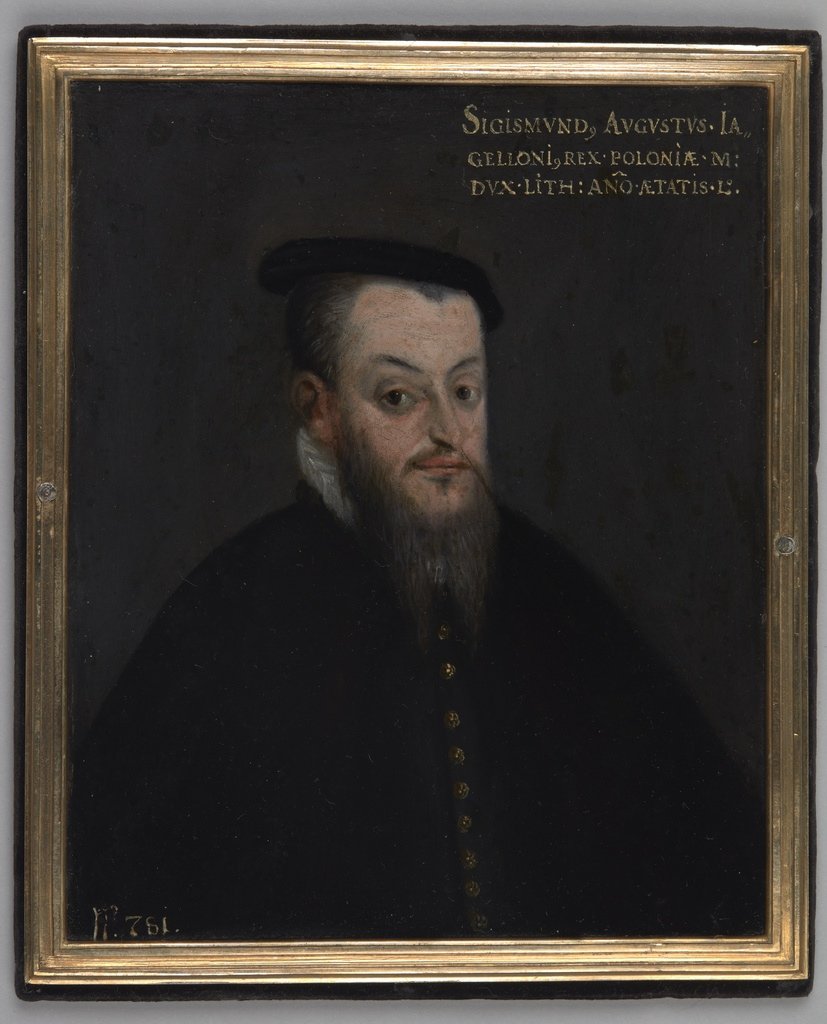 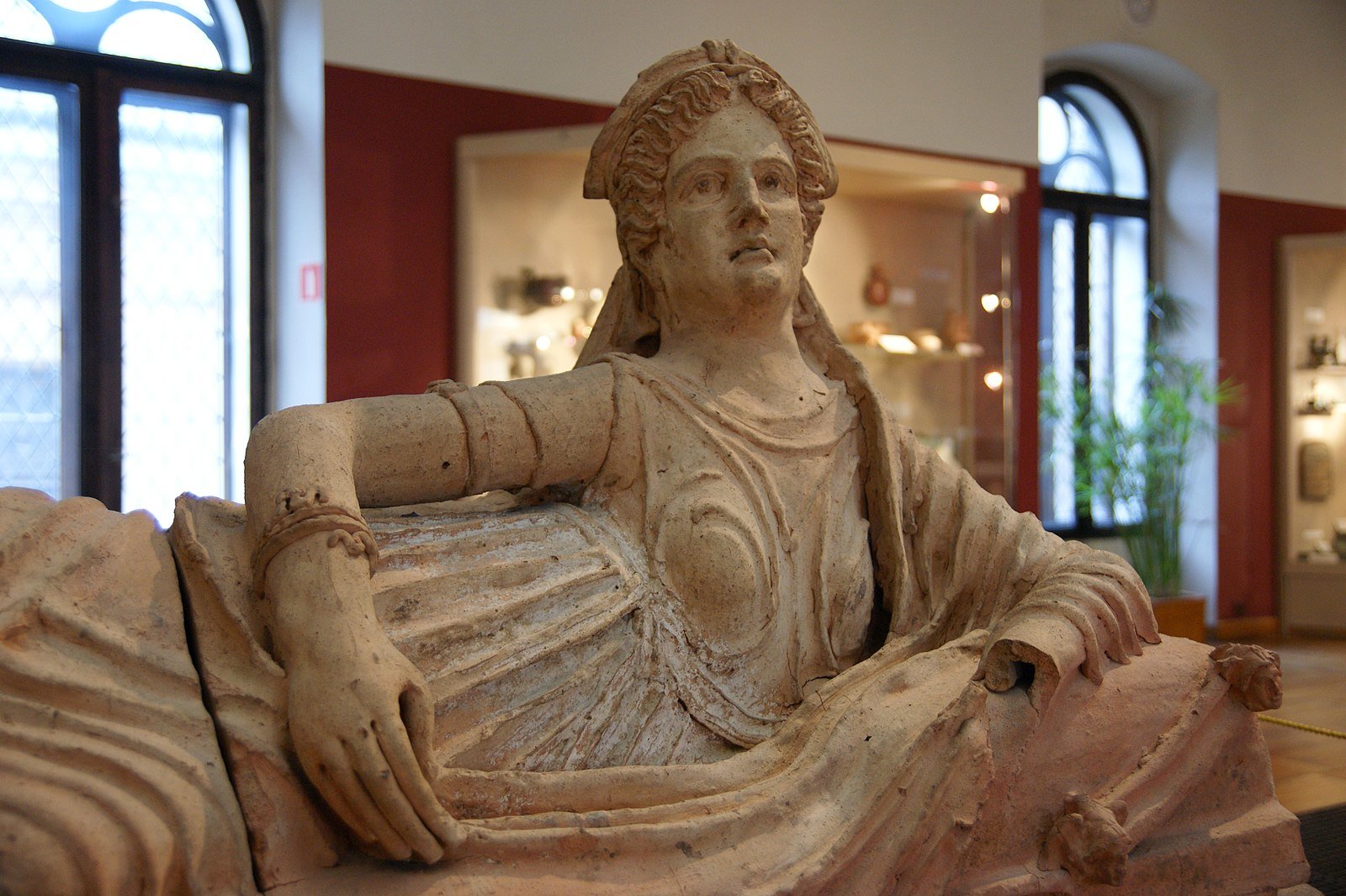 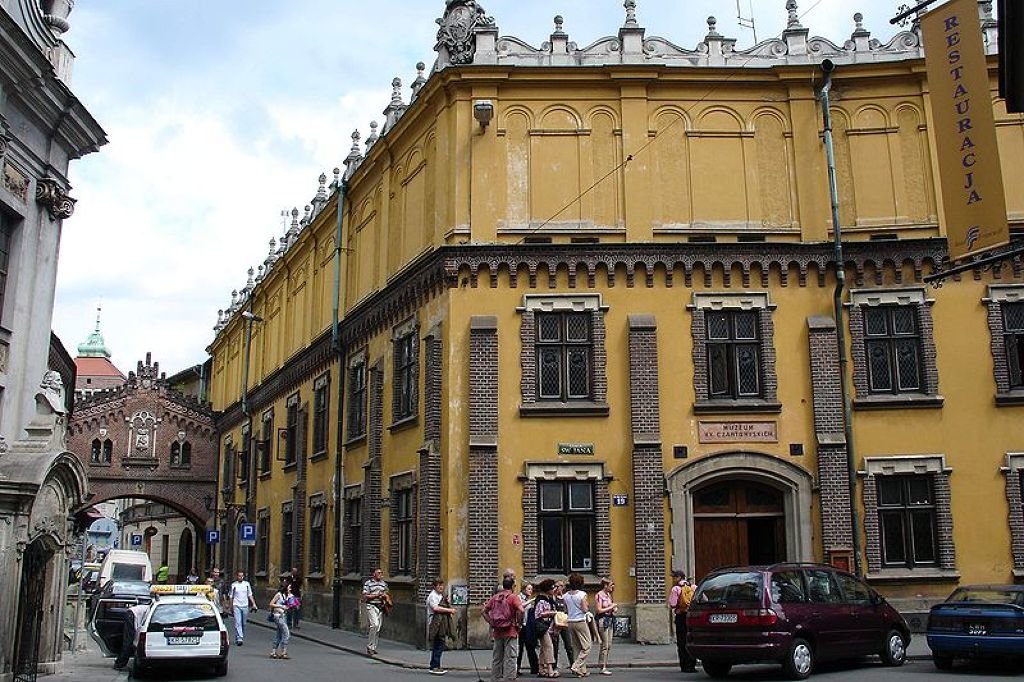 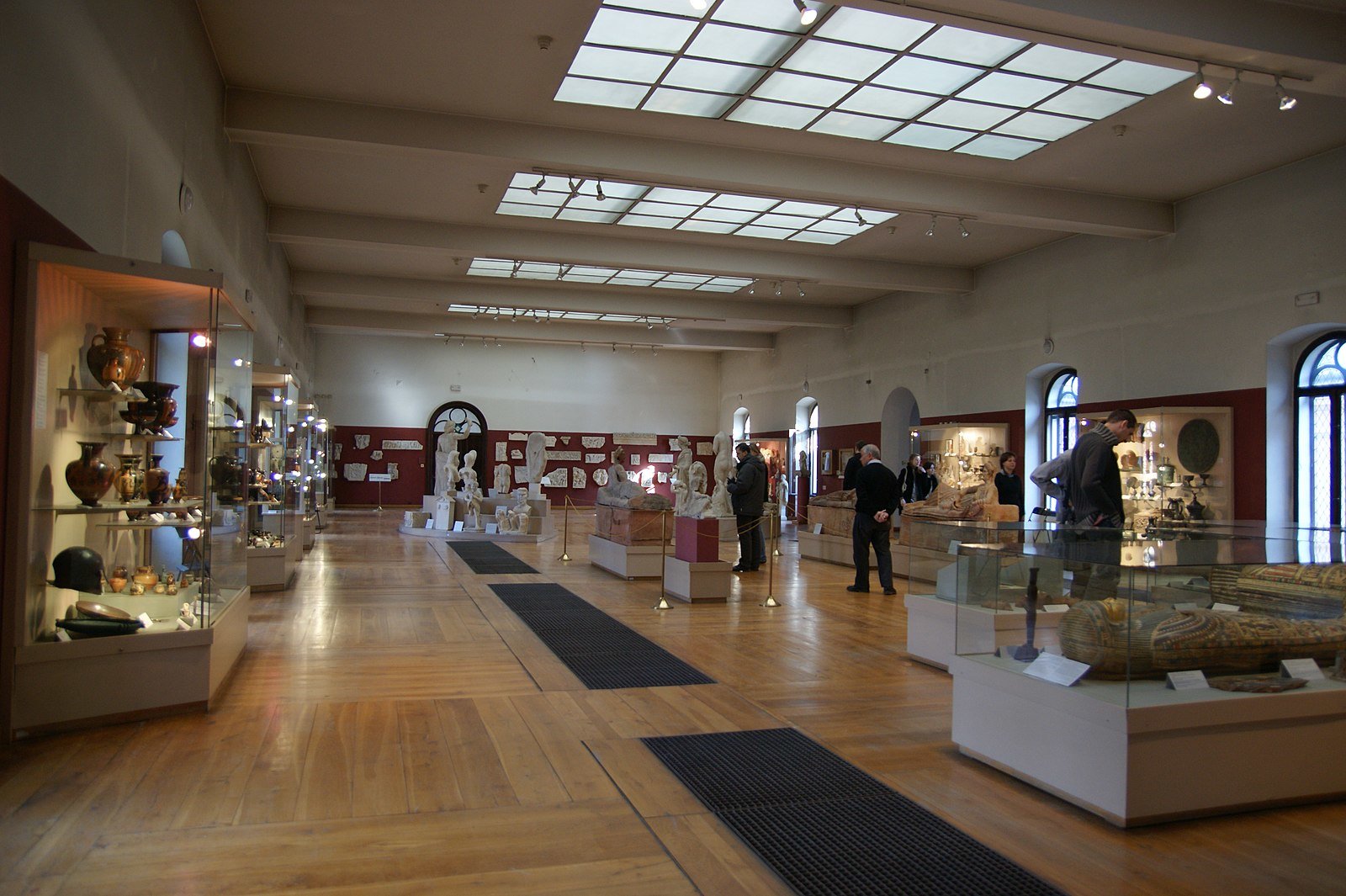 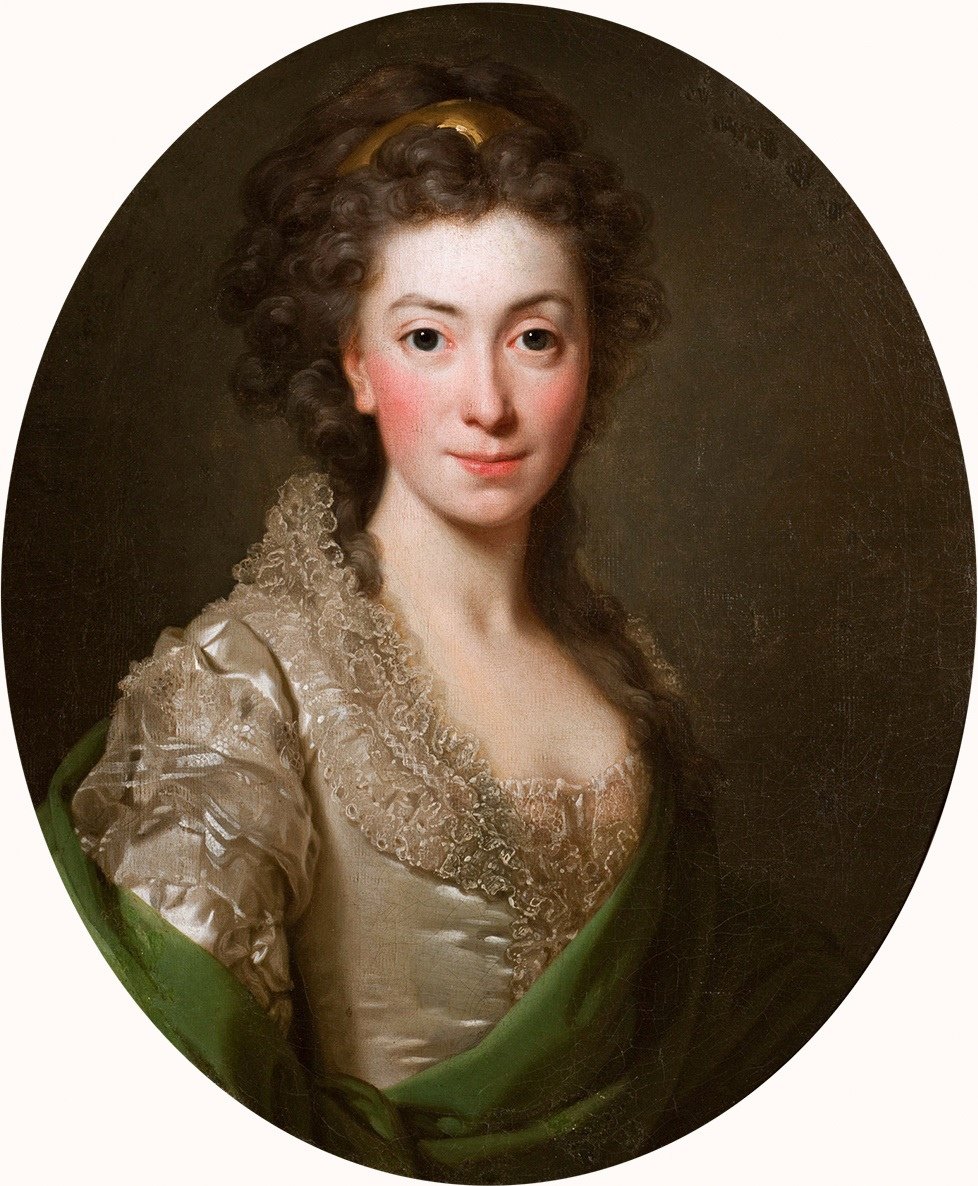 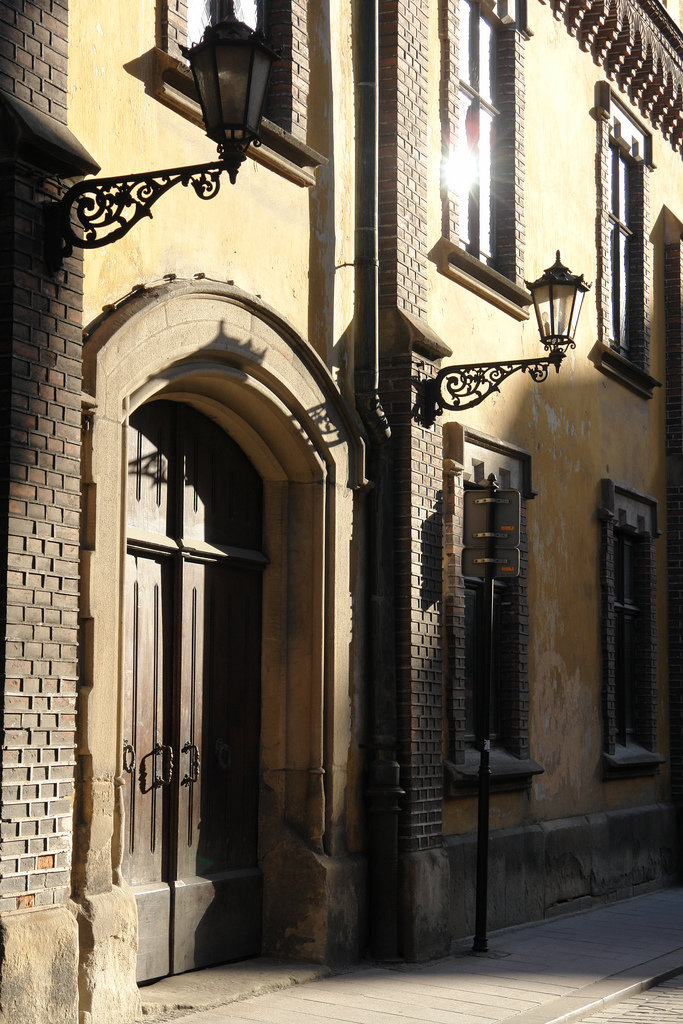 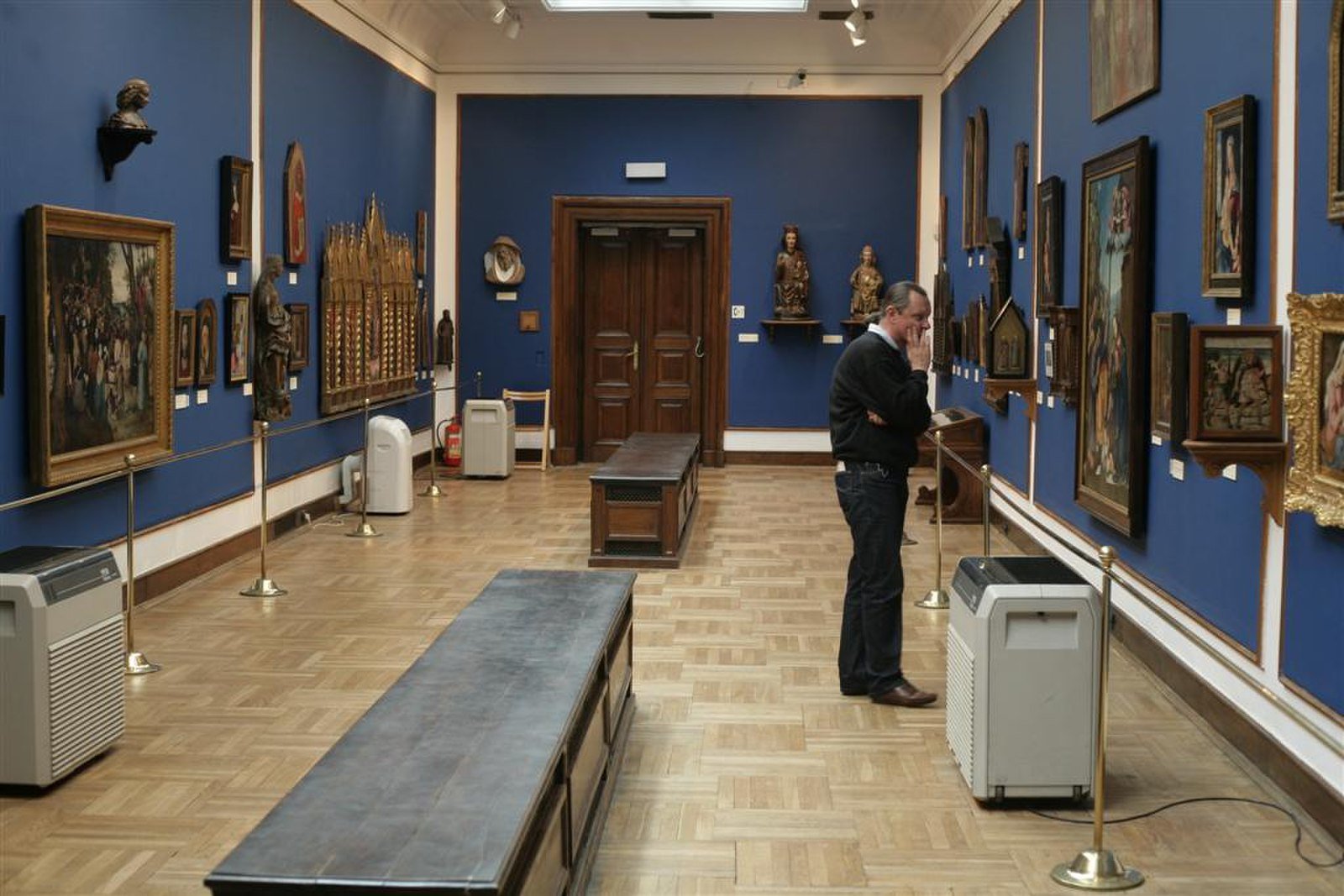 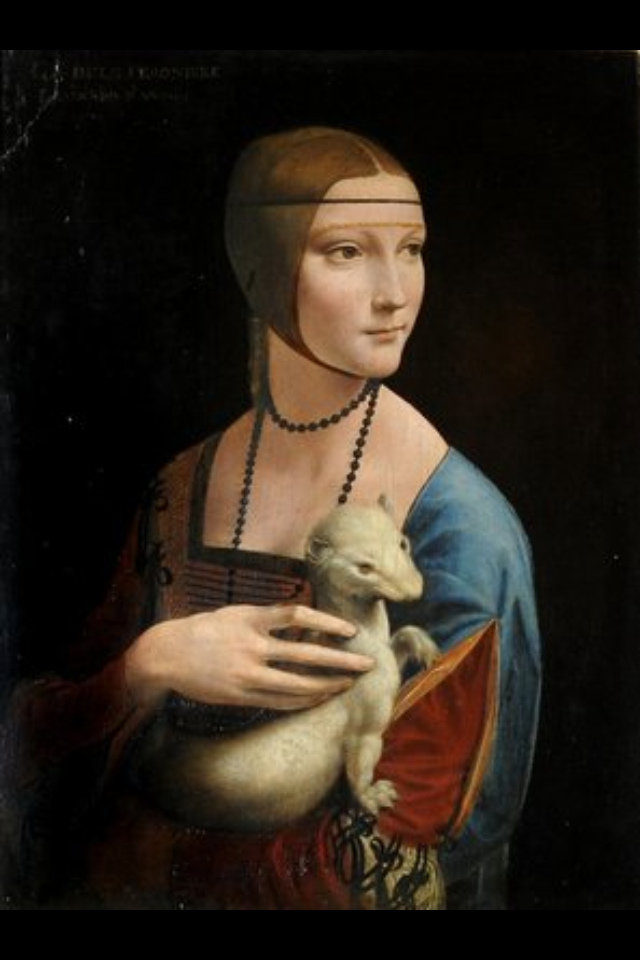 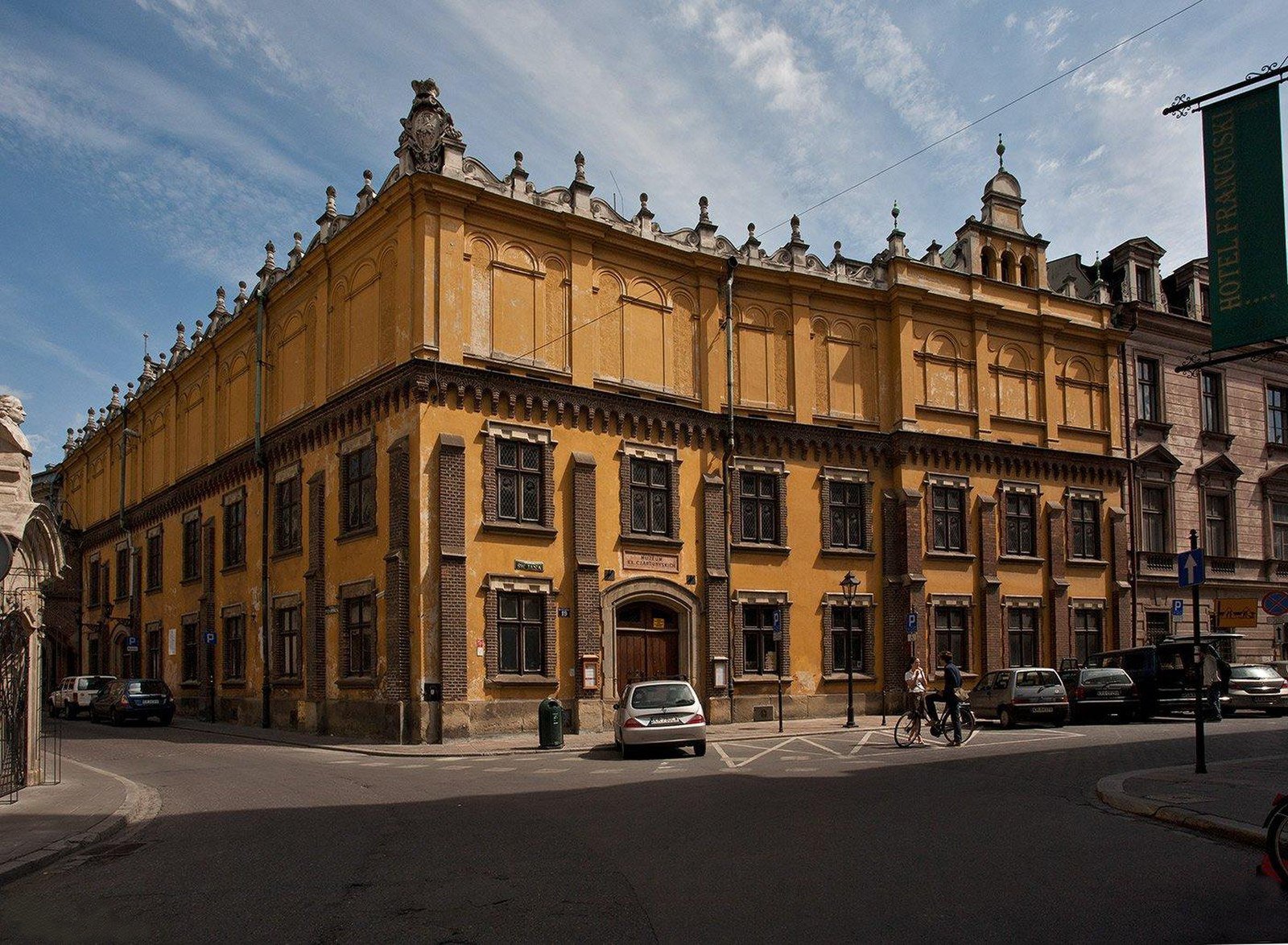 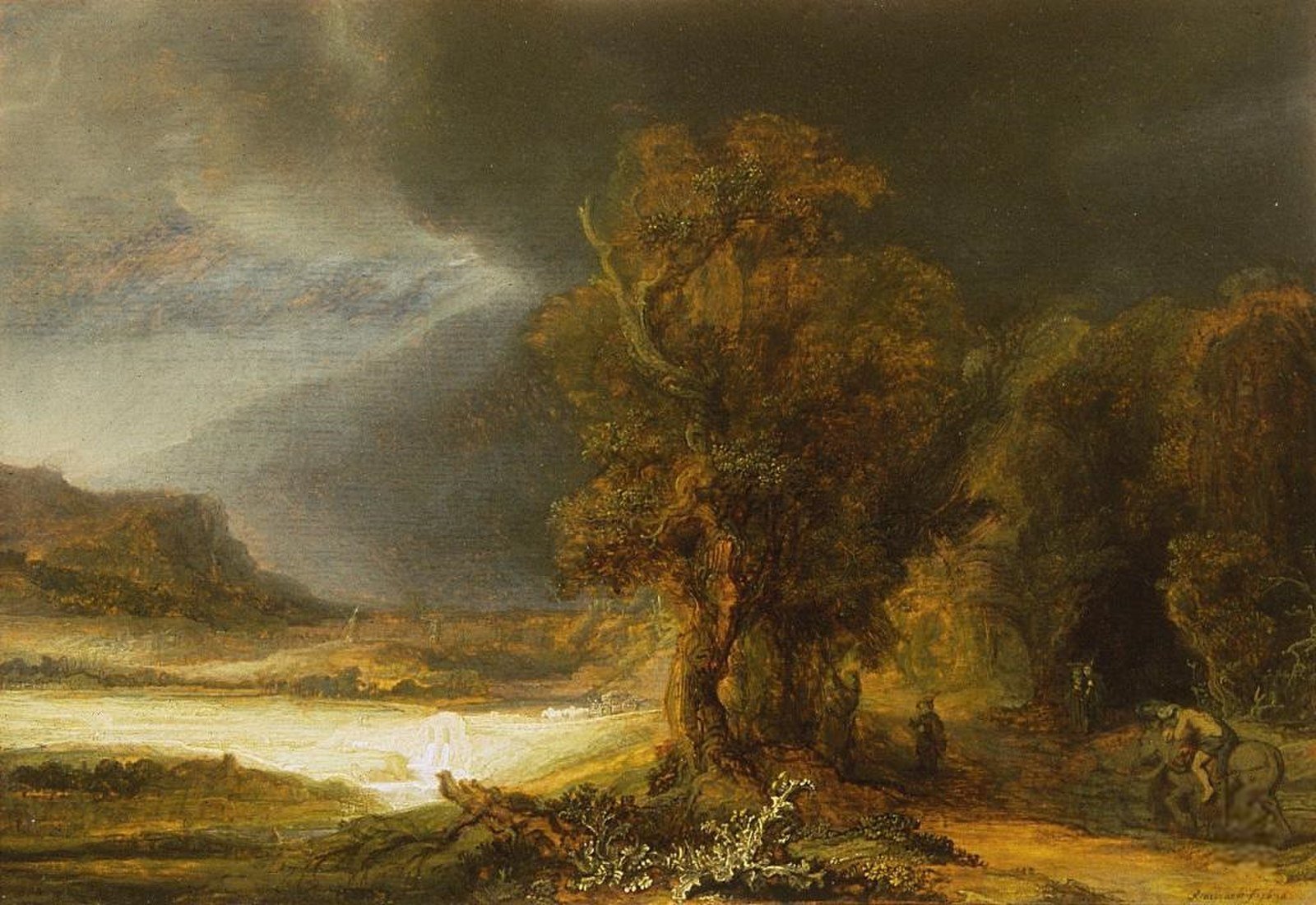 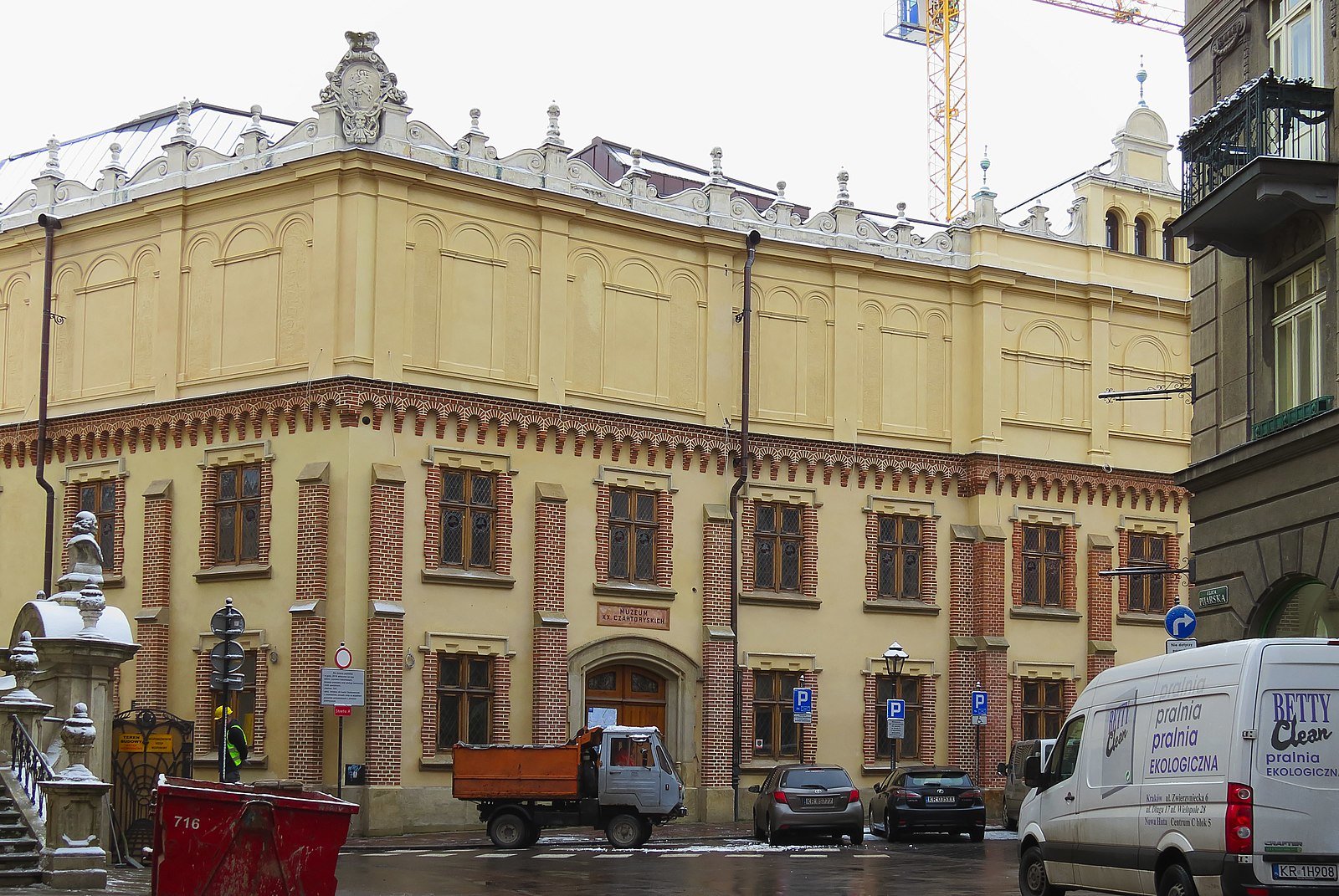 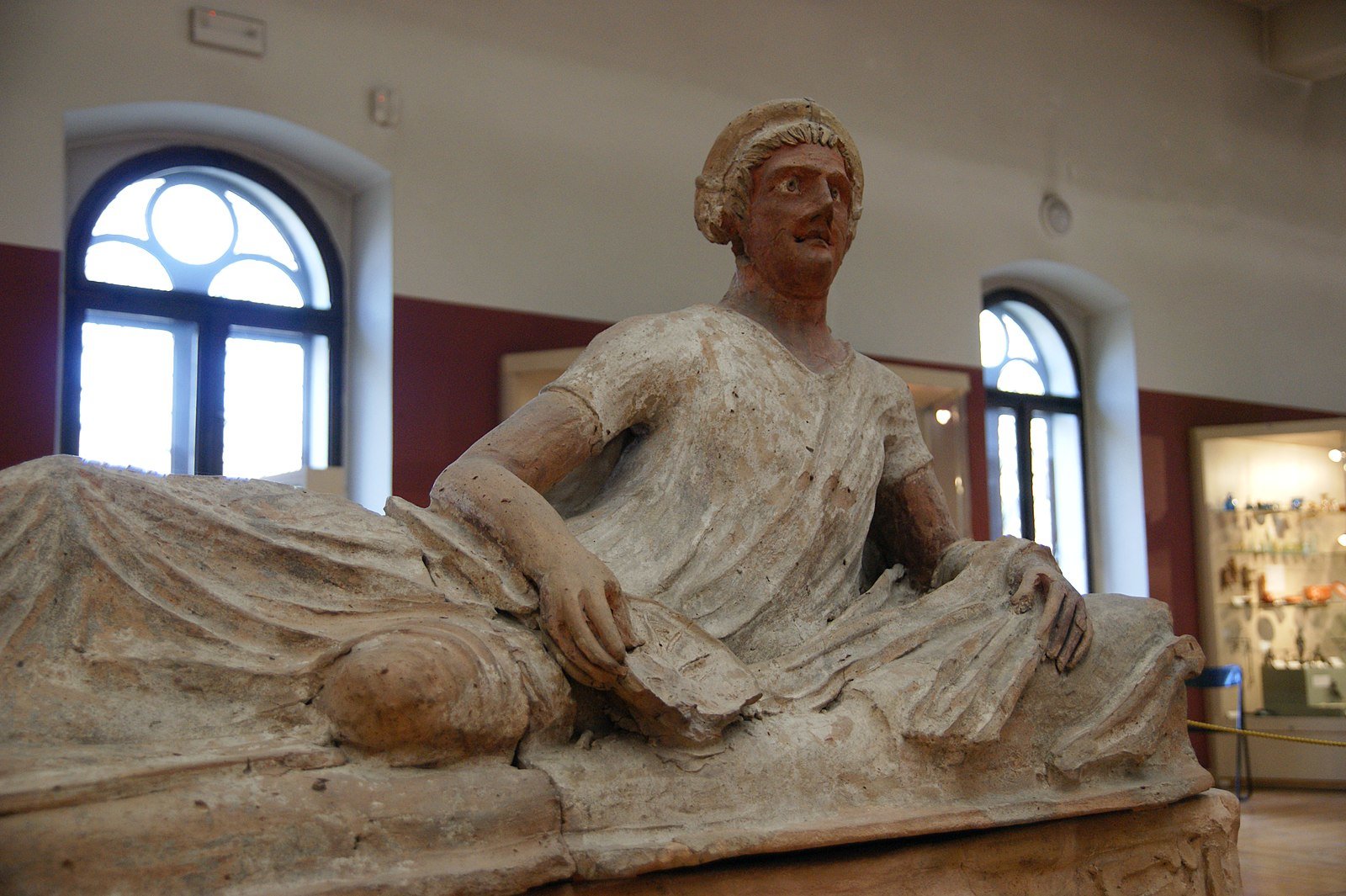 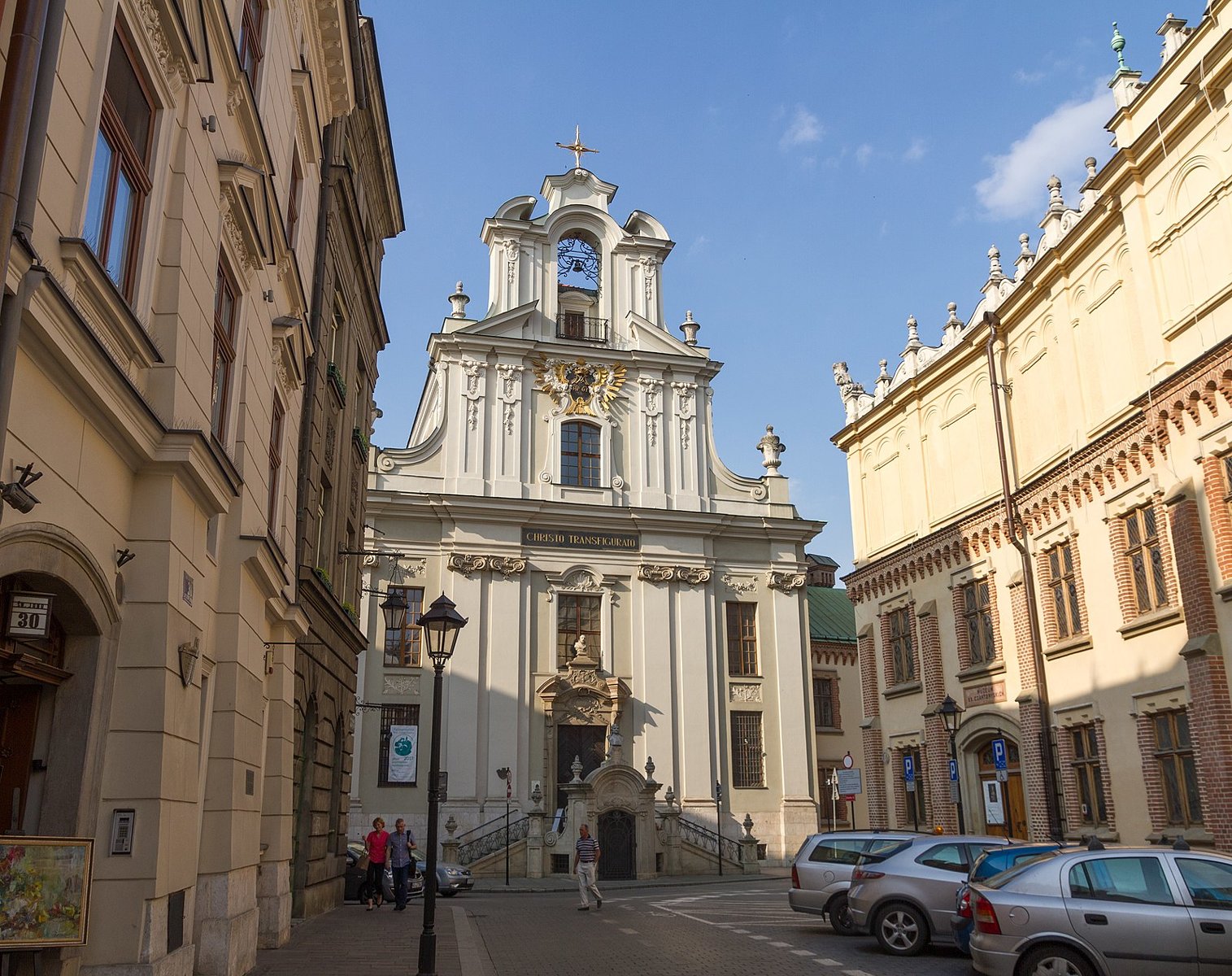 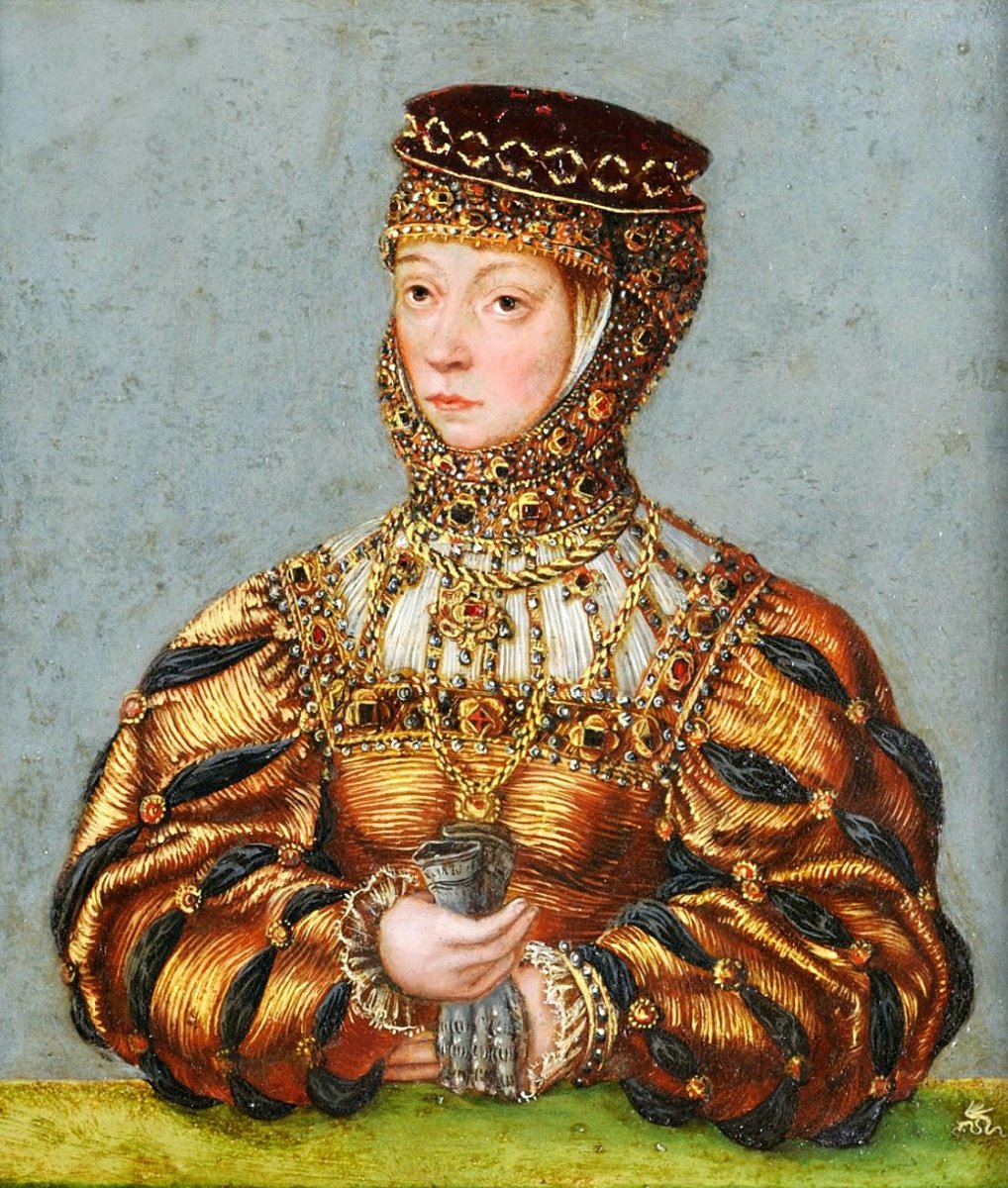 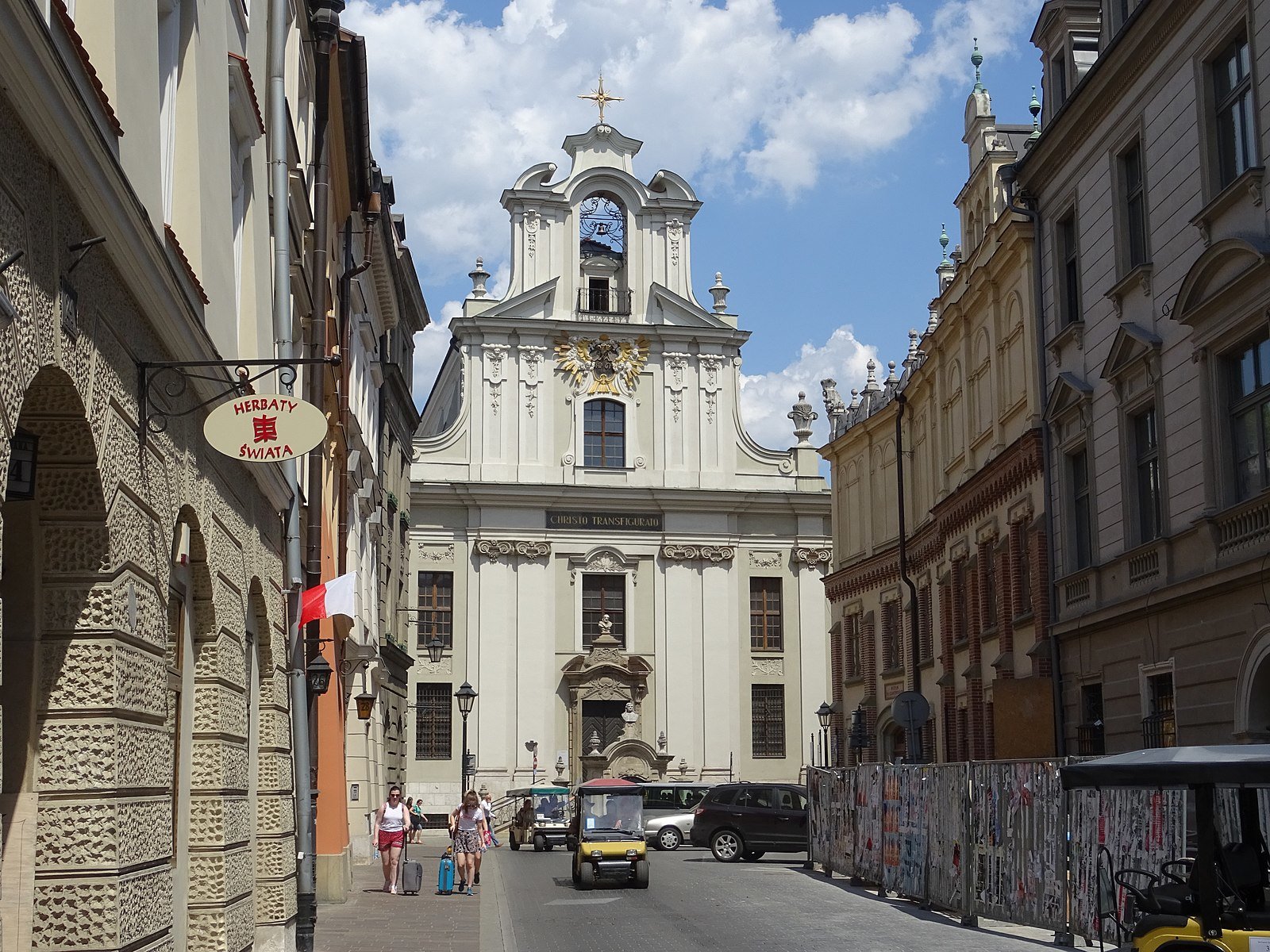 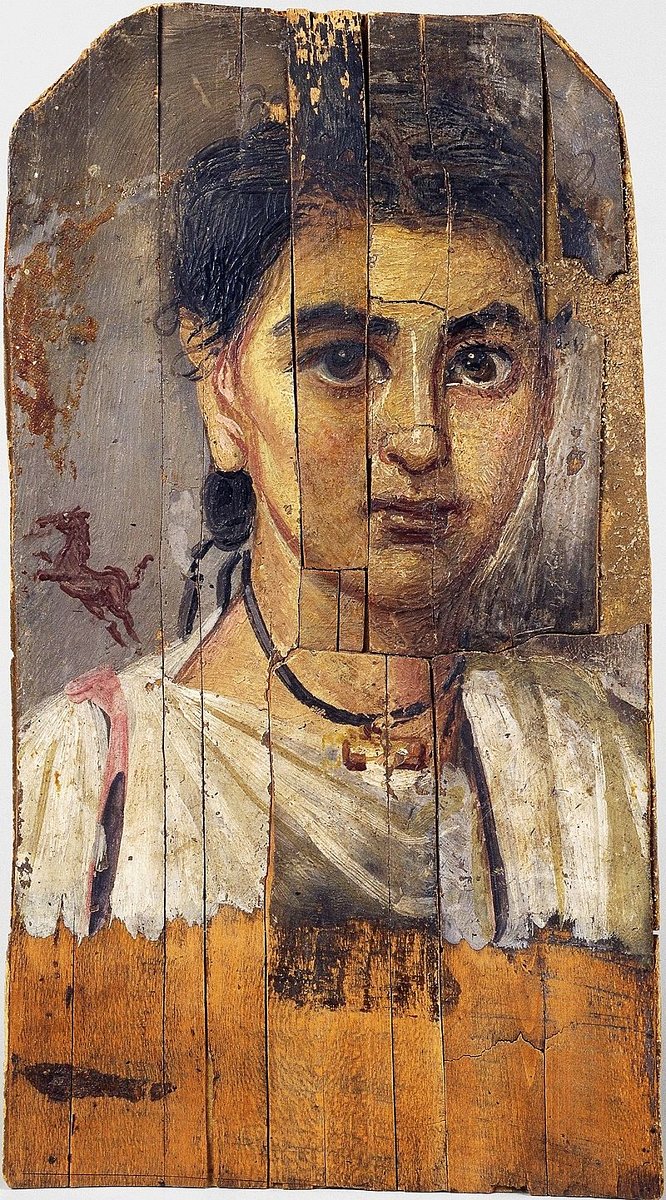 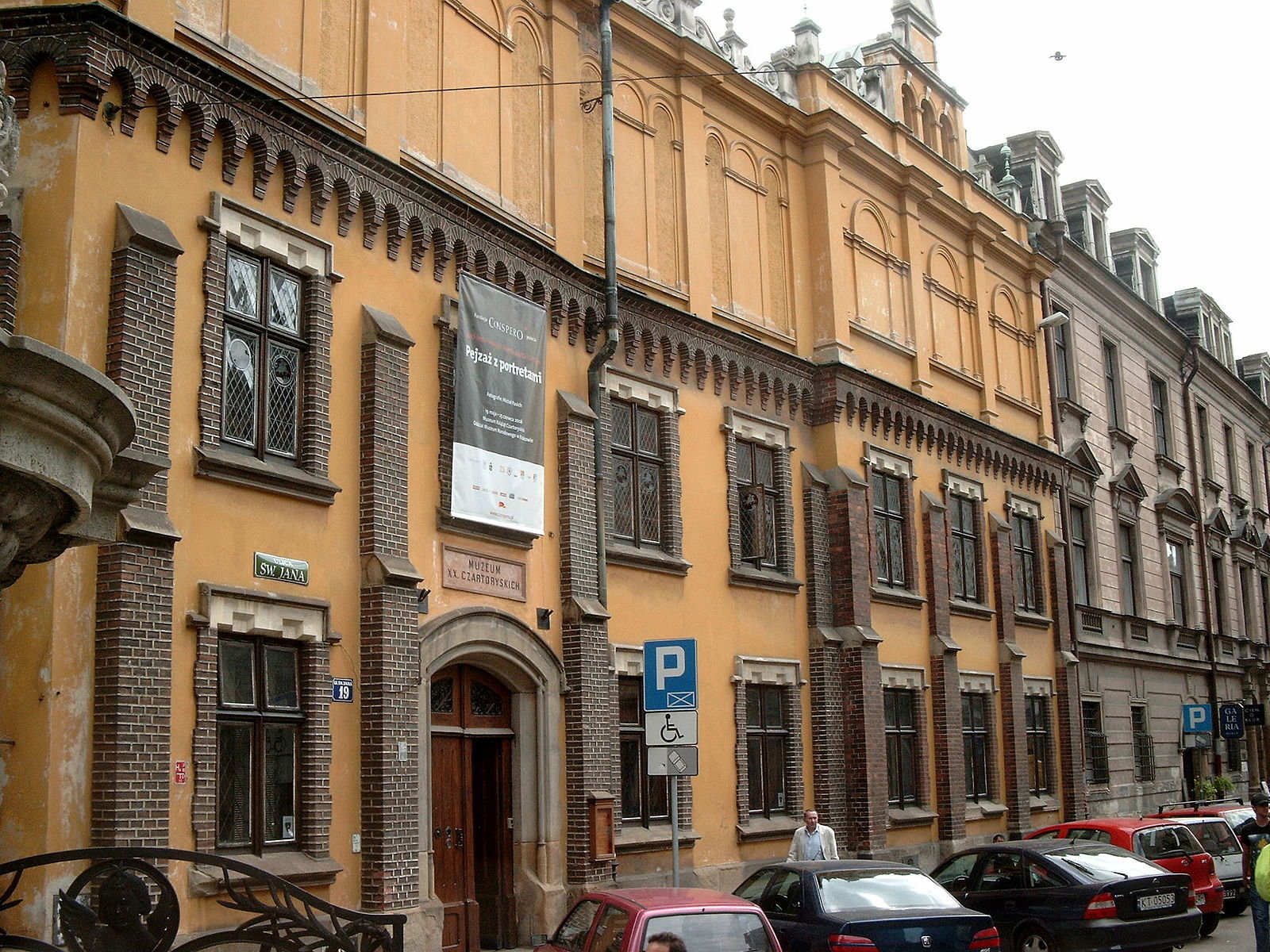 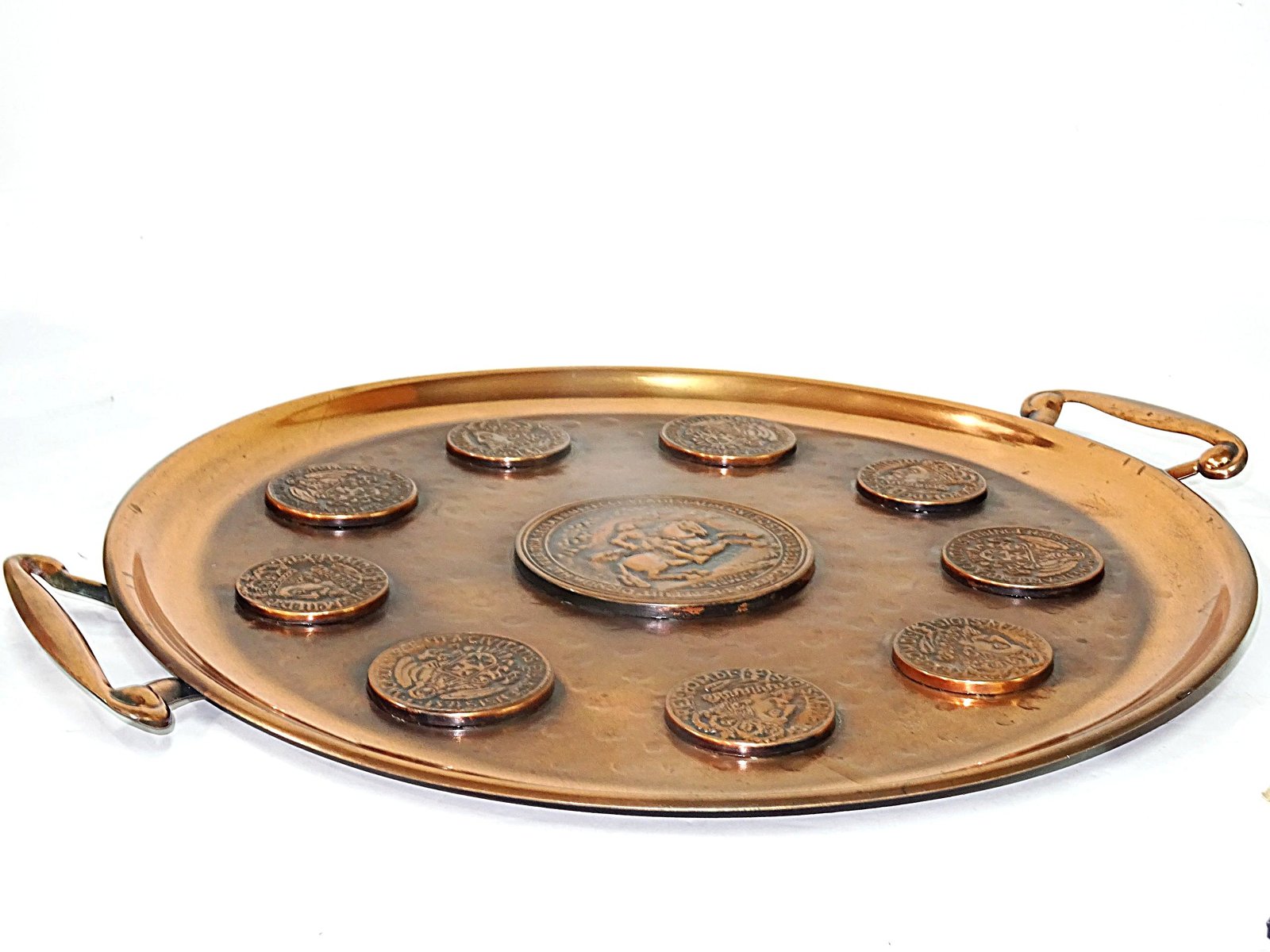 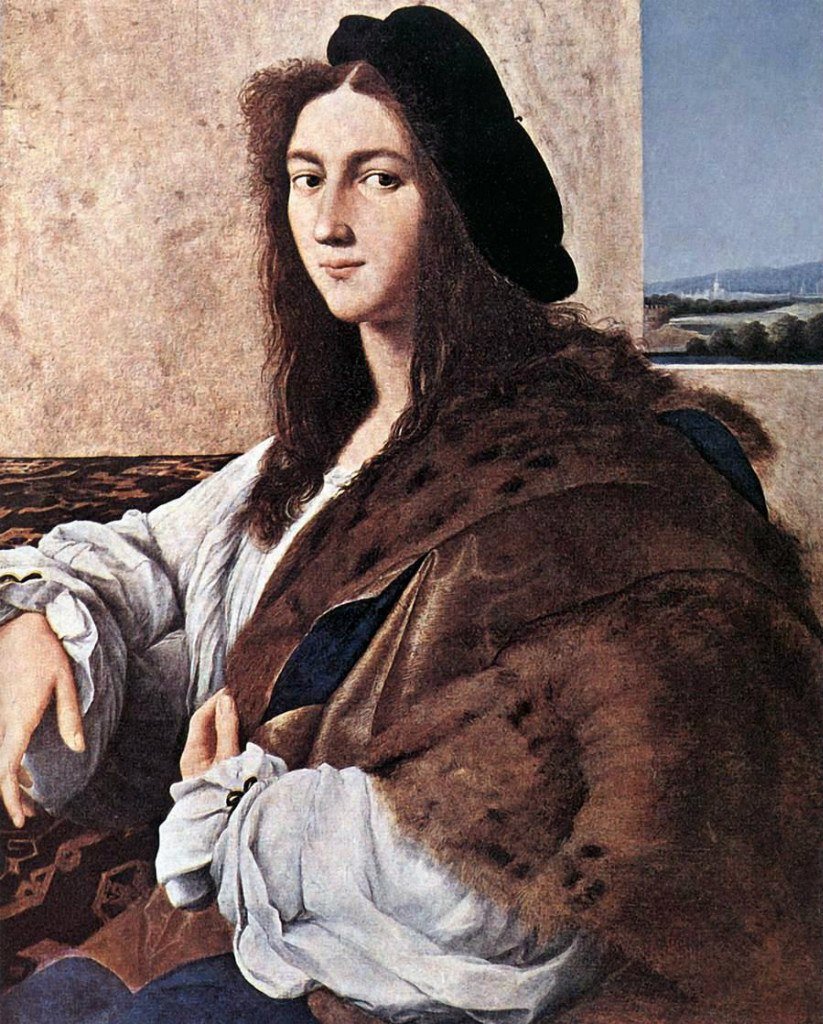 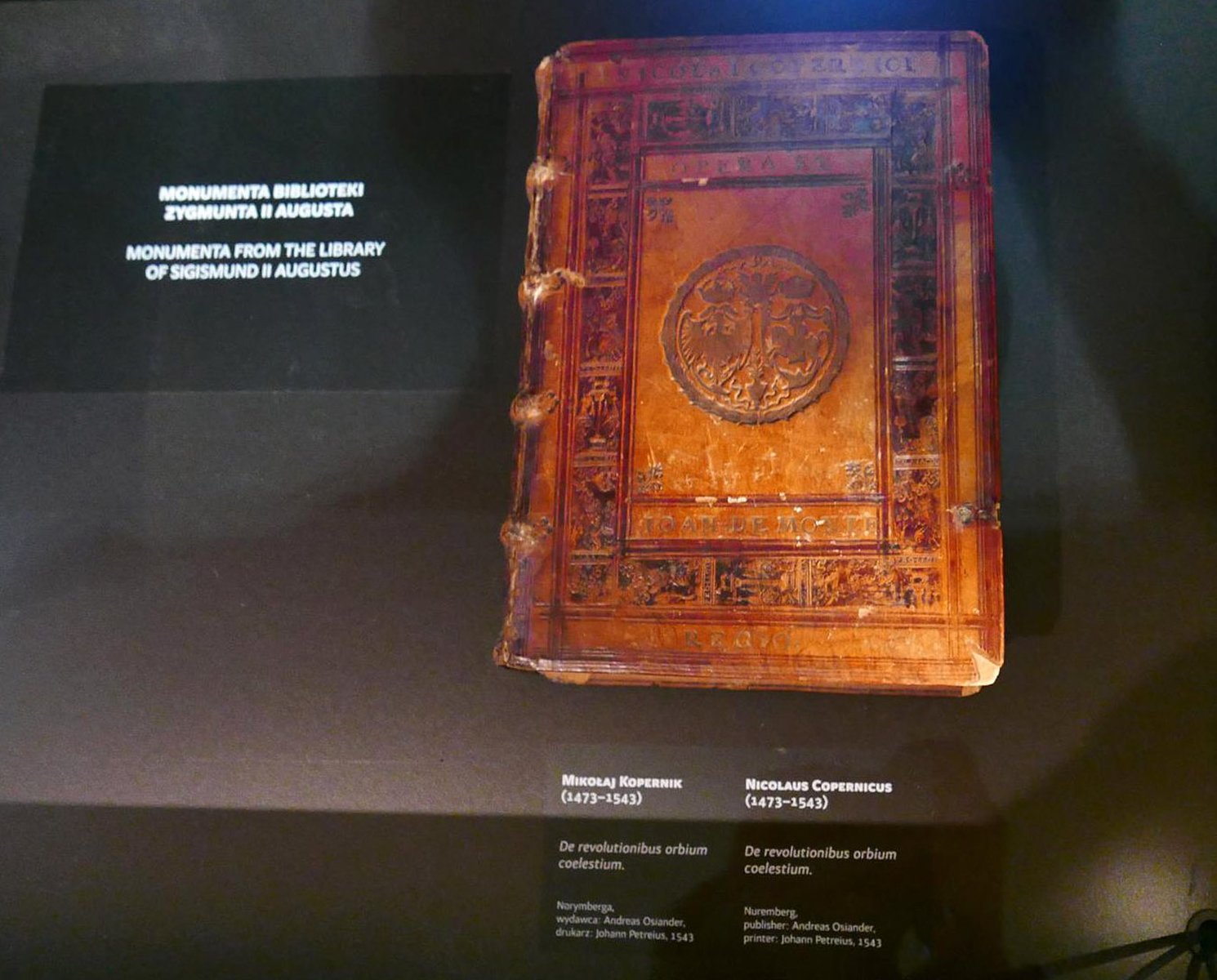