×
What are you looking for?
See all results
Mesoamerican sites in Tlalpam 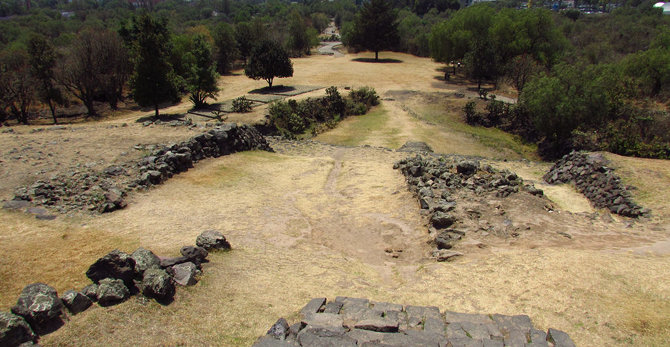 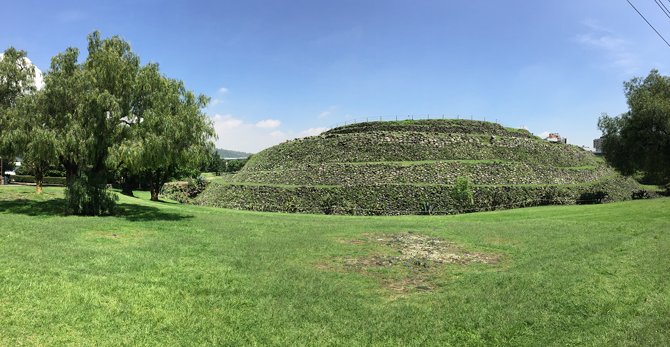 Cuicuilco was an ancient city in the central Mexican highlands, on the southern shore of the Lake Texcoco in the southeastern Valley of Mexico. Today, it is a significant archaeological site that was occupied during the Mesoamerican Middle and Late Formative (ca. 700 B.C. to A.D. 150). Based on its date of occupation, Cuicuilco may be the oldest city in the Valley of Mexico and was roughly contemporary with, and possibly interacting with the Olmec of the Gulf Coast of lowland Veracruz and Tabasco (also known as the Olmec heartland).

According to translations of ancient Nahuatl, Cuicuilco can be interpreted as the "place of prayer" or the "place of the rainbow."

Cuicuilco was originally founded as a farming village, but presents evidence of early religious practices including stone offerings and the use of ceramics as grave goods. The city grew around a large ceremonial center with pyramids and an associated urban area that included plazas and avenues bordering a series of small, shallow pools. These pools were fed by runoff from the nearby hills of Zacayuca and Zacaltepetl. Population at the city's peak is estimated at 20,000 people. Site features include terraces, various buildings, fortifications, and irrigation ditches and canals.

Archaeologists conclude that Cuicuilco was a prominent community prior to the emergence of Teotihuacan as an urban center, noting that the six small communities which some archeologists believe eventually combined to become Teotihuacan were founded and showing evidence of modest growth during the time Cuicuilco was building pyramids and public monuments. The city seems to have been abandoned around A.D. 150 to 200 after the eruption of a nearby volcano, Xitle, although the territory was reoccupied at a much later date. Pottery, and other evidence, suggest that refugees from the volcanic disaster migrated north and became part of the population pool of Teotihuacan, near the northern shore of the Lake Texcoco.

borough in the background]] The site of Cuicuilco is covered by a dense volcanic lava field known as the Pedregal de San Ángel. The lava covers an area of approximately 80 km², including the foothills of the Ajusco mountain range and extending down to a nearby lake shore. A 1956 study concluded that the uneven lava deposits, reaching a depth over 10 m in areas, were a major factor in the preservation of Cuicuilco. The site is also inside a modern urban area, and is partially covered by buildings associated with the National University of Mexico. Only partial archaeological investigation has been possible, and modern building techniques have damaged the prehistoric city. Several 1990 archaeological finds at Cuicuilco, consisting of a circular pyramid constructed within a plaza with smaller structures associated with agricultural system, were destroyed for the construction of a multi-storied office complex. Consequently, the true size and complexity of Cuicuilco may be difficult to ascertain.

Reino Aventura ('Adventure Kingdom' in Spanish) was an amusement park

The Luis Barragán House and Studio, located in the Tacubaya suburb of 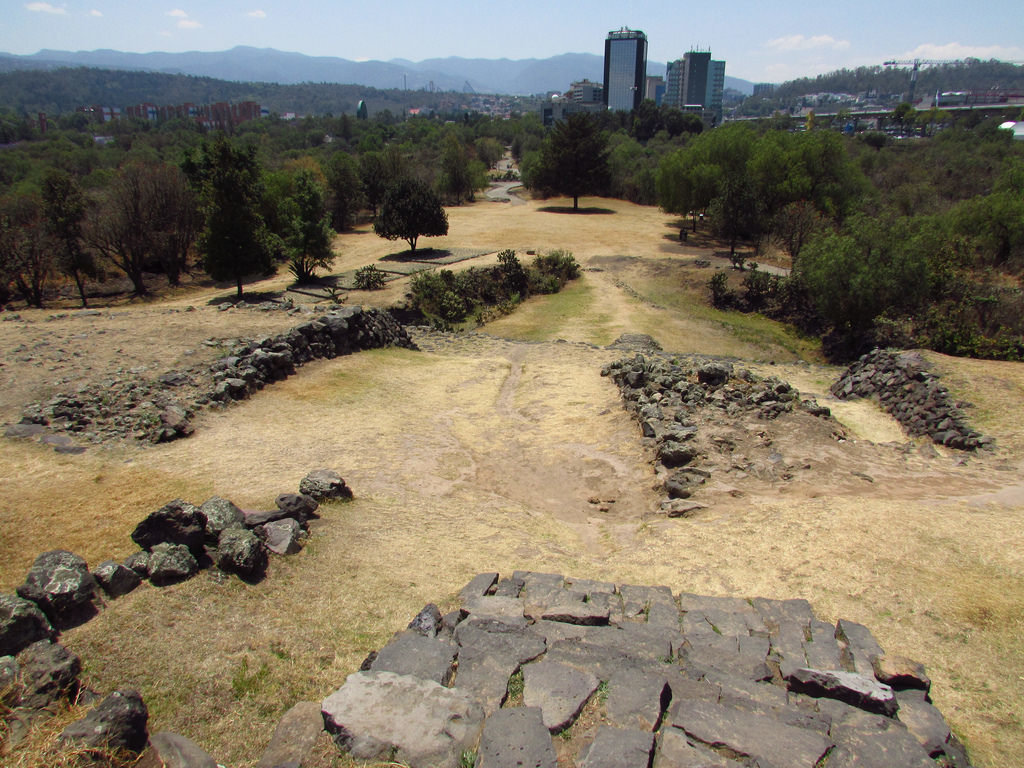 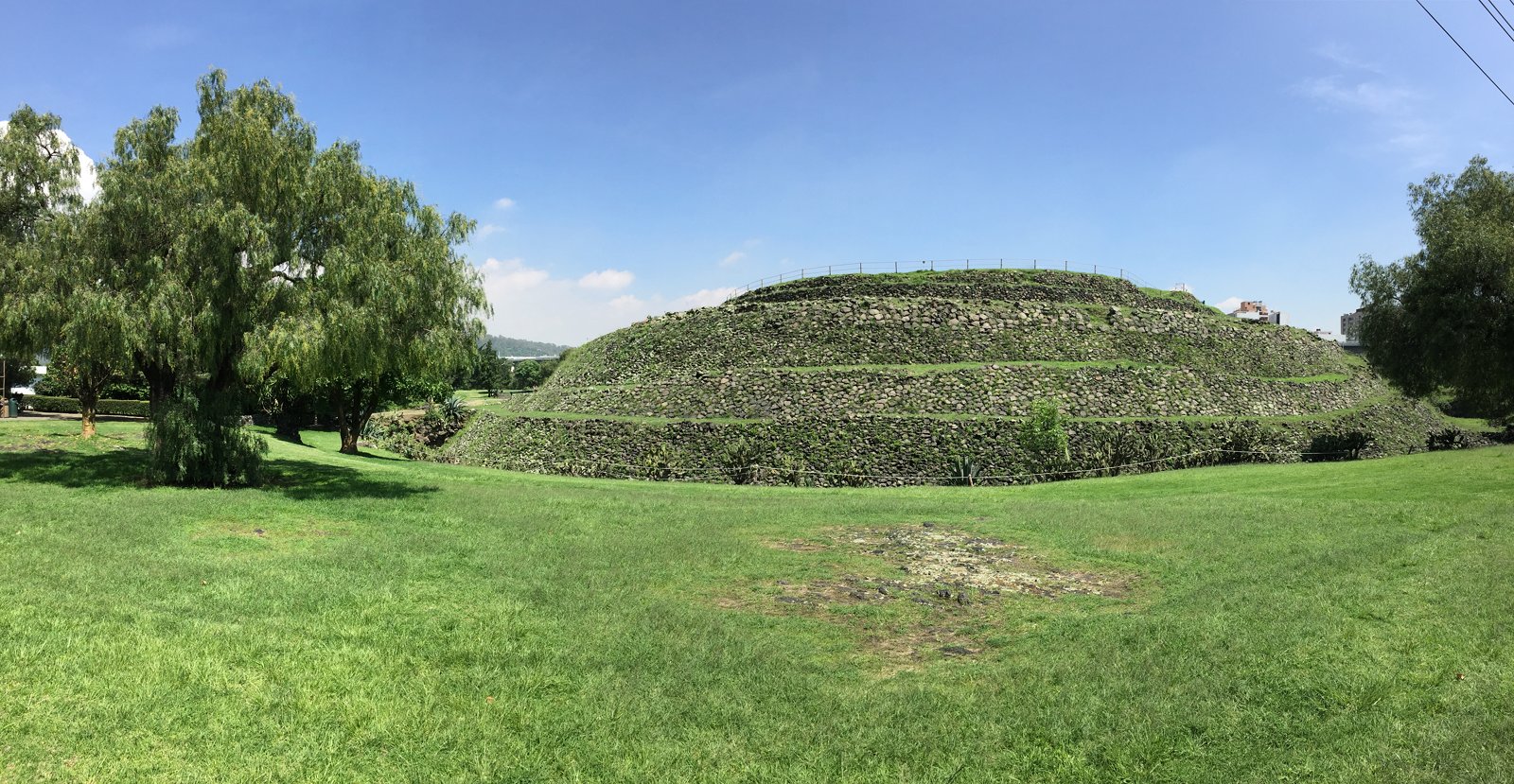 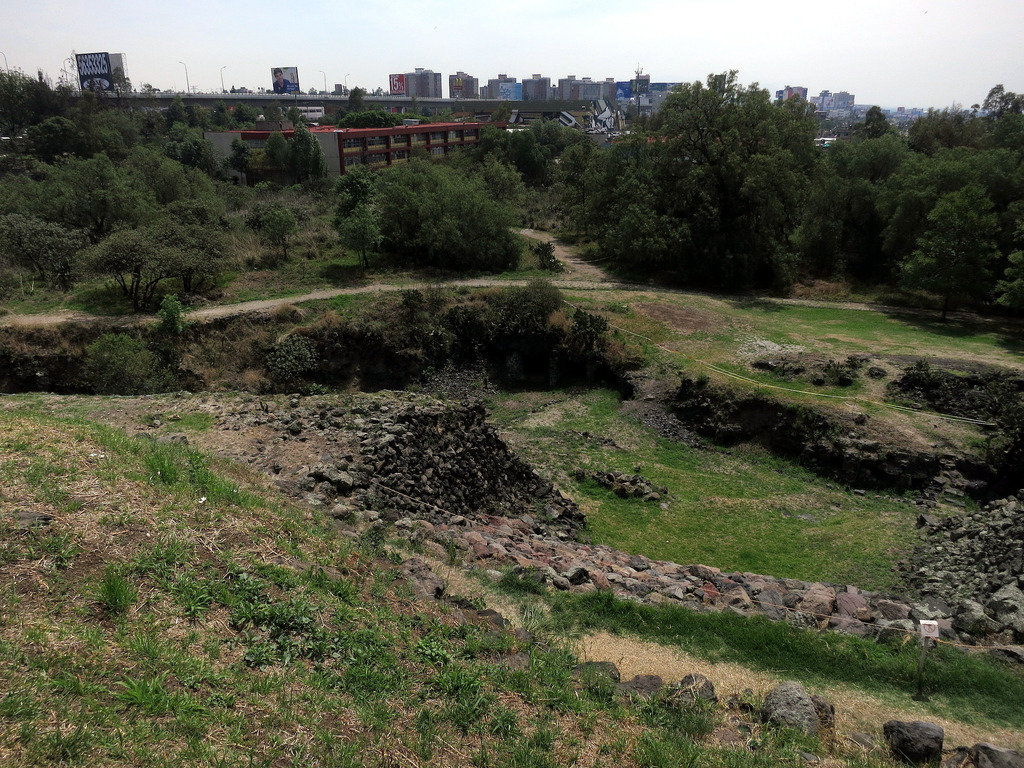 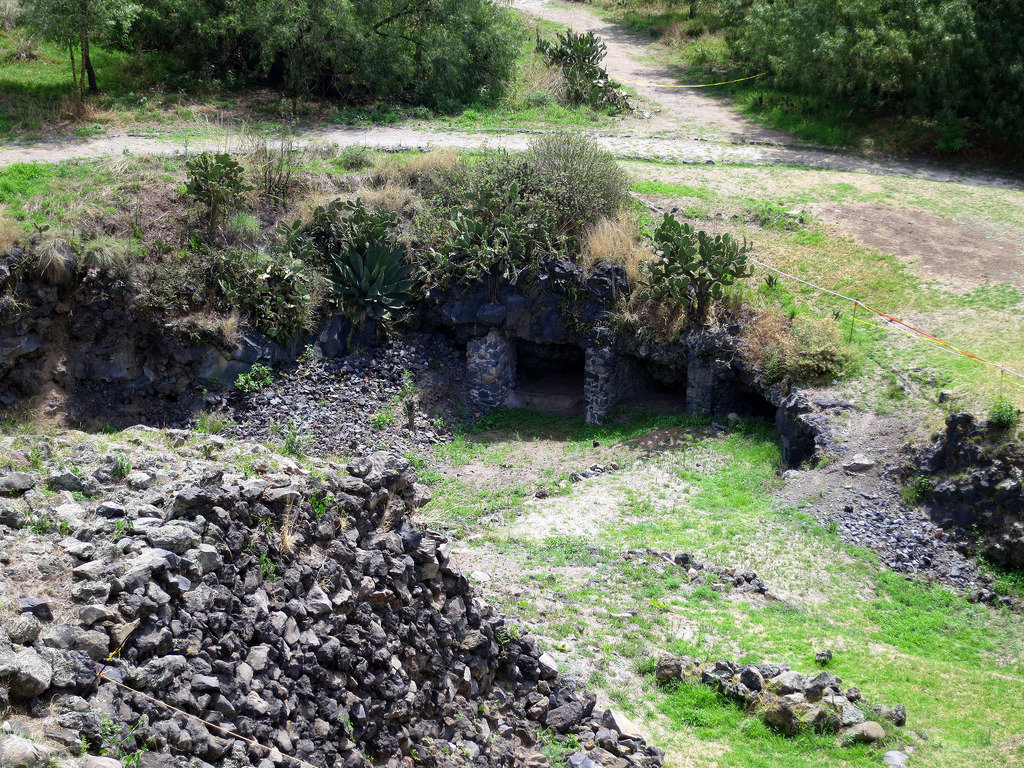 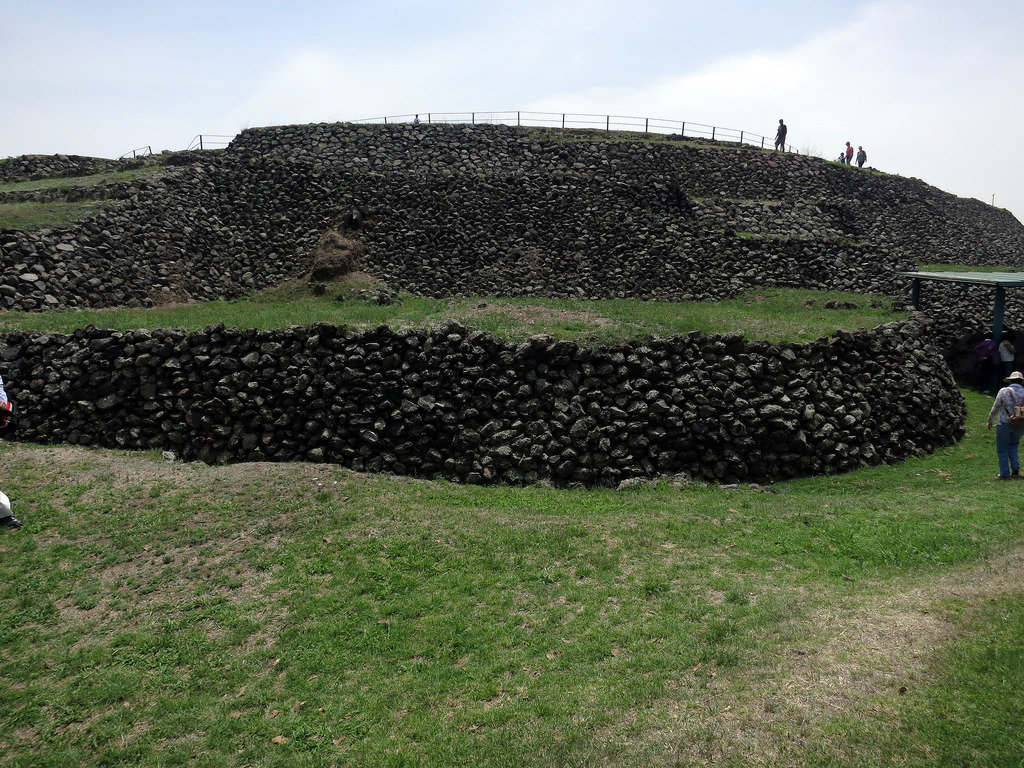 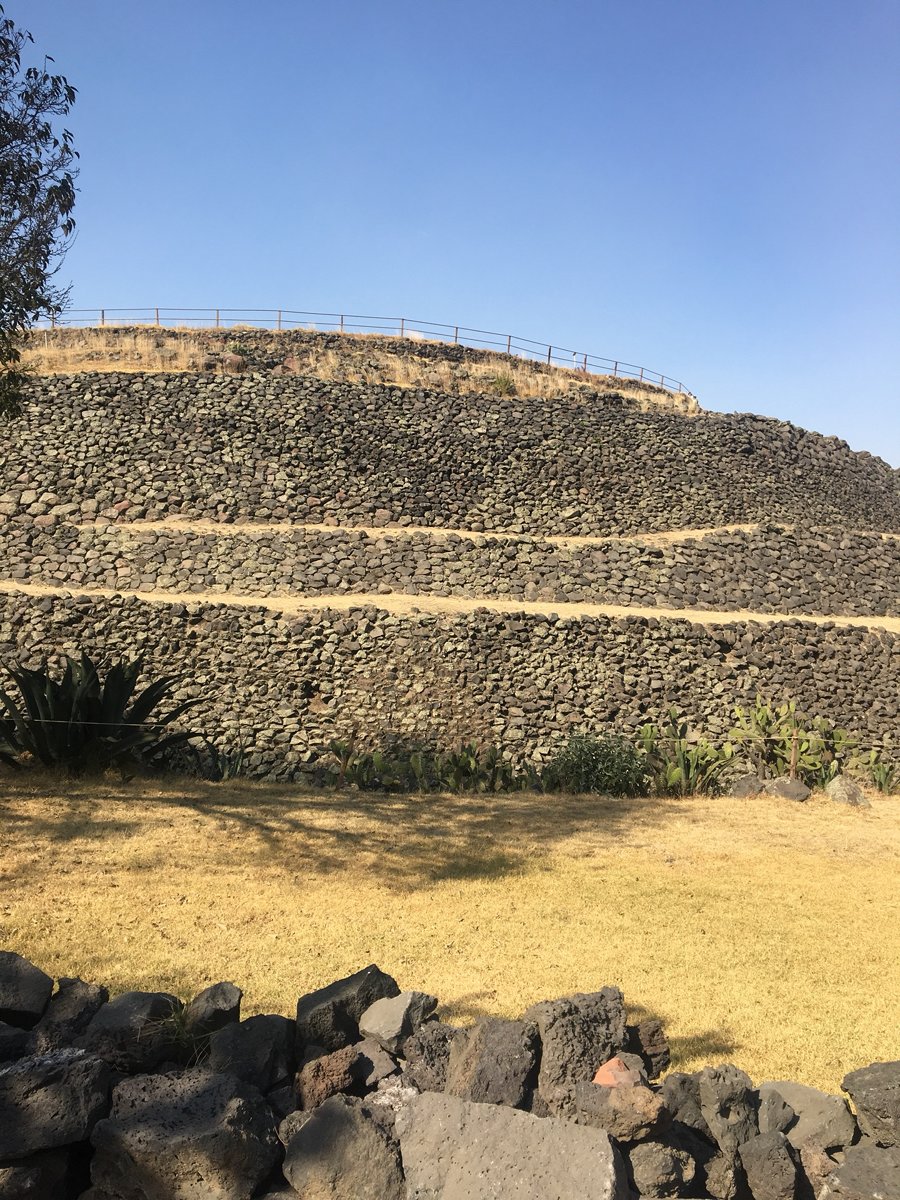 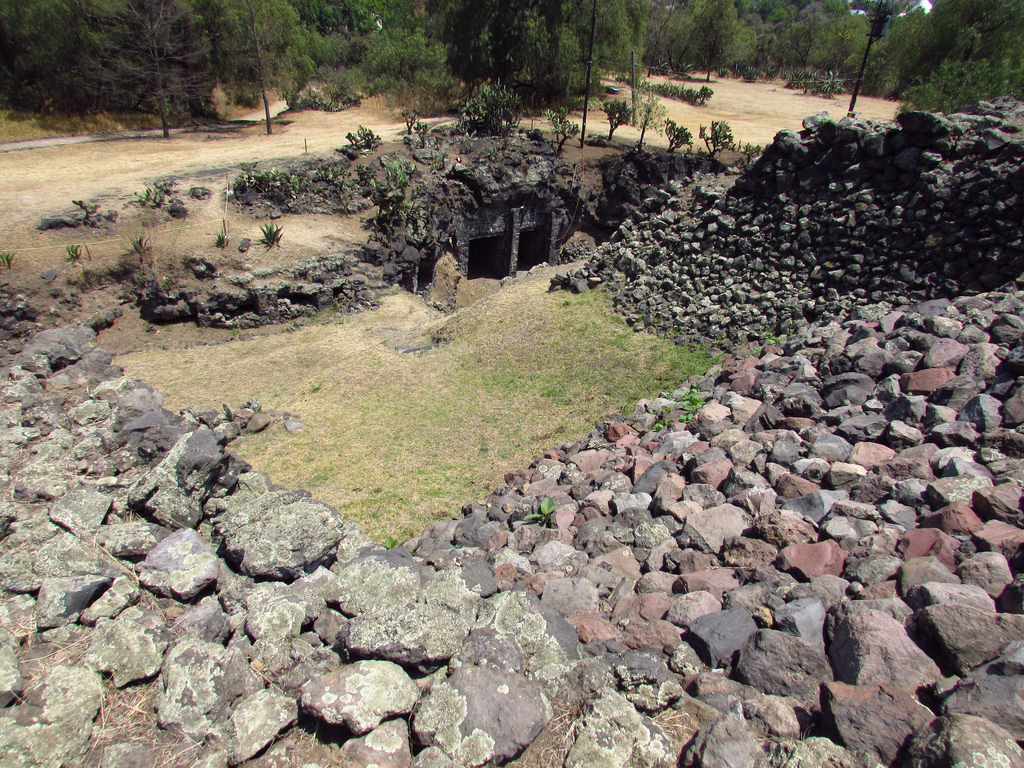 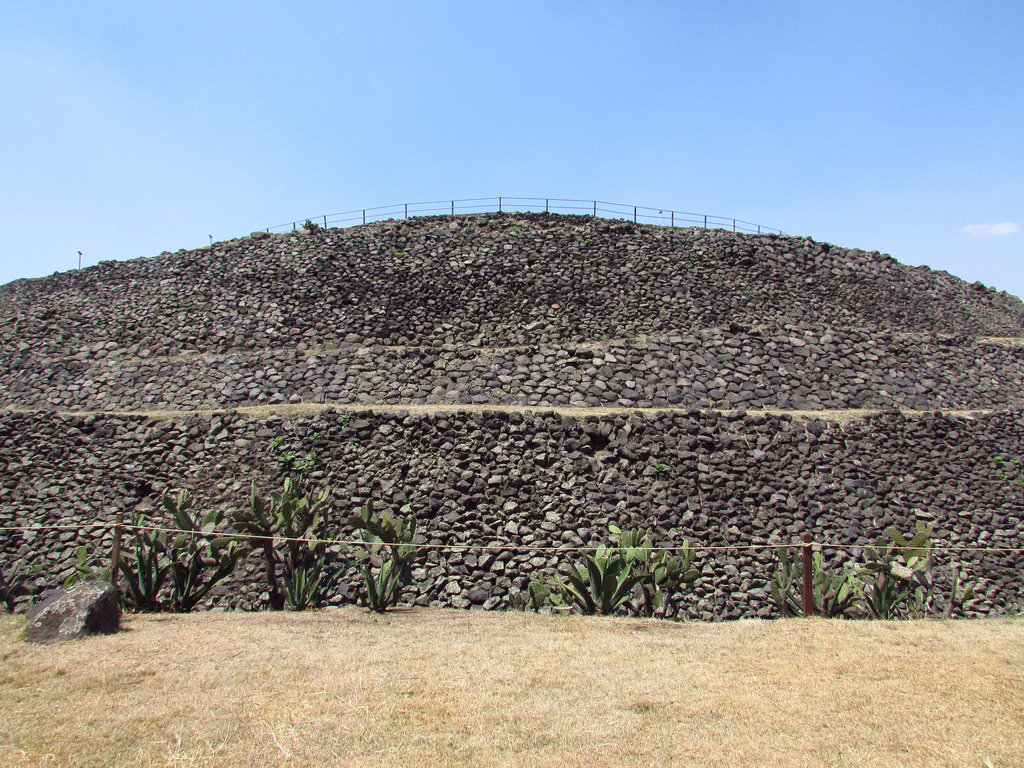 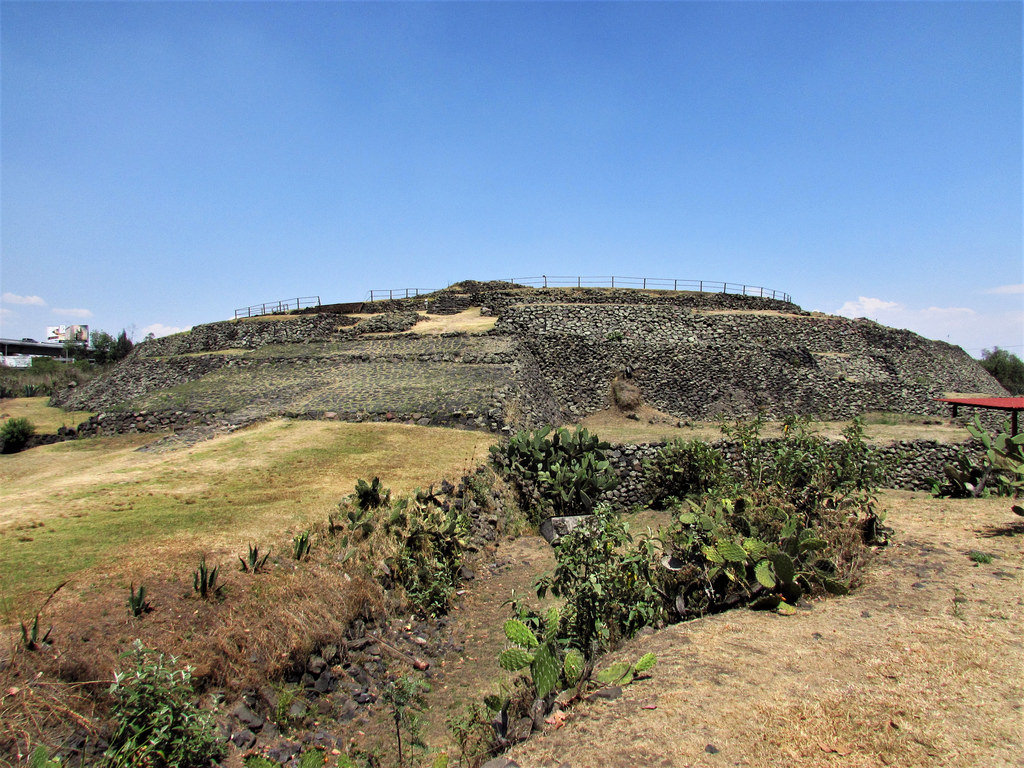