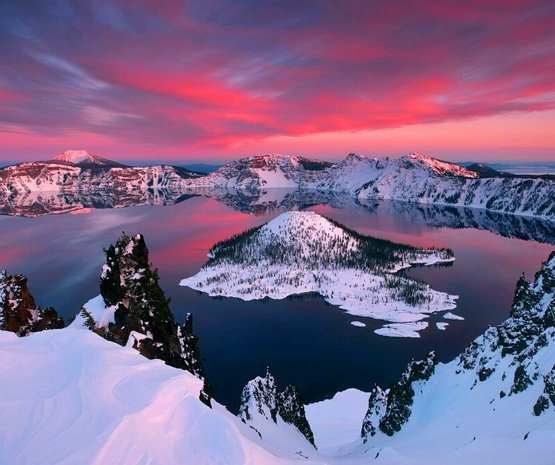 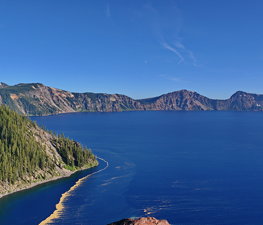 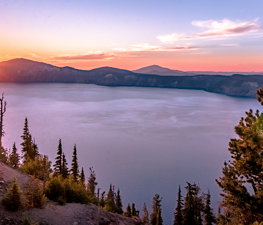 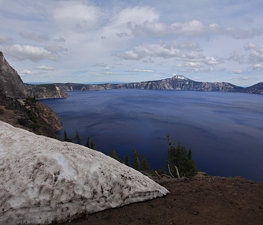 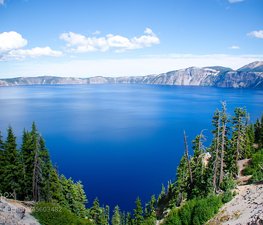 Crater Lake is a caldera lake located in the U.S. state of Oregon. It is the main feature of Crater Lake National Park and famous for its deep blue color and water clarity. The lake partly fills a nearly 4,000 foot (1,220 m) deep caldera that was formed around 5,677 (± 150) BC by the collapse of the volcano Mount Mazama.

On June 12, 1853, John Wesley Hillman was reportedly the first European American to see what he named "Deep Blue Lake" in Oregon. The lake was renamed at least three times, as Blue Lake, Lake Majesty, and finally Crater Lake.

Crater Lake is known for the "Old Man of the Lake," a full-sized tree that has been bobbing vertically in the lake for more than a century. Due to the cold water of the lake, the tree has been rather well preserved.

While having no indigenous fish population, the lake was stocked from 1888 to 1941 with a variety of fish. Several species have formed self sustaining populations.

The commemorative Oregon State Quarter, which was released by the United States Mint in 2005, features an image of Crater Lake on its reverse side.

Mount Mazama, part of the Cascade Range volcanic arc, was built up mostly of andesite, dacite, and rhyodacite over a period of at least 400,000 years. The caldera was created in a massive volcanic eruption that led to the subsidence of Mount Mazama around 5700 BC: about 50 cubic kilometers (12 cubic miles) of rhyodacite was erupted in this event. Since that time, all eruptions on Mazama have been confined to the caldera.

Eventually, the caldera cooled, allowing rain and snow to accumulate and eventually form a lake. Landslides from the caldera rim thereafter formed debris fans and turbidite sediments on the lake bed. Fumaroles and hot springs remained common and active during this period. Also after some time, the slopes of the lake's caldera rim more or less stabilized, streams restored a radial drainage pattern on the mountain, and dense forests began to revegetate the barren landscape. It is estimated that about 720 years was required to fill the lake to its present depth of 594 m. Much of this occurred during a period when the prevailing climate was less moist than at present.

Some hydrothermal activity remains along the lake floor, suggesting that at some time in the future Mazama may erupt once again.

Due to several unique factors, most prominently that it has no inlets or tributaries, the waters of Crater Lake are some of the purest in terms of the absence of pollutants in North America.

The lake has relatively high levels of dissolved salts, total alkalinity, and conductivity. The average pH has generally ranged between 7 and 8.

The Klamath tribe of Native Americans, who may have witnessed the collapse of Mount Mazama and the formation of Crater Lake, have long regarded the lake as a sacred site. Their legends tell of a battle between the sky god Skell and Llao, the god of the underworld. Mount Mazama was destroyed in the battle, creating Crater Lake. The Klamath people used Crater Lake in vision quests, which often involved climbing the caldera walls and other dangerous tasks. Those who were successful in such quests were often regarded as having more spiritual powers. The tribe still holds Crater Lake in high regard as a spiritual site.

Mary S
One of the most beautiful places I've ever been. They allow backpack camping and have multiple trails throughout.

CNN
There's only one safe and legal way to get to the icy lake: Cleetwood Cove Trail, a 1.1-mile (one-way) trail that usually opens in June and drops nearly 700 feet to the lake shore.

Lucy F
Get there by 4pm at latest. Hike down to boat launch and cliff jump. Get to the sunset ranger hike on watchman trail by 6:45. Amazing.

Amy Johnson Cook
Rim trail has stellar views and photo ops with far less crowds than pull offs. Get out and hike for a bit, you won't regret it. Also the PCT section in the park is breathtaking.

Condé Nast Traveler
At 1,943 feet, Crater Lake is the deepest lake in the U.S., and one of its most stunning. There are no streams or rivers feeding it—the lake is the product of pure glacial runoff and precipitation.

Ashley Carter
Pack a lunch; not only will you save A LOT of money over the lodge, but you will be guaranteed to have exactly what you want. Cram it in a backpack, take a hike and have a picnic with GORGEOUS views.
Load more comments
foursquare.com
9.0/10
62,261 people have been here
I've been here
Add to wishlist

Prospect State Scenic Viewpoint, is a state park in the U.S. state of 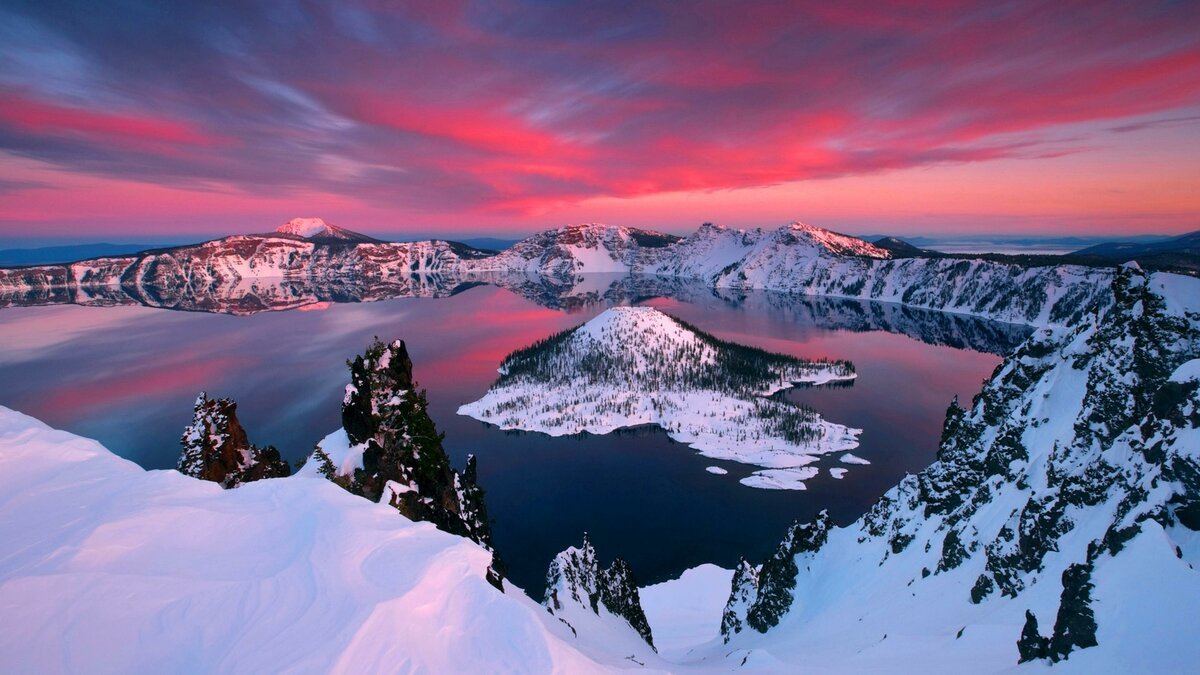 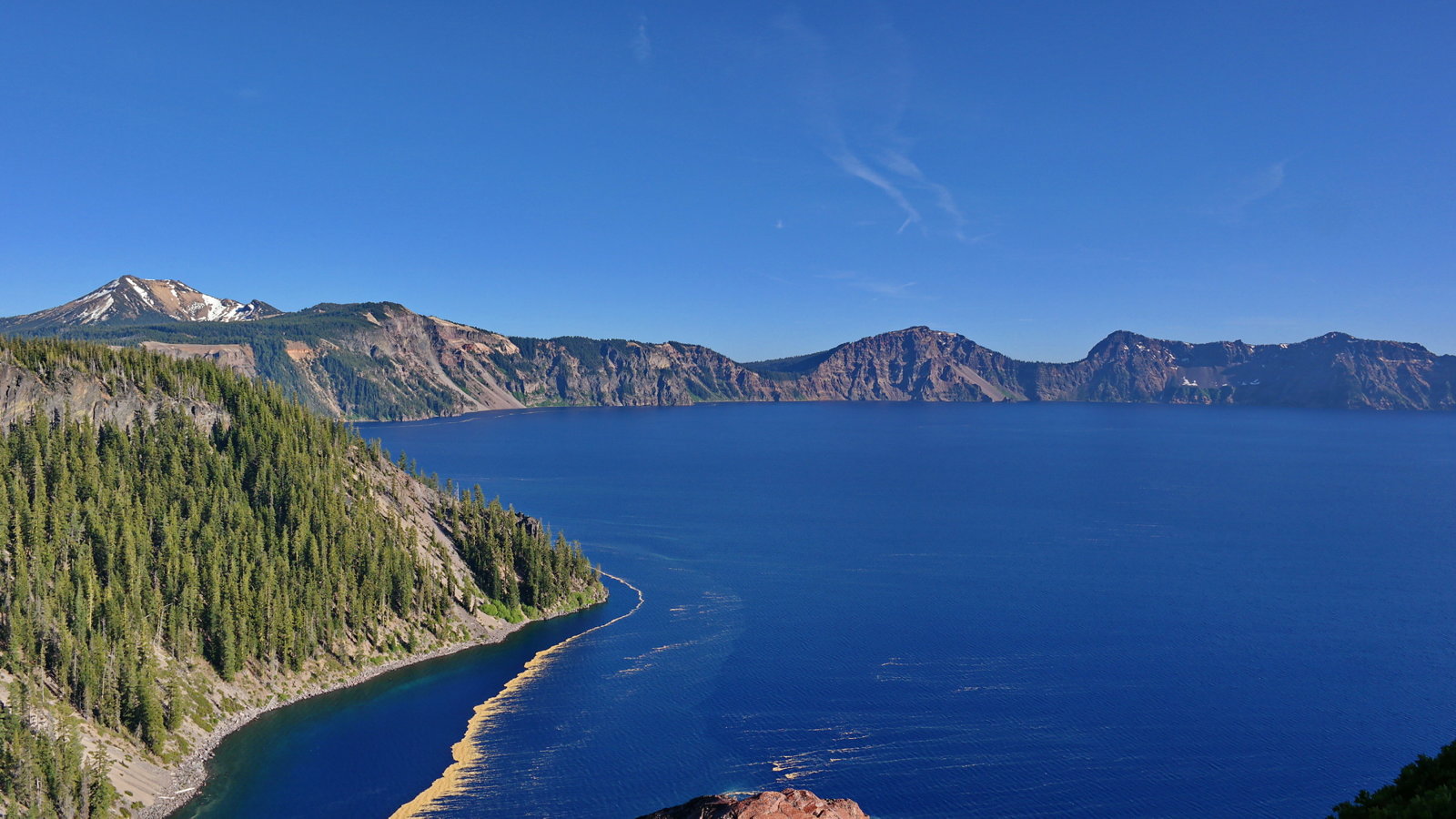 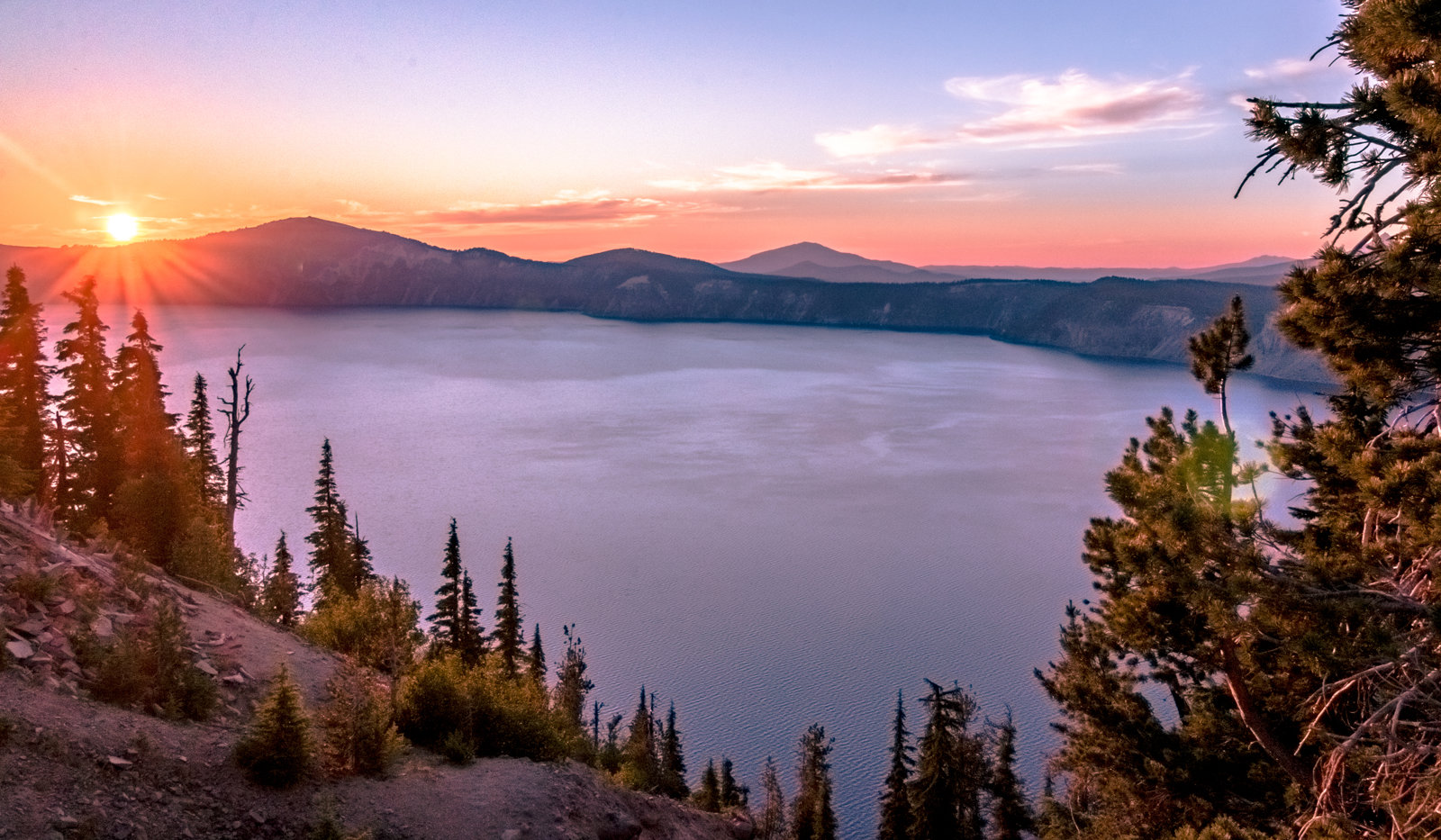 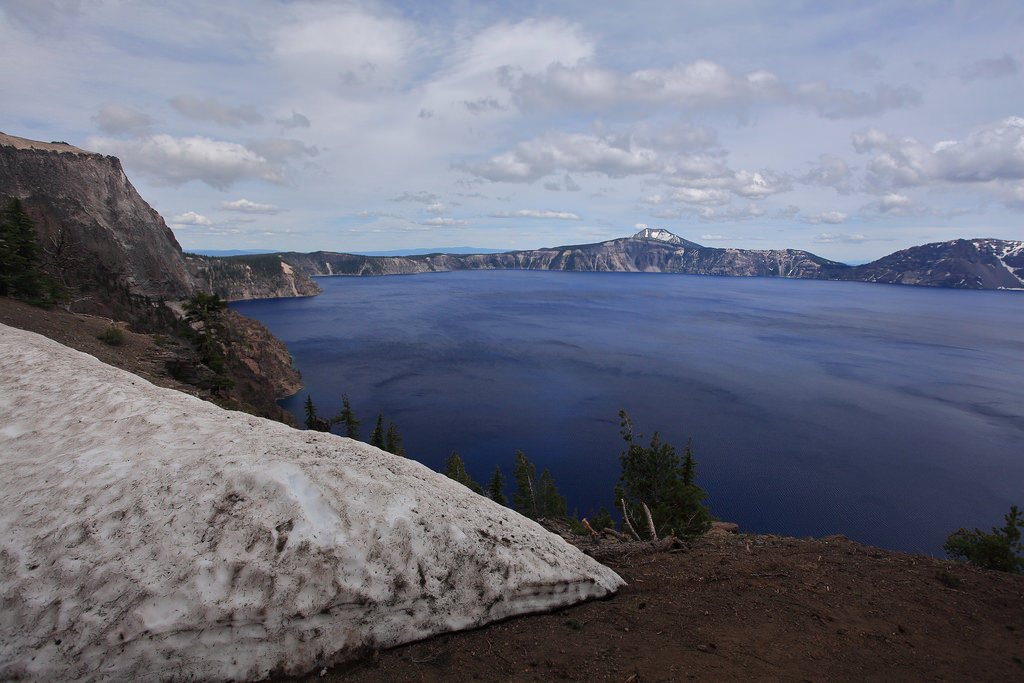 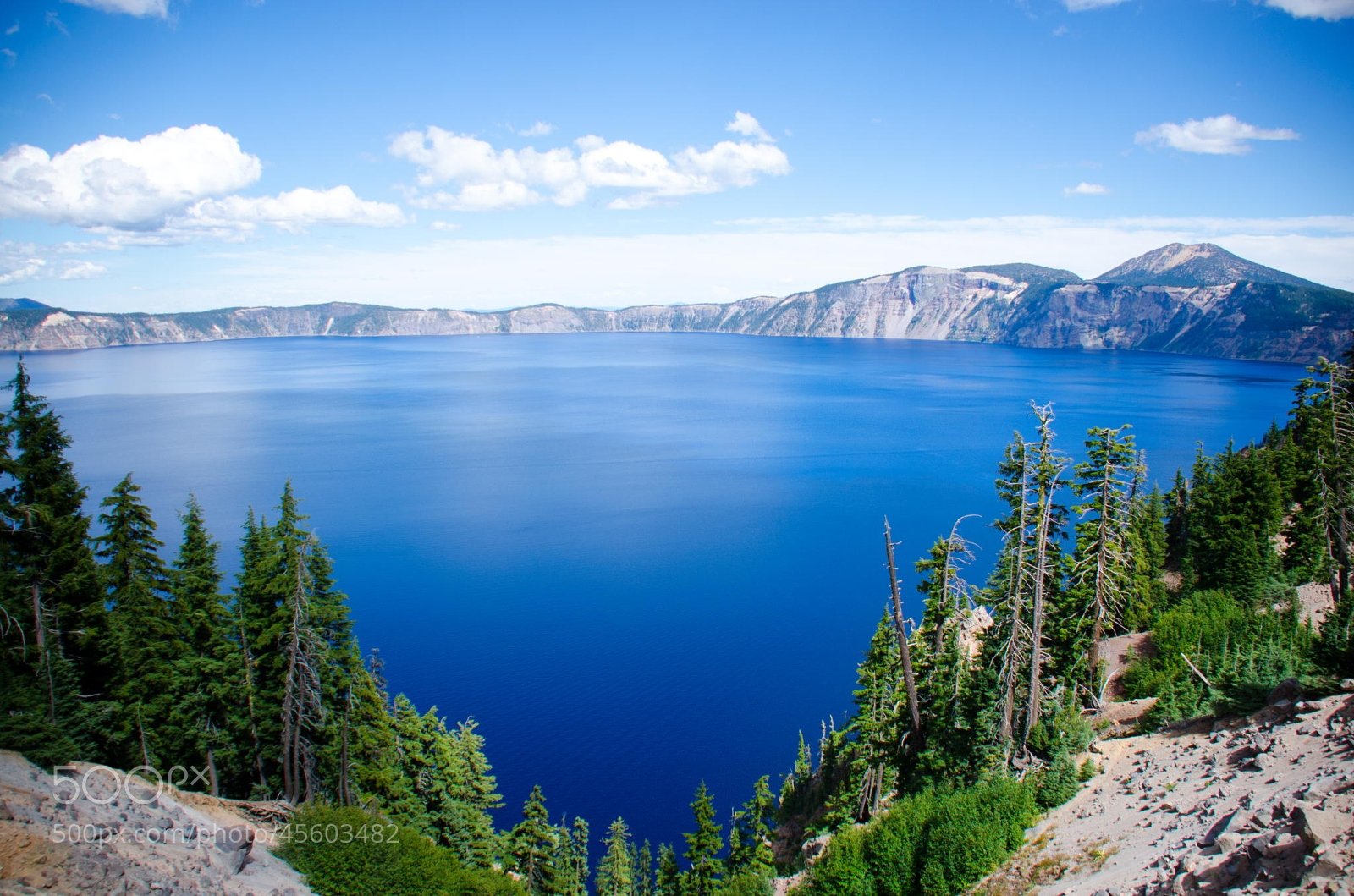 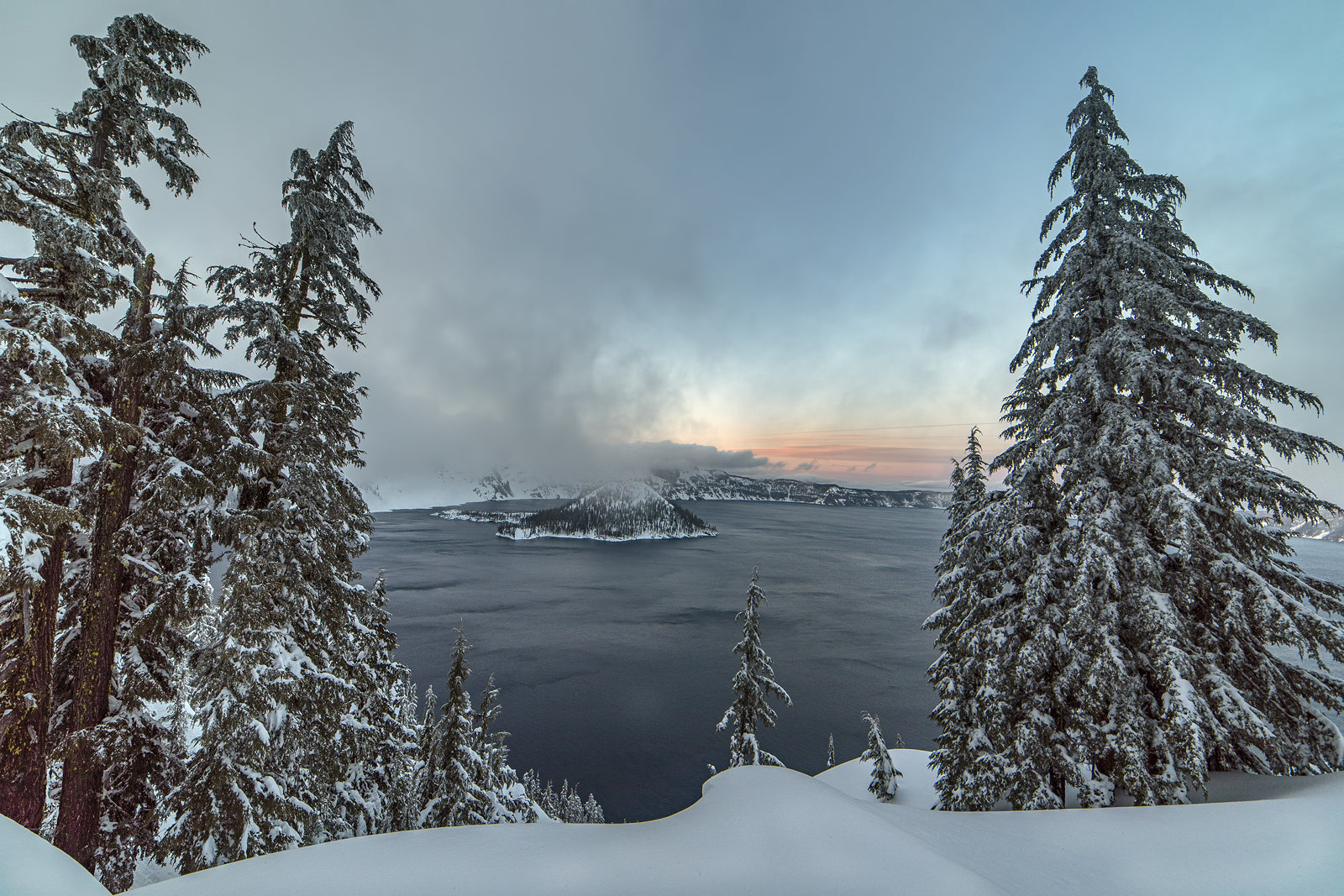 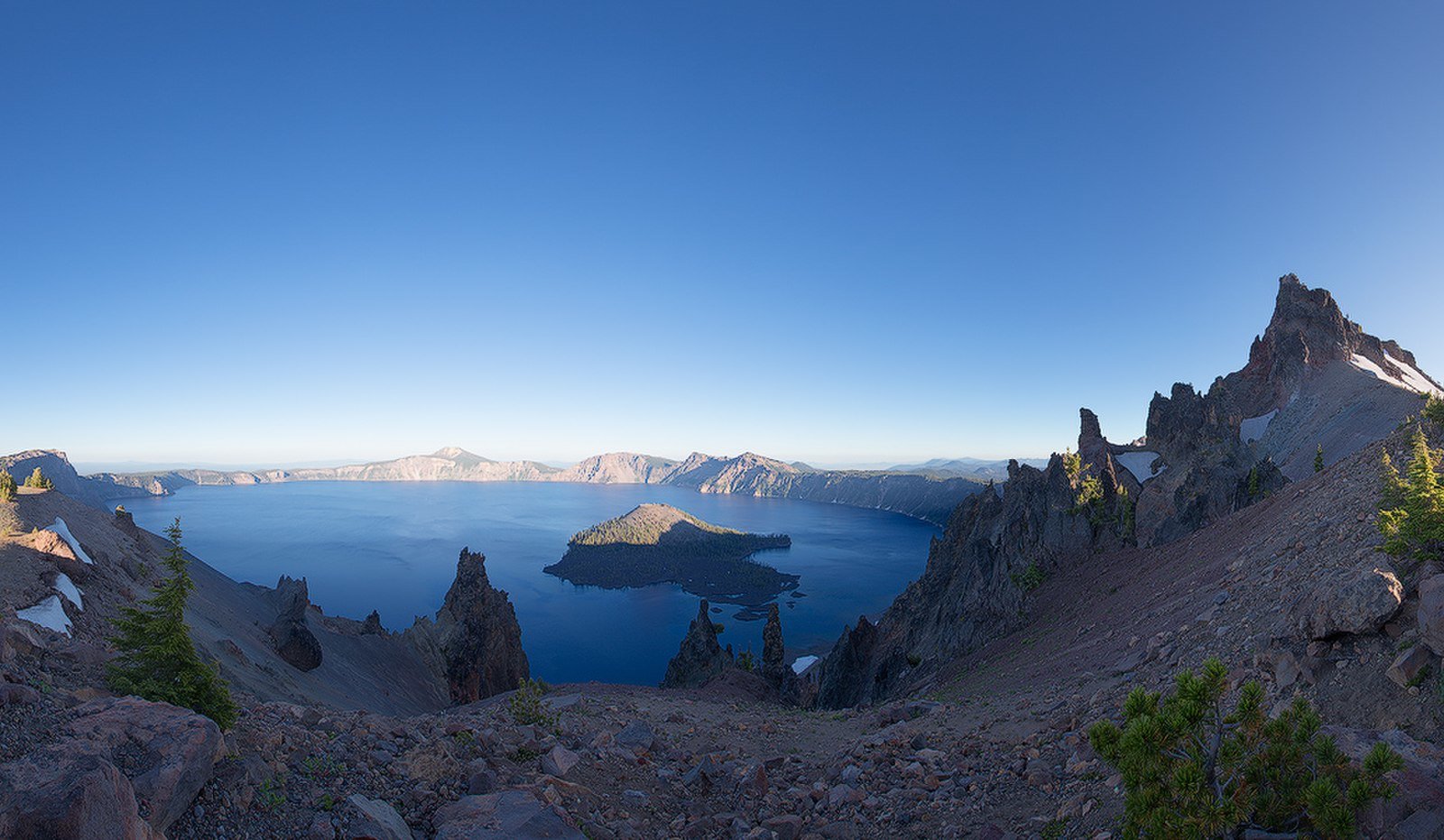 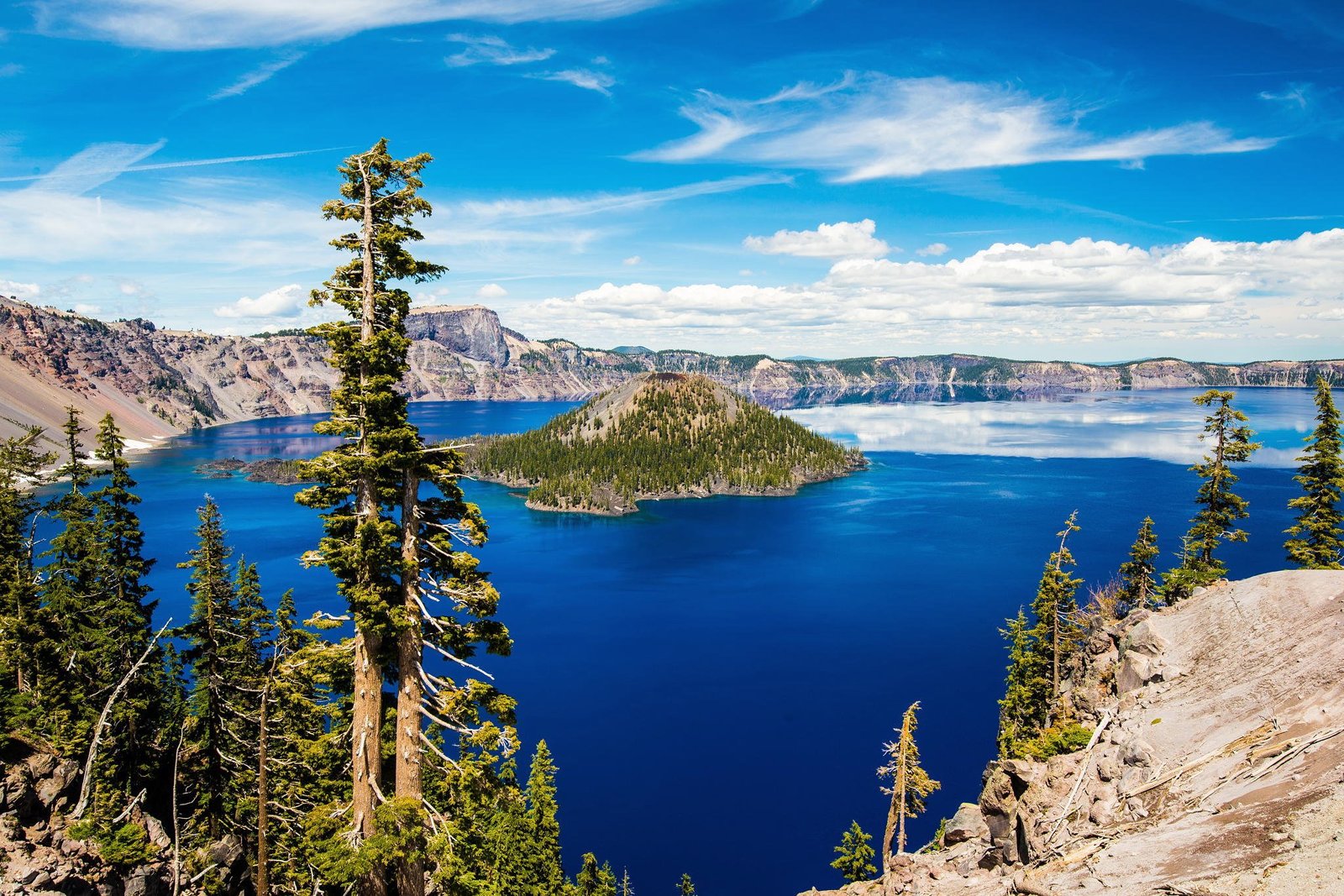 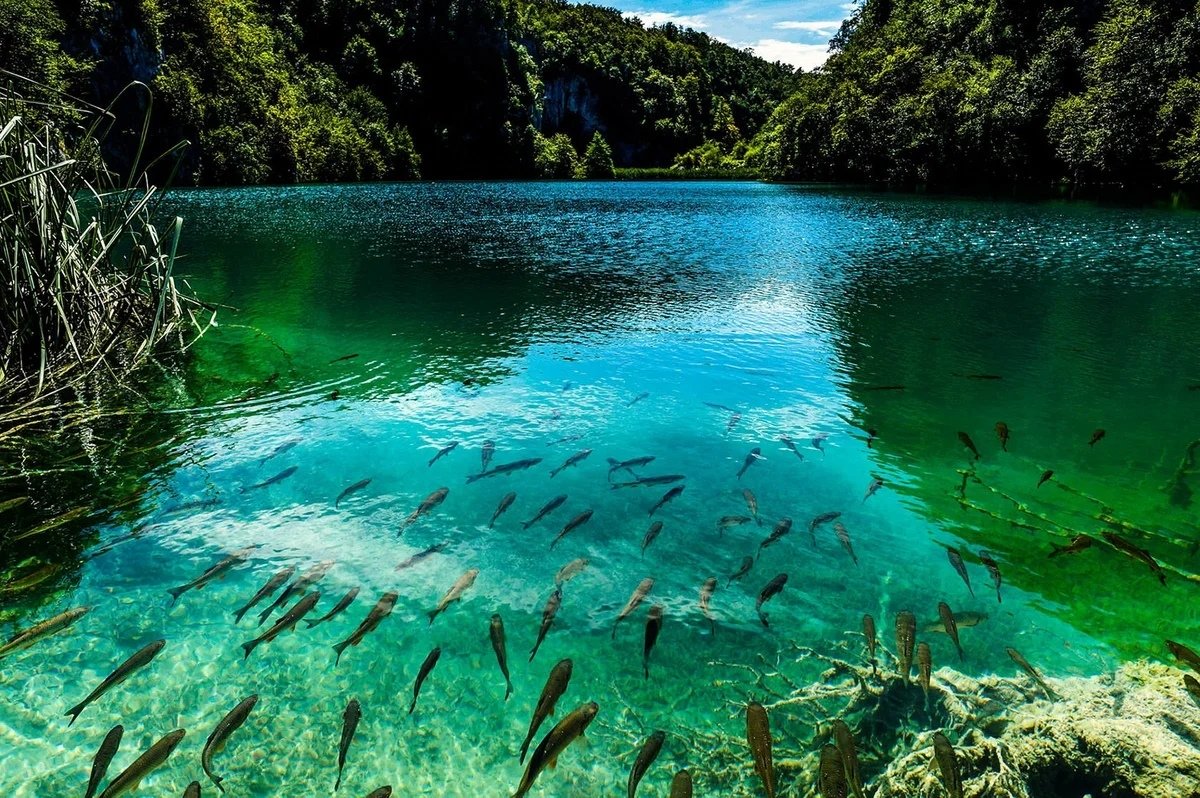 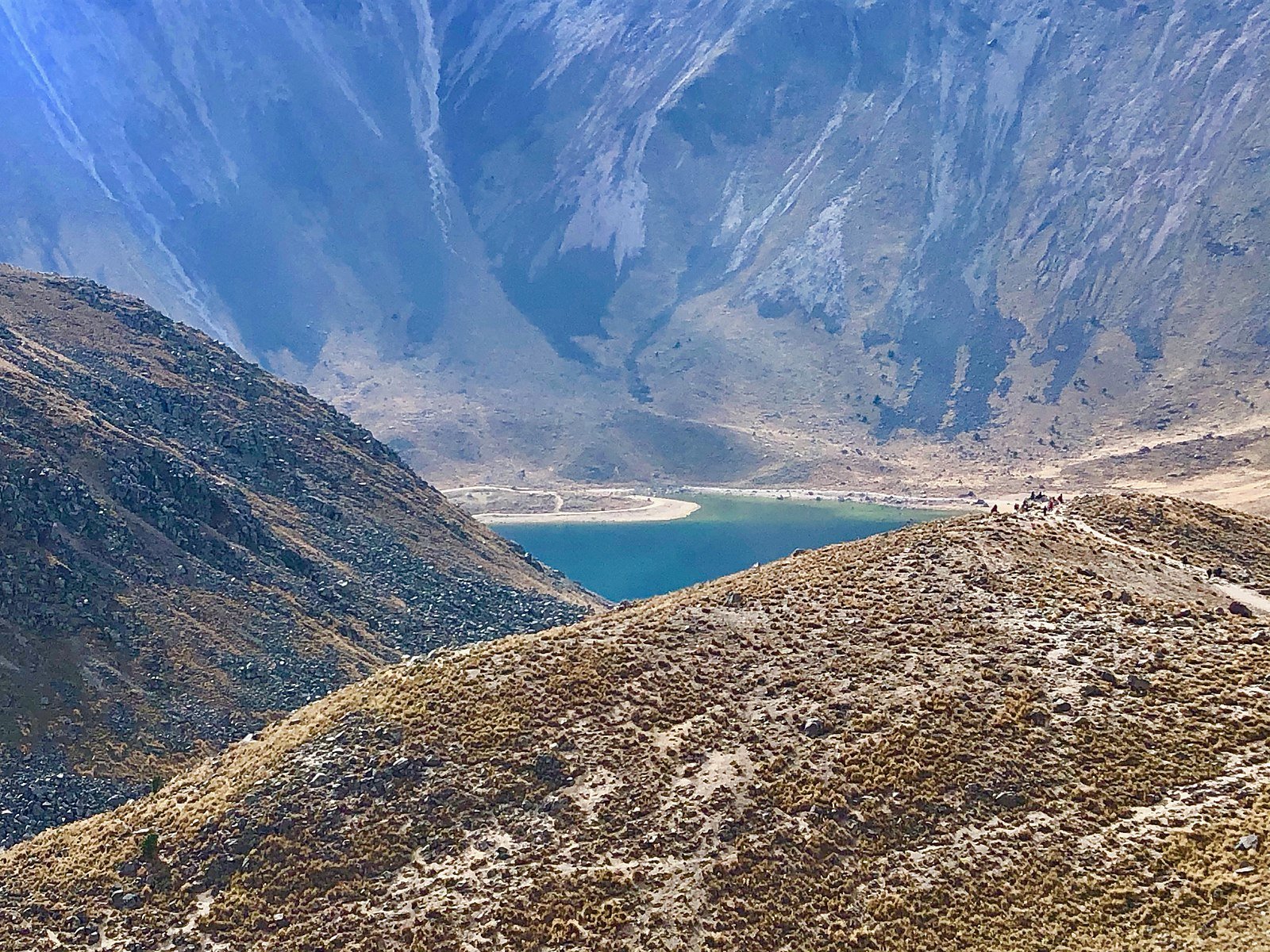 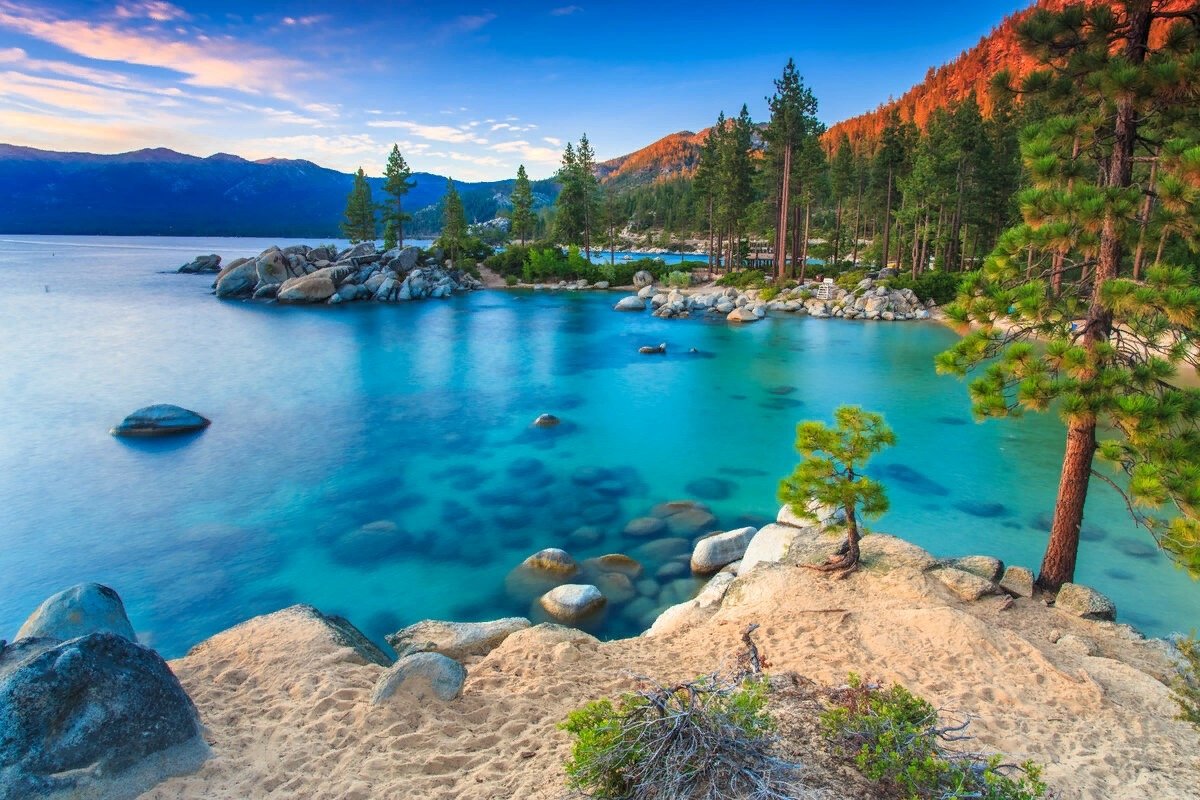 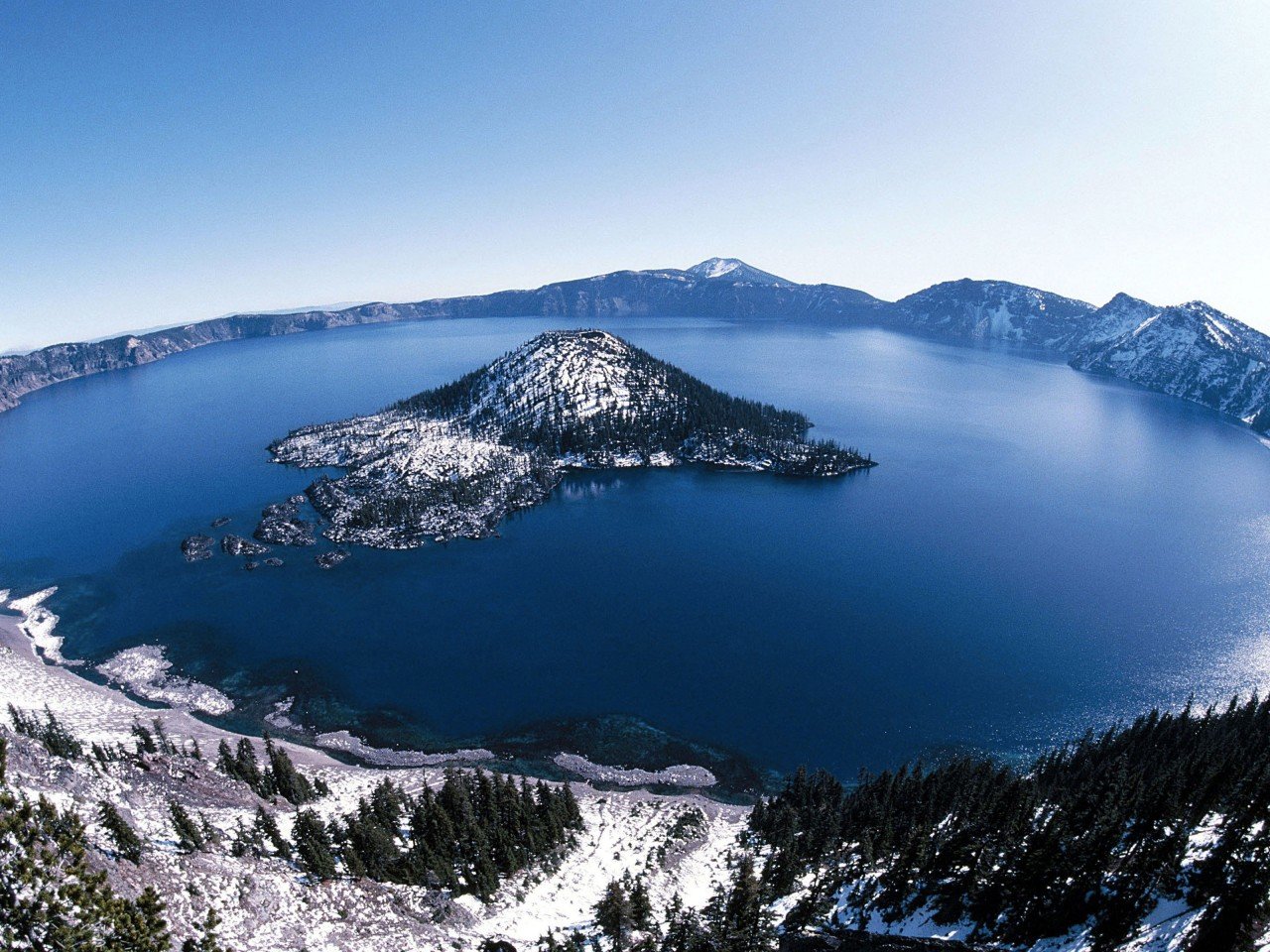 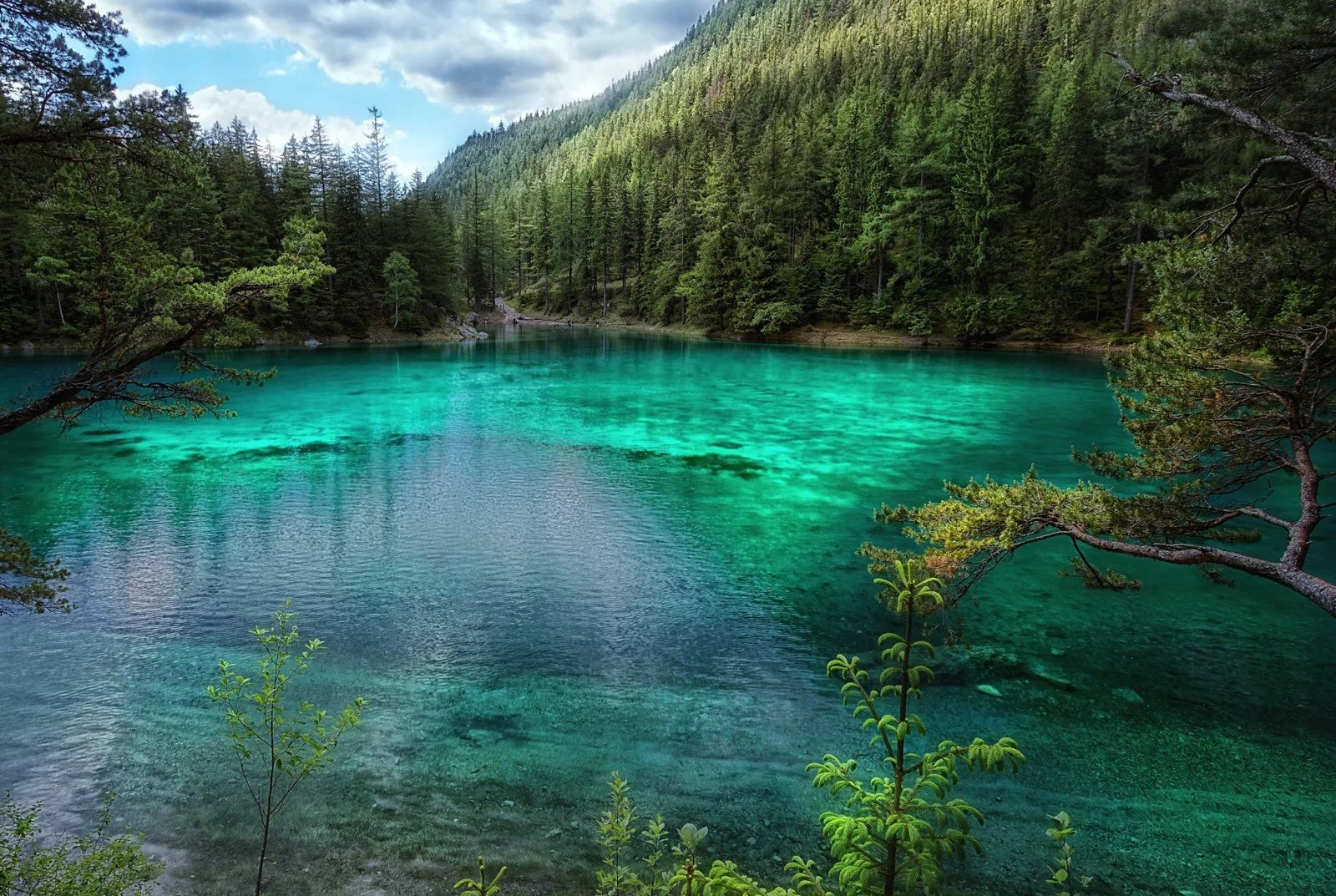 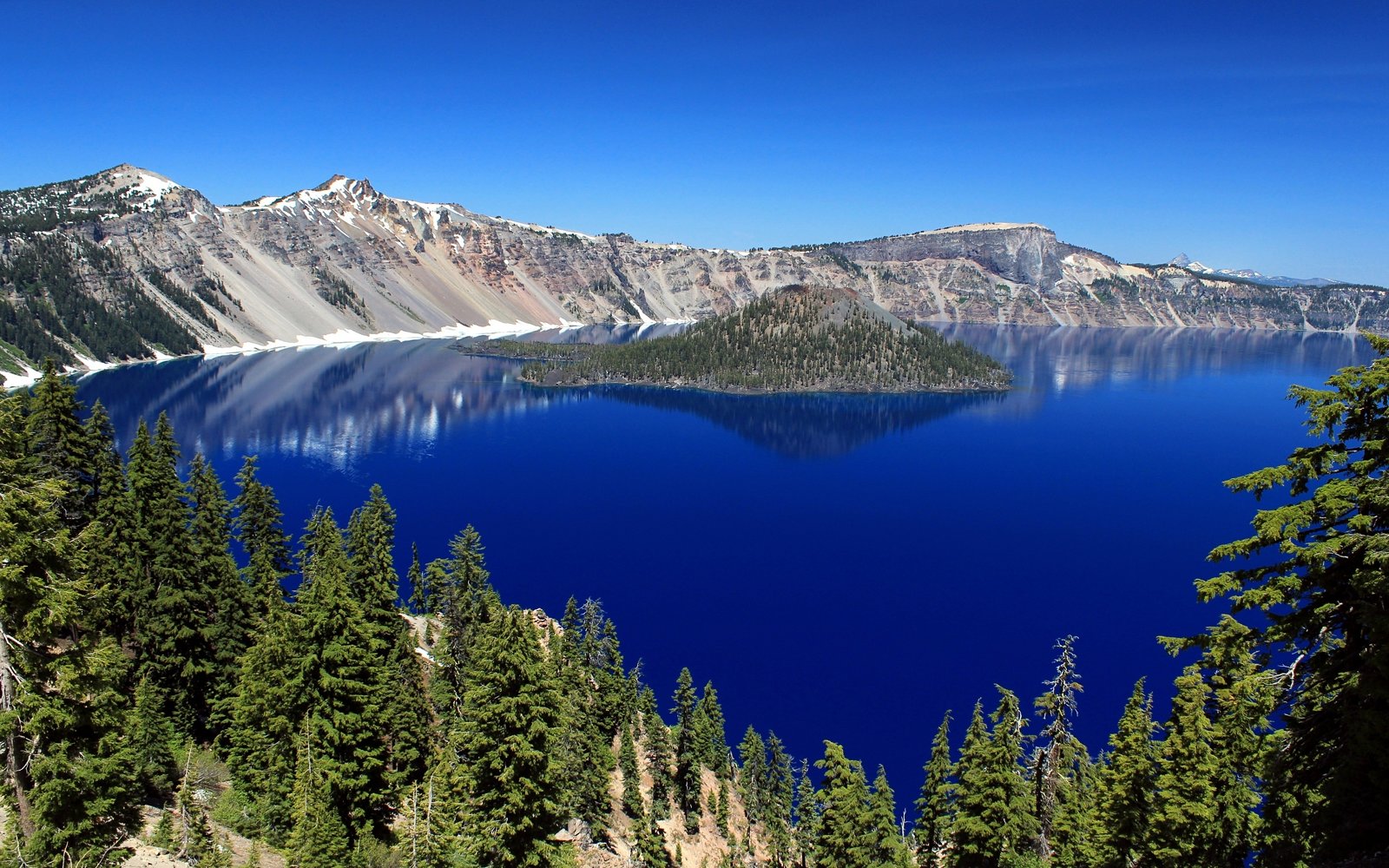 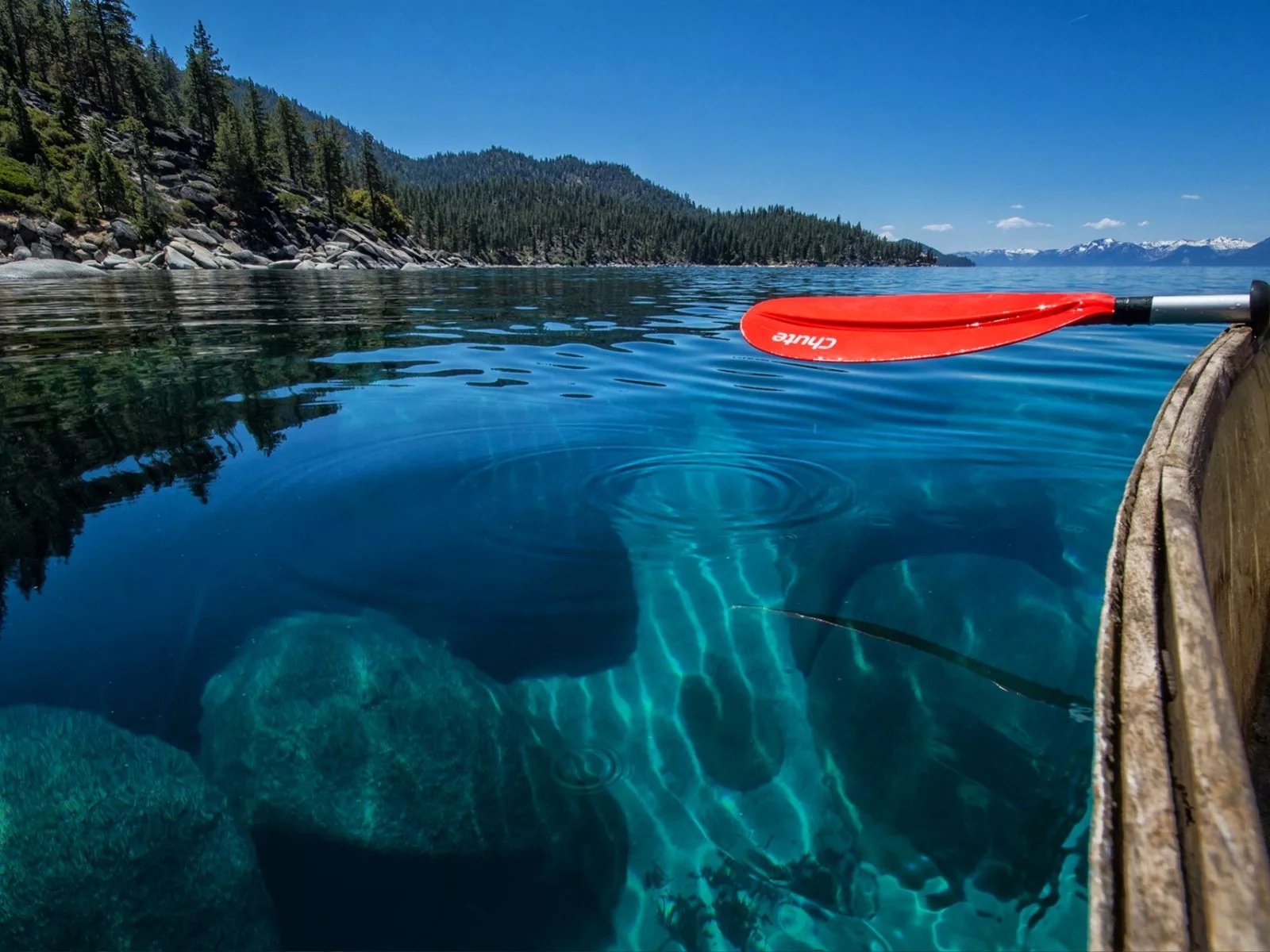 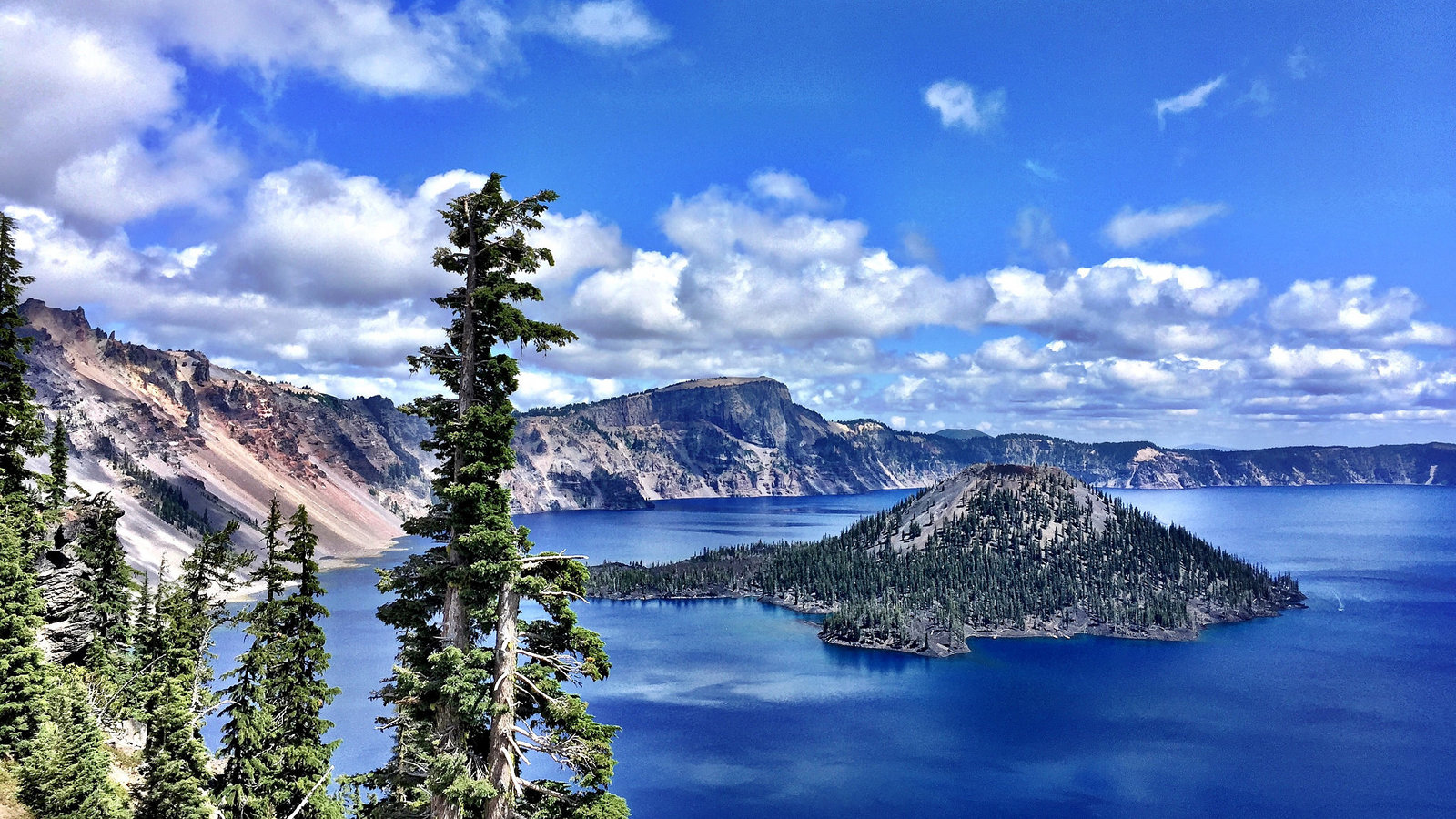 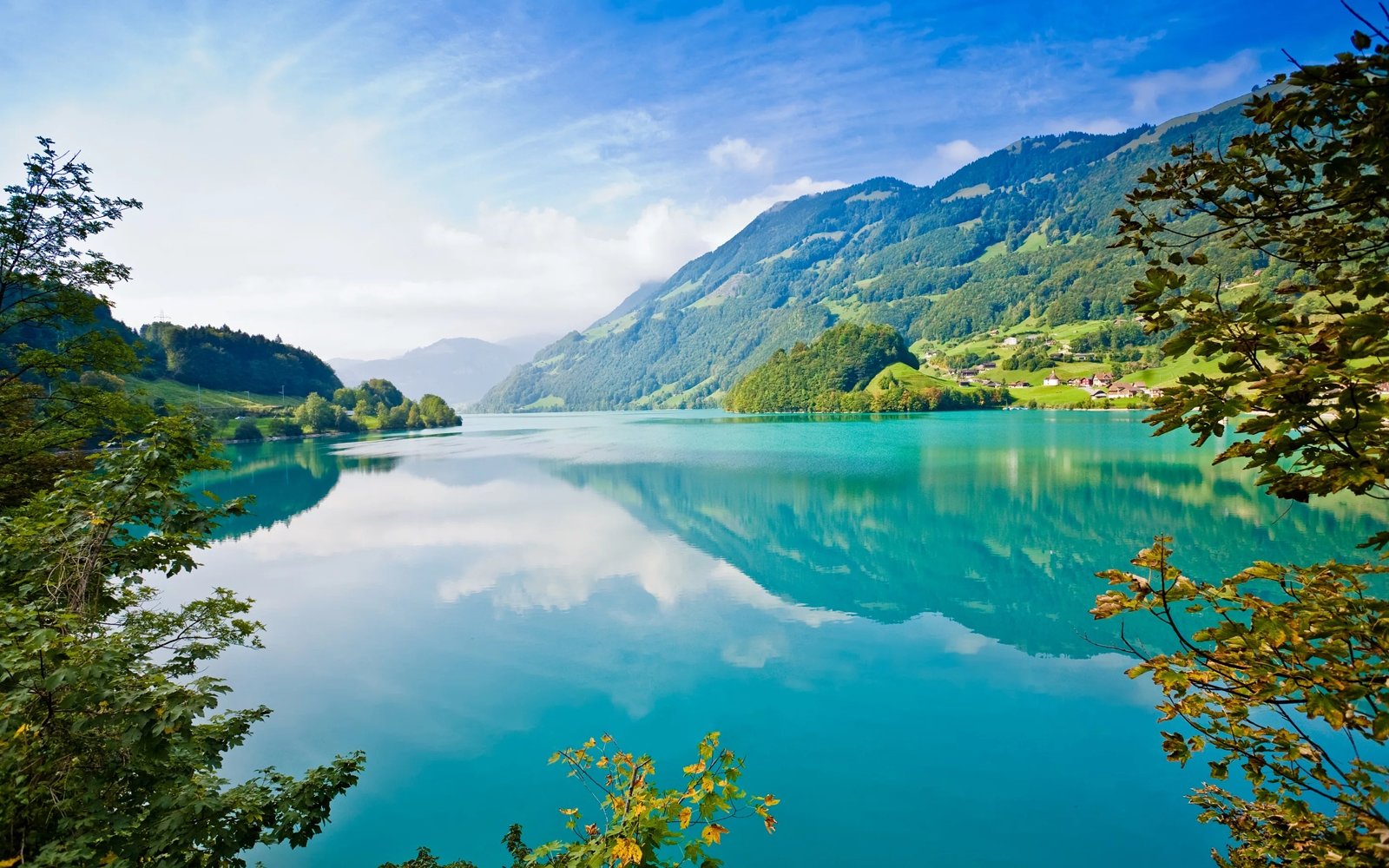 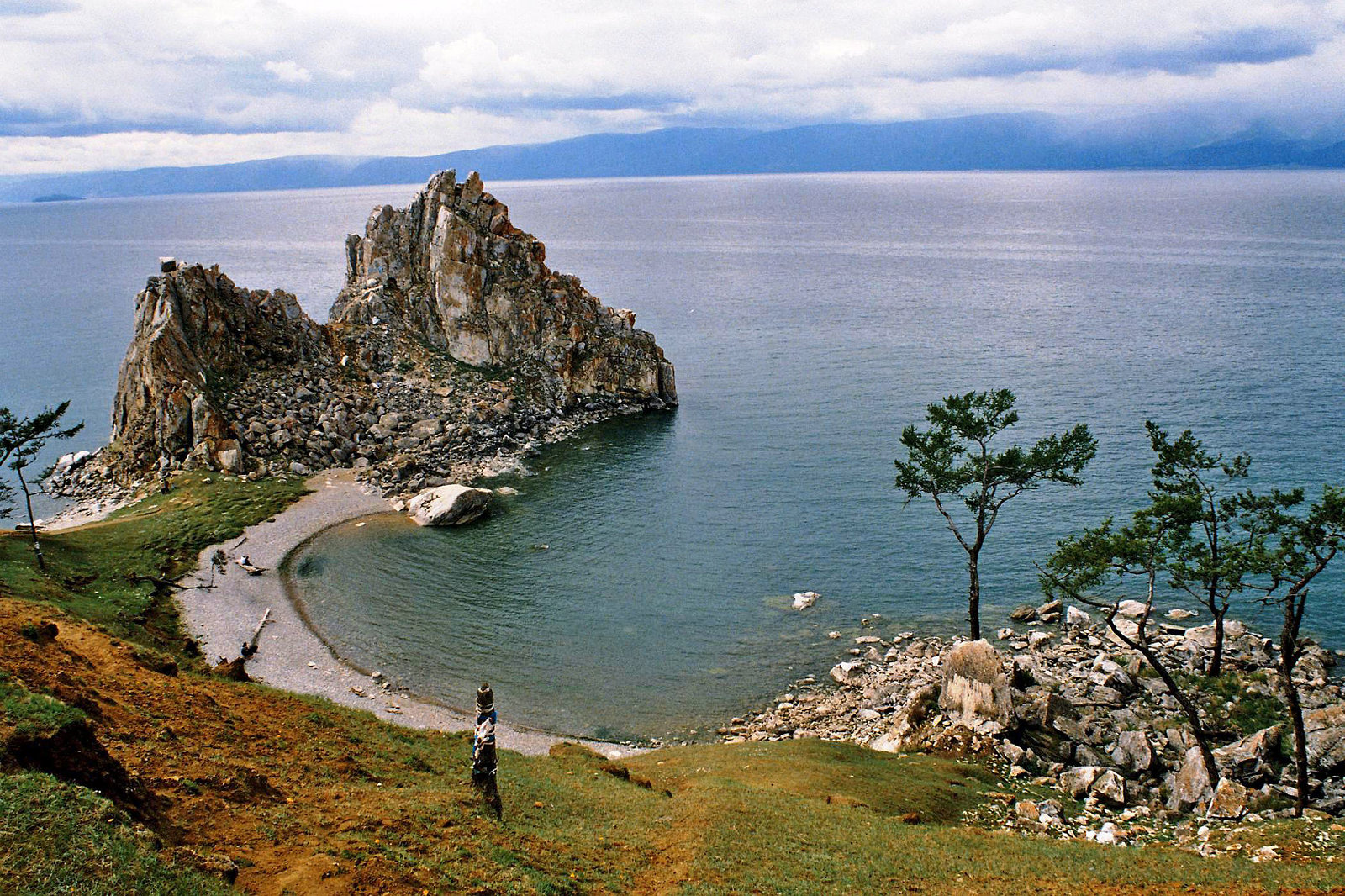 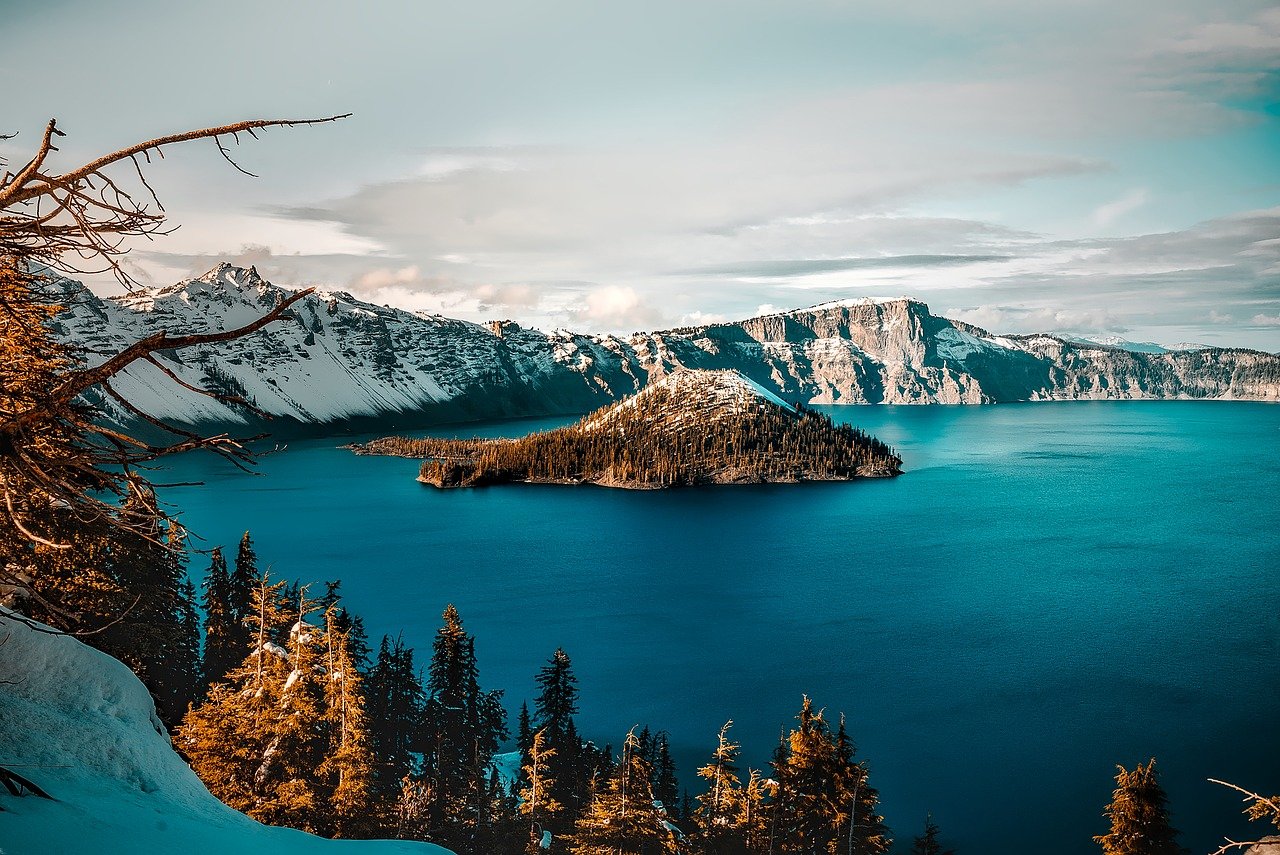 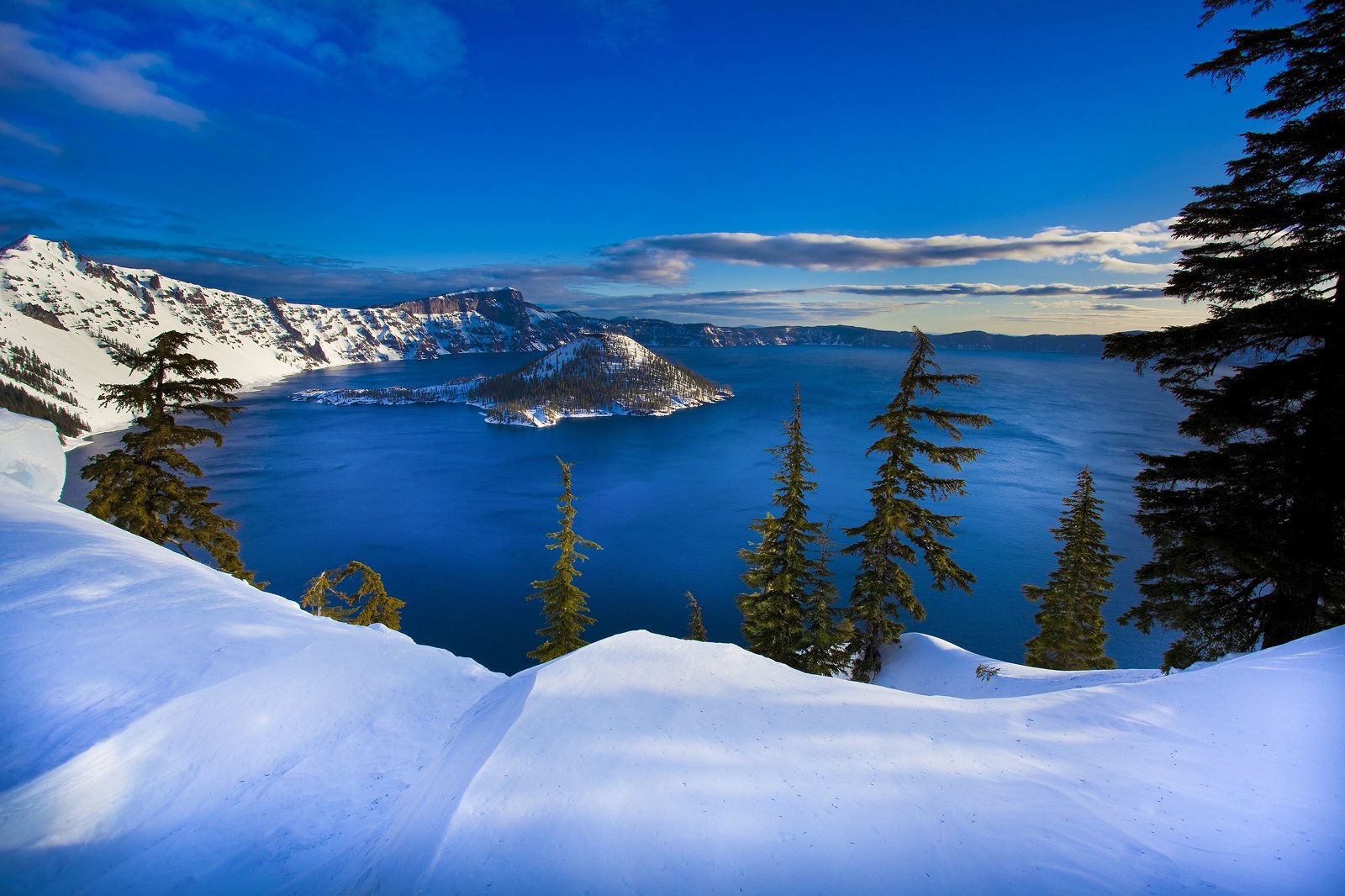 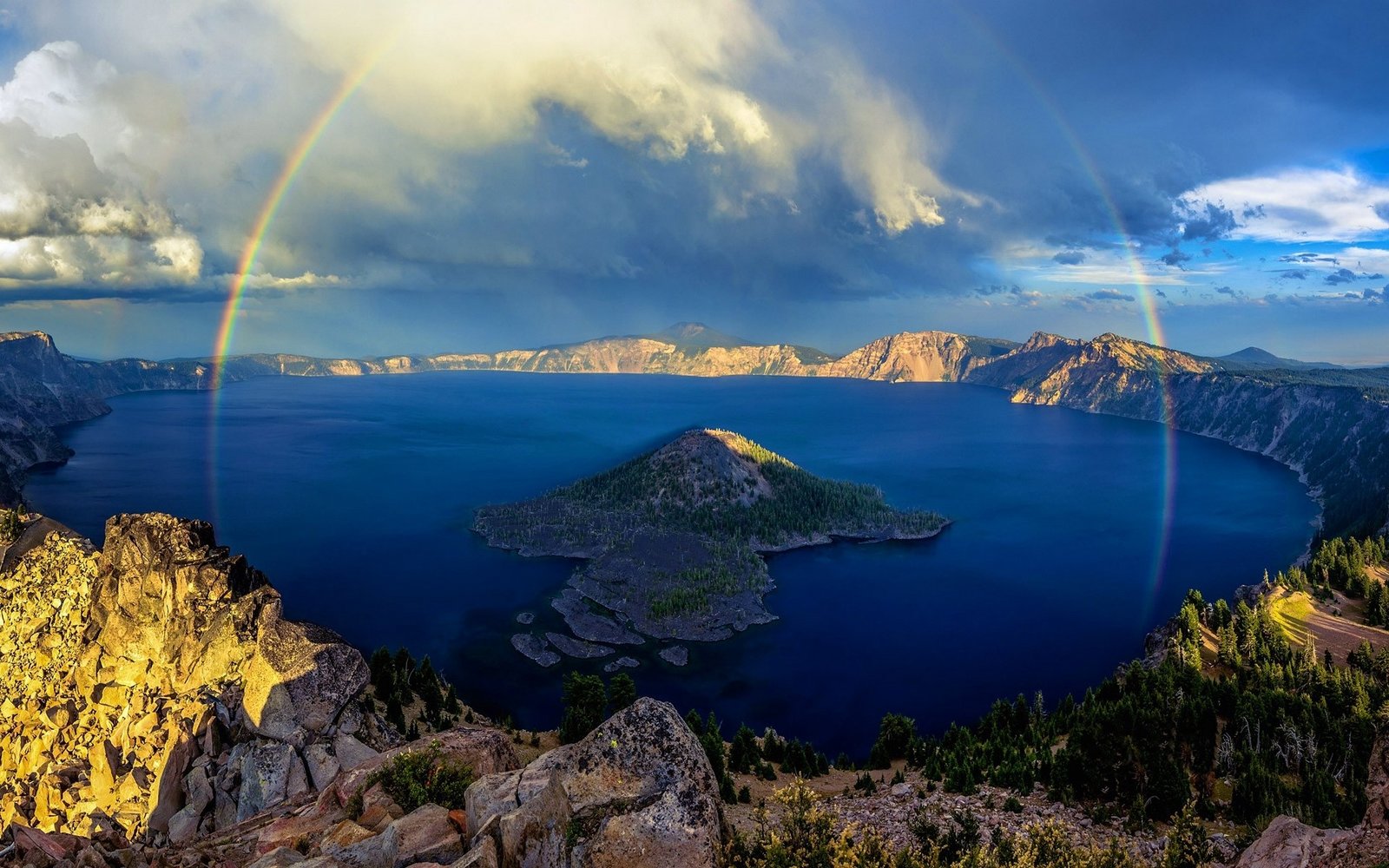