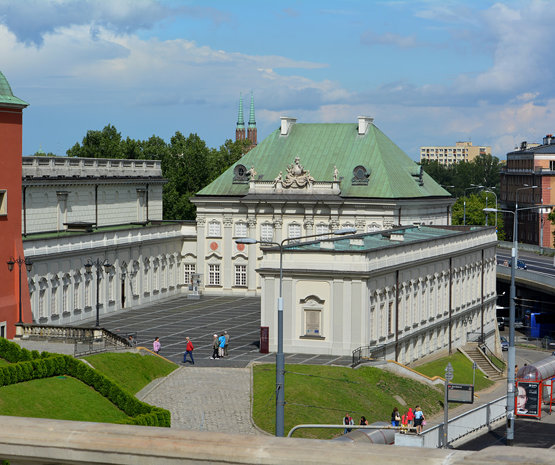 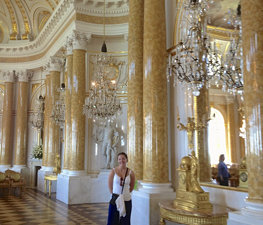 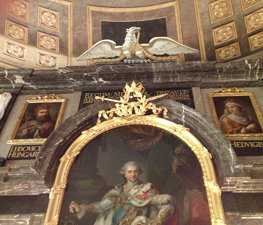 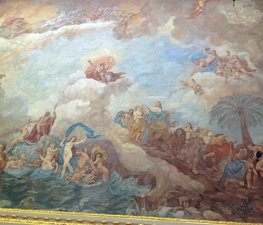 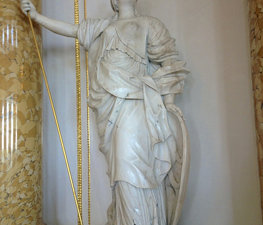 The Copper-Roof Palace (polski. 'pałac Pod Blachą') is an 18th-century palace in Warsaw, Poland. It takes its unusual name (which is less precisely phrased in the Polish original) from its copper roof — a rarity in the first half of the 18th century. The palace since 1989 is a branch of the Royal Castle Museum.

The palace is contiguous with Warsaw's Royal Castle, and down a slope from the Castle Square and Old Town. Beneath the palace, a 17th-century lodge still exists.

Originally a patrician house of Wawrzyniec Reffus, it was built 1651-1656. After 1657 destruction by the army of George II Rákóczi, it was completely remodeled in 1698-1701 for Jerzy Dominik Lubomirski.

Lubomirski expanded the palace by building a southern wing, perpendicular to the rest of structure, and also expanded the western elevation. Shortly after its construction the palace became known as Palais Martin, after Lubomirski's grandson. In 1720 the palace was rebuilt with an addition of a second northern wing. Additionally the interior was decorated with rococo paintings. After 1777 the palace passed into ownership of Poland's last king, Stanislaw August Poniatowski, who hired the architect Domenico Merlini to once again redesign the inside rooms of the palace and join the library wing of the Royal Castle to it. The king then made a present of the redecorated place to his nephew Prince Józef Poniatowski The younger Poniatowski was a successful commander in the 1794 Kościuszko Uprising, and later one of Napoleon Bonaparte's marshals. Under his ownership the palace became a center of Warsaw's high class social scene. When Warsaw became part of Kingdom of Prussia after the Third Partition of Poland the buildings became the headquarters for the Prussian Ministry of War.

The Copper-Roof Palace was burned in 1944 and reconstructed, based on paintings of Bernardo Bellotto, between 1948-1949.

Currently the palace is a museum, part of Royal Castle in Warsaw, hosting, inter alia, a permanent exhibition of oriental rugs.

Jesuit Church (Polish: Kościół Jezuitów), otherwise the Church of the

The Branicki Palace (polski. Pałac Branickich) is an 18th-century

The Monplaisir Palace is part of the Peterhof Palace Complex, Russia. 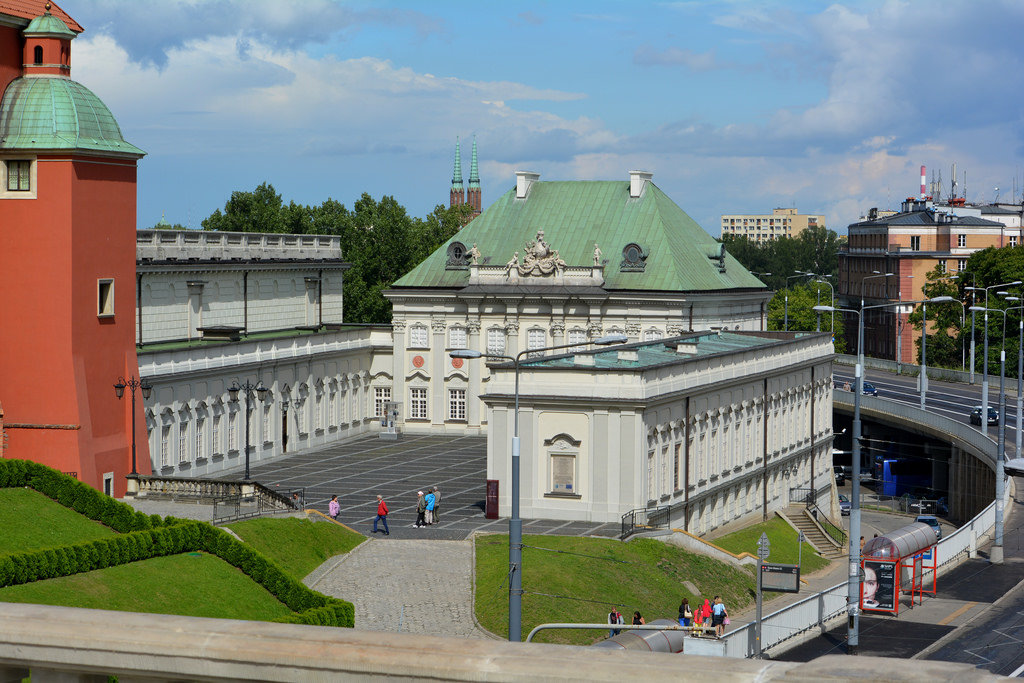 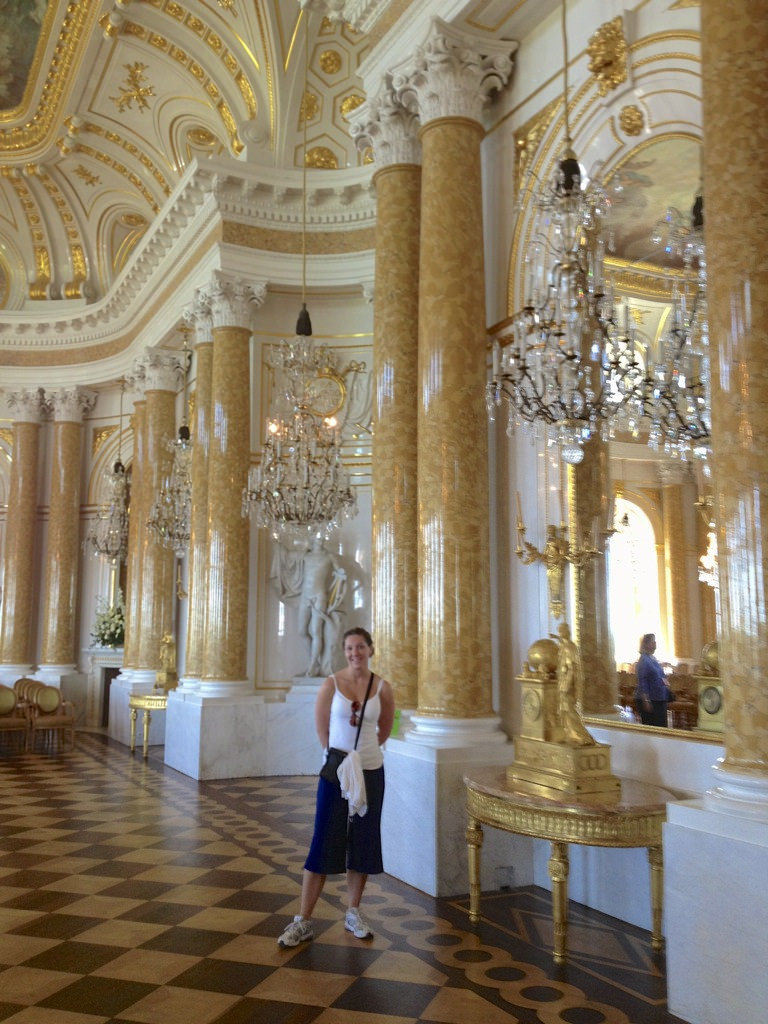 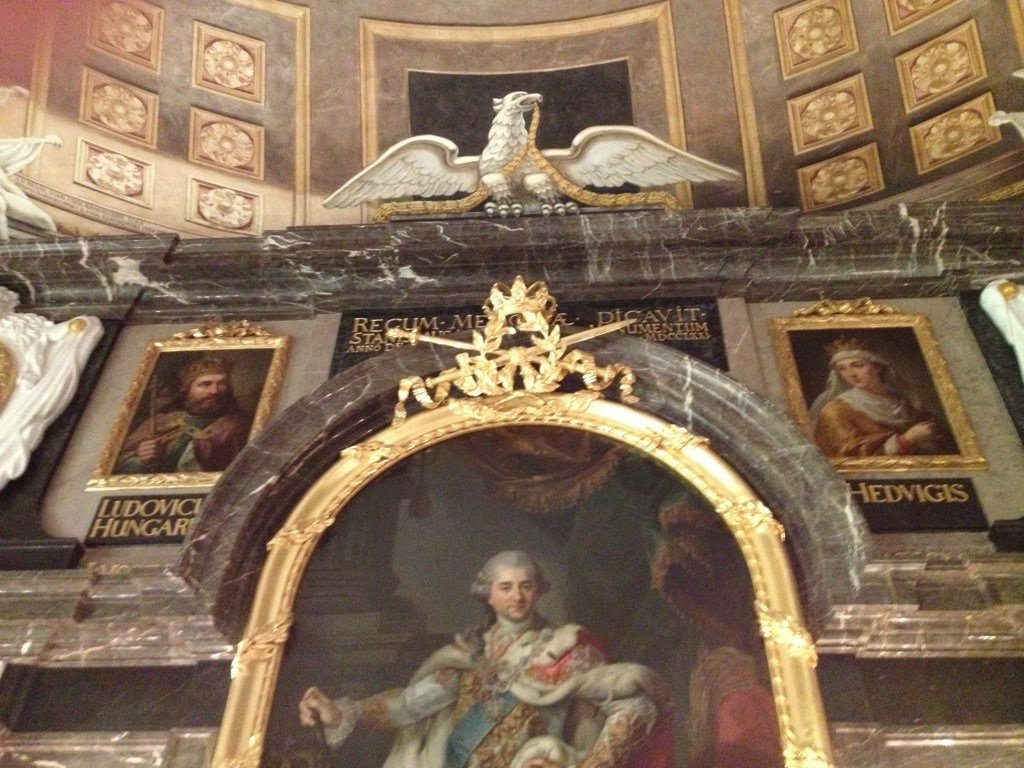 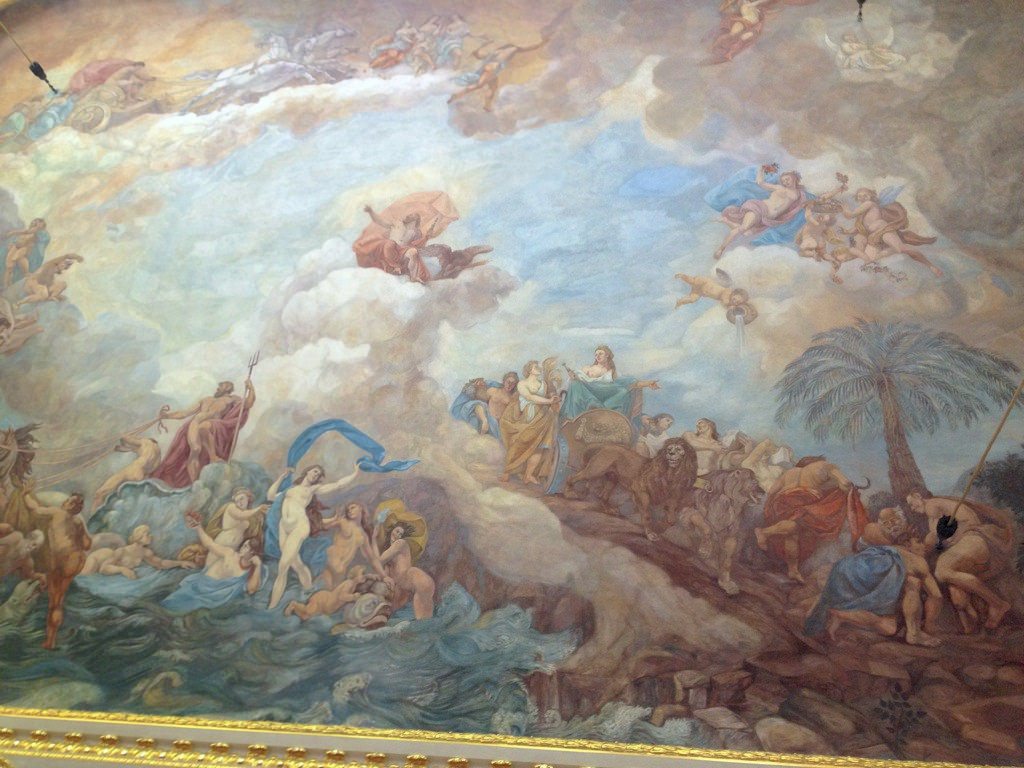 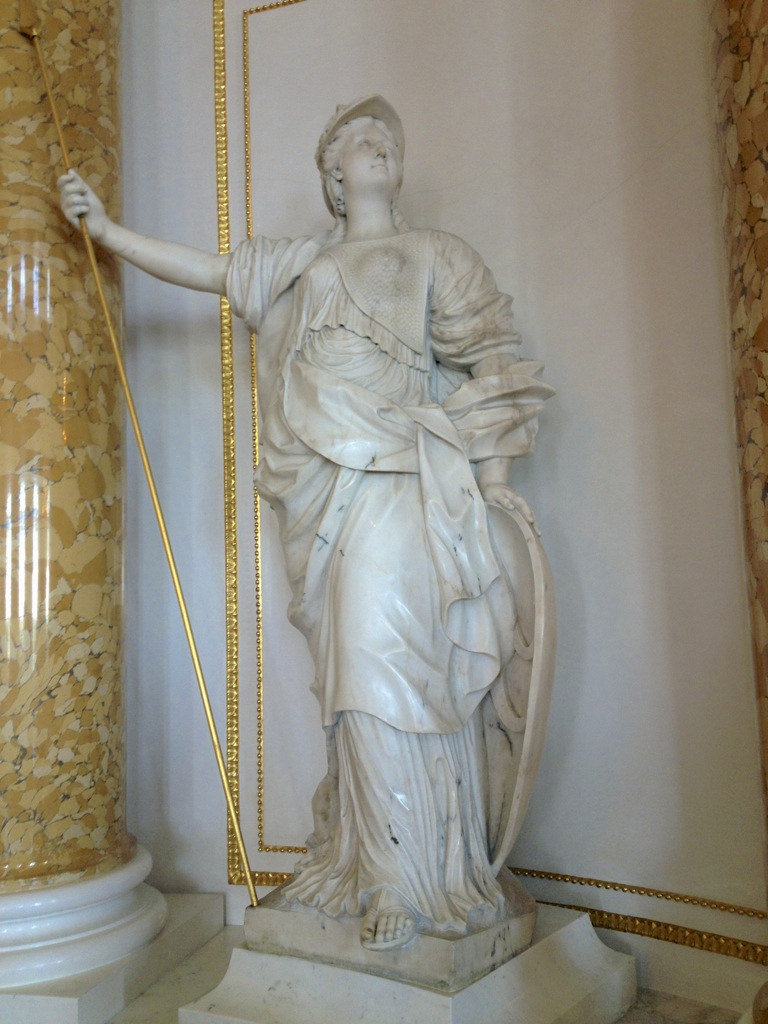 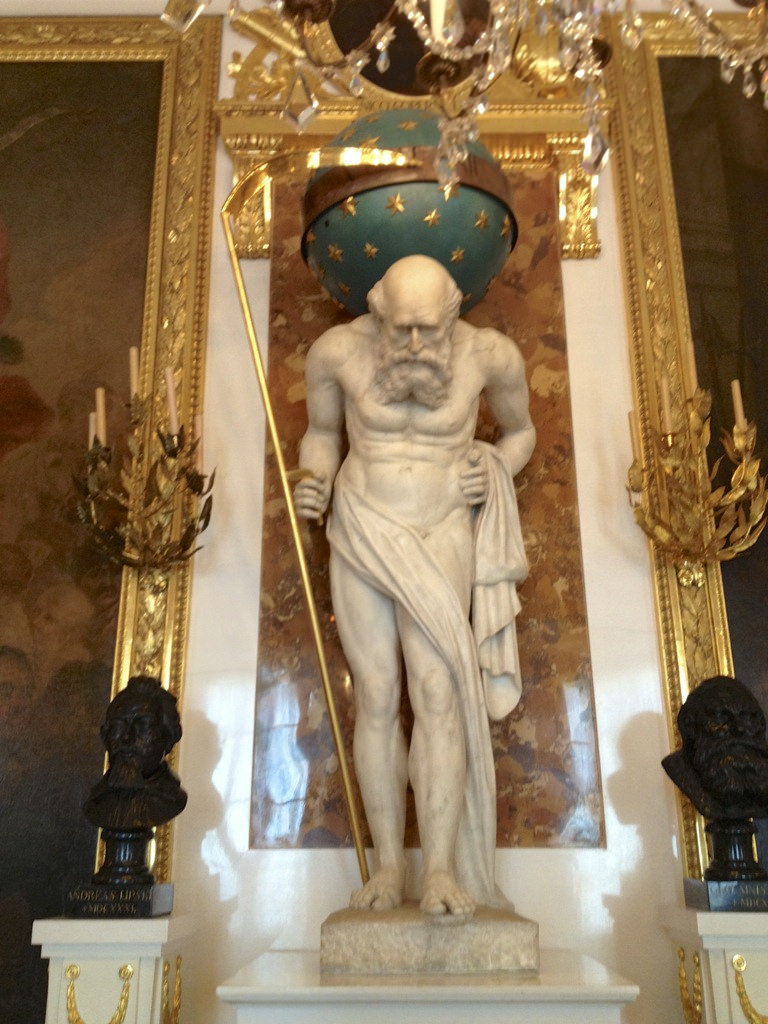 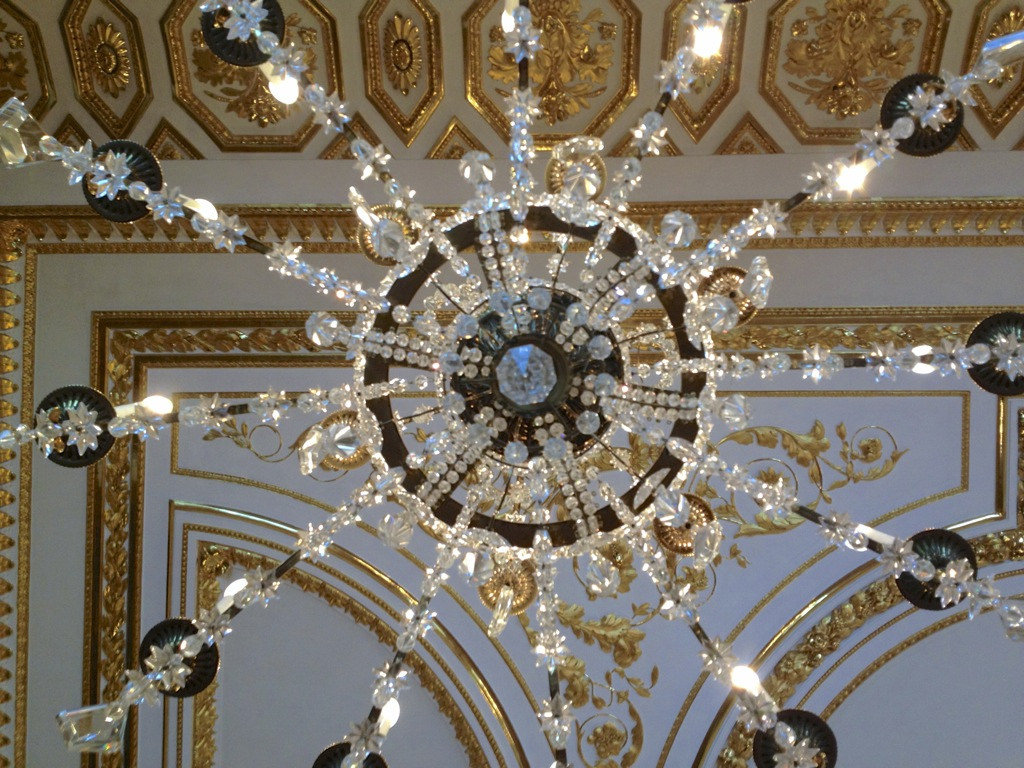 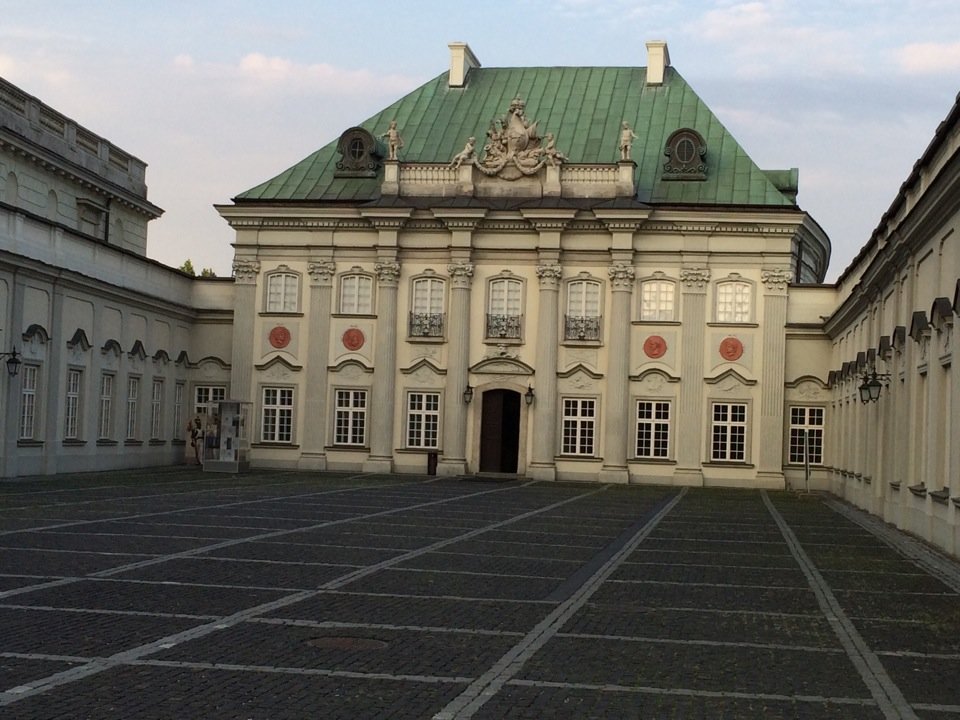 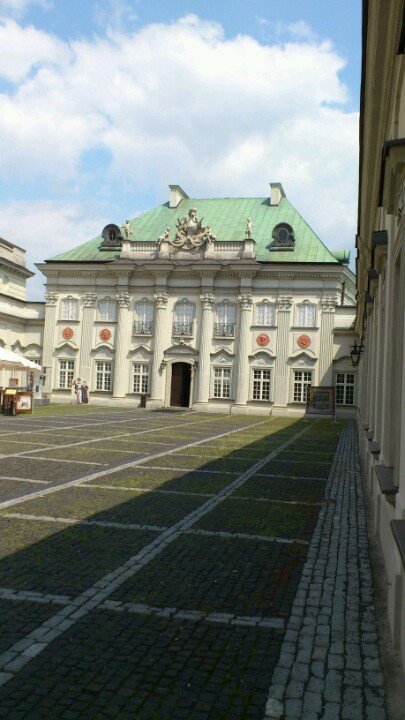 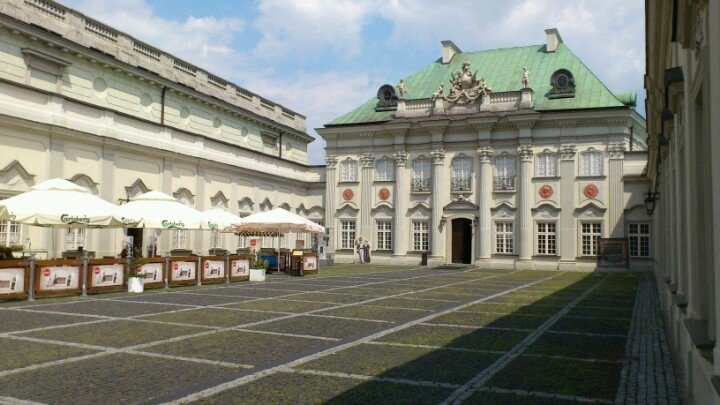