×
What are you looking for?
See all results
Castles in Codnor 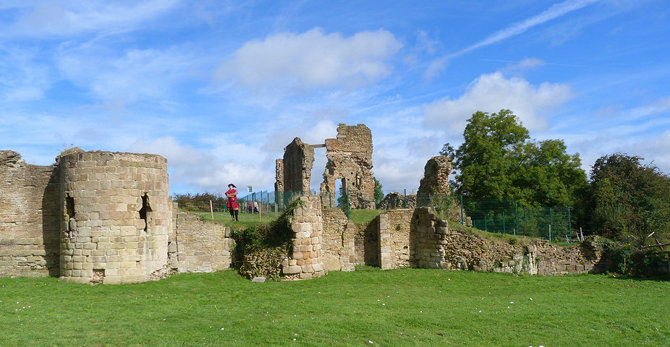 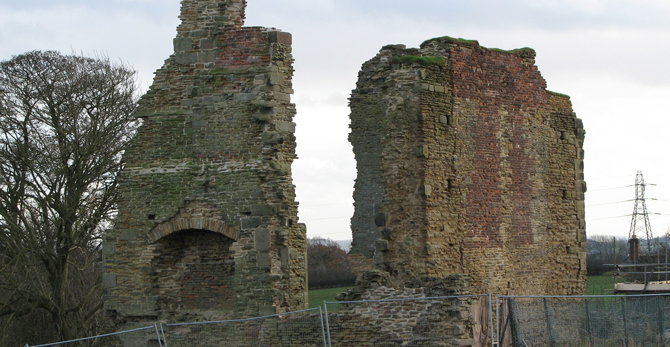 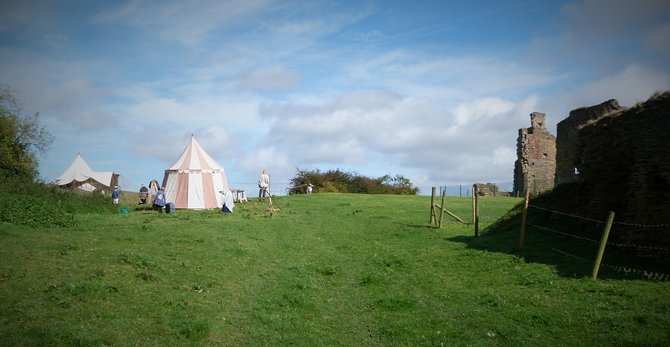 Codnor Castle is a now-ruined thirteenth century castle in Derbyshire, England. The land around Codnor came under the jurisdiction of William Peverel after the Norman conquest.. Although registered as a Scheduled Ancient Monument the site is officially, as at 2008, a Building at Risk

The castle is a stone keep and bailey fortress and was established by William Peverel. The present fragmentary remains represent a three storey keep and a strong curtain wall and ditch, flanked by round towers. The outer bailey is on a lower level and was constructed at a later period. The castle overlooks the Erewash valley and the counties of Derbyshire and Nottinghamshire. It originally had a deep moat and on its Eastern side there was once a considerable abundance of trees, which have now been cut down. On the west side there was a courtyard that was strongly fortified by huge round towers, which had battlements. In other parts of the ruins there is evidence that the outer walls had loopholes included to allow bowmen to use them if necessary.

By 1211 it was owned by Henry de Grey, a descendant of the Norman knight Anchetil de Greye. Henry's descendants include the long line of Lords Grey of Codnor, the Lords Grey of Ruthyn, Wilton and Rotherfield, Lady Jane Grey and the Earls of Stamford, and the extinct families of the Dukes of Suffolk and Kent. His son Richard settled in Codnor and was a loyal Baron to Henry III. Along with his brother John they served the King in the Holy Land. John Grey distinguished himself in the Scottish wars and found himself in great favour with Edward III. Together with William D'Eincourt, the Lord Grey commanded all the knights of Derbyshire and Nottinghamshire in case of an invasion.

Henry, the last of the family, died during the reign of Henry VIII. He left part of his lands to his sons, Henry and Richard.

The remainder went to his aunt Elizabeth Grey, who in 1429 married Sir John Zouche, the youngest son of the fourth Baron Zouche of Harringworth. Sir John Zouche of Codnor was three times High Sheriff of Derbyshire. The castle remained in the hands of the Zouche family for two hundred years until they sold and emigrated to Virginia in 1634.

Sir Streynsham Master, High Sheriff of Derbyshire, who inhabited the castle in 1712 is reported as being the last person to live in the castle.

Codnor Castle was situated on high ground, and commanded an extensive prospect to the East, of which a small portion of the walls remain, and a dovecote entire. From the walls and foundations, it appears to have been a place of considerable extent. On the south it had a large square court, from which were two entrances into the castle; on the east side was a broad deep moat, and on the bank grew a double row of trees, which were cut down about the year 1738. The park belonging to the Castle contained about 2,200 acres (8.9 km2) of land. In the early part of the 13th century there was a castle here; and in the reign of Henry III., it was the chief seat of Richard de Grey, whose descendants, the Barons Grey, of Codnor, possessed it for many years, the last of whom, Henry, a philosopher and alchymist, in the reign of Henry IV. obtained a license to practise the transmutation of metals; he died in or about the year 1526, when the Codnor estate passed to Sir John Zouch, who had married Elizabeth, the aunt of the last possessor. The Codnor estate was sold by Sir John Zouch and John Zouch, Esq., his heir apparent, in 1634, to Archbishop Neile, and his son, Sir Paul. Their descendant, Richard Neile, Esq. sold the manor and castle of Codnor, with its members—Heanor, Loscoe, and Langley, and the manor of Codnor Park, in 1692, to Sir Streynsham Master, who was high sheriff in 1712, and occupied Codnor Castle, but even then it was in a ruinous state, and since that period it has entirely fallen into ruins and it is said six farm houses with other convenient buildings, were raised from the materials collected from the ruins. The Cromford and Erewash canals here unite.

Today the remnants of Codnor Castle are a fragile ruin, its few remaining high walls supported by scaffolding. Signs at the perimeter fence indicate that the site is now owned by UK Coal Mining Ltd and that public access is prohibited. However, good views of the castle's remains are possible from nearby public footpaths.

In June 2007, Channel 4's Time Team programme carried out an archaeological dig around the castle, with some interesting results. The programme was shown on 6 January 2008.

Tips & Hints
Arrange By:
Popular first New first
There are no tips nor hints for Codnor Castle yet. Maybe be you will be the first one to post useful information for fellow travellers? :)

Horston Castle (sometimes spelt Horeston) is situated about 1 mile to

Breadsall Priory is a former priory in Derbyshire. A house of the

Darley Abbey is a historic mill village, now a suburb of the city of

Add to wishlist
I've been here
Visited
A Spire for Mansfield

A Spire for Mansfield, sometimes shortened by the artists to 'A-Spire' 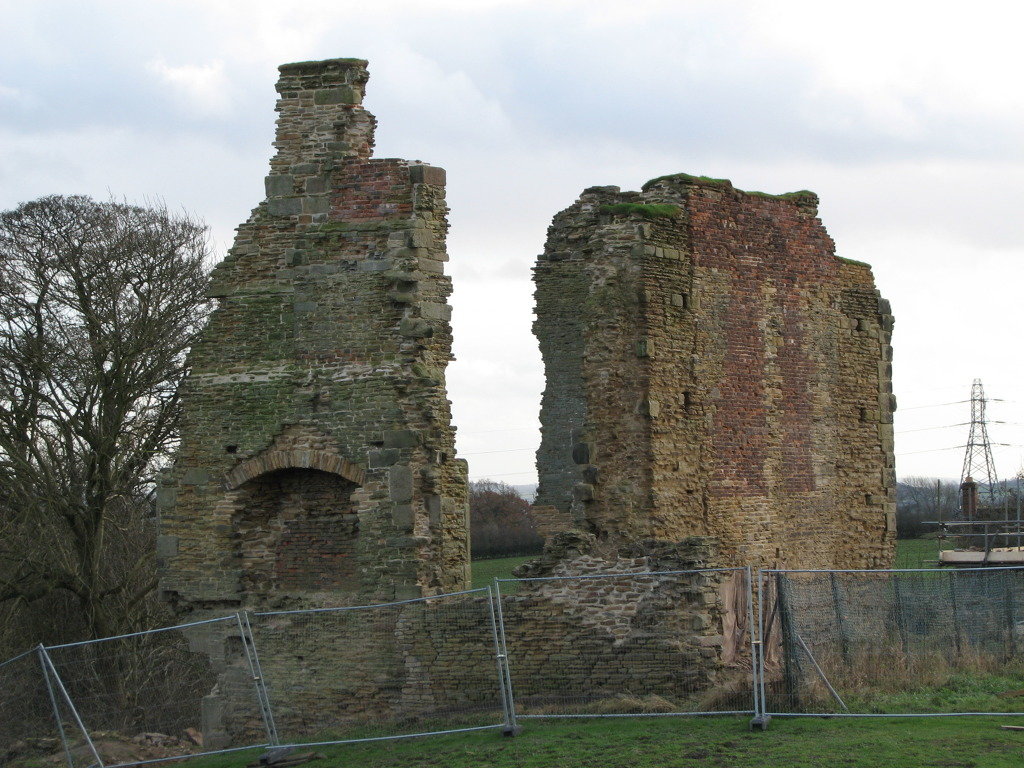 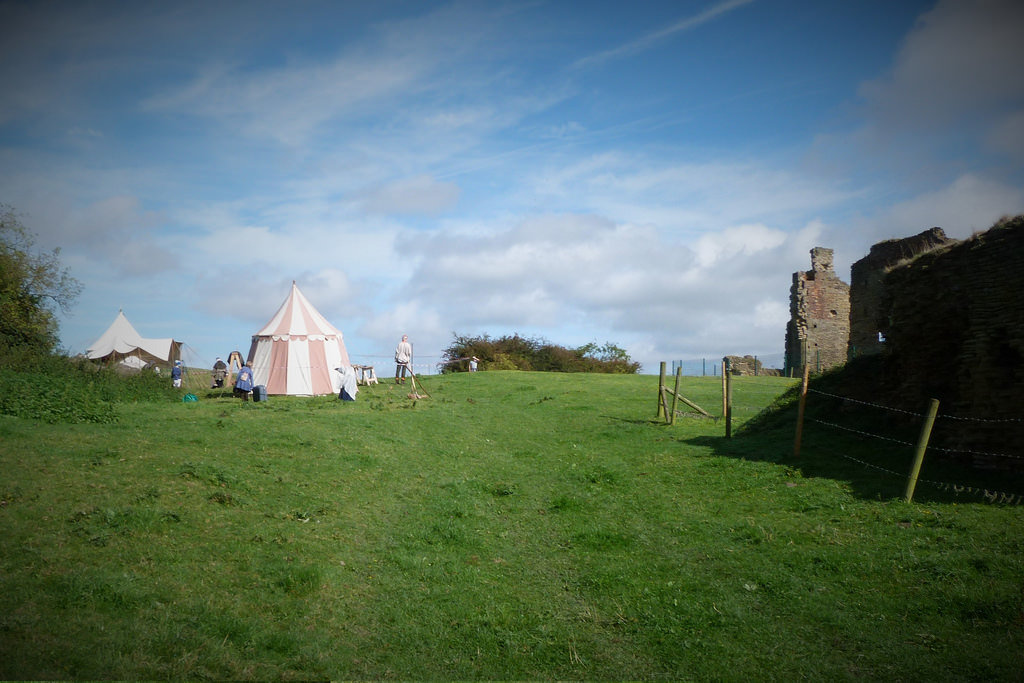 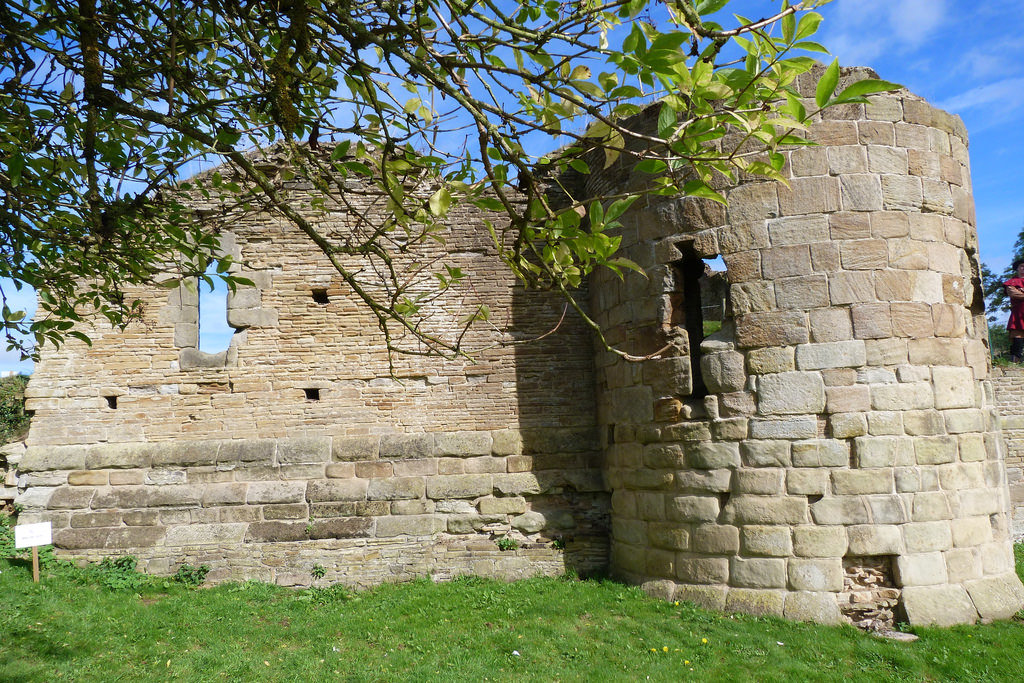 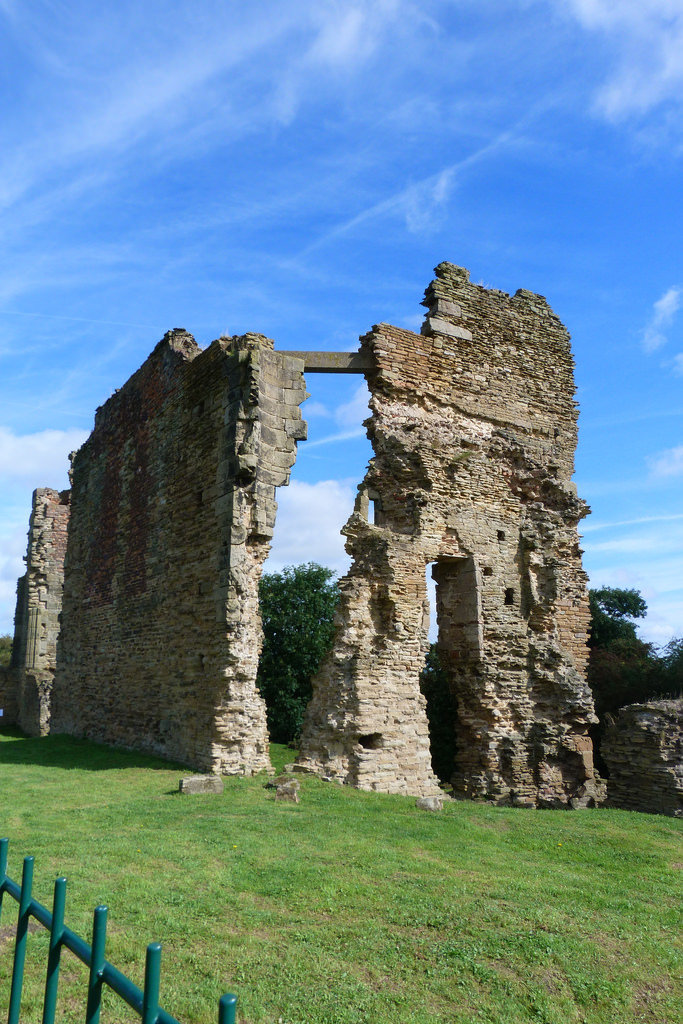 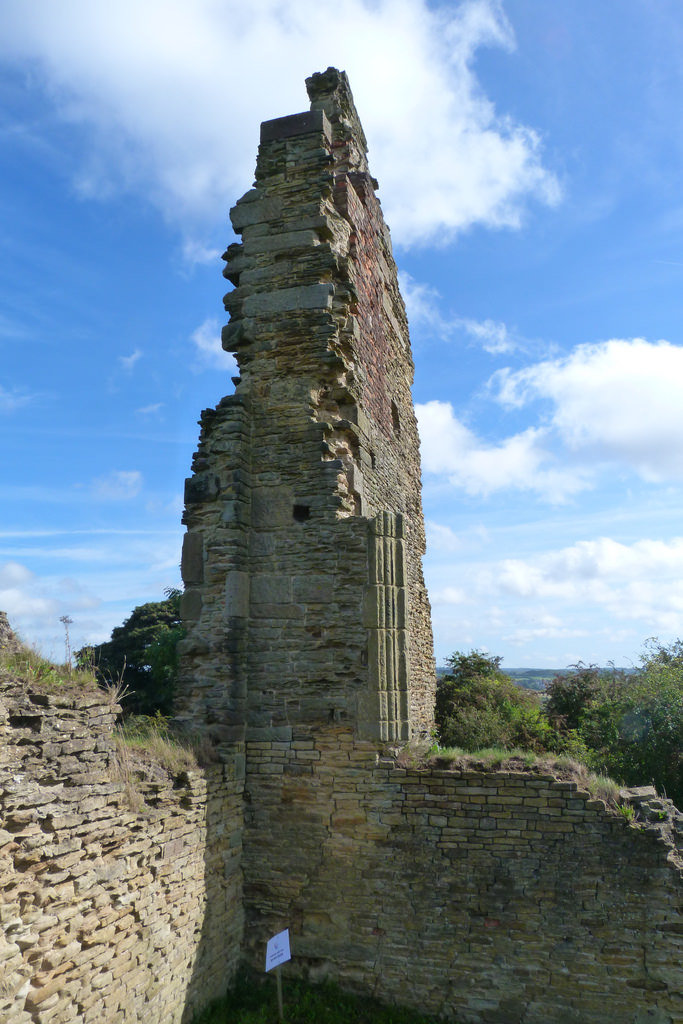 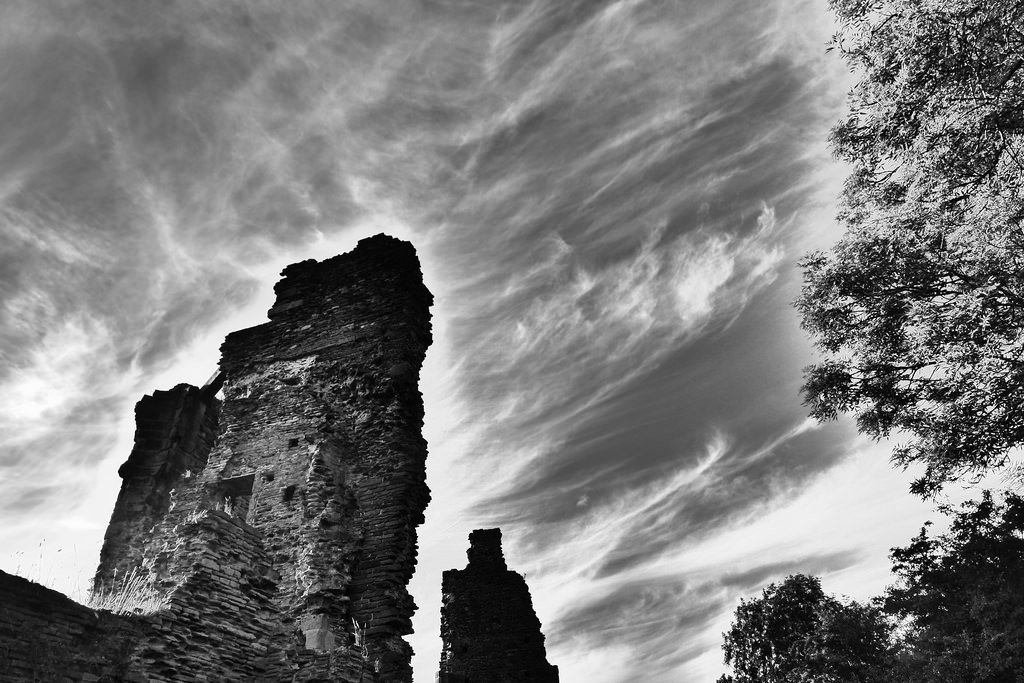 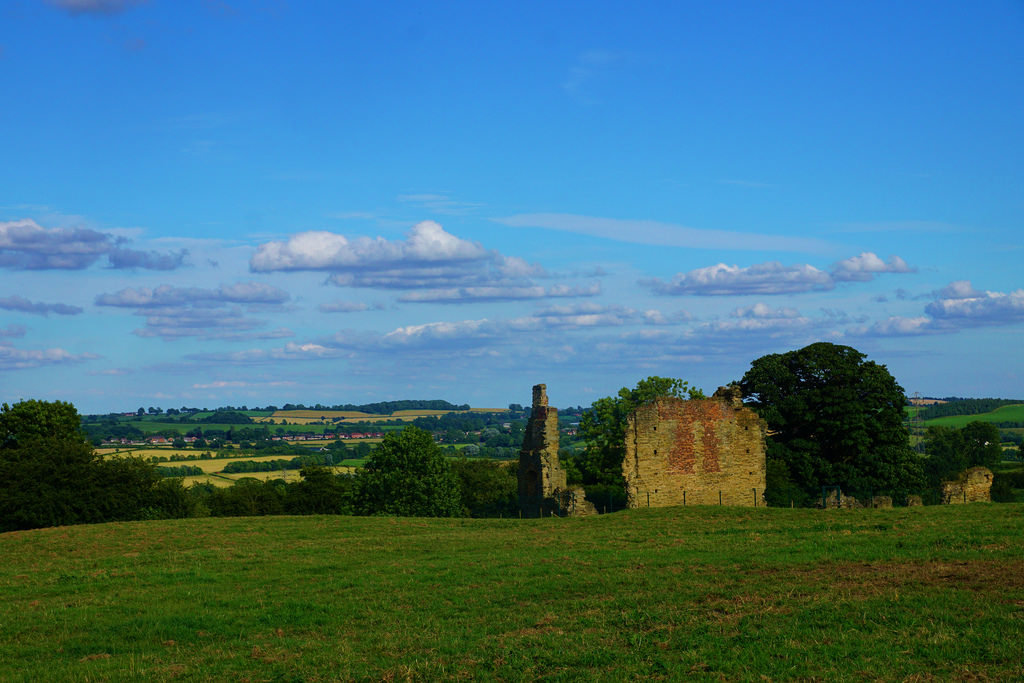 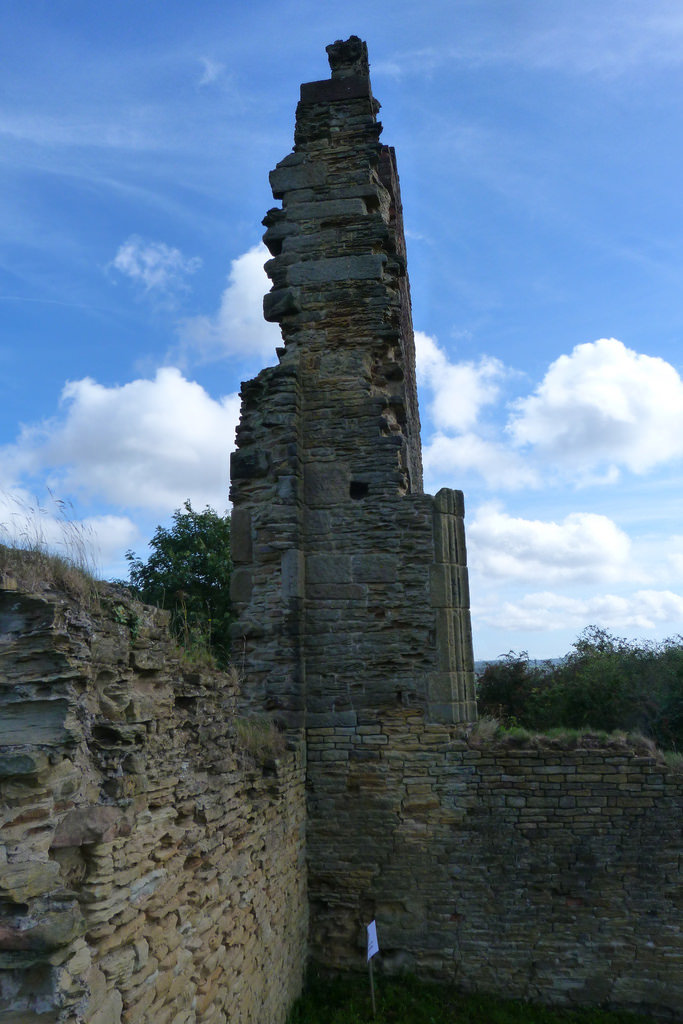 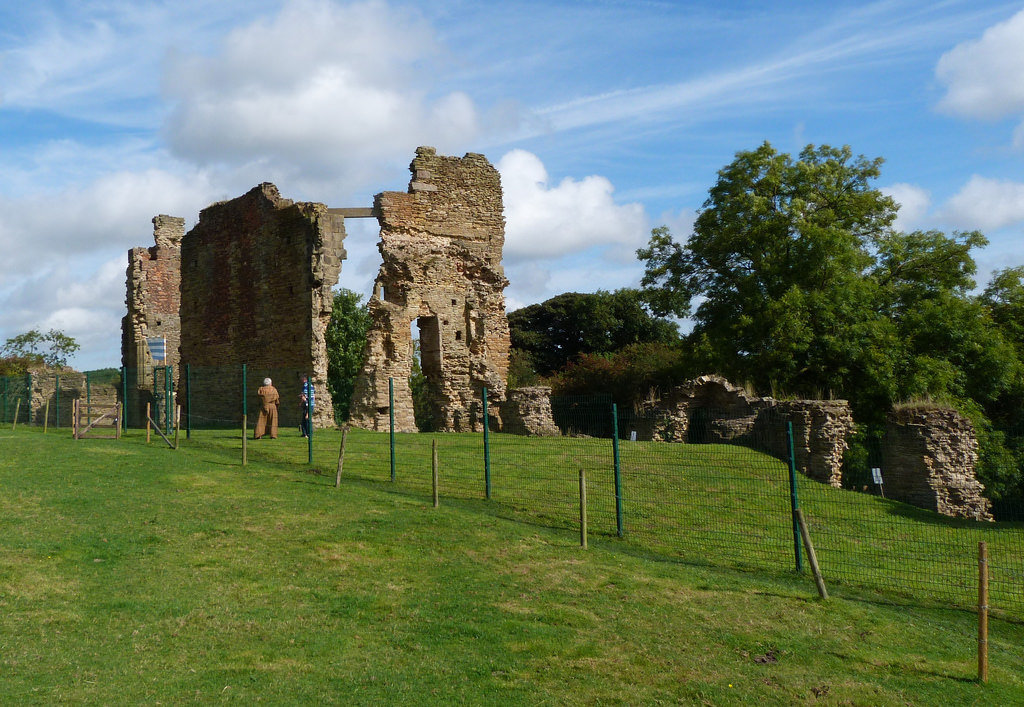 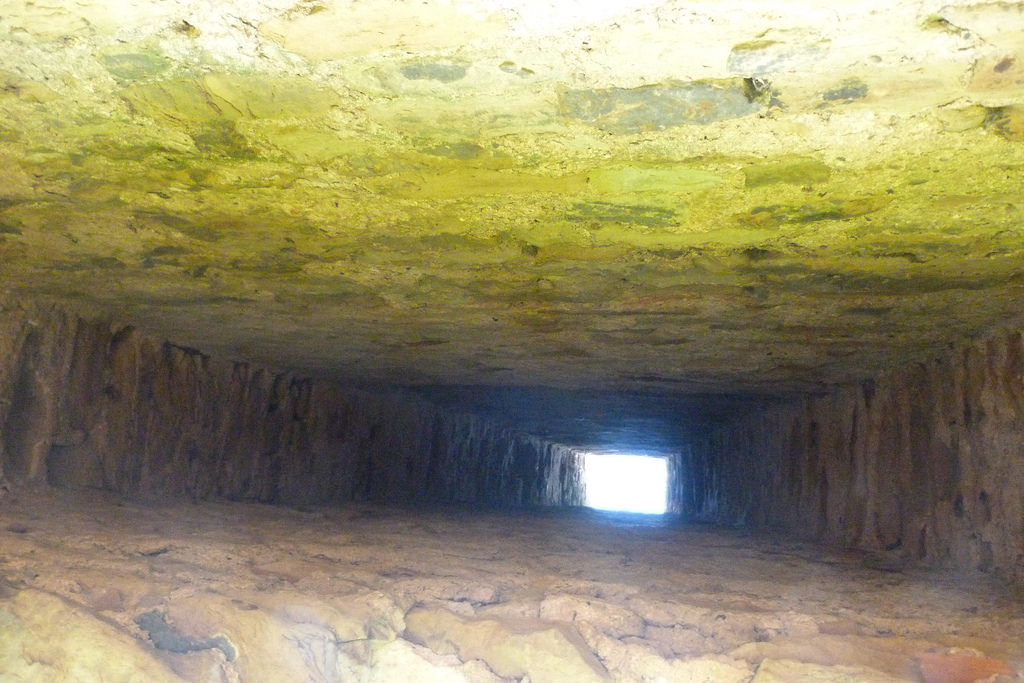 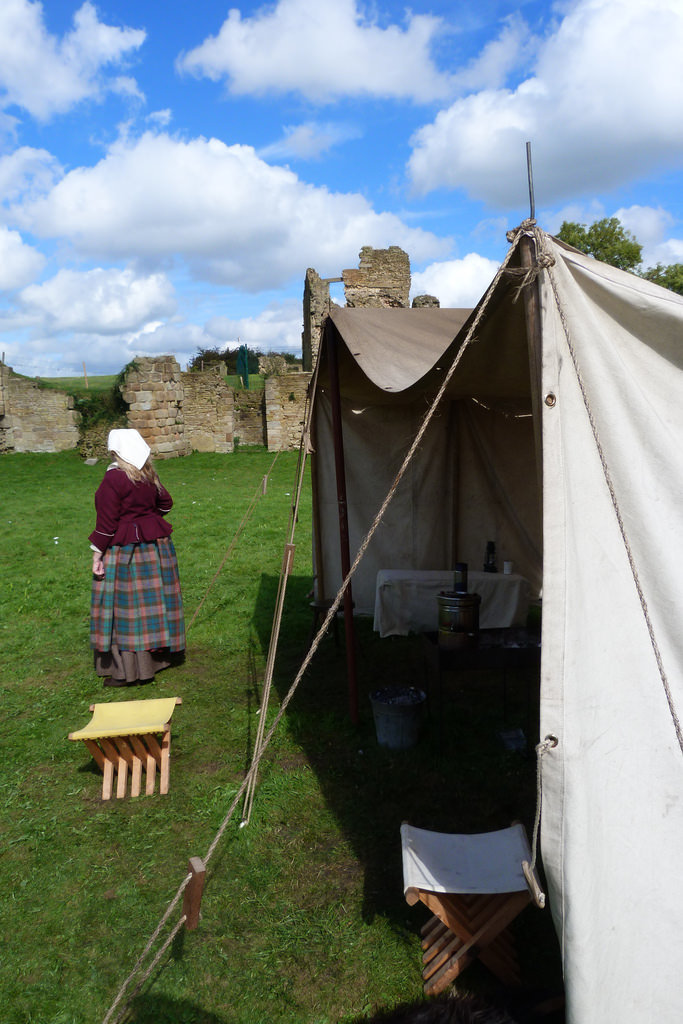 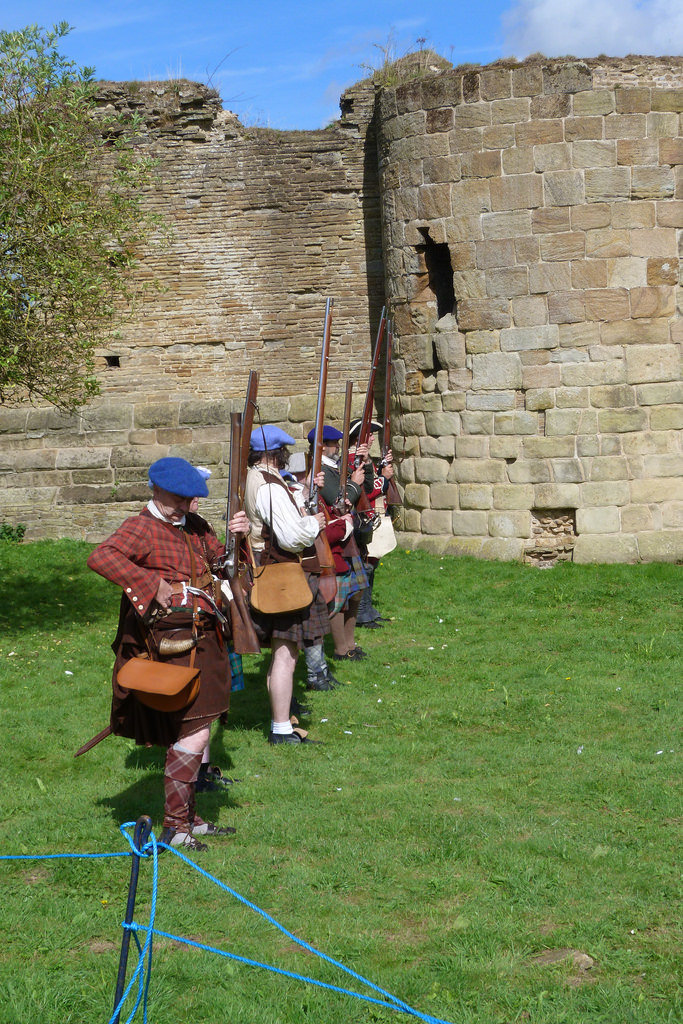 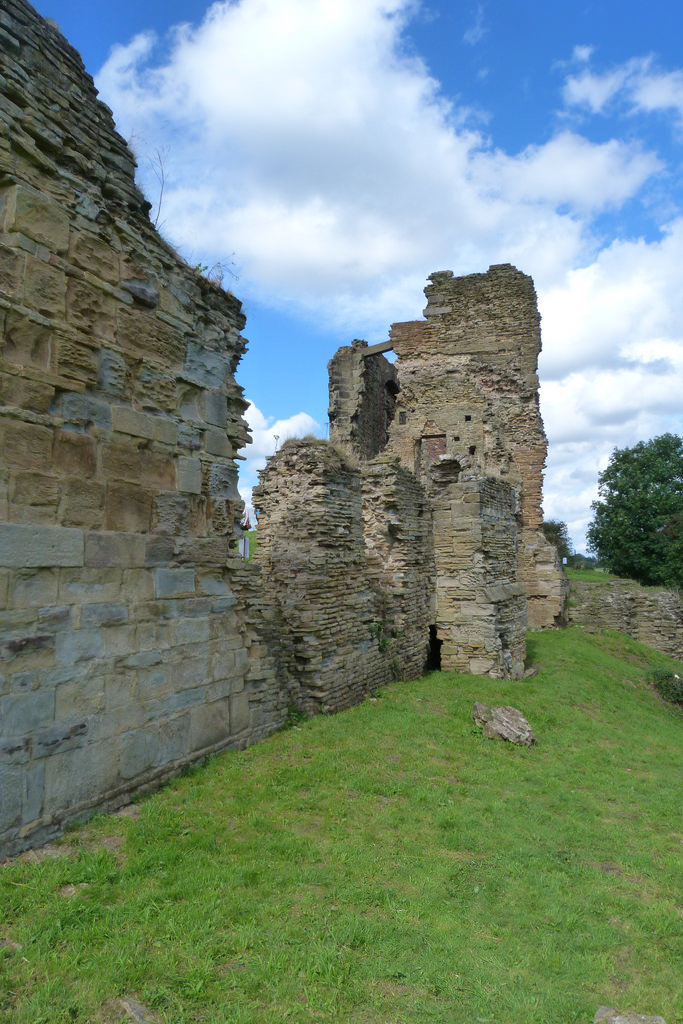 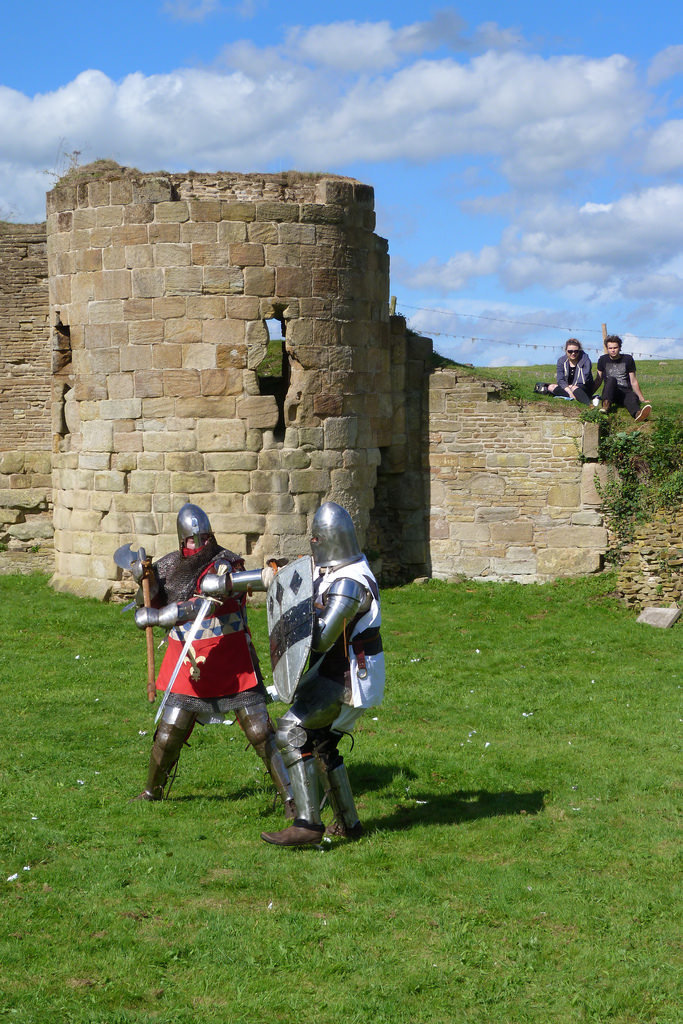 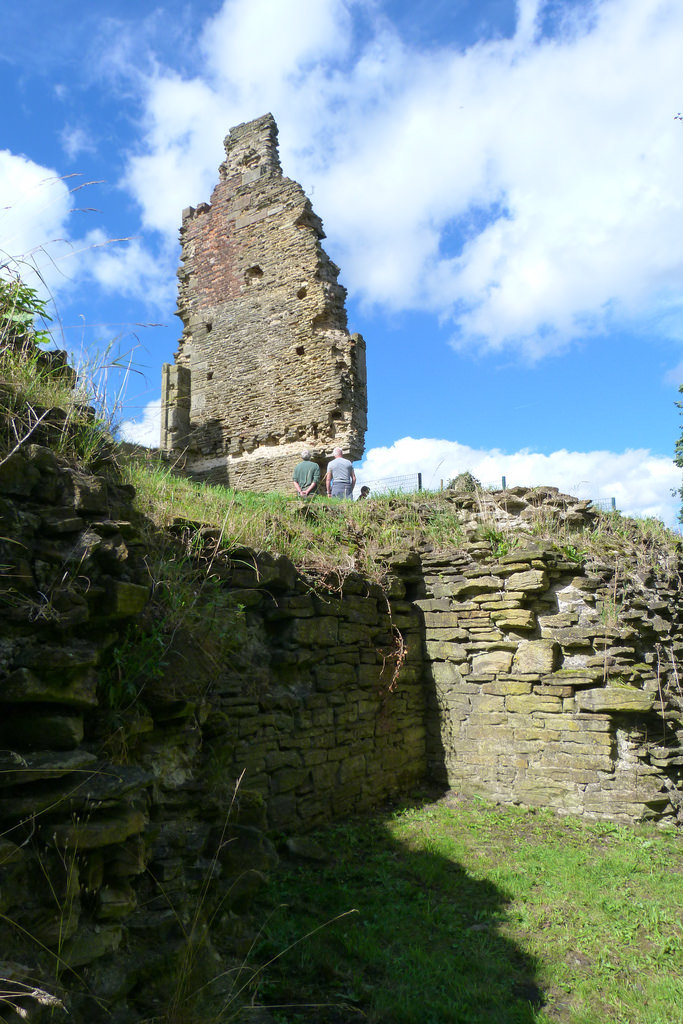 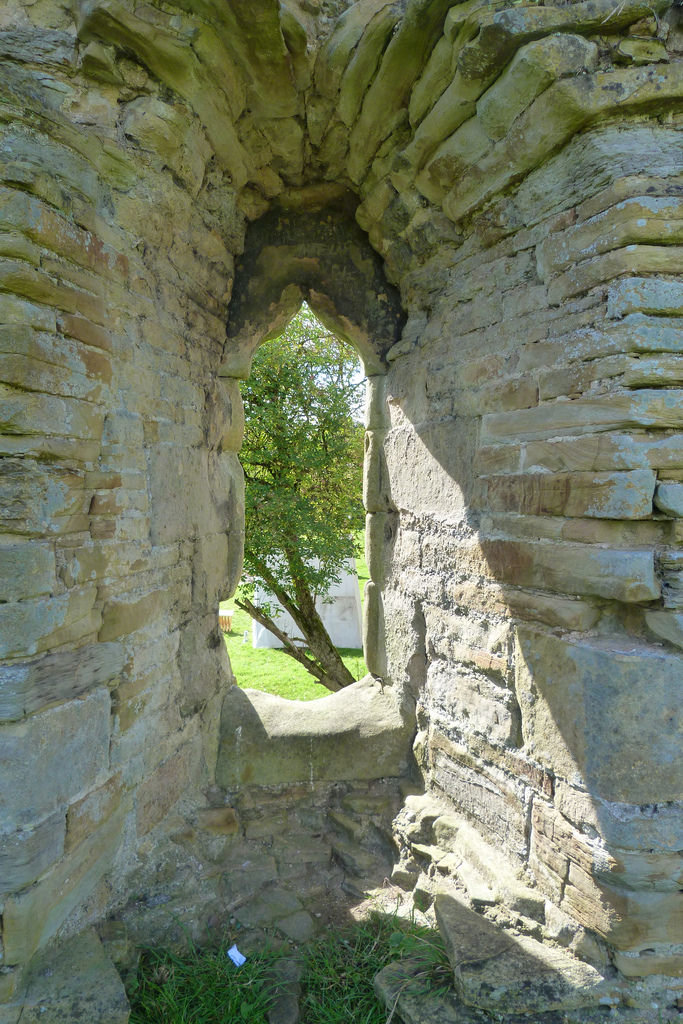 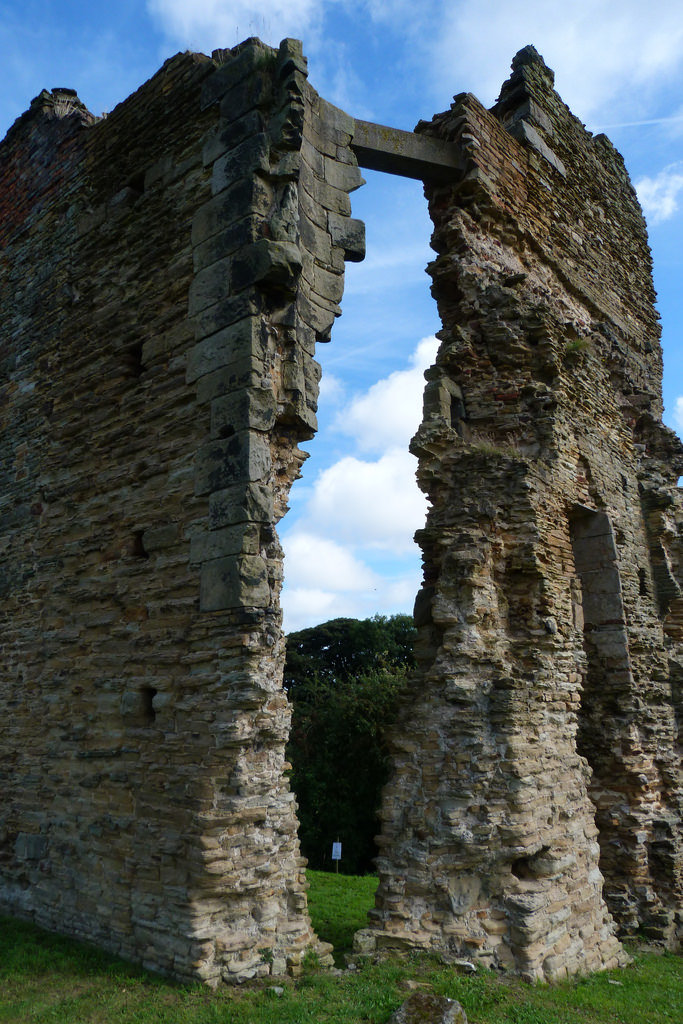 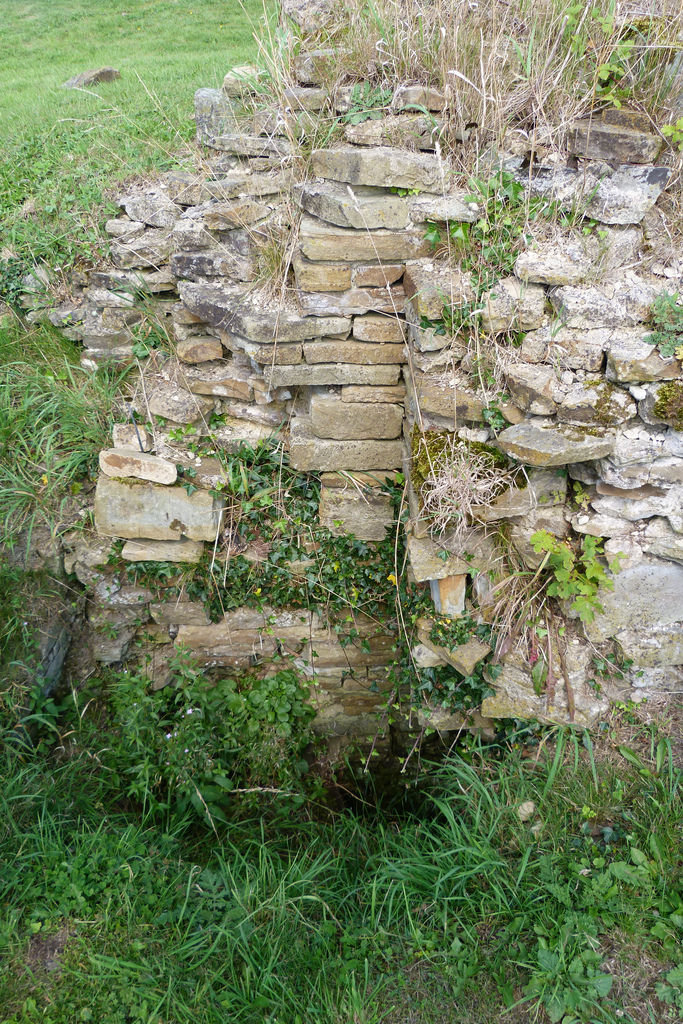 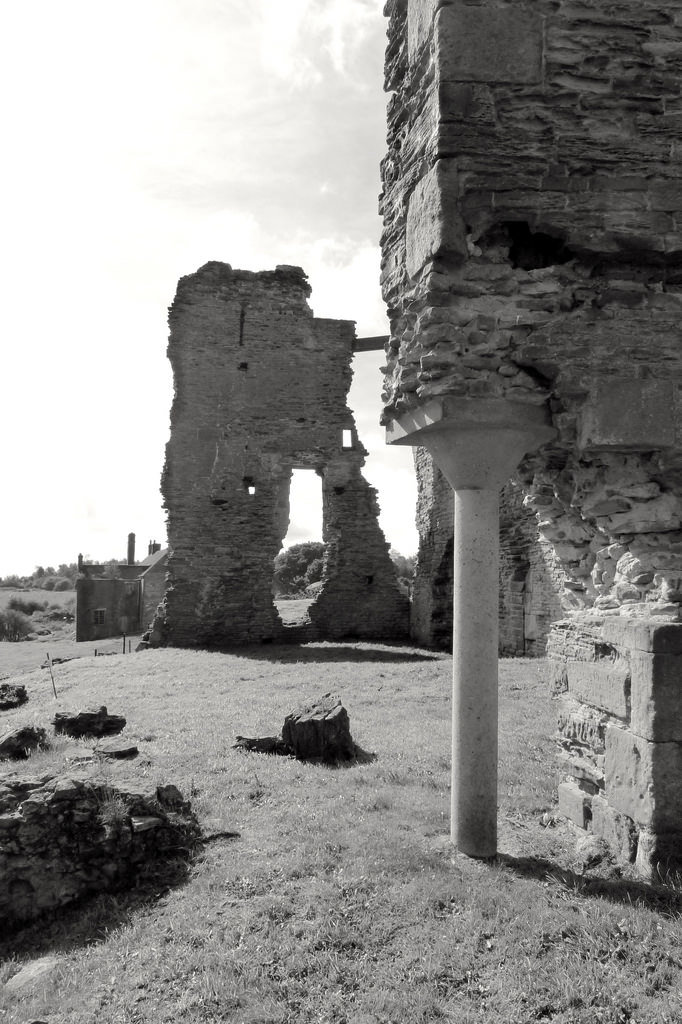 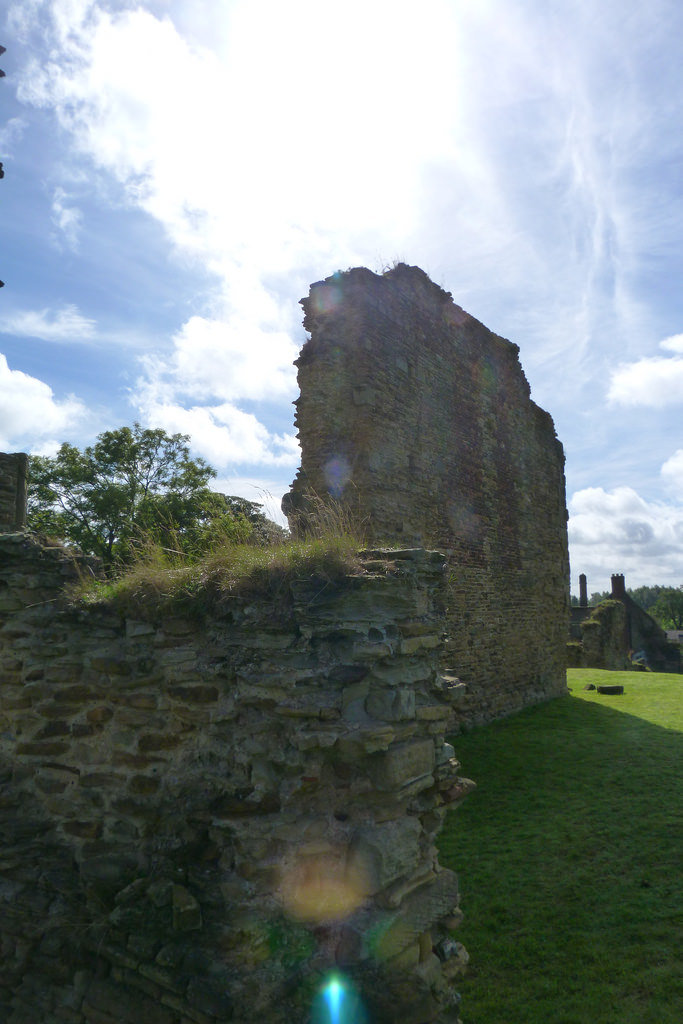