×
What are you looking for?
See all results
Churches in Bârsana

Church of the Presentation of the Virgin in the Temple 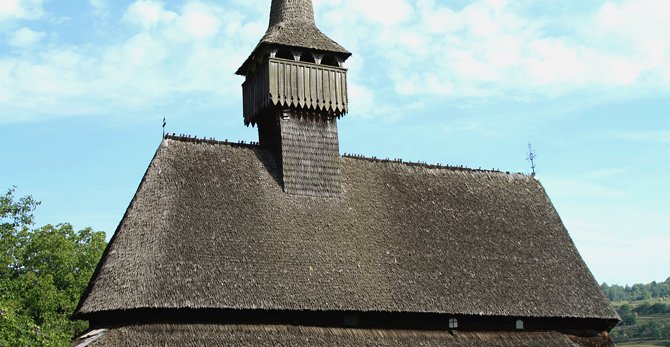 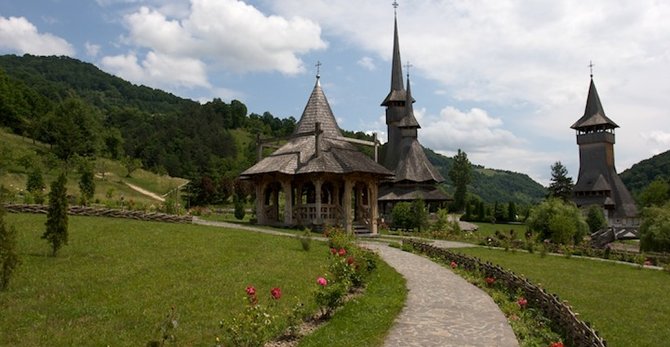 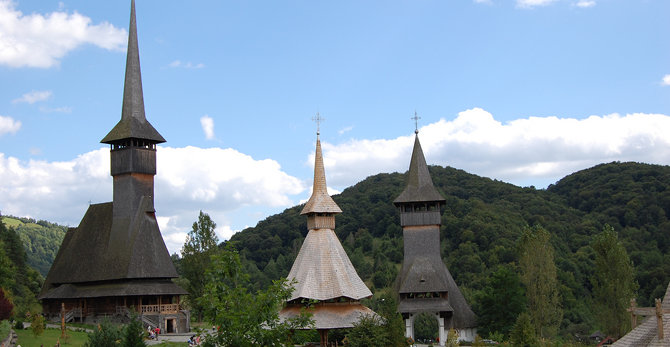 The Călineşti Susani church stands in the village of Călineşti in the region of Maramureş, Cosău valley, in Romania. This church is representative for the Moldavian inspired wooden churches of Maramureş, retaining though the local characteristic roof with two eaves.

The wooden church from Călineşti Susani was built isolated on a height above the village, a drastic measure after the previous one in the middle of the village had caught fire from the neighbouring farms. The present church is dated by an inscription on the portal of the entrance from 1784. This church appears to have been built by the same master carpenter as those from Glod (before 1784) and Poienile de sub Munte (1798). The interior was painted by Nicolae Cepschin in 1788.

According to the local tradition the carpenters were two brothers, fled probably from Moldavia. The church was built during the pastorate of Ignat Opriş and Filip Zob Opriş, the later ordained in 1733 in Iaşi by the metropolitan Antoniu of Moldavia. The present church, as its forerunner, was named a Băndrenilor, after the noble founder family Şerba, nicknamed Băndreni. We do not know with whose permission the itinerant church carpenters had started the construction of an unfamiliar Moldavian church with lateral apses here, yet, the local tradition remembers the villagers became very upset for this and discharged the carpenters from their started work. Not until they succeeded to build another church, in Glod, more like a local one, they were entrusted to continue their work in Călineşti Susani. After their return, they seem also to have changed the plans, probably in agreement with the founders, and completed the church with the characteristic narrowed superstructure and a tower, like any other traditional church with two eaves.

As it was remarked by others, the most distinctive feature of this construction is the plan with its lateral apses. The entrance of the church was placed on the south and its threshold is the long southern ground sill, laid first over the stones of the foundation. The western part of the narthex ends polygonal, with three short walls. At the opposite side, the sanctuary has also a polygonal shape with five outer walls. In the middle it is the nave, enlarged on both lateral sides by two polygonal apses, also with five short outer walls. Behind the iconostasis, on both sides of the sanctuary, but unobserved from outside, there are two rectangular pockets like rooms used as prothesis and diaconicon. In Moldavia, loana Cristache-Panait mentioned about 30 wooden churches with a similar trefoil plan. The church was built 7 m wide for about 95 men and 75 women, which was a mean parish at that time. Inside the nave there is a choir loft that much probably was built at the same time with the church, and there can about 45 children, young men and women attend the service, apart from their parents. As in the plan, the church continues to respect the Moldavian constructive tradition in the lower part of its elevation. The lower walls were erected 3.7 m high, higher than the half of the width of the church. The uppermost timbers end outside the wall with cantilevers to support the eaves purlins of the lower roof. These cantilevers, high above the ground and shaped with numerous stylised heads of horses, arc very specific for Moldavia. The same can be said abut the dimensions and the design of the portals, windows and openings in the wall between men and women. The consoles inside the nave and sanctuary, and the cross beams supporting the flat ceiling over the narthex are all adorned with filigree like decoration. The large eaves formed by the long ends of the lower rafters and the typical continuous roof over the apses and all around the church complete the list of Moldavian features.

The much the lower part of the church represents the Moldavian school as much the superstructure, the double roof and the tower belong to the local constructive tradition. The contrasting fusion between the two models of wooden churches is actually the innovating feature of this church. The superstructure was superimposed on consoles above the lower fabric, designed in the west with a polygonal shape, like the western part of the narthex underneath. Two small upper windows on each long side of the nave give the church its basilica appearance. The upper frame of the roof consists of pairs of rafters tied together and stiffened by a collar. The tower was suspended above the narthex, with the four uprights supporting straight the spire of the steeple. The bell chamber is almost only an outer adornment. The church was built mainly of spruce fir timbers, but a different tree essence was used for the sills, the two portals, the frames of three large windows and for the framework of the tower. The frames of two large windows seem to be prefabricated, while the third was designed with an arched upper part topped by a cross, a motif similar with that on the portal above the entrance. The three large windows together with the small one on the west facade seem to be penetrated by the horizontal axes of the church, from east to west and from south to north, forming an invisible but present Latin cross inside the holy house.

This church is more than influenced by the Moldavian sacred architecture, it is rather a Moldavian wooden church transplanted into a Maramoroşan village. The carpenters without doubts came here from Moldavia and accomplished a curious but successful hybrid between a typical Moldavian trefoil church and a local basilica church, with great charm, inspiring local builders later in the 20th century.

Tips & Hints
Arrange By:
Popular first New first
There are no tips nor hints for Church of the Presentation of the Virgin in the Temple yet. Maybe be you will be the first one to post useful information for fellow travellers? :)

Saint Parascheva Church is a Romanian Orthodox church in Desești

The location of the geographical centre of Europe depends on the 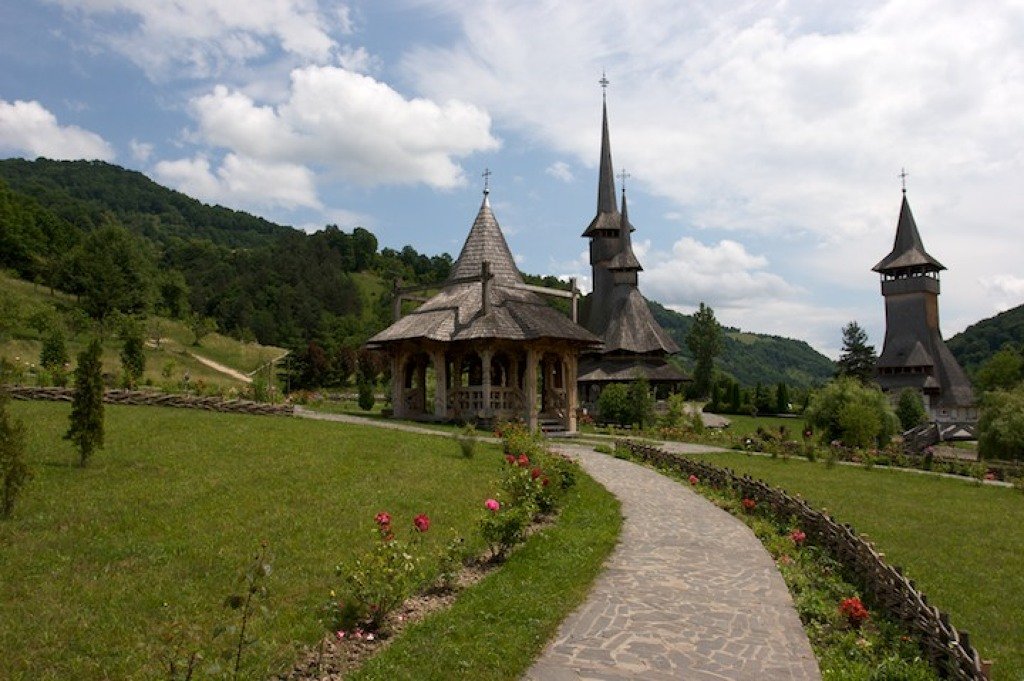 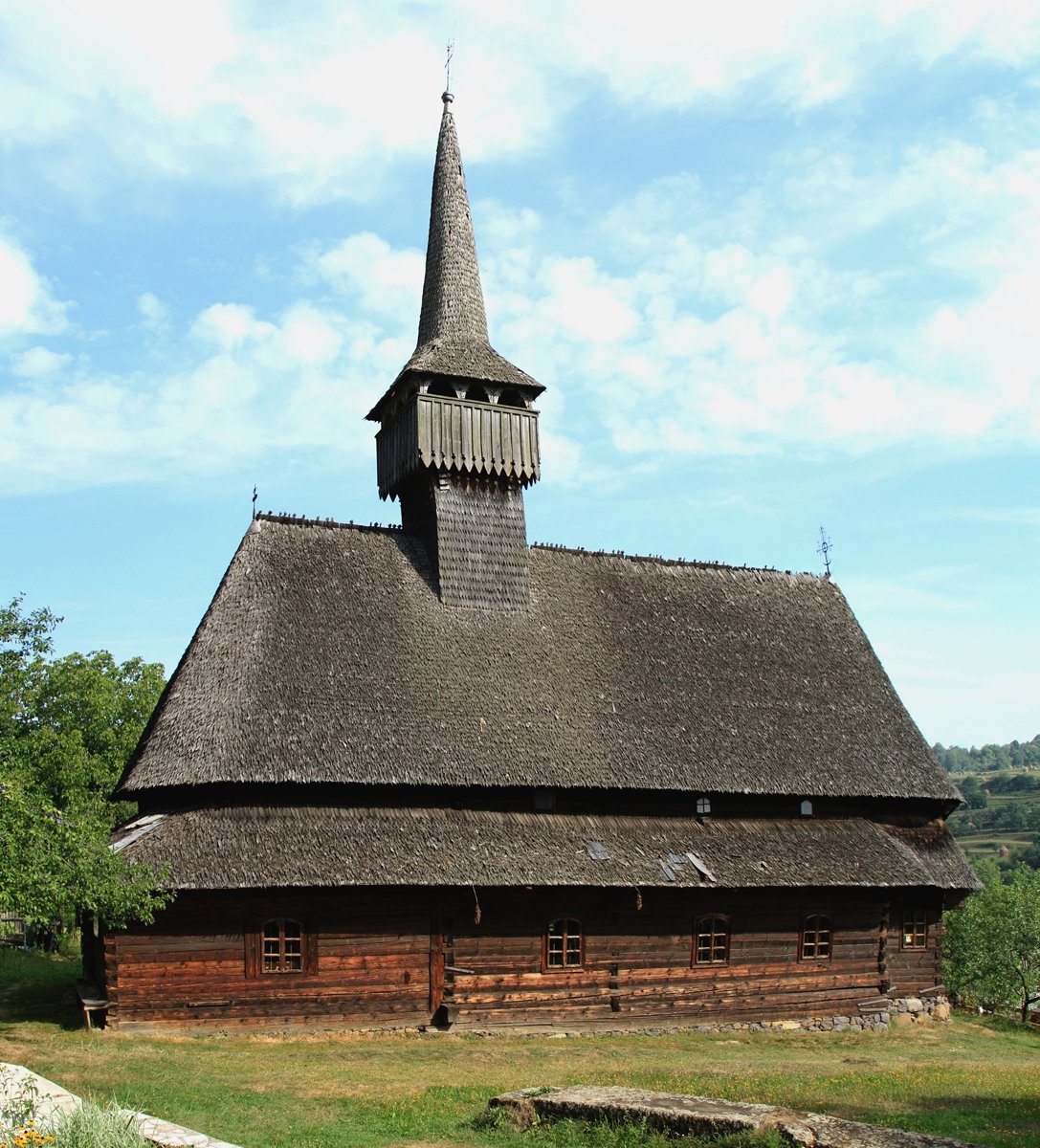 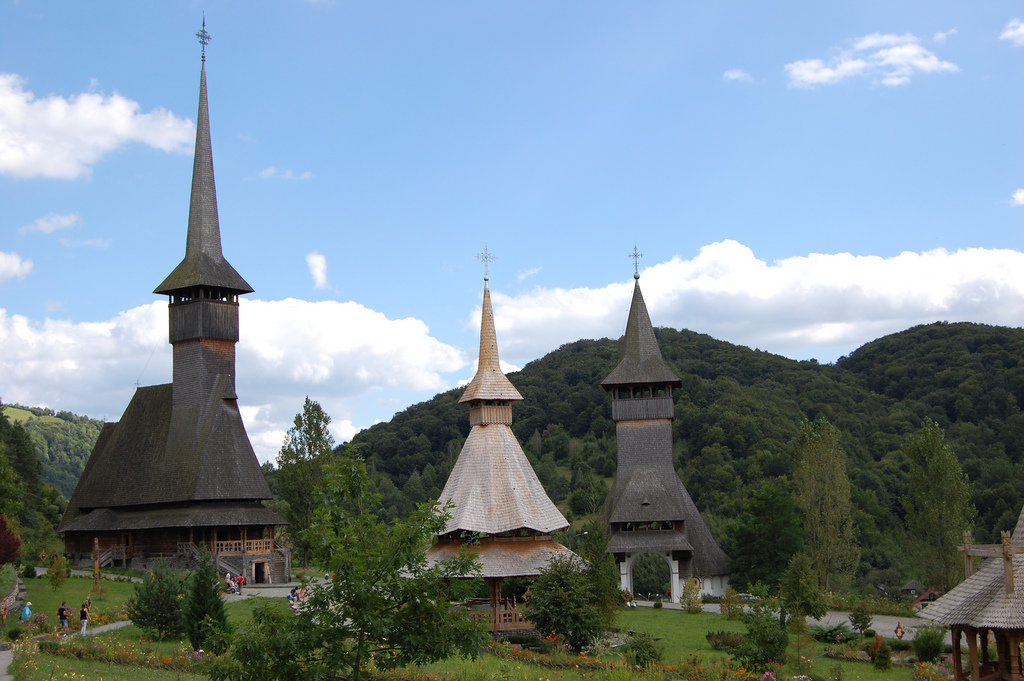 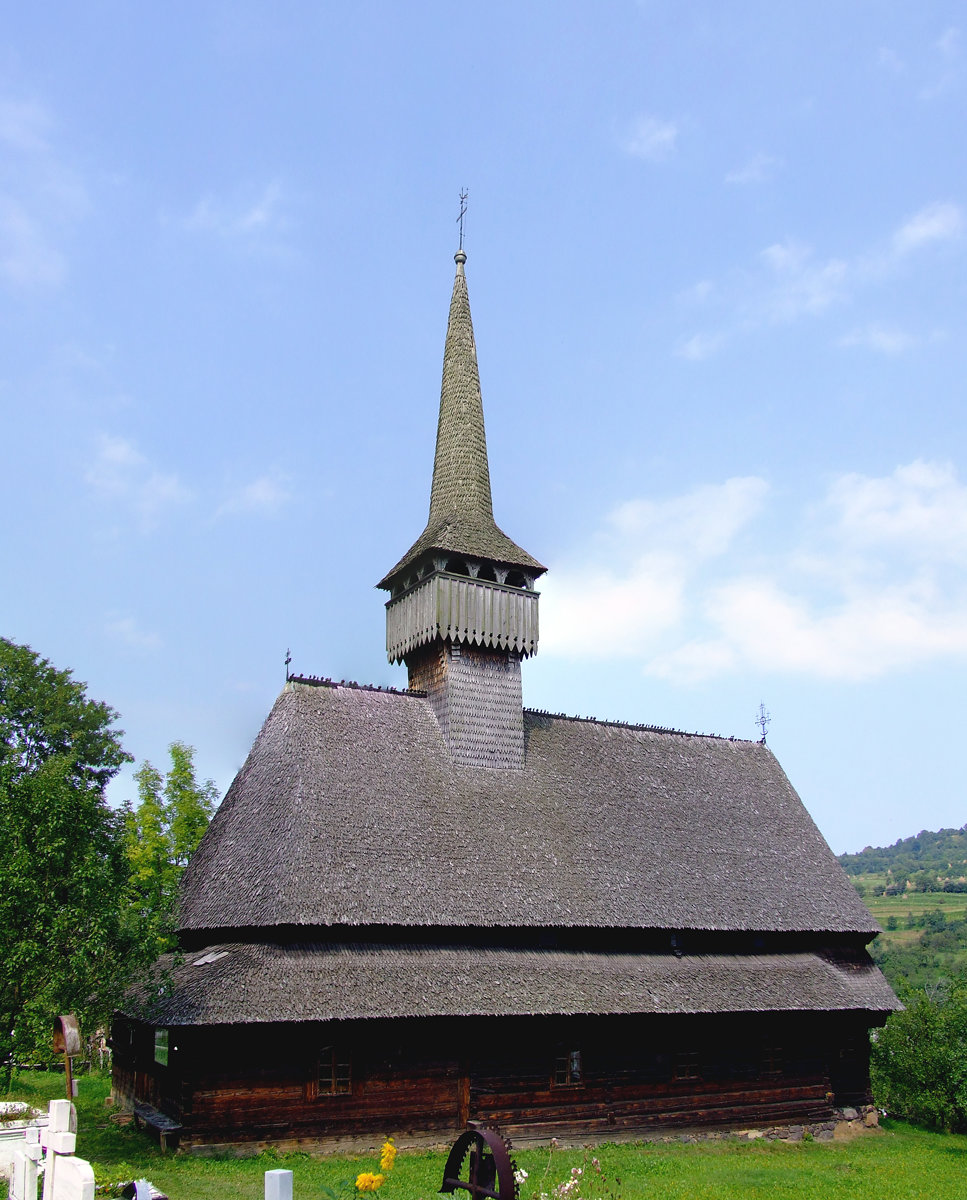 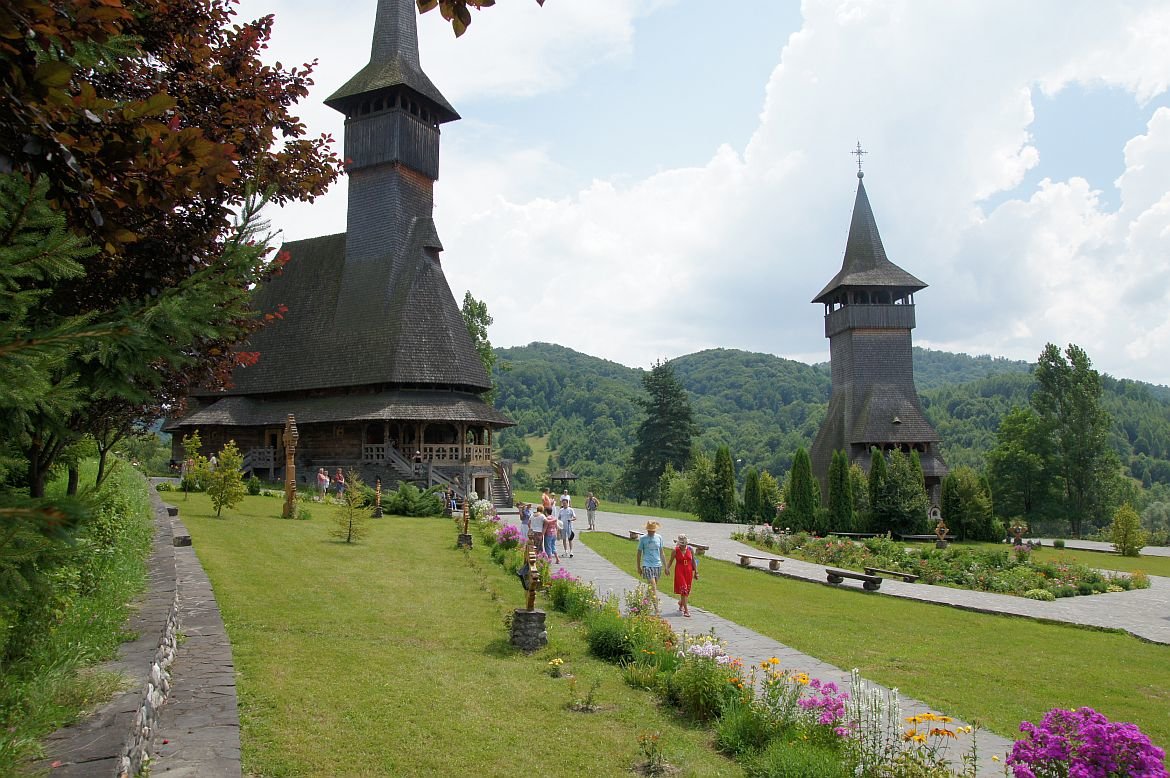 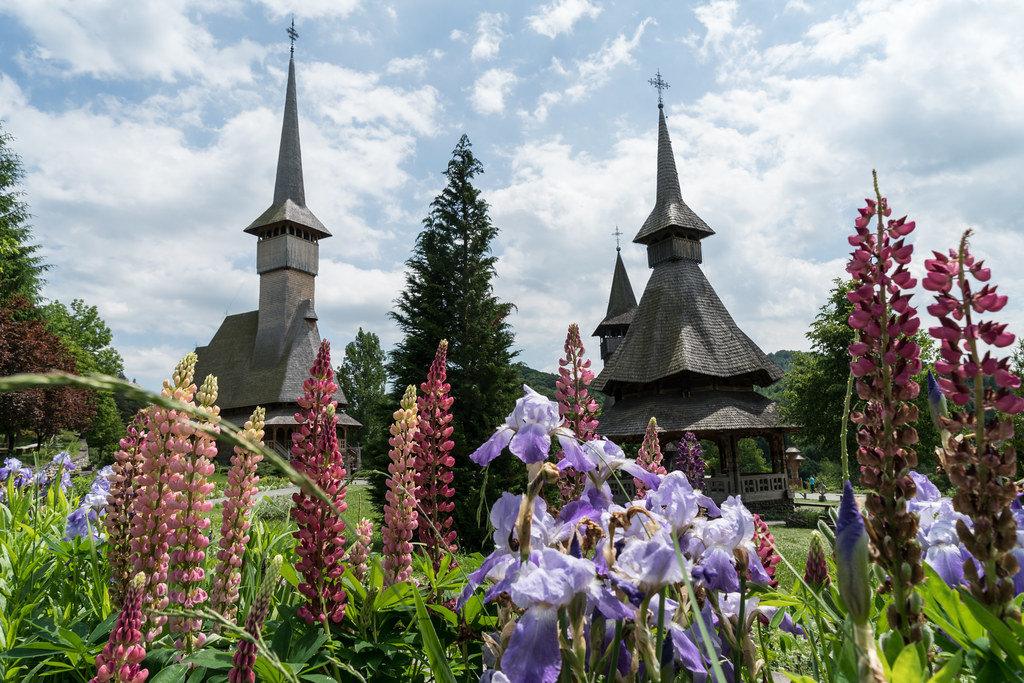 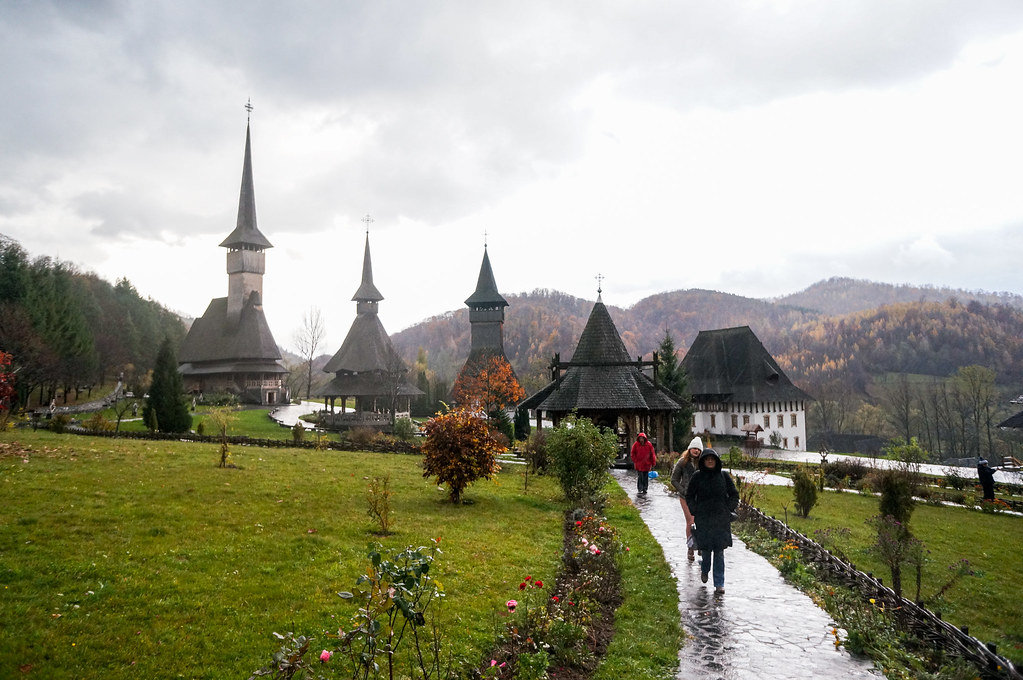 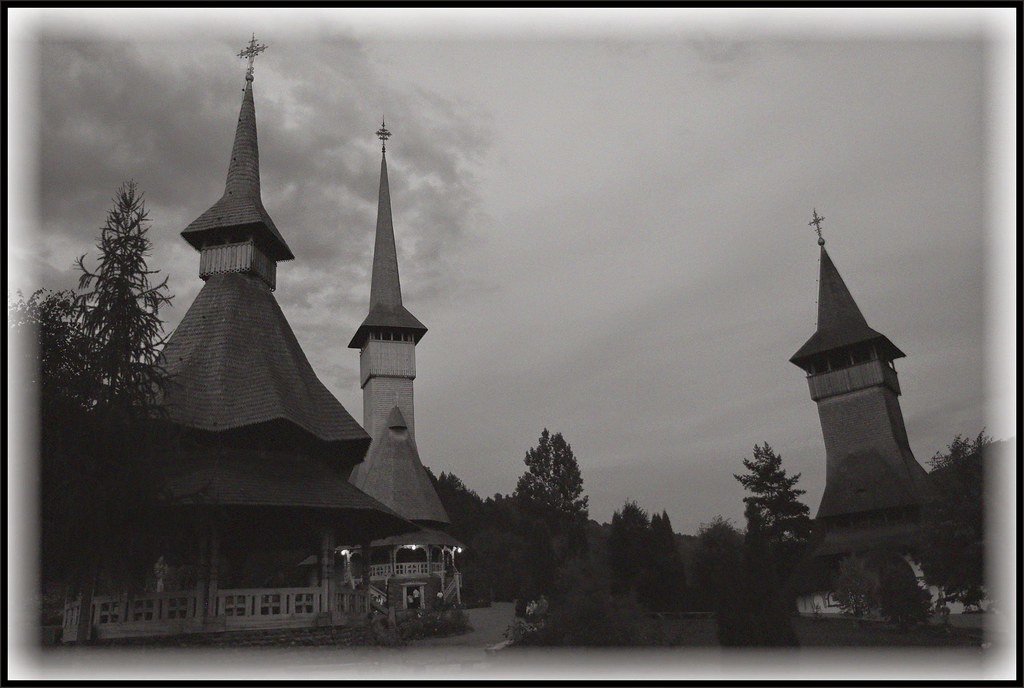 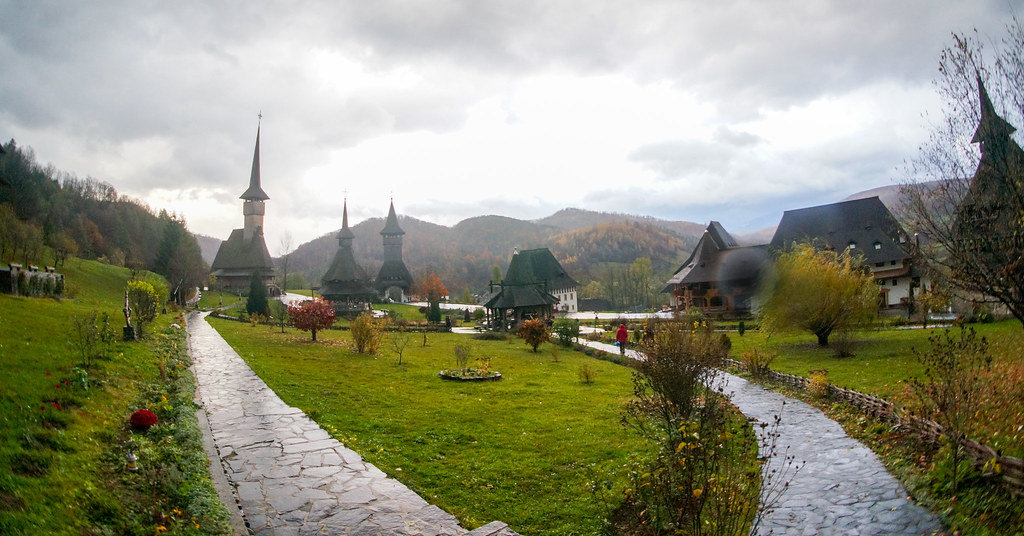 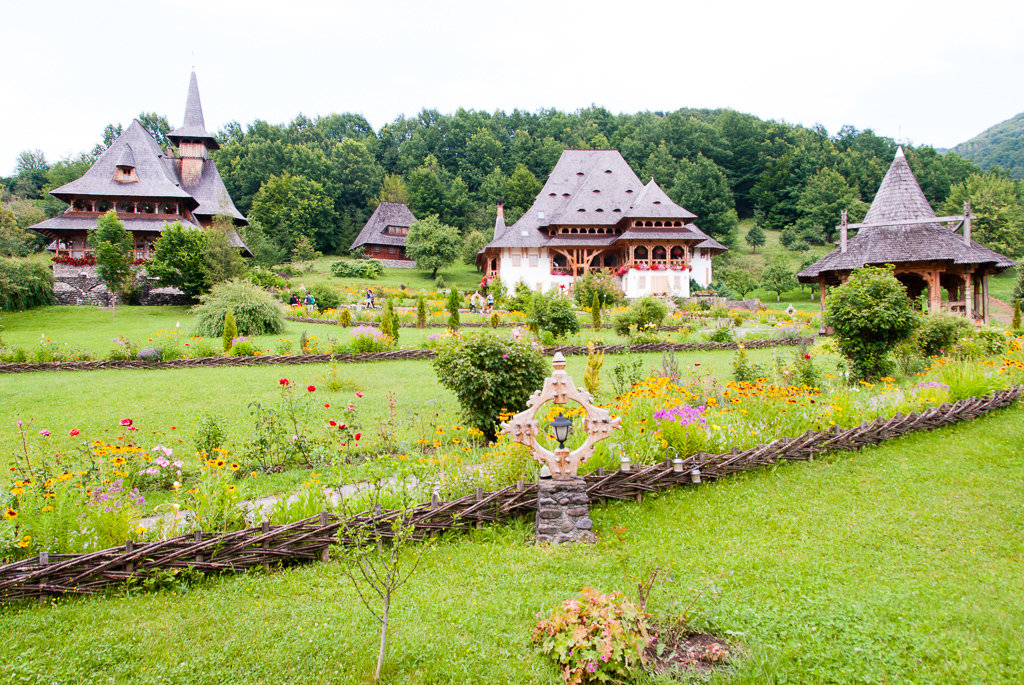 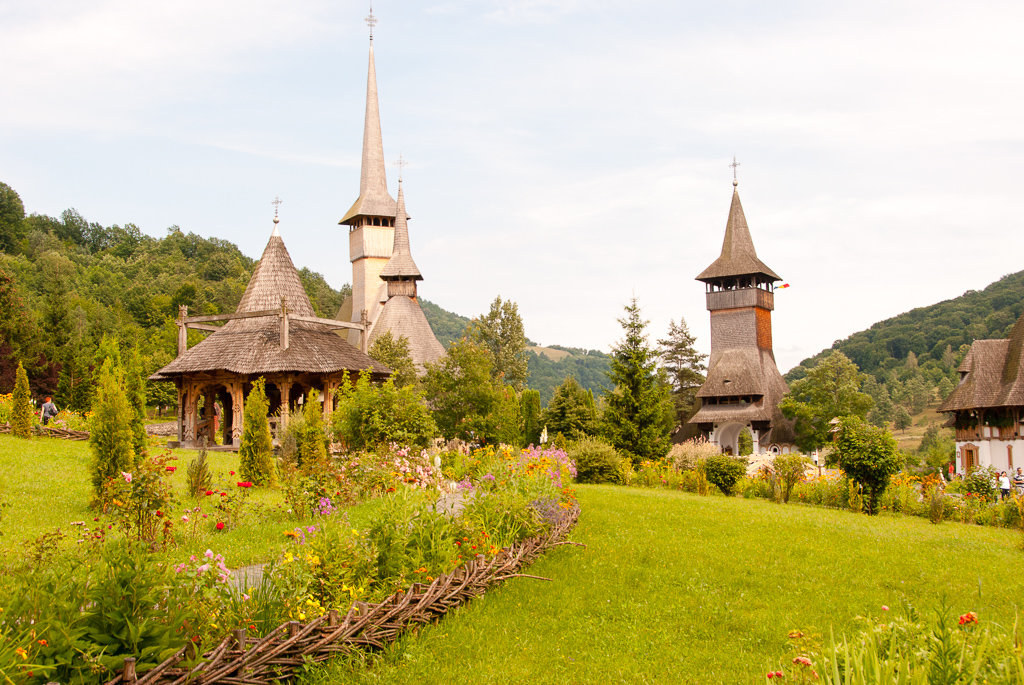 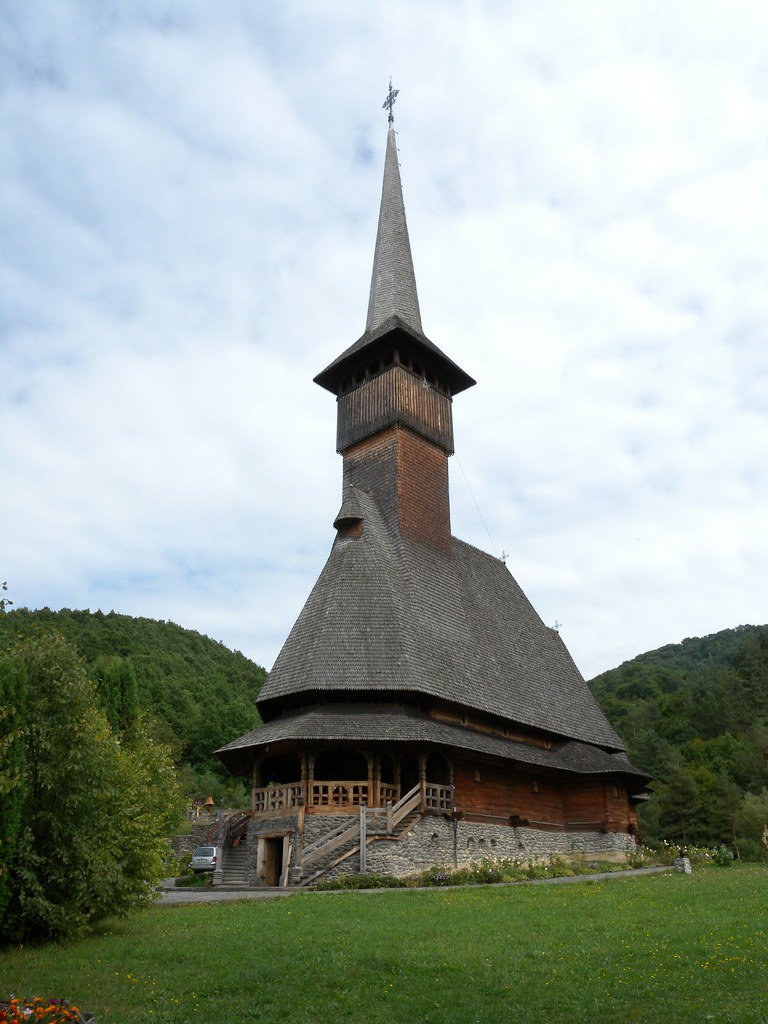 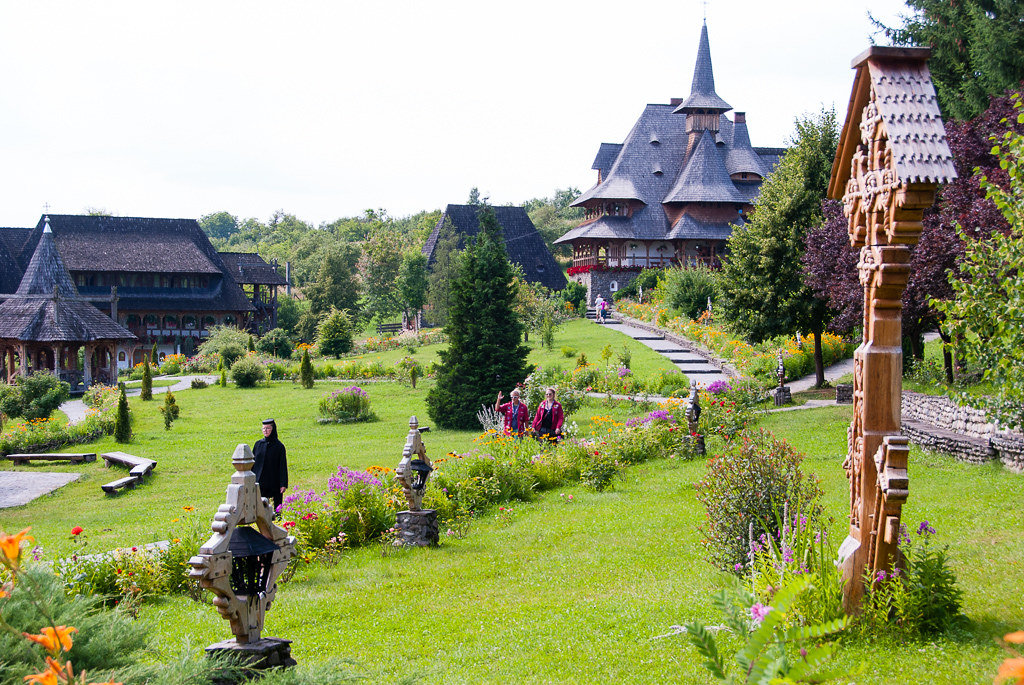 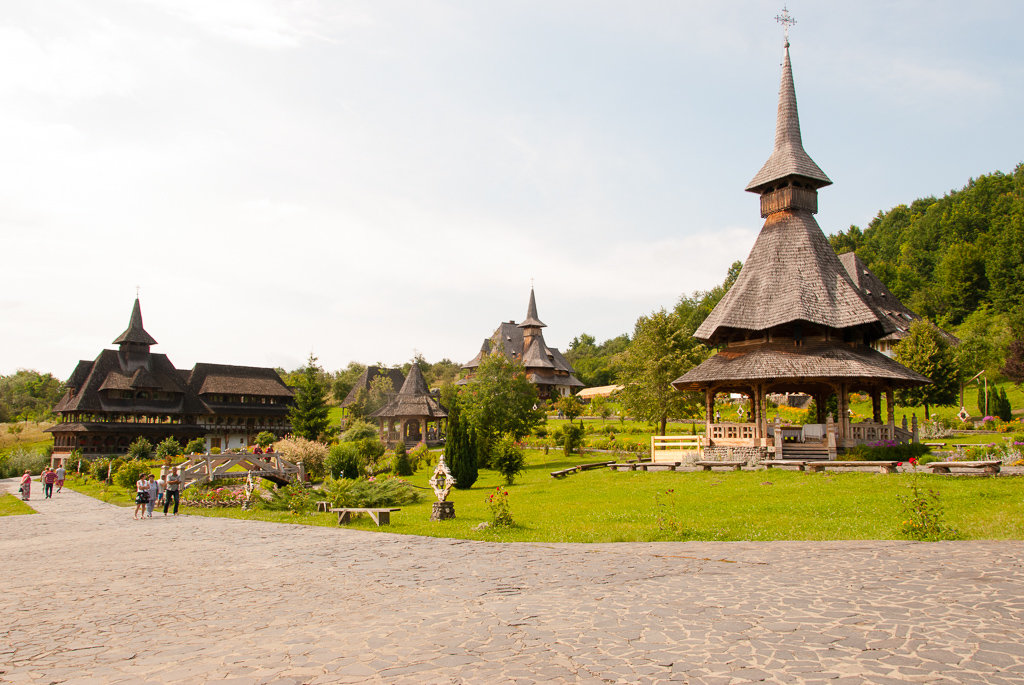 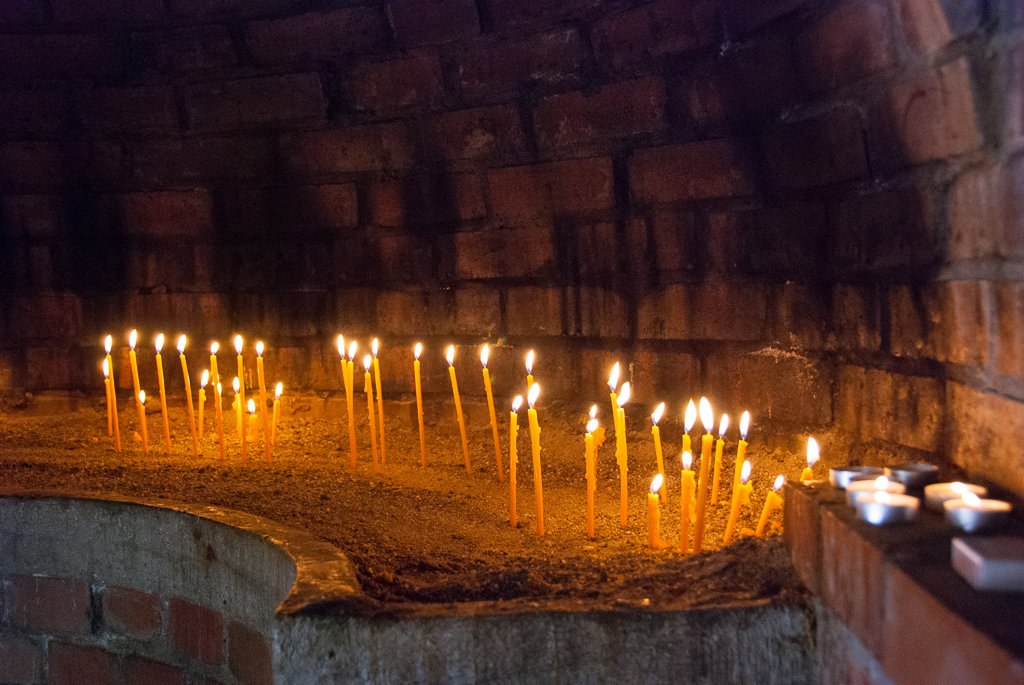 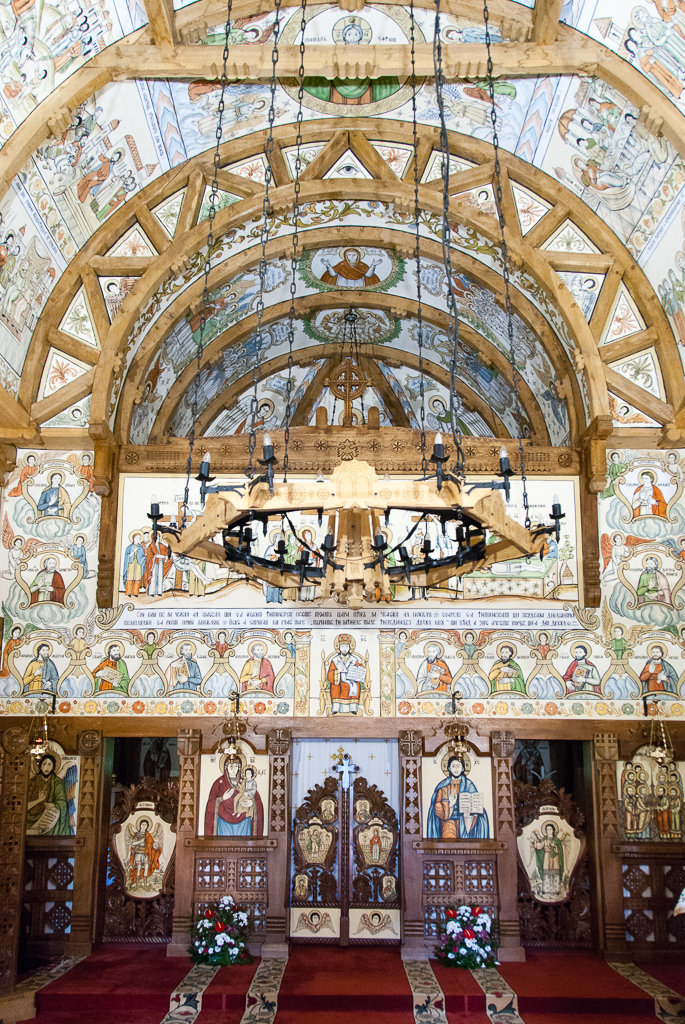 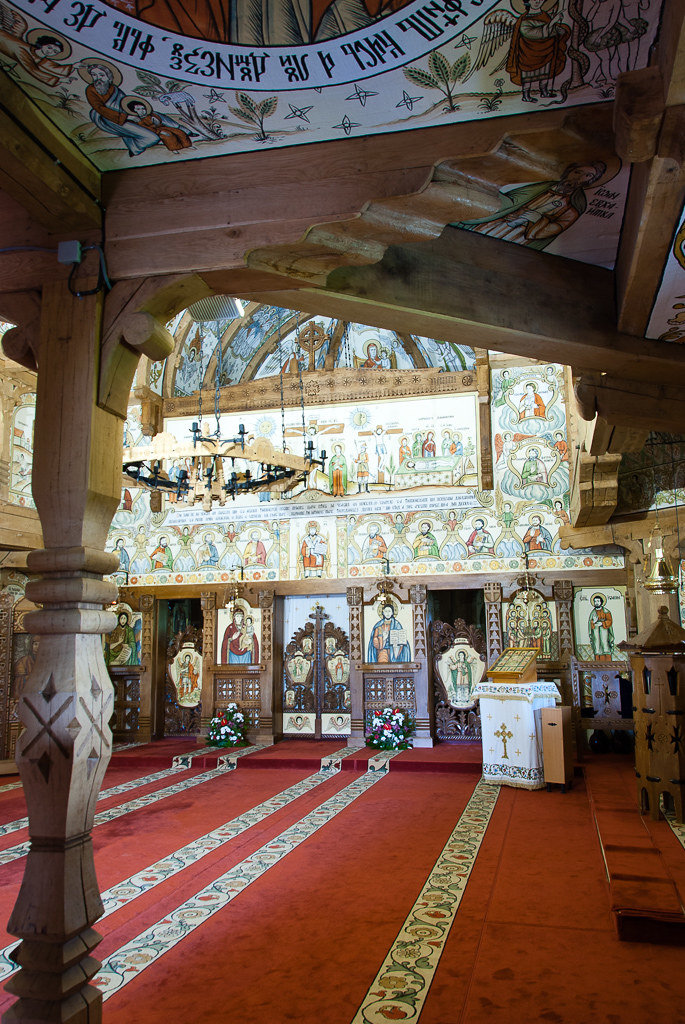