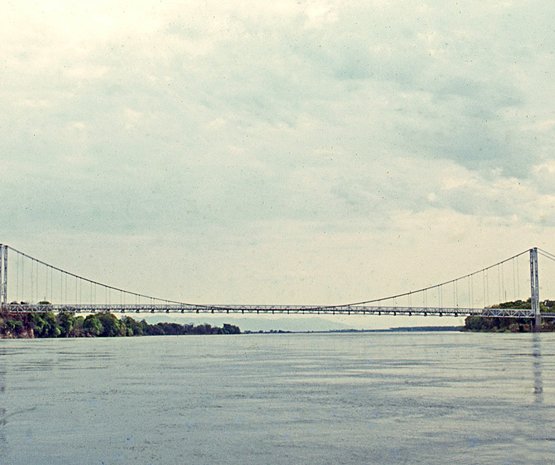 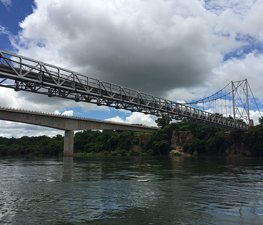 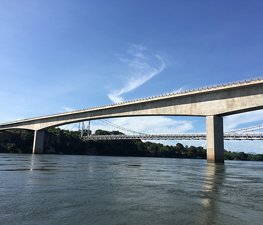 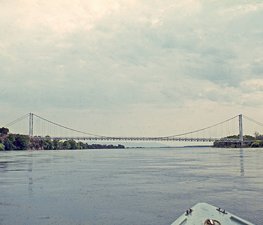 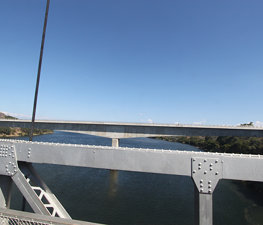 The Chirundu Bridge now consists of two road bridges side by side across the Zambezi River between the small town of Chirundu, Zambia and the village of Chirundu, Zimbabwe. At this location around 65 km downstream from the Kariba Dam the river is about 400 m wide. The bridges carry the Harare to Lusaka section of the Great North Road, which extends between South Africa and East Africa, and was once seen as part of a Cape to Cairo Road.

Chirundu is the only town on the Zambezi where two bridges cross the river.

The first Chirundu Bridge is the Otto Beit Bridge built in 1938-9 by the Cleveland Bridge Company and financed by the Beit Trust, which funded most of central and southern Africa's colonial era bridges including the Beit Bridge across the Limpopo River, the Kafue Bridge, and the Luangwa Bridge. The Otto Beit Bridge was the first modern suspension bridge outside the United States built with parallel wire cables. It has a span of 382 m (main span 320 m). As it was built two decades before the Kariba Dam, the engineers had to consider the annual Zambezi flood, now tamed by the dam: hence the requirement for a single span (which the second bridge did not need). It cost £186,000 to build and was opened on 24 May 1939 by Lady Lillian Beit, widow of Otto Beit.

The Otto Beit Bridge is a single-lane bridge, with traffic operating in alternating directions, leading to congestion. Secondly the maintenance of steel suspension bridges is considerable, with cables needing replacement when they corrode, and the age of the bridge also places restrictions on the loads it can carry. Consequently Zambia identified the need for a second bridge.

The second Chirundu Bridge was built by the Kajima Corporation in 2000–2002 and opened on 12 December 2002. It is 90 metres upstream from the Otto Beit Bridge, using the same approaches and border control area. It is a two-lane, three-span continuous prestressed concrete box girder bridge, 400 meters long and 10.3 meters wide.

Stefano B.
If coming by car be prepared for 2-3 hours of formalities. If you're not in a rush it's even funny...

James malupande
This place is close to the sun lol
Load more comments
foursquare.com
6.4/10
4,439 people have been here
I've been here
Add to wishlist

See all hotels See all
Furnished Self Catering Apartments

Mana Pools is a wildlife conservation area in northern Zimbabwe

Independence Stadium is a multi-purpose stadium in Lusaka, Zambia. It

Lake Kariba is a large, man-made lake and reservoir located on the 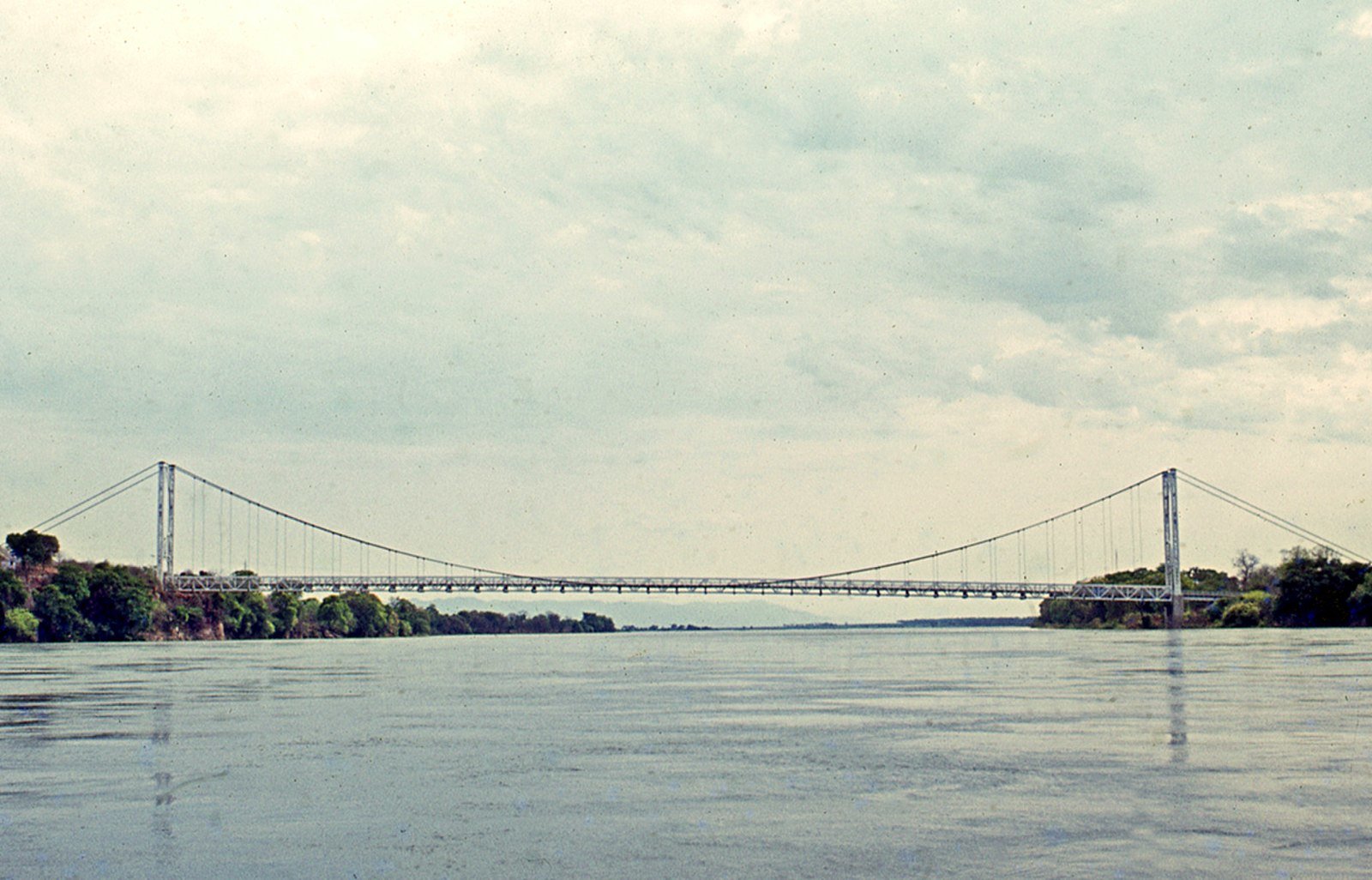 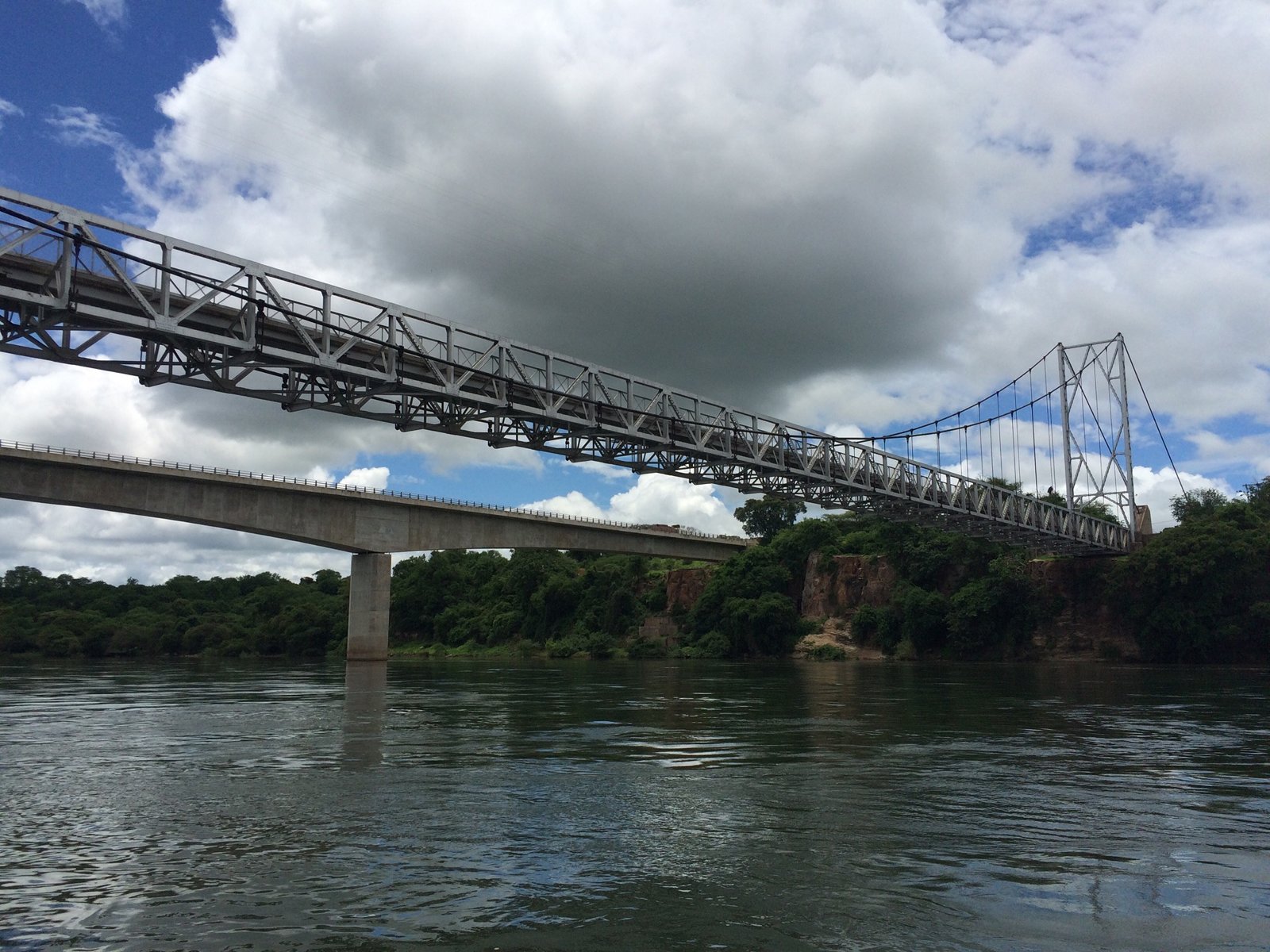 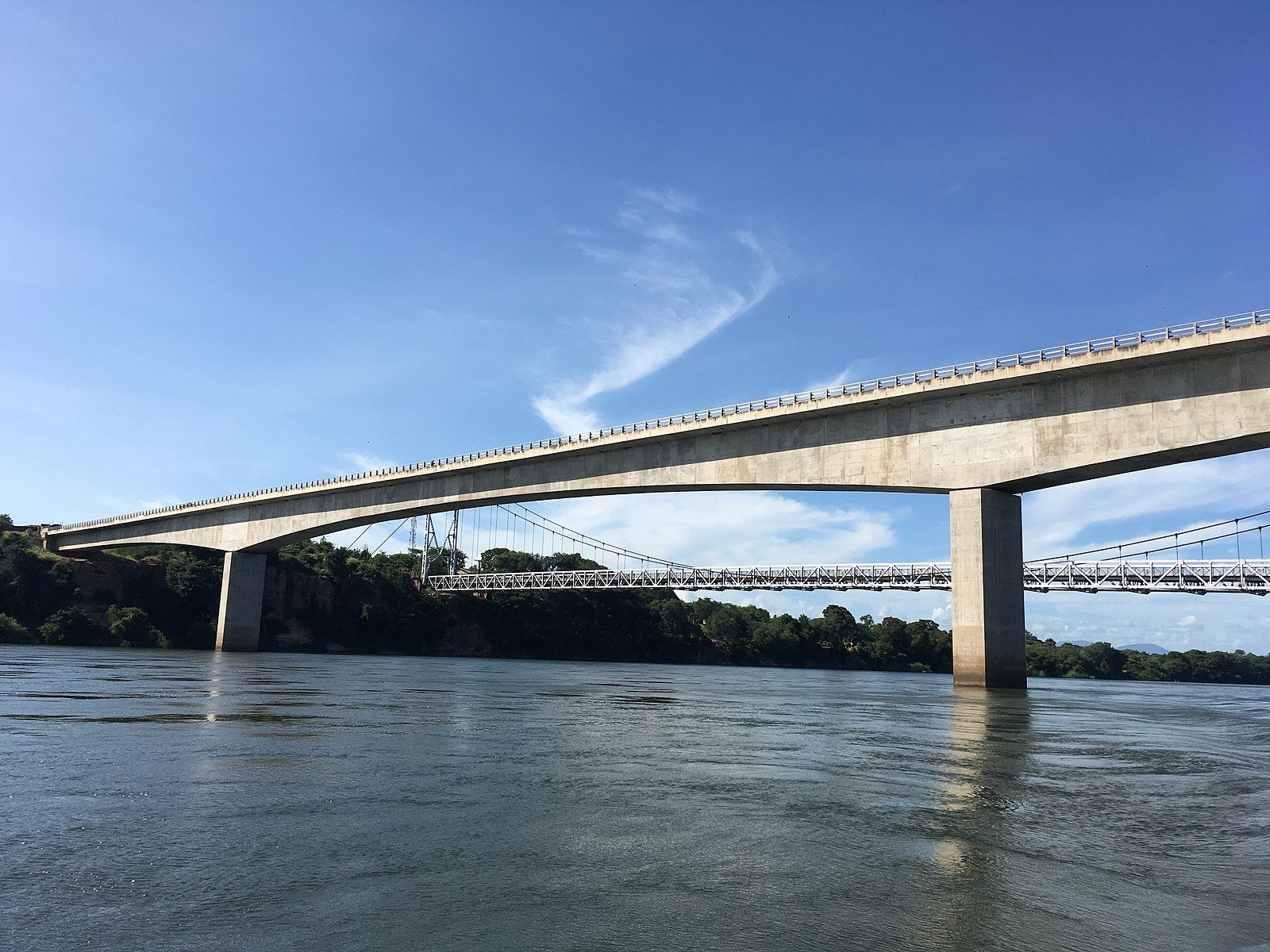 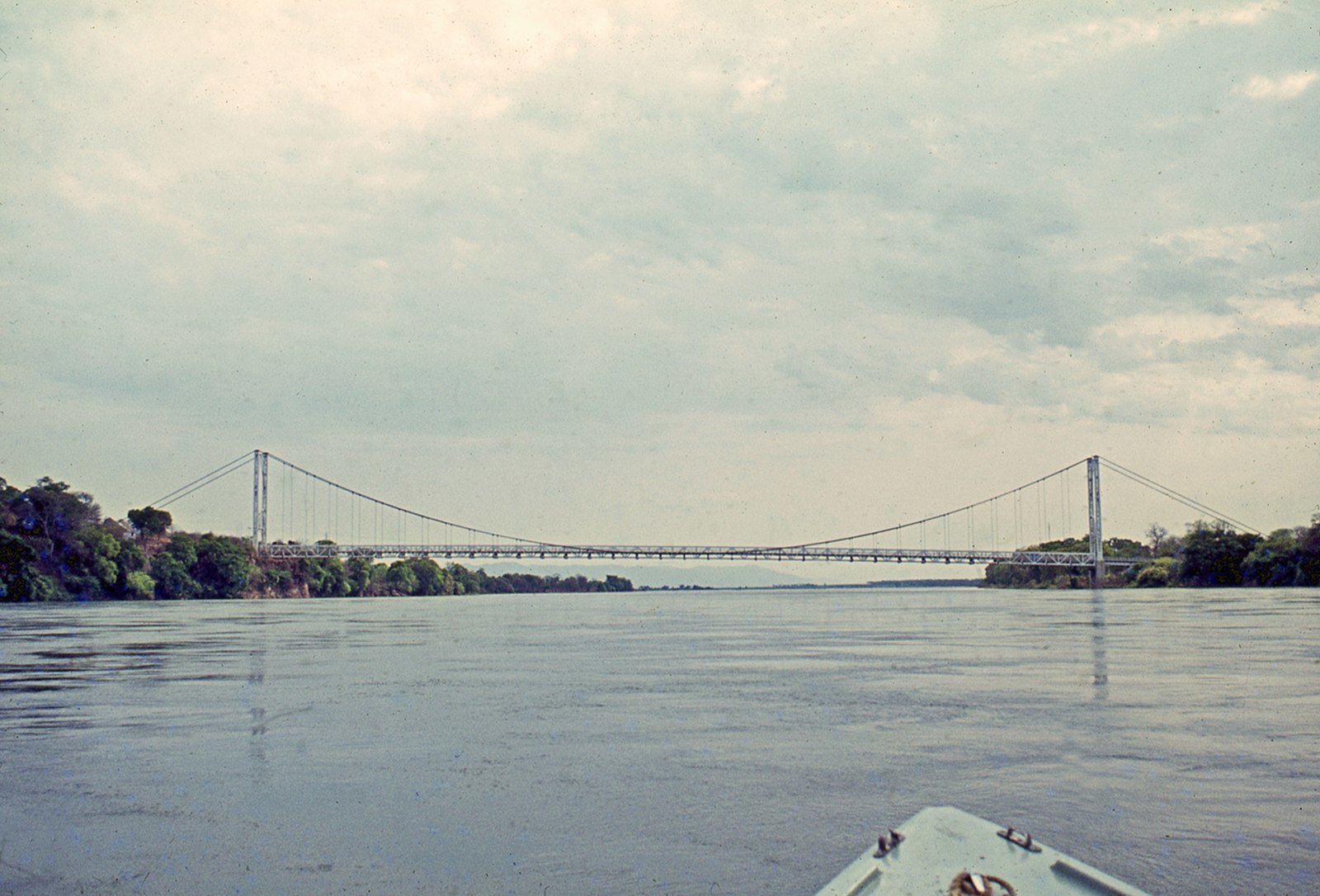 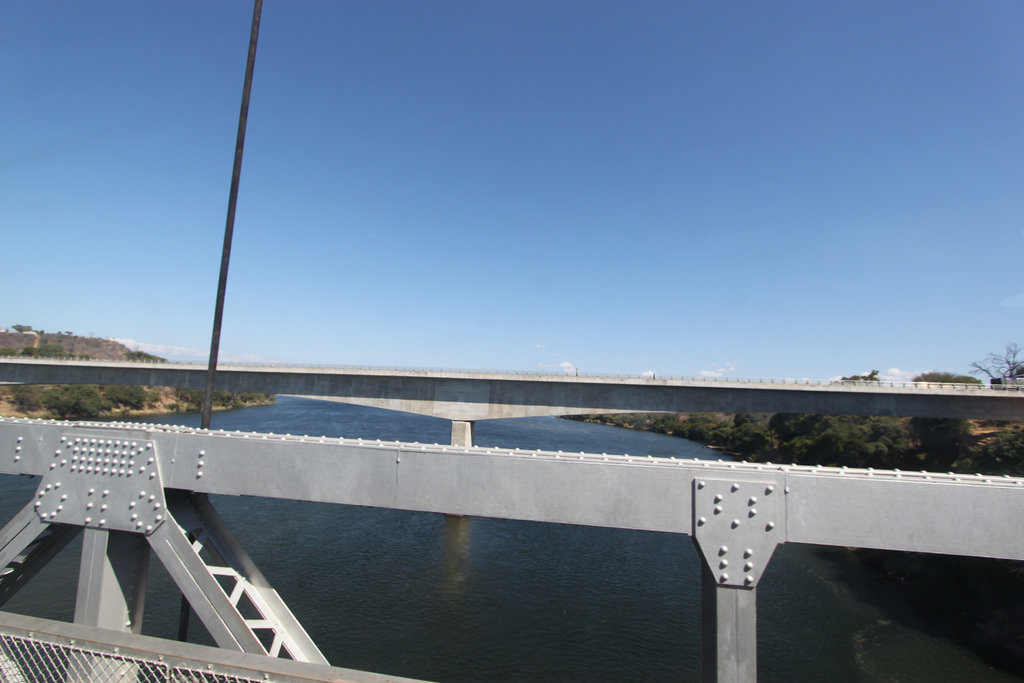 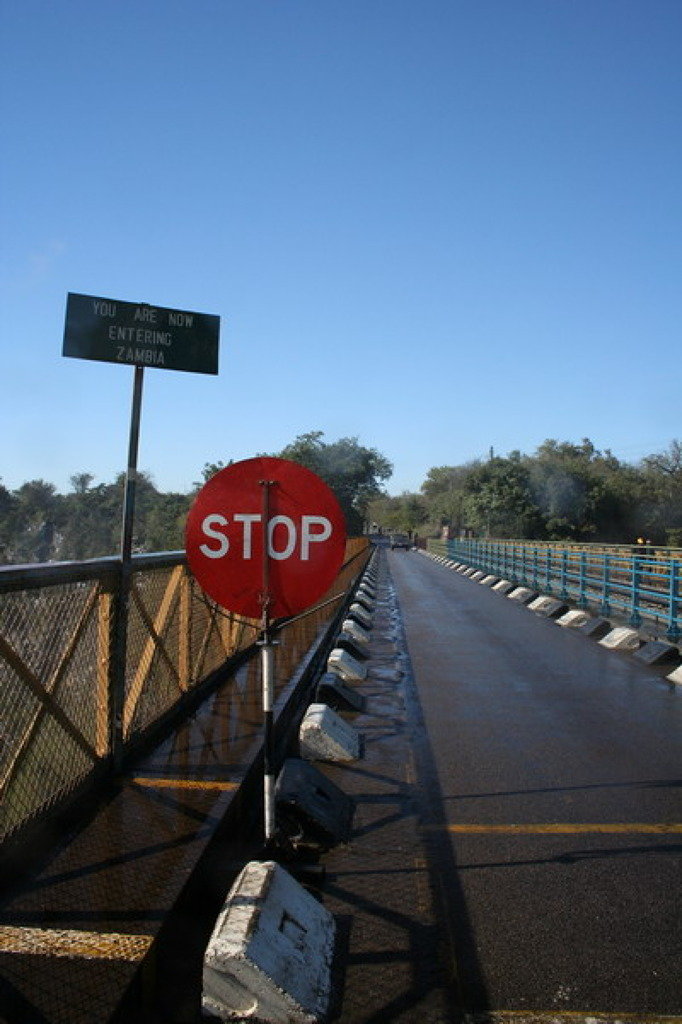