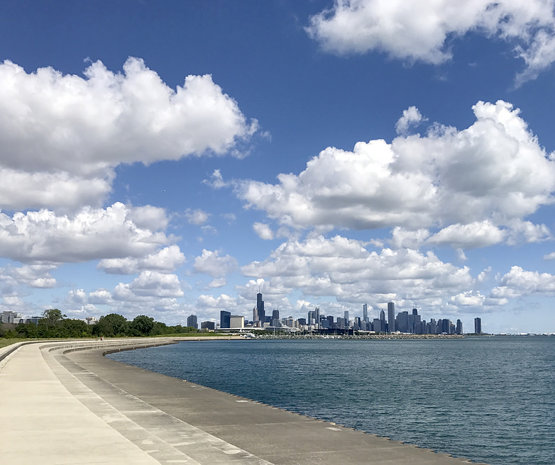 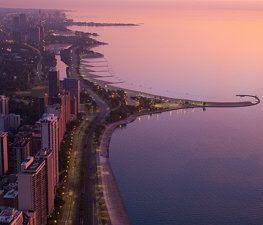 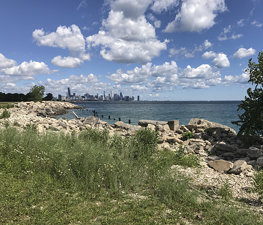 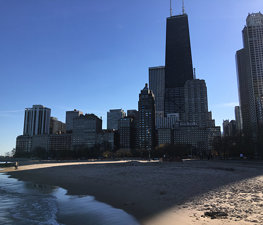 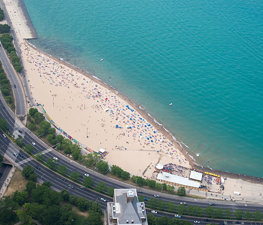 The Chicago Lakefront Trail (abbreviated as LFT) is a 18-mile-long (29 km) shared use path for walking jogging and cycling, located along the western shore of Lake Michigan in Chicago, Illinois . The trail passes through and connects Chicago's four major lakefront parks along with various beaches and recreational amenities. It also serves as a route for bicycle commuters.

The trail is located wholly within the Chicago city limits and spans from 7100 South/2560 East to 5800 North/1000 West. It is a dedicated-use path, although frequent intersections do pose a threat to path users. These intersections are clearly signed both to path users and motorists. From north to south, it runs through Lincoln Park, Grant Park, Burnham Park, and Jackson Park.

Path maintenance is provided by the Chicago Park District. The Lakefront Trail is open 24 hours a day, but the parks and beaches along the path close at 11 PM.

From Wacker Drive to Illinois Street the Lakefront Trail shares the pedestrian sidewalk on lower-level Lake Shore Drive, which is very heavily congested during the warm-weather months. In order to reduce the conflicts between pedestrian and bicyclists, and avoid the very busy intersections at Illinois Street and Grand Avenue, the Chicago Department of Transportation has been designing the Navy Pier Flyover since 2000. This bridge will run alongside the upper level of Lake Shore Drive from north of the Ohio Street Beach to Illinois Street, and then alongside the lower level of Lake Shore Drive as it crosses the Chicago River, with an exit in the middle serving Navy Pier and DuSable Park. Construction began in spring 2014 and will continue until 2018. The entire 60 million dollar project is expected to be completed in 2019.

Zach Solomon-Beloin
This trail is one unique aspect that separates Chicago from other cities. Great to run and enjoy amazing views of the lake and city.

Cameron W
We biked down from Lincoln park to the field museum. The view of the city is sensational from the bike path.

Kacie Dreiling
The most bike friendly city we have been to! The Lakefront Trail was our favorite part of Chicago. If visiting, either bring your own bike to the city, or rent some bikes and explore the Lakefront!

Fodor's Travel
One of the best ways to navigate the city’s scenic lakefront (and many neighborhoods) is on a bicycle along the lakefront trail.

Moustafa Almaliki
Take a walk across the lakefront and bask in the beauty of Lake Michigan. Breathe the fresh air and feel the wind against your face as you head the waves crashing.

Sharath Satish
The best view of the entire skyline is from a trail near the aquarium. Go at sunset to see the city in lights
Load more comments
foursquare.com
8.9/10
KovuTheHusky, Stan E and 45,643 more people have been here
I've been here
Add to wishlist

The Chicago Spire is a partially constructed supertall skyscraper in

The Шаблон:Nihongo is a pedestrian path that follows a cherr

The Serpents Trail in Colorado National Monument, also known as the 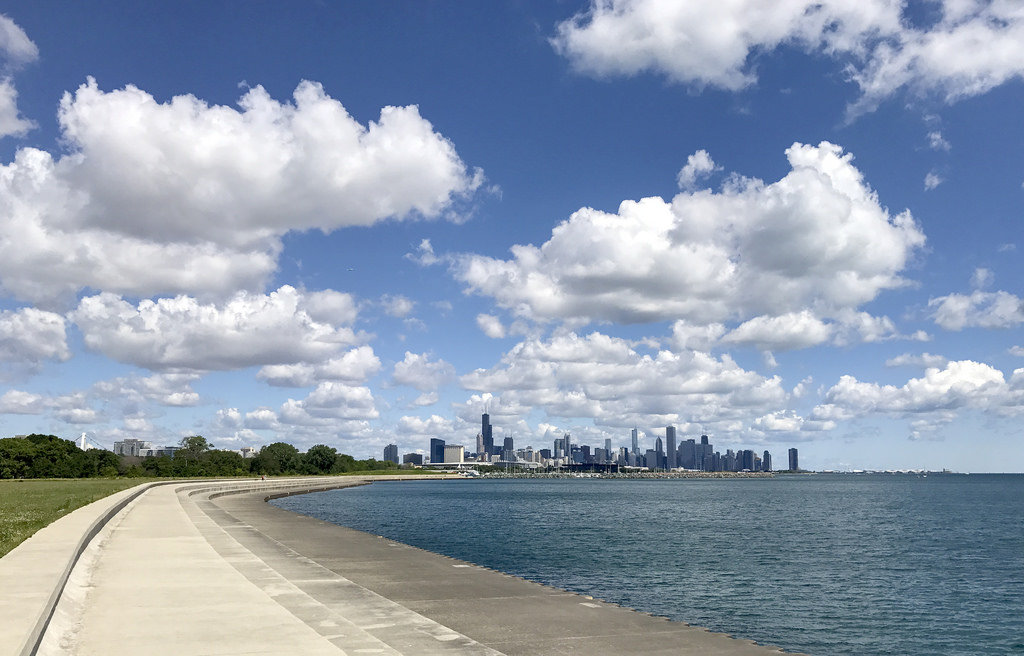 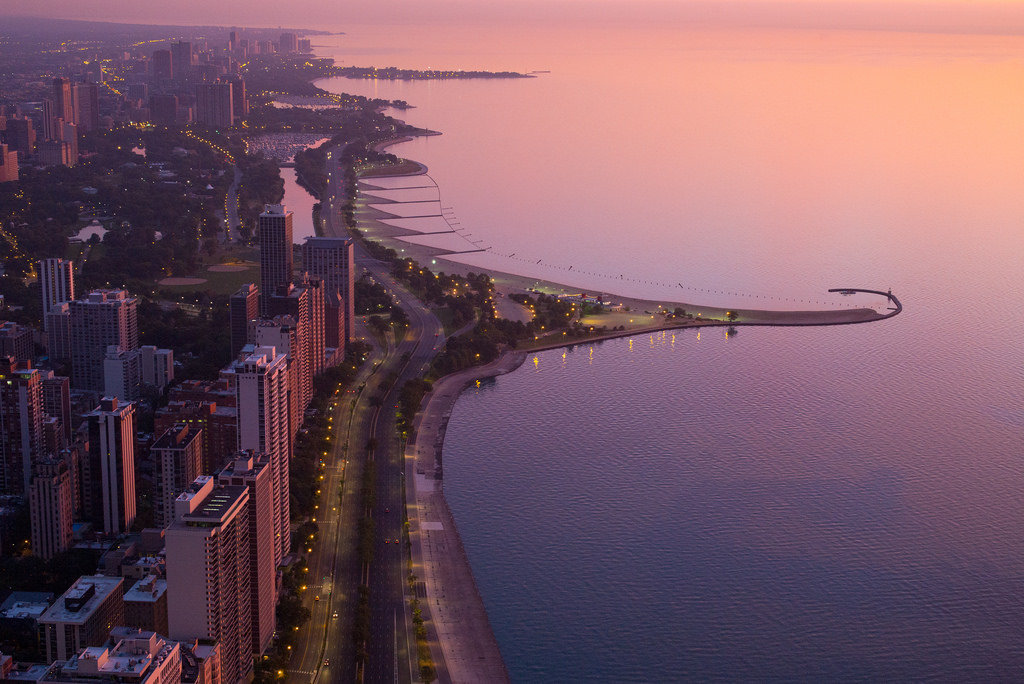 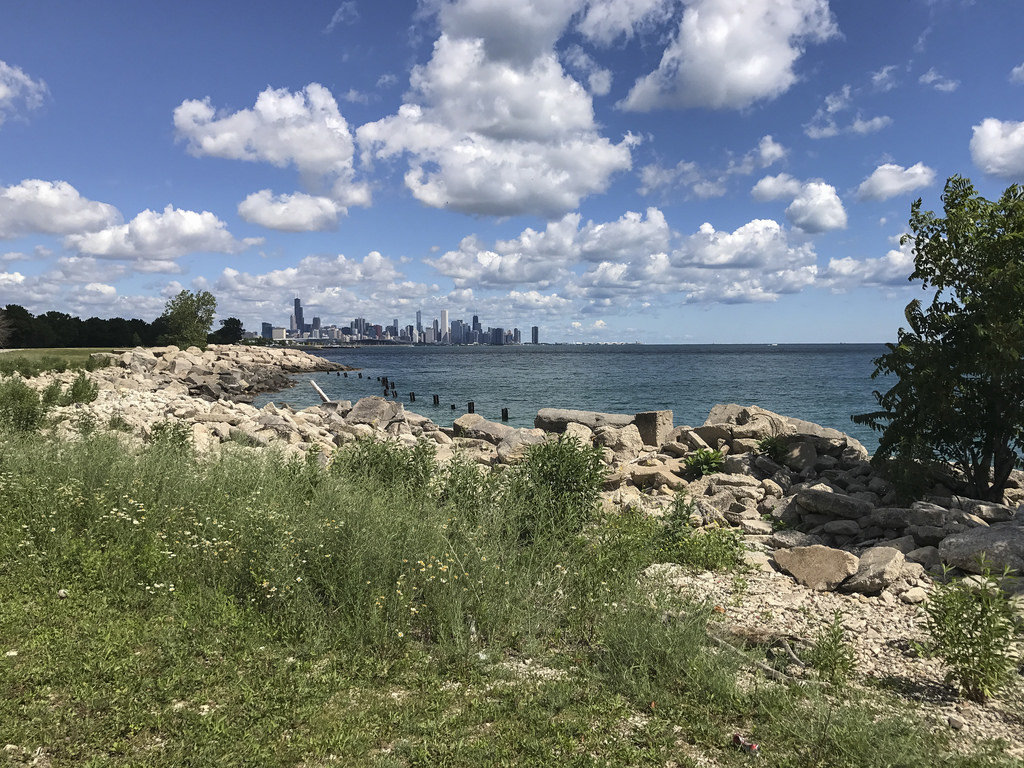 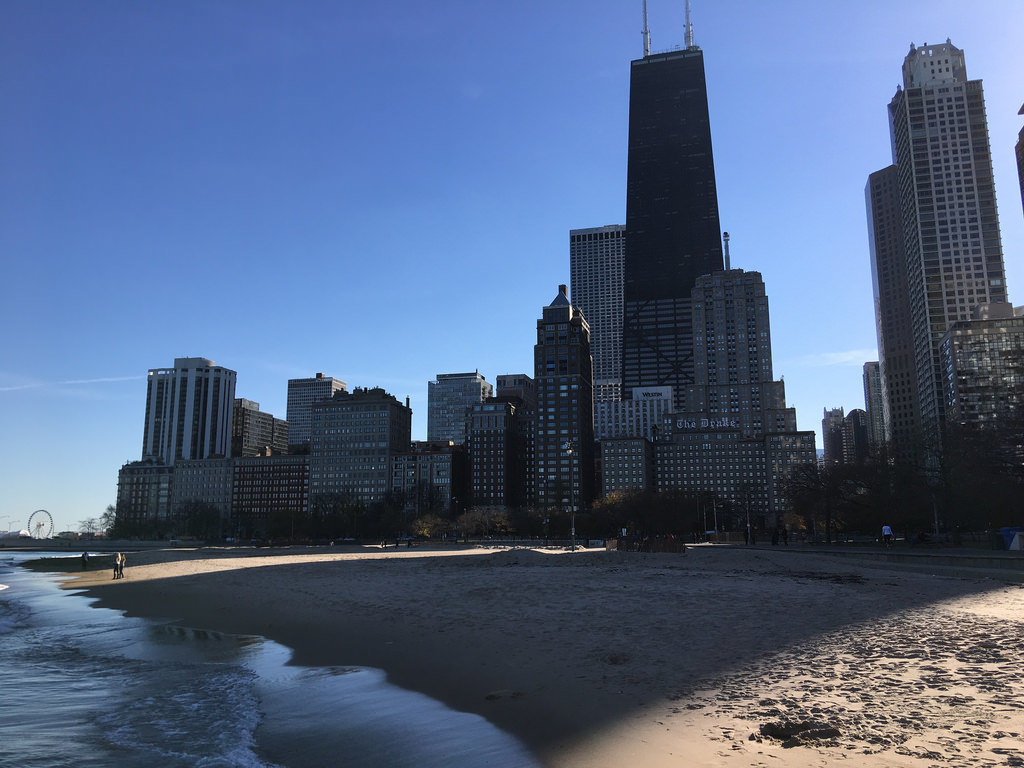 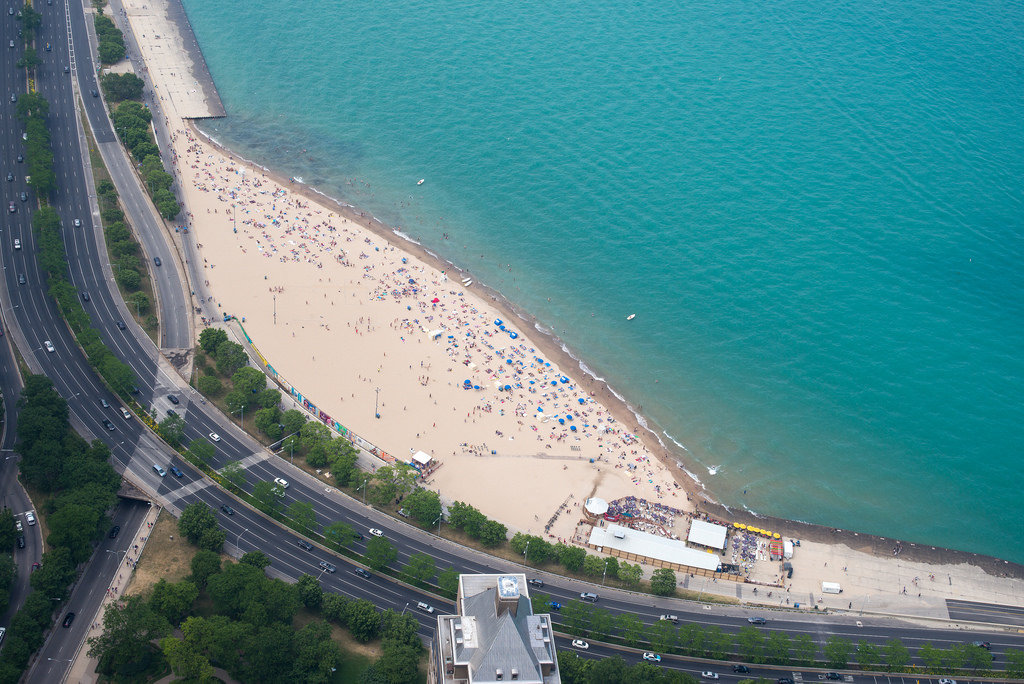 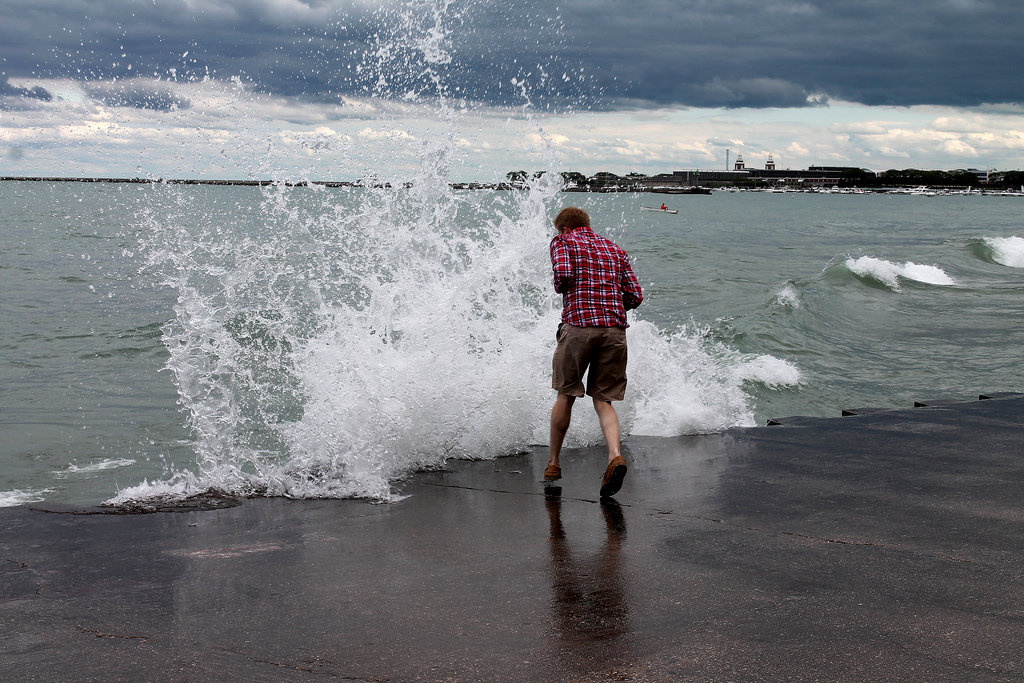 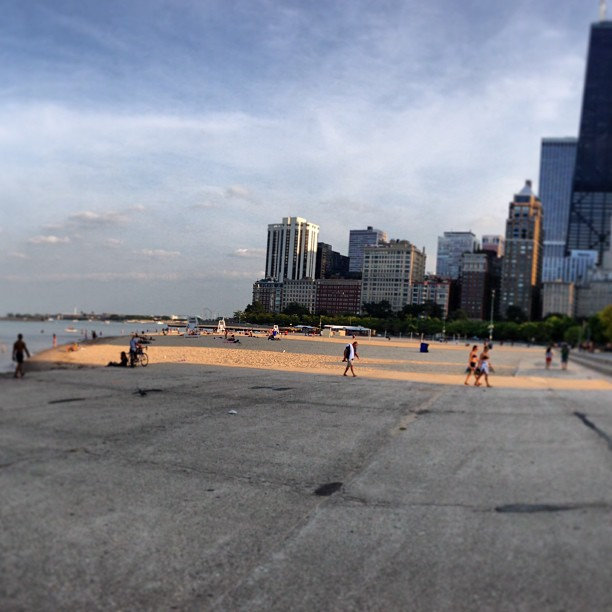 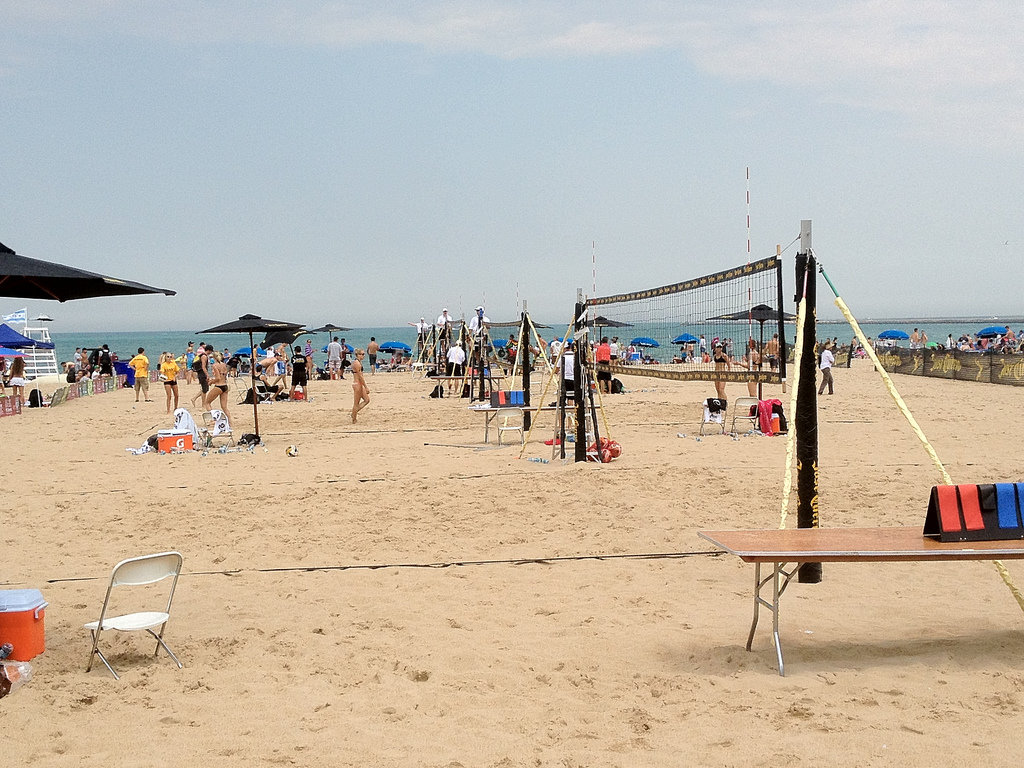 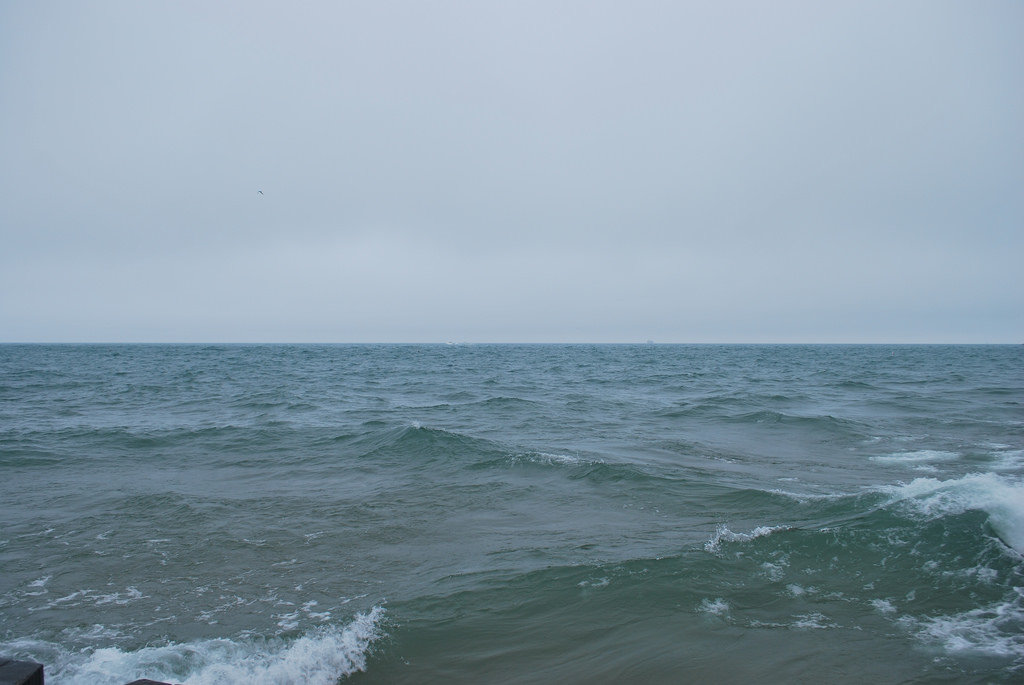 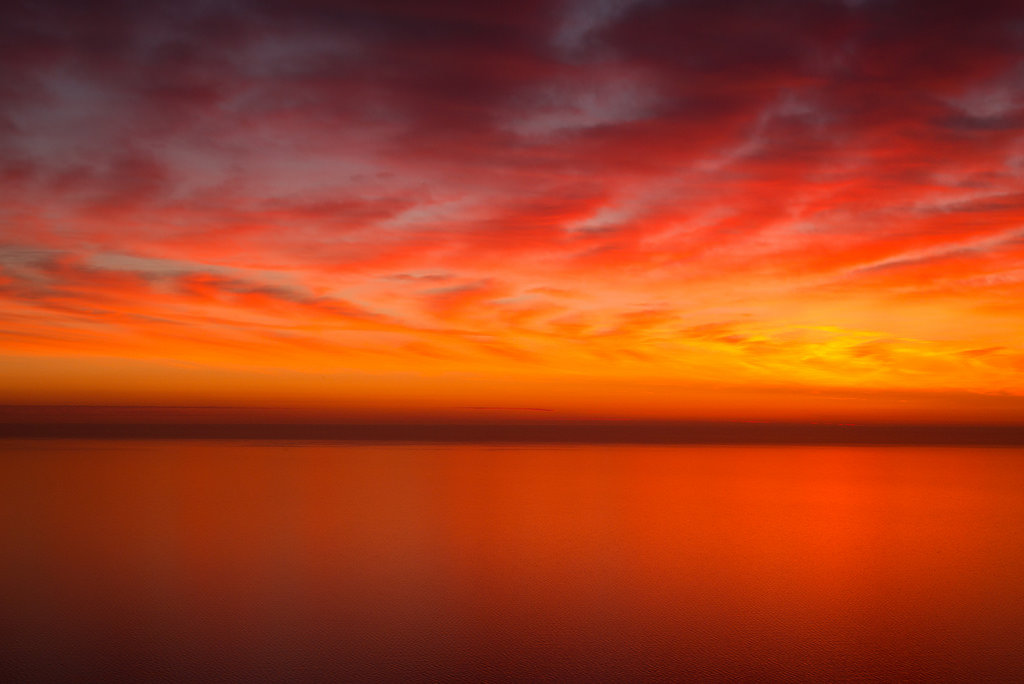 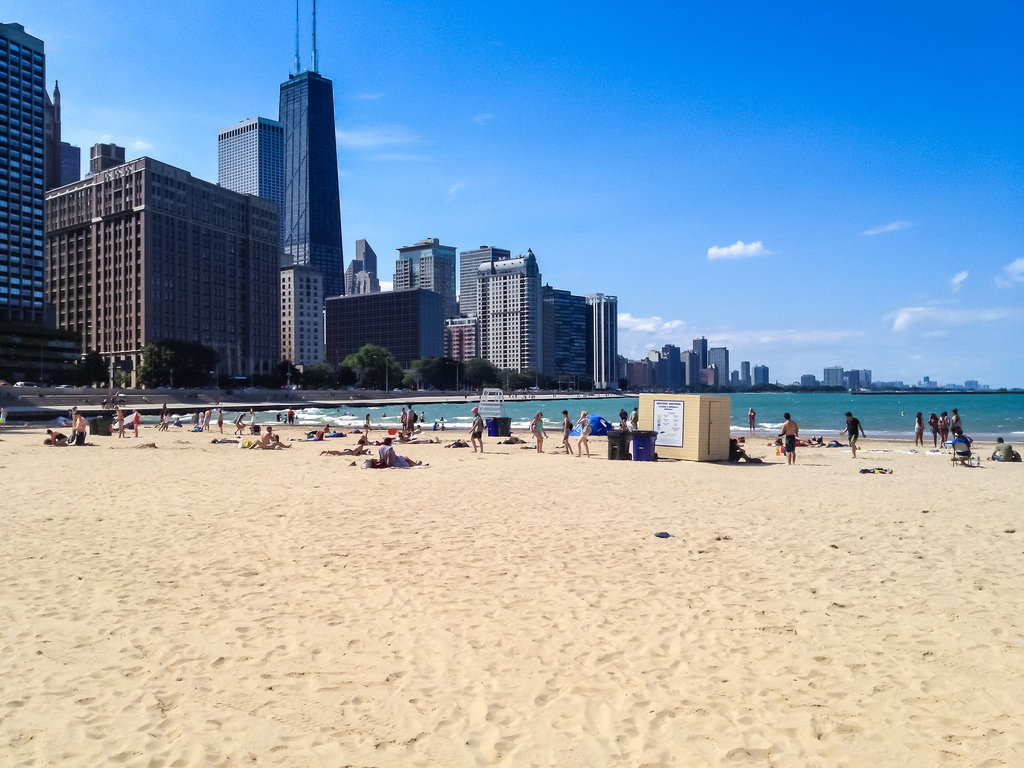 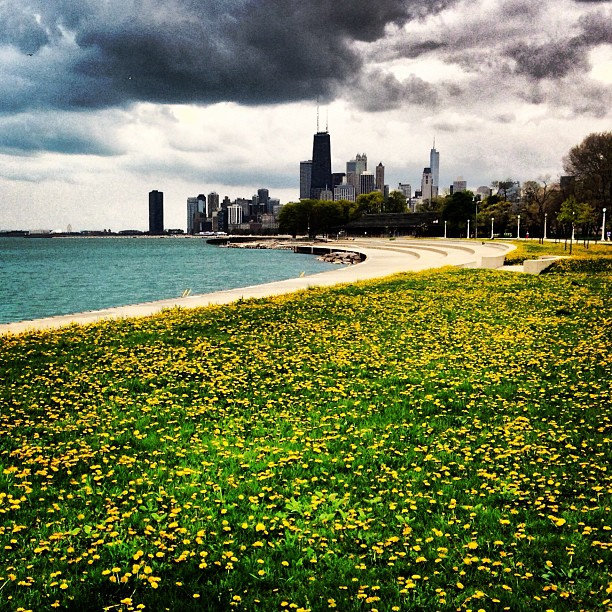 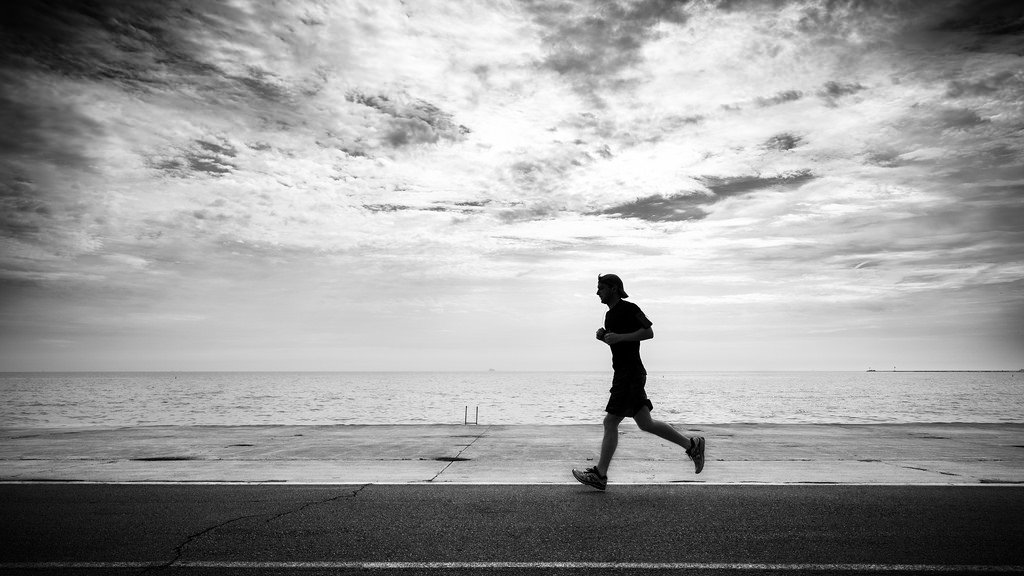 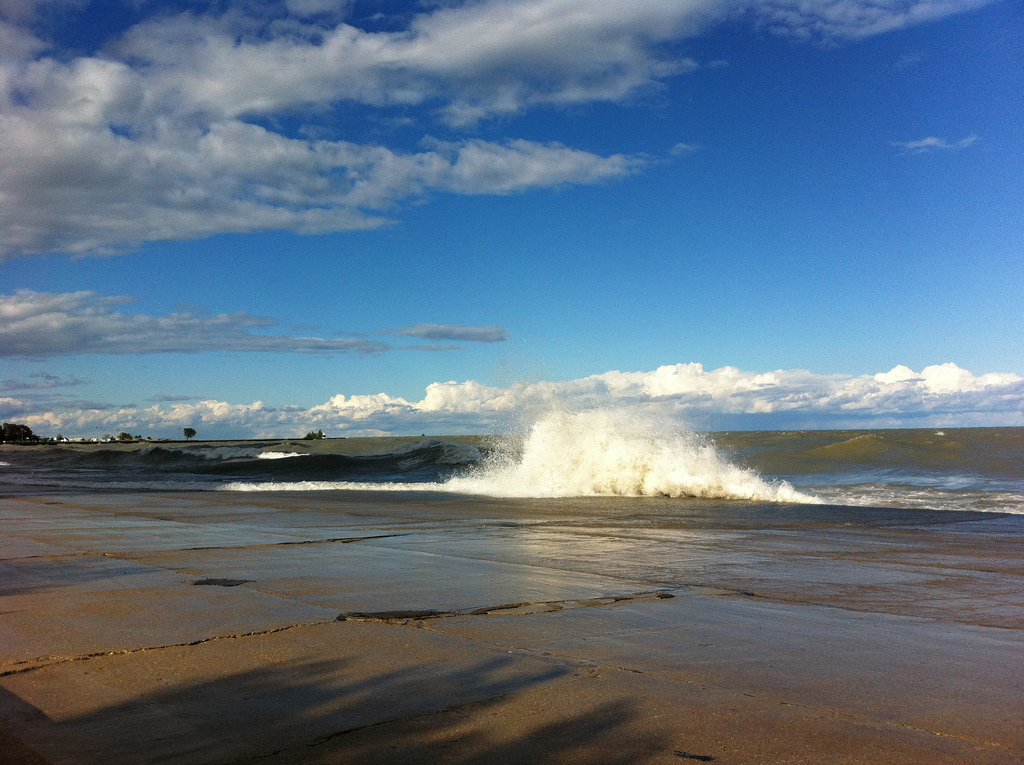 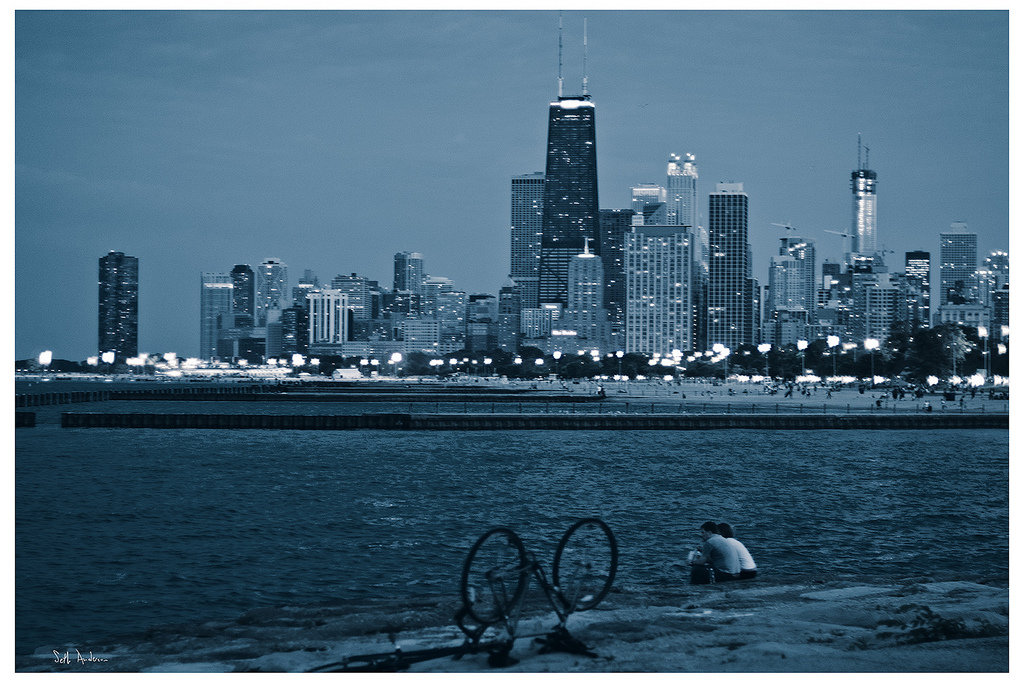 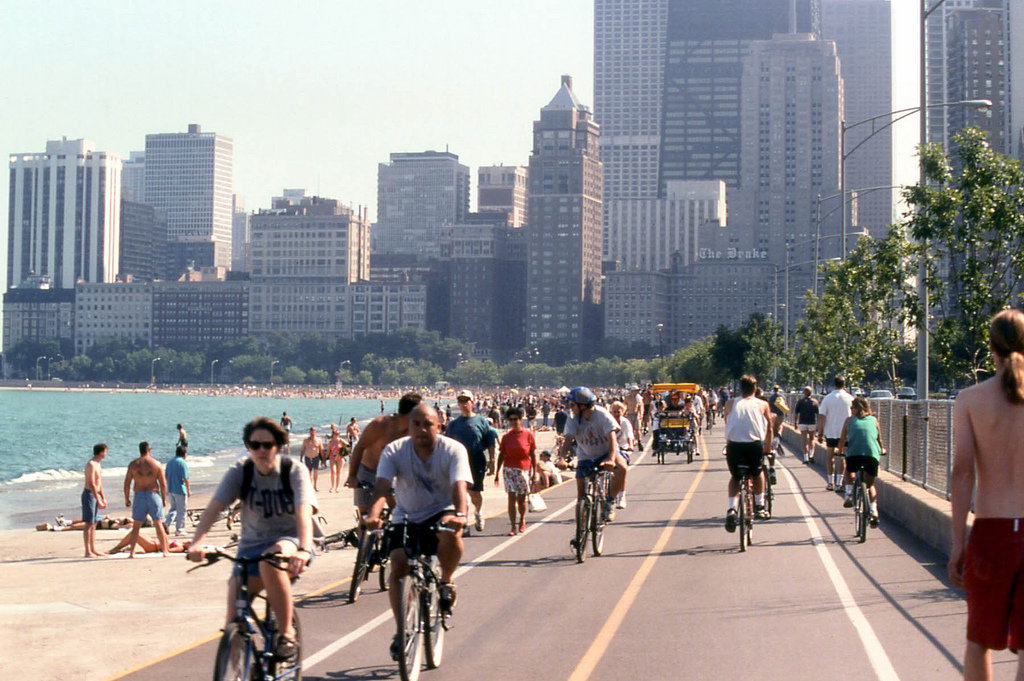 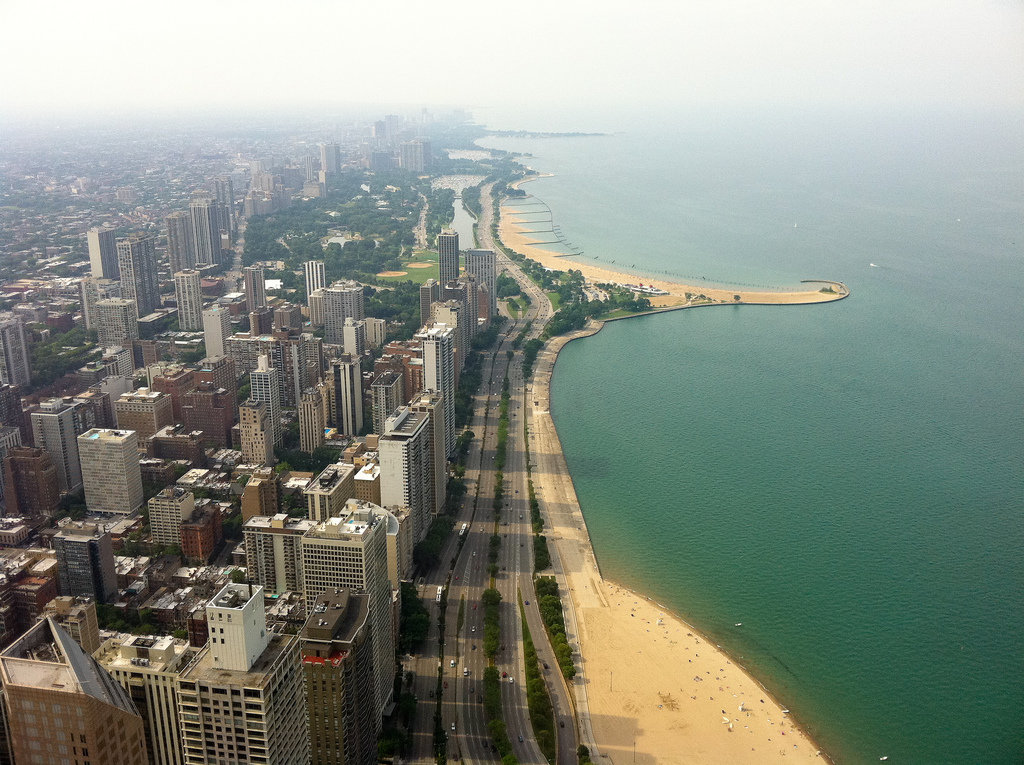 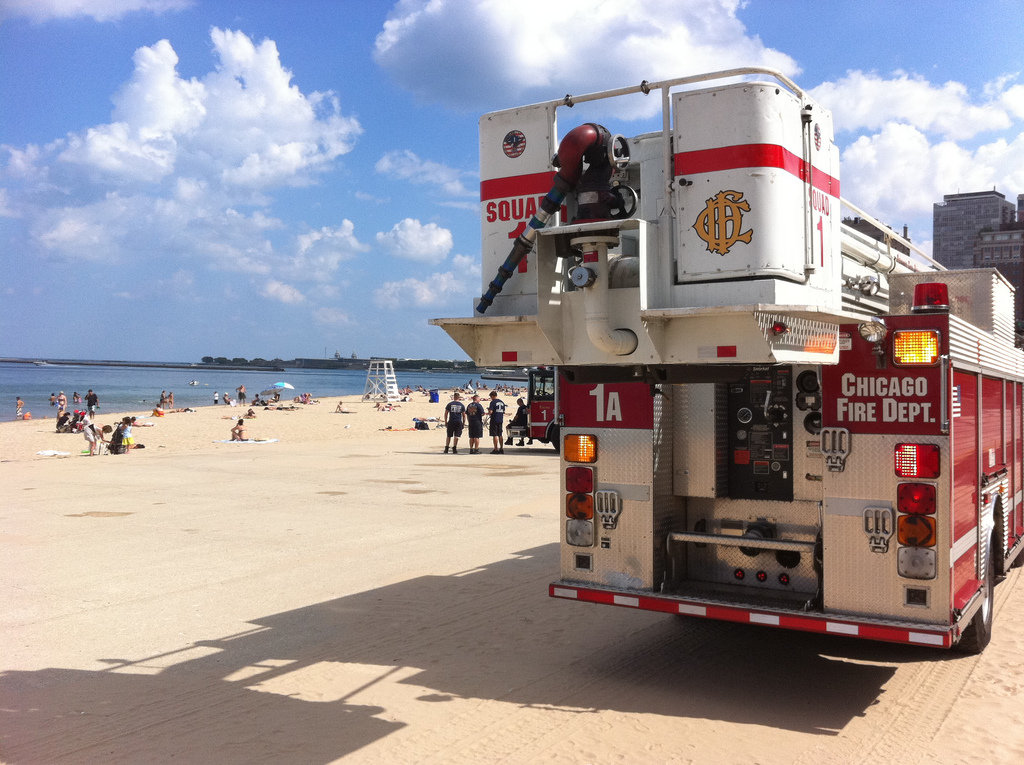