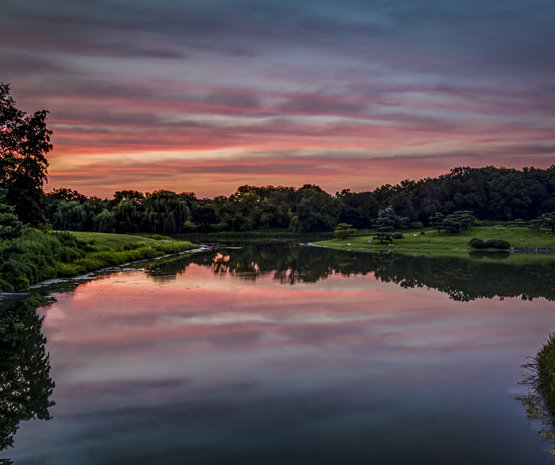 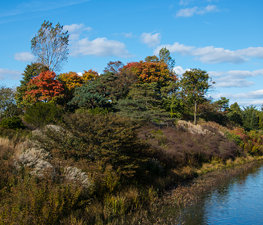 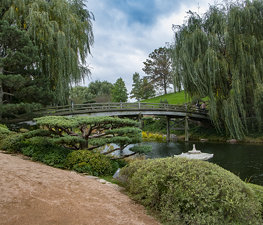 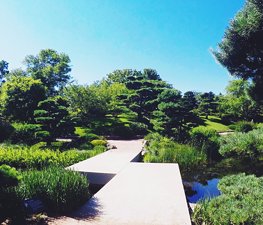 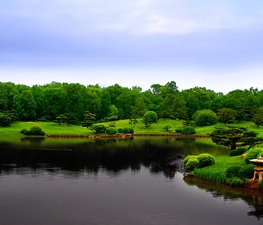 The Chicago Botanic Garden is a 385-acre (156 ha) living plant museum situated on nine islands in the Cook County Forest Preserves. It features 27 display gardens in four natural habitats: McDonald Woods, Dixon Prairie, Skokie River Corridor, and Lakes and Shores. The address for the garden is 1000 Lake Cook Road, Glencoe, Illinois. The garden is open every day of the year. Admission is free, but parking is $30 per car (free for garden members).

The Chicago Botanic Garden is accredited by the American Alliance of Museums and is a member of the American Public Gardens Association (APGA).

The Chicago Botanic Garden has 50,000 members, the largest membership of any U.S. public garden, and is Chicago's 7th largest cultural institution and 12th-ranking tourist attraction.

The 25 display gardens and four natural habitats include:

The architectural design for the Chicago Botanic Garden began with the creation of the master plan by John O. Simonds and Geoffrey Rausch. Several famous buildings have been designed by well-known architects since 1976.

The Chicago Botanic Garden opened the Daniel F. and Ada L. Rice Plant Conservation Science Center, located at the south end of the garden, to the public on September 23, 2009. In September 2010, the Plant Science Center earned a GOLD LEED (Leadership in Energy and Environmental Design) rating from the U.S. Green Building Council because of its sustainable design.

The Chicago Botanic Garden conserves rare plant species, and is working with regional, national and international organizations on behalf of plant conservation. The garden is a partner in the Seeds of Success project, a branch of the Millennium Seed Bank Partnership managed by the Royal Botanic Gardens, Kew. The goal is to collect 10,000 seeds from each of 1,500 native species of the Midwest for conservation and restoration efforts. The garden is also a partner in the Plants of Concern initiative to monitor rare species in Northeastern Illinois.

The garden is a member of Chicago Wilderness, a consortium of 200 local institutions dedicated to preserving and restoring Chicago's natural areas, as well as the Center for Plant Conservation, a group of 30 other botanic gardens and arboreta committed to conserving rare plants from their regions.

Degree programs offered at the School of the Chicago Botanic Garden:

Certificate programs offered at the School of the Chicago Botanic Garden:

Other educational programs available at the garden include the Green Youth Farm, the Windy City Harvest, and the Cook County Sheriff's Vocational Rehabilitation Impact Center.

In 2008, the Chicago Botanic Garden was chosen by the United Nations Environment Programme (UNEP) as the sole North American host for World Environment Day with the theme "CO2—Kick the Habit!: Towards a Low Carbon Economy".

Over 30 nonprofit, academic, cultural, and environmental organizations participated in the "Knowledge and Action Marketplace" on the garden's Esplanade. Displays and representatives discussed products to help green homes, local carpools, volunteer and community conservation programs, classes on green gardening, the use of CFL light bulbs, vehicles that run on used vegetable oil, and appliances that pop popcorn using solar energy.

Organizations participating in the event included:

On June 5 of each year, the garden and other venues around the world highlight resources and initiatives that promote low carbon economies and lifestyles, such as improved energy efficiency, alternative energy sources, forest conservation, and eco-friendly consumption.

In 2010, the Corporate Roundtable on Sustainability was established to encourage companies to act sustainably.

Project BudBurst is a nationwide initiative to help scientists understand the effects of climate change on plants by recording the timing of leafing, flowering, and fruiting (also known as phenological events), of a variety of plant species. The project started as a three-month pilot program in 2007. Thousands of observations have been amassed in subsequent years from students, gardeners, and others citizen scientists in all 50 states. When combined with other studies on insects, birds, and other pollinators, Project BudBurst aims to help scientists measure asynchronous plant-pollinator activities in light of climate change.

In 2006, the Chicago Botanic Garden received the 'Award for Garden Excellence', given yearly by the APGA and Horticulture magazine to a public garden that exemplifies the highest standards of horticultural practices and has shown a commitment to supporting and demonstrating best gardening practices.

In 2012, The Chicago Botanic Garden was chosen as one of 10 "Great Place" (Public Space) for providing food locally, excellence in design, education and outreach, and sustainability by the American Planning Association, which selects "Great Places" in the United States annually to highlight good places for people to work and to live, representing a "true sense of place, cultural and historical interest".

Ewa Kowalczyk
Absolutely amazing! Bring a camera because you will be amazed at how much beauty you will want to keep. Perfect place to relax and get some fresh air. We will go again soon!

Sara
Always beautiful. Free wheelchairs at the front desk if you need one. There's a mile-long paved trail/bike path/walking path along the road by the science center.

Mehul Sheth
Lots of rotating and permanent exhibits, including a great model train one. Huge space, can easily spend a whole day walking around and taking in the views. Our regular spot for mother's day.

Liam Unger
Beautiful place!! HUGE!! Make sure to get there early and with plenty food and drinks. Spend the whole day there. Spring is amazing. Lot of the fruit trees start blossoming. They're in cool forms too!

Kristy Podlasek
This place makes you feel like you've escaped into a far away. It's the hidden gen of Illinois. If you've never been definitely go in summer on Tuesday nights when there's a live band. BYOF
Load more comments
foursquare.com
9.4/10
14,144 people have been here
I've been here
Add to wishlist

The historic Grosse Point Light is located in Evanston, Illinois.

The Leaning Tower of Niles, Illinois was completed in 1934 by

The Admiral Theatre in Chicago, Illinois opened in 1927 as a

Positioned near the shore of Lake Michigan, the Lincoln Park 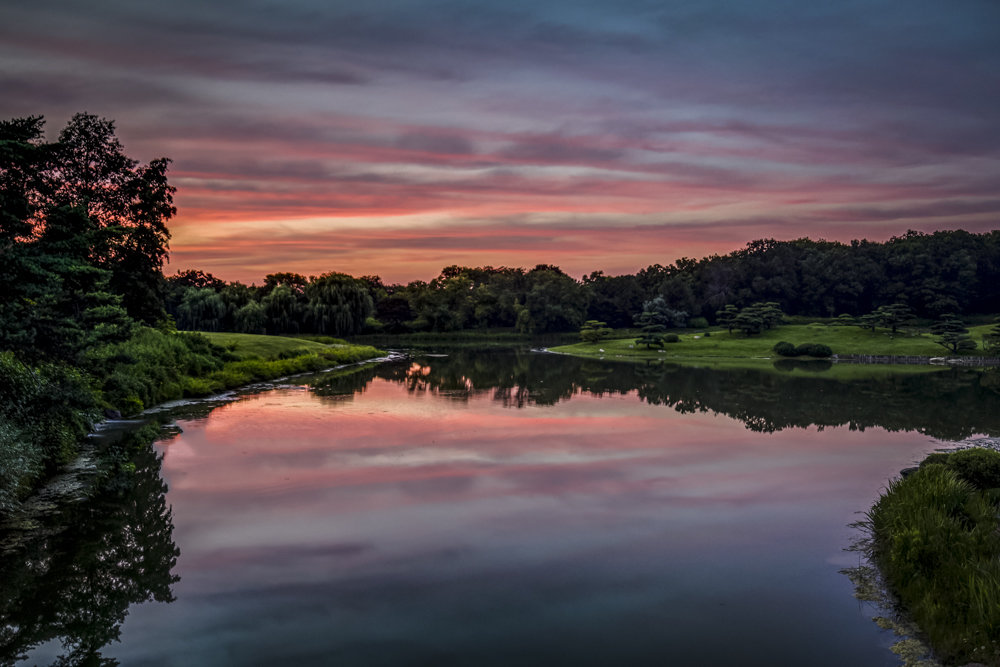 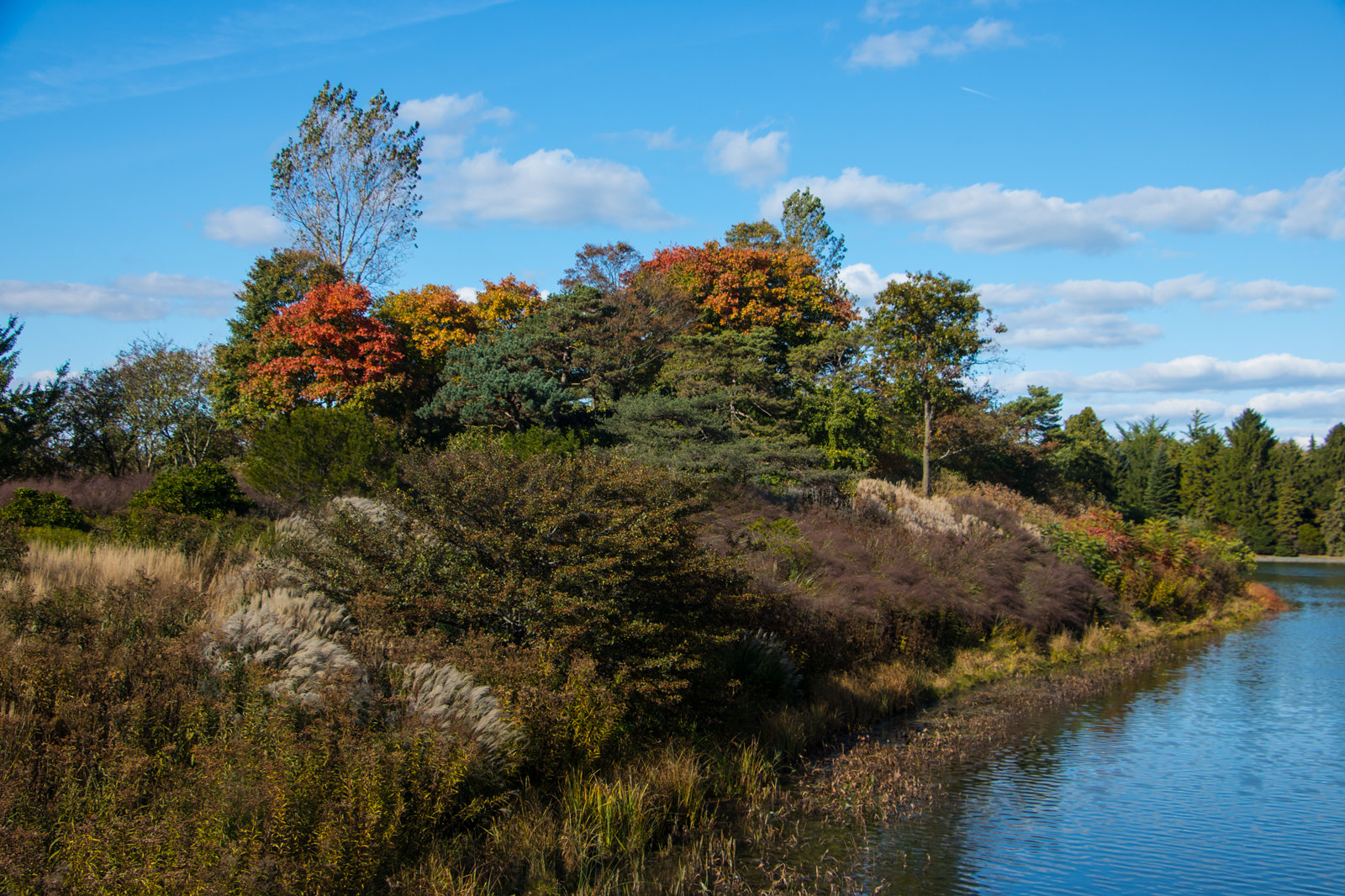 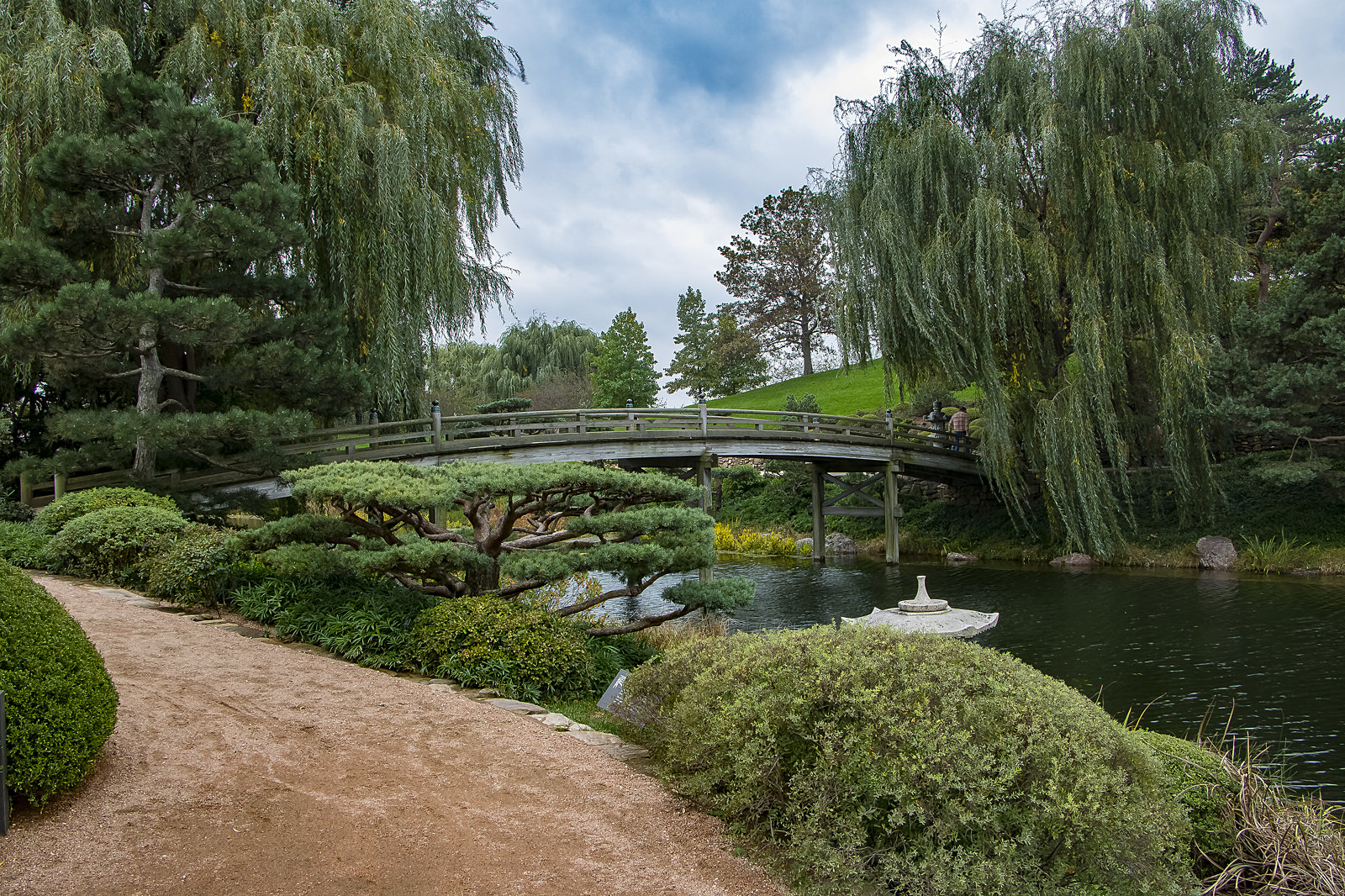 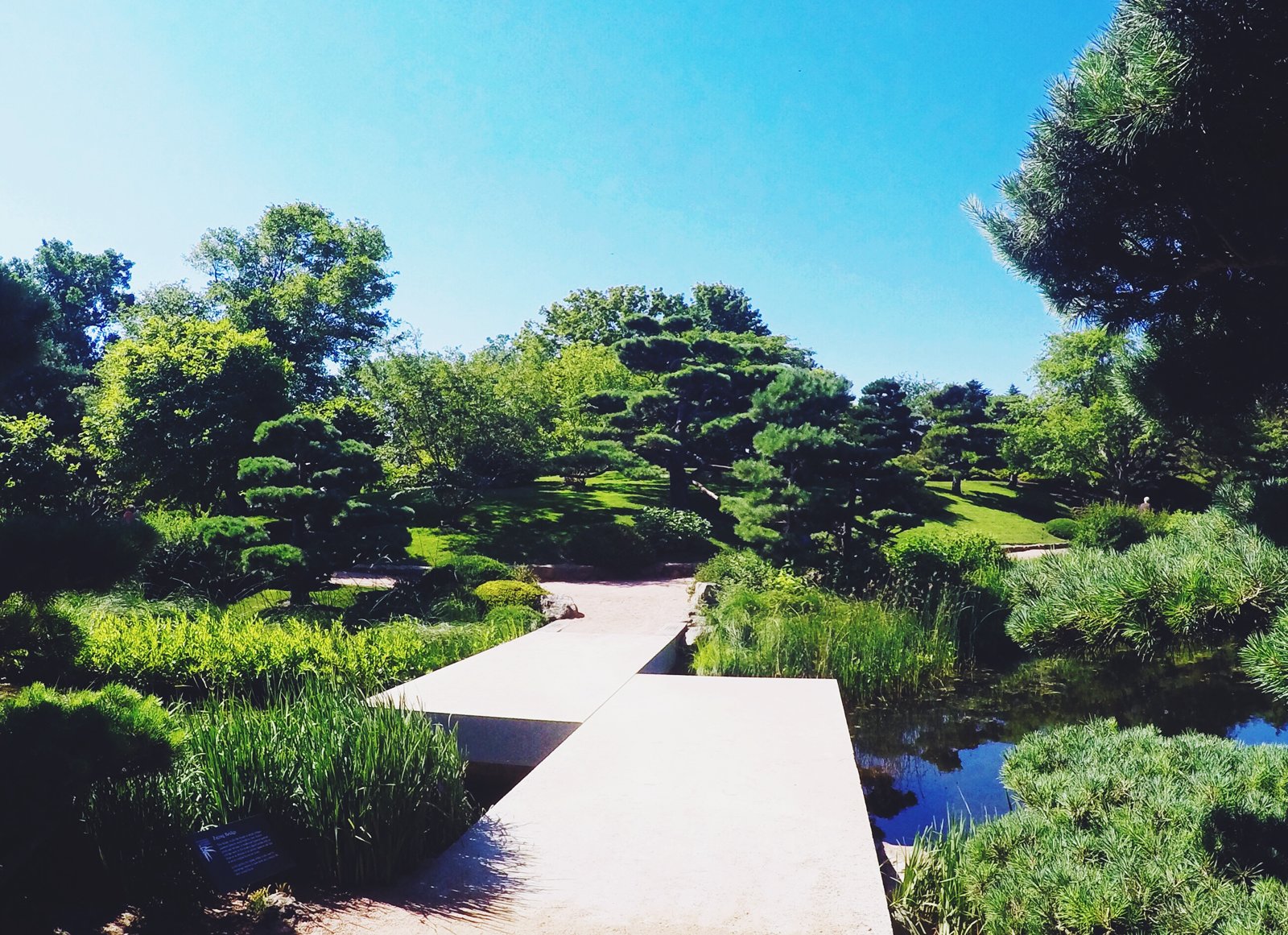 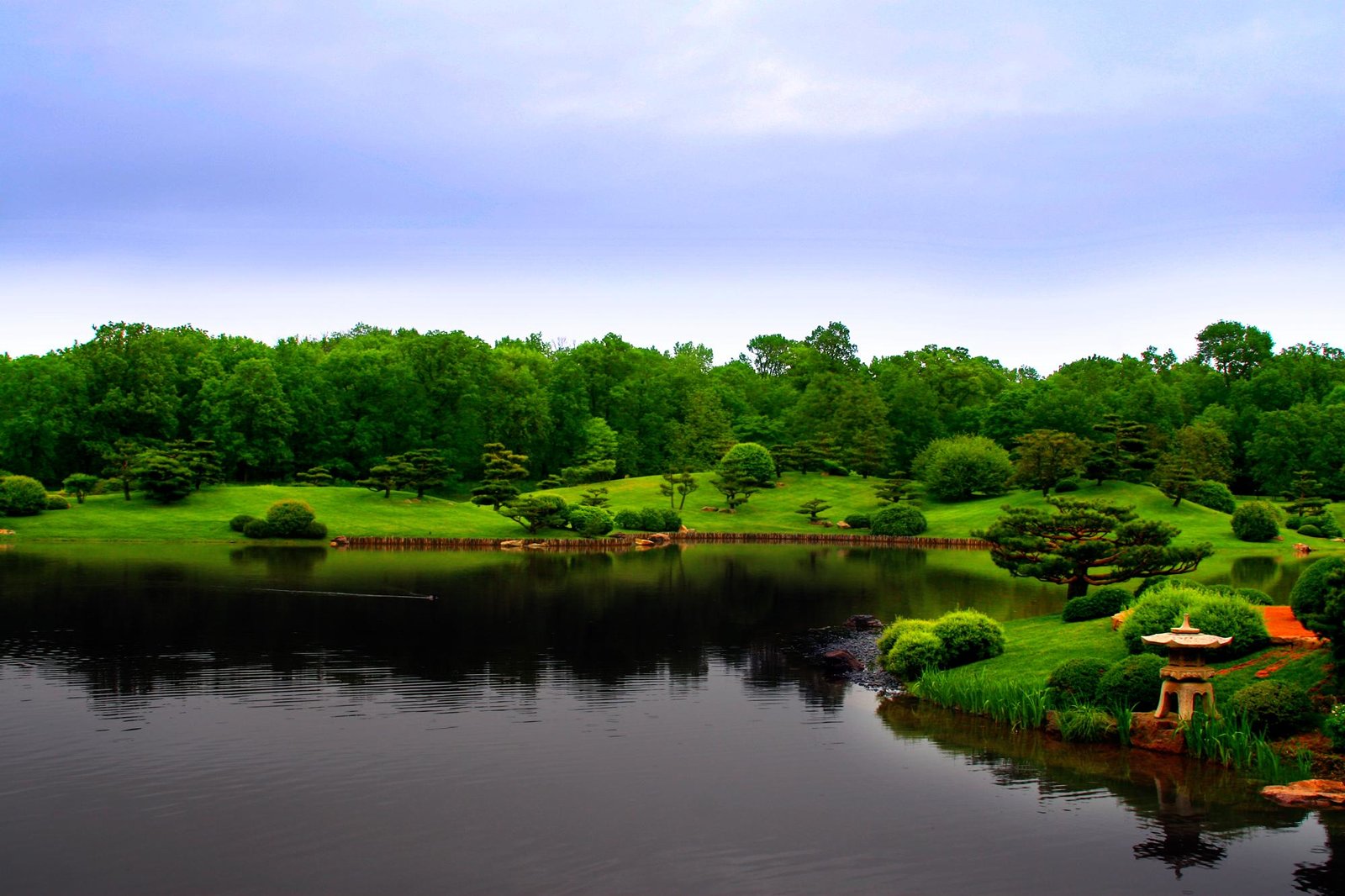 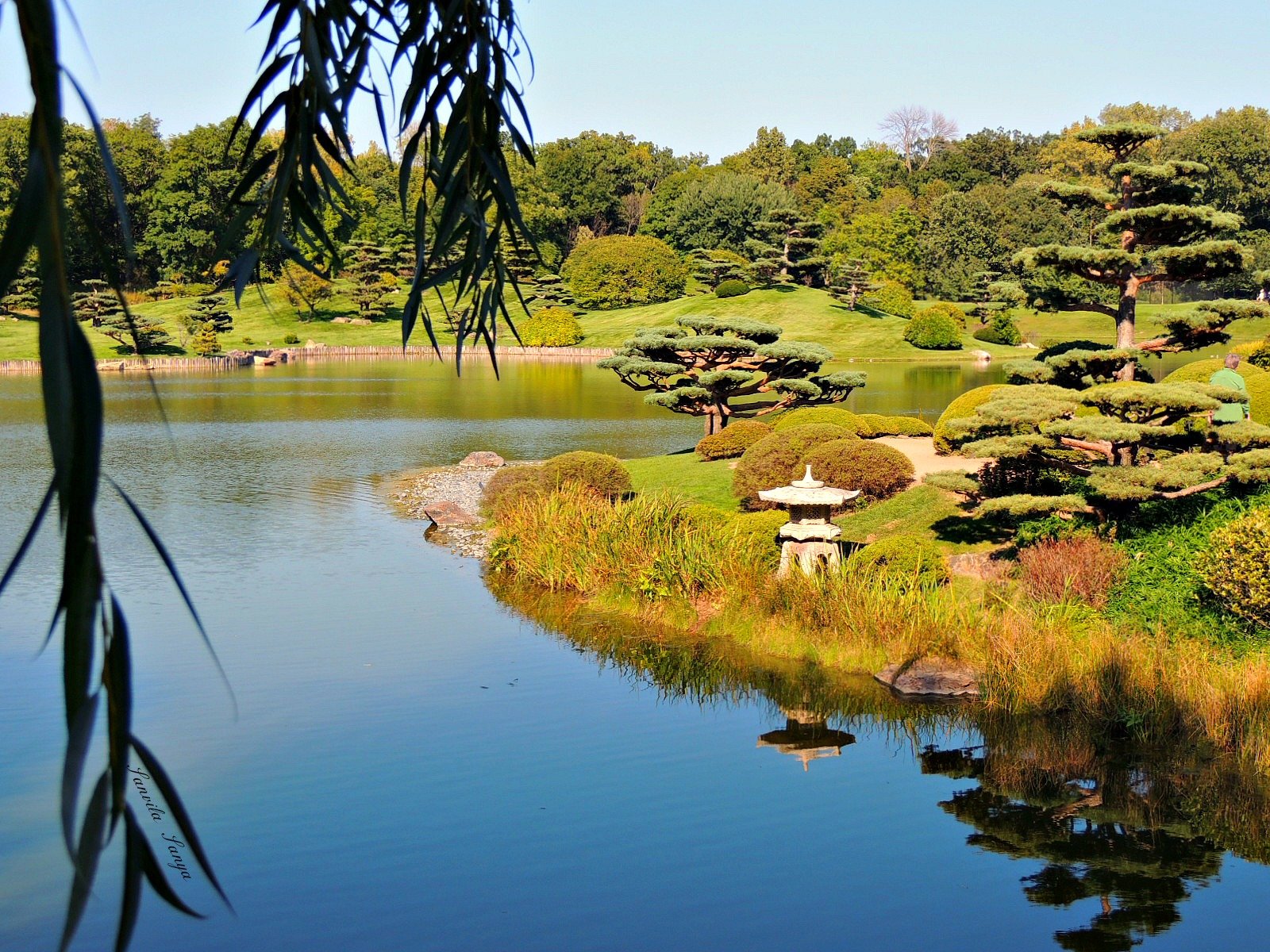 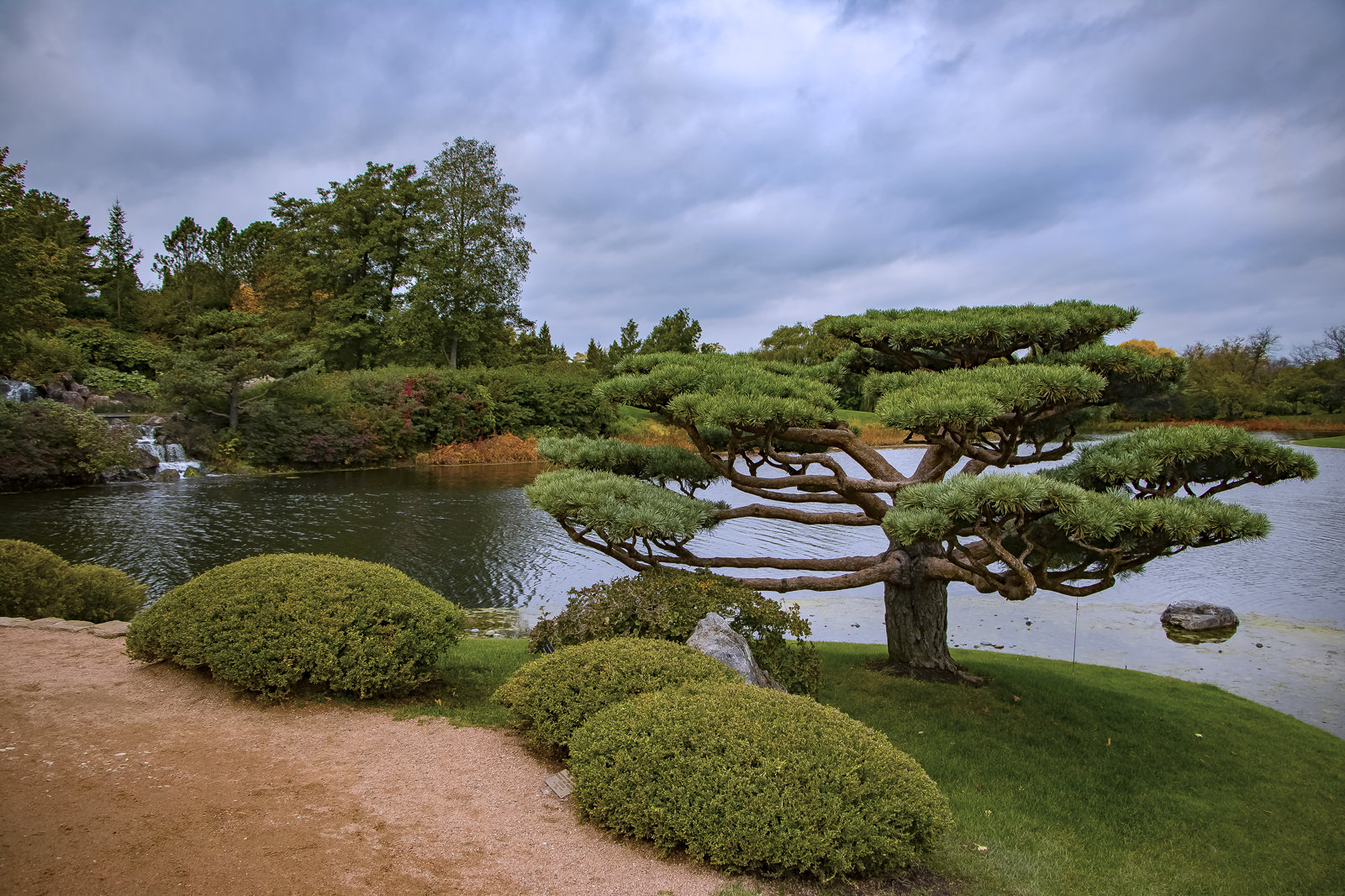 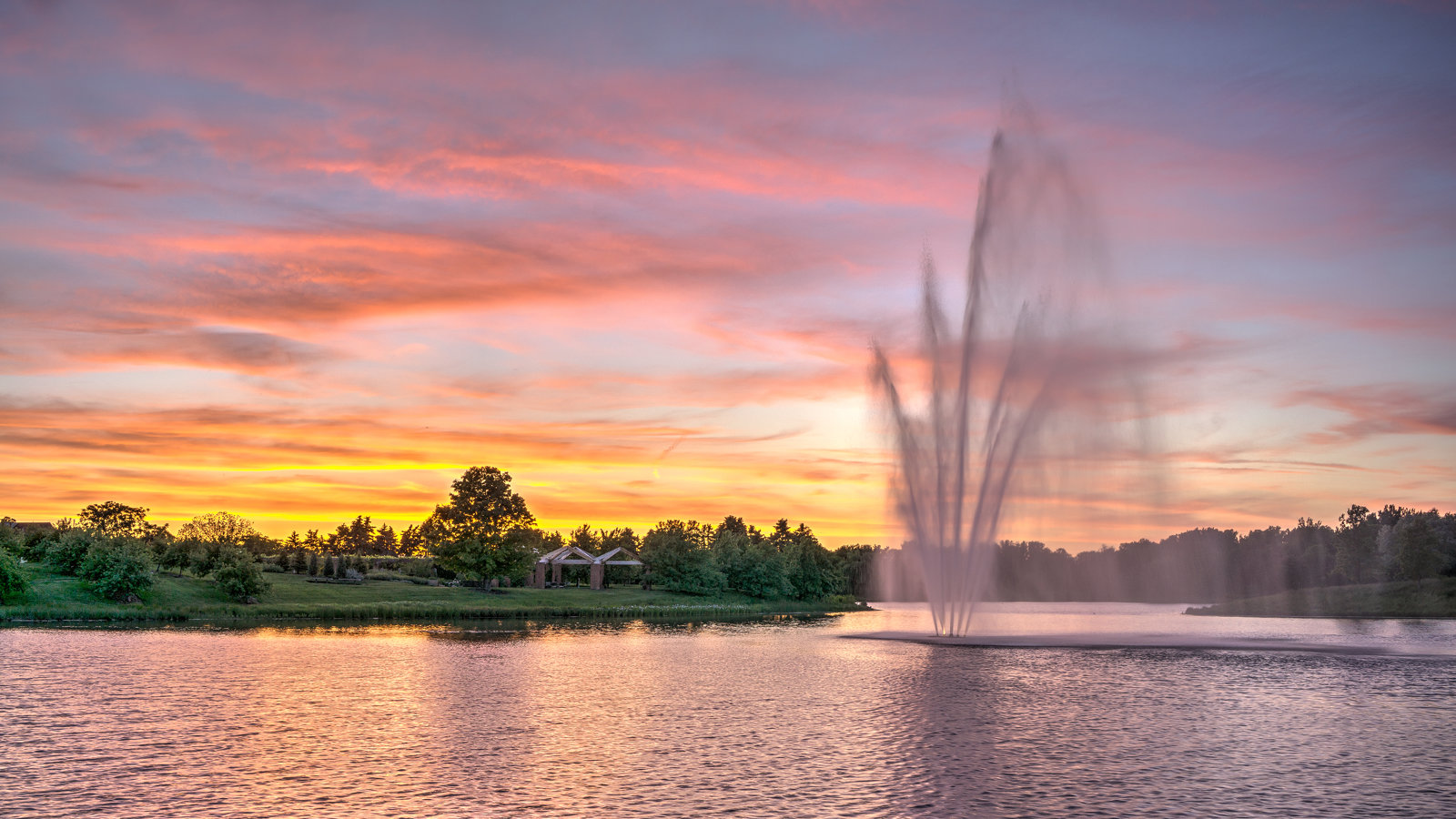 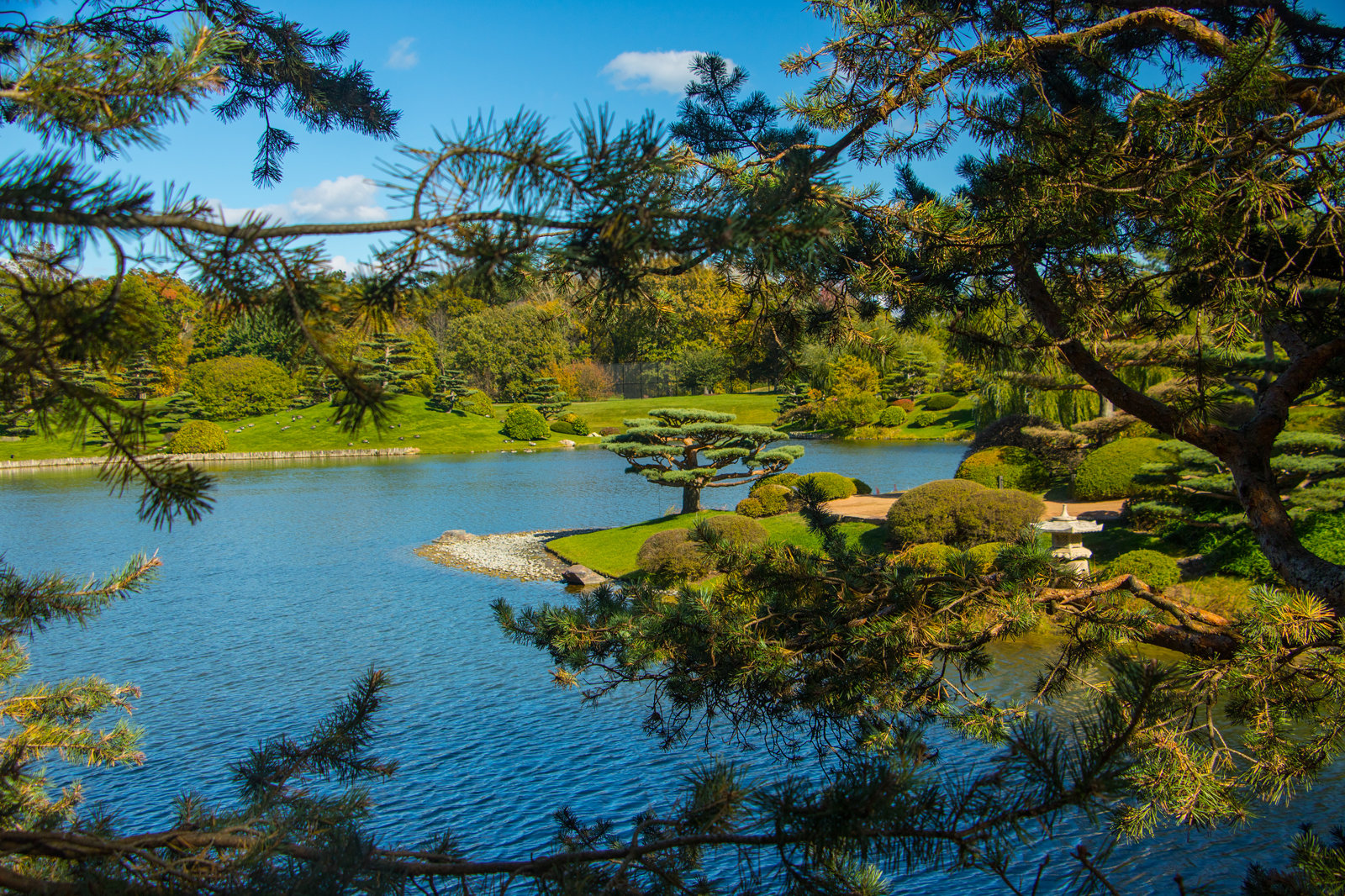 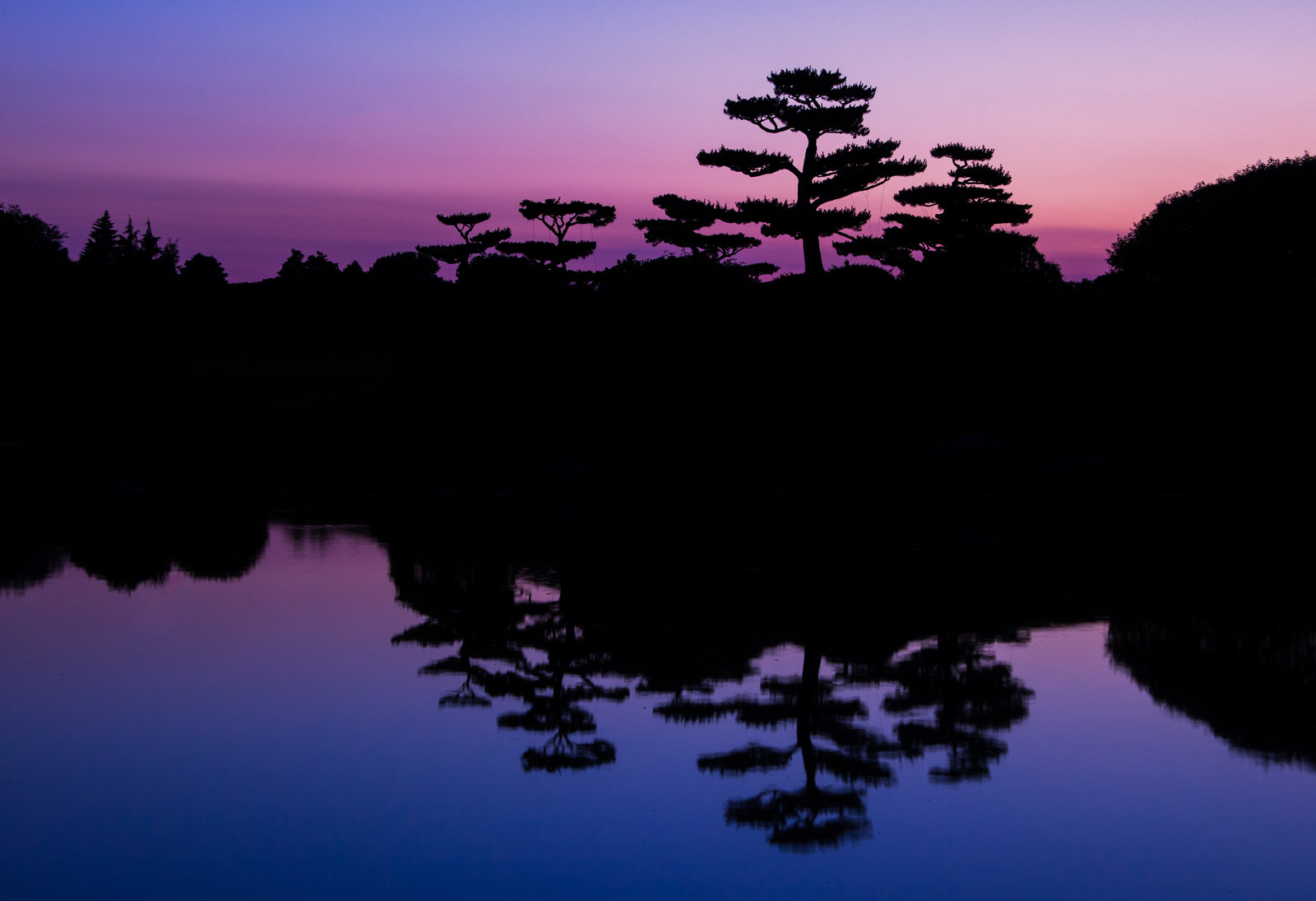 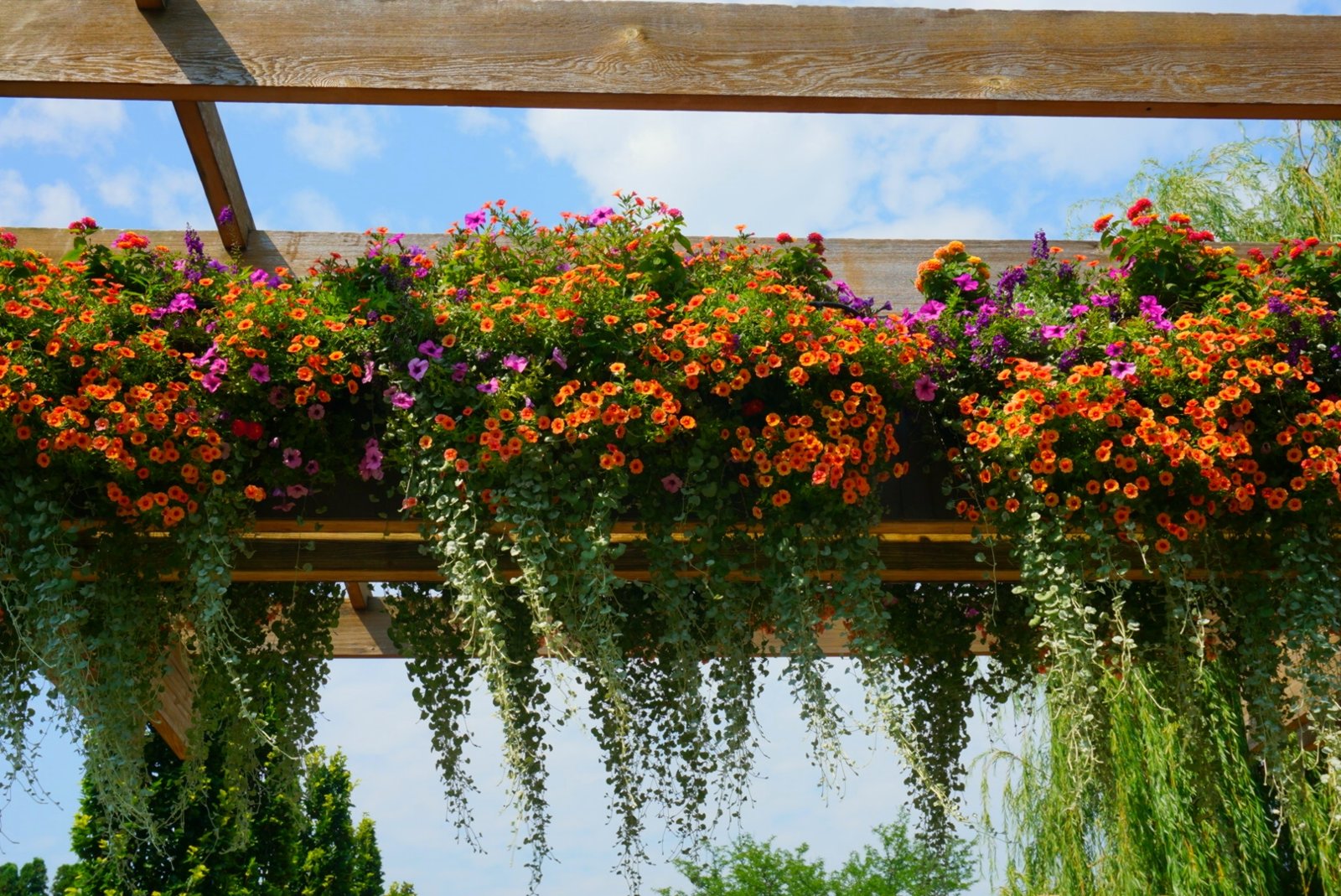 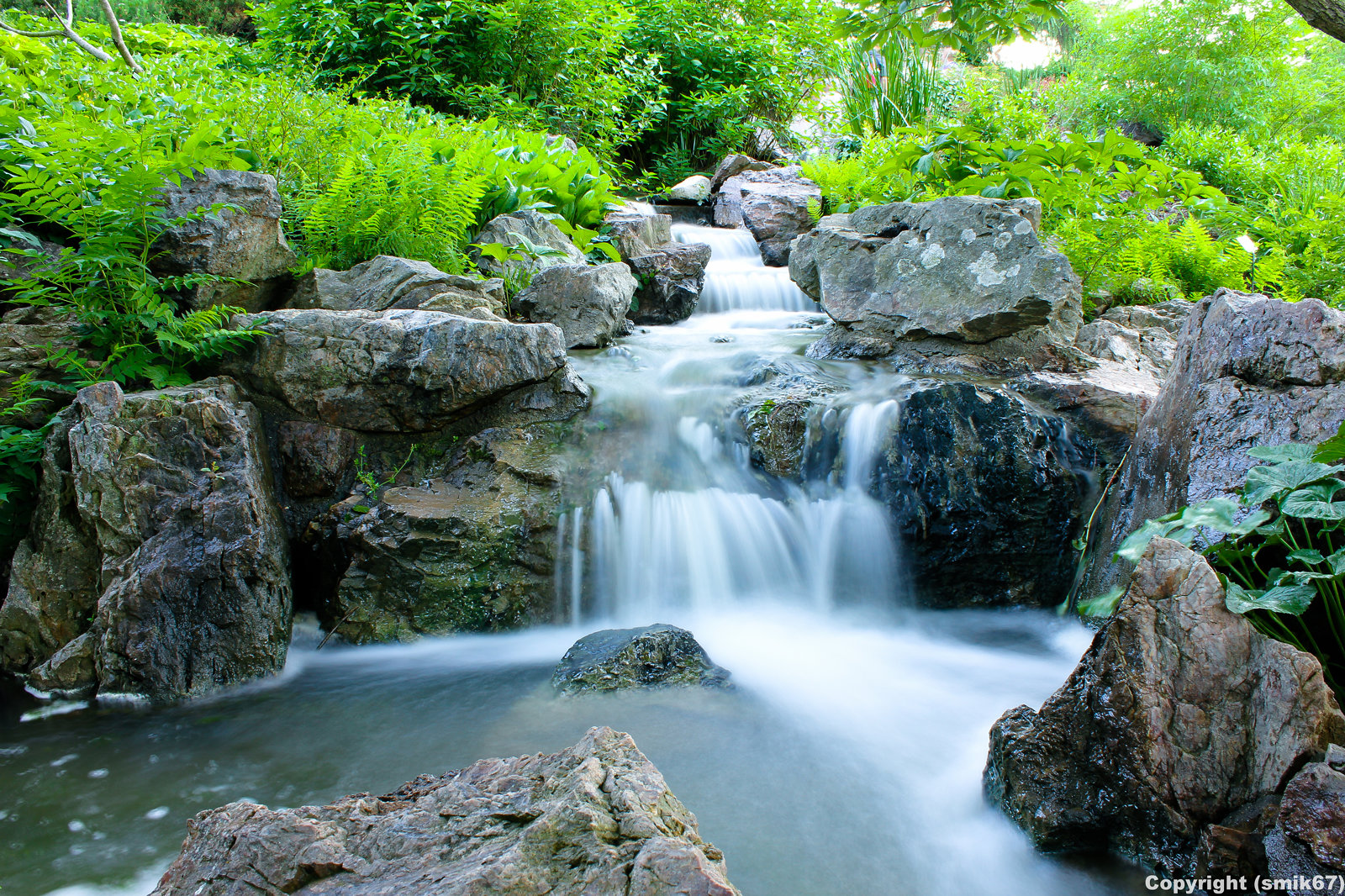 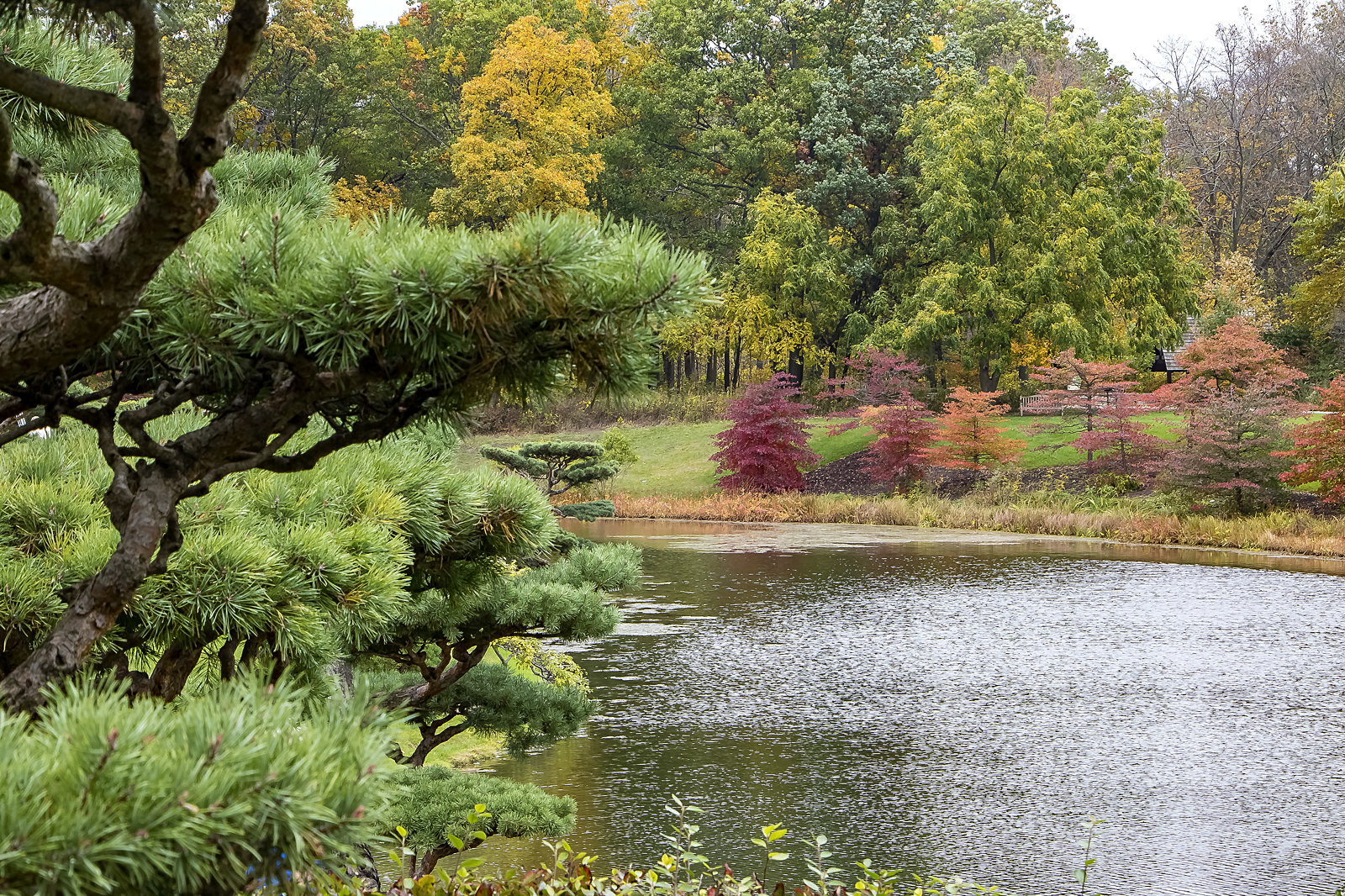 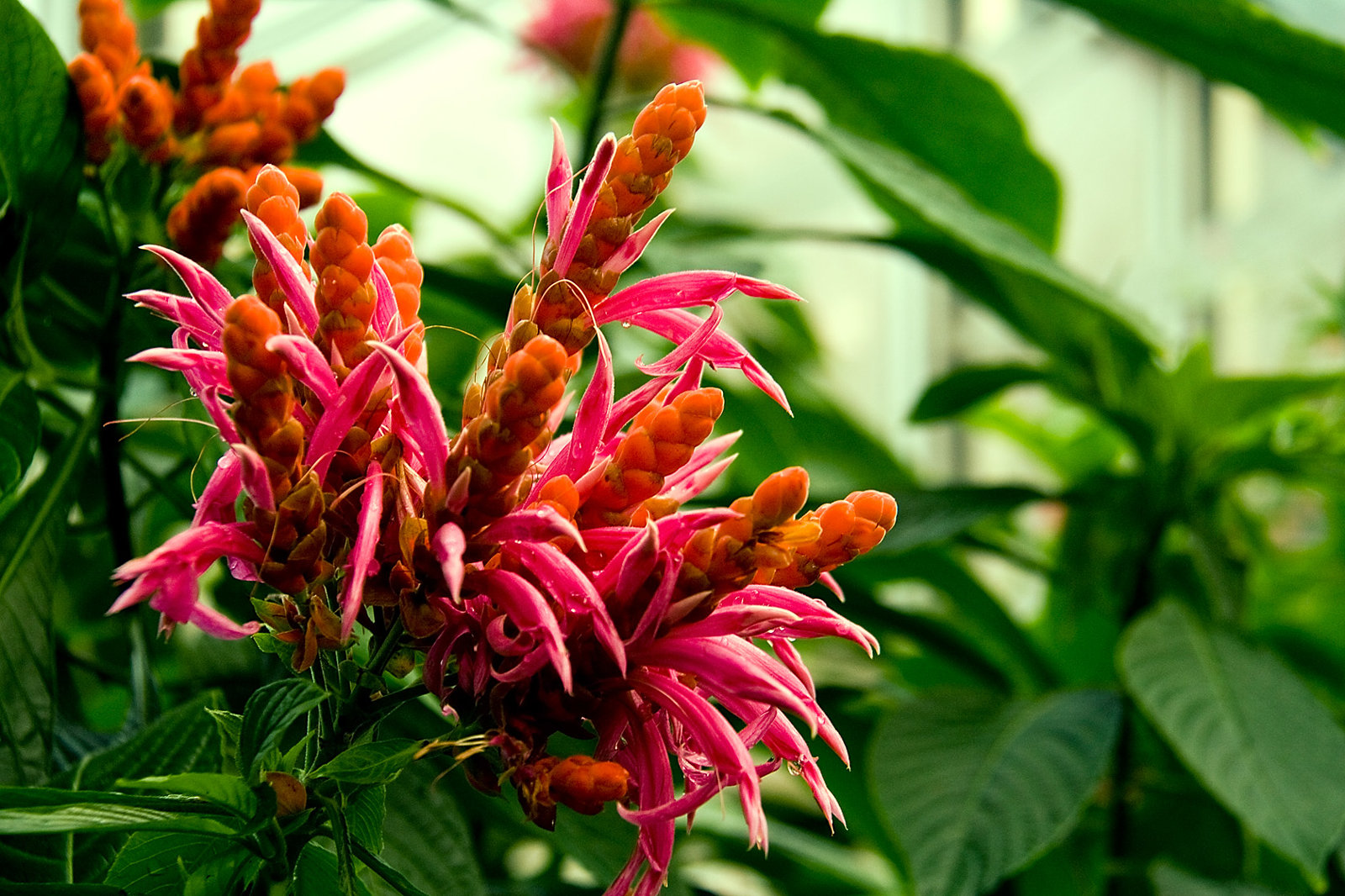 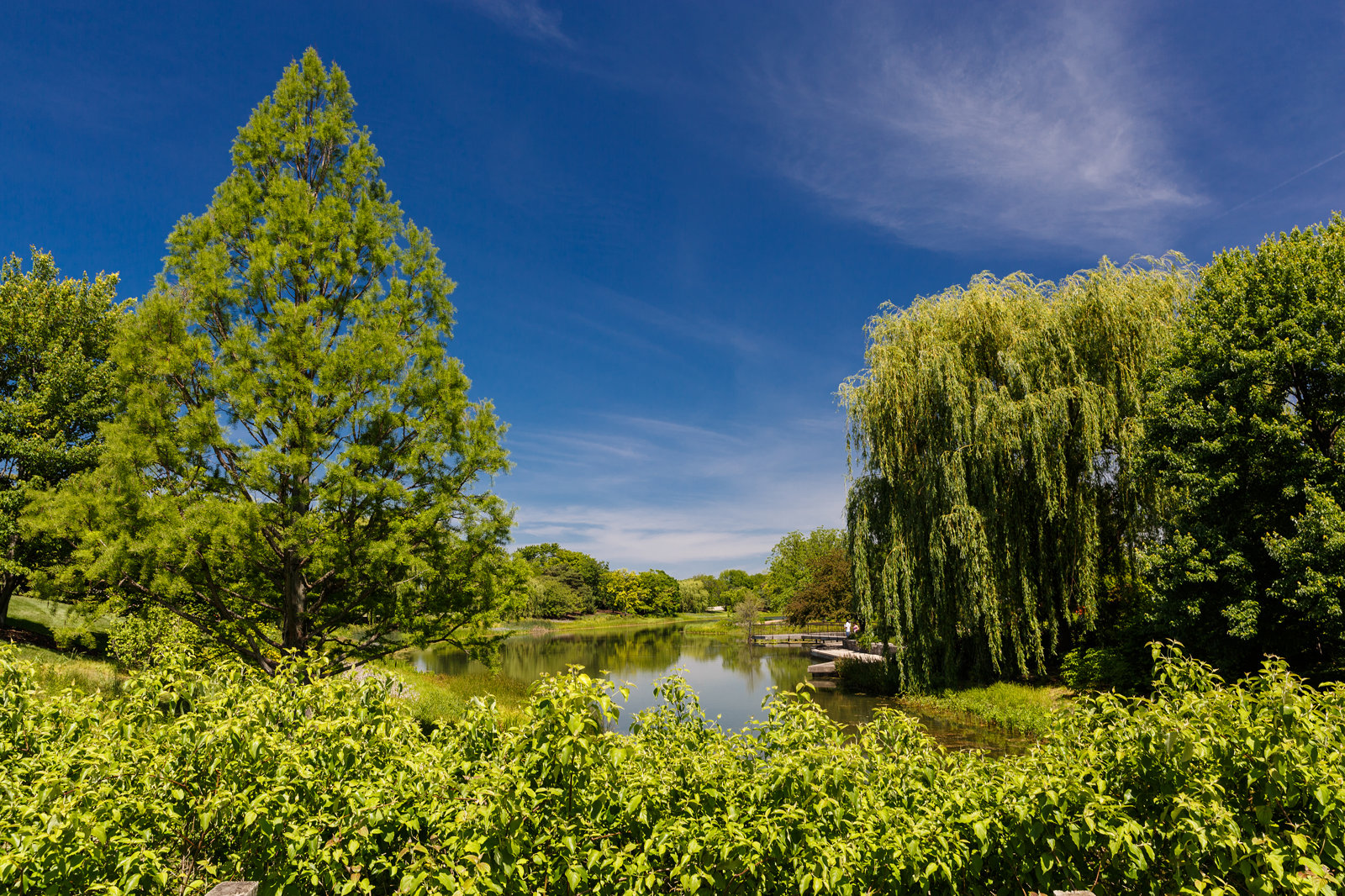 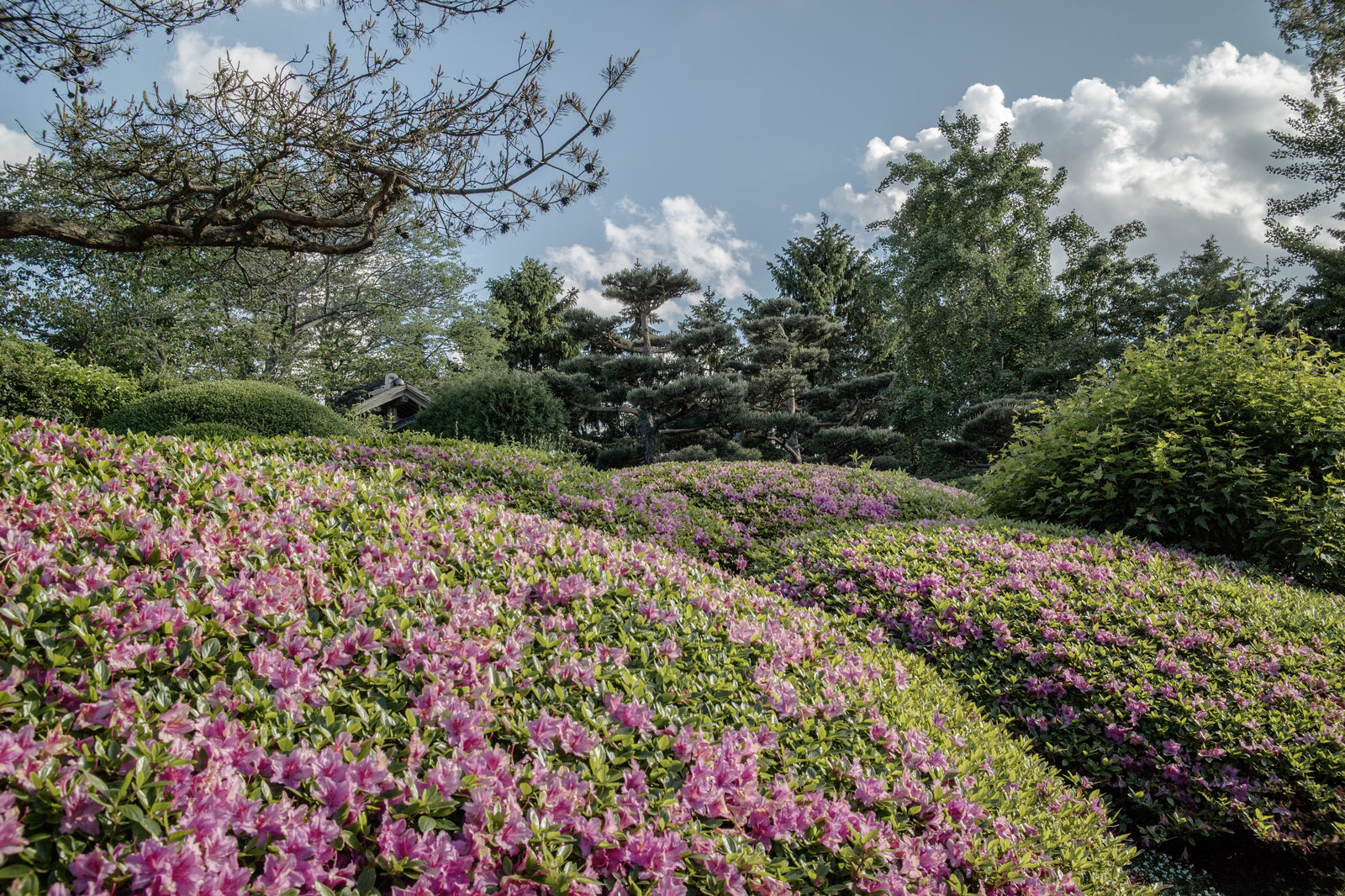 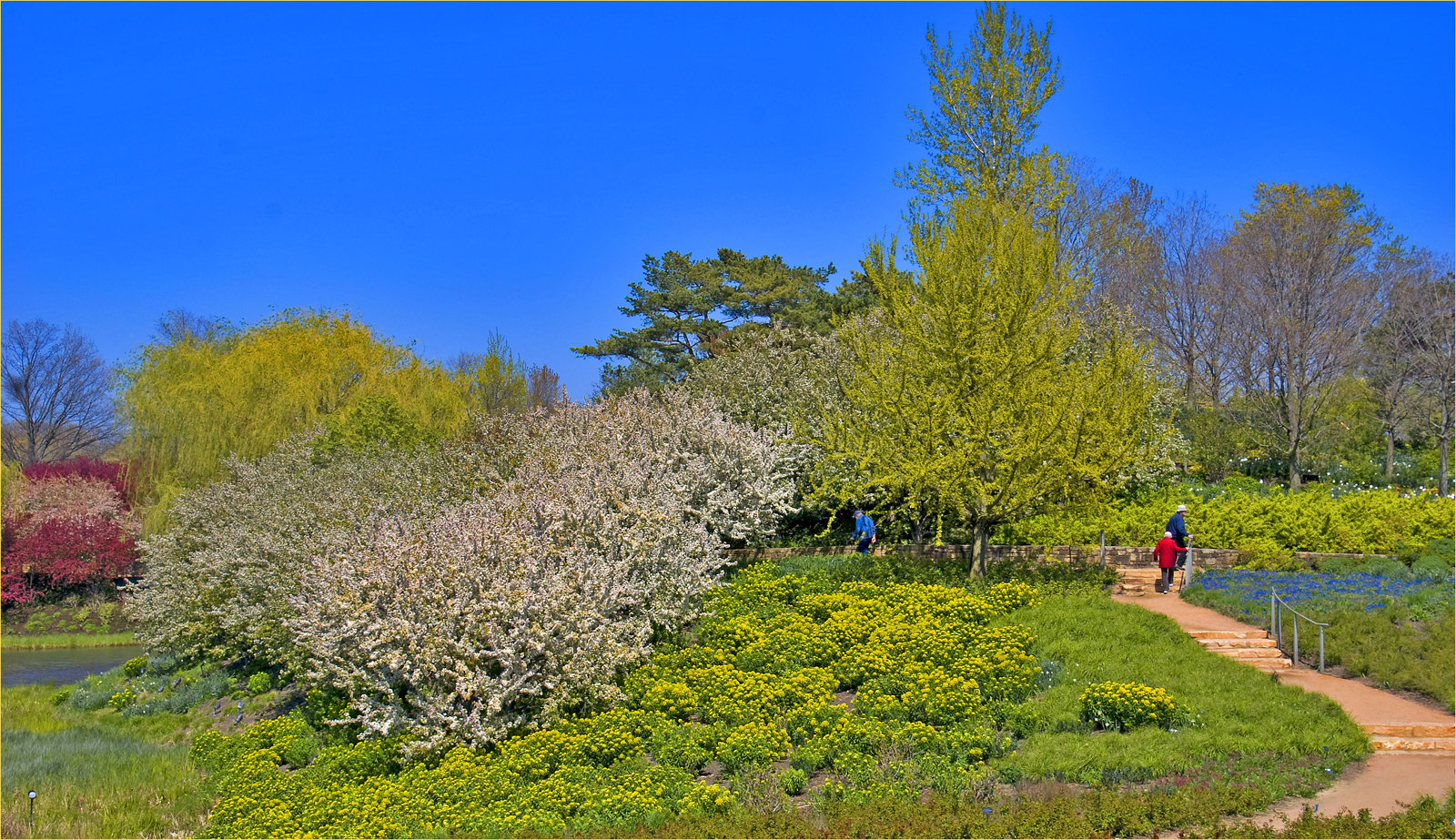 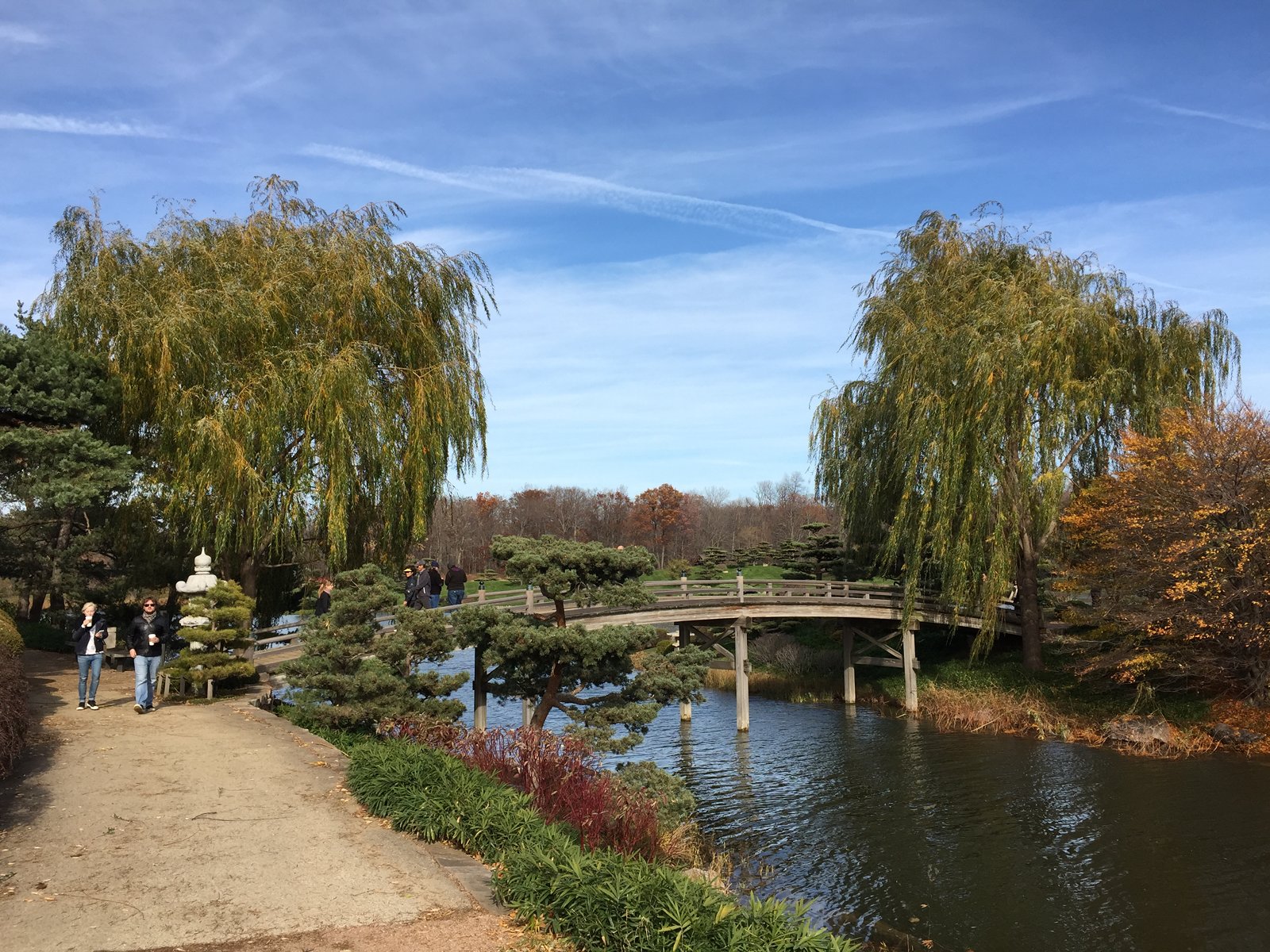 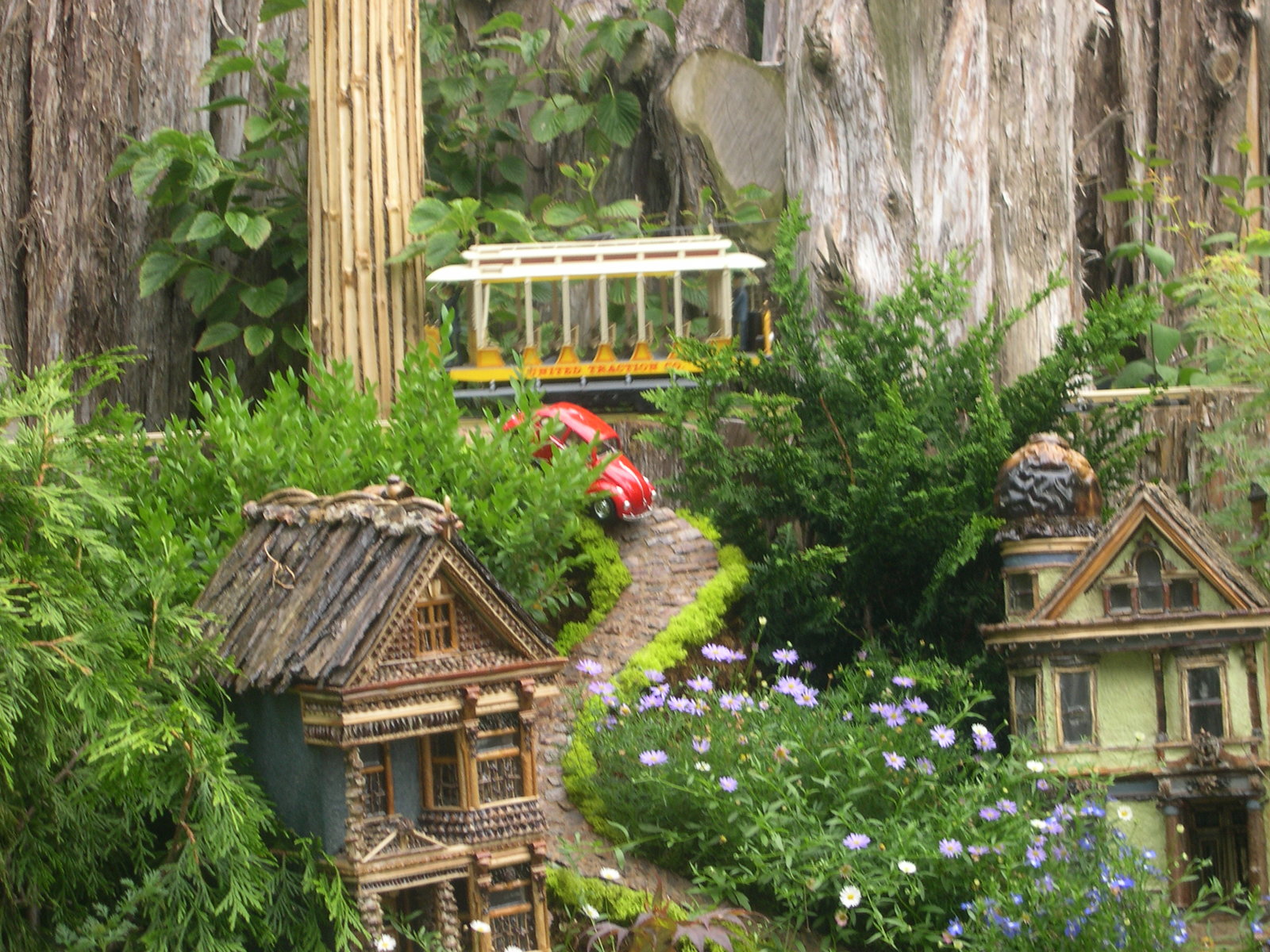 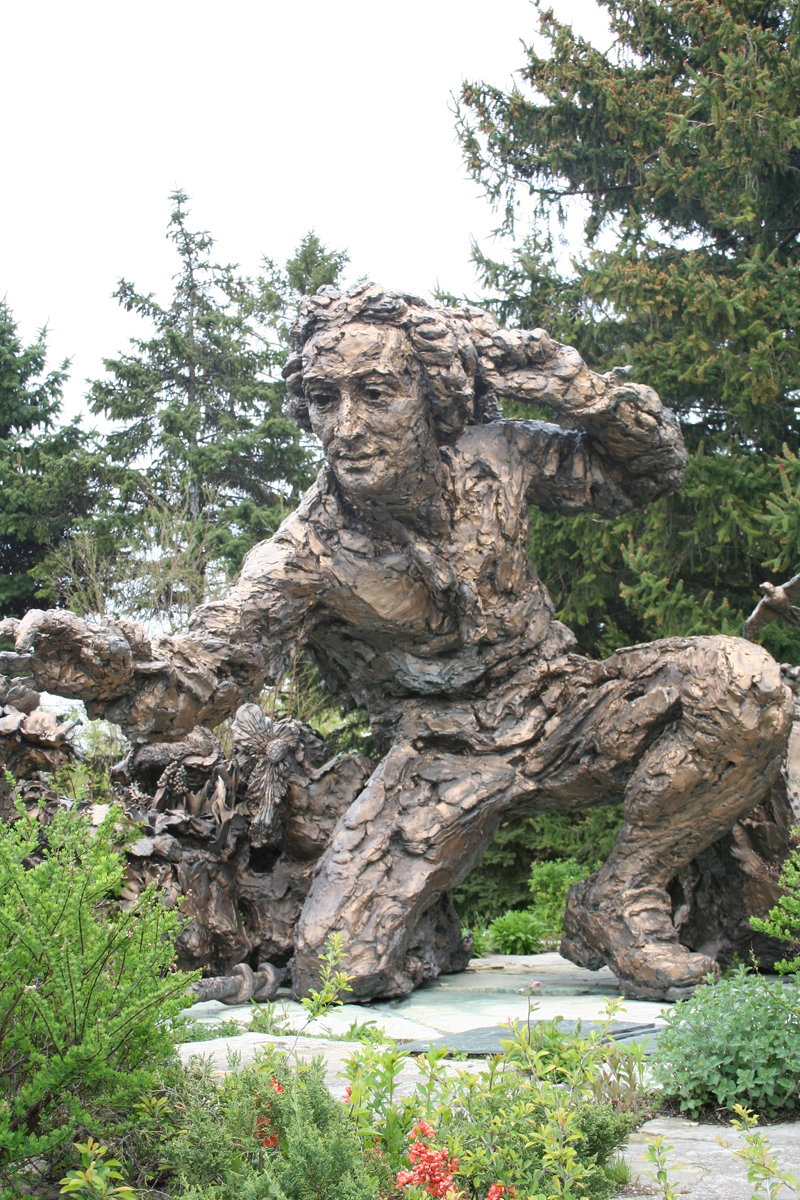