×
What are you looking for?
See all results
Bridges in Chertsey 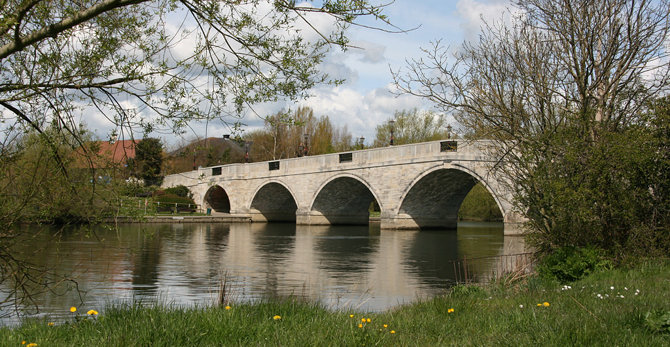 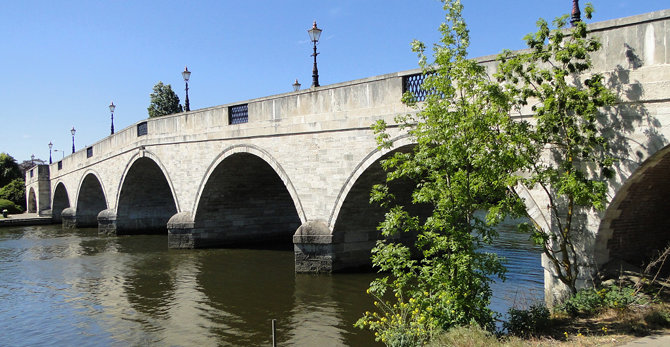 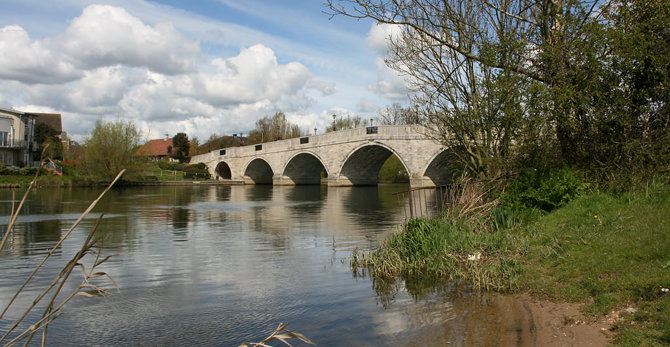 View all photos
I've been here
I Want to visit
Get directions
4,793 people have been here
7.9/10
Translate
Deutsch English Google Translate

Chertsey Bridge is a road bridge across the River Thames in England, connecting Chertsey to low-lying riverside meadows in Laleham, Surrey. It is situated 550 yards downstream from the M3 motorway bridge over the Thames and is close to Chertsey Lock on the reach above Shepperton Lock.The bridge is a seven-arch tied arch white stone bridge built 1783-1785 and is a Grade II* listed building.

The first bridge on the site was built some time after 1299 as in that year the king and his family were carried over the river by a ferry-woman called Sibille. The first reference to a bridge at Chertsey is in 1530, then a "goodly Bridg of Timber newly repaird. By 1580 it was dilapidated and the Crown, who had acquired responsibility from Chertsey Abbey, was trying to find someone on whom they could pin the bill for repairs. The documents record the dimensions as "210 feet in length and 15 feet in breadth". In 1632 the bridge, which was slanted upwards from Middlesex to Surrey, was described as like the work of a left-handed man. The slant was more annoying to navigation and passage was reported in 1774 to be very inconvenient and dangerous.

The present stone bridge was first considered in 1780 and replacement of the old one began in 1783. There were 184 piles for the old bridge, which were cut off six feet below high water mark, and the materials of the old bridge fetched £120 at auction in August 1784. The architect of the new bridge was James Paine and the surveyor was Kenton Couse. It was built at a cost of £6813 4s 11d. In an early example of contract dispute, the contractor built the number of arches specified, but as they did not reach the shore, the counties had to pay an extra expense for linking the bridge to the banks.

On the Middlesex bank, cows graze downstream in Dumsey Meadow, a Site of Special Scientific Interest, and upstream is Laleham Park. On the Surrey bank are the outskirts of Chertsey with Abbey Chase house on the river bank. At the south east end of the bridge is a late 19th century square cast-iron Coal tax post with cornice and capping, and the City of London shield on one face. It is grade II listed.

There are two popular pub/restaurants - one on each side of the bridge: The Boathouse/ Bridge Hotel and The Kingfisher - both have patio areas overlooking the Thames. The Bridge Hotel is a modern hotel and blends with new luxury apartments with riverside views built downstream of the Bridge in "Bridge Wharf".

スコシト C
Lunchtime tip.. Eat and drink down by the river and be merry =)

David S
Nice bench to sit on during a bike ride between London and Reading. This marks 32.5km of the journey done.
Load more comments
foursquare.com

Chertsey Abbey, dedicated to St Peter, was a Benedictine monastery

Stealth is a steel roller coaster built by Intamin AG of Switzerland.

View Heathrow is a tourist attraction, one of the Scenic Lookouts in

The Muslim Burial Ground, Horsell Common was the original resting 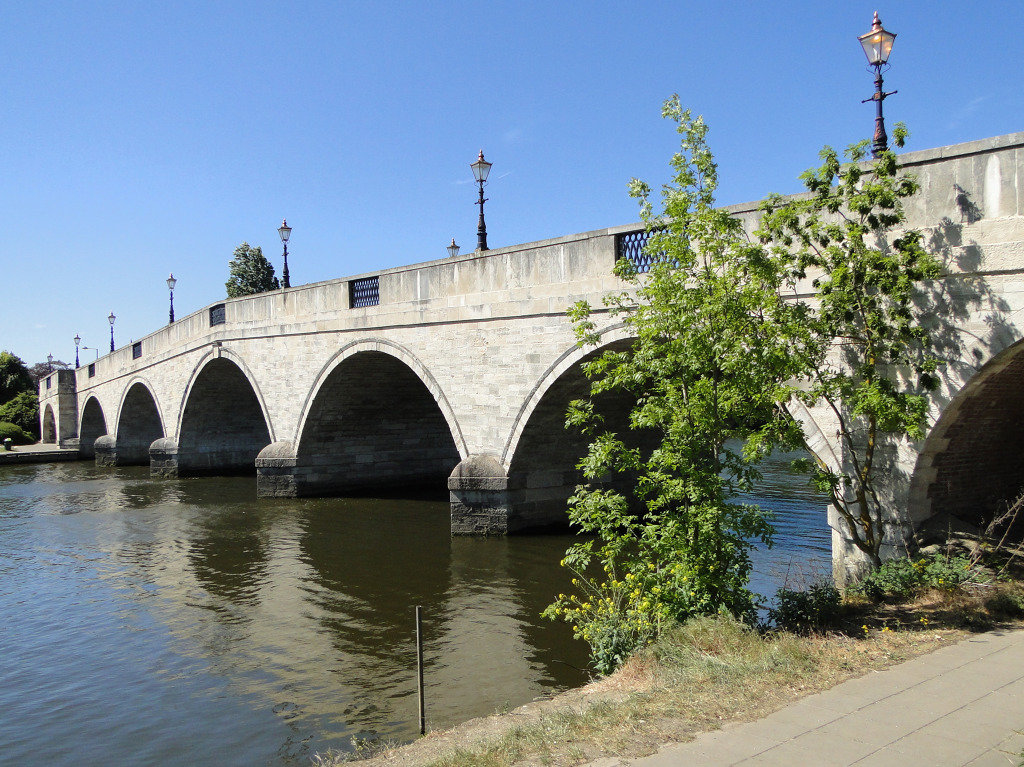 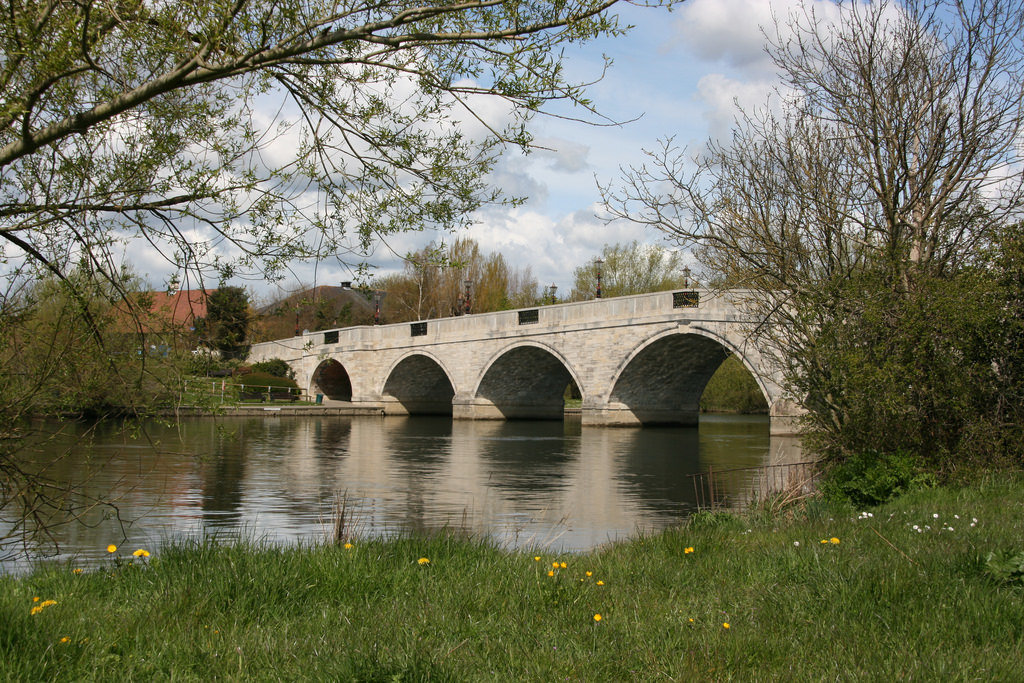 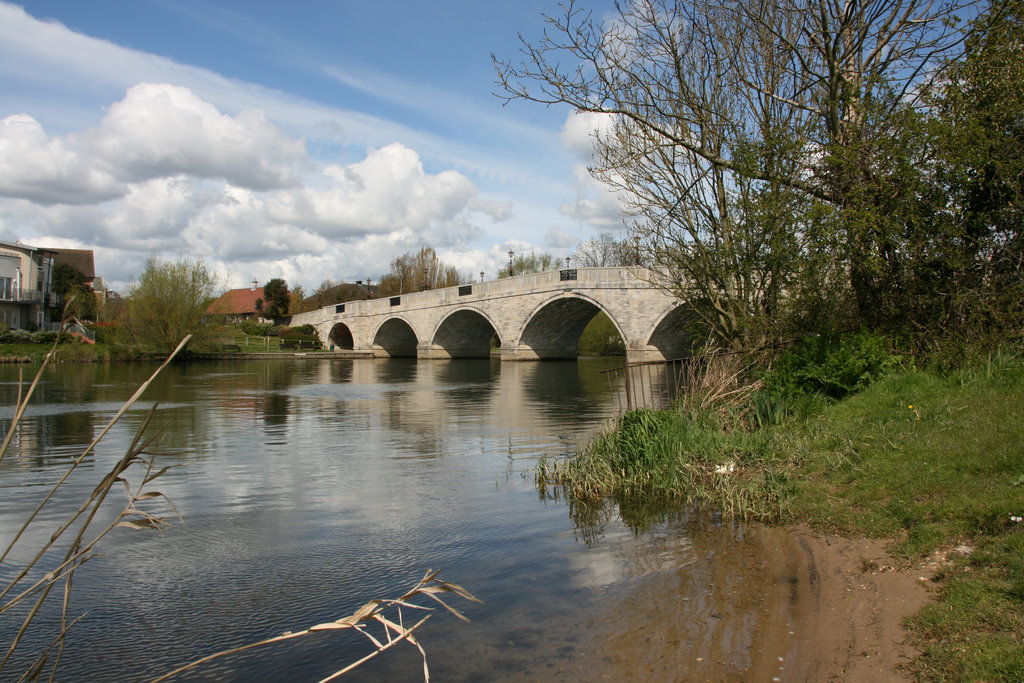 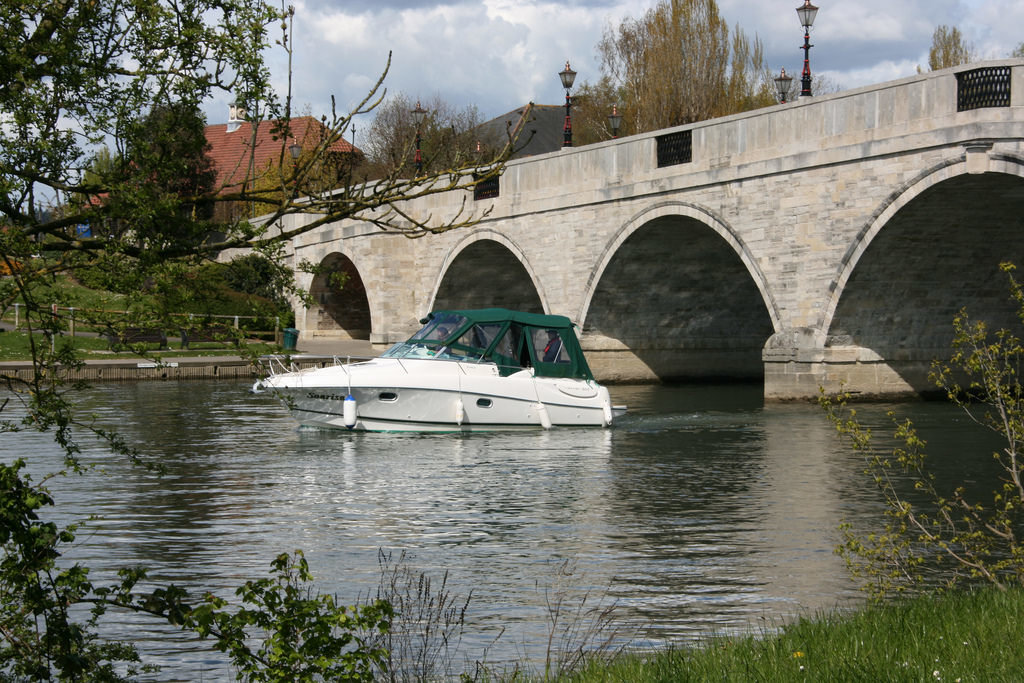 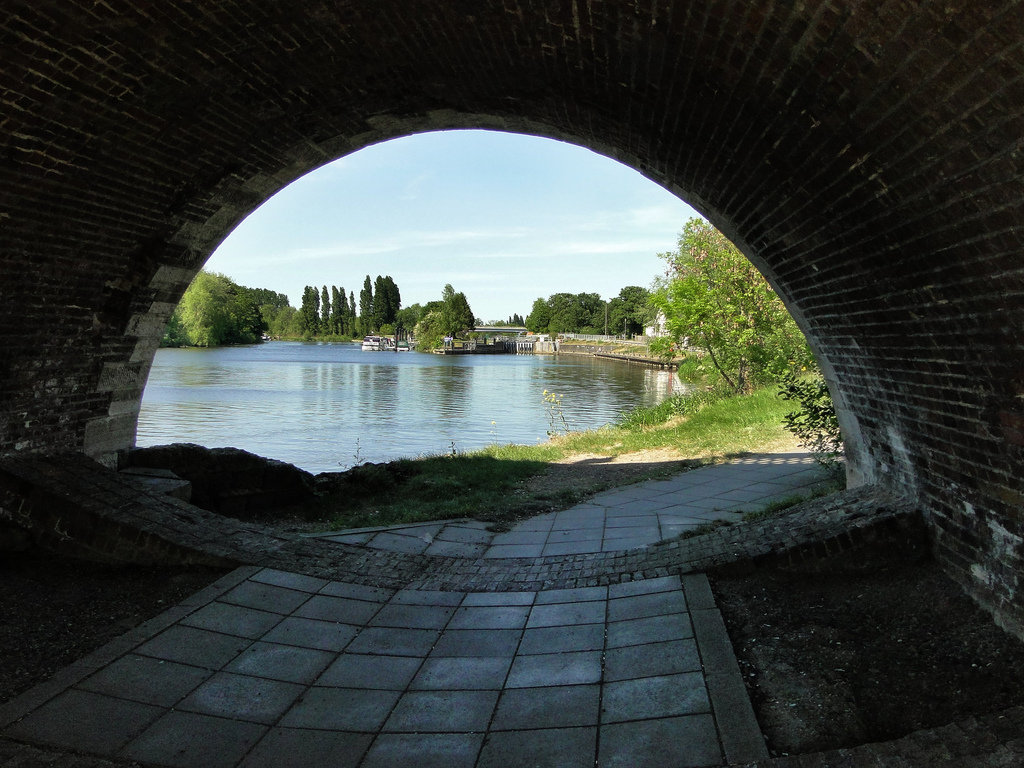 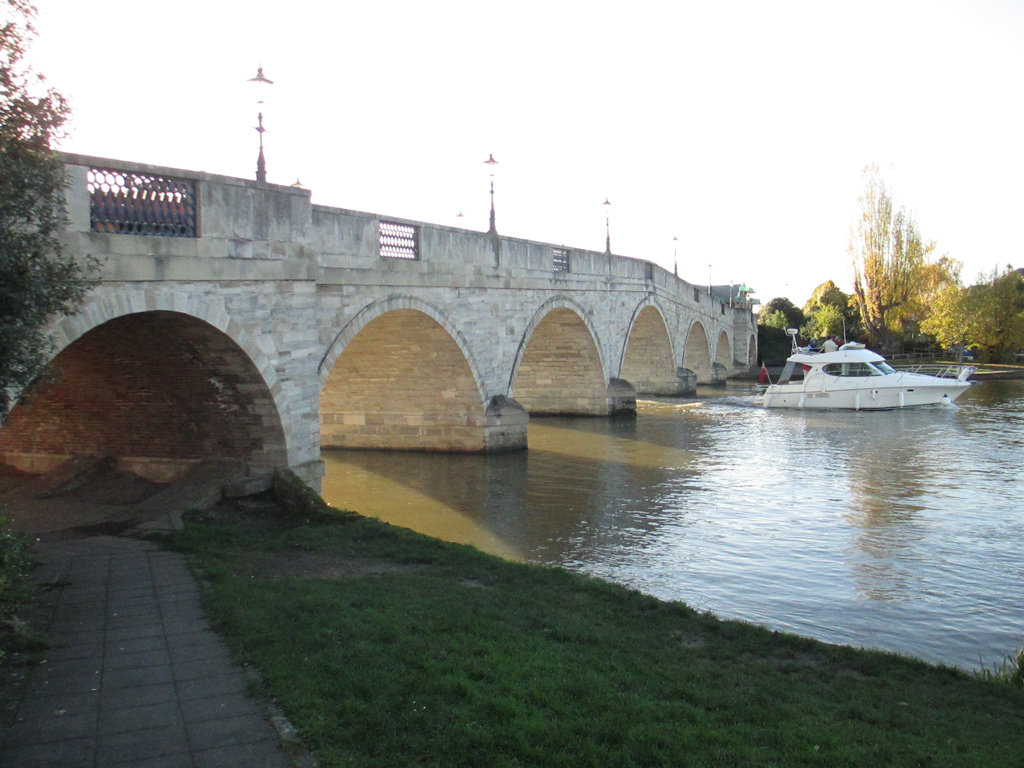 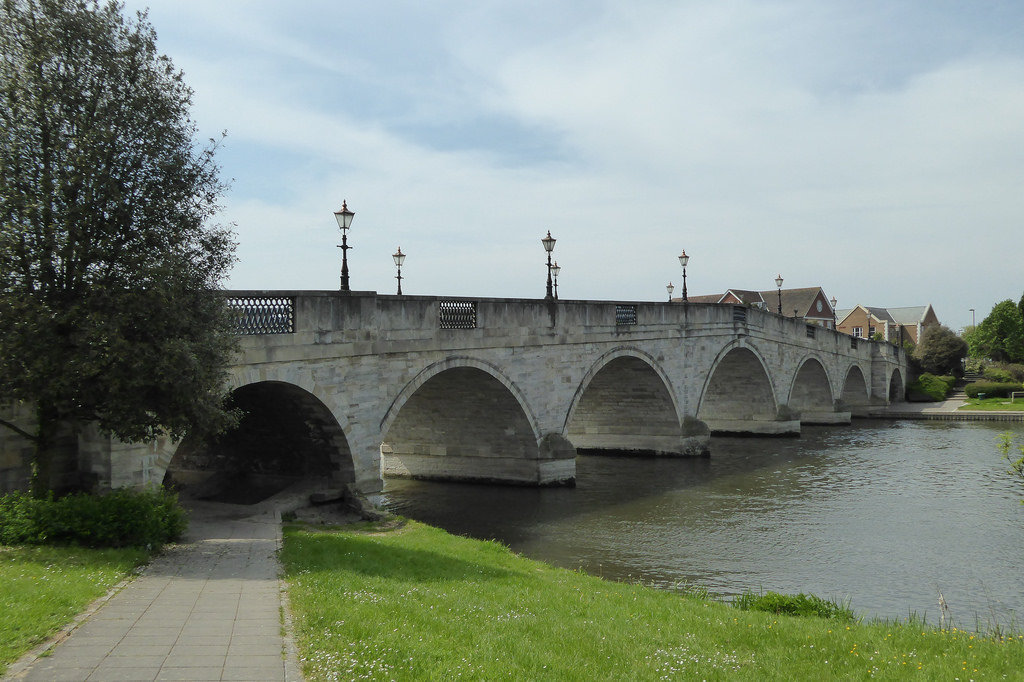 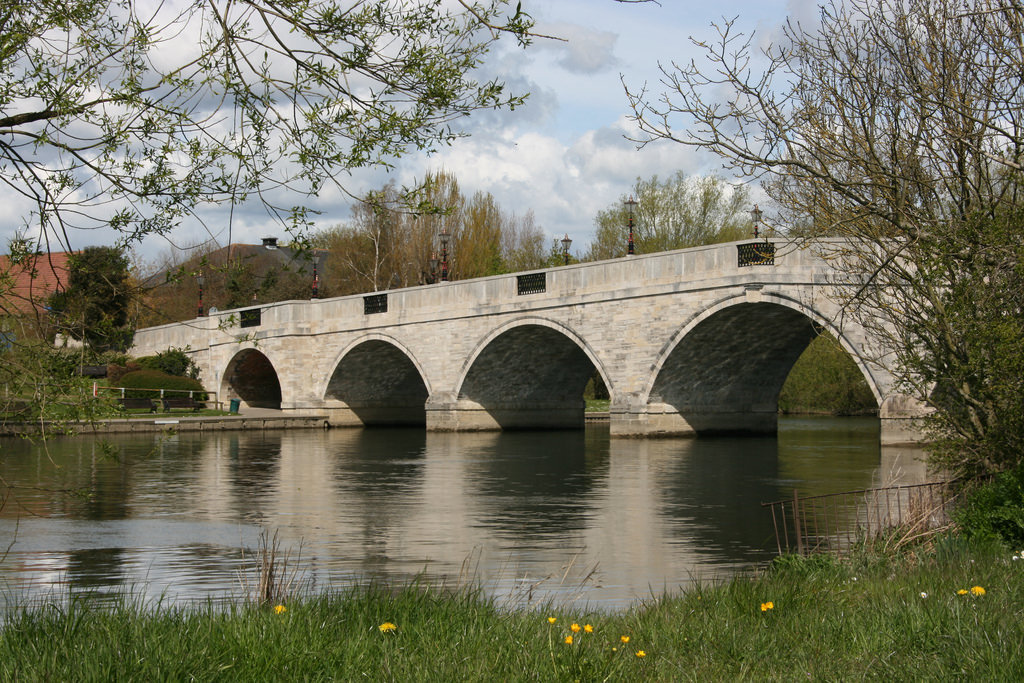 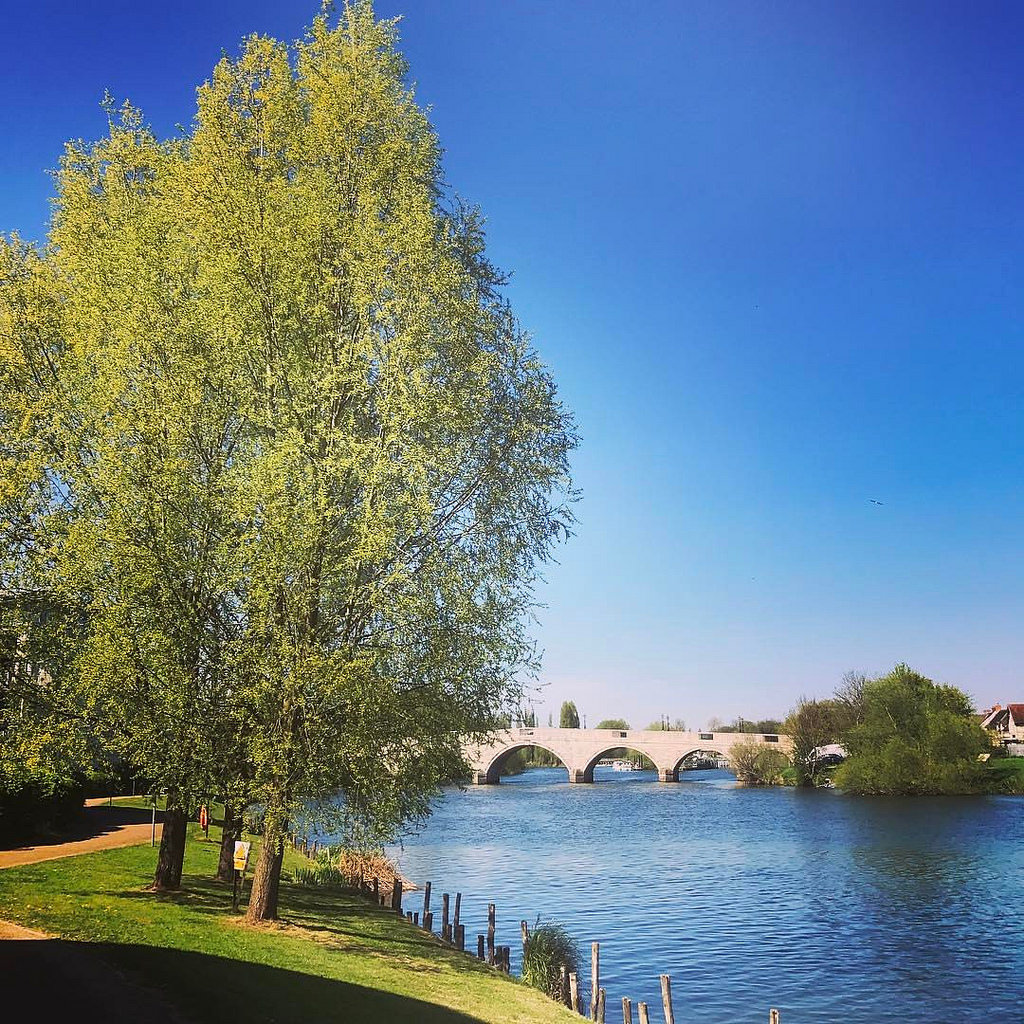 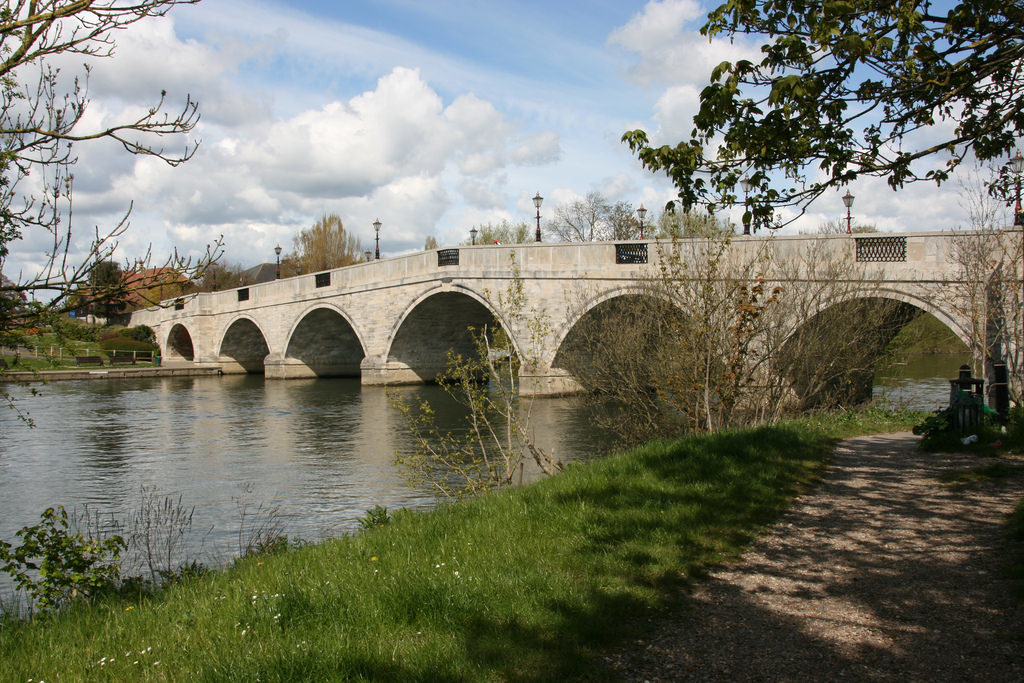 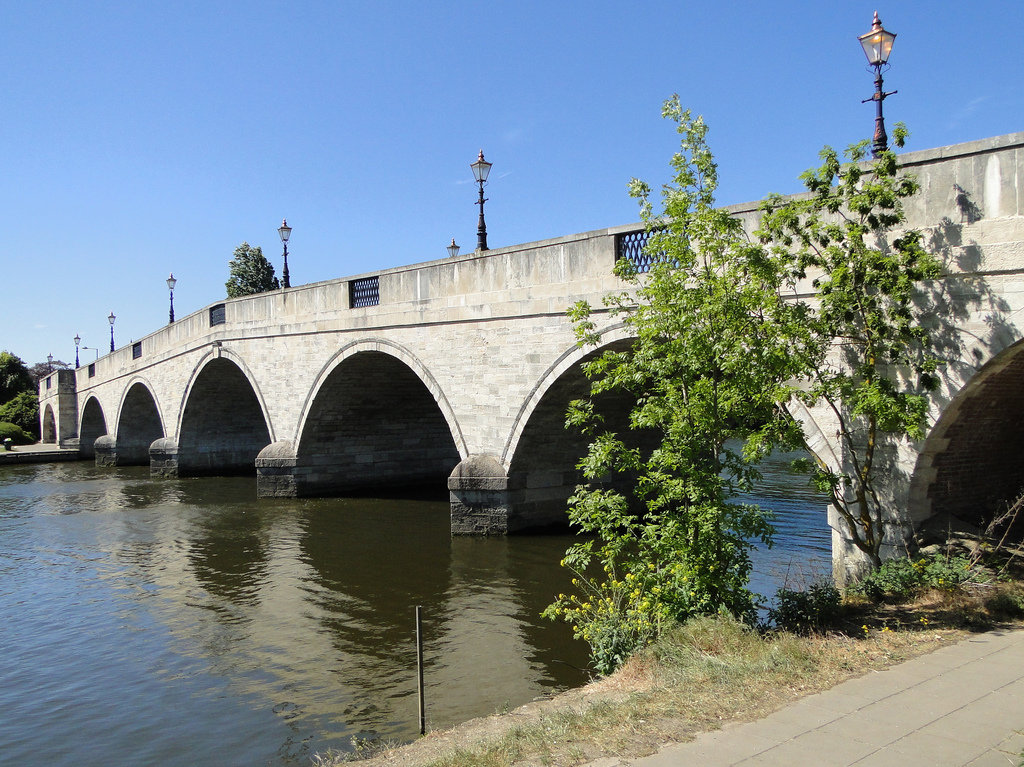 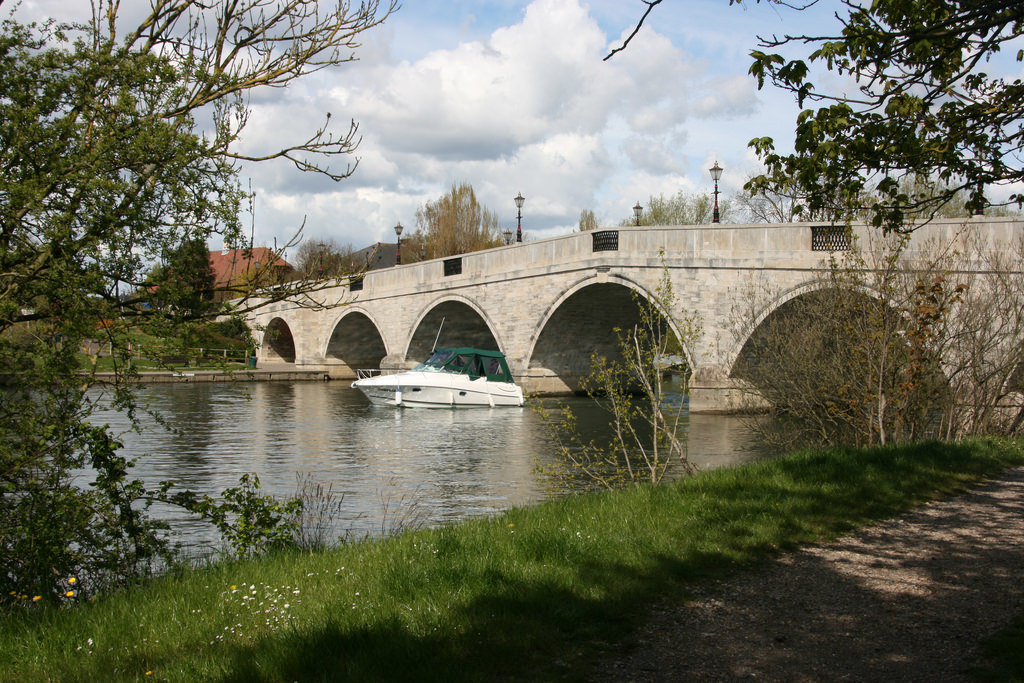 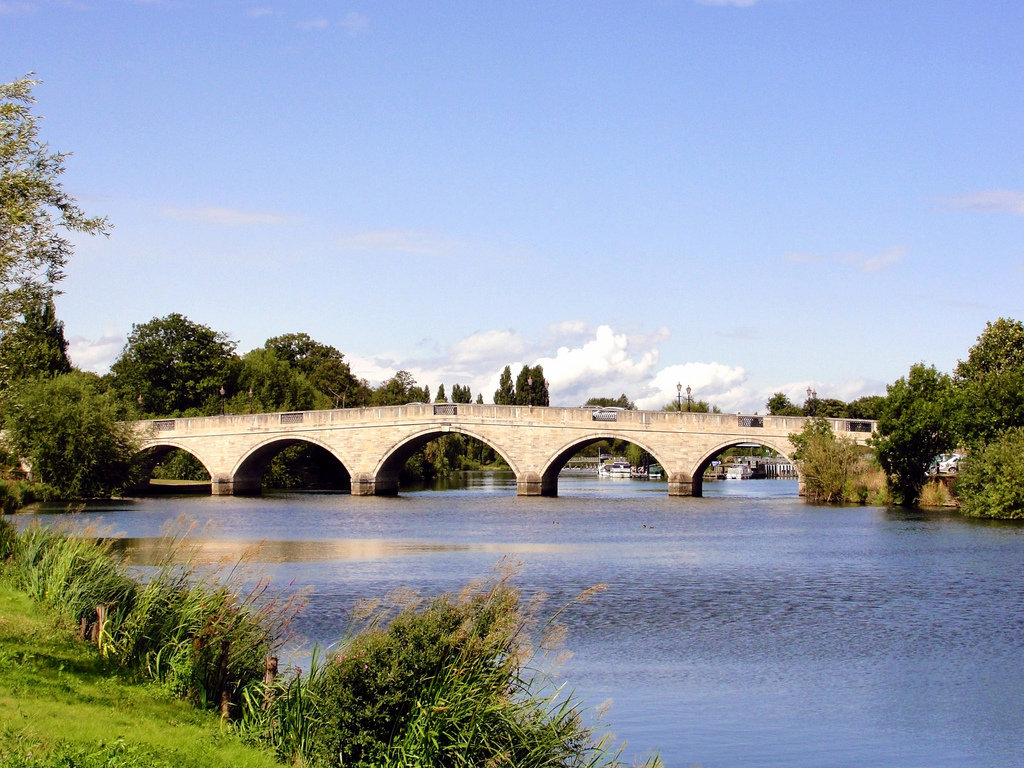 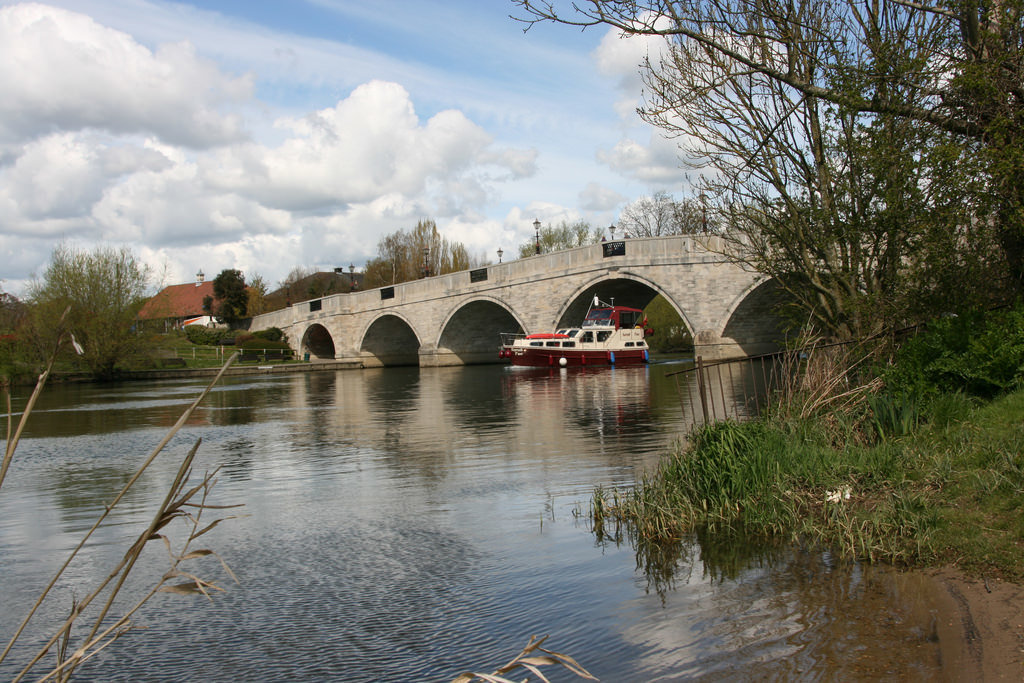 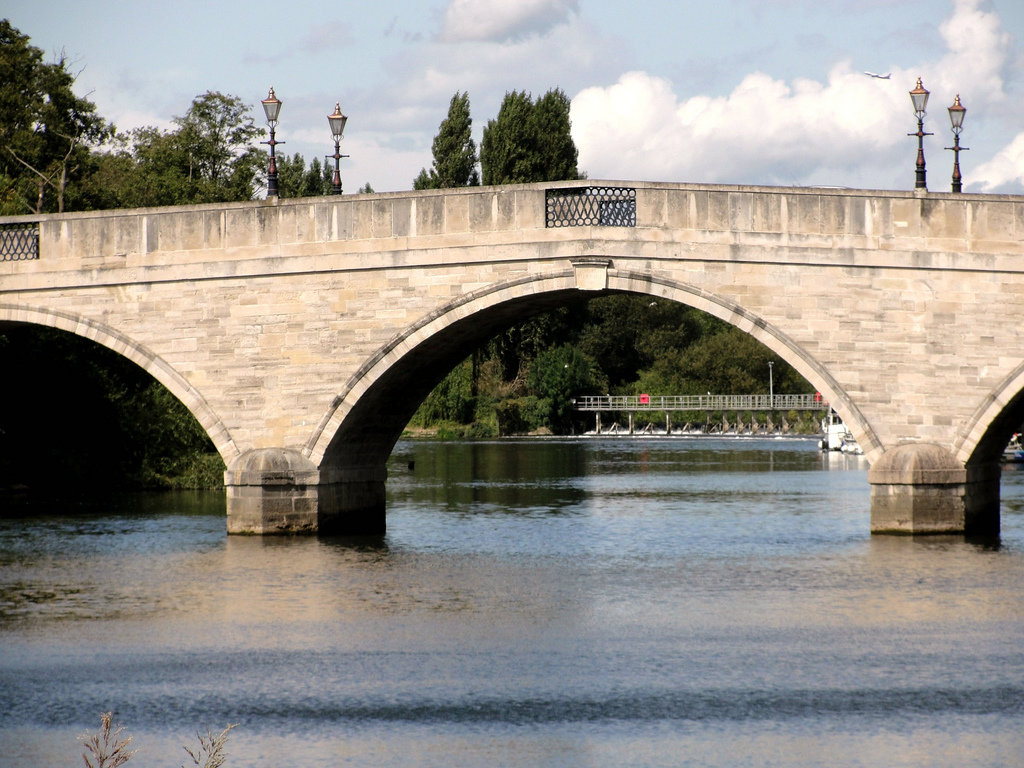 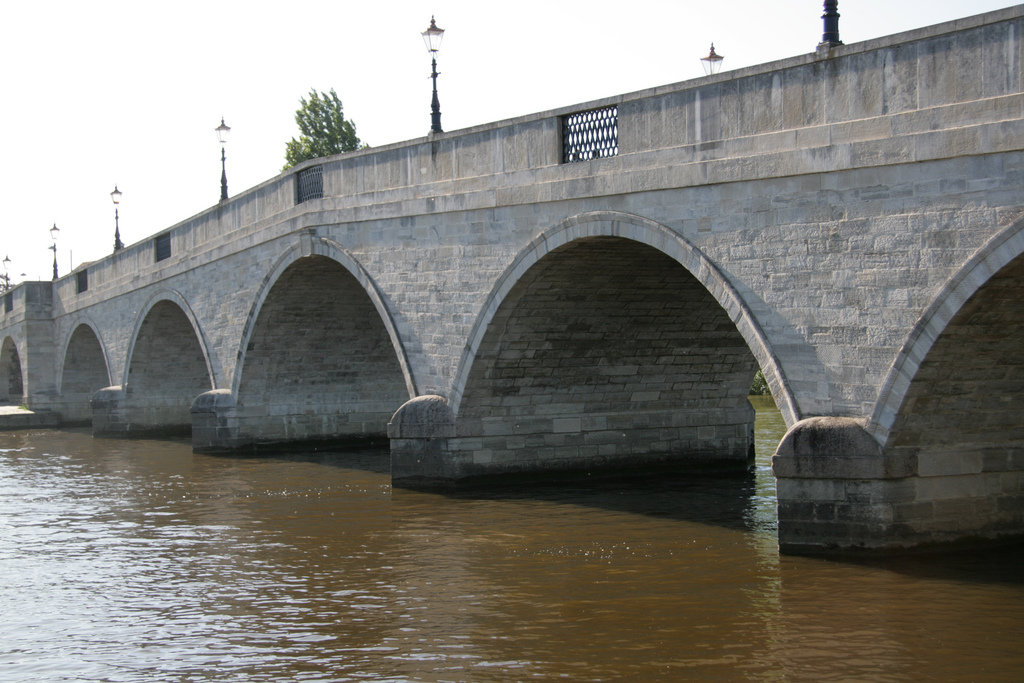 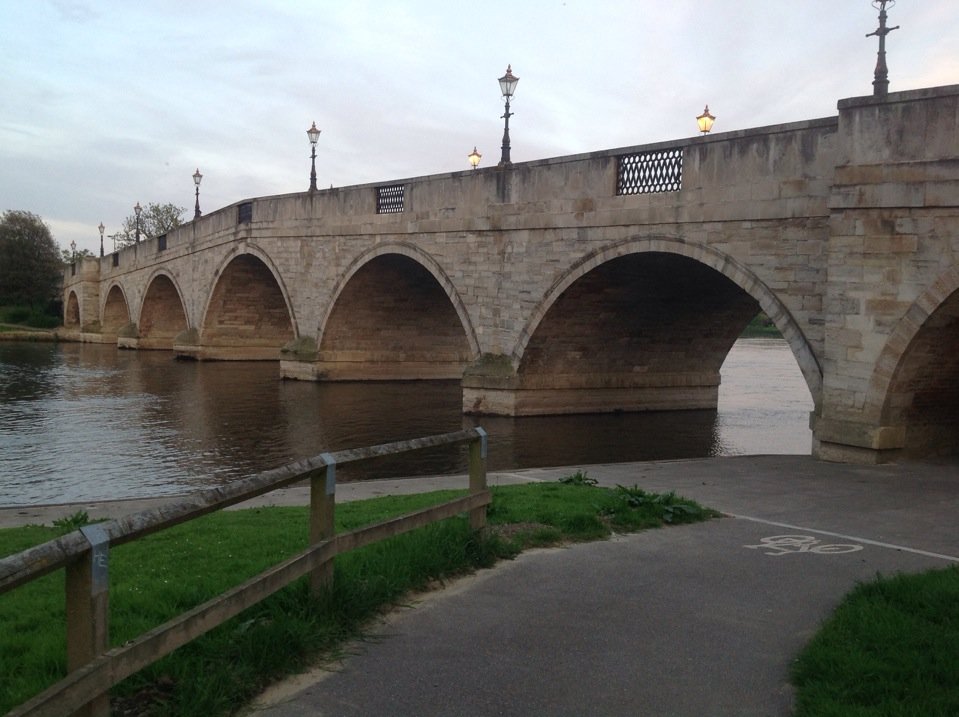 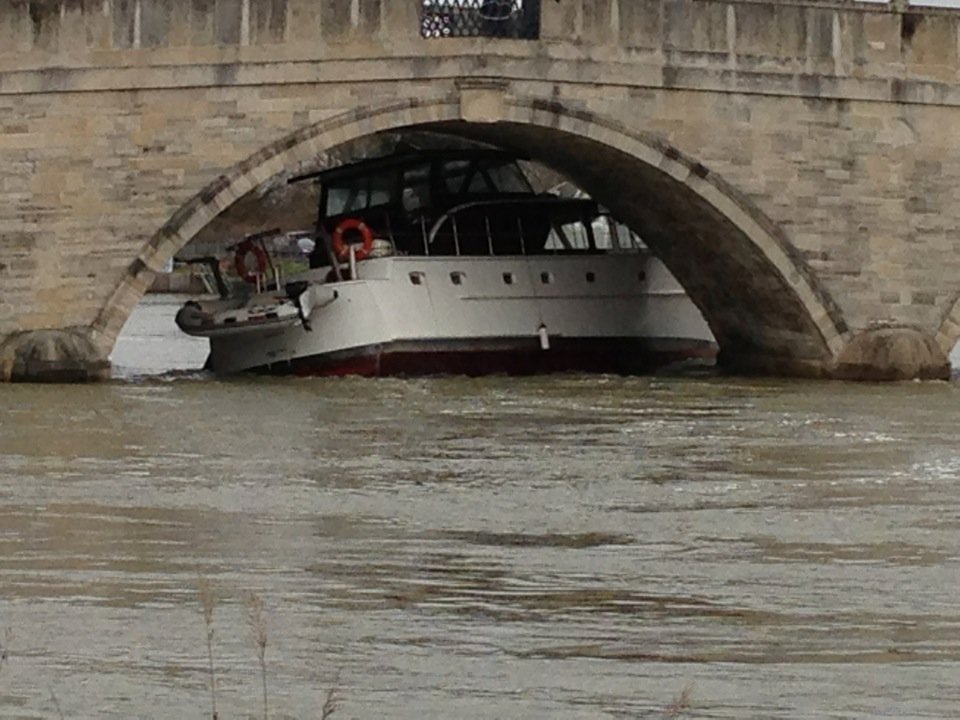 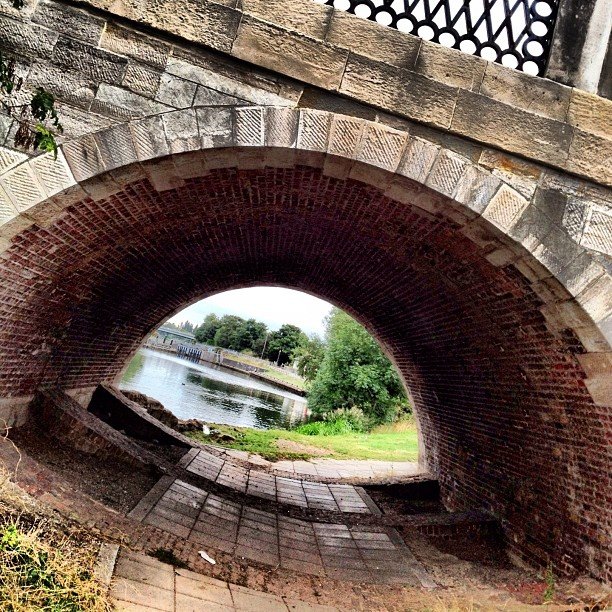 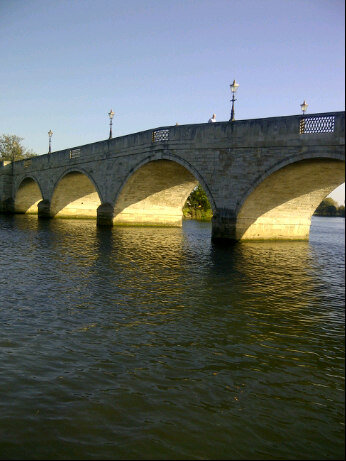 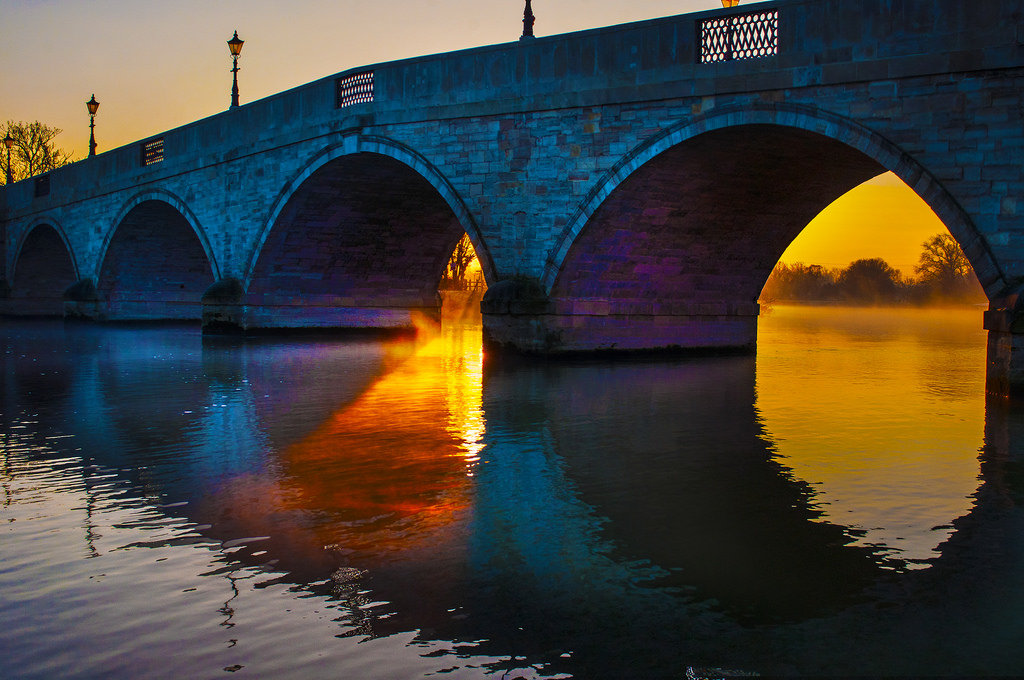