×
What are you looking for?
See all results
Archaeological sites in Sevastopol 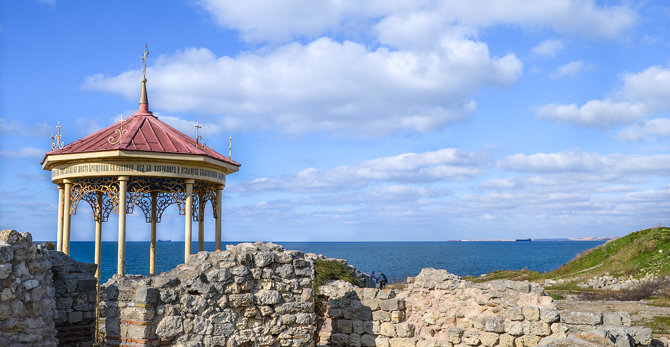 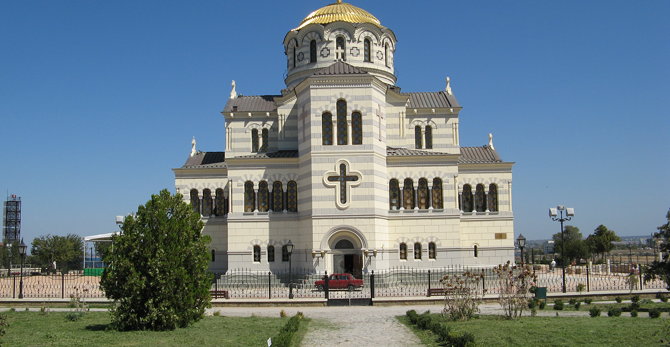 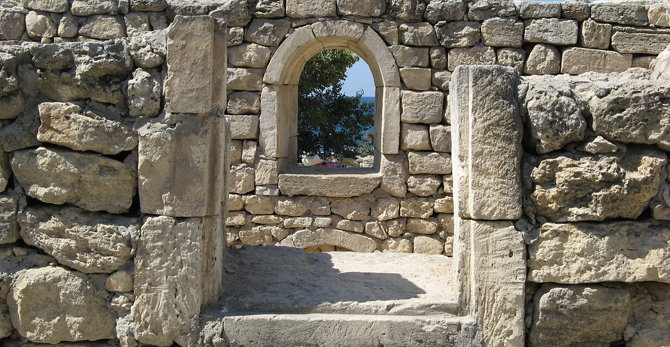 The ancient city is located on the shore of the Black Sea at the outskirts of Sevastopol on the Crimean peninsula of Ukraine, where it is referred to as Khersones. It has been nicknamed the "Ukrainian Pompeii" and "Russian Troy". The name "Chersonesos" in Greek means simply "peninsula", and aptly describes the site on which the colony was established. It should not be confused with the Tauric Chersonese, the name often applied to the whole of the southern Crimea along with "Taurica".

During much of the classical period the town was a democracy ruled by a group of elected archons and a council called the Damiorgi. As time went on the government grew more oligarchic, with power concentrated in the hands of the archons. A form of oath sworn by all the citizens in the 3rd century BC has survived to the present day.

of the Black Sea in the 5th century BC]]

In the late 2nd century BC Chersonesos became a dependency of the Bosporan Kingdom. It was subject to Rome from the middle of the 1st century BC until the 370s AD, when it was captured by the Huns.

It became a Byzantine possession during the Early Middle Ages and withstood a siege by the Göktürks in 581. Byzantine rule was slight: there was a small imperial garrison more for the town's protection than for its control. It was useful to Byzantium in two ways: as an observation point to watch the barbarian tribes, and its isolation made it a popular place of exile for those who angered the Roman and later Byzantine governments. Among its more famous "inmates" were Pope Clement I and Pope Martin I, and the deposed Byzantine Emperor Justinian II. According to Theophanes and others, Chersonesos was the residence of a Khazar tudun in the late 600s.

In 838 Emperor Theophilus sent the nobleman Petronas Kamateros, who had recently overseen the construction of the Khazar fortress of Sarkel, to take direct control over the city and its environs. It remained in Byzantine hands until the 980s, when it reportedly fell to Kiev. Vladimir the Great agreed to evacuate the fortress only if Basil II's sister Anna Porphyrogeneta would be given him in marriage. The demand caused a scandal in Constantinople, as imperial princesses had never been married to non-Greeks before. As a pre-condition for the marriage settlement, Vladimir was baptized here in 988, thus paving the way to the Baptism of Kievan Rus'. Thereafter Korsun' was evacuated.

Since this campaign is not recorded in Greek sources, historians have suggested that this account actually refers to the events of the Rus'-Byzantine War (1043) and to a different Vladimir. In fact, most valuables looted by the Slavs in Korsun' made their way to Novgorod (perhaps by way of Ioakim Korsunianin, the first Novgorodian bishop, as his surname indicates ties to Korsun), where they were preserved in the Cathedral of Holy Wisdom until the 20th century. One of the most interesting items from this "Korsun Treasure" is the copper Korsun Gate, supposedly captured by the Novgorodians in Korsun' and now part of the St. Sophia Cathedral.

After the Fourth Crusade Chersonesos became dependent on the Empire of Trebizond, and then fell under Genoese control in the early 1300s. In 1299 the town was sacked by the armies of Nogai Khan. A century later it was destroyed by Edigu and was permanently abandoned. In the late 19th century, St Vladimir's Cathedral (completed 1892) was built on a small hill overlooking the site; designed in Byzantine style, it was intended to commemorate the site of Vladimir's baptism.

overlooks the extensive excavations of Chersonesos.]]

Chersonesos' ancient ruins are presently located in one of Sevastopol's suburbs. They were excavated by the Russian government, starting from 1827. They are today a popular tourist attraction, protected by the state as an archaeological park.

The buildings mix influences of Greek, Roman and Byzantine culture. The defensive wall is hundreds of meters long. Buildings include a Roman amphitheatre and a Greek temple.

The largest portion of the site is "Chora", several square kilometres of ancient but now barren farmland, with remains of wine presses and defensive towers. According to archaeologists, the evidence suggests that the locals were paid to do the farm work instead of being enslaved.

The excavated tombstones hint at burial practices that were different from the Greek ones. Each stone marks the tomb of an individual, instead of the whole family and the decorations include only objects like sashes and weapons, instead of burial statues. Over half of the tombs archaeologists have found have bones of children. Burned remnants suggest that the city was plundered and destroyed.

In 2007 Chersonesos tied for fifth in the Seven Wonders of Ukraine poll.

The Institute of Classical Archaeology of the University of Texas at Austin and the local Archaeological Park has investigated the site since 1992. The Ukrainian government has included the site on its tentative World Heritage List. The site, however, is in danger of further urban encroachment and coastal erosion.

The encroachment of modern building in and around the ancient archaeological site, coupled with a lack of funding to prevent such development pressures, has left the site of Chersonesos firmly at risk.

The Saint Vladimir Cathedral is a Russian Orthodox Church cathedral in

Античный театр Херсонеса is a tourist attraction, one of th

St. Vladimir's Cathedral is an Orthodox church in Sevastopol which was

Add to wishlist
I've been here
Visited
Battle of Malakoff

Add to wishlist
I've been here
Visited
Temple of the Olympian Zeus, Agrigento

The Temple of Olympian Zeus (or Olympeion; known in Italian as the 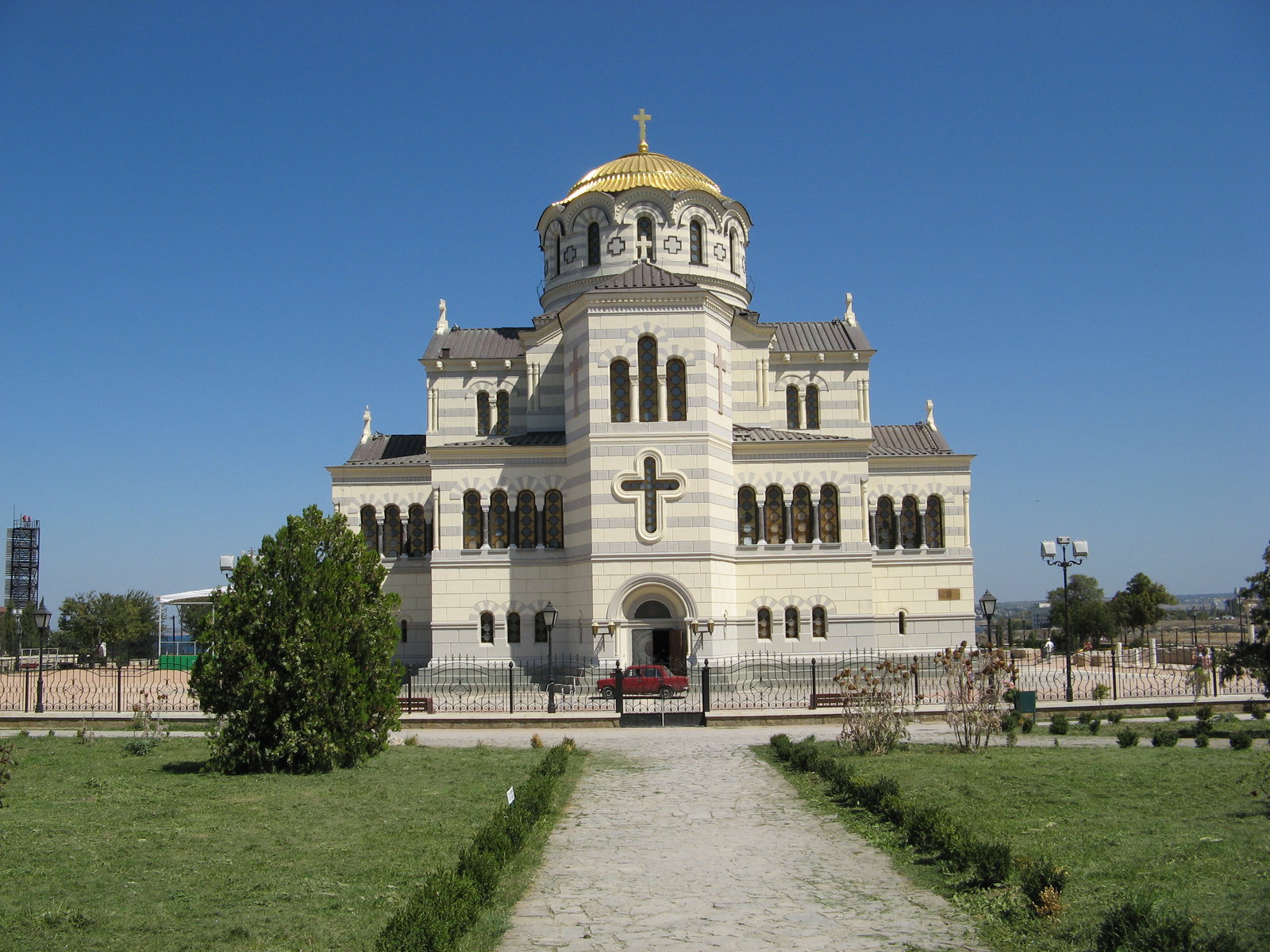 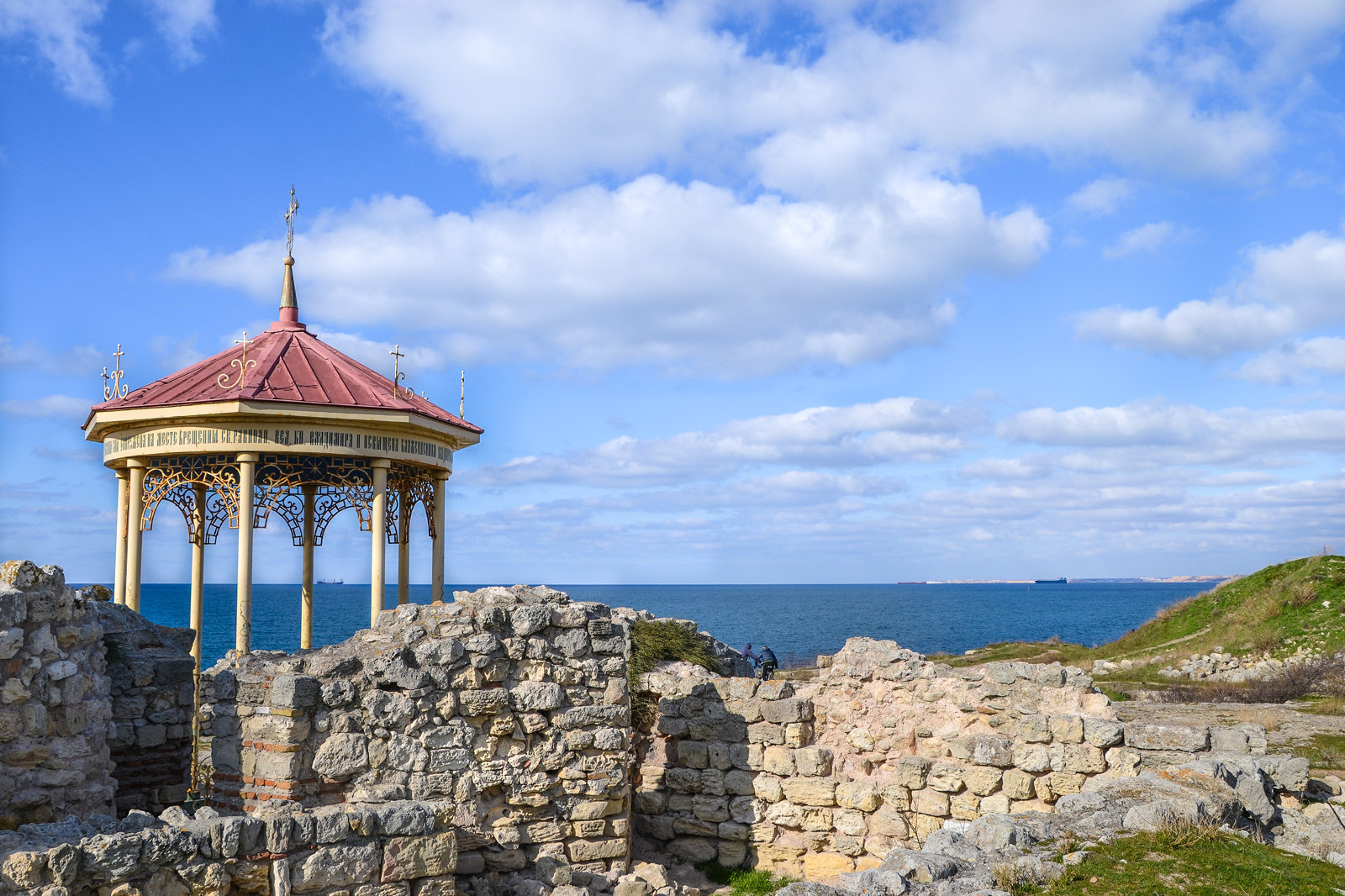 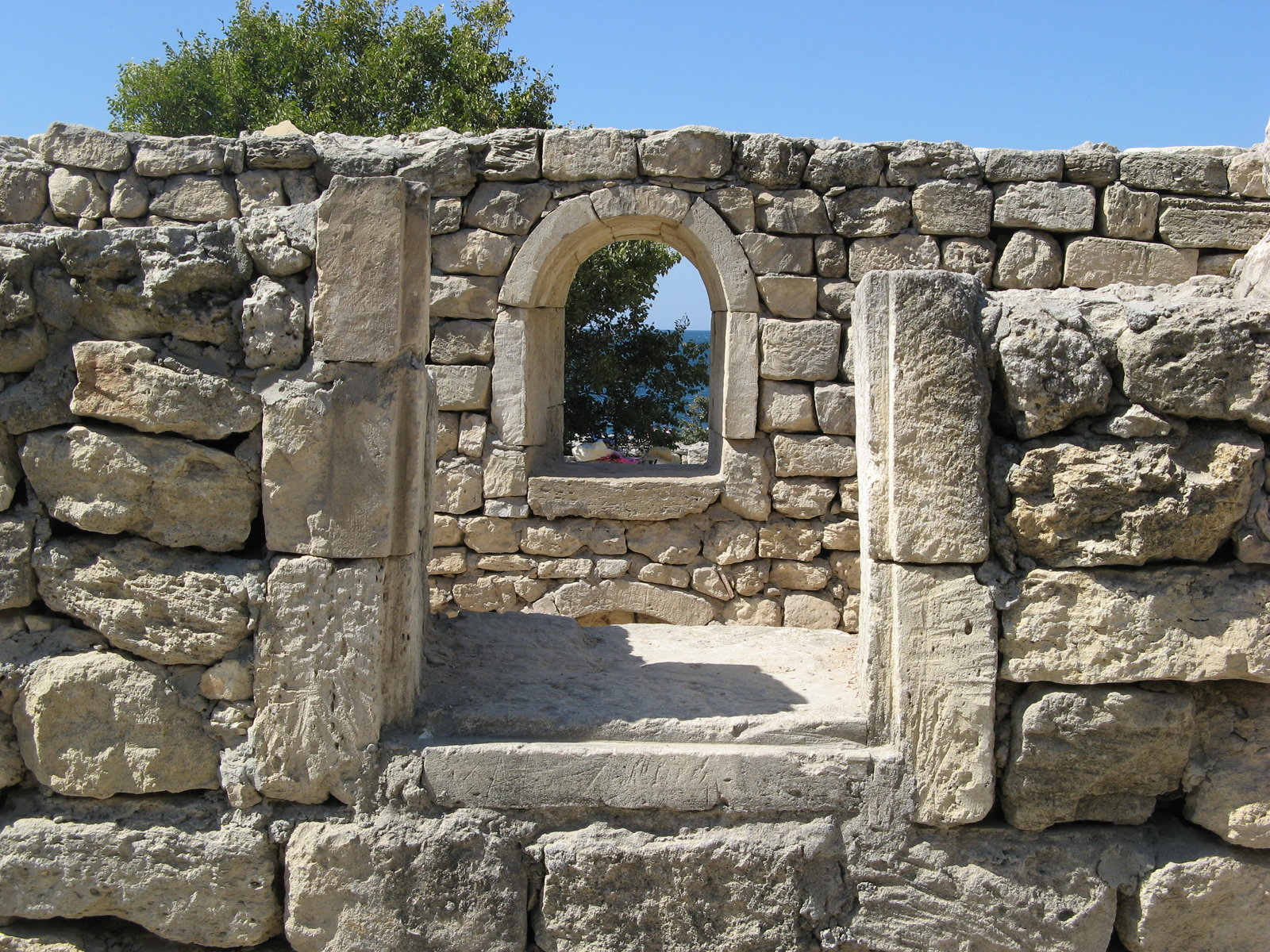 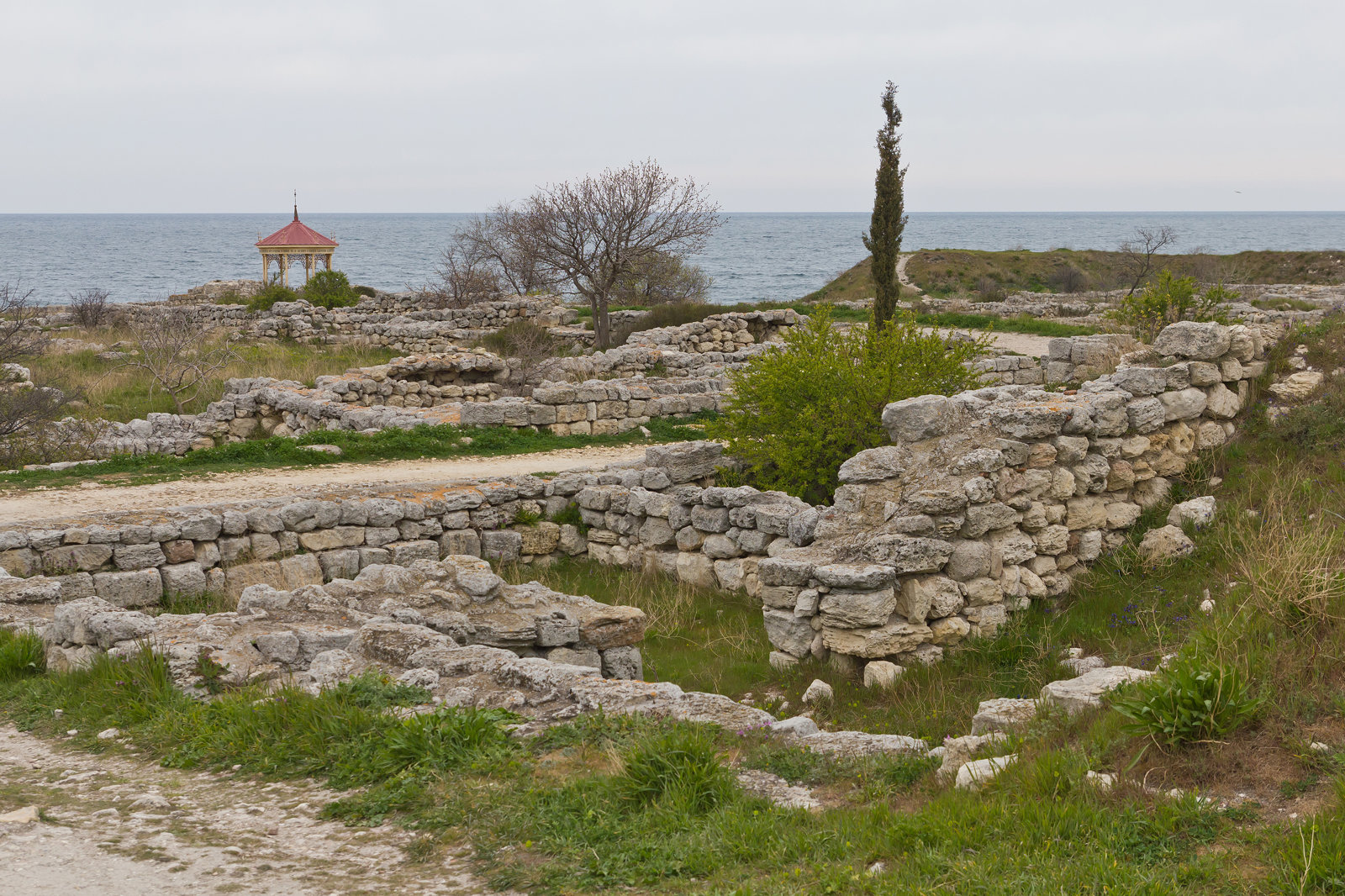 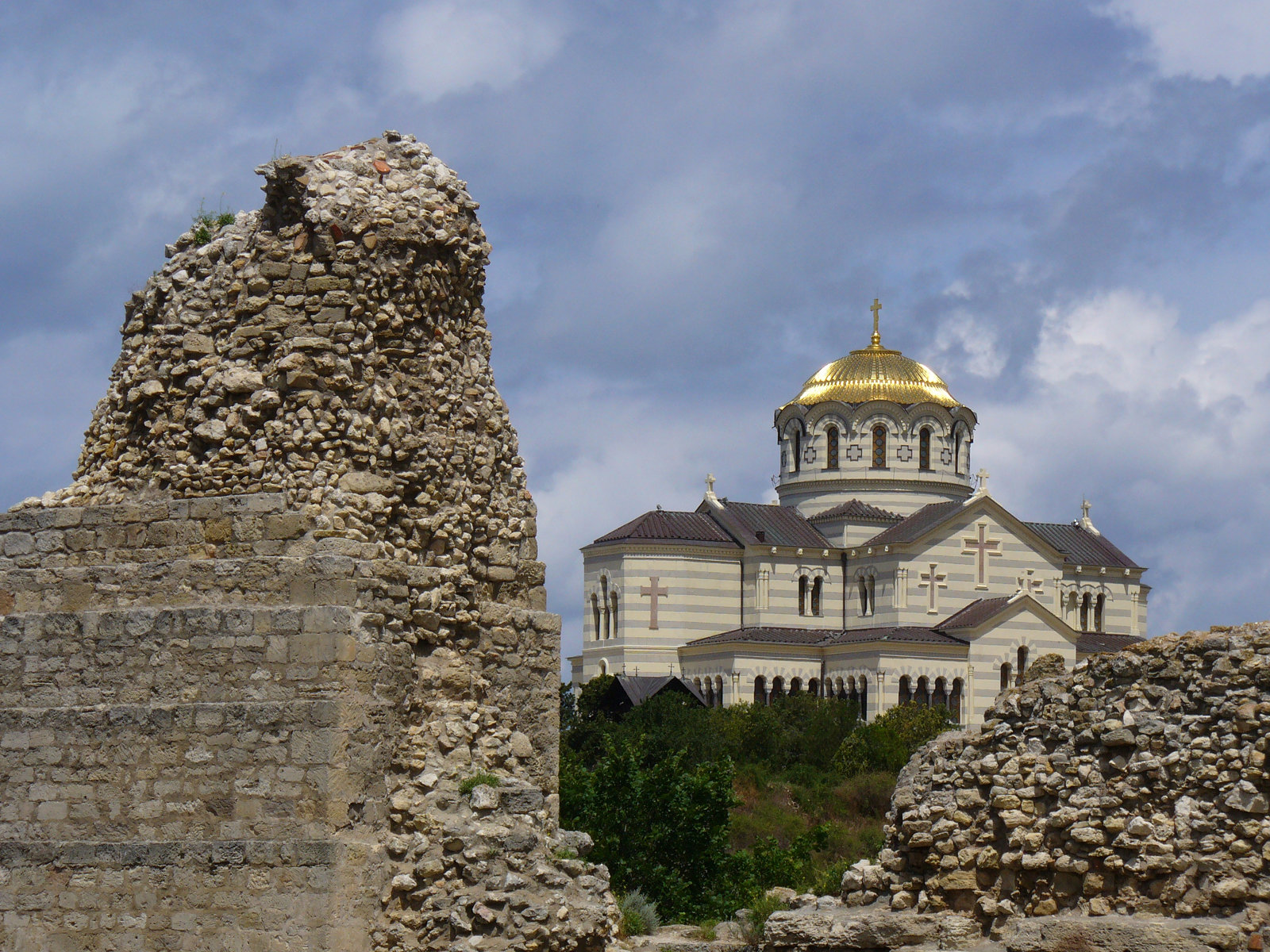 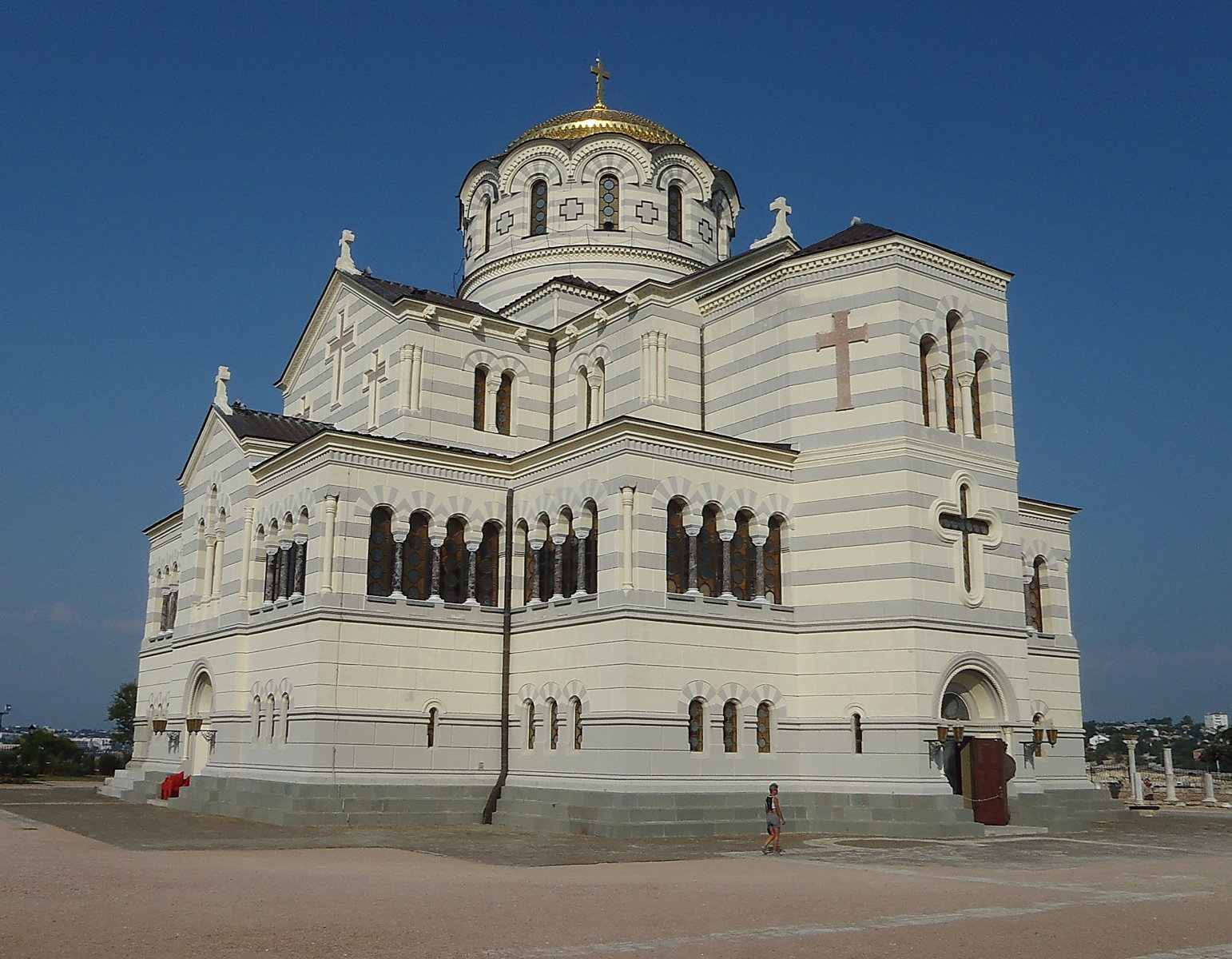 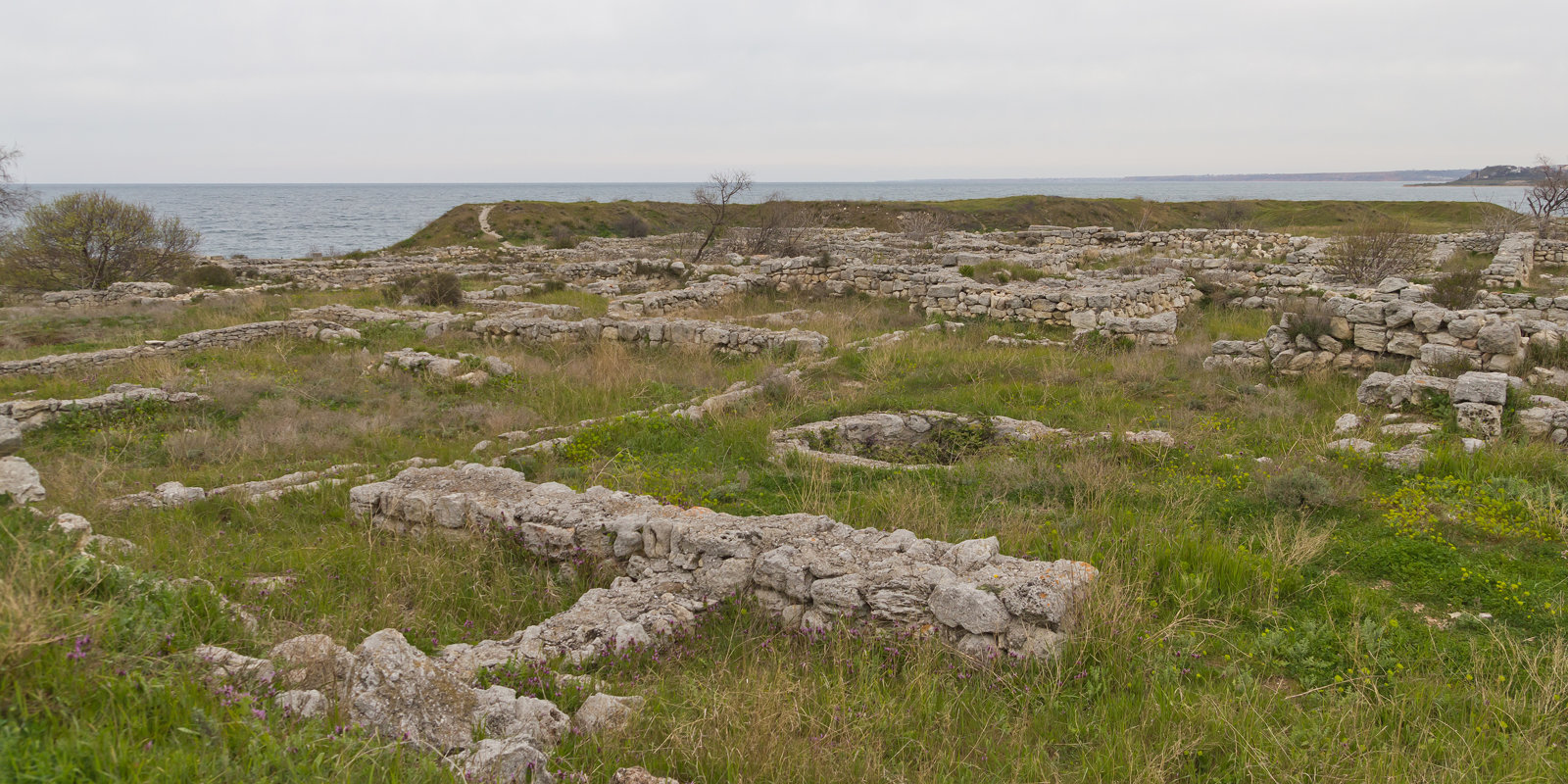 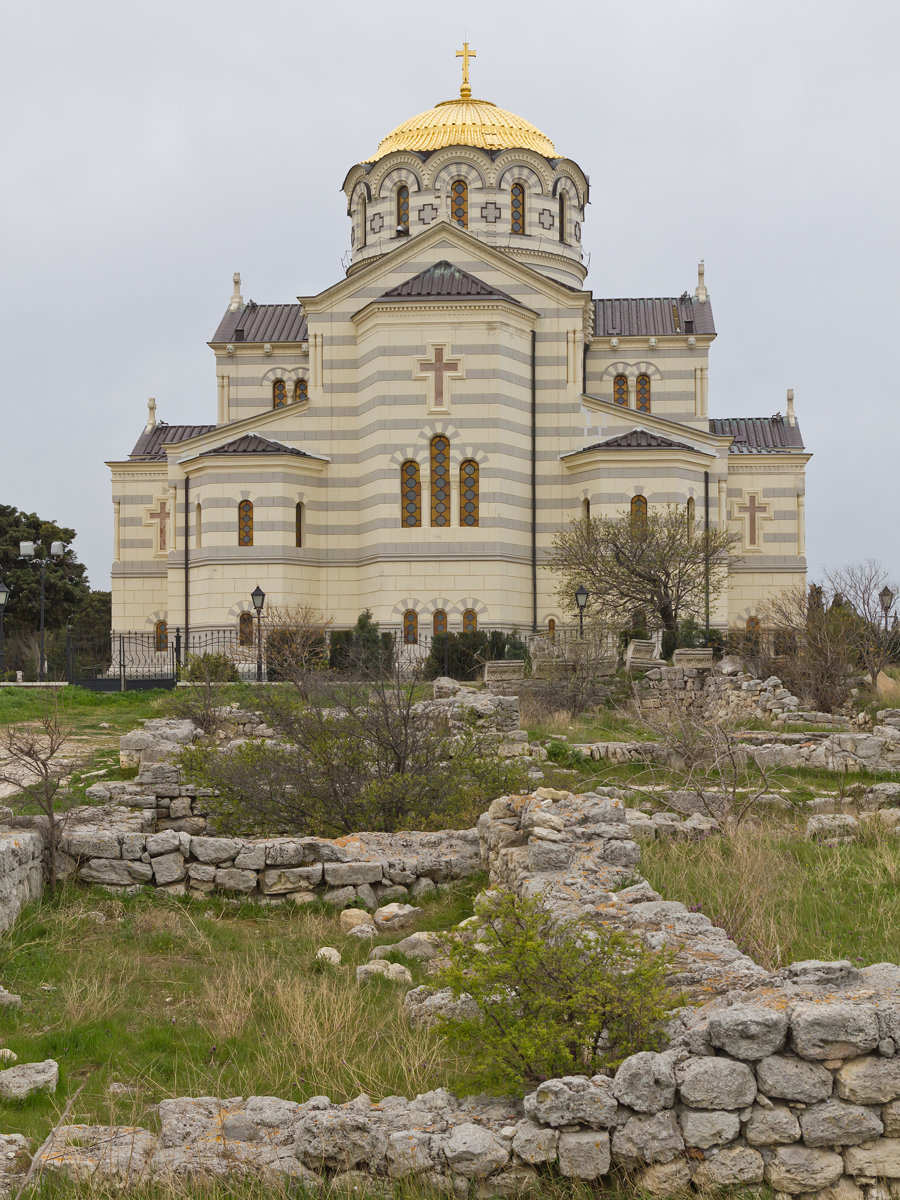 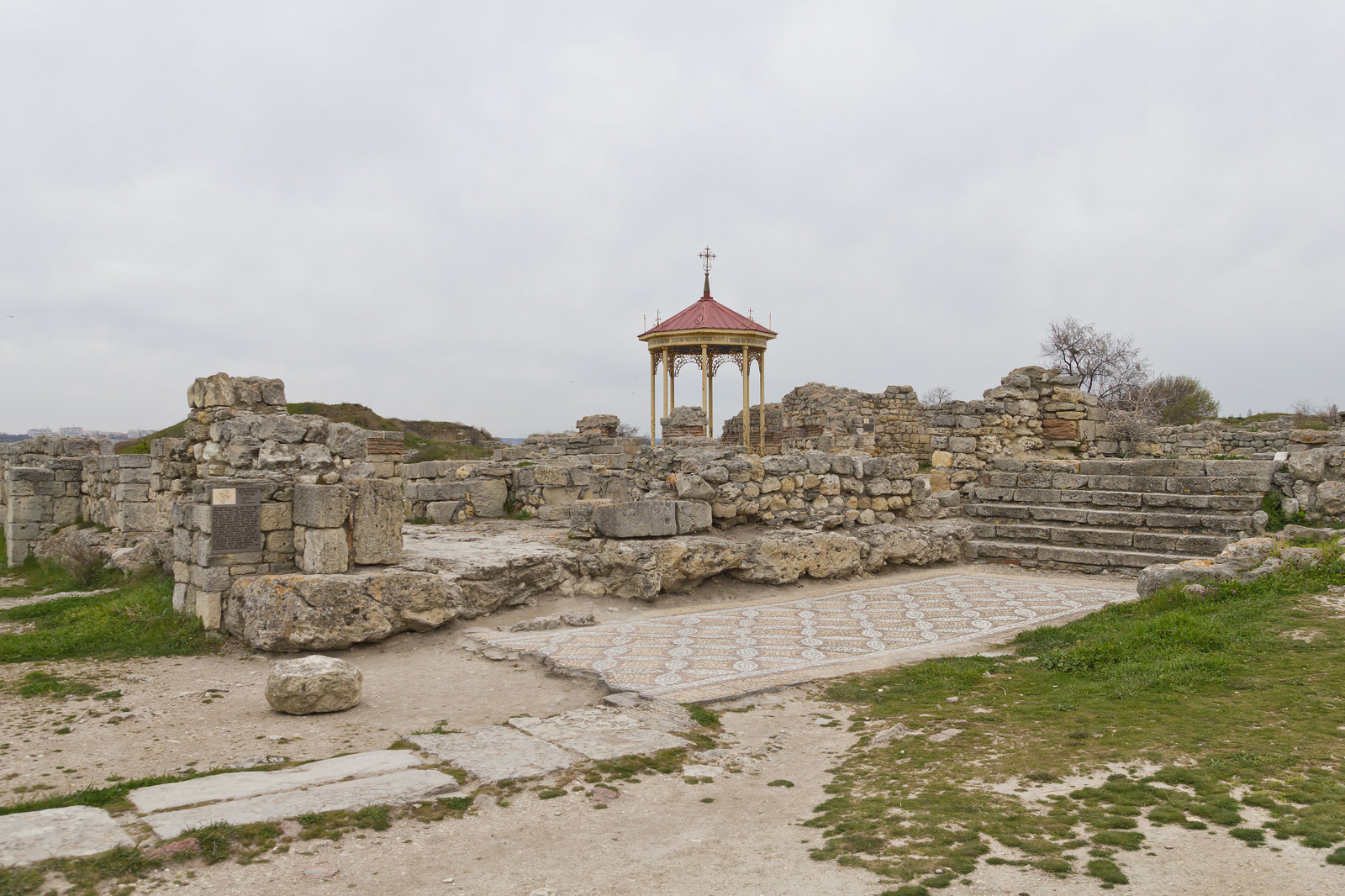 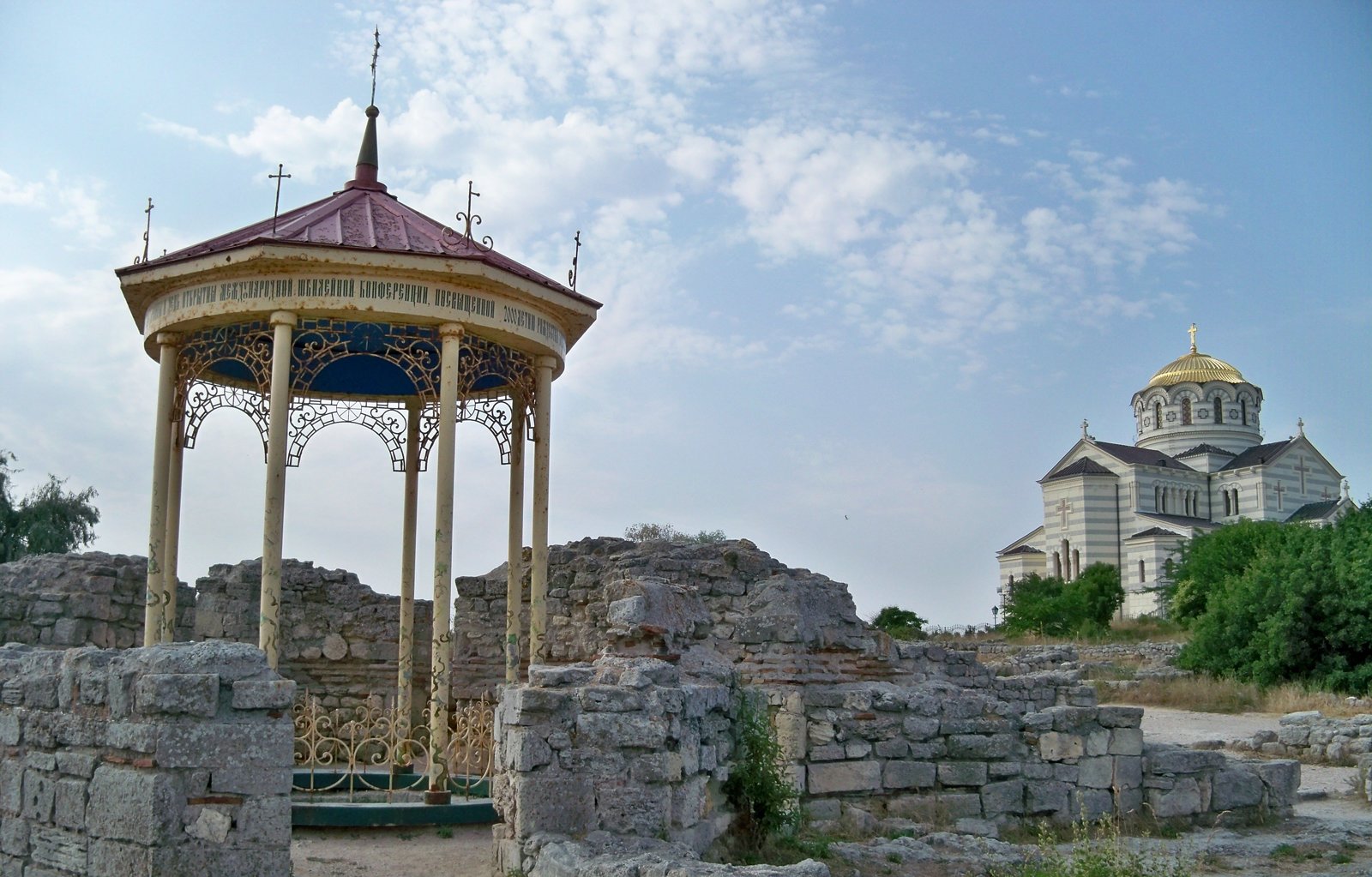 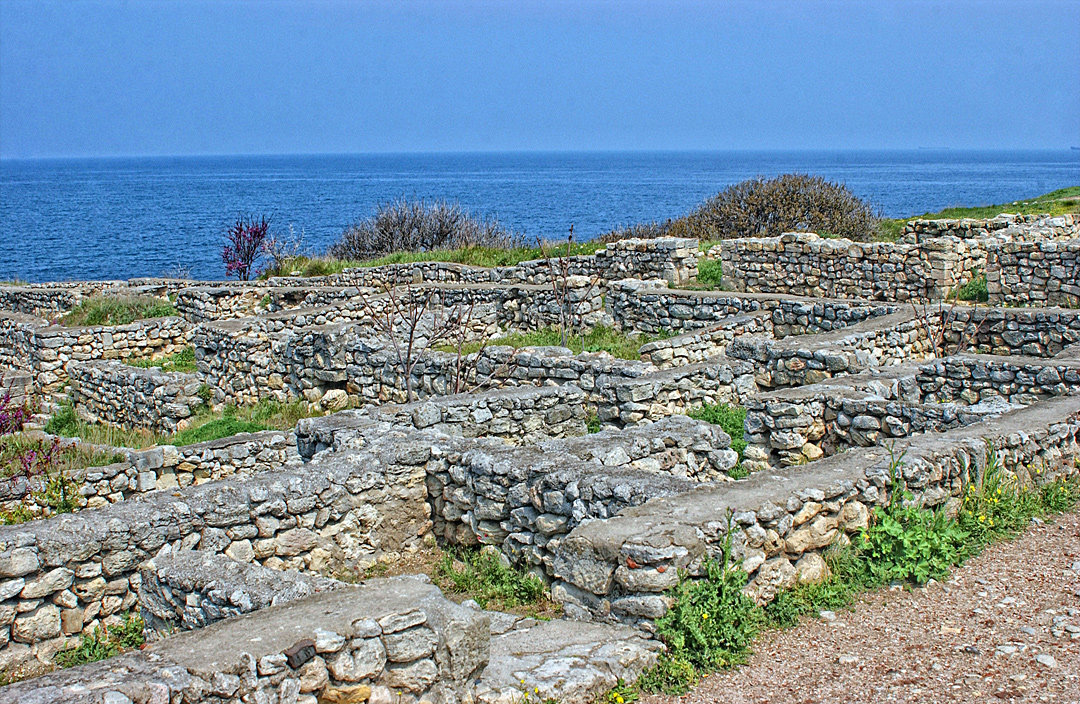 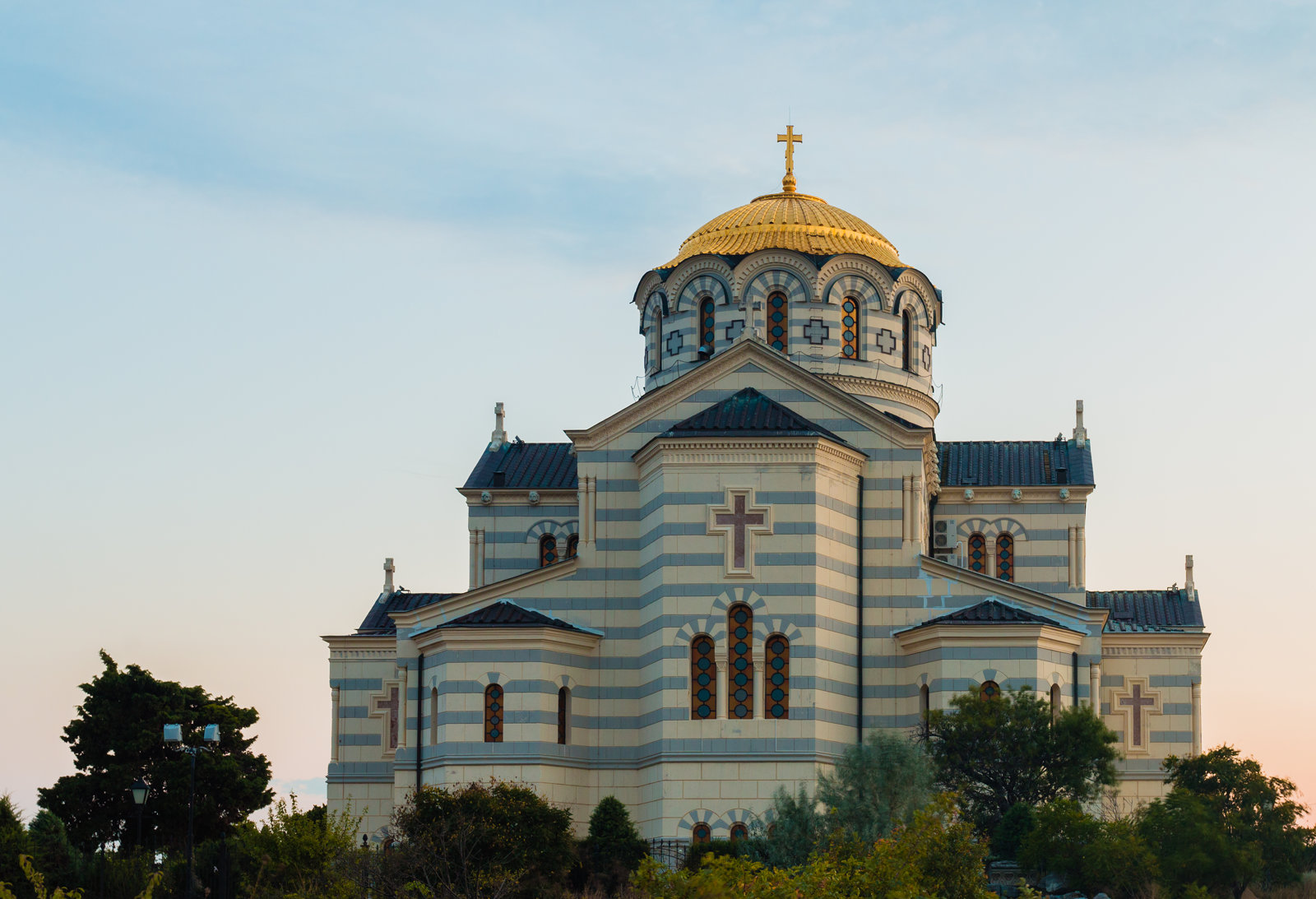 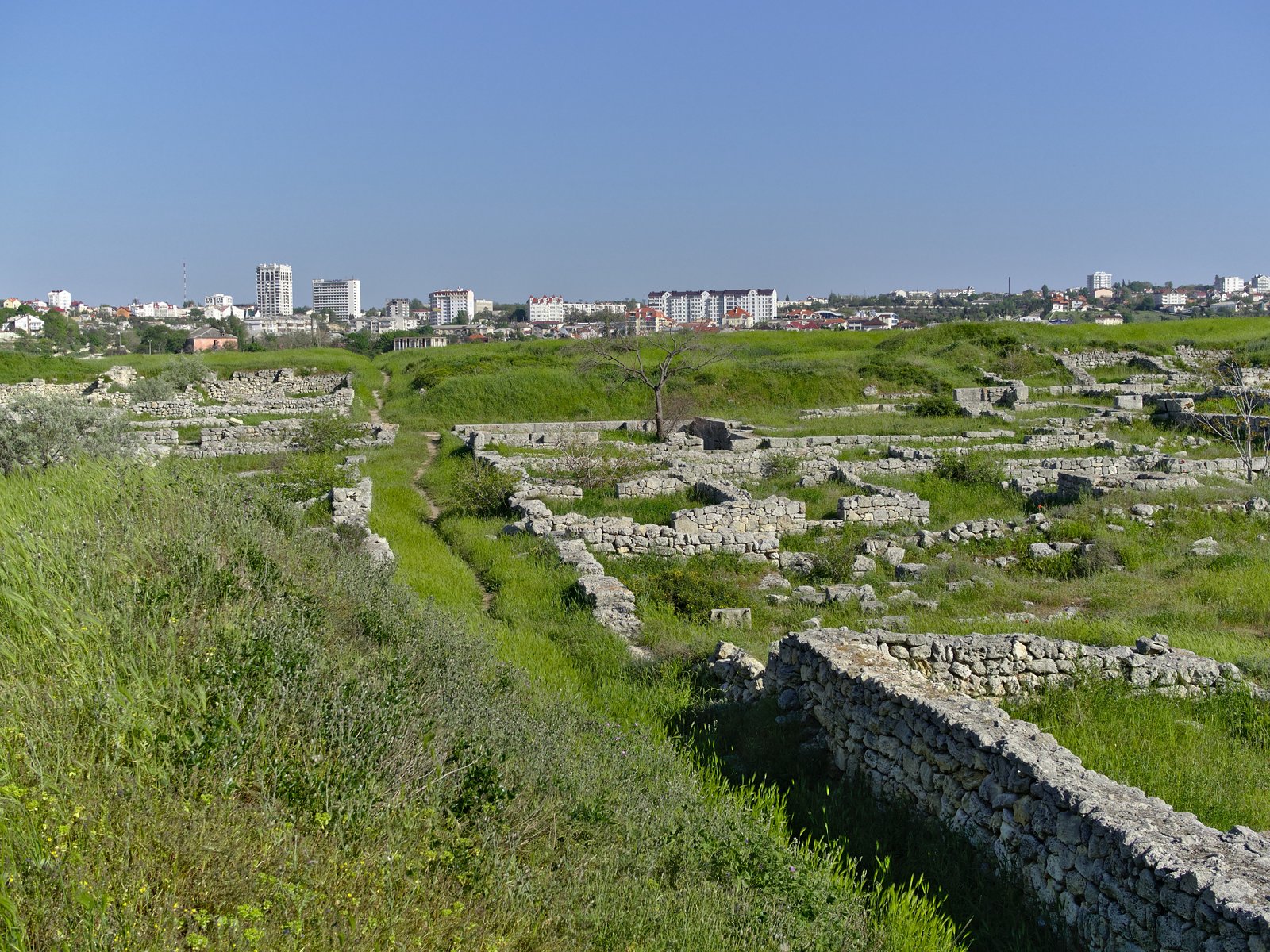 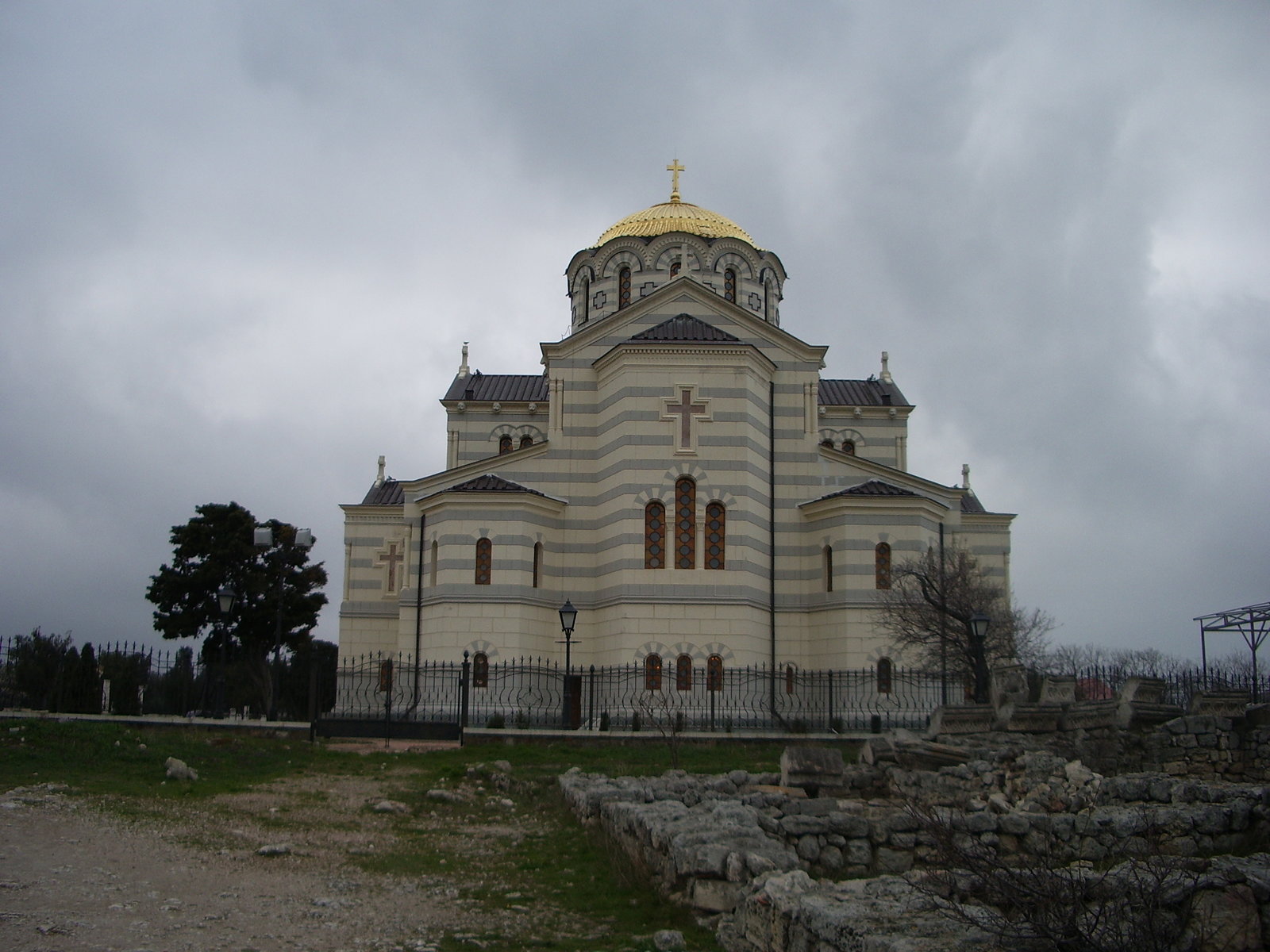 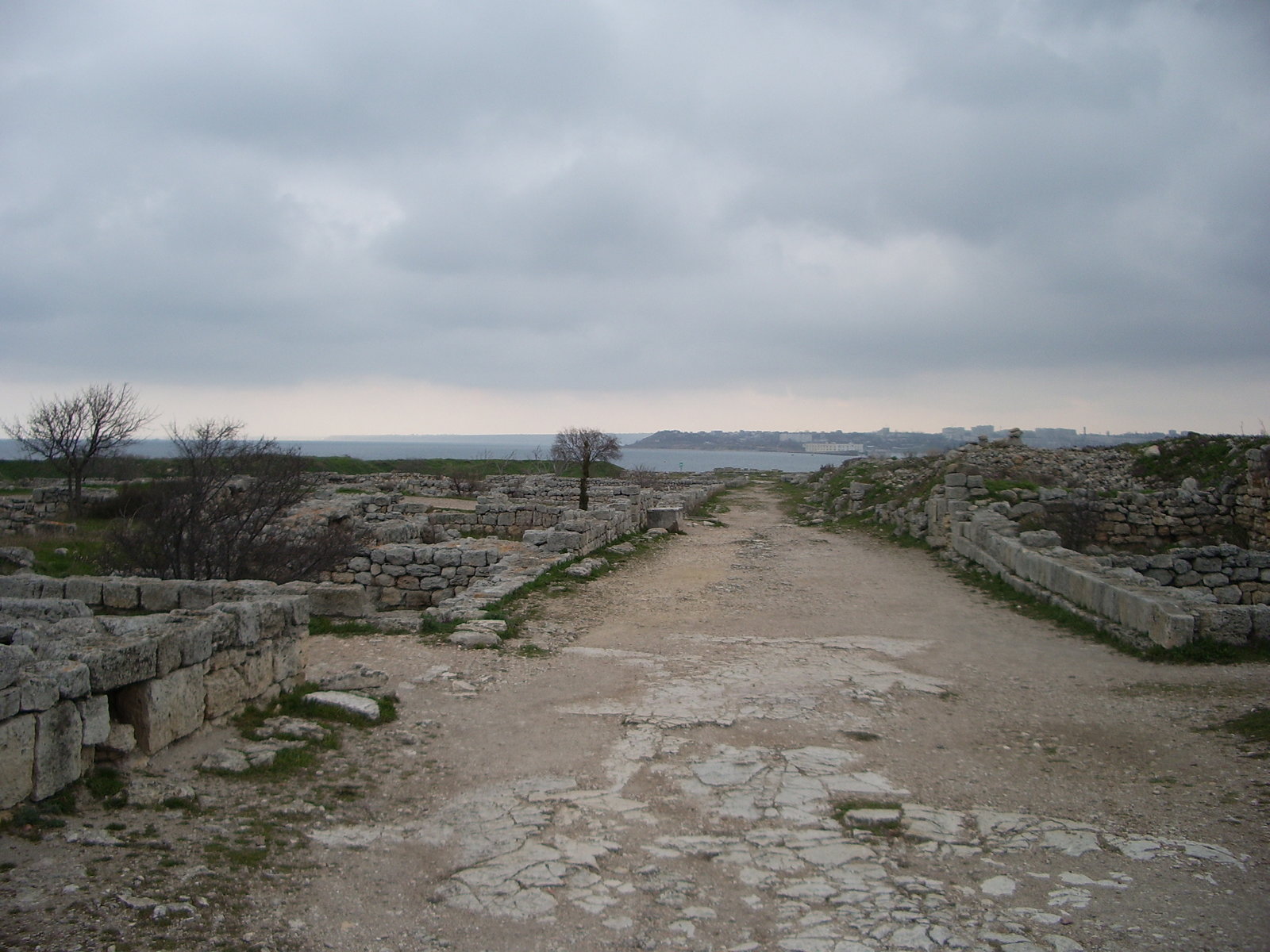 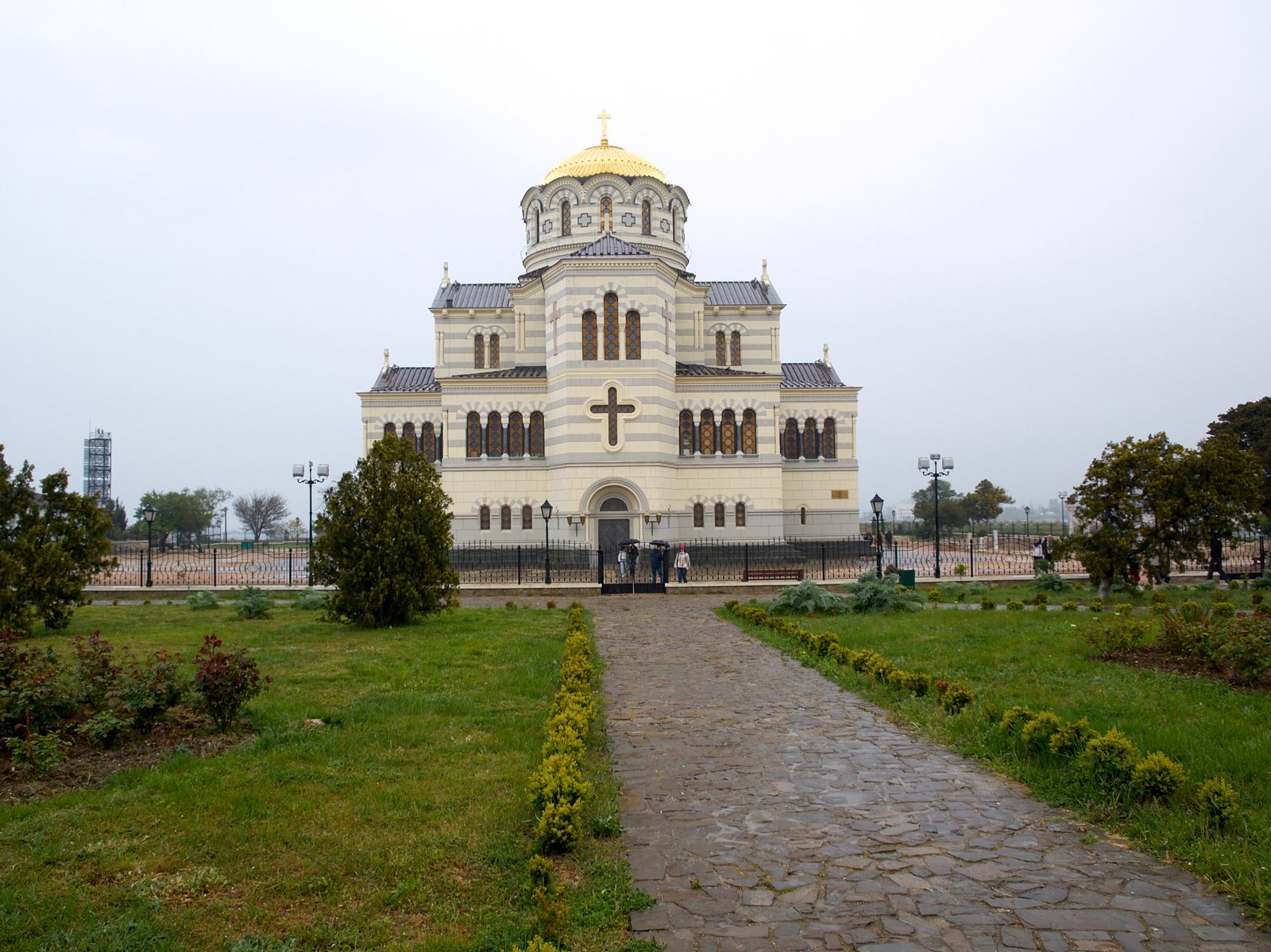 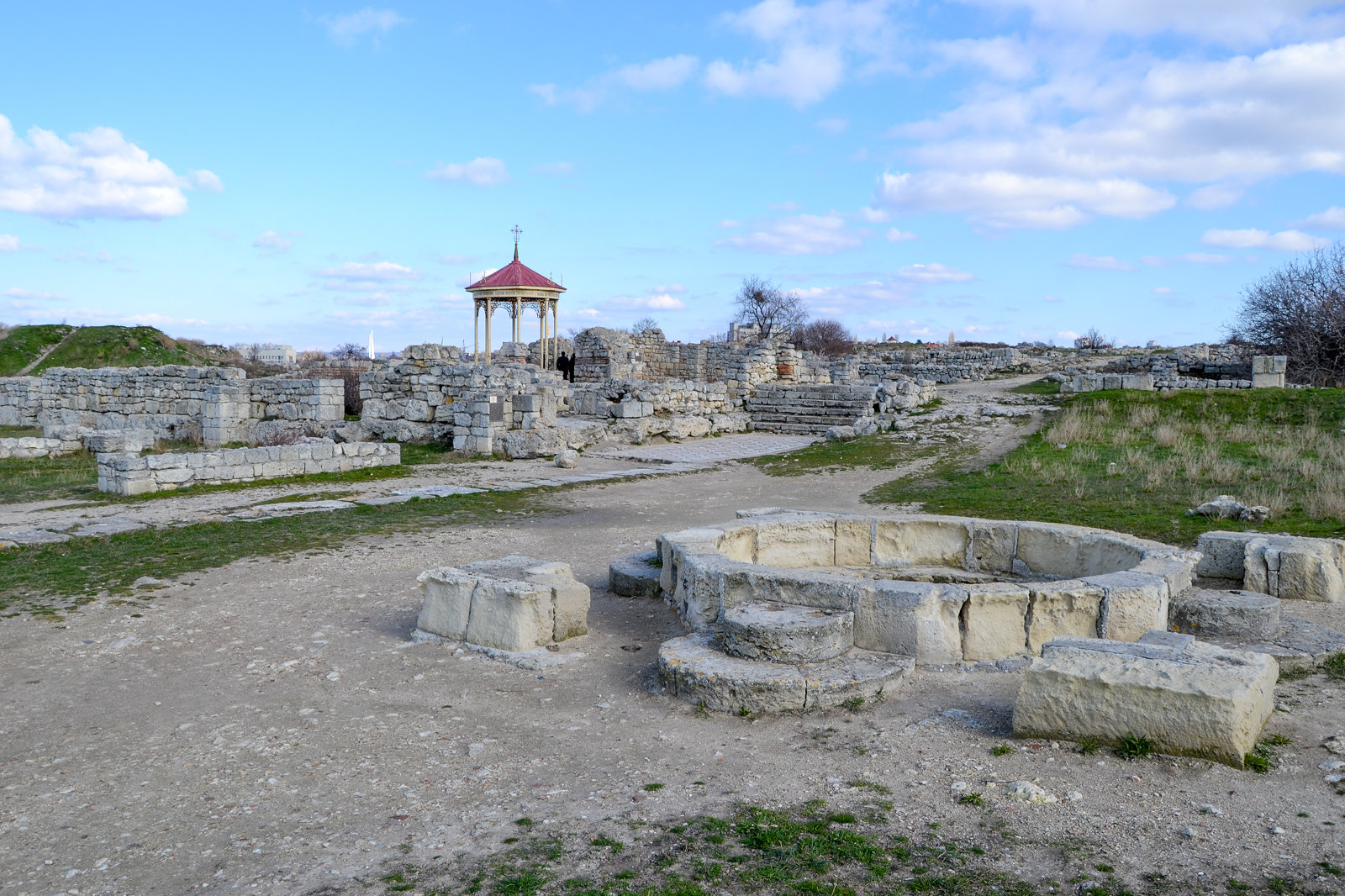 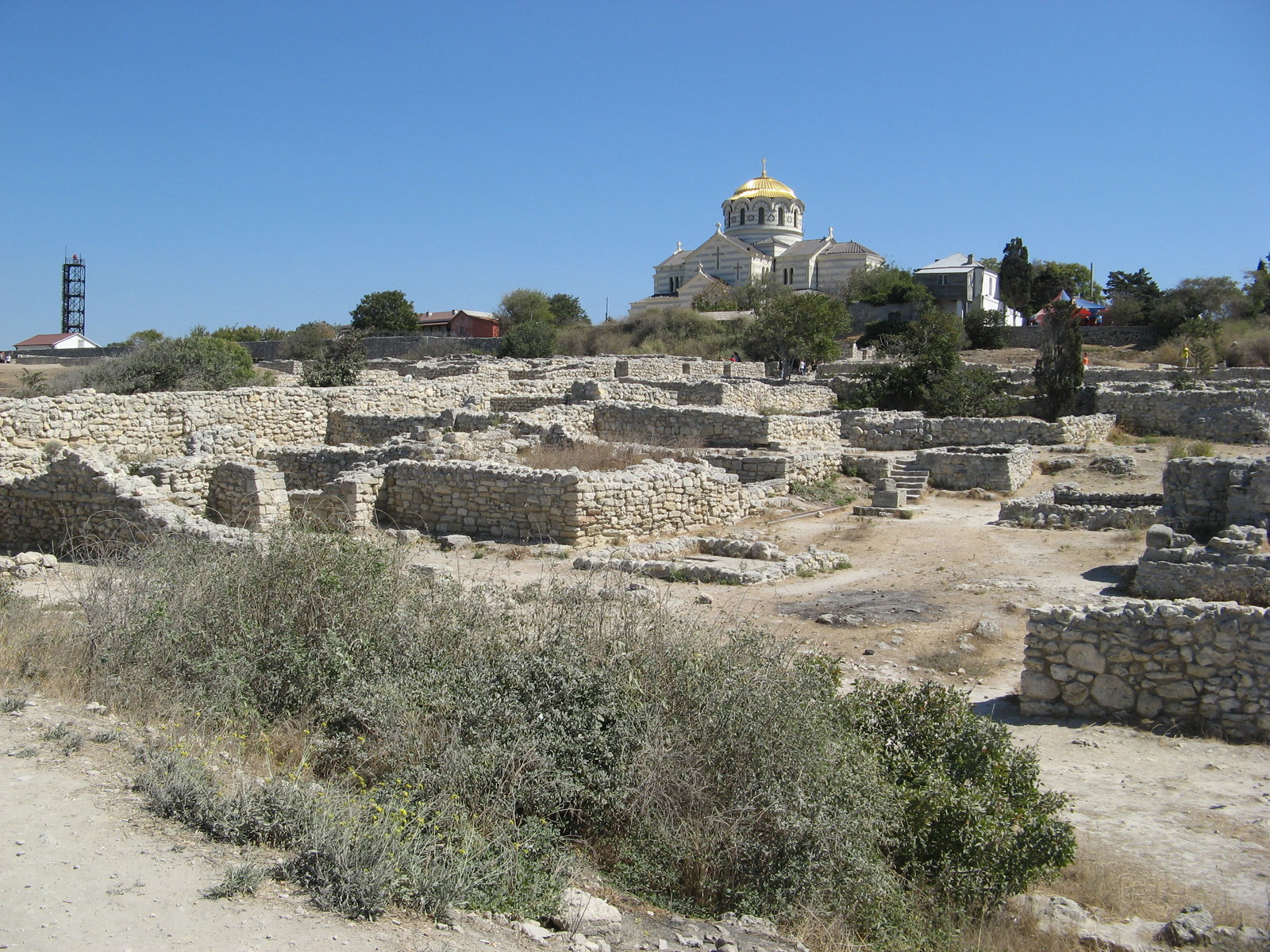 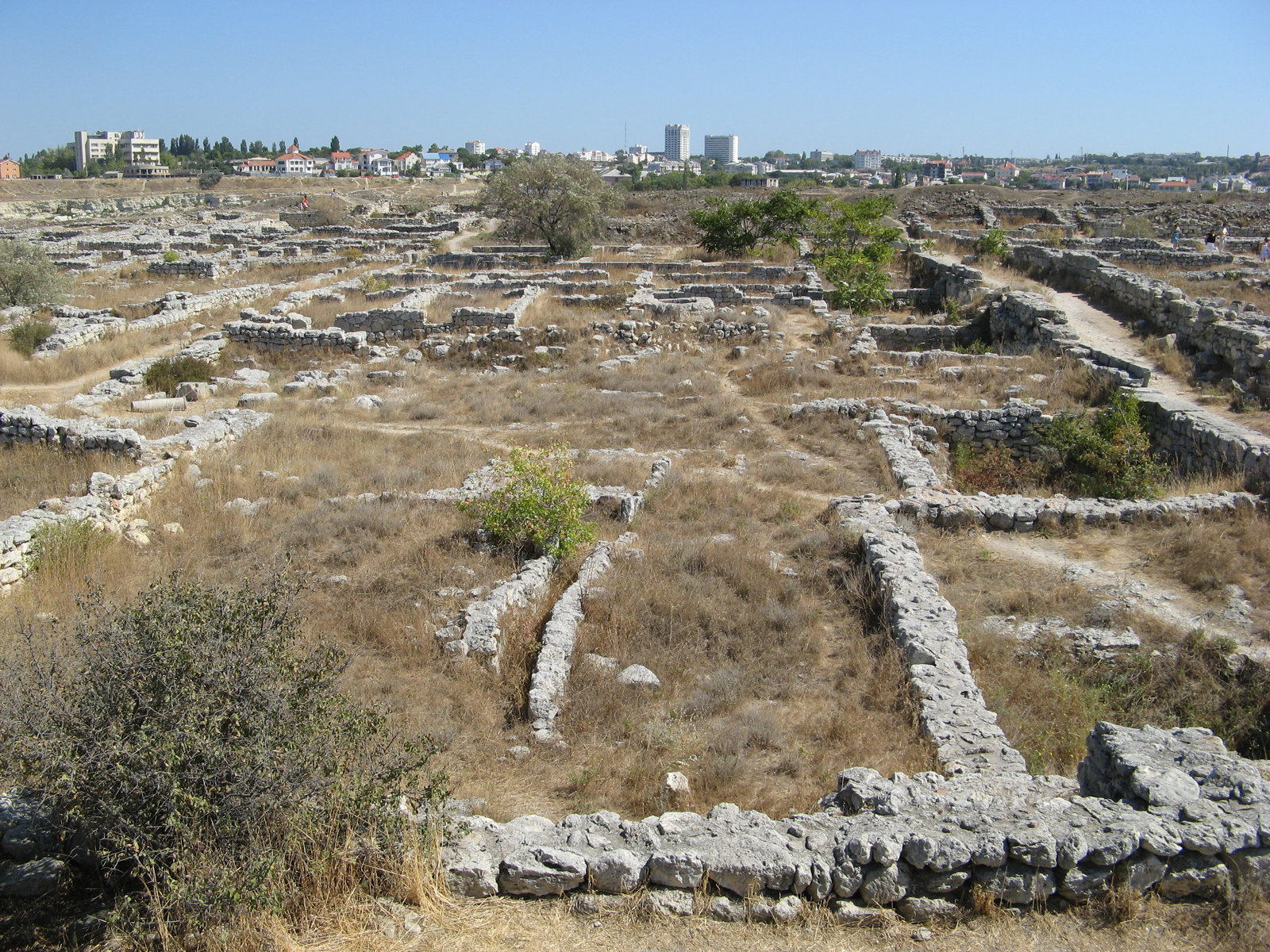 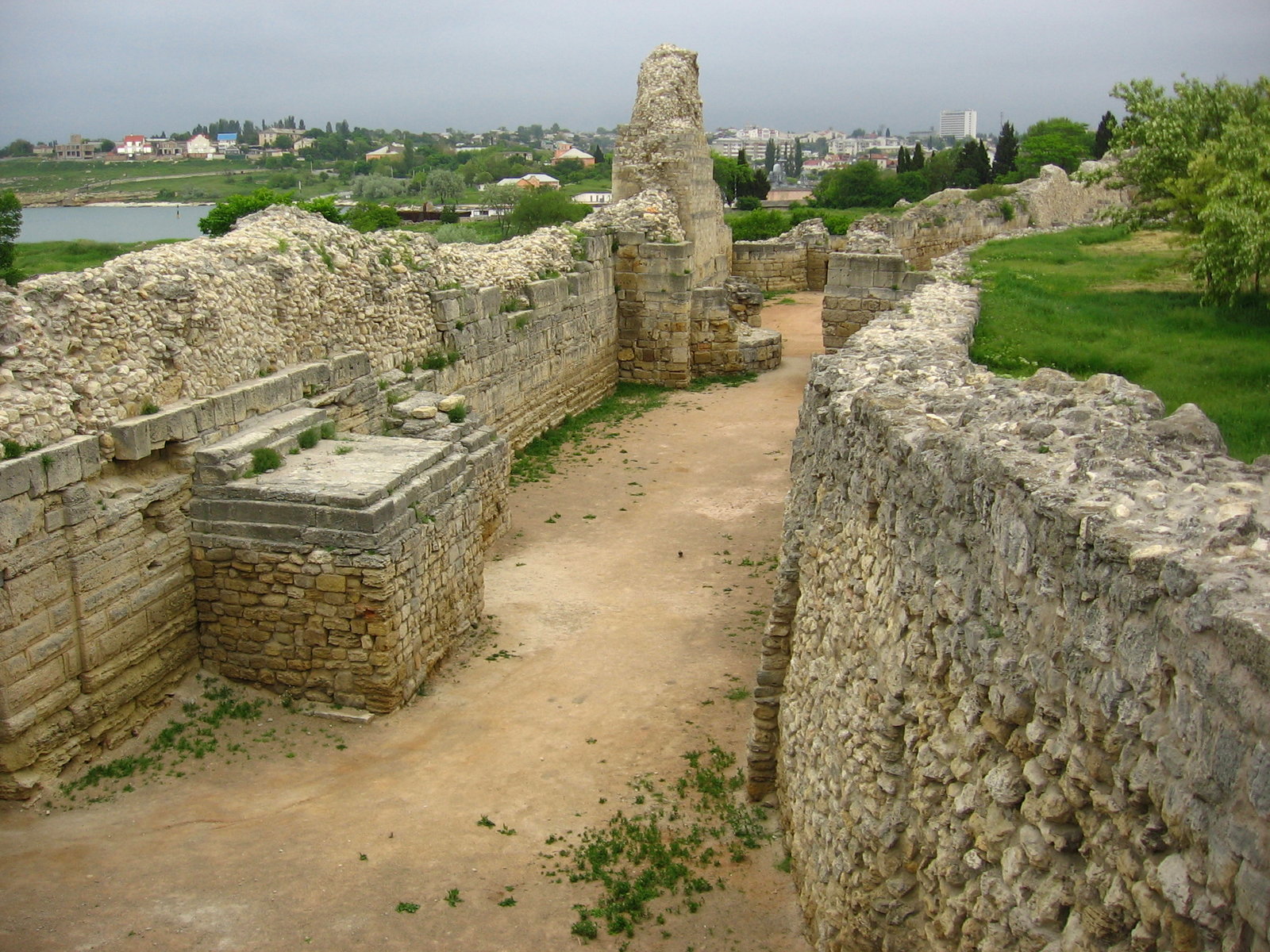 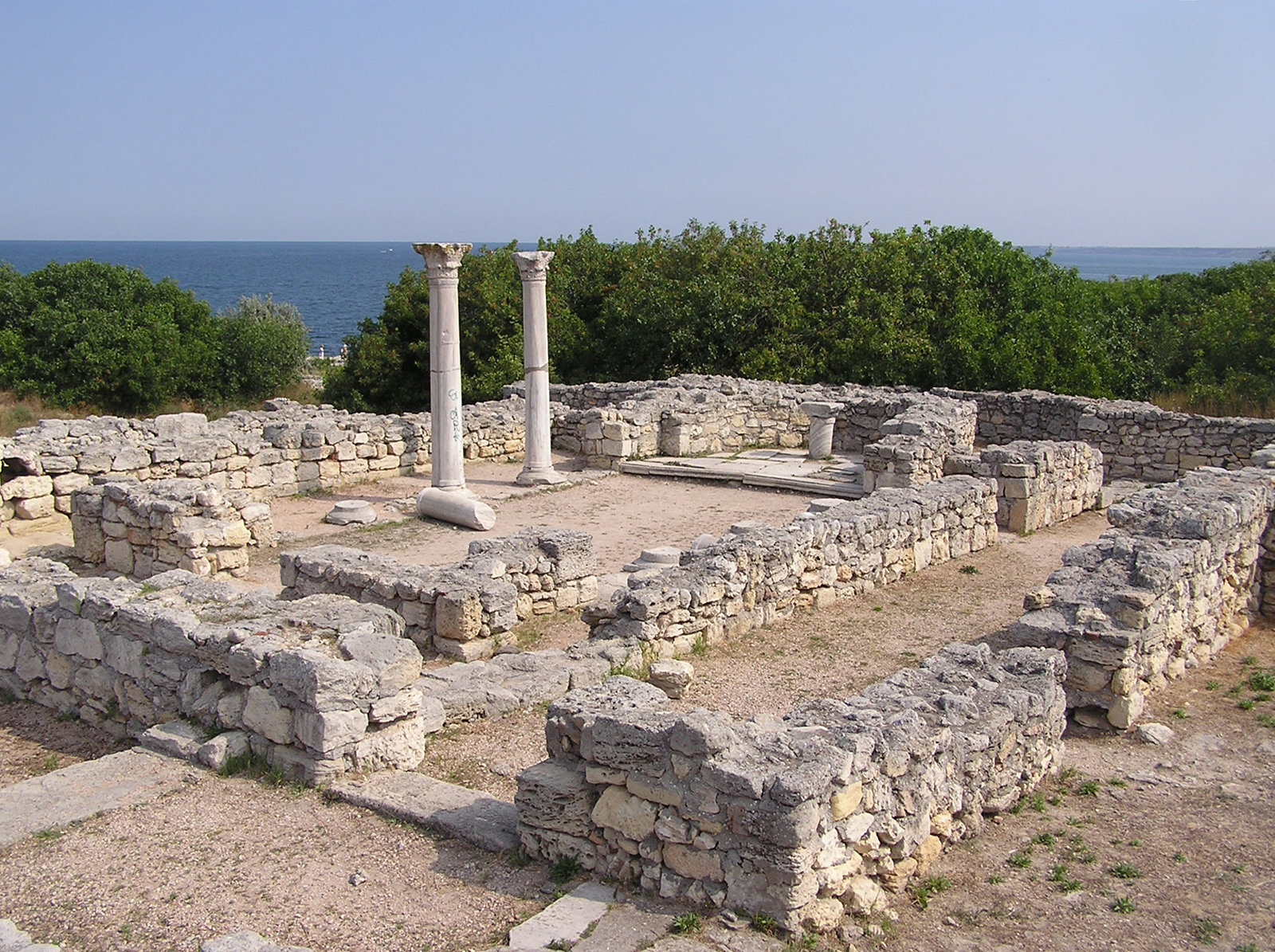