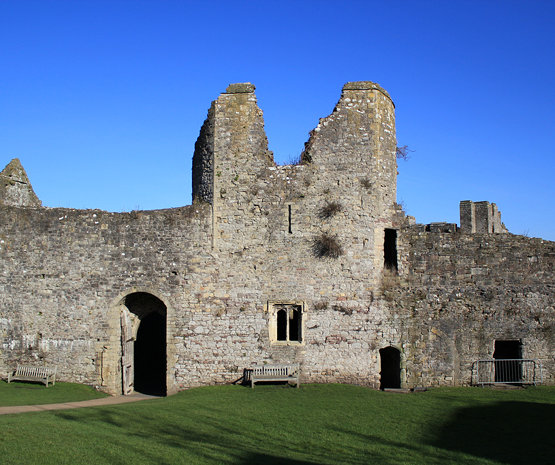 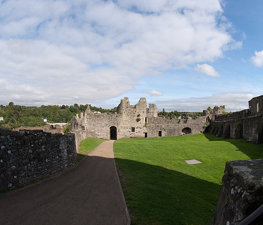 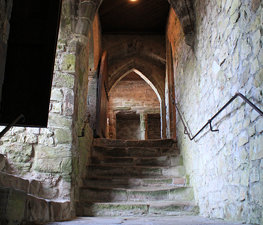 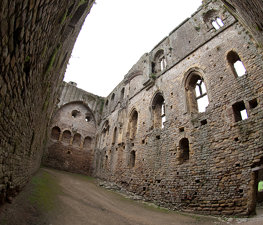 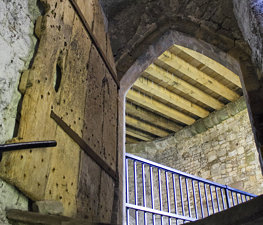 Chepstow Castle (Cymraeg. Cas-gwent), located in Chepstow, Monmouthshire in Wales, on top of cliffs overlooking the River Wye, is the oldest surviving stone fortification in Britain. It was built under the instruction of the Norman Lord William fitzOsbern, soon made Earl of Hereford, from 1067, and was the southernmost of a chain of castles built along the English-Welsh border in the Welsh Marches.

Building of the castle

The speed with which William the Conqueror committed to the creation of a castle at Chepstow is testament to its strategic importance. There is no evidence for a settlement there of any size before the Norman invasion of Wales. However, it was an important crossing point on the River Wye, a major artery of communications inland to Monmouth and Hereford. At the time, the Welsh kingdoms in the area were independent of the English Crown and the castle in Chepstow would also have helped suppress the Welsh from attacking Gloucestershire along the Severn shore towards Gloucester. However, recent analysis suggests that the rulers of Gwent, who had recently fought against King Harold, mail]], derived from the Welsh word ystraigl meaning "river bend". FitzOsbern also founded a priory nearby, and the associated market town and port of Chepstow developed over the next few centuries. The castle and the associated Marcher lordship were generally known as Striguil until the late 14th century, and as Chepstow thereafter.

Further fortifications were added by William Marshal, Earl of Pembroke, starting in the 1190s. The wood in the doors of the gatehouse has been dated by dendrochronology to the period 1159-89. Marshal extended and modernised the castle, drawing on his knowledge of warfare gained in France and the Crusades. He built a new gatehouse, strengthened the defences of the Middle Bailey with round towers, and, before his death in 1219, may also have rebuilt the Upper Bailey defences. Further work to expand the Great Tower was undertaken for William Marshal's sons William, Richard, Gilbert and Walter, in the period to 1245.

In 1270, the castle was inherited by Roger Bigod, 5th Earl of Norfolk. He constructed a new range of buildings in the Lower Bailey, as accommodation for himself and his family. Bigod was also responsible for building Chepstow's town wall, the "Port Wall", around 1274-78. The castle was visited by King Edward I in 1284, at the end of his triumphal tour through Wales. Soon afterwards, Bigod had built a new tower (later known as "Marten's Tower"), which now dominates the landward approach to the castle, and also remodelled the Great Tower.

From the 14th century, and in particular the end of the wars between England and Wales in the early 15th century, its defensive importance declined. In 1312 it passed into the control of Thomas de Brotherton, Earl of Norfolk, and later his daughter Margaret. It was garrisoned in response to the rebellion of Owain Glyndwr in 1403 with twenty men-at-arms and sixty archers but its great size, limited strategic importance, geographical location and the size of its garrison all probably contributed to Glyndwr's forces avoiding attacking it, although they did successfully attack Newport Castle.

In 1468, the castle was part of the estates granted by the Earl of Norfolk to William Herbert, Earl of Pembroke in exchange for lands in the east of England. In 1508, it passed to Sir Charles Somerset, later the Earl of Worcester, who remodelled the buildings extensively as private accommodation. From the 16th century, after the abolition of the Marcher lords' autonomous powers by King Henry VIII through the Laws in Wales Acts of 1535 and 1542, and Chepstow's incorporation as part of the new county of Monmouthshire, the castle became more designed for occupation as a great house.

The Civil War and its aftermath

The castle saw action again during the English Civil War, when it was in the front line between Royalist Monmouthshire and Parliamentarian Gloucestershire. It was held by the Royalists and besieged in both 1645 and in 1648, eventually falling to the Parliamentarian forces on 25 May 1648.

After the war, the castle was garrisoned and maintained as an artillery fort and barracks. It was also used as a political prison. Its occupants included Bishop Jeremy Taylor, and - after the Restoration of the monarchy - Henry Marten, one of the Commissioners who signed the death warrant of Charles I, who was imprisoned here before his own death in 1680.

Decay of the building, and the start of tourism

In 1682, the castle came into the ownership of the Duke of Beaufort. The garrison was disbanded in 1685, and the buildings were partly dismantled, leased to tenants and left to decay. Various parts of the castle were used as a farmyard and a glass factory. By the late 18th century, its ruins became, with other sites in the Wye valley, a "Picturesque" feature on the "Wye tour", pleasure boat trips down the river from Ross-on-Wye via Monmouth. The first guide book to the castle and town was written by Charles Heath and published in 1793.

The 19th and 20th centuries

By the 1840s, tourism was continuing to grow, particularly with day trips on steam ships from Bristol. At the same time, the courtyard of the castle began to be used for local horticultural shows, fêtes, and, increasingly from the 1880s, historical pageants sanctioned by the Duke of Beaufort. Although he tried to sell the castle in 1899, no buyer could be found.

In 1910/11, the castle and adjoining river bed were the site of well-publicised excavations by Dr. Orville Ward Owen, who was attempting to find secret documents to prove that Shakespeare's plays had in fact been written by Francis Bacon. In 1913, the movie "Ivanhoe", starring King Baggot, was made in the grounds. The following year, the castle was bought by businessman William Royse Lysaght, of Tutshill, and conservation work began.

In 1953, the Lysaght family put the castle into the care of the Ministry of Works. In 1977 Terry Gilliam shot some of his film adaptation of Lewis Carroll's "Jabberwocky" at the castle.

Chepstow Castle is open to the public, and since 1984 has been in the care of Cadw, the Welsh government body with the responsibility for protecting, conserving and promoting the built heritage of Wales.

Taylor Moll
Lovely to wander and close by to village amenities for meals and drinks. Beautiful walk around castle as well. Be sure to have change for the parking machines!

Carl Griffin
Beautiful and indomitable fortress perched on cliffs over the river border between England & Wales. Excellent place to explore.

Ken Protheroe
Home sweet home Bruce and as the Norman's found it both wet and cold.

Copper Phoenix
Make sure you climb all the towers and explore the cellar too.

Ian Macklin
Summer plays now have a cover over the audience.

The Priory and Parish Church of St. Mary is located in Chepstow,

America's Stonehenge is an archaeological site consisting of a number 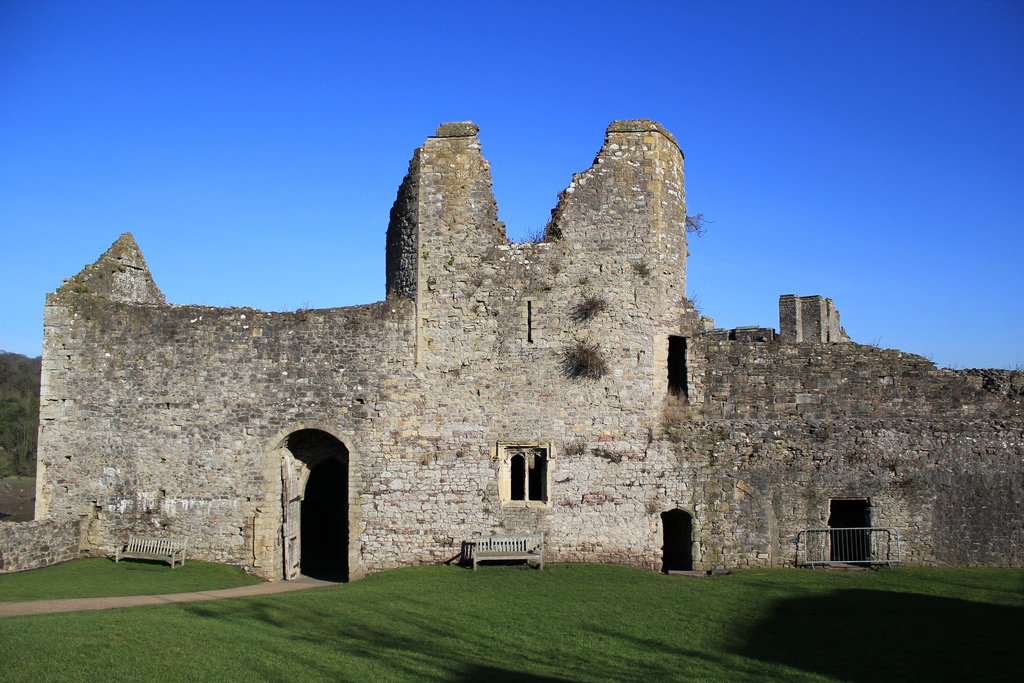 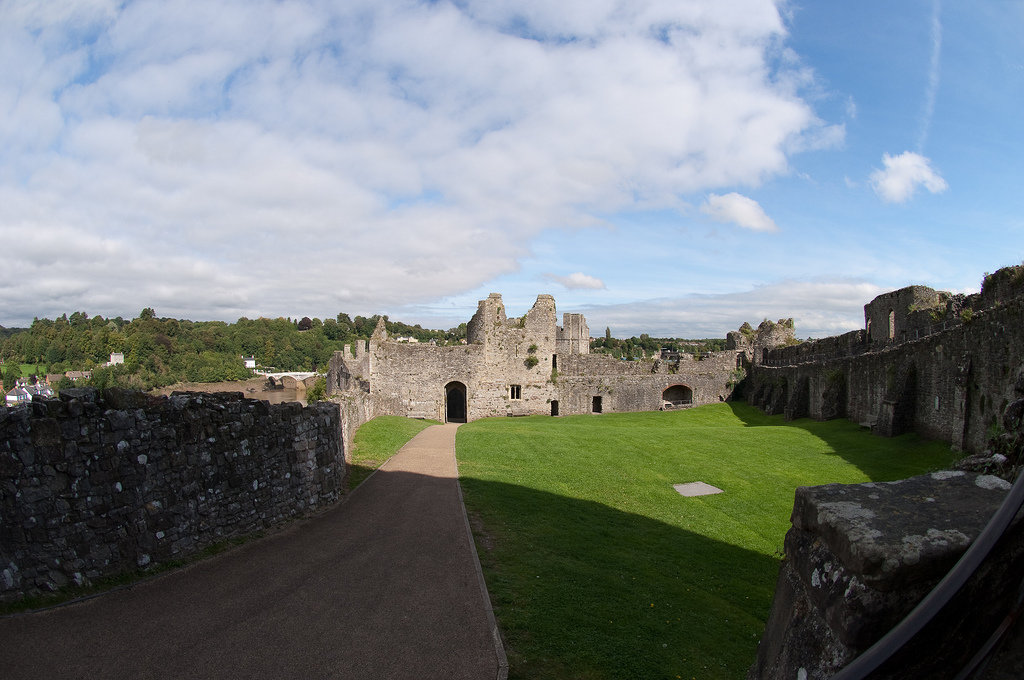 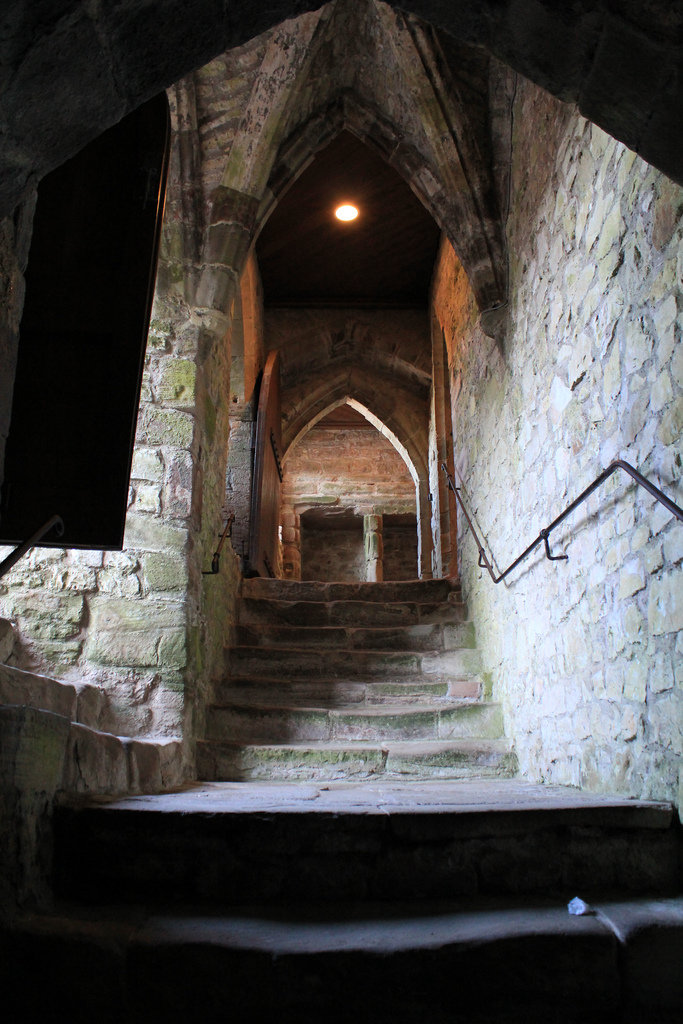 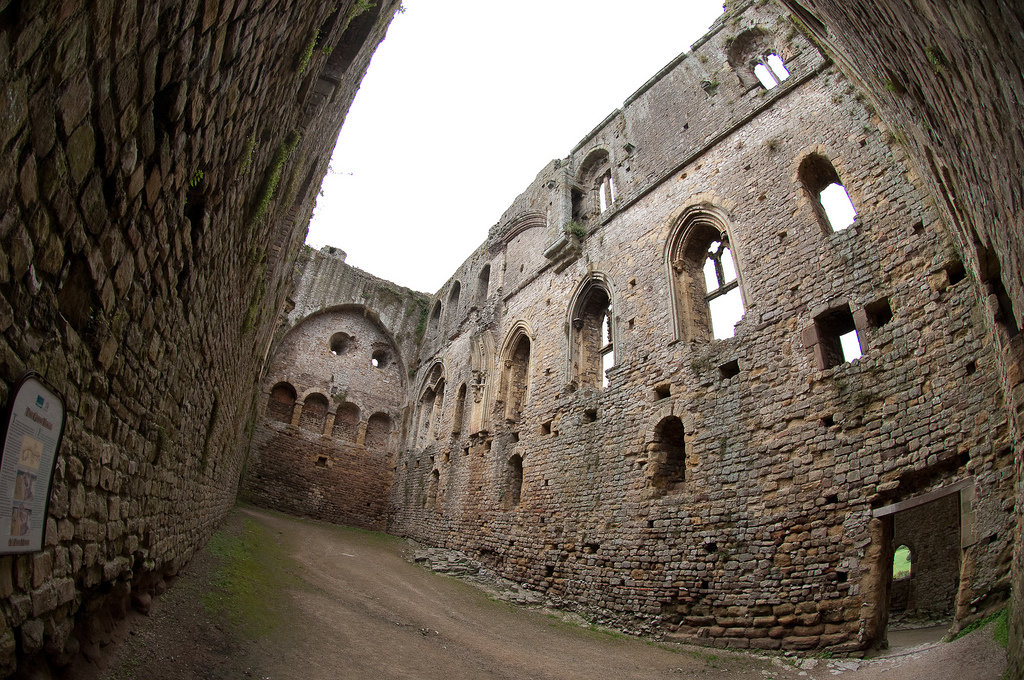 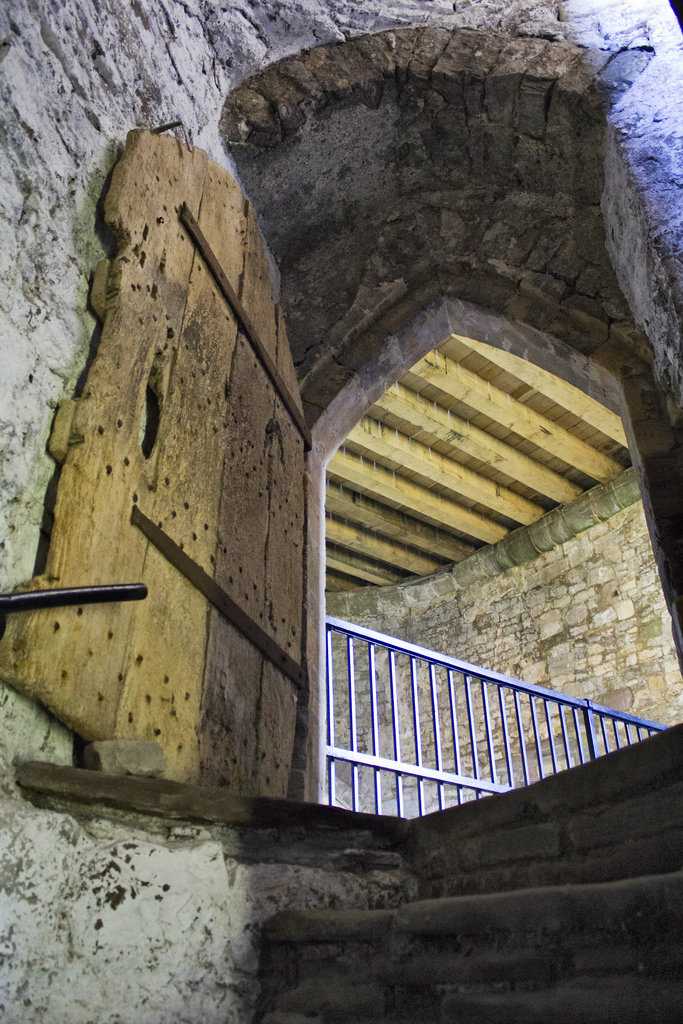