×
What are you looking for?
See all results
Castles in Vineuil 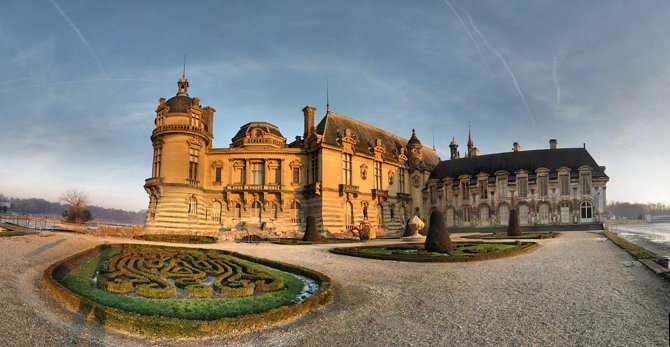 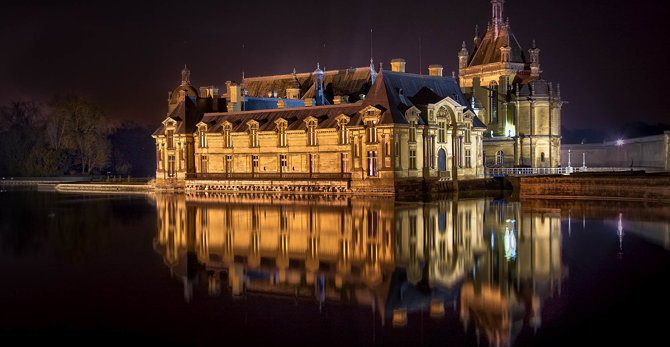 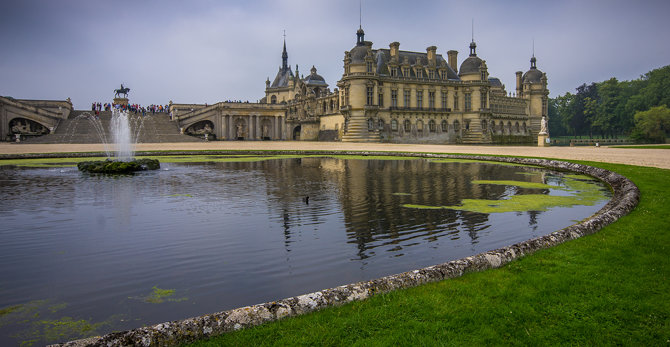 The Château de Chantilly is a historic château located in the town of Chantilly, France. It comprises two attached buildings; the Grand Château, destroyed during the French Revolution and rebuilt in the 1870s, and the Petit Château which was built around 1560 for Anne de Montmorency. It is owned by the Institut de France, and is open to the public.

The estate began in 1484 when Chantilly came into the possession of the Montmorency family. The first mansion (no longer extant, now replaced by the Grand Château) was built in 1528–1531 for the Constable Anne de Montmorency by Pierre Chambiges. The Petit Château was also built for him, around 1560, and probably by Jean Bullant. In 1632, after the death of Henri II, it passed to the Grand Condé who inherited it through his mother, a Montmorency.

Several interesting pieces of history are associated with the Château during the 1600s. Molière's play, Les Précieuses ridicules, received its first performance here in 1659. Madame de Sévigné relates in her memoirs that when Louis XIV visited in 1671, François Vatel, the maître d'hôtel to the Grand Condé, committed suicide when he feared the fish would be served late.

The original mansion was destroyed in the French Revolution. It was repaired in a modest way by the last Condé, but then entirely rebuilt in 1875–1881 by Henri d'Orléans, duc d'Aumale (1822–1897) to the designs of Honore Daumet. (The new château has met with mixed reviews. Boni de Castellane summed up one line of thought: "What is today styled a marvel is one of the saddest specimens of the architecture of our era — one enters at the second floor and descends to the salons".) In the intervening years, the entire property had been confiscated from the Orléans family between the years 1853-1872, during which interval it was owned by Coutts, an English bank. In the end, the Duc d'Aumale bequeathed the property to the Institut de France upon his death in 1897.

During the First World War, Chantilly marks the farthest advance of the German troops in the region. Subsequently served as headquarters for Joseph Joffre and a number of conferences between the Allies were held there. Шаблон:Clear

The château's art gallery, the Musée Condé, houses one of the finest collections of historical paintings in France (after the Louvre), with special strength in French paintings and book illuminations of the 15th and 16th centuries. The centerpiece of the art gallery is the Tribune Room, featuring Sassetta's Mystic Marriage of Saint Francis, Botticelli's Autumn, Piero di Cosimo's Simonetta Vespucci, and Pierre Mignard's Portrait of Molière, among many other masterpieces. The library of the Petit Château contains over 700 manuscripts and 12,000 volumes, including a Gutenberg Bible (part of a collection of over 600 incunabula), and some 760 manuscripts, with Les très riches heures du Duc de Berry and 40 miniatures from Jean Fouquet's Book of Hours of Etienne Chevalier taking pride of place.

The park, featuring extensive parterres and water features; was laid out principally by famous landscaper André Le Nôtre for the Grand Condé. It also contains an English garden with cascade, and a number of pavilion buildings.

The estate overlooks the Chantilly Racecourse and the Grandes Écuries (Great Stables) which contains the Living Museum of the Horse. According to legend, Louis Henri, Duc de Bourbon, Prince of Condé believed that he would be reincarnated as a horse after his death. In 1719, he asked the architect, Jean Aubert to build stables suitable to his rank. These 186m long stables are considered by some as the most beautiful in the world. photo Шаблон:Clear

Responding to an appeal to support restoration of the château, The Aga Khan donated €40m, accounting for more than half of a €70m needed by the Institut de France to complete the project . The World Monuments Fund recently completed the restoration of the Grande Singerie, a salon with paintings on the walls of monkeys engaged in human activities, once a fashionable salon motif, but with few examples surviving today. Шаблон:Clear

Filmsquare
The Château de Chantilly was used in the James Bond film A View to a Kill (1985) as the personal estate of Max Zorin.

Parc Astérix is a theme amusement park in France, based on the

Chaalis Abbey was a French Cistercian abbey north of Paris, at

The Parc Jean-Jacques-Rousseau is a French landscape garden at 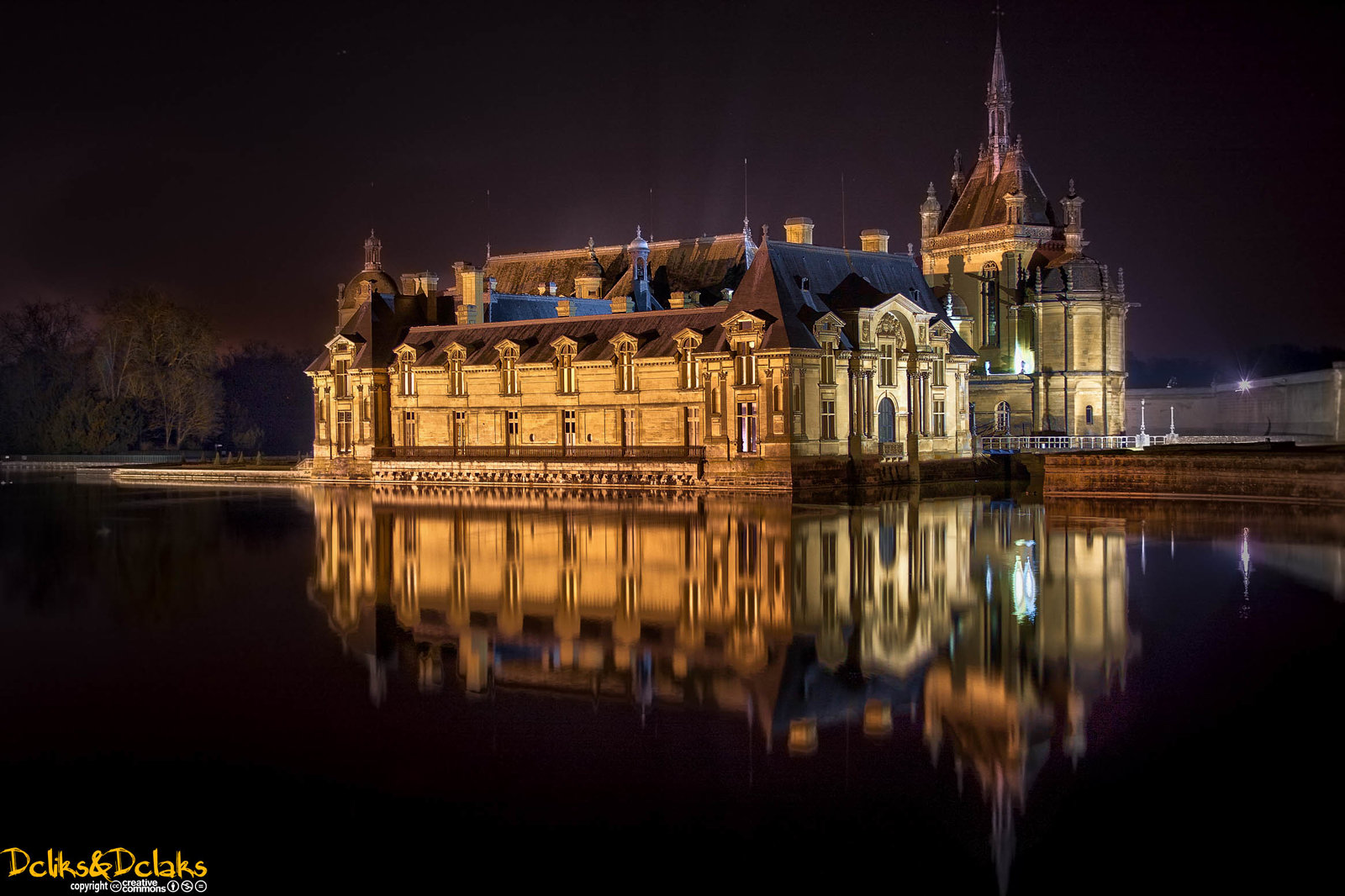 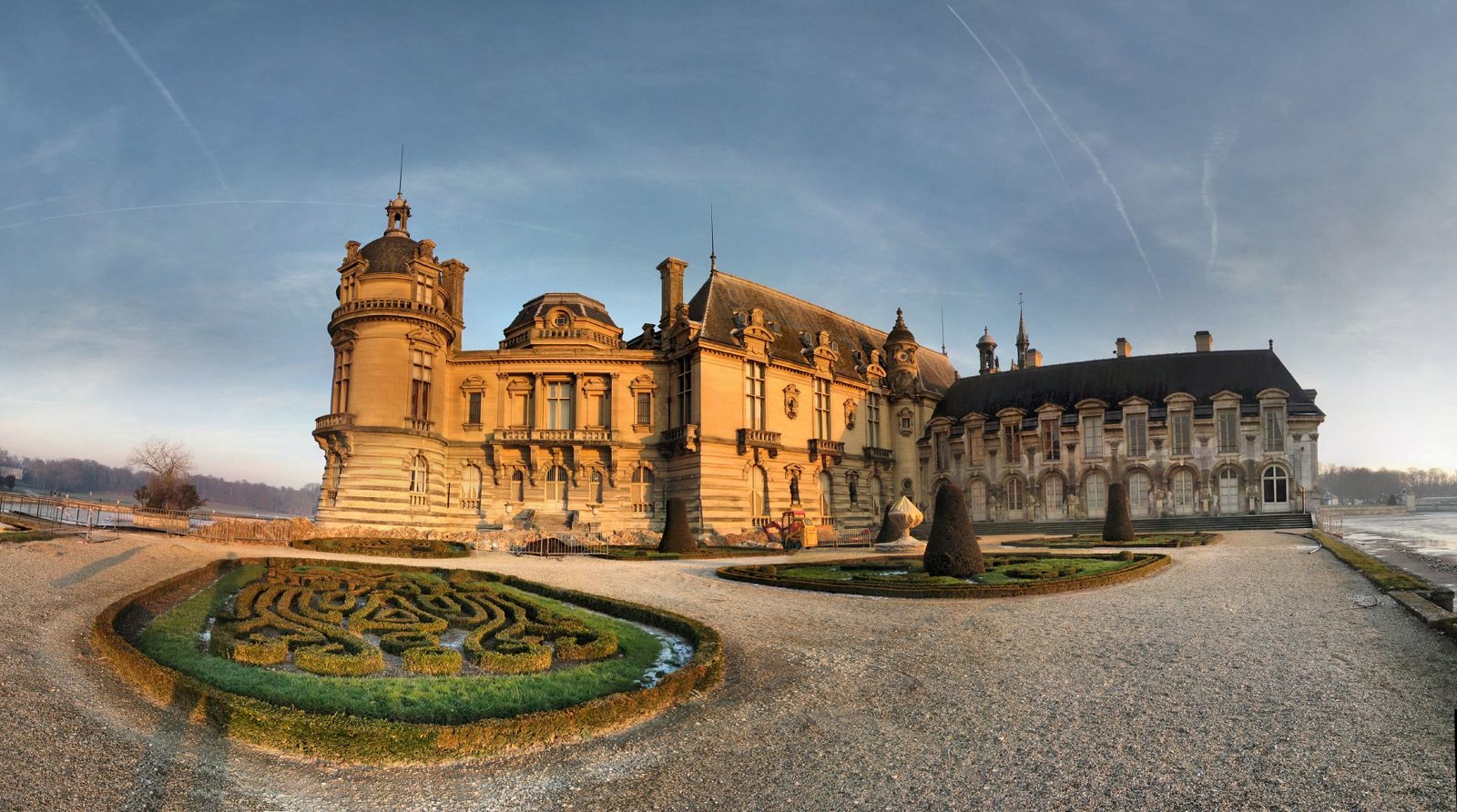 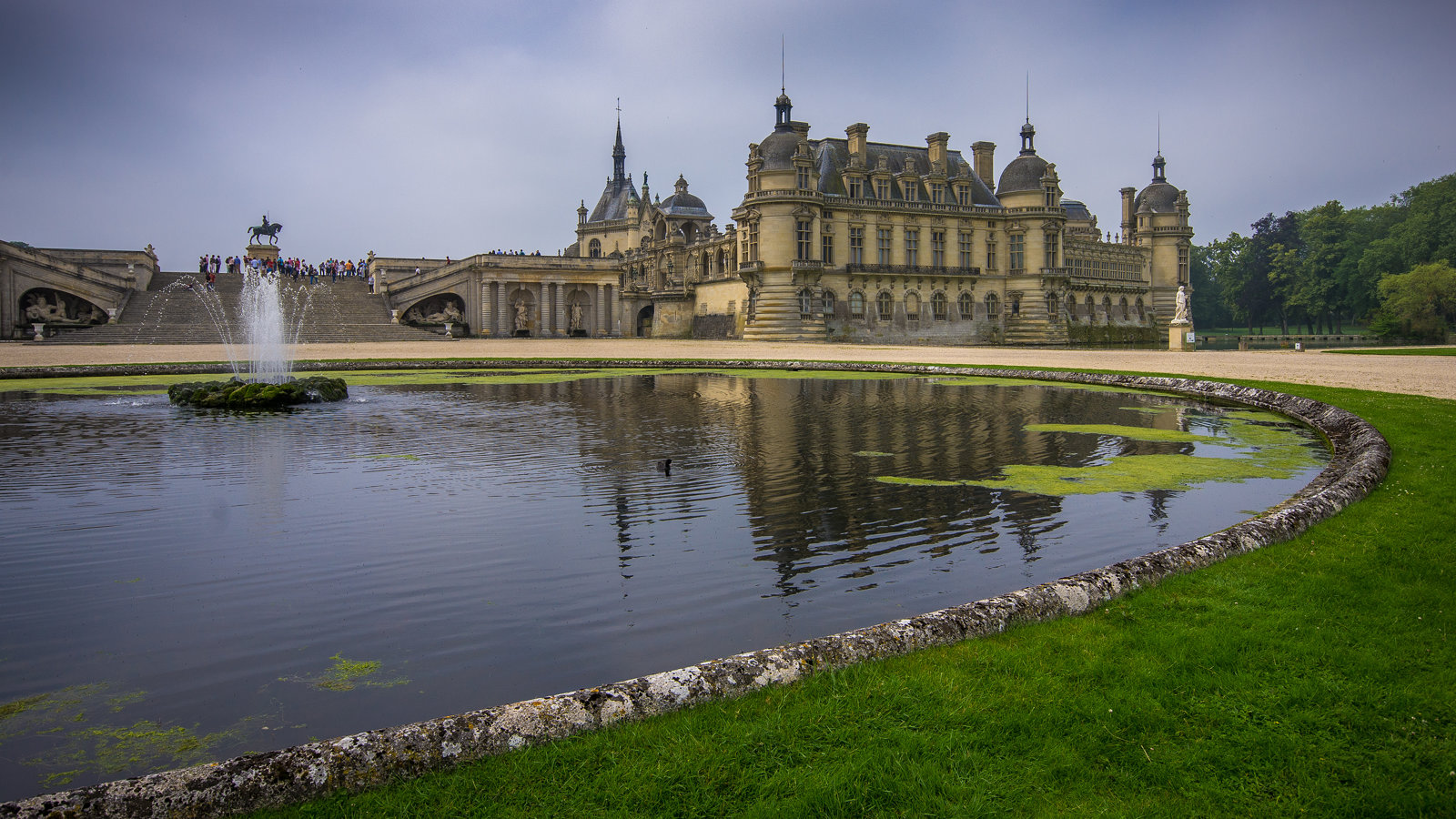 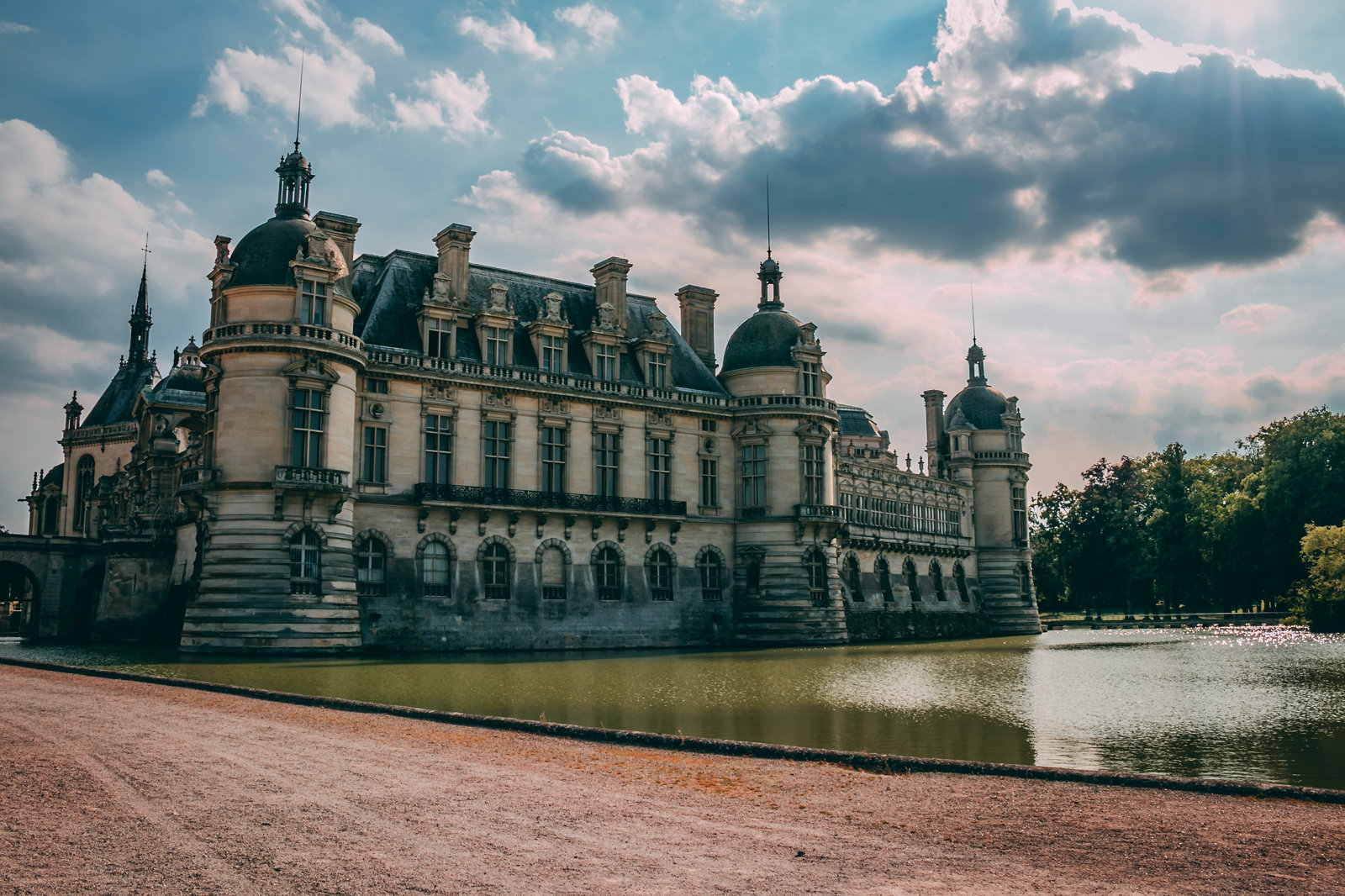 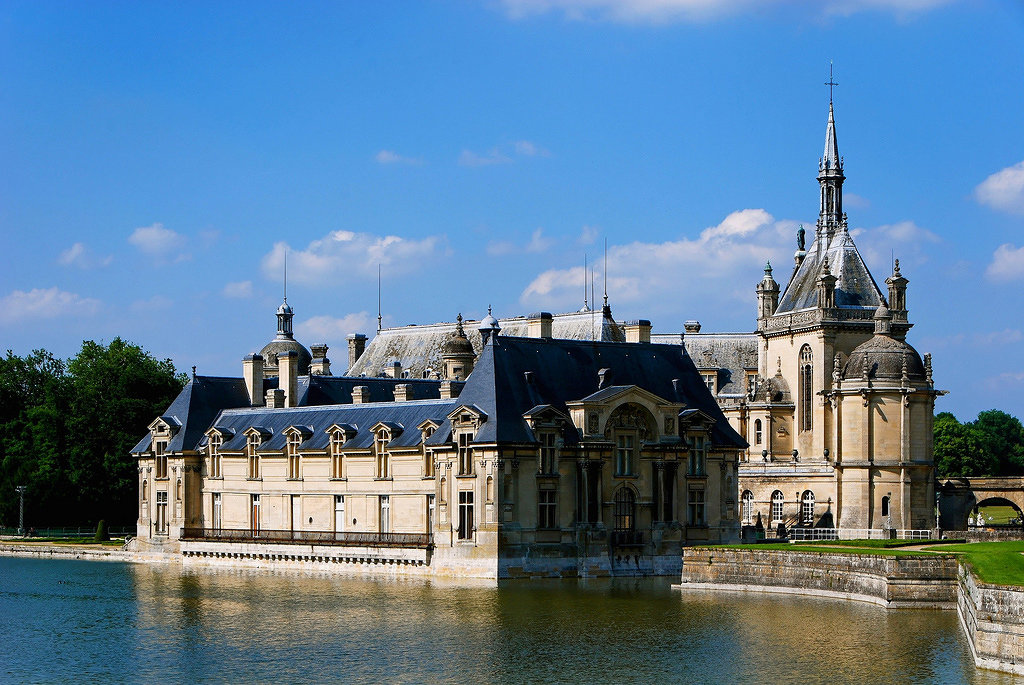 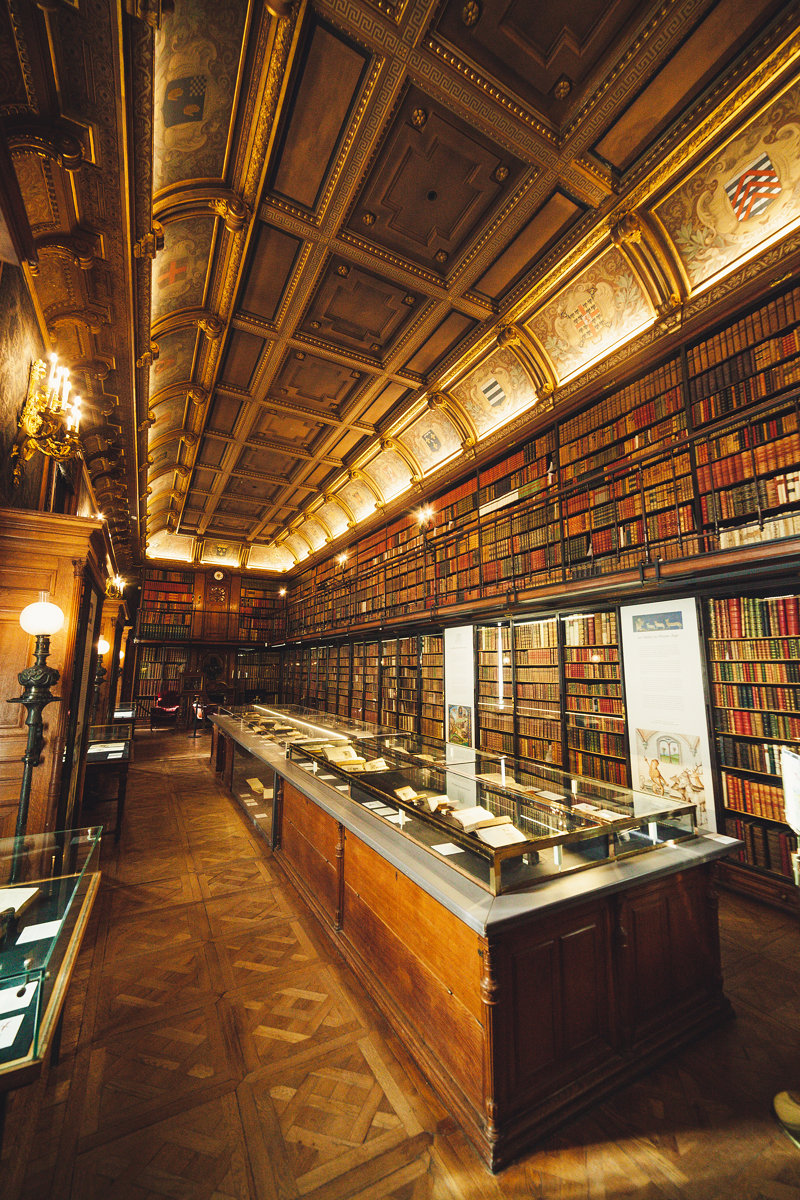 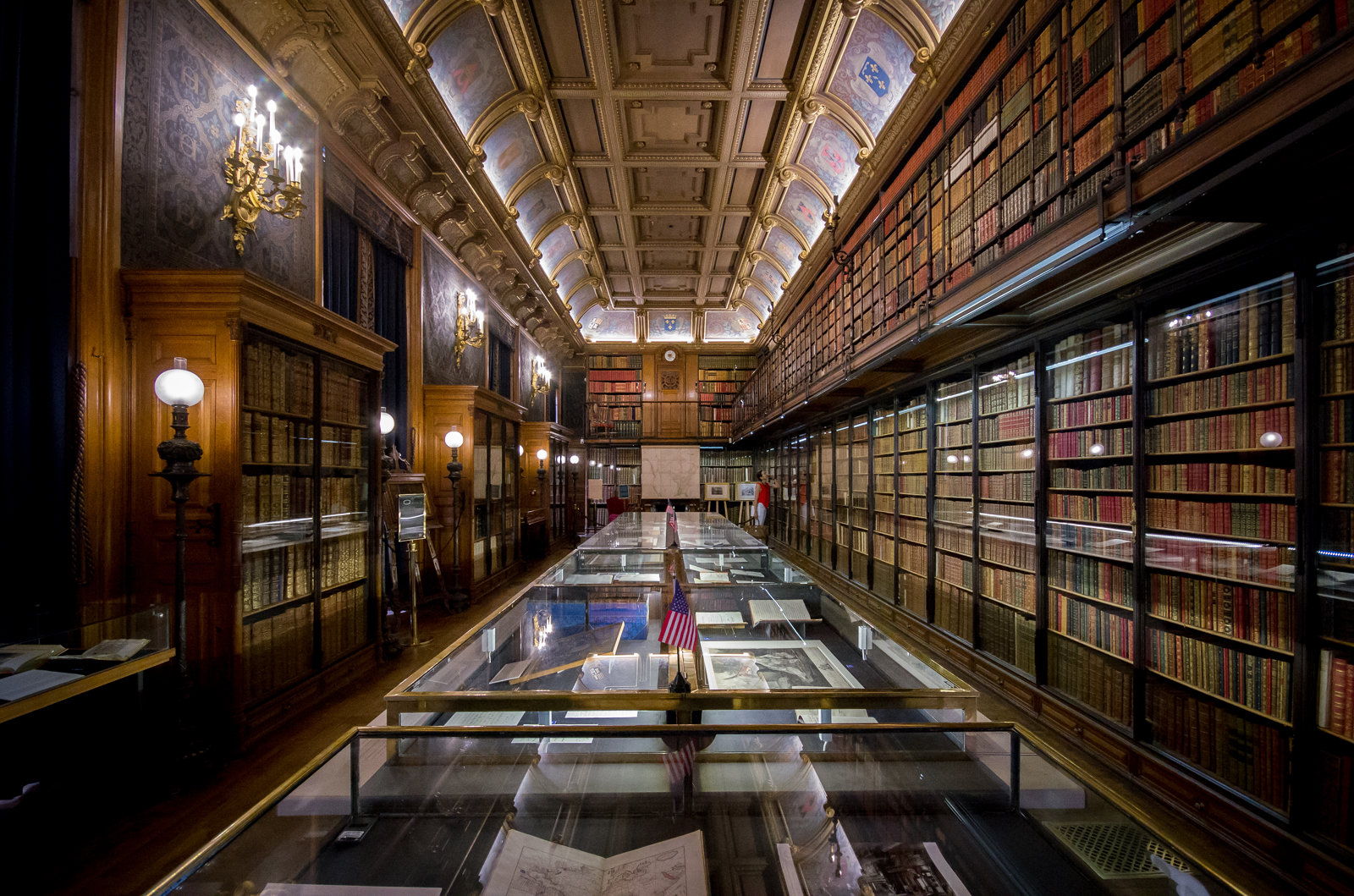 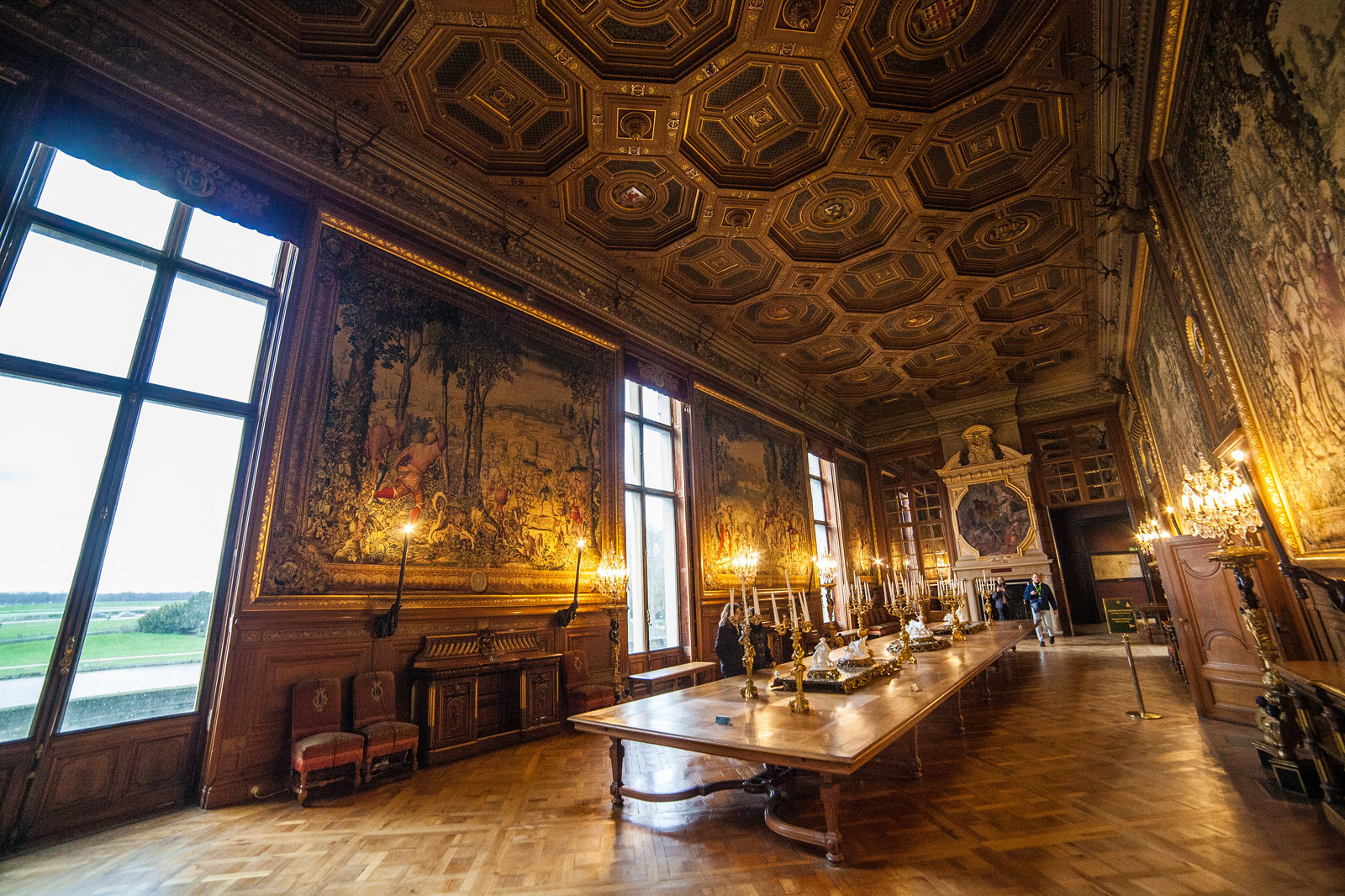 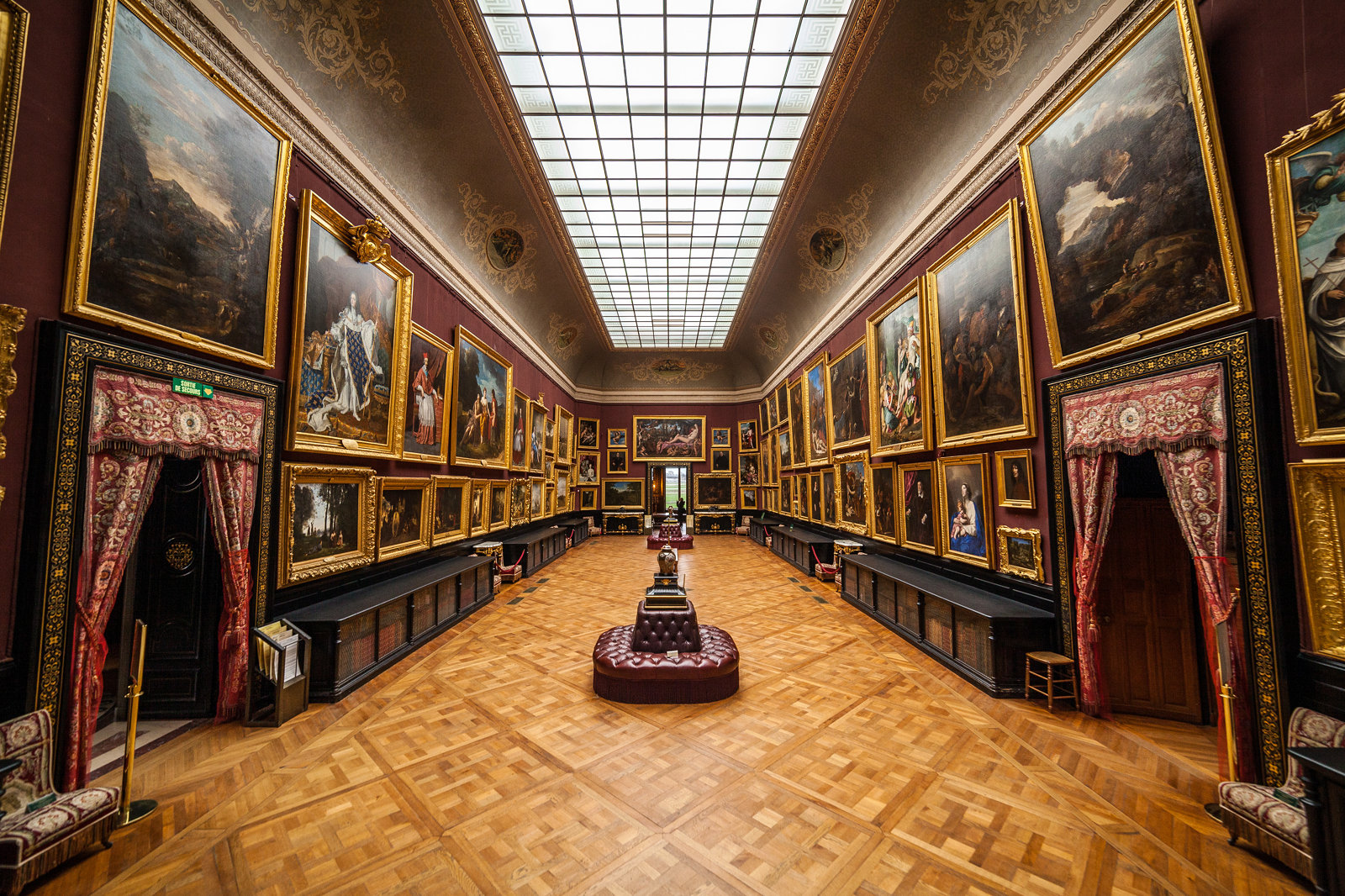 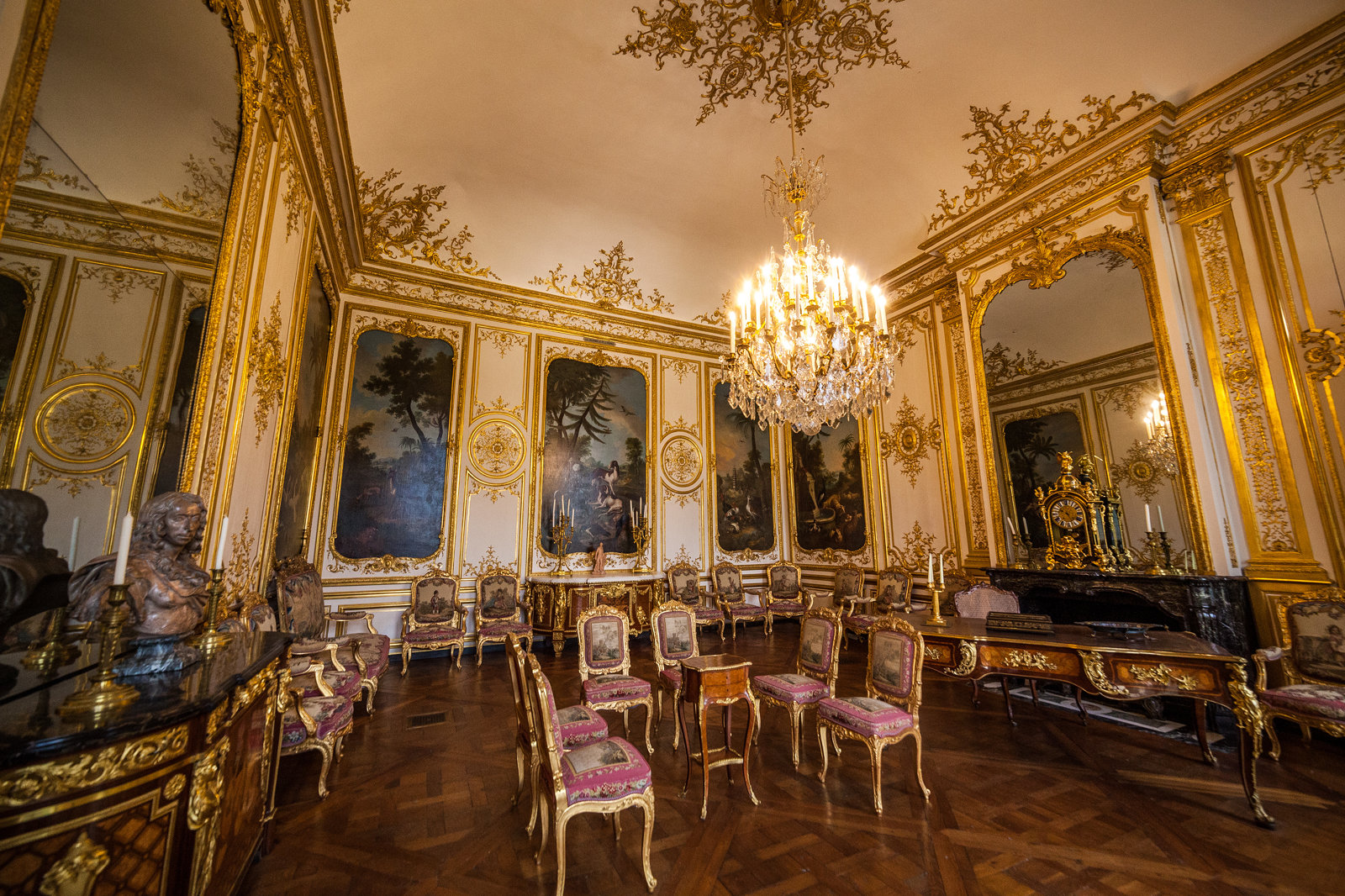 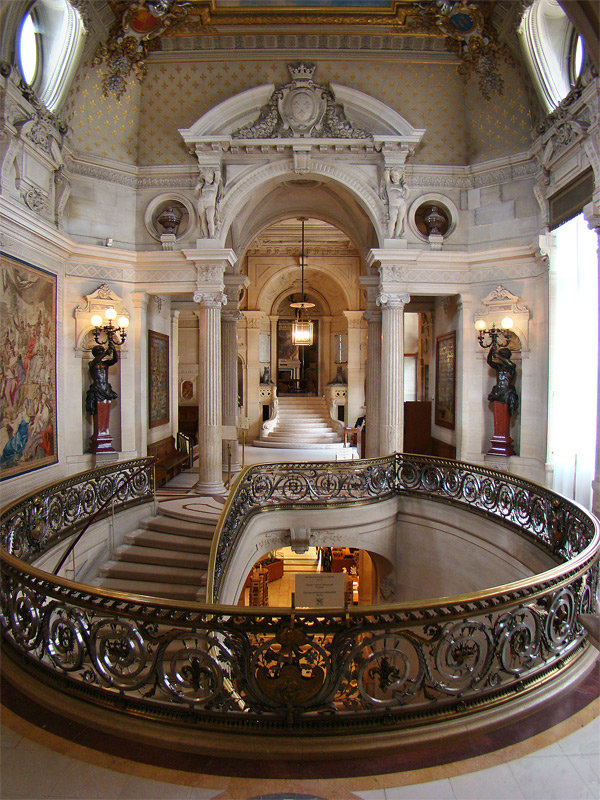 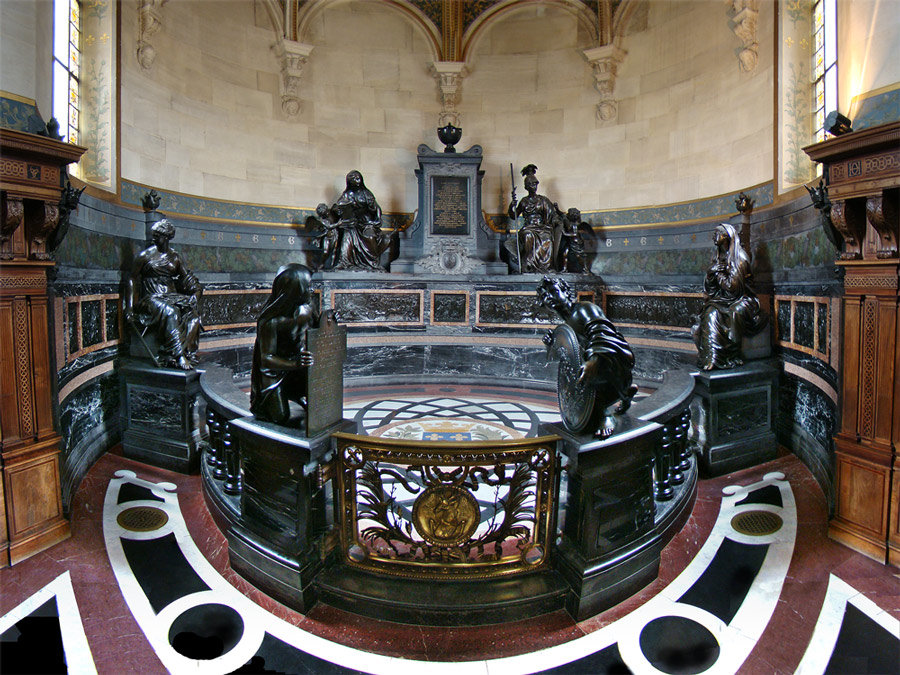 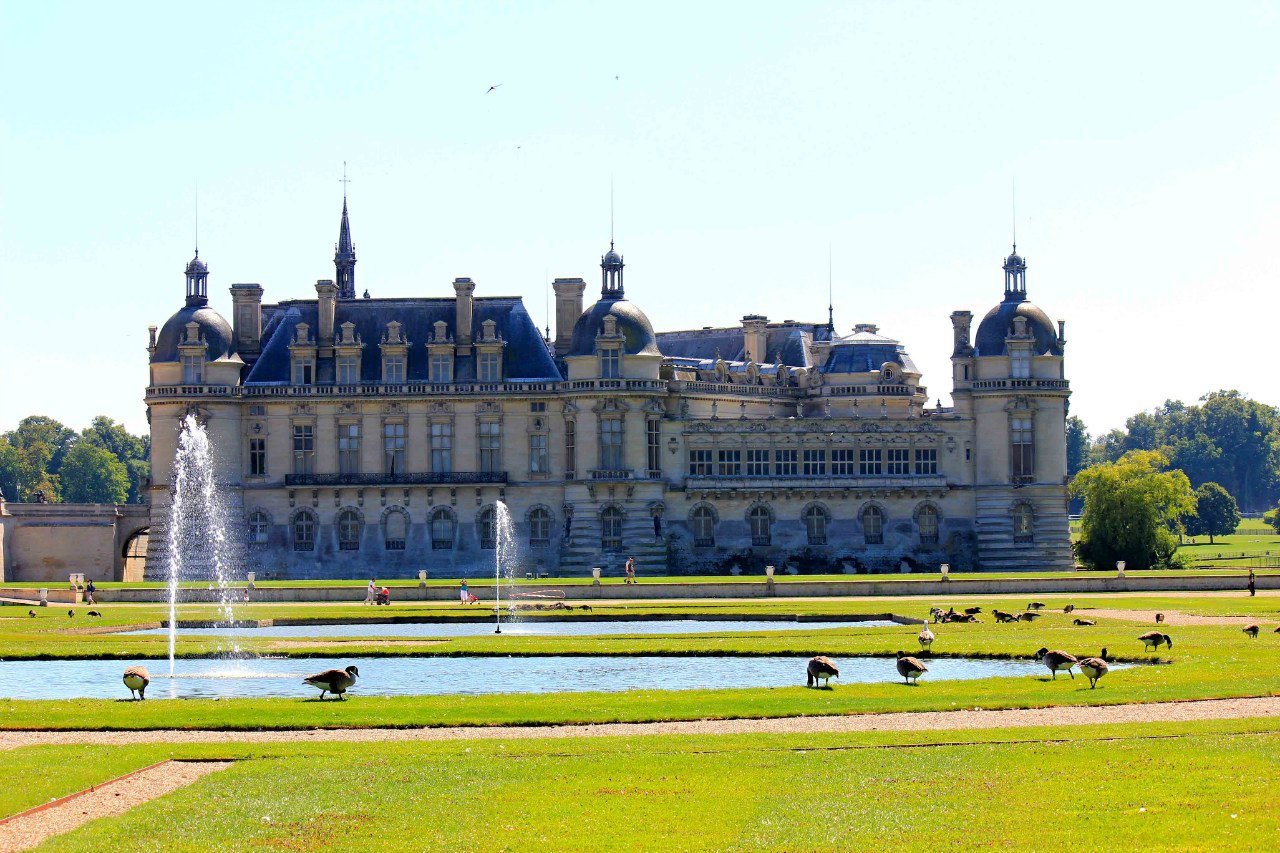 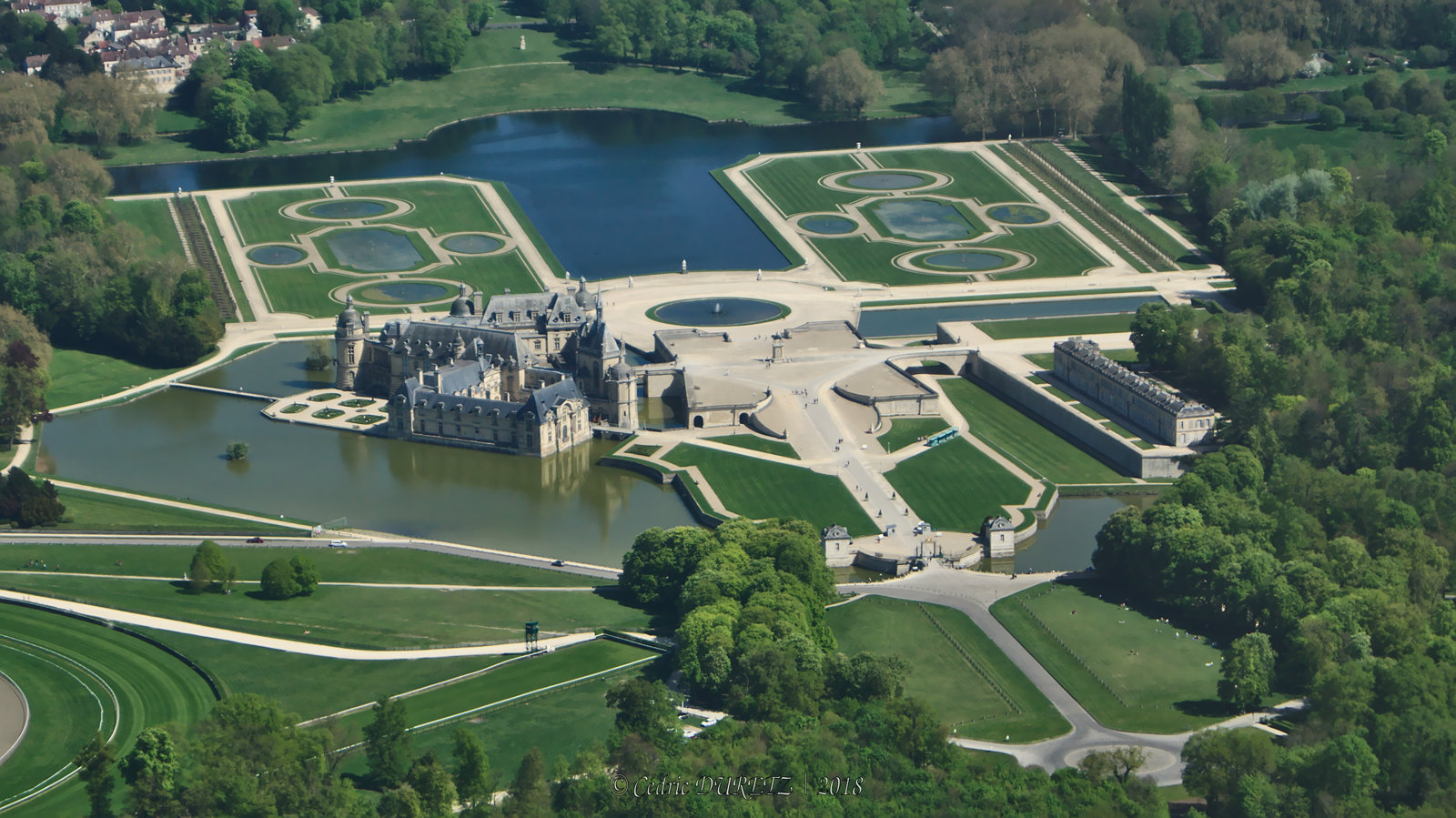 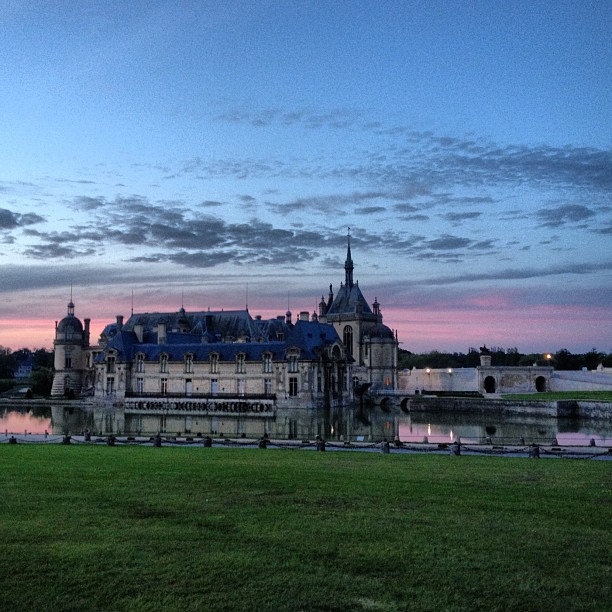 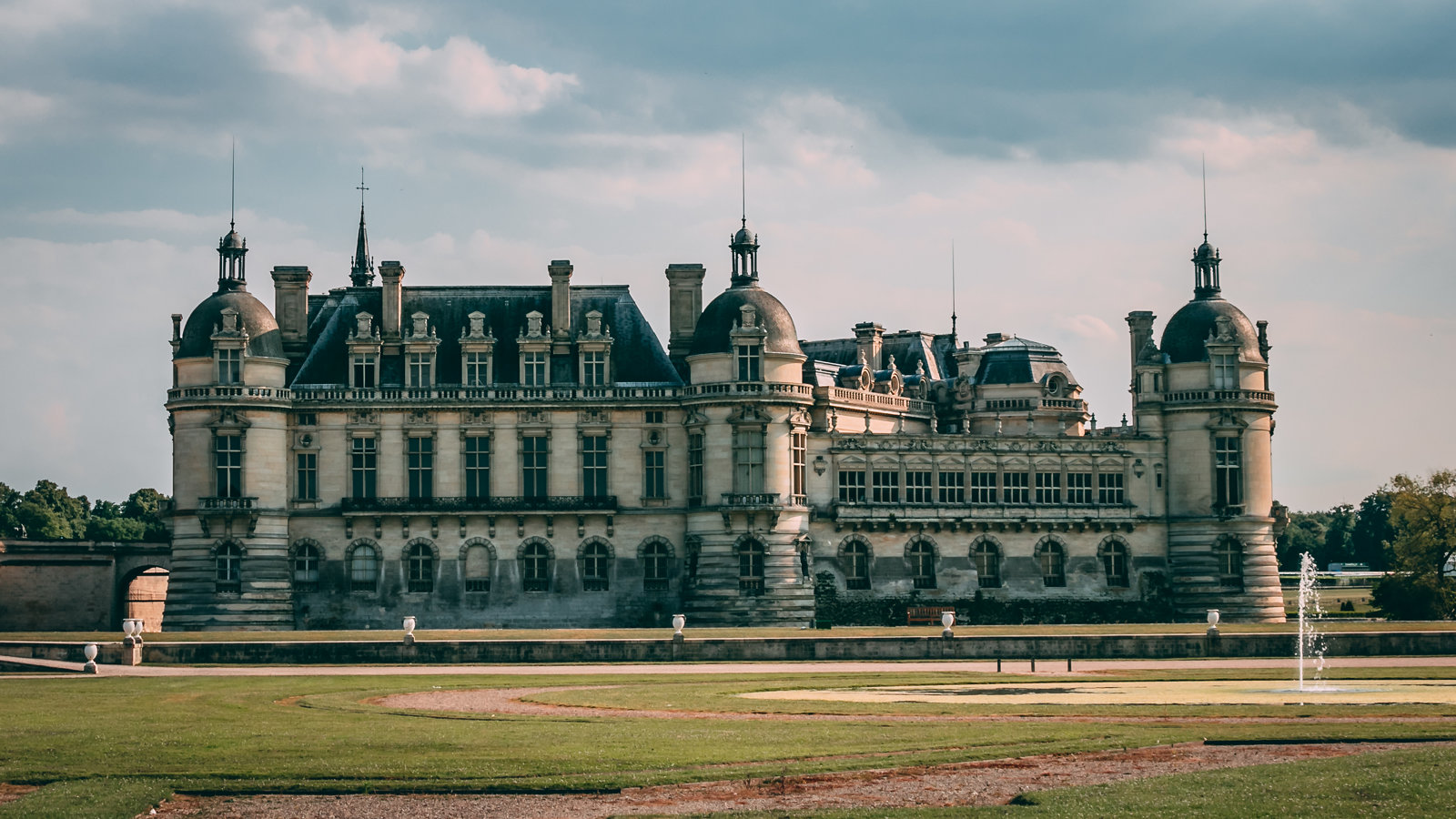 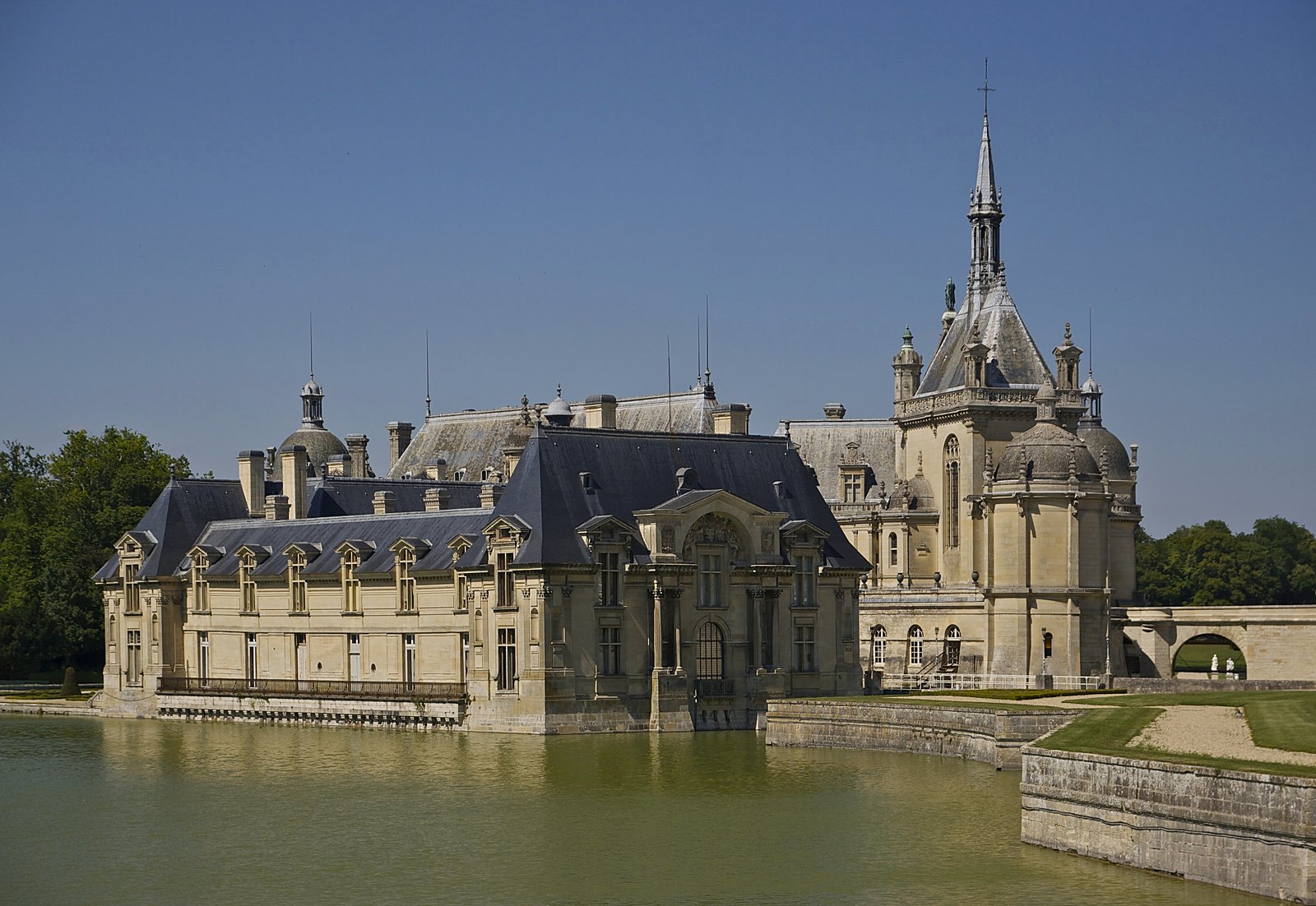 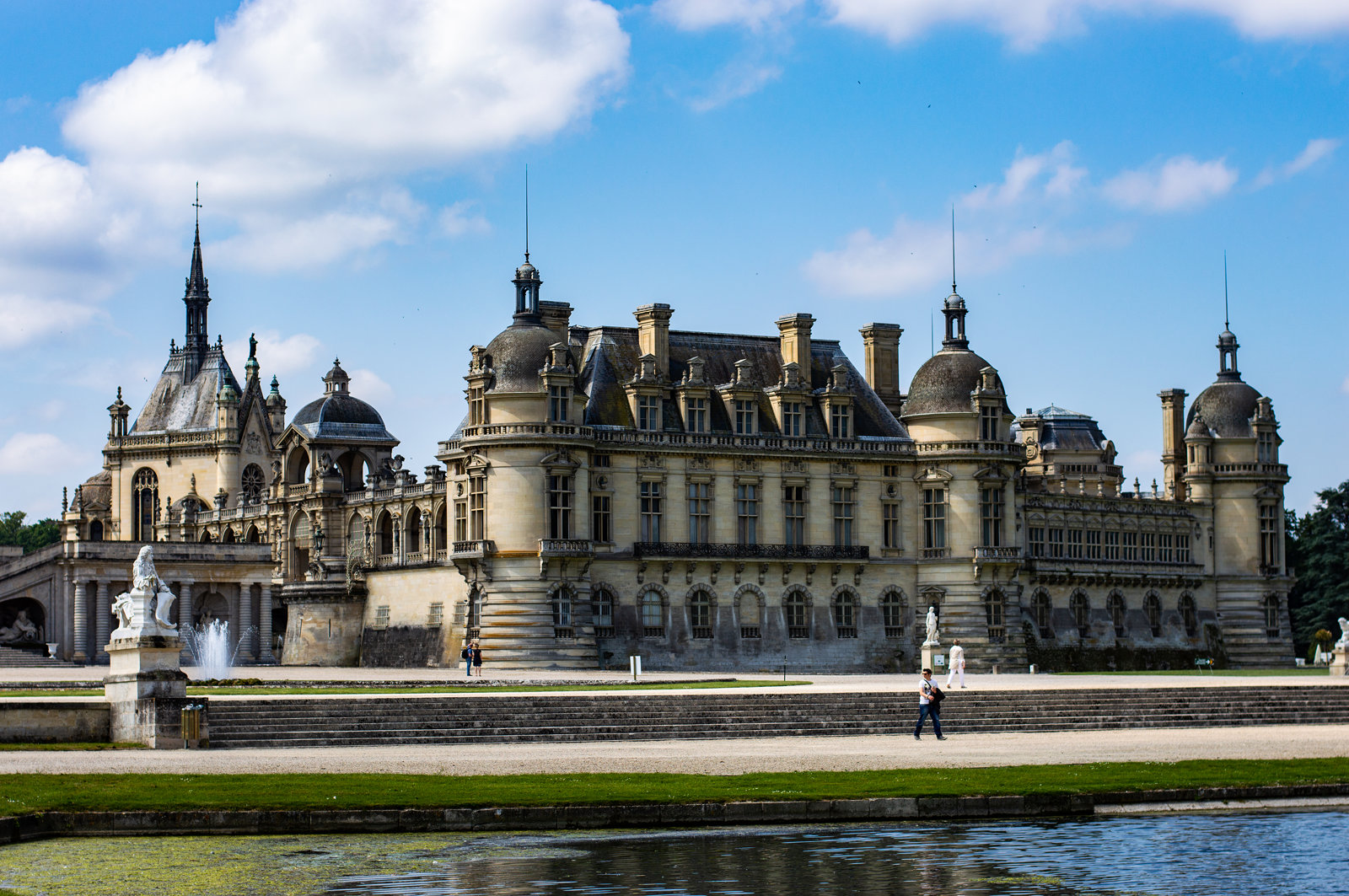 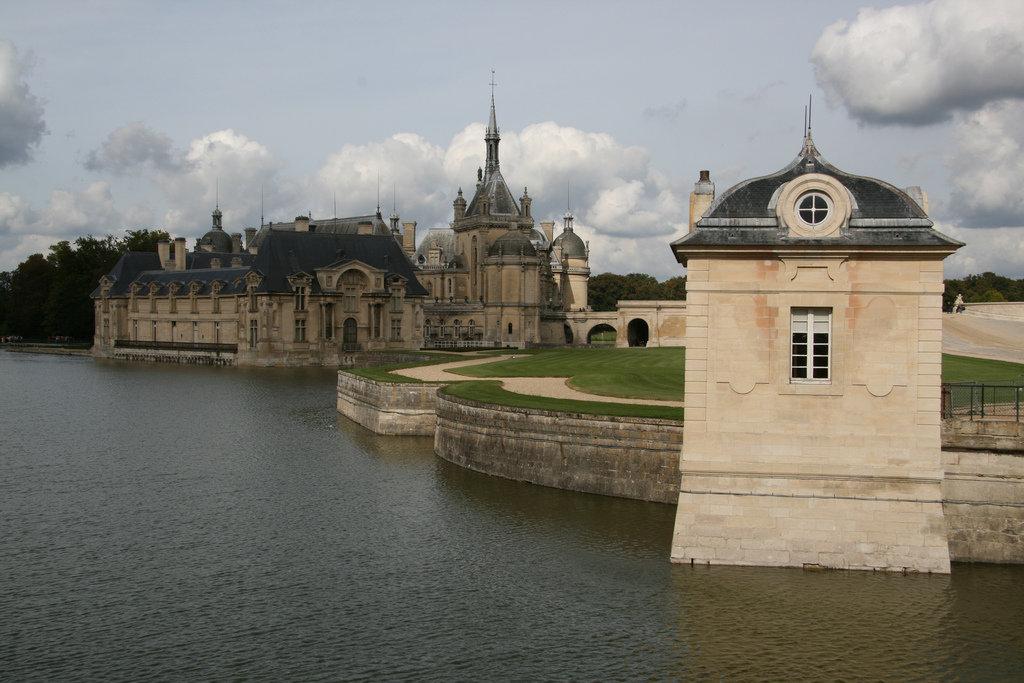 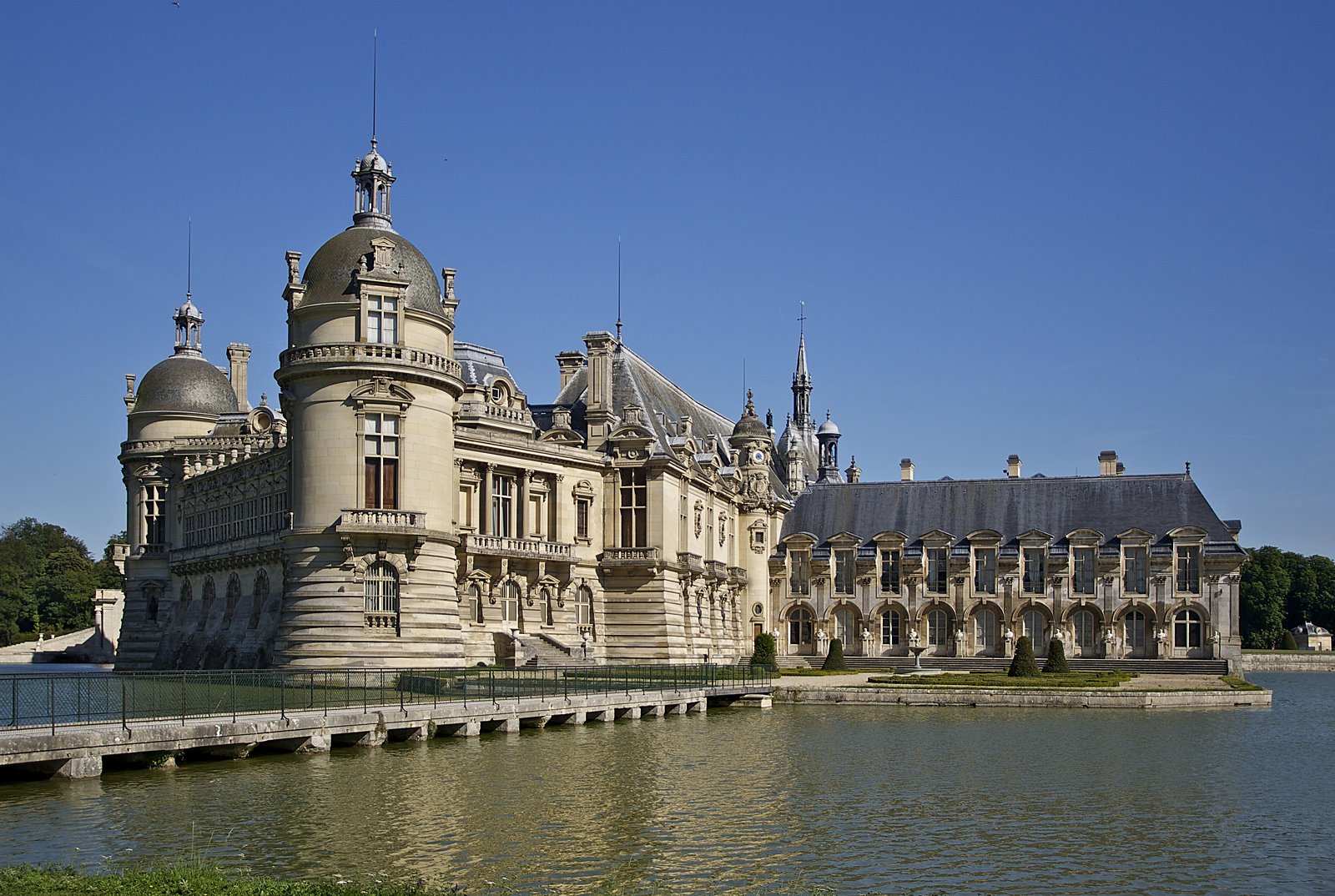