×
What are you looking for?
See all results
Castles in Brest 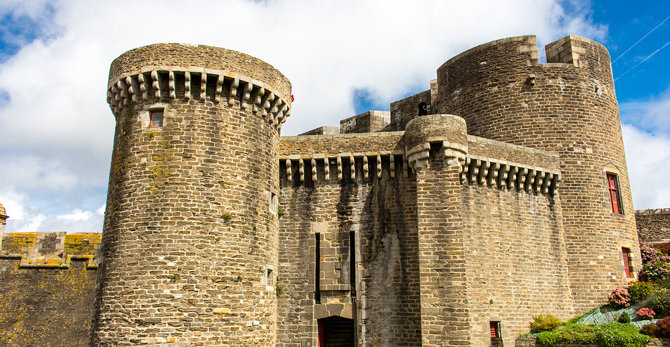 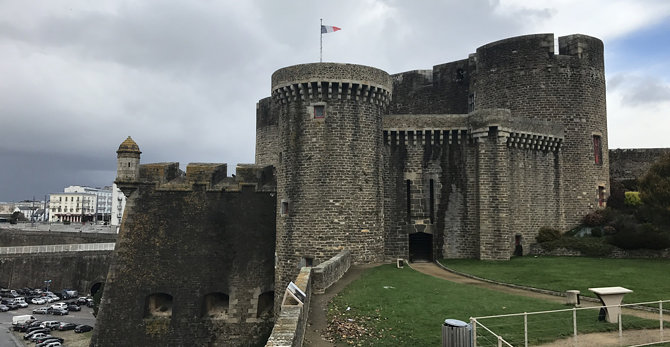 The Château de Brest is a castle in Brest, Finistère, France. The oldest monument in the town, it is located at the mouth of the river Penfeld at the heart of the roadstead of Brest, one of the largest roadsteads in the world. From the Roman castellum to Vauban's citadel, the site has over 1700 years of history, holding right up to the present day its original role as a military fortress and a strategic location of the highest importance. It is thus the oldest castle in the world still in use, and was classified as a monument historique on 21 March 1923[1].

Its structure has continually been rebuilt over the centuries to defend against all attacks by land and sea. Its heterogeneous architecture is thus the result of the defences' continual adaptation to new developments in siege warfare and armament.

The Roadstead of Brest, well-protected by a narrow "goulet" but sufficiently large to allow ships to turn or move, forms a natural harbour. Its dimensions make it a small inland sea, capable of receiving the largest fleets. It is so vast that it offers a protected haven for ships.

This haven is fed by the river Penfeld from the north, running off the plateaus of Léon. Its lower course is winding, with high raised banks that break strong winds. Even heavy-tonnage vessels can berth safely in this vast and substantial area. The cape that divides the roadstead from the bay has four sides, three of which are defended by nature and with a fourth side that needs fortification but which is still easily defensible. This unique site gives the castle major strategic significance

The castle was thus built on a rocky outcrop carved out which the river has cut into the cliff at its mouth in the estuary. Since the place overlooks and dominates the sea, it controls access to the Penfeld and the lower reaches of the Elorn towards Landerneau, all whilst overlooking a major part of the roadstead and its entrance : the Goulet de Brest.

The site was inhabited during the Lower Palaeolithic (300,000 BC) and in the Neolithic agricultural activity occurred on the site. Other coastal populations are known in the 6th and 4th centuries BC and the rocky spur was occupied until the end of the Iron Age. Its remarkable position allows a hypothesis that the site held a prehistoric fortification, but the first fort of which evidence remains is from the Roman era.

Around 500BC, a tribe of merchants and sailors in leather barks known as the Osismii peopled the region. To them are to be attributed the gold coinage discovered around Brest, as well as a road predating the Roman presence in the area. The tribe's territory (roughly equivalent to today's Finistere) was bordered to the south by the territory of the Veneti and to the east by that of the Curiosolites, with its capital at and Vorgium (Carhaix). This end of the world (Finis terrae) only saw Roman occupation very late in the Roman period.

Emyfer Mae
It was used as prison in the 1800's. After the bombings during the 1900's, it was restored and maintained til now. :)

The Pont de Recouvrance is a vertical-lift bridge in Brest, France,

The Pont de l’Harteloire is a bridge in Brest, France. Upstream of t

The Fort de Bertheaume is a fort in Plougonvelin, in the Department of 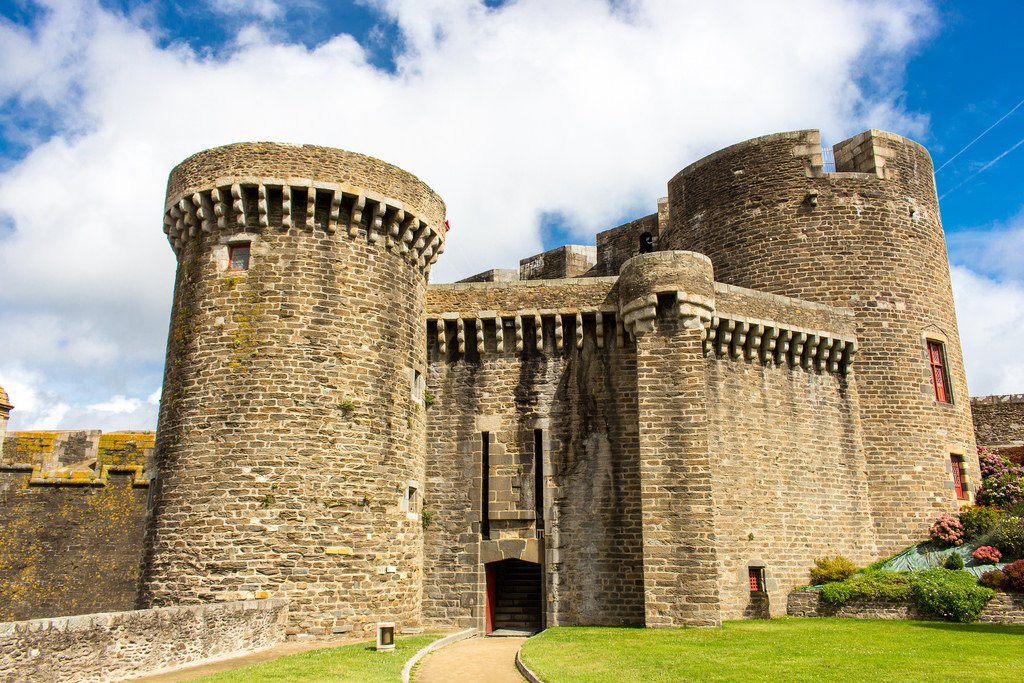 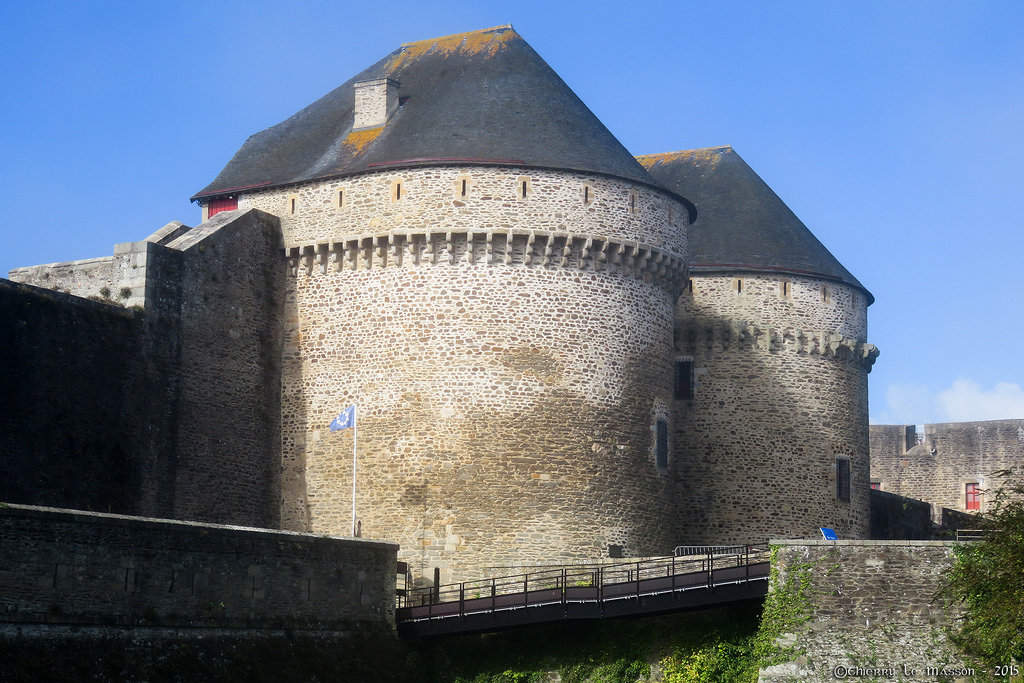 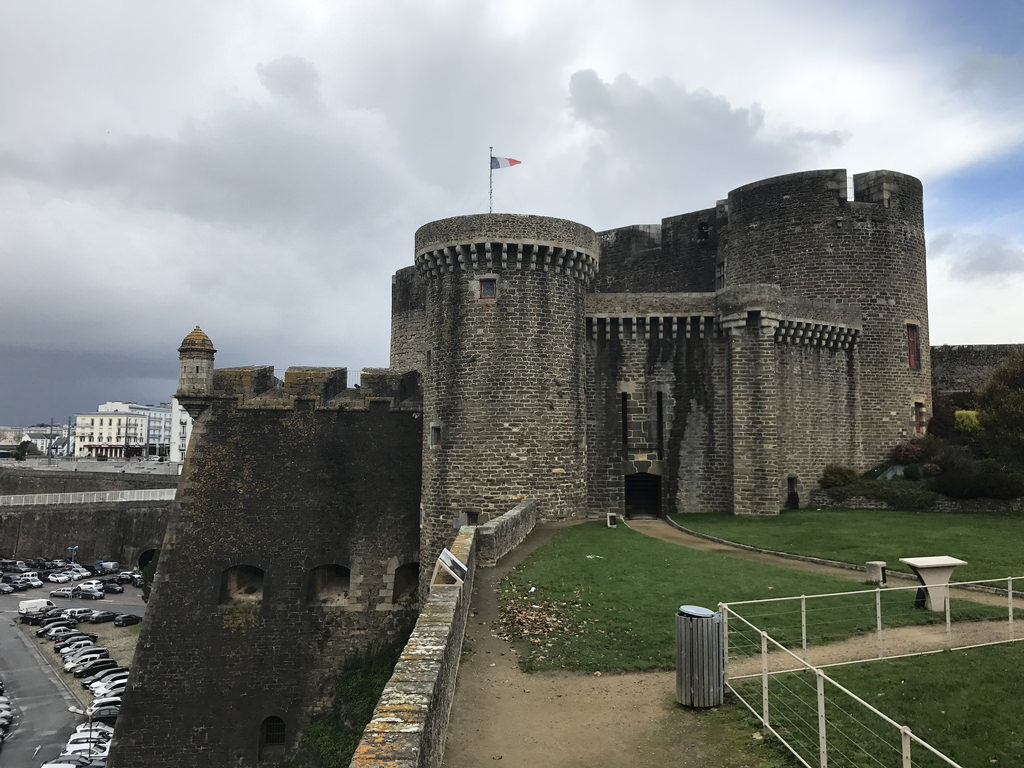 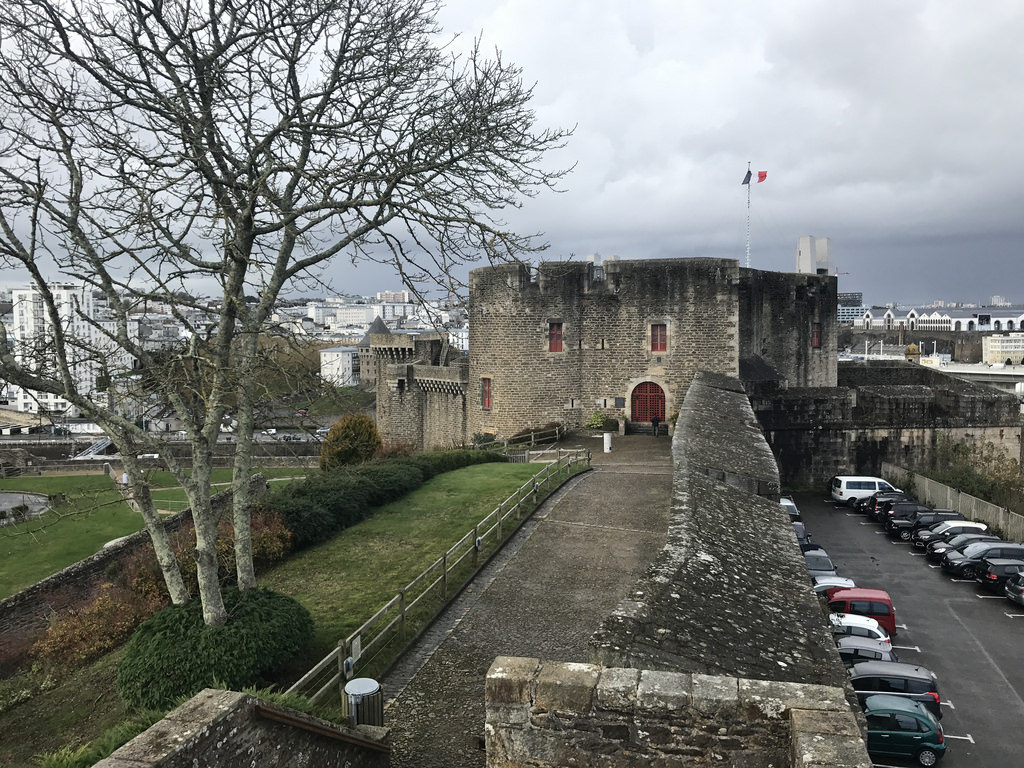 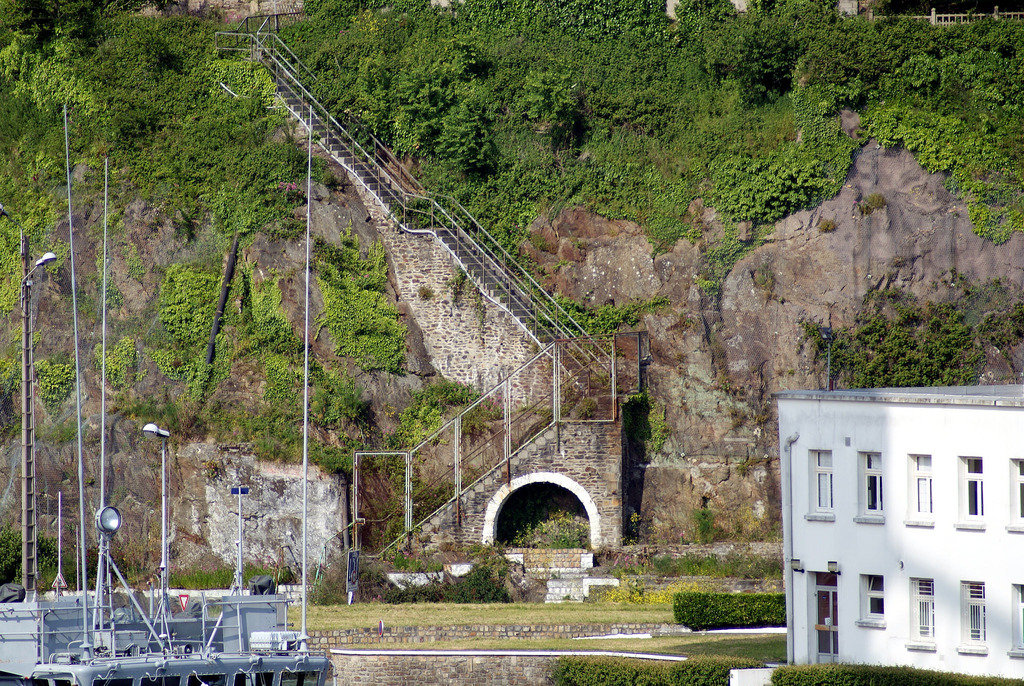 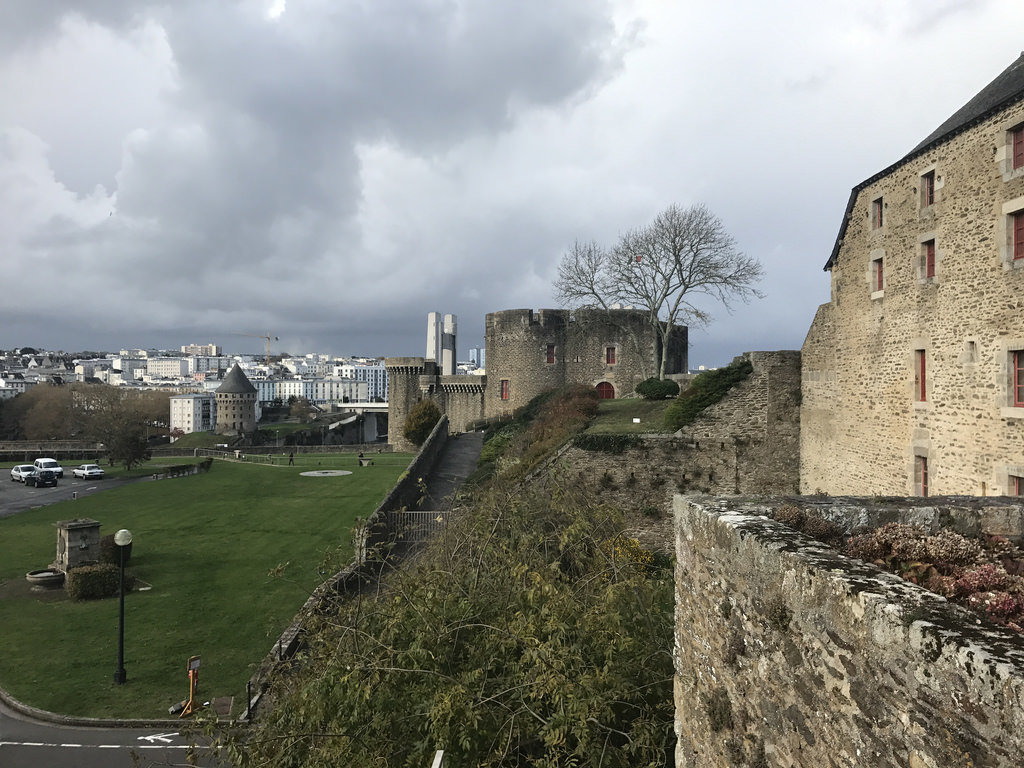 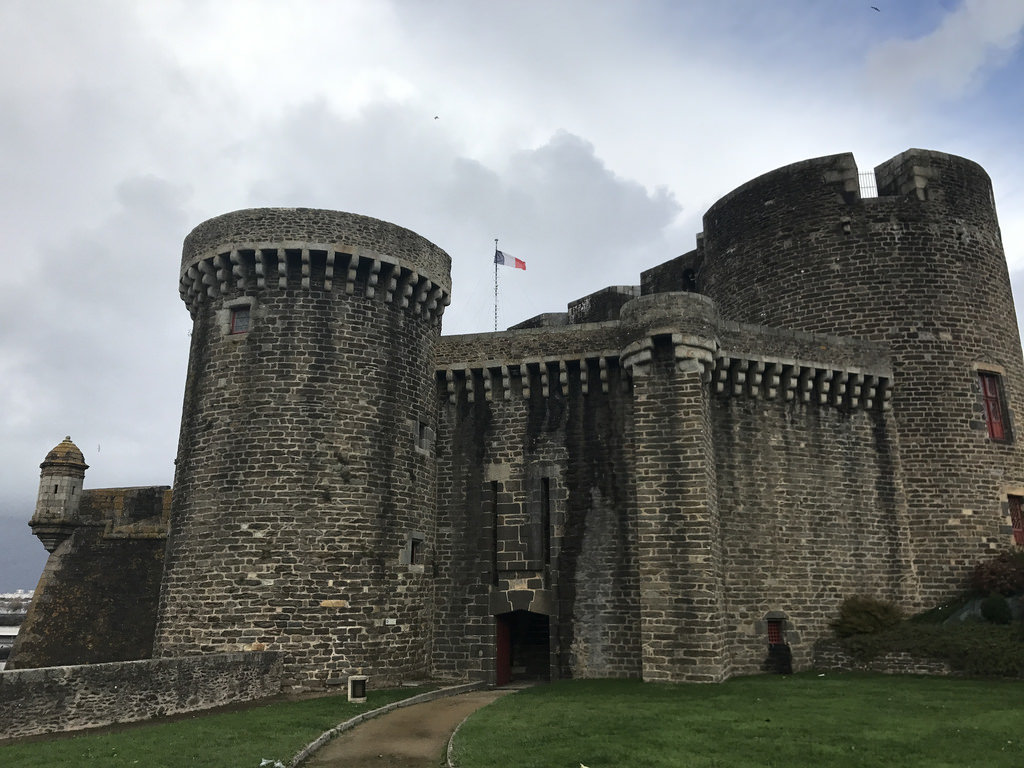 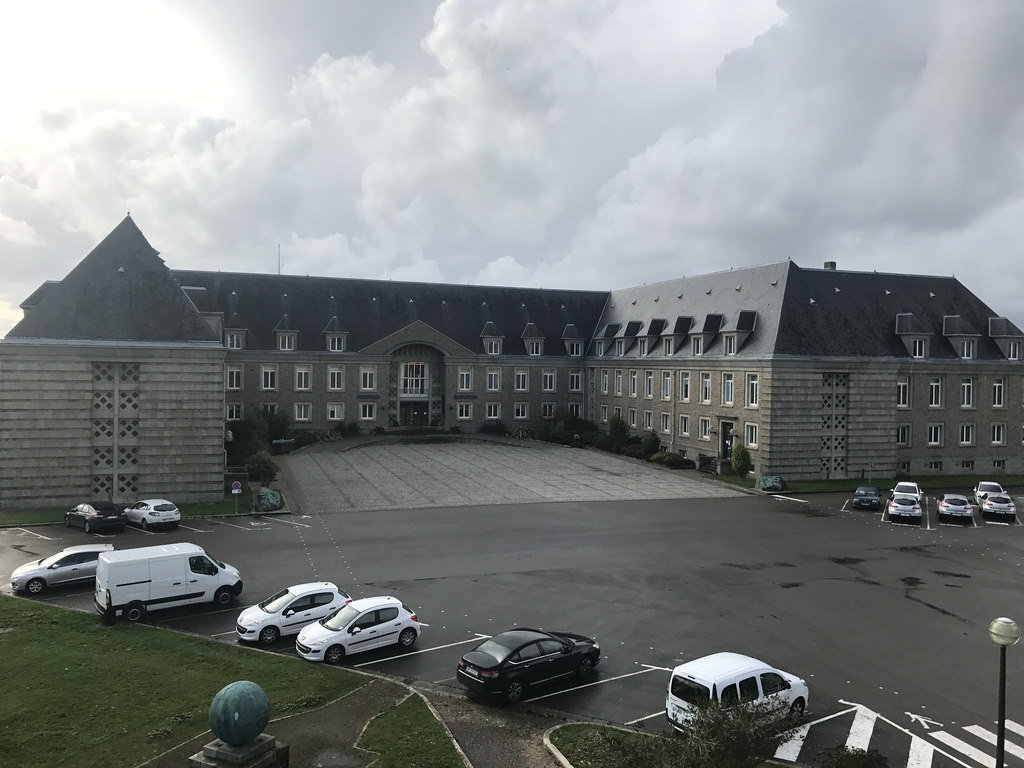 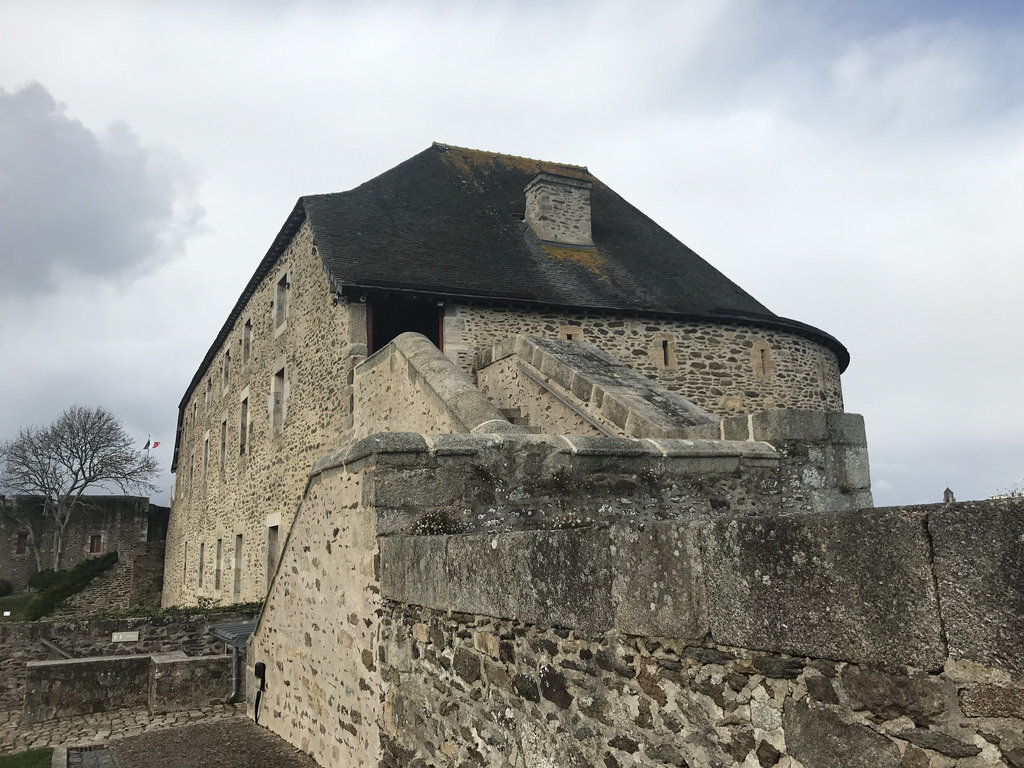 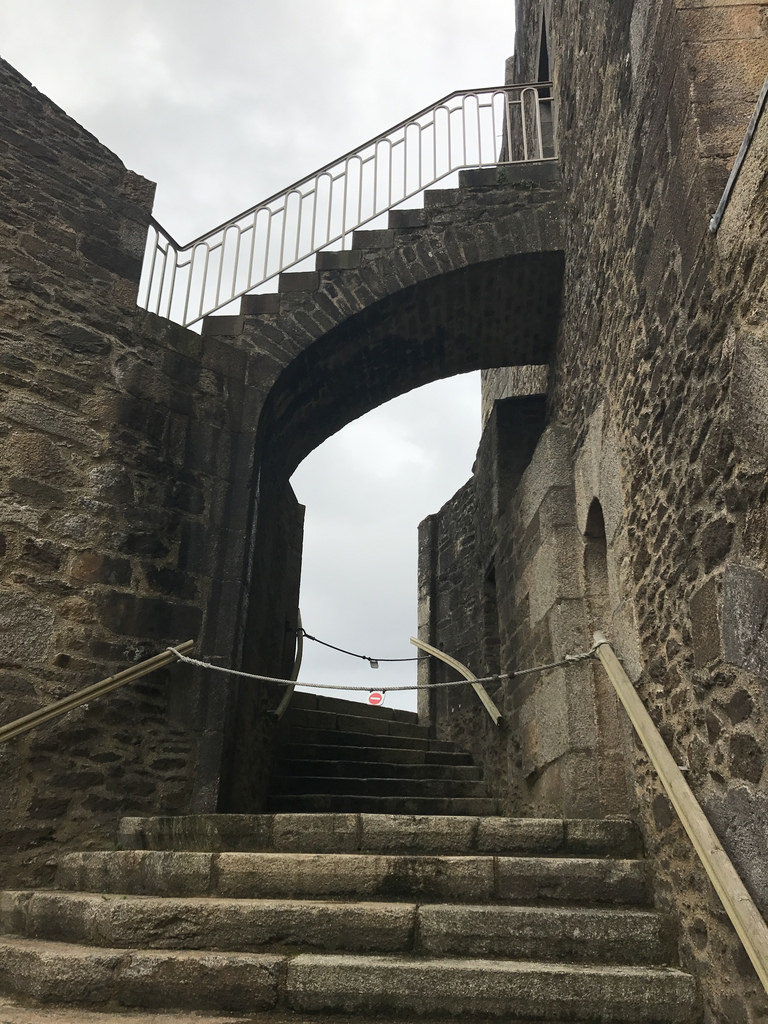 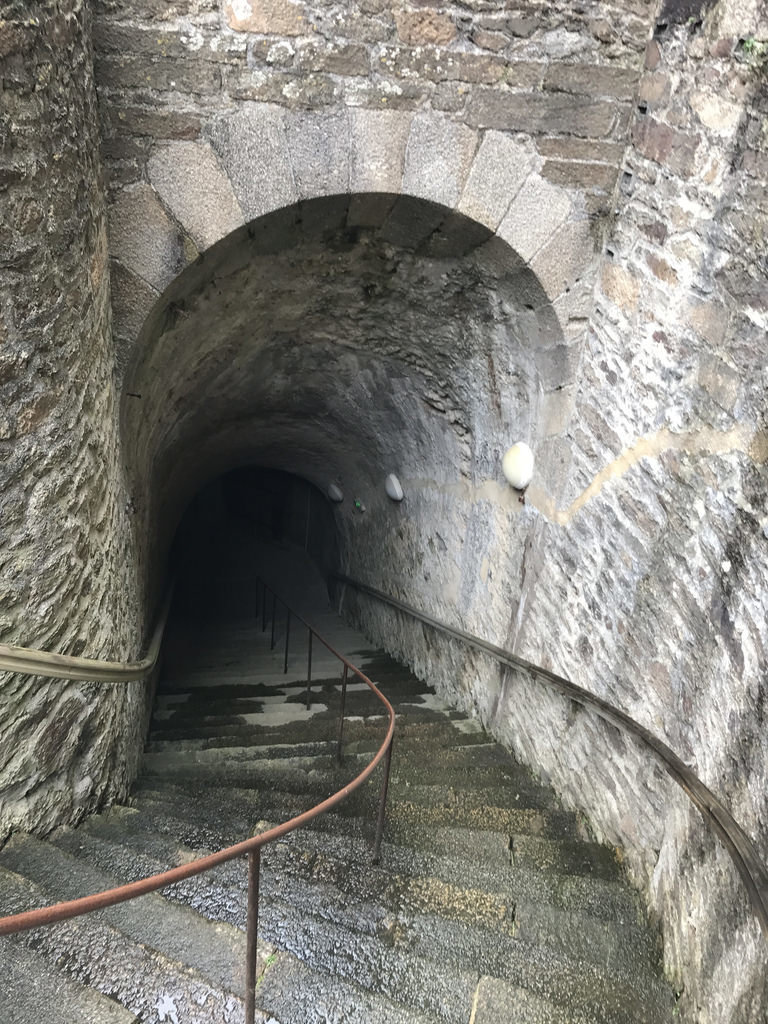 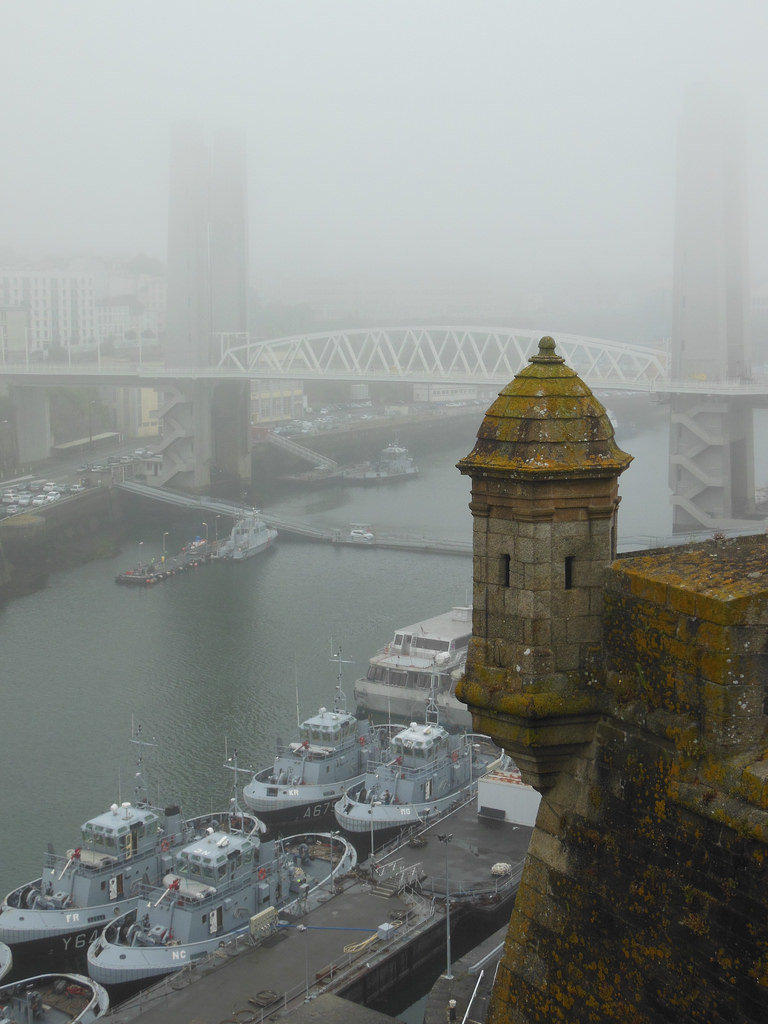 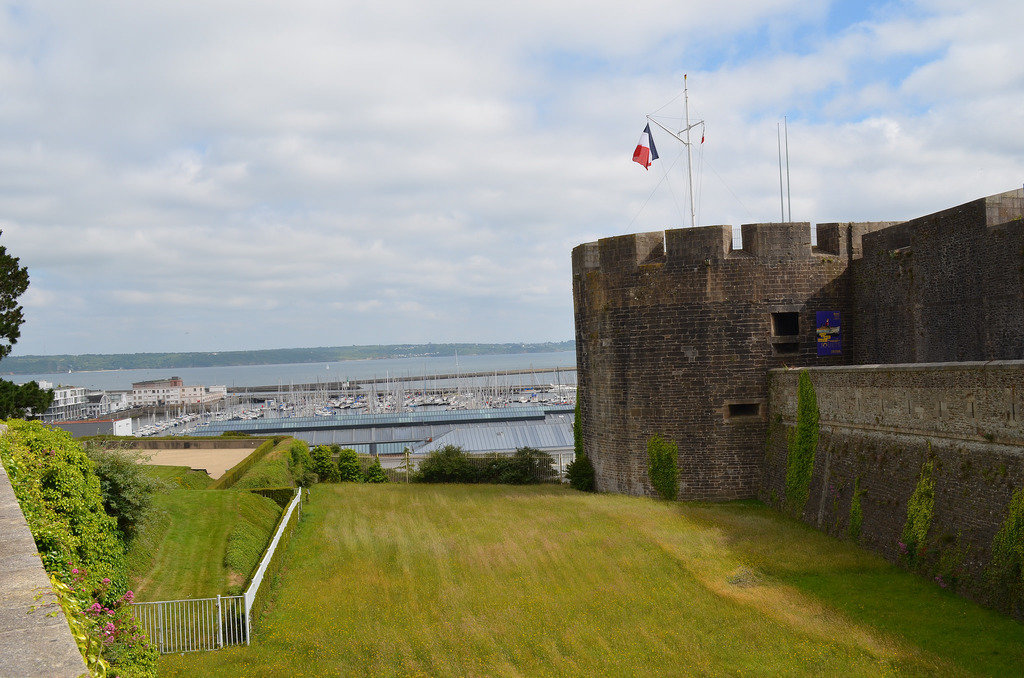 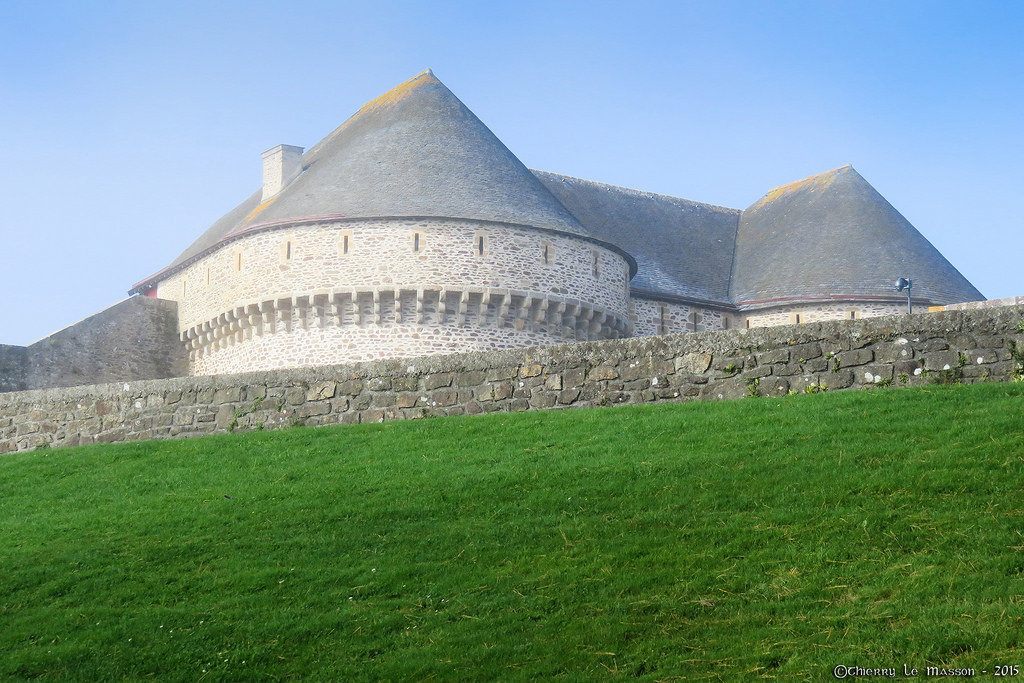 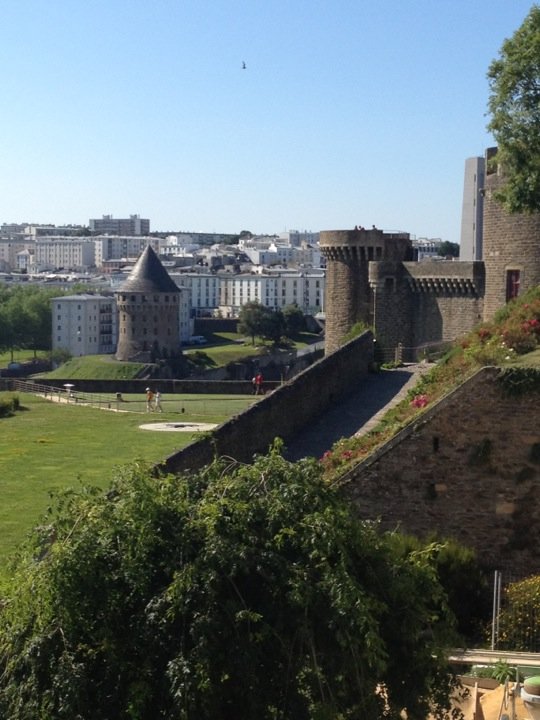 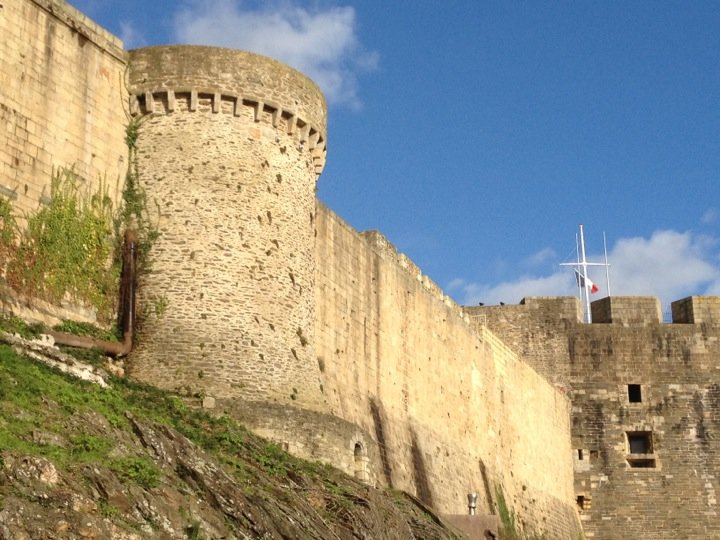