×
What are you looking for?
See all results
Mesoamerican sites in Chalcacingo 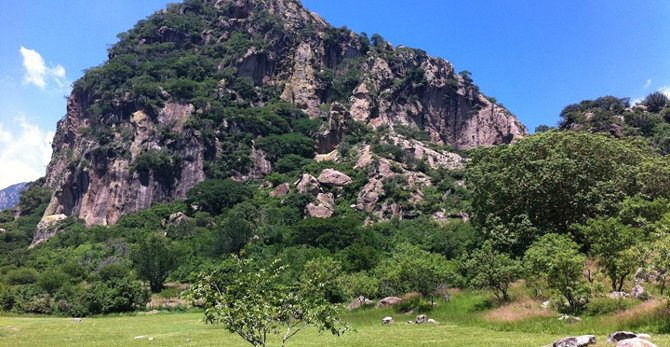 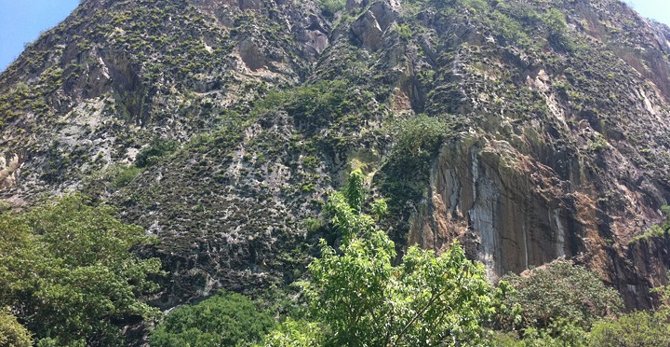 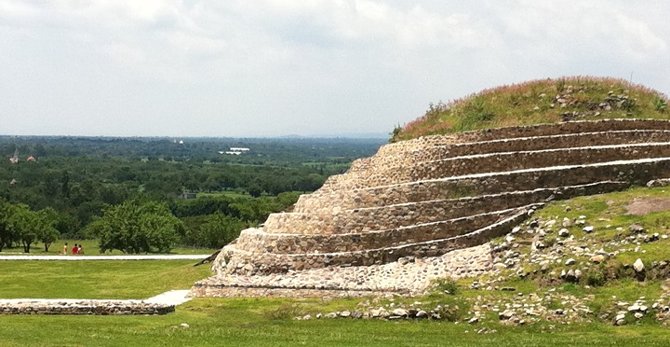 Chalcatzingo is a Mesoamerican archaeological site in the Valley of Morelos dating from the Formative Period of Mesoamerican chronology. The site is well-known for its extensive array of Olmec-style monumental art and iconography. Located in the southern portion of the Central Highlands of Mexico, Chalcatzingo is estimated to have been settled as early as 1500 BCE. The inhabitants began to produce and display Olmec-style art and architecture around 900 BCE. At its height between 700 BCE and 500 BCE, Chalcatzingo's population is estimated at between five hundred and a thousand individuals. By 500 BCE it had gone into decline.

The climate in Morelos is generally warmer and more humid than the rest of the Highlands. A spring rising at the base of the hills provided a source of drinking water for the population.

Chalcatzingo connected trade routes between Guerrero, the Valley of Mexico, Oaxaca, and the Gulf Lowlands.

The village contained a central plaza area, designated Terrace 1, downhill from elite residences. Terrace 25 is composed of a sunken patio of a style seen at Teopantecuanitlan. In the center of this sunken patio is a tabletop altar reminiscent of those at La Venta and San Lorenzo Tenochtitlán, both lowland Olmec centers.

Structure 4 is Chalcatzingo’s largest structure, an almost-square platform measuring approximately 70 m (230ft) on each side. Burials of high-status individuals have been excavated here, with jade ornaments and a magnetite (iron ore) mirror. Most of the village's burials were located under the floors of houses—individuals representing the whole variety of social statuses were buried this way.

Chalcatzingo is perhaps most famous for its bas-relief carvings. Most of the 31 known monuments occur in three distinct groupings: two on Cerro Chalcatzingo and the third on the terraces within the actual settlement.

Drawings of these carvings have been made, but molds were taken of many of them before any drawings were taken. The process of making those molds tended to destroy fine lines and actually tore small portions of the stone out.

The first group of reliefs lies high on the hillside of Cerro Chalcatzingo. Their apparent common theme of rain and fertility has led Kent Reilly to name this the Water Dancing Group.

This group is dominated by the best known carving from Chalcatzingo: Monument 1, also known as "El Rey" (The King). "El Rey" is a life-size carving of a human-like figure seated inside a cave with a wide opening. The point of view is from the side, and the entire cave appears cross-sectional, with the cave entrance is seen to the right of the figure. The cave entrance is as tall as the figure, and scroll volutes (perhaps indicating speech or perhaps wind) are issuing from it. The cave in which the figure sits is equipped with an eye, and its general shape could suggest that of a mouth.

The seated figure, "El Rey", is dressed ornately. He or she is seated on an elaborate scroll holding another scroll. Since this carving is situated above a major natural water channel that once supplied water to Chalcatzingo, the scene has been interpreted as a leader using his power to bring water to the region. However, "El Rey" has also variously been identified as a rain deity, the "God of the Mountain" - a forerunner of the Aztec's Tepeyollotl, or as the jaguar god who inhabits the caves.

In addition to "El Rey", the Water Dancing Group includes five smaller bas-reliefs, all depicting various saurian-like creatures sitting atop scrolls underneath exclamation-like objects (again most likely raindrops) falling from what appear to be clouds. These five bas-reliefs—Monuments 5/6, 8, 11, 14, and 15—stretch eastward from Monument 1, separated from it by Cerro Chalcatzingo’s primary natural water channel. These bas-reliefs can only be viewed sequentially, which leads some researchers to suggest that they are likely a pictorial or processional sequence.

The second group also consists of bas-reliefs, but they have been carved upon the loose stone slabs and boulders at the foot of the mountain rather than on the mountainside. They are larger than those of the Water Dancing group (all but "El Rey") and the carvings primarily depict fantastic creatures dominating outlined human figures:

According to UIUC archaeologist David Grove, these four reliefs likely illustrate "a sequence of mythical events important in the cosmogony of the peoples of Chalcatzingo".

While these first five occur in a processional arrangement, a sixth carving of this group, labelled Monument 13, is considerably downhill. It depicts a supernatural anthropomorphic being with the cleft head often found in Olmec iconography. Like "El Rey", it is seated within the quatrefoil mouth of what is likely a supernatural creature.

Monument 9 is a sculpture that may represent the cave in Monument 1 from a head-on point of view. The sculpture is flat and contains a large hole in the middle that would correspond to the shape of the cave entrance. Above that hole are two eyes, similar to the eye in Monument 1.

Chalcatzingo contains what may be the earliest representation of a woman in Mesoamerican monumental art on Monument 21. The monument is a stela, and depicts a woman dressed in sandals, a skirt, and a head covering. She is holding a bundle tied with bands. This image possibly represents a woman with her marriage dowry.

While Chalcatzingo is perhaps best known for its bas-relief carvings, taken to infer an Olmec presence in the prehistoric community, the bulk of the evidence from this site indicates that it was a vibrant presence in the Mexican Central Highlands owing little to any Olmec incursion or contact. The Central Mexican identity can perhaps best be appreciated by contrasting the character of the monumental art with the numerous anthropomorphic figurines recovered at Chalcatzingo. These figurines, which are clearly within an indigenous Central Mexican tradition, may be thought of as depicting the people who lived in Morelos at the dawn of Mesoamerican civilization.

Like other Formative period culture centers, Chalcatzingo declined in importance but, unlike centers on the Gulf Coast, the site was not abandoned. The location has clear evidence of a minor occupation in the Late Formative Period and served as a minor ceremonial center during the Classic period. However, by 500 BCE Chalcatzingo had lost its centrality in Mexican Highland culture. This occurred some 400 years after San Lorenzo was abandoned, and 100 years before the abandonment of La Venta. Chalcatzingo’s decline coincided with the development of widespread settlement clusters throughout the Morelos region, consisting mainly of small farming villages. Over 1000 years after Chalcatzingo’s abandonment, the Late Classic settlement Xochicalco reached its peak in Morelos between 700–900 CE.

The Great Pyramid of Cholula, also known as Tlachihualtepetl (Nahuatl

Uriarte Talavera is a traditional Talavera enterprise in the city of

The Amparo Museum, located in the historic center of Puebla, is one of

The Biblioteca Palafoxiana is a library in Puebla, Mexico. Founded in 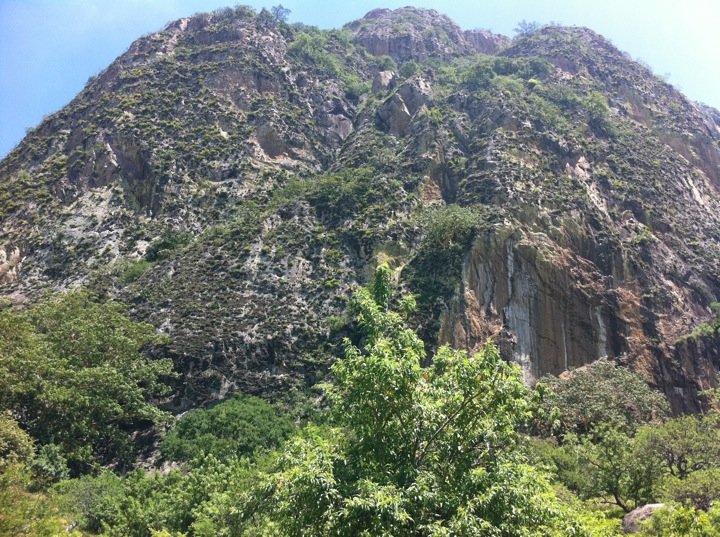 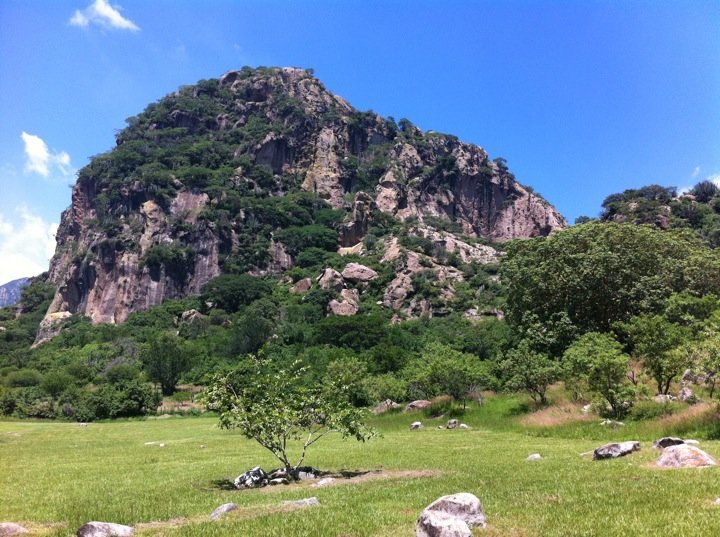 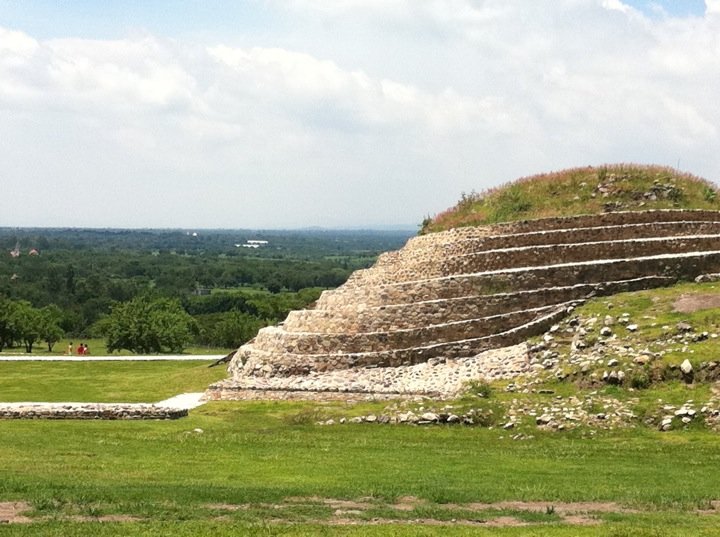 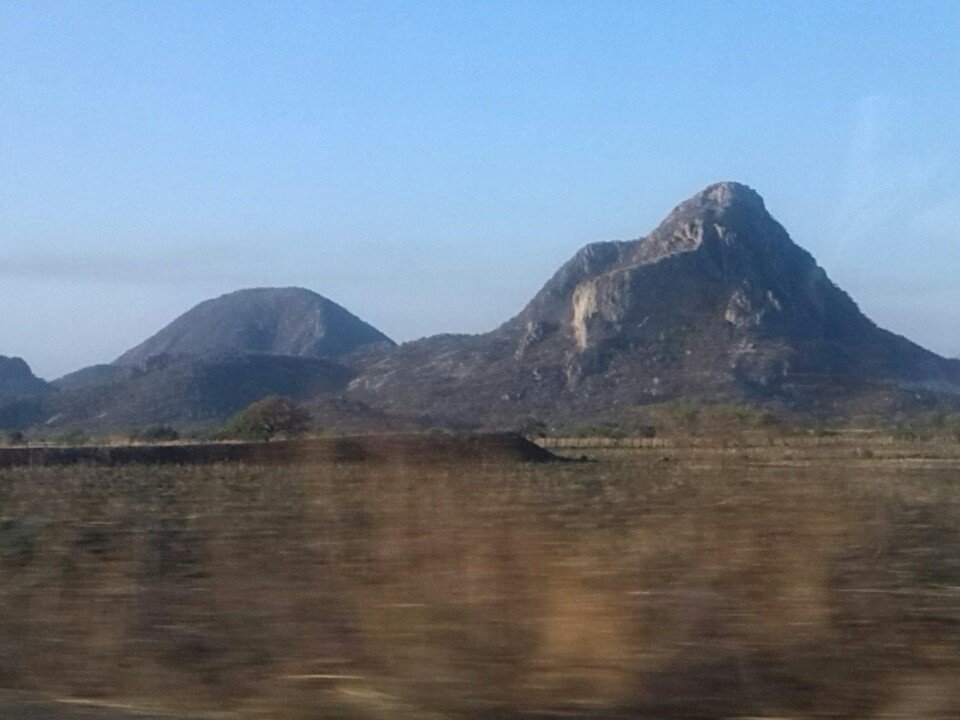 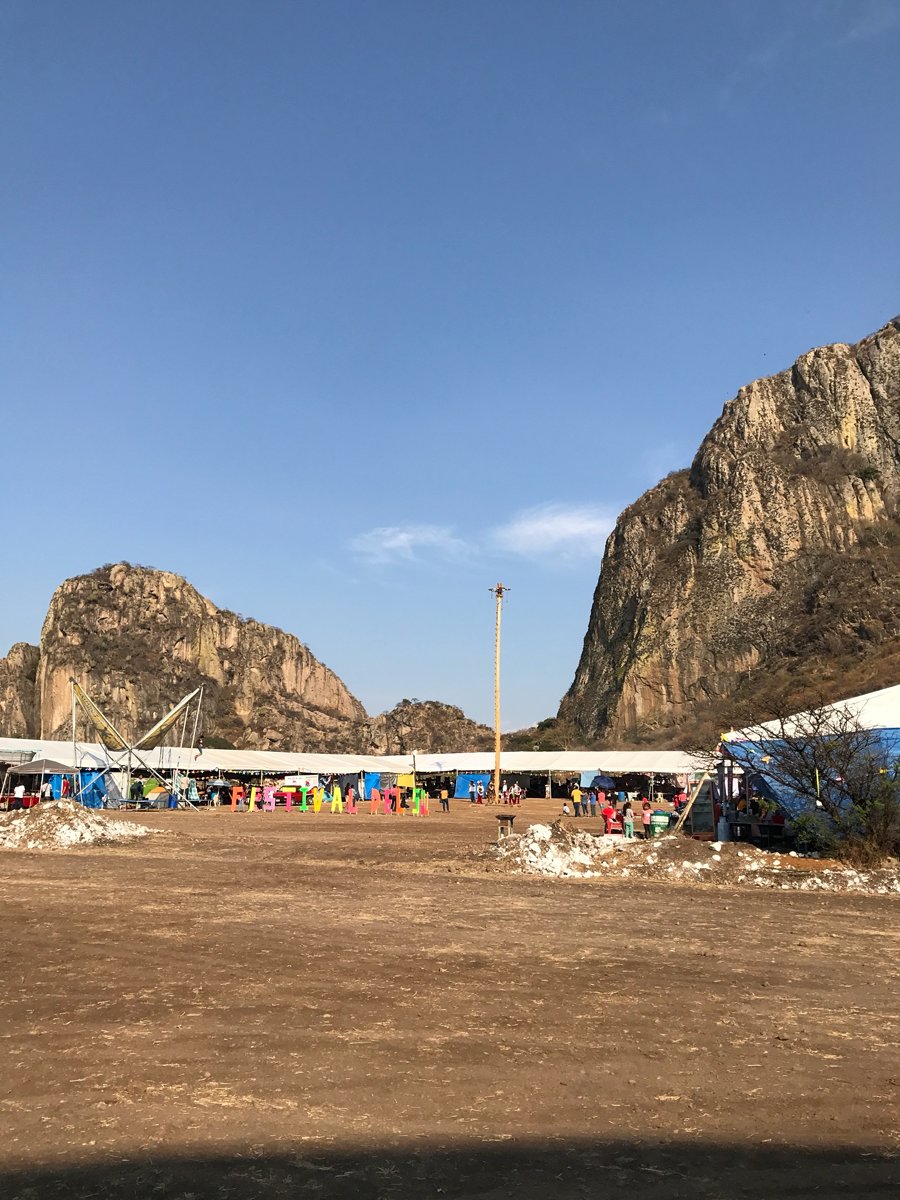 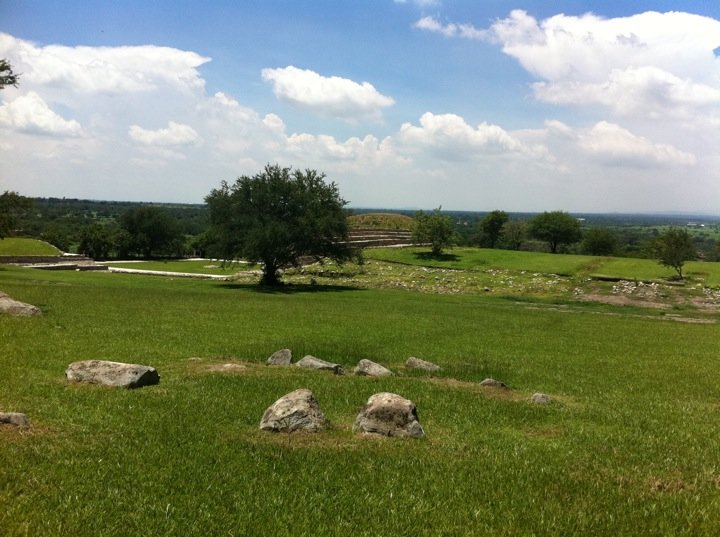 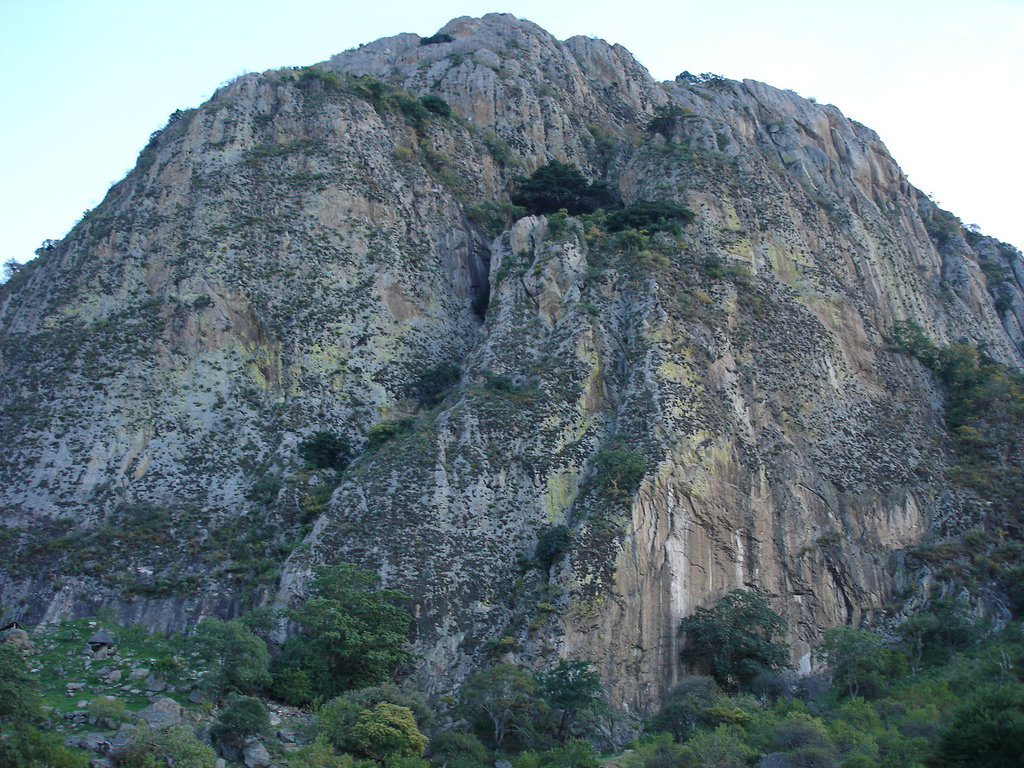 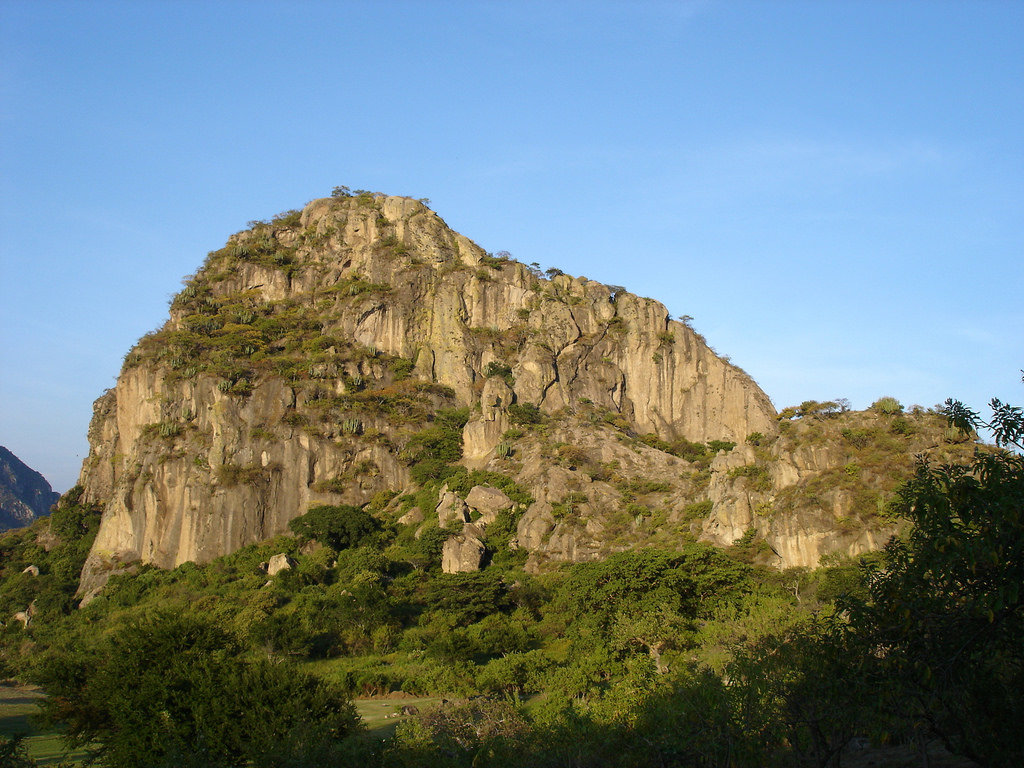 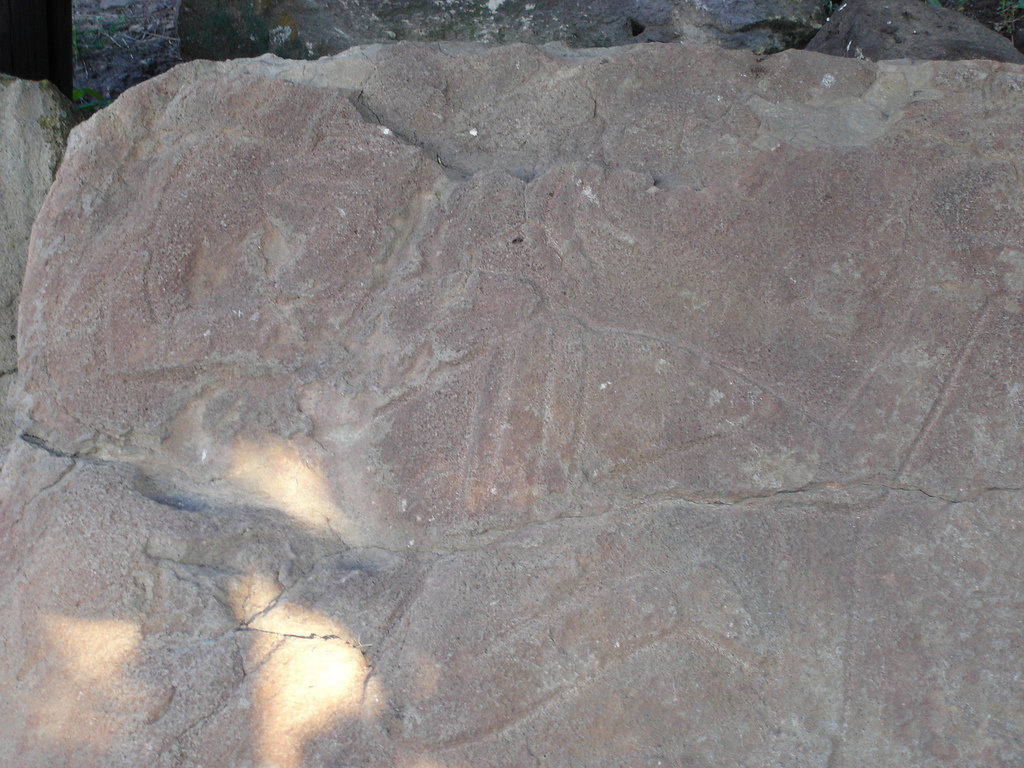 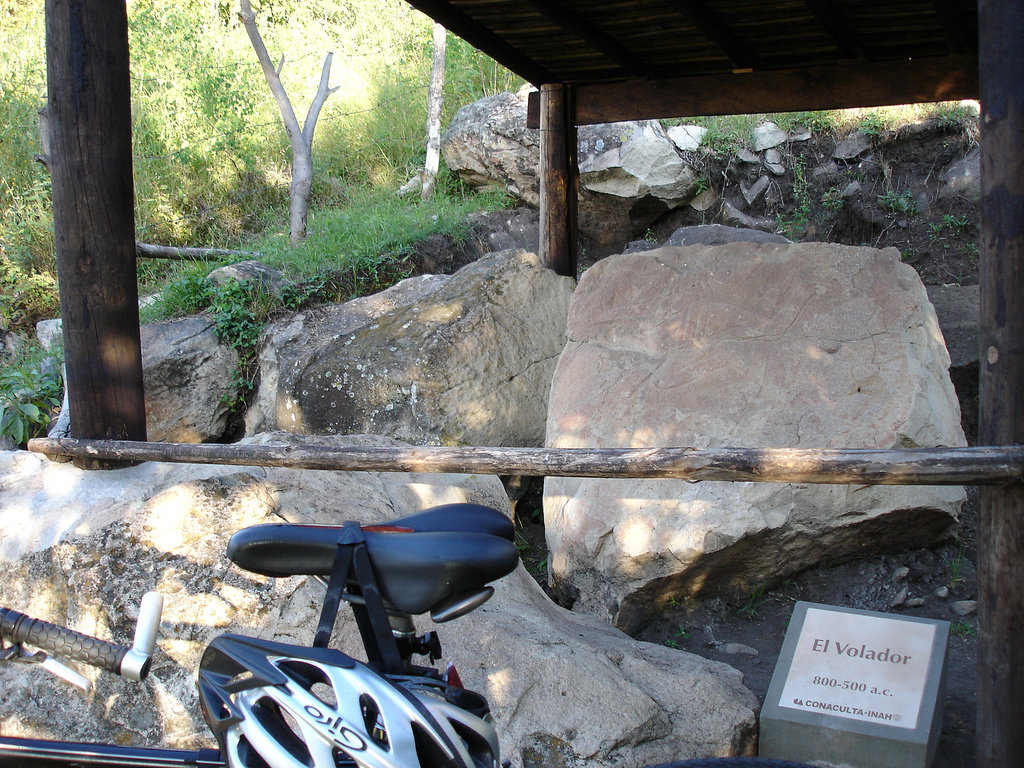 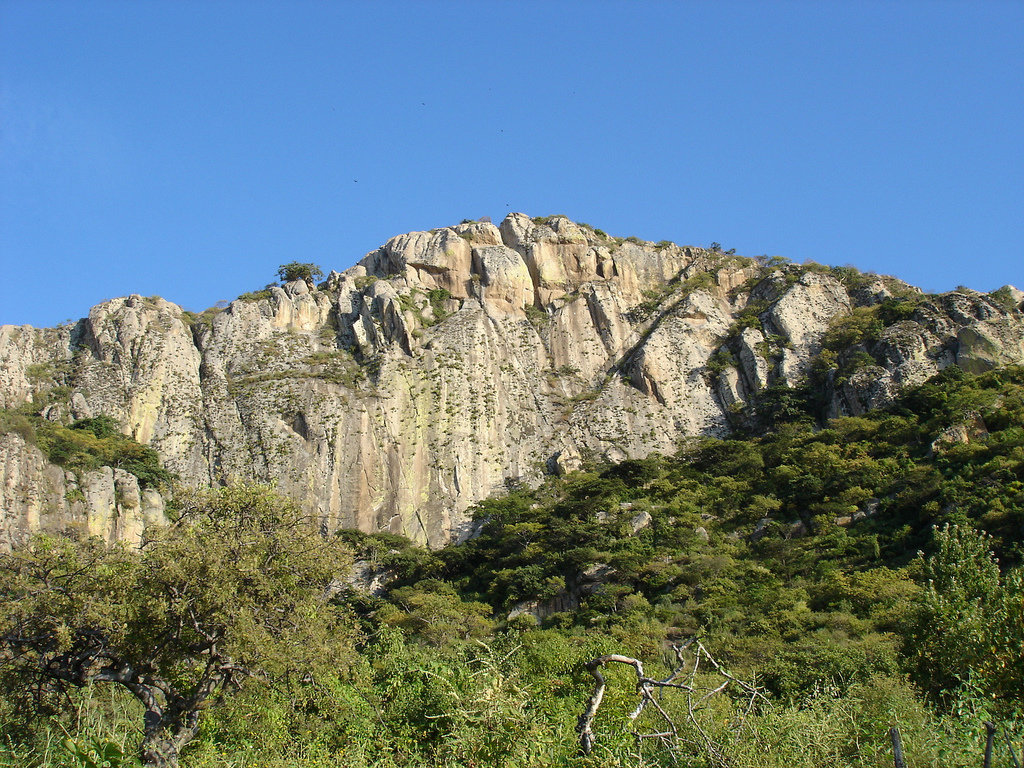 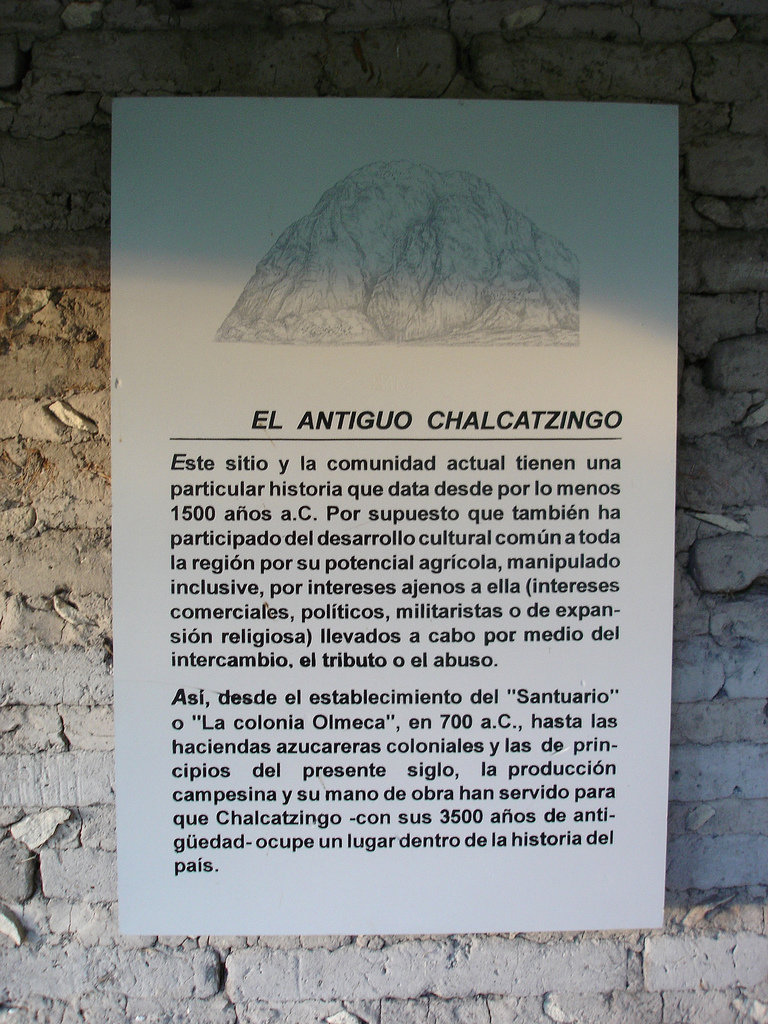 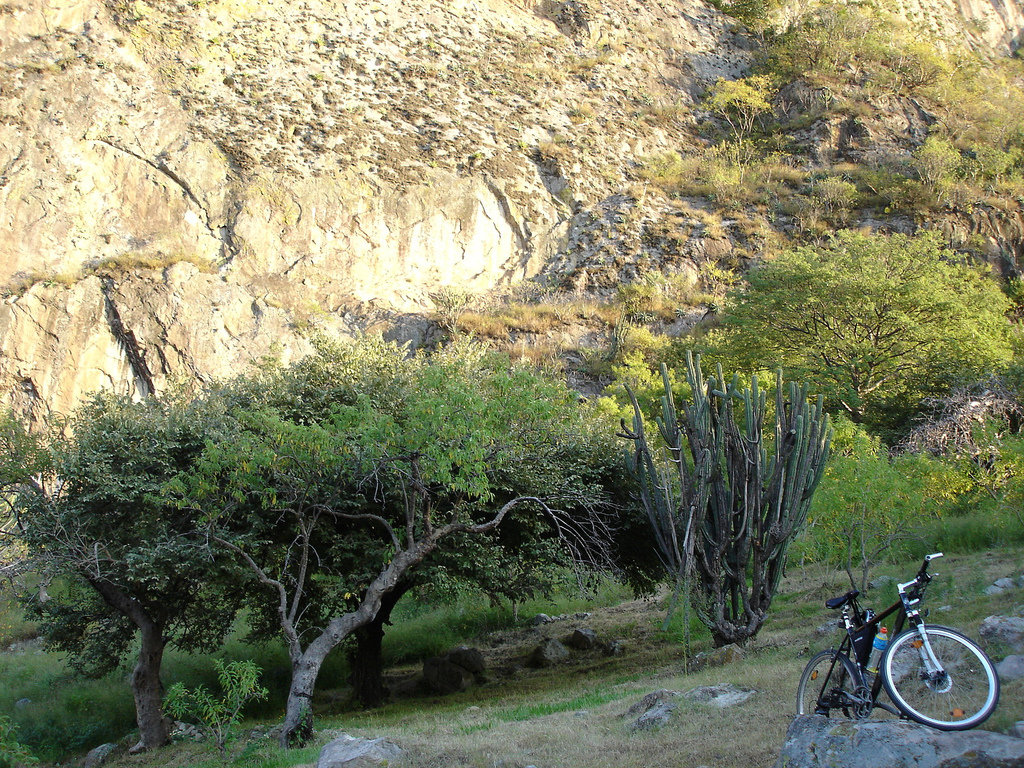 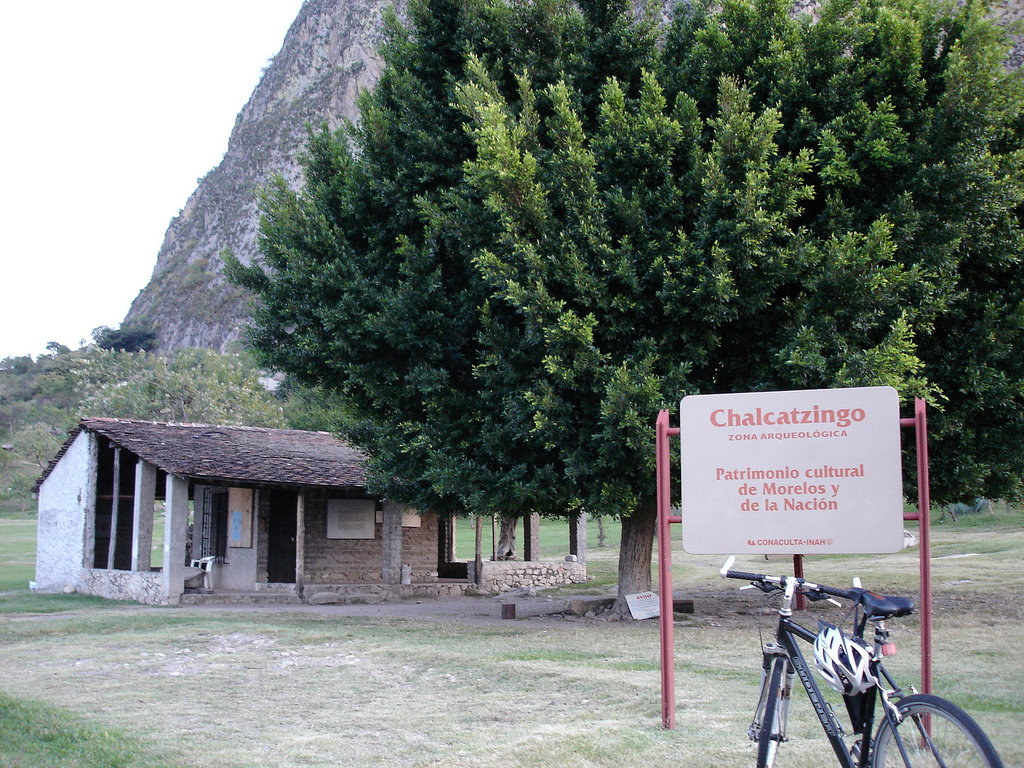 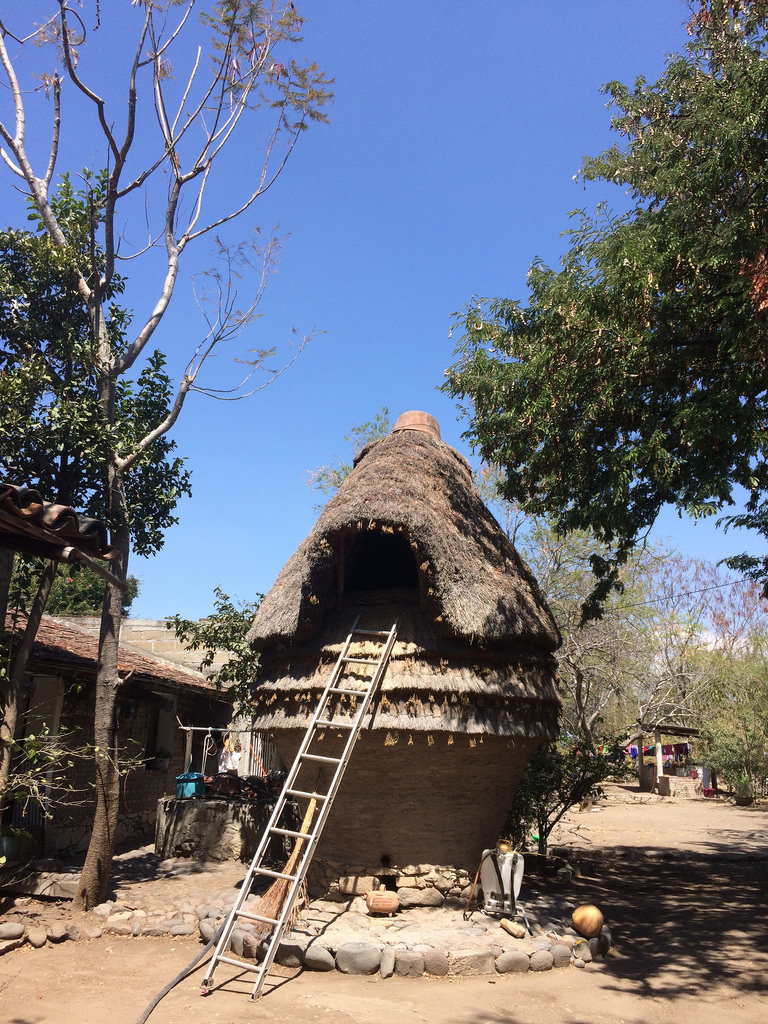 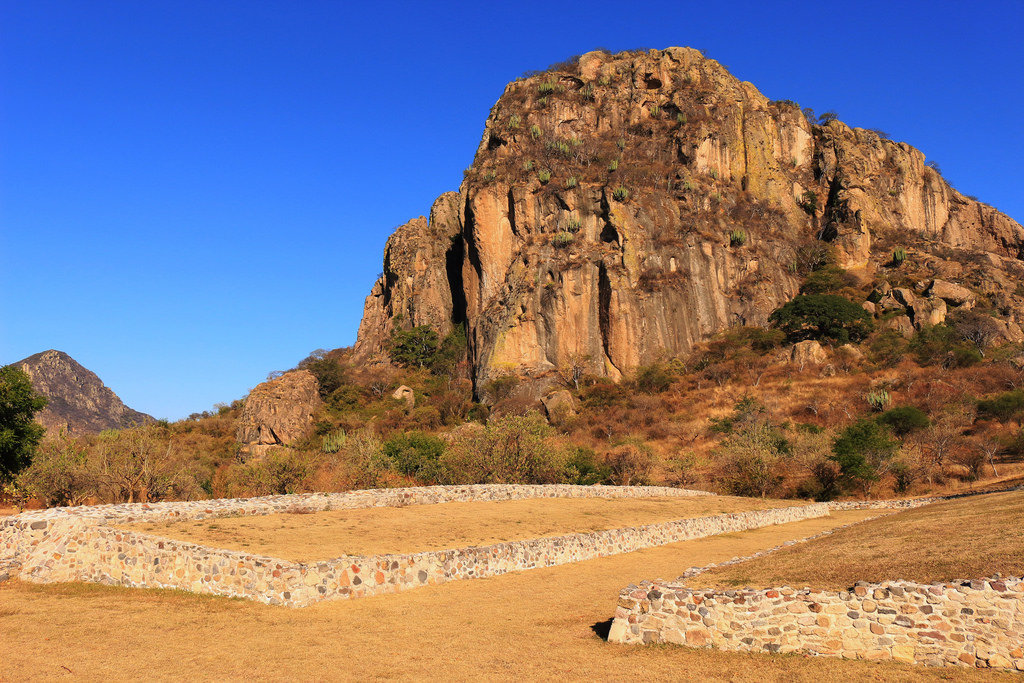 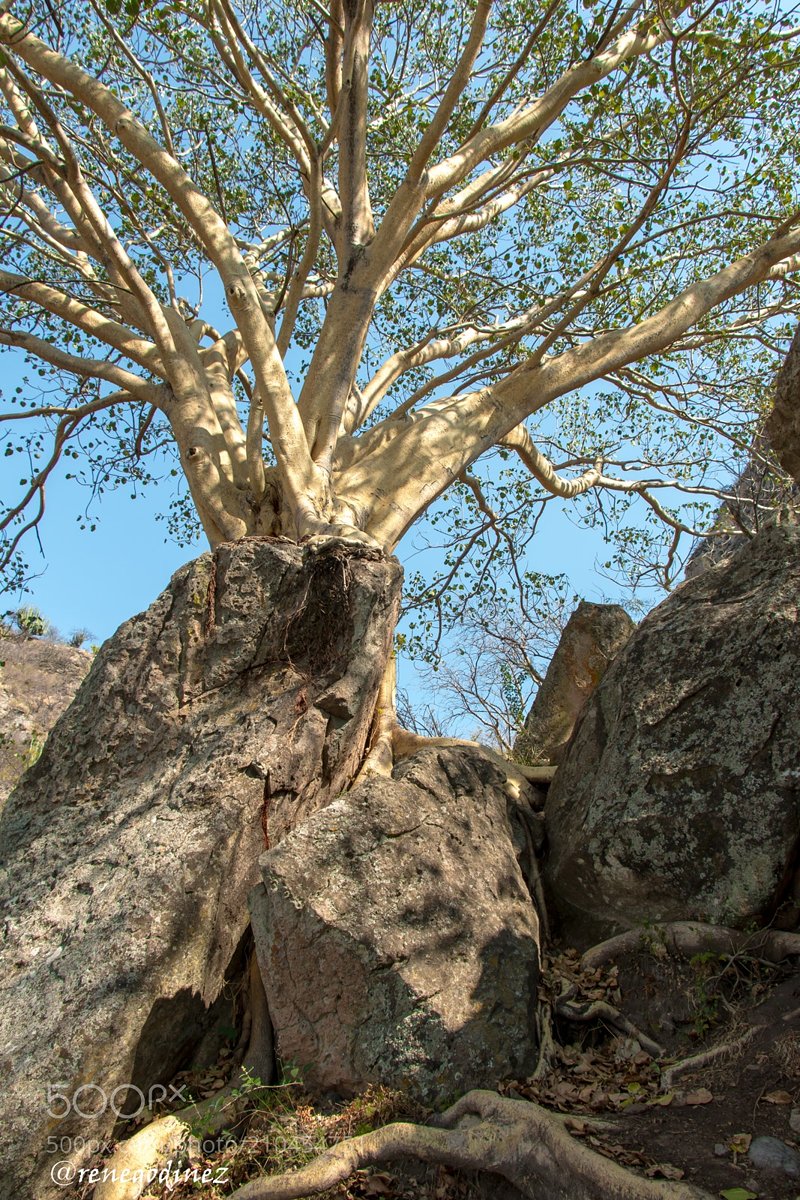 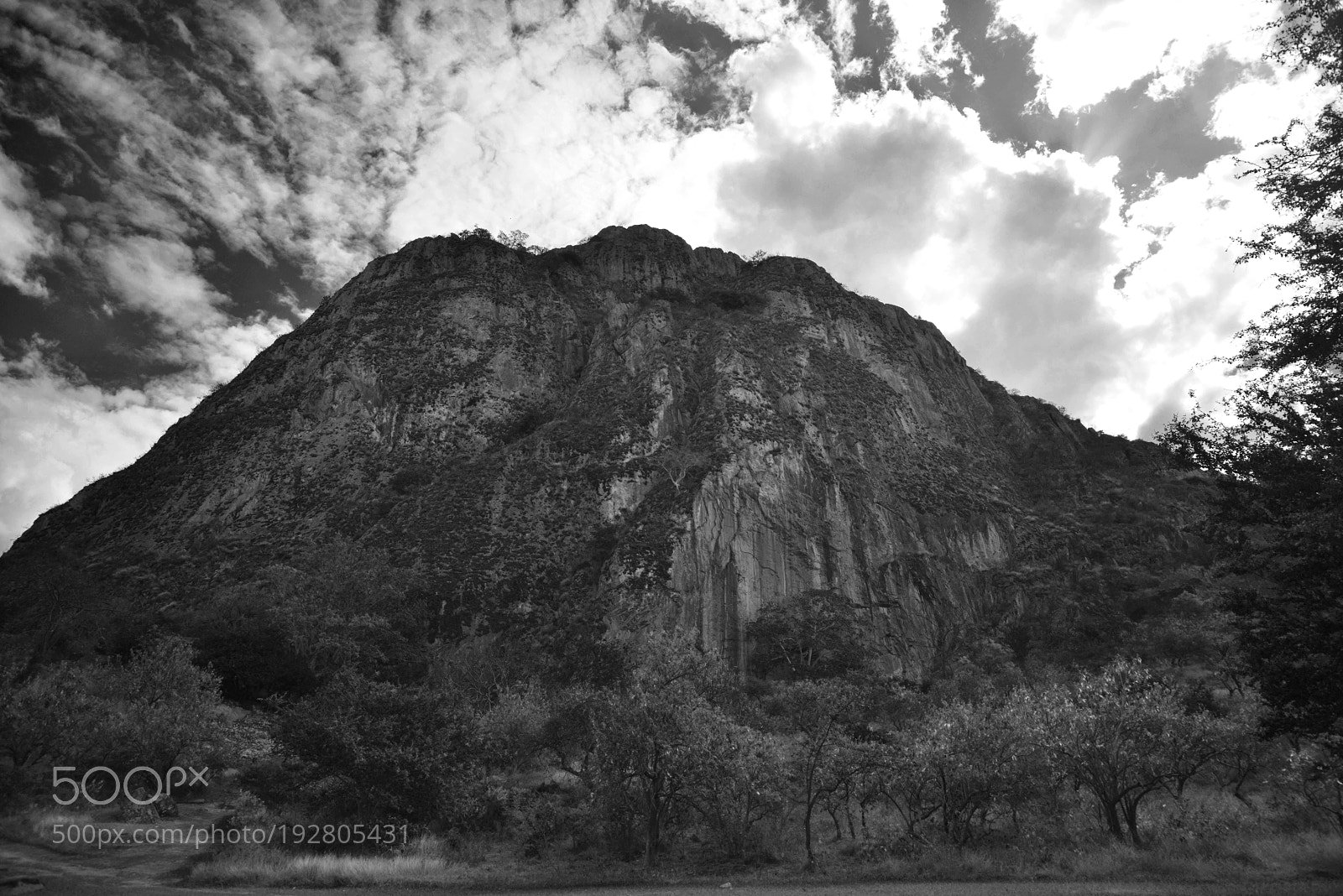 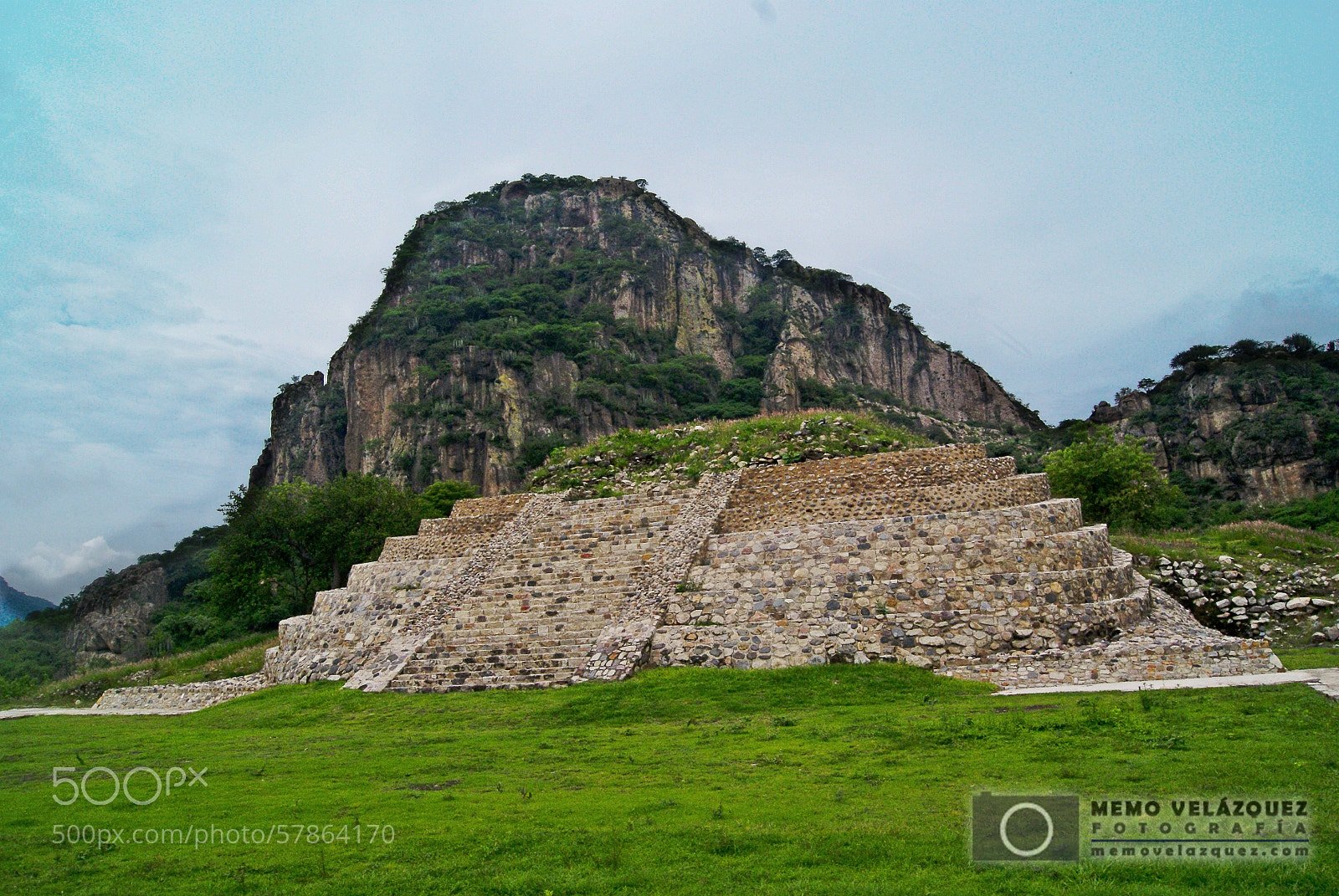 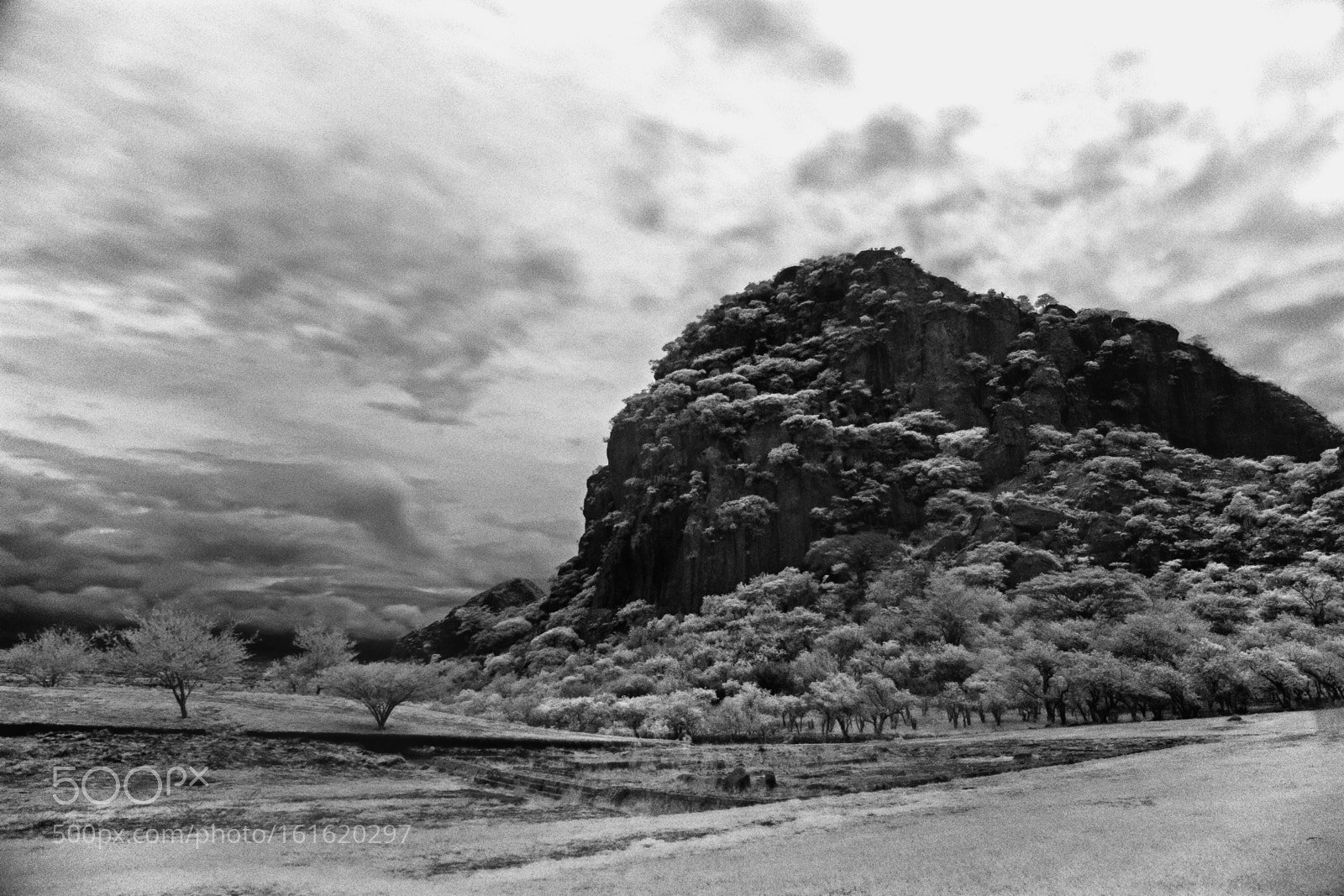 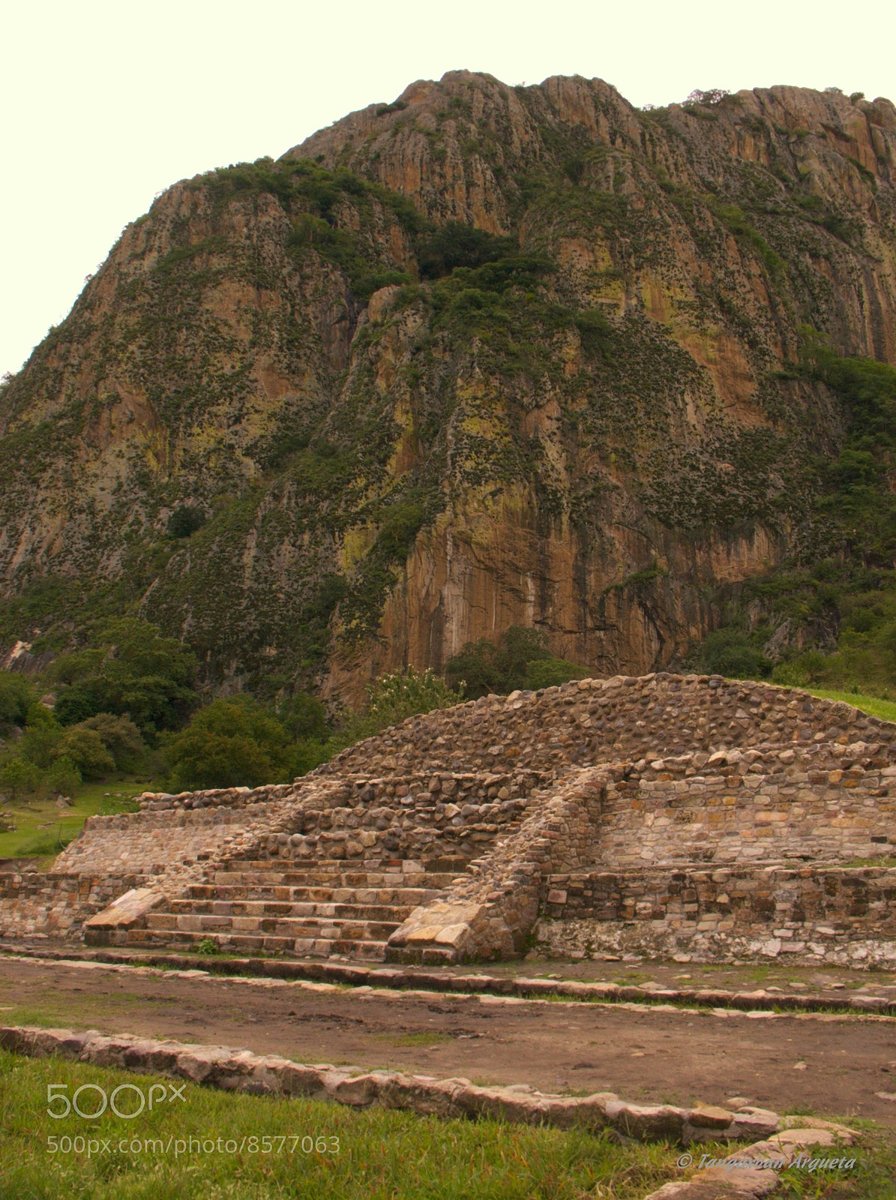