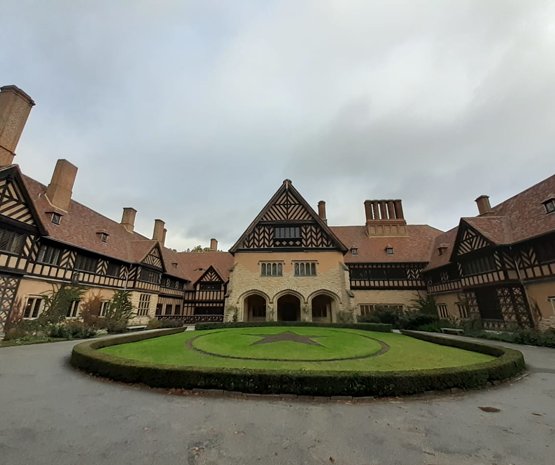 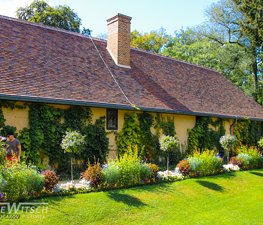 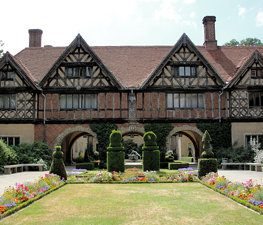 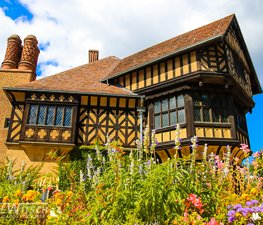 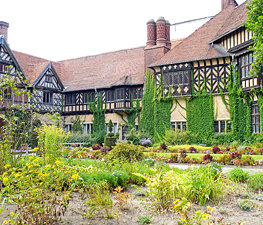 Schloss Cecilienhof is a palace in the northern part of the Neuer Garten park in Potsdam, close to the Jungfernsee lake. Since 1990 it is part of the Palaces and Parks of Potsdam and Berlin UNESCO World Heritage Site.

Cecilienhof was the last palace built by the Hohenzollern family. Emperor Wilhelm II of Germany had it erected for his son Crown Prince Wilhelm of Germany and the crown prince's wife Duchess Cecilie of Mecklenburg-Schwerin. The house was designed by Paul Schultze-Naumburg to look like an English Tudor country house and built between 1914 and 1917. Its design was based on a house called 'Bidston Court' (later 'Hillbark') on the Wirral Peninsula. which in turn was inspired by Little Moreton Hall. The interior was furnished according to plans by Paul Troost, who originally had designed steamship décors.

The brick and oak timberframe building including 5 courtyards and 55 carved brick chimney tops should have been completed in 1915, nevertheless construction delayed due to the outbreak of World War I and Crown Prince Wilhelm and Cecilie could not move in until August 1917. Wilhelm followed his father into exile one year later, while Cecilie stayed at the palace until she fled from the approaching Red Army in February 1945.

Cecilienhof was the location of the Potsdam Conference between July 17 and August 2 1945. Afore the rooms had been largely refurnished to match the taste of the participants. Winston Churchill, later Clement Attlee, Joseph Stalin and Harry S. Truman met at the round table in the great hall. On July 26, 1945 Churchill and Truman issued the Potsdam Declaration defining the terms for Japanese surrender, while Truman had already given order to prepare the atomic bombing of Hiroshima and Nagasaki.

Today Cecilienhof is a museum as well as a hotel. Queen Elizabeth II visited Cecilienhof on November 3, 2004. On May 30, 2007 the palace was used for the G8 foreign ministers summit.

Joanne Moussa
Didn't visit the inside but worth seeing on the outside, as this is a historical place that hosted the Potsdam Conference at the end of the Second World War.

Guido Gybels
A truly historic location, this Palace in Tudor style, and well worth a visit. Easy to combine with Sans Souci and the Neues Palais. The audio tour is very good and the staff knowledgeable.

Moe
In this palace July 1945 , " The Big Three meeting" has been held between Churchill, Stalin and US president Truman after the WWII to decide how to administer punishment to the defeated Germany

C. L.
Historically important place. Emphasising the end of WW II. The original decoration was lost (with exception of a room or two).

Add to wishlist
I've been here
Visited
Belvedere on the Pfingstberg

The Belvedere on the Pfingstberg (German: Belvedere auf dem

Villa Schöningen is a historic residence in the Potsdam district of

The Orangery Palace (Deutsch. Orangerieschloss) is also known as the 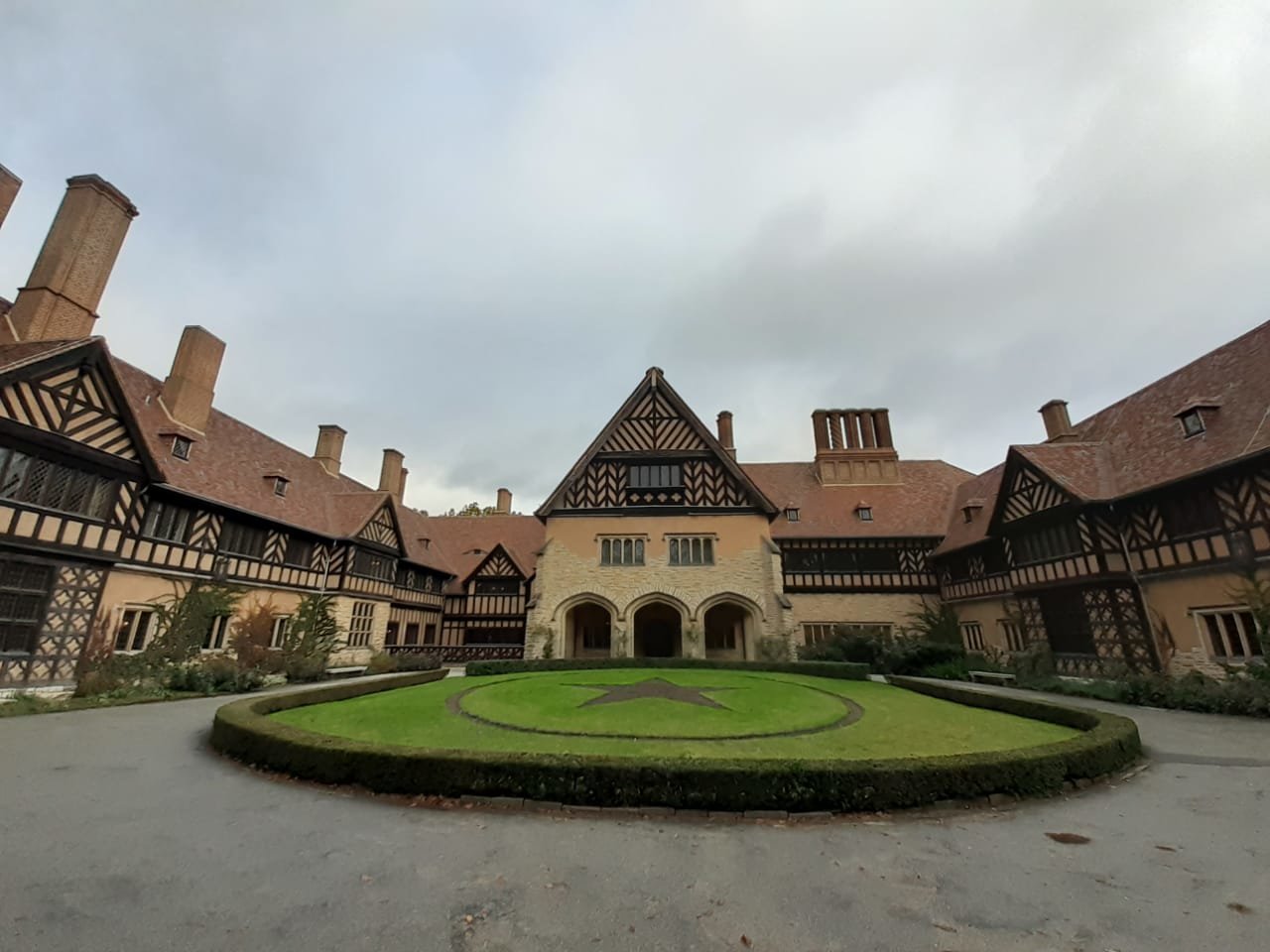 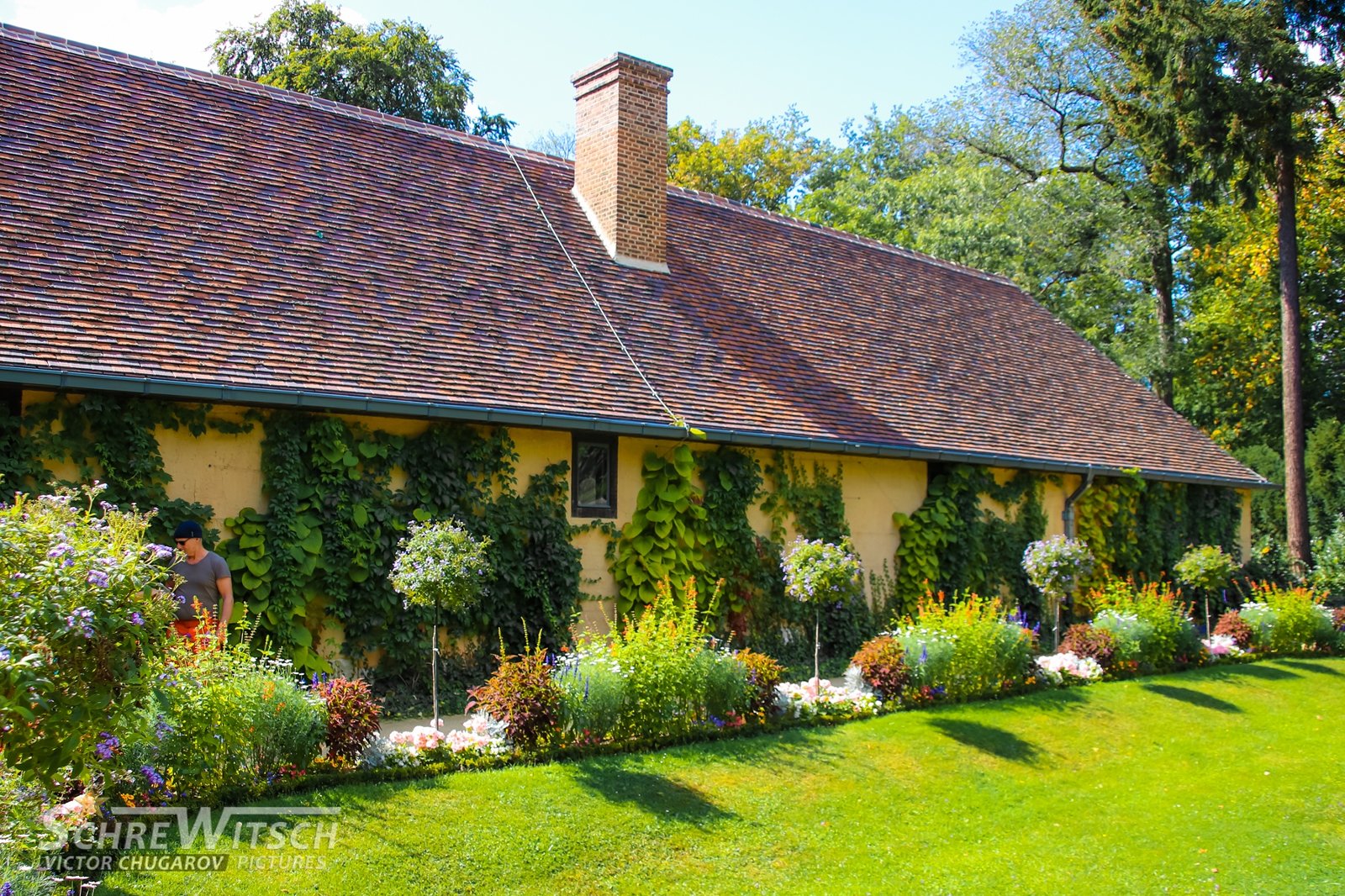 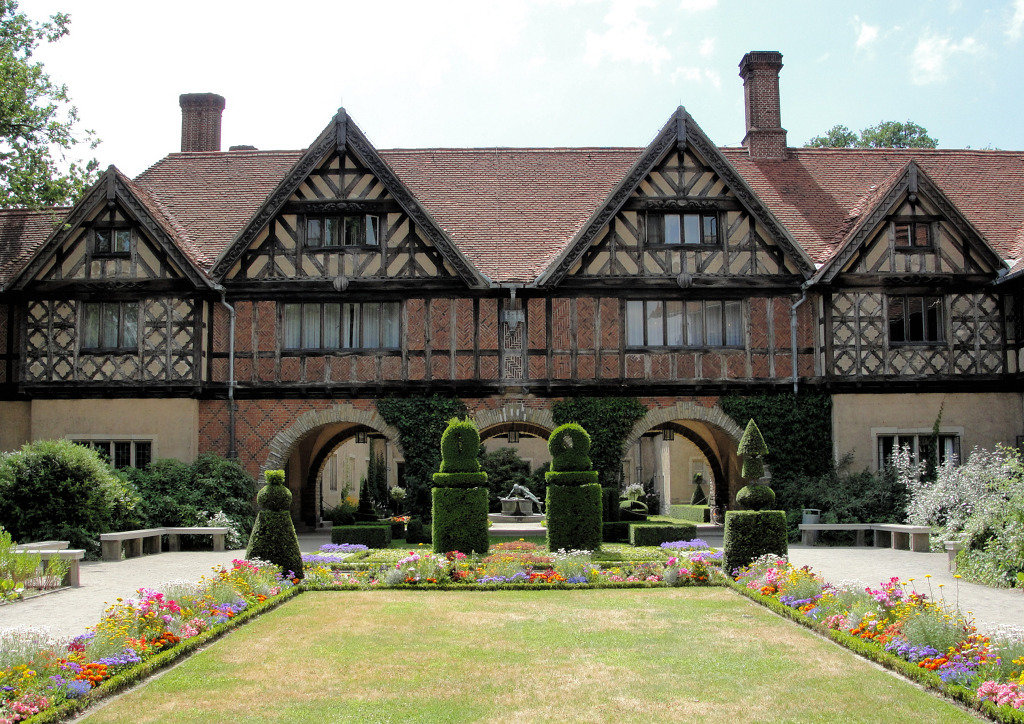 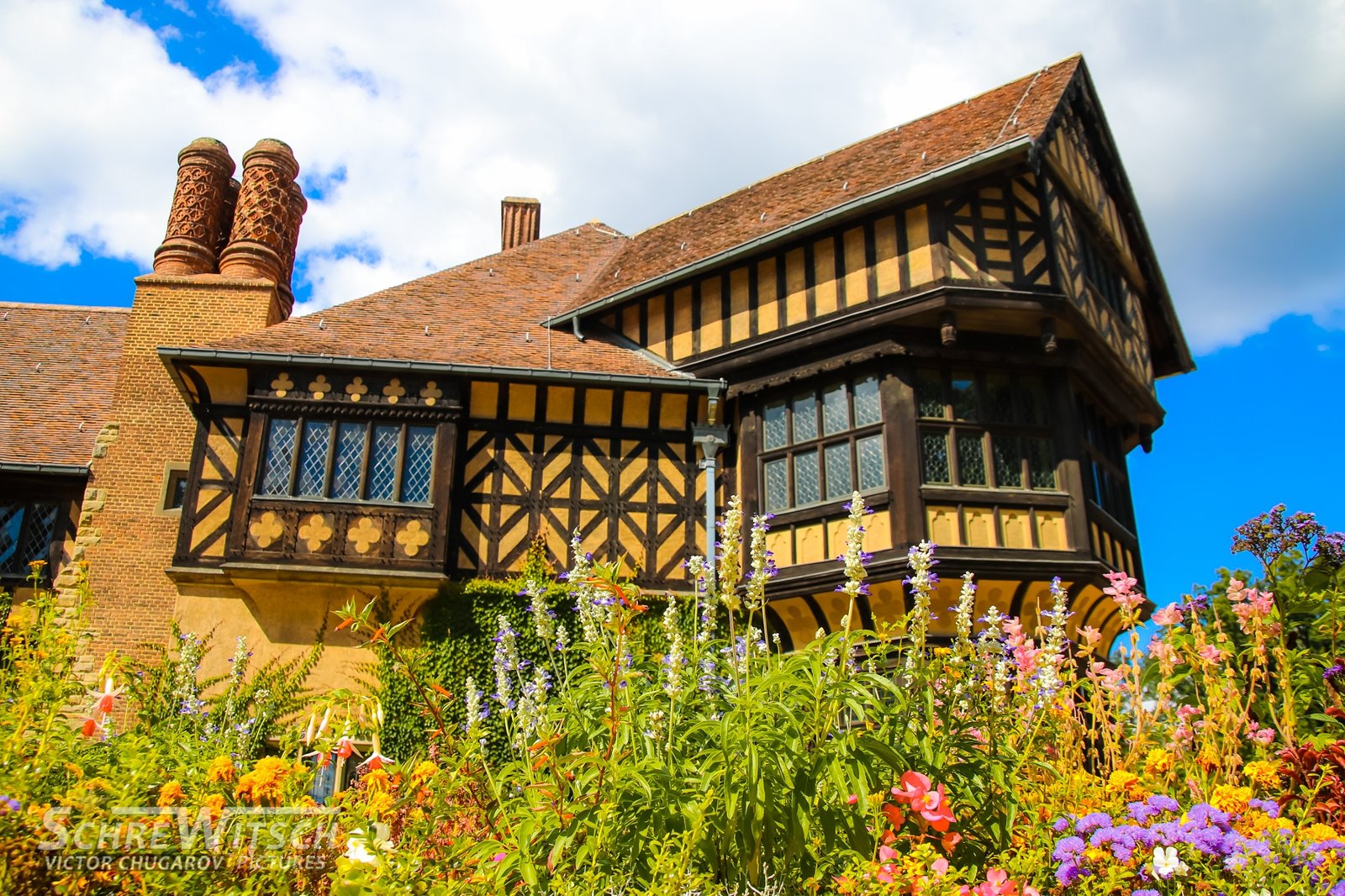 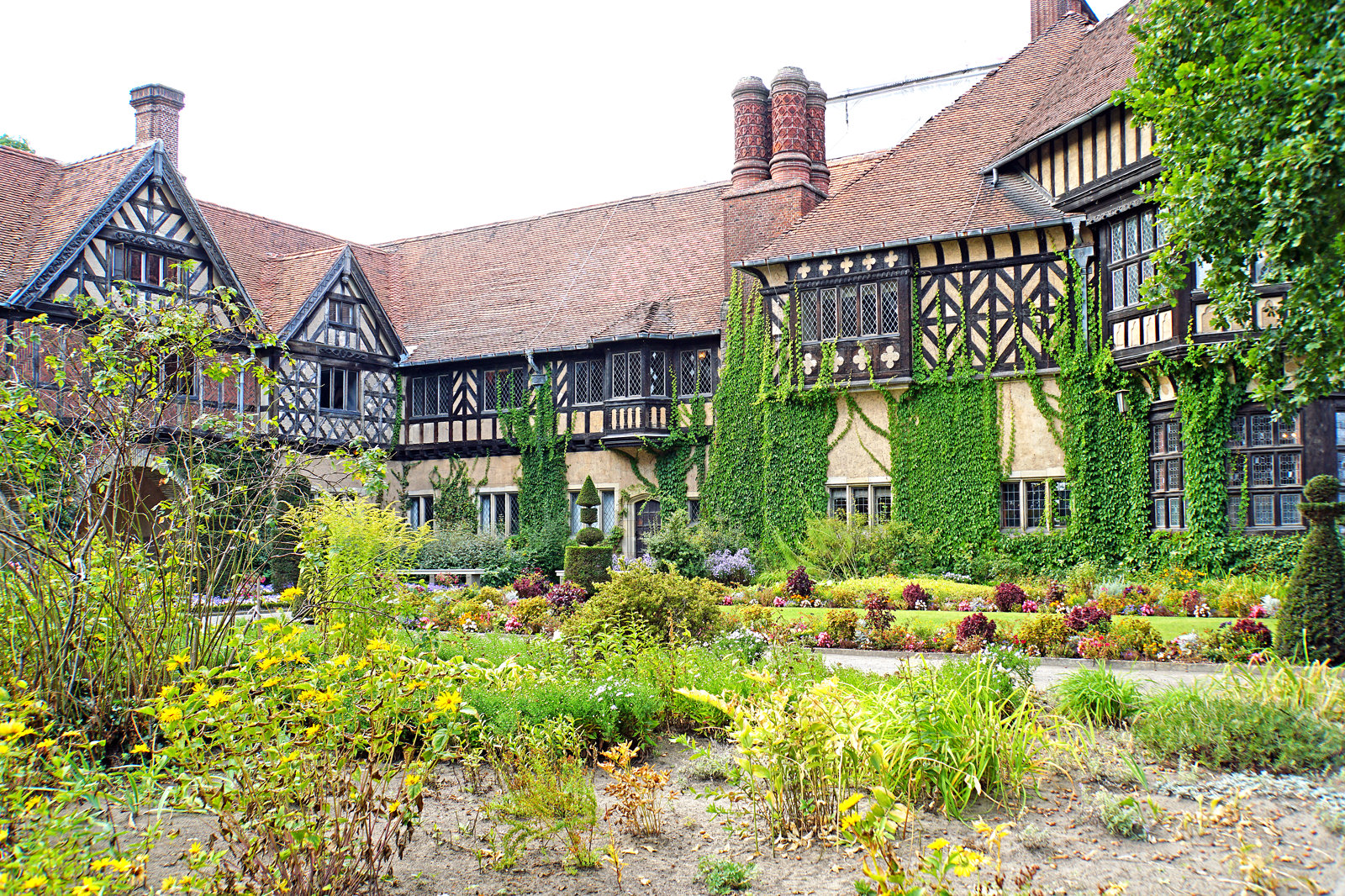 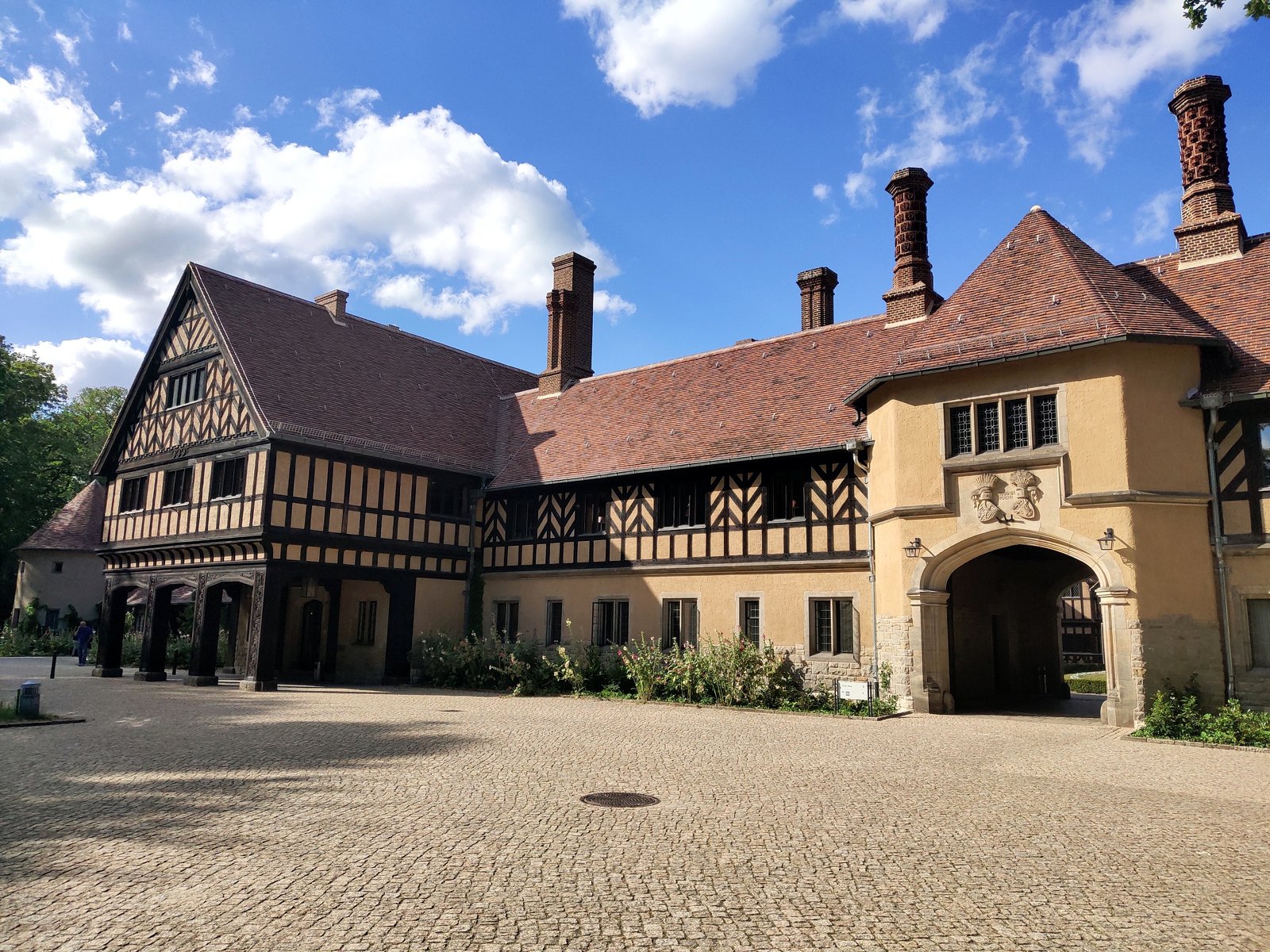 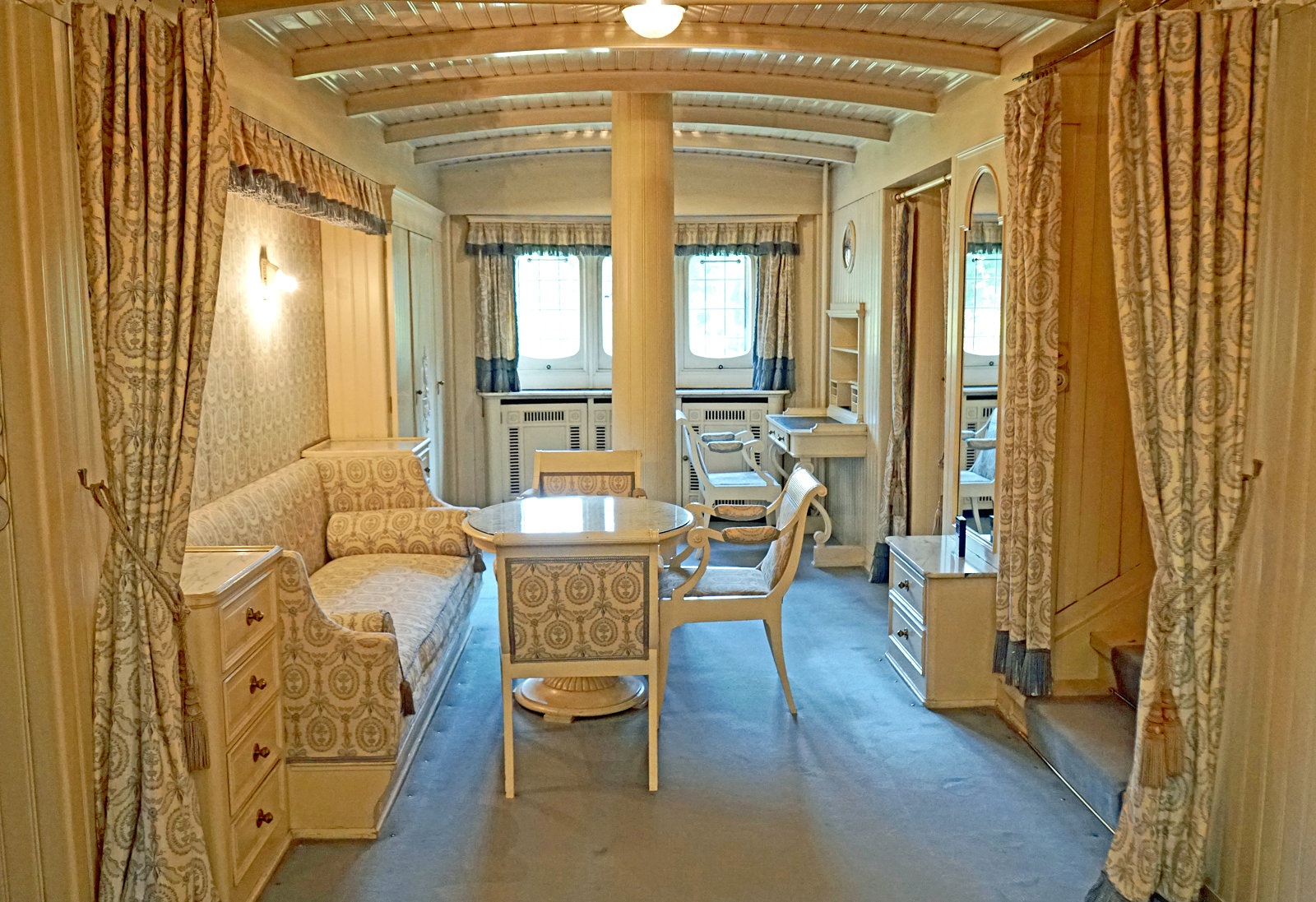 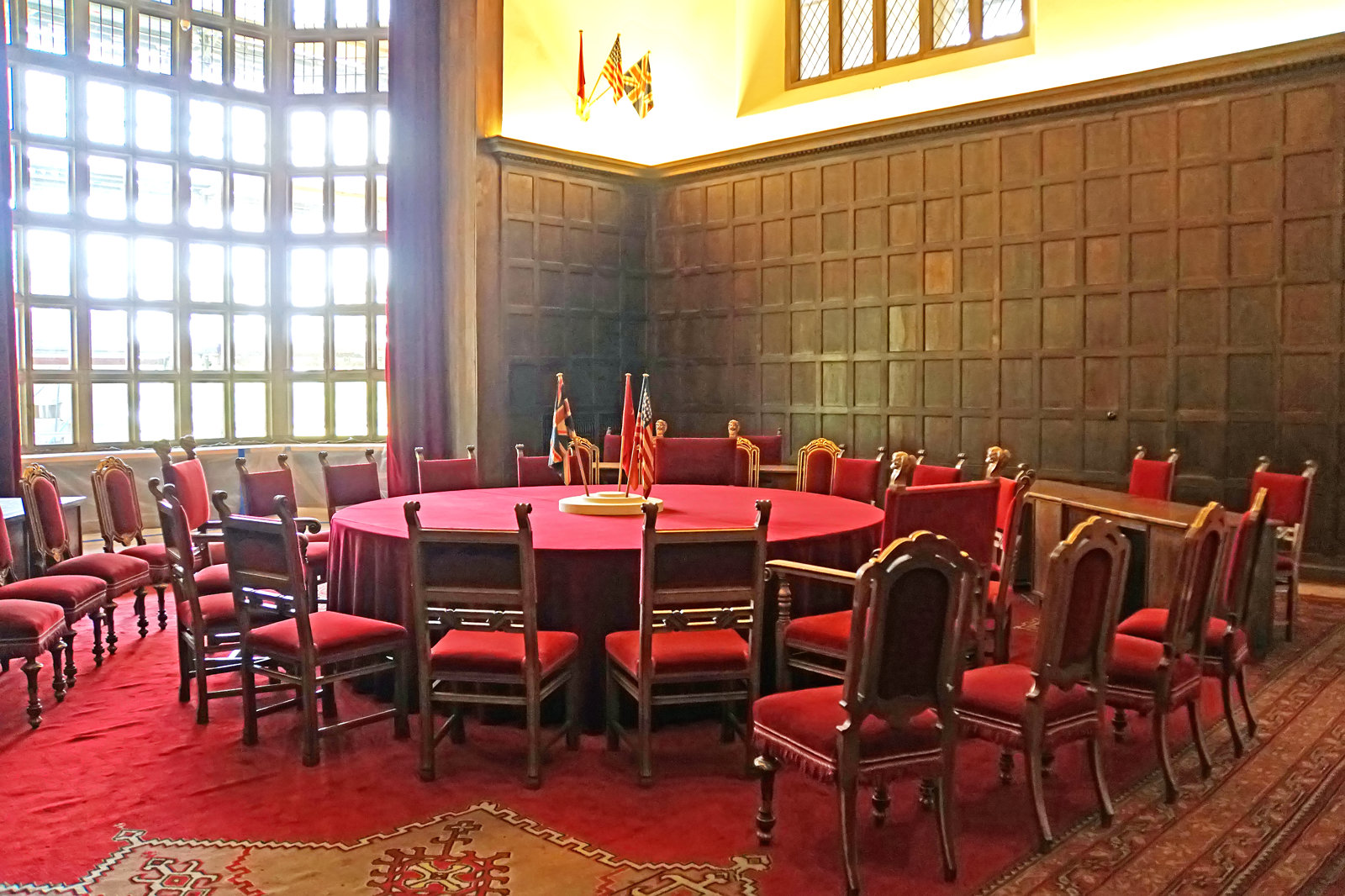 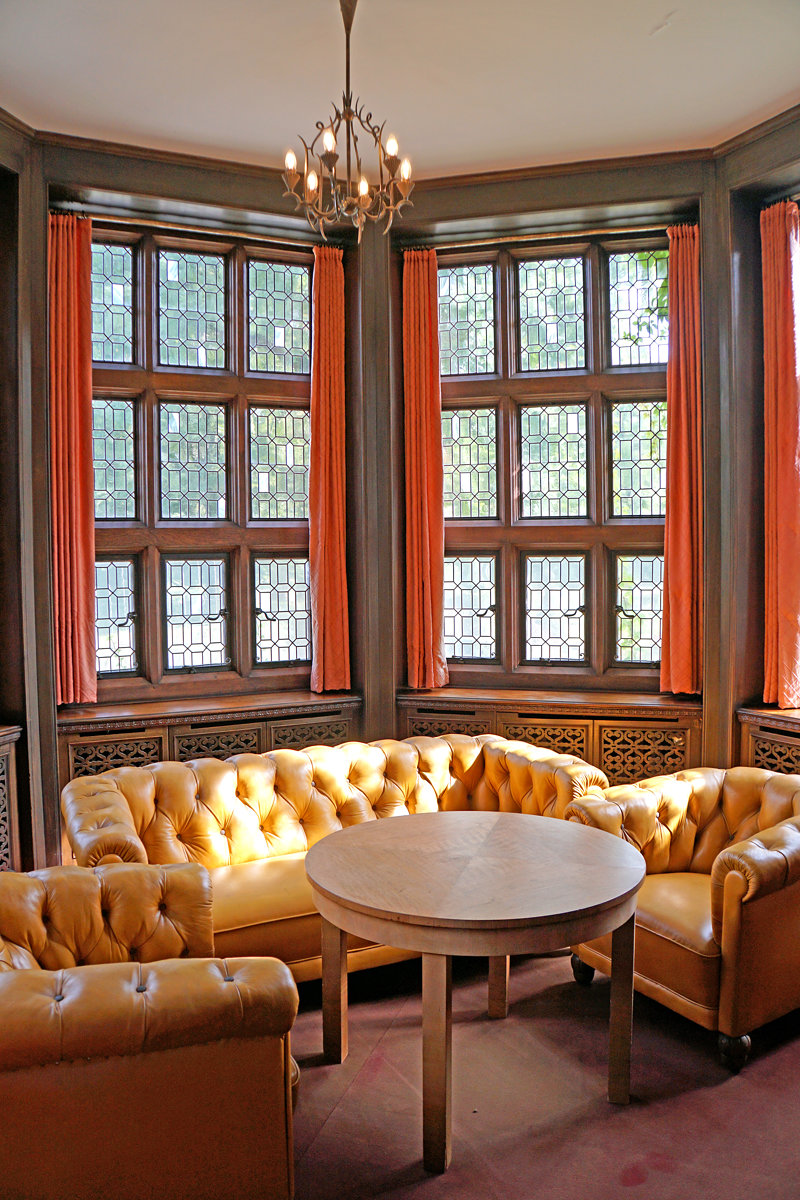 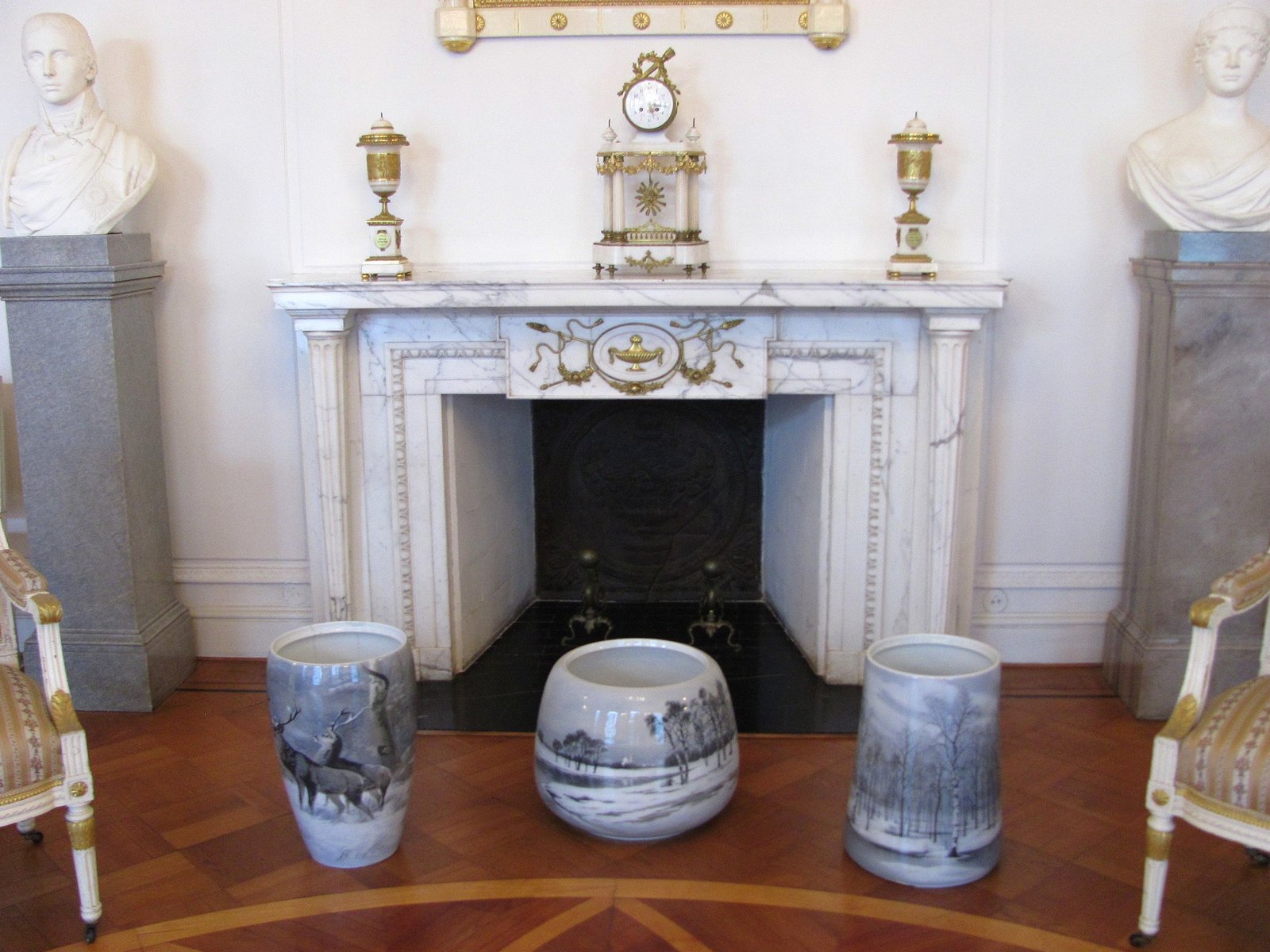 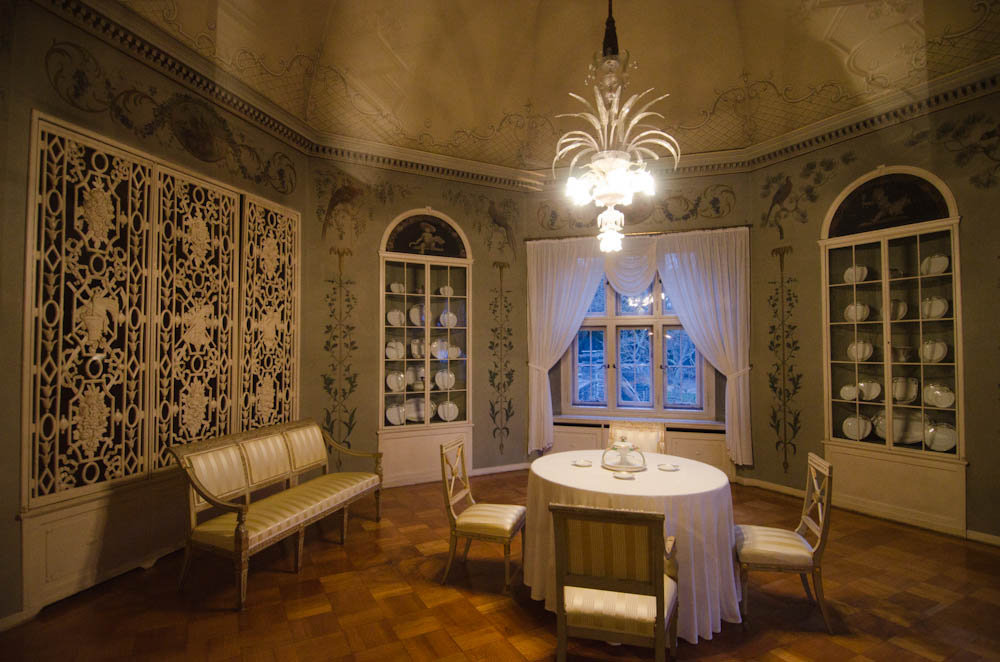 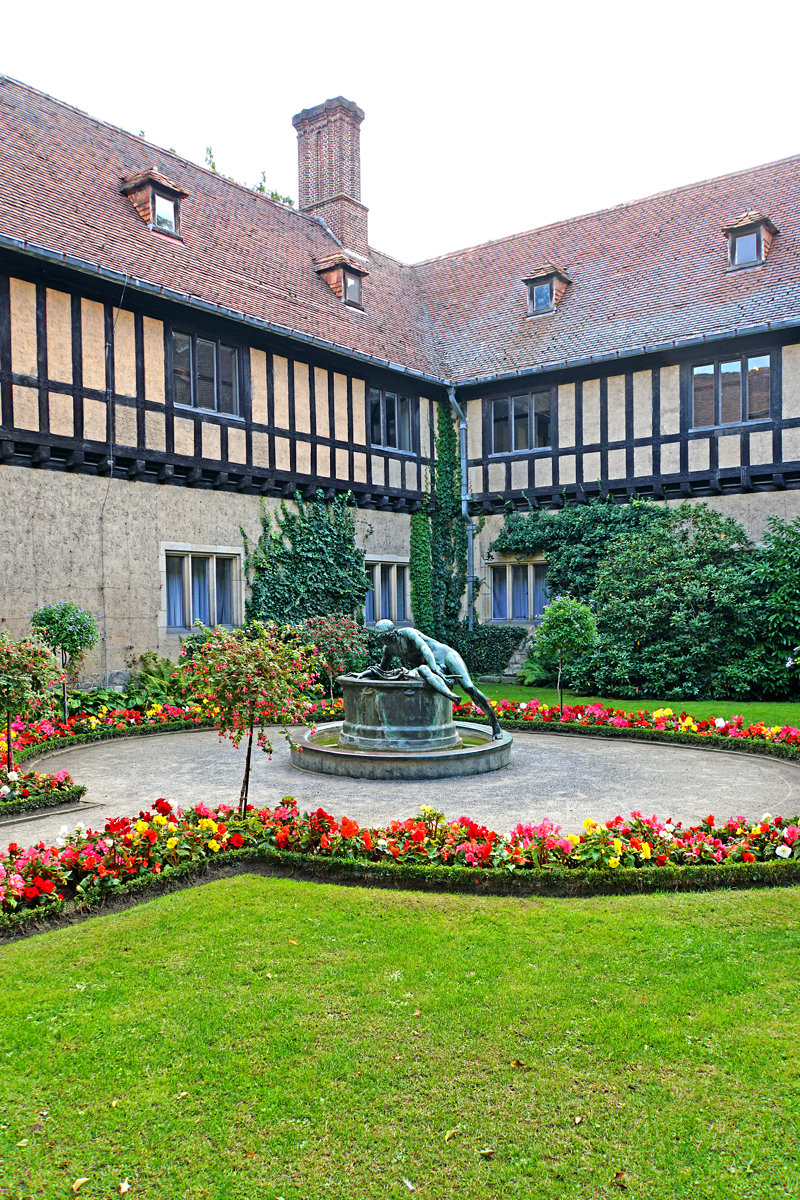 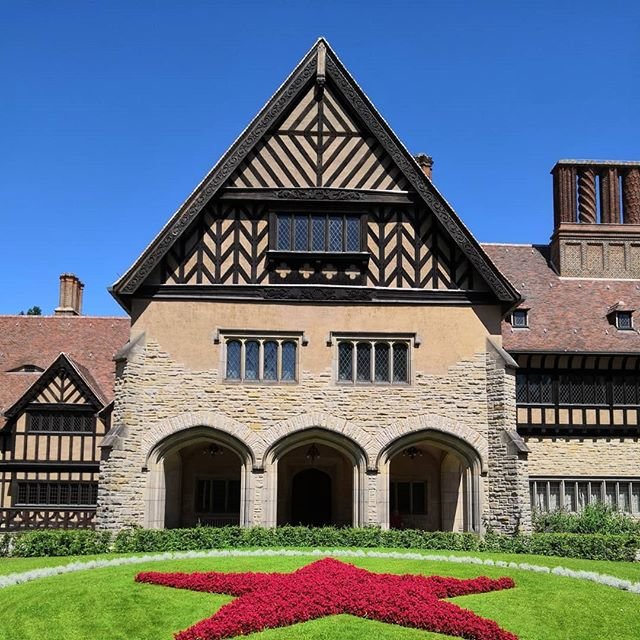 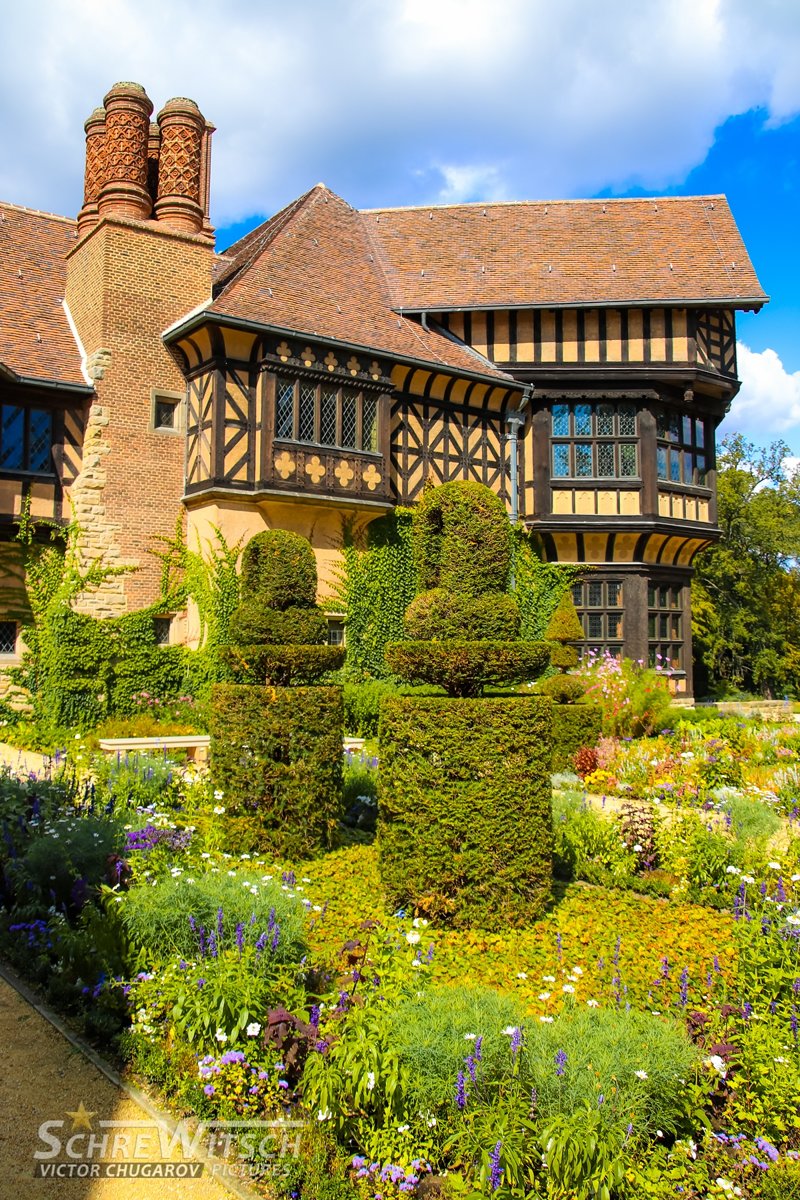 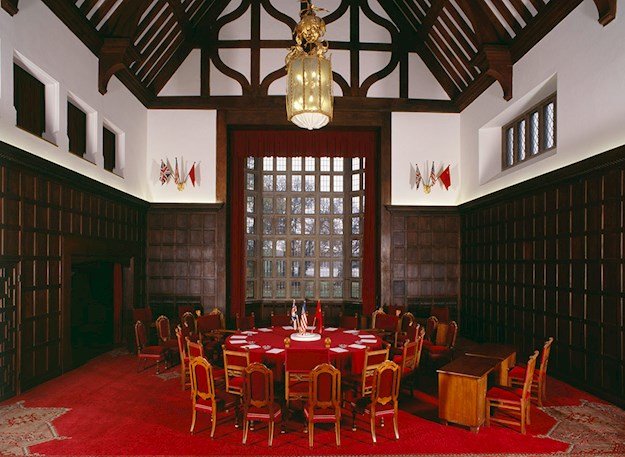 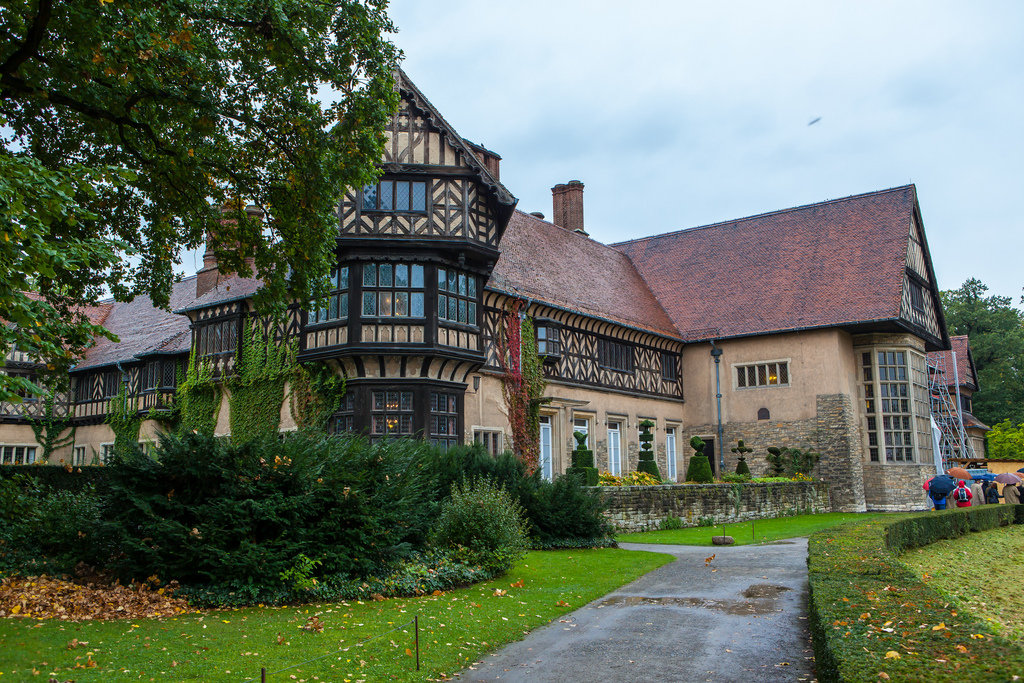 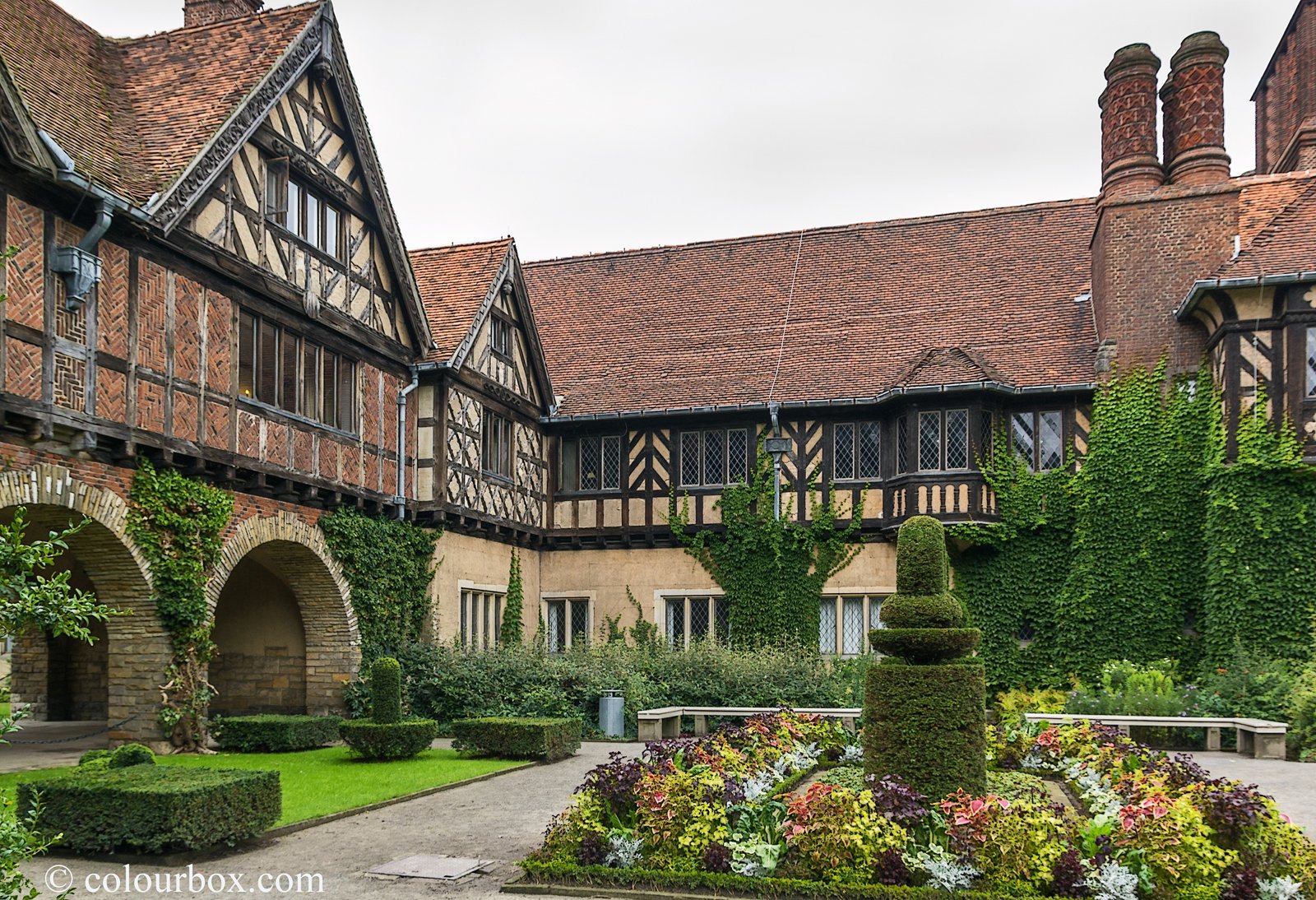 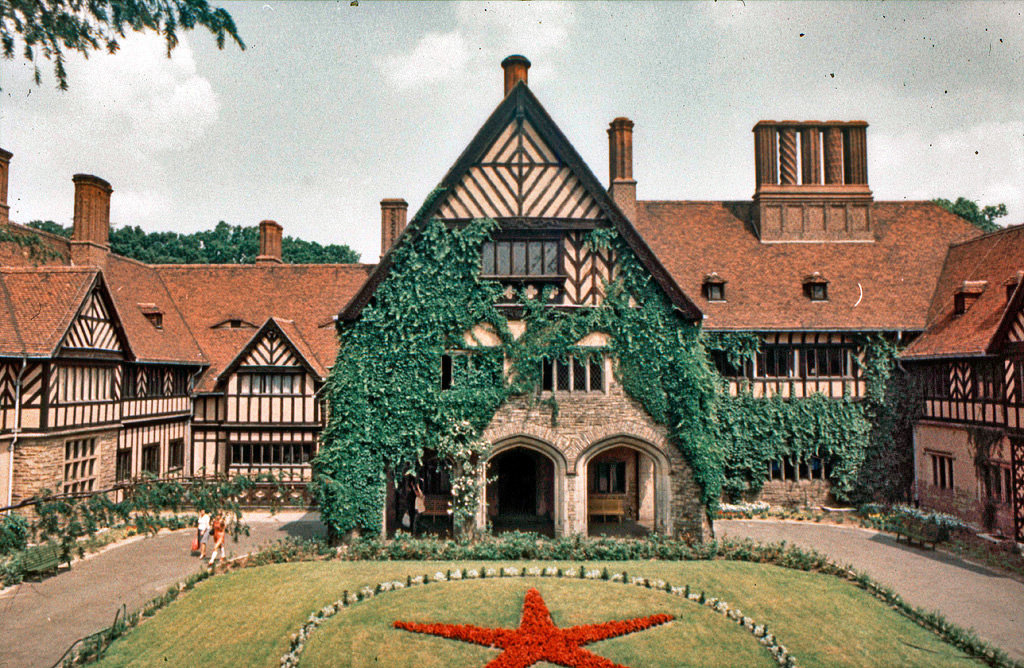 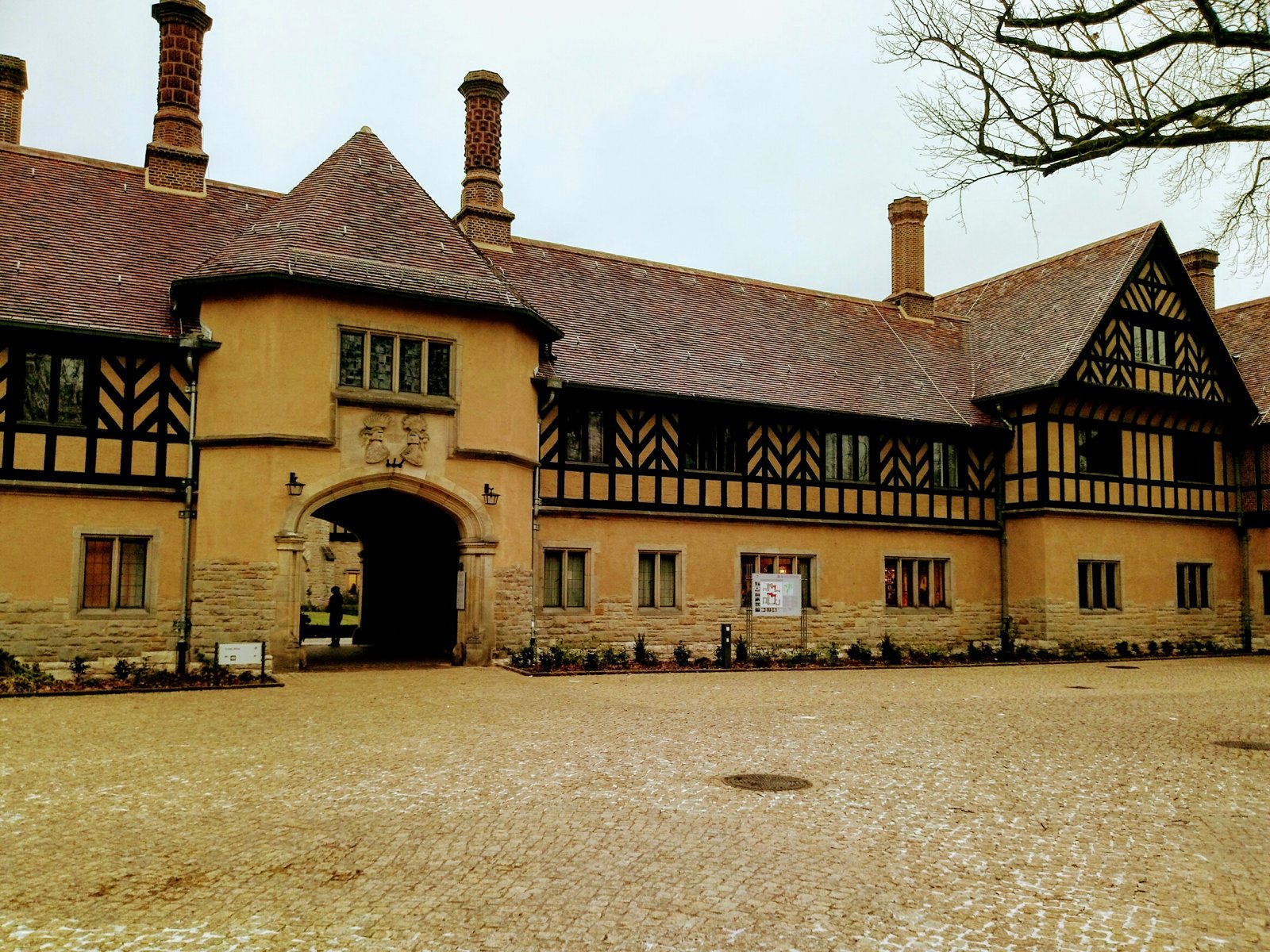 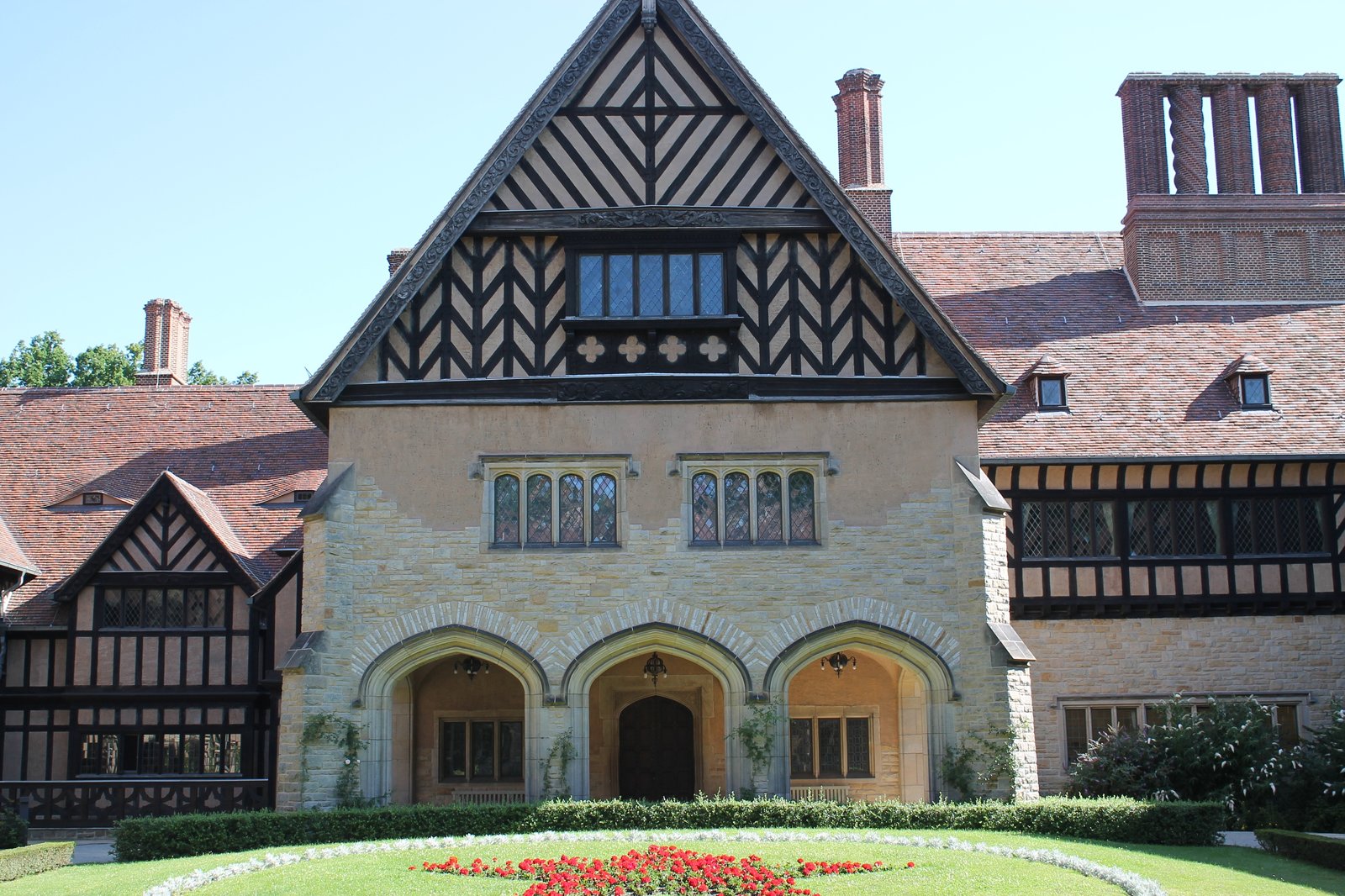