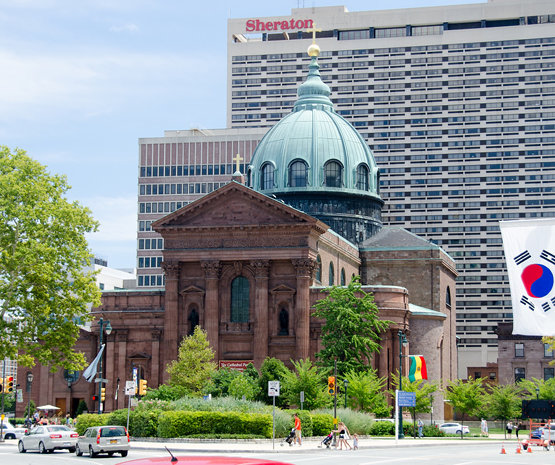 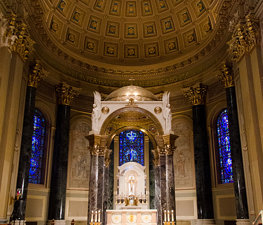 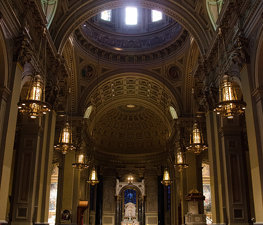 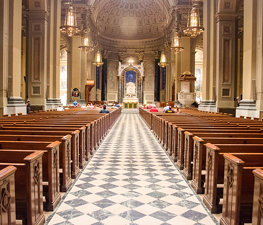 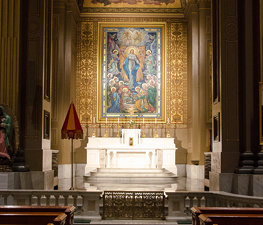 The Cathedral Basilica of Saints Peter and Paul, head church of the Roman Catholic Archdiocese of Philadelphia, is located at 18th Street and the Benjamin Franklin Parkway, on the east side of Logan Square in Philadelphia. It was built from 1846-1864 and was designed by Napoleon LeBrun – from original plans by the Reverend Mariano Muller and the Reverend John B. Tornatore – with the dome and Palladian facade designed by John Notman added after 1850. The interior was largely decorated by Constantino Brumidi.

The cathedral is the largest Catholic church in Pennsylvania, and was listed on the U.S. National Register of Historic Places in 1971. In 1979 Pope John Paul II celebrated Mass at the cathedral.

With its grand façade, vaulted dome, ornate main altar, eight side chapels and main sanctuary that comfortably holds 2,000 worshippers, the Cathedral Basilica of Saints Peter and Paul is the largest brownstone structure and one of the most architecturally notable structures in the city of Philadelphia.

The cathedral, presented in a Roman-Corinthian style of architecture, is modeled after the Lombard Church of St. Charles (San Carlo al Corso) in Rome. Its Palladian façade and aqua oxidized-copper dome are in the Italian Renaissance manner, as is the spacious interior, which features an oversized apse of stained glass and red antique marble in proportions reminiscent of Roman churches. A baldichino (canopy) over the main altar and the three altars on each of the side aisles point up this Italian Renaissance flavor. In the bowels of the building is the compact "Crypt of the Bishops".

The basilica was designed by Napoleon LeBrun based on plans drawn up by the Reverend Mariano Muller and the Reverend John B. Tornatore, and by John Notman who added the dome and facade. LeBrun supervised the project from 1846 to 1851, when Notman took over until 1857, after which the cathedral was completed under LeBrun's supervision.

LeBrun was a native Philadelphian born to French-Catholic parents. He designed numerous churches throughout Philadelphia, including St. Patrick's Catholic Church, Twentieth Street (1841); the Seventh Presbyterian Church (1842); the Scot's Presbyterian Church (1843); the Catholic Church of St. Peter the Apostle (German), Fifth Street (1843); and the Protestant Episcopal Church of the Holy Nativity (1844), no longer standing. Other notable buildings he designed include the Philadelphia Academy of Music.

Notman is most noted for his Philadelphia ecclesiastical architecture for the Protestant Episcopal Church, including St. Mark's Church, Locust Street (1850); St. Clement's Church, Twentieth Street (1857); and the Church of the Holy Trinity, Rittenhouse Square. He also designed the Athenaeum of Philadelphia and the New Jersey State House.

Constantino Brumidi, who executed much of the decoration of the cathedral's interior, was a Greek/Italian-American painter, best known and honored for his fresco work in the Capitol Building in Washington, DC, especially the Apotheosis of George Washington in the dome of the rotunda.Шаблон:Clear left

On the Feast of Saints Peter and Paul, June 29, 1846, Bishop Kenrick, then Bishop of Philadelphia, issued a pastoral letter announcing his determination to build a cathedral. It was the bishop's intention to avoid running into debt, so the cathedral was long in building. He chose for the site a plot of ground adjoining the seminary at Eighteenth and Race Streets. Construction on the cathedral began shortly thereafter but was not completed until 1864. This was less than 2 years after the Philadelphia Nativist Riots, which represented the height of Anti-Catholicism and Know-Nothingism in Philadelphia and, according to local lore, greatly influenced the design of the building. The Cathedral was built with only very high clerestory windows that according to parish histories would inhibit vandalism. In order to protect the windows of the Cathedral Basilica from possible future riots, the builders would throw stones into the air to determine the height of where the windows would be placed.Шаблон:Citation needed

Under the main altar of the Cathedral is a crypt with the remains of most of the Bishops and Archbishops, and of several other clergymen, of Philadelphia. The crypt can be reached by stairs behind the main altar. The crypt is the final resting place of:

Justin Ordoveza
The architecture here is inspiring. Come here for some quiet and time with God. The murals are done so beautifully.

Marie B
Yes, it's a church but seriously it's very beautiful. Make sure you give yourself plenty of time to take in EVERYTHING.

Andrew Furman
built 1846-1864. This is the largest church in Pennsylvania and Pope Francis came here in 2015.

Museum Without Walls
Outside the church on the south side you will find ‘Jesus Breaking Bread’ by artist Walter Erlebacher. Did you know that the type of bread he is breaking is pita bread?

Amaury J
Must see while in Philly. Nice place to reflect.
Load more comments
foursquare.com
8.9/10
66,974 people have been here
I've been here
Add to wishlist

Cathedral Basilica of Saints Peter and Paul (Philadelphia) on Facebook

See all hotels See all
The Ritz-Carlton, Philadelphia

The Residences at The Ritz-Carlton, Philadelphia

The Academy of Natural Sciences of Drexel University, formerly the

The Rodin Museum is a museum located in Philadelphia, Pennsylvania 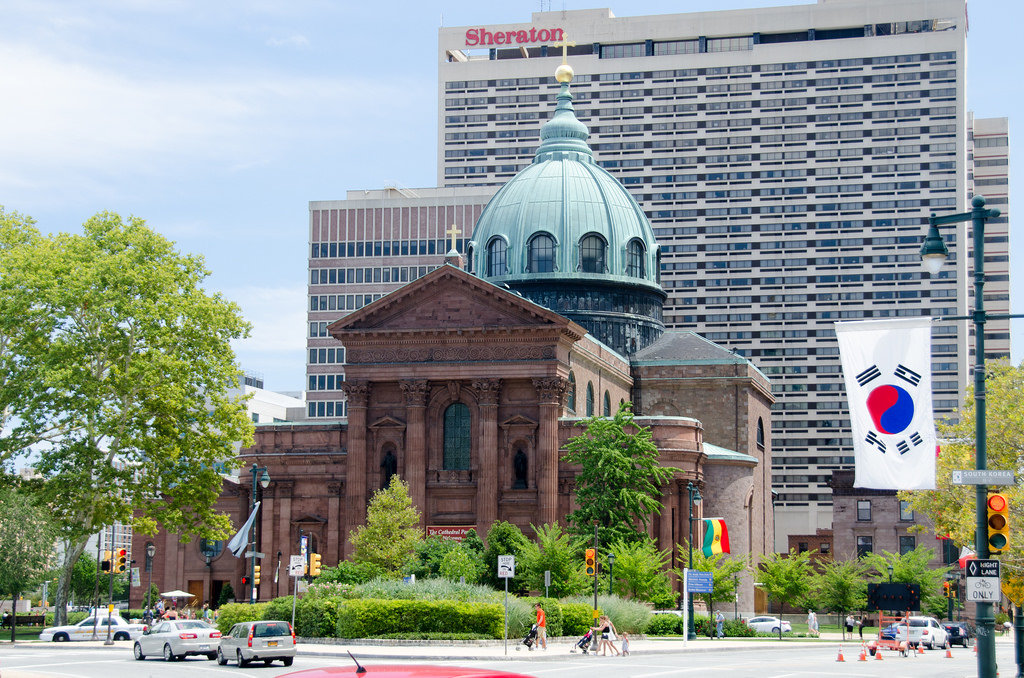 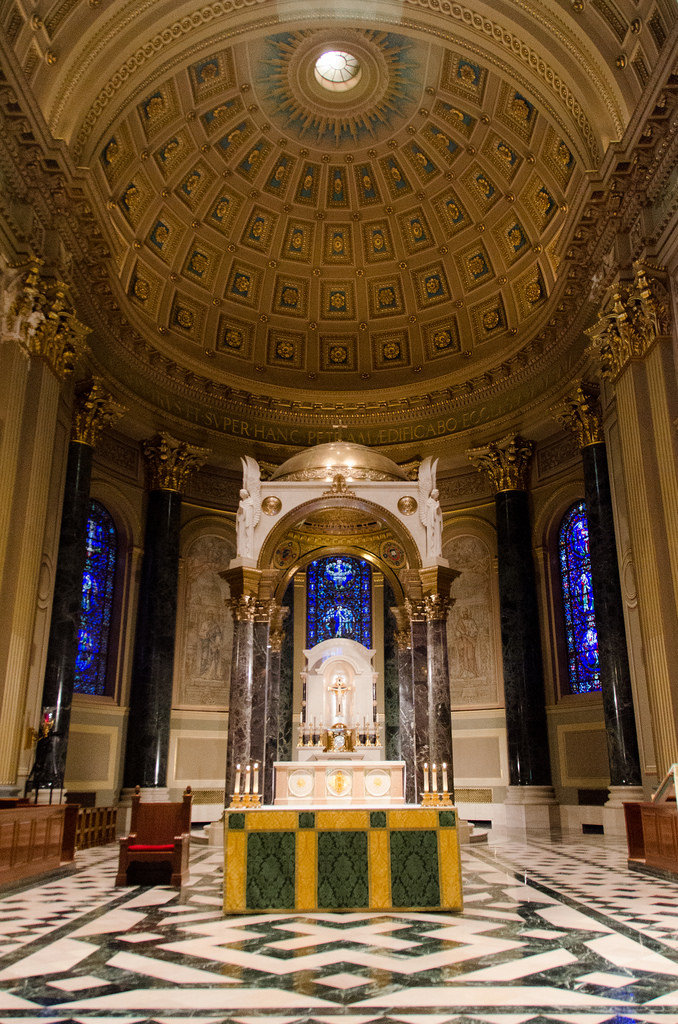 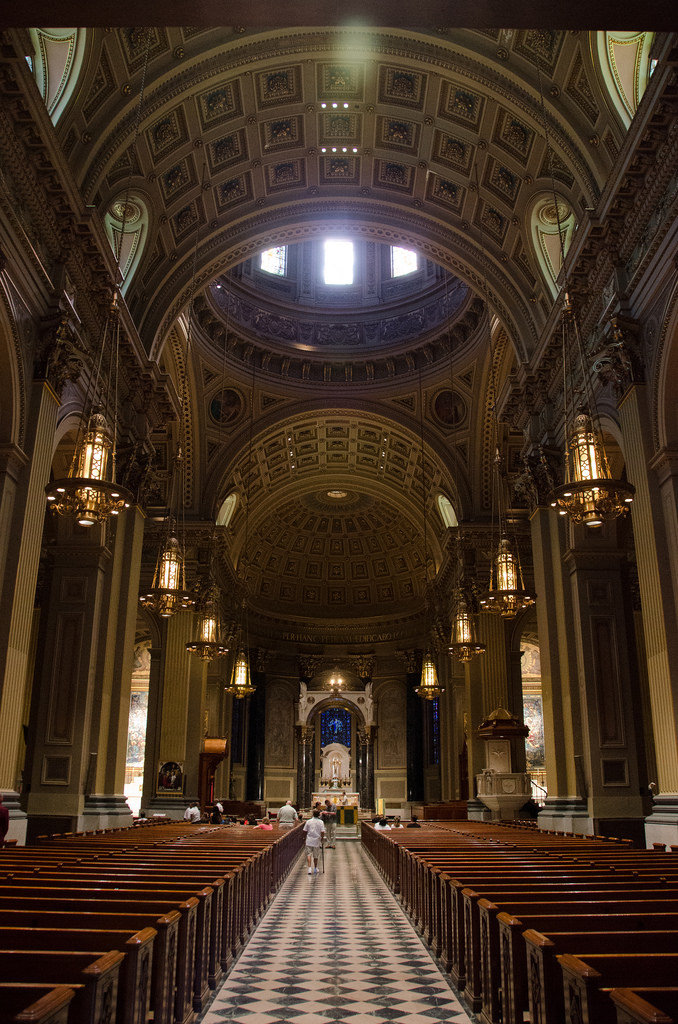 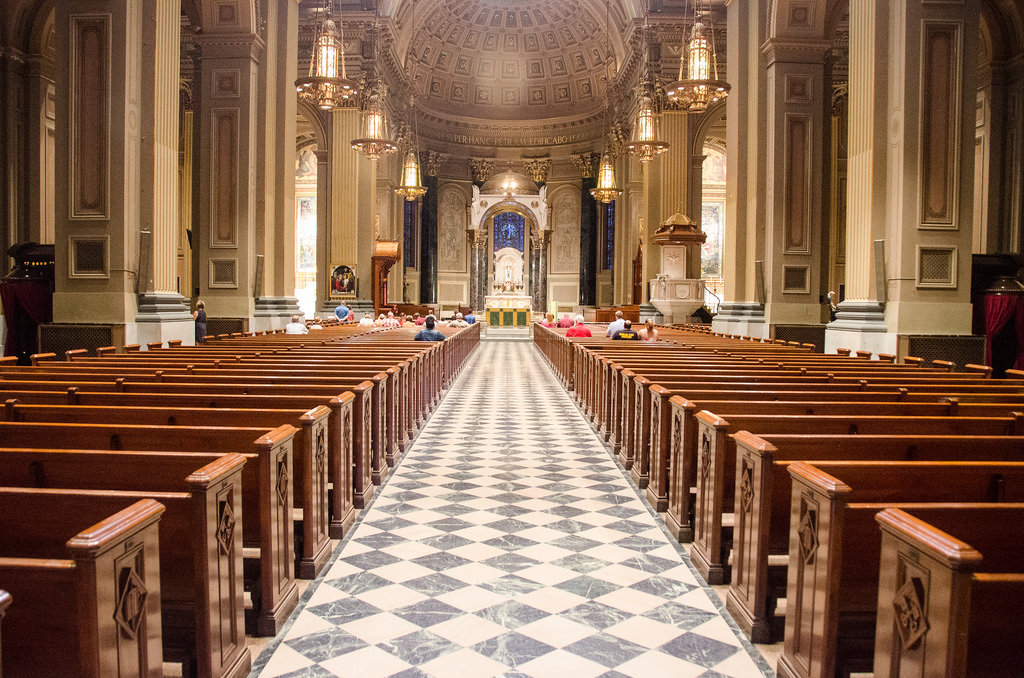 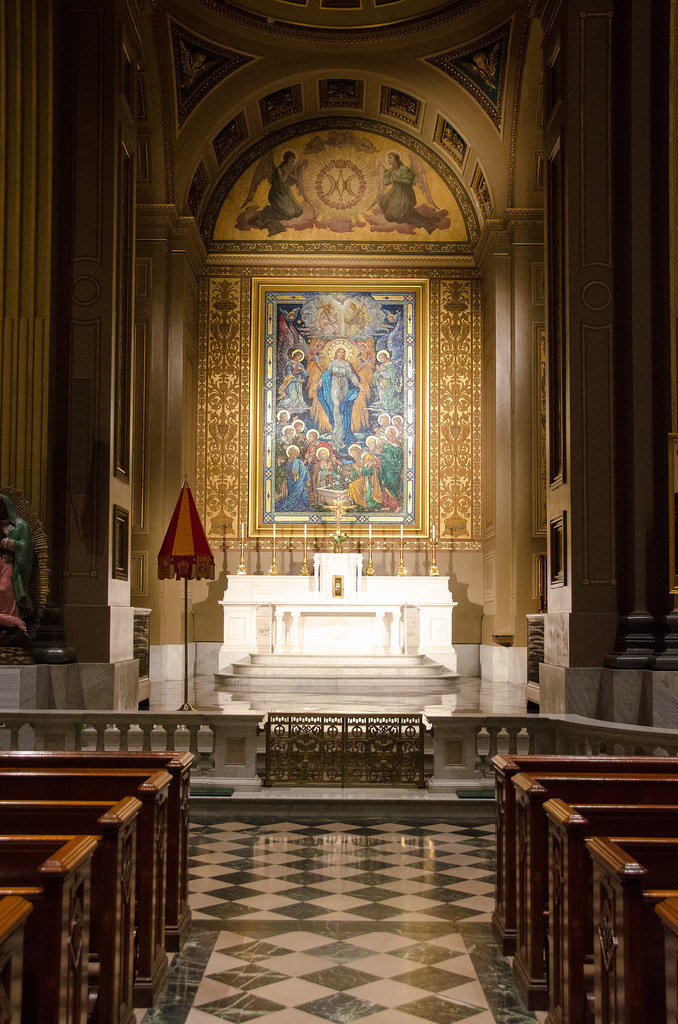 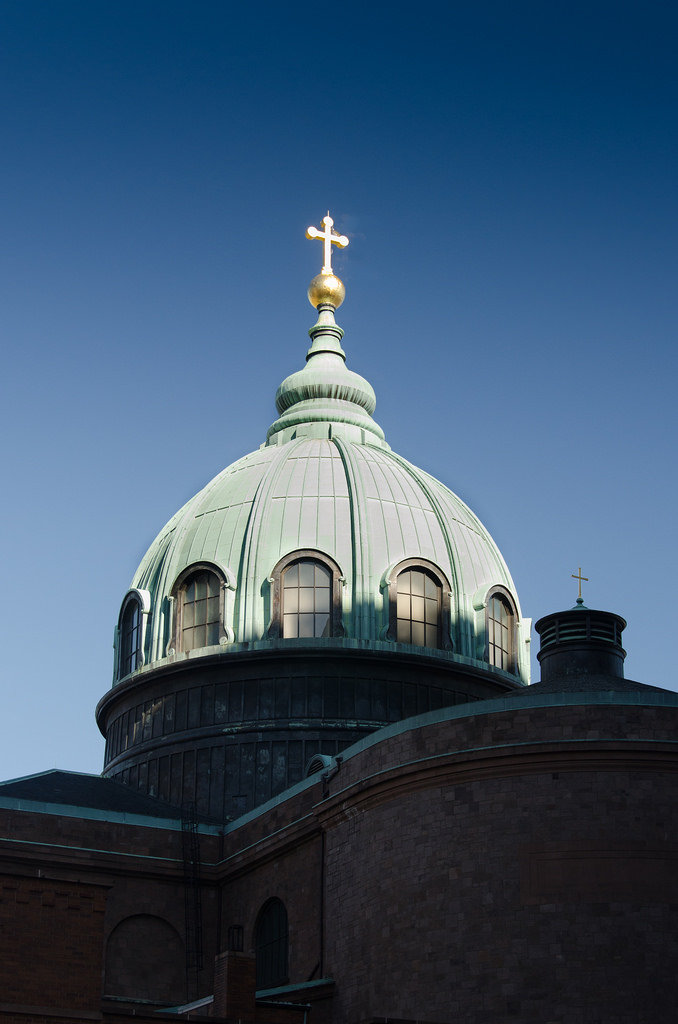 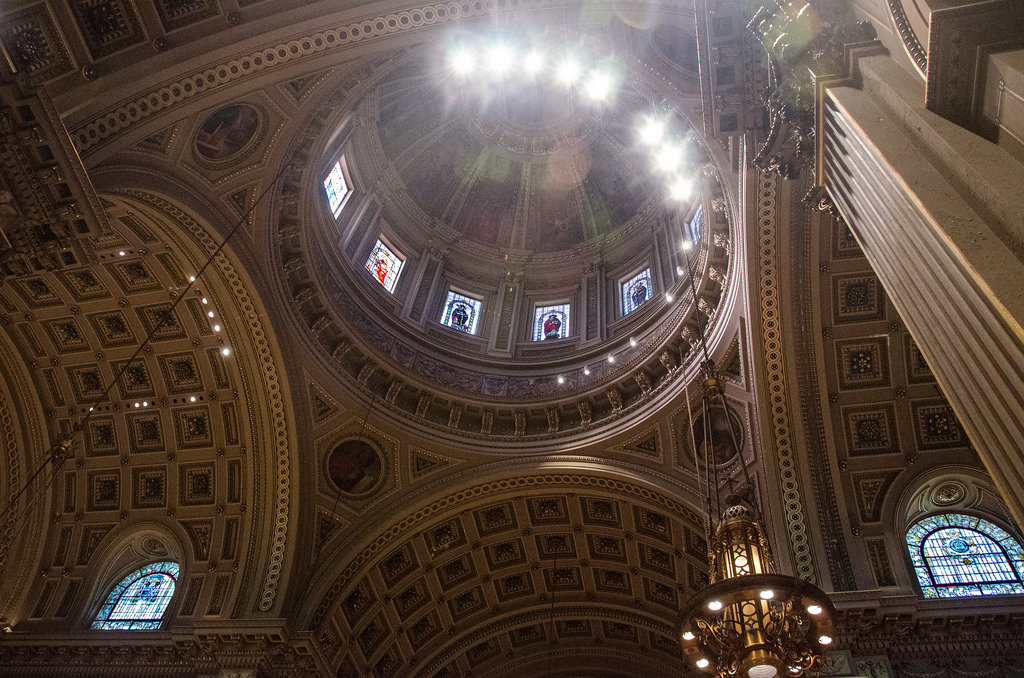 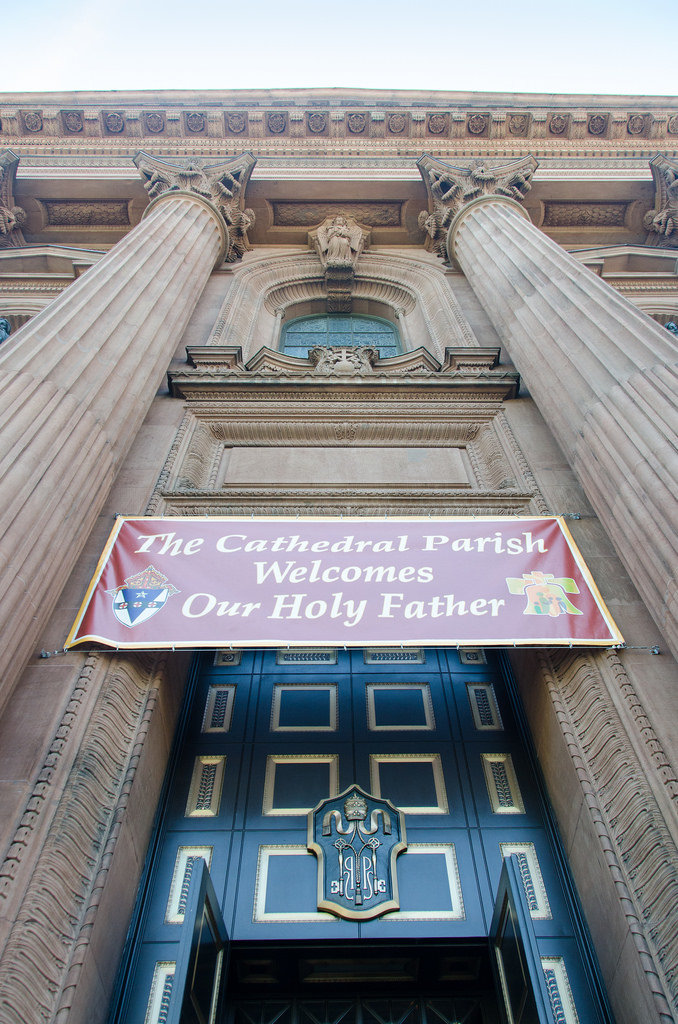 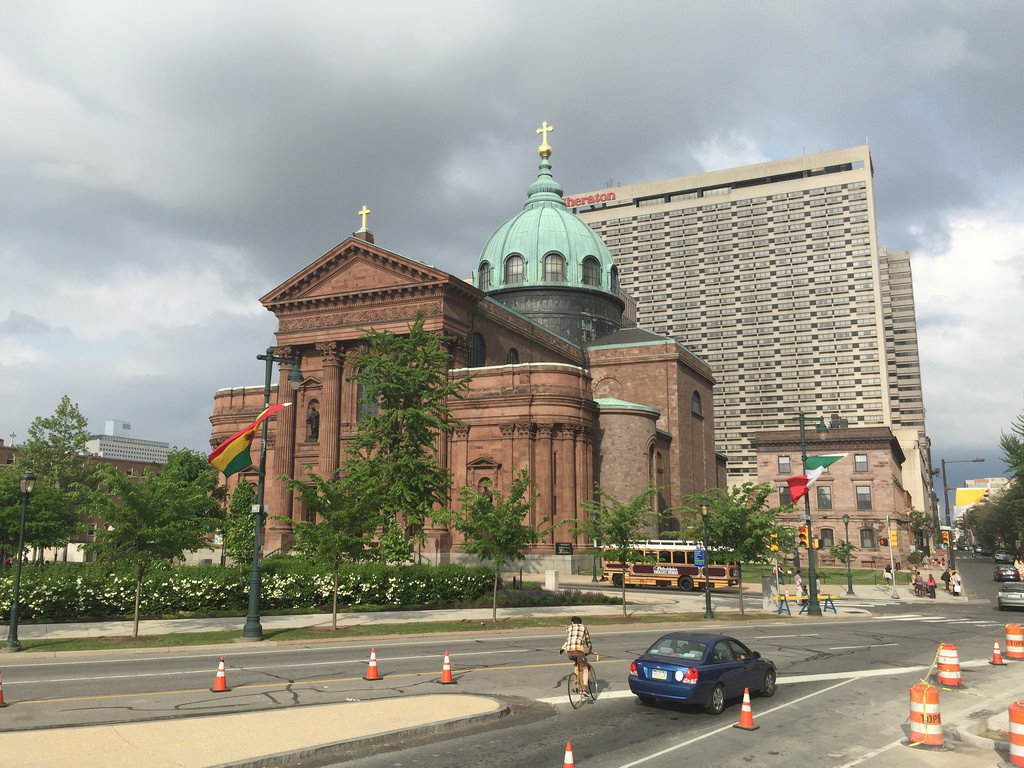 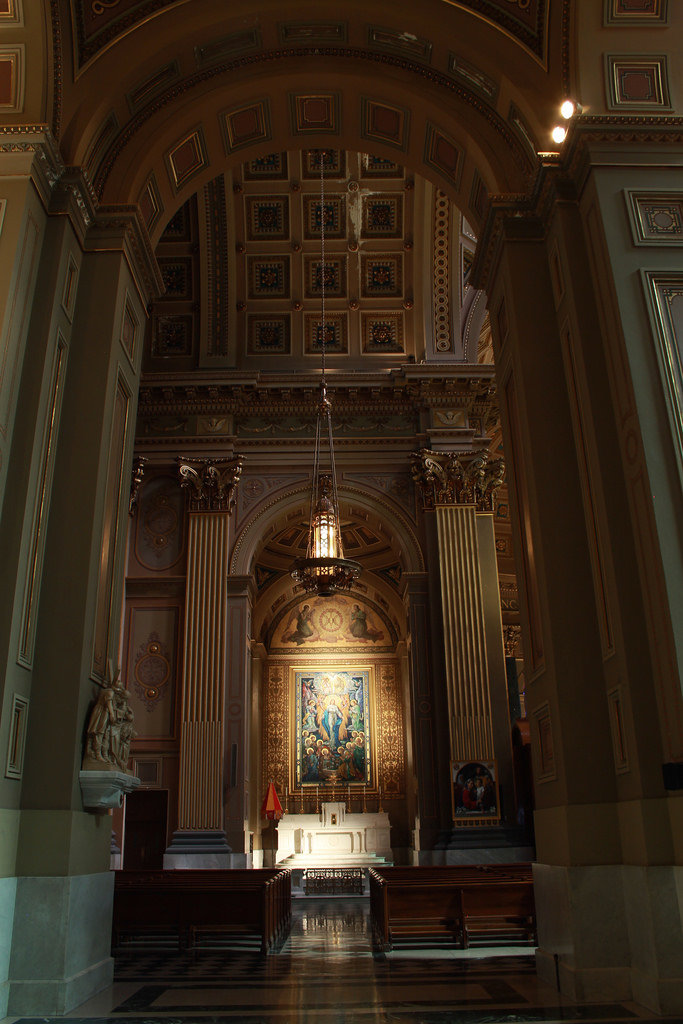 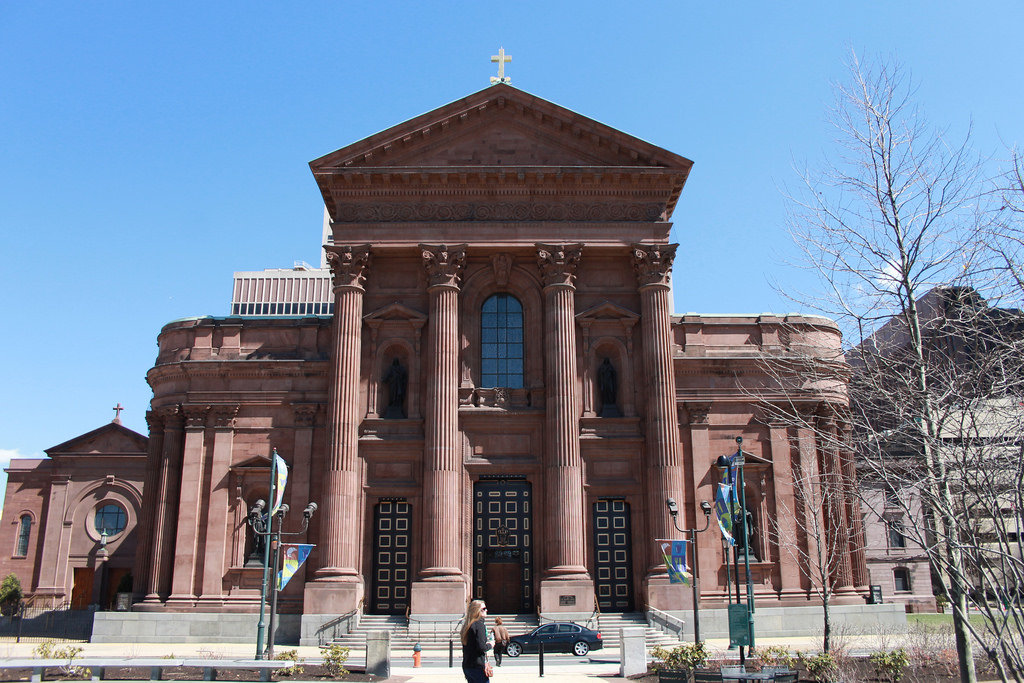 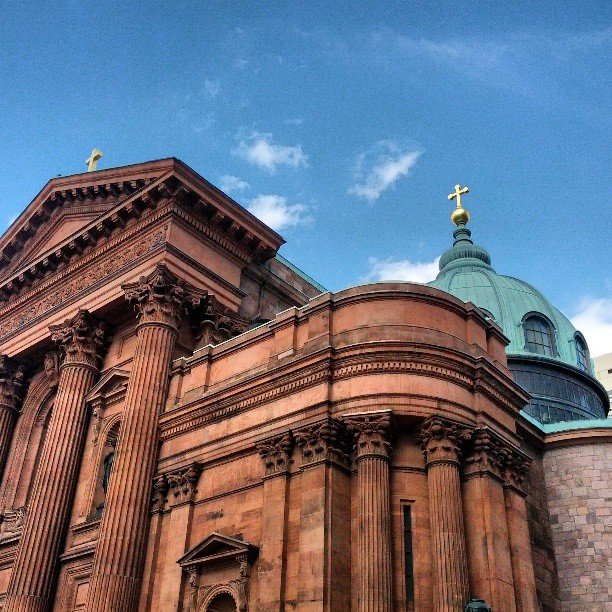 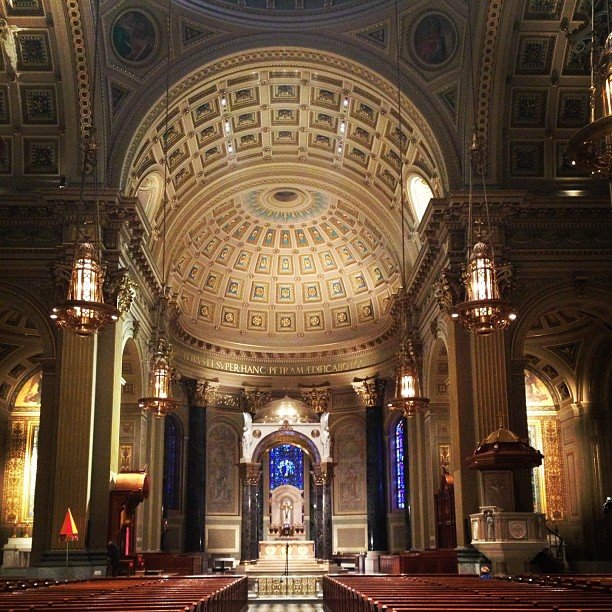 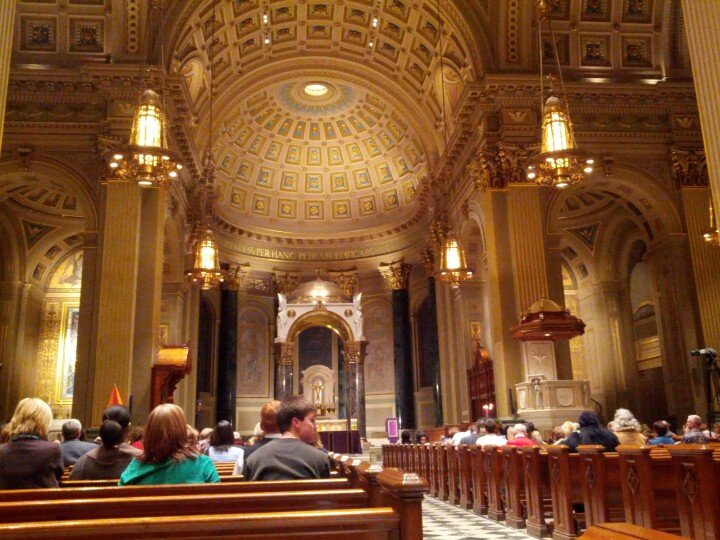 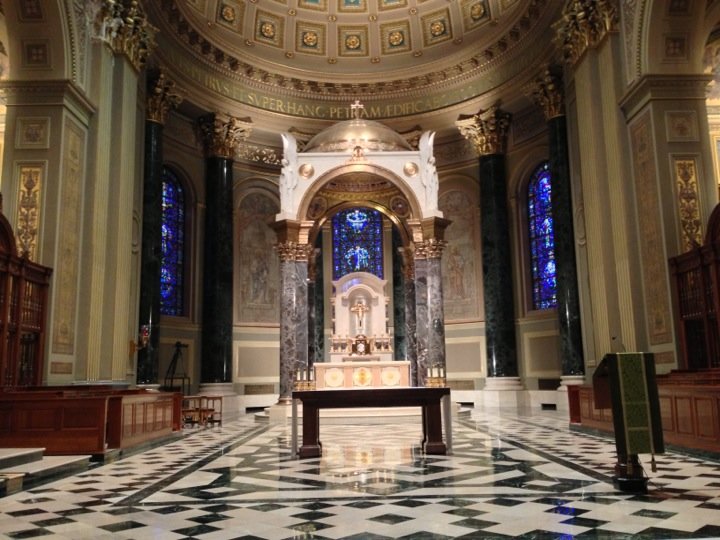