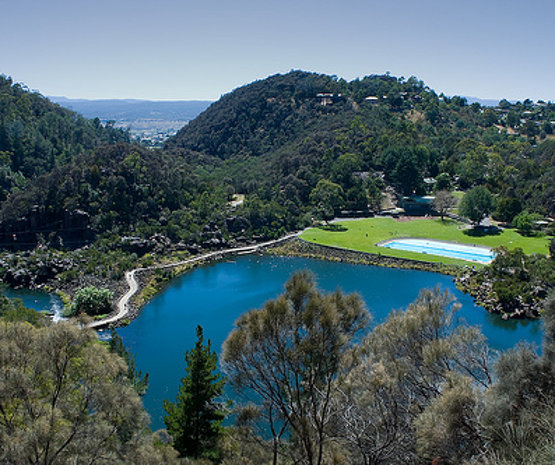 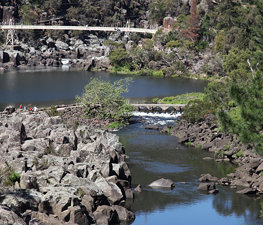 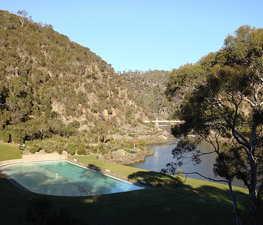 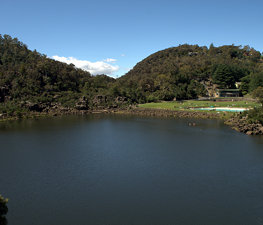 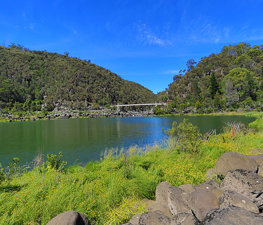 The Cataract Gorge is a river gorge in Launceston, northern Tasmania, Australia and is one of the region's premier tourist attractions.

A pathway, known as the King’s Bridge-Cataract Walk, and originally built by volunteers in the 1890s, runs along the north bank of the Cataract Gorge, and is a popular tourist destination.

Before the Hydro Dam was built in the 1950s upstream, flood waters could rise up as high as 12 metres.[] In the past, there was a power station at Duck Reach, about 2.5 kilometres from the suspension bridge. It was washed away in the floods of 1929, rebuilt and then decommissioned when the new Hydro Dam was finished in 1955. The building is now an interpretive museum.

The First Basin on the southern side features a swimming pool and an open area surrounded by bushland.

At the lower end of the Gorge, the South Esk spills into the Tamar River going under King's Bridge on the way. This was the only bridge leading north out of the city for nearly 100 years.

Shiva Das
It's interesting ride on cable car. Very nice scenery. Buy one way ticket only so you can enjoy more interesting animals like kangaroo, peacock, birds and so on by walking back.

Boon Koh
Two car parks available, at the bottom and top of the gorge. Bottom is closer to the swimming pool and chairlift base station.

James B
Lovely little place with a world famous? Cable car. Probably better if a bit warmer. Hottest coffee ever in the cafe (hot as in I can't feel my mouth not the good kind of hot).

Y Y
Good for ppl of all walks of life. For photography / ppl who can’t walk much & ppl who can walk for hours. Great park!

See all hotels See all
Two Up on York Holiday Home

The Launceston Synagogue, built in 1844, located in Launceston,

Westbury Maze is a tourist attraction, one of the Parks in Westbury,

Liffey Falls are found near the head of the Liffey River, upstream of

Great Lake Lookout is a tourist attraction, one of the Scenic

Callington Mill is a Lincolnshire tower mill built in 1837 in

Mount Ossa is the highest mountain in Tasmania, at 1614 metres. It

Mother Cummings Peak (Шаблон:Convert) is one of the prominent peaks

The Kamnitz Gorge (German: Kamnitzklamm) is a rocky ravine between 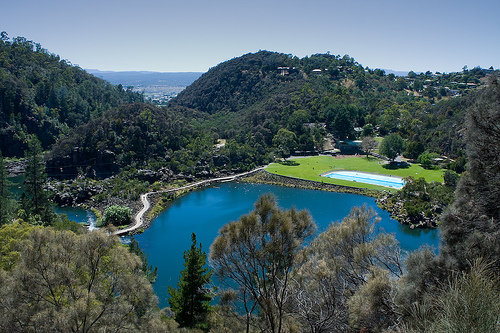 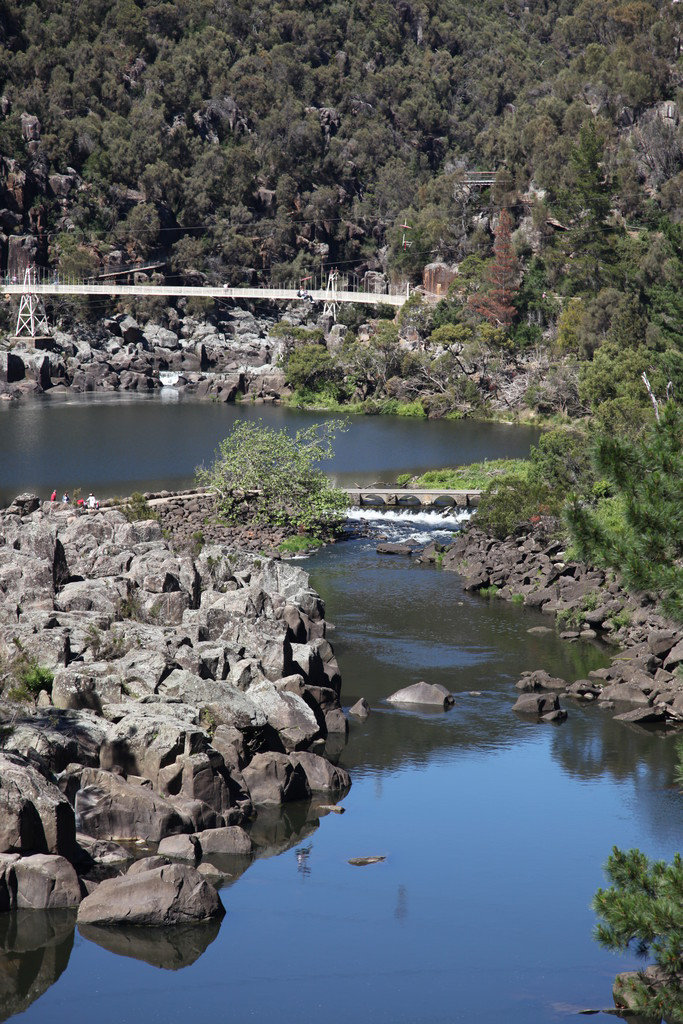 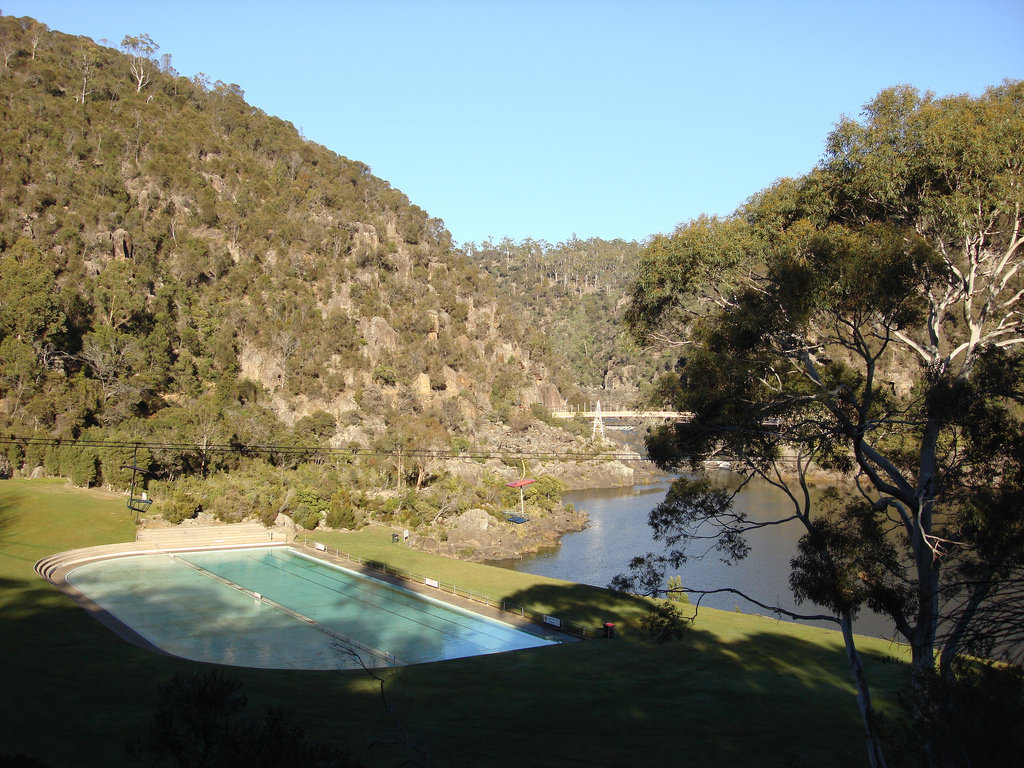 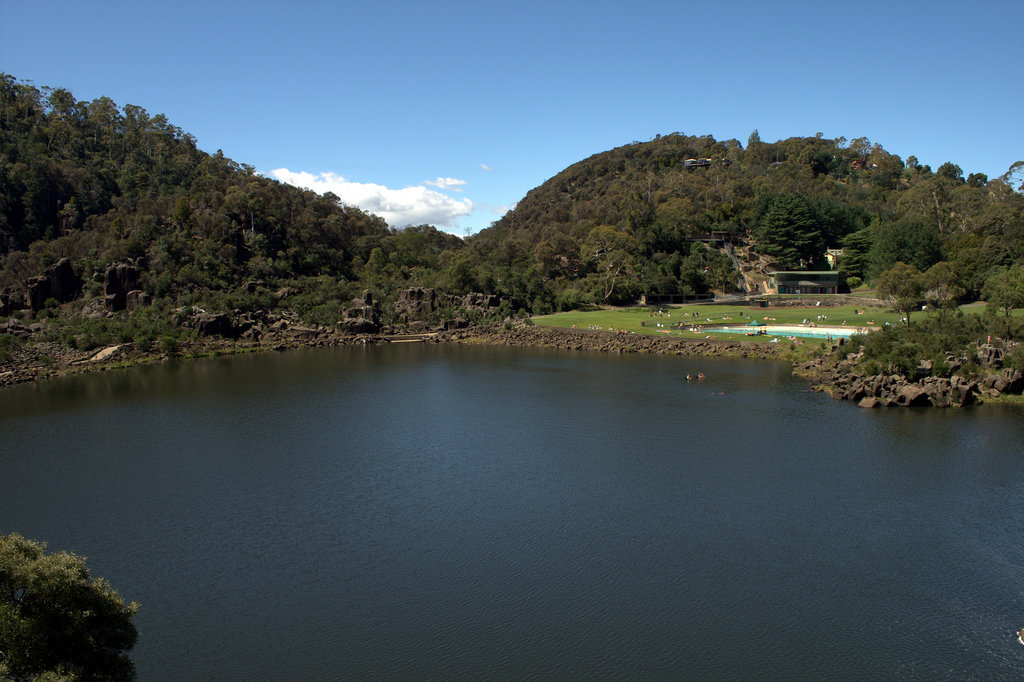 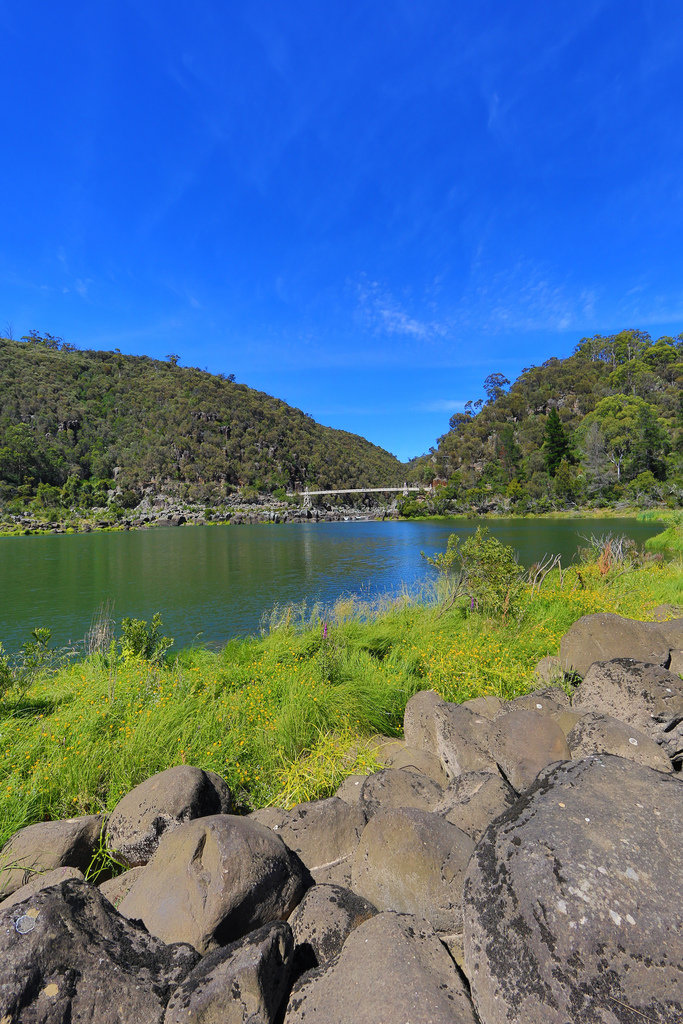 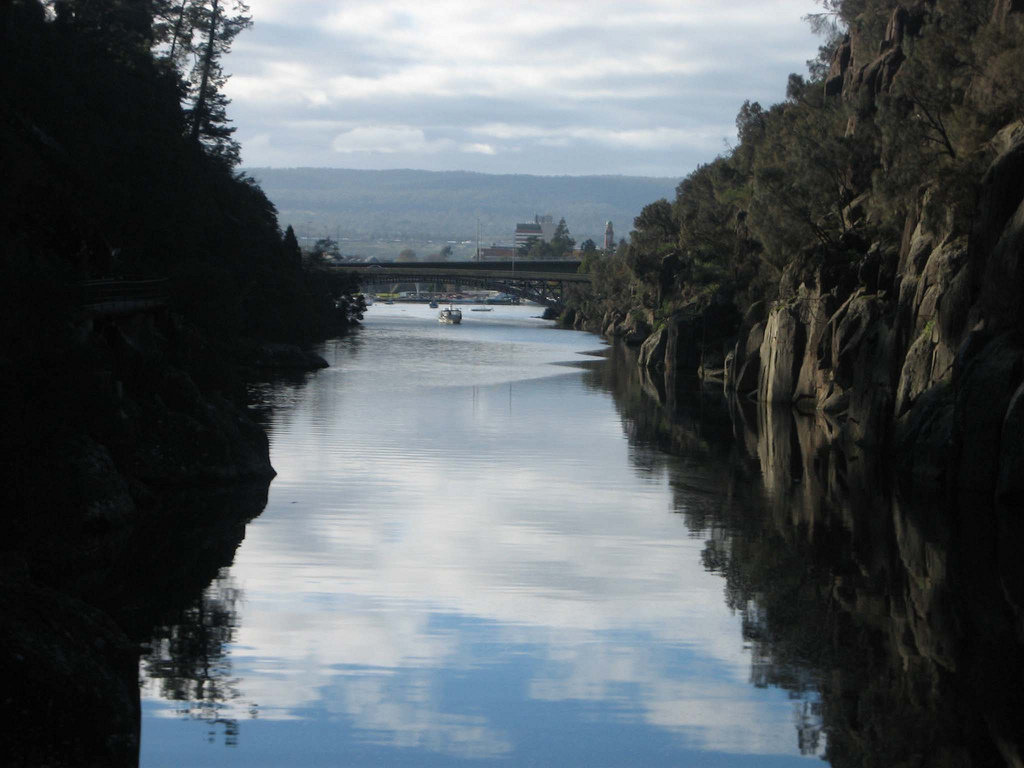 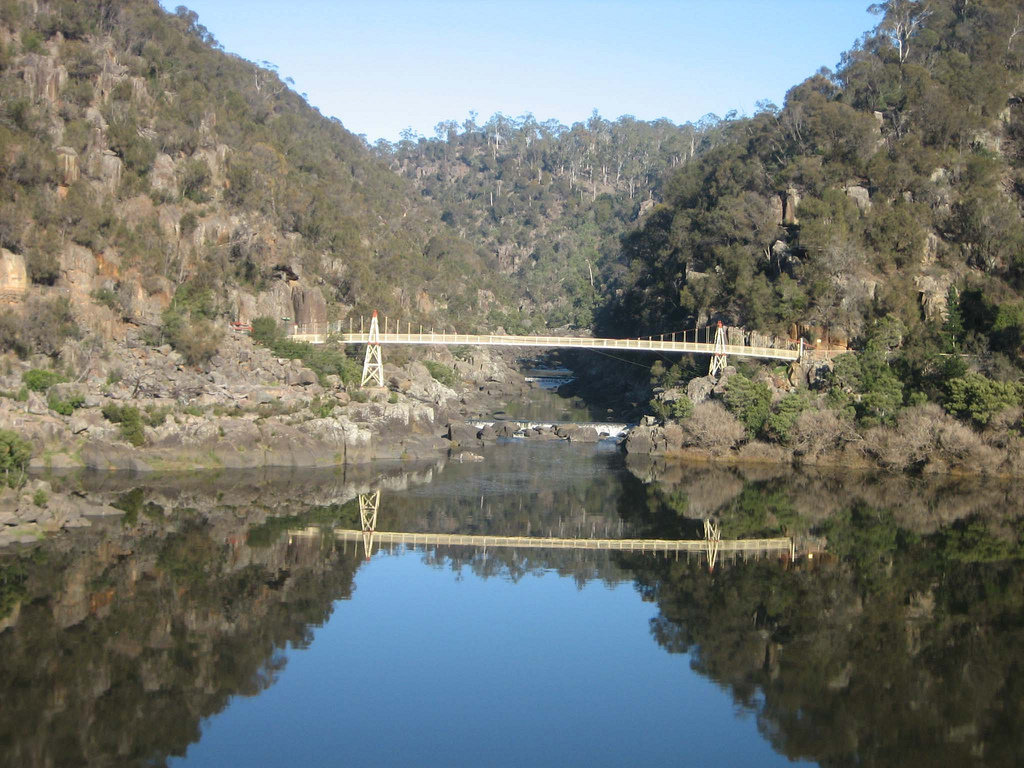 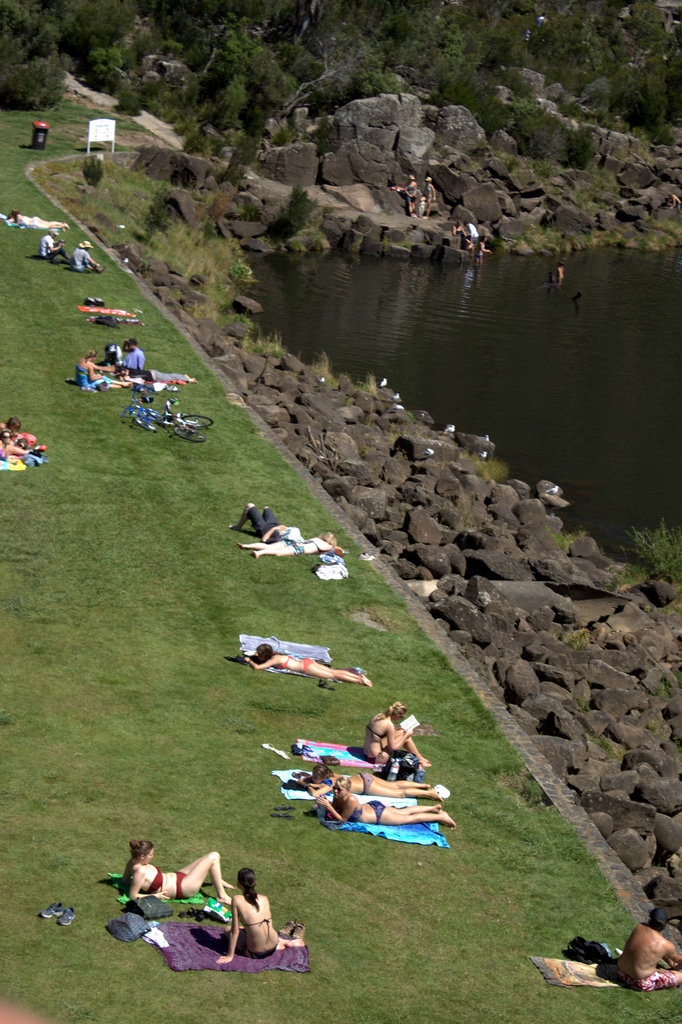 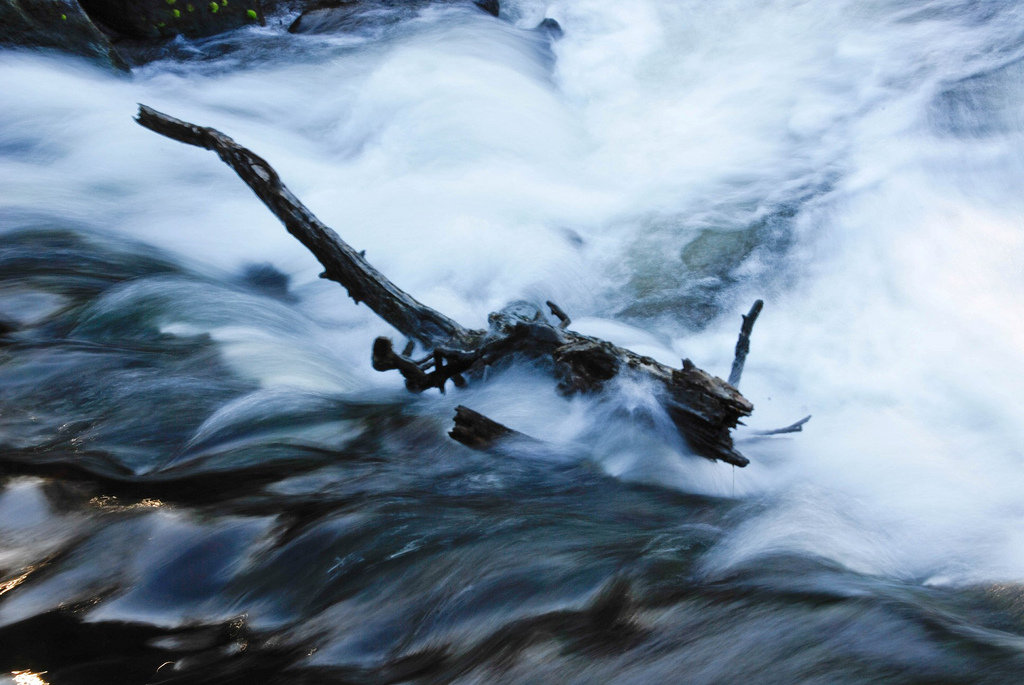