×
What are you looking for?
See all results
Castles in Drewsteignton 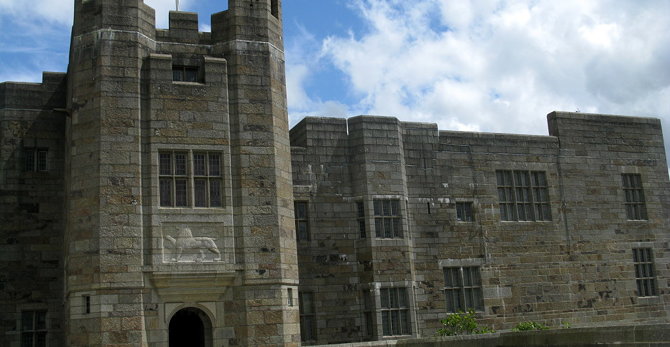 Castle Drogo is a country house near Drewsteignton, Devon, England. It was built in the 1910s and 1920s for Julius Drewe (businessman and founder of the Home and Colonial Stores) to designs by architect Edwin Lutyens, and is a Grade I listed building. Castle Drogo was the last castle to be built in England, and probably the last private house in the country to be built entirely of granite.

Julius Drewe's first cousin was Richard Peek, the rector of Drewsteignton, named after Drogo de Teigne, and alleged forefather to the Drewes. Julius stayed on several occasions with his cousin and it must have been here that he conceived the idea of building a castle on the home ground of his ancestor. He found an ideal site, and in 1910 he bought about 450 acres south and west of the village (By the time of his death in 1931 he had bought up an estate of 1,500 acres). He then went to Edwin Lutyens, the most interesting architect of the time, and asked him to build his castle. According to his son Basil, he did so on the advice of William Hudson, proprietor of the Country Life Magazine, who was both a patron and a champion of Lutyens. Drewe was now 54 years old, but he still had time, energy and money to create his new family seat. On April 4, 1911, Drewe's 55th birthday, the first foundation stone was laid.

The castle took many years to complete, with the First World War and the economic downturn causing many delays. Castle Drogo was finally completed in 1930, considerably reduced in scale from Lutyens's 1911 designs, and only a year before Julius died; he had, however, been able to live in the house since around 1925.

Features of the building

The stately home borrows styles of castle building from the medieval and Tudor periods, along with more minimalist contemporary approaches. A notable feature is the encasement of the service staircase, around which the main staircase climbs. Its defensive characteristics are essentially decorative. Additionally, the castle had electricity and lifts from the outset, with power being supplied by two turbines on the river below.

The castle has a fine formal garden, designed by Lutyens with planting by Gertrude Jekyll, which contrasts effectively with its striking setting on the edge of Dartmoor. The garden is noted for its rhododendrons and magnolias, herbaceous borders, rose garden, shrub garden and circular croquet lawn.

After Julius's death, his wife Frances and her son Basil continued to live at the castle. During 1939–45, Frances and her daughter Mary ran the house as a home for babies made homeless during the bombings of London.

Frances Drewe died in 1954 and Basil was then joined at Drogo by his son Anthony and his wife. In 1974, Anthony and his son, Dr Christopher Drewe, gave Castle Drogo and 600 acres of the surrounding land to the National Trust. It was the first 20th-century property the charity acquired.

A new visitor centre with shop and café opened in the summer of 2009, after English Heritage required that industrial kitchen equipment such as that used by the previous café within the house, be removed from Grade I listed buildings.

Baptismal in the Chapel of Castle Drogo — Chris (Midland05) @ Flickr

End of the Tour of Castle Drogo — Chris (Midland05) @ Flickr

helen keegan
Great walking around here. You don't need to pay to get into the castle to take advantage of some of the beautiful walking routes.

Paul Dunstan
Wear solid shoes as they won't let you up into the viewing platform in sandals etc
Load more comments
foursquare.com

Canonteign Falls is a waterfall near Chudleigh, South Devon, England.

Dartmoor kistvaens are burial tombs or cists from the Neolithic age,

Rougemont Castle is the historic castle of Exeter.

Compton Castle is a fortified manor house in the village of Compton, 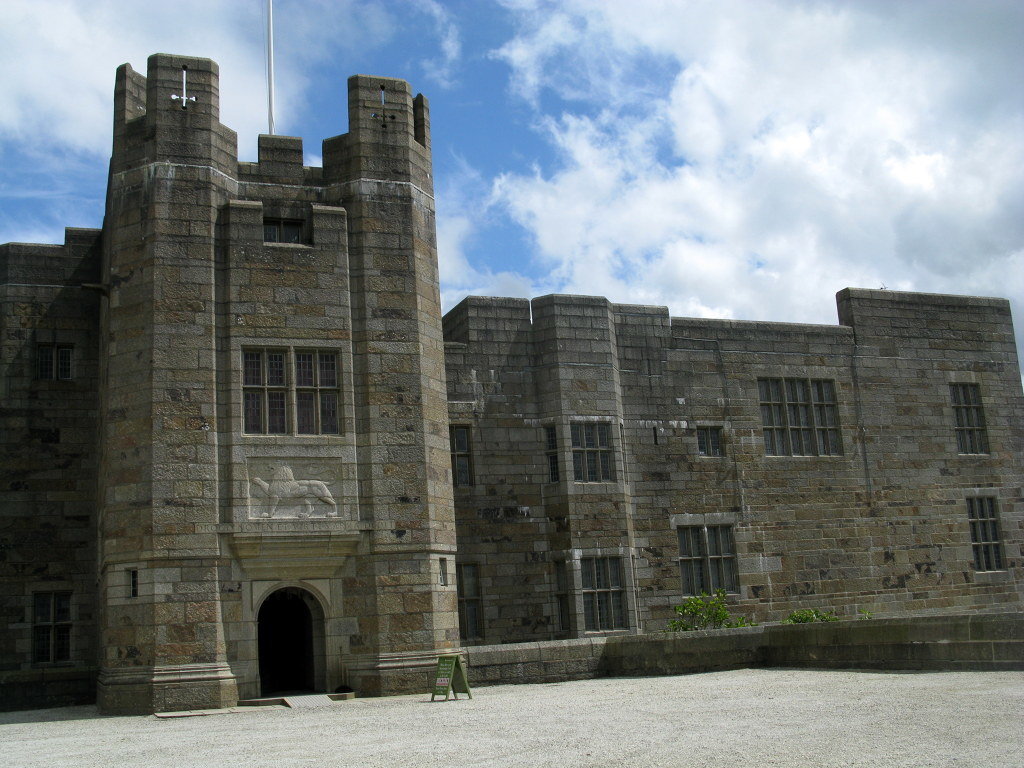 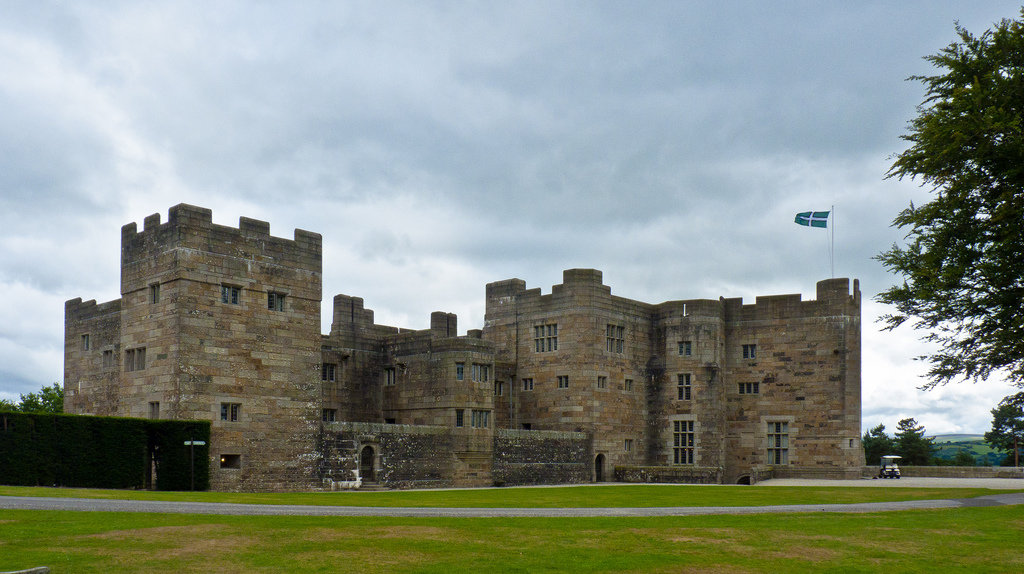 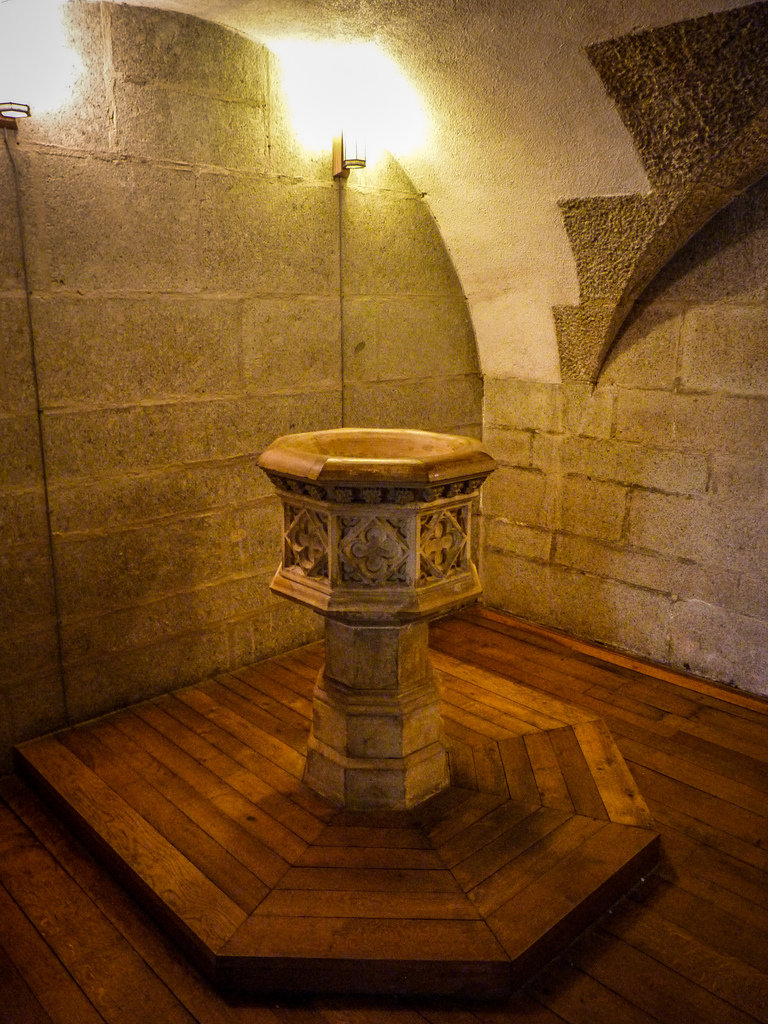 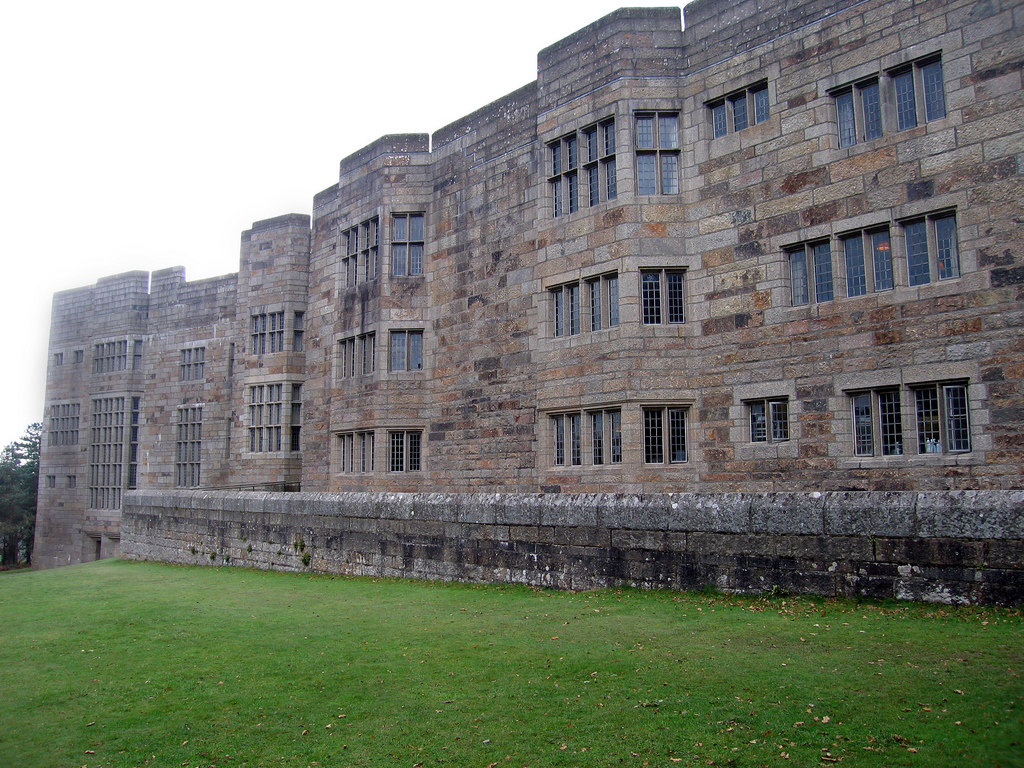 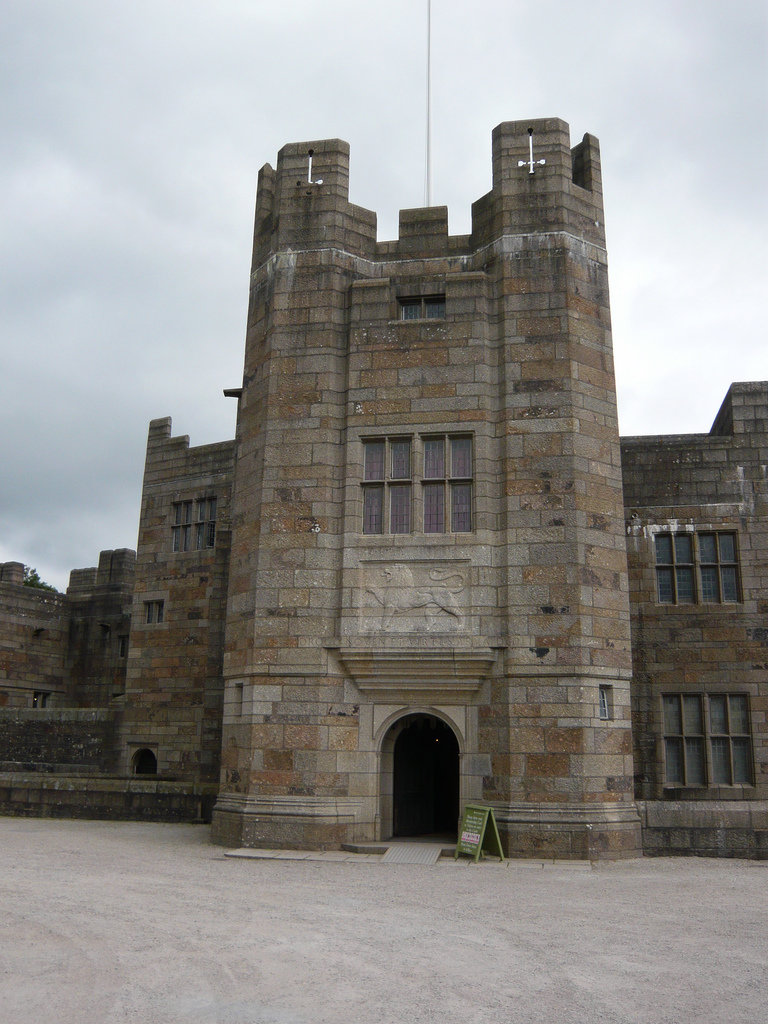 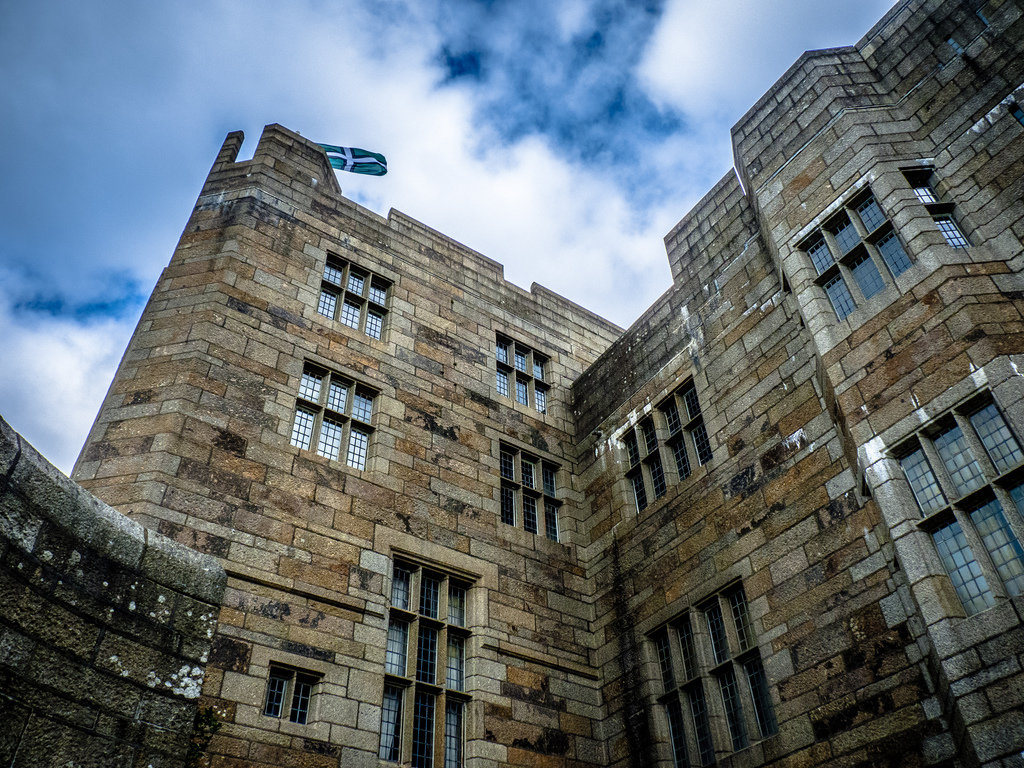 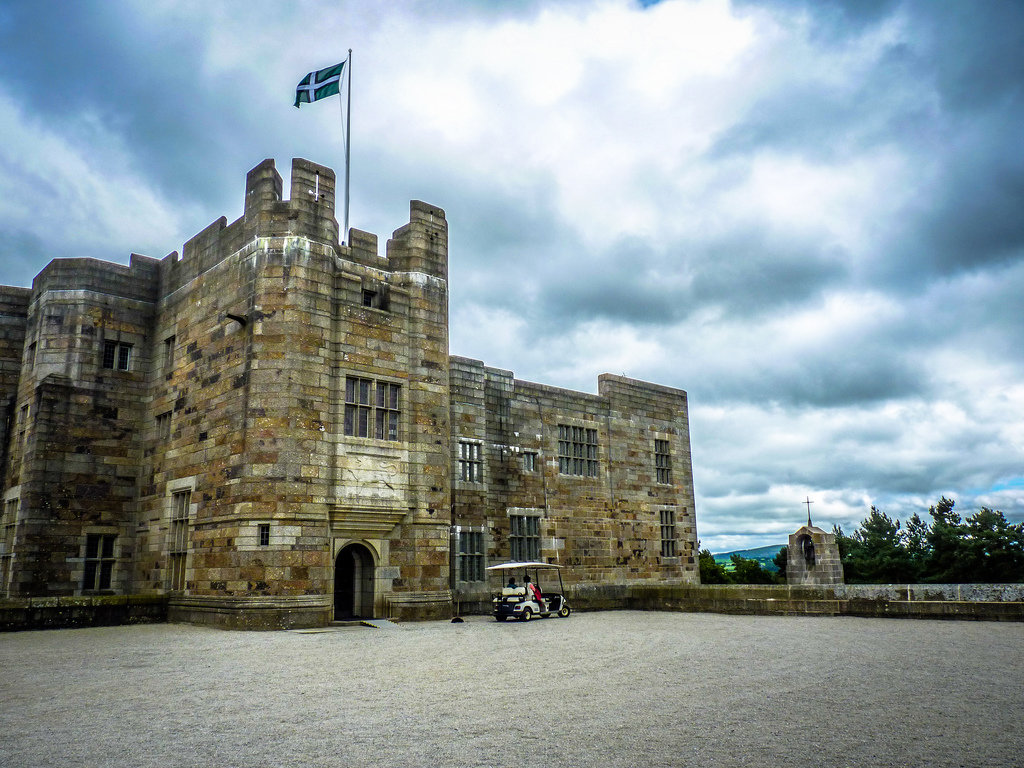 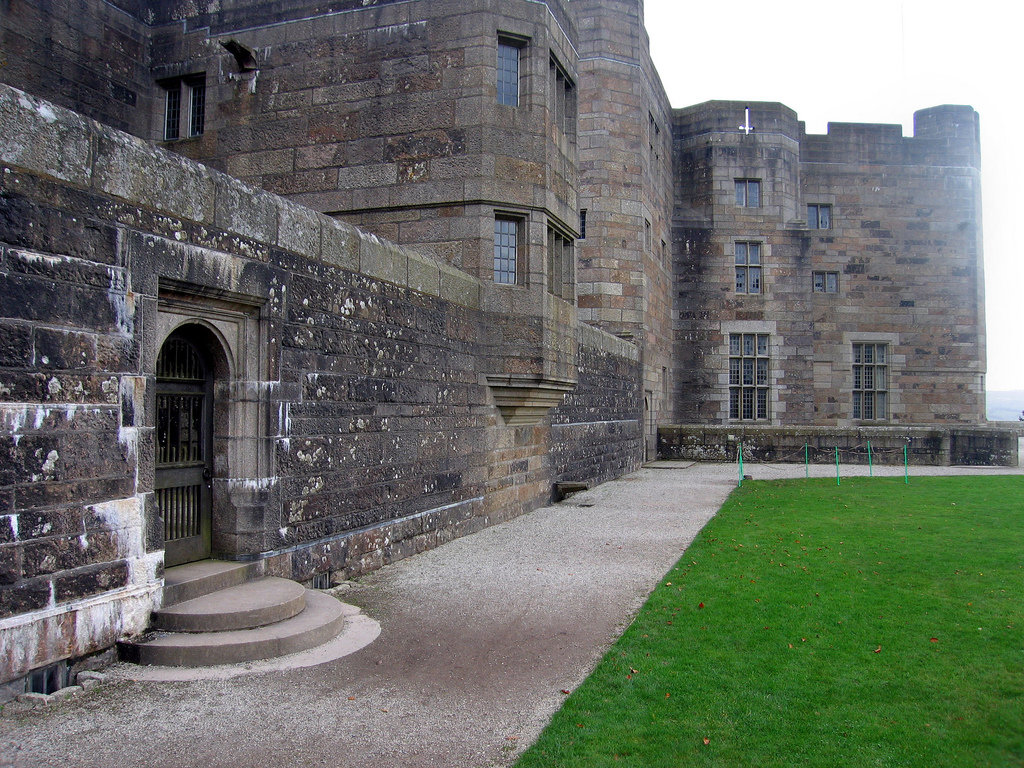