×
What are you looking for?
See all results
Castles in Coca 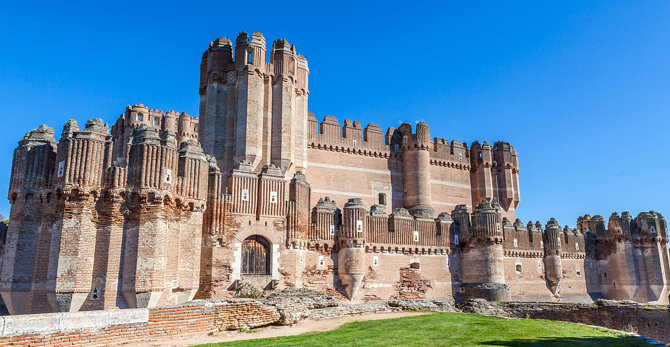 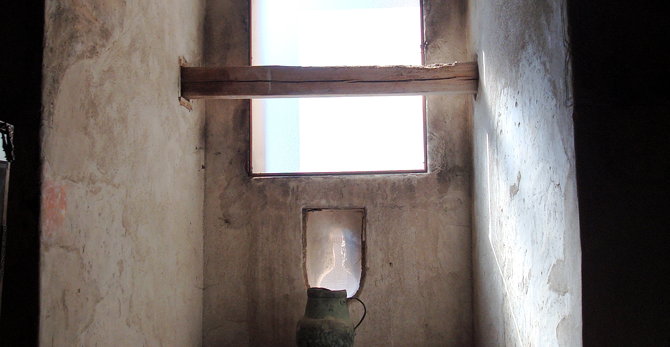 The Castle of Coca is a castle located in the Coca municipality, central Spain. The castle was constructed in the fifteenth century CE and it has been considered to be one of the best examples of Spanish Mudejar brickwork which incorporates Moorish Muslim design and construction with Gothic architecture. A scale model of the castle has been built in the Mudéjar de Olmedo Theme Park and another replica built at a ratio of 1:25 is placed in the Minimundus miniature park in Klagenfurt, Austria.

Coca Castle is located on the outskirts of the town of Coca, about 45 kilometers (30 miles) to the north of Segovia, on a slope. It overlooks the meander of the River Voltoya, a tributary of River Eresma. It is one of the few spanish castles that have not been constructed on hilltops, rather it has been constructed on a steep esplanade. Coca is the birthplace of the Roman Emperor Theodosius I. However the site has been inhabited since the second century BC when the Arevaci arrived and settled here. The castle is surrounded by a deep and wide moat that is one of the fortifying features as well.

Coca castle was owned by the well known spanish aristocratic family the House of Alba de Tormes (sometimes known as the House of Alba) till the mid-nineteenth century. They handed over the property to Ministry of Agriculture in 1954. It has been declared a Spanish National Monument and it under protection.

The castle was constructed under the supervision of a Moorish architect and engineer. Such moorish engineers were routinely commissioned to construct large buildings during the medieval times and were called "Alarife" (lit.one who understand the art of construction). Brick has been used for most of the construction. However the bricks used in the castle are different from ordinary bricks used to build houses. These are hardened bricks that are capable of withstanding enemy onslaught during sieges. The bricks have been laid smooth with the mortar, so the lines of the brickwork are clearly visible along with the mortar. This creates a distinctive pattern on the castle.The castle has been constructed in classic Mudéjar fashion. Brickwork and plaster work have been used to create geometrical patterns depicting a hybrid of Moorish Muslim and Christian Gothic architecture. While the main construction is of brick, limestone and plaster have been used in the balistraria, the embrasures. White limestone has also been used to decorate columns in the courtyard and the keep, as well as numerous other features on the facade of the keep.

The ground plan of the castle is rectangular, and it has a three tiered defence system consisting of wall circuits enclosed within a moat and a central keep. The central keep is situated in the northern part of the castle and is known as the Tower of Homage.There are two curtain walls that enclose the enceinte, but the outer curtain wall is not intact. Today there are traces of the outer curtain wall, as well as a number of towers, some in ruins others standing, that mark the boundary where the outer moat circled the castle. All of the outer towers were rectangular in shape.The second curtain wall has a gate near the inner keep with a high brick arch enclosed by a geometric border, the alfiz, which is a classic Moorish design feature. The inner curtain wall has several towers and a talus as well. It has centred cylindrical towers on each side and smaller turrets between them, while the talus is constructed all the way down to the moat.

The towers on the corners of the walls are rectangular. The surviving wall is machicolated. This coupled with the talus served as a formidable defence. The battlements on the walls have been constructed as both ornament and as defensive fortifications, so they have been built with crests that jut out from the walls. Brickwork in Mudejar has been used here as well.

The oldest settlements in Coca date back to the Chalcolithic era, around 2,500-2,300 BC. The abundance of natural water and the geographical features were important for early settlers. In the fifth century CE, the village grew substantially, forming the historic city of Coca. The town of Coca was first established during Roman rule. It was called Cauca at that time. In 1439 Coca came under the control of Marquis of Santillana. In 1451 negotiations between Santillana and Fonseca families started. These would later culminate in 1453 with Coca being exchanged for Saldaña. Construction of the Coca Castle began as soona s the treaty was ratified by Juan II.

Alonso de Fonseca y Avellaneda has been credited with the construction of the castle. The castle was built under the supervision of a master builder and most of the work had been completed by 1493. In 1502 it was decreed that castle and the town could only be passed down to male heirs, so after Alonso's death it passed on to Antonio de Fonseca. In 1512 a number of extra ornamental features were added to the keep and the castle exterior under the supervision of engineers. The castle came under attack during the Revolt of the Comuneros in 1521. Communeras troops attacked the castle in retaliation to the burning of Medina del Campo. Medina del Campo had been previously attacked by the Royalists as it housed a large number of artillery pieces, and it had subsequently been razed after Royalists met heavy resistance.In 1645, Gaspar Alfonso Pérez de Guzmán, 9th Duke of Medina Sidonia was accused to treachery after he instigated the Andalusian independentist conspiracy of 1641, so he and imprisoned in the castle.

The castle went through a period of repairs and renovations from the sixteenth to the eighteenth century CE. Most notable among these renovations was the addition of the Patio de Armas in sixteenth century, the construction of a gallery between the Keep (Torres del Homenaje) and Pedro Mata Tower in the seventeenth century CE and the extensive renovations of 1715. After 1730 the castle suffered a long period of neglect that led to it falling into disrepair, and subsequently many important artefacts were either lost or destroyed. During the Peninsular War Coca Castle was captured by the French, who occupied the castle in 1808 and vacated it in 1812. During these four years the castle further deteriorated and much of it fell into ruin. The French troops were, obviously, not concerned with the upkeep of the castle and many ornamental features fell into ruin during this time. Another incident that led to the castle falling further into ruin is the 1828 sale of materials by the administrator of the castle. As the castle was under the ownership of the House of Alba at that time, the owners tore away a number of columns, marble pieces and other ornamental features and sold them off to the highest bidder.

Coca Castle was declared a national monument of Spain by Decree-Law on August 9, 1926. By the same decree, it was nationalized. The control of the castle itself and the adjoining land was taken over by the government of Spain from the House of Alba. No major restorative work was done until 1954, when state sponsored repairs and renovations were started. The Ministry in charge of the castle wanted to restore it so that they may open a school of forestry training. The repair and renovation work was conducted under the supervision of the Spanish avante garde architect Miguel de los Santos Nicolás. The team of architects, which included Francisco Pons Sorolla was given carte blanche by the General Directorate of Fine Arts. The renovations took four years and were completed in 1958. After the renovations the "Escuela de Capacitación Forestal" (Forestry school) was opened in 1958 and to date 50 classes have passed out from the school. The school offers two courses, a Higher degree "Forest and natural environment management" and a Medium degree in "Technician in exploitation and conservation of the natural environment "

There are several rooms in Coca Castle that are open for tourists to visit. These include the following

The ceiling of the chapel was destroyed in a fire during the French occupation of the castle. However it was restored later on and has now been completely renovated. There are various objects de art present in the chapel that are of historic importance. These include

The armory is also open to public viewing. It contains metal armors and weapons belonging to the fifteenth, sixteenth and seventeenth centuries. The furniture displayed in the armory is original and dates bake to fifteenth and sixteenth century CE. Most of it is made from walnut wood, with bone and ivory columns.

Also known as the Torre del Homenaje, it contains the Gallery and the 25 meter high tower. The circuitry walkway 'Paseo de Ronda' is also connected to the keep. It contains the defensive structures that were used in active defence such as pulleys and oil smelters.

Columns from the balustrade were sold off by the administrators when the castle was in disrepair in order to pay for the upkeep. Eight of these were bought back from Olmedo and Iscar in 1952 for 35,000-40,000 pesetas, each. The balustrade has now been completely rebuilt identical to the original one.

Vadim Istratov
Very picturesque castle! I advise you to deviate from the route and visit Castillo de Coca and museum inside it.

Torre De San Nicolás is a tourist attraction, one of the Towers in

Cuéllar Castle or Dukes of Alburquerque's Castle is the most

The Castillo de Portillo is a medieval castle in Portillo, in the 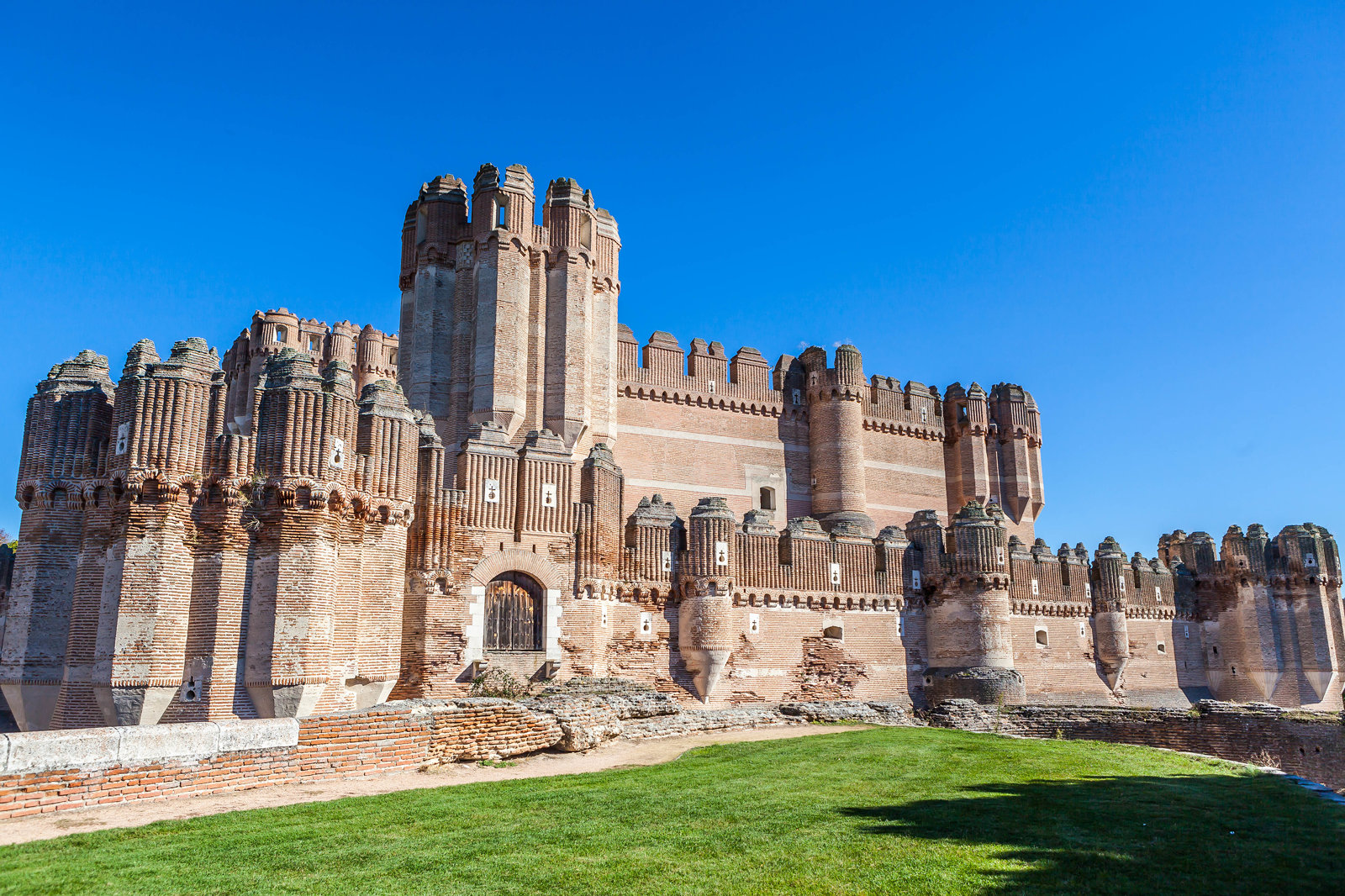 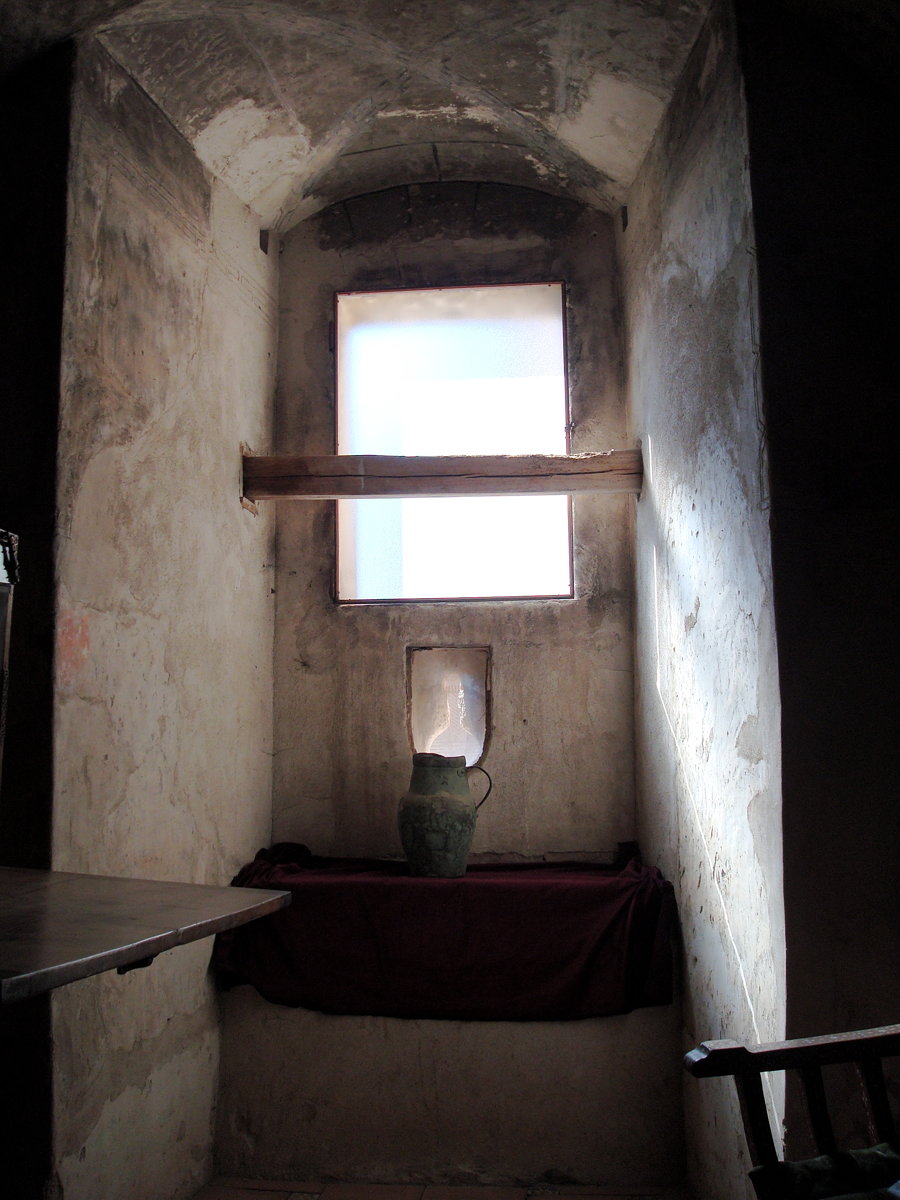 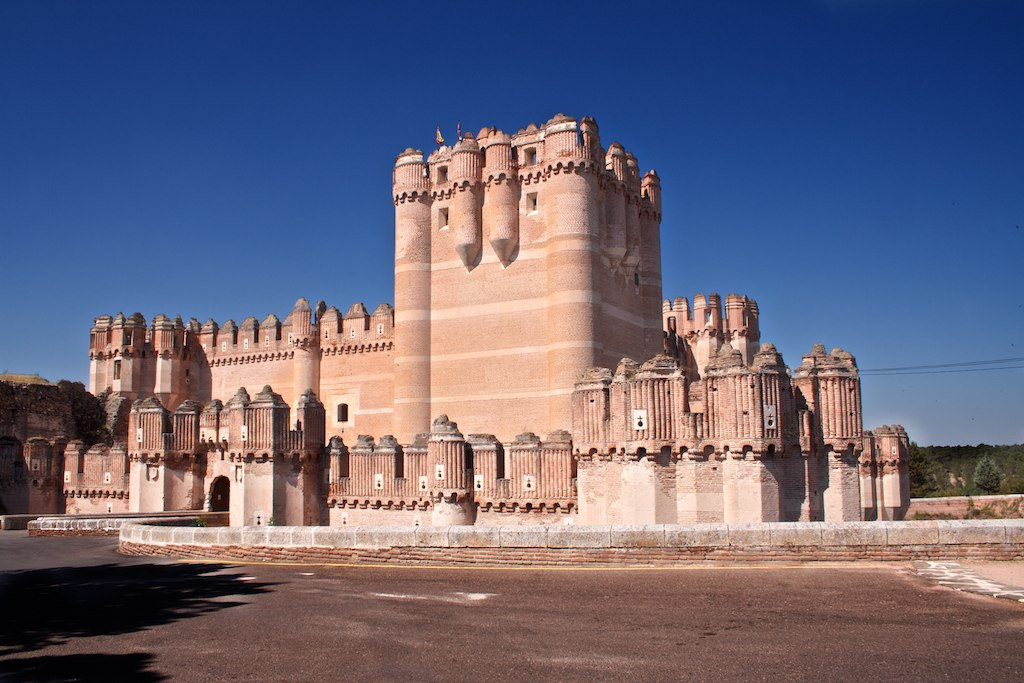 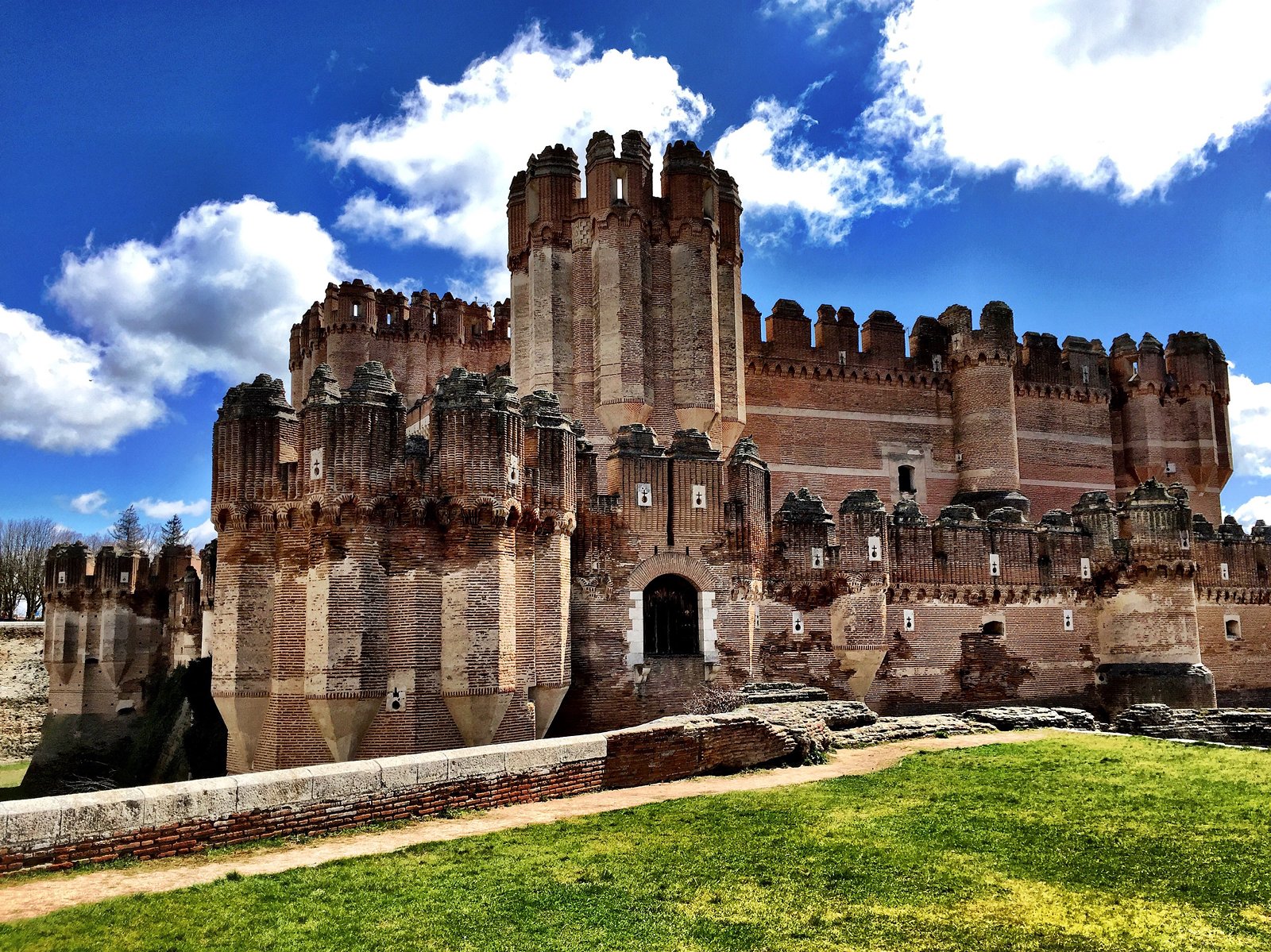 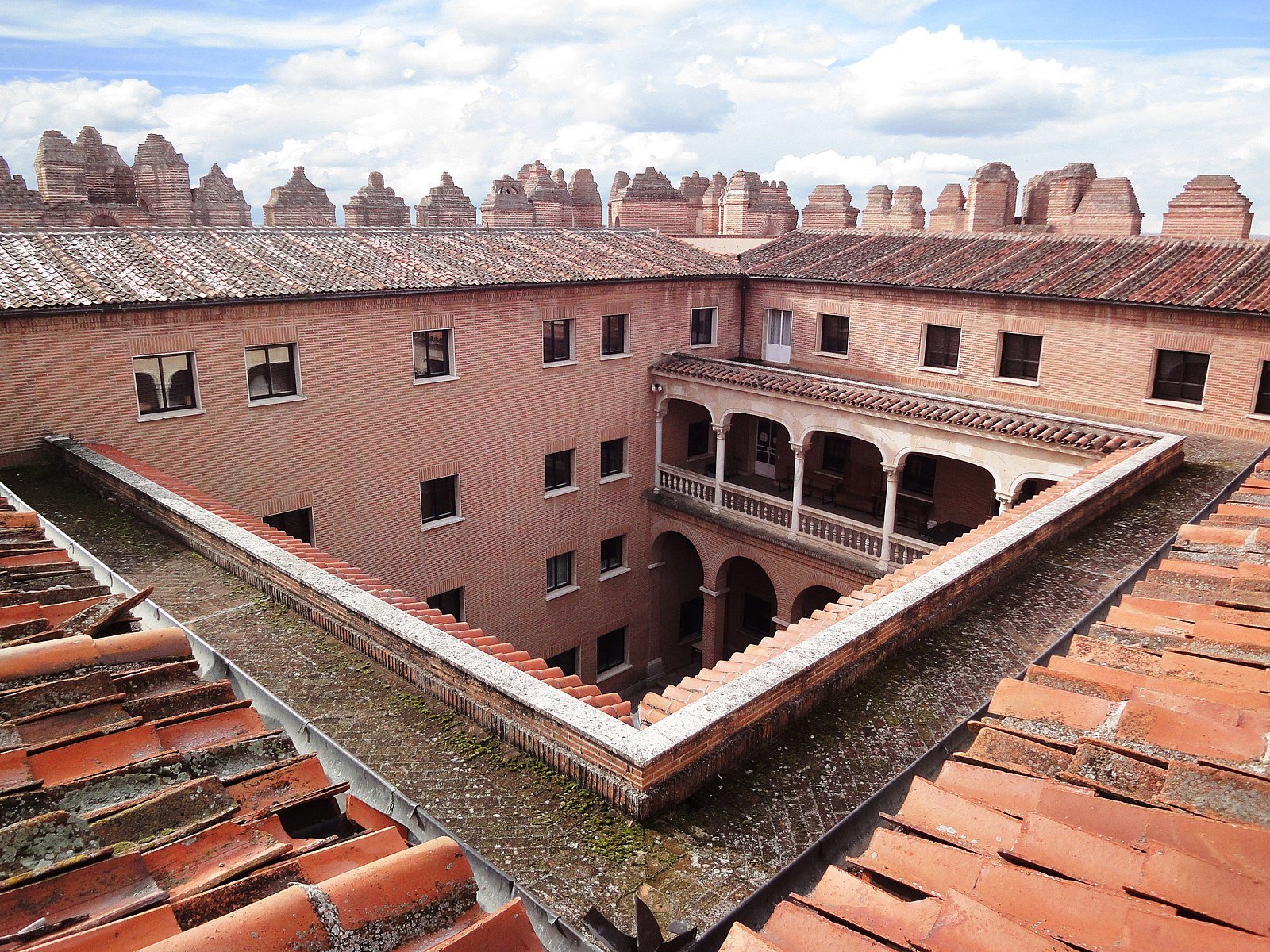 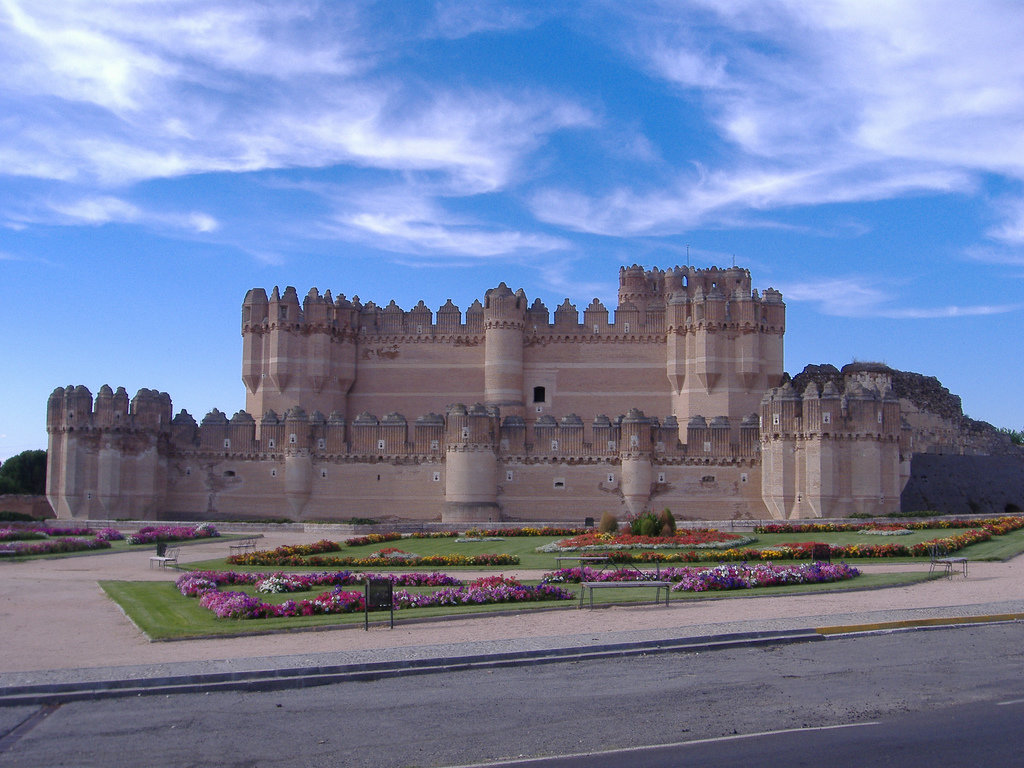 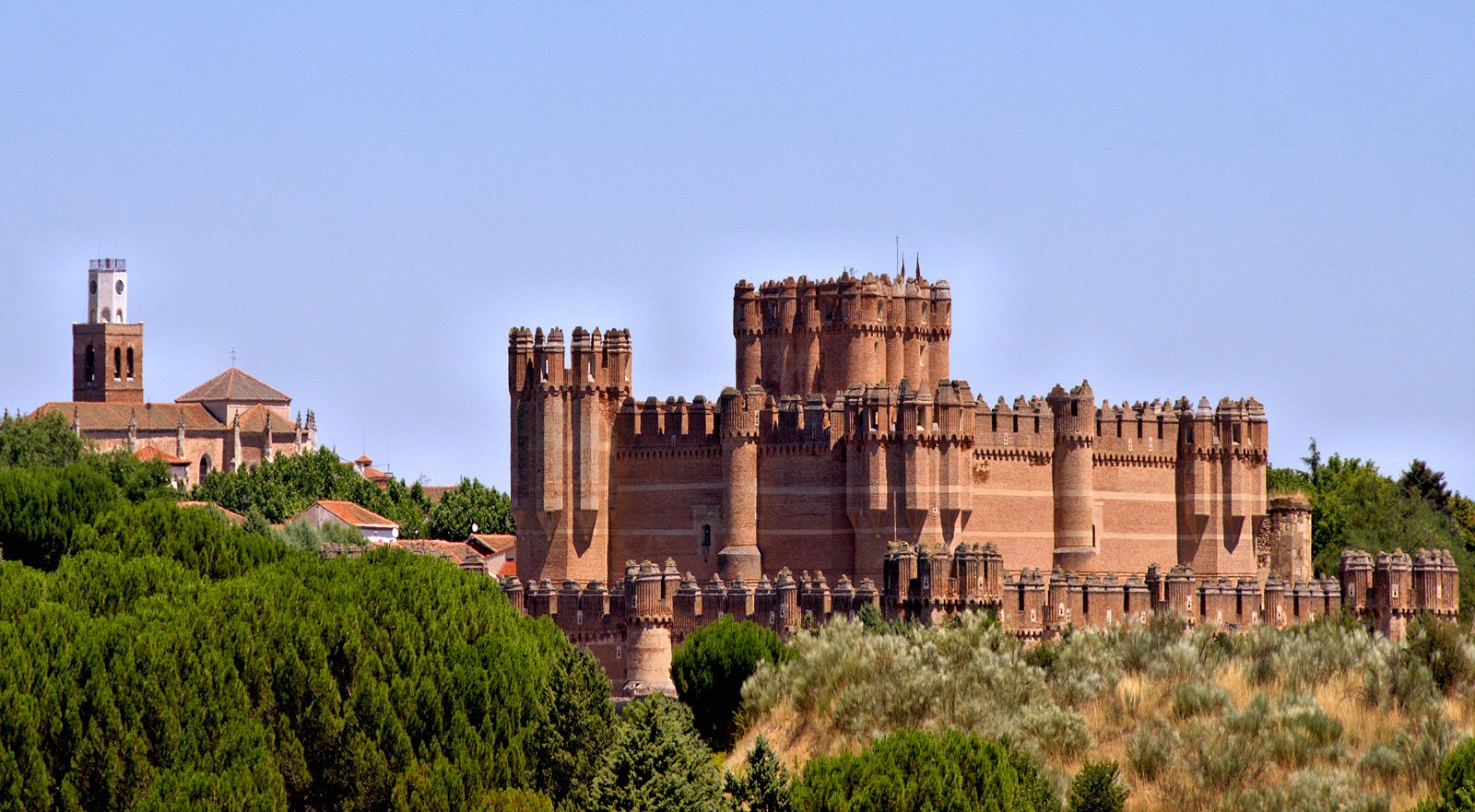 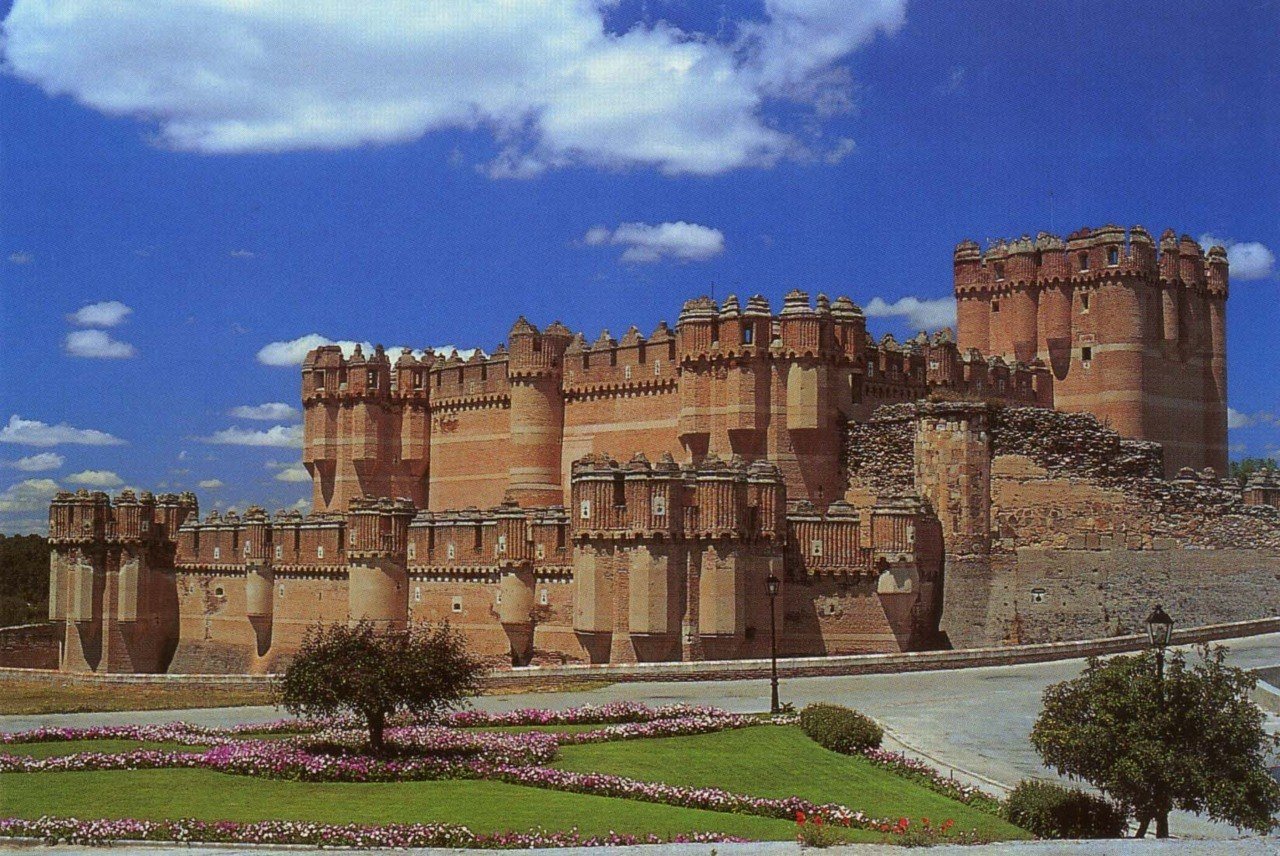 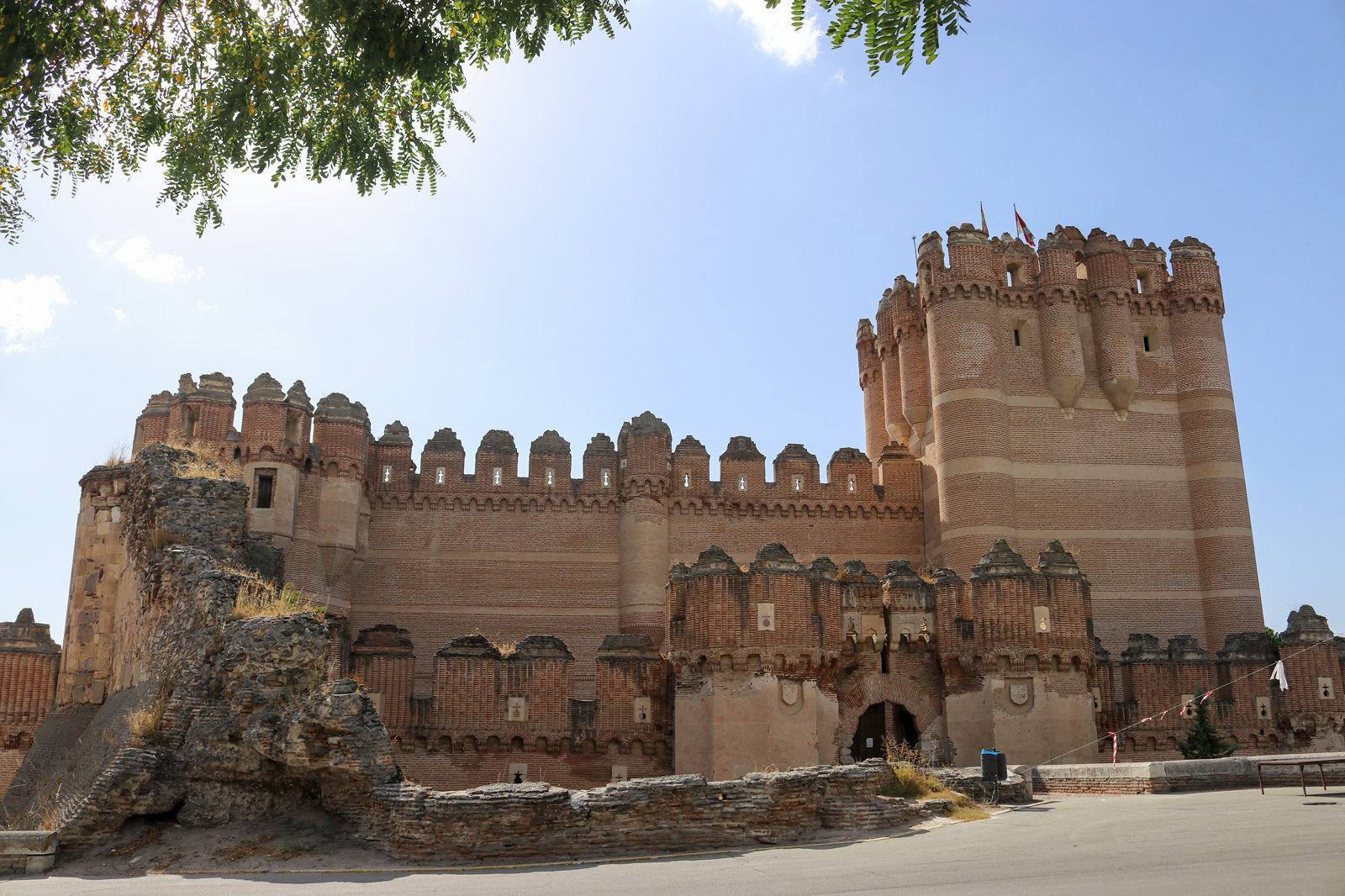 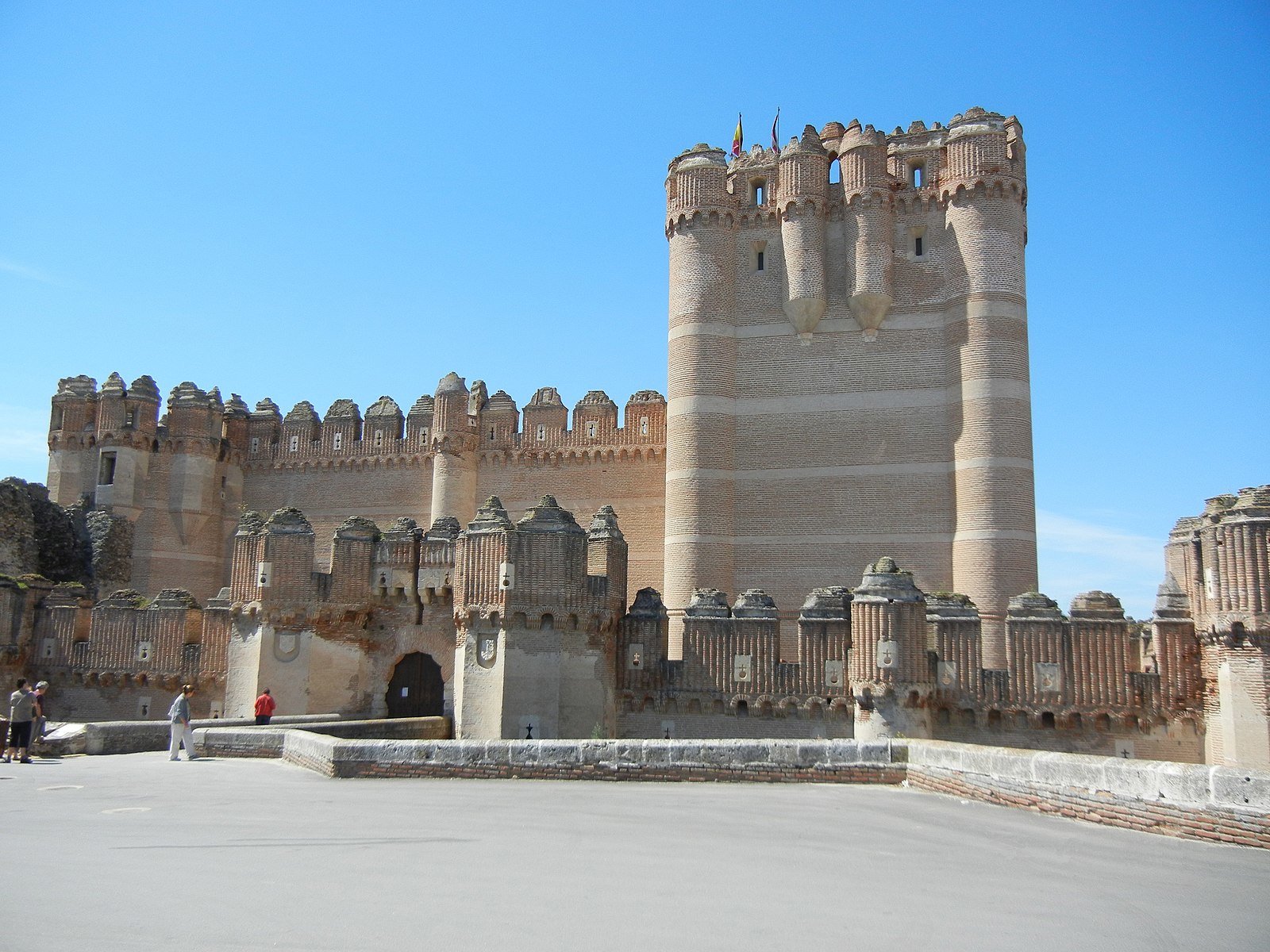 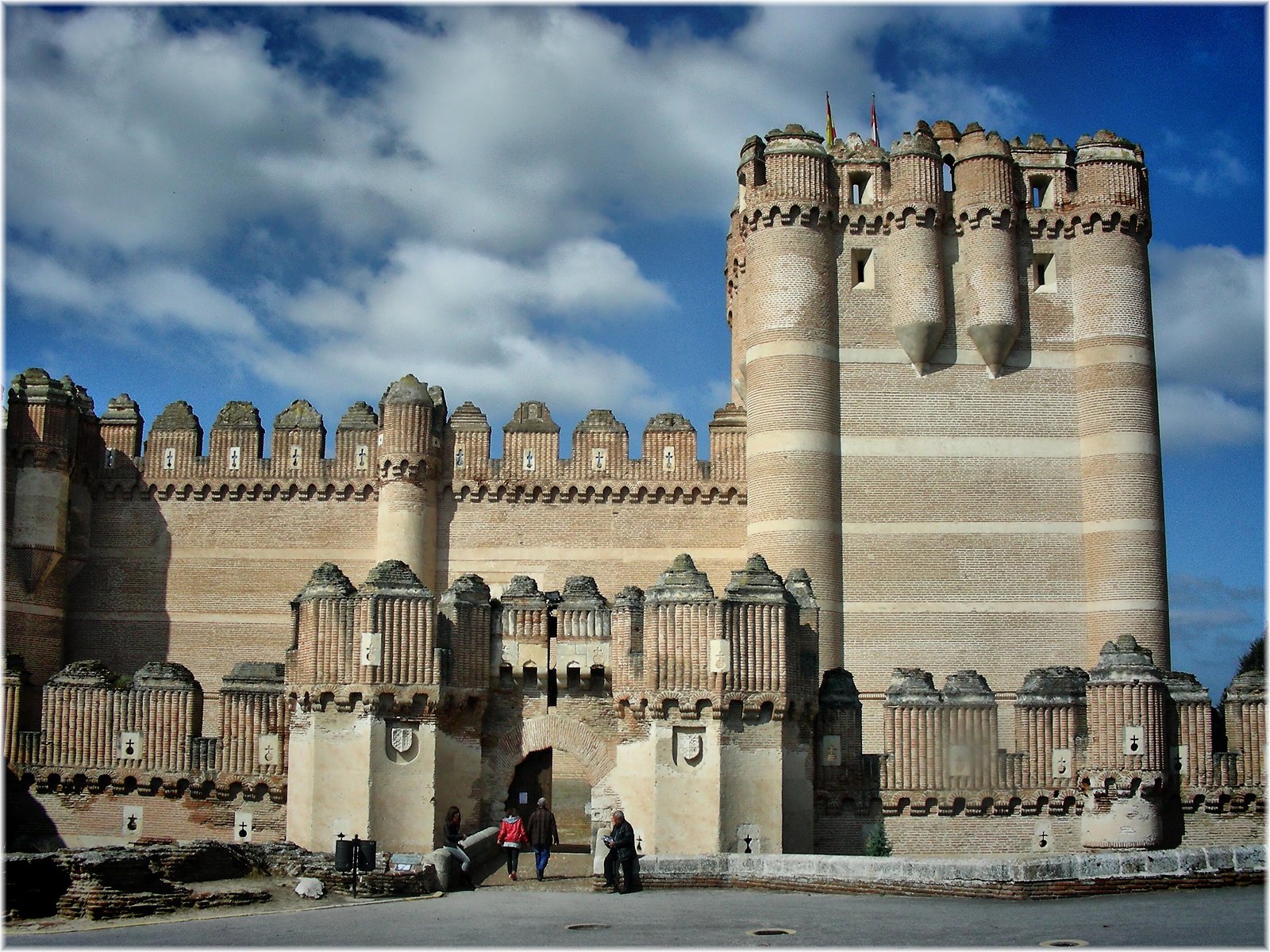 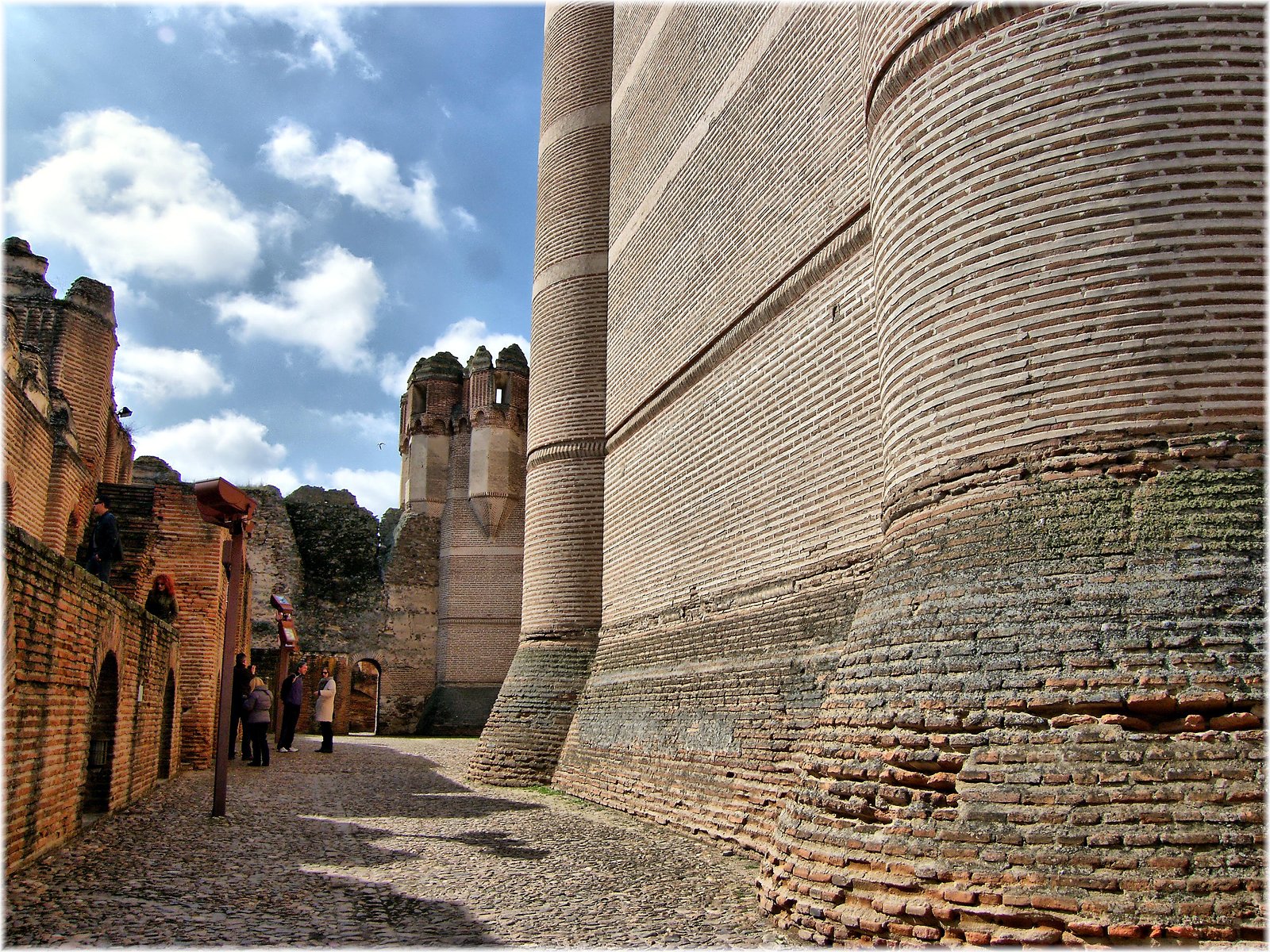