×
What are you looking for?
See all results
Castles in Naples

Castel dell'Ovo (Italian: "Egg Castle") is a castle in the Italian city of Naples. The edifice is located on a small island, the Megarides, where colonists from Cumae founded the original nucleus of the city in the 6th century BCE. In the 1st century BCE the Roman patrician Lucius Licinius Lucullus built a magnificent villa Castellum Lucullanum on the site. Fortified by Valentinian III in the mid 5th century, it was the place where the last western Roman emperor, Romulus Augustulus, was exiled in by Odoacer in 476. Eugippius founded a monastery on the site after 492.

The remains of the Roman-era structures and later fortifications were demolished by local residents in the 9th century to prevent their use by Saracen raiders. The first castle on the site was built by the Normans in the 12th century. The importance of the Castel dell'Ovo began to decline when king Charles I of Anjou built a new castle, Castel Nuovo, and moved his court there. Castel dell'Ovo became the seat of the Royal Chamber and of the State Treasury. The current appearance dates from the Aragonese domination (15th century). It was struck by French and Spanish artillery during the Italian Wars; in the Neapolitan Republic of 1799 its guns were used by rebels to deter the philo-Bourbon population.

In the 1800s a small fishing village (Borgo Marinari) sprung-up around the castle's eastern wall. This village still stands. However, it is now more known for its marina and several fine restaurants.

The castle is connected by a small causeway that is a popular place for newlyweds to have their wedding photos taken. The causeway is over 100 metres long. The castle is rectangular in shape (approximately 200 by 45 metres at its widest) and has a high angular bastion that overlooks the causeway. Inside the walls are several buildings that are often used for exhibitions and other special events. Behind the castle is a long promontory which was probably used as a docking area. A large round tower sits outside the castle walls to the southeast.

The castle's name stems from a medieval legend which holds that the poet Virgil, who developed a medieval reputation as a great sorcerer, had a magical egg put in the foundations to support them. Its location affords it an excellent view of the Naples waterfront and the surrounding area.

OnFeature Team
The oldest castle in Naples. Besides the visit through the walls of the castle and the terraces,you can attend one of the many exhibitions it houses, or you can have an aperitivo in a nice nearby bar.

ABP
It's quick to visit, 0,5 hour will suffice, yet definitely worth it. Spectacular medieval architecture and great view over the city and bay of Naples. One of the busiest "selfie spots" in town :-)

MC Mamu
Strong castle. The view from castle is amazing like a dream. You can watch the sea top of the castle how beautiful and high it is

Khulood Koko
Worth a visit , such a beautiful place and breath taking scenic view of Naples city

The Bourbon Tunnel, Tunnel Borbonico or Bourbon Gallery is an ancient

The Royal Palace is a palace in Naples, southern Italy. It is one of 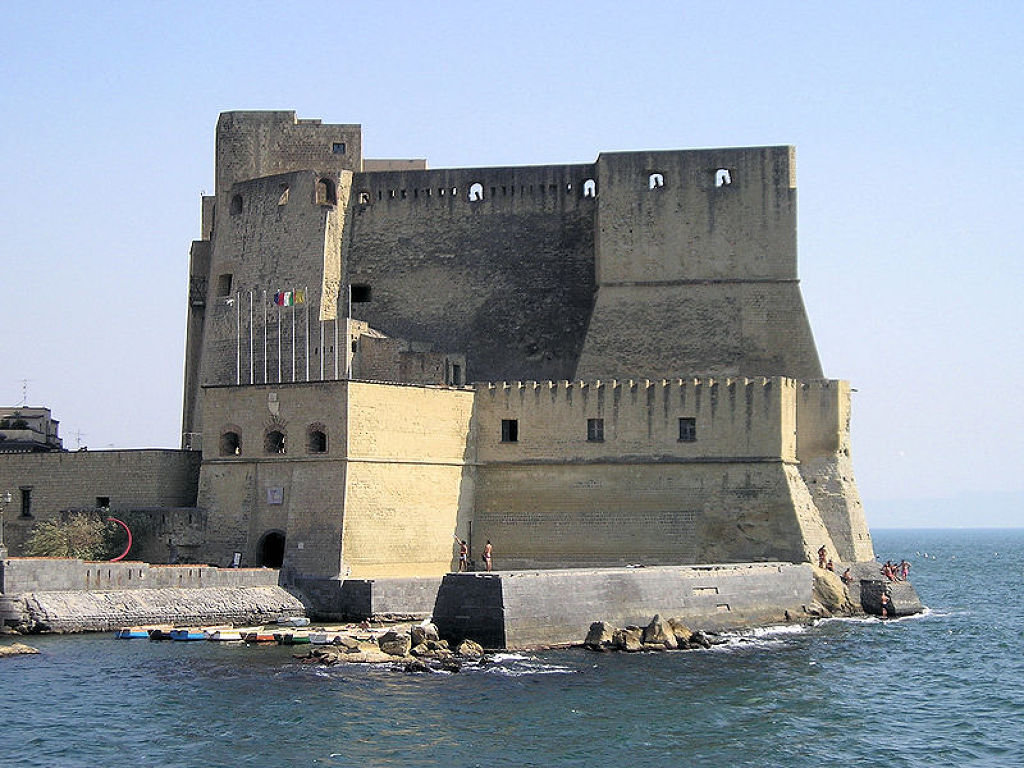 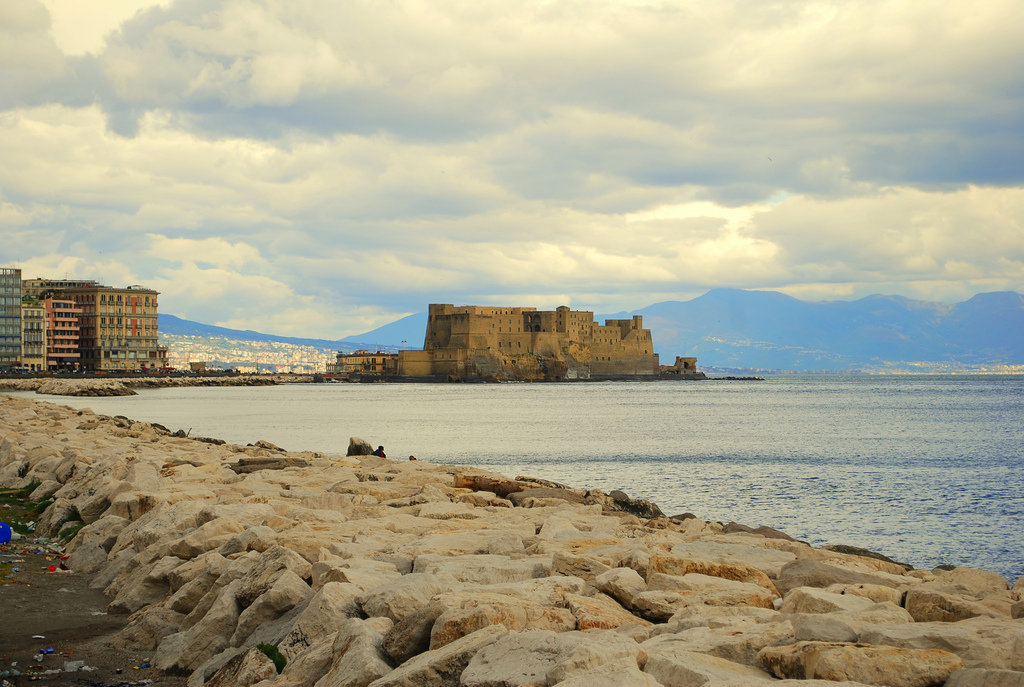 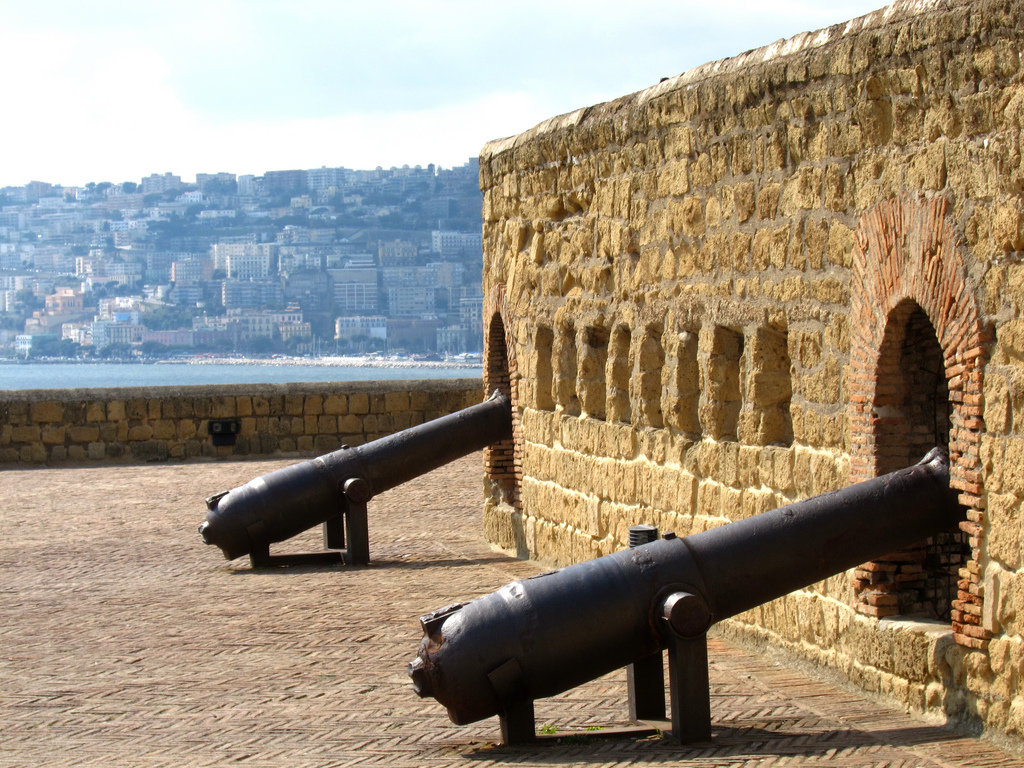