×
What are you looking for?
See all results
Castles in Corato 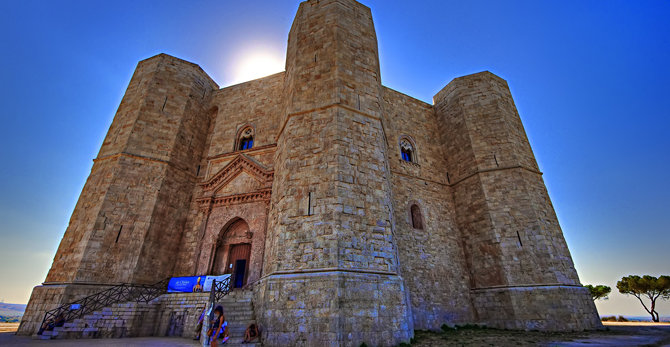 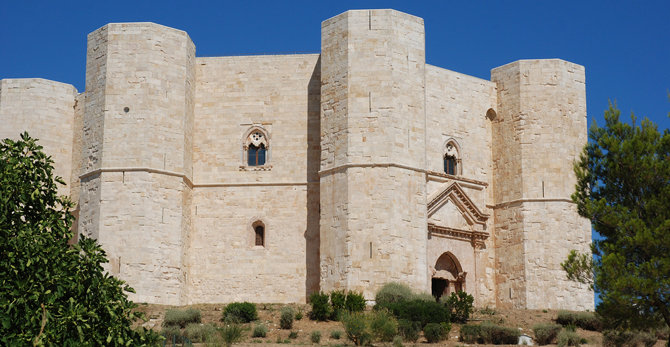 Castel del Monte (italiano. Castle of the Mount) is a 13th century castle situated in the Apulia region of southeast Italy. It was built by the Holy Roman Emperor Frederick II some time between 1240 and 1250; it has been despoiled of its interior marbles and furnishings in subsequent centuries. It has neither a moat nor a drawbridge and might in fact never have been intended as a defensive fortress.

Castel del Monte is situated on a small hill close to the monastery of Santa Maria del Monte, at an altitude of 540 m. It lies in the comune of Andria, occupying the site of an earlier fortress of which no structural remains exist.

It was completed in 1249 and was used primarily as a hunting lodge by Frederick until his death in 1250. It was later turned into a prison, used as a refuge during a plague, and finally fell into disrepair. It originally had marble walls and columns, but all were stripped by vandals.

The fortress is an octagonal prism with an octagonal bastion at each corner. Each floor has 8 rooms and an eight-sided courtyard occupies its centre. The octagon is thought to be an intermediate symbol between a square (representing the earth) and a circle (representing the sky). Frederick II may have been inspired to build to this shape by either the Dome of the Rock in Jerusalem, which he had seen while on Crusade, or by the Palace Chapel of Aachen Cathedral.

The main wall is 25 m high and the eight bastions each 26 m. The sides of the main octagon are 16.5 m long and those of the octagonal towers each 3.1 m. The castle has a diameter of 56 m. Its main entrance faces due east.

After having been abandoned for a considerable length of time, the castle was purchased in 1876 for the sum of 25,000 lire by the Italian government, which began the process of restoration in 1928.

Central to the plot of Umberto Eco's novel The Name of the Rose is an old fortress known as the 'Aedificium'. This was almost certainly inspired by Castel del Monte.

Castel del Monte was named a World Heritage Site by UNESCO in 1996, who described it as "a unique masterpiece of medieval military architecture".

Castel del Monte is depicted on the reverse of the Italian-issue 1 Euro cent coin.

Italia.it
Commissioned by Frederick II of Swabia in the 13th Century, the Castle is a massive and dominating octagonal structure that sits on a small stretch of the Murge plateau in Apulia.

Castello svevo (Trani) is a tourist attraction, one of the Castles in

Add to wishlist
I've been here
Visited
Colossus of Barletta

Add to wishlist
I've been here
Visited
Castle of Melfi 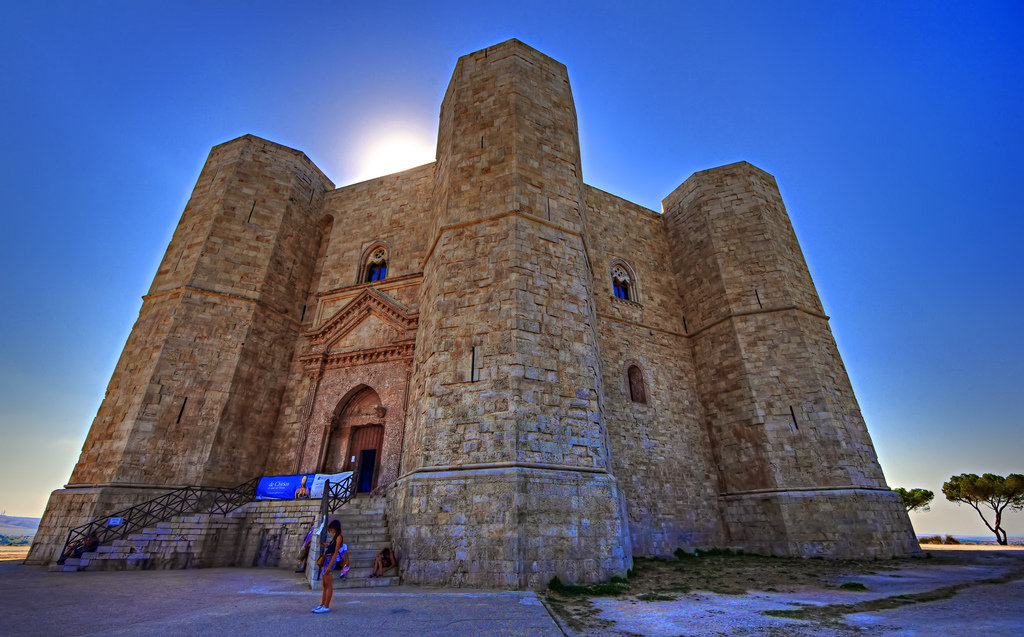 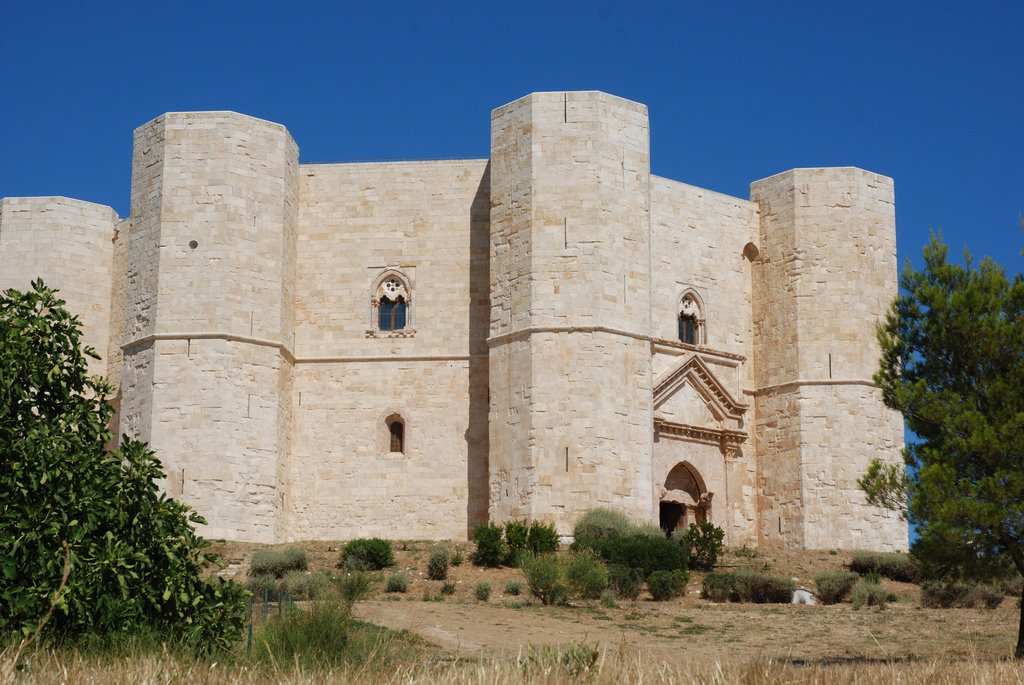 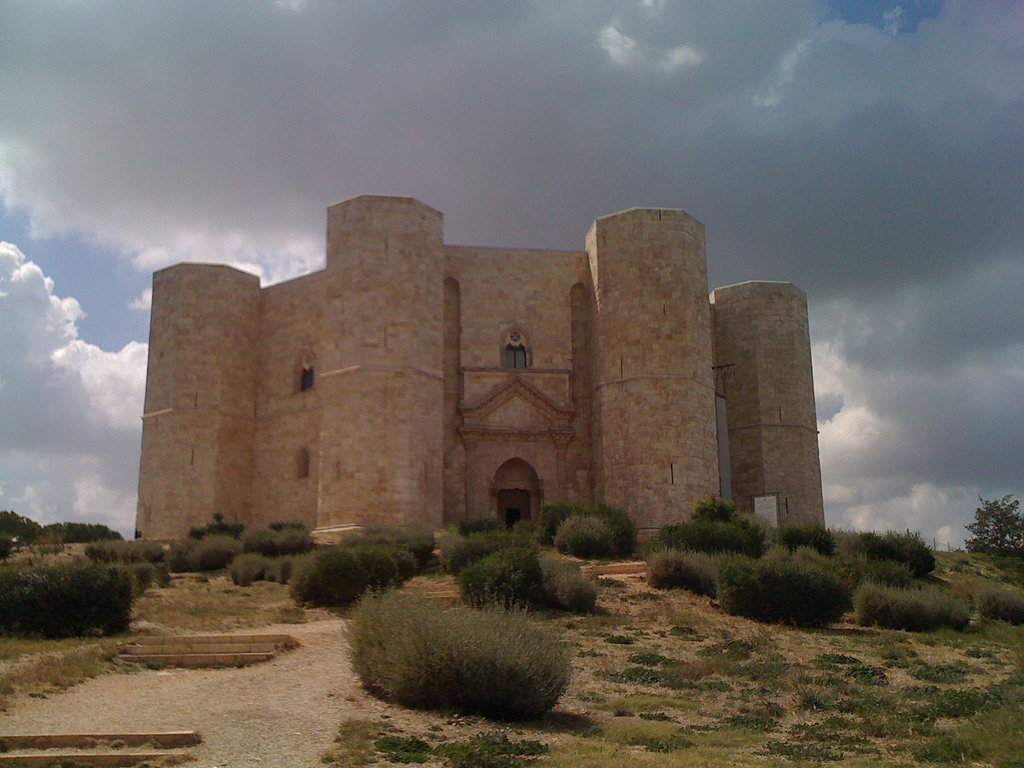 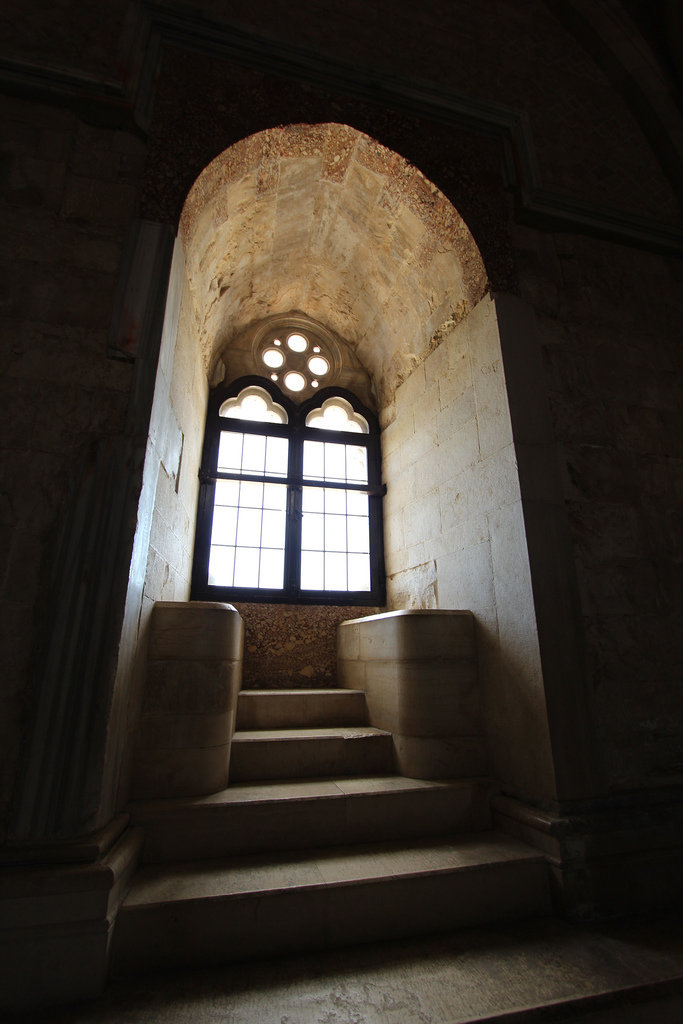