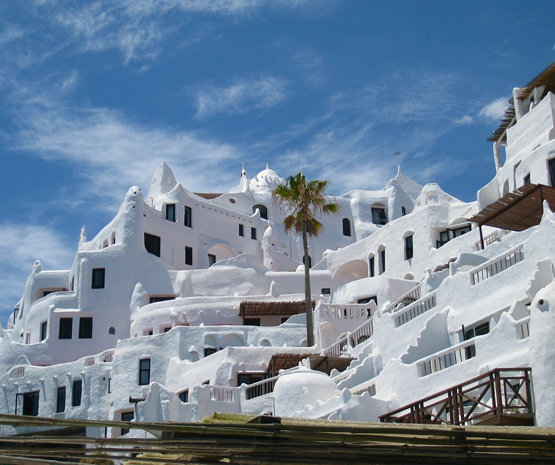 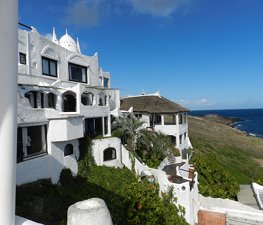 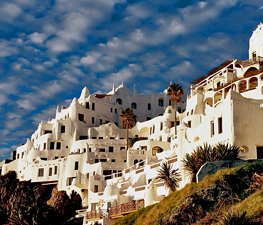 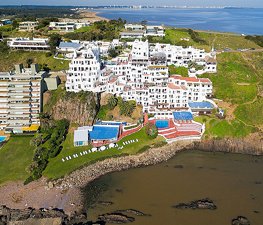 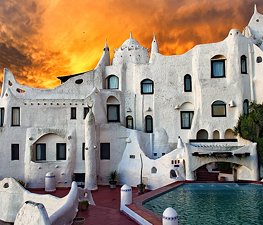 Casapueblo is a building constructed by the Uruguayan artist Carlos Páez Vilaró. It is located in Punta Ballena, 13 kilometres (8.1 mi) from Punta del Este, Uruguay. It was originally a summer house and workshop of the artist. Initially it was a summer house and artist's workshop, it includes in its facilities a museum, an art gallery, a cafeteria and a hotel. It was the permanent residence of its creator, where it worked and where it spent its last days.

It was built around a small wooden house made of planks found on the coast, called La Pionera (The Pioneer), by Carlos Páez Vilaró. In a style that can be compared to the houses on the Mediterranean coast of Santorini, the artist used to refer to the nest of the hornero, a typical bird of Uruguay, when referring to this type of construction. The building, which took 36 years to complete, has thirteen floors with terraces that allow one to watch optimal views of sunset on the waters of the Atlantic ocean.

It houses a tribute to Carlos Miguel, the artist's son and one of the sixteen Uruguayan survivors of the plane crash of flight 571 of the Uruguayan Air Force, which crashed in the Andes on October 13, 1972.

Carlos Páez Vilaró has received some of the most important personalities from the cultural and political field, such as the writer Isabel Allende, the ambassador Mercedes Vicente, the sexologist Mariela Castro, the artist Vinícius de Moraes, among others.

The building was built of whitewashed cement and stucco. It was built in an artisanal way and without previous plans, in the form of a maze, it does not have straight lines inside and the color white predominates. It was expanded and modified year after year as a residence in "unpredictable ways".

"I was built it [Casapueblo] as if it were a habitable sculpture, without plans, especially at the request of my enthusiasm. When the municipality recently asked me for the plans that I did not have, an architect friend had to spend a month studying how to decipher it.
— Carlos Páez Vilaró.

To May, 2020 the Casapueblo Hotel has 20 rooms and suites and 50 apartments, hot pool, sauna, bar, and restaurant. The high season is from December to February. The apartment hotel called Hotel Casapueblo or Club Hotel Casapueblo has a restaurant called Las Terrazas (The Terraces) that follows the style of the original construction.

In the main dome of Casapueblo contains museum and workshop, where one can see part of the work of the late painter, potter, sculptor, muralist, writer, composer and builder Carlos Páez Vilaró. It has four exhibition rooms: Nicolás Guillén Room, Pablo Picasso Room, Rafael Squirm Room, José Gómez-Sicre Room, projection room, the Mermaid Terrace, Hippocampus Lookout, the Taberna del Rayo Verde (Tavern of the Green Ray) coffee shop and a boutique. The museum can be visited every day from 10 a.m. to 6 p.m.

Every afternoon since 1994 the Sun Ceremony is held on the museum's terraces. Minutes before sunset, the artist's voice from a recording, dedicates a poem to the sun to bid farewell to it.

Isabella Freihat
Incredible view! Make sure about the weekday you are visiting because the restaurant doesnt work on thursday! Neither for guests

Mariah Maggioli
Beautiful architecture and amazing view! Must go on the way to Punta del Este

Ed G
One of the best sunsets I've ever seen! Worth the trip.

Natalia G
Beautiful building gets really packed before the sunset.

Andrew M
Not a straight line to be found anywhere: an architectural gem!
Load more comments
foursquare.com
8.9/10
35,194 people have been here
I've been here
Add to wishlist

Monumento al Ahogado (English: Monument to the Drowned) is a sculpture

The Museum of the Sea, opened in 1996, is a museum of natural history

The Colonel Jaime Meregalli Aeronautical Museum in an aviation museum

Add to wishlist
I've been here
Visited
Obelisk of Montevideo

The Obelisk of Montevideo, officially listed as the Obelisco a los

The Memorial to the Holocaust of the Jewish People (Spanish: Memorial

The Estévez Palace (Spanish: Palacio Estévez) is a building situated i 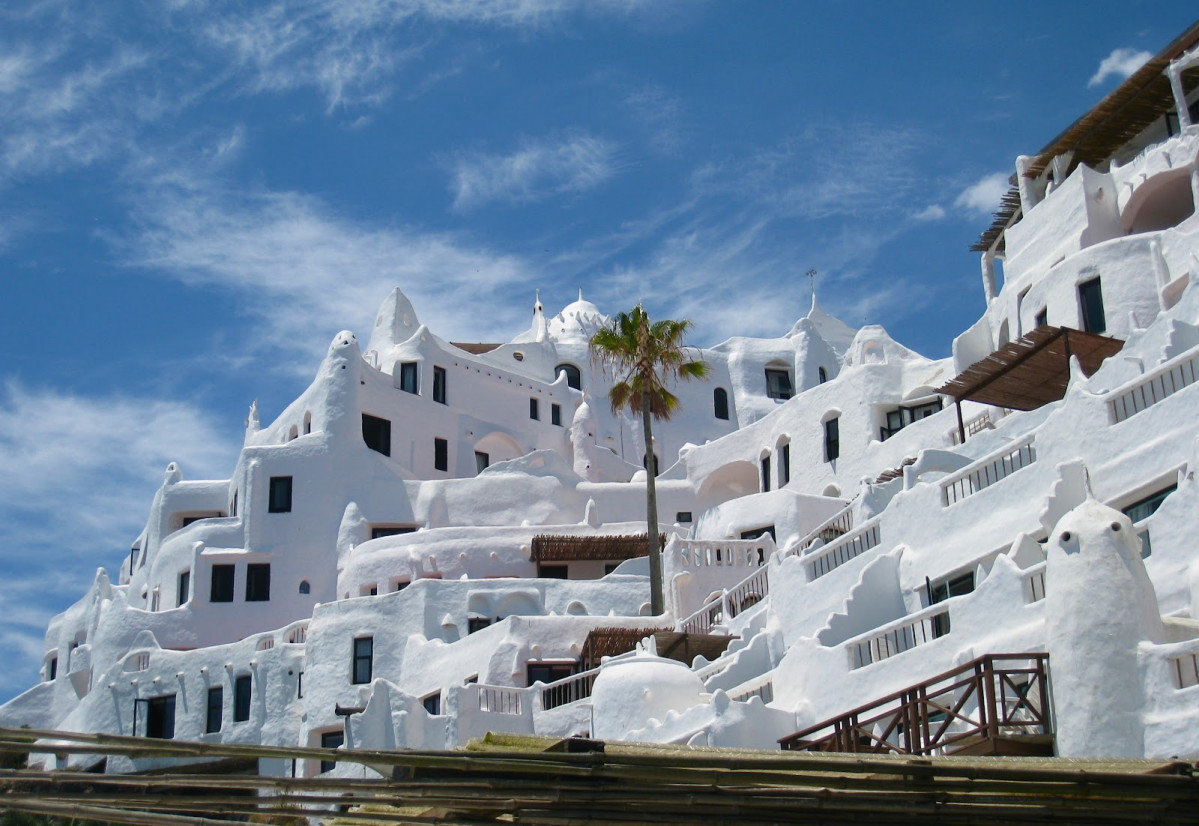 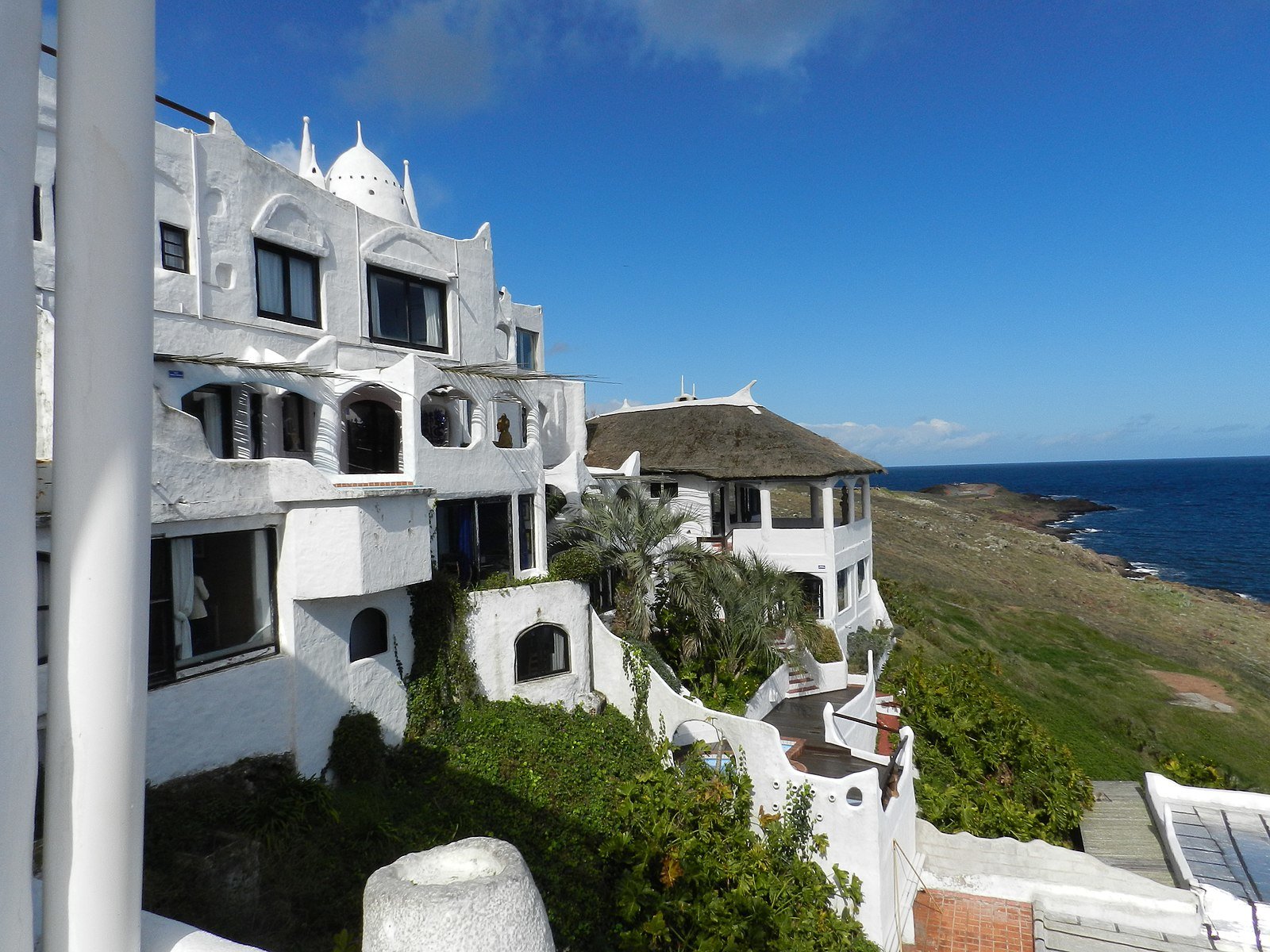 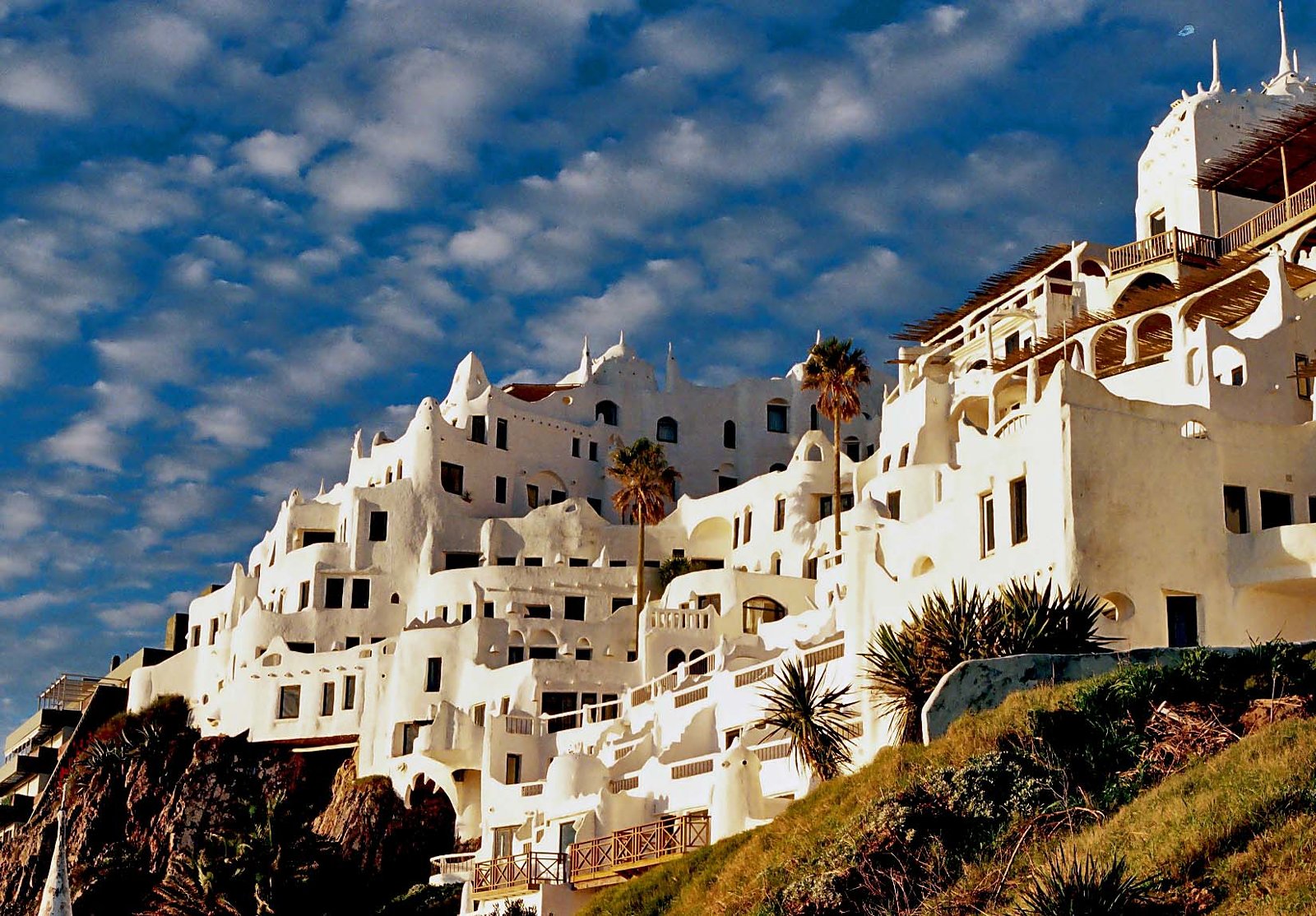 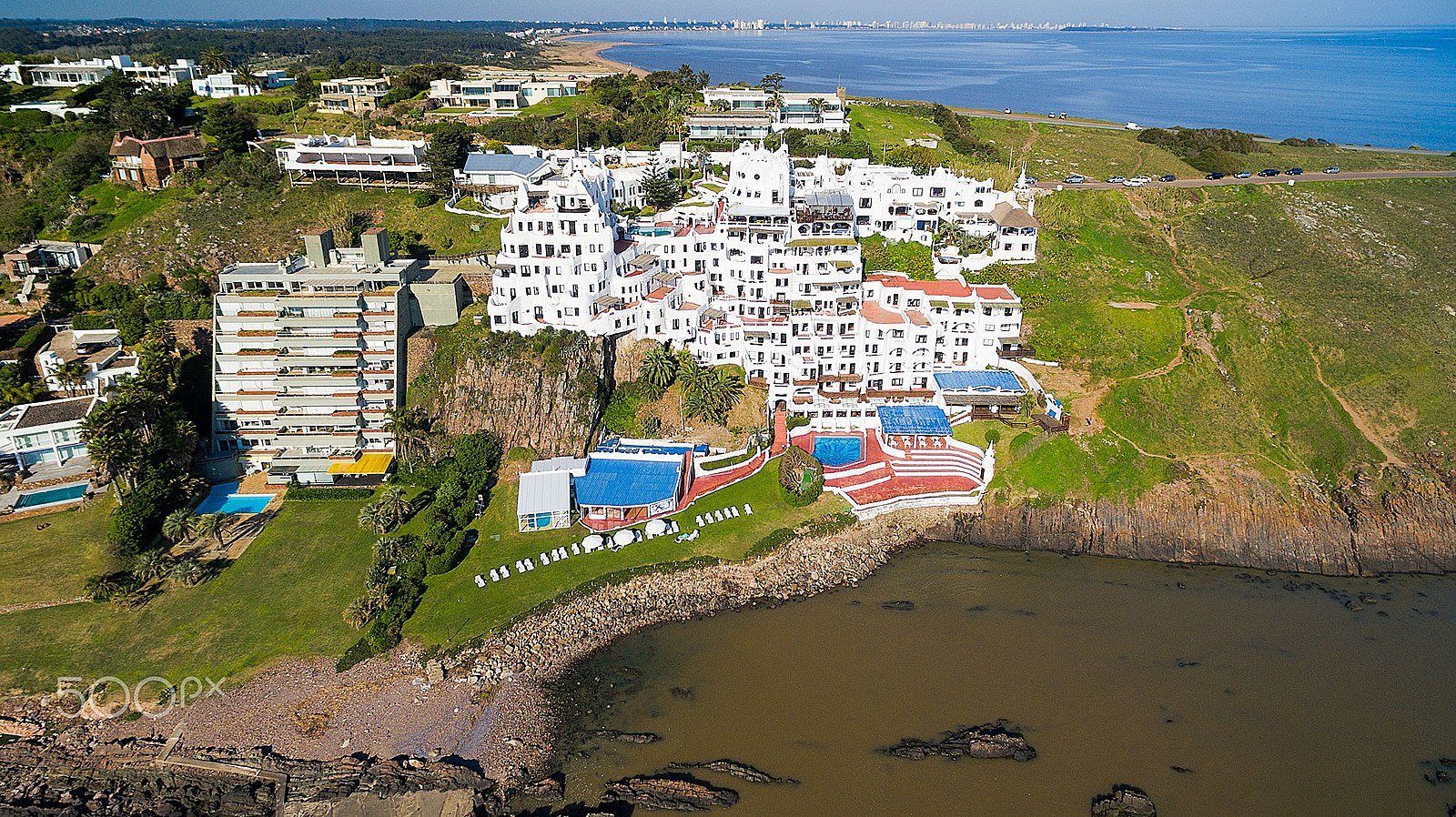 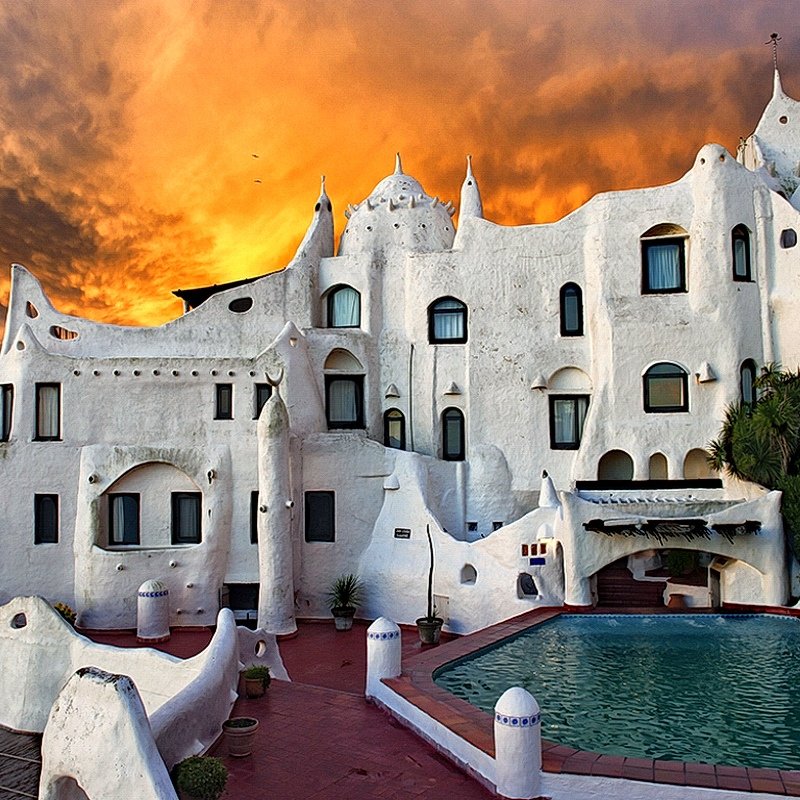 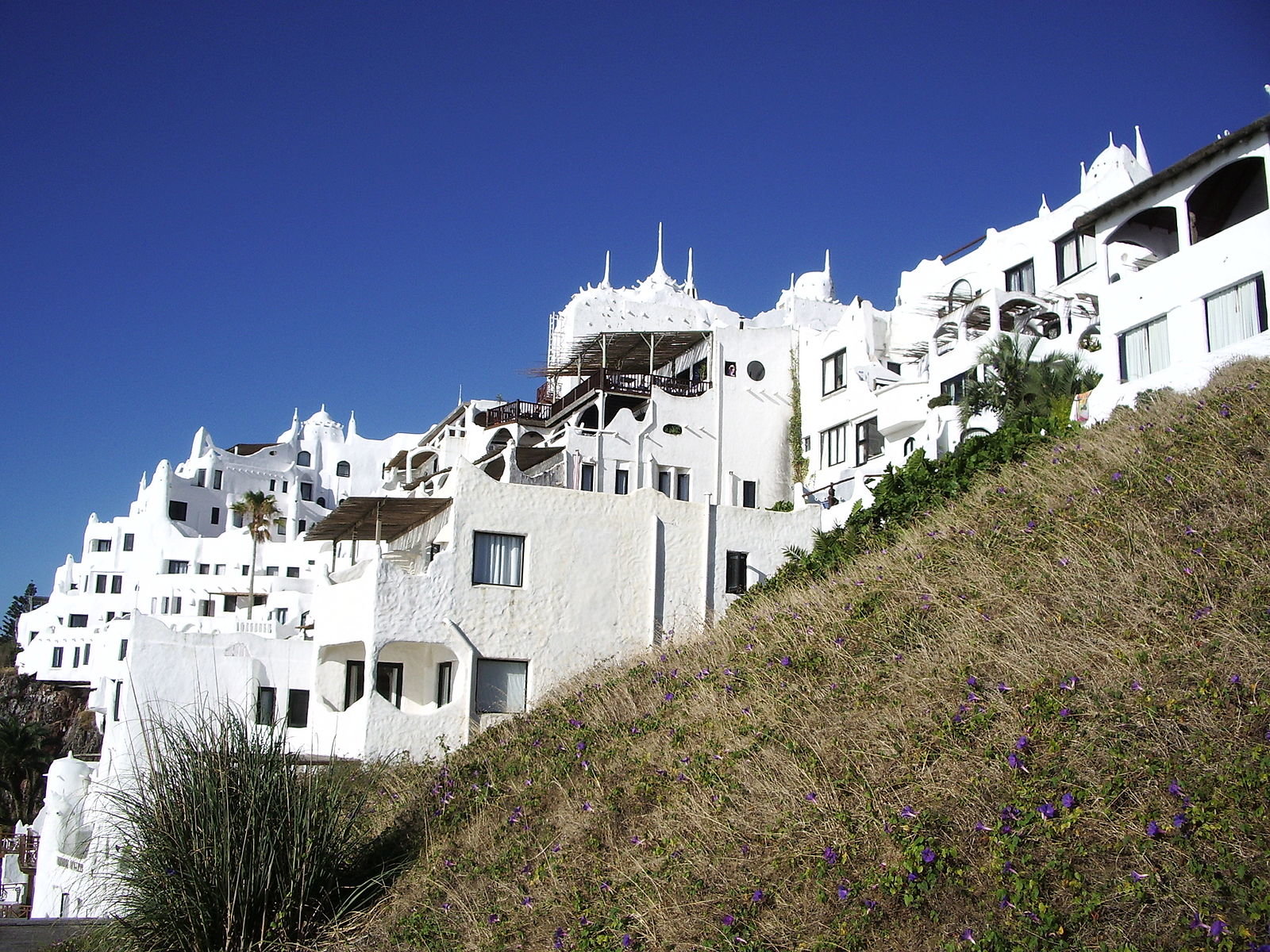 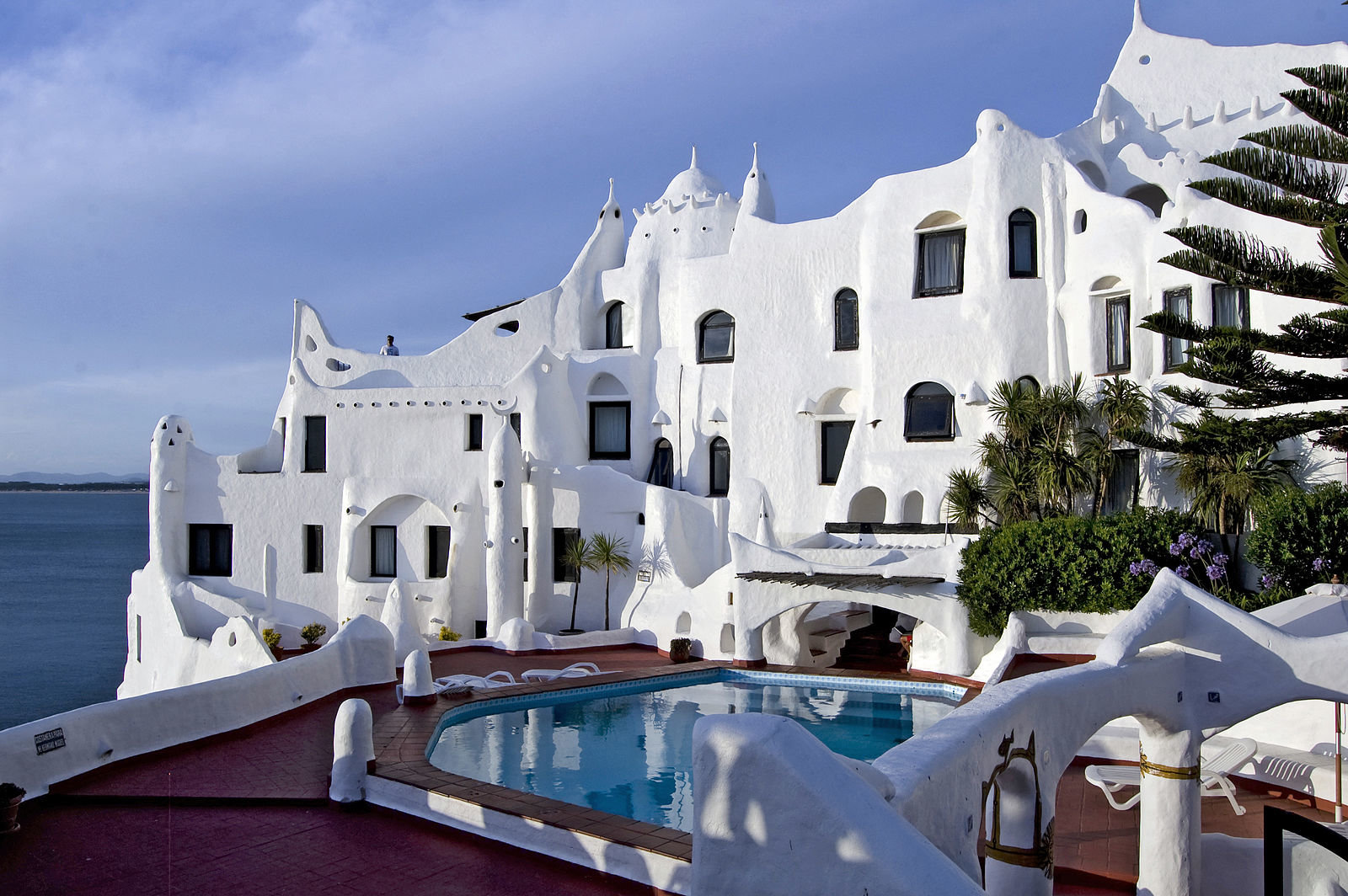 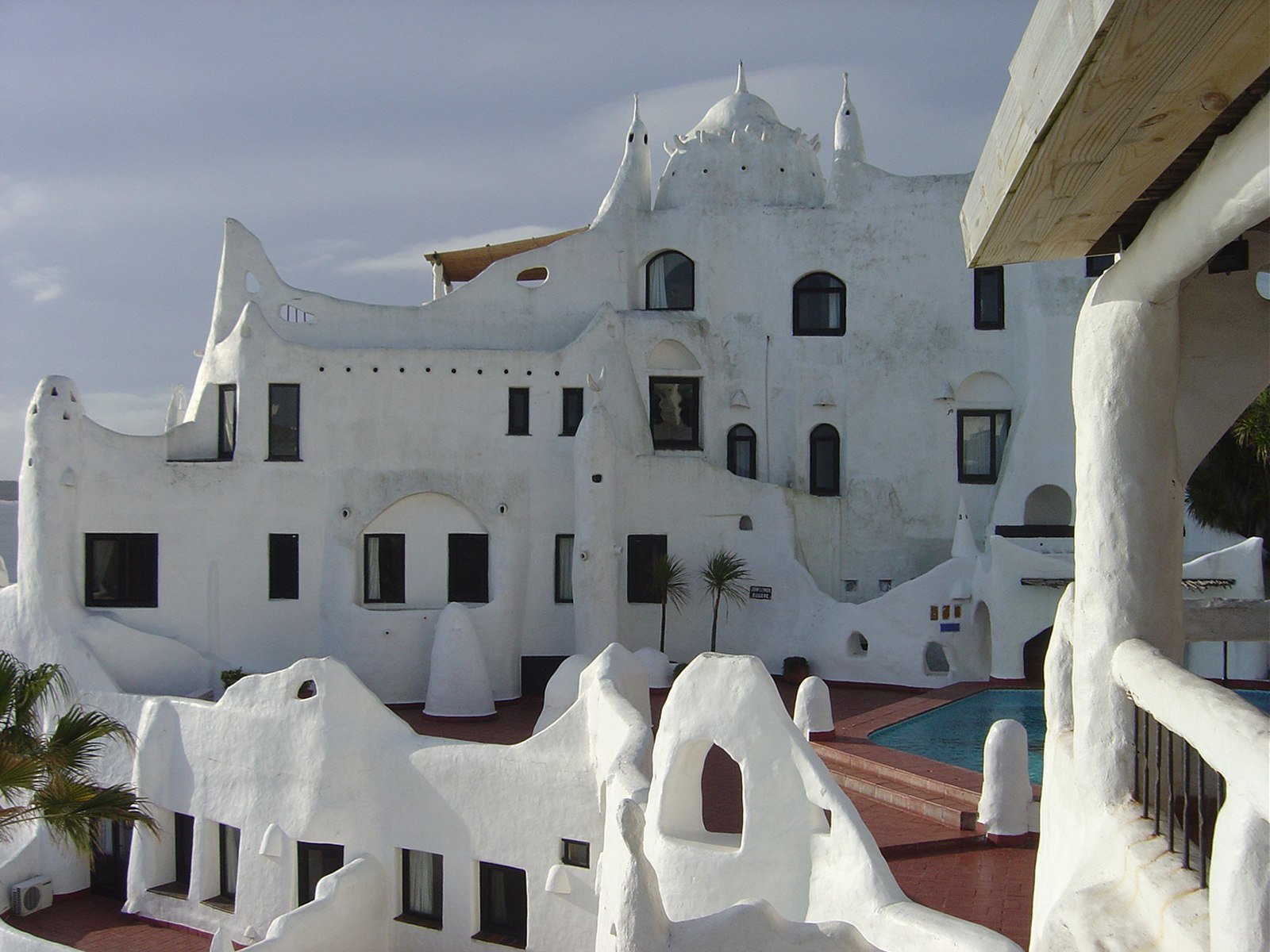 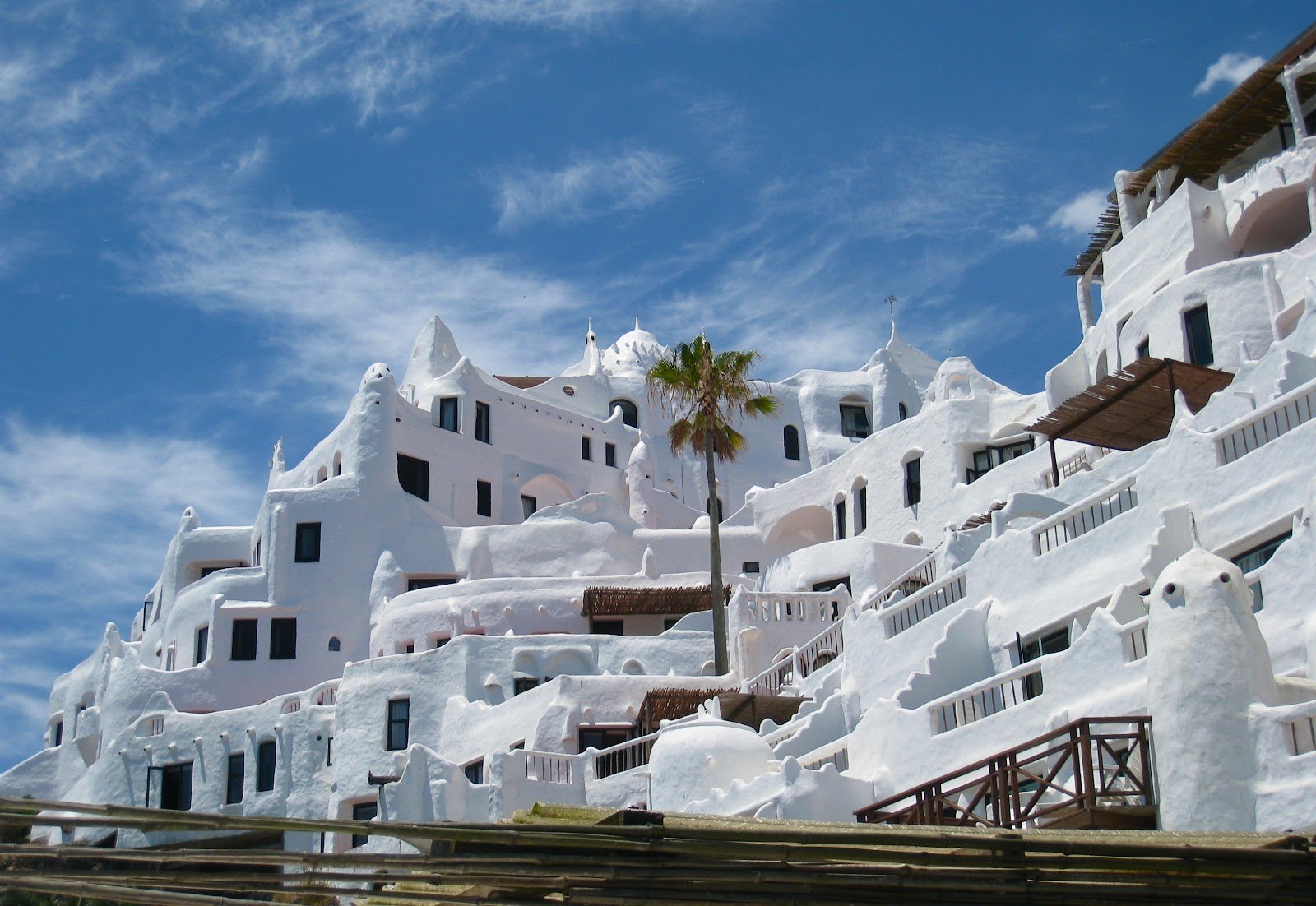 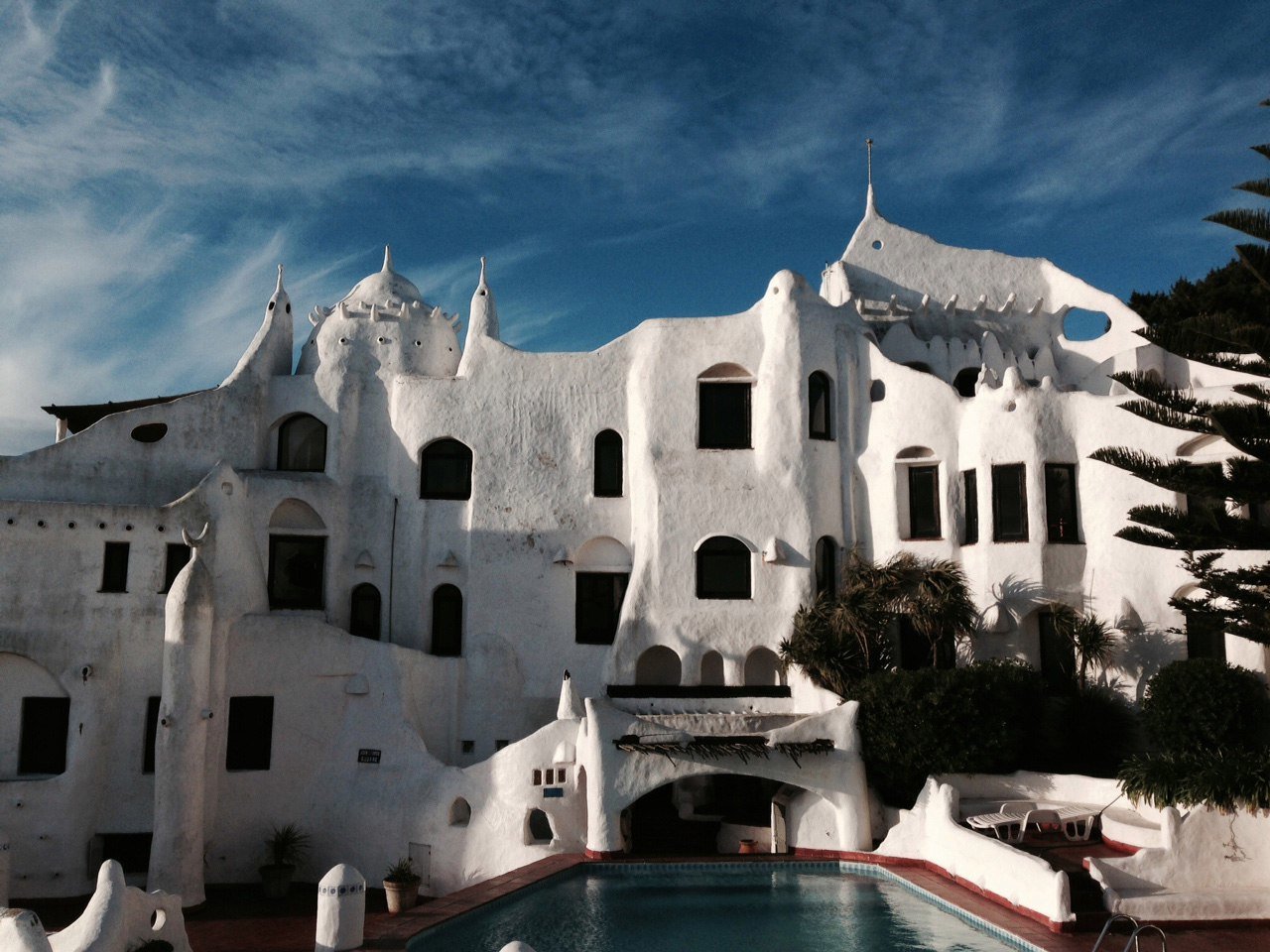 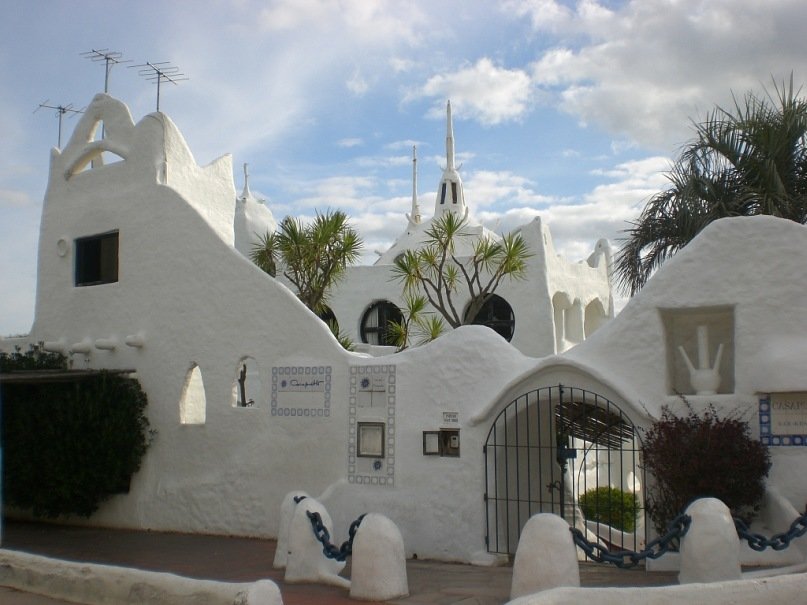 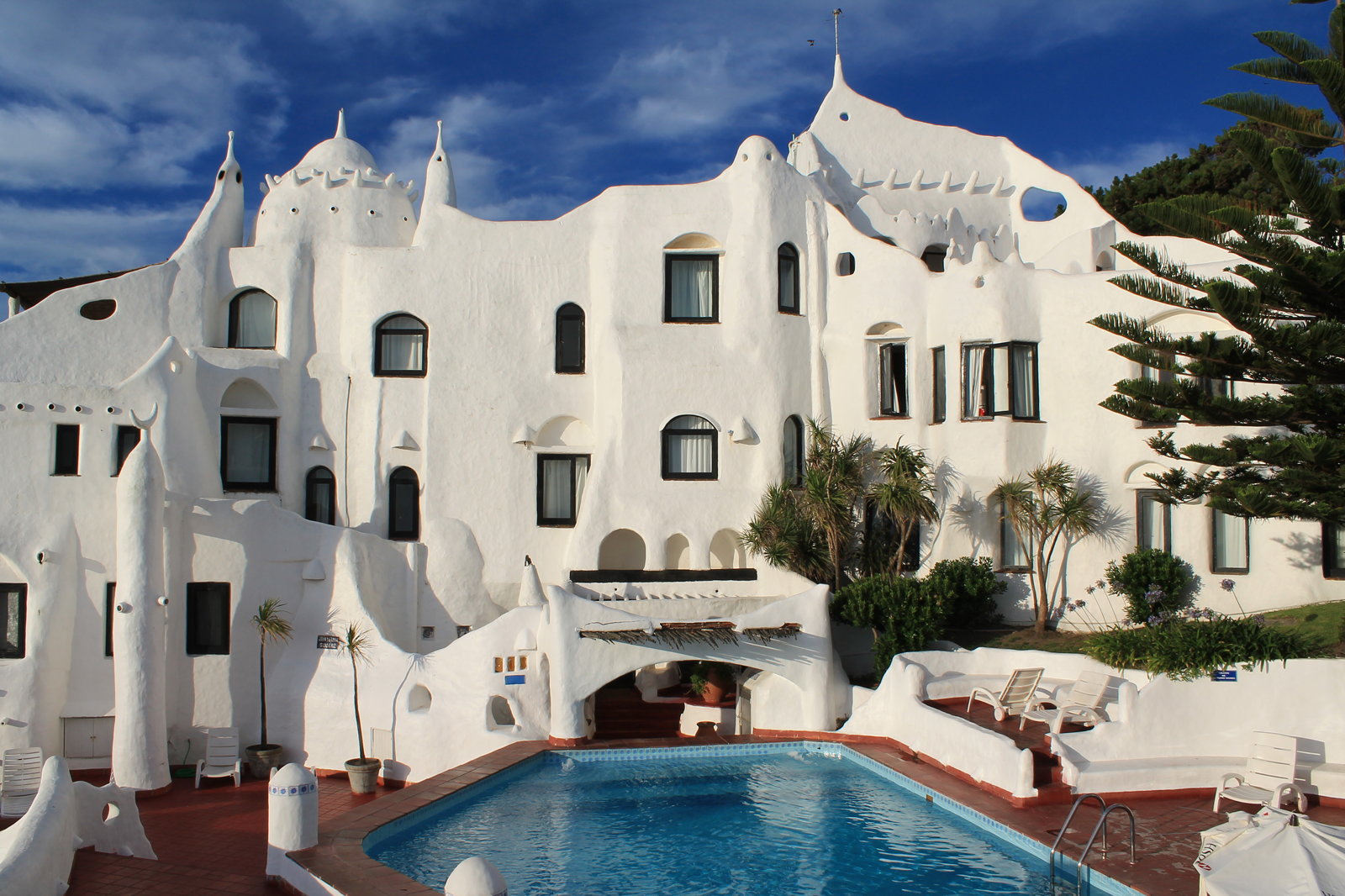 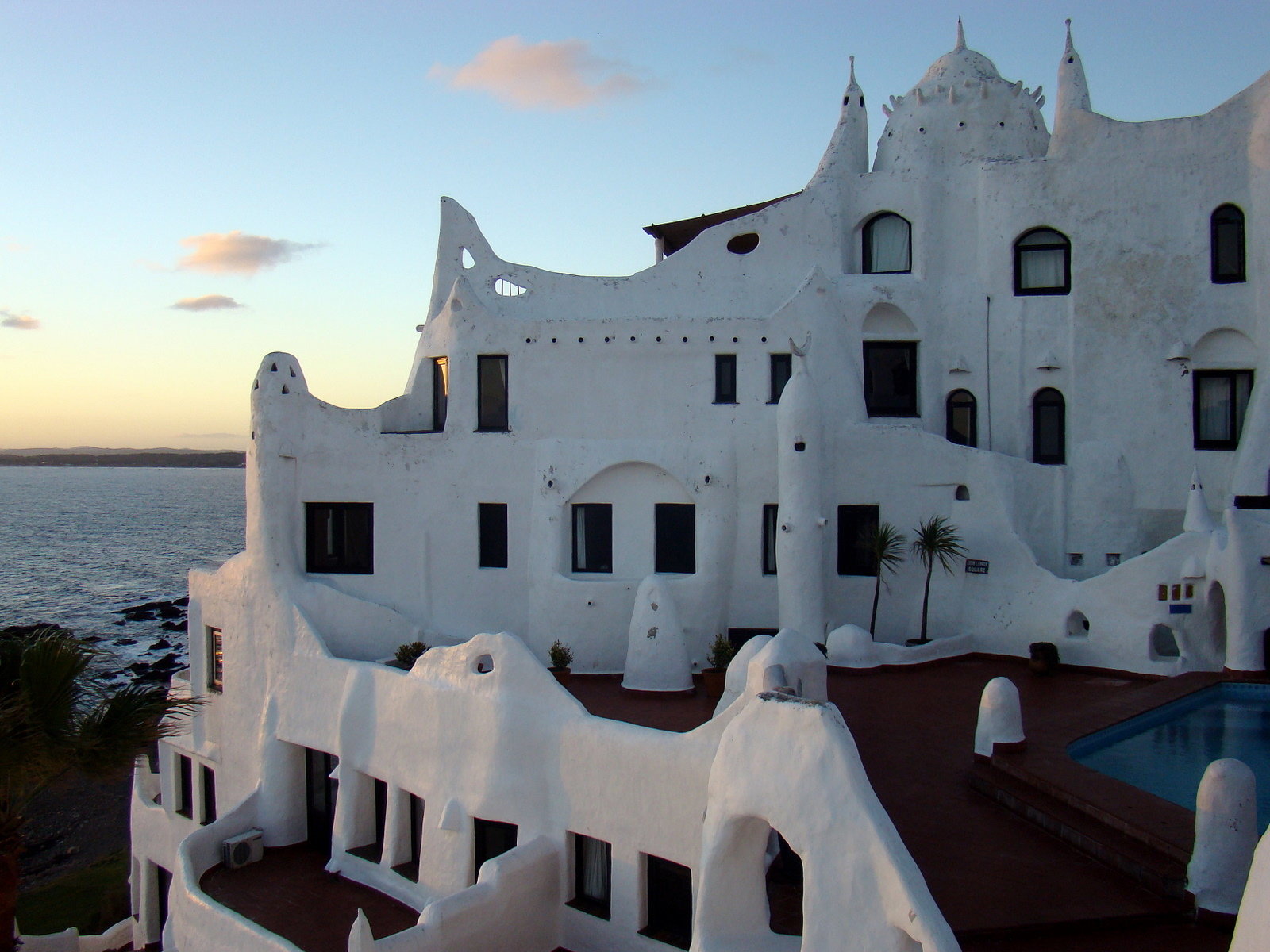 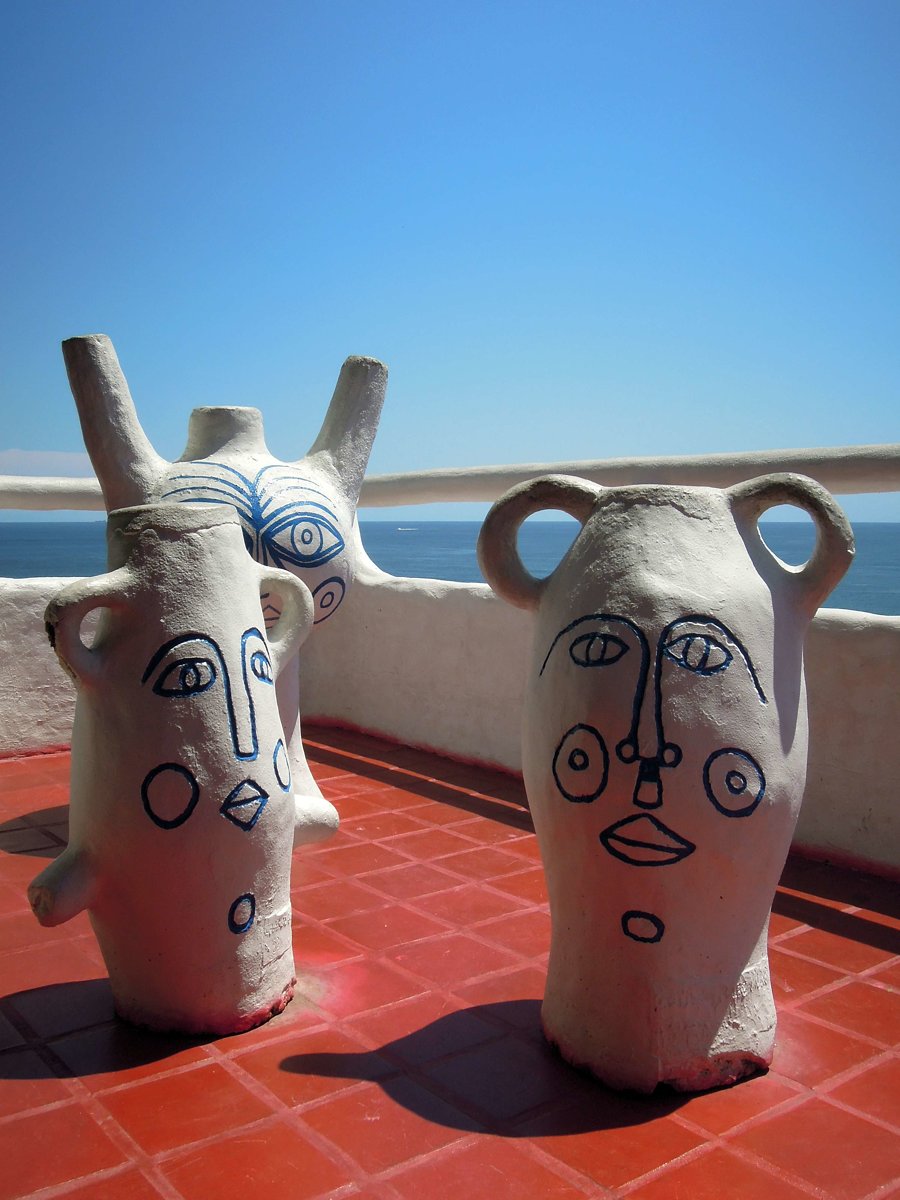 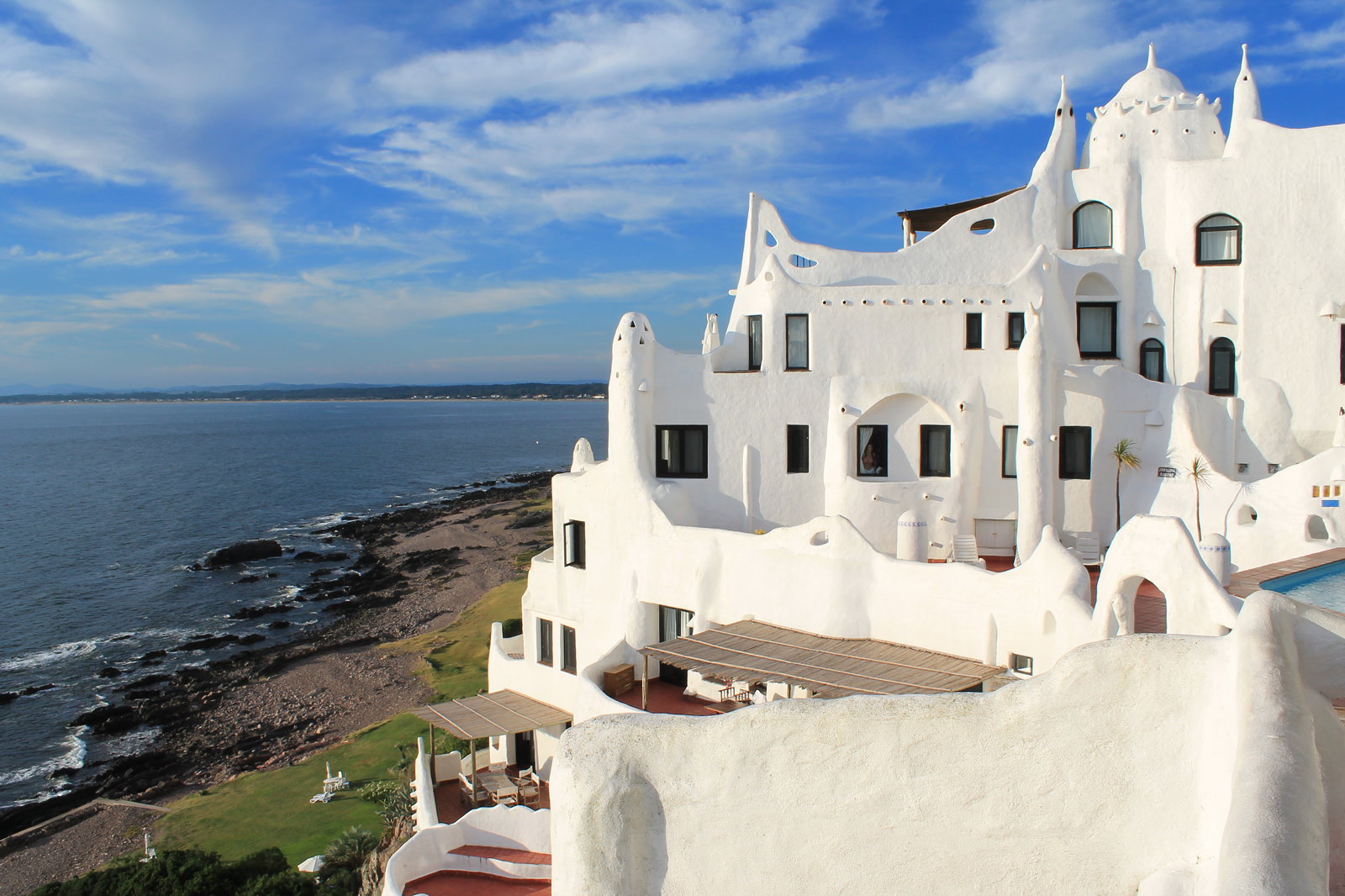 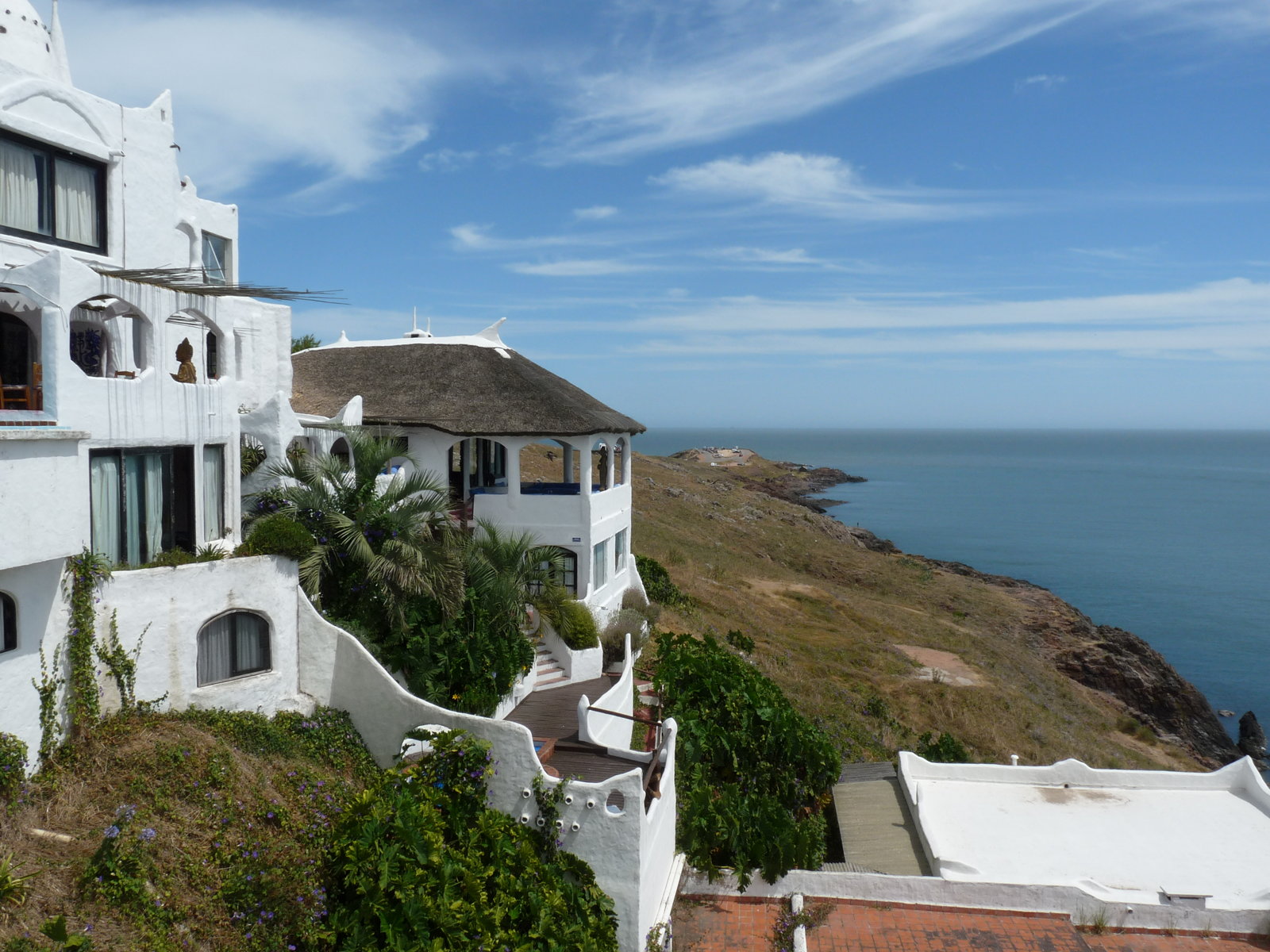 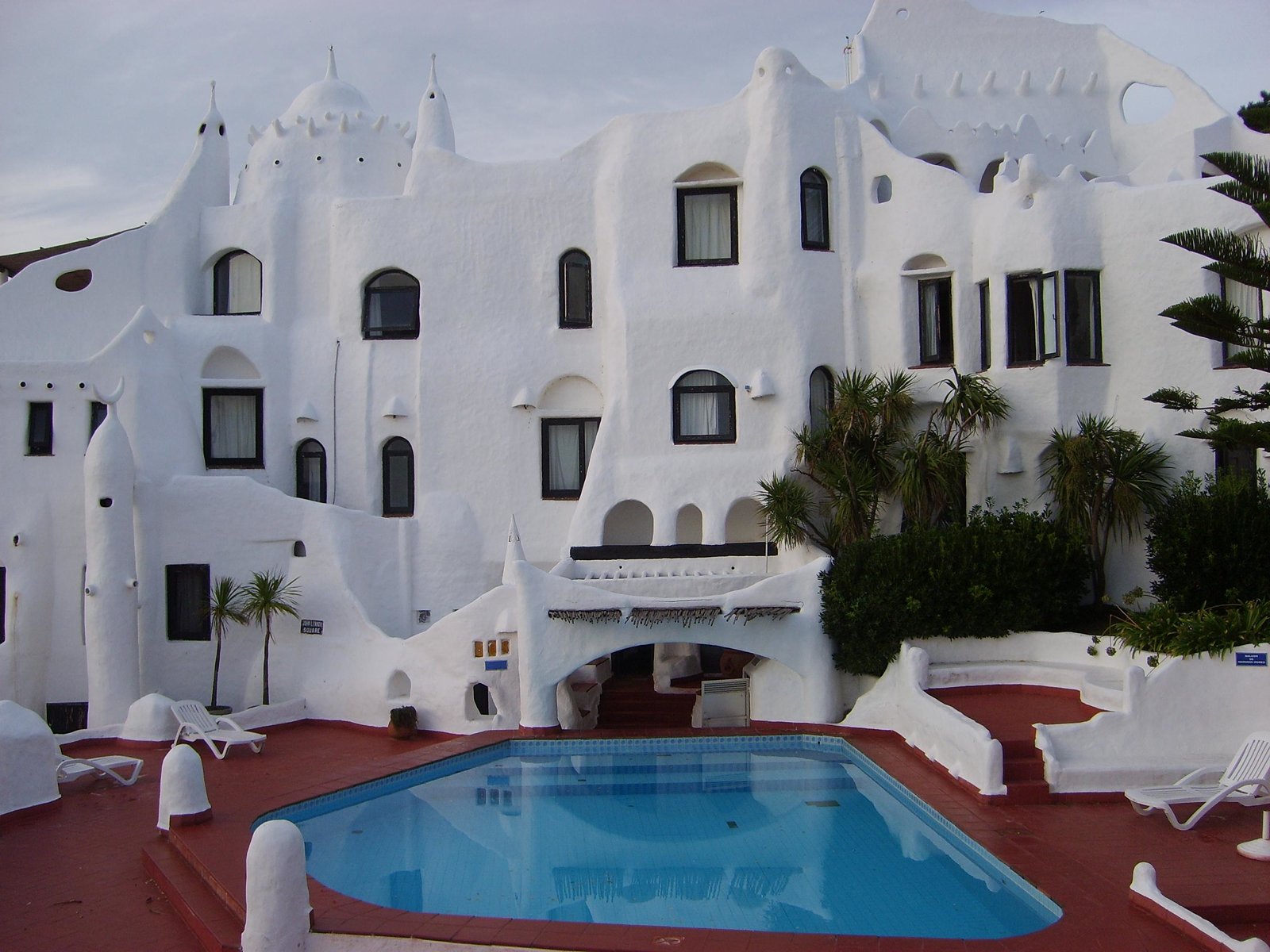 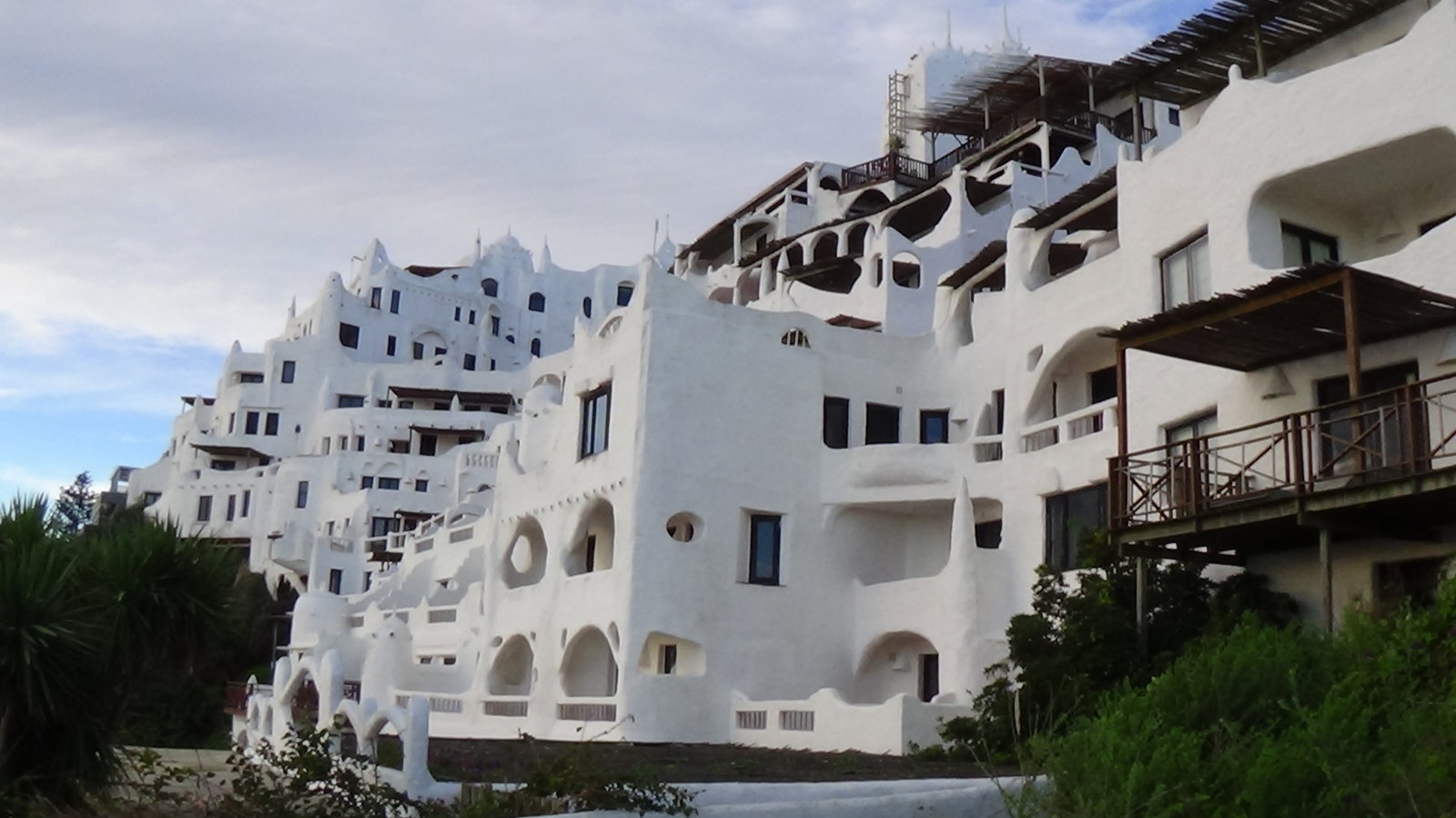 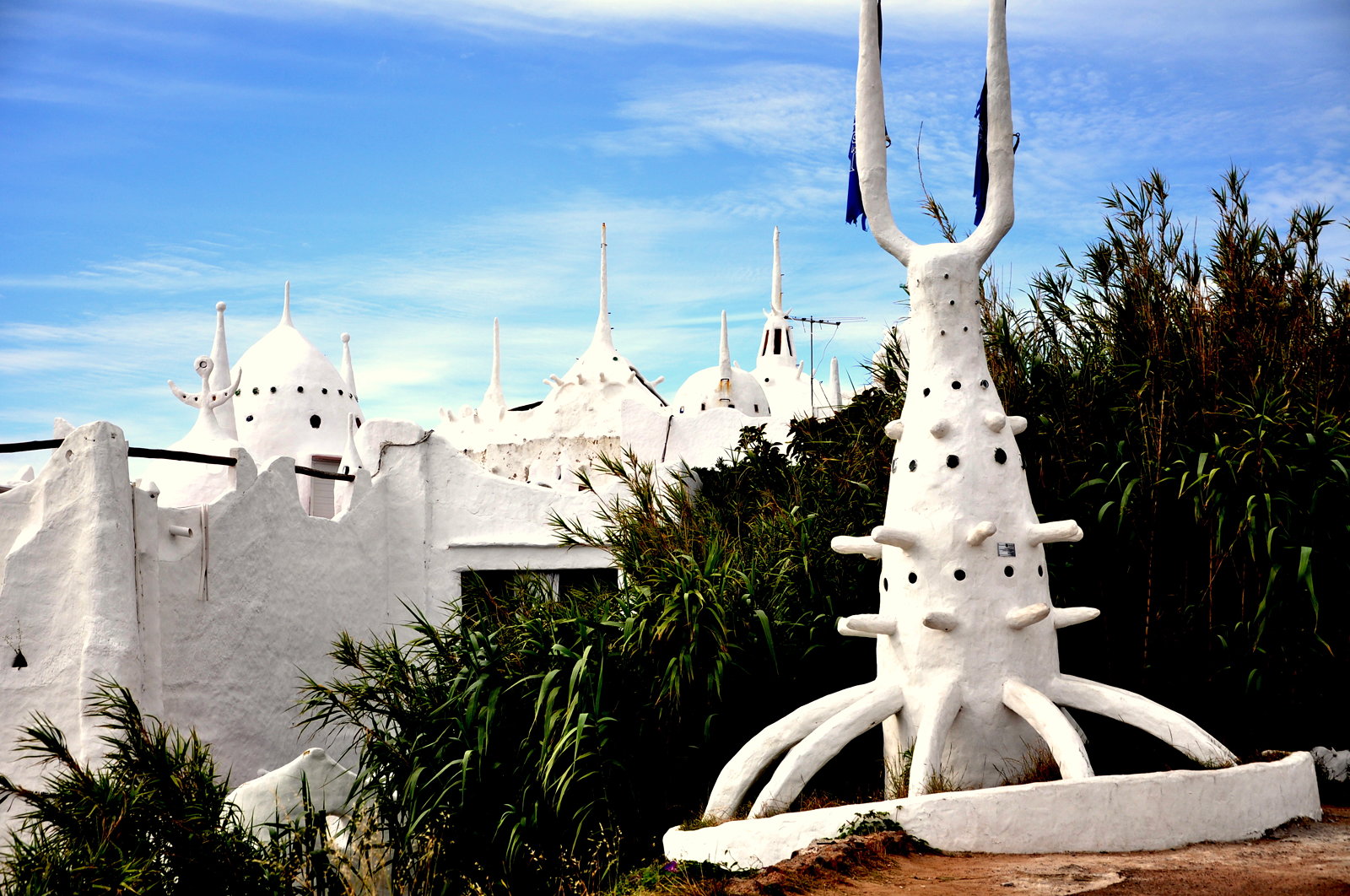 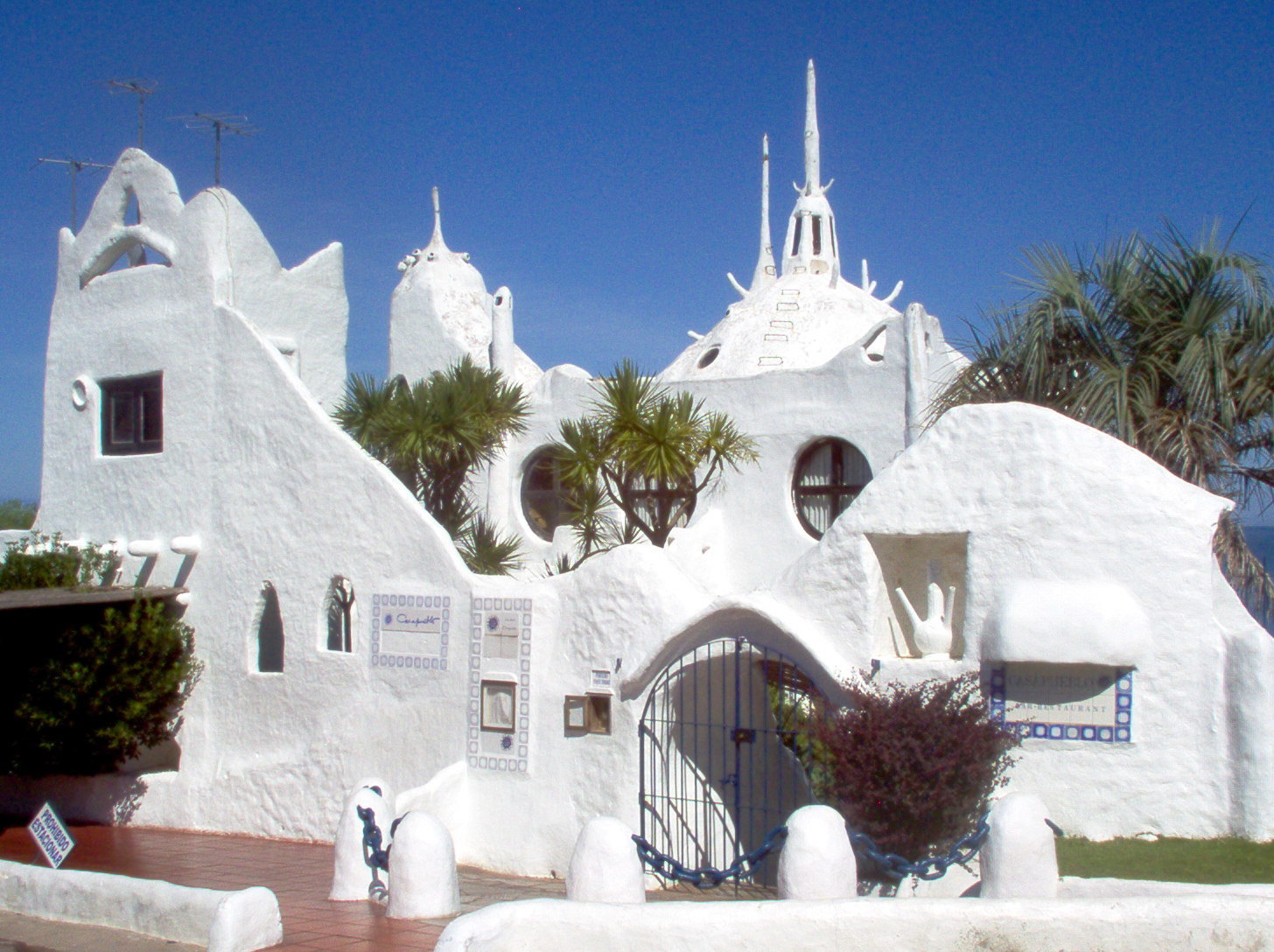 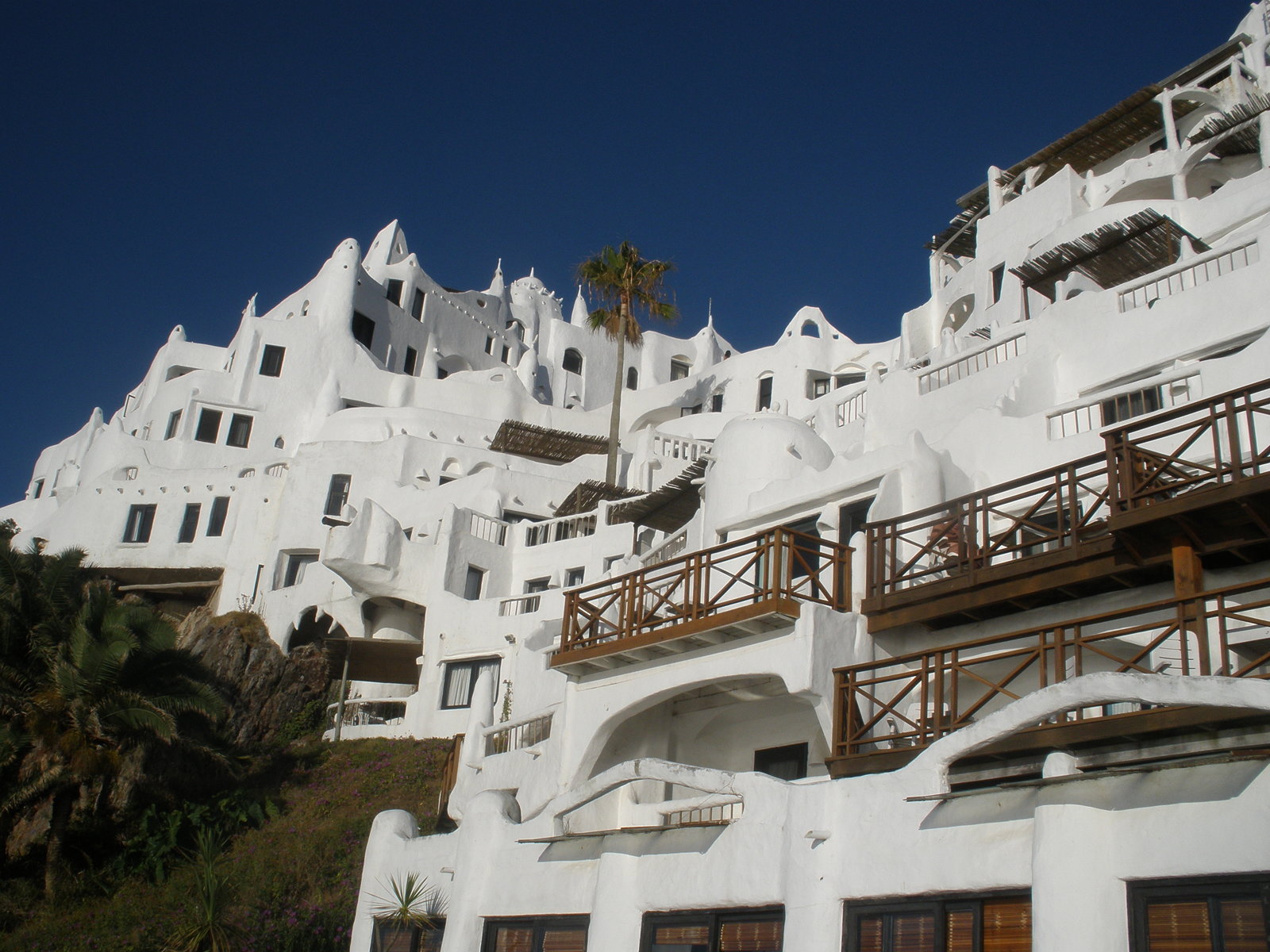