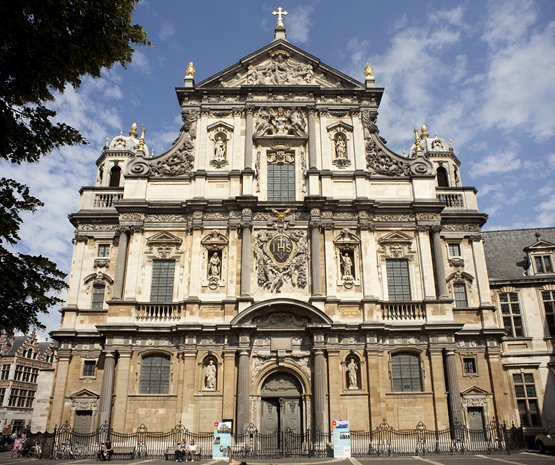 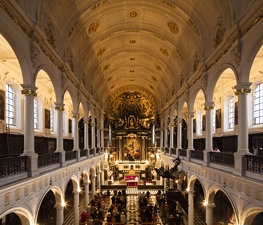 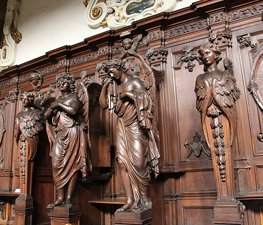 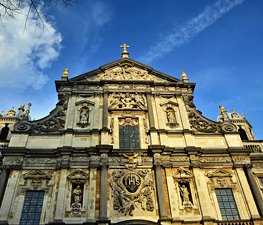 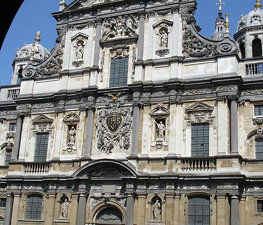 The Carolus Borromeuskerk is a church in Antwerp, located at the Hendrik Conscienceplein. The church was formerly known for 39 ceiling pieces by Rubens that were lost in a fire when it was struck by lightning on July 18, 1718.

The church was inspired by the Church of the Gesu, the mother church of the Society of Jesus, a Roman Catholic religious order also known as the Jesuits.

In 1617-1618 Rubens painted two altarpieces, and during this time he was commissioned to paint the ceiling pieces, for which he made the designs and the execution was done mostly by pupils, including Anthony van Dyck. A contract was drawn up in 1620 by Jacobus Tirinus and the paintings were delivered a year later in time for the consecration. Rubens received 7,000 guilders for his works in the church, and though the lavish decorations including sculptures and other artwork were well received, Tirinus was dismissed in 1625 for going beyond his budget.

After the fire in 1718 the church was rebuilt by Jan Pieter van Baurscheidt the Elder, in 1773 it was renamed Carolus Borromeuskerk. Since 1803 it has been in use as a parish church. Besides works by Rubens the church has paintings by Gerard Seghers, Daniel Seghers, and Cornelis Schut.

On August 30 2009 fire broke out again, but none of the important artworks were damaged.

The Cathedral of Our Lady (Dutch: Onze-Lieve-Vrouwekathedraal) is a

The City Hall (Stadhuis) of Antwerp, Belgium, stands on the western

The Plantin-Moretus Museum is a museum in Antwerp, Belgium honouring

Elgin Cathedral, dedicated to the Holy Trinity, was sometimes 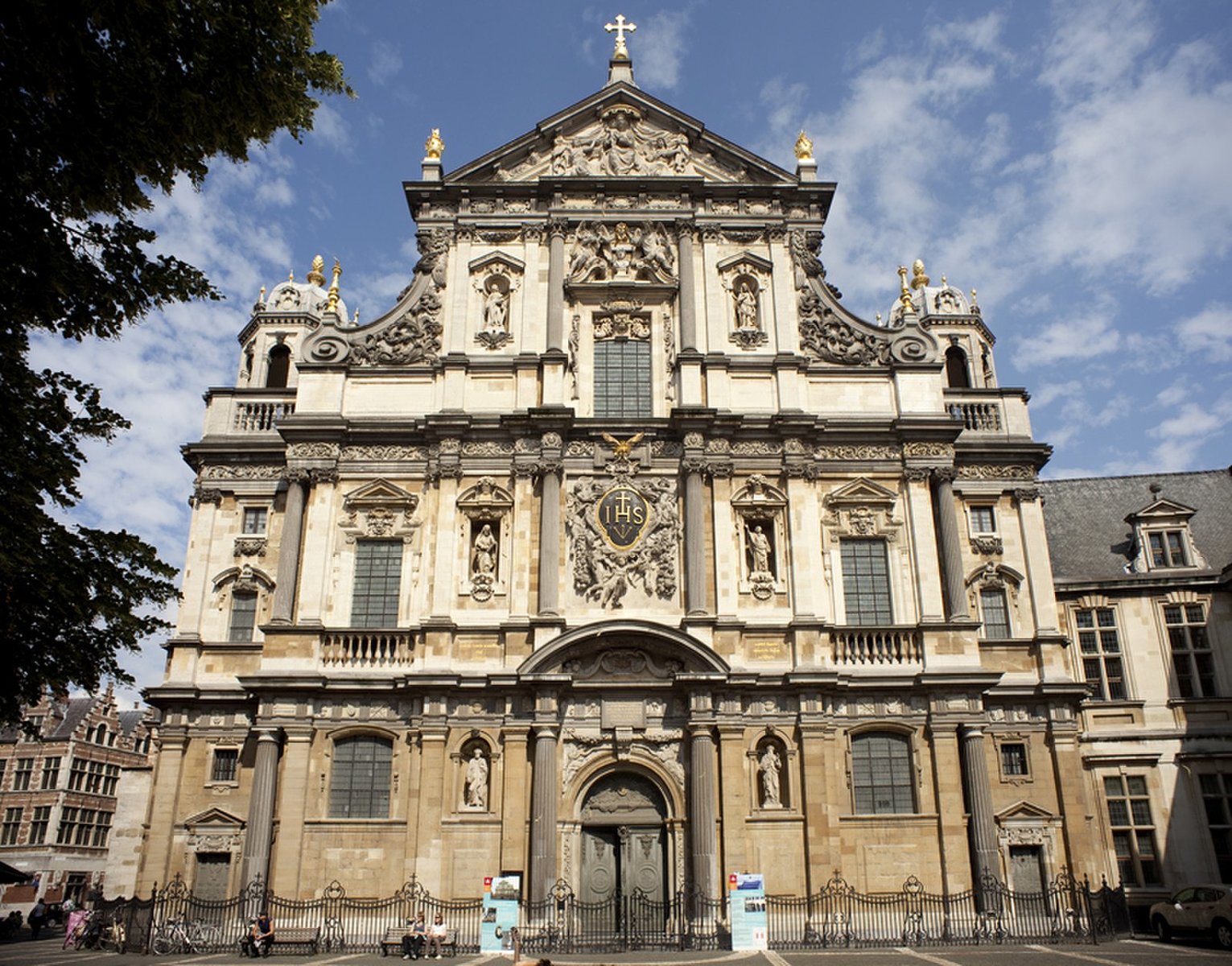 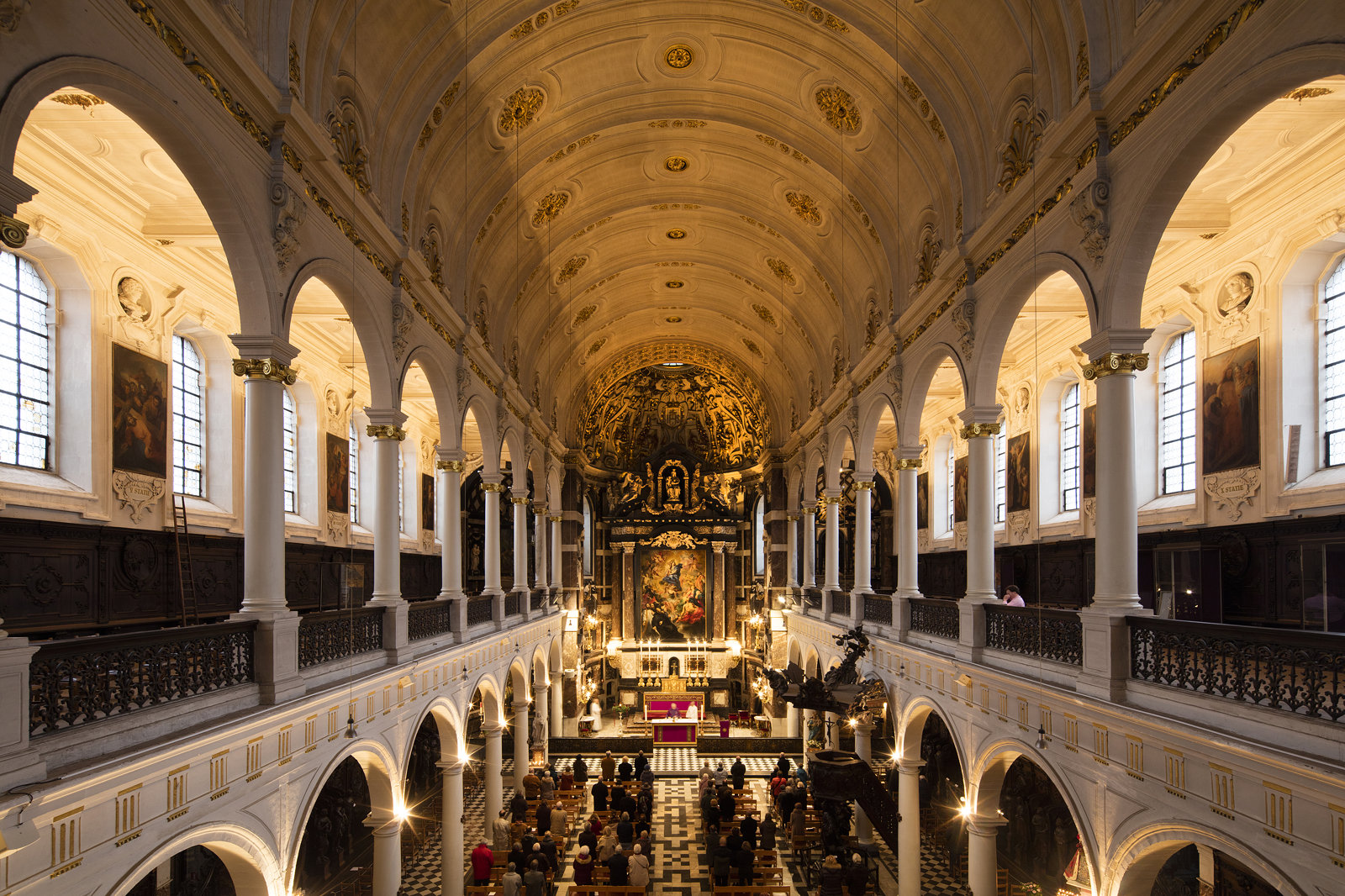 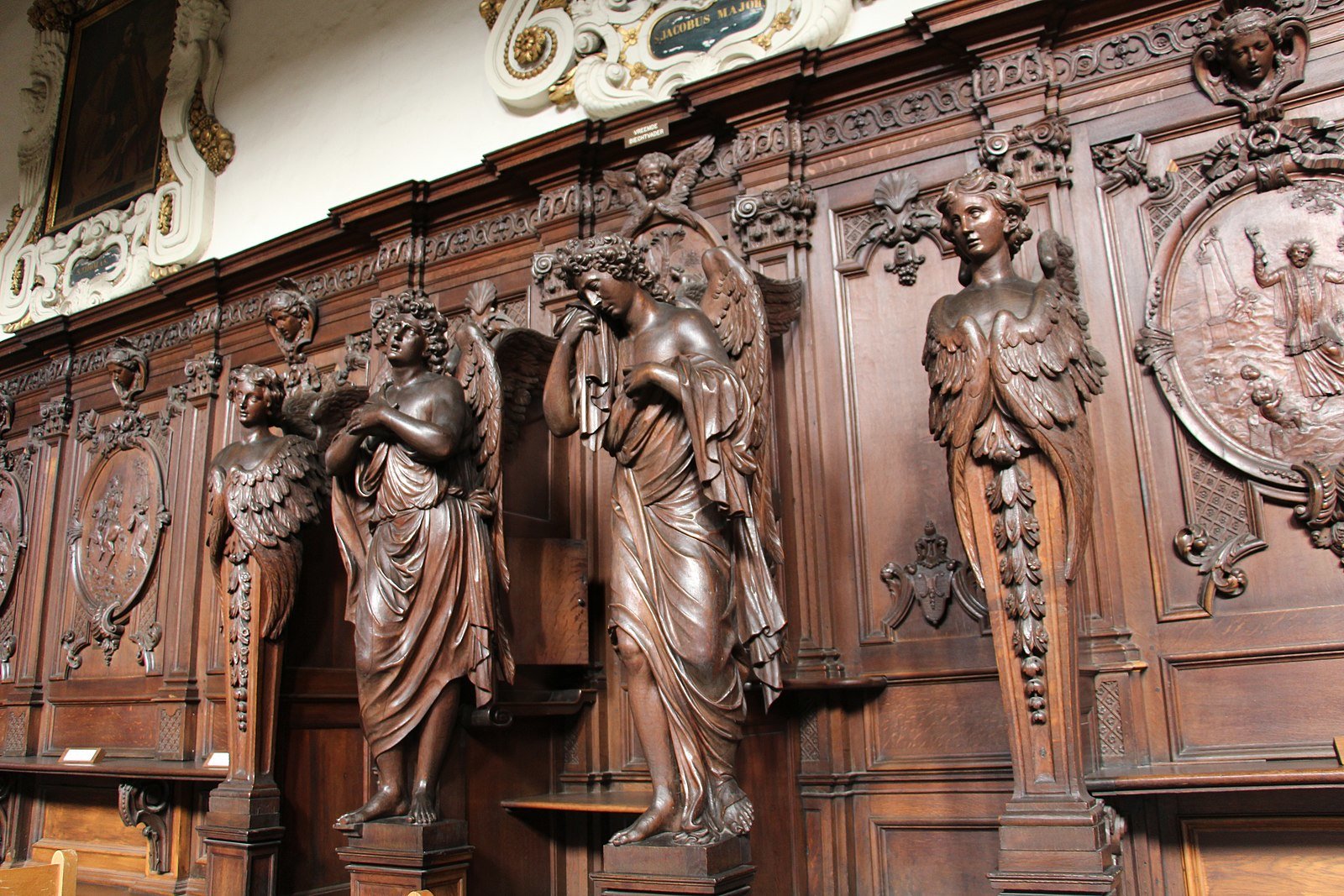 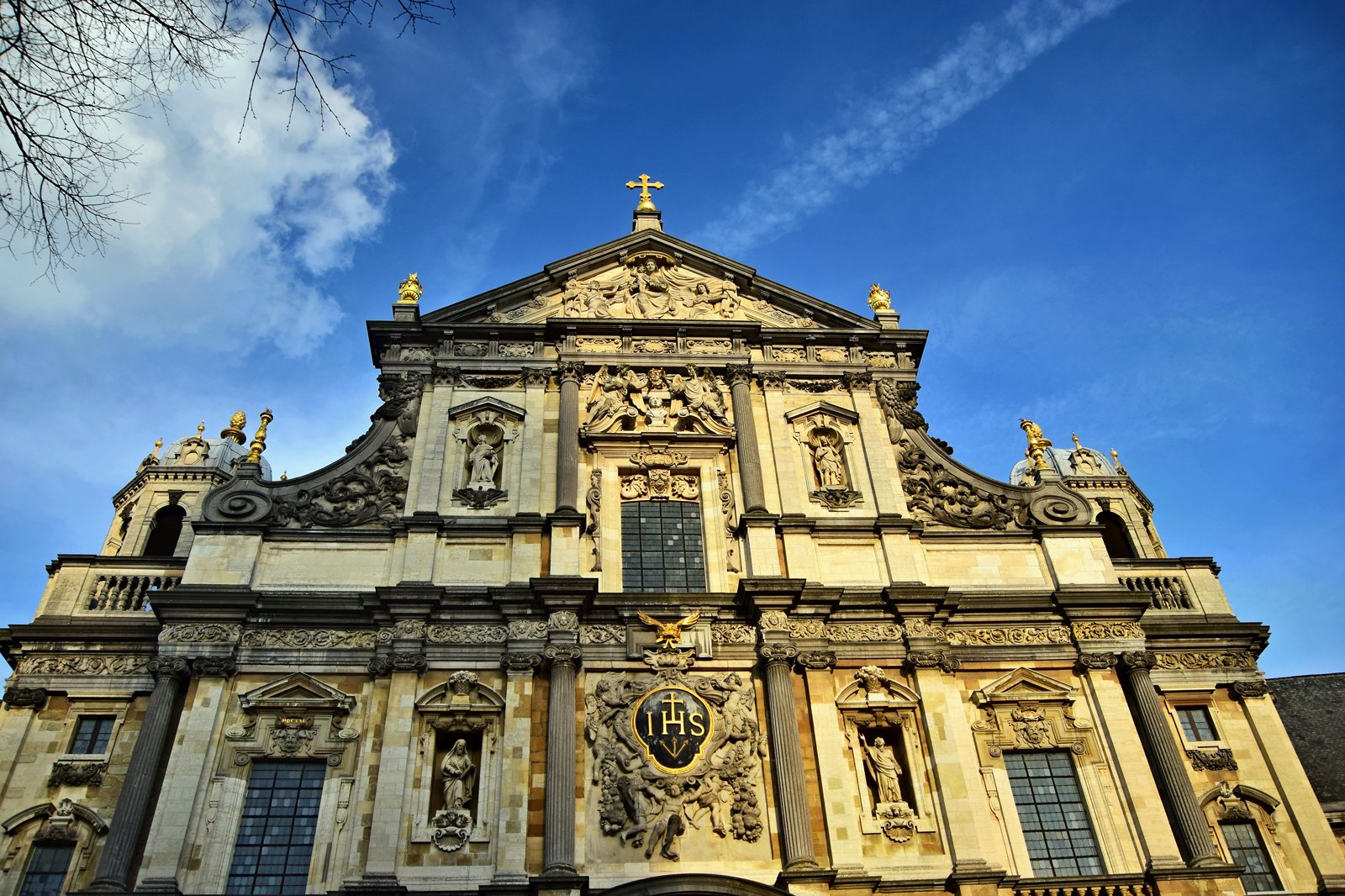 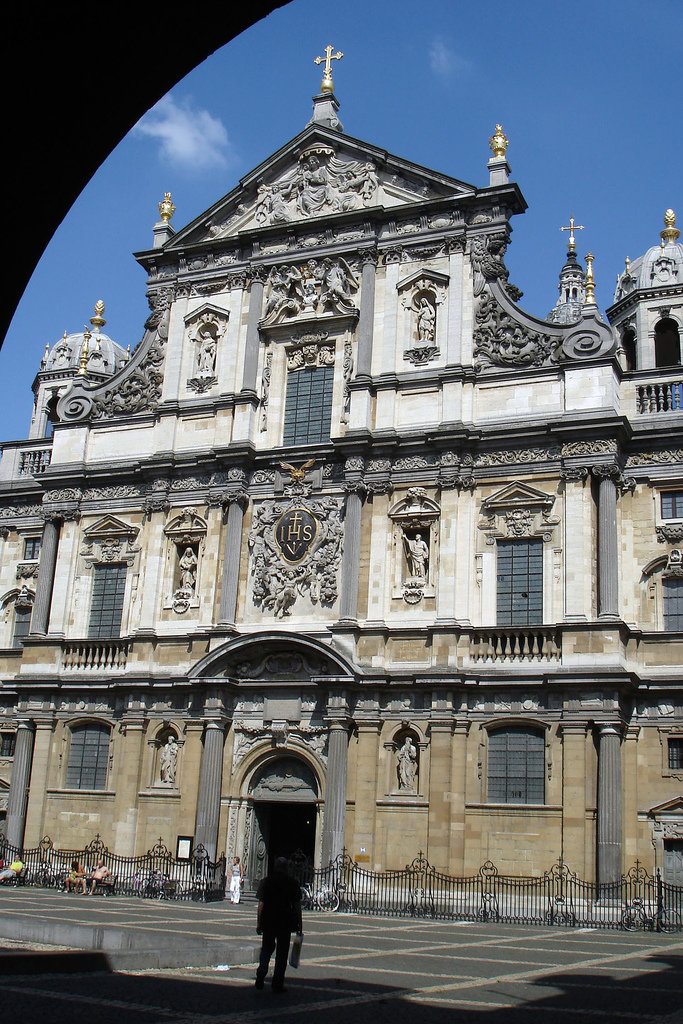 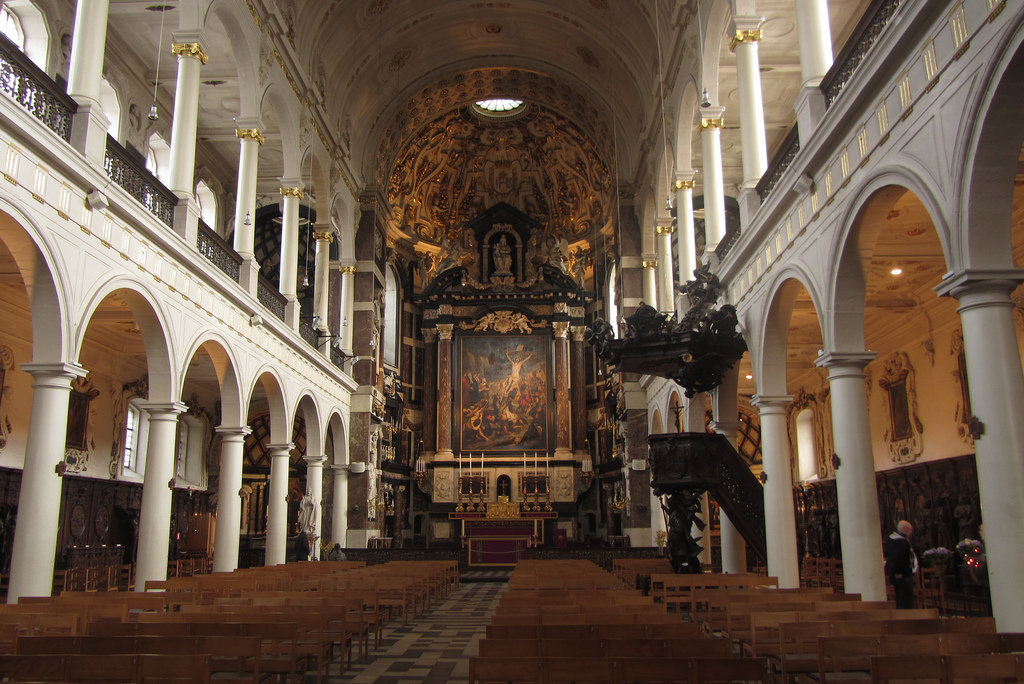 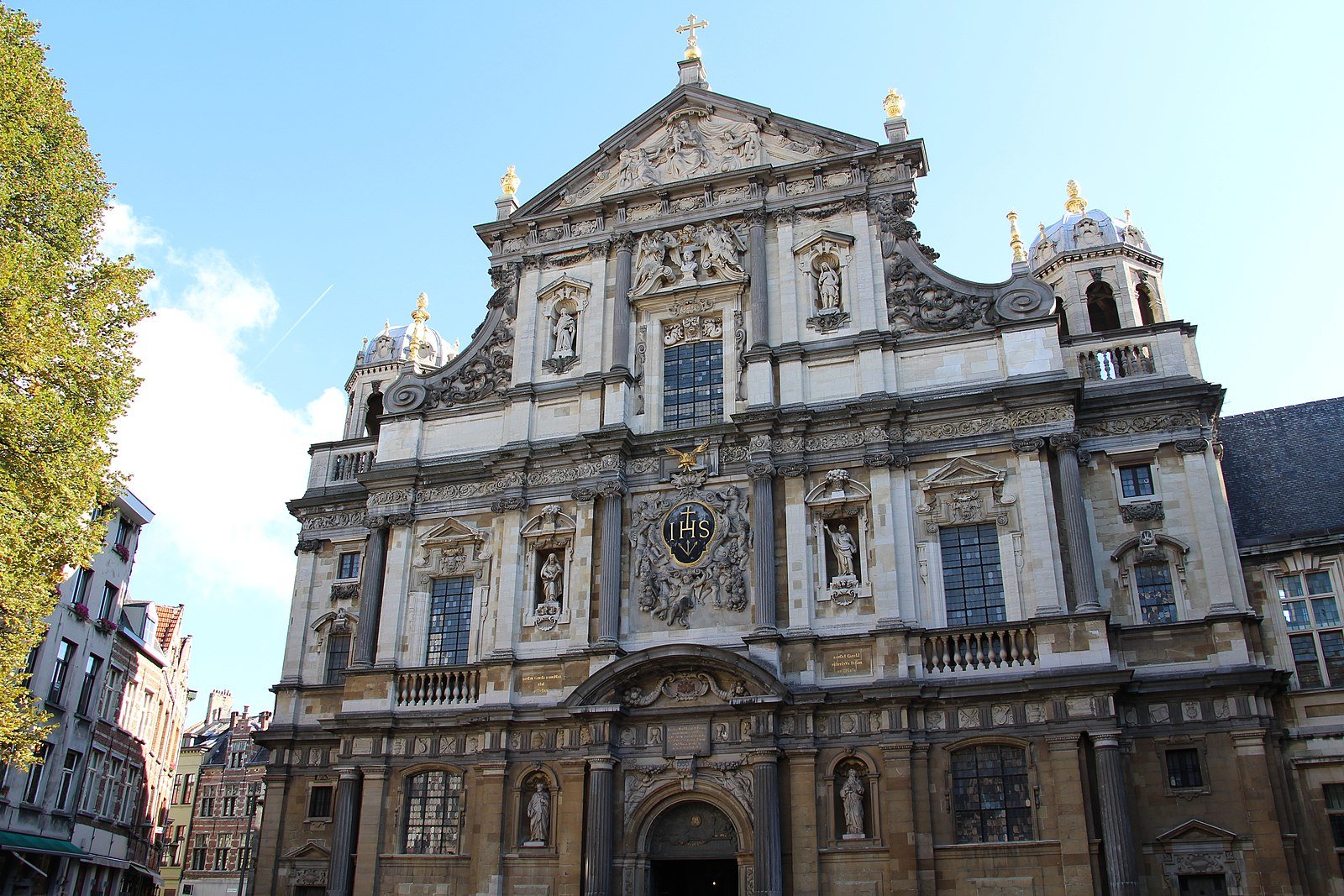 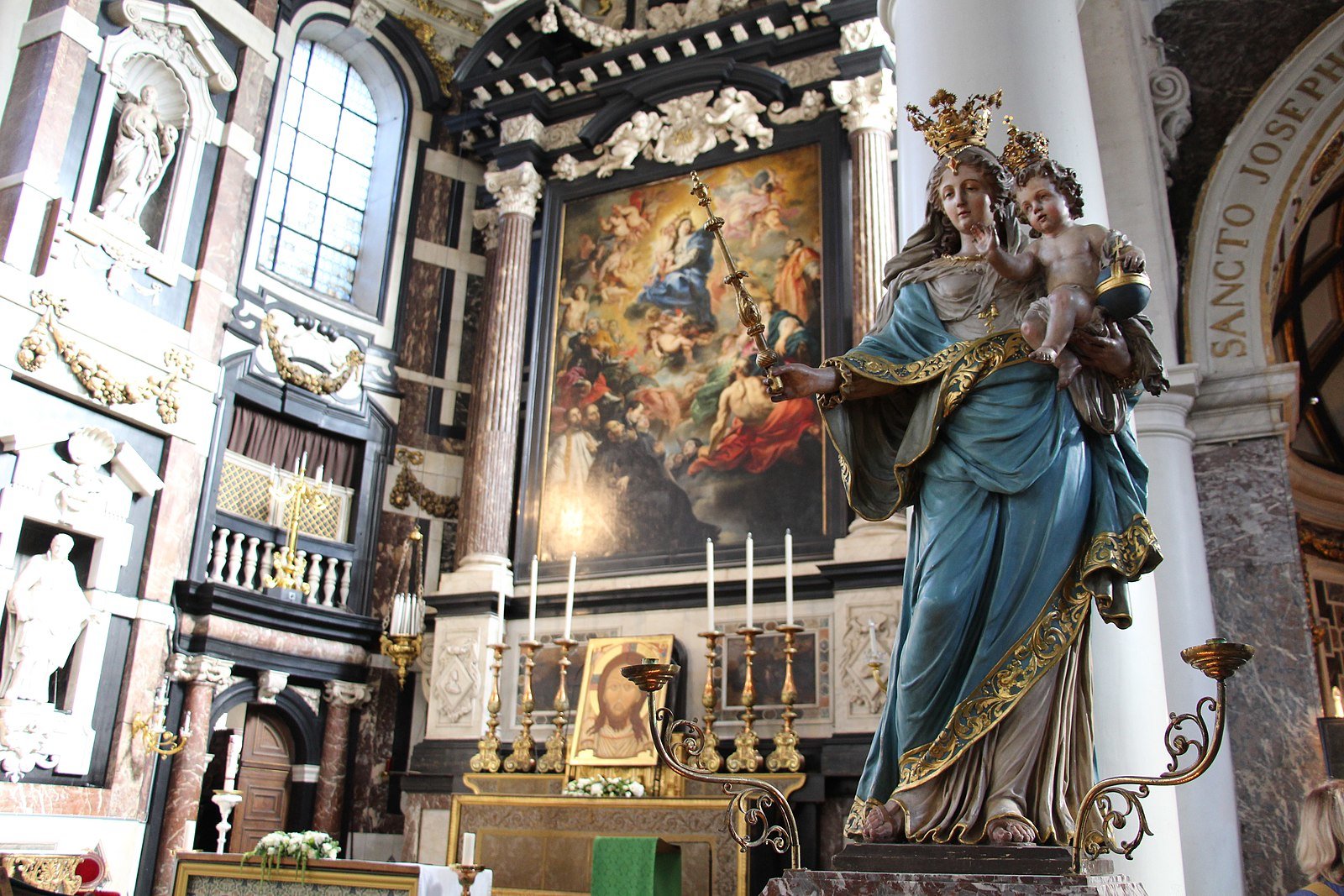 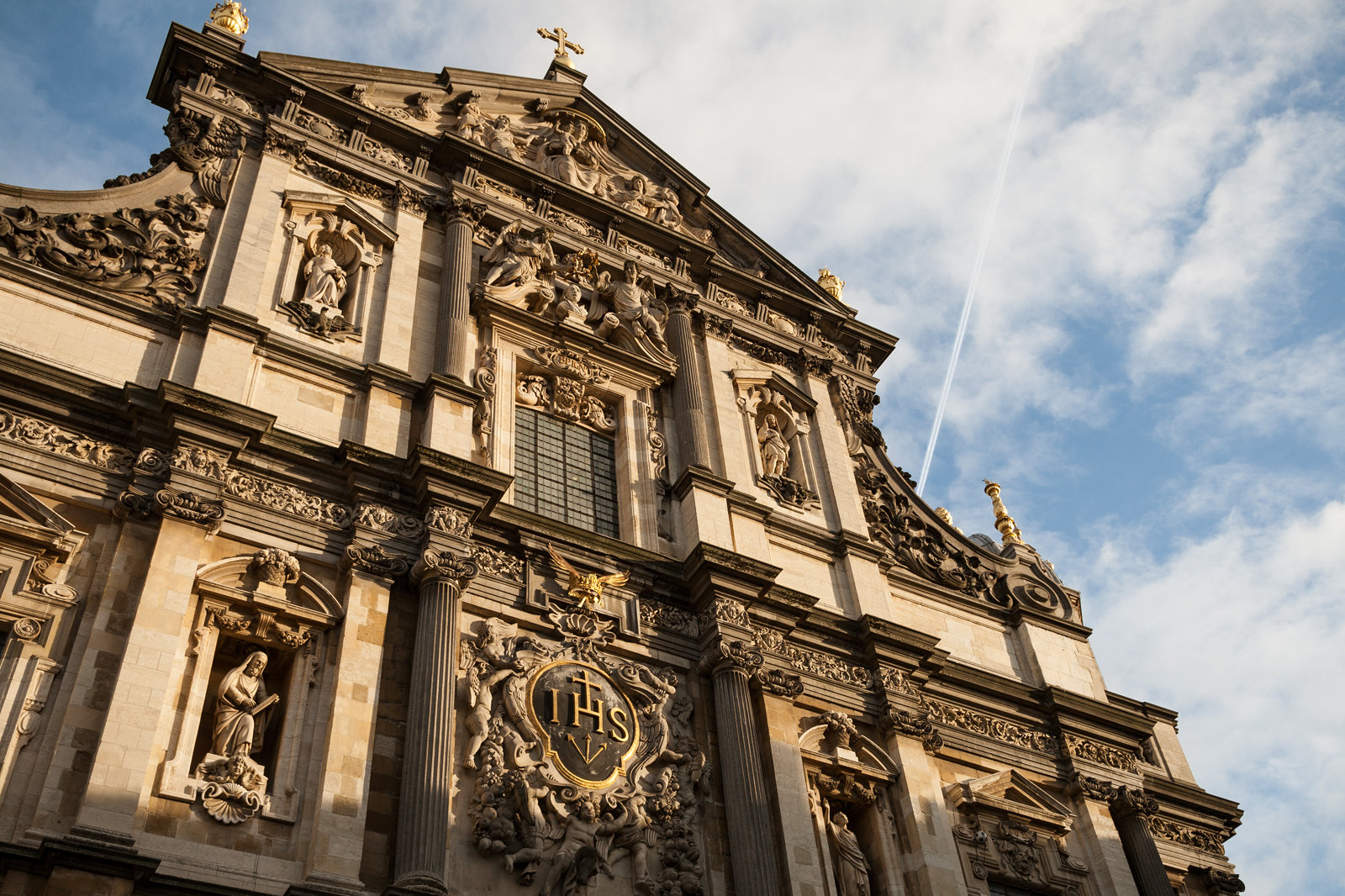 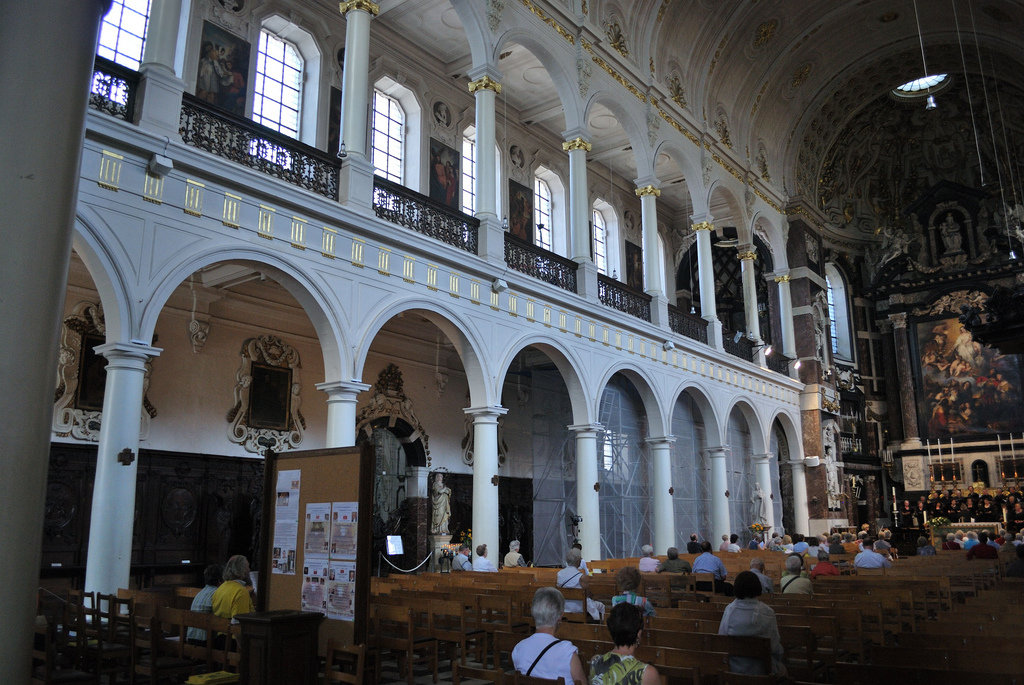 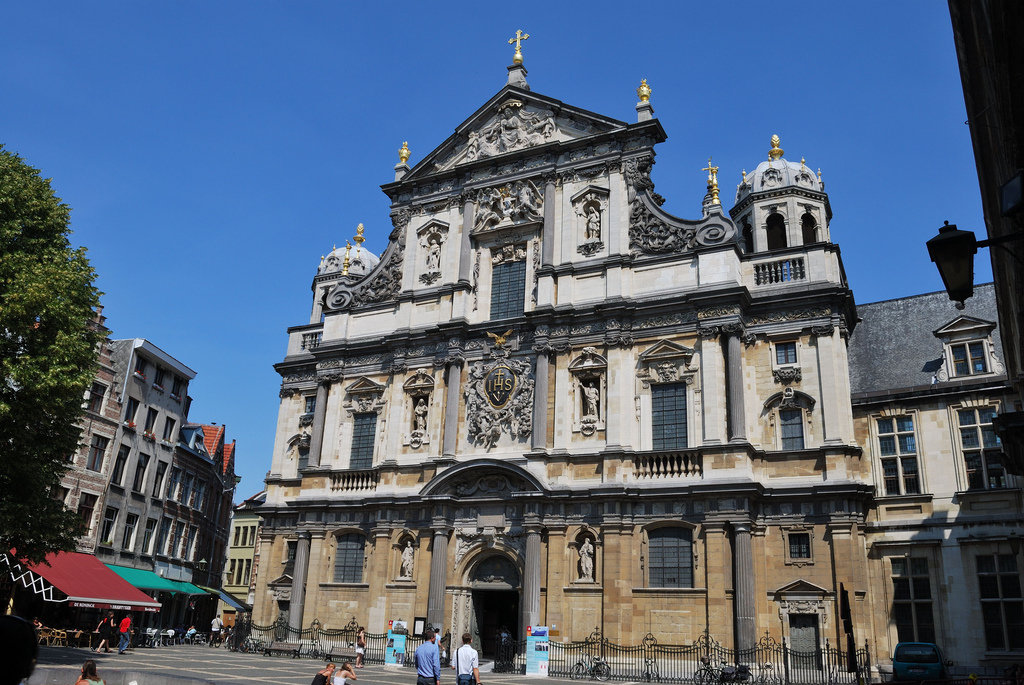 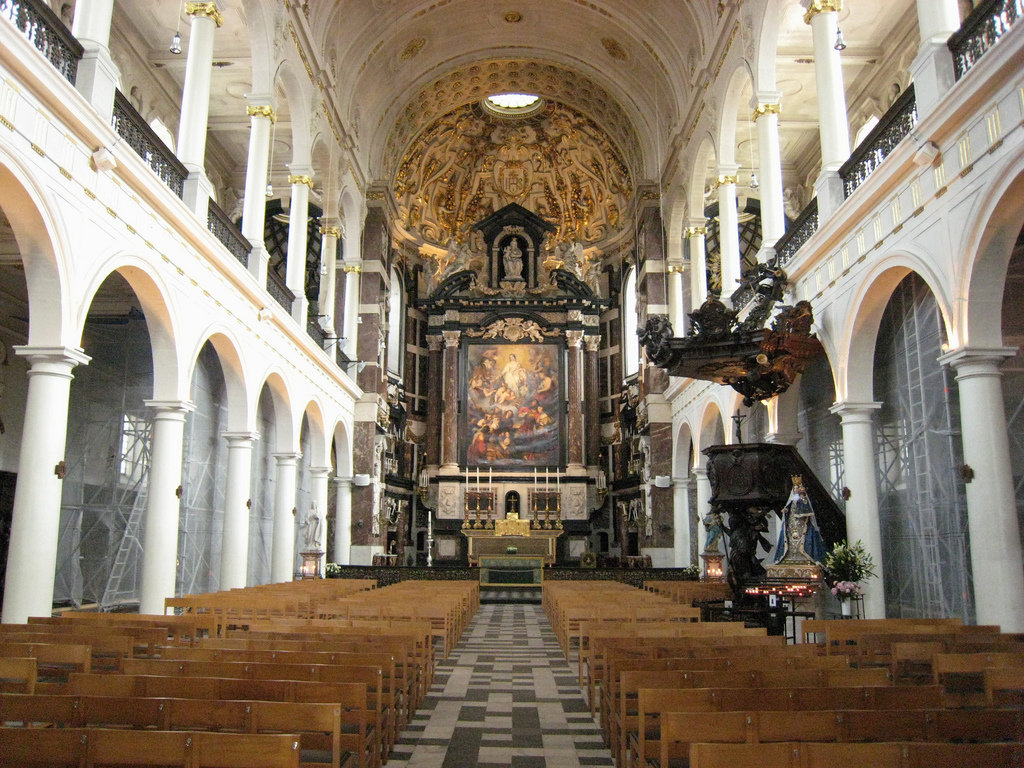 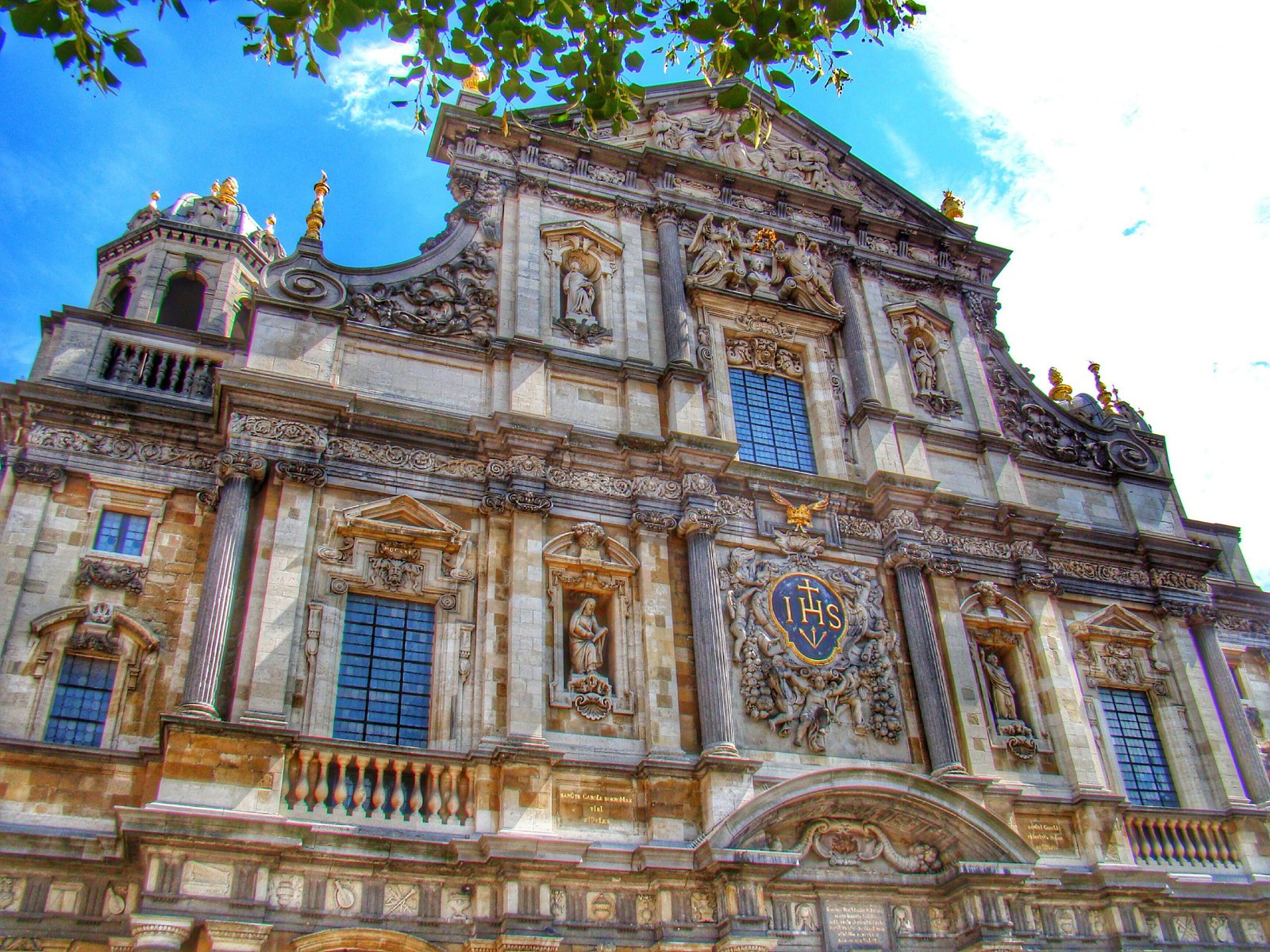 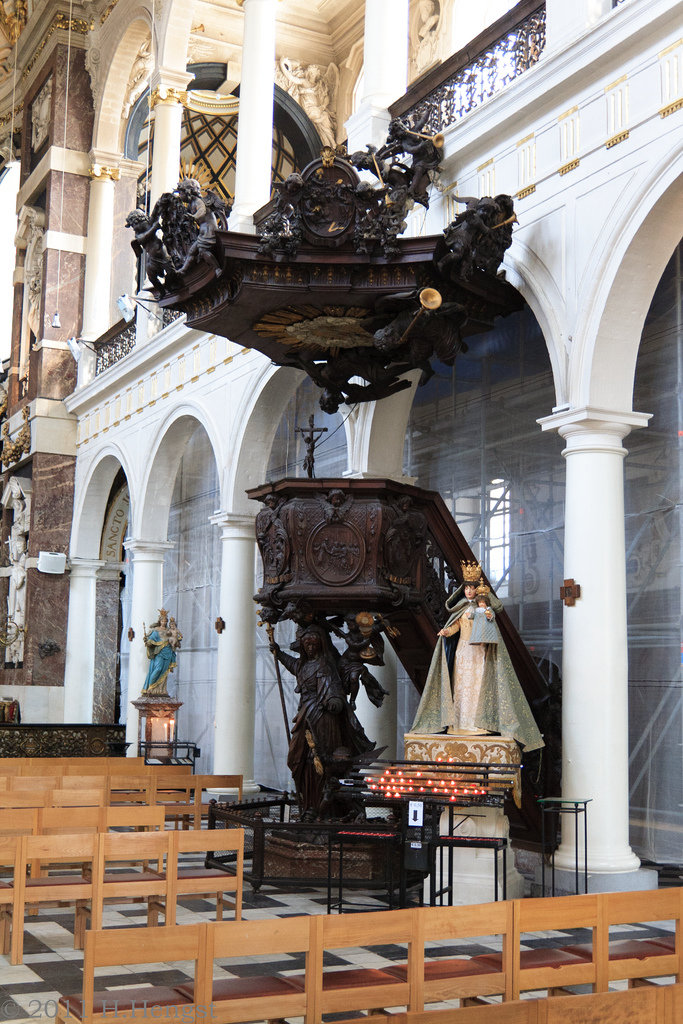 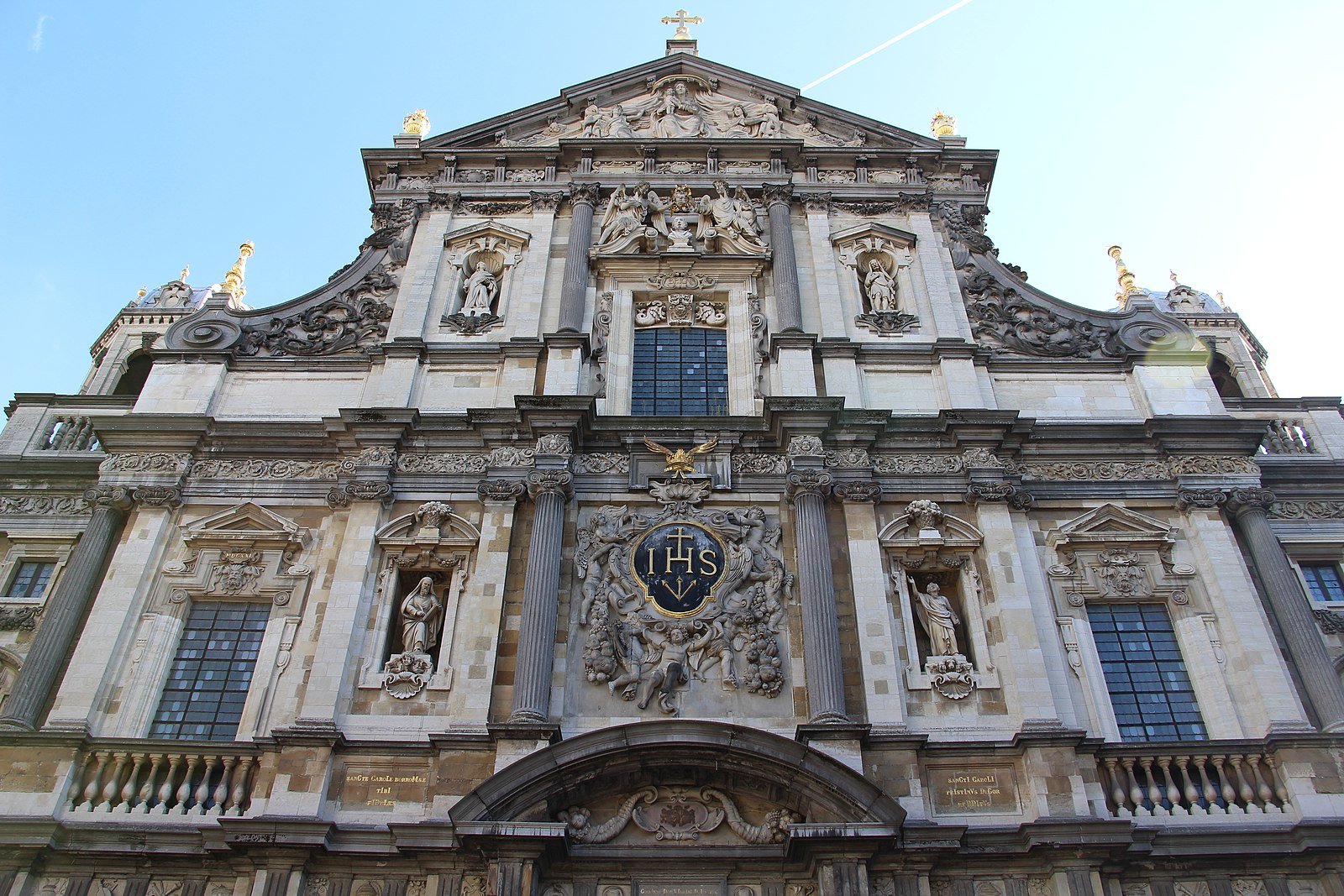 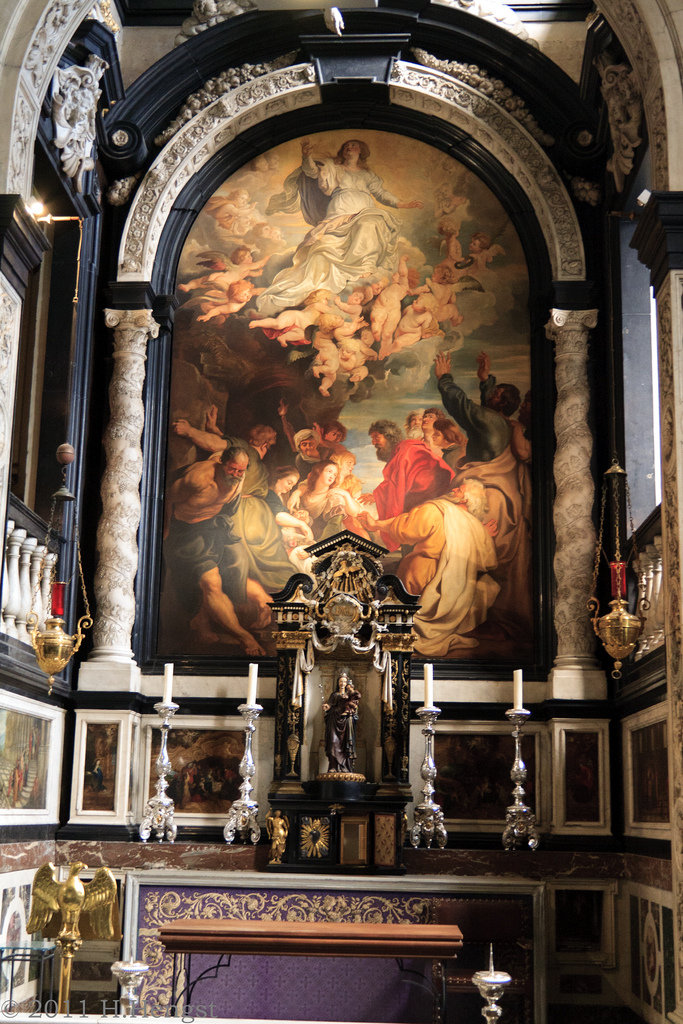 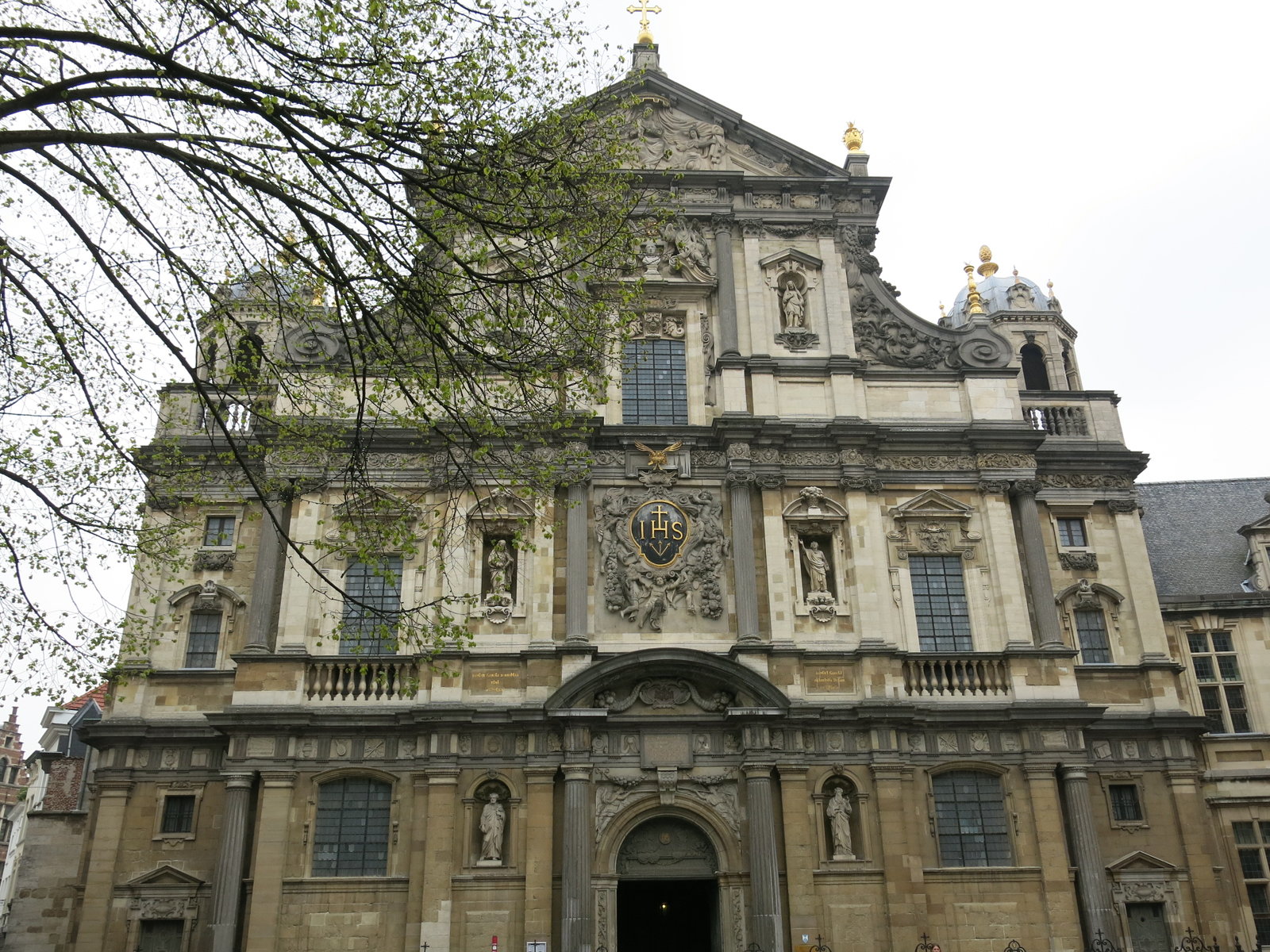 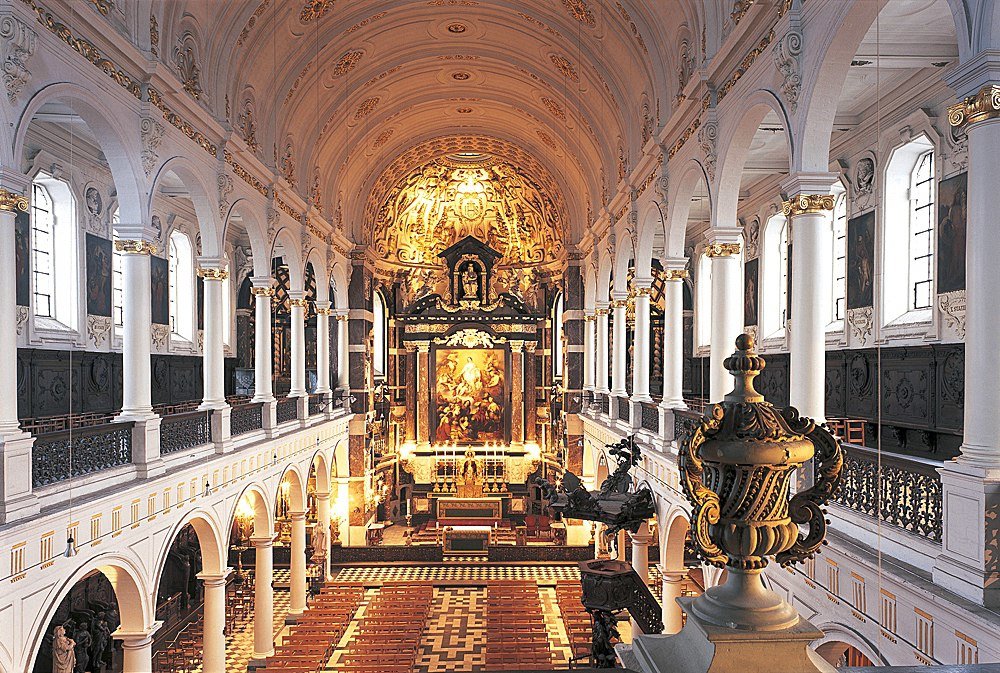 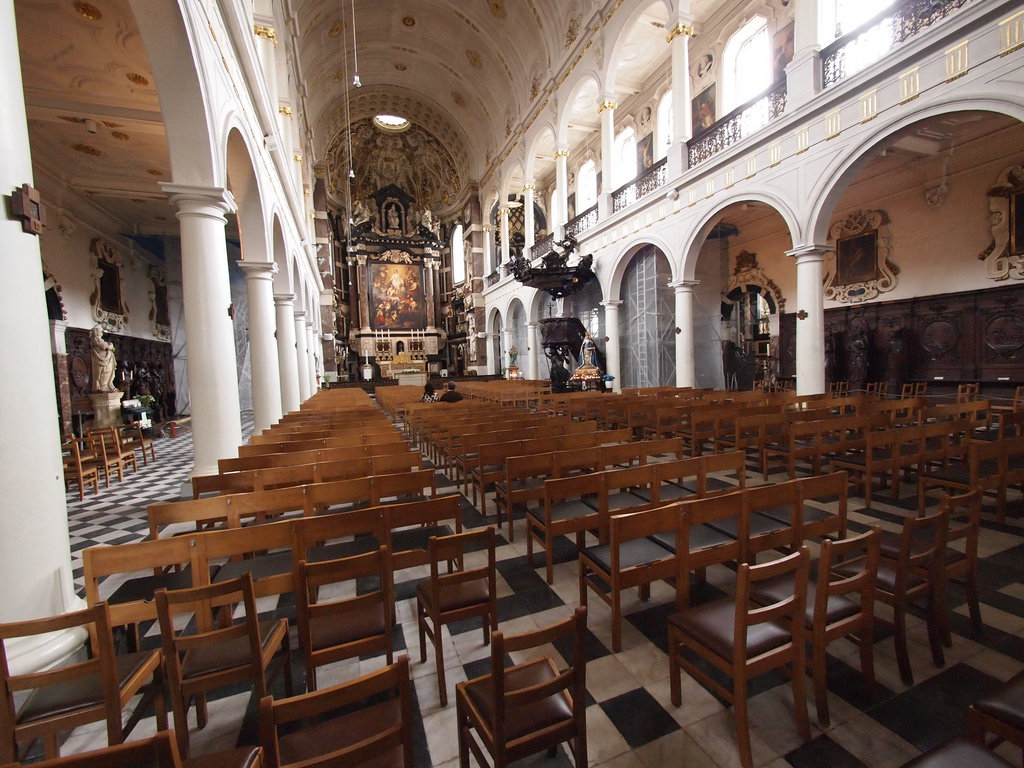 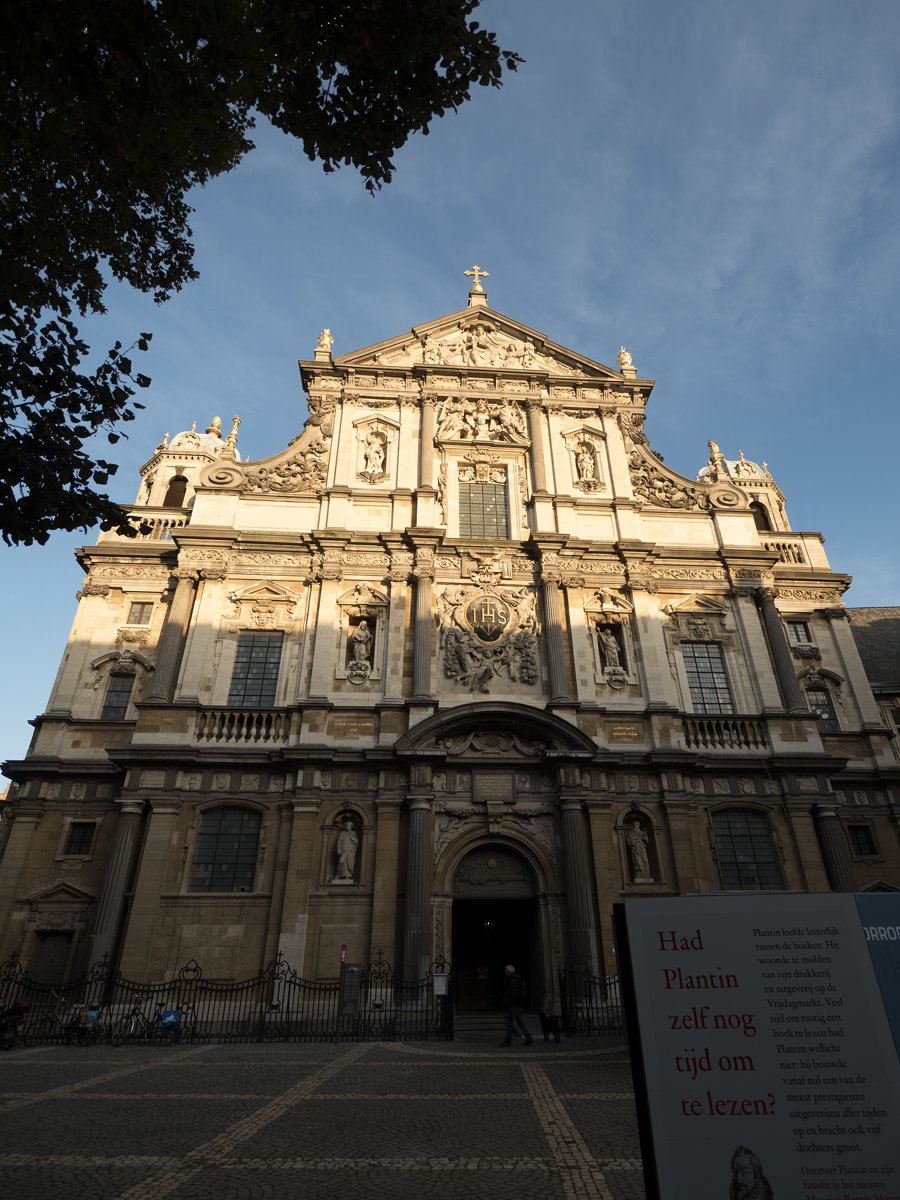 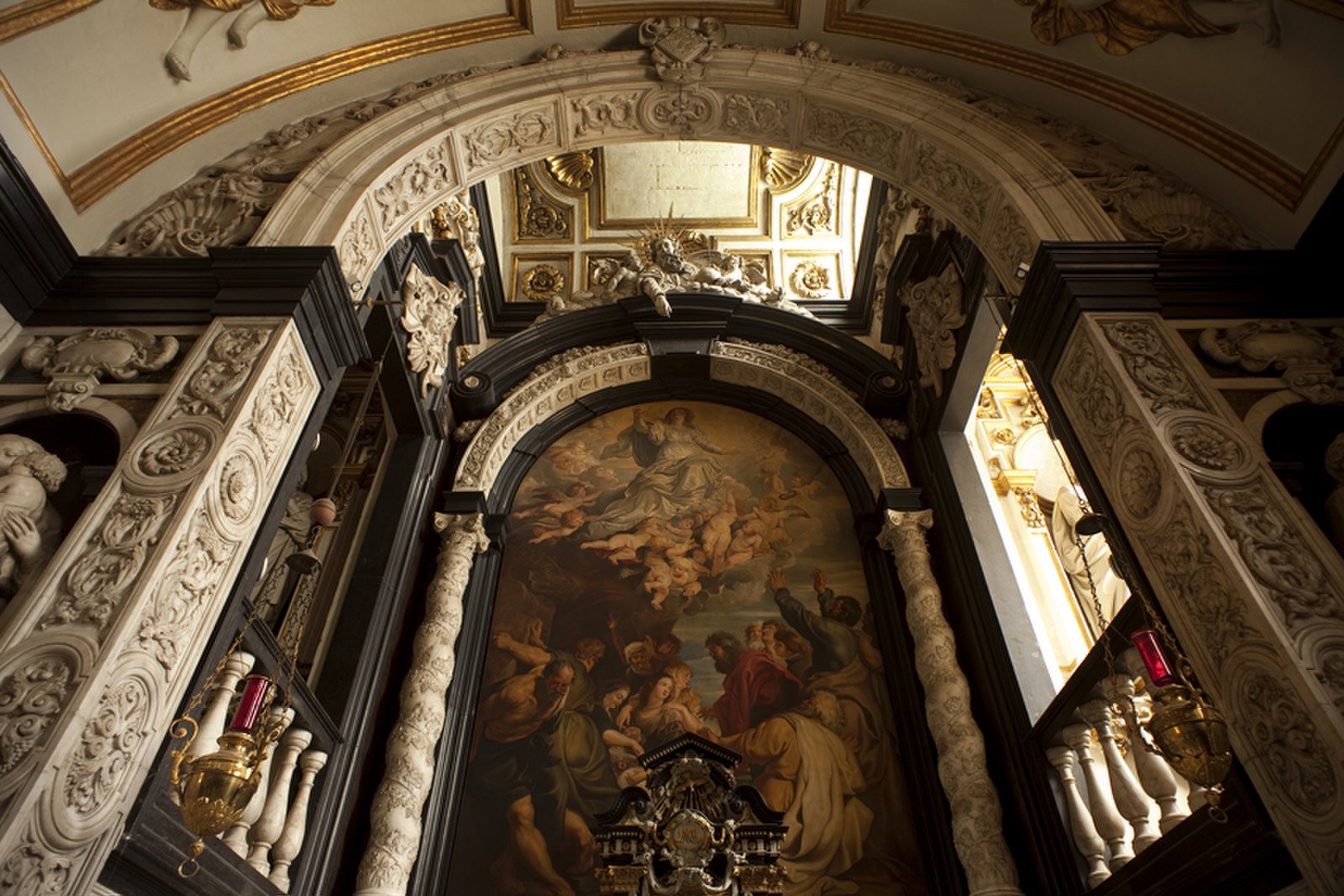