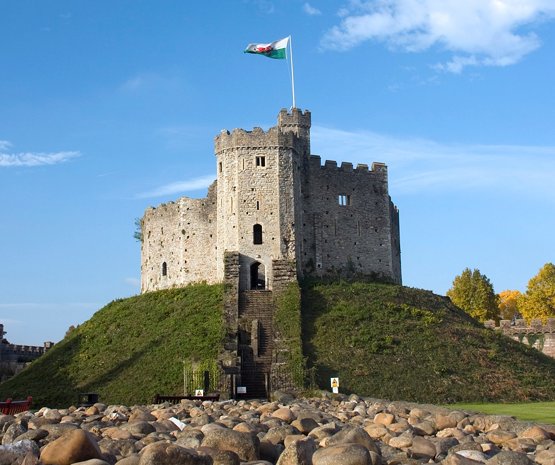 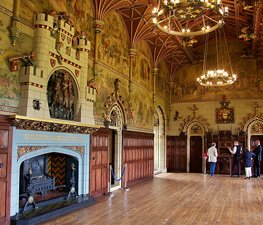 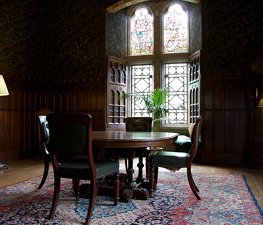 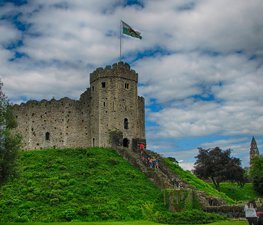 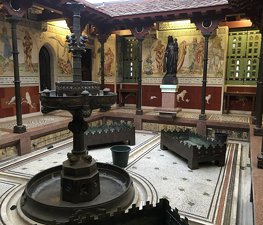 Cardiff Castle (Cymraeg. Castell Caerdydd) is a medieval castle and Victorian architecture Gothic revival mansion, transformed from a Norman keep erected over a Roman fort in Cardiff, the capital of Wales.

There may have been at least two previous Roman forts on the site. The first was probably built about AD 55 during the conquest of the Silures tribe. From the late 2nd to the mid-3rd century, civilian timber buildings associated with iron working occupied the site (Roman Fort).

The Norman keep was built on a high motte on the site of a Roman castra, first uncovered during the third Marquess of Bute's building campaign. The Norman keep, of which the shell remains, was constructed about 1091, by Robert Fitzhamon, lord of Gloucester and conqueror of Glamorgan. After the failed attempt of Robert Curthose, duke of Normandy, William the Conqueror's eldest son, to take England from Henry I, Robert of Normandy was imprisoned here until his death in 1134. The castle, rebuilt in stone, was an important stronghold of Marcher Lords, in the de Clare and le Despenser dynasties, also the Beauchamps Earls of Warwick, Richard of York through his marriage into the Neville family, and the Herbert family, Earls of Pembroke. In the eighteenth century the castle became the property of John Stuart, 3rd Earl of Bute, who became through his Herbert wife a major landowner in the area, and whose heirs developed the docks that transformed Cardiff from a fishing village to a major coal exporting port during the nineteenth century.

In the early 19th century the castle was enlarged and refashioned in an early Gothic Revival style for John Crichton-Stuart, 2nd Marquess of Bute by Henry Holland. But its transformation began in 1868 when 3rd Marquess of Bute commissioned William Burges to undertake a massive rebuilding which turned the castle into a 19th century fantasy of a medieval palace, with a series of rooms that, perhaps, constitute the highest achievement of later Victorian Gothic Revival design. The coming together of the Marquess, enormously rich, early Catholic convert and steeped in a romantic vision of the mediaeval world and Burges, pre-eminent art-architect, committed Goth and hugely-talented designer forged one of the great patron/architect relationships and led to a succession of dazzling architectural triumphs of which Cardiff Castle is the greatest of all.

Rebuilding began with the Clock Tower, planned 1866–1868 and begun in 1869. The towers continue westward, the Tank Tower, the Guest Tower, the Herbert Tower and the Beauchamp Tower, part Burges, part Holland, part 15th and 16th century, creating a skyline, best observed from Bute Park, that echoes Burges' unbuilt design for the Law Courts and presents a visually-stunning image of a mediaeval city.

Within the Castle, the succession of sumptuous apartments; the Winter and Summer Smoking Rooms, the Chaucer Room, the Arab Room, Lord Bute's Bedroom, the Roof Garden, repeatedly illustrates Burges' supreme skill as an art-architect. Taking complete control of the designing, the building, the decoration and the furnishing of the apartments, and using his favoured team of Nicholls, Crace, Lonsdale, Burges created a suite of rooms in a unique Gothic Revival style that is unrivalled.

The castle was later sold to the city of Cardiff by the Bute family in 1947 for £1. It is now a popular tourist attraction, and houses a regimental museum in addition to the ruins of the old castle and the Victorian reconstruction. It sits in the expansive grounds of Bute Park.

The castle has hosted a number of rock concerts and performances and has the capacity to accommodate over 10,000 people. Notable concerts include the Stereophonics Live at Cardiff Castle in June 1998 and Green Day in 2002. In 1948 a crowd of 16,000, a record for British Baseball game, watched Wales defeat England in Cardiff Castle grounds. Cardiff Castle plays host to Cardiff University's Summer Ball each year. It is also the site of Wales' largest Mardi Gras held every August.

Also, Tom Jones performed before a large crowd in 2001. It is on DVD, Tom Jones: Live at Cardiff Castle.

Architectural historian Dan Cruickshank selected the Castle as one of his eight choices for the 2002 BBC book The Story of Britain's Best Buildings.

Ihsan Putra
You are provided with radio to guide u about history aspects of the Castle places. Steep stairs in the small castle. Really spacious green area and great for those that like historic place.

Serkan Ankaoglu
Lovely place and very relaxing. If you live in Cardiff, you can get a Castle Key for 3 years unlimited entrance. Relaxing on the castle grounds is perfect.

John 忠威 suɐɥ Dyke????
Castle Key/Allweddol y Castell is now £5 for 5 years for residents & people who work in Cardiff. Renew/buy early in month to get nearly a month free (ie up to end of month + 5 yrs).

Matthew Riley MacPherson
£12.50 to get in, but gorgeous vires, amazing Castle apartments, and hours of walking about. Go on a sunny day and be amazed!

Maryam Alsayegh
There is two rooms,first which have a 4 season draws on the wall and ceiling with Astronomy (Horoscope) , the second room was drawn a stories of beauty and beast,peter pan, ali baba etc....

Alexander A
This is not a real castle, but rather a pseudo-medieval 200 year-old novelty, built on top of an ancient site. It is, however, a good place to learn a bit about the history of Cardiff.
Load more comments
foursquare.com
8.8/10
Konstantin Raspopov, Vadikus and 307,534 more people have been here
I've been here
Add to wishlist

Oxwich Castle occupies a position on a wooded headland overlooking 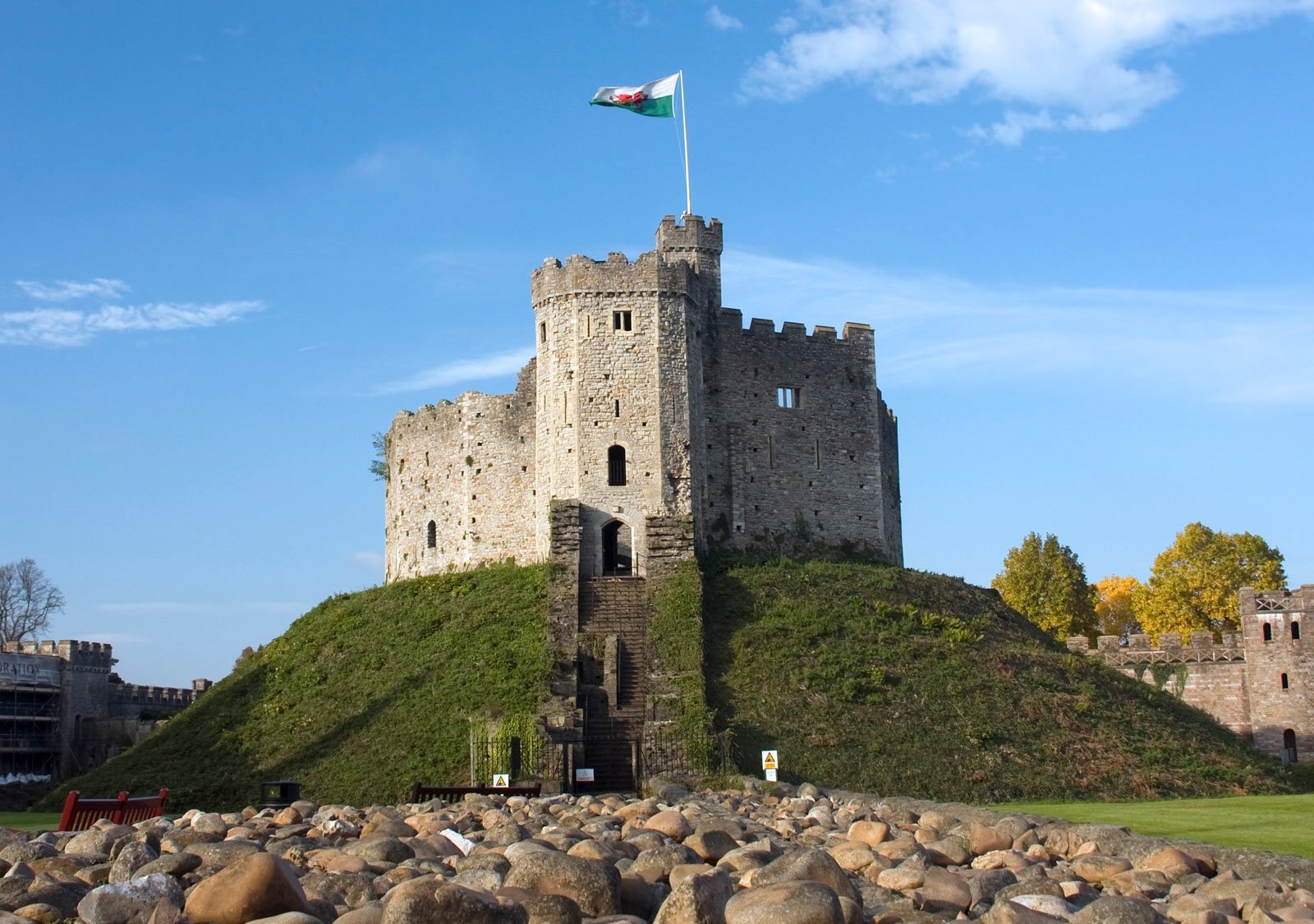 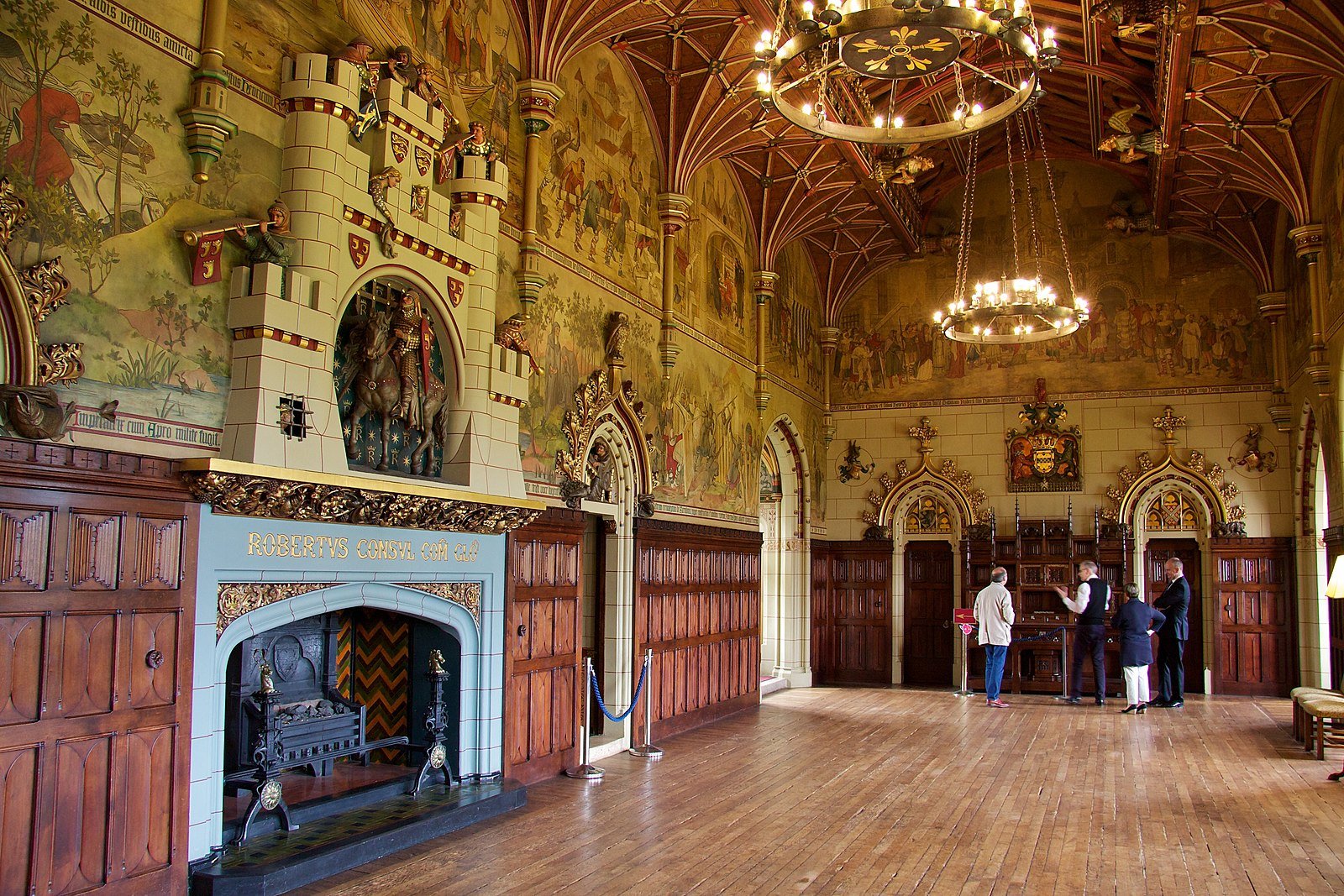 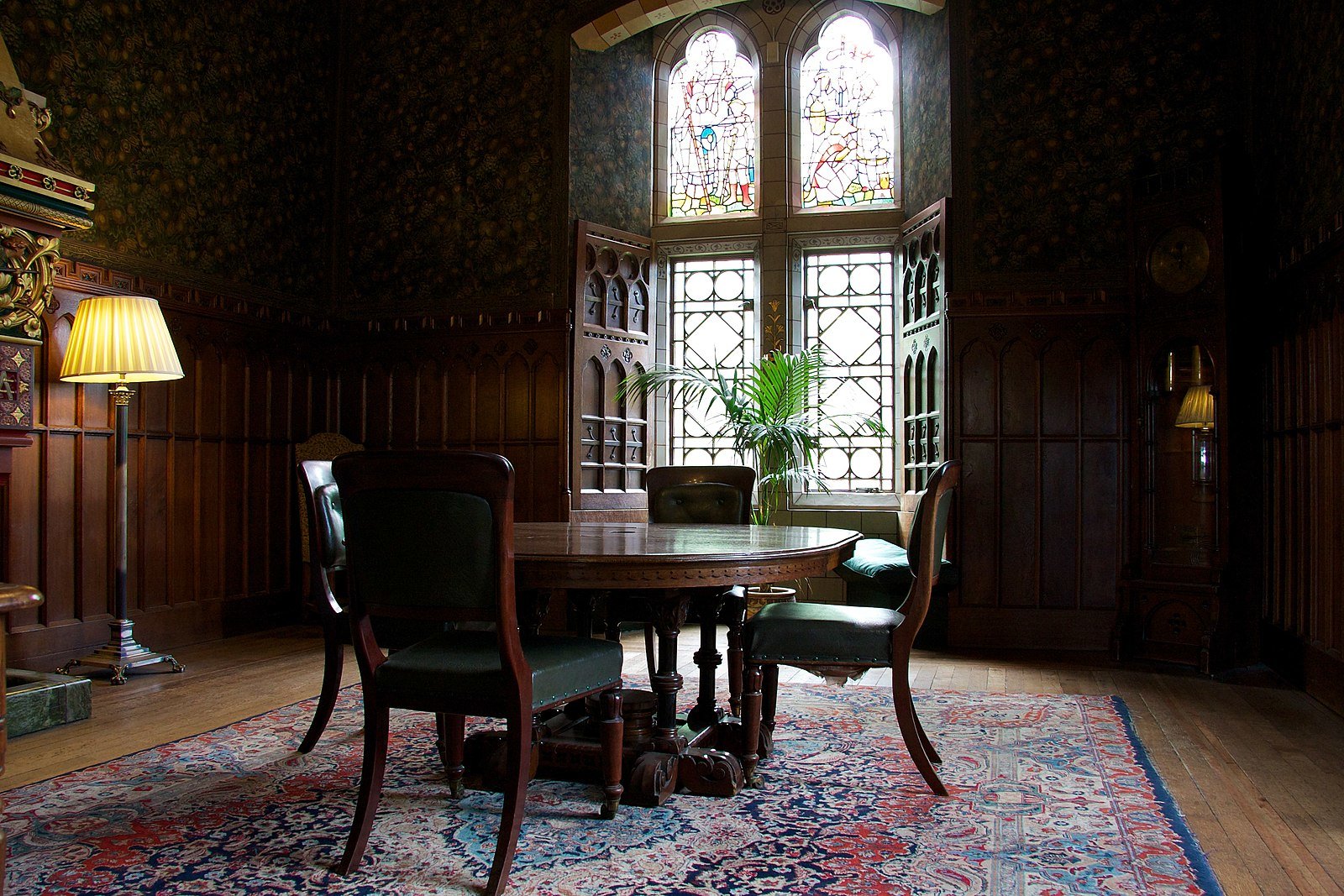 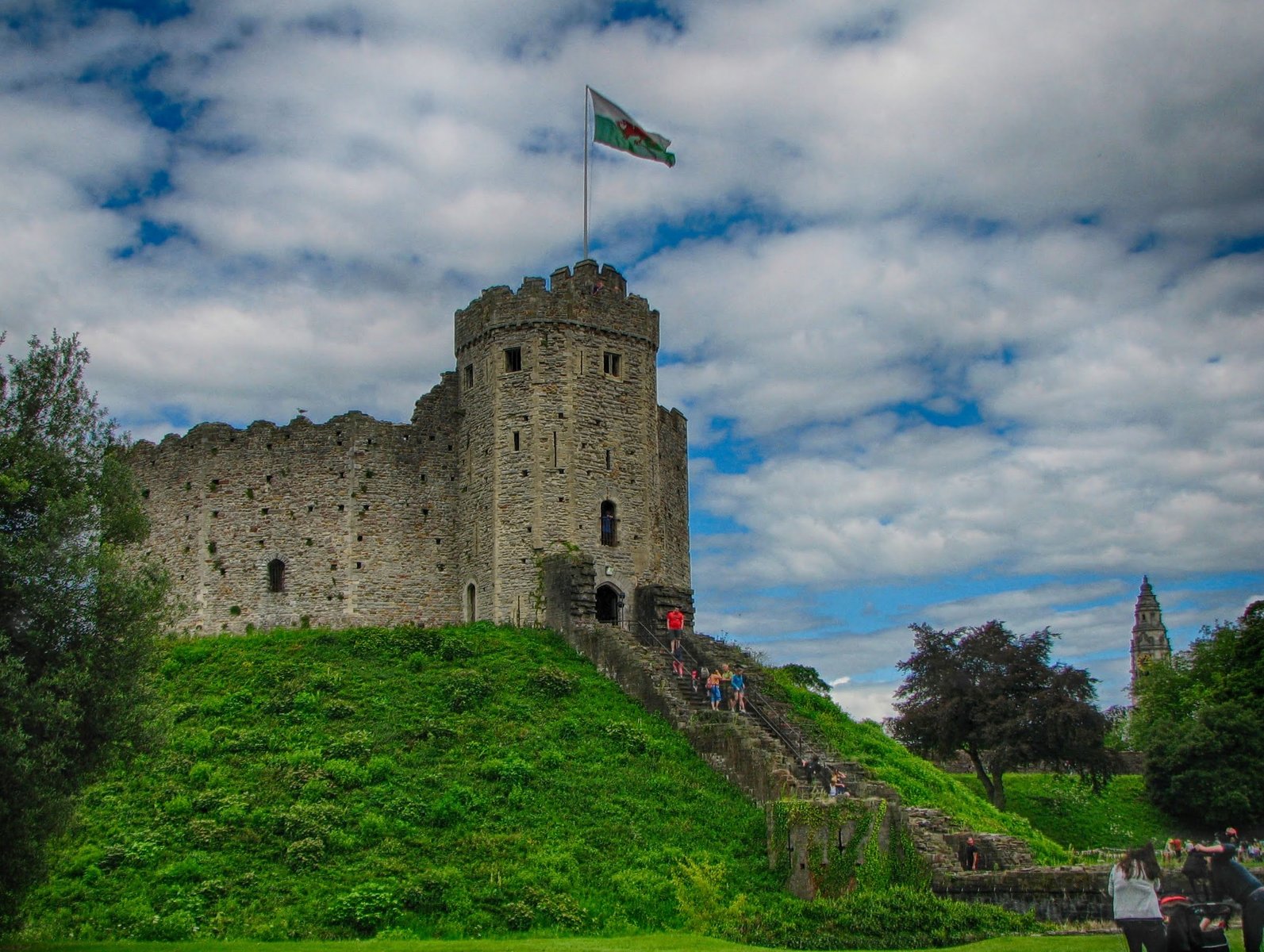 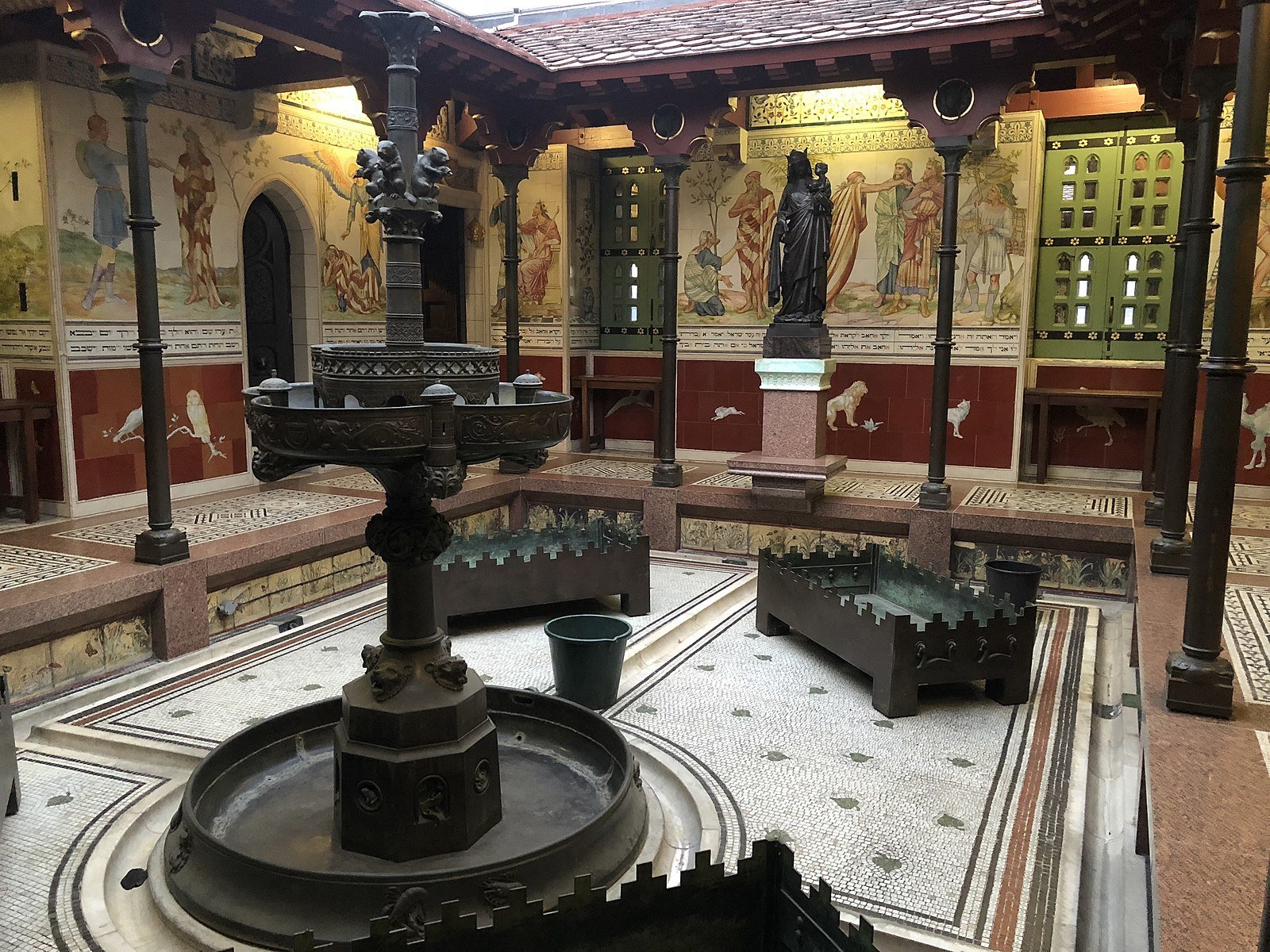 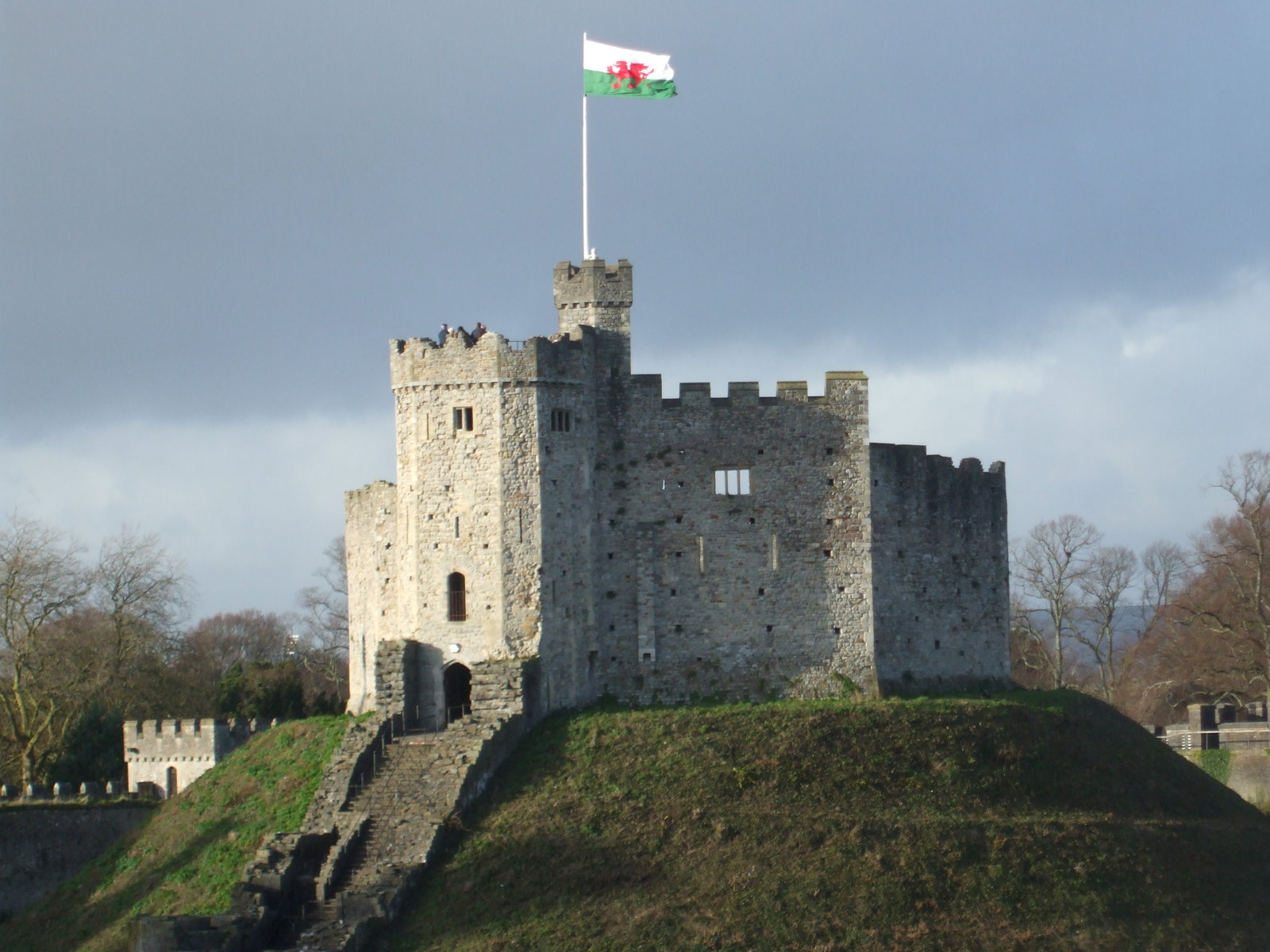 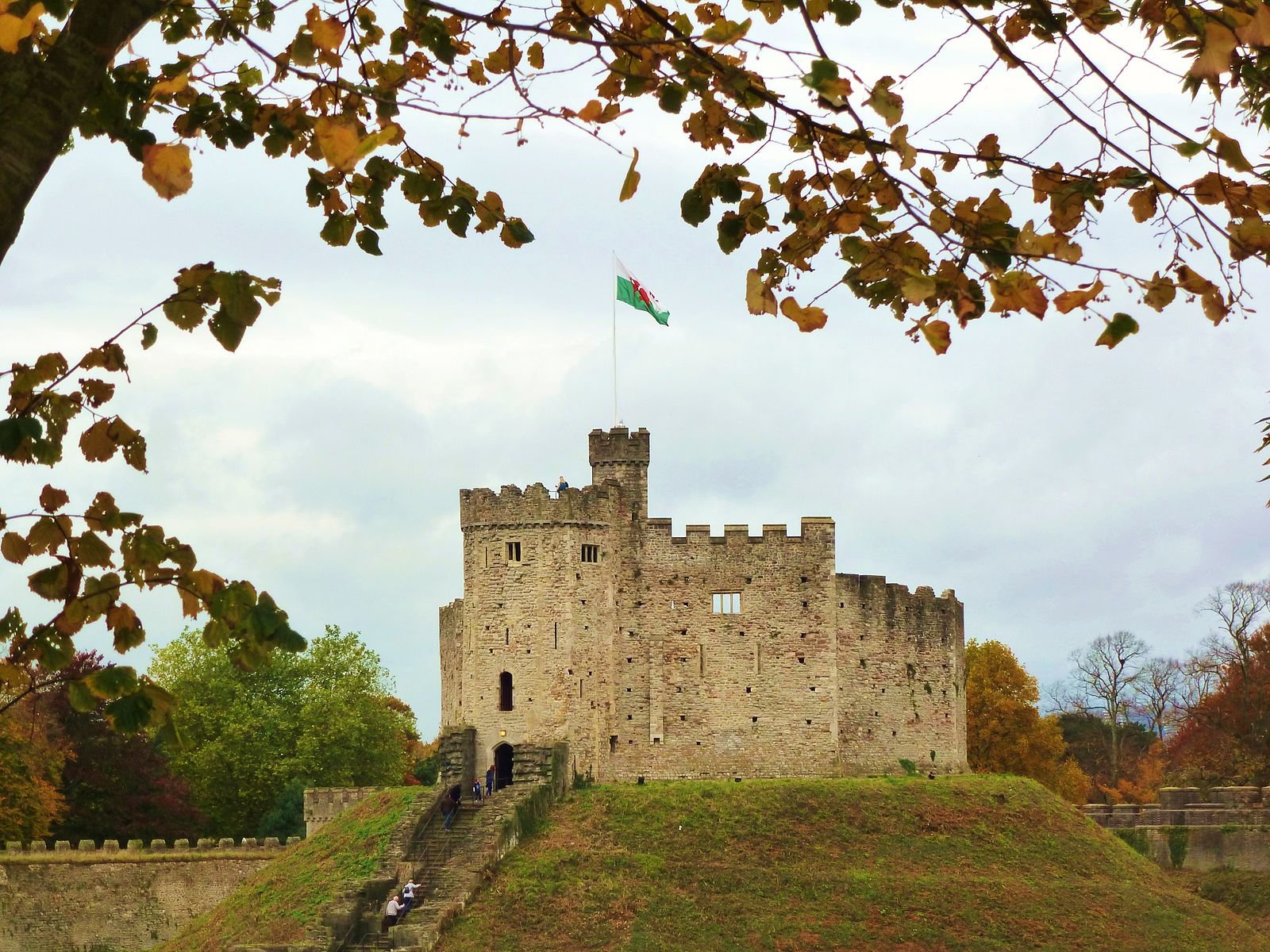 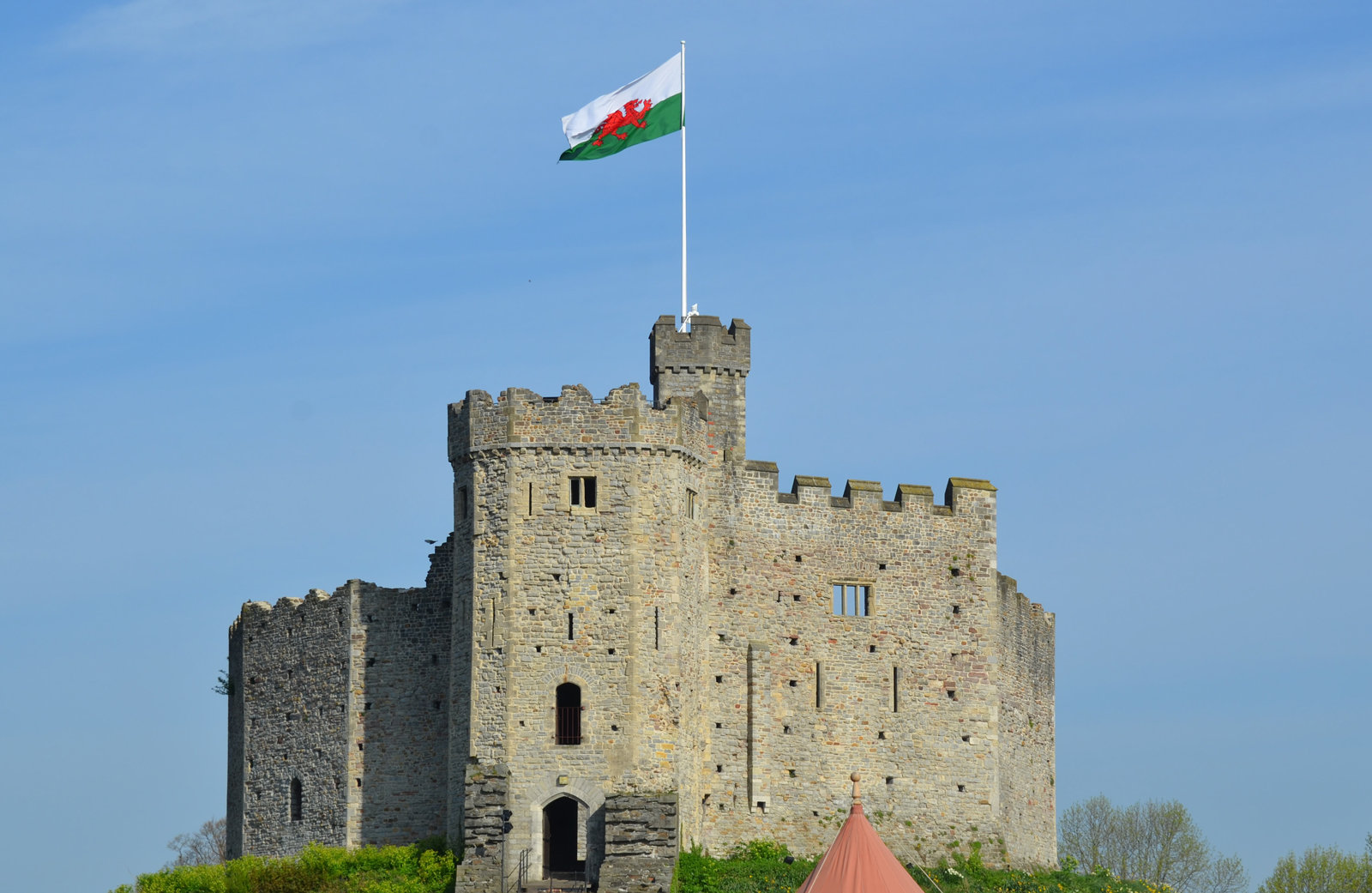 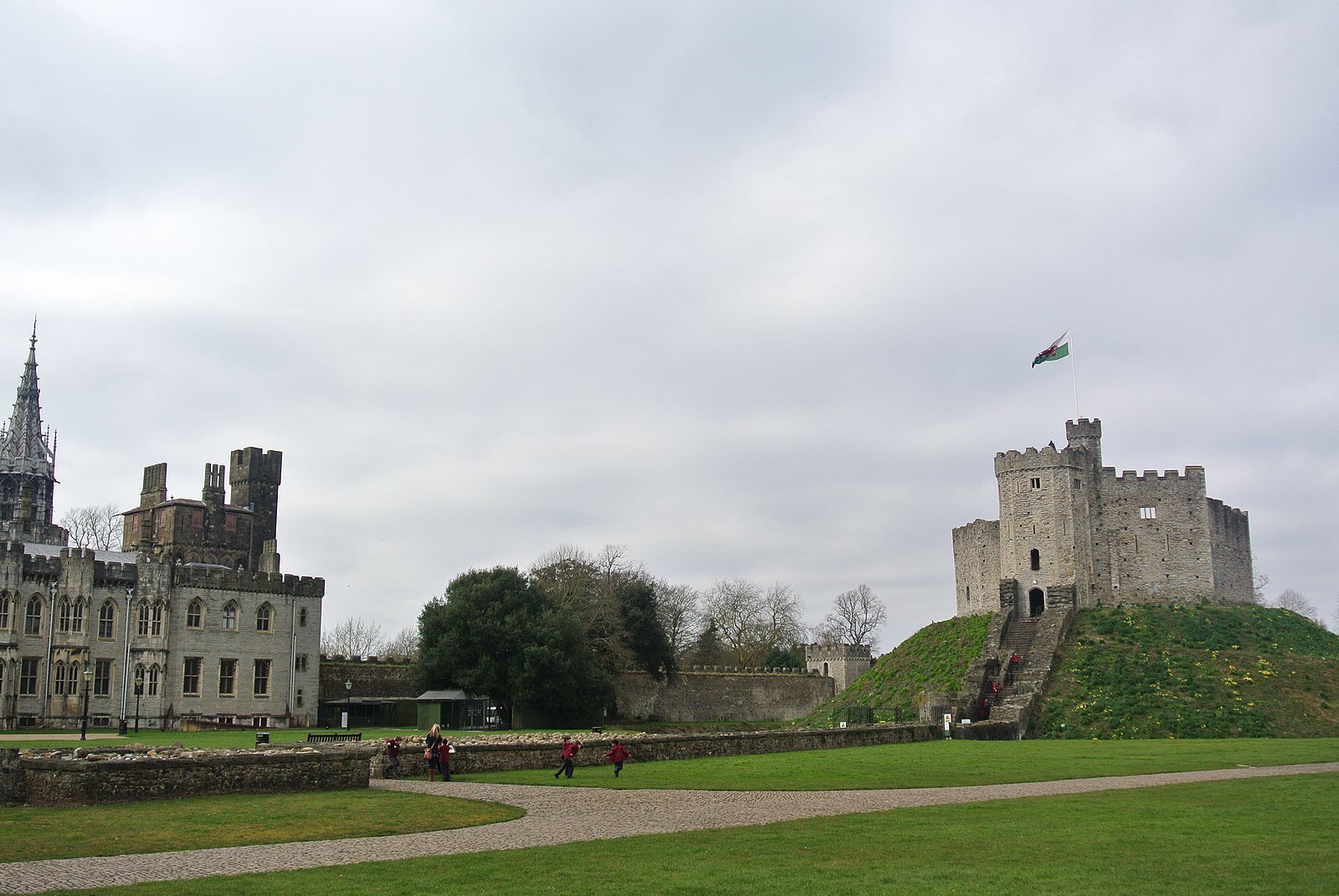 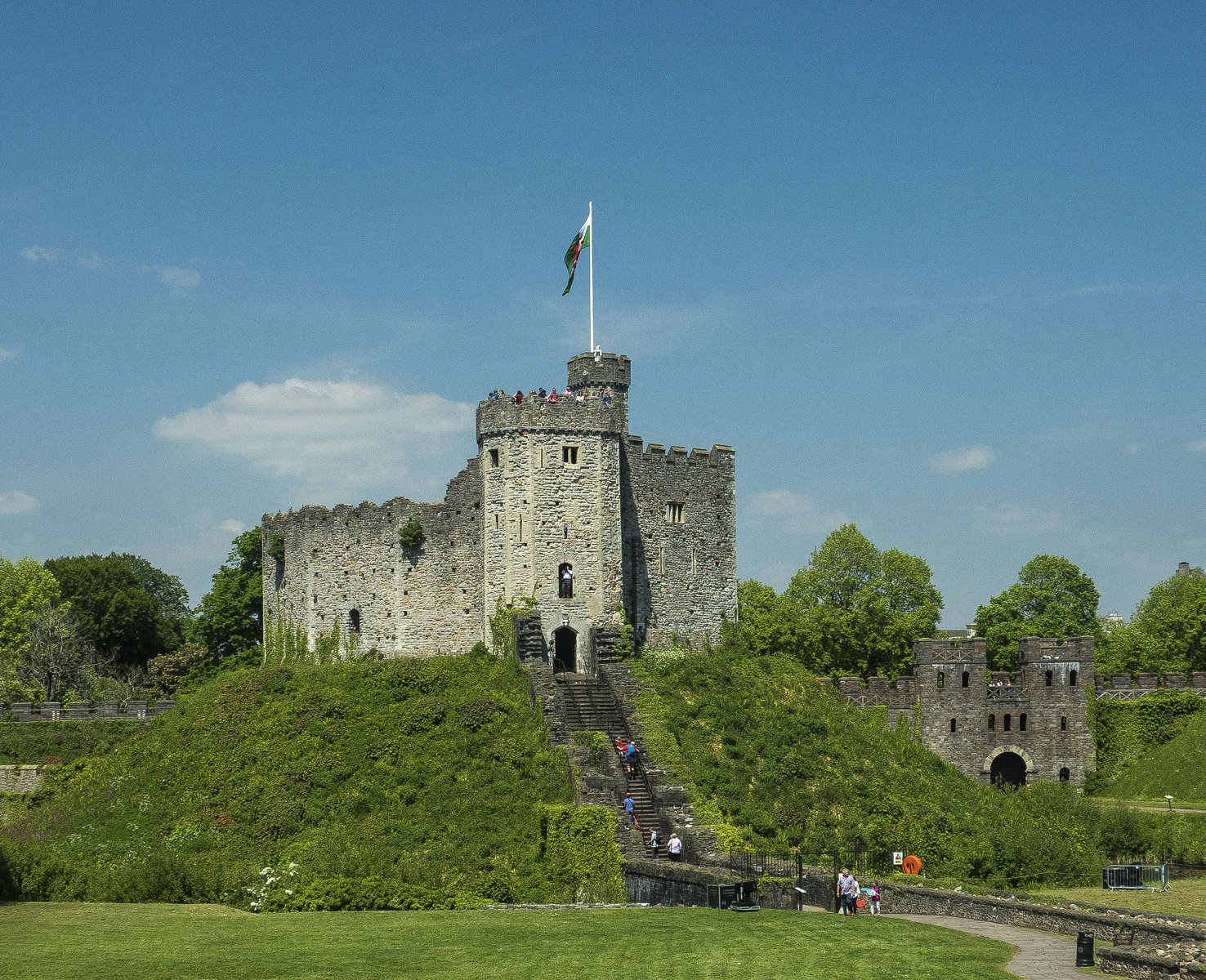 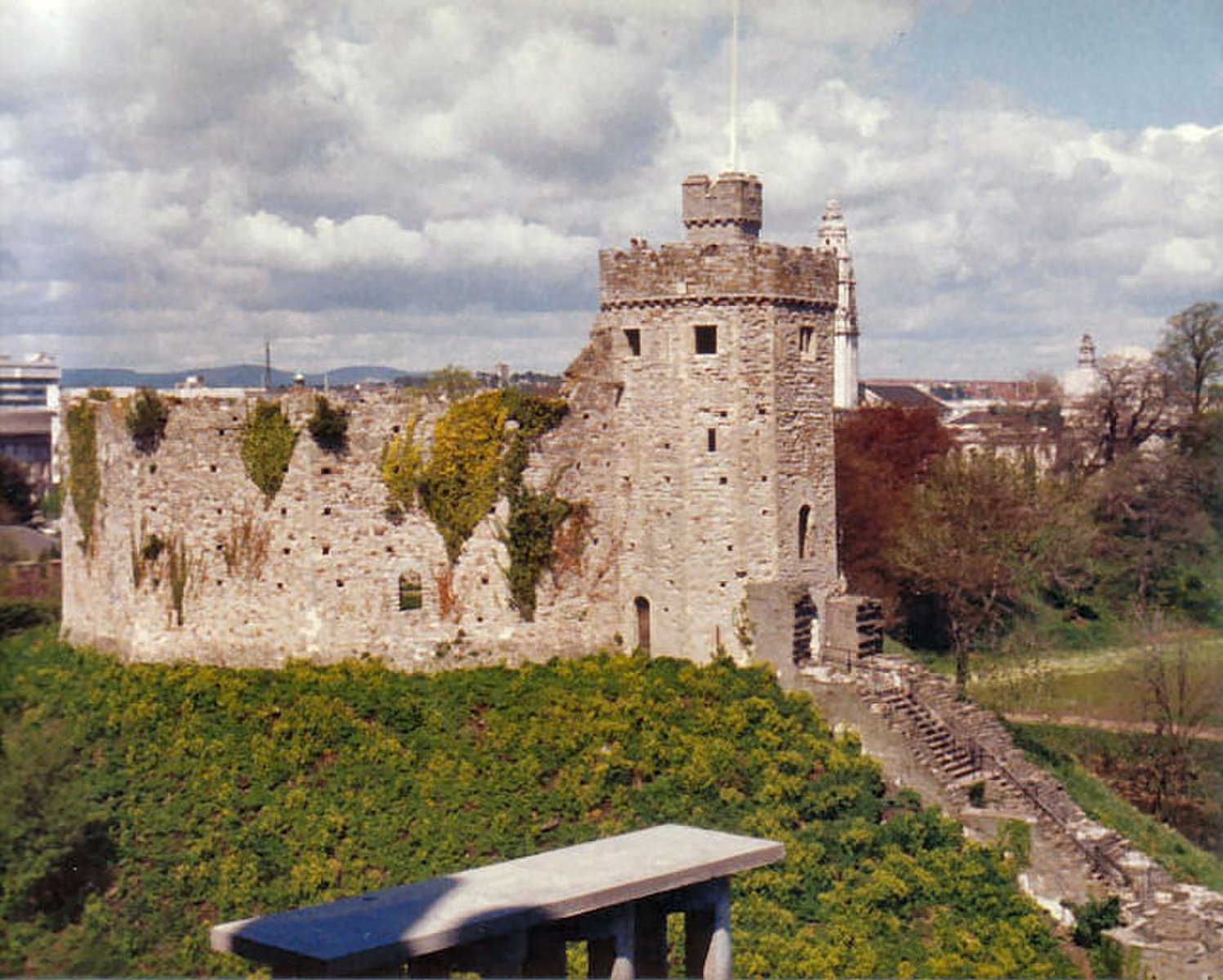 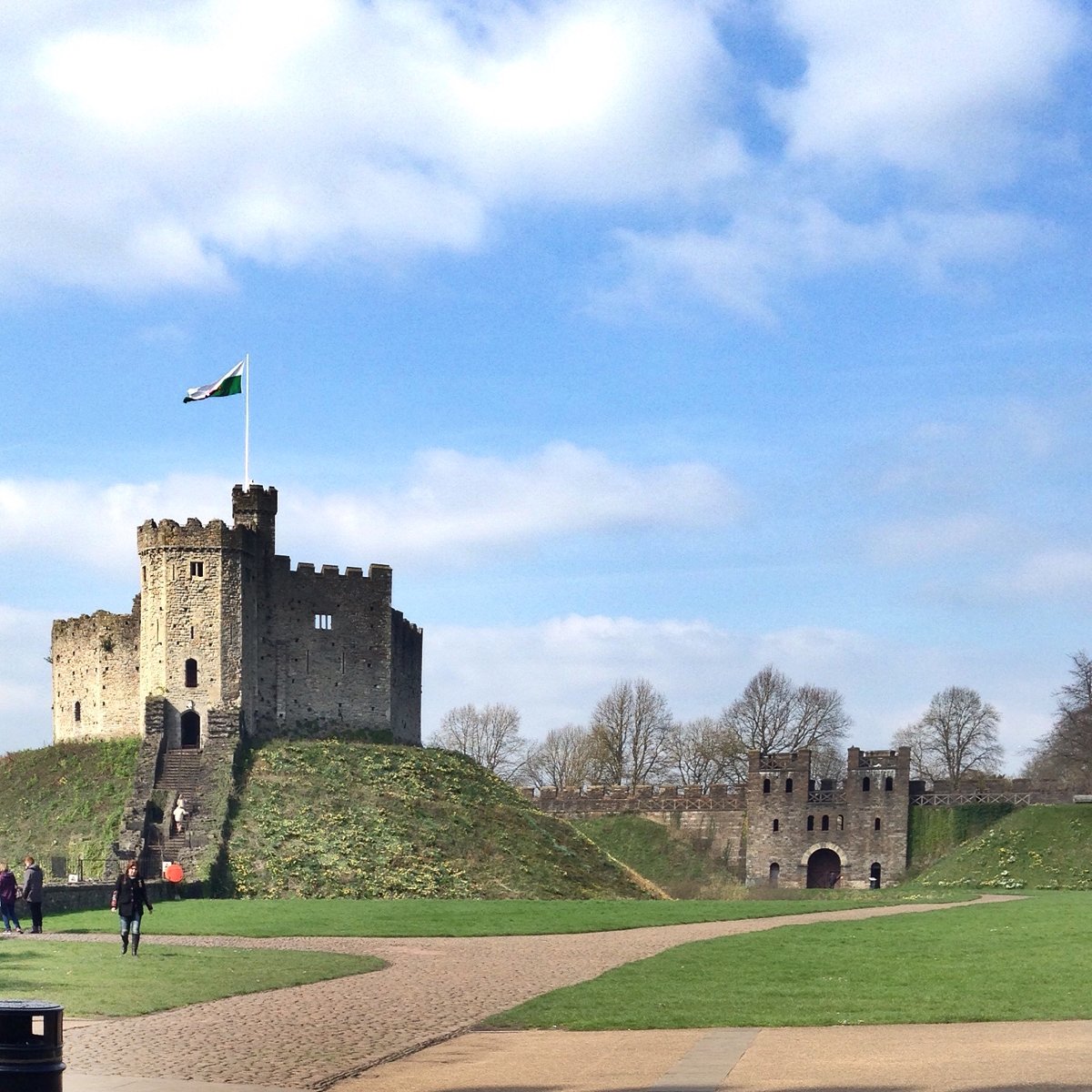 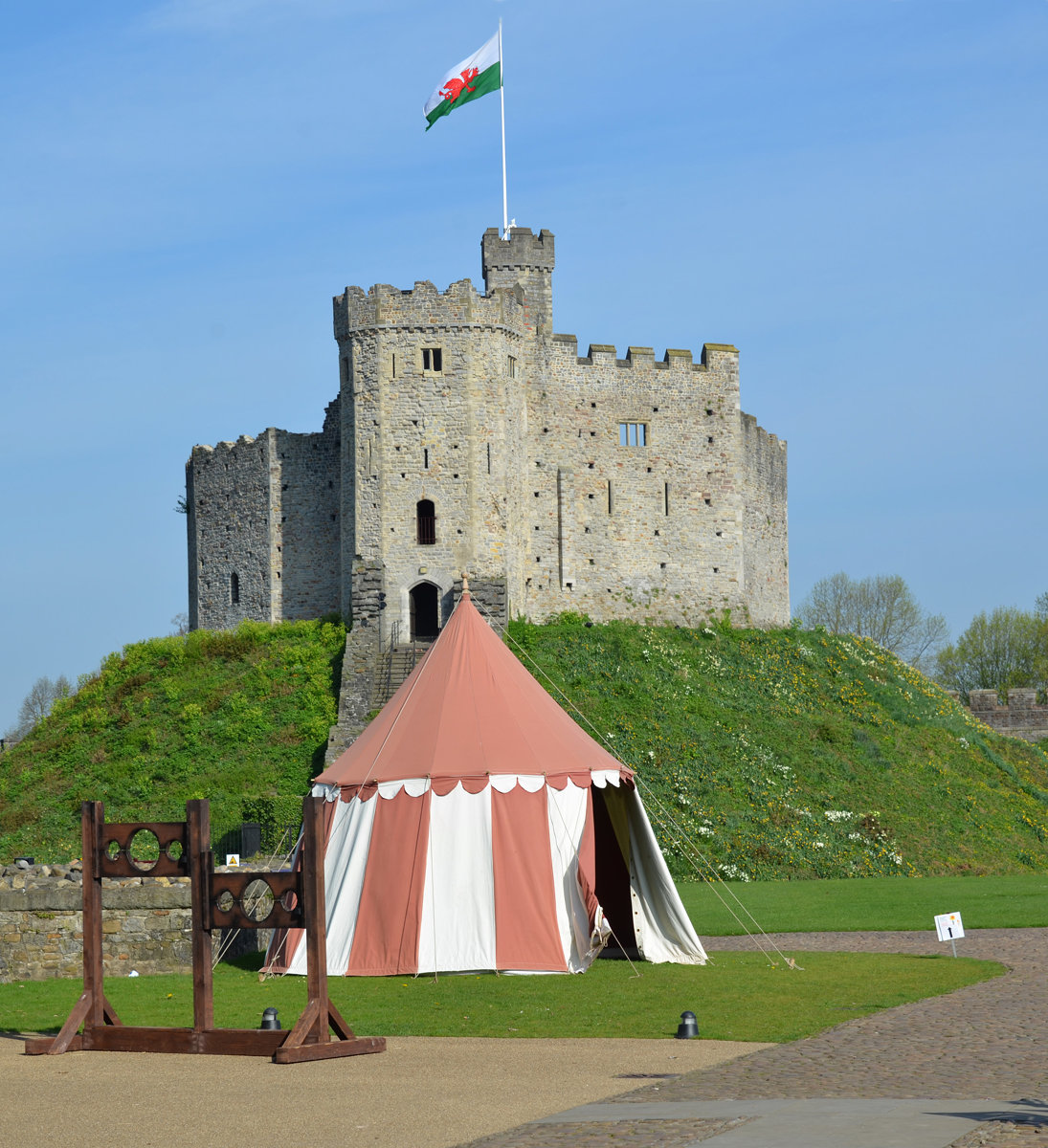 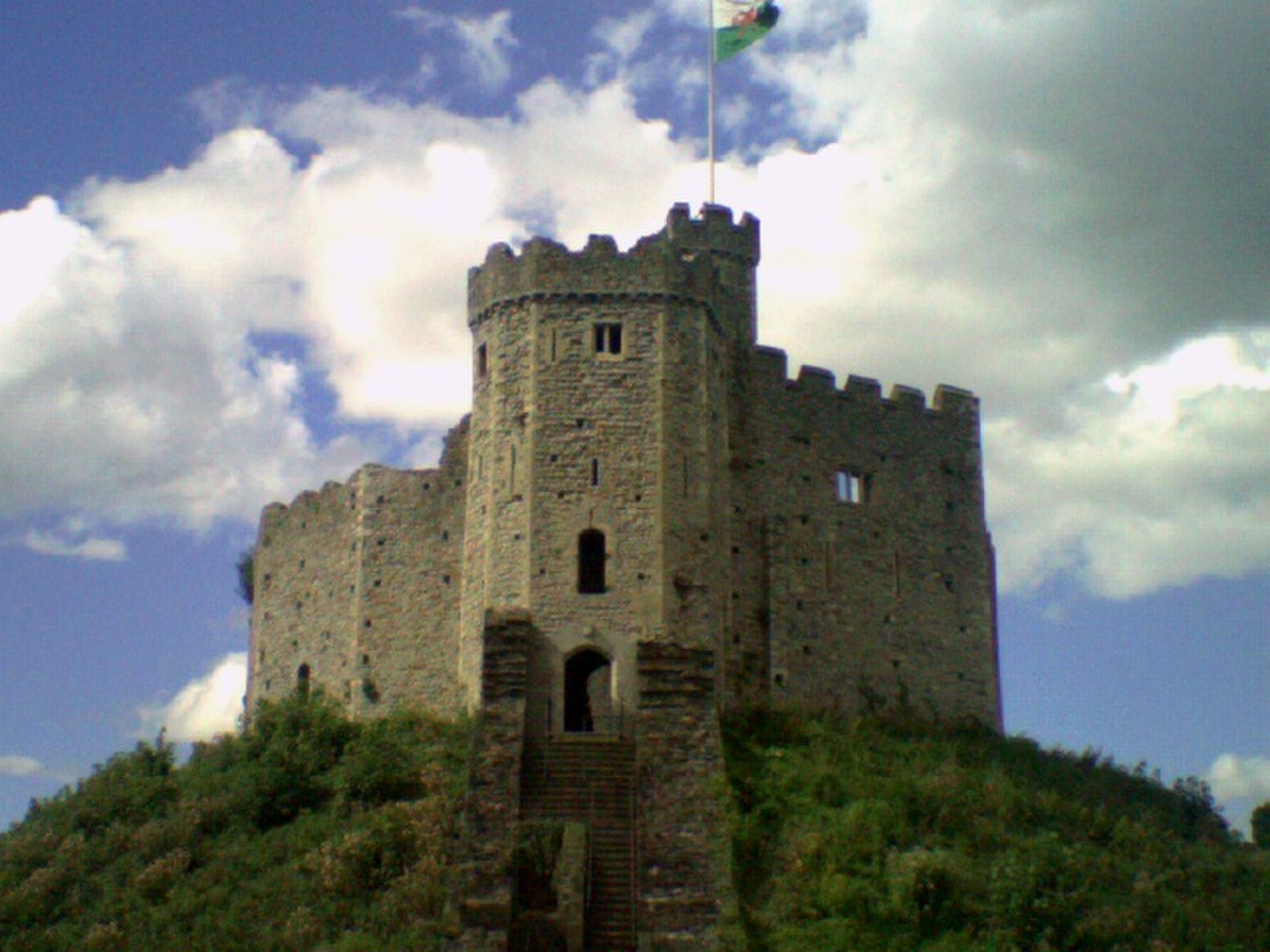 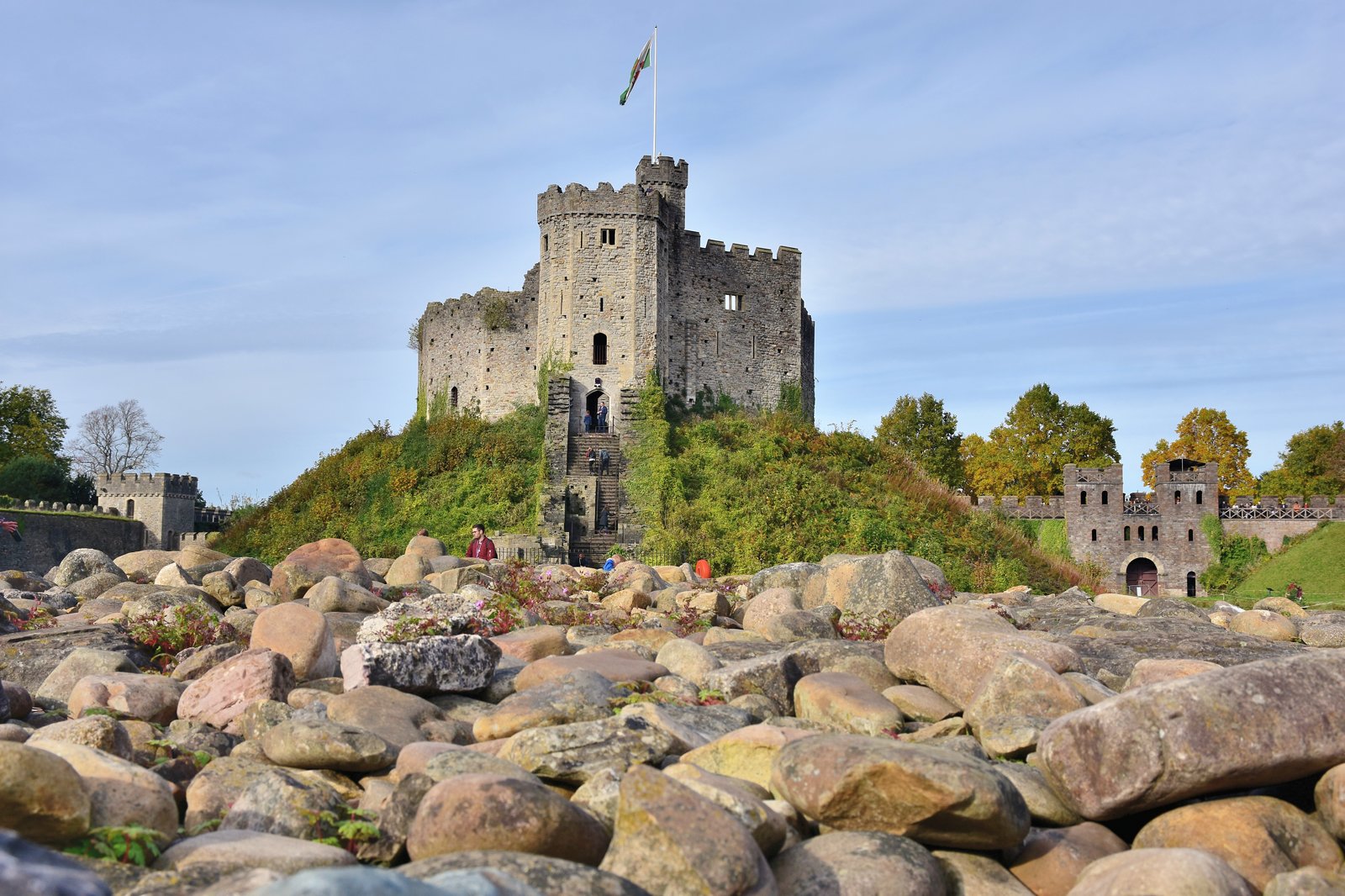 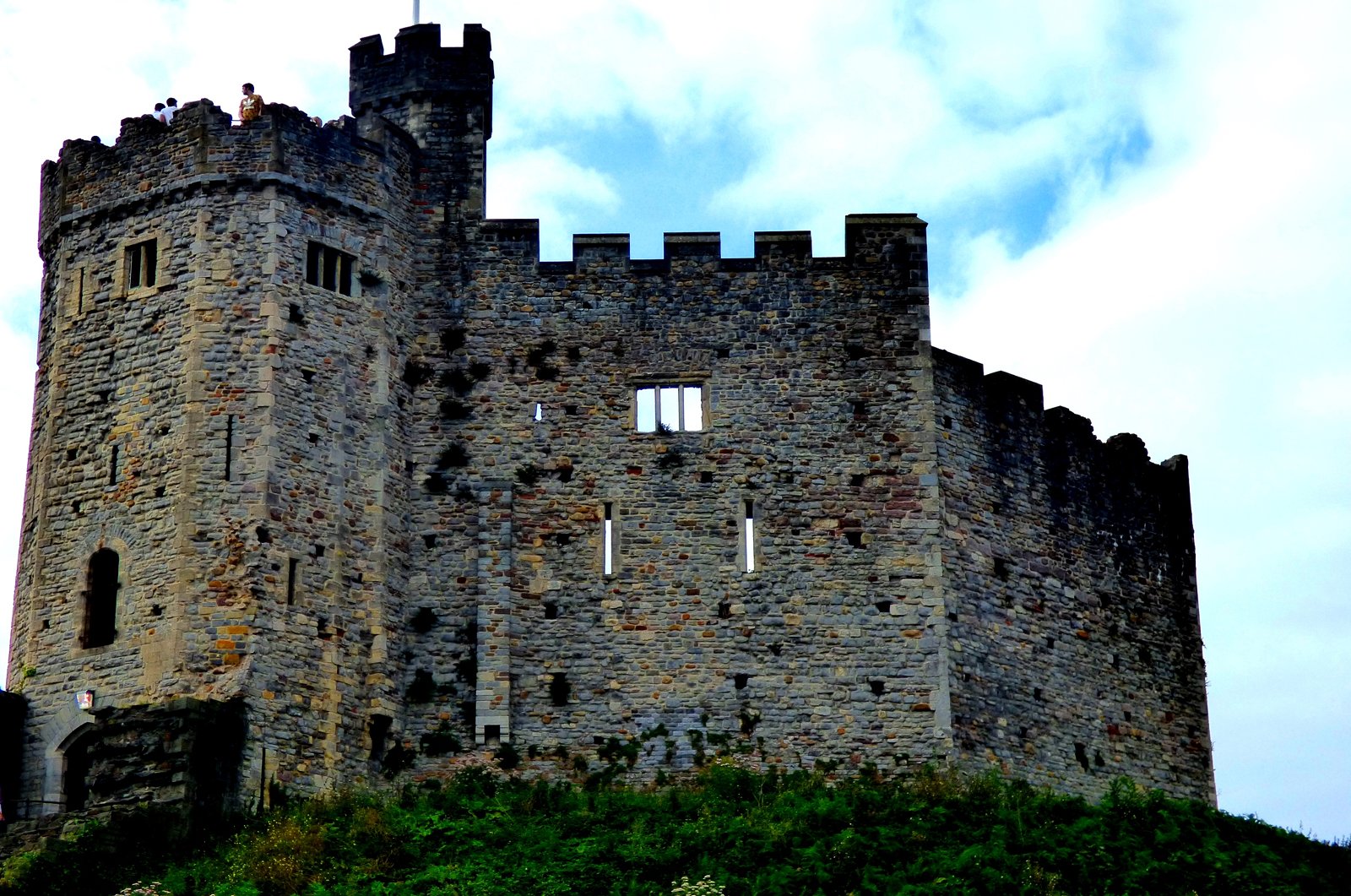 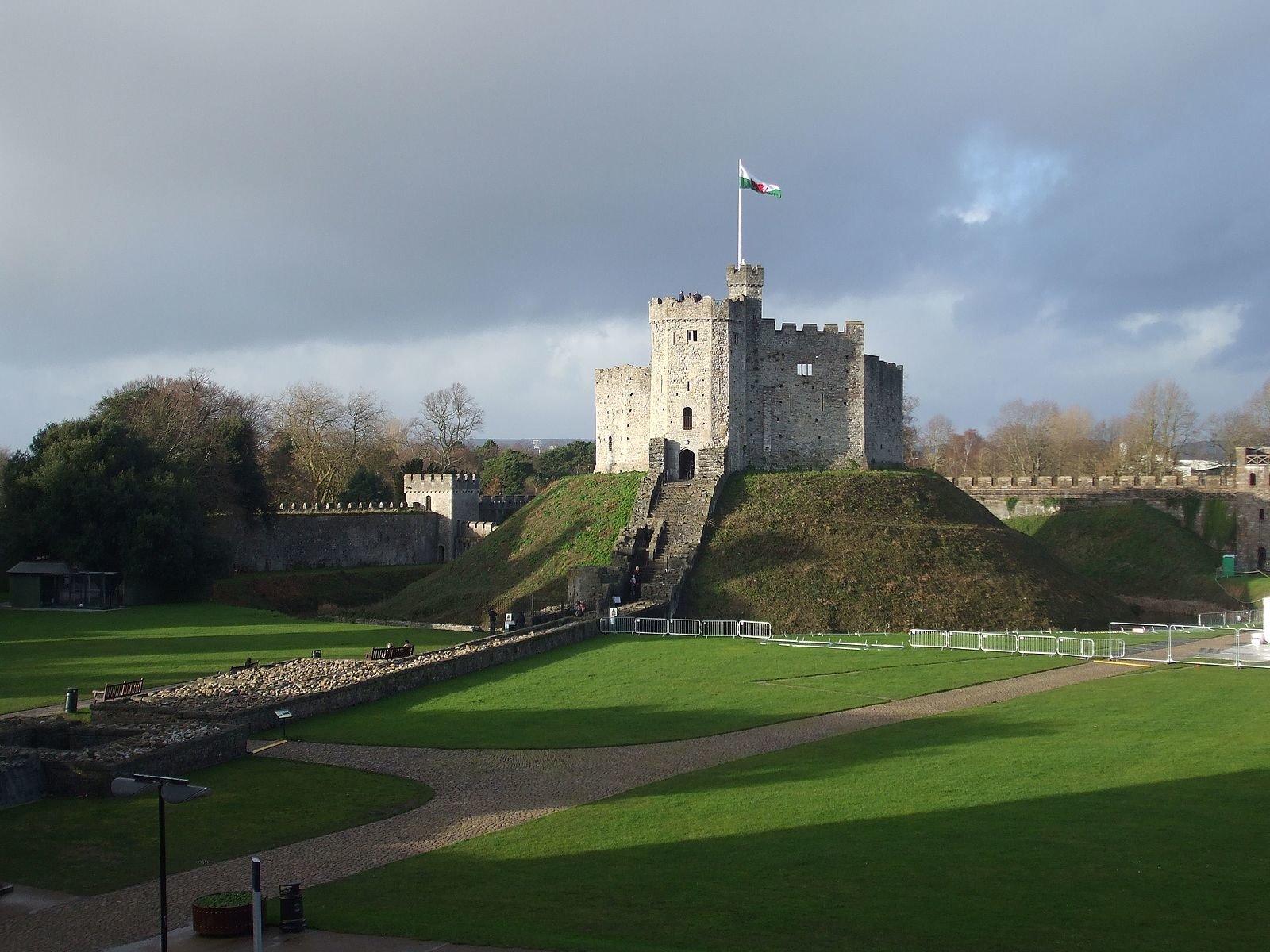 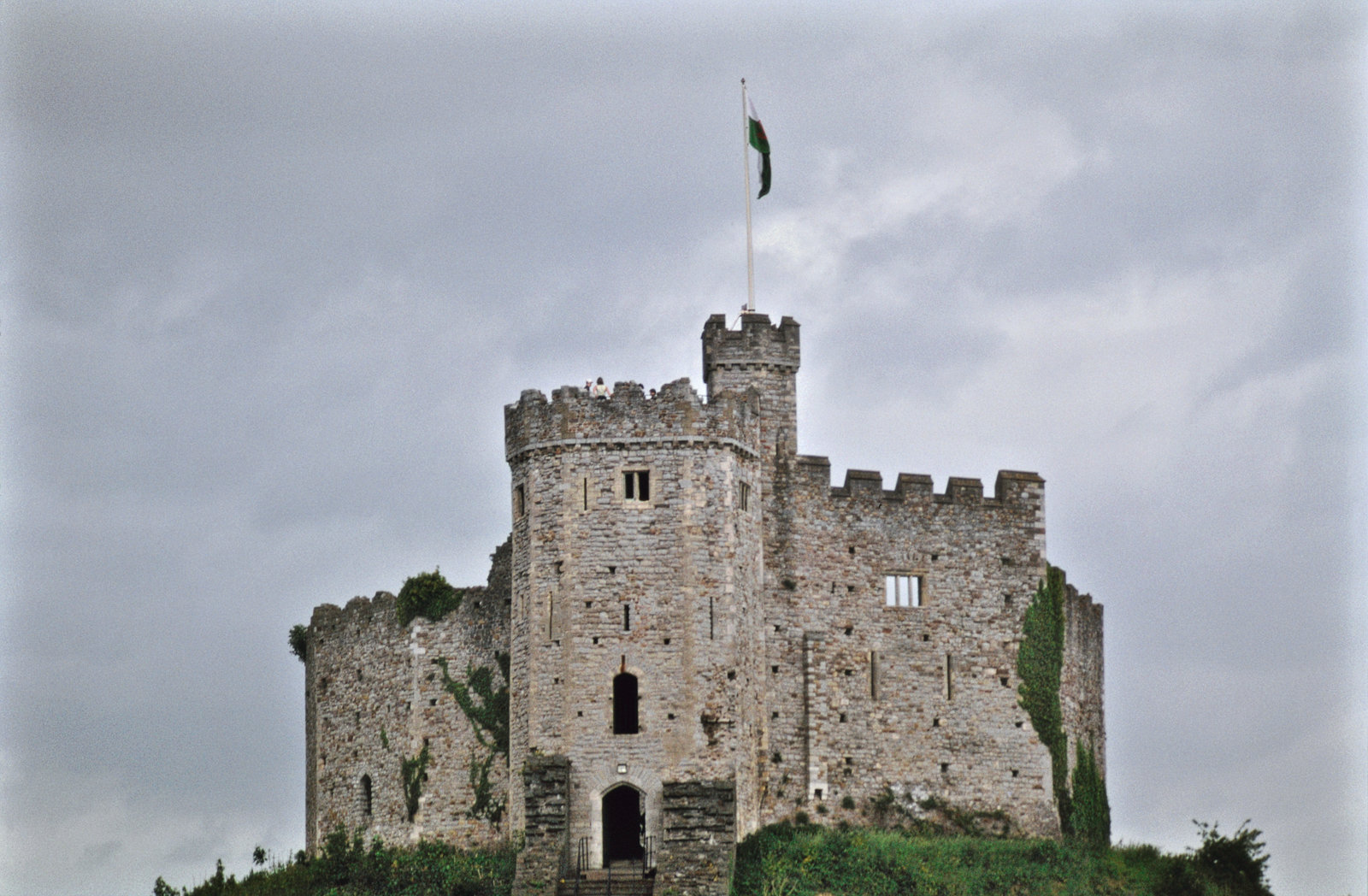 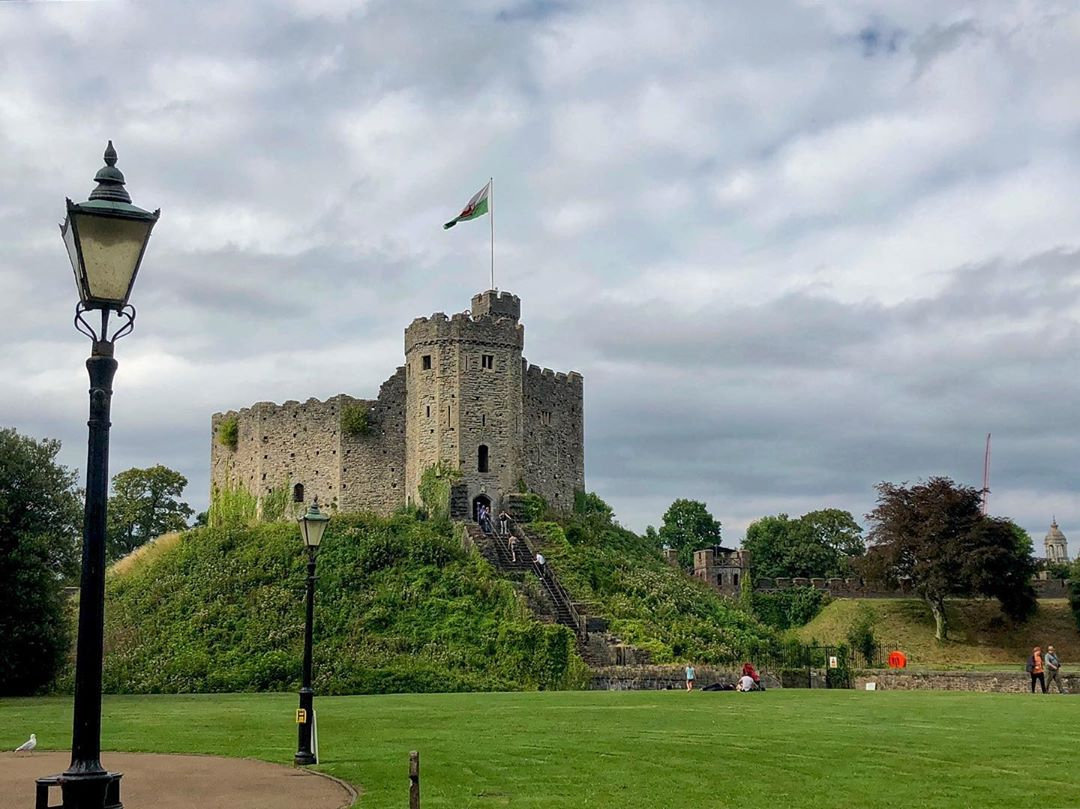 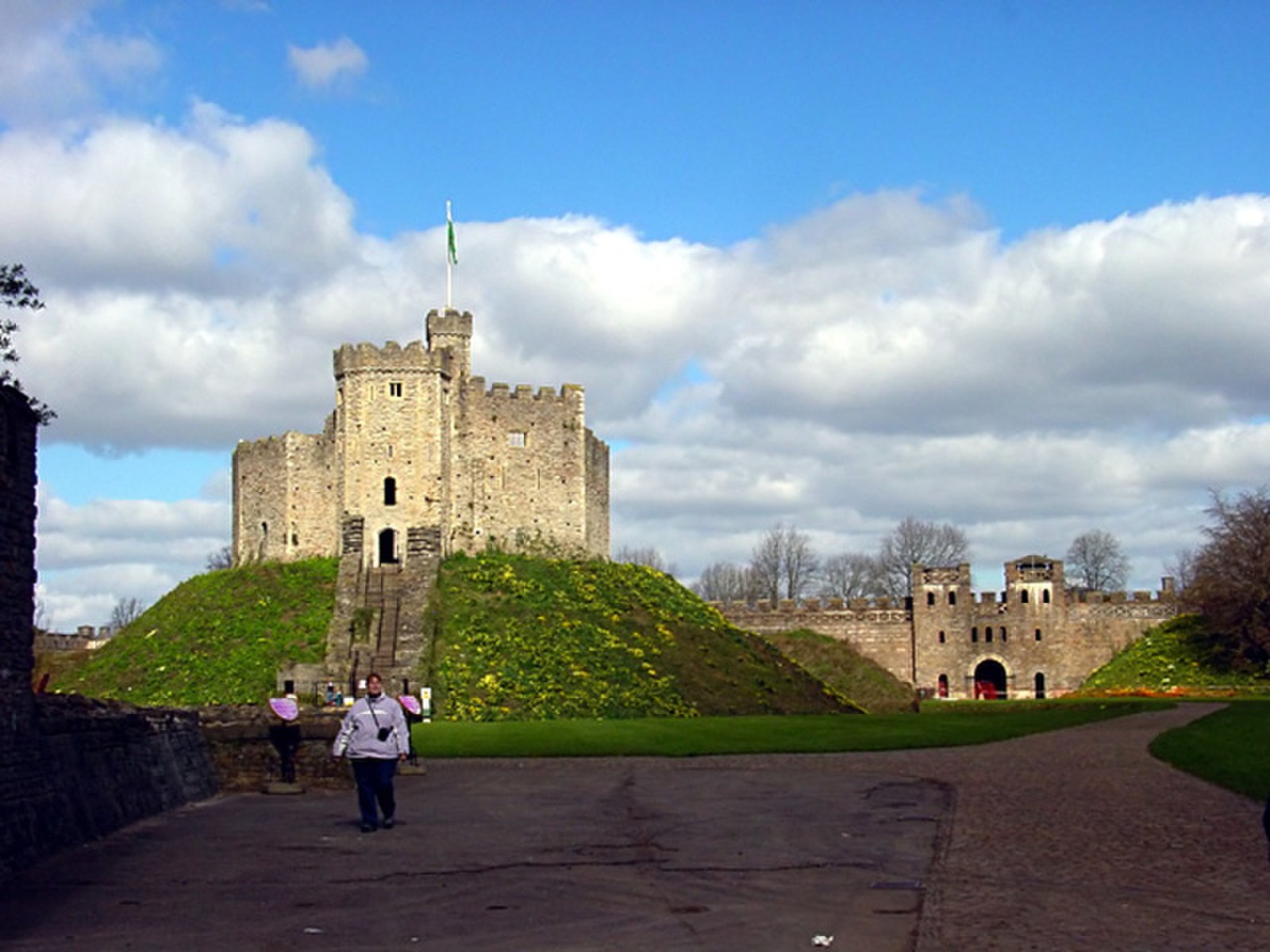 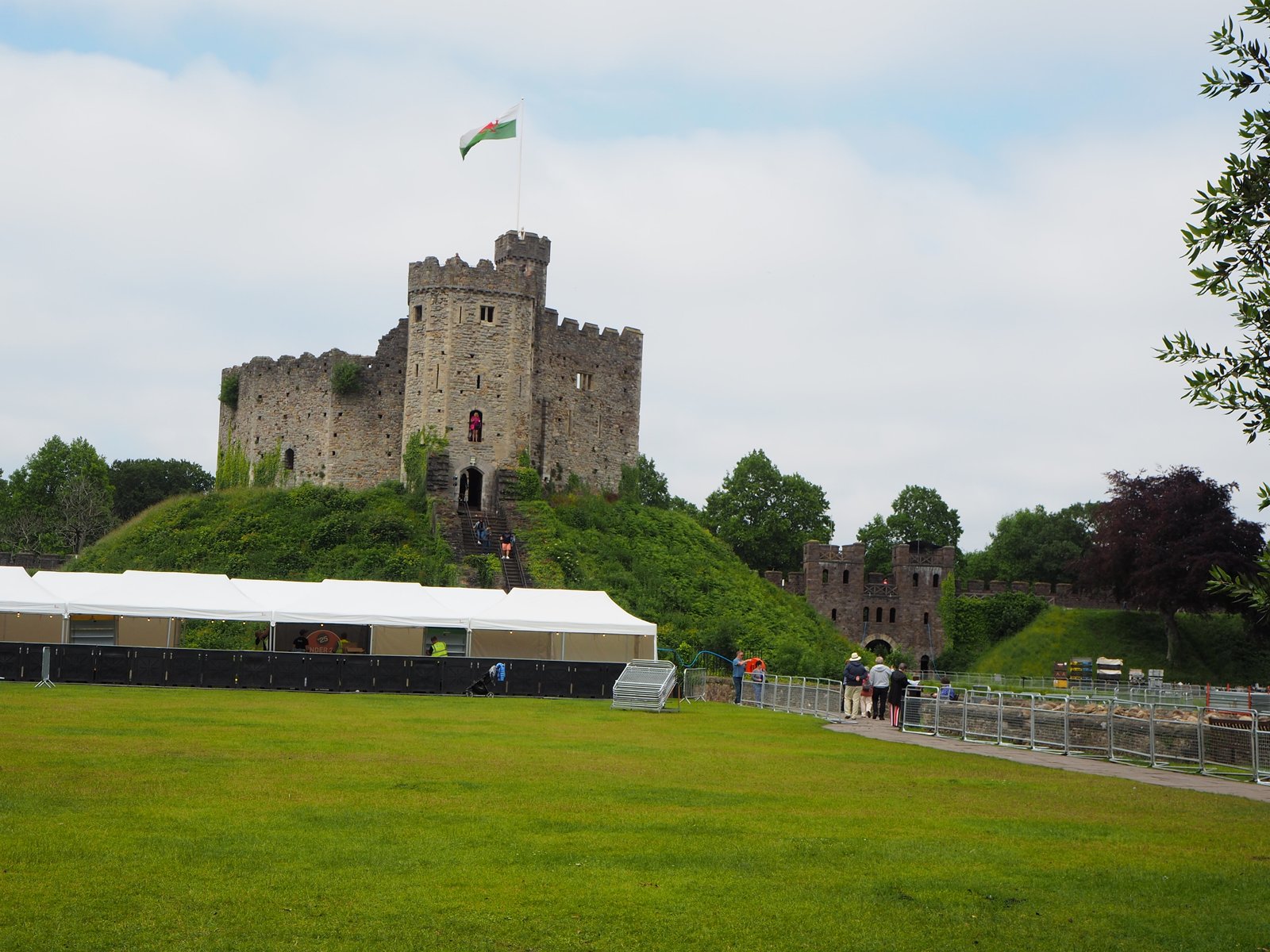