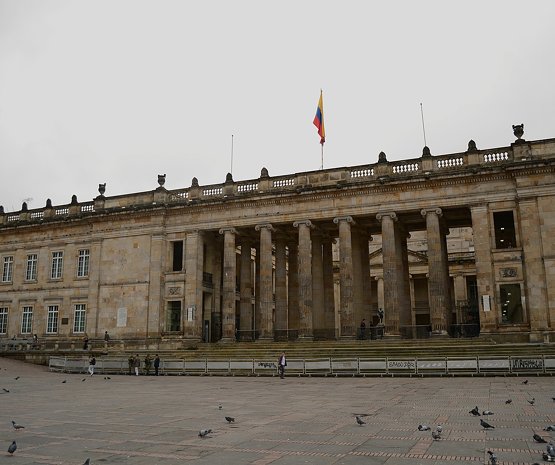 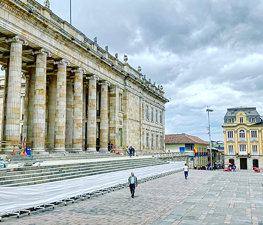 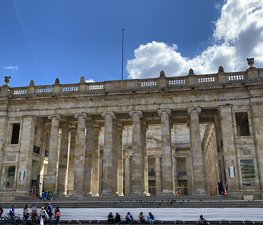 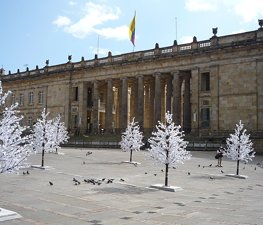 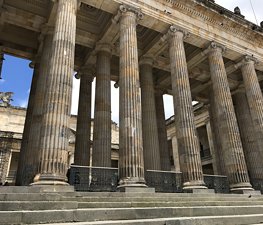 Capitolio Nacional (or National Capitol) is a building on Bolivar Square in central Bogotá, the construction of which began in 1876, by order of president Tomás Cipriano de Mosquera, and was not concluded until 1926. It houses both houses of the Congress of Colombia. It was designed by Thomas Reed.

In 1938, Ignacio Gómez Jaramillo painted two murals for the Capitolio Nacional in Bogotá.

In 1947 for the Inter American Conference, Master Santiago Martínez Delgado painted a majestic mural under commission of the then director of the OEA, Honorable Alberto Lleras Camargo and Conference organizer the Honorable Laureano Gómez, two men who later became Presidents of Colombia. This mural of the Elliptic chamber National Congress Building, made in the fresco style, represents Bolivar and Santander exiting the Cucuta congress during the creation of the Great Colombia. The mural is considered the most important fresco in the country and the artist's main masterpiece. 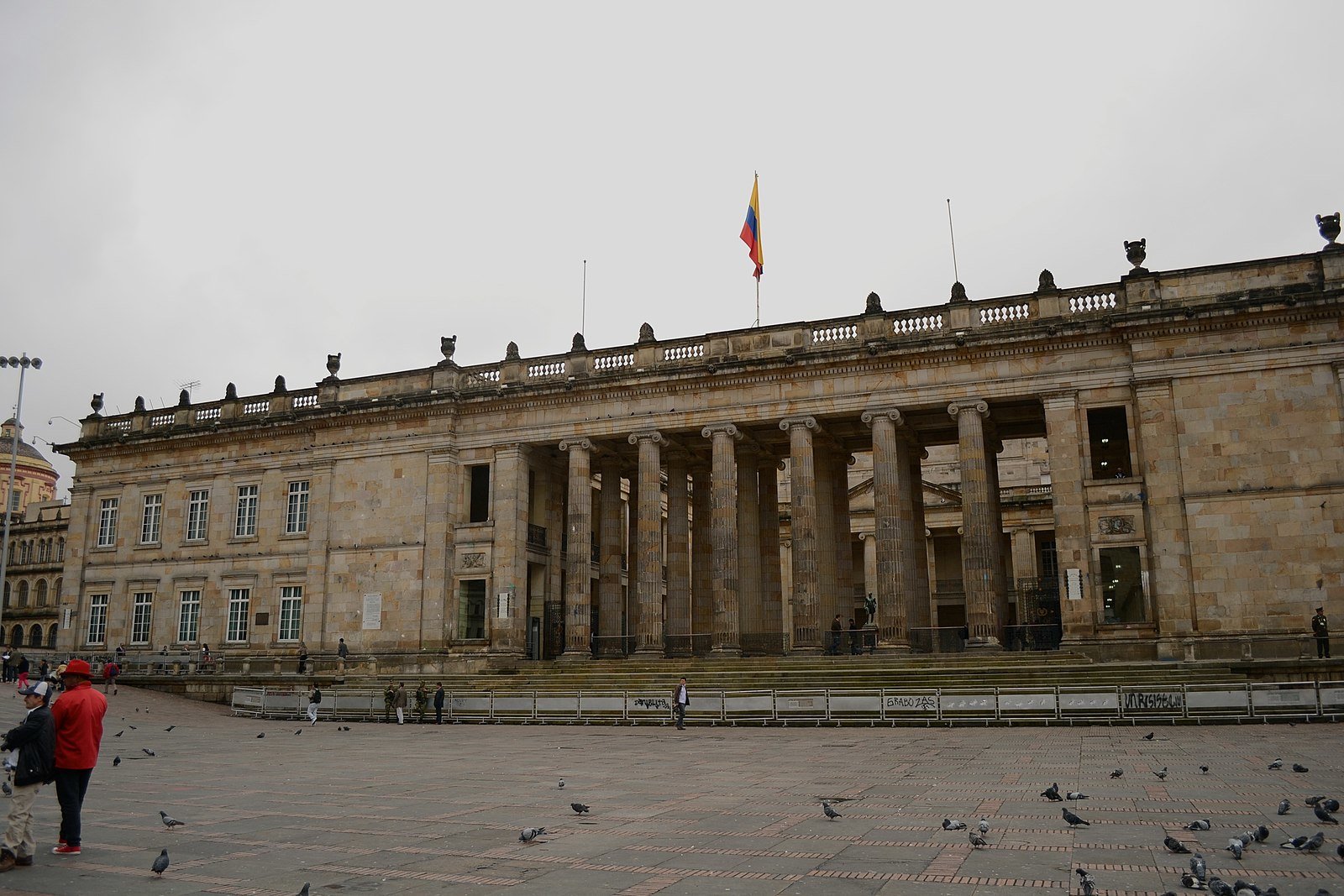 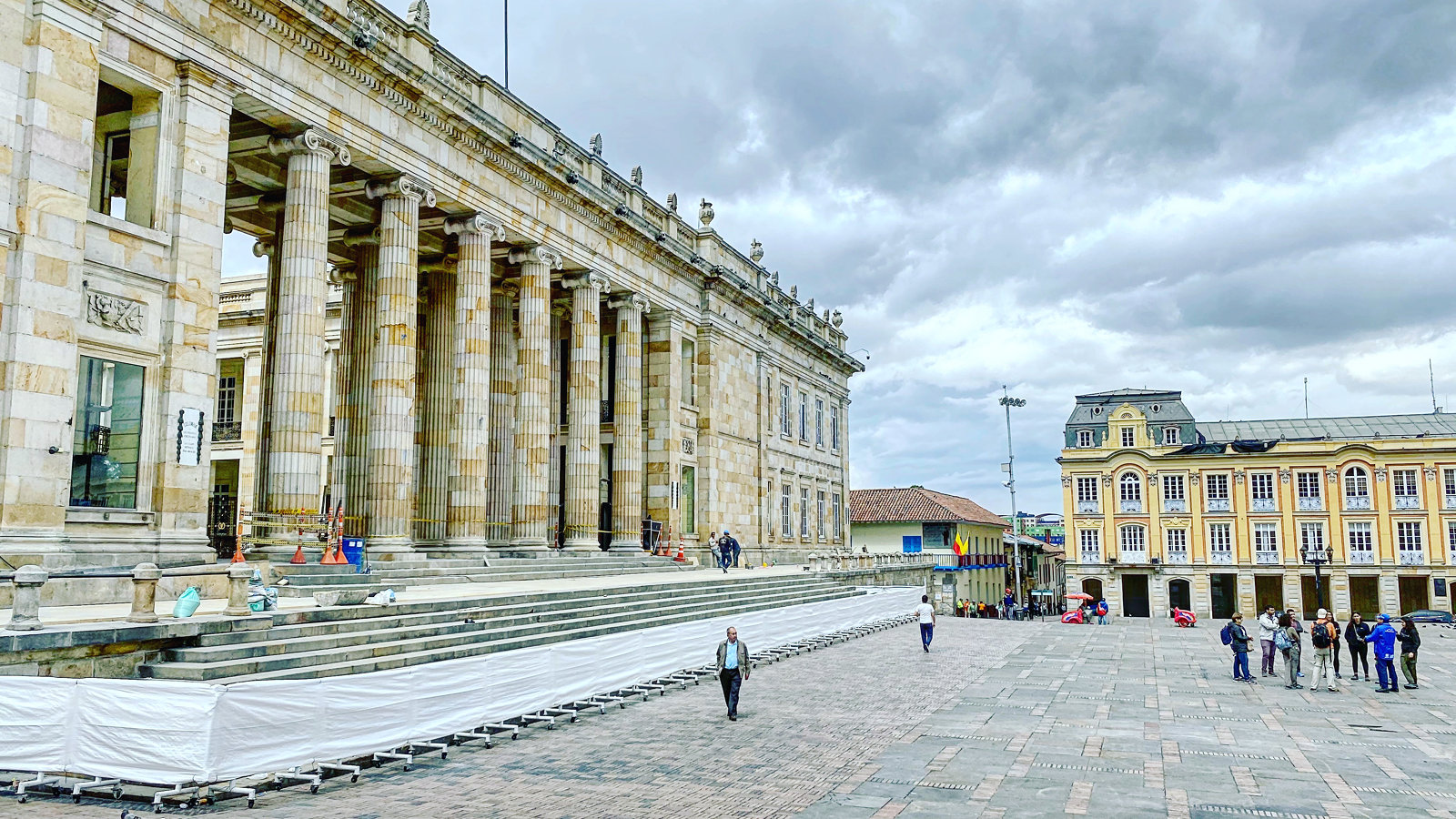 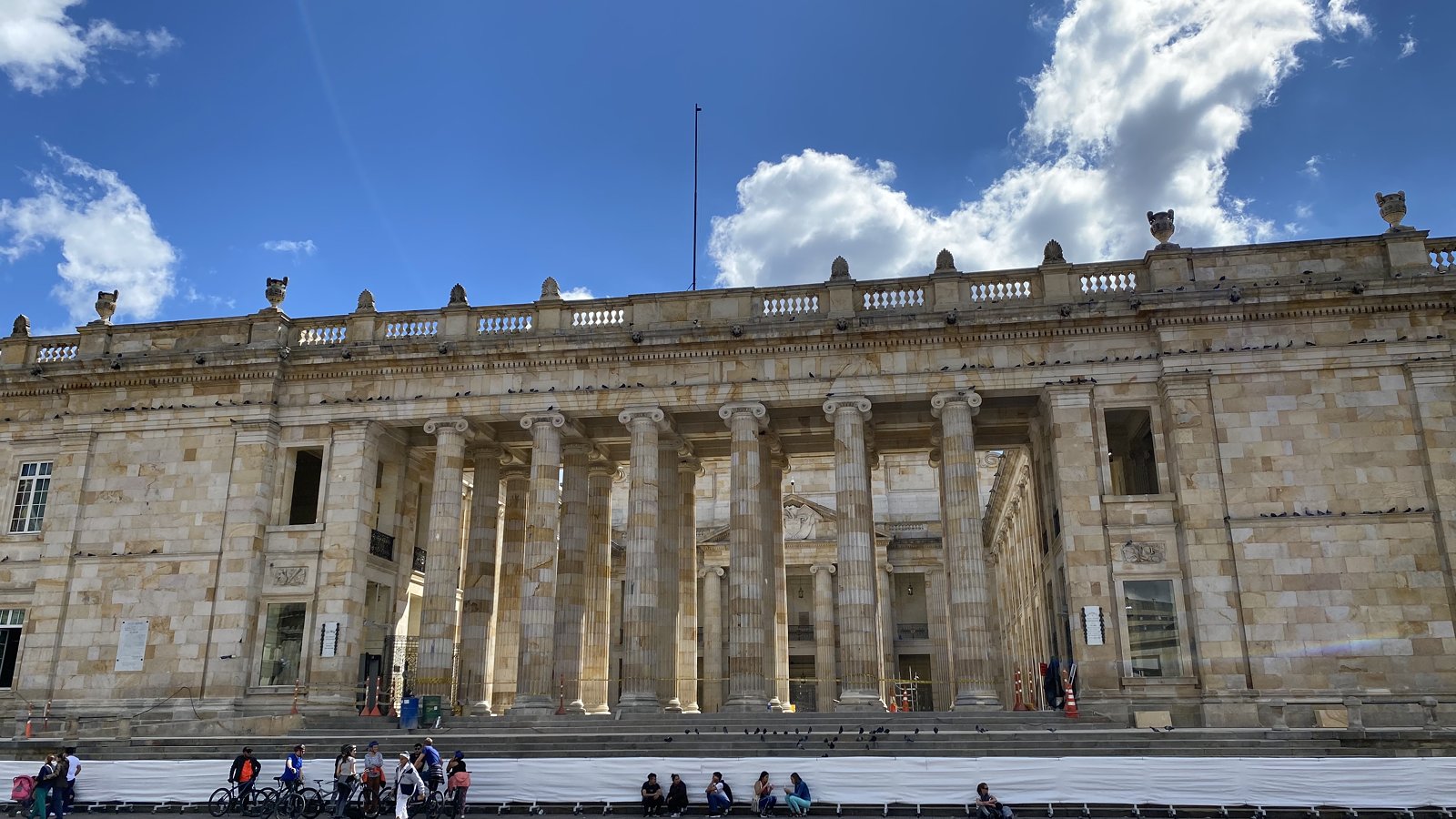 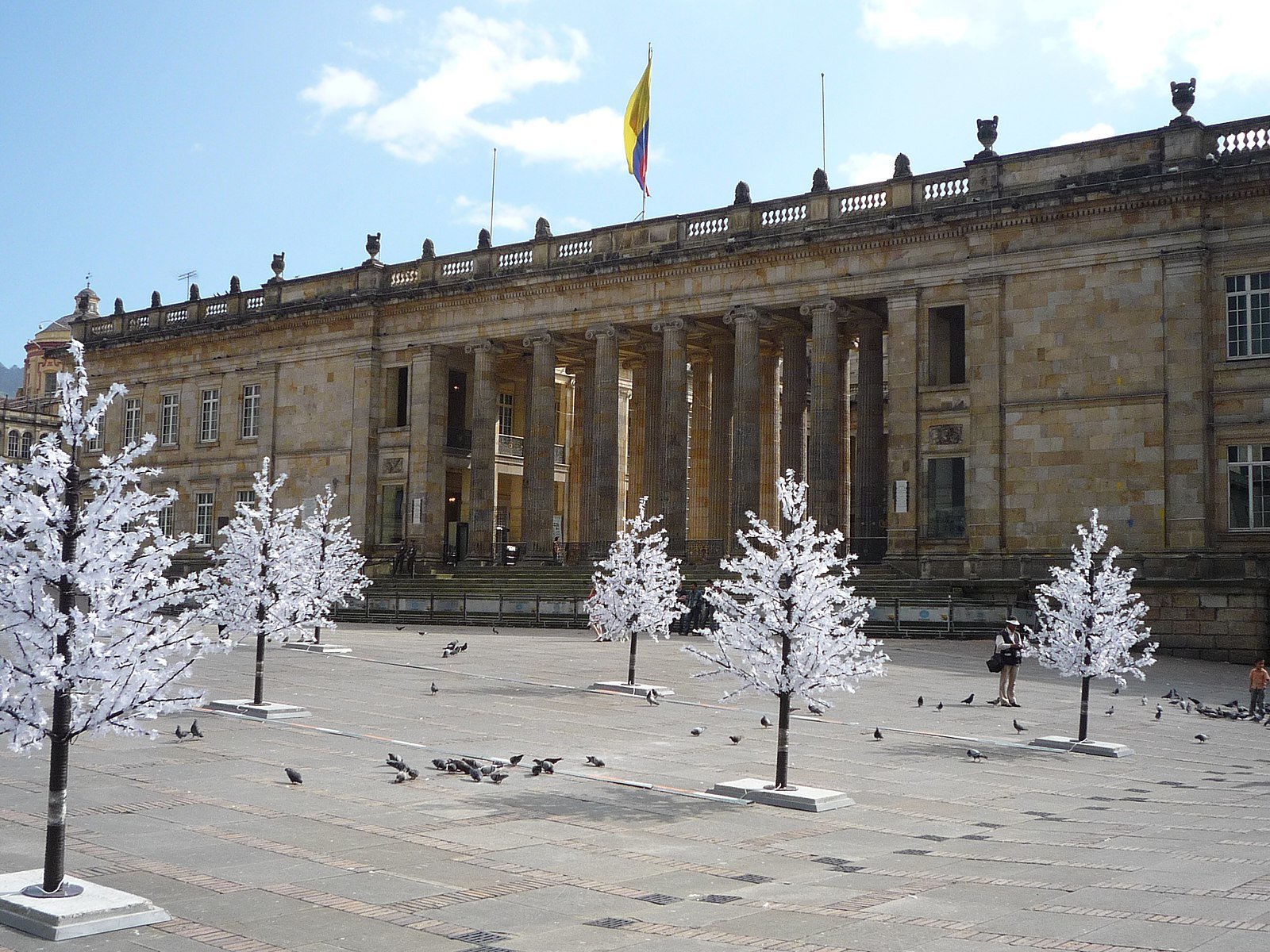 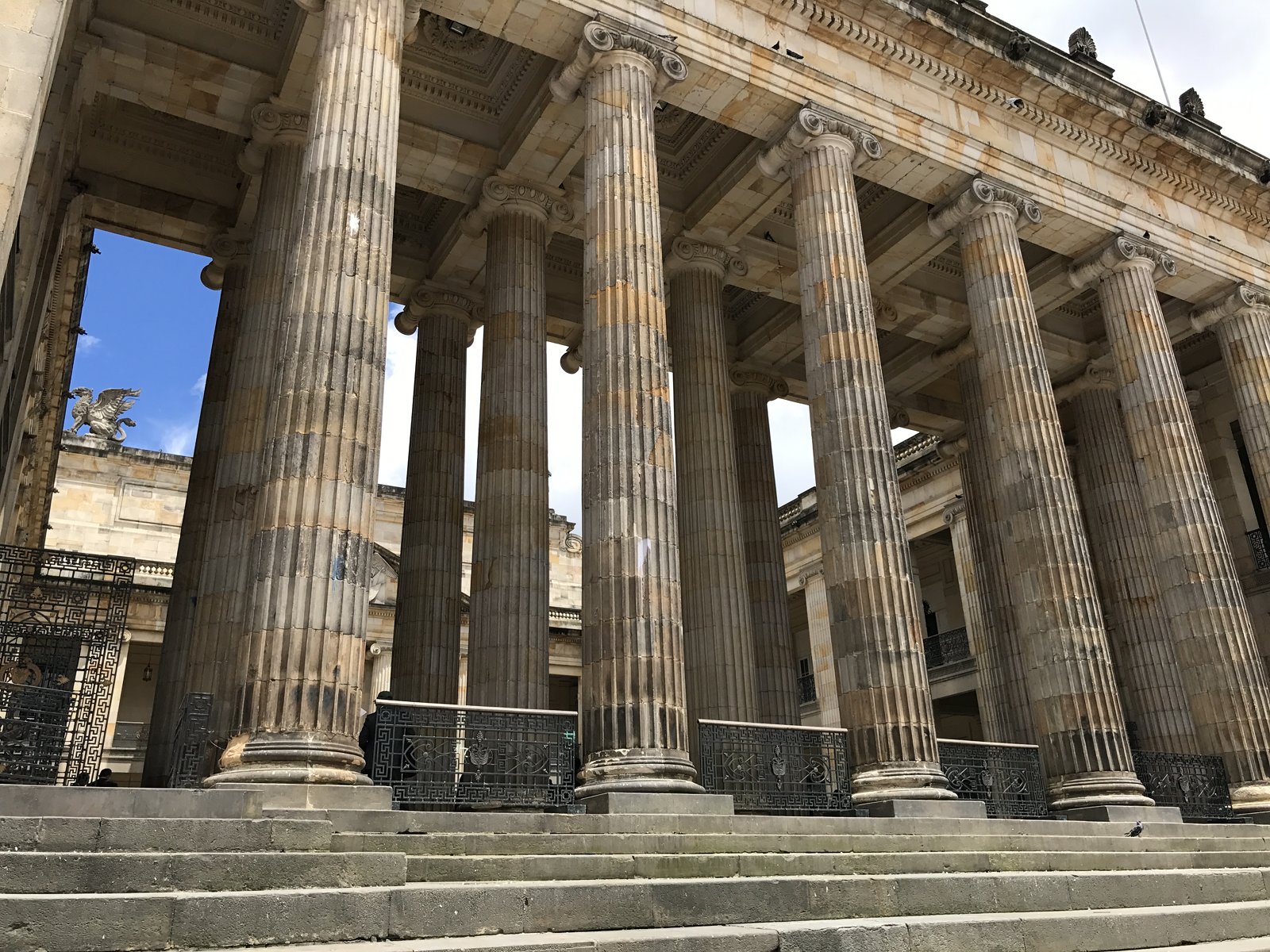 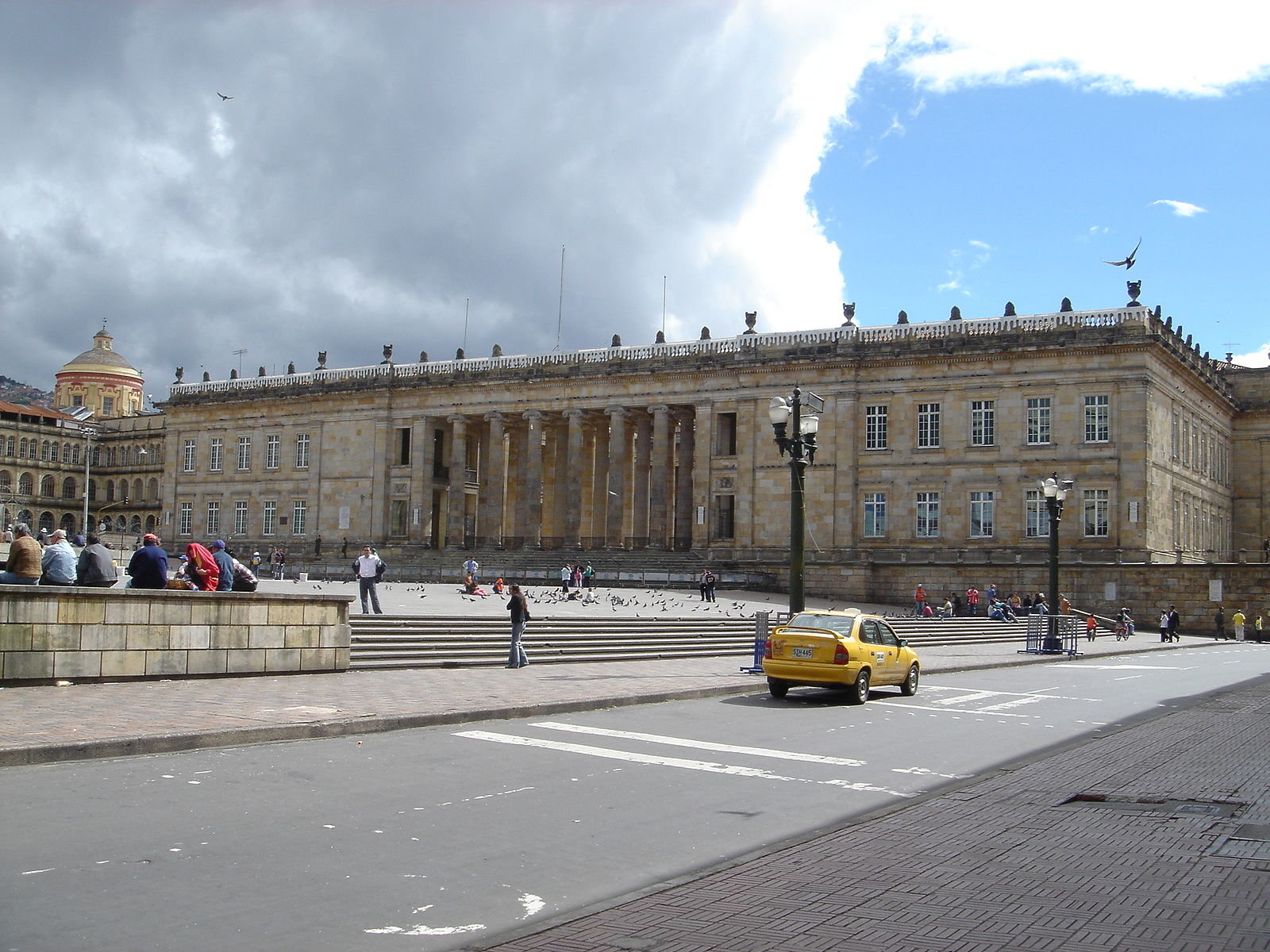 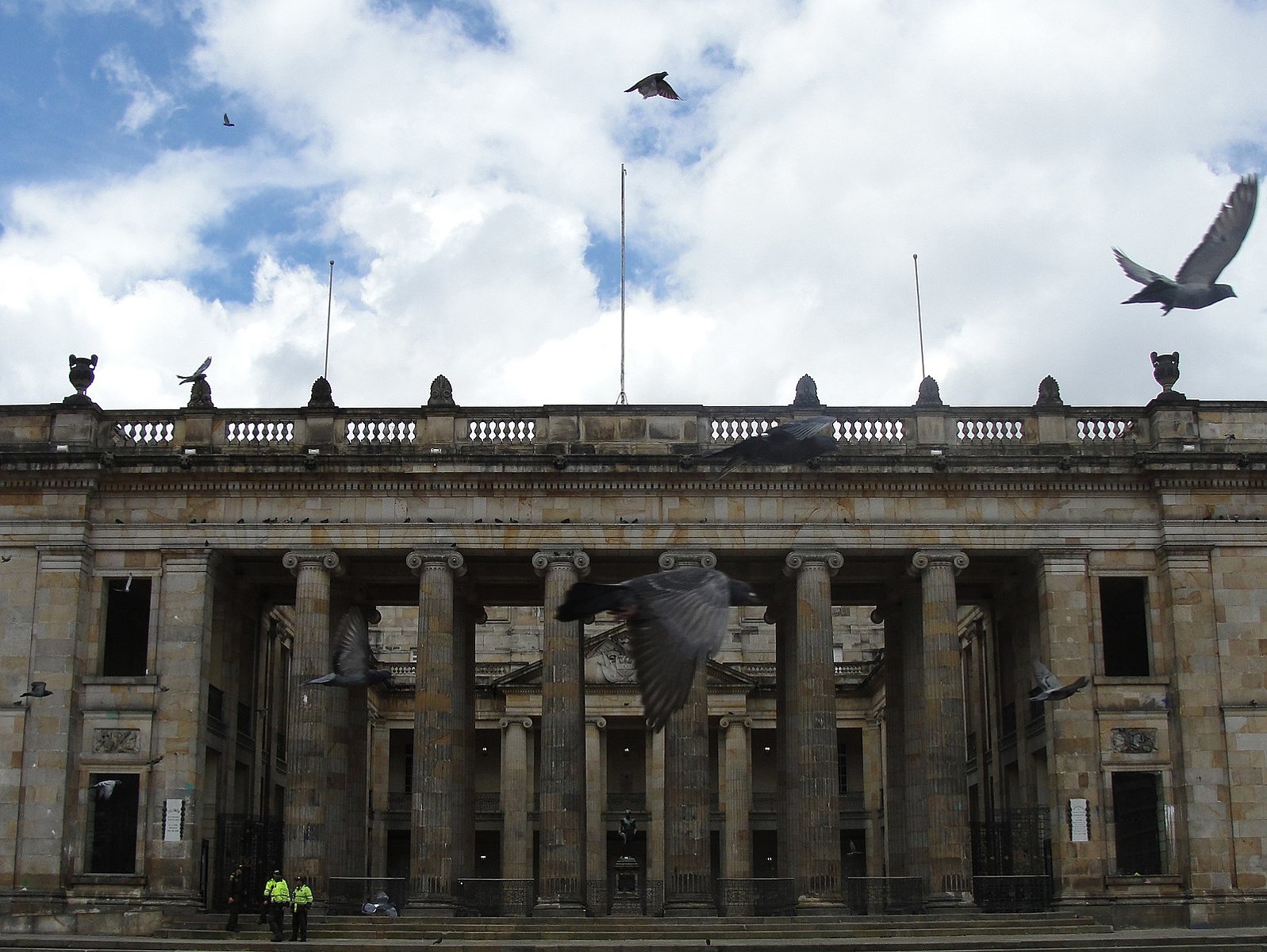 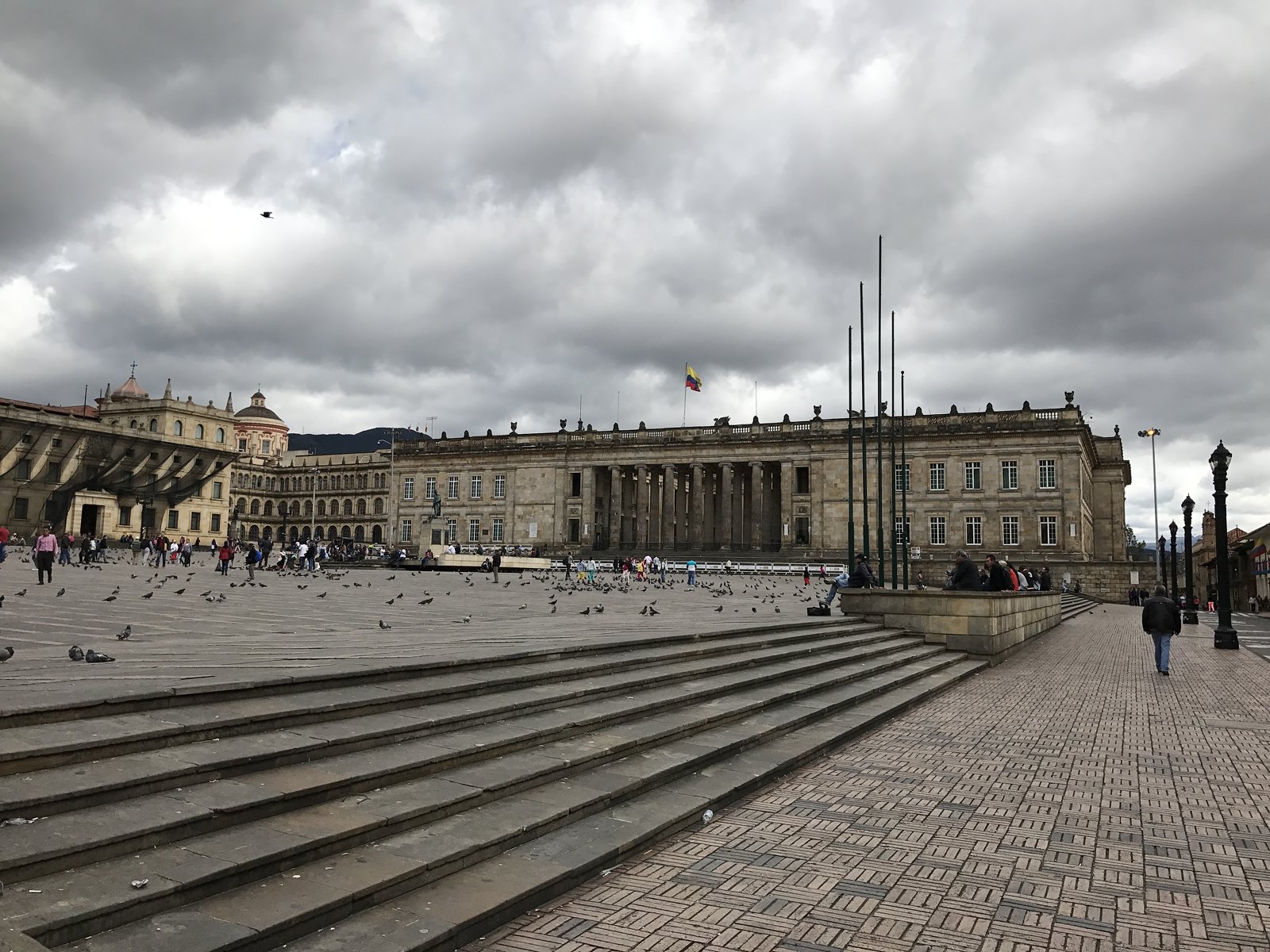 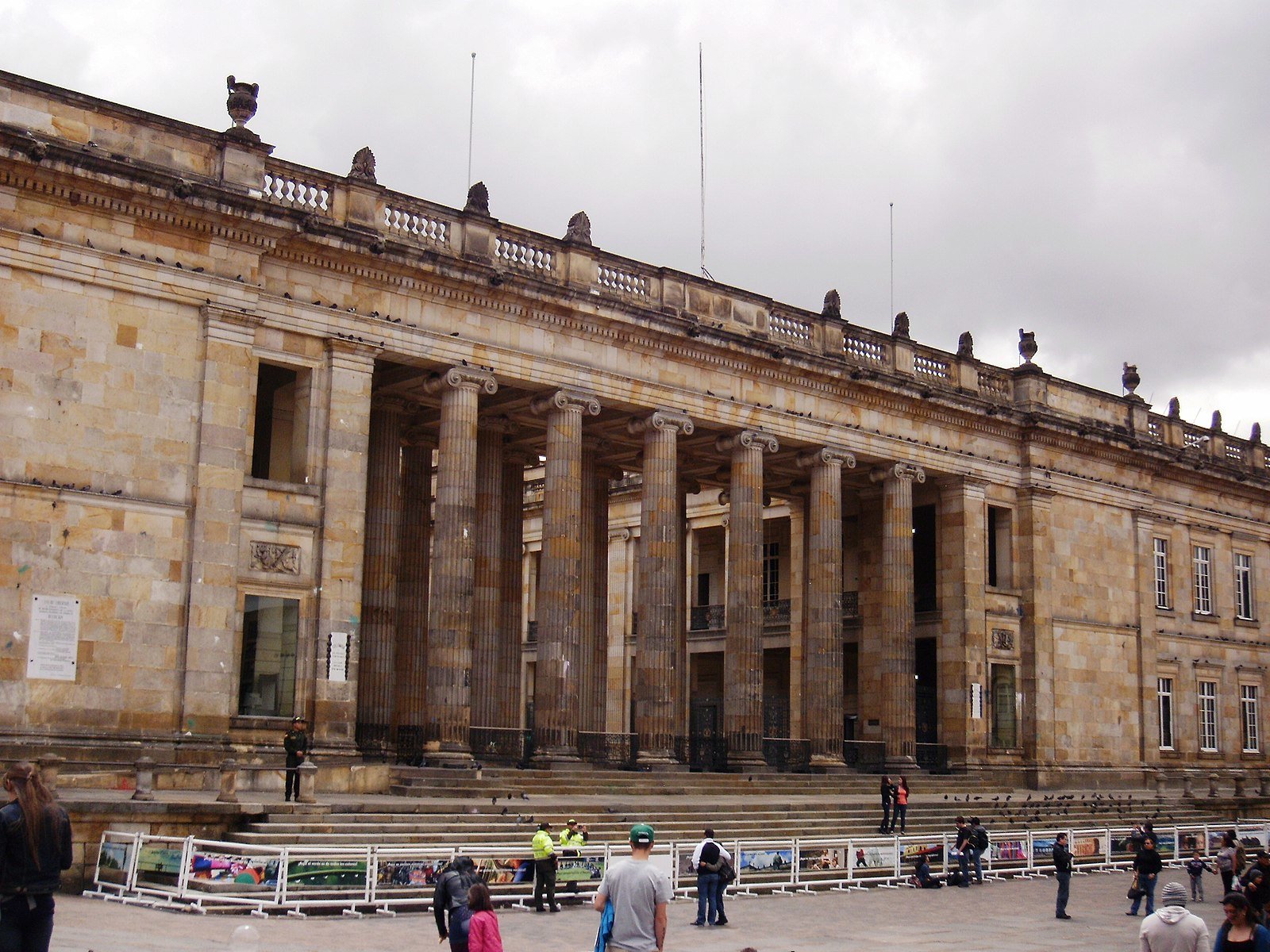 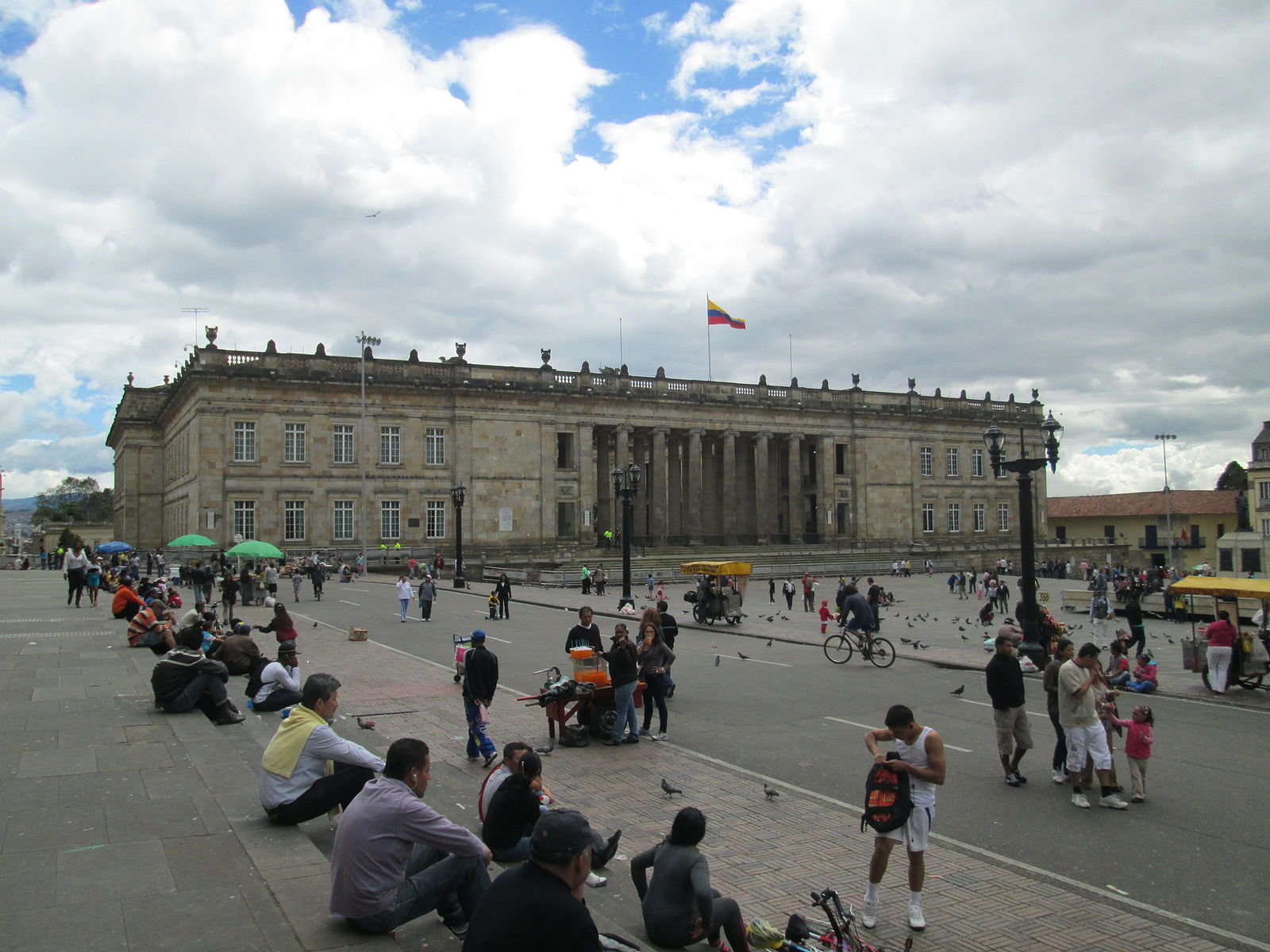 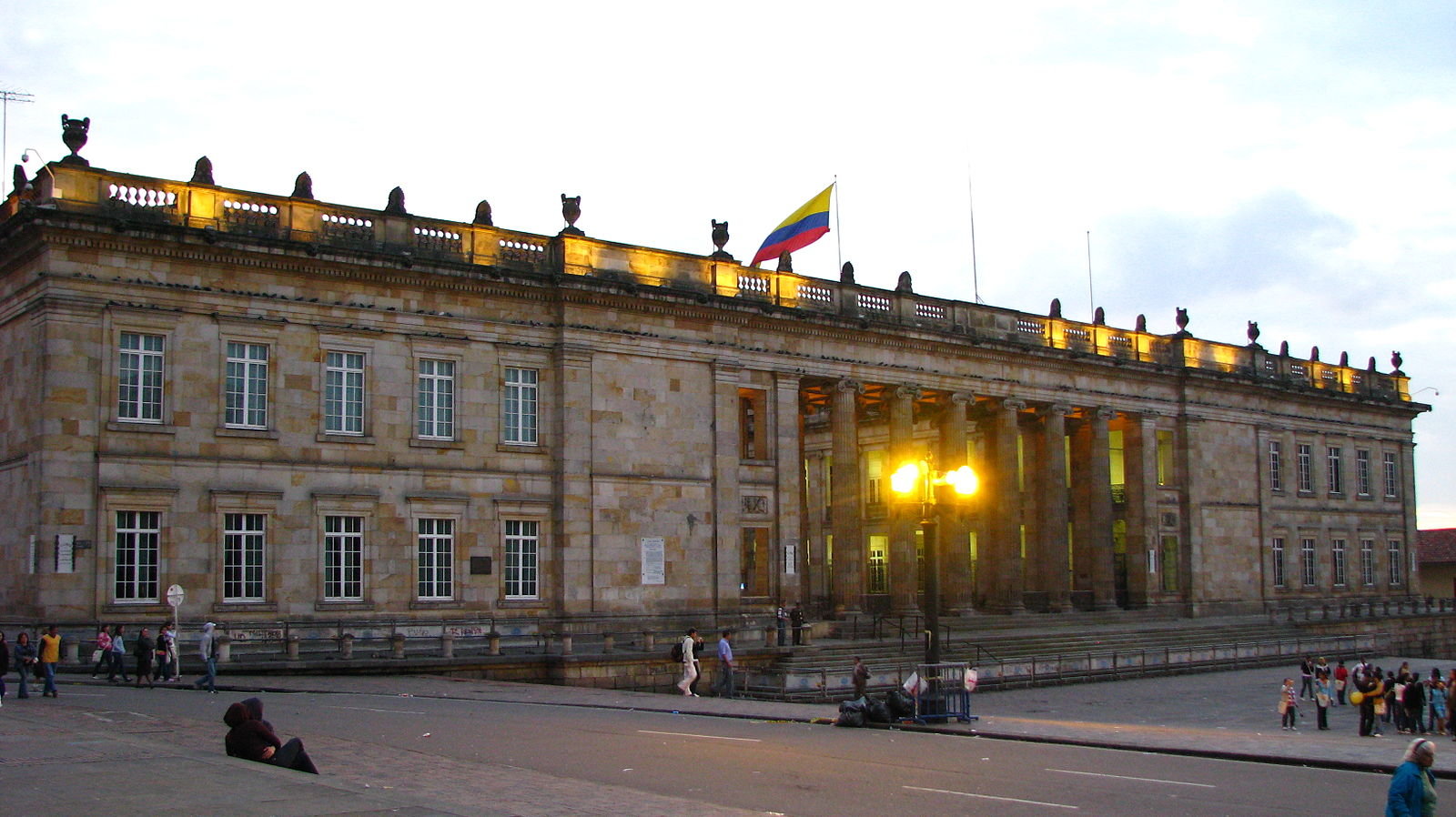 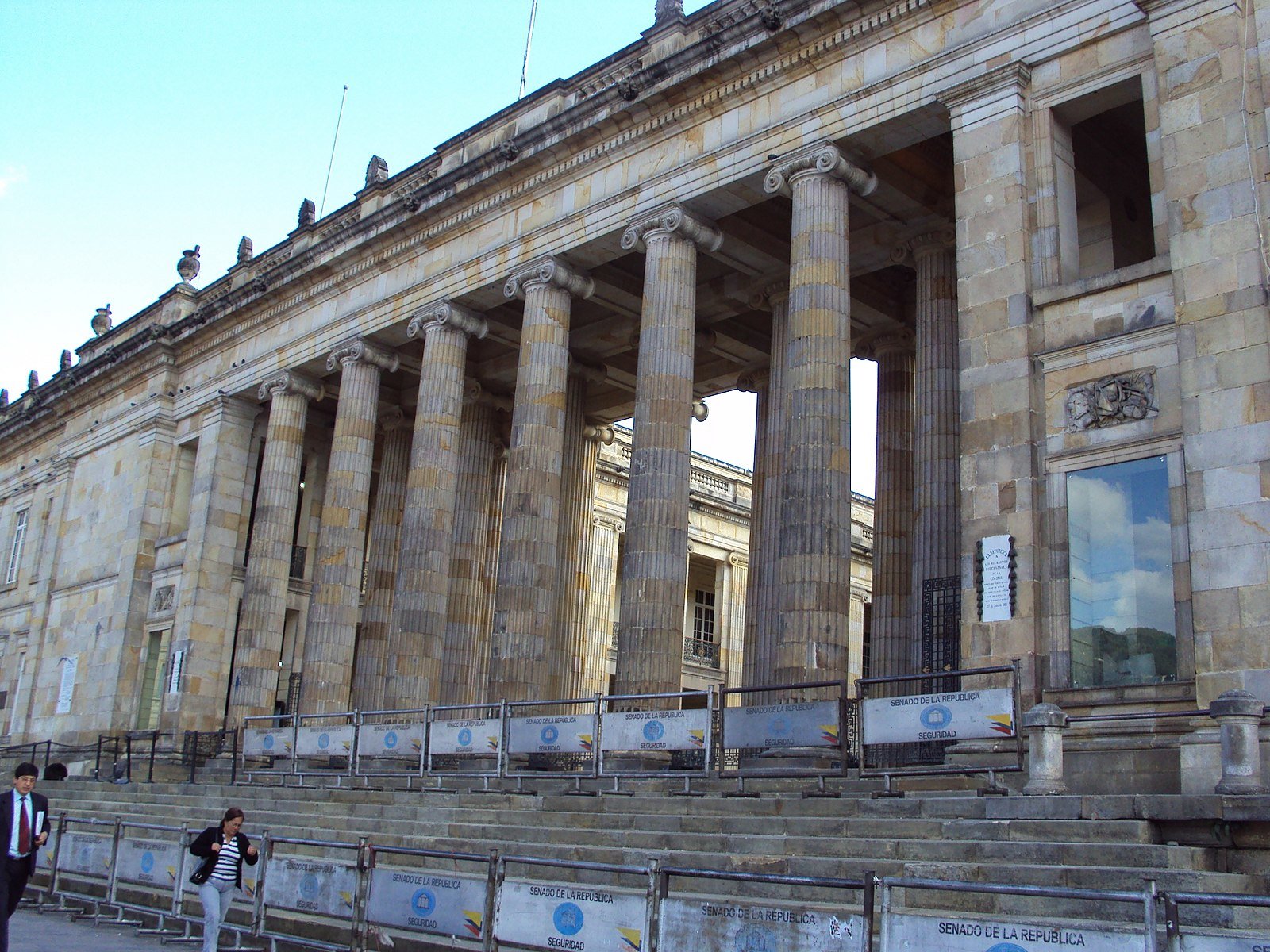 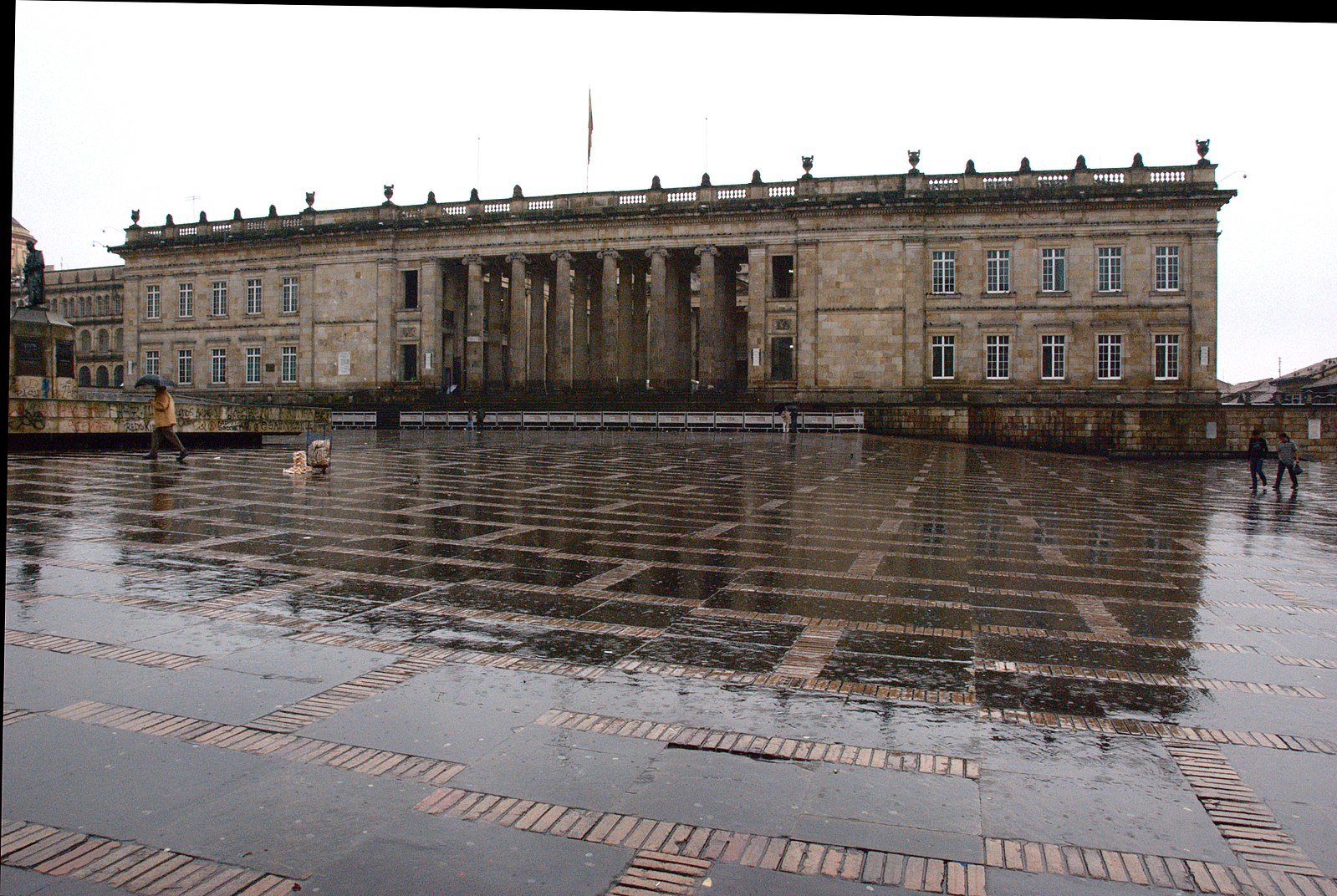 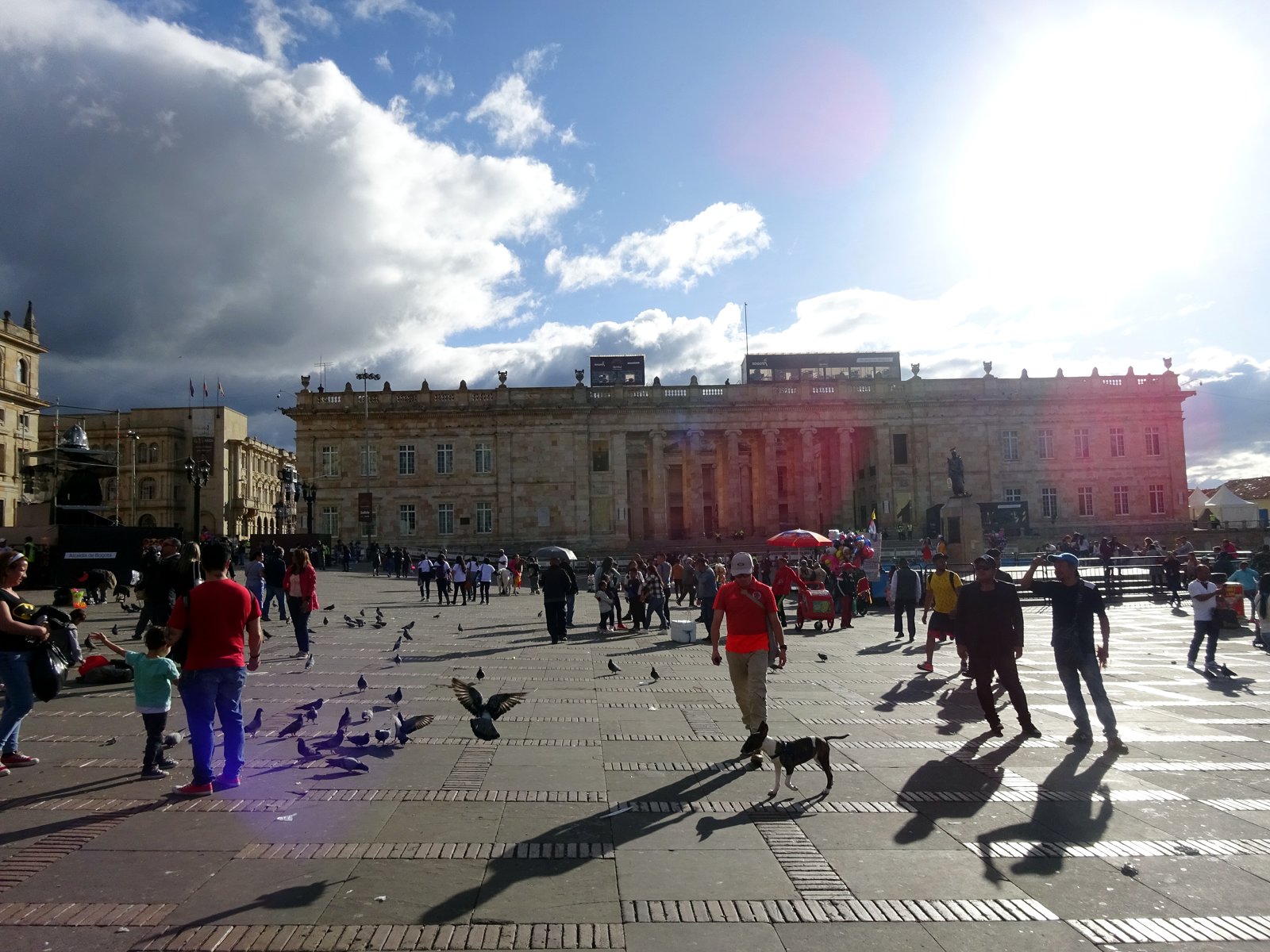 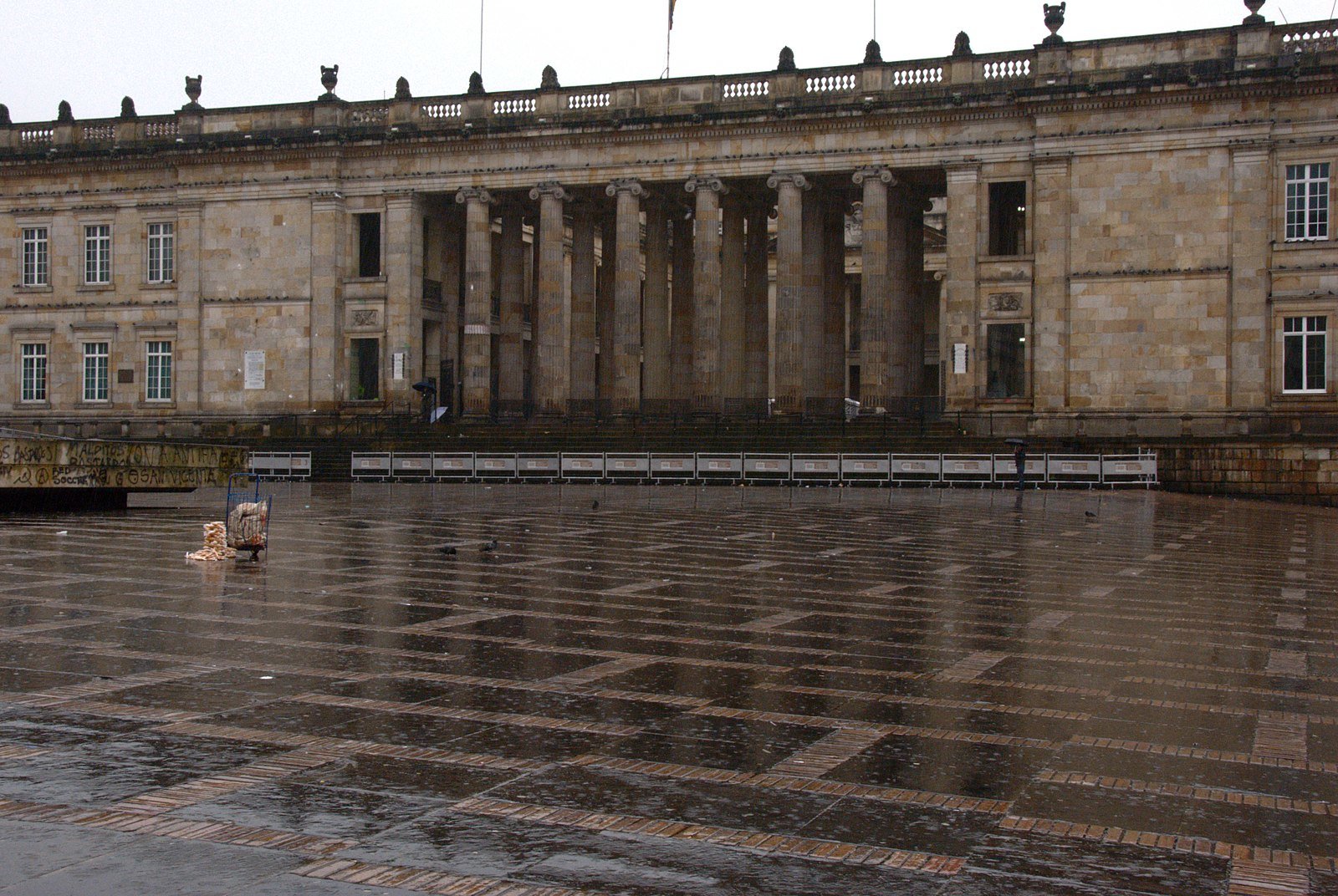 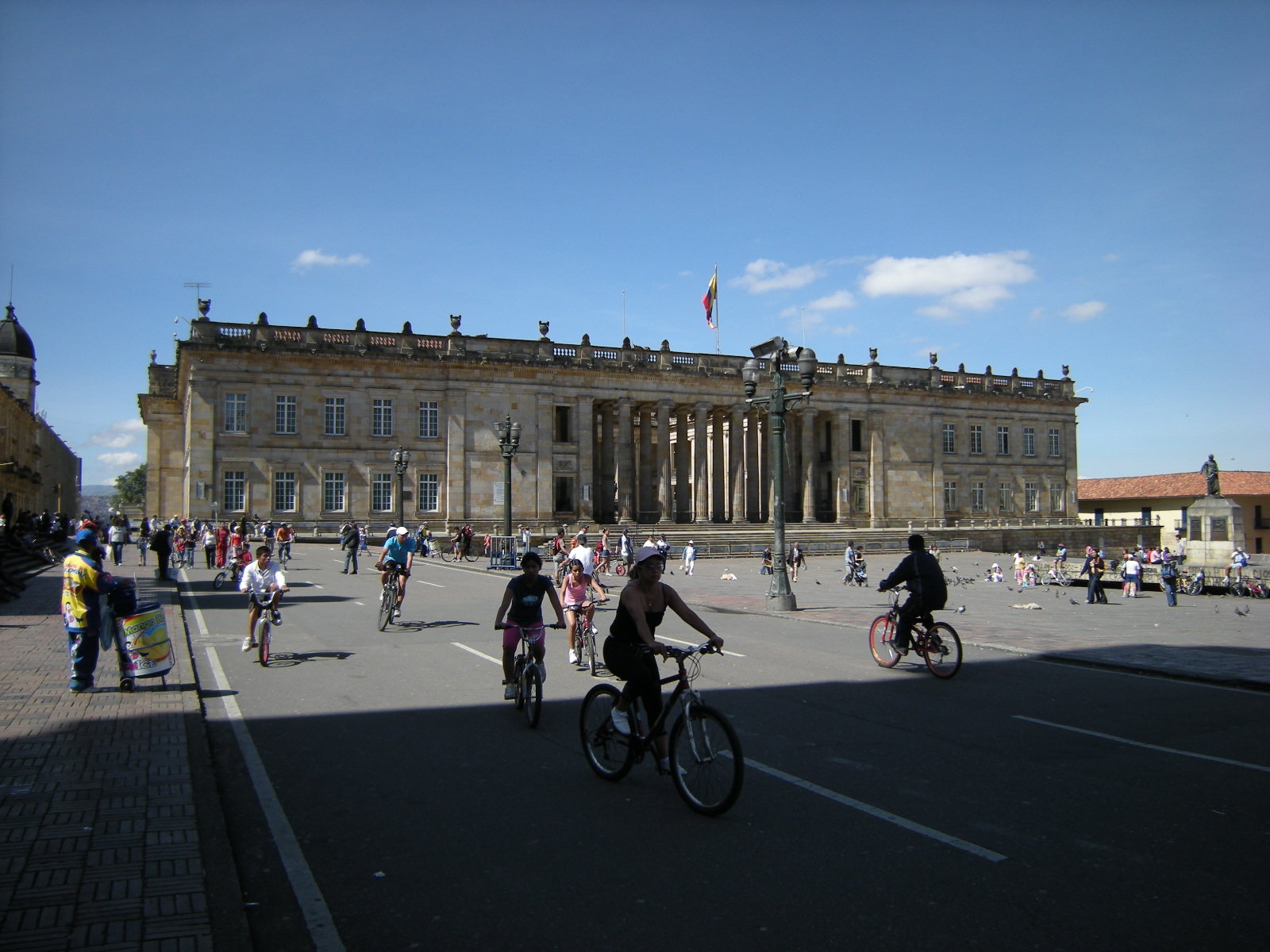 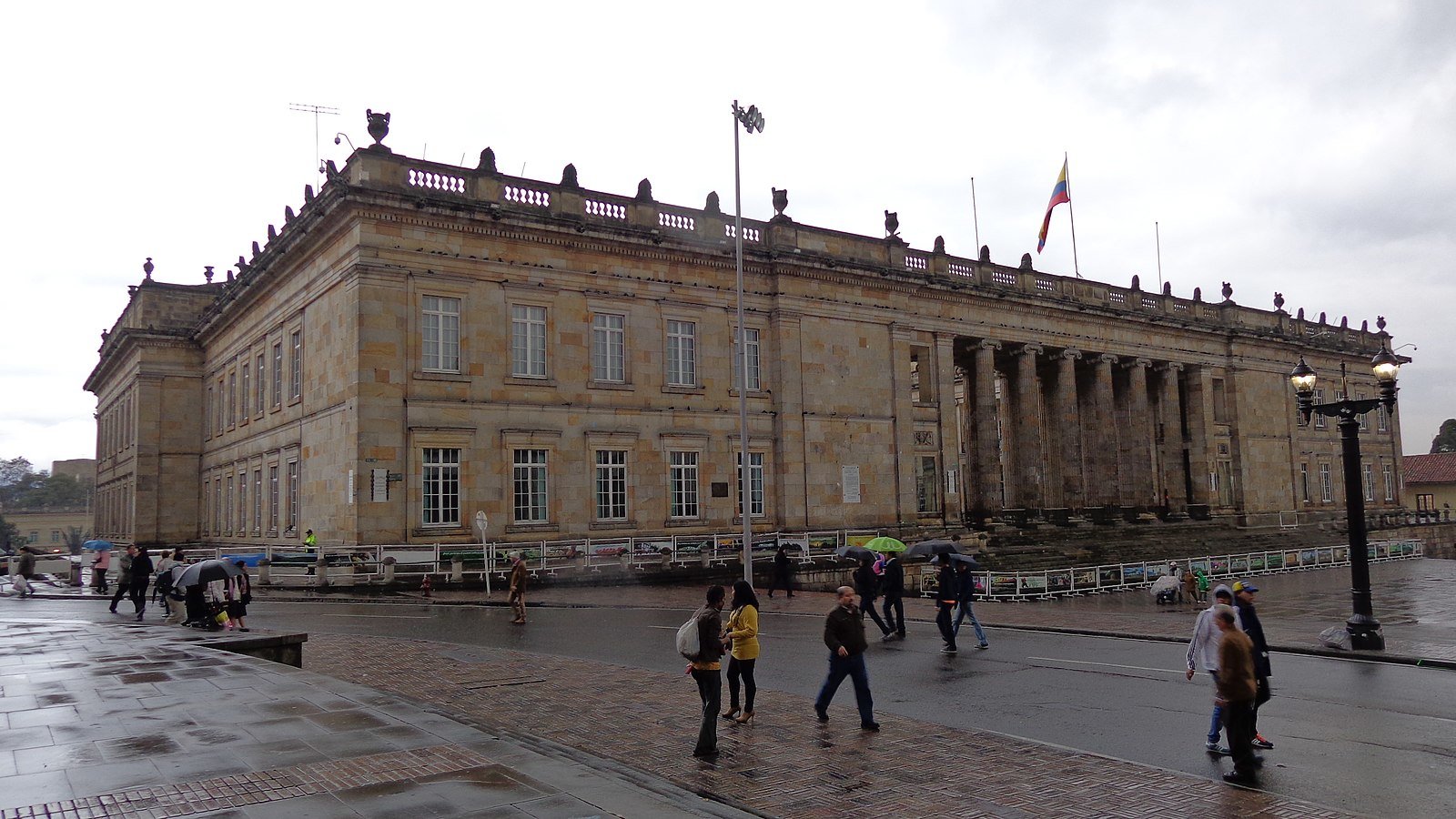 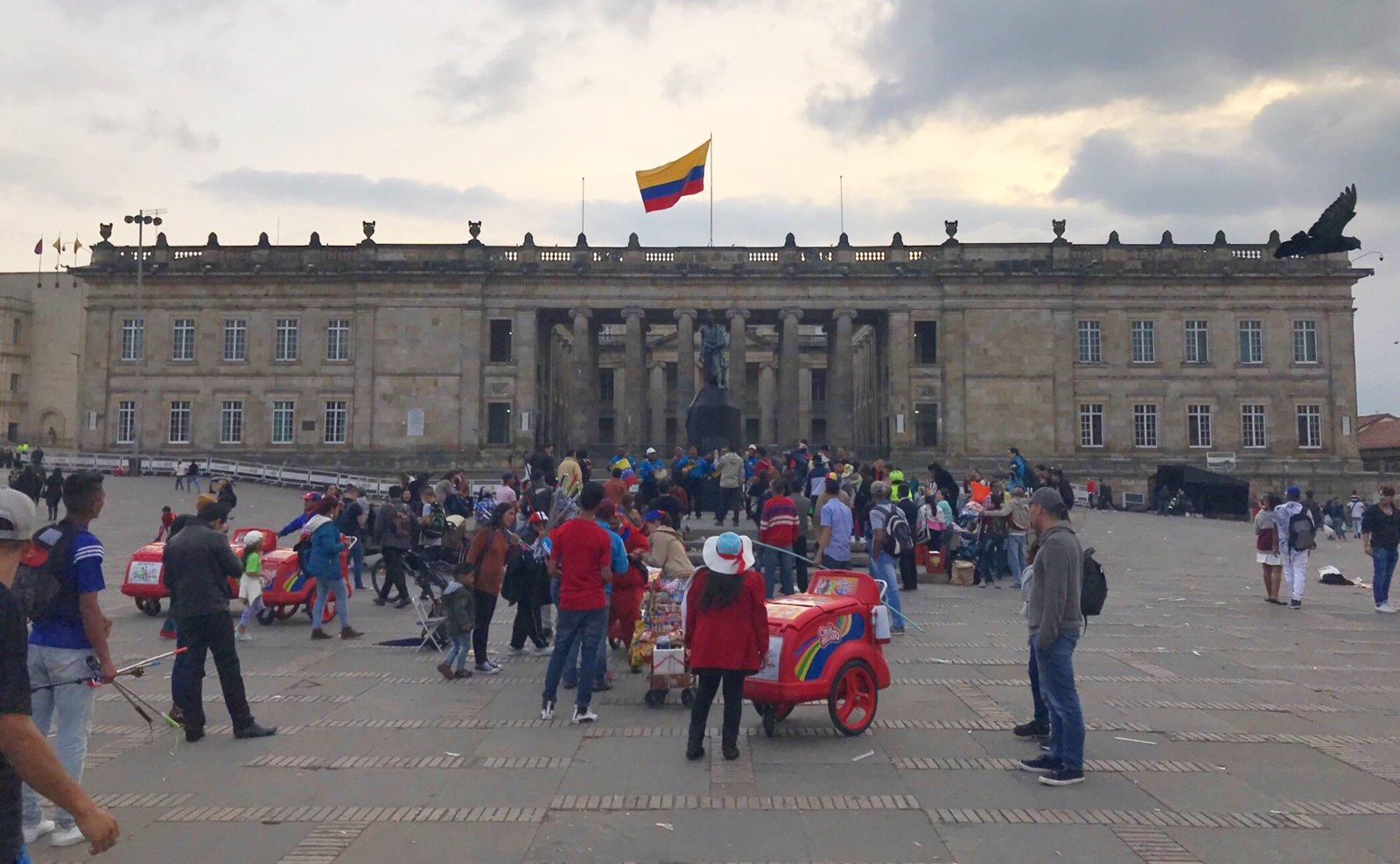 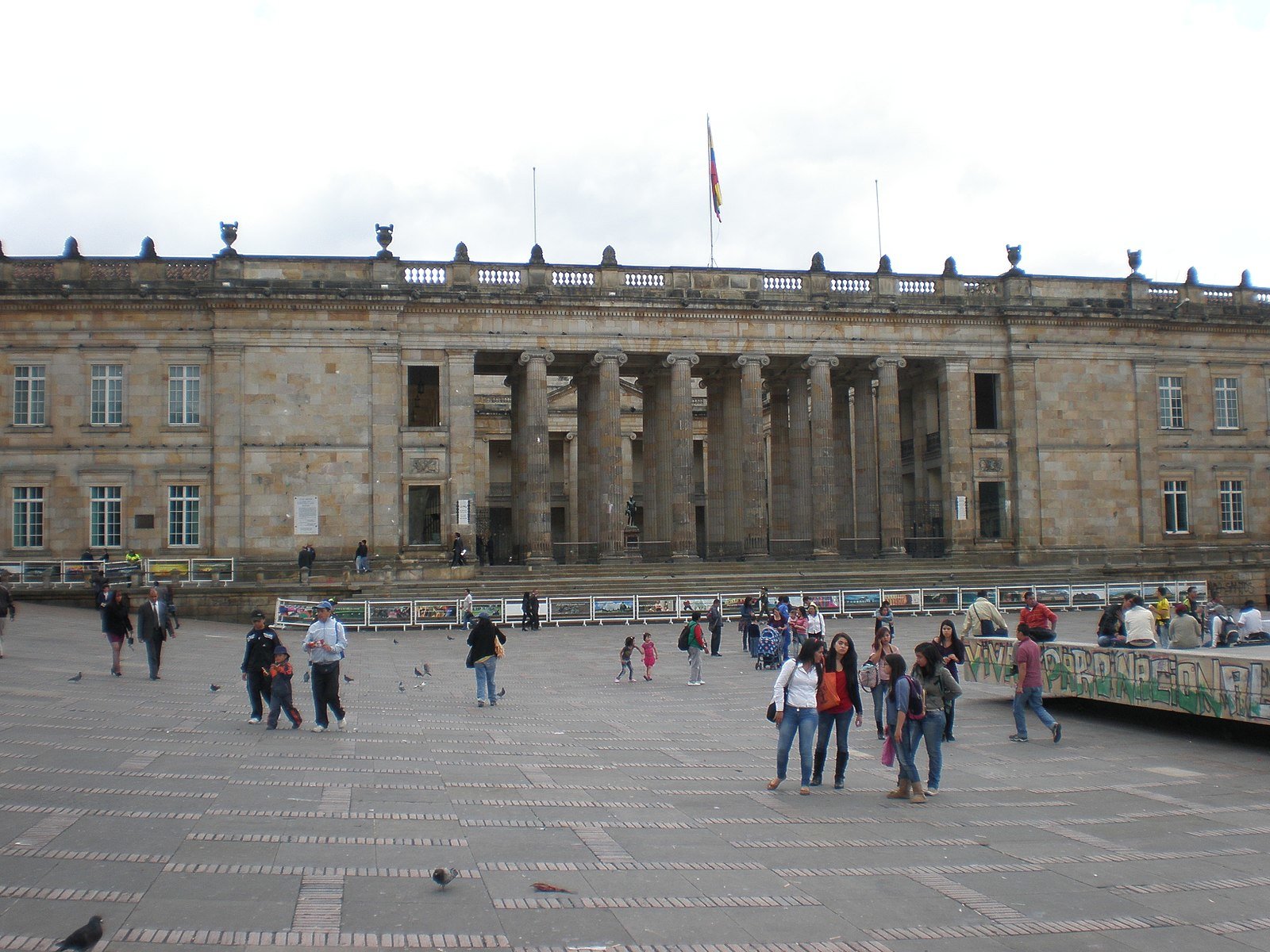 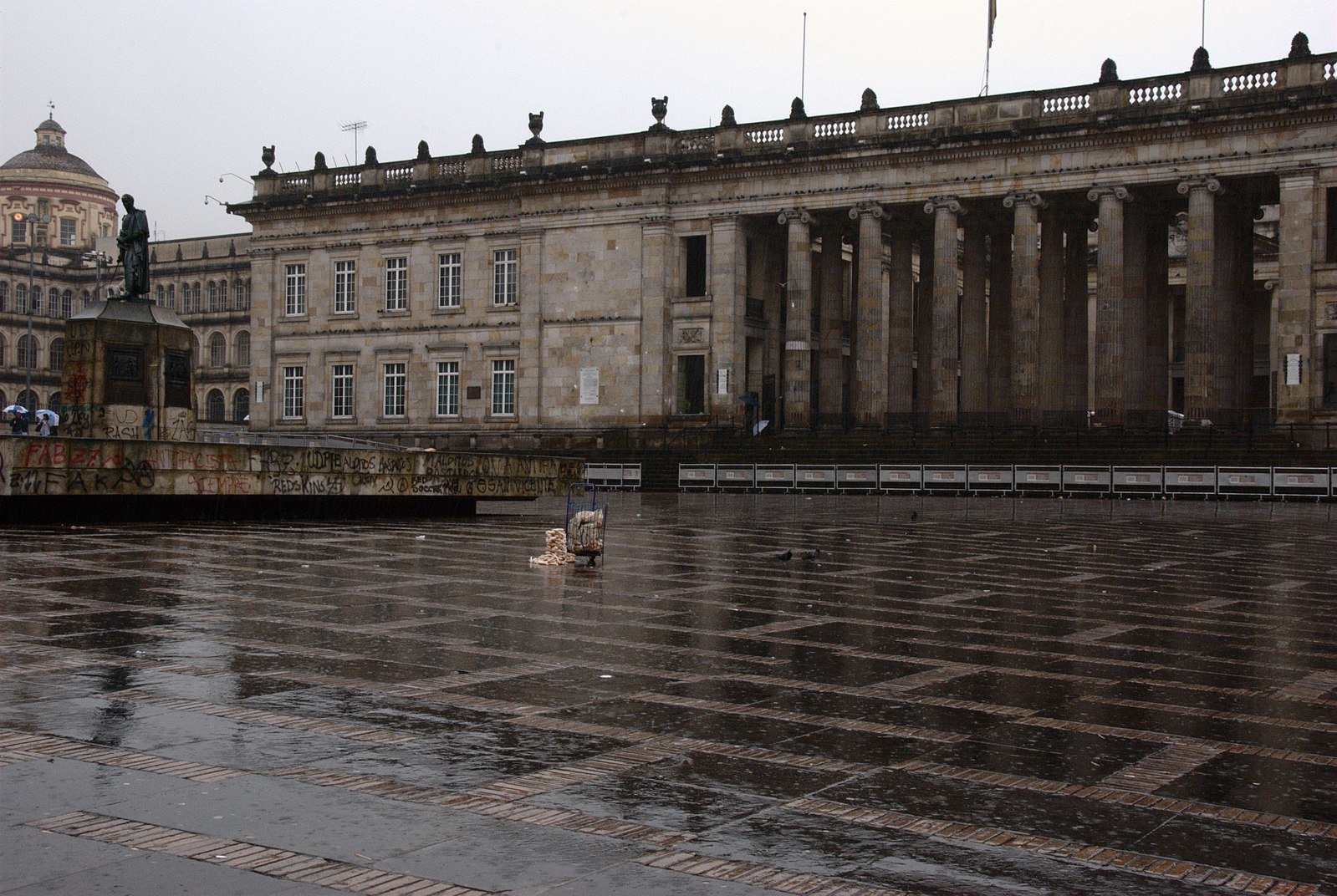 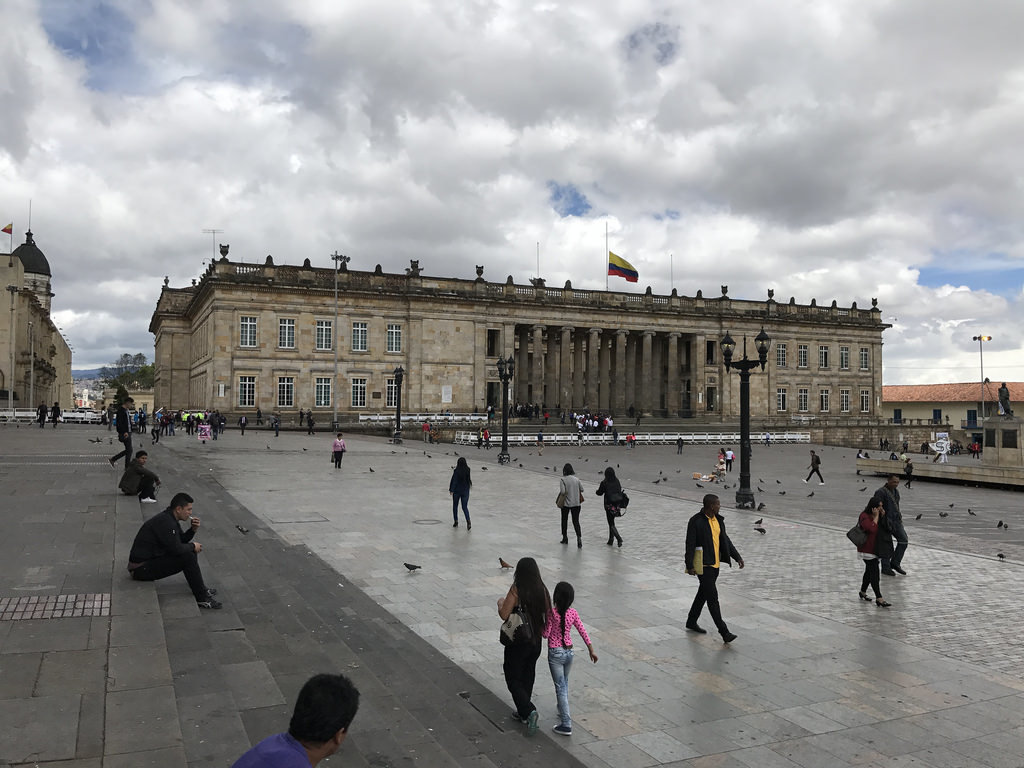