×
What are you looking for?
See all results
Lighthouses in Sagres 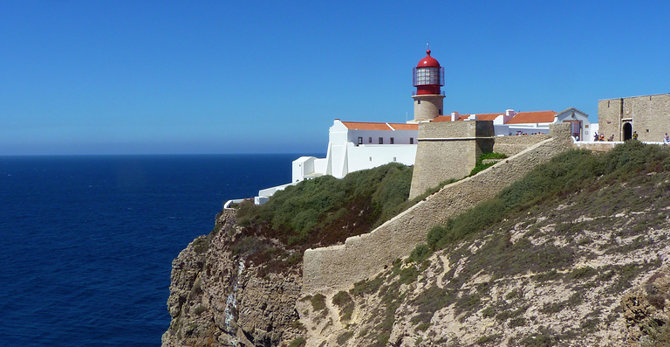 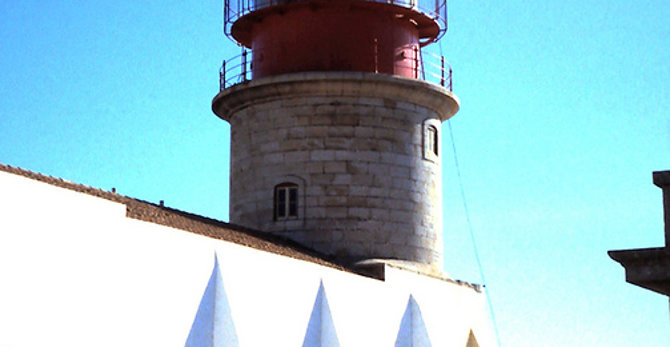 Cape St. Vincent (português. Cabo de São Vicente, Шаблон:IPA-pt), next to the Sagres Point, on the so-called Costa Vicentina (Vincentine Coast), is a headland in the municipality of Sagres, in the Algarve, southern Portugal.

This cape is the southwesternmost point in Portugal. It forms the southwestern end of the E9 European Coastal Path, which runs for Шаблон:Convert to Narva-Jõesuu in Estonia. Approximately six kilometers from the village of Sagres, the cape is a landmark for a ship traveling to or from the Mediterranean. The cliffs rise nearly vertically from the Atlantic to a height of 75 meters. The cape is a site of exuberant marine life and a high concentration of birds nesting on the cliffs, such as the rare Bonelli's eagle, peregrine falcons, kites, rock thrushes, rock pigeons, storks and herons.

Cape St.Vincent - The End of the World — BenW - Photons, git in here! @ Flickr

Cape St. Vincent was already sacred ground in Neolithic times, as standing menhirs in the neighborhood attest. The ancient Greeks called it Ophiussa (Land of Serpents), inhabited by the Oestriminis and dedicated here a temple to Heracles. The Romans called it Promontorium Sacrum (or Holy Promontory). They considered it a magical place where the sunset was much larger than anywhere else. They believed the sun sank here hissing into the ocean, marking the edge of their world.

According to legend, the name of this cape is linked to the story of a martyred fourth-century Iberian deacon St. Vincent whose body was brought ashore here. A shrine was erected over his grave; according to the Arab geographer Al-Idrisi, it was always guarded by ravens and is therefore named by him كنيسة الغراب (Kanīsah al-Ghurāb, meaning "Church of the Raven"). King Afonso Henriques (1139–1185) had the body of the saint exhumed in 1173 and brought it by ship to Lisbon, still accompanied by the ravens. This transfer of the relics is depicted on the coat of arms of Lisbon. The area around the cape was plundered several times by pirates from France and Holland and, in 1587, by Sir Francis Drake. All existing buildings—including the Vila do Infante of Henry the Navigator--fell into ruins because of the Lisbon earthquake of 1755. The Franciscan friars who cared for the shrine stayed on until 1834, when all monasteries were disbanded in Portugal.

Several naval battles were fought in the vicinity of this cape:

The present lighthouse was built over the ruins of a 16th century Franciscan convent in 1846. The statues of St. Vincent and St. Francis Xavier had been moved to the nearby church of Nossa Senhora da Graça on Point Sagres.

This lighthouse, guarding one of the world's busiest shipping lanes, is among the most powerful in Europe (the most powerful being on the French island of Ushant, off the coast of Brittany); its two 1,000 W lamps can be seen as far as 60 kilometers away.

On 12 February 2007, an earthquake of magnitude 5.8 on the Richter scale struck about 160 kilometers east of the cape.

Vadim I
Really picturesque view from the point! Good parking with plenty of free spaces at any time + small Lighthouse museum and free excursion each Wednesday (three times a day). I also recommend you to visit nearby WW I Fort!

Simone d
Cabo de São Vicente, situated near Sagres, is the most south-western point of the European continent. The lighthouse is very nice and you can get your "Letzte Bratwurst vor Amerika" over there!

Fortaleza de Sagres is a tourist attraction, one of the Forts in

Add to wishlist
I've been here
Visited
Fort of Almádena

Praia da Bordeira is a tourist attraction, one of the Beaches in

Praia da Luz (Portuguese pronunciation: ], 'Beach of Light') is a

Add to wishlist
I've been here
Visited
Fort of Arrifana

Aljezur Castle is a castle in Aljezur, Faro district in southern 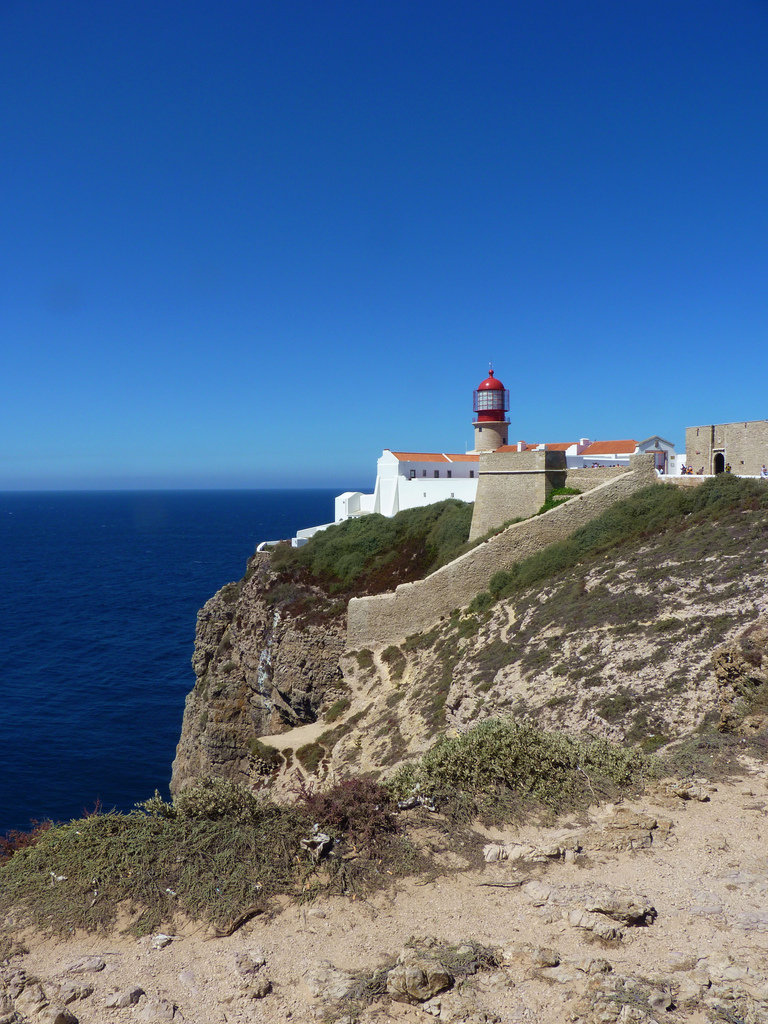 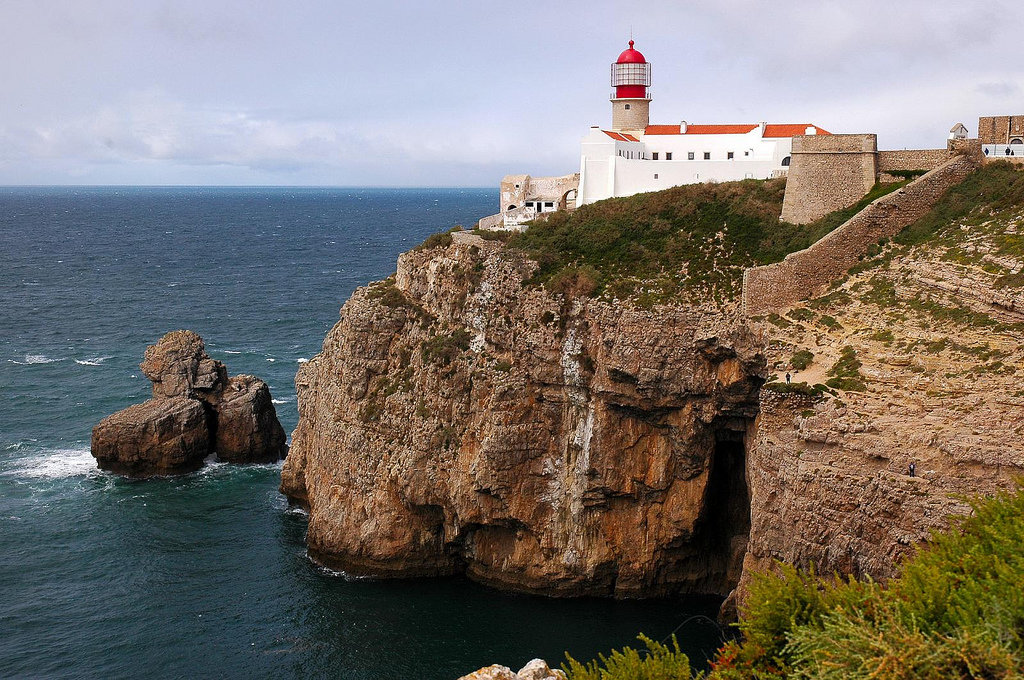 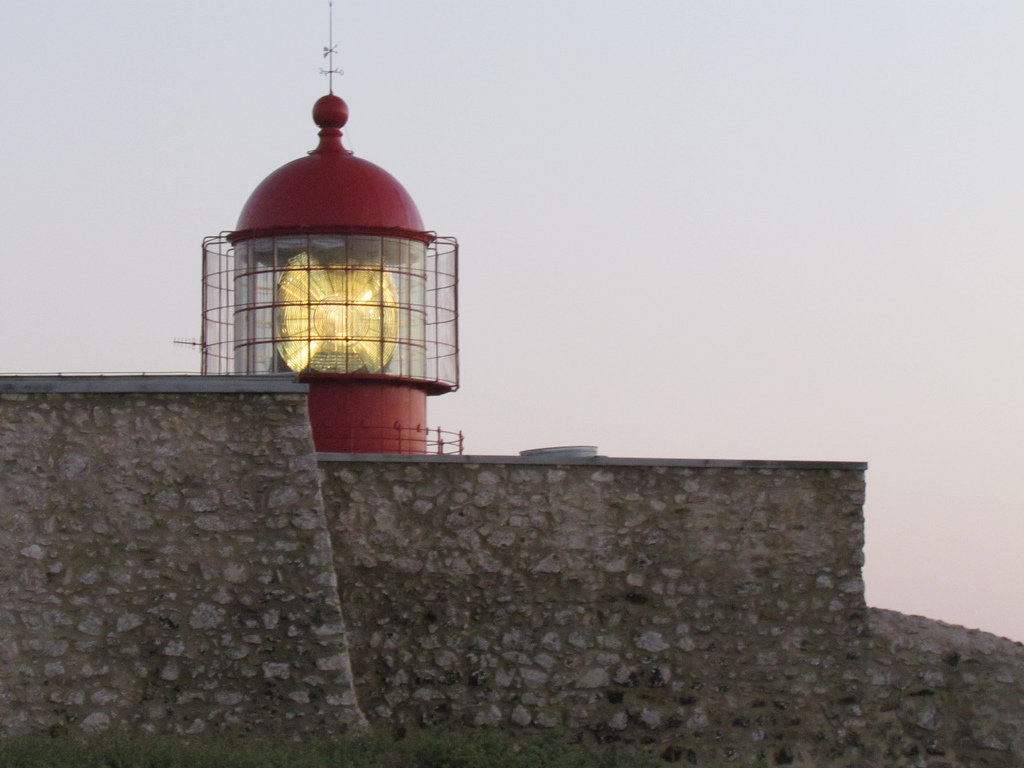 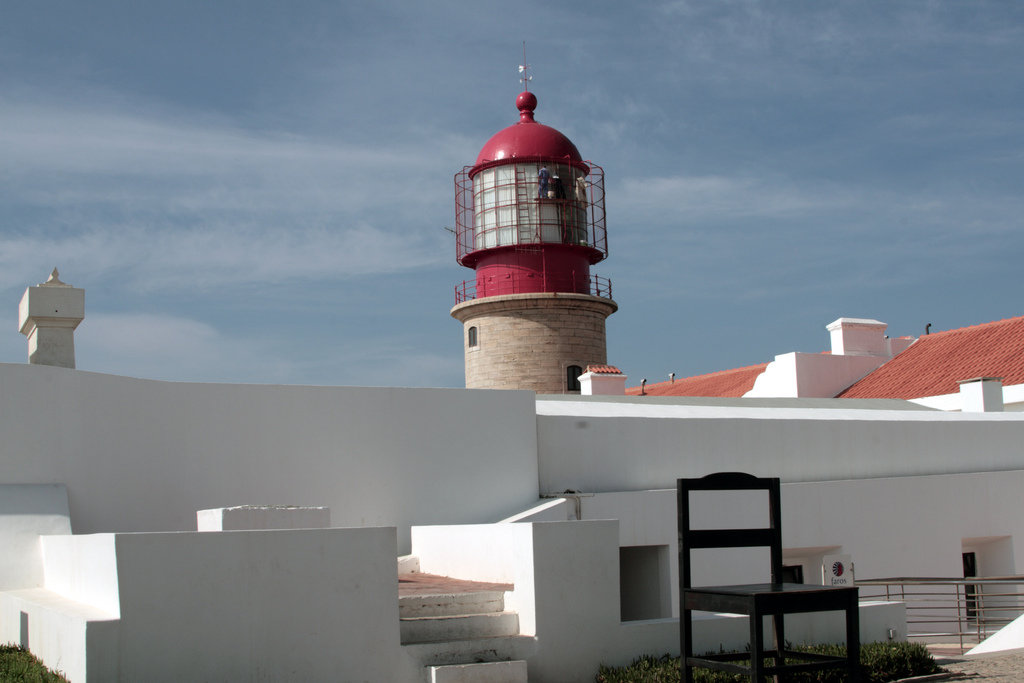