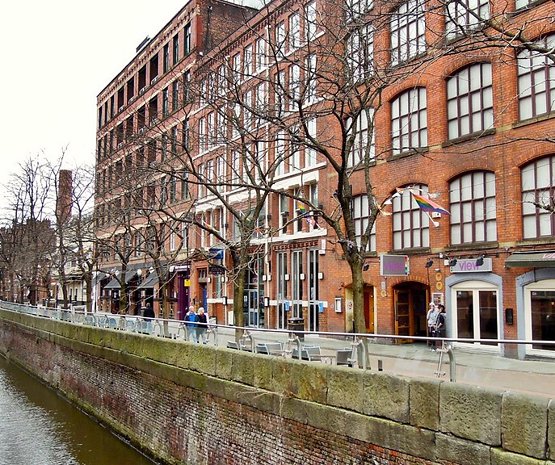 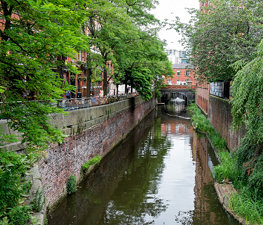 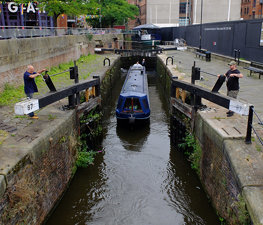 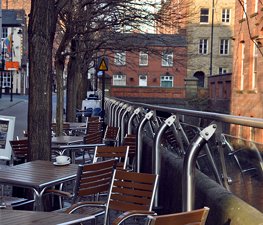 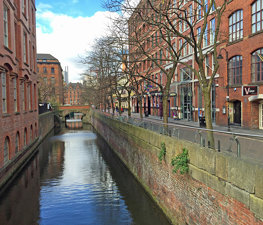 Canal Street, the centre of the Manchester Gay Village, is a street in Manchester city centre in North West England. The pedestrianised street, which runs along the west side of the Rochdale Canal, is lined with gay bars and restaurants. At night time, and in daytime in the warmer months, the street is filled with visitors, often including gay and lesbian tourists from all over the world. The northern end of the street meets Minshull Street and the southern meets Princess Street; part of the street looks across the Rochdale Canal into Sackville Park.

Canal Street developed when the Rochdale Canal was constructed in 1804, a trade artery running through the city. Pubs and other businesses evolved to service the users of the canal, especially the people stopping at the lock nearby.

Not until the 20th century, however, did the area first begin to be properly associated with gay people. By the 1960s, usage of the canal had greatly declined due to competition from other methods of transport. Whilst assuming the form of an industrial area full of cotton factories, by night the area was a red-light district. With the collapse of the cotton industry in Northern England, the area suffered urban decay. The area along the canal was perfect for gay men to meet clandestinely as it was dark and unvisited, but was near to good transport links such as Oxford Road and Piccadilly railway stations.

In the 1980s, James Anderton, Chief Constable of Greater Manchester, accused gays of "swirling in a cesspit of their own making" and, according to Beatrix Campbell, "encouraged his officers to stalk its dank alleys and expose anyone caught in a clinch, while police motorboats with spotlights cruised for gay men around the canal's locks and bridges". James Anderton when questioned about the policing of the Canal Street area denied that he was motivated by anti-gay prejudice and was merely enforcing the law on sexual activity in public toilets. The Greater Manchester Police under his leadership ran a strict licensing regime for bars and nightclubs in the central Manchester area. Anderton retired in 1991.

The opening of Manto in 1990 was regarded as a catalyst for the development of many of the current style of bars and clubs in the Village. Manto was created when Carol Ainscow, a gay property developer, alongside her business partner Peter Dalton, bought a garage repair building on Canal Street. The building was the first in the area to be clad with large plate glass windows; Ainscow stated, "I felt sick of having to knock on doors and hide". Despite this, Ainscow stated that the for the first six months of business, Manto was continually losing money due to people's fear of being seen in there.

Another catalyst for the expansion in the 1990s was its official recognition by Manchester City CouncilШаблон:Citation needed. Following the passing of a number of non-discrimination policies on the grounds of sexuality in the late 1980s, the council was pioneering work in the advancement of lesbian and gay rights (along with a HIV/AIDS unit, sympathetic press and marketing officers like Chris Payne and Tony Cross, an 'Equality Group' which appointed lesbians' and gay men's officers, including Paul Fairweather, Marcus Woolley, Chris Root, Maggie Turner, Terry Waller and Mark Ovenden) and many key departments like Libraries, Children's Services and Housing), much official emphasis was placed on strengthening the community element of the Village. This included major support for the Mardi Gras and purchase of the Sackville Street Gardens in 1990 and becoming the first UK council to support civil partnerships.

The Village has been unified by issues regarding the gay community, such as Section 28 in the run-up to it becoming law in 1988 and subsequently. Ian Wilmott, a gay Labour councillor said, " Section 28 was such a monstrous attack on civil liberties that hundreds of campaigners came together to oppose it. People were feeling besieged. We had no homeland, no part of the city. We needed somewhere ... It had to be more than a club. We willed the village into existence." Additionally, raising awareness over the HIV/AIDS threat to the community have been "integral to bringing the village together", according to John Hamilton, chair of the Village Business Association.

The centre of the Gay Village

This focus led to several of the pubs on or near Canal Street acquiring a predominantly gay clientele. In 1991 Manto (Manchester Tomorrow) bar opened at no. 46. It was built in 1989 by Benedict Smith Architects. Unlike the other gay bars at that time, Manto had large glass windows, allowing the casual passer-by to view what was going on inside. Previously many establishments catering for the gay community were often keen to conceal activities from the general public, but the architectural design of Manto was seen as a queer visual statement "we're here, we're queer – get used to it". A brick-and-mortar refusal to hide any more, to remain underground and invisible.

This success led to a number of problems however. Canal Street's portrayal on several popular television programmes, the opening of a number of chain bars, and the resultant influx of "straight" drinkers led to tension with its existing clientele. Some bars on Canal Street tried to keep straight people out, and were questioning customers at the door to test them for their "gayness". A boycott was launched of the new Slug and Lettuce bar by the gay community because of the chain's refusal to support the Gay Pride festival, which eventually led to its closure. The bar was bought out and re-opened as Queer.

By 2006, concerns were being raised about falling revenues in the bars on Canal Street. In a recent article in 2013 by Amy Lofthouse of Mancunian Matters a community based web newspaper and webzine explores the change within canal street she states: "For more than 20 years Canal Street has been viewed as the centre of the gay community in Manchester… but campaigners want to ensure dangerous stereotypes of it being a 'gay ghetto' are left behind. With clubs, pubs and restaurants, the village has also become the focus of many a night out for students, hen parties and friends on a weekend away. This change however has not been welcomed by everyone on the street. Earlier in the year there was controversy over club door policies and there were fears that Canal Street’s role in the LGBT community was being diluted. Nowhere was the change in the Street shown more starkly than with the closure of Manto in October 2013. Manto was one of the most iconic bars in the area, having been a fixture on the street for 22 years". Lofthouse interviewing Amelia Lee of LGBT Youth North West feels that Canal Street is over-emphasised as an all-encompassing gay area. “It’s more for hen-do events than for LGBT people,” she said. “I think it has grown too big and now needs to readjust and diversify to cater for more needs of the LGBT community.”. This change in the types of clientele attending or moving in and out of the area in recent years is believed to have led to a number of Homophobic attacks such as the one on Simon Brass, who was thrown into the canal and left to drown by a gang of muggers in June 2013. His body was not found in until October 2013; the perpetrators have since been jailed for the offence. In February 2015 leading gay activist Peter Tatchell added his voice to the debate about the changing nature of the area in the Manchester Evening News he added "It would be very wrong if there were unilateral attempts to change its character. I am all in favour of it evolving but it has to be with the agreement of the LGBTI community. As a society the need for specific gay districts may decline but we are not there yet. “It would be a backward step to de-gay Canal Street."

Iain Scott
Taking a bit of a battering lately.Still unique though and remains the envy of most outlying communities..

Visit Manchester
The Village…it’s The Great British Bear Bash-exciting events going on and lots of handsome, hirsute and jolly men!

Red Berry
£1.5 pints Monday to Thursday. Be careful with prices Friday and Saturday though

Alina Maatjes-Siletskaya
Well, like the name suggests. Feels like a mixture of dodginess and celebrating life as freedom. Fun place, and apparently some good partying.

The Gay Village on Foursquare

Hollywood is a district in Los Angeles, situated west-northwest of 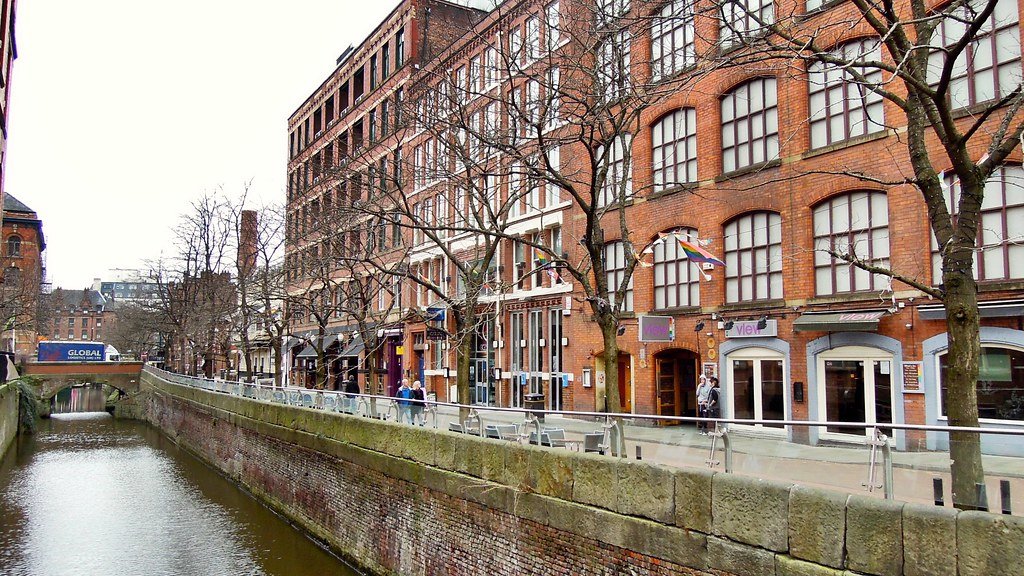 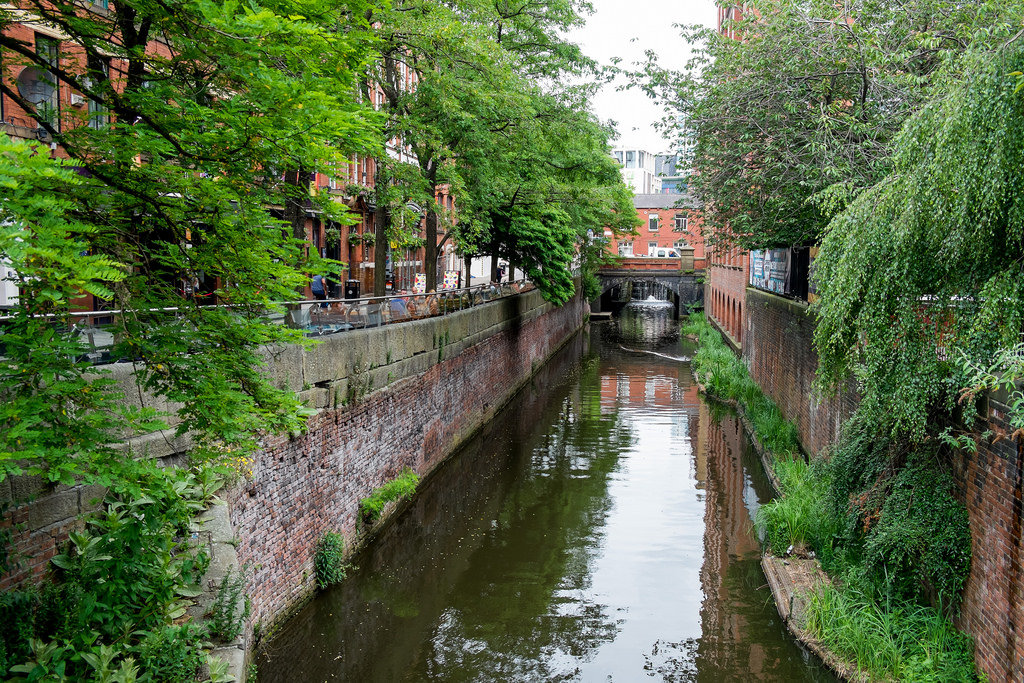 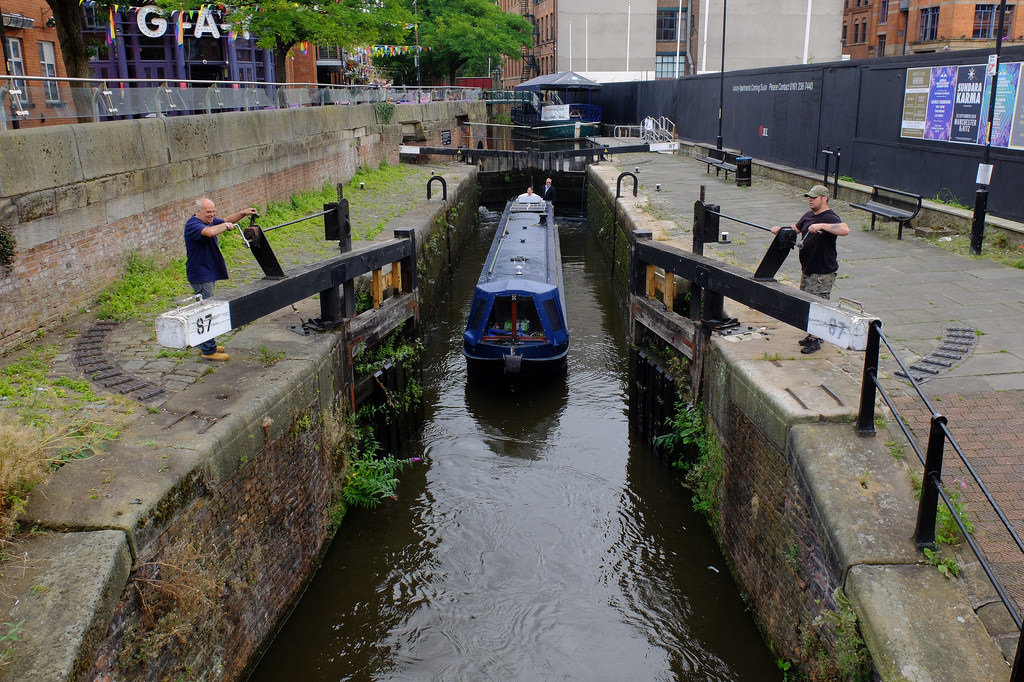 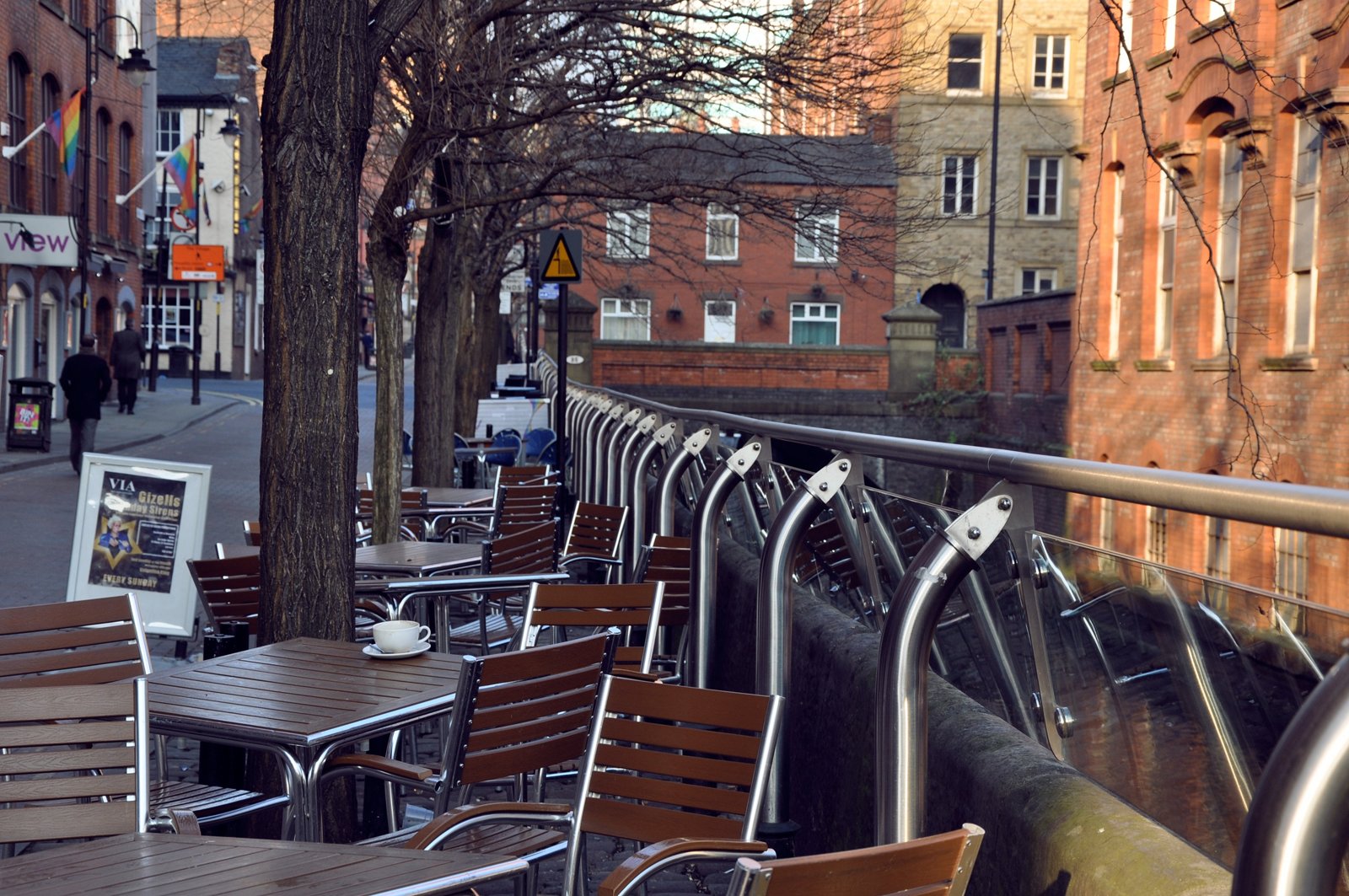 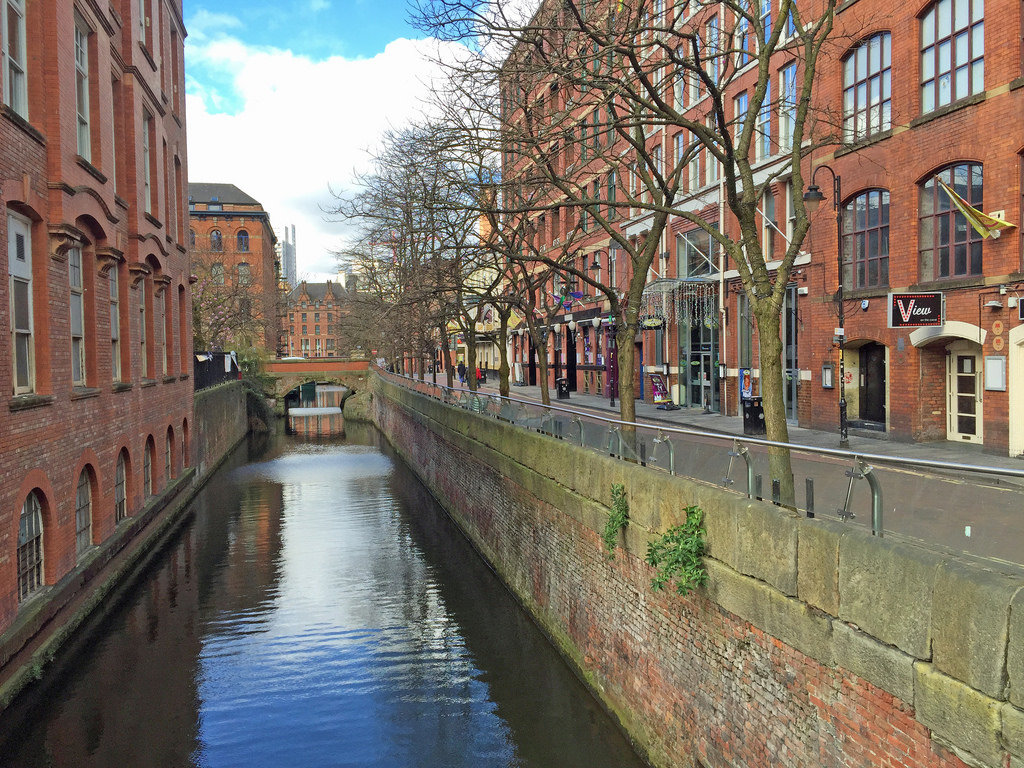 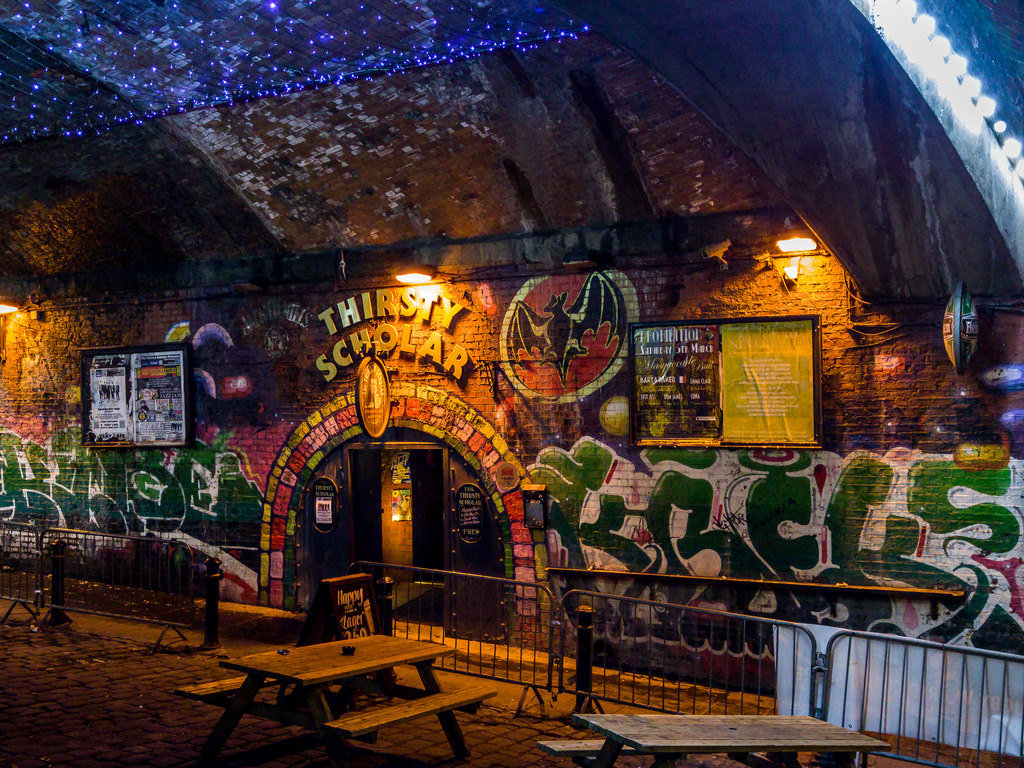 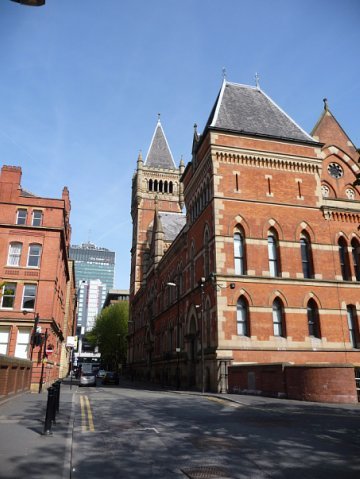 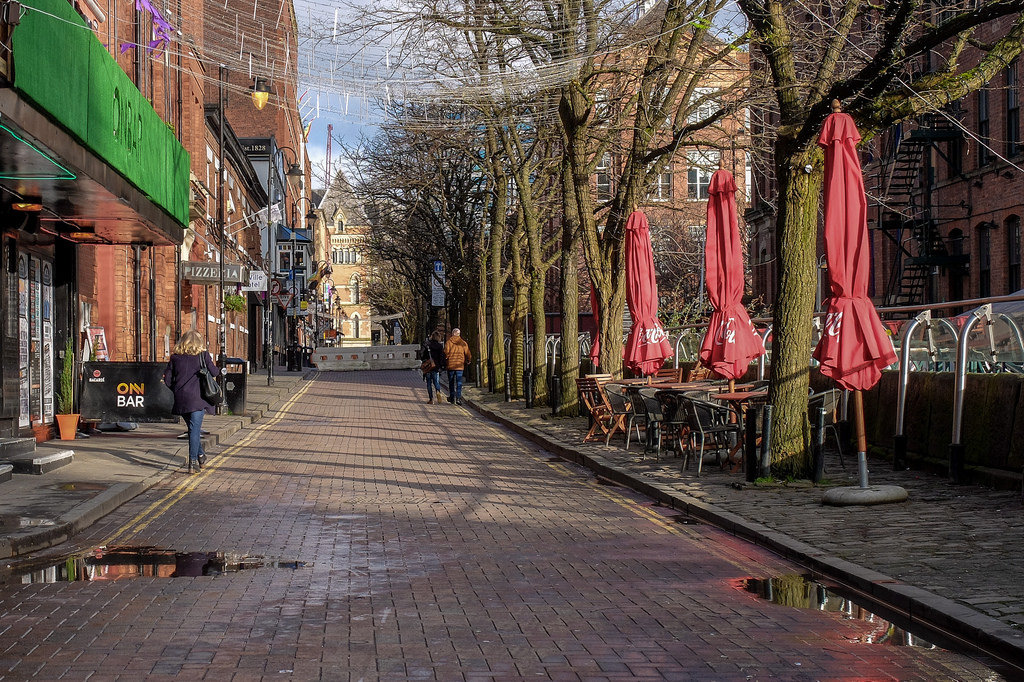 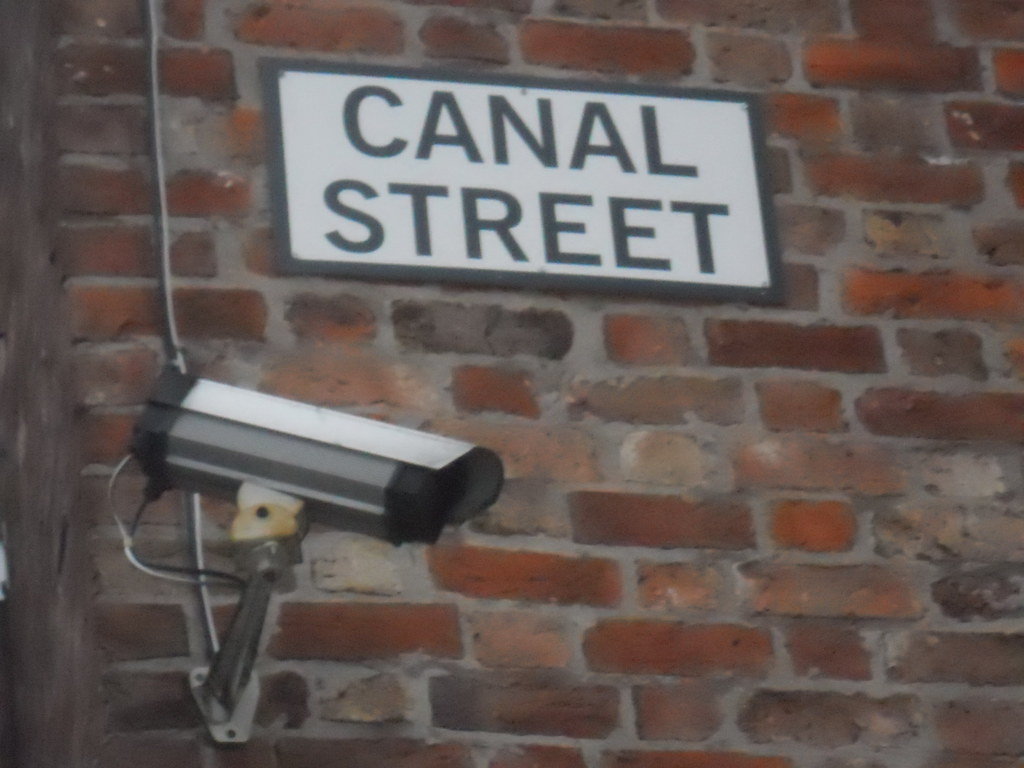 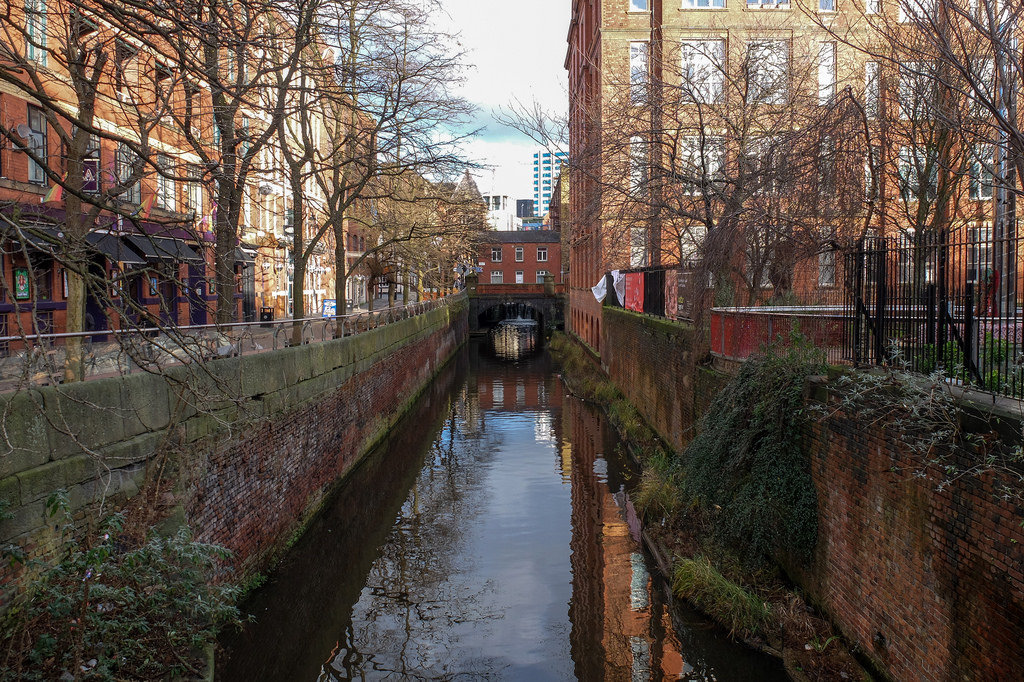 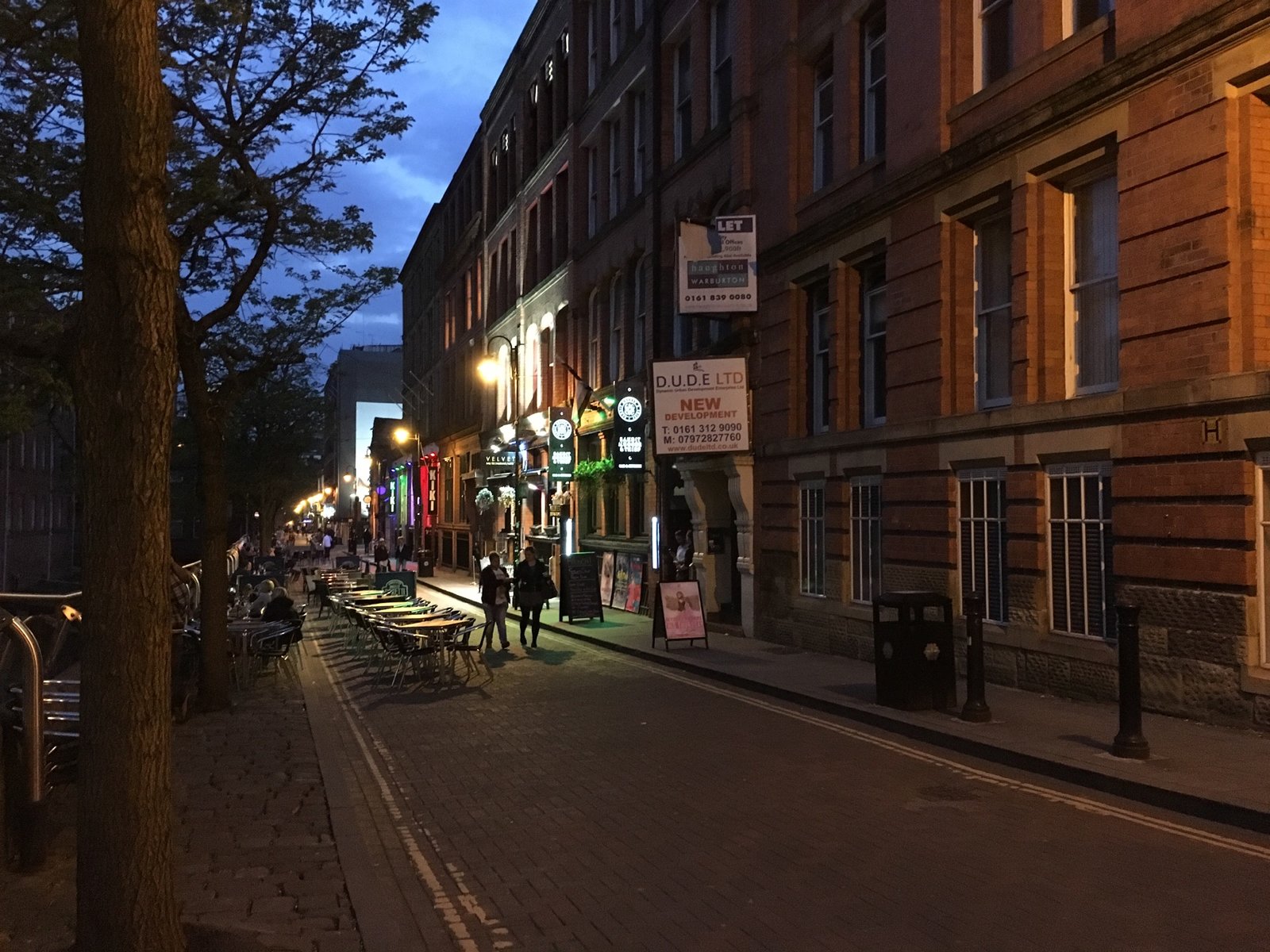 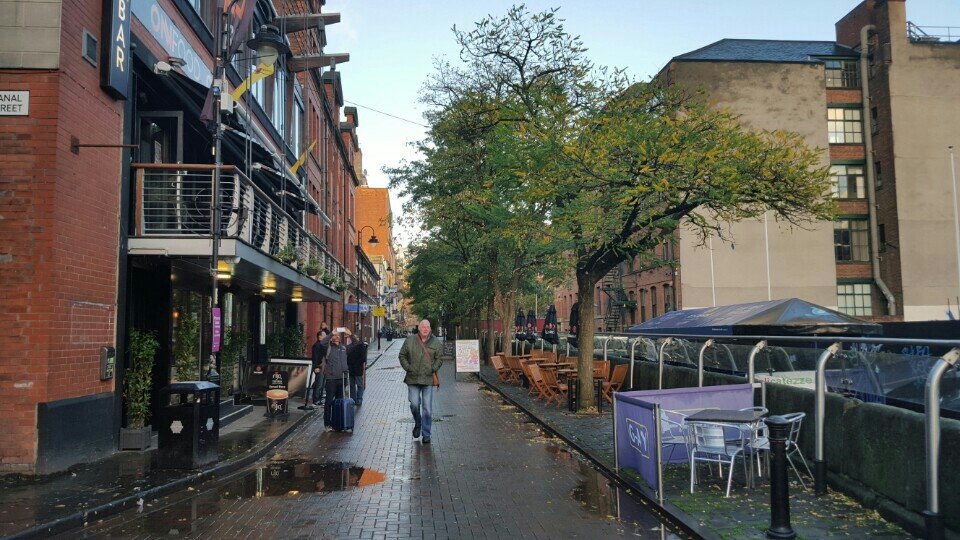 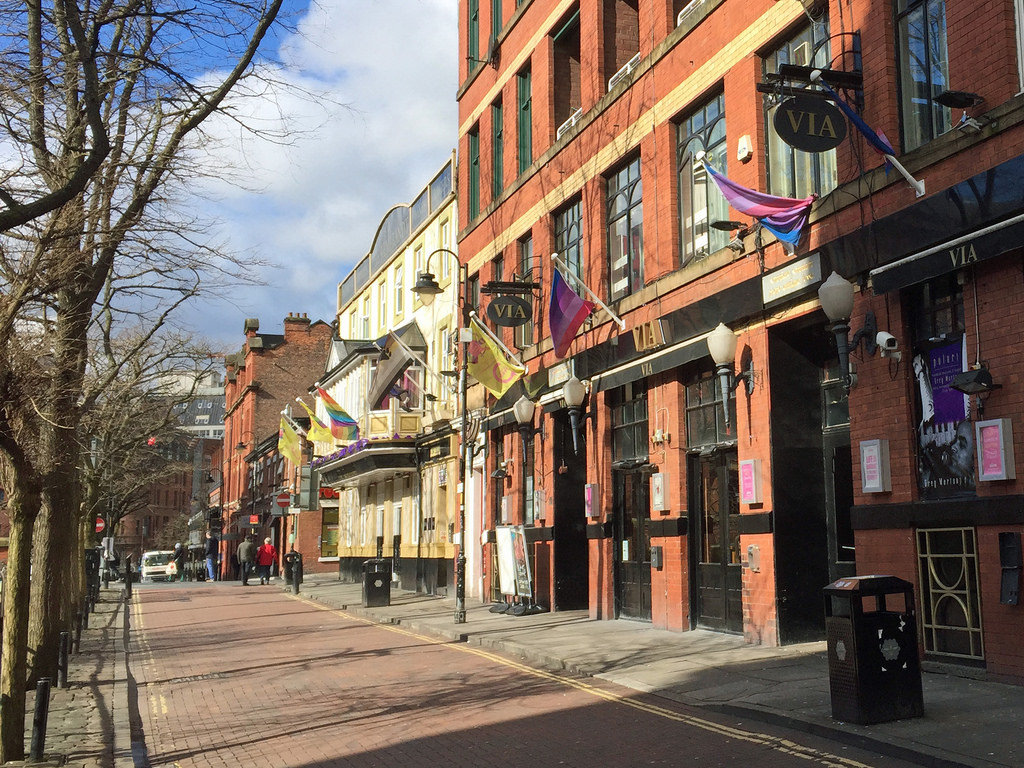 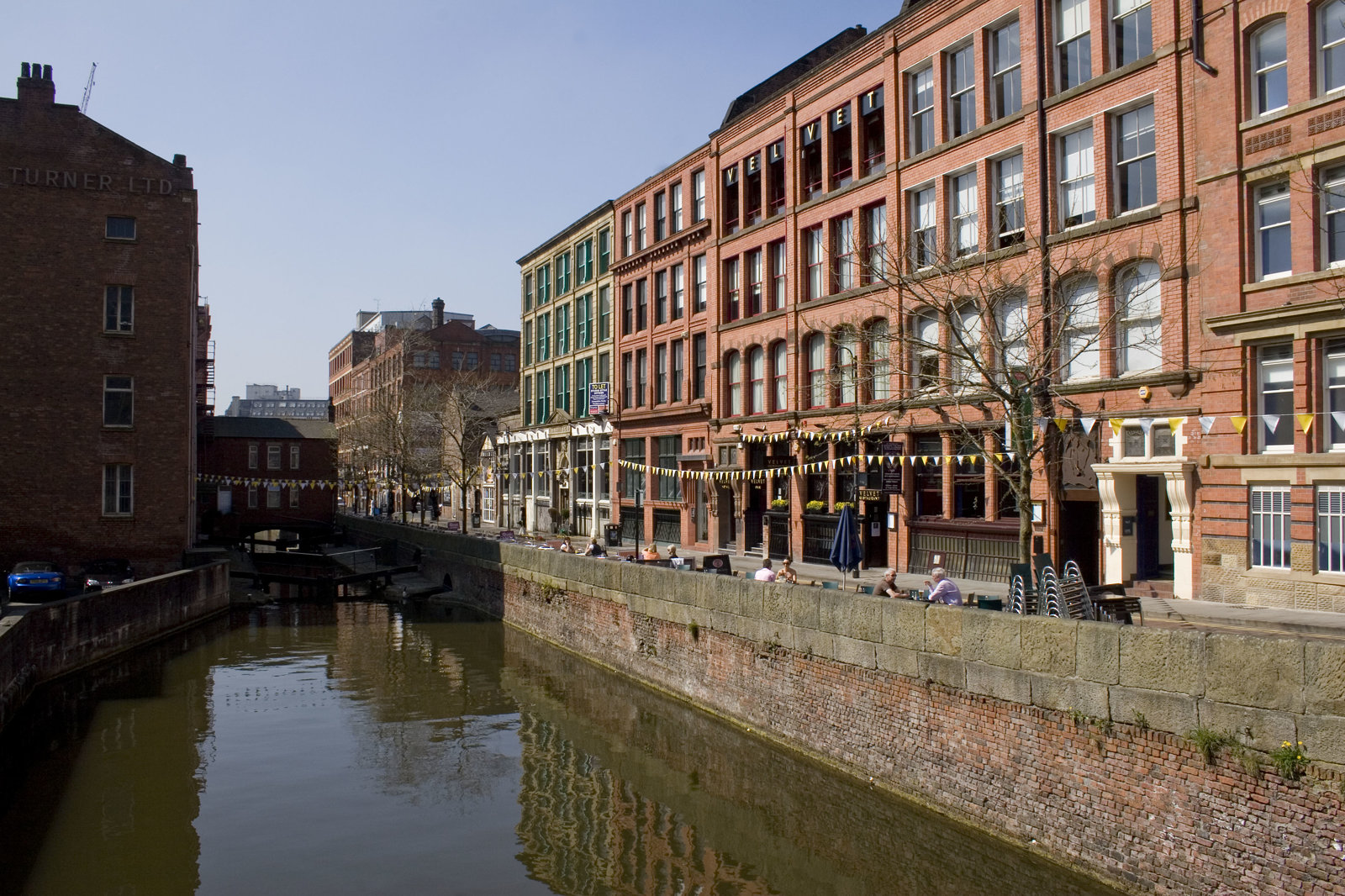 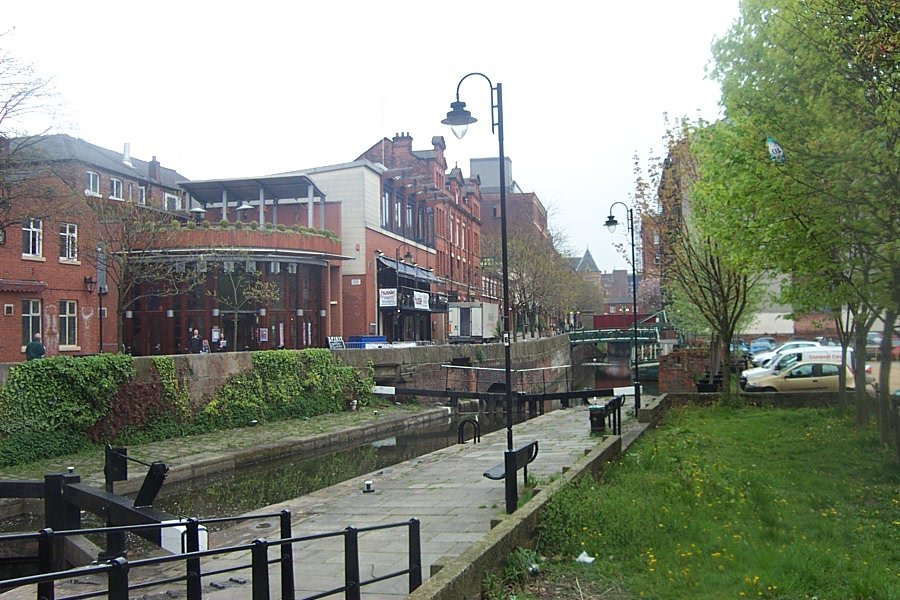 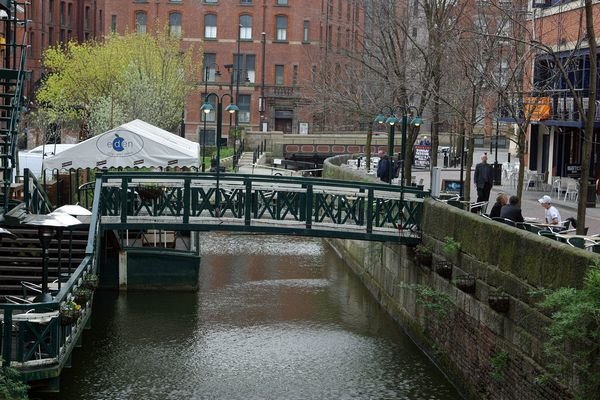 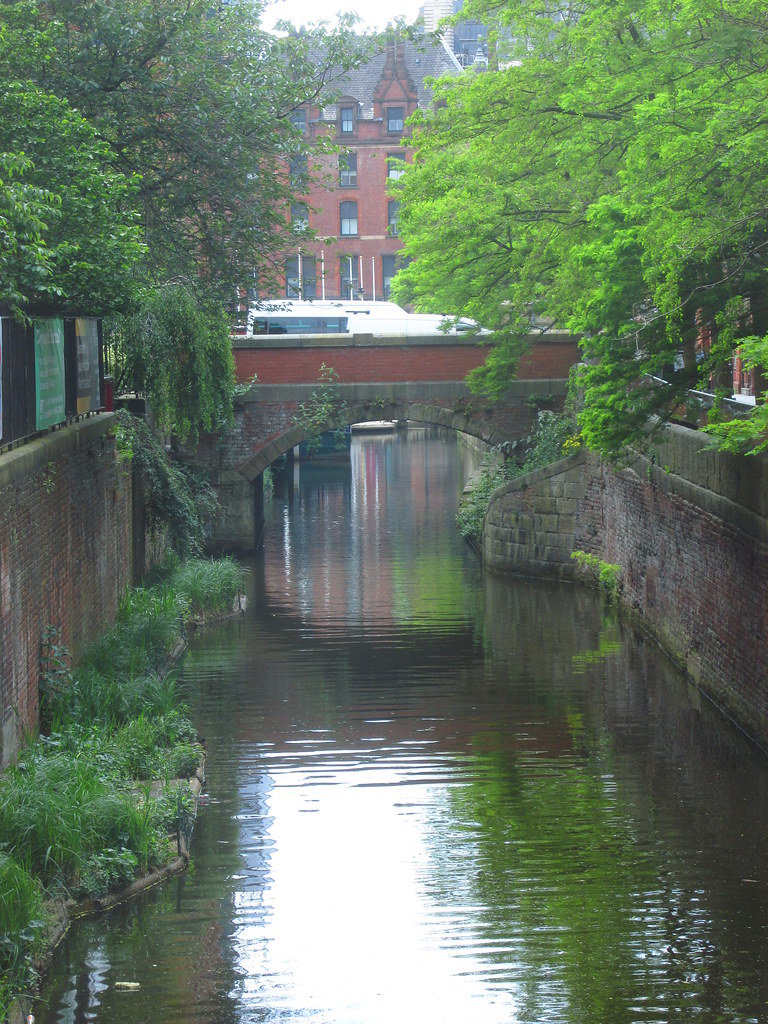 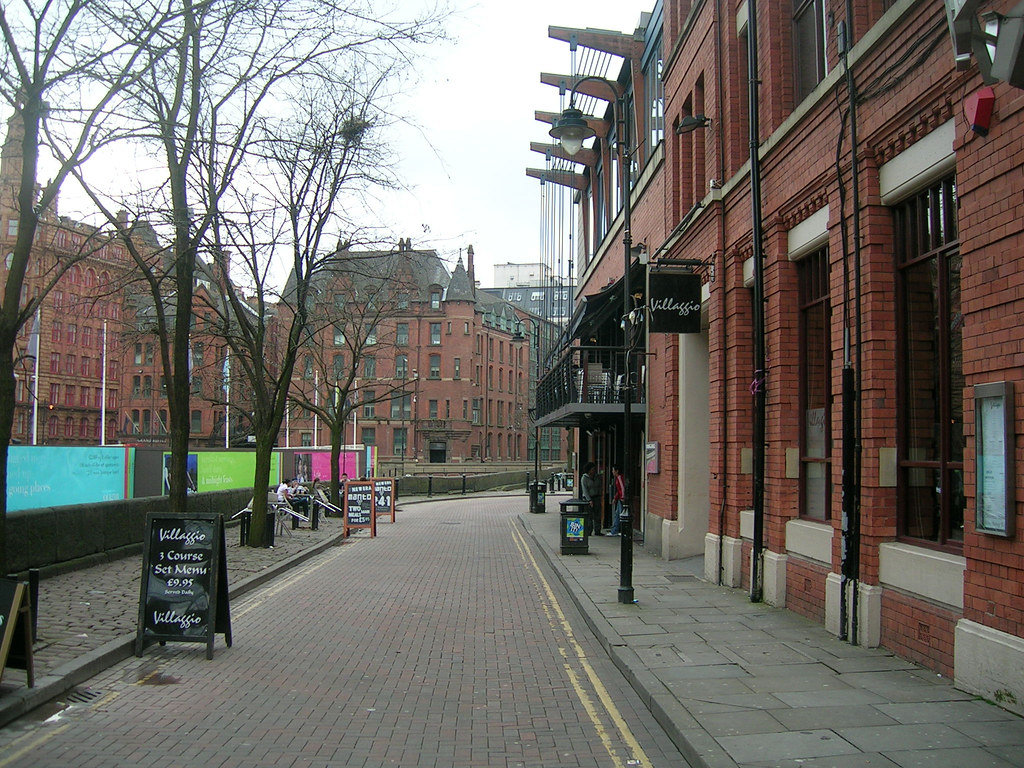 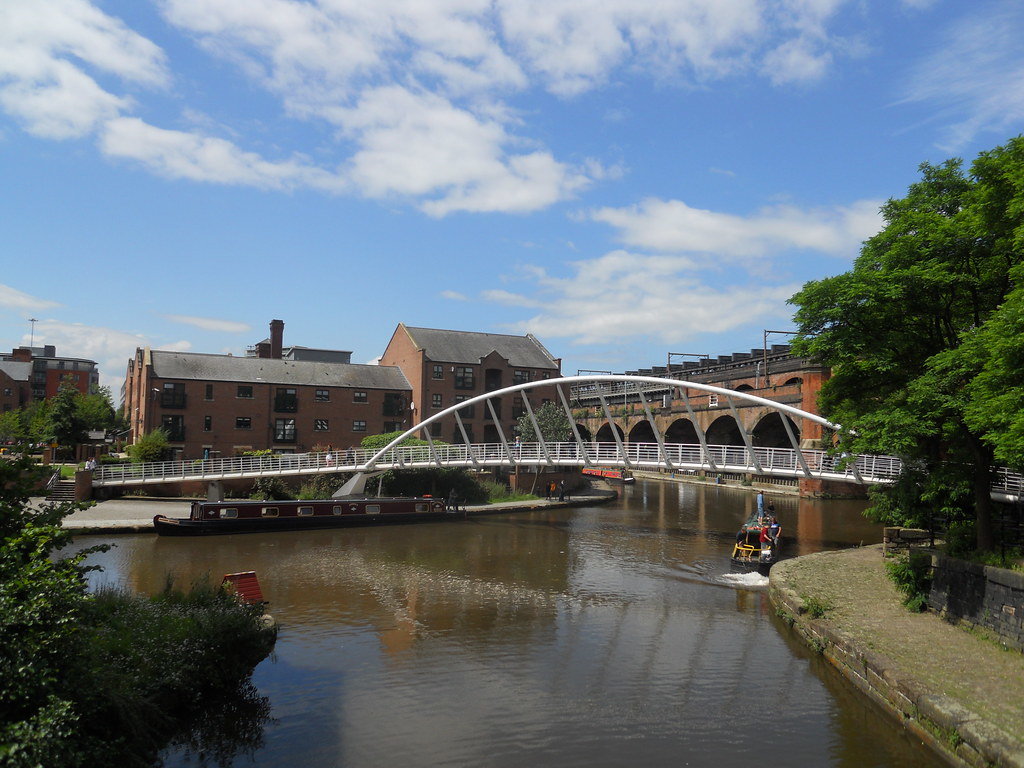 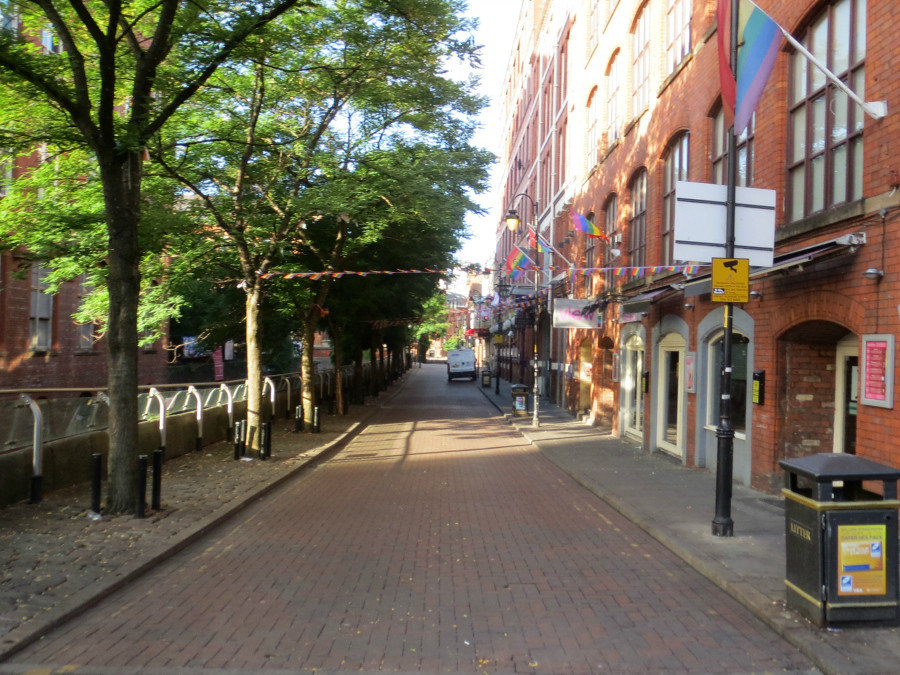 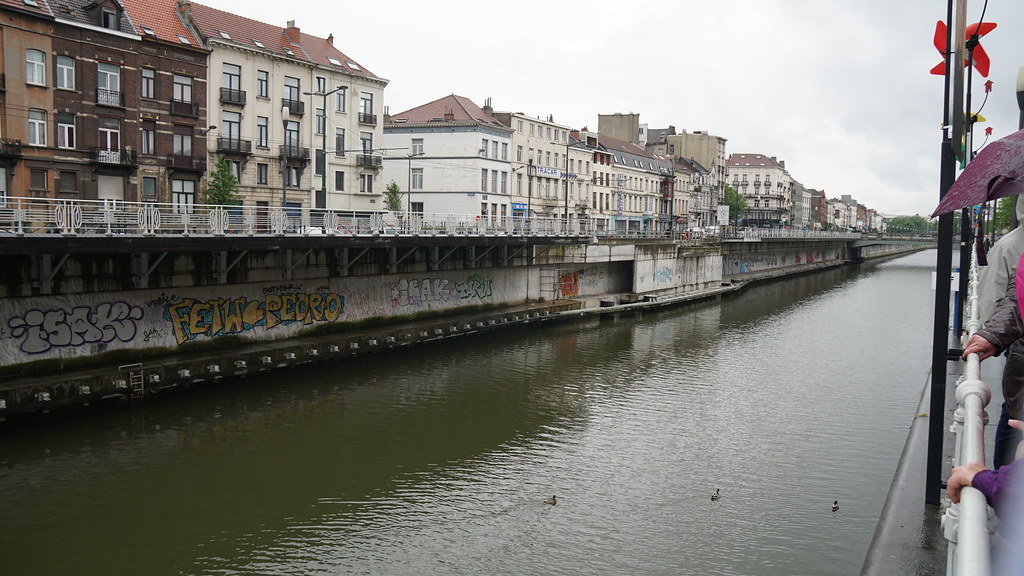