×
What are you looking for?
See all results
Science museums in San Francisco 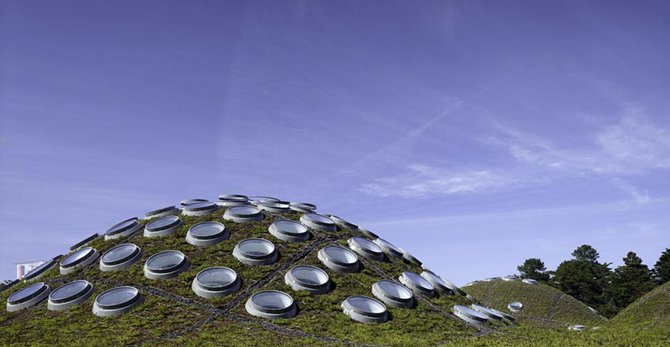 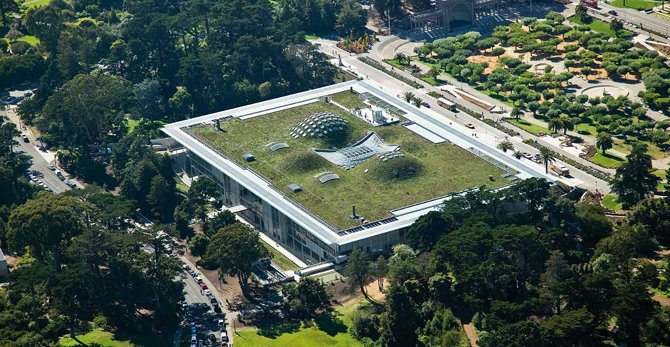 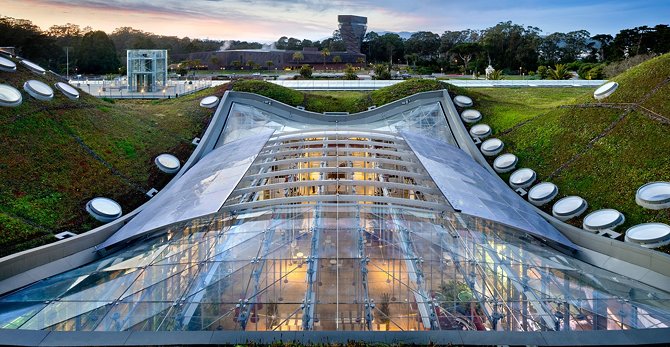 The California Academy of Sciences is among the largest museums of natural history in the world. The academy began in 1853 as a learned society and still carries out a large amount of original research, with exhibits and education becoming significant endeavors of the museum during the 20th century.

Completely rebuilt in 2008, the building covers Шаблон:Convert and is among the newest natural history museums in the United States. The primary building in Golden Gate Park reopened on September 27, 2008.

Prior to being replaced, the old academy building attracted approximately half a million visitors each year.Шаблон:Citation needed As has been the case from the start, the main thrust of the exhibits is natural history. The main venues of the museum include the following:

The academy had a forward-thinking approach to the involvement of women in science, passing a resolution in its first year of existence that the members "highly approve of the aid of females in every department of natural science, and invite their cooperation".Шаблон:Cn This policy led to several women being hired into professional positions as botanists, entomologists, and other occupations during the 19th century, when opportunities for women in the sciences were limited, and often, those that existed were restricted to menial cataloging and calculation work.Шаблон:Cn

The academy's first official museum opened in 1874 at the corner of California and Dupont Streets (now Grant Avenue) in what now is Chinatown, and drew up to 80,000 visitors a year.Шаблон:Cn To accommodate its increasing popularity, the academy moved to a new and larger building on Market Street in 1891, funded by the legacy of James Lick, a 19th-century San Francisco real estate mogul, entrepreneur, and philanthropist.Шаблон:Cn Only fifteen years later, however, the Market Street facility fell victim to the 1906 San Francisco earthquake, which also wiped out large swathes of the academy's library and specimen collections.Шаблон:Cn In the widespread destruction occurring in the aftermath of the quake, academy curators and staffers only were able to retrieve a single cart of materials, including academy minute books, membership records, and 2,000 type specimens.Шаблон:Cn Fortunately, an expedition to the Galápagos Islands (the first of several sponsored by the academy) already was underway, and it returned seven months later, providing replacement collections for those lost. Шаблон:Refimprove

It was not until 1916 that the Academy moved to the North American Hall of Birds and Mammals in Golden Gate Park, the first building on the site that was to become its permanent home.Шаблон:Citation needed In 1923, the Steinhart Aquarium was added, followed in 1934 by the Simson African Hall.Шаблон:Citation needed

During World War II, the academy contributed to the American war effort by using its workshop facilities to repair optical and navigational equipment for United States Navy ships; San Francisco was a major port for the Pacific War arena.Шаблон:Citation needed

The post-war years saw a flurry of new construction on the site; the Science Hall was added in 1951, followed by the Morrison Planetarium in 1952. The Morrison Planetarium was the seventh major planetarium to open in the United States and featured a one-of-a-kind star projector, built by academy staff members (in part using the expertise gained doing the optical work for the U.S. Navy during World War II).Шаблон:Citation needed

The Academy Projector produced a remarkably natural-looking star field. It projected irregularly shaped stars, rather than the circular stars projected by many optical star projectors. The irregular shapes were created by placing variously sized grains of silicon carbide onto the glass star plates by hand, then aluminizing the plates, and brushing away the silicon carbide grains.Шаблон:Citation needed

In 1959, the Malliard Library, Eastwood Hall of Botany, and Livermore Room all were added. Throughout the 1960s, universities concentrating on the new field of molecular biology divested themselves of their specimen collections, entrusting them to the academy and leading to a rapid growth of the academy's holdings.Шаблон:Citation needed

In 1969, another new building, Cowell Hall, was added to the site. In 1976, several new galleries were opened, and the following year, in 1977, the "fish roundabout" was constructed.Шаблон:Citation needed

Prior to the old building being torn down in 2005, there was a Life through Time gallery, housing a large display on evolution and paleontology. There was a Gem & Mineral Hall, a section on Earthquakes, and a Gary Larson exhibit.Шаблон:Citation needed

The academy buildings were damaged significantly in the 1989 Loma Prieta earthquake. Subsequently, the Bird Hall building was closed to ensure public safety. The inadequately engineered Steinhart Aquarium suffered dramatic seismic damage from the 1989 earthquake, as well.

As plans were made to repair the damage and make the buildings seismically stable, it was realized that a considerable amount of work would be needed to bring the buildings up to modern standards. This led to the idea of giving the academy a complete overhaul, thus motivating the closing of the main site.Шаблон:Citation needed

Construction began on the new $500 million building on September 12, 2005, while the exhibits were moved to 875 Howard Street for a temporary museum.Шаблон:Citation needed

The academy reopened with a free day on September 27, 2008. For most of the day the line for admittance was over a mile (nearly two kilometers) long, and although over 15,000 people were admitted, several thousands more had to be turned away.

The design architect for the museum replacement project was Renzo Piano. His design was awarded the Urban Land Institute (ULI) Award for Excellence for the Americas region in 2008, as well as the Holcim Award Silver for sustainable construction projects for the of region North America in 2005. One critic praised the building as a "blazingly uncynical embrace of the Enlightenment values of truth and reason" and a "comforting reminder of the civilizing function of great art in a barbaric age".

The new building includes an array of environmentally friendly features.

NASA
The only place on Earth with an aquarium, a planetarium, a natural history museum, and a 4-story rainforest all under one roof! The Morrison Planetarium is the largest all-digital dome in the world.

SFist
A great place for kids to learn about species from around the world, featuring a bevy of animals and sea creatures. The living rooftop alone is a wonder to behold for your future little architect.

AFAR Media
On a Thursday evening swing by for an evening of "music, creatures and cocktails". Every week they feature live bands or DJs and various events- meanwhile cocktail bars stand ready for your serving.

Valerie Oon
Josh did such an excellent job narrating the structure of the universe prezzo (half hour show at the planetarium). I loved his enthusiasm and humor. The earthquake simulator was a great idea too!

Troy
If you live in or are going to be in the bay area this is a great place to visit. I would go at off peak time to avoid some of the crowd but even so still a great experience.

Ashley Bowles
Such an amazing museum. Take advantage of the free weekends and try to catch a planetarium show. The 4 story rainforest is amazing too!
Load more comments
foursquare.com

California Academy of Sciences on Foursquare

The Harding Theater is a historic movie theater located at 616

Universeum is a public science centre and museum in Gothenburg, Sweden

Parque Explora is an interactive science museum in Medellín, 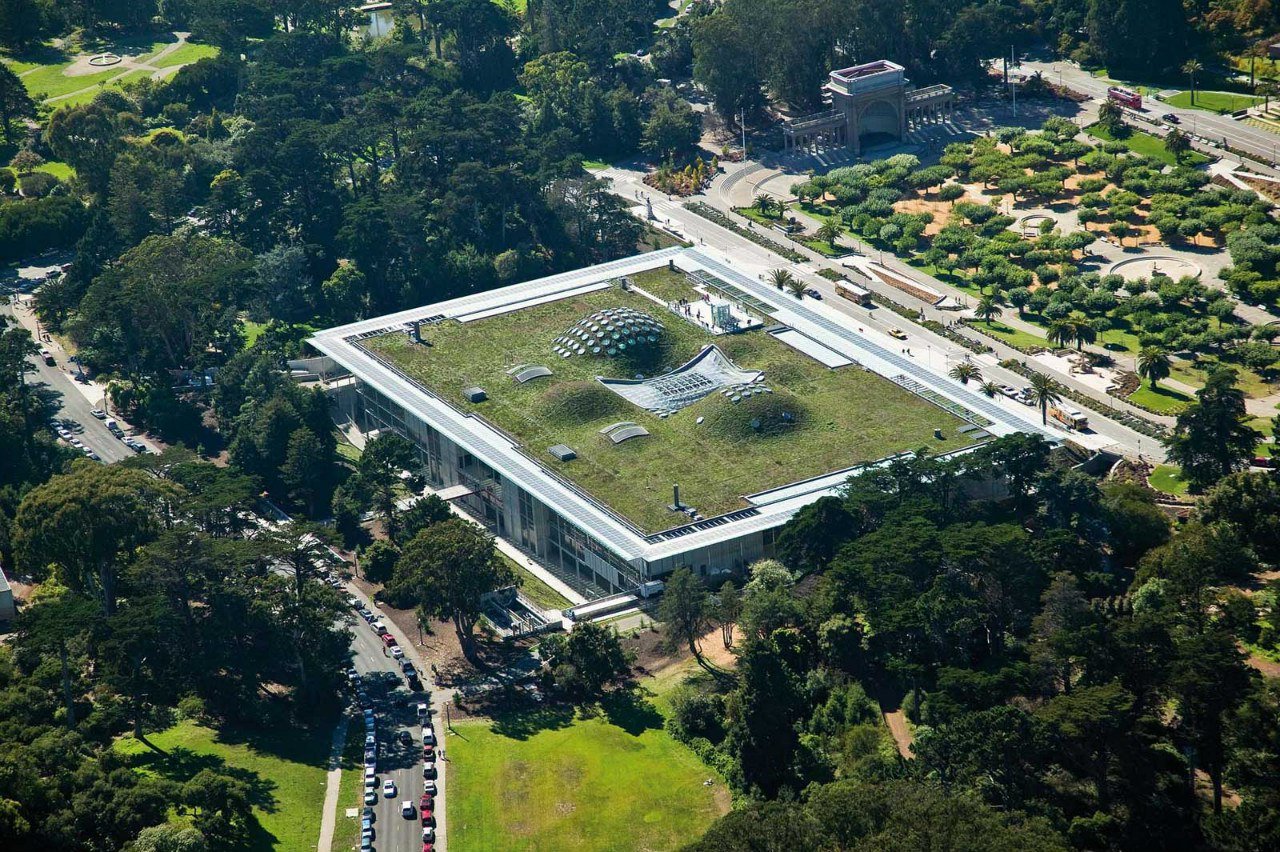 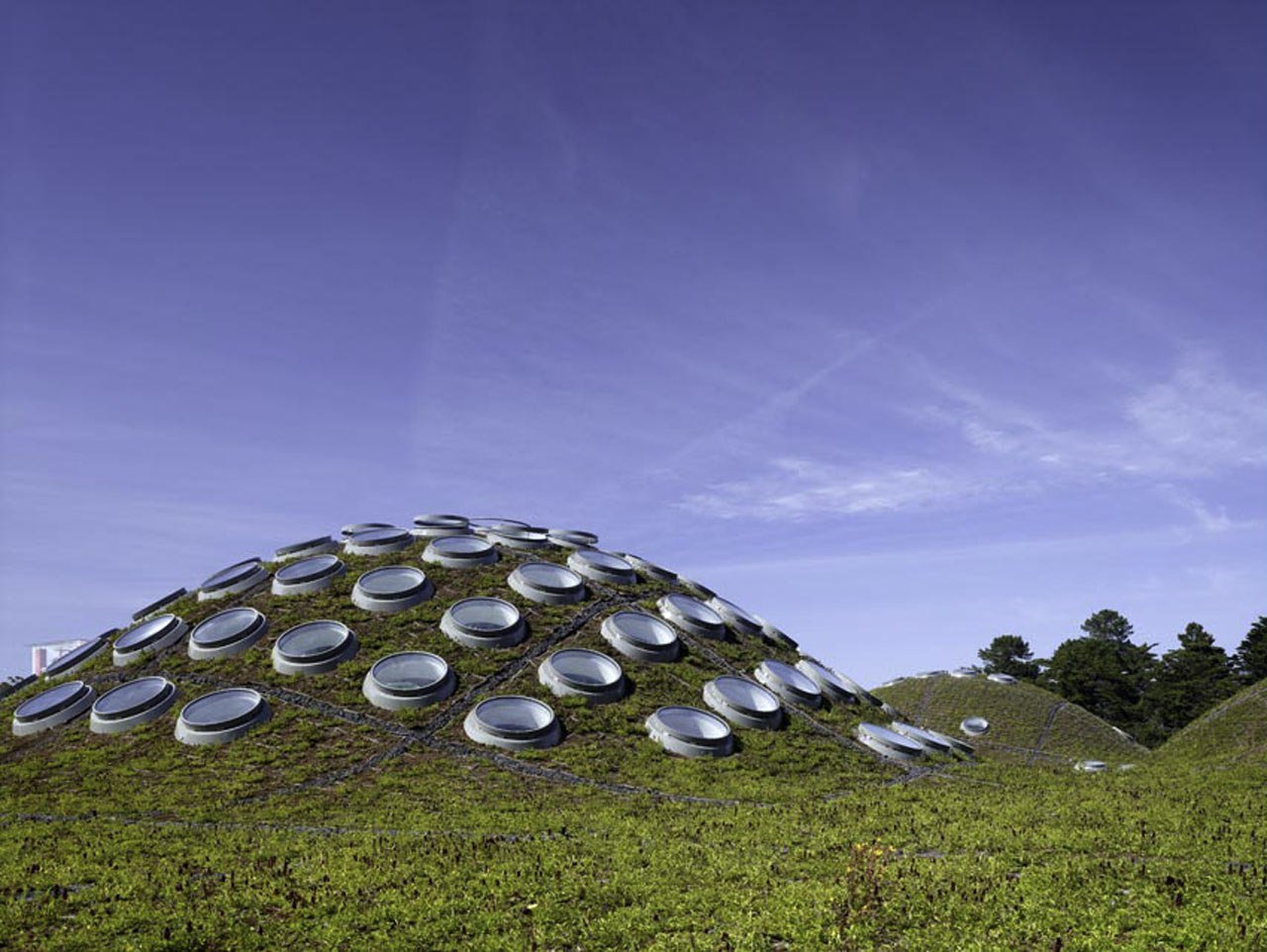 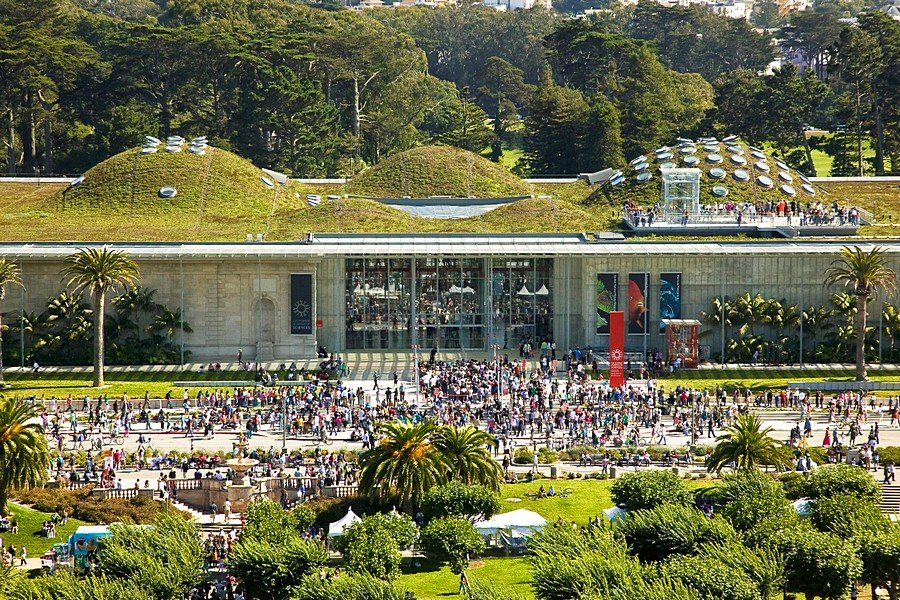 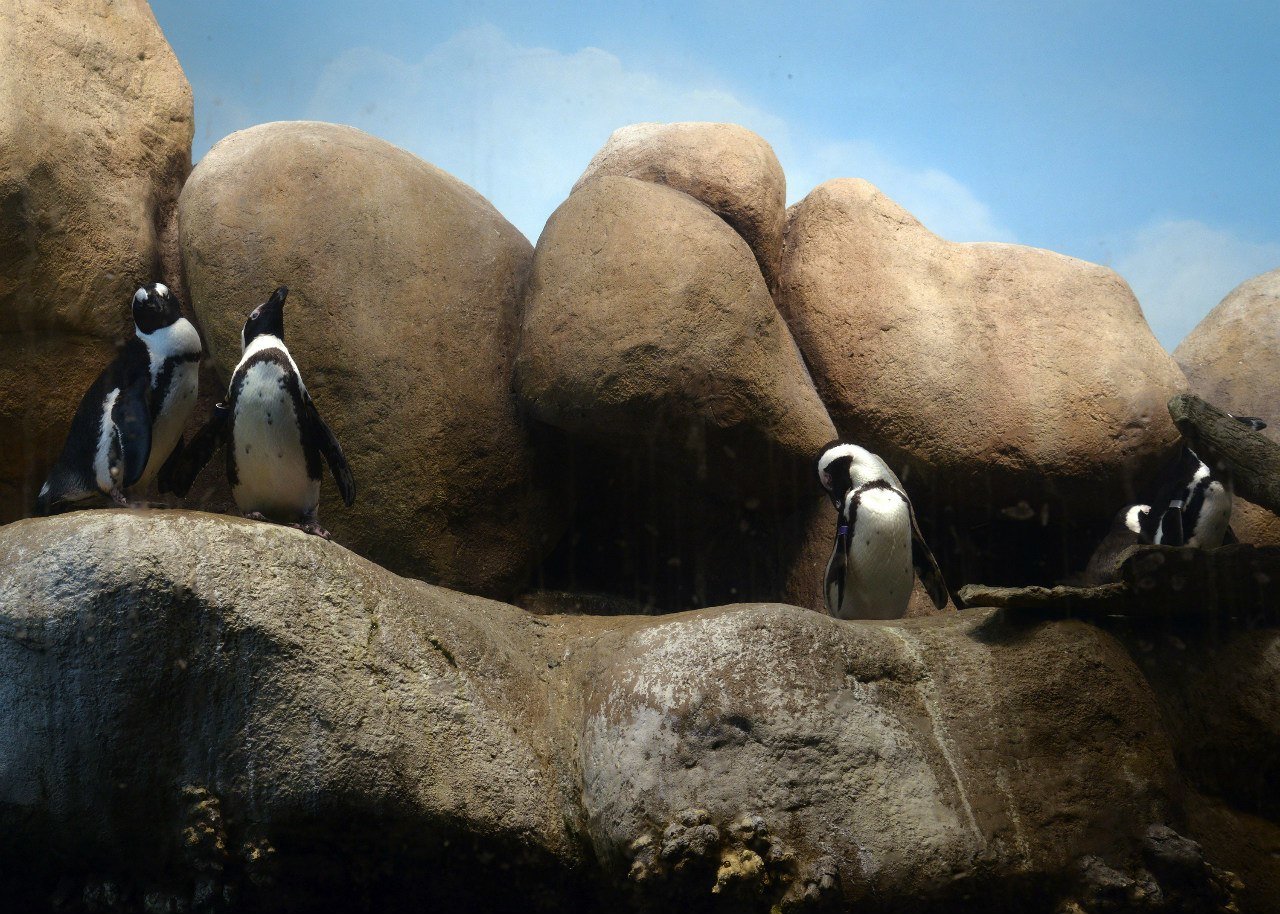 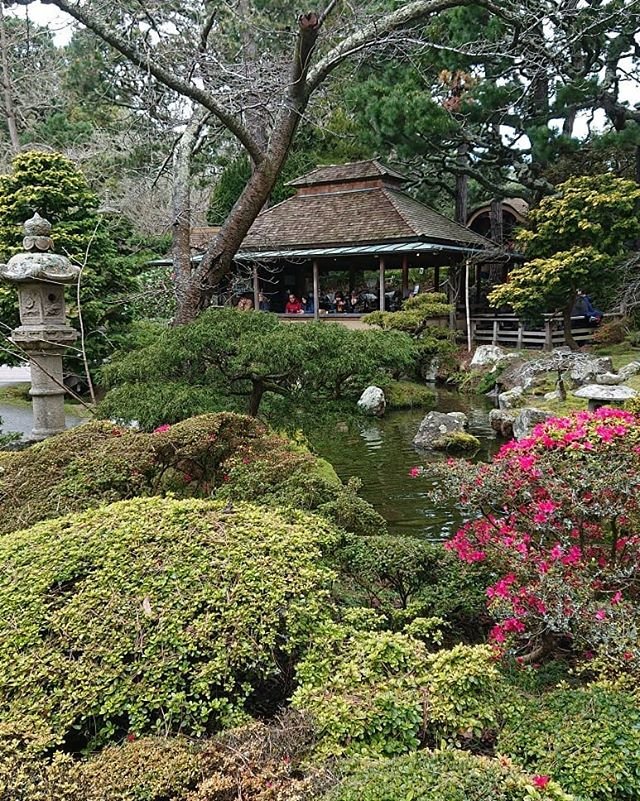 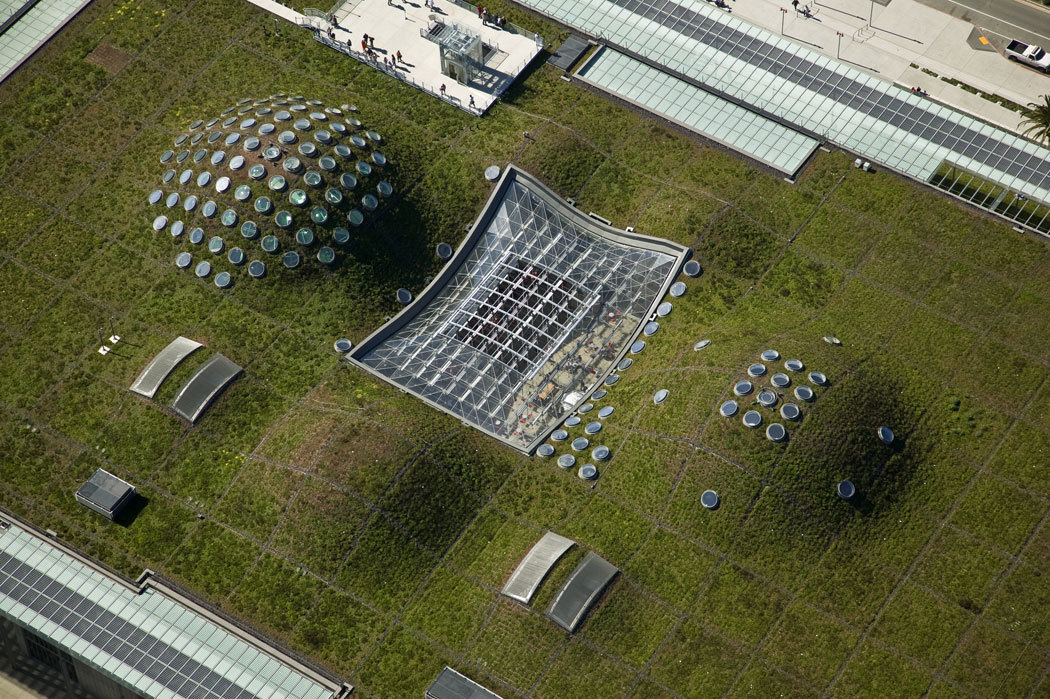 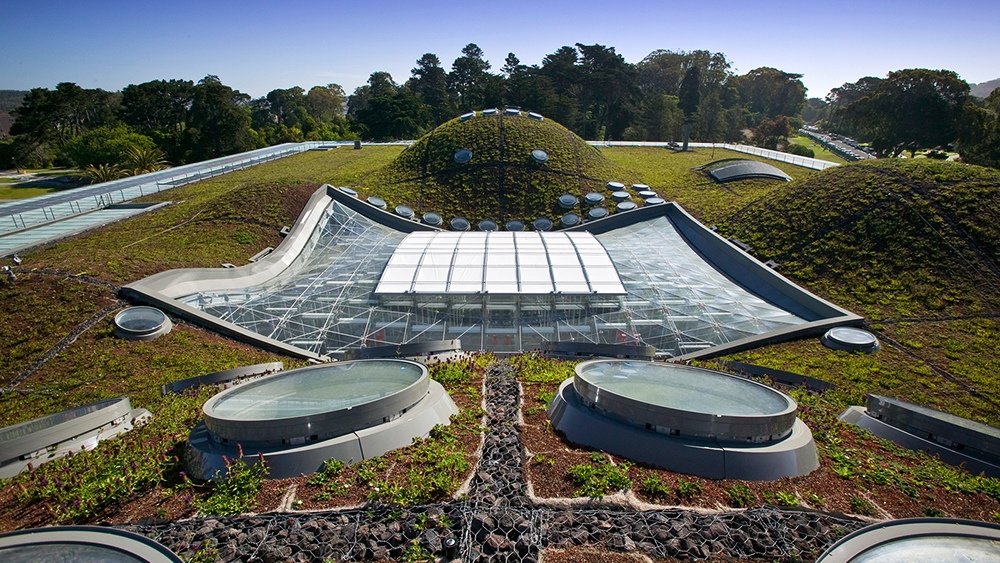 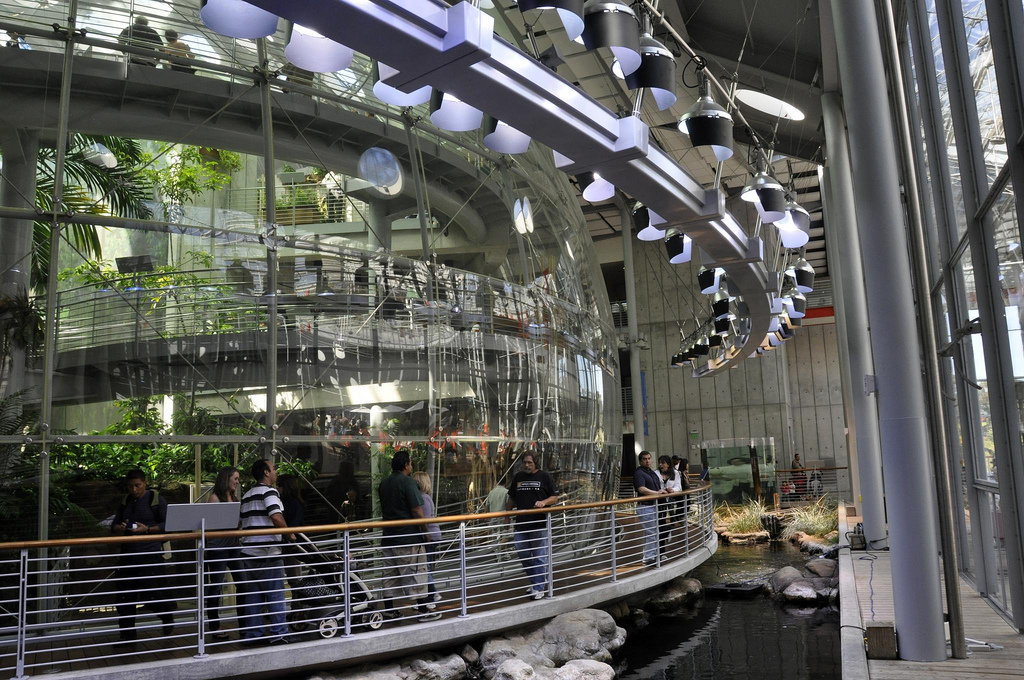 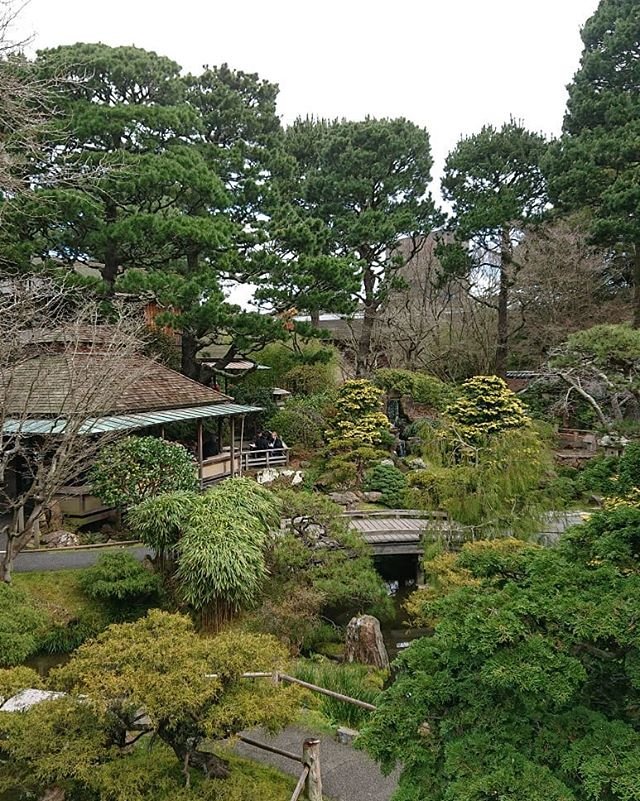 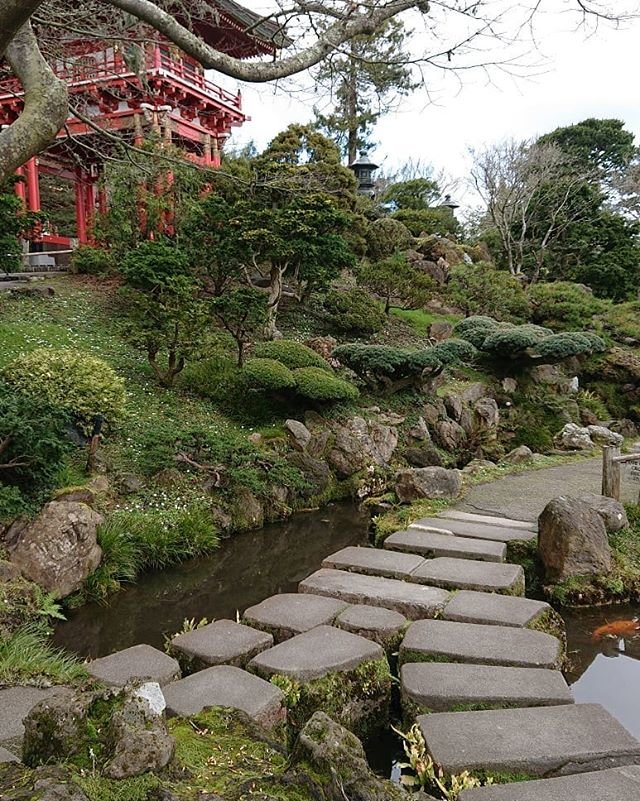 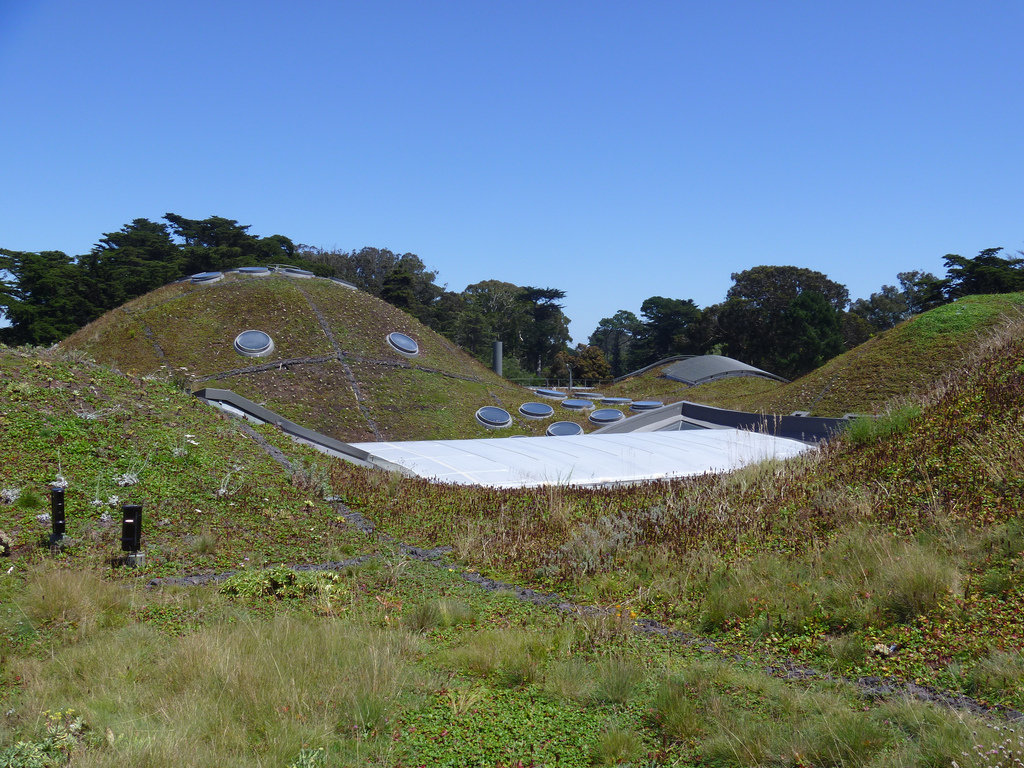 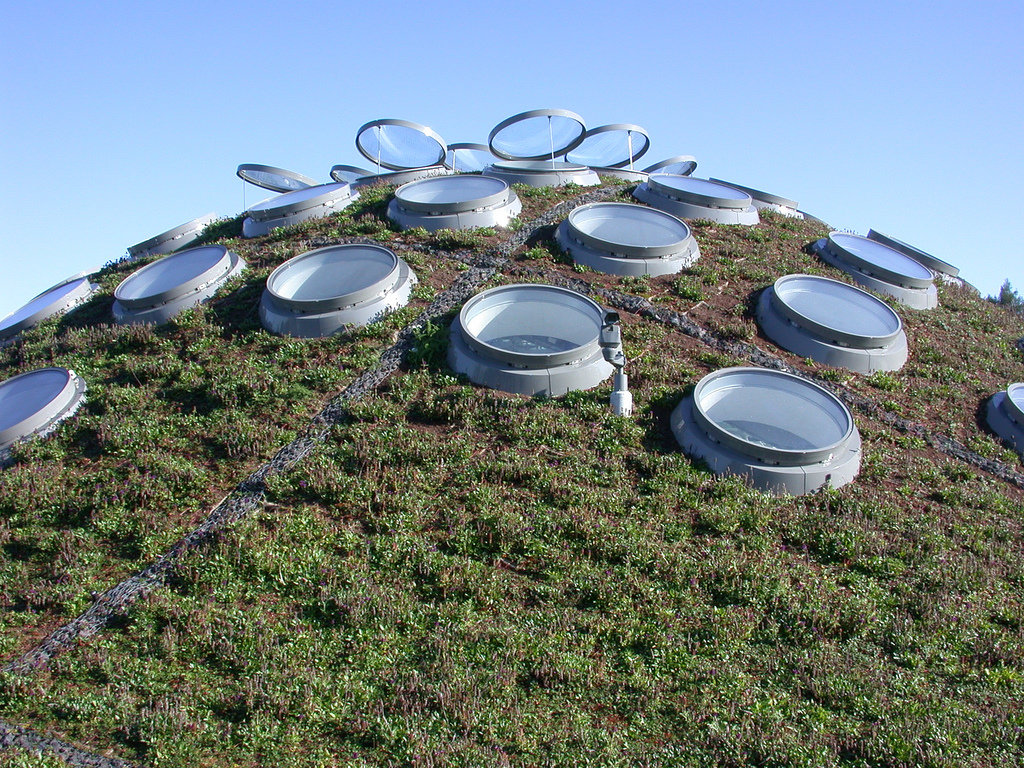 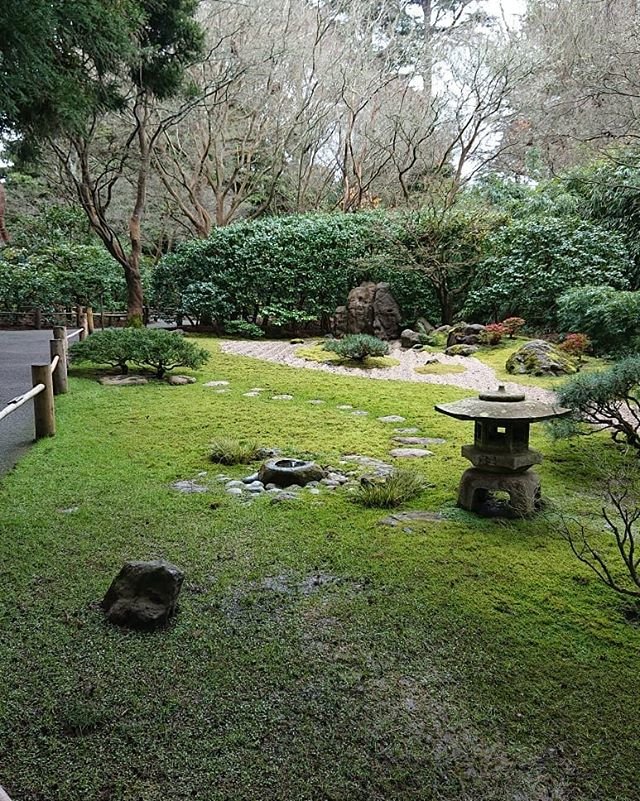 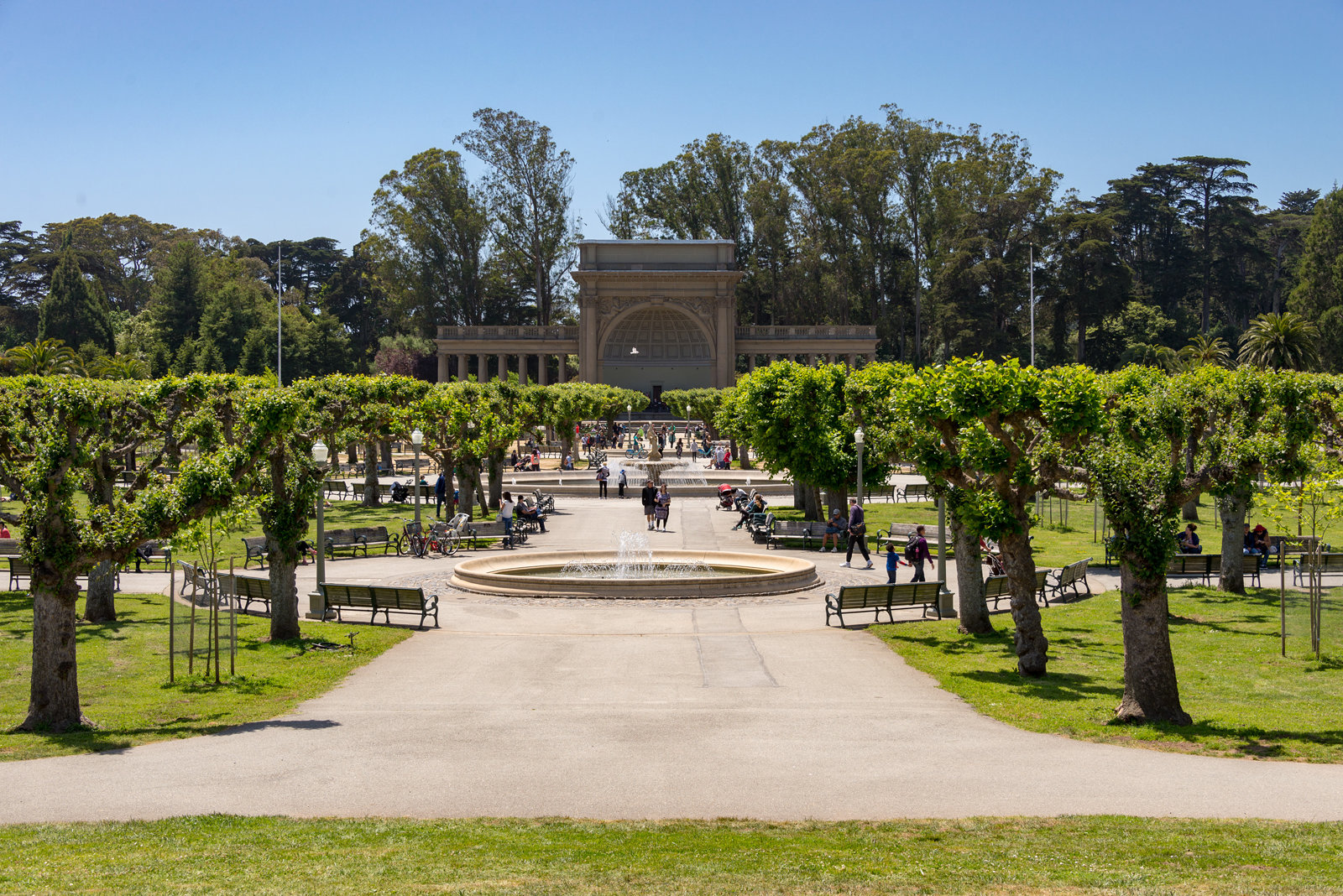 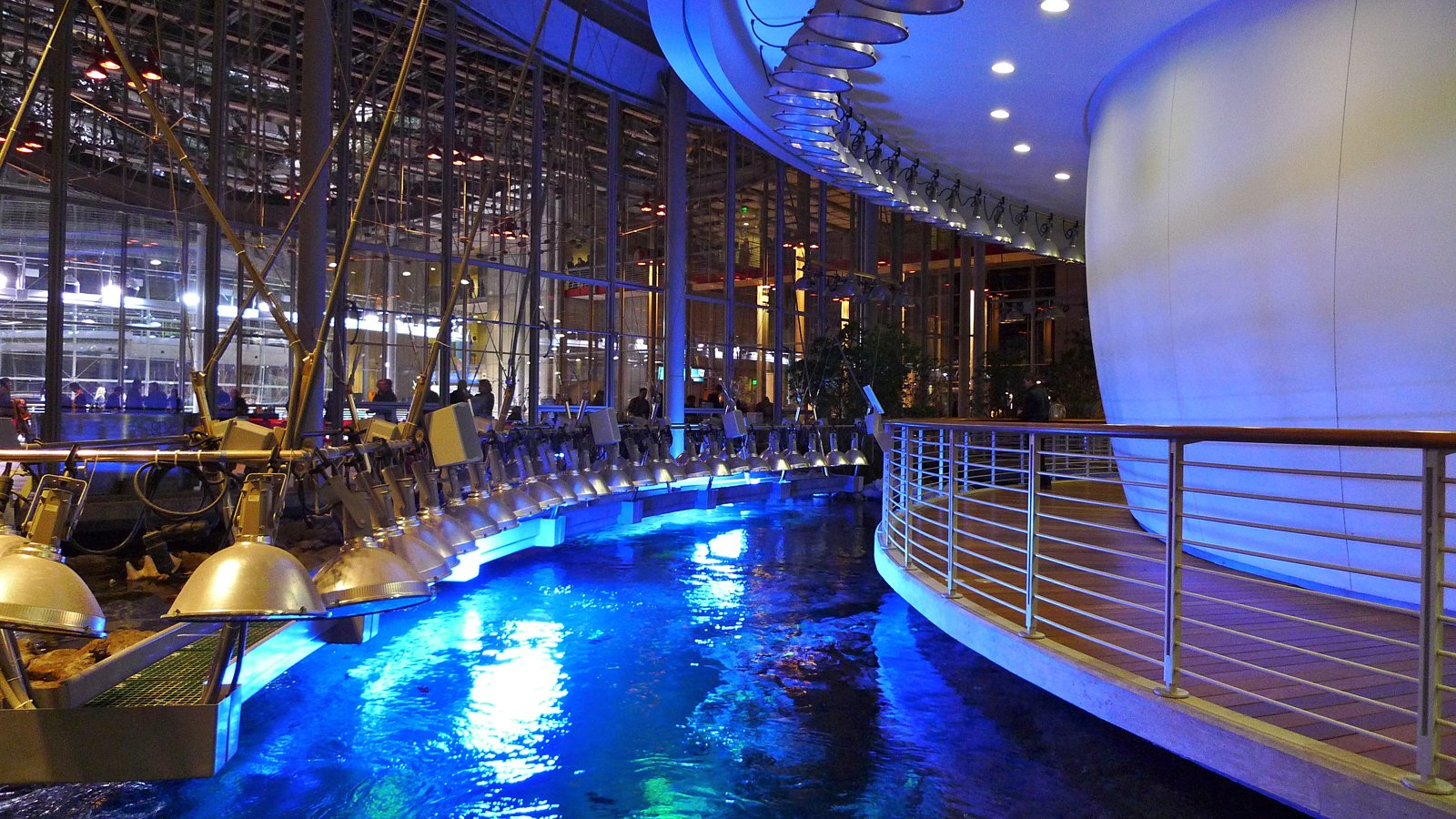