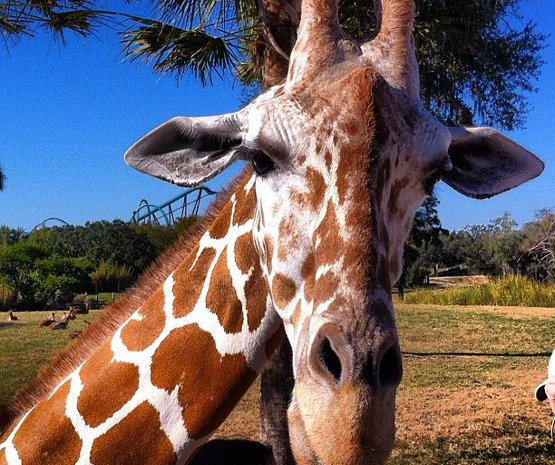 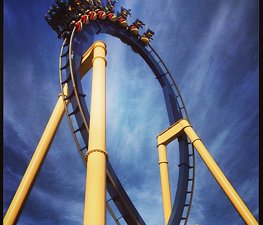 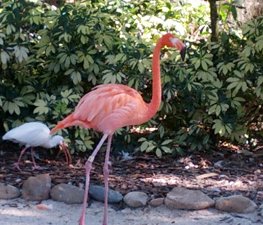 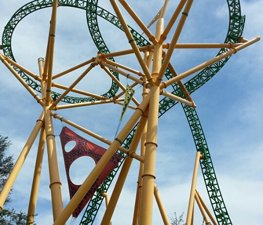 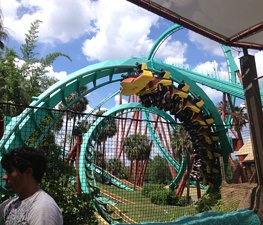 Busch Gardens at Tampa Bay is a 335-acre 19th century African-themed animal theme park located in the city of Tampa, Florida. It opened on March 31, 1959 as an admission-free hospitality facility for the Tampa Anheuser-Busch brewery on the grounds of the manufacturing plant. Visitors could watch animal acts in a tropical setting and before leaving the grounds enter a beer garden offering free Busch beer to drink.

After the manufacturing plant closed down some years later, Busch Gardens focused progressively on its tropical landscape, exotic animals, and amusements to draw visitors. Busch Gardens began charging admission as the entertainment became more complex, with extra fees for the thrill rides, such as the roller coasters for which Busch Gardens is now known. Currently Busch Gardens competes with other such parks in Florida and charges comparable fees. The park is operated by SeaWorld Parks & Entertainment, owned by the private equity firm The Blackstone Group.

The park's main entrance is home to the Mystic Sheiks of Morocco brass and percussion ensemble. Treats can be purchased at the Sultan's Sweets and the Zagora Cafe. The Moroccan Palace, a 1,200 seat indoor theatre, is located here as well as the outdoor Marrakesh Theater. Gwazi is the major ride in this area.

The original section of the park that opened back in 1959. The area for the most part remains to be mostly gardens and animal exhibits/shows. A staple attraction that once stood in this section was the brewery. However, the brewery closed in 1995 and Gwazi now sits where the brewery was located. The traditional, educational bird show is currently being replaced with a newer, more entertainment-based show, including a number of mammals.

Busch Gardens, Tampa Bay welcomes families to an all-new, Sesame Street-themed, sunny, funny playland featuring Elmo, Big Bird and all their friends. Sesame Street Safari of Fun will be filled with rides, shows and adventures that celebrate the spirit of Africa. Sesame Street and Busch Gardens unite to create a signature attraction found nowhere else. In addition to the rides and play areas, families also will be able to watch their favorite characters on the big screen. “Sesame Street presents Lights, Camera, Imagination!” will run in the park’s 4-D theater, located in Timbuktu. And families can share breakfast and lunch with Elmo and the rest of the characters on select days at an outdoor dining facility adjacent to Sesame Street Safari of Fun.

This section of the park is home to the park's water rides and SheiKra, formerly the only Dive Coaster in the United States, prior to the addition of its sister coaster Griffon at Busch Gardens Europe. The section opened up in 1973 with the addition of the Stanley Falls Flume. The African Queen Boat Ride opened in 1977 as Busch's version of Disney's Jungle Cruise. In 1989, the African Queen Boat Ride was transformed into Tanganyika Tidal Wave with the addition of a 55-foot (17 m) drop that generates a giant splash. The section remained unchanged from then until 2005, when SheiKra opened, and the surrounding area was renovated.

This section contains two of the park's more popular rides. In November 2006, Congo underwent major renovation, including the removal of the park's classic Python roller coaster.

Opened on April 5, 2008, Jungala is a 4-acre (16,000 m2) family attraction featuring up-close animal encounters, rope bridges to explore three stories of jungle life, and a water-play area for children. Also located in this area are two family attractions: Jungle Flyers, a zip line that offers three different flight patterns above the treetops of the new area, and Wild Surge, a shot tower that launches guests above a waterfall. Another attraction is Tiger Trail, which is a walkthrough with tigers where there is also a glass turret where you can look out right in the middle of the tiger enclosure.

A section themed after the malls and bazaars of Africa. This section opened up in May 1980. The Phoenix was built in 1984 and remains a popular ride to this day. The section was renovated in 2003. Important rides added during this facelift included the Timbuktu Theater, which replaced the park's Dolphin Theater with an indoor 4-D movie theater. In 2004, Das Festhaus was transformed into the Desert Grill, and the park's family-friendly Cheetah Chase wild mouse roller coaster opened, replacing the Crazy Camel flat ride.

Alligators and crocodiles can be observed here up close. In Curiosity Cavern, guests can view mammal and reptile exhibits. Visitors to Nairobi can view injured or abandoned newborns at the Nairobi Field Station Animal Nursery. The areas also contains Myombe Reserve, a tropical rainforest that is home to Western Lowland Gorillas and Common Chimpanzees. The major ride here is Rhino Rally, an unpredictable off-road safari that ends spiraling its riders down a raging river. The main train station at Busch Gardens is located at Nairobi. Another popular attraction here is the Asian Elephant exhibit, which is also featured in the Rhino Rally ride.

Crown Colony is the smallest section of the park. It features only 2 attractions and a restaurant. The Crown Colony House offers both casual and fine dining. The Budweiser Clydesdale Hamlet and posing area are located here along with a Skyride station. 2009 marks the 50th anniversary of Busch Gardens, so a museum is set up next to the Clydesdale hamlet featuring a timeline of pictures, costumes from previous shows, and old maps of the park. It also has a preserved Python roller coaster seat. The museum will be open for the rest of the year.

Bedouin tents and authentic handicrafts and art create an Egyptian marketplace feel. Guests can visit a replica of King Tutankhamen's tomb with the excavation in progress. The primary attraction of the Egypt themed area is Montu, an inverted steel coaster.

In 1965, the park opened its Serengeti Plain animal habitat, the first of its kind to offer animals in a free-roaming environment. Over the years, the habitat has expanded from 29-acre (120,000 m2) to its current size of 65-acre (260,000 m2) . It is home to the Grevy’s zebra, reticulated giraffe, bongo, addax, addra gazelle, eland, impala, ostrich, marabou stork, East African crowned crane and sacred ibis.

Opened in 1997, Edge of Africa is a walk-through attraction where guests can observe African animals. Among the exhibits are meerkats, two prides of lions, a pack of hyenas, a few hippos, and a troop of lemurs.

The following is a list of roller coasters at Busch Gardens that have placed on Amusement Today's Top 50 coasters, along with their highest ranking.

From January - March, Busch Gardens hosts a weekly concert series which invites popular bands either in Big Bands or Pop to perform classic or contemporary songs.

In the summer months, the park stays open later and includes concerts by performers like David Cassidy and Starship with Mickey Thomas. The park's Independence Day festivities add fireworks to the entertainment lineup.

In November through December, theaters throughout the park are transformed into Christmas themed shows in celebration of the Holiday season.

Dave Counotte
A zoo and theme park combined into one! Really nice to take the family out for a day. My favorite ride was the Cheetah Hunt. Beautiful park. We visited during the Christmas season, awesome at night.

Very Tori
I highly recommend Cheetah Hunt! 4 Gs, 3/4 of a mile, 130 ft drop, yet not too intense for those starting to get interested in the crazier coasters! There's a ride for everyone at Busch Gardens!

Kornélie Šídová
Everything was super awesome!! I loved it!! Me and my friends were visiting all opened roller coasters there and it was so much fun!

Sylvia Reynolds-Blakely
Buy the yearly pass if you even THINK you will go more than once in 15 months. Free parking ($20 savings each visit) and one free guest pass on your birthday makes it worthwhile. It's a great park!

Manal Saedan
It's a hidden jowl inside Tampa I loved every thing about this place it's sooo clean organized and the food was really great. My kids enjoyed Sesame Street park. Don't miss the safari ????????

Flower4- jingjing
It offers exciting roller-roaster,nice shows,and many special events such as Halloween theme.Perfect place for family and friends tour on weekends,better visit it earlier since there are many guests
Load more comments
foursquare.com
9.3/10
Aeron, Gabriel Taguti and 53,181 more people have been here
I've been here
Add to wishlist

Dinosaur World is a theme park in Plant City, Florida that features

The Florida Air Museum is designated as Florida’s “Official Avi

The Clearwater Marine Aquarium is a 501(c)(3) non-profit organization,

Camel Republic is a tourist attraction, one of the Zoos in Nikhom

Natural Bridge Wildlife Ranch is a safari park on the northern 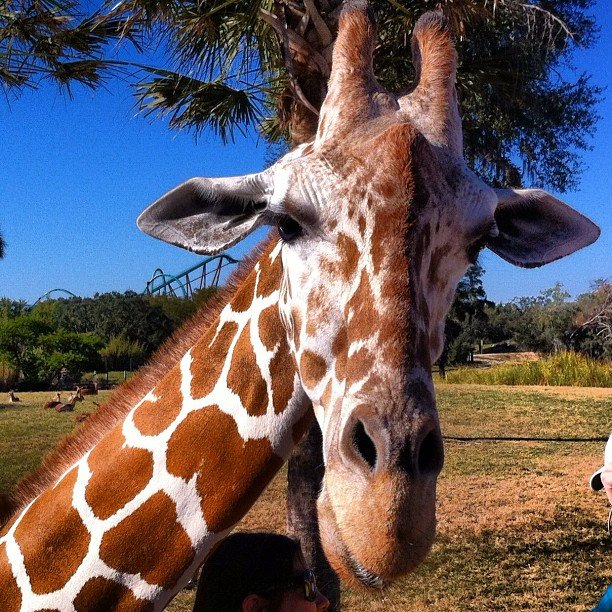 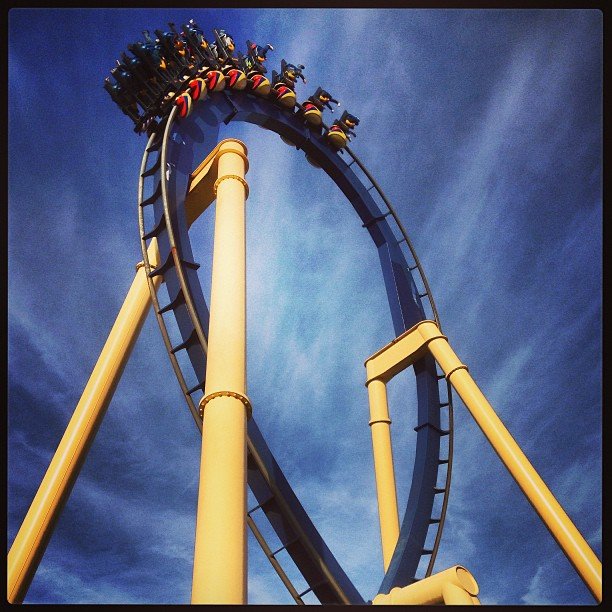 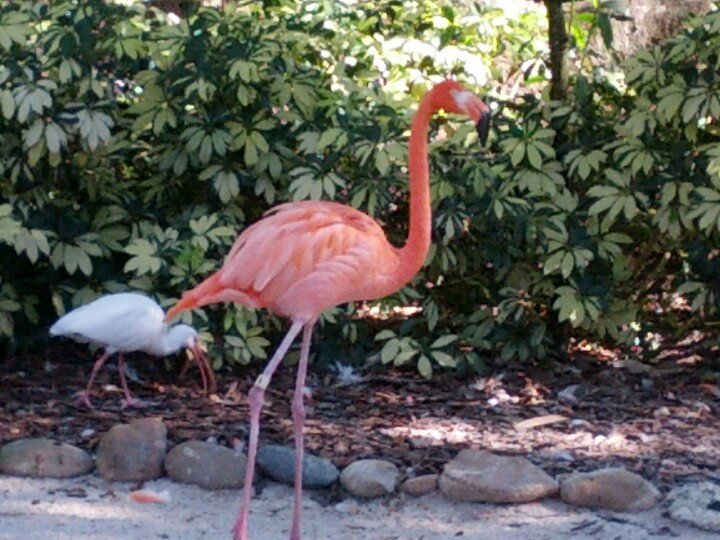 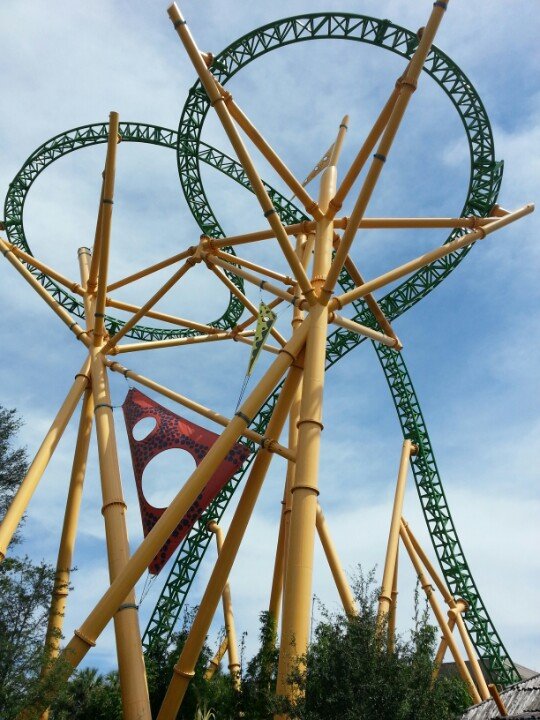 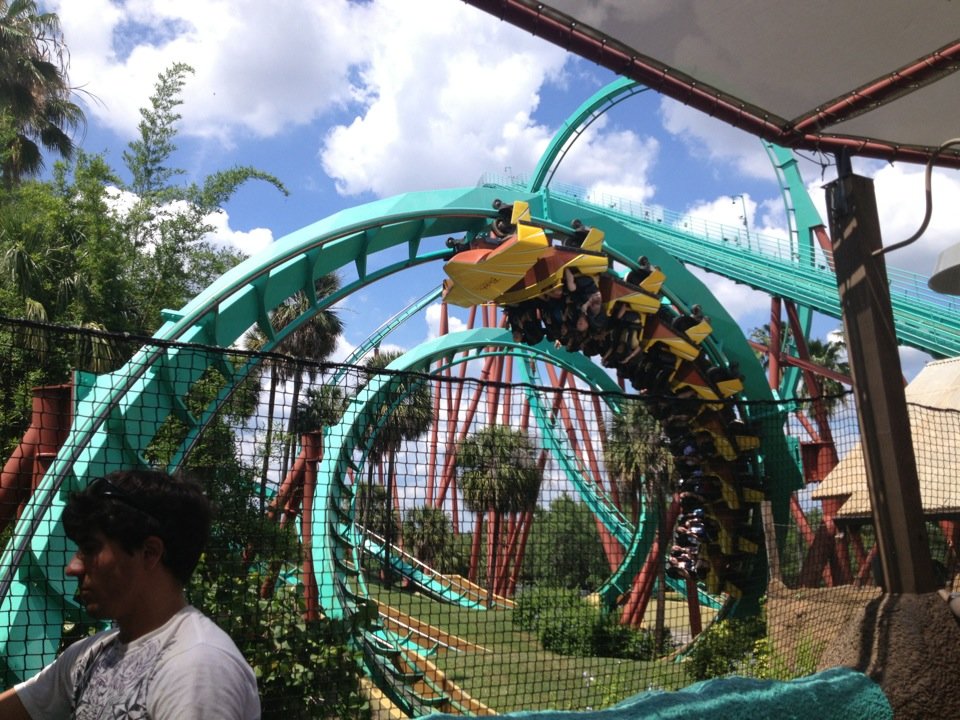 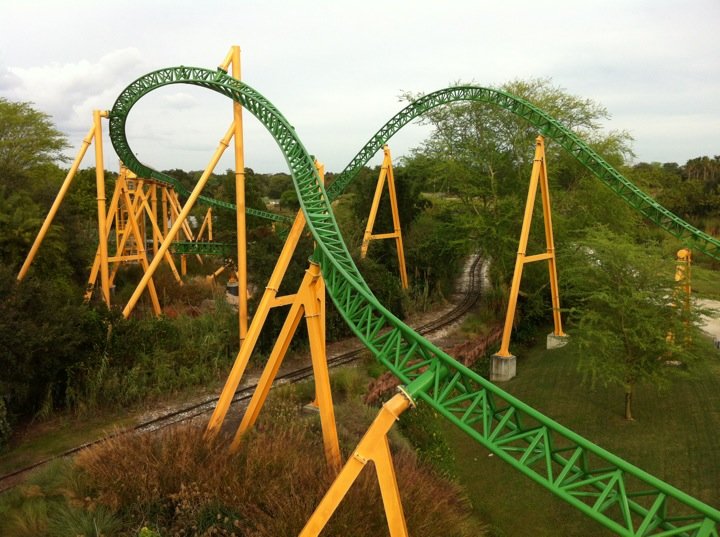 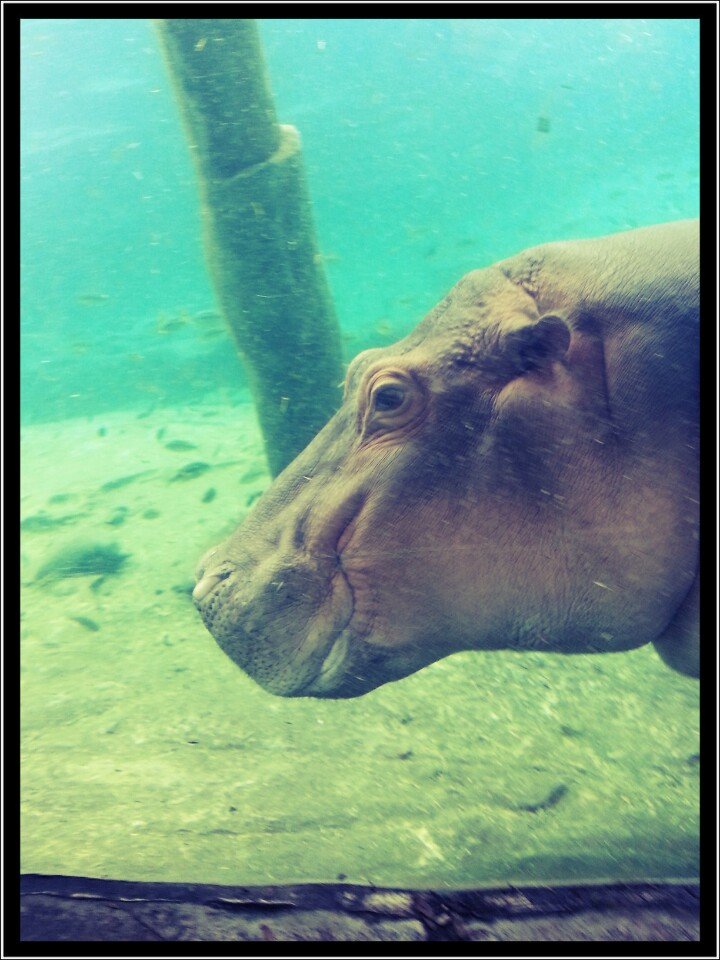 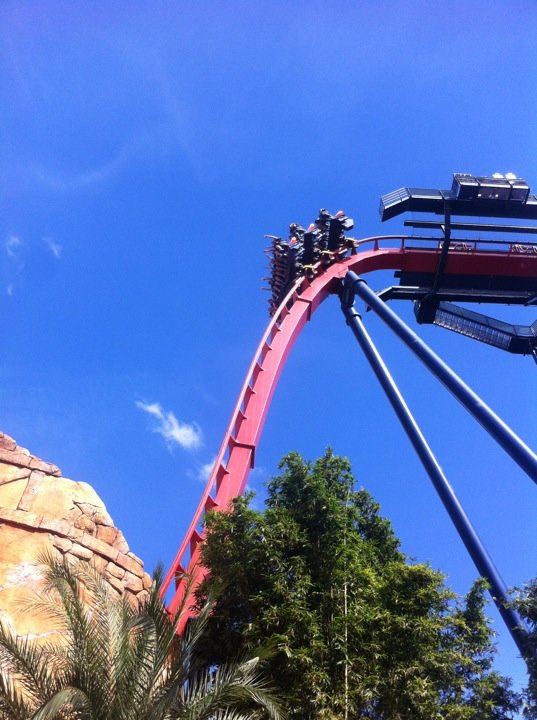 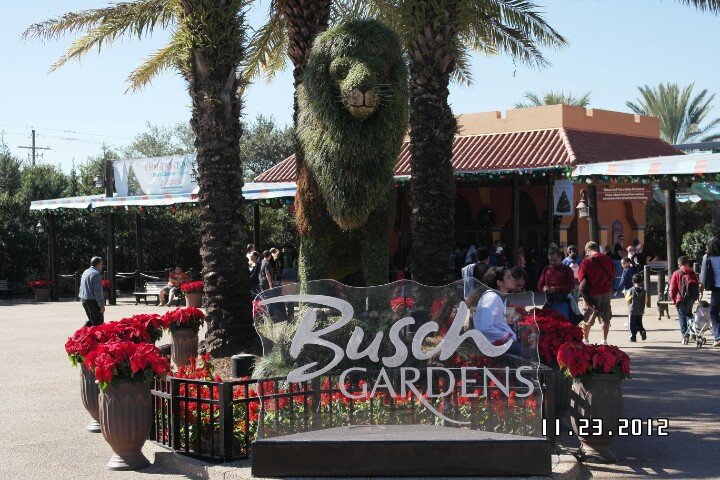 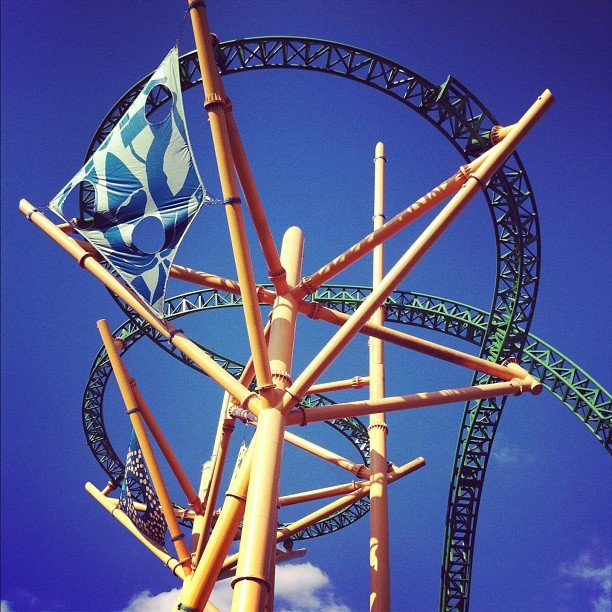 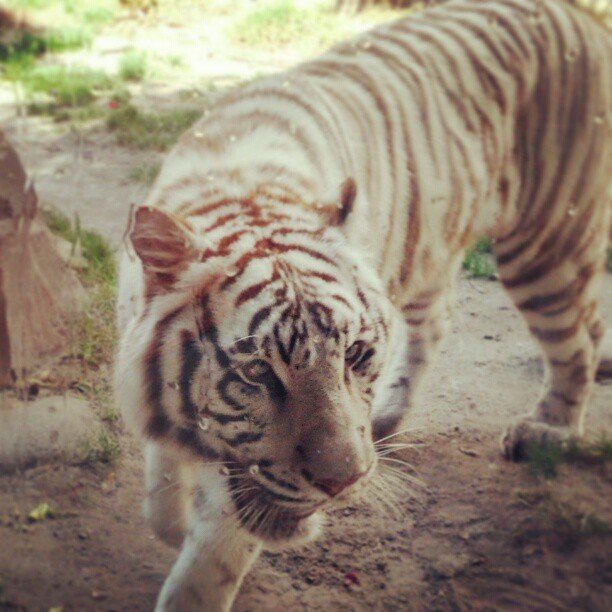 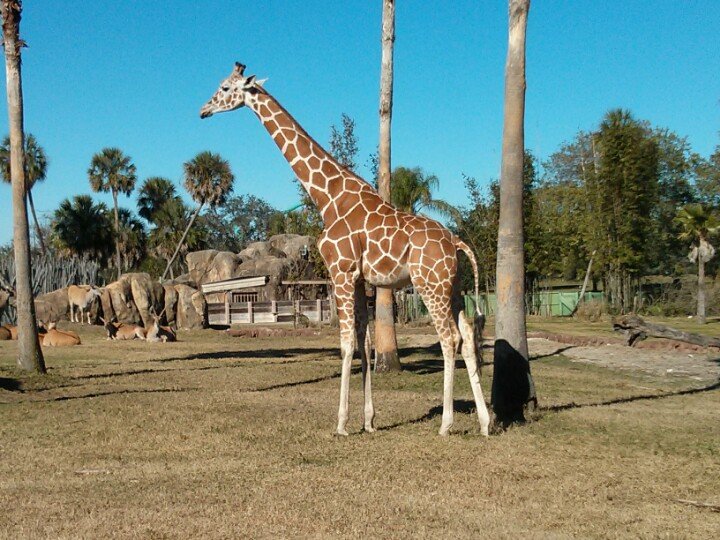 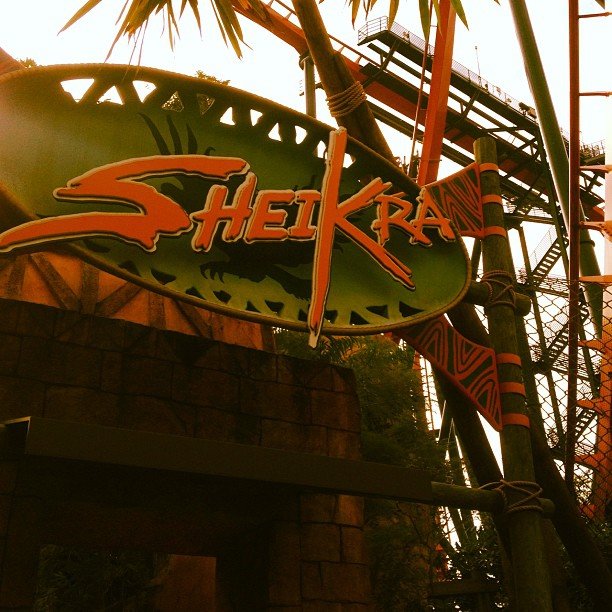 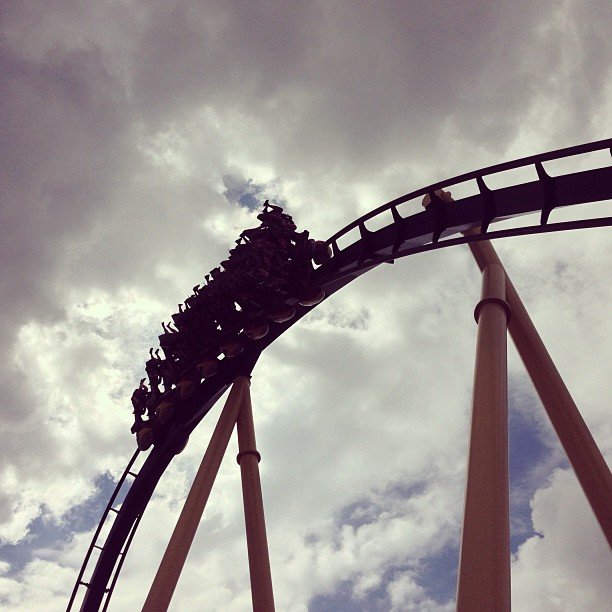 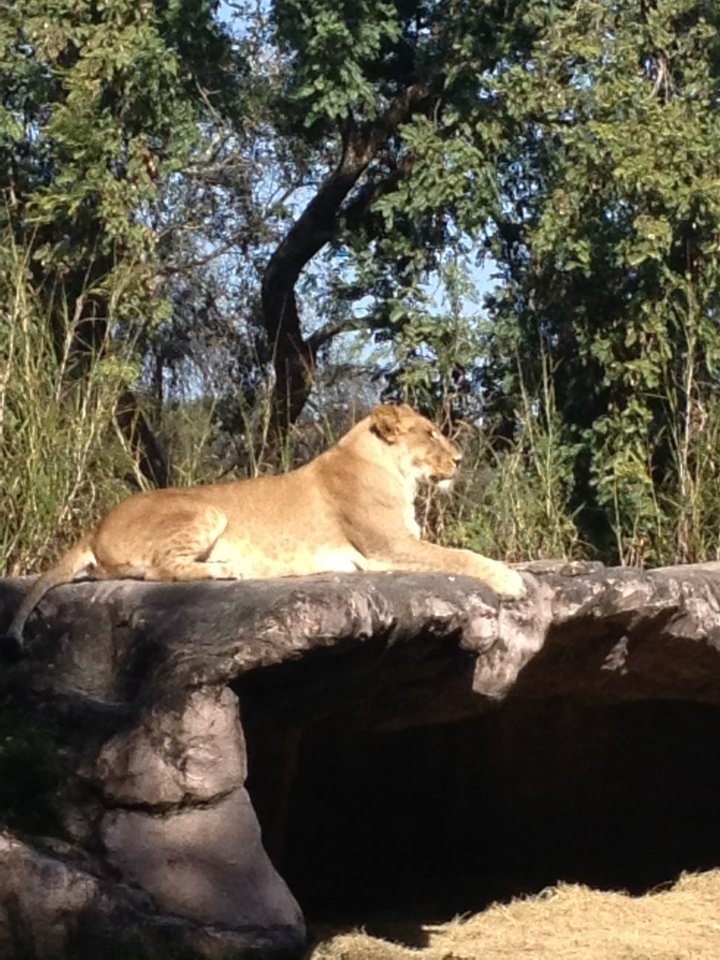 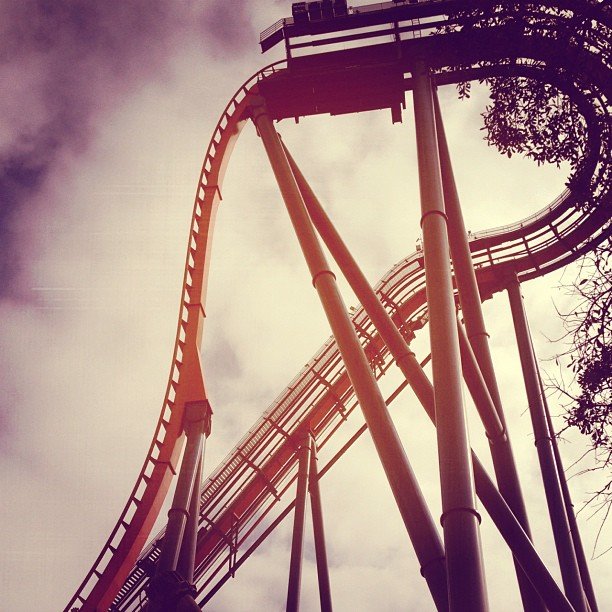 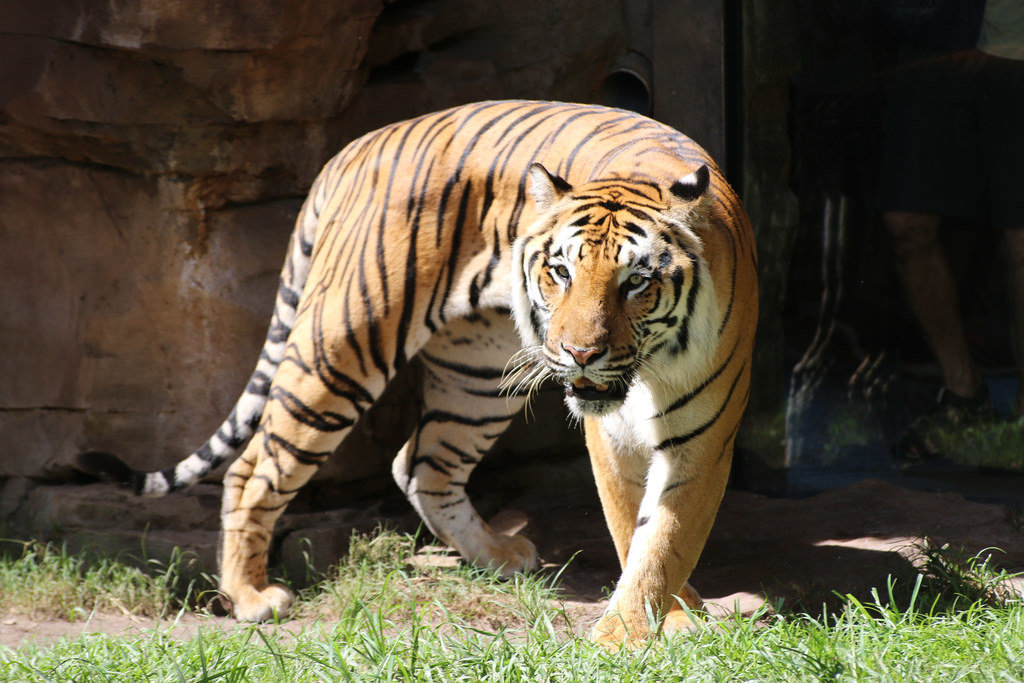 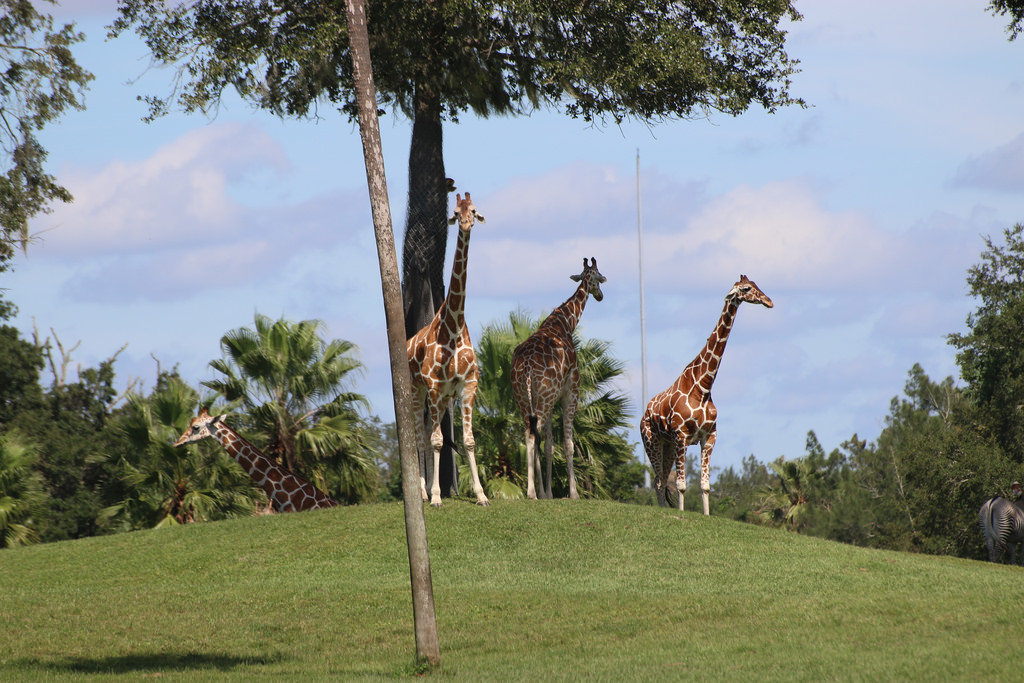 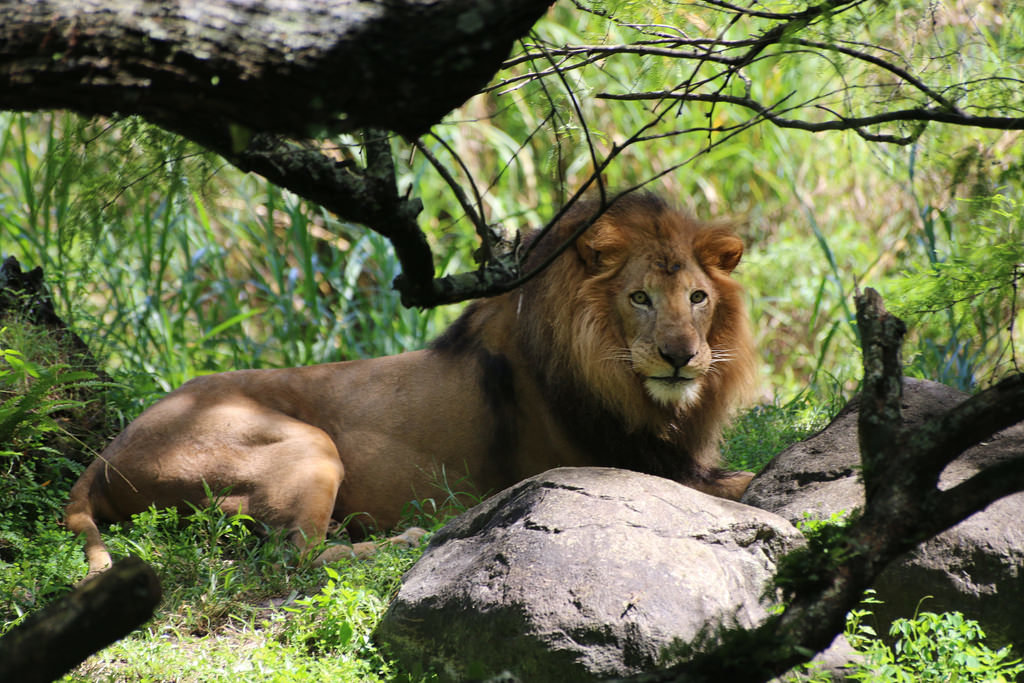 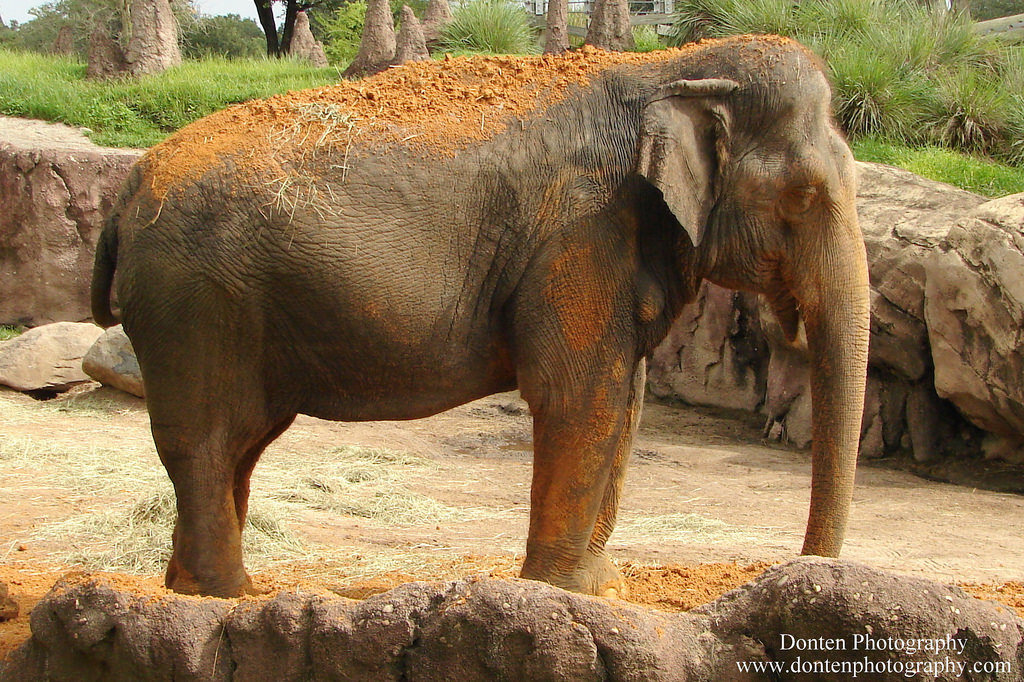