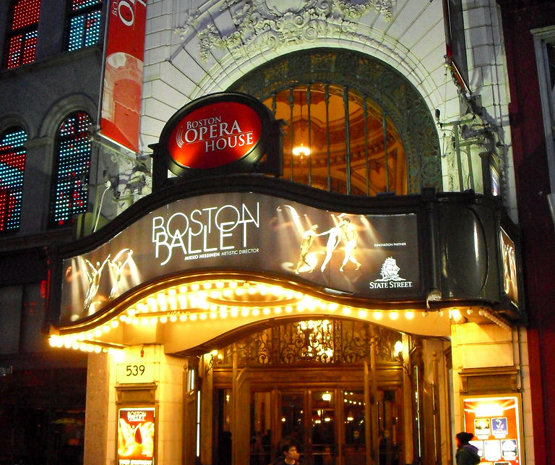 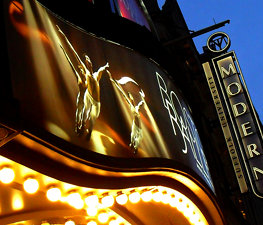 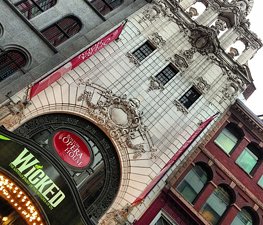 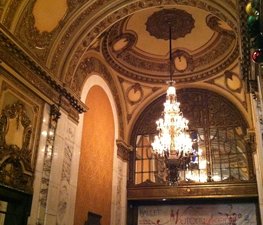 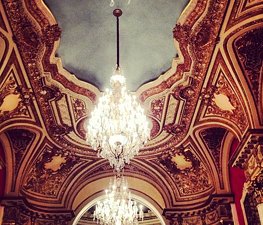 The Boston Opera House is a performing arts venue located at 538 Washington St. in Boston, Massachusetts. Originally built as a movie palace, it opened on October 29, 1928 and was rededicated in 1980 as a home for the Opera Company of Boston. Completely restored in 2004, the theater currently serves as the home of the Boston Ballet and also presents touring Broadway shows.

The Boston Opera House was originally built as the B.F. Keith Memorial Theatre, a lavish movie theater in the Keith-Albee chain, The Keith's Memorial was designed by the prominent theater architect Thomas W. Lamb in one of his most elaborate designs. The theater was dedicated to the vaudeville pioneer B.F. Keith and opened October 29, 1928 presenting first run films along with live vaudeville. By 1929 the theater, now operated by RKO Theatres and called RKO Keith's, had converted to showing only films and remained a leading Boston movie showcase through the 1950s.

In 1965 the Sack Theaters company acquired the theater and renamed it the Savoy Theater. Sack later added a second smaller cinema in the theater's stage space, separated from the original auditorium by a masonry wall built across the proscenium.

In 1980, after closing as a movie house, the theater became the home of opera director Sarah Caldwell's Opera Company of Boston and was renamed the Boston Opera House. The theater was acquired and renovated by the opera company with the help of Boston arts patron Susan Timken. After a decade of innovative opera productions at the house, Caldwell's company collapsed due to financial troubles in 1991. Having previously produced opera since 1958 in rented theaters, the company was not financially prepared to cope with the substantial costs of upkeep for the large theater which had previously been poorly maintained for decades. The company's failure left the theater dark and without funds to maintain it.

Unheated, the building fell prey to extensive water damage, severely damaging the electrical system and the decorative plaster interior of the auditorium. The company's costumes, collected for decades and stored under the damaged roof, were lost. In 1996 the former opera company relinquished ownership of the building.

Mayor Thomas Menino, with the aid of Senator Edward Kennedy (whose father, Joseph, was the first owner), helped to get the theater landmark status. After a series of failed or delayed development proposals, the Clear Channel Company agreed to renovate the theater. The need to enlarge the trapezoidal stage house into the street between buildings provoked a multi-year court fight with the neighboring Tremont on the Commons condominium building, whose concerns with fire safety were eventually overcome with the persuasion of Mayor Menino.

The Boston opera community welcomed the efforts of Mayor Menino and Clear Channel to refurbish the Opera House and the damaged interior was carefully restored in a $38 million renovation. It reopened on July 16, 2004 with the Broadway production of The Lion King. Clear Channel kept the historic theater busy and active with long runs of touring Broadway musicals and pop concerts. While its agreement with city included a clause that opera be produced at least two weeks a year, no opera company has yet returned to make the Opera House its home.

The current owner of the theater is Boston Opera House Ventures, LLC, a partnership of local Boston businessmen Don Law and David Mugar. Its primary tenants are Broadway Across America and the Boston Ballet. Home to Boston Ballet's annual production of The Nutcracker since 2005, the theater became the company's permanent home in 2009.

Cameron Ryan
Great venue to watch a ballet. I've sat in almost every section & never a bad seat. I love all the the marble work & chrystal chandeliers. Gorgeous theatre. They also check ALL bags at the doors.

Cyn Stoltz
Amazing architecture, a sense of what it was long ago. NO leg room though so almost impossible to get comfortable after the first half hour of sitting. Try for aisle seats, little better.

Samantha McDuffee
If you get there late and you're, "on hold" ask about balcony seats for the current act instead of watching the screens. Still a great view and you can get your real seats after intermission.

Geoffrey Grove
Aisle seats on the outer aisles stagger outward giving an unobstructed view for children. You can also use booster seats that are provided for children to use.

Ali
Exquisite interior design and magnificent acoustics. Visit the building for it’s own sake even if you don’t like the kind of music they usually play there.

Timm McIntosh
Theater is very wide, so seats on extreme sides may be obstructed/limited view. But on the plus side, are likely discounted!
Load more comments
foursquare.com
8.6/10
Eileen Cotter and 23,290 more people have been here
I've been here
Add to wishlist

The Park Street Church in Boston, Massachusetts is an active

The Soldiers and Sailors Monument on Boston Common at Boston, in the

Arlington Street Church is a Unitarian Universalist church located in

The Ether Monument, also known as The Good Samaritan, is a statue and

The Freedom Trail is a Шаблон:Convert path through downtown Bosto

The Teatro Massimo Vittorio Emanuele is an opera house and opera 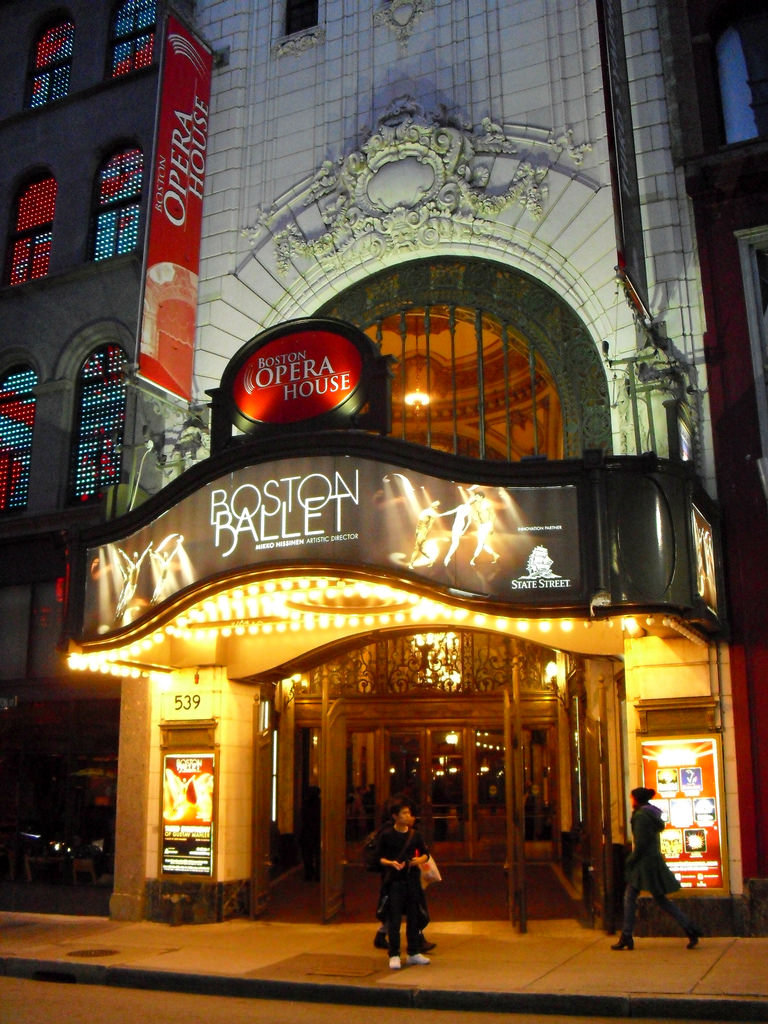 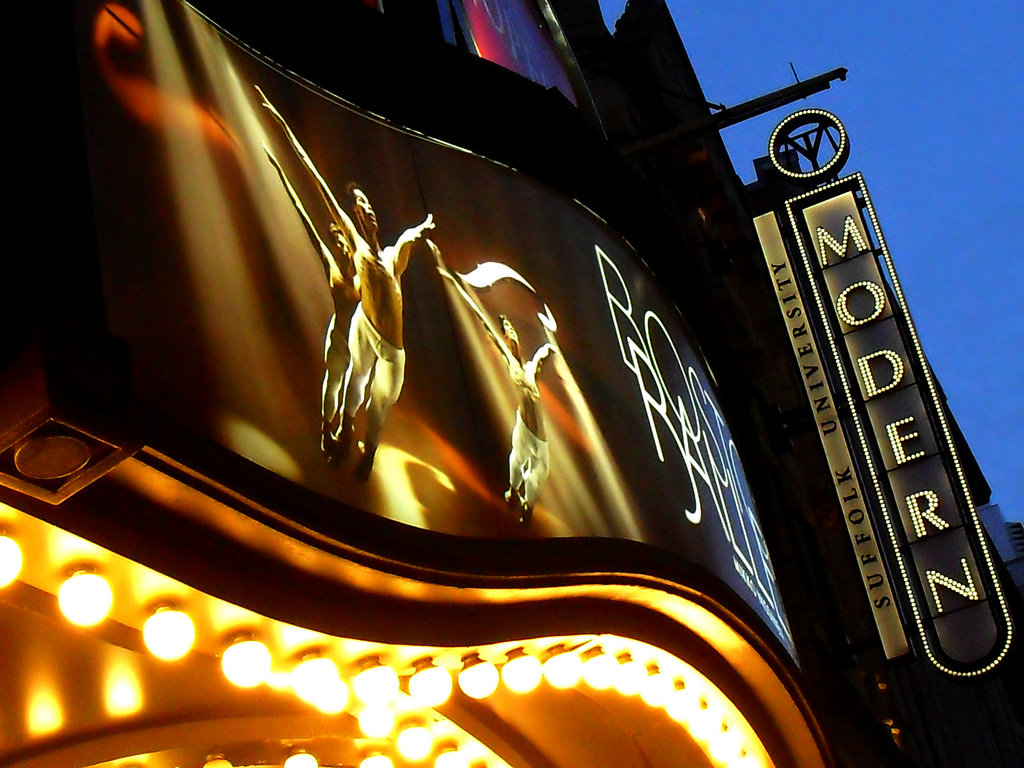 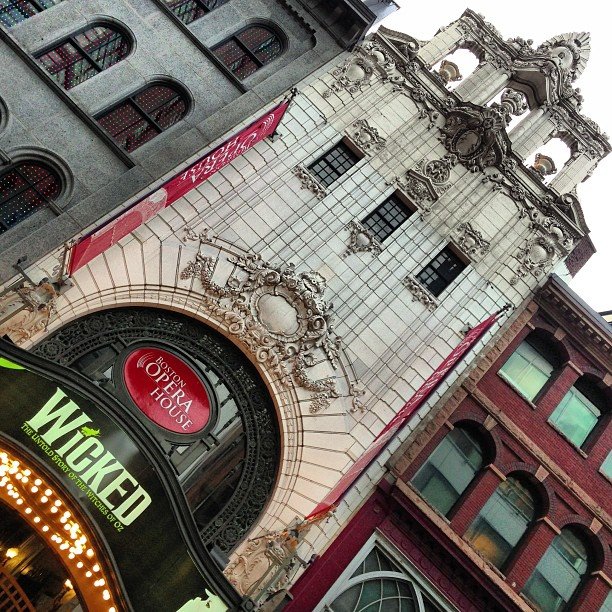 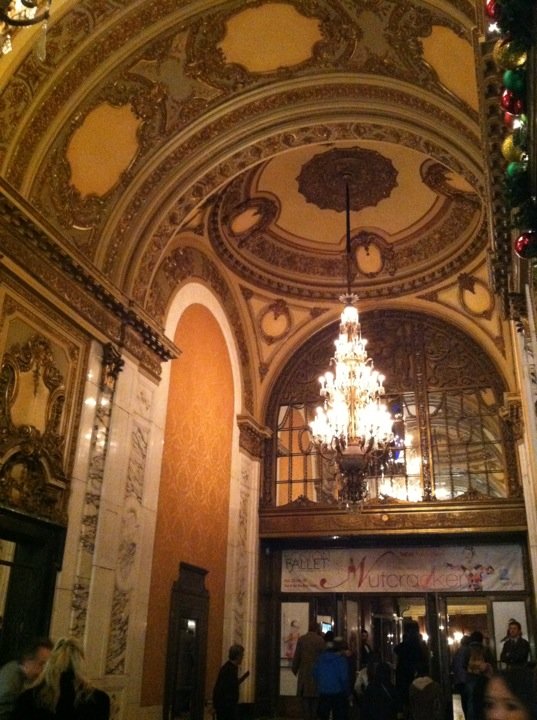 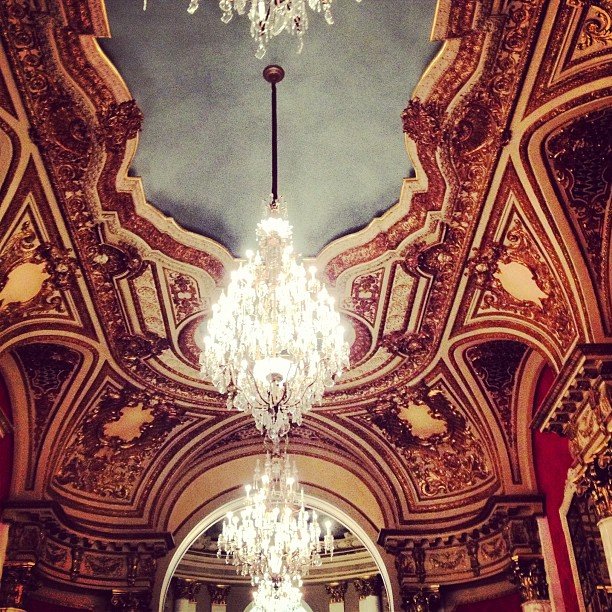