×
What are you looking for?
See all results
Bridges in Istanbul 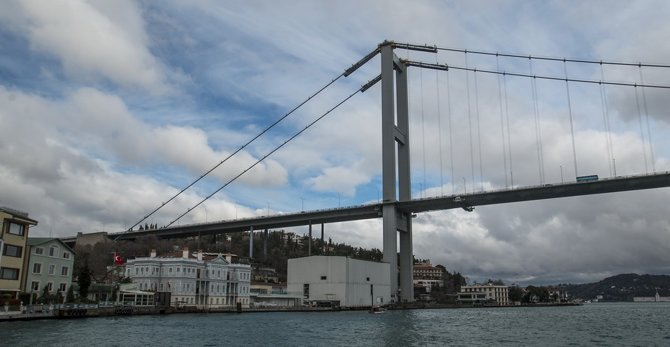 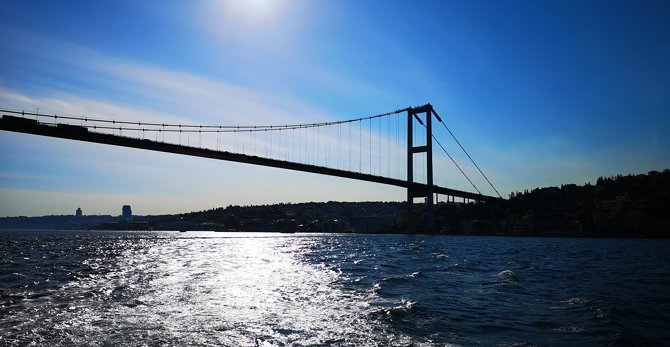 The Bosphorus Bridge, also called the First Bosphorus Bridge (Turkish: Boğaziçi Köprüsü or 1. Boğaziçi Köprüsü) is one of the two bridges in Istanbul, Turkey, spanning the Bosphorus strait (Turkish: Boğaziçi) and thus connecting Europe and Asia (the other one is the Fatih Sultan Mehmet Bridge, which is called the Second Bosphorus Bridge.) The bridge is located between Ortaköy (on the European side) and Beylerbeyi (on the Asian side). It is a gravity anchored suspension bridge with steel pylons and inclined hangers. The aerodynamic deck is hanging on zigzag steel cables. It is 1,510 m (4,954 ft) long with a deck width of 39 m (128 ft). The distance between the towers (main span) is 1,074 m (3,524 ft) and their height over road level is 105 m (344 ft). The clearance of the bridge from sea level is 64 m (210 ft). The Bosphorus Bridge had the 4th longest suspension bridge span in the world when it was completed in 1973, and the longest outside the United States. At present, it is the 16th longest suspension bridge span in the world.

lighting system of changing colours and patterns, developed by Philips, illuminates the bridge at night.]] The decision to build a bridge across the Bosphorus was taken in 1957 by Prime Minister Adnan Menderes. For the structural engineering work, a contract was signed with the British firm Freeman Fox & Partners in 1968. The bridge was designed by the renowned British civil engineers Sir Gilbert Roberts and William Brown who also designed the Humber Bridge, Severn Bridge, Forth Road Bridge, Auckland Harbour Bridge and the Volta River Bridge. The construction started in February 1970, the ceremonies were attended by President Cevdet Sunay and Prime Minister Süleyman Demirel. The construction was carried out by the Turkish firm Enka Construction & Industry Co. along with the co-contractors Cleveland Bridge & Engineering Co. Ltd. (England) and Hochtief AG (Germany). Thirty-five engineers and 400 men worked on the project.

The bridge was completed on 30 October 1973, one day after the 50th anniversary of the founding of the Republic of Turkey, and opened by President Fahri Korutürk and Prime Minister Naim Talu. American comedian and UNICEF Goodwill Ambassador Danny Kaye, dressed as a clown, followed them with a group of Turkish children. As a huge crowd of people started to run after them, the bridge began to vibrate, and the crowd had to be held back to avoid any damage. The cost of the bridge amounted to USD 200 million.

At the time the bridge was opened, much was made of its being the first bridge between Europe and Asia since the pontoon bridge of Xerxes in 480 BCE. That bridge, however, spanned the Hellespont (Dardanelles), some distance away from the Bosporus.

The highway bridge has a total width of eight lanes. Each direction has three lanes for vehicular traffic plus one emergency lane and one sidewalk. On weekday mornings, commuter traffic flows mostly westbound to the European part, so four of the six lanes run westbound and only two eastbound. Conversely, on weekday evenings, four lanes are dedicated to eastbound traffic and two lanes only to westbound.

In the first four years, pedestrians could walk over the bridge, reaching it with elevators inside the towers on both sides. No pedestrians or commercial vehicles like trucks are allowed to use the bridge today.

Nowadays, around 180,000 vehicles pass daily in both directions, almost 85% being automobiles. On 29 December 1997, the one-billionth vehicle passed the bridge. Fully loaded, the bridge sags about 90 cm (35 in) in the middle of the span.

The Bosphorus Bridge is a toll bridge, and a toll plaza with 13 toll booths is situated near the bridge on the Asian side. A toll is charged for passing from Europe to Asia, but not for passing in the reverse direction. Since 1999, some of the toll booths (#9 - #13), located to the far left as motorists approach them, are unmanned and equipped only with a remote payment system (Turkish: OGS) in order to speed up traffic. In addition to OGS, another toll pay system with special magnetic cards (Turkish: KGS) was put in service for use at specific toll booths in 2005. From April 3, 2006, toll booths will accept only KGS and OGS. From this date on, cash payments will be accepted only at the Fatih Sultan Mehmet Bridge, about five kilometres to the north. In 2006 the toll was 3.00 YTL or about $2.00.

Since April 2007, a fully computerized LED lighting system of changing colours and patterns, developed by Philips, illuminates the bridge at night.

The Intercontinental Istanbul Eurasia Marathon, organized annually in October, starts from the Anatolian part of Istanbul, crosses the Bosphorus on the bridge and ends in the European part during which the bridge is closed to the vehicular traffic.

Visitors to Istanbul in October can sign up for the 'fun run' at many points round the city and take the opportunity to cross the bridge by foot - many take picnics to enjoy the view.

On 15 May 2005 at 7.00 a.m. local time, U.S. tennis star Venus Williams played a show game with Turkish standout İpek Şenoğlu on the bridge, the first tennis match ever to be played on two continents. The event was organized as a promotion ahead of the 2005 WTA Istanbul Cup and lasted five minutes. After the exhibition, they both threw a tennis ball into the Bosphorus.

On 17 July 2005 at 10.30 a.m. local time, British Formula One driver David Coulthard drove his Red Bull racing car on the bridge first from the European side to the Asian side, and then turning with a spectacular powerslide at the toll plaza back to the European side for show. He parked his car in the garden of Dolmabahçe Palace where his ride had started. While crossing the bridge with his Formula 1 car, Coulthard was picked up by the automatic surveillance system and charged with a fine of 20 Euros because he passed through the toll booths without payment. His team accepted to pay for him.

匚卂几乇尺 Ꮆ乇乙Ꮆ乇乙
The Bosphorus Bridge is connecting Europe and Asia. Fully computerized LED lighting system of changing colours and patterns, illuminates the bridge at night. It's nice one bridge. ????

Zeynellll
The Bridge links Asia and Europe peerlessly... There are many wonders occured around the world but this landscape and ambience are unique!!!

Oğuz A.
Exquisite scenery vs. crazy traffic... Crossing continents with a 1 mile drive over the Bosporus is a unique experience nevertheless.

peyman g
Really nice bridge. You are not allowed to walk on it or you will get arrested. If you like to see the best view from top of the bridge, It's best to take the MertoBus from one side to the other.

Kamyar Fatemifar
Great Tour , Dancing and Nice Food on The boat I Suggest You Check it Out
Load more comments
foursquare.com

Yıldız Park (Turkish: Yıldız Parkı) is a historical, urban park in B 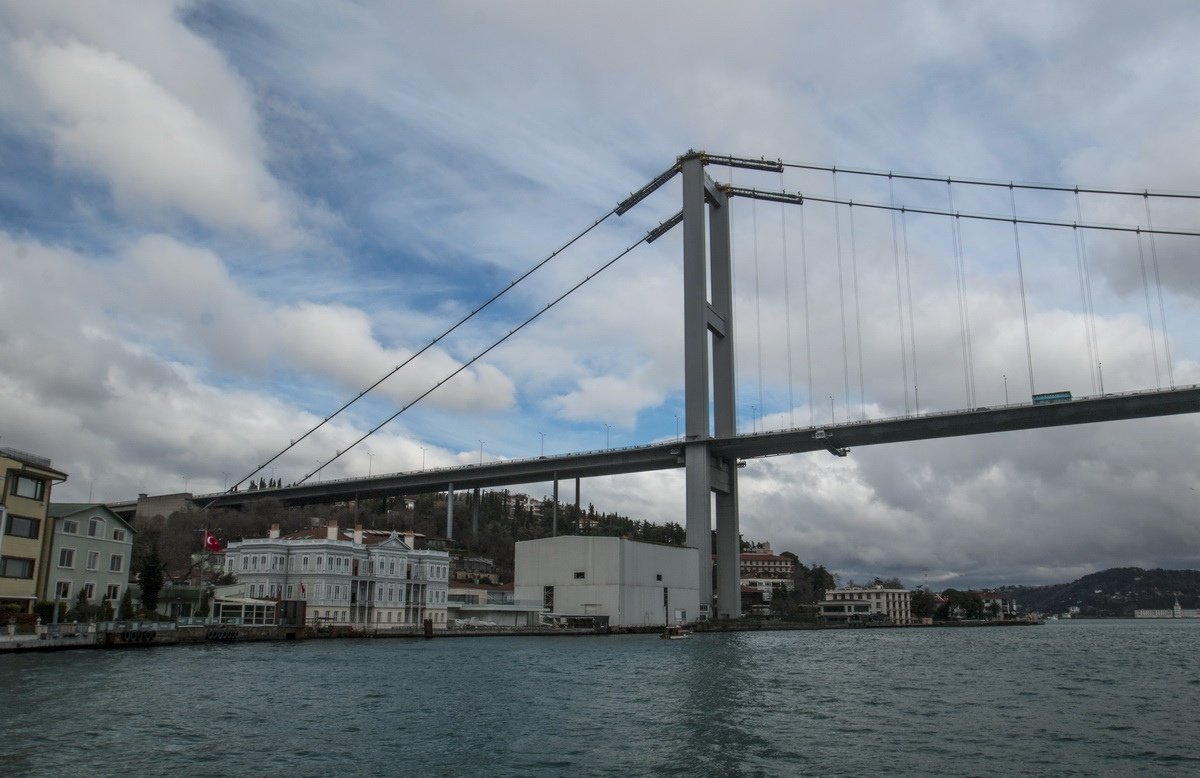 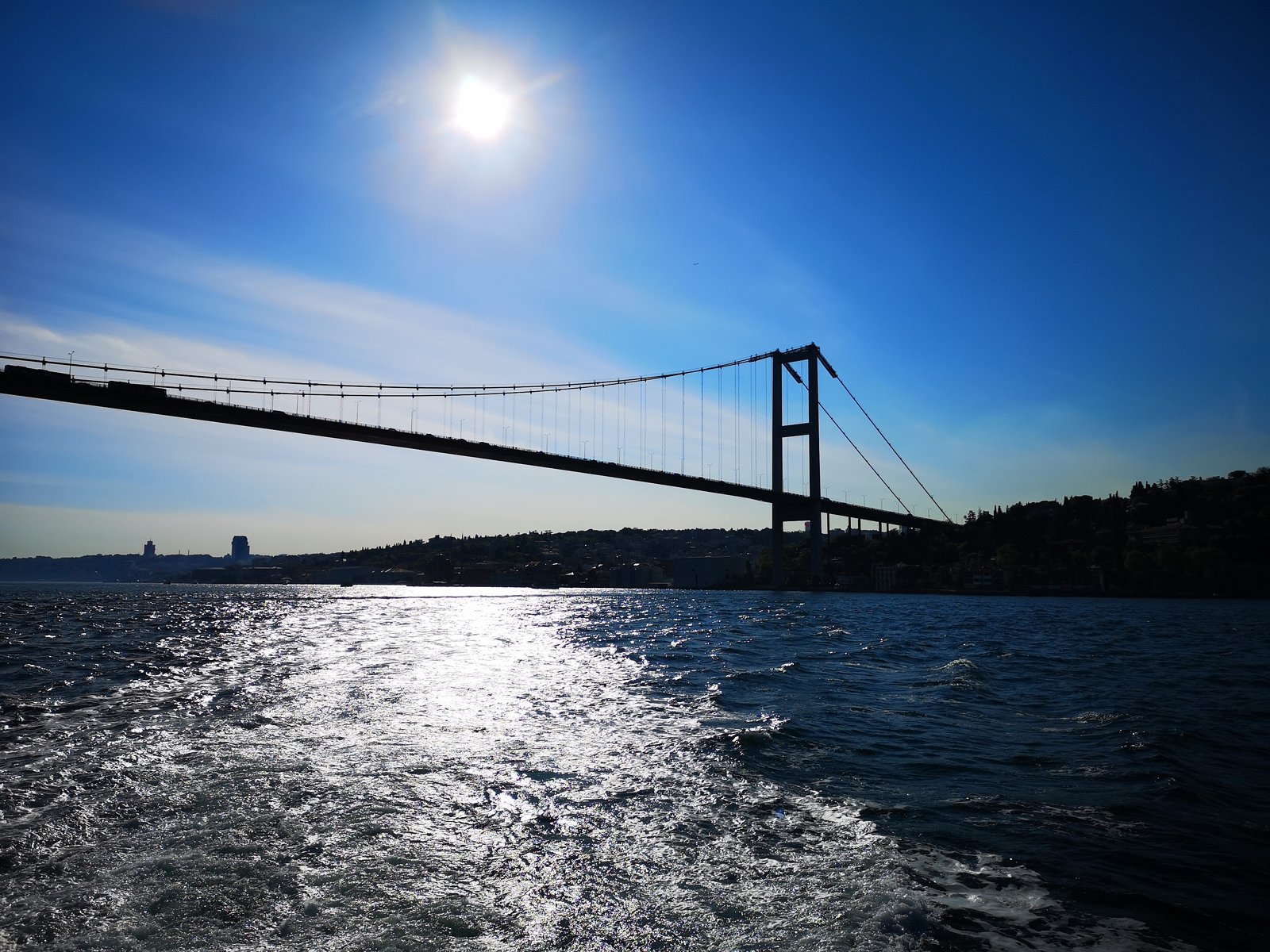 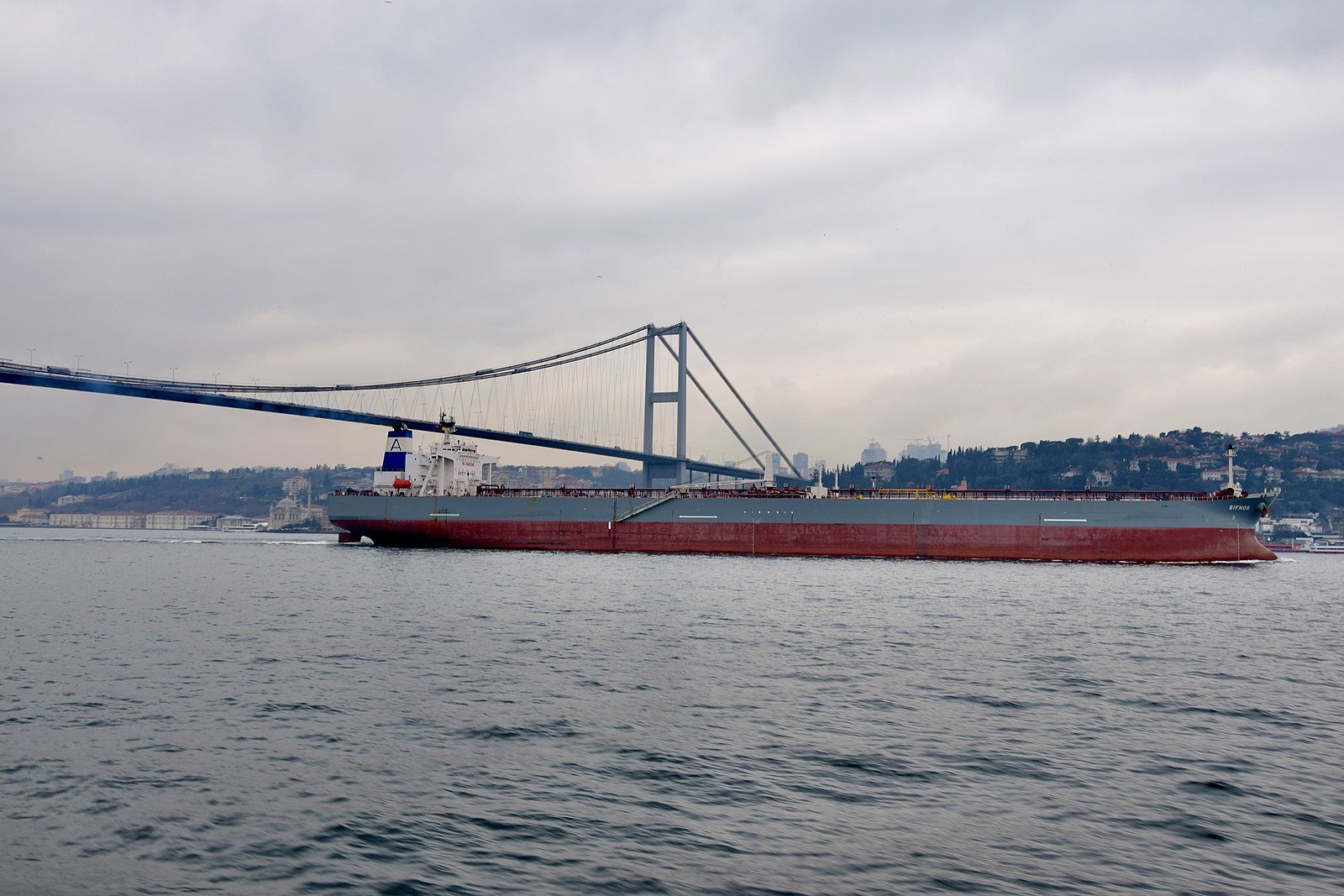 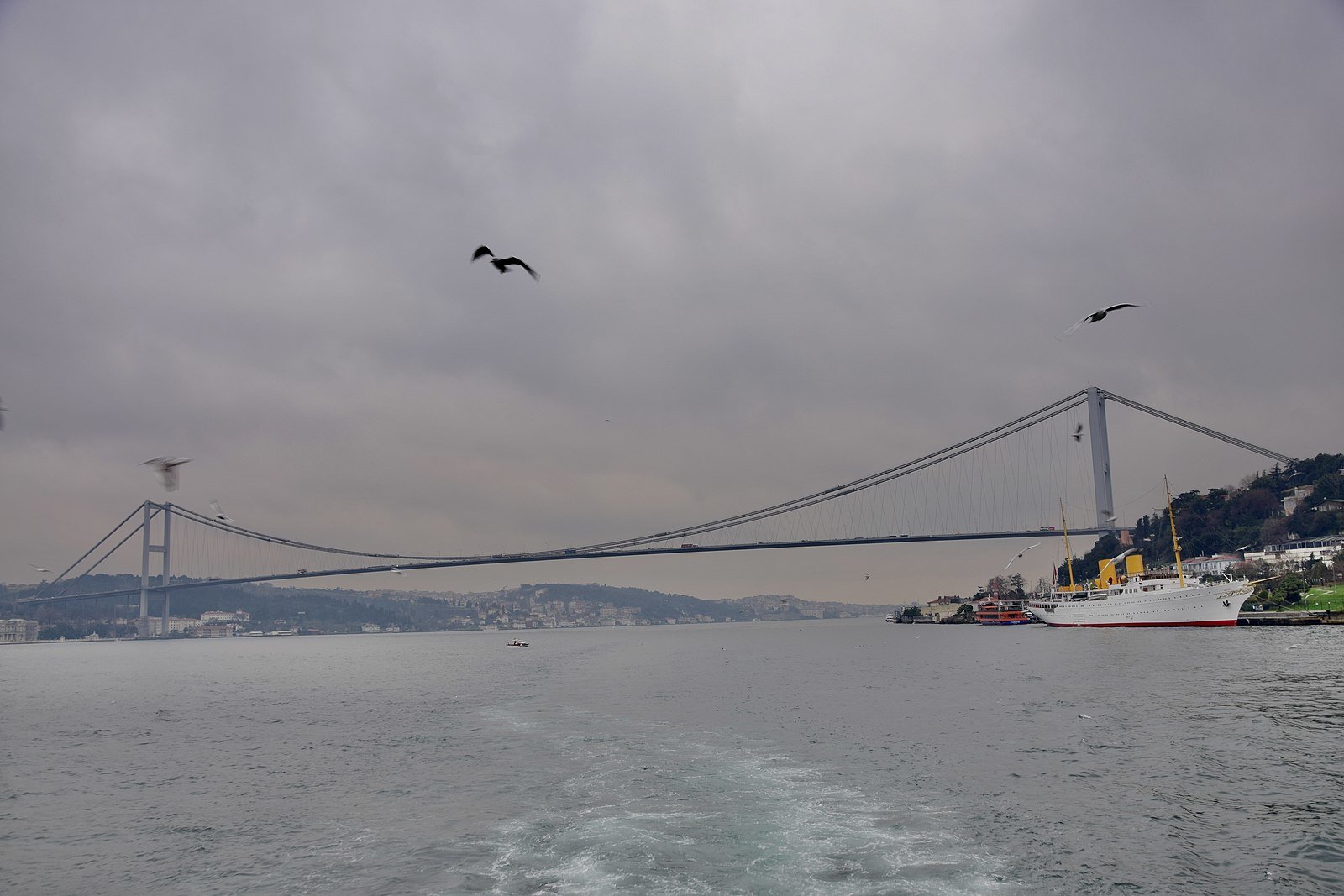 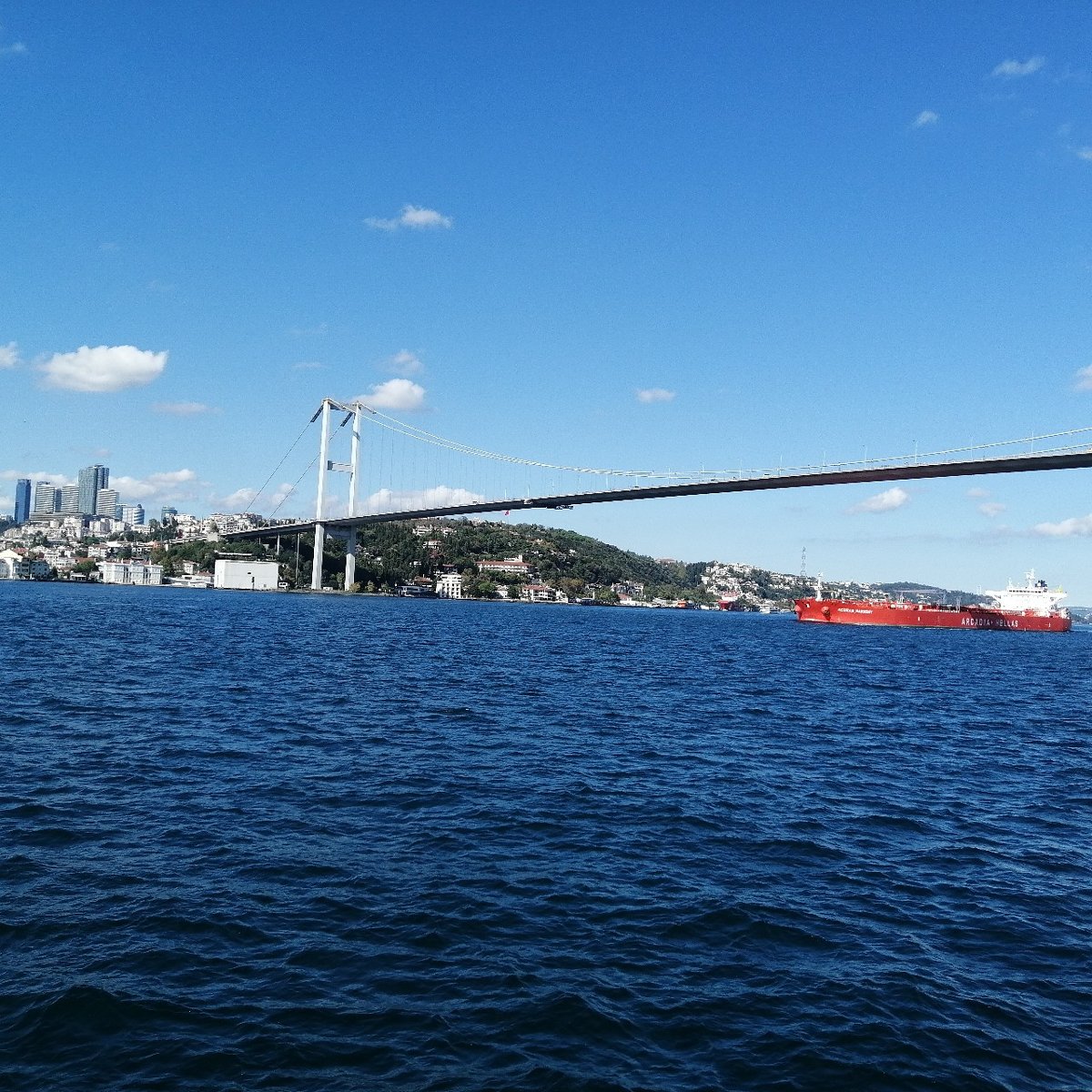 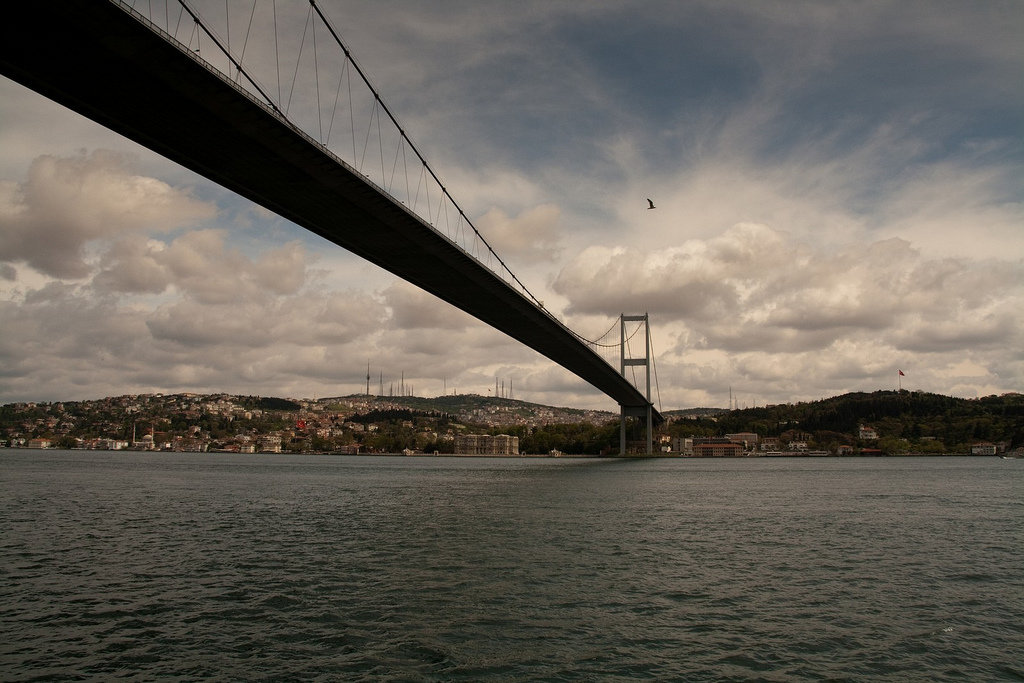 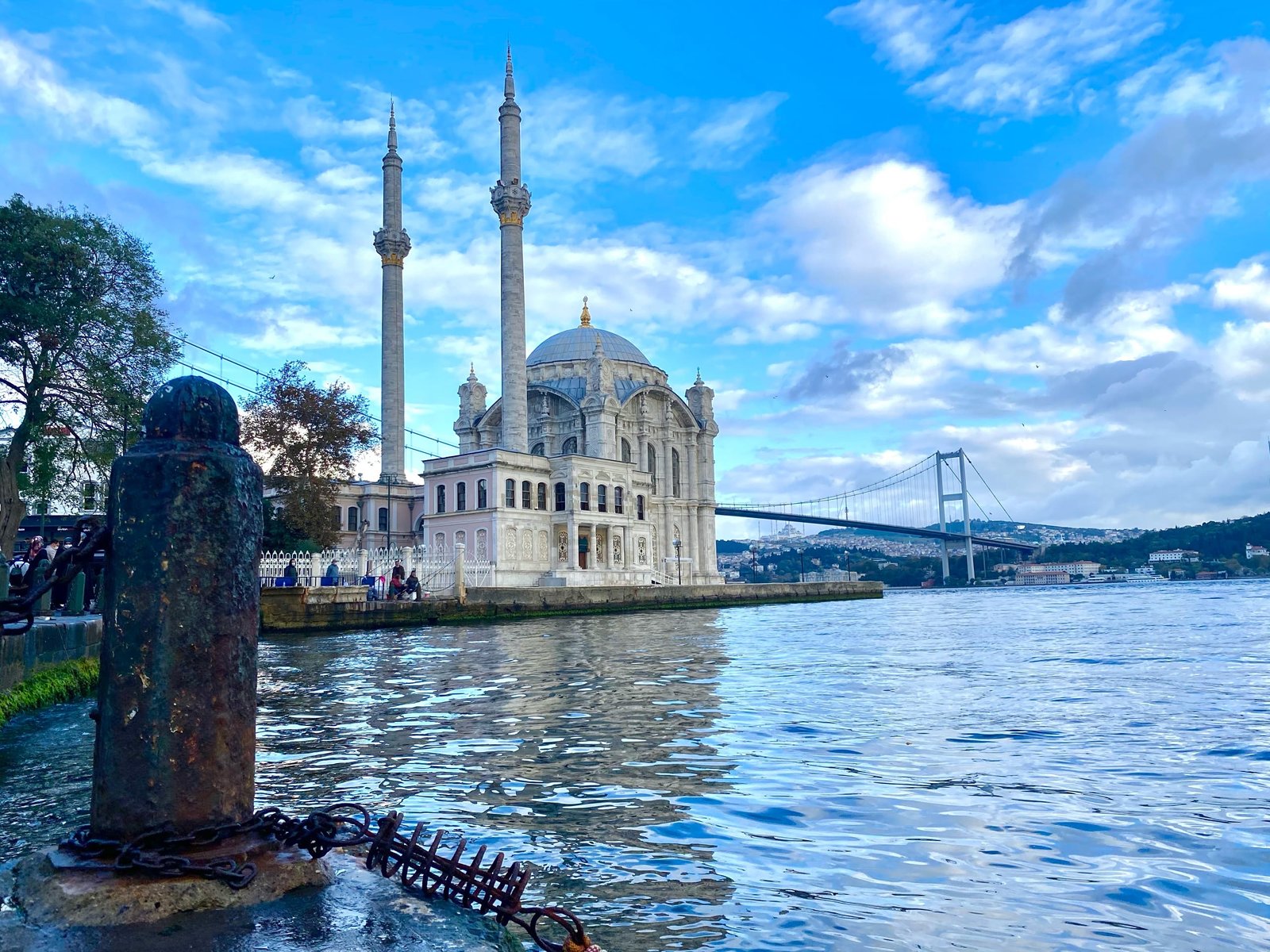 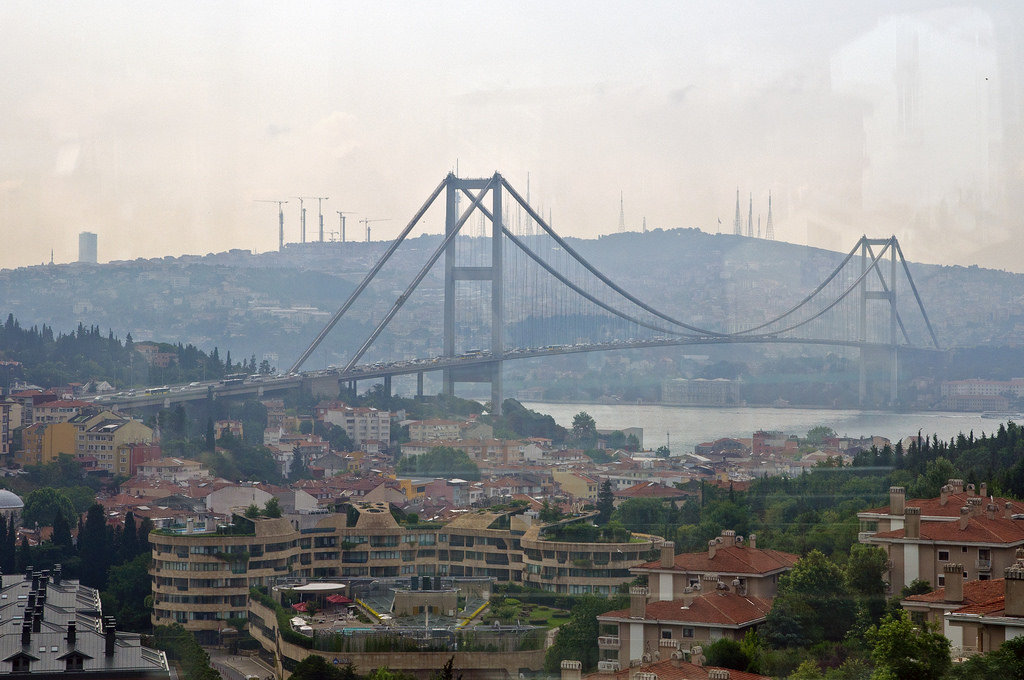 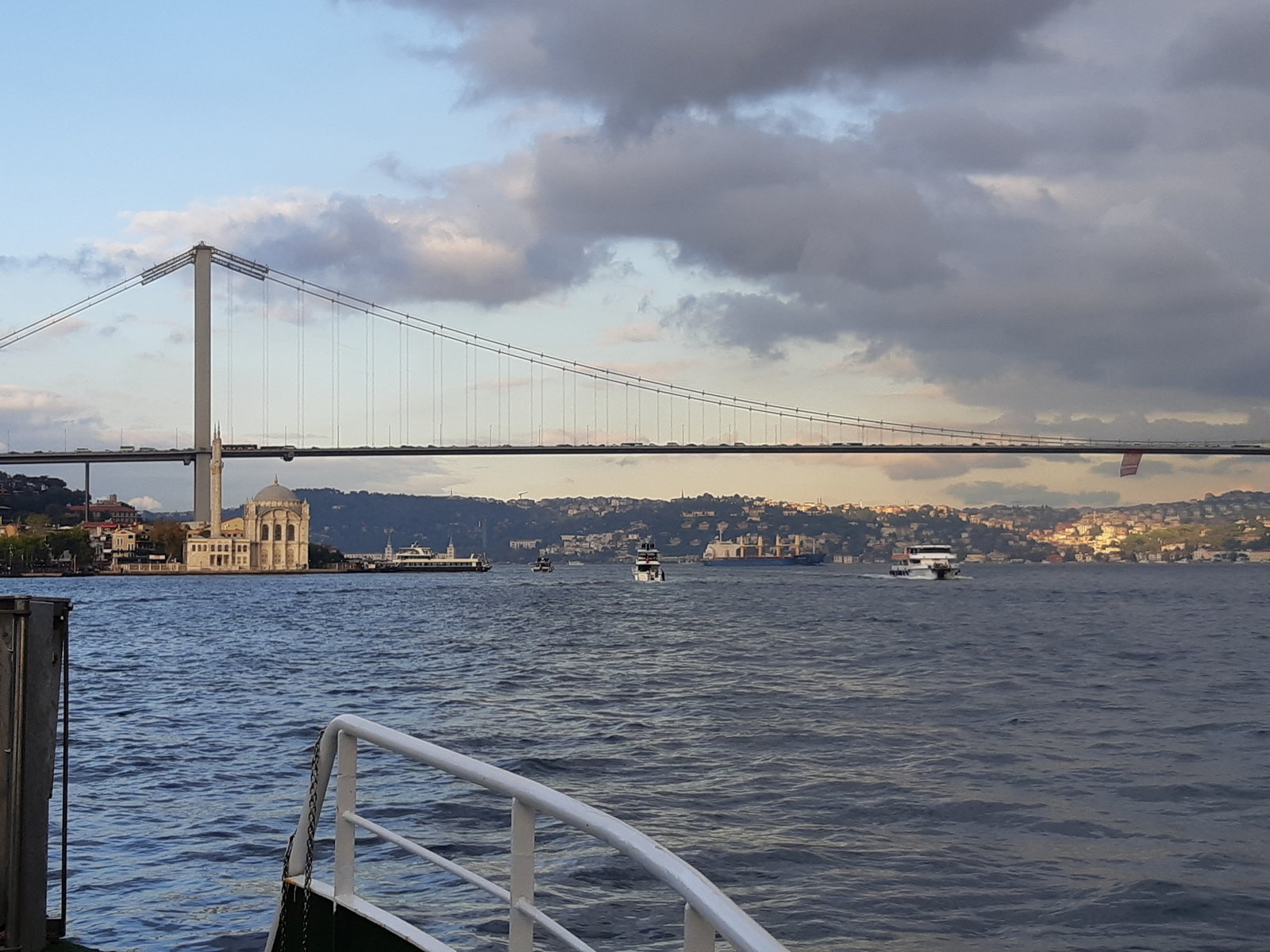 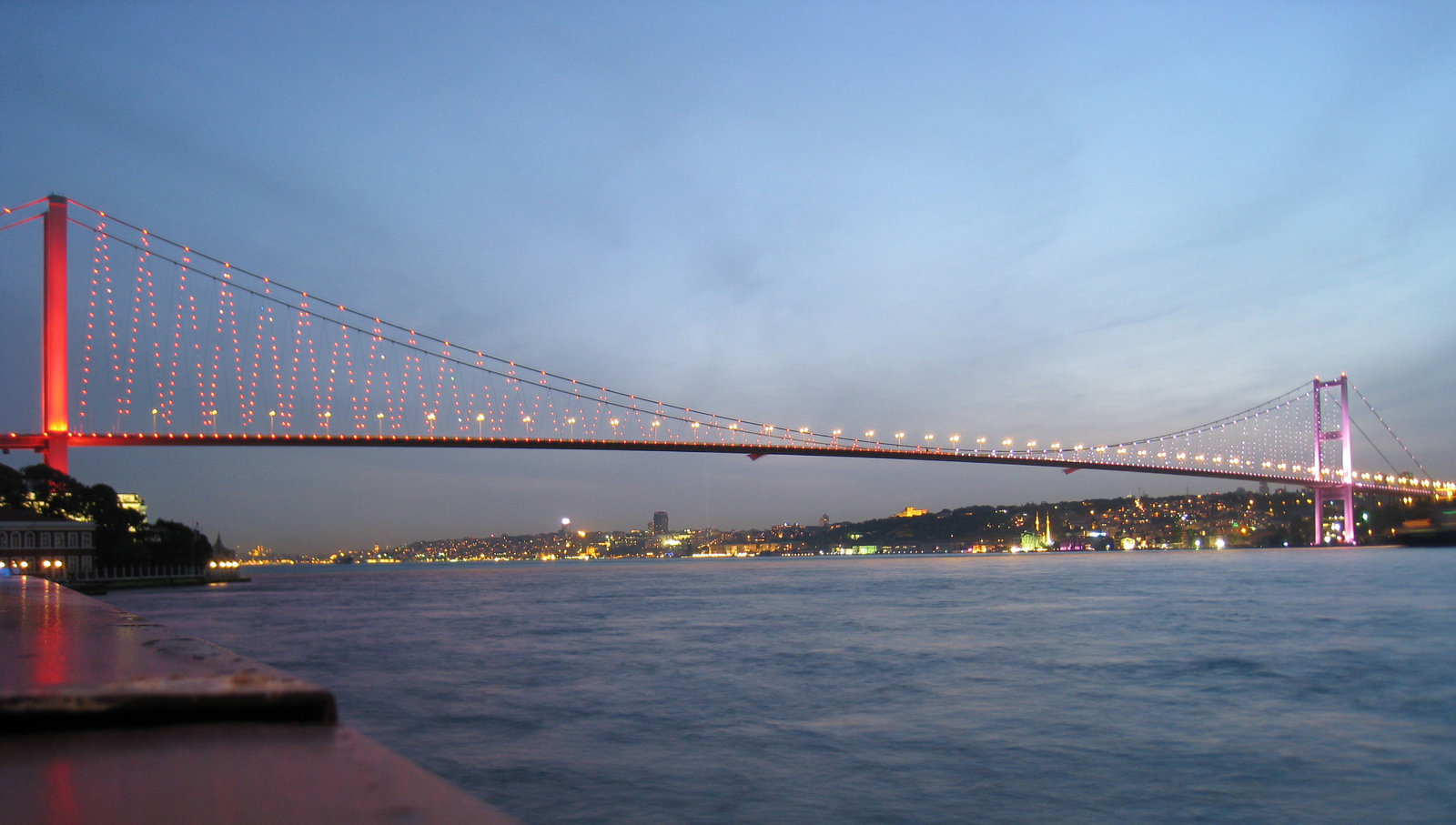 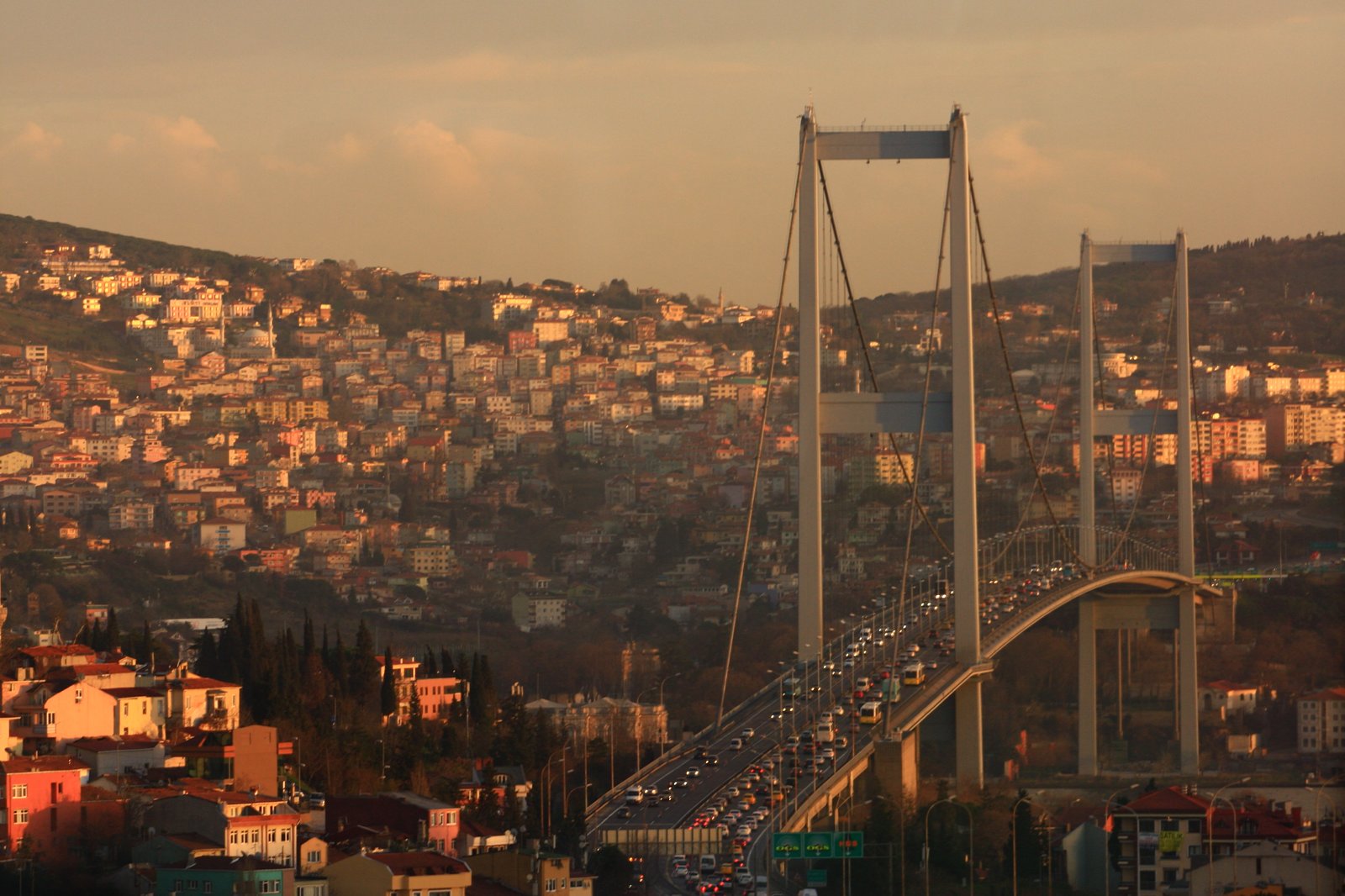 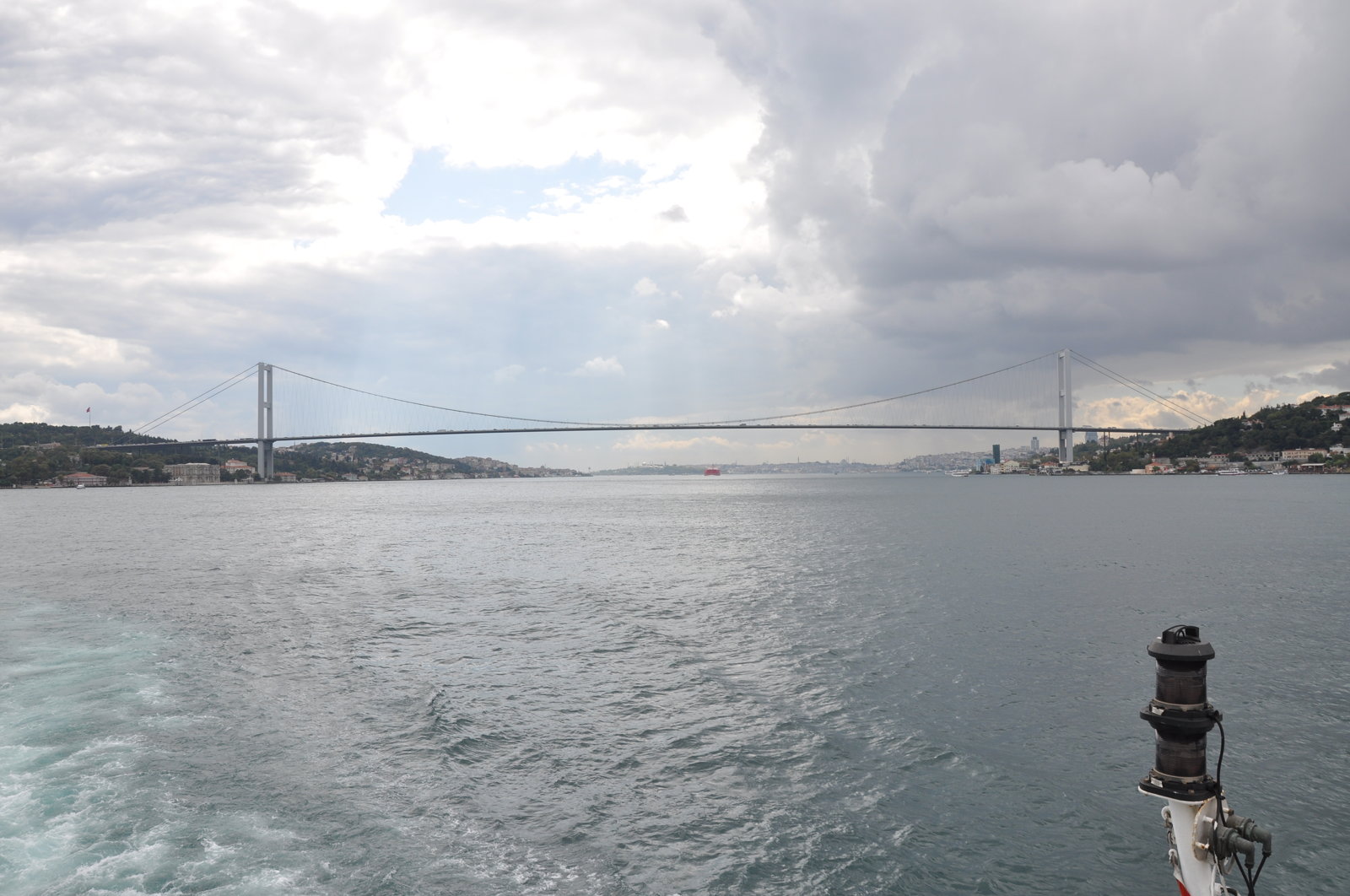