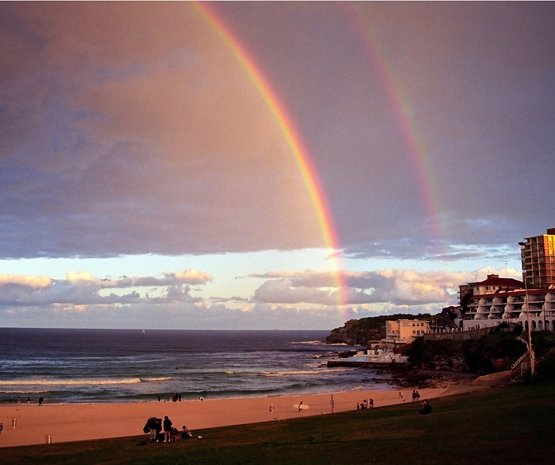 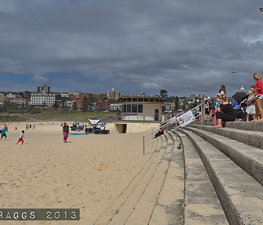 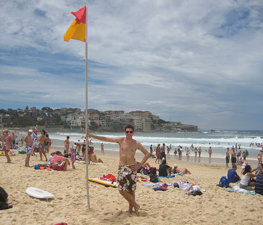 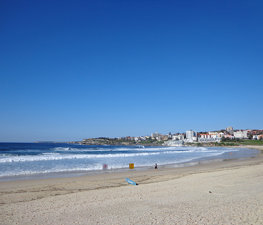 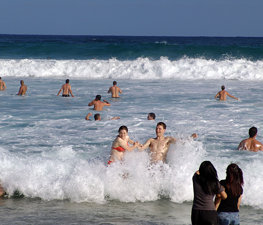 Bondi Beach (pronounced "BOND-eye", or /'bɒndaɪ/) is a popular beach and the name of the surrounding suburb in Sydney, Australia. Bondi Beach is located 7 kilometres east of the Sydney central business district, in the local government area of Waverley Council, in the Eastern Suburbs. Bondi, North Bondi and Bondi Junction are neighbouring suburbs.

In 1809, the road builder William Roberts received a grant of land in the area. In 1851, Edward Smith Hall and Francis O'Brien purchased 200 acres (0.81 km2) of the Bondi area that included most of the beach frontage, which was named the "The Bondi Estate." Hall was O'Brien's father-in-law. Between 1855 and 1877 O'Brien purchased his father-in-law's share of the land, renamed the land the "O'Brien Estate," and made the beach and the surrounding land available to the public as a picnic ground and amusement resort. As the beach became increasingly popular, O'Brien threatened to stop public beach access. However, the Municipal Council believed that the Government needed to intervene to make the beach a public reserve. On 9 June 1882, the Bondi Beach became a public beach.[]

On 6 February 1938, 5 people drowned and over 250 people were rescued after a series of large waves struck the beach and pulled people back into the sea, a day that became known as "Black Sunday".

Bondi Beach was a working class suburb throughout most of the twentieth century. Following World War II, Bondi Beach and the Eastern Suburbs became home for Jewish migrants from Poland, Russia, Hungary, Czechoslovakia and Germany, while a steady stream of Jewish immigration continues into the 21st century mainly from South Africa, Russia and Israel, and the area has a number of synagogues, a kosher butcher and the Hakoah Club.

An ordnance governing the decency of swimming costumes was in force between 1935 and 1961, and resulted in public controversy as the two-piece "bikini" became popular after World War II. Waverley Council's beach inspectors, including the legendary Aub Laidlaw, were responsible for enforcing the law and were required to measure the dimensions of swimwear and order offenders against public decency off the beach. The rule became increasingly anachronistic during the 1950's and was replaced in 1961 with one requiring bathers be "clad in a proper and adequate bathing costume", allowing for more subjective judgement of decency. By the 1980s topless bathing had become common at Bondi Beach, especially at the southern end.

Sydney's Water Board maintained an untreated sewage outlet not far from the north end of the beach which was closed in the mid 1990s when a deep water ocean outfall was completed.

Bondi Beach is about one kilometre long and receives many visitors throughout the year. Surf Life Saving Australia has given different hazard ratings to Bondi Beach in 2004. But it remains one of the best beaches in the world. While the northern end has been rated a gentle 4 (with 10 as the most hazardous), the southern side is rated as a 7 due to a famous rip current known as the "Backpackers' Express" because of its proximity to the bus stop, and the unwillingness of tourists to walk the length of the beach to safer swimming. The south end of the beach is generally reserved for surfboard riding. Yellow and red flags define safe swimming areas, and visitors are advised to swim between them.

There is an underwater shark net shared, during the summer months, with other beaches along the southern part of the coast. Pods of whales and dolphins have been sighted in the bay during the months of migration. Fairy penguins, while uncommon, are sometimes also seen swimming close to shore.

In 2007, the Guinness World Record for the largest swimsuit photo shoot was set at Bondi Beach, with 1,010 women wearing bikinis taking part.

Bondi Beach was added to the Australian National Heritage List in 2008.

Bondi Beach is the end point of the City to Surf Fun Run which is held each year in August. The race attracts over 63,000 entrants who complete the 14 km run from the central business district of Sydney to Bondi Beach. Other annual activities at Bondi Beach include Flickerfest, Australia's premier international short film festival in January, World Environment Day in June, and Sculpture By The Sea in November. In addition to many activities, the Bondi Beach Markets is open every Sunday. Many Irish and British tourists spend Christmas Day at the beach.

An Oceanway connects Bondi to South Head to the north and other beaches to the south up to Coogee.

Bondi Beach hosted the beach volleyball competition at the 2000 Summer Olympics. A temporary 10,000-seat stadium, a much smaller stadium, 2 warm-up courts, and 3 training courts were set up to host the tournament.

Bondi Surf Bathers' Life Saving Club is the world's first surf lifesaving club and North Bondi Surf Lifesaving Club is a federation club. Both clubs were founded in 1907. Bondi members invented the surf reel and many other icons of lifesaving. Surf Lifesavers from both clubs were involved in the largest rescue ever on a single day, known as 'Black Sunday'. Bondi holds the most Australian Surf Lifesaving Championship gold medals in R&R (rescue & resuscitation) and North Bondi hold the most gold medals in March Past. []

The Swimming Club's origin dates back to 1929 and owes its origins to the desire of a band of dedicated local lifesavers who wished to maintain their fitness during the winter months. They formed the Bondi Icebergs Winter Swimming Club and drew up a constitution and elected office bearers. Included in the constitution was a rule that to maintain membership it was mandatory that swimmers compete on three Sundays out of four for a period of five years.

The Icebergs became licensed in 1960 and the members moved from a tin shed into comfortable premises with Bar and Poker Machines. A further update took place in the 1970s enabling the Club to operate on two floors. In 1994, female members were admitted and in 2002 the Club opened their new premises.

Numerous festivals and events such as the annual Miss Bondi beauty pageant have made Bondi Beach a popular destination among travellers. The beach has long captured the attention of poets including Joanne Burns, Les Murray and Brook Emery. A skateboarding competition called Bowl-a-Rama is held in February every year.

Bondi Beach has been used as a location for a few Australian and International movies, various television series as well as music videos and a video game.

An article in the Sydney Morning Herald, 6 December 1997 noted the increasing gentrification of the area. Nonetheless the beach remains a diverse, vibrant community. According to the 2006 census, there were 10,373 persons usually resident in Bondi Beach. Country of Birth of these residents was Australia 41.0%, followed by England 6.2%, New Zealand 3.8%, South Africa 1.9%, Ireland 1.3% and France 1.1%. English was stated as the only language spoken at home by 58.4% of persons. The most common languages other than English spoken at home were: Russian 2.0%, Spanish 1.4%, French 1.4%, German 1.2% and Greek 0.9%. The most common responses for religious affiliation for persons usually resident were No Religion 20.7%, Catholic 18.5%, Anglican 10.0%, Judaism 8.0%, and Eastern Orthodox 2.0%.

Hugo Fauquenoi
Great surfing spot for beginners, although I would recommend Manly Beach and its regular waves. Gets crowded in summer but is definitely a place to be 30mn from the City. Bondi to Coogee is a must do

Paul Gallagher
Surely one of Sydney’s best. A no miss for any tourist and a weekly staple for those living here. Mid week when the crowds are at work is best! Free Wi-Fi too.

Jordan Manalo
If you're planning for a trip to Australia, make sure you visit Bondi Beach! It has a beautiful city view, the food is amazing, the sand is very fine, and the people are great!

Ab T
Perfect for surfing, sun bathing or just chilling at the beach with friends and family. Close to the city but a great escape from the hustle and bustle.

Daniel Steigleder
The most famous beach in Sydney. So cool and vibrant. If you want to see many people and enjoy the summer, Bondi is a excellent option.

Daman
Aah, what a great beach! Beautiful people all around, great views and waves. Don't forget to check out the local restaurants and bars. There's quite a few things to check out in Bondi.
Load more comments
foursquare.com
9.0/10
Laurence Hewitt, Tacito Cury and 347,760 more people have been here
I've been here
Add to wishlist

Mark's Park is a tourist attraction, one of the Sculpture gardens,

The Macquarie Lighthouse was the first, and is the longest serving,

Wylie's Baths is a tidal pool near Coogee Beach, in the Eastern

Our Lady of the Sacred Heart Church is a Catholic church in Randwick, 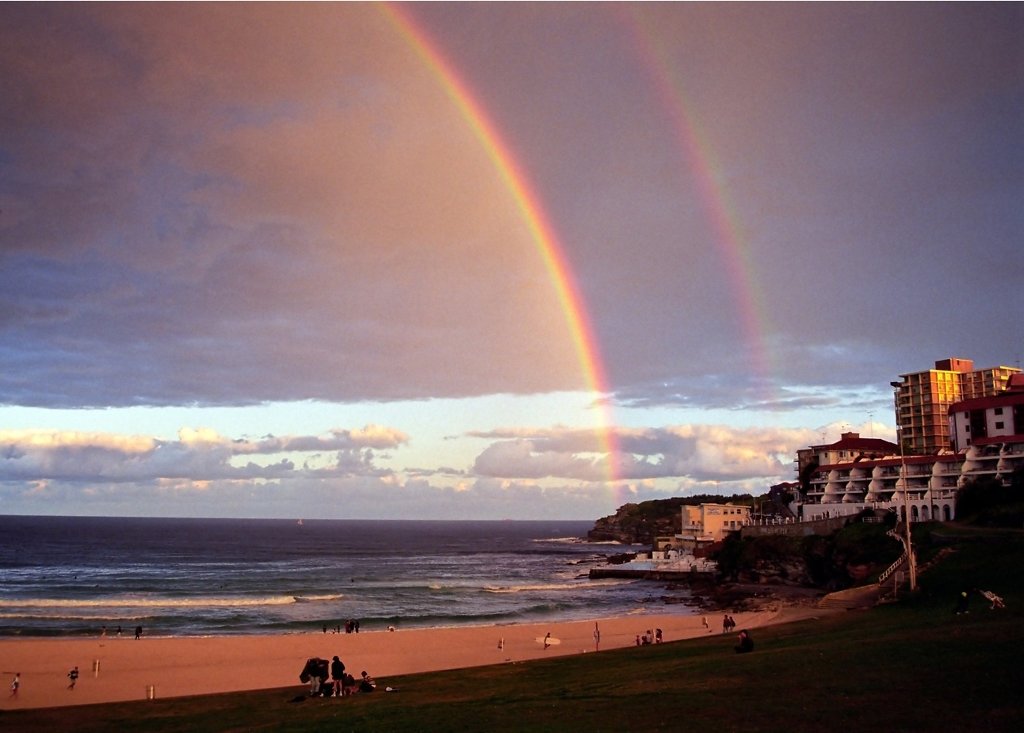 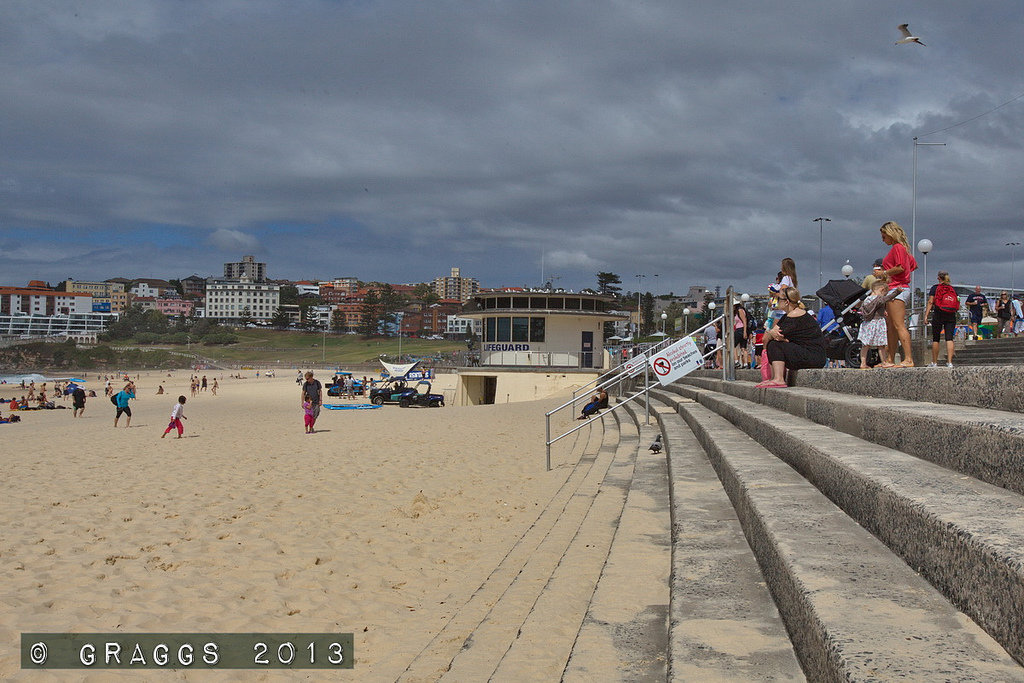 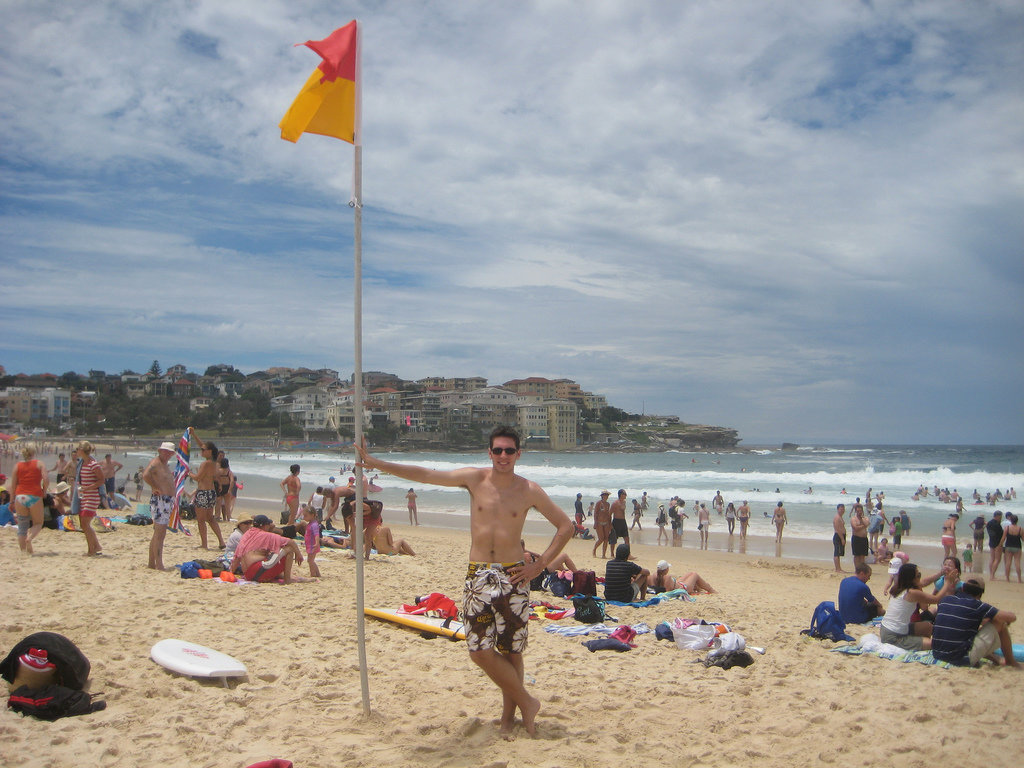 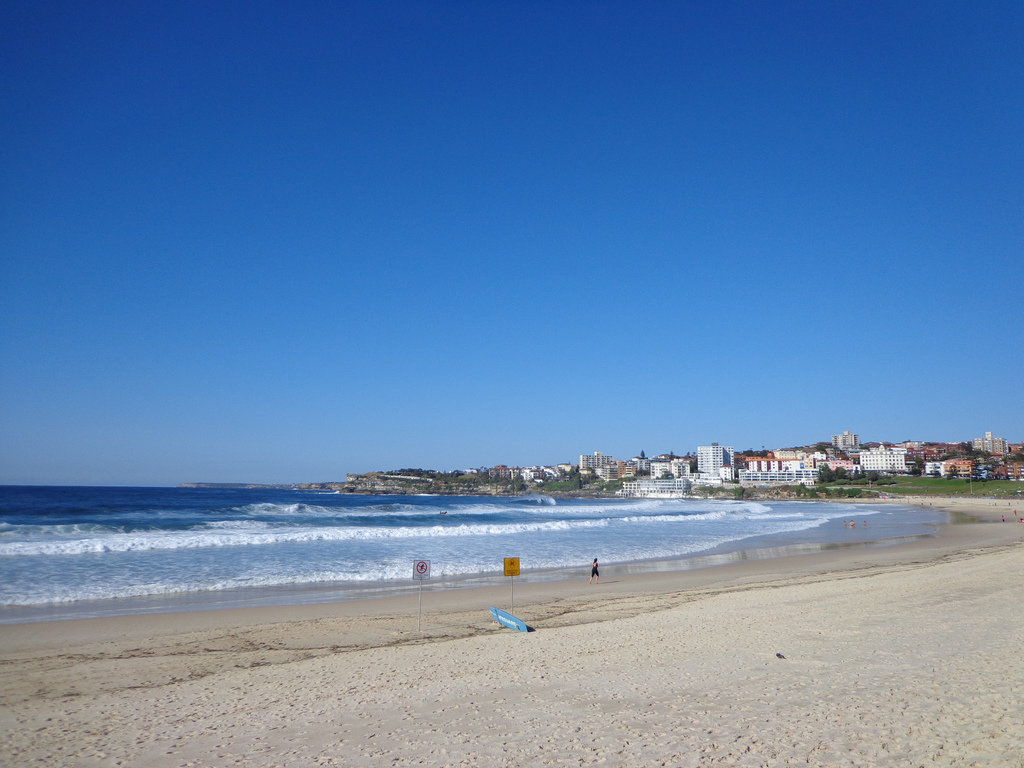 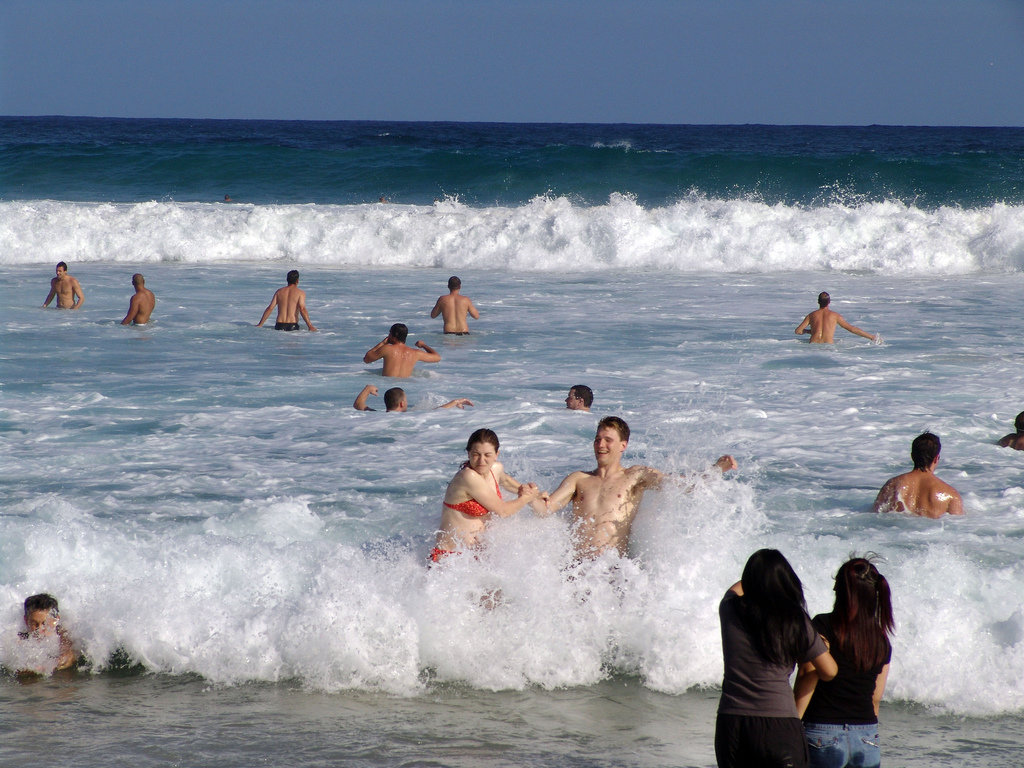 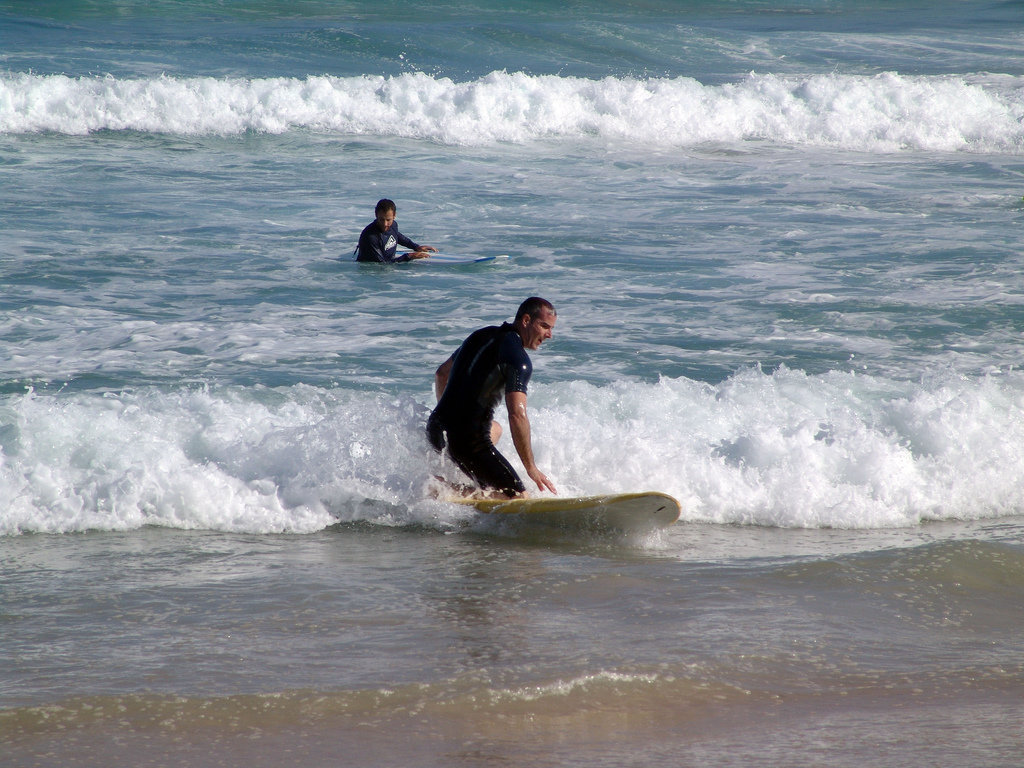 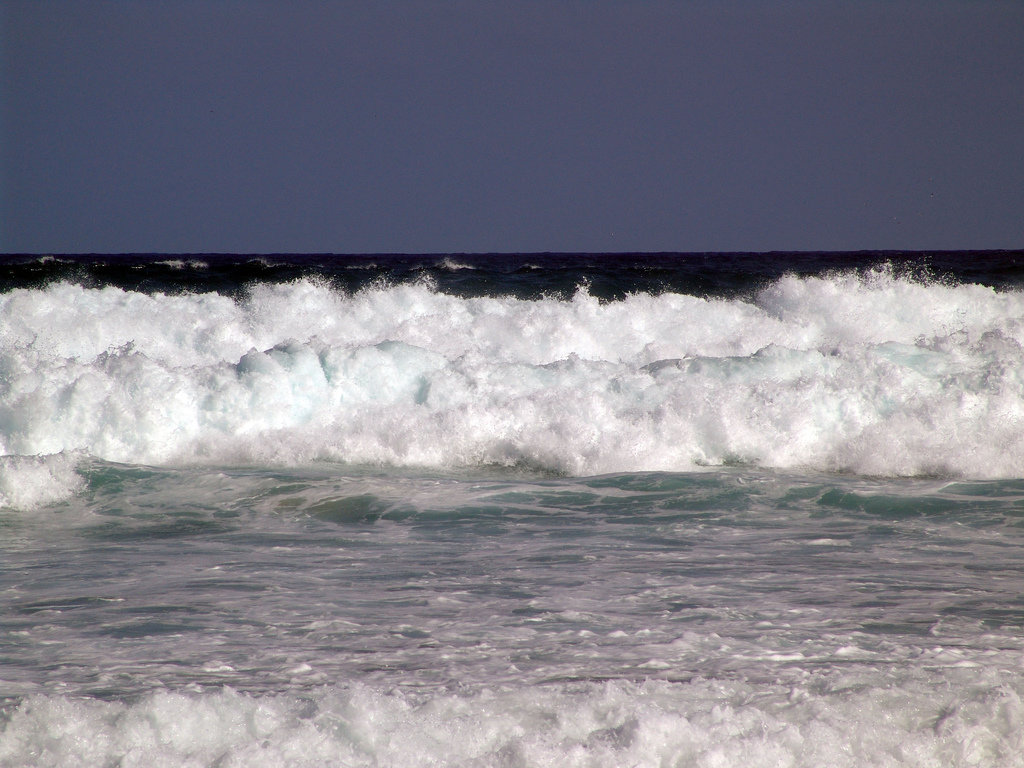 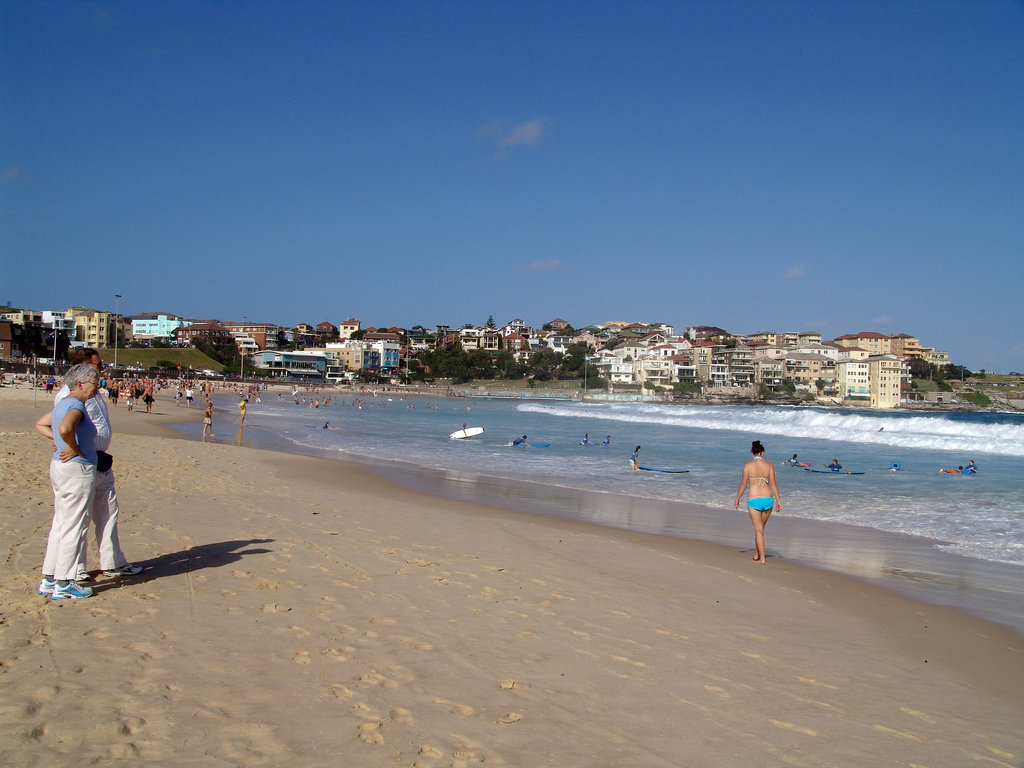 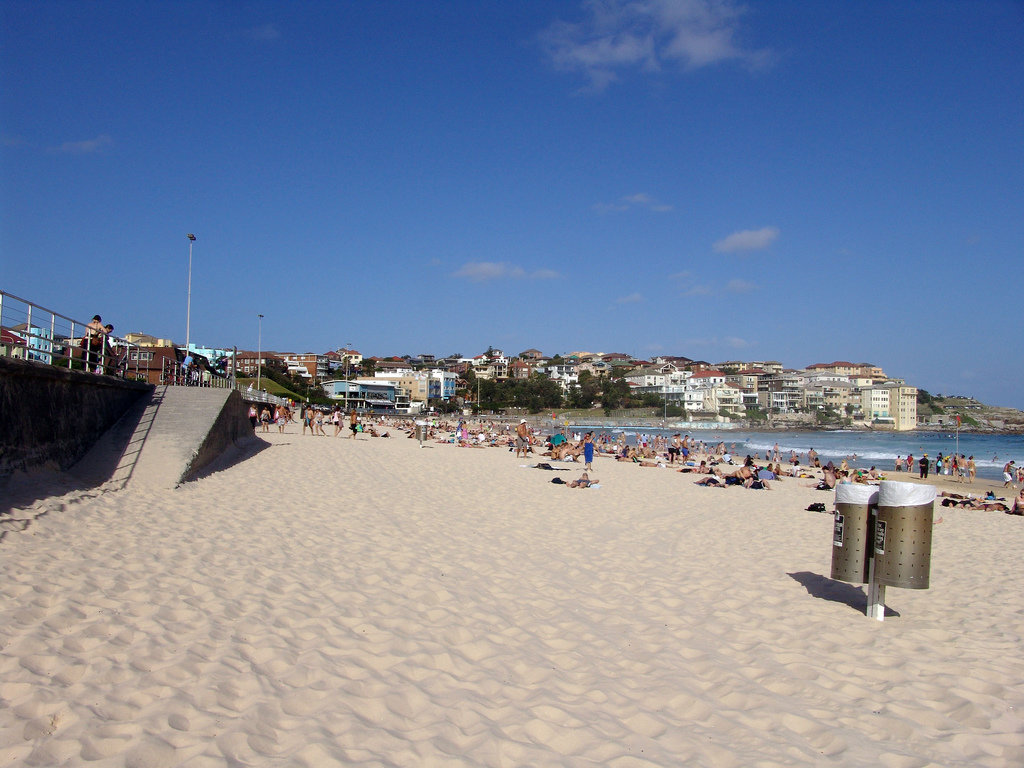 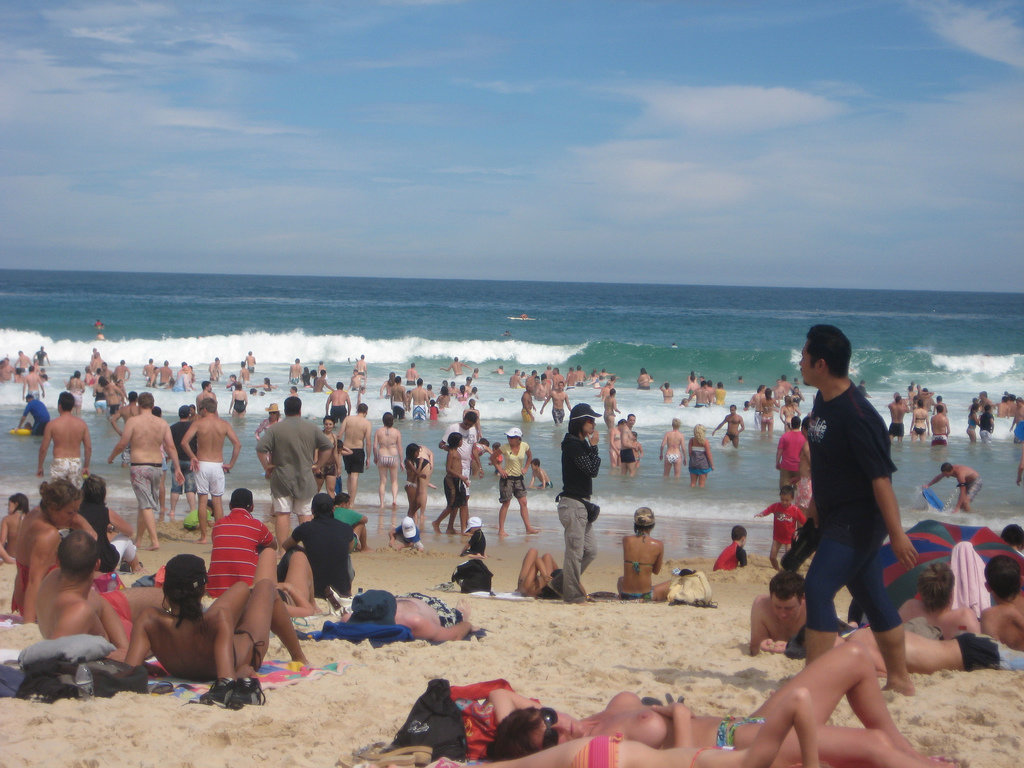 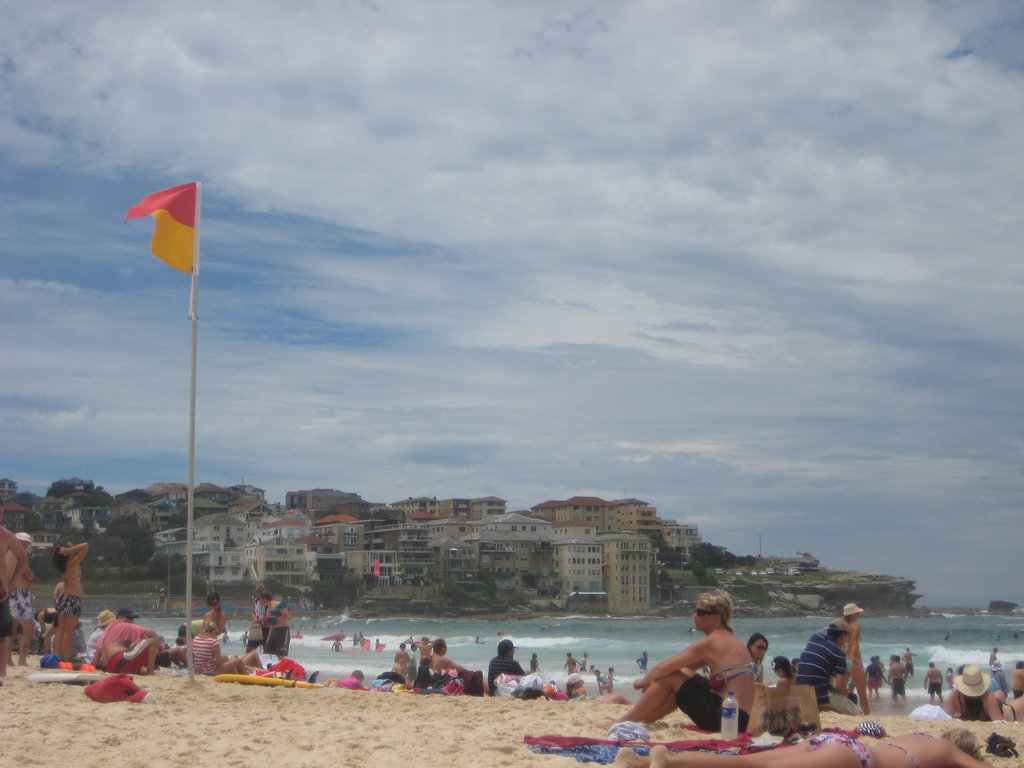