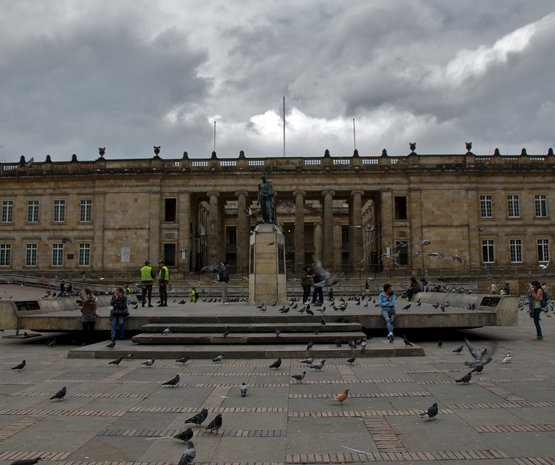 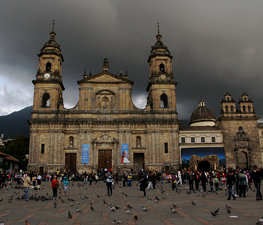 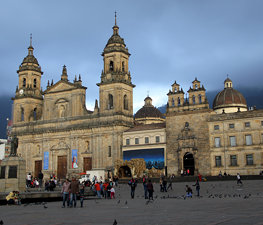 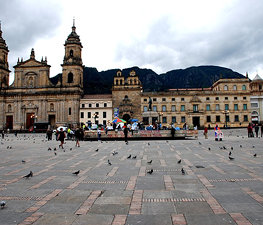 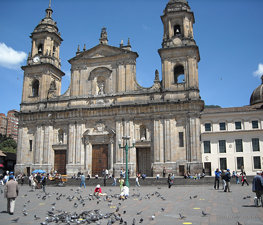 The Bolívar Square (Spanish: Plaza de Bolívar) is located in the heart of the historical area of Bogotá. It has a statue of Simón Bolívar sculpted in 1846 by the Italian Pietro Tenerani, which was the first ever public monument in the city. Plaza Bolívar is also the name given to the main square in every city or town of Venezuela, the native country of Simón Bolívar.

]] On the southern side of the square is the Palace of Justice, a big modern building where the Supreme Court works. The history of the Justice Palace is tragic enough and maybe symbolic of the problems of the nation. The first building was built in 1921 on the corner of the 11th and with 6th street and destroyed by a fire during the Bogotazo in April 1948. A new palace was built on the north side of the Bolívar Square and destroyed again in November 1985 by the guerrilla movement M-19 during the "Palace of Justice Siege", while the army tried to take control of the building. The ruins of the building were kept untouched for four years until the government decided to demolish them and construct the new building that currently exists.

On the southern side of the square the National Capitol is located, which is the seat of the Colombian Congress. Its construction was initiated in 1846 but due to the politic instability of the country it was not finished until 1926. This building was designed by the English architect Thomas Reed. The original design included a big dome. It was decided not to build the dome in order to finish the construction on time and not to defy the cathedral's tower.

On the west side of the square there is a French style building known as the Liévano building which is the seat for Bogotá's Mayor.

On the eastern side of the square is the Primate Cathedral, built between 1807 and 1823, and near it is the Holy Chapel, which was built at the end of the 17th century.

On the north-east corner is the Vase House, now also known as the Museum of the 20th July, in which occurred the Call for Independence on July 20 of 1810, the first independence attempt from the Spanish rule in Colombia.

Finally, on the south-east corner is the Mayor School of San Bartolomé, a secondary school institution, originally a university, established by the Jesuits in 1604, were many national personalities studied. The Camilo Torres little square is the place were some revolutionaries were killed in the Spanish re-conquest of 1816.

Rich Willingham
Worth a quick visit. Try to time your trip to also catch the changing of the presidential guard at the nearby Casa de Nariño.

Mike Martinez
Buy some corn bags and stand still with some seeds in your hands... Have your picture taken feeding the doves. Also take a picture with a Llama. Nice place 2 spend some family time + find a place 2eat

Basak
Start here for all the iconic tourist attractions. They are all in the same neighborhood.

Mary Colette Natasha
Must see when you're in Bogota. Amazing place and beautiful architecture.

Lisa Ding
The views are really amazing. Love it.

Russell Hirschorn
Not in the plaza but it is surrounded by great food (Puerta Falsa) and a short distance from Montcerrate
Load more comments
foursquare.com
7.5/10
Anderson Caetano Pil and 170,062 more people have been here
I've been here
Add to wishlist 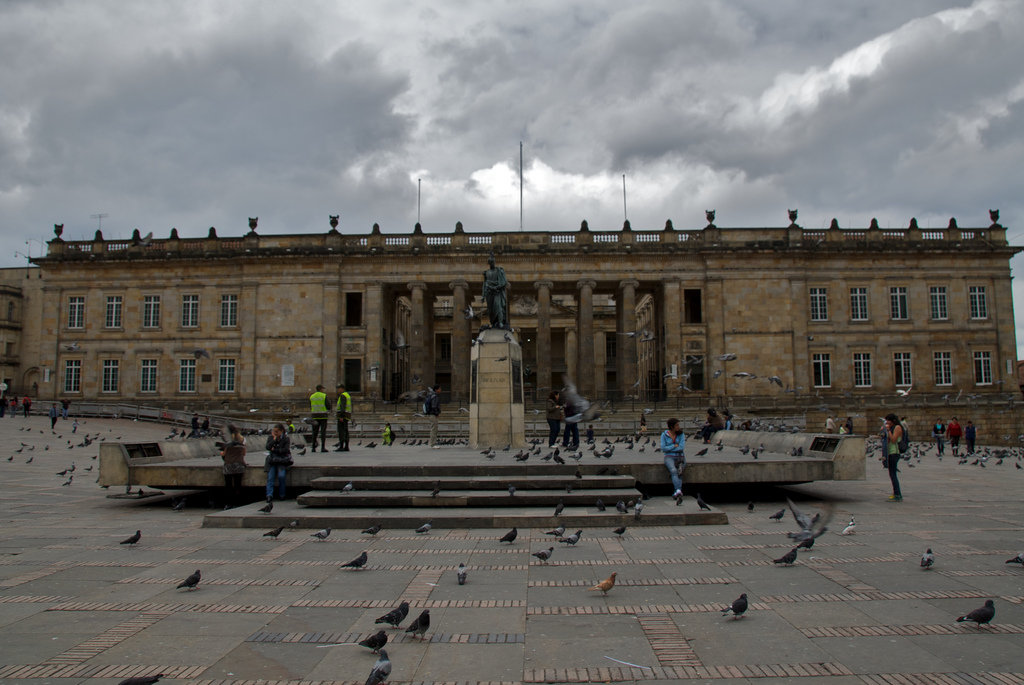 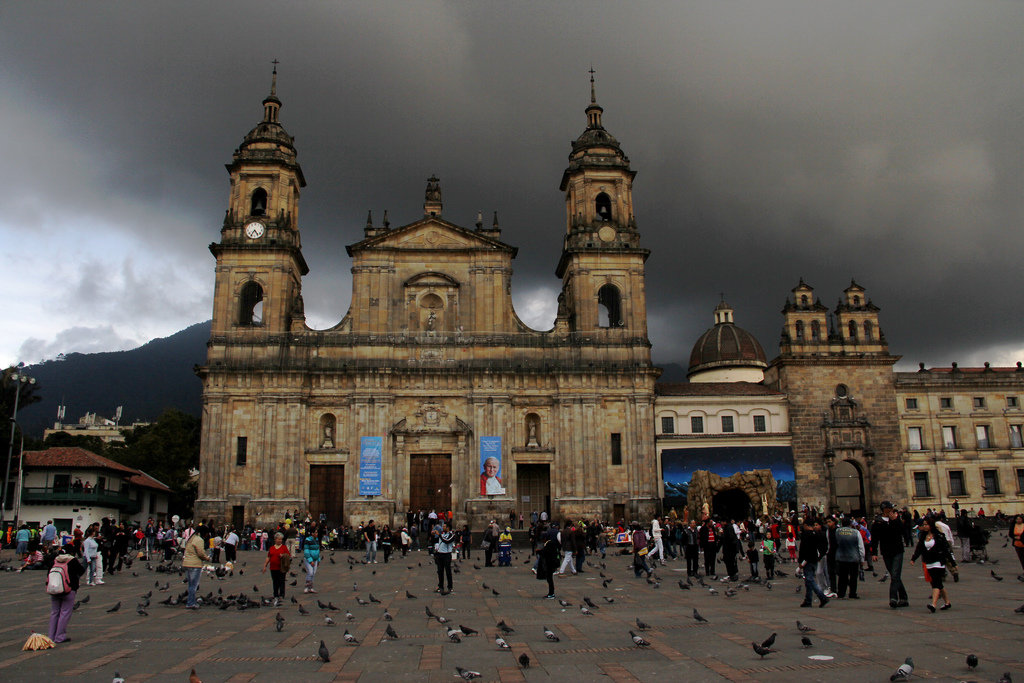 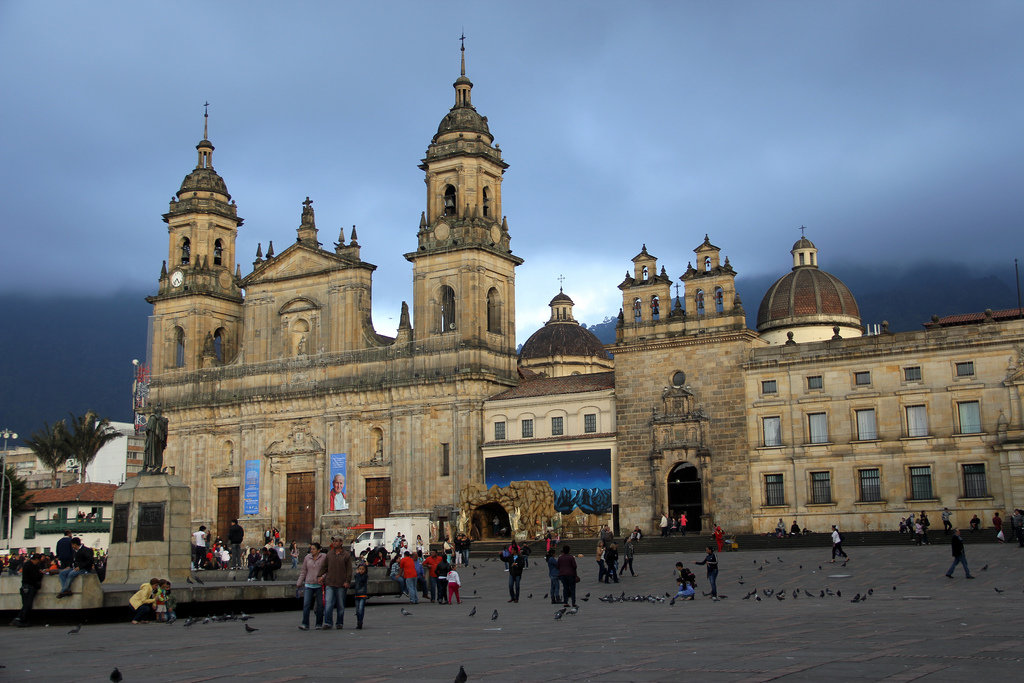 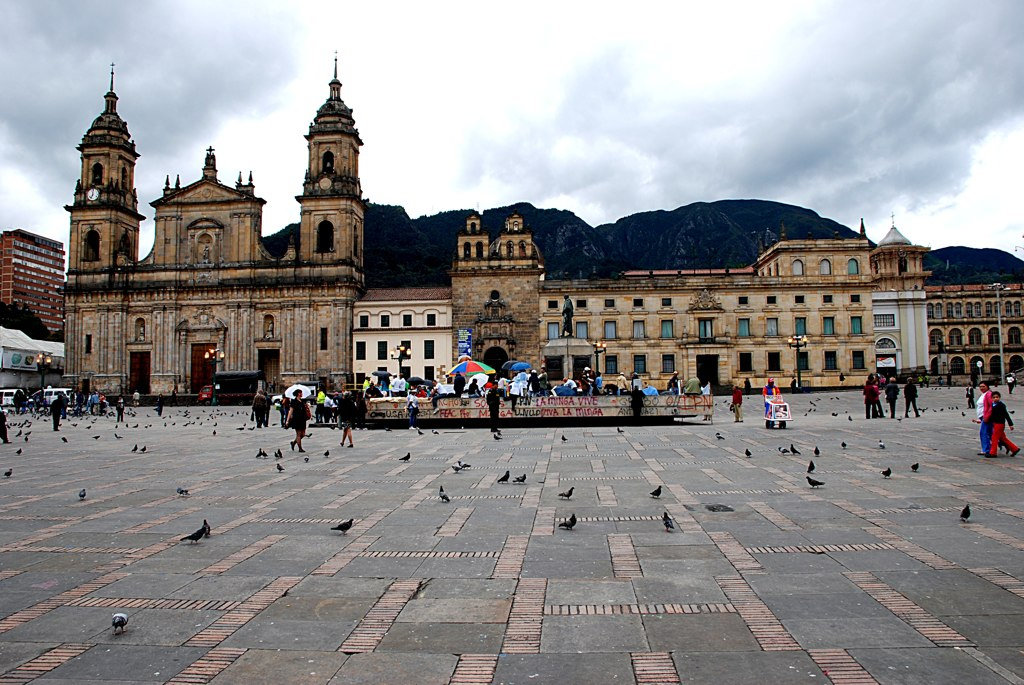 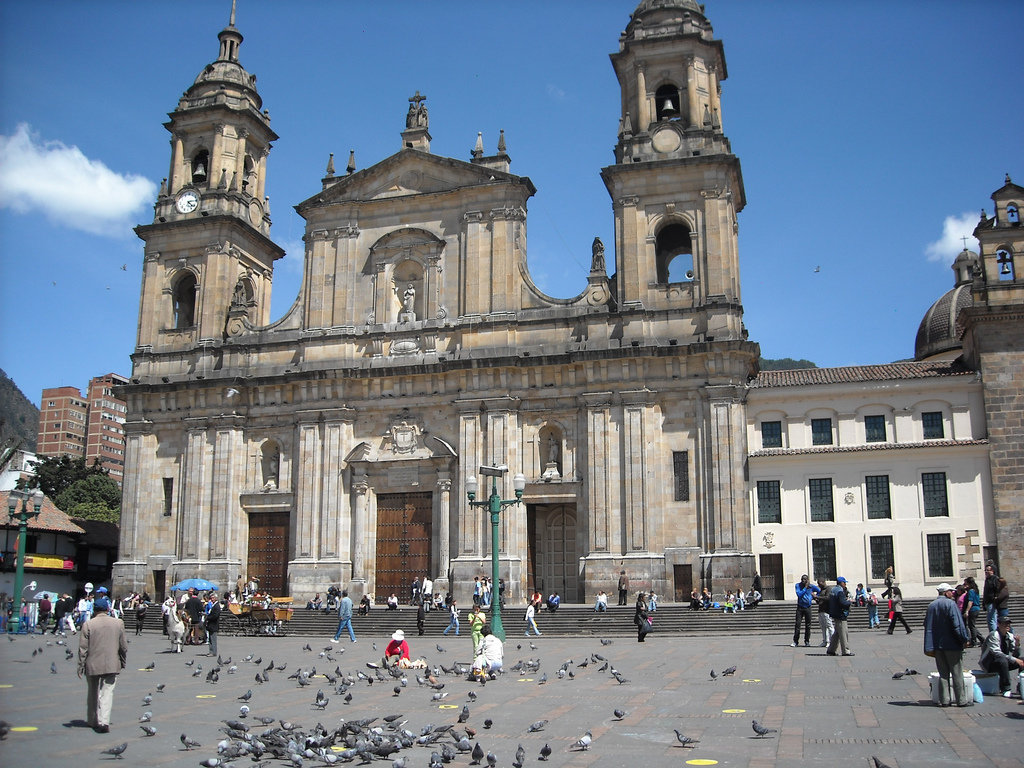