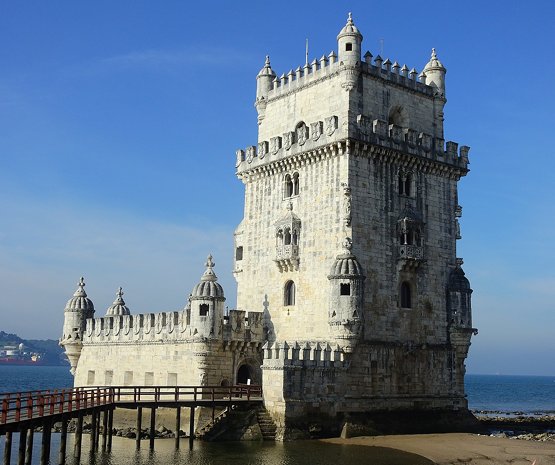 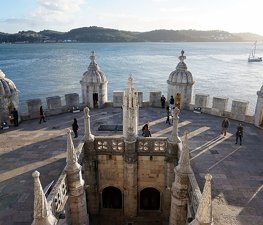 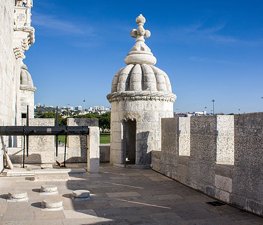 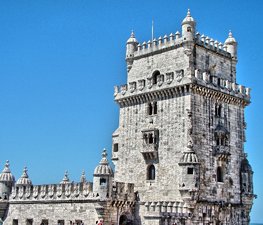 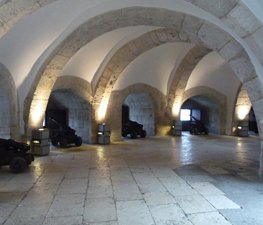 It was built in the early 16th century in the Portuguese late Gothic style, the Manueline, to commemorate Vasco da Gama's expedition. This defensive, yet elegant construction has become one of the symbols of the city, a memorial to the Portuguese power during the Age of the Great Discoveries. In 1983 it was classified, together with the nearby Mosteiro dos Jerónimos, as a UNESCO World Heritage Site.

The Belém Tower was built both as a ceremonial gateway to Lisbon and as part of a defense system of the entrance of the Tagus river and the Jerónimos Monastery, which was necessary to protect Lisbon. The system was initiated by King John II (1455-1495), who built the Fortress of Cascais and the Fortress of São Sebastião of Caparica. The banks of Belém were protected by a ship, the Grande Nau, replaced by the Tower of Belém during the last five years of the reign of King Manuel I.

loggia on the first floor of Belém Tower.]] The Tower was constructed between 1515 and 1521 by military architect Francisco de Arruda, who had already built several fortresses in Portuguese possessions in Morocco. The influence of the Moorish decorative art is manifest in delicate decorations of the arched windows and balconies and in the ribbed cupolas of the watch towers. Diogo de Boitaca, first architect of the nearby Monastery of the Jerónimos, probably also participated in decorating the building. The machicolation and the battlements are decorated with the rich sculptural ornamentations of the Manueline style.

Originally, the Tower stood on a little island on the right side of the Tagus, surrounded by water. Opposite the beach at Restelo, with the progressive southward creeping of the shore over the years, it is now practically moored to the bank itself. It was dedicated to the patron saint of Lisbon, St Vincent.

In 1580, when Lisbon was invaded by Spanish troops in the course of a struggle for the Portuguese throne, the Tower fought and surrendered to the Duke of Alba. In the following centuries the Tower was mainly used as a prison (with the underground cellars regularly flooding) and as a custom house. Indeed, given its height and lack of dissimulation in the landscape, some historians believe the Tower was mostly intended to serve as a customs outpost.

In the 1840s, under the impulse of romantic writer Almeida Garrett, the Tower of Belém was restored by King Ferdinand II. At this point many neo-manueline decorative elements were added to the building. It was declared a National Monument in 1910.

of the bastion of Belém Tower.]] The Tower of Belém is considered one of the main works of the Portuguese late gothic, the manueline style. Indeed, the tower is decorated with several typical Manueline motifs like the armillary sphere (the symbol of Manuel I), the cross of the Order of Christ (to which Manuel I belonged), twisted ropes, elaborate rib vaulting and other features. However, some of the decoration dates from the renovation of the 1840s, like the shields with the cross of the military Order of Christ, that decorate the crenellations of the walls, and the decoration of the small cloister of the bastion. The part of the tower facing the river displays the richest decorations.

The Tower of Belém can be divided into two parts, the bastion, with the shape of an irregular hexagon, and the five-story tower itself, located on the north side of the bastion. The whole ensemble looks like the bow of a caravel.

The bastion has a vaulted chamber (the casemate), with openings in the 3.5 m-thick walls for the 17 large-calibre breech-loading cannons. The open centre above the casemate made it easier to dispel the fumes and smokes. The bastion platform could also be used for the emplacement of light-calibre guns. This was the first Portuguese fortification with a two-level gun emplacement and it marks a new development in military architecture. The corners of this platform have delicate turrets (guerites) topped by Moorish-looking cupolas. The base of the turrets have images of beasts, including a rhinoceros, considered to be the first sculpture of such an animal in Western European art. This rhinoceros probably depicts the one that Manuel I sent to the Pope in 1515. On the platform, in front of the tower, stands a statue of the Madonna of Belém with Child and a bunch of grapes in her left hand in a richly carved niche with a baldachin in Manueline style. The same turrets occur on the upper platform of the tower.

The entrance to the Tower is done through a portal decorated with many Manueline motifs, including Manuel I's badge of honour (an armillary sphere). The whole tower is also decorated with stone twisted ropes, which even tie a knot at the north façade of the building. upper corners of the tower walls have statues of St Vincent and St Michael, as well as many fine windows with arches. The renaissance-style covered loggia, running the full length of the south side of the first floor of the tower, is particularly delicate. It has a Venetian touch. The many shields that decorate the merlons are neo-manueline.

The tower itself, 35 metres high, has four storeys and a terrace that offers wonderful views of the surrounding landscape. The powder magazine is at water level. The next storeys are reached via a narrow spiral staircase. The next storey was the commander's room. The second storey has covered balconies on each side. Of the tower floors, the most interesting is the chapel of the fourth floor, with a magnificent Manueline rib vault decorated with the armillary sphere and the cross of the military Order of Christ, who participated in many Portuguese conquests. The oratory is on the top floor.

Amit Gaharwar
One of Lisbon's iconic places. Dedicated to the Lisbon's nautical history. If you don't want to go up then view the tower from outside, stroll on the coast and in the garden. Enjoy a fabulous sunset.

Heitor Botti
Gorgeous and centenary by the same time, one of my favorite spots in Lisbon. A good place to take the best picture you can save from Lisbon, spend a little bit more of time there, enjoy the sunset.

Matthias
Perfect spot for a selfie and the cover of the the Marco Polo city guide. ???? Nice place right by the water. A bit windy but absolutely worth the visit! ????????

Victor E. Ortuño
Nice views of the Tagus river and a cool building to visit. It takes about 40 minutes to visit. Free entrance at the first Sunday of each month.

Jenya S
Beautiful on the outside-not exciting inside. Not worth €6 to queue for ages to climb up narrow stairs only to check out not so amazing views from the top. Best photos are with it NOT in it.

Otel.com
Also known as the Tower of St. Vincent, this UNESCO World Heritage Site is one of the city's finest examples of the Manueline style. Here, you'll learn a lot about the country's nautical achievements.
Load more comments
foursquare.com
9.1/10
Maria Ignatieva, Sílvio Ribeiro and 54,936 more people have been here
I've been here
Add to wishlist 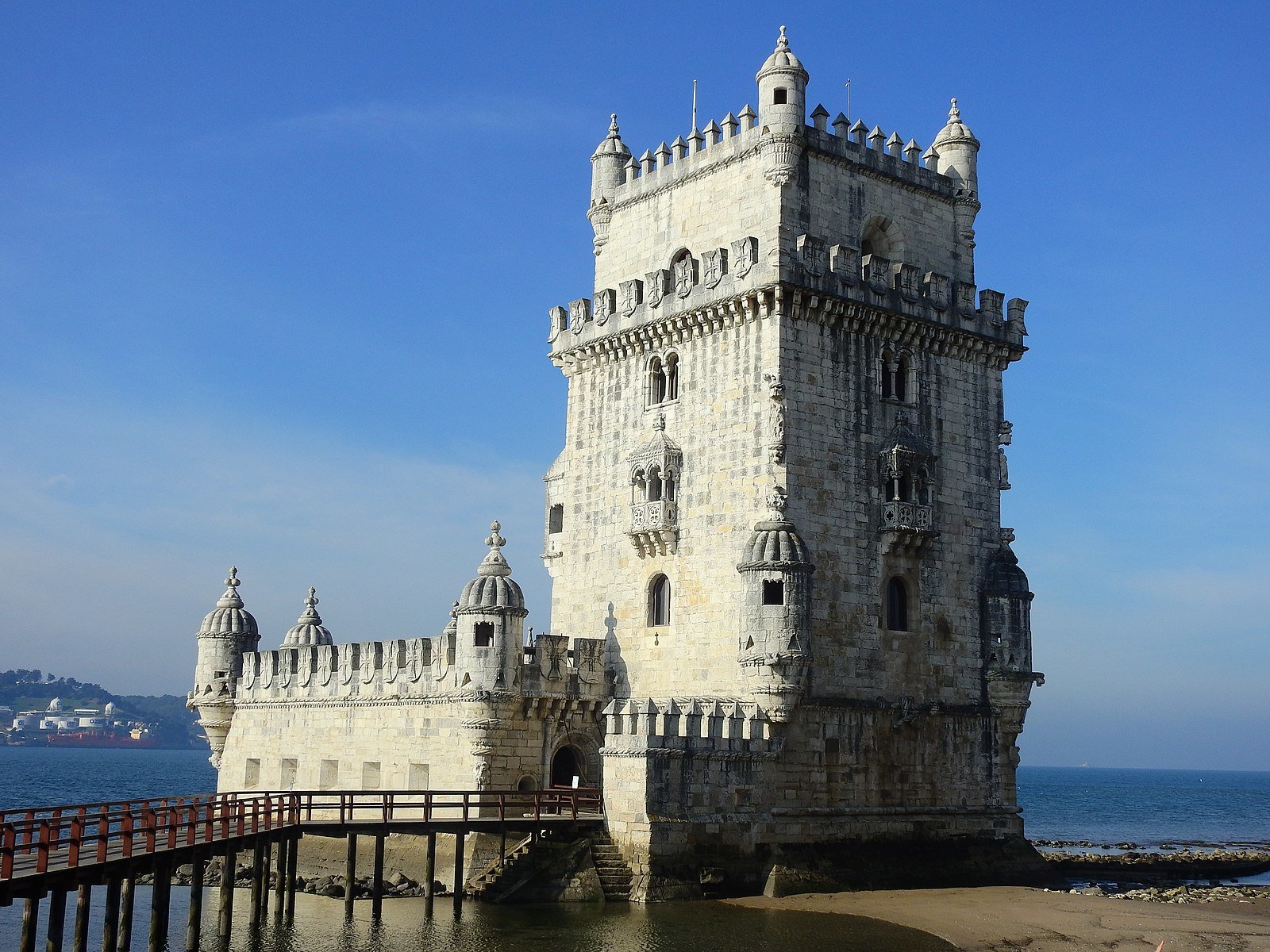 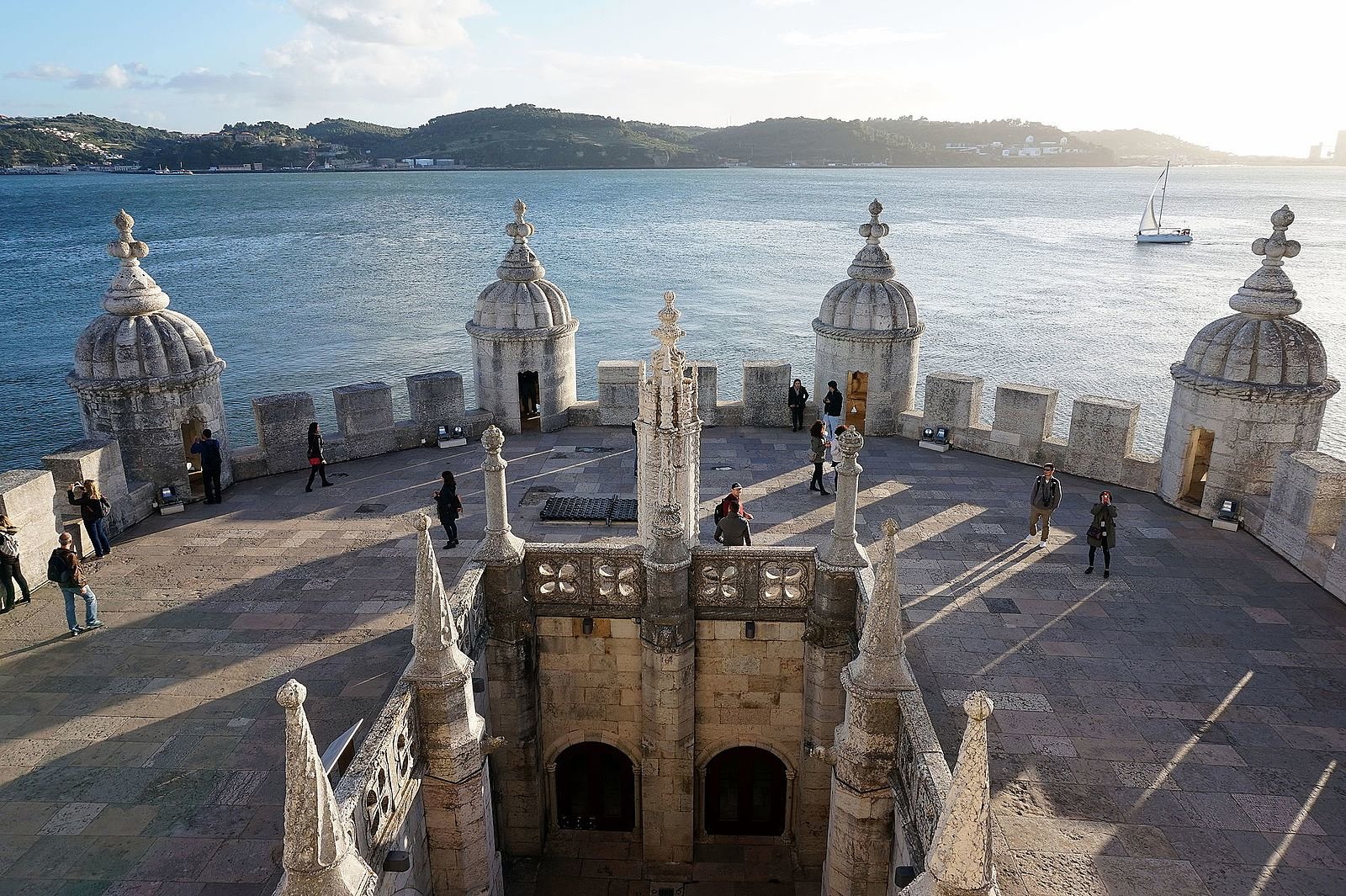 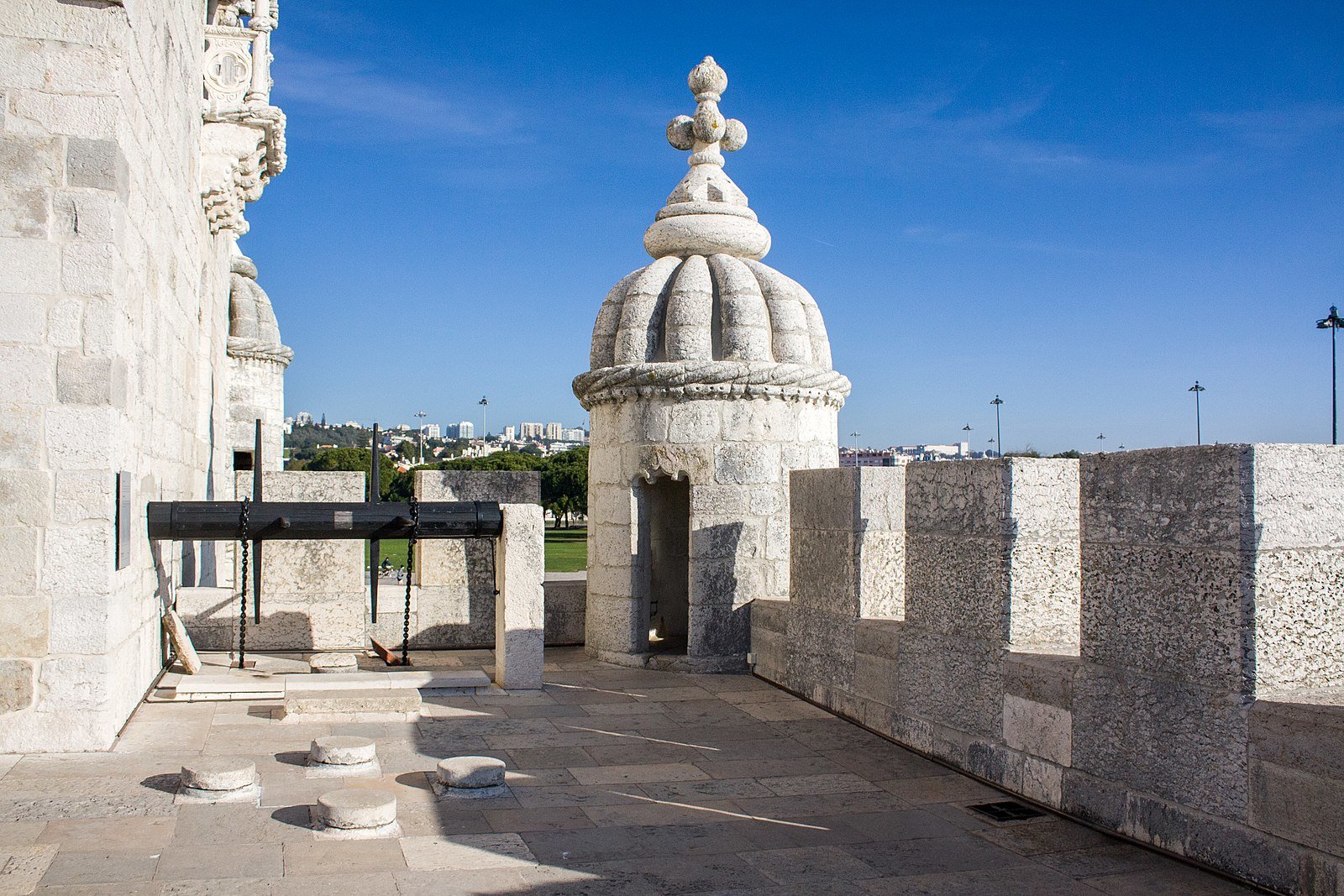 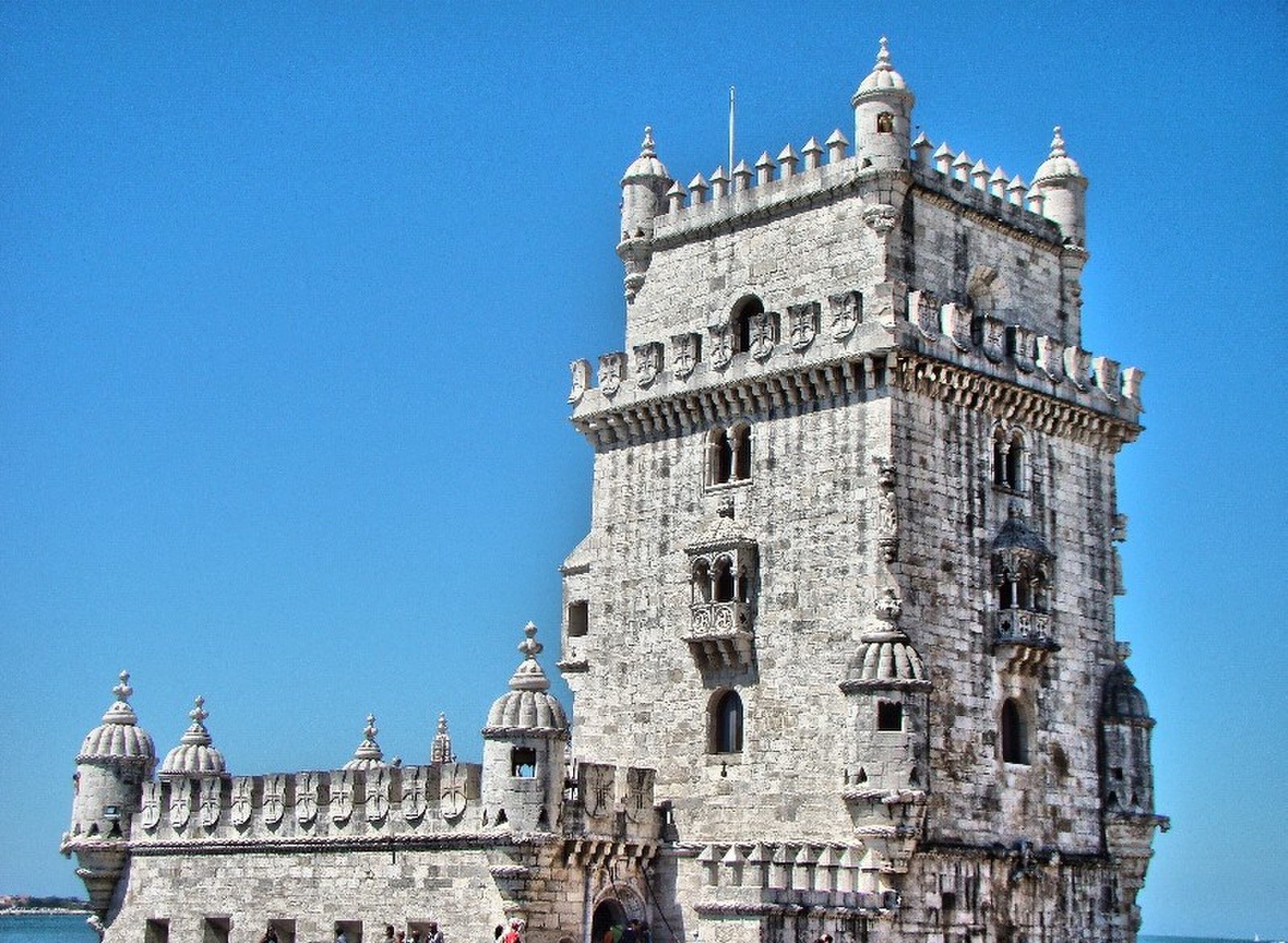 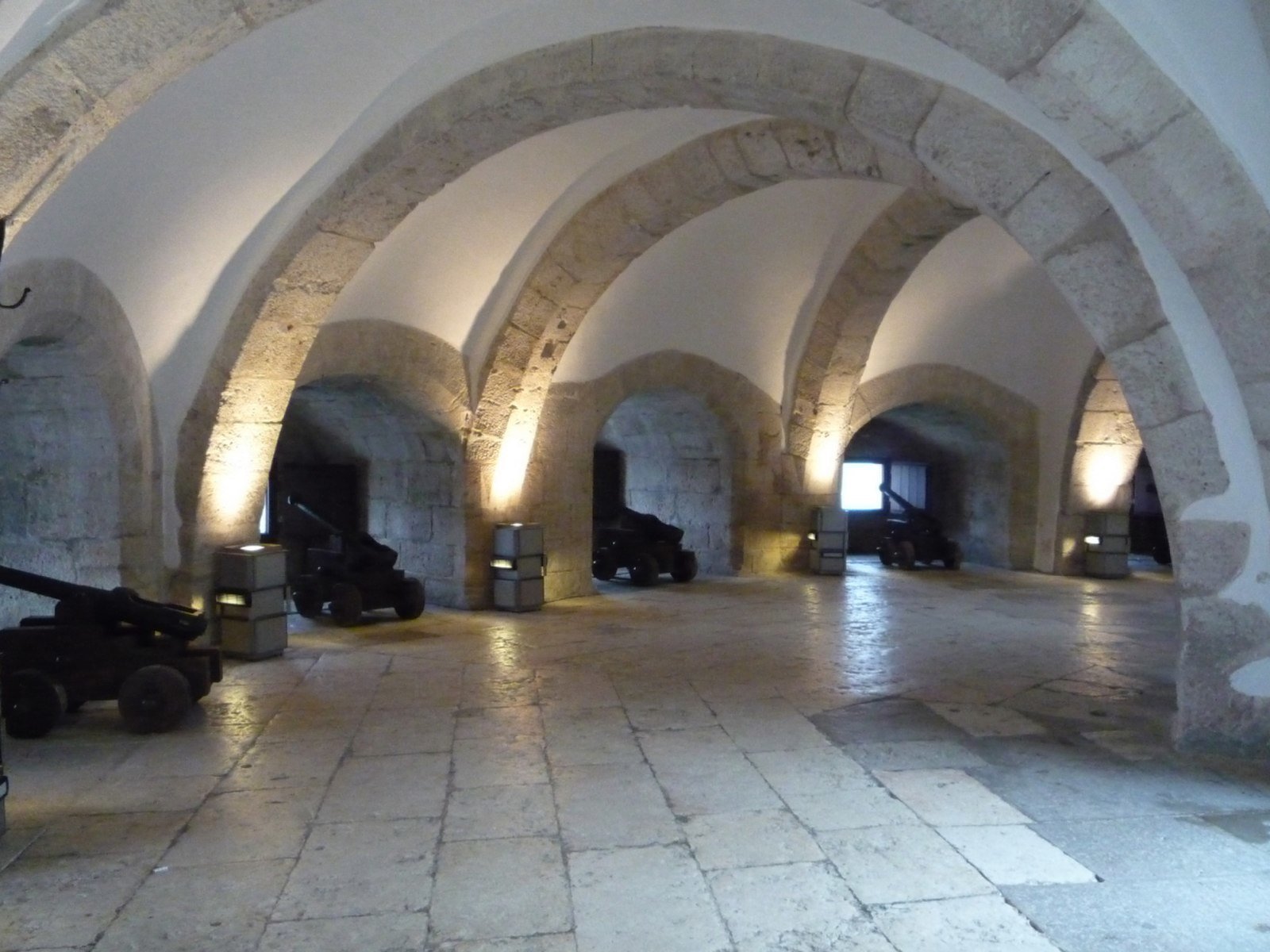 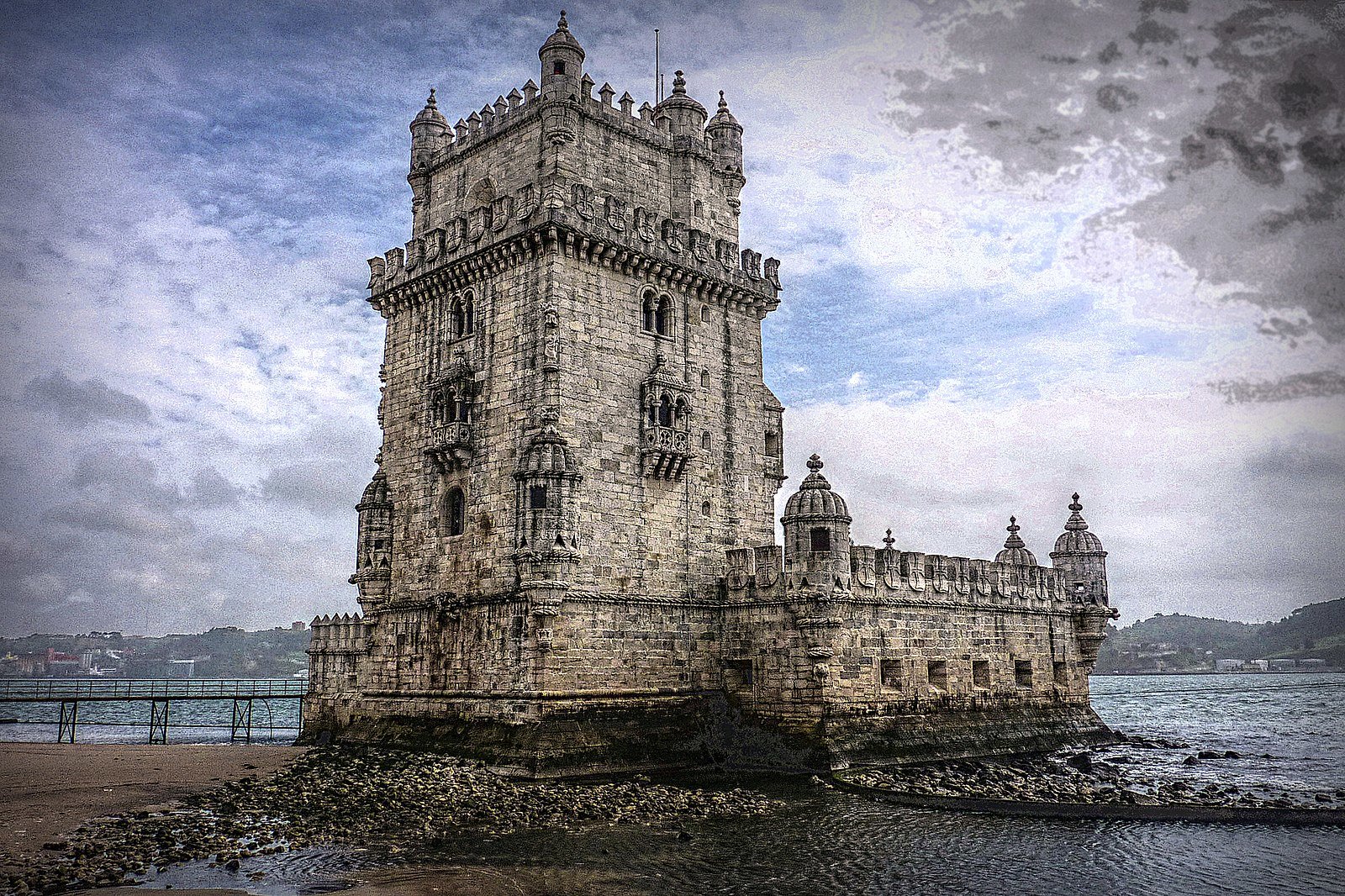 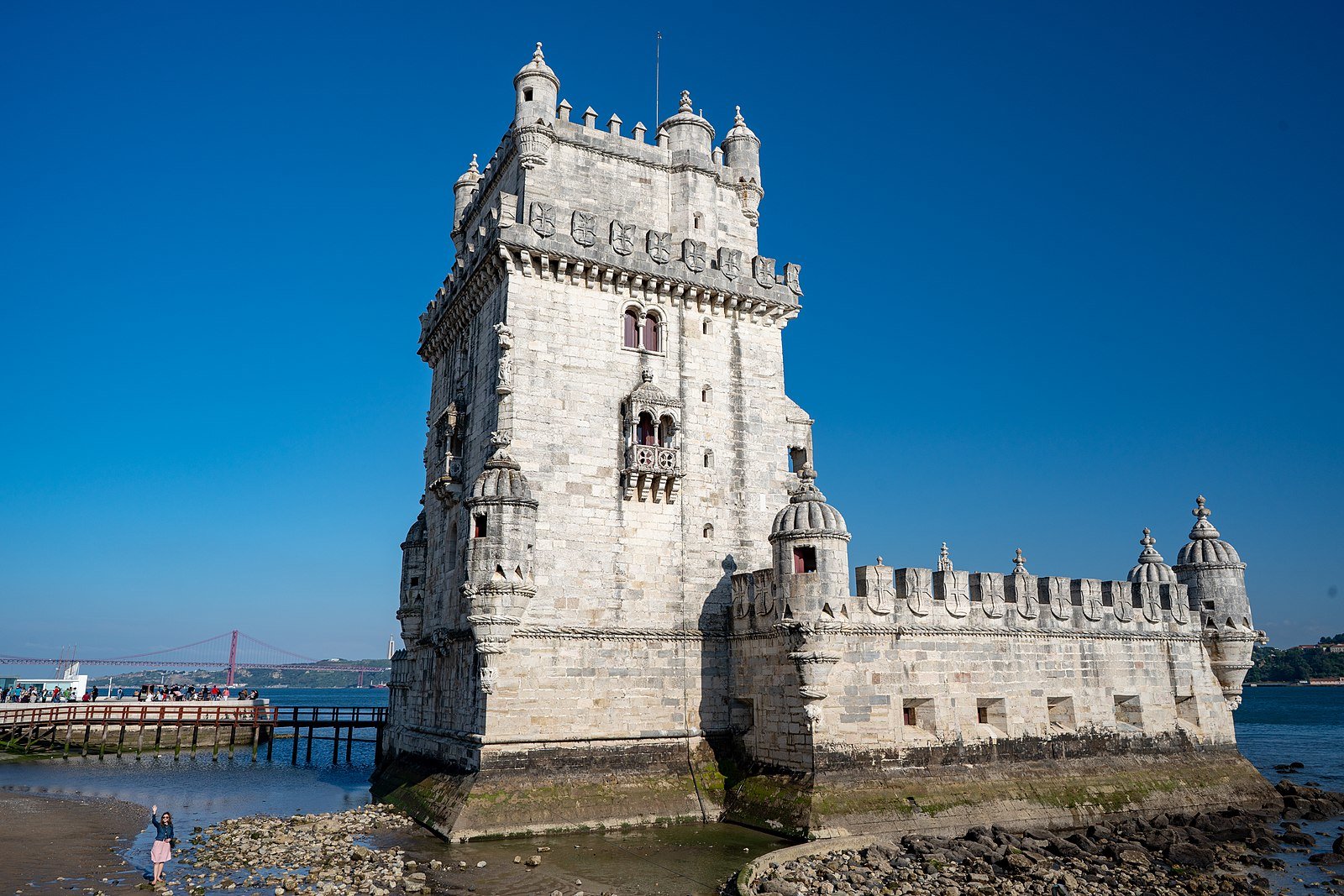 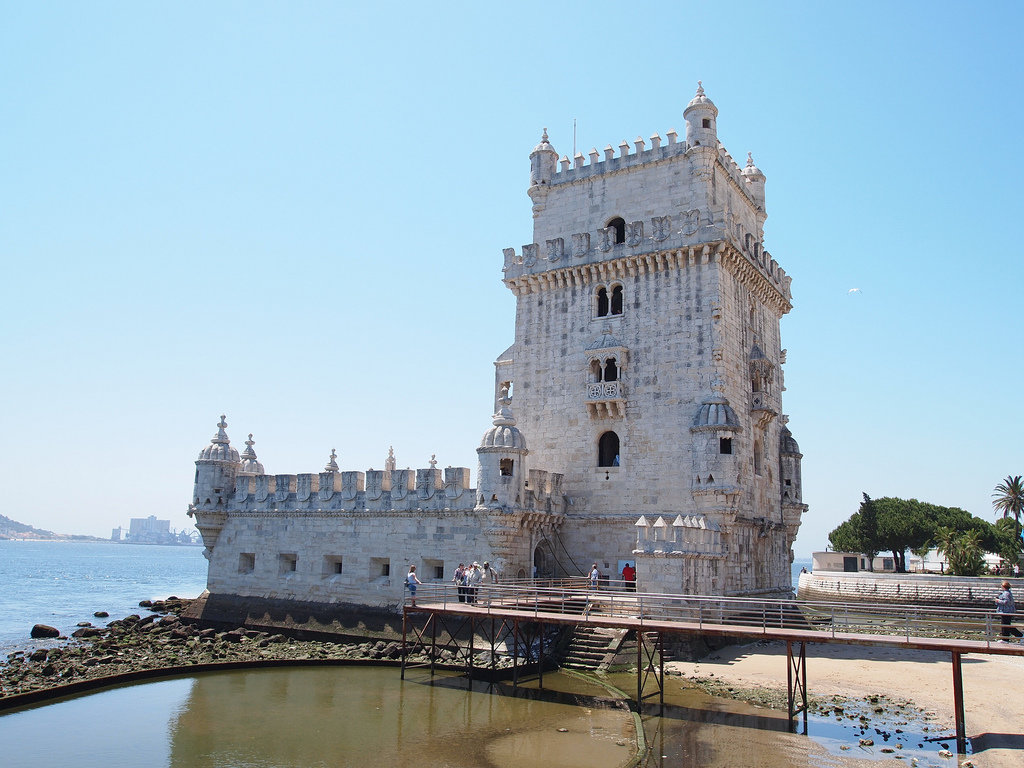 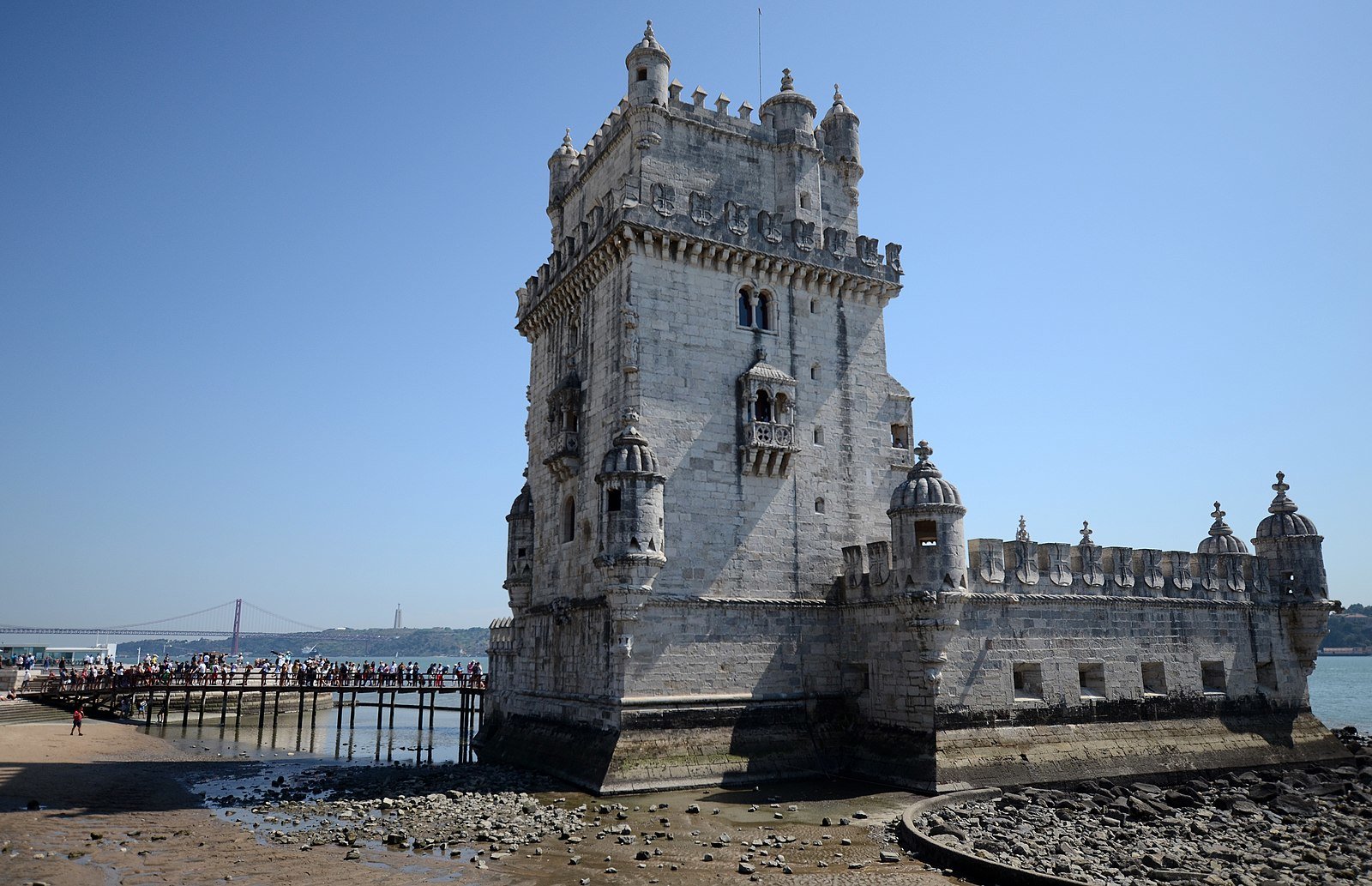 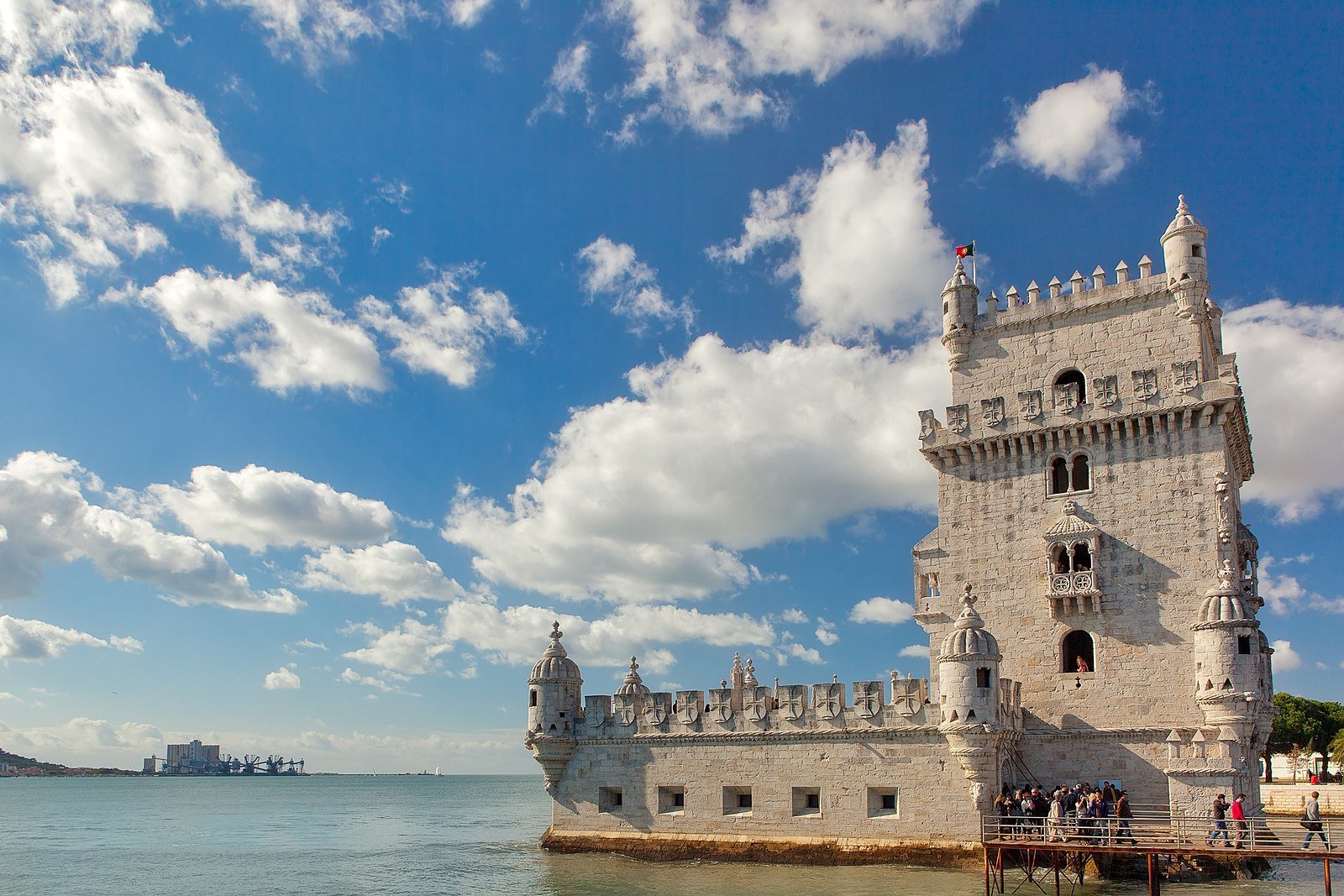 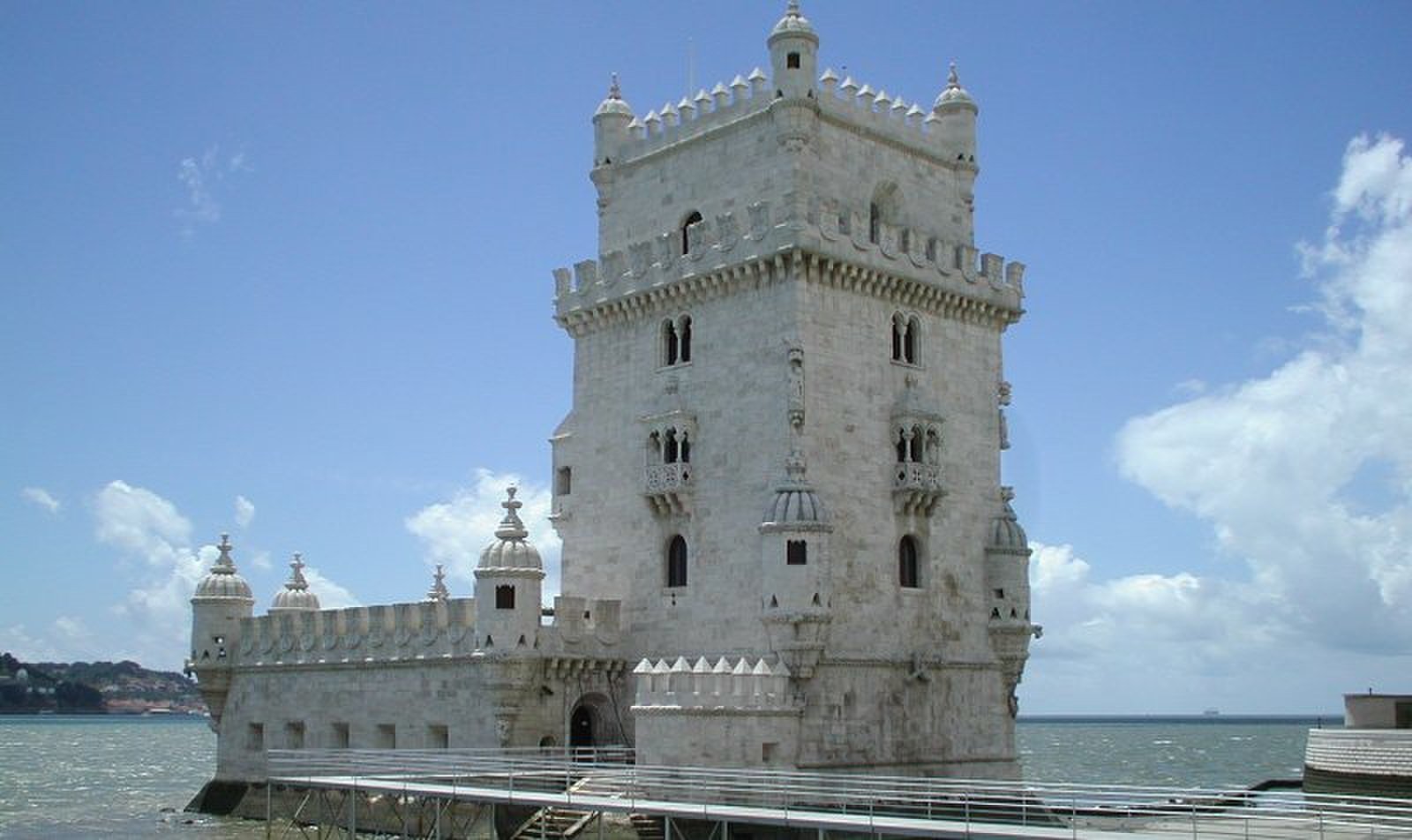 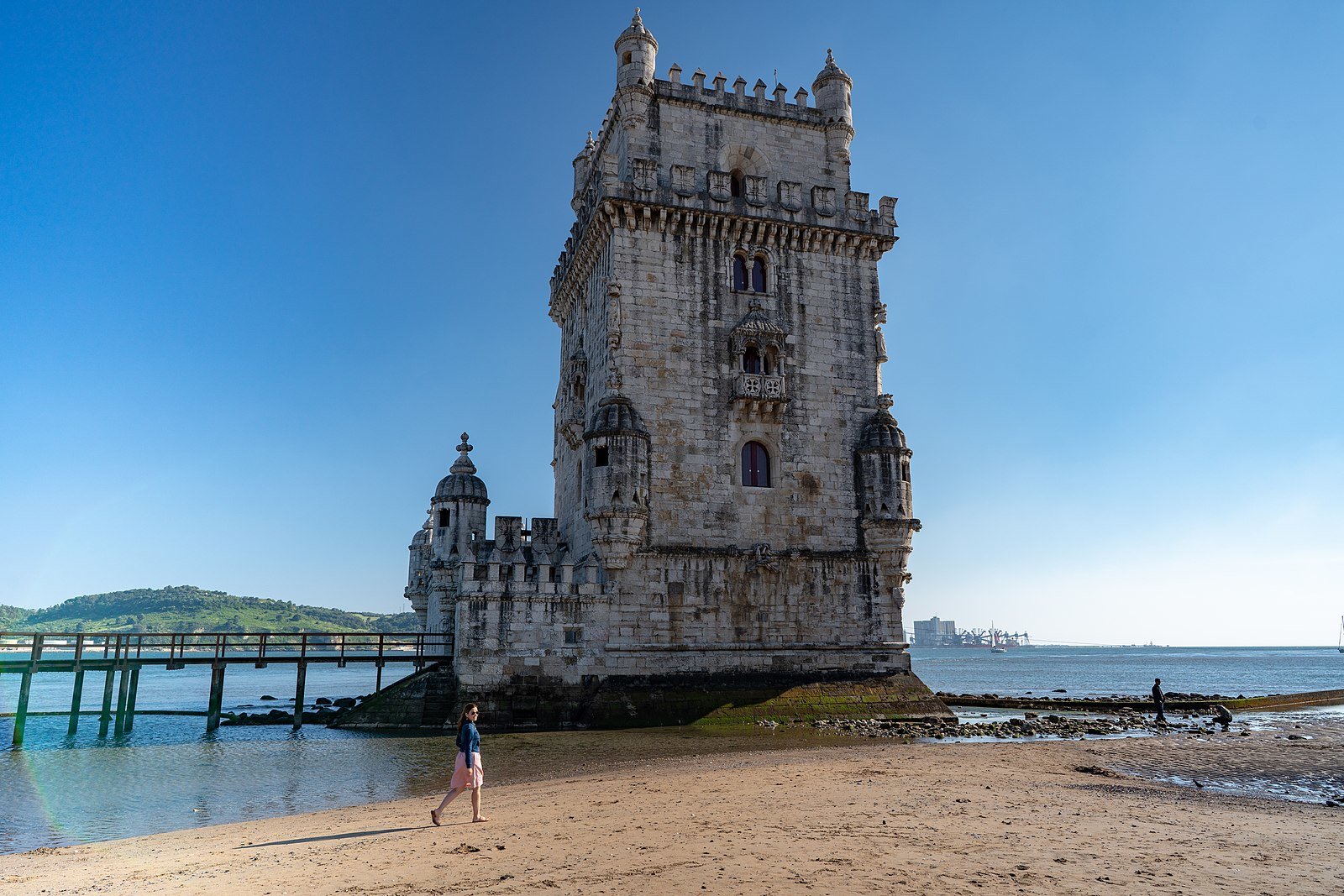 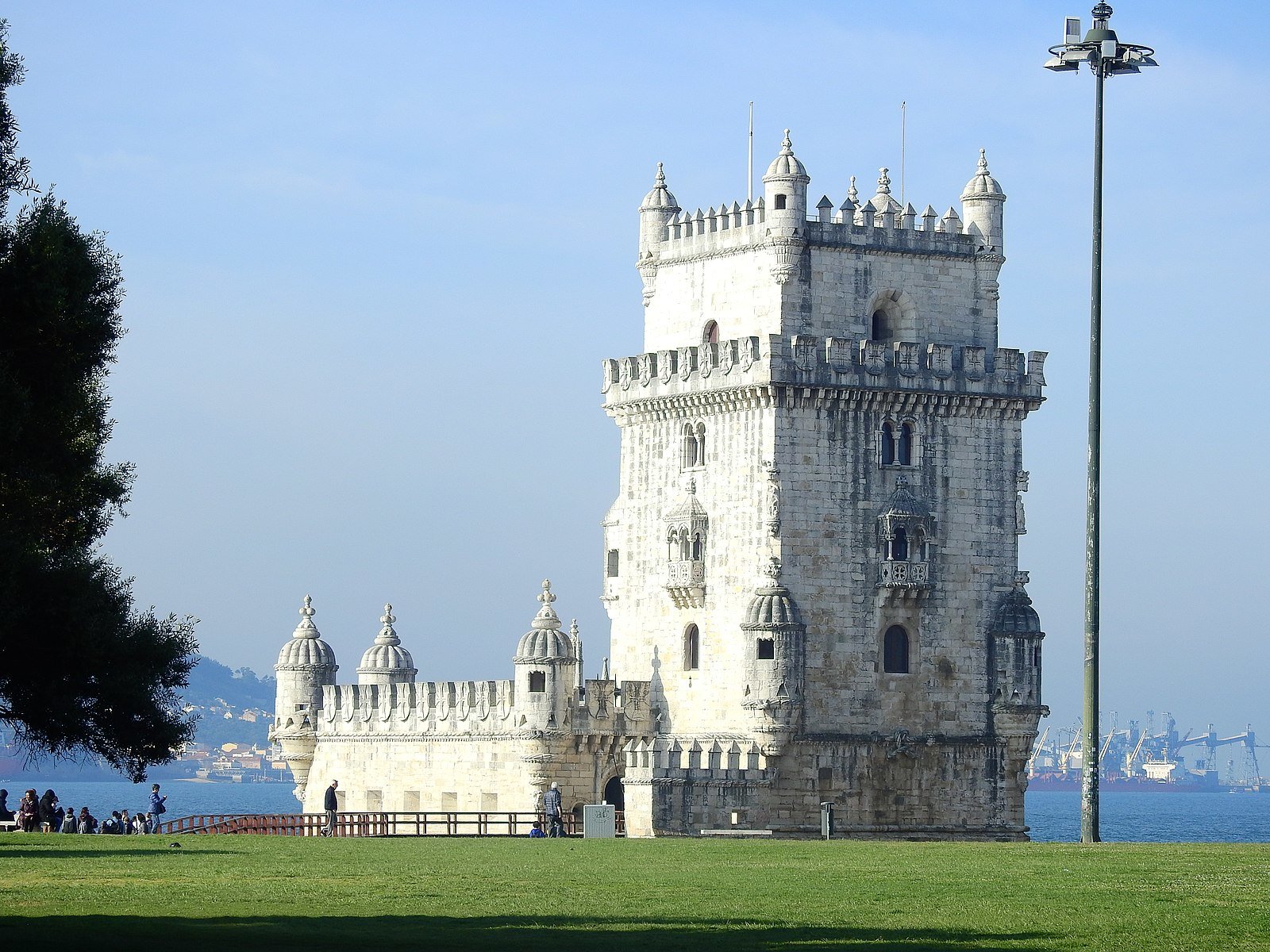 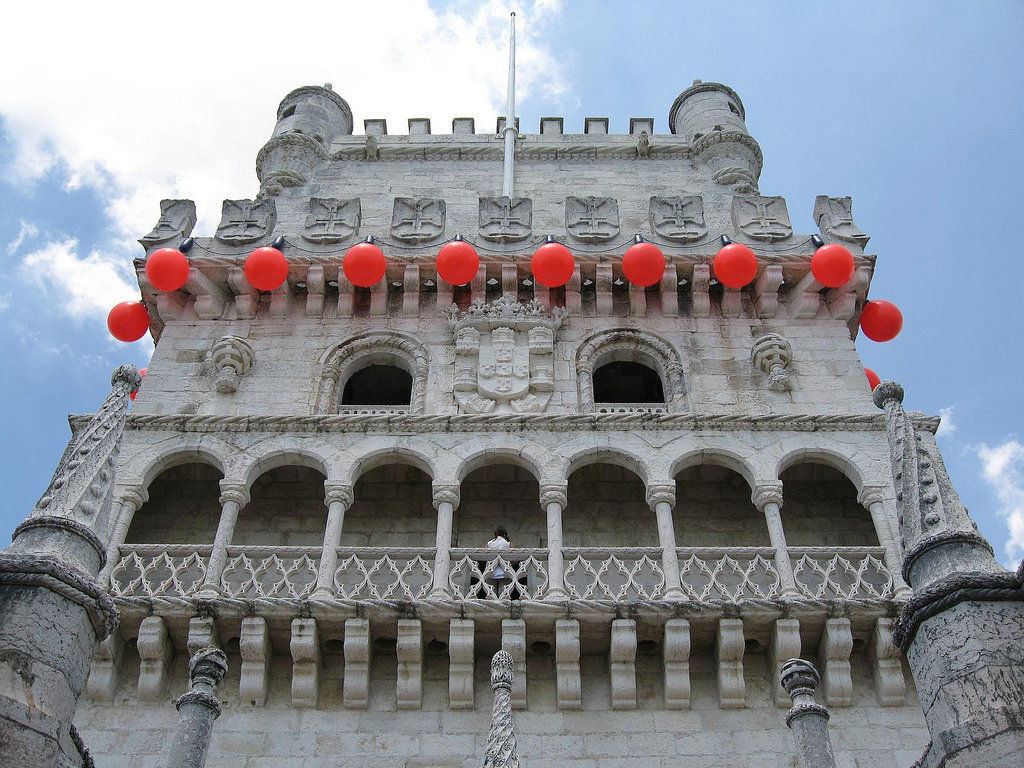 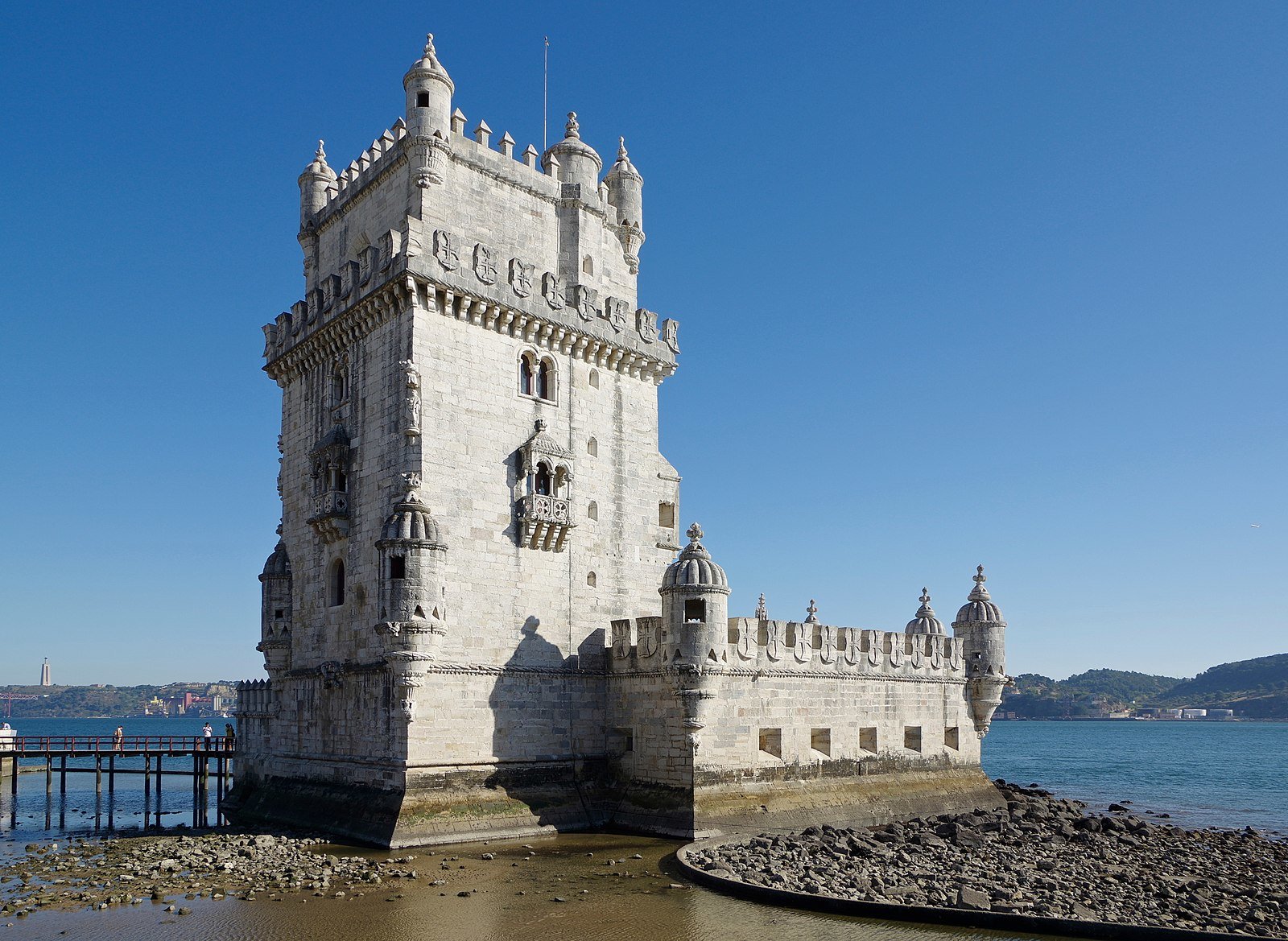 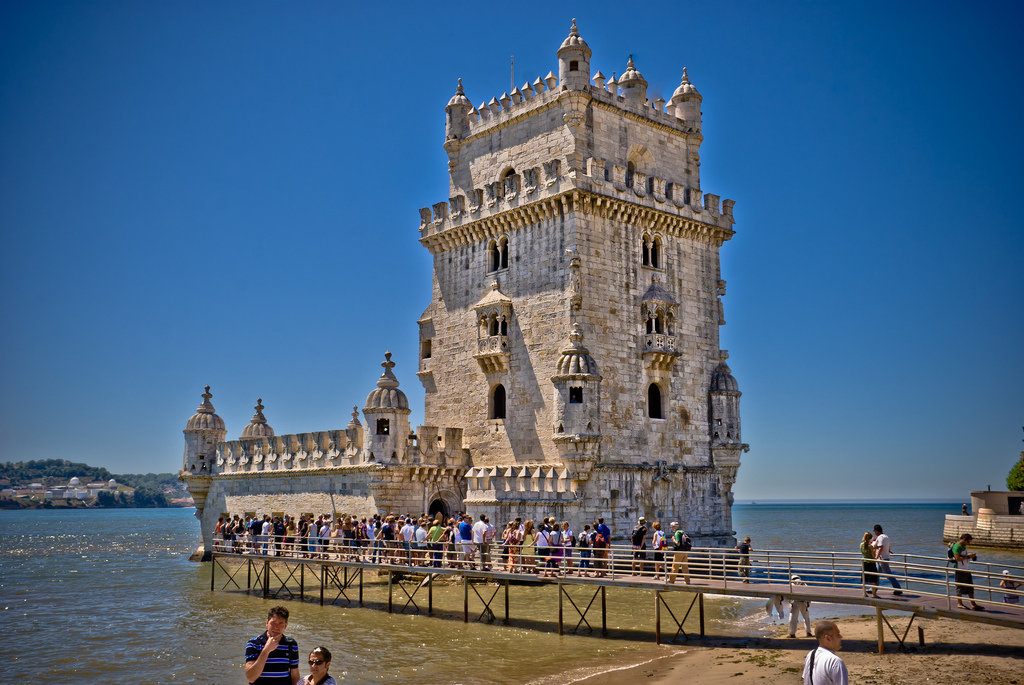 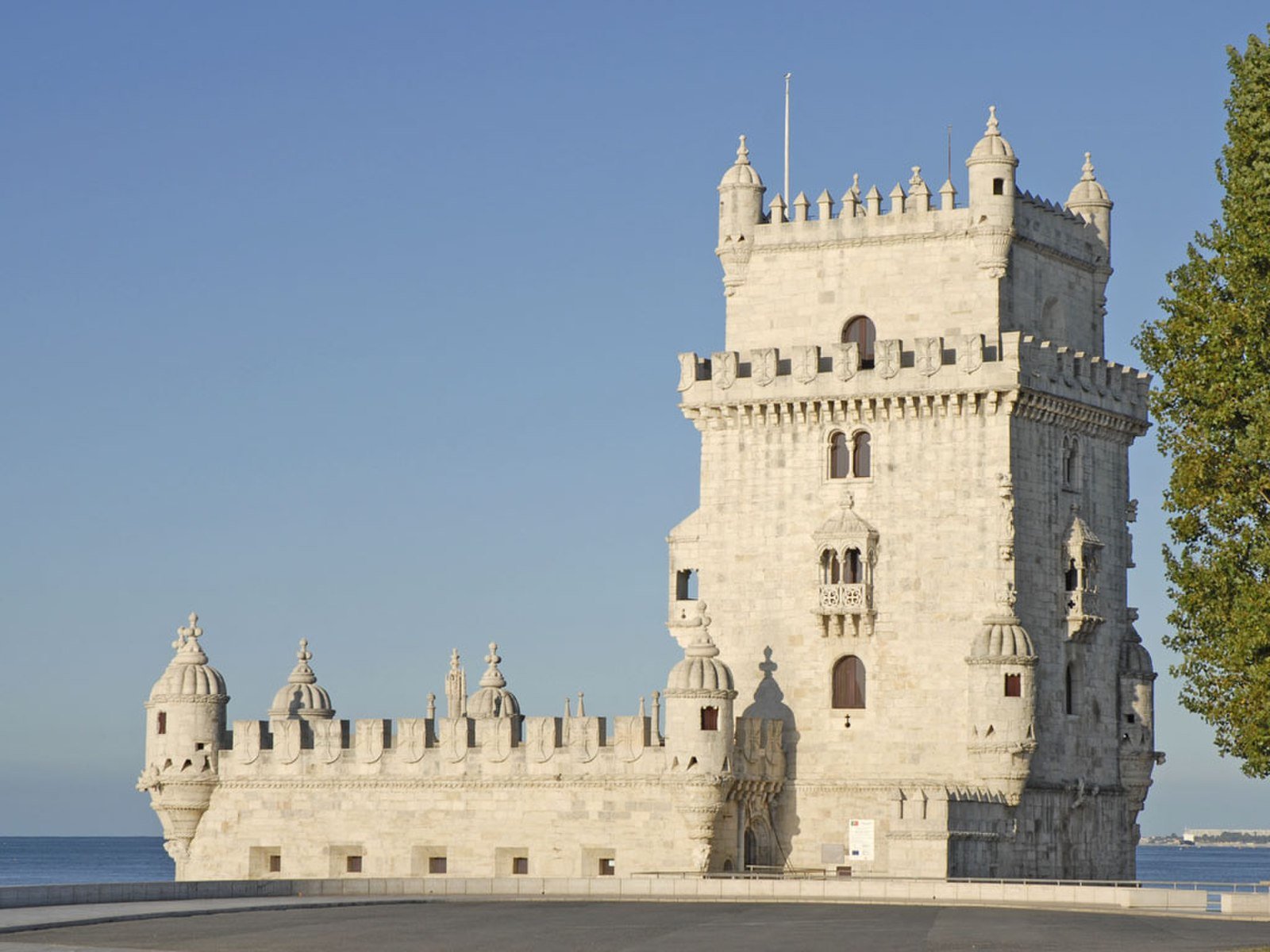 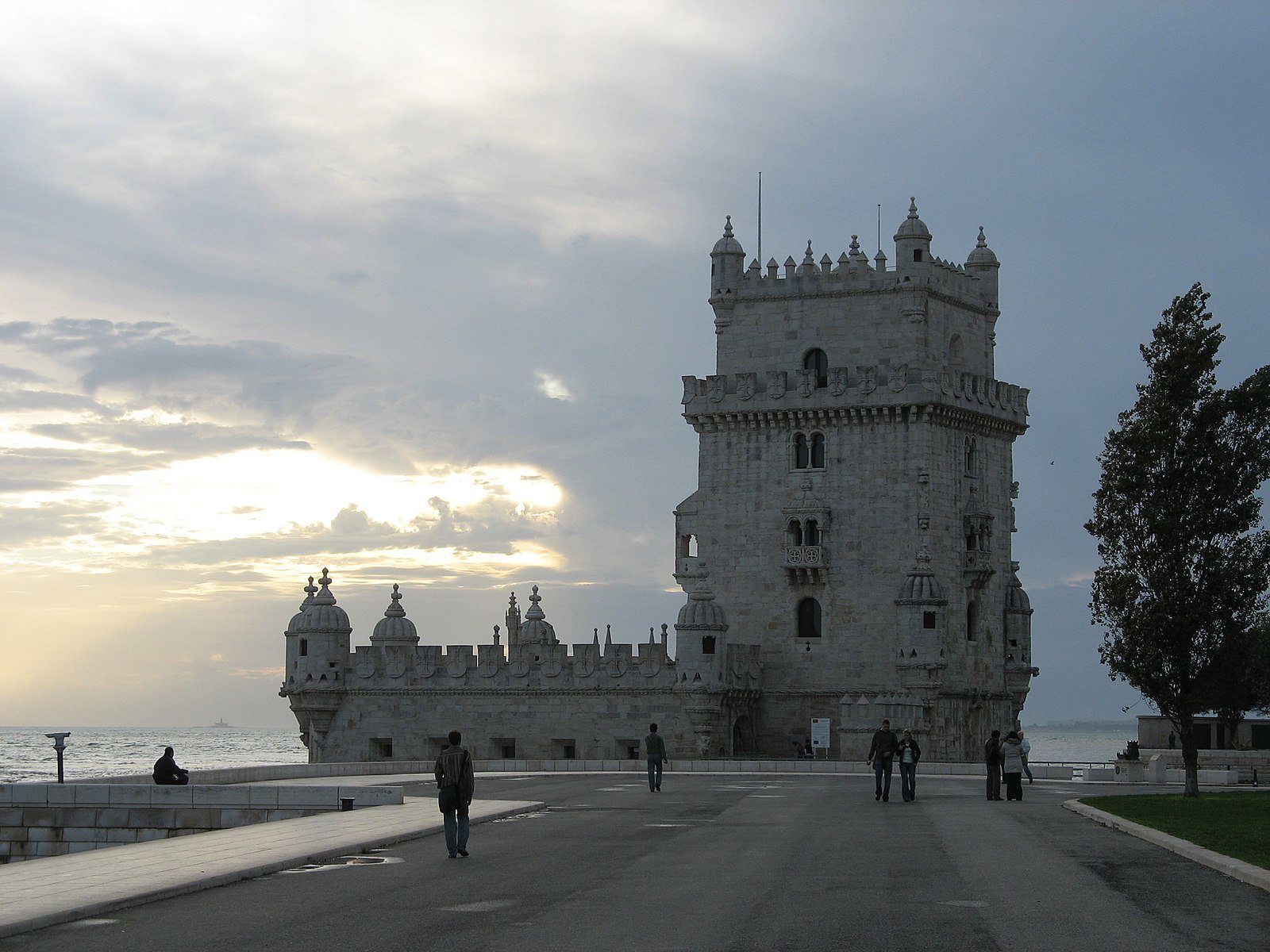 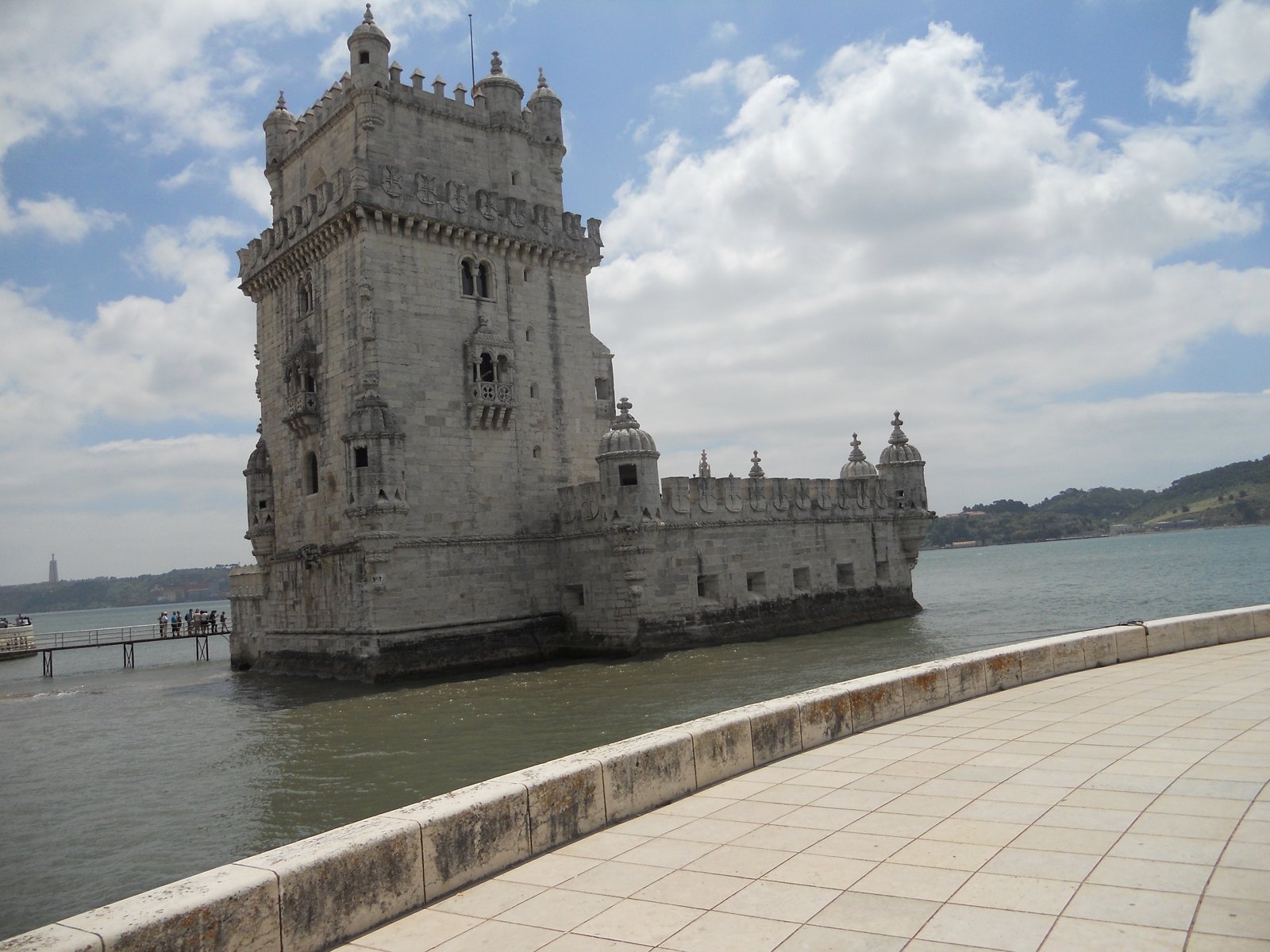 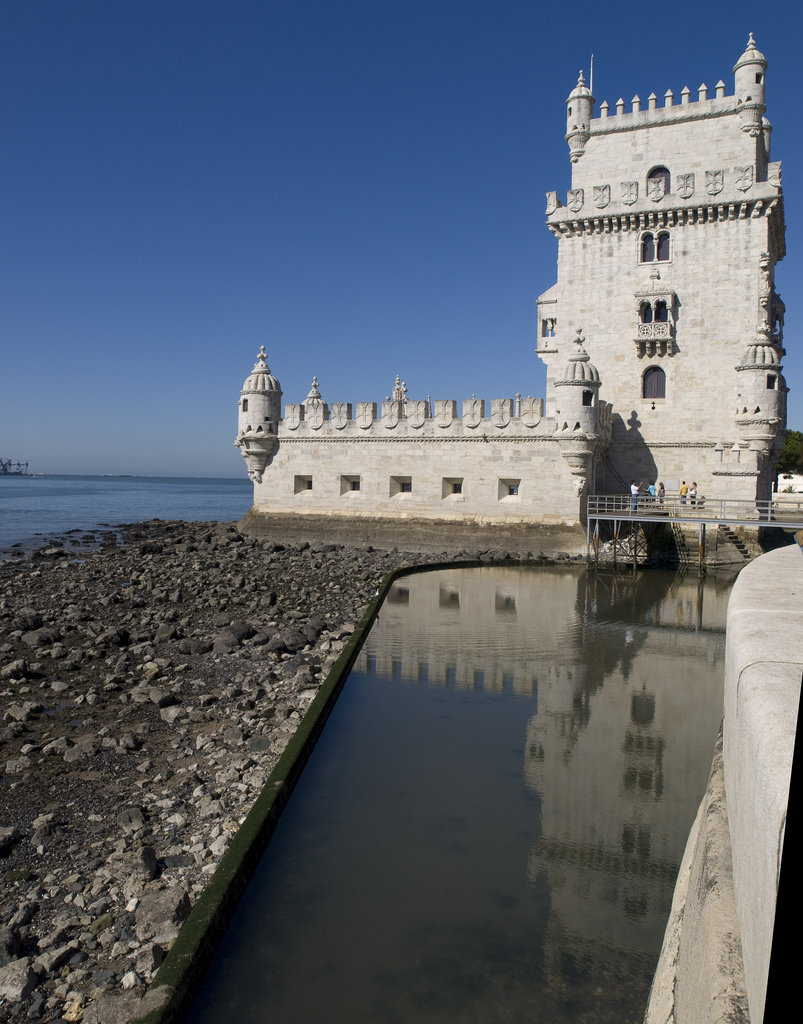 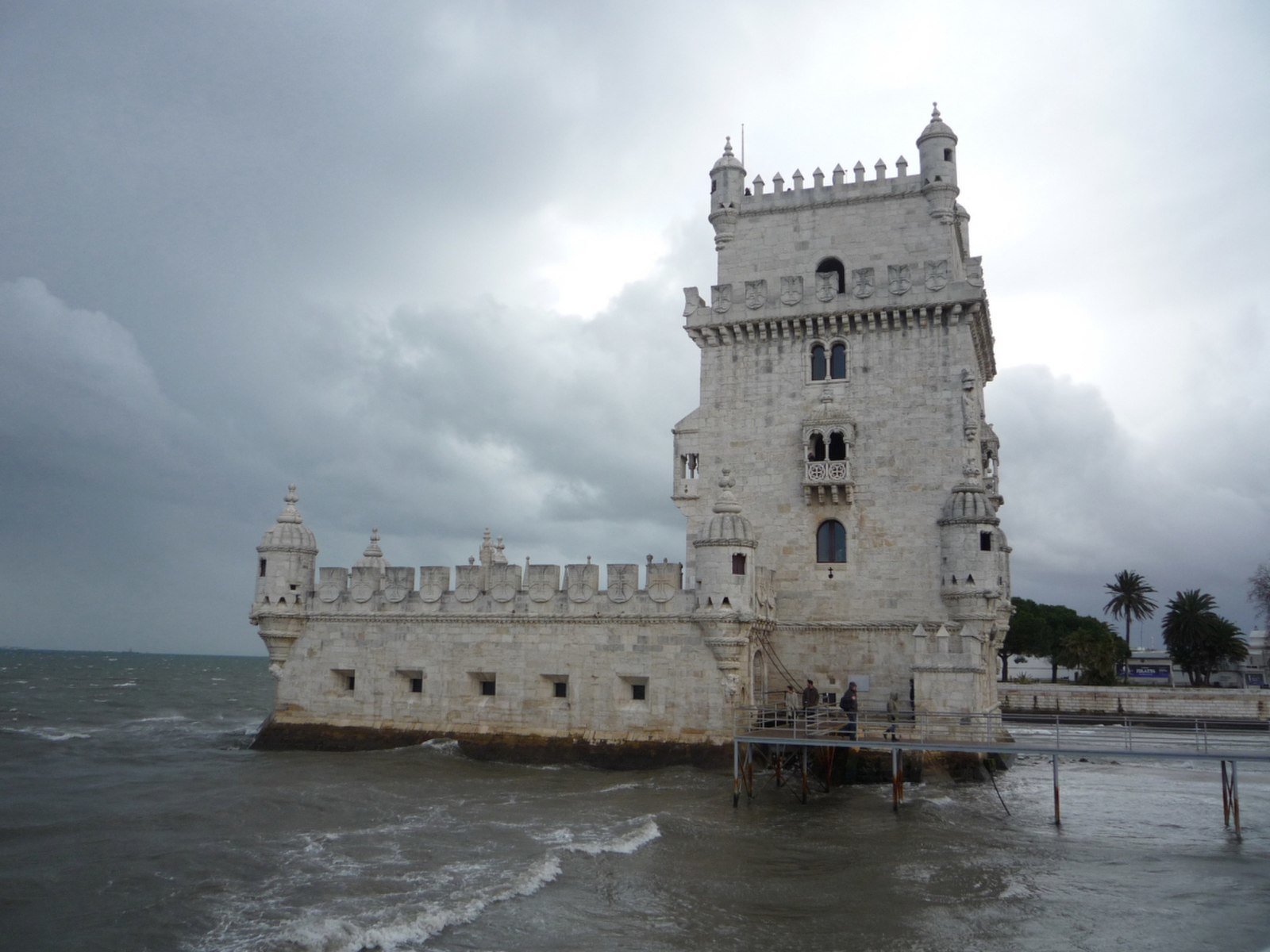