×
What are you looking for?
See all results
Presbyterian churches in Los Angeles 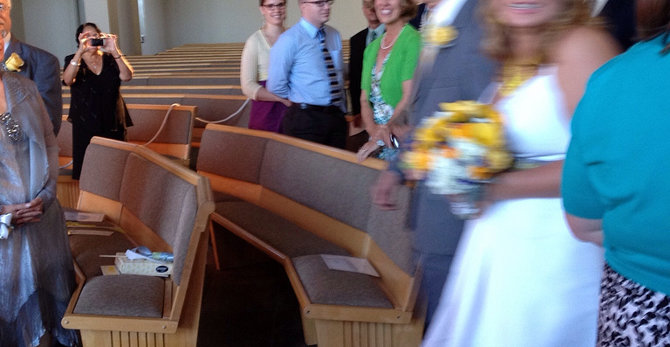 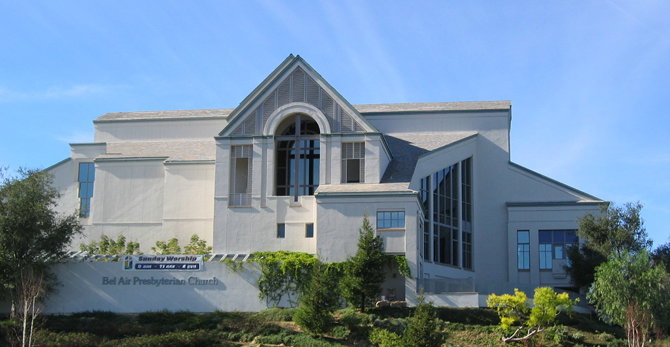 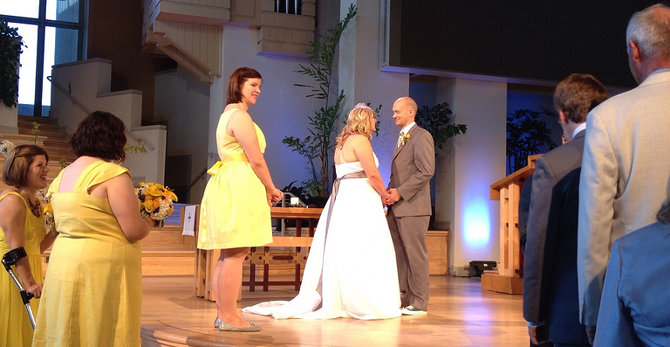 View all photos
I've been here
I Want to visit
Get directions
15,506 people have been here
8.2/10
Translate
English 中文 Google Translate

Bel Air Presbyterian Church is an evangelical Christian megachurch located in the Bel Air neighborhood of Los Angeles, California. The church is affiliated with the Presbyterian Church (U.S.A.) and the Willow Creek Association and currently averages more than 3,000 in attendance each weekend.

Since its founding in 1956, Bel Air Presbyterian has become one of the largest churches in Los Angeles. The church's motto is Making Los Angeles the greatest city for Christ. The church is located at 16221 Mulholland Drive, on a hill overlooking the San Fernando Valley.

The sanctuary organ was the world’s largest digital/pipe combination organ at its dedication in 1991, when the current sanctuary was completed, with a seating capacity of 1,400. The organ is world-renowned in the organ and classical music communities[]. It has been featured in many recordings, magazines and radio programs[].

In 2007, the church completed a $12 million dollar campus expansion program, The Campaign for Bel Air: Phase I, which included the two story Education Building, Discipleship Center, and Administration Building, including staff offices with views overlooking the The Valley.

Bel Air Presbyterian Church is an active member of the Presbyterian Church (USA) (PCUSA) denomination, and has participated in vigorous debates among the mainline denomination, on issues of theology. Bel Air has tended to be more conservative and Evangelical than others in the PCUSA[]. The church is also a member of the Evangelical Willow Creek Association.

Weekly church attendance currently exceeds 2,500, making it one of the largest and fastest-growing Presbyterian churches in the United States.

Many members of Bel Air Presbyterian Church are involved in the entertainment industry[], and many are prominent within the Westside L.A. community. In addition, many young actors[]attend the church's midweek young adults service, The Foundry. Bel Air also has many young families from The Valley in its congregation. President Ronald Reagan and First Lady Nancy Reagan regularly attended the church after leaving office, and Mrs. Reagan still occasionally attends. Famous celebrities that have been spotted at Bel Air in recent years include Jessica Simpson, Britney Spears, Paris Hilton, Lance Bass, Sean Astin, and Leonardo DiCaprio, garnering Bel Air the title of "L.A.'s Celebrity Church"[].

Every Easter Sunday, the church holds the largest worship service in Southern California at the famous Hollywood Bowl, with attendance exceeding 10,000.

The Electric Fountain is a water fountain located in Beverly Hills,

Beverly Hills Sign is a tourist attraction, one of the Parks in

The Mendocino Presbyterian Church is an historic Carpenter Gothic

The Peekskill Presbyterian Church is a historic Greek Revival-style 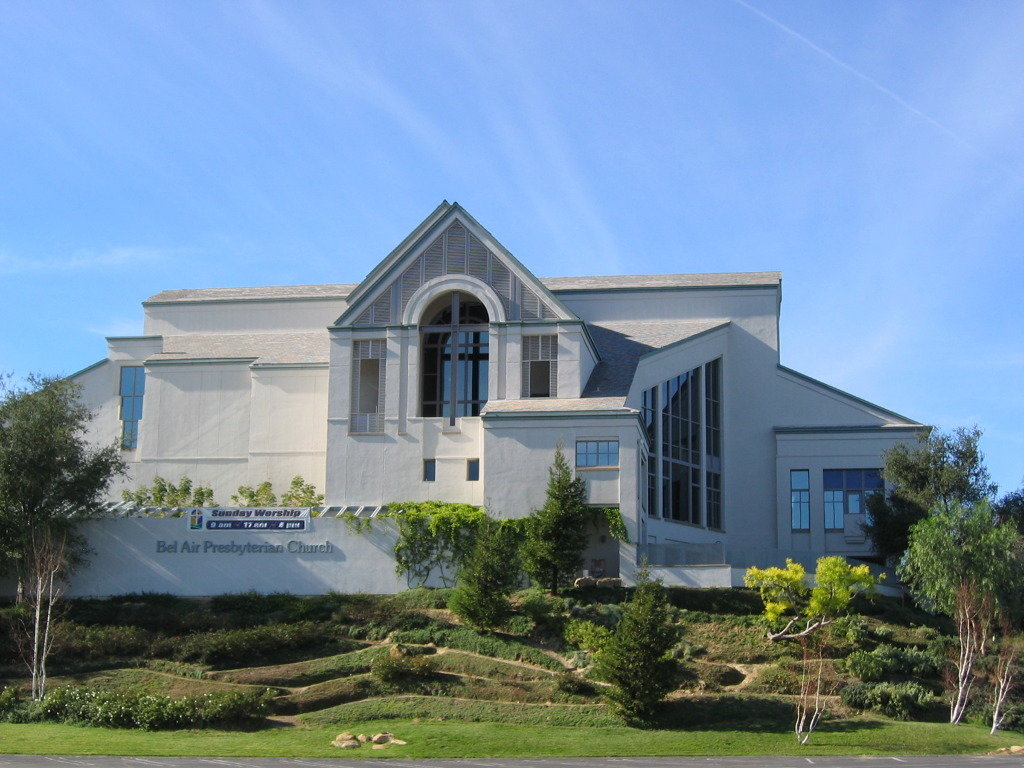 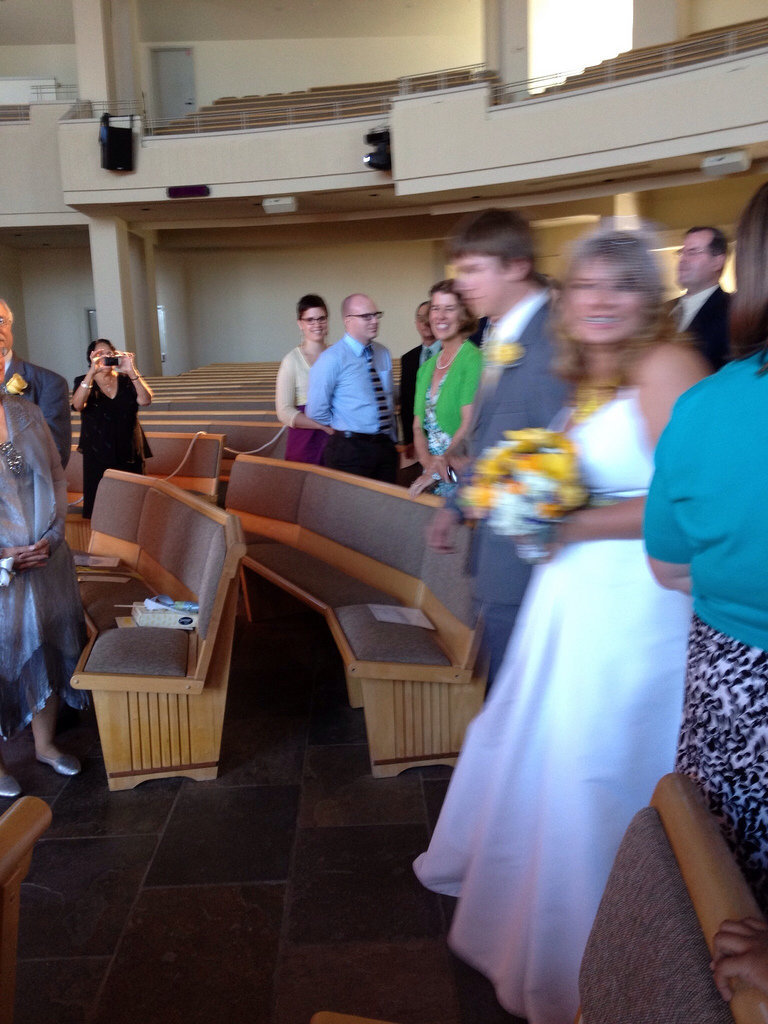 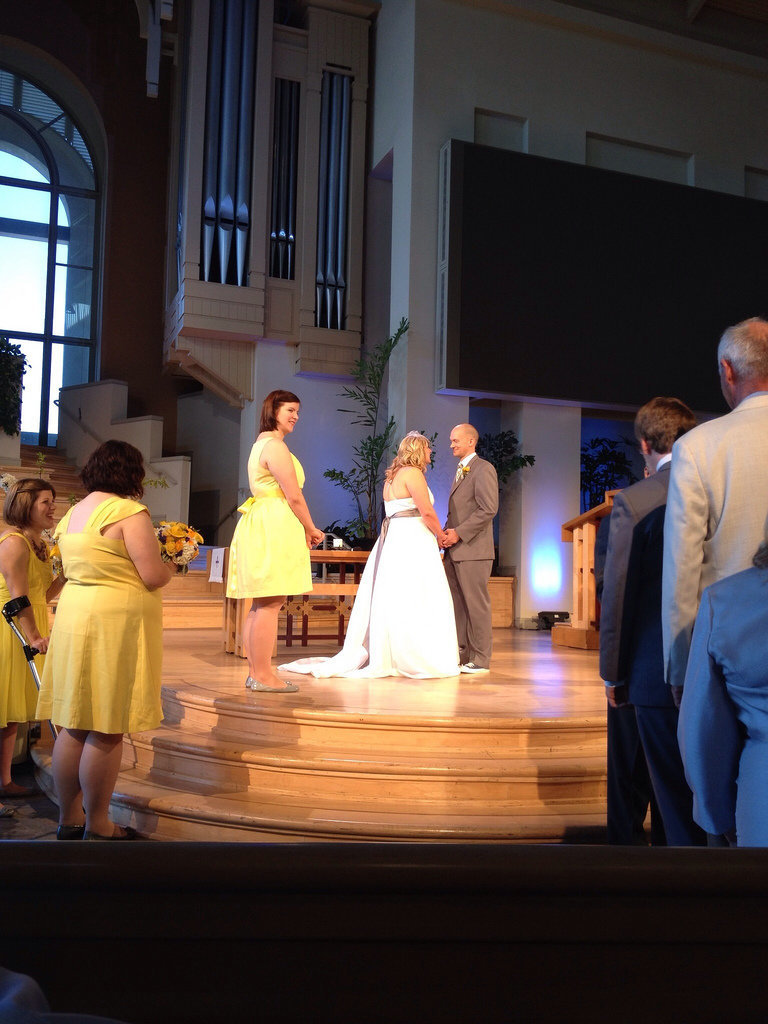 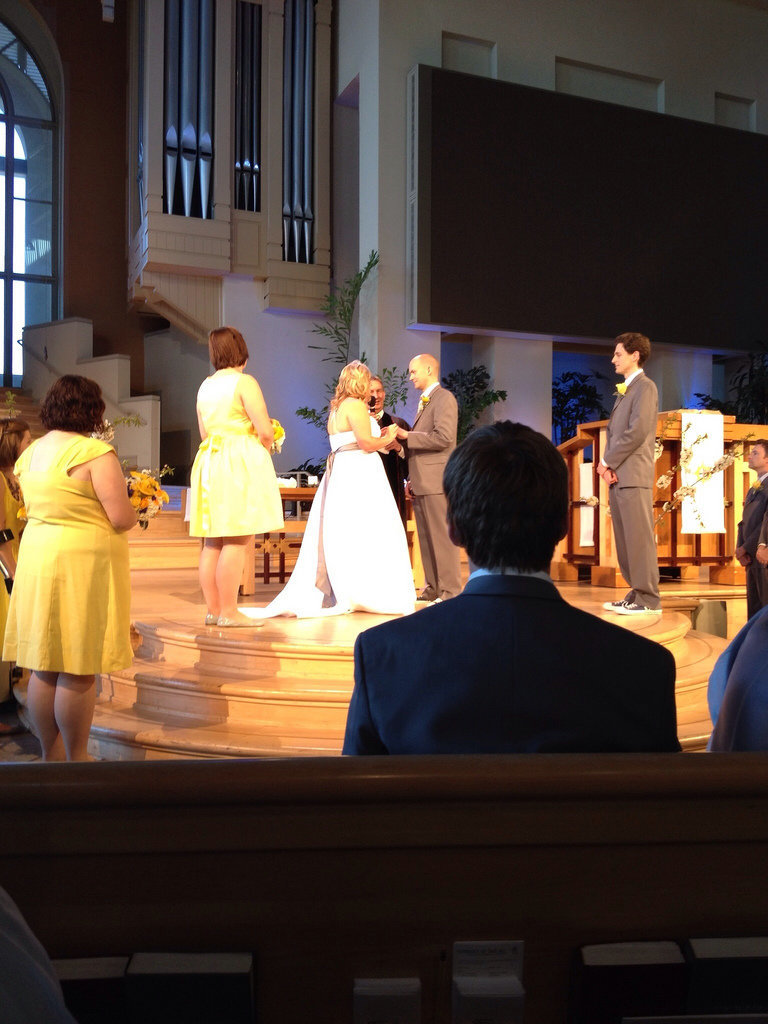 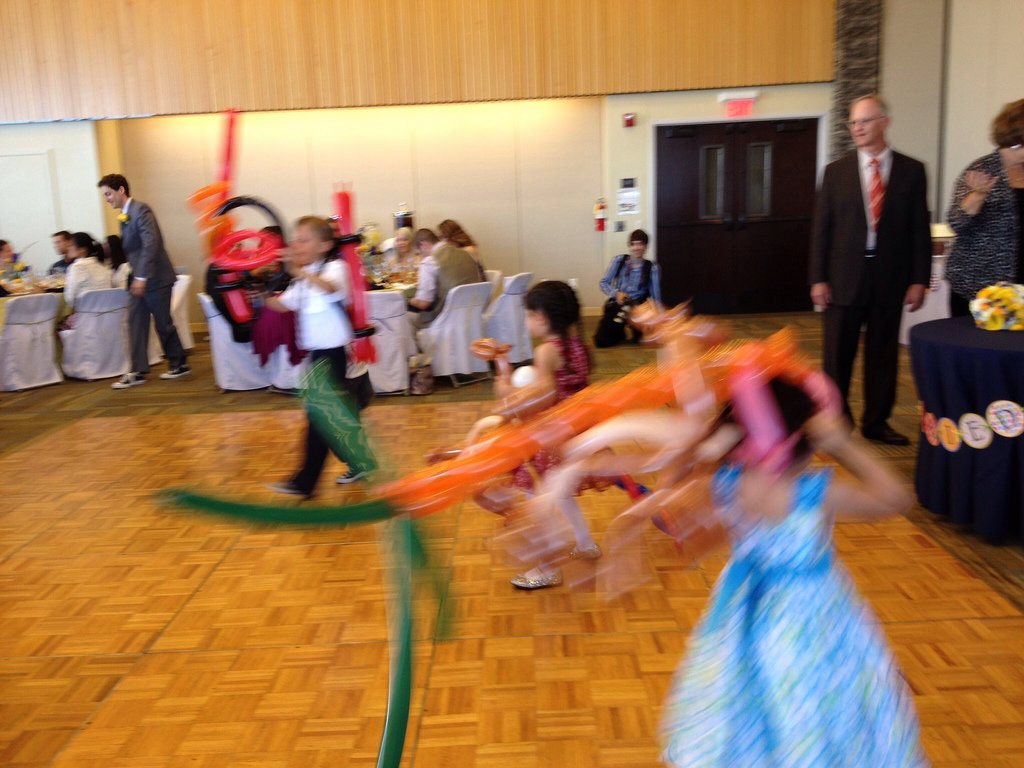 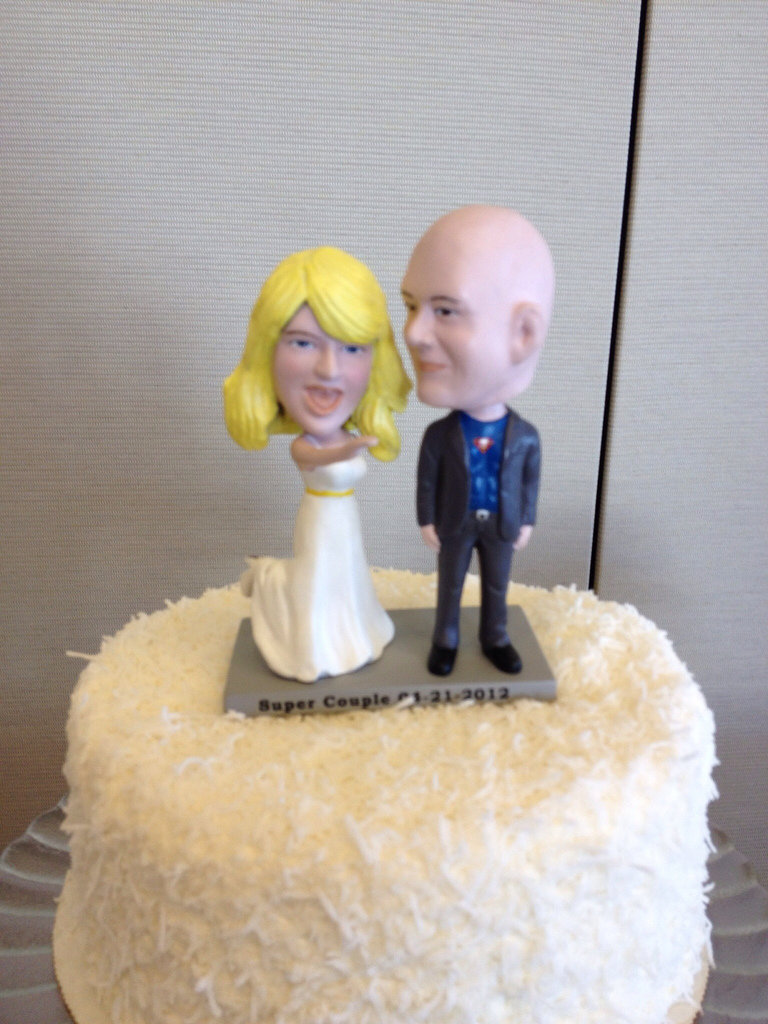 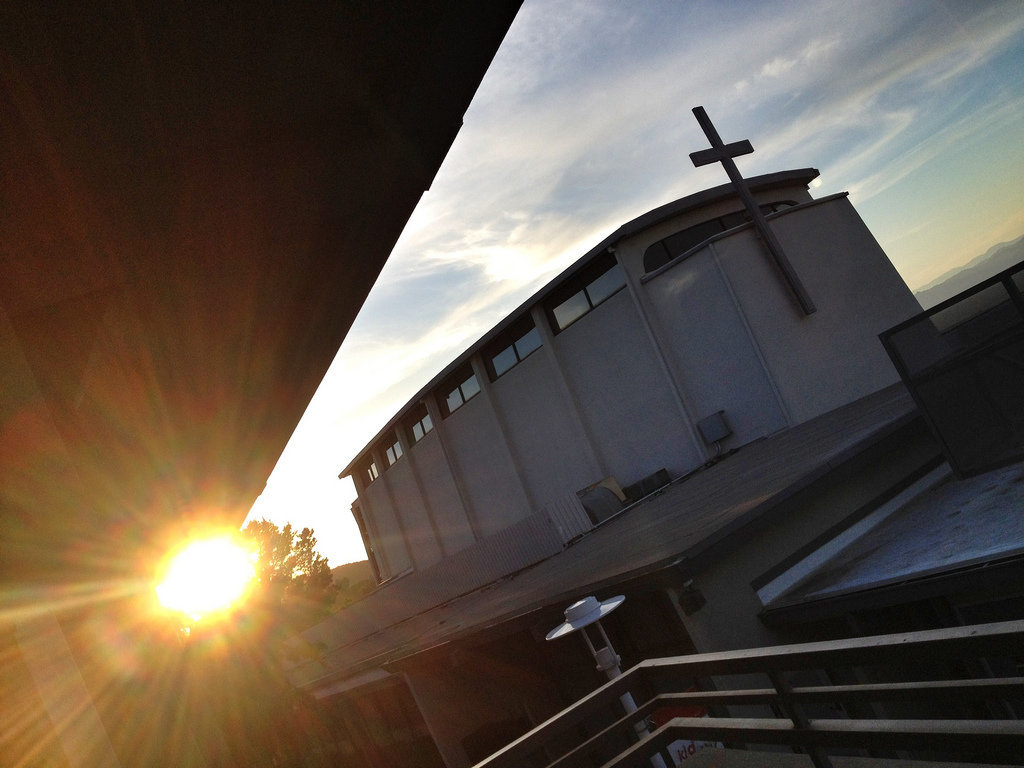 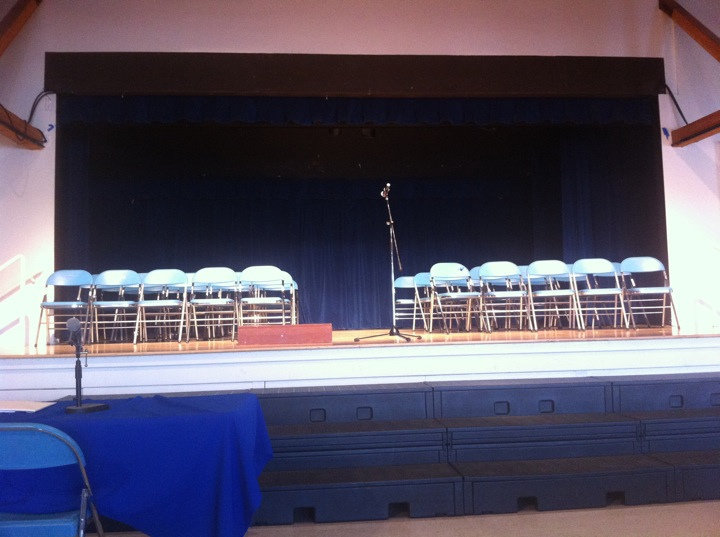