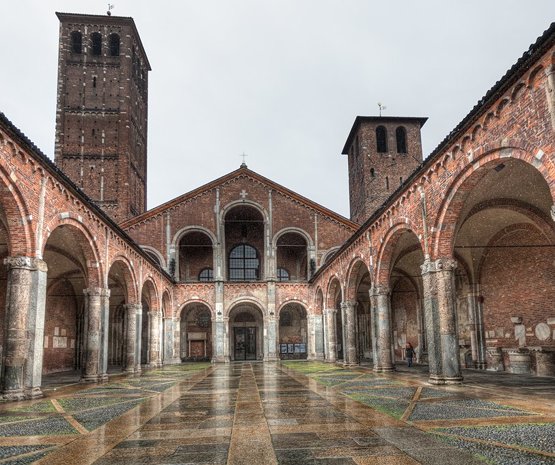 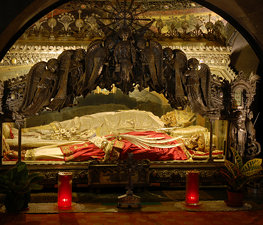 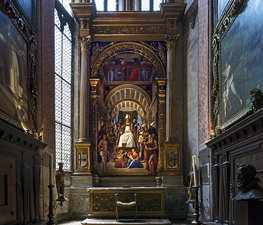 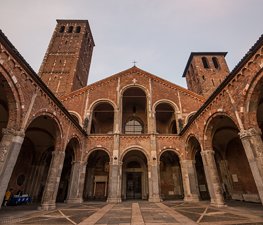 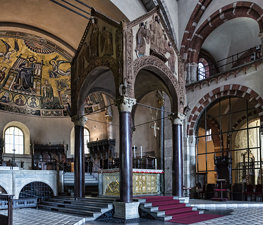 The Basilica of Sant'Ambrogio (St. Ambrose) is a church in Milan, northern Italy.

One of the most ancient churches in Milan, it was built by St. Ambrose in 379-386, in an area where numerous martyrs of the Roman persecutions had been buried. The first name of the church was in fact Basilica Martyrum.

In the following centuries the edifice underwent several restorations and partial reconstructions, assuming the current appearance in 1099, when it was rebuilt in Romanesque architecture. The basilica plan of the original edifice was maintained, with an apse and two aisles, all with apses, and a portico with elegant archs supported by semicolumns and pilasters preceding the entrance. The latter was used to house the disciples (catecumeni) coming to Mass to receive baptism (this habit disappeared in the early 11th century).

The flat appearance of the hut-like façade is typical of Lombard medieval architecture. It has two loggias, the lower one with three arcades of equal dimensions joining the portico. The upper loggia has five arcades of different height that follow the ceiling. It is used by the bishop of Milan to bless the people attending outside.

The basilica has two bell towers. The right one, called dei Monaci ("of the Monks"), is from the 9th century and has a severe appearance. The left and higher one dates to 1144, the last two floors added in 1889.

The interior of the basilica has the same size as the external portico. Notable is the apse mosaic, portraying the Christ pantokrator and dating from the early 13th century.

The church also houses the tomb of Emperor Louis II, who died in Lombardy in 875.

In August 1943 the Anglo-American bombings heavily damaged the Basilica which was almost completely destroyed.

Royce Hall, at the University of California, Los Angeles, is modelled after Sant'Ambrogio.

Milano è Turismo
It is a superb example of Lombard Romanesque architecture and it is dedicated to Ambrose, bishop of Milan. At that time Ambrose had named it “Basilica Martyrum.” http://tinyurl.com/8th3hl6

Alek
Be sure to pay a visit to the bones of St. Ambrose, Bishop and Father of the Church, laid out with the martyrs which he recovered, Sts. Gervasius and Protasius. The basilica museum is also worth it.

Otel.com
This historical church is where many martyrs are buried, and where you'll learn about medieval architecture and history. Don't miss the Crypt of St. Ambrose and art at the Sarcophagus of Stilichone.

The Last Supper is the final meal that, in the Gospel accounts, Jesus

The Colonne di San Lorenzo is the best-known Roman ruin in Milan. It

The Biblioteca Ambrosiana is a historic library in Milan, Italy, also

Balıklıgöl (or Pool of Abraham, Halil-Ür Rahman Lake), is a lake in

The Church of Saint Charles at the Four Fountains (italiano. Chiesa di 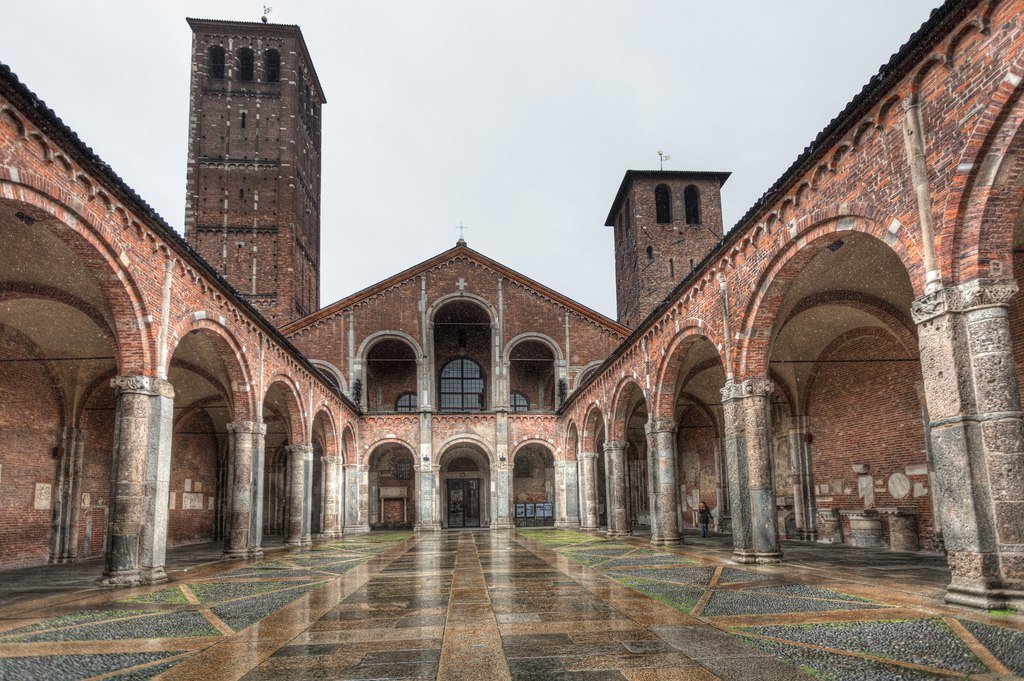 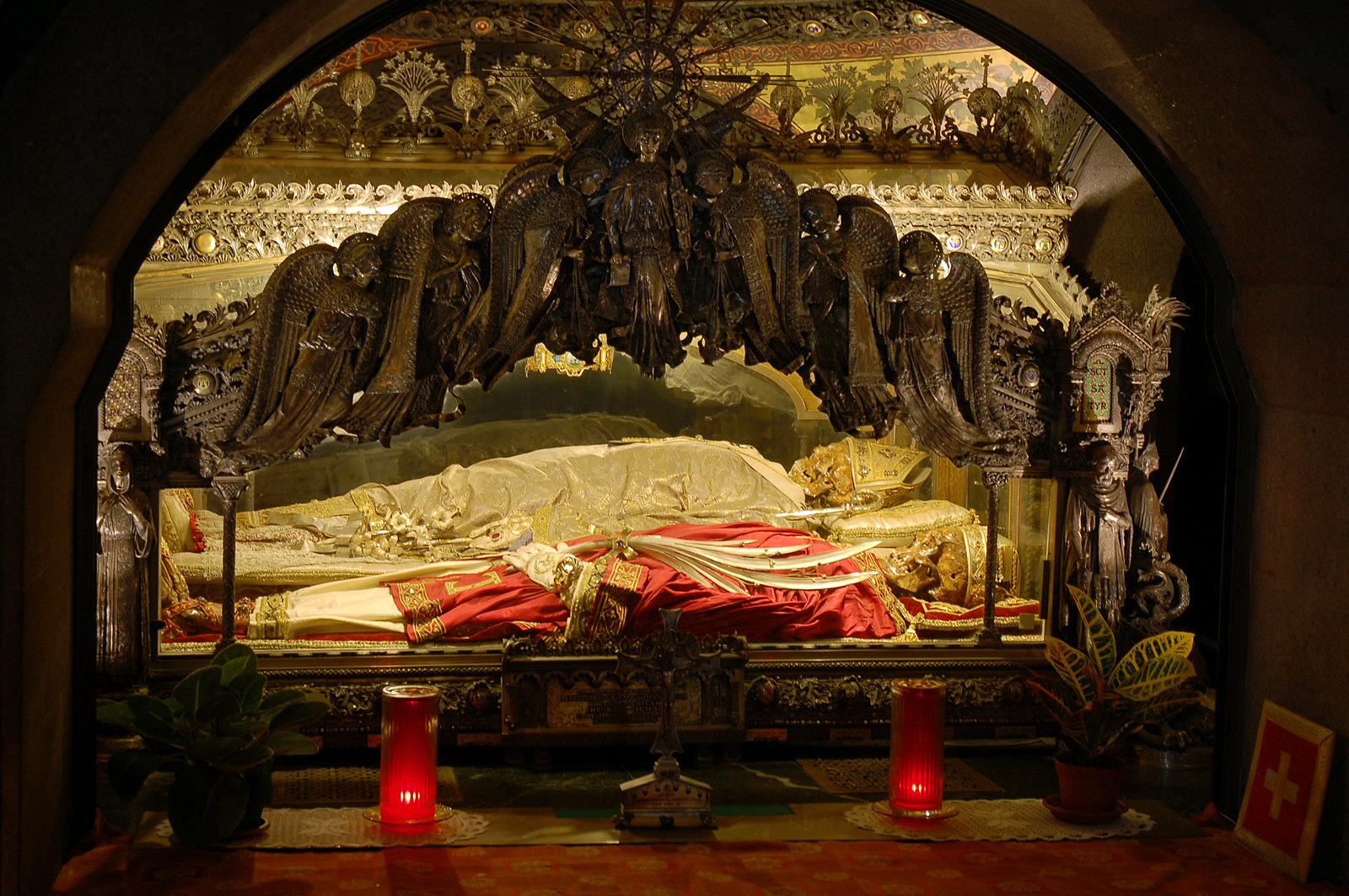 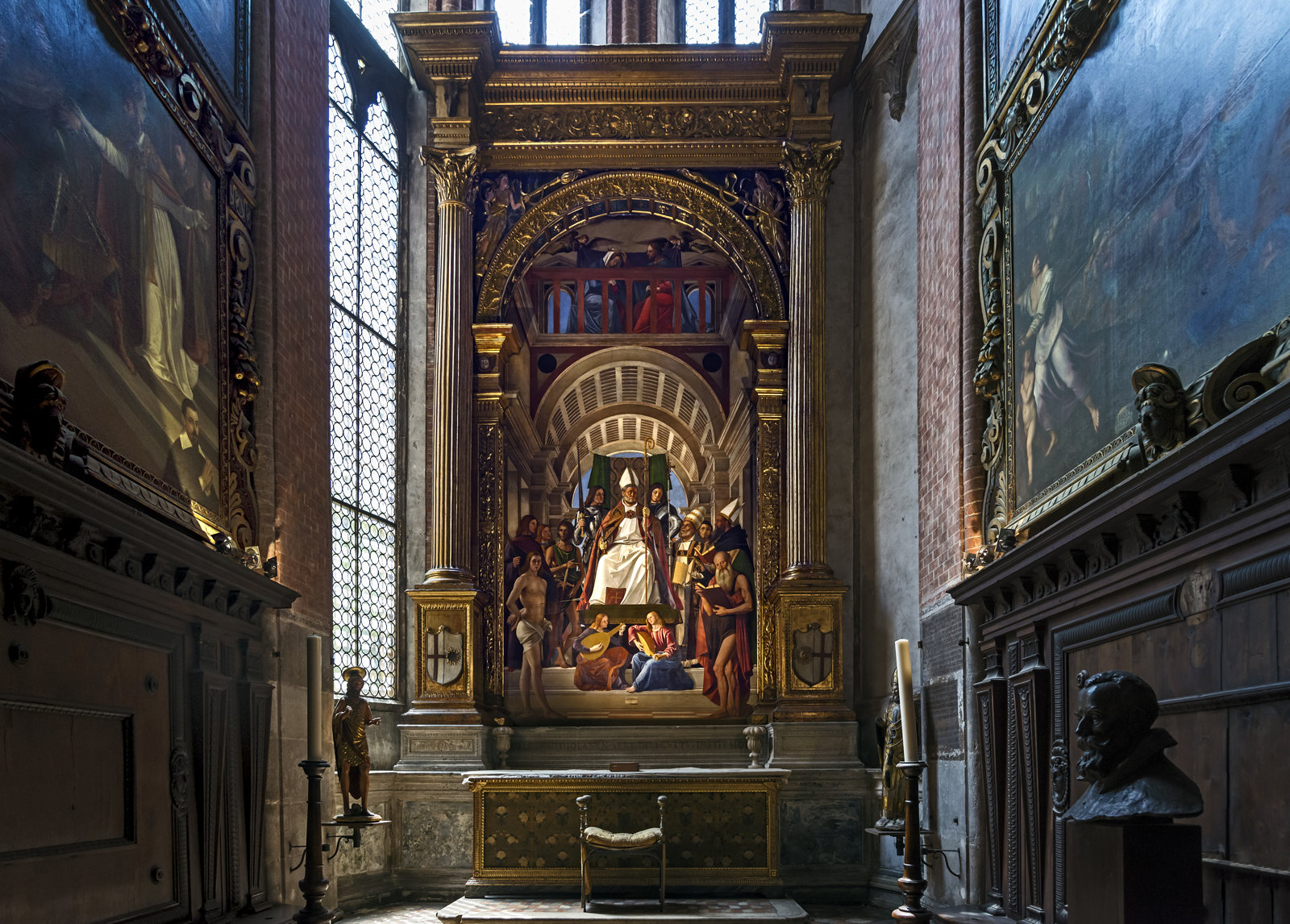 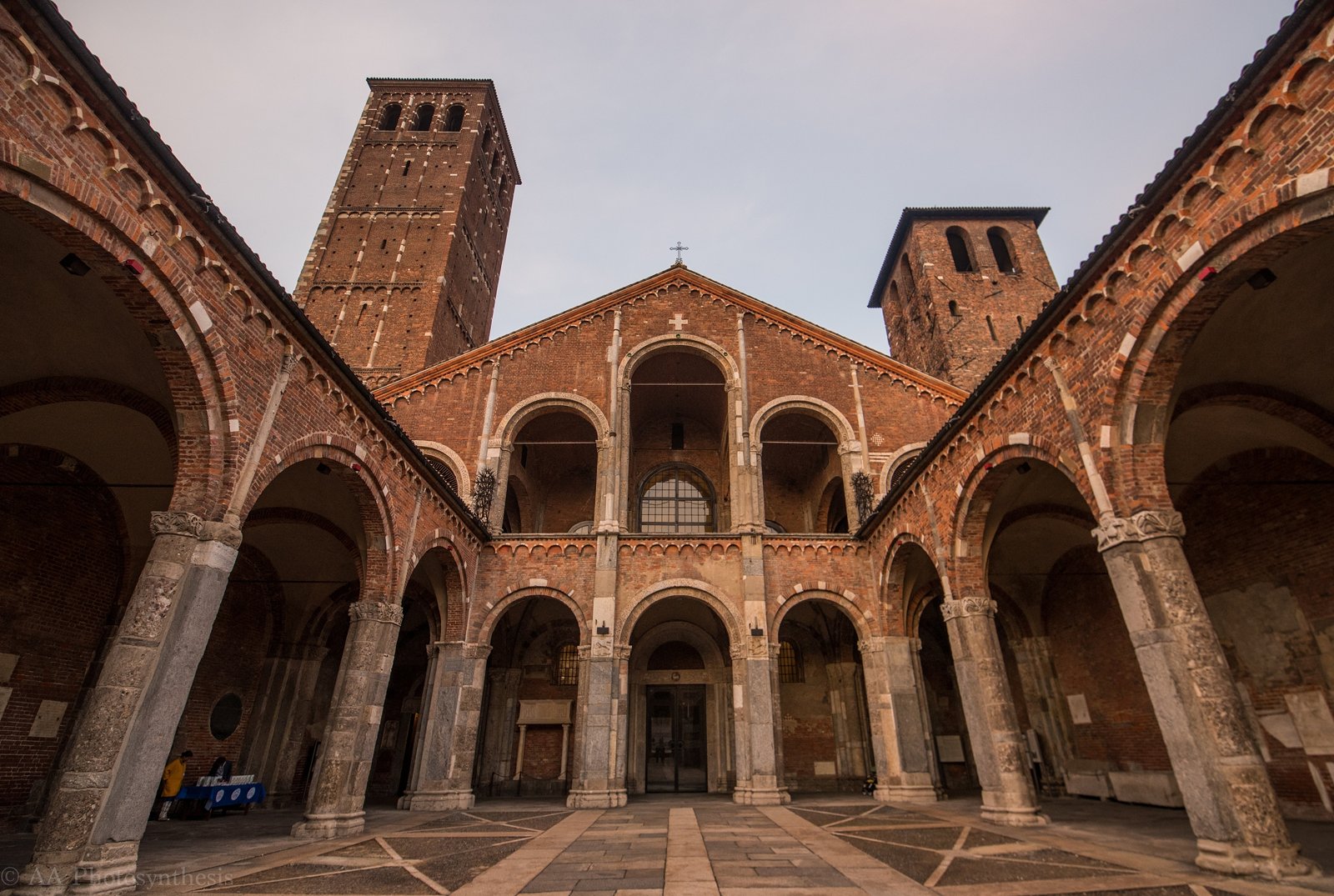 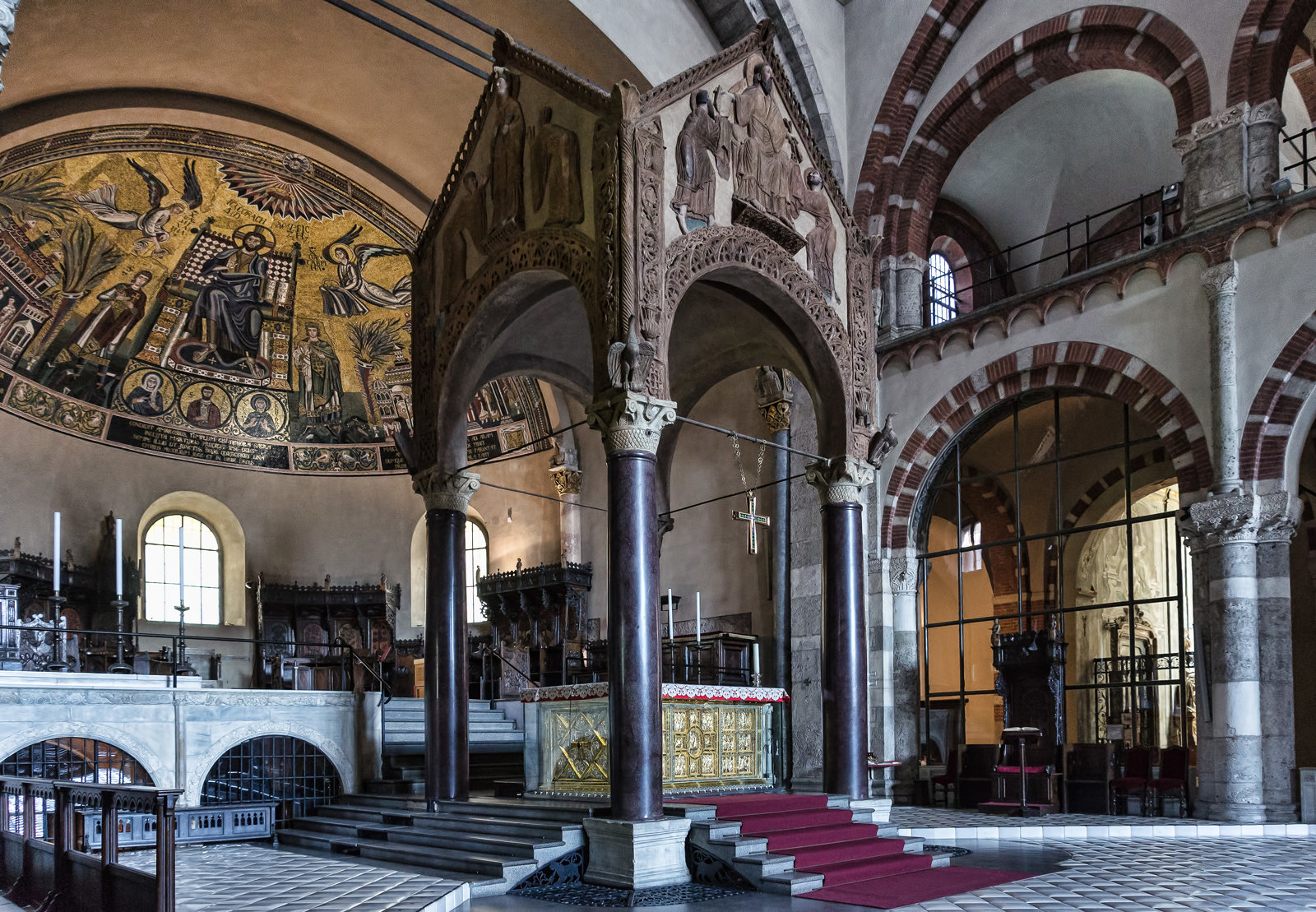 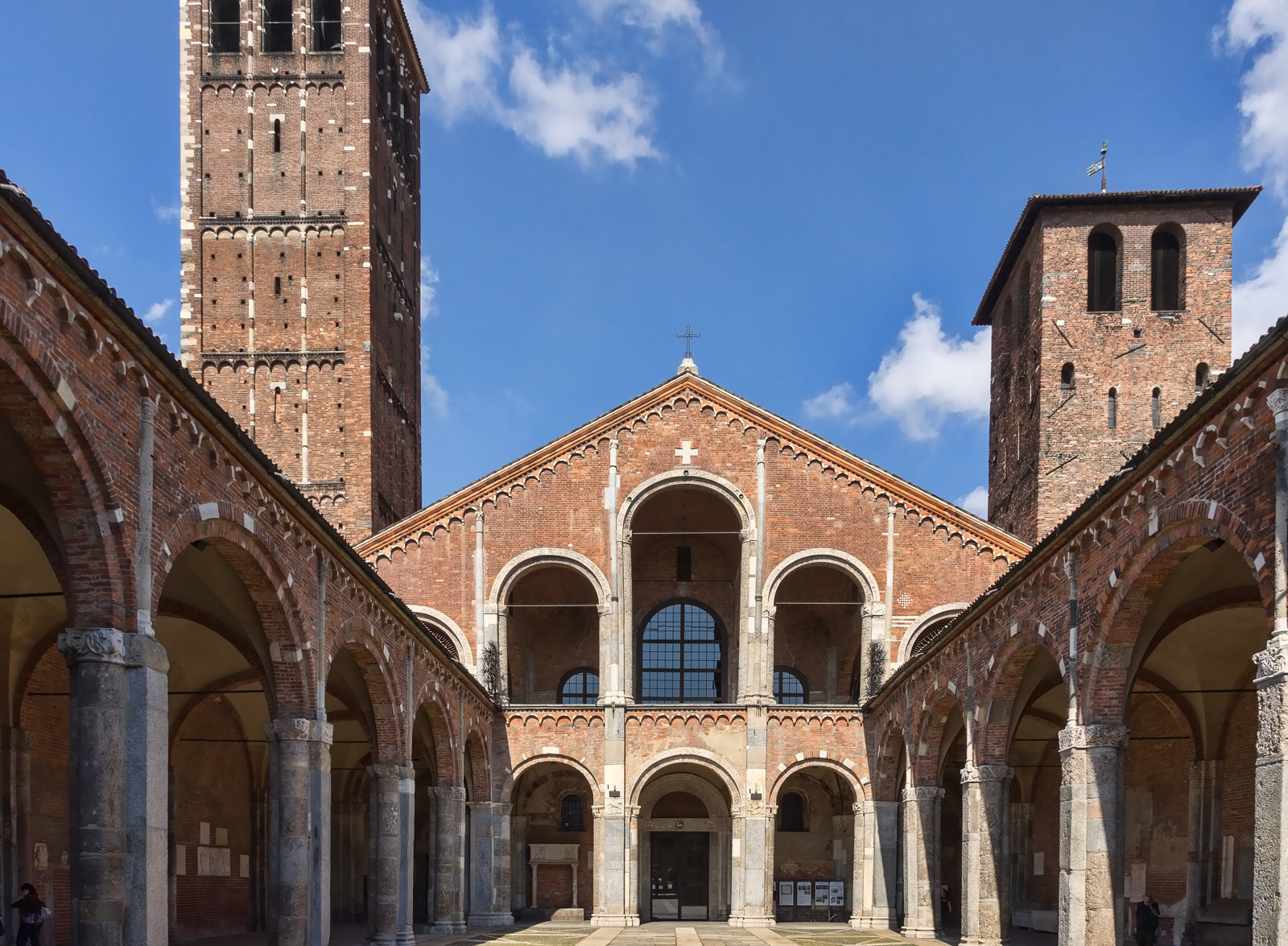 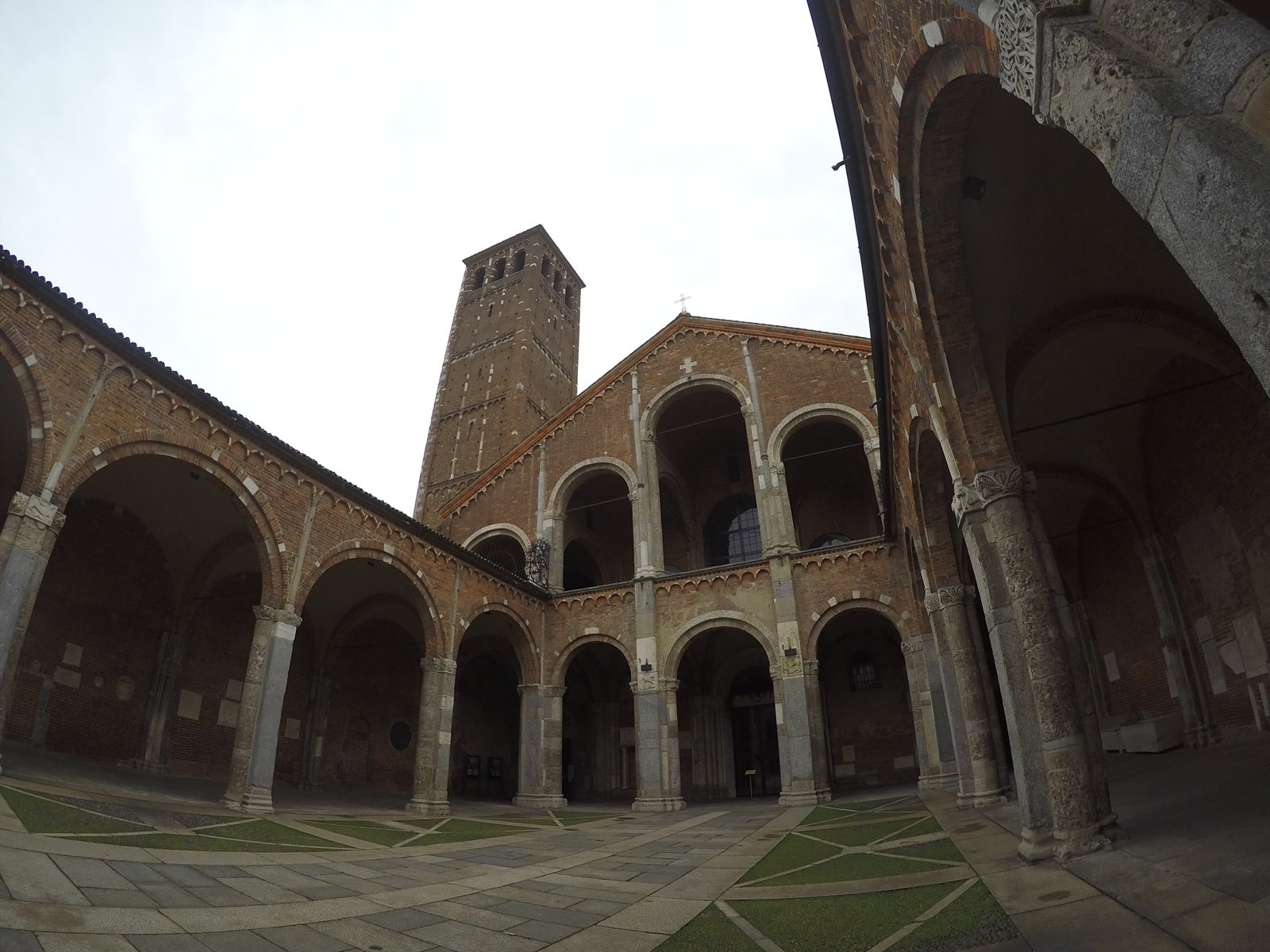 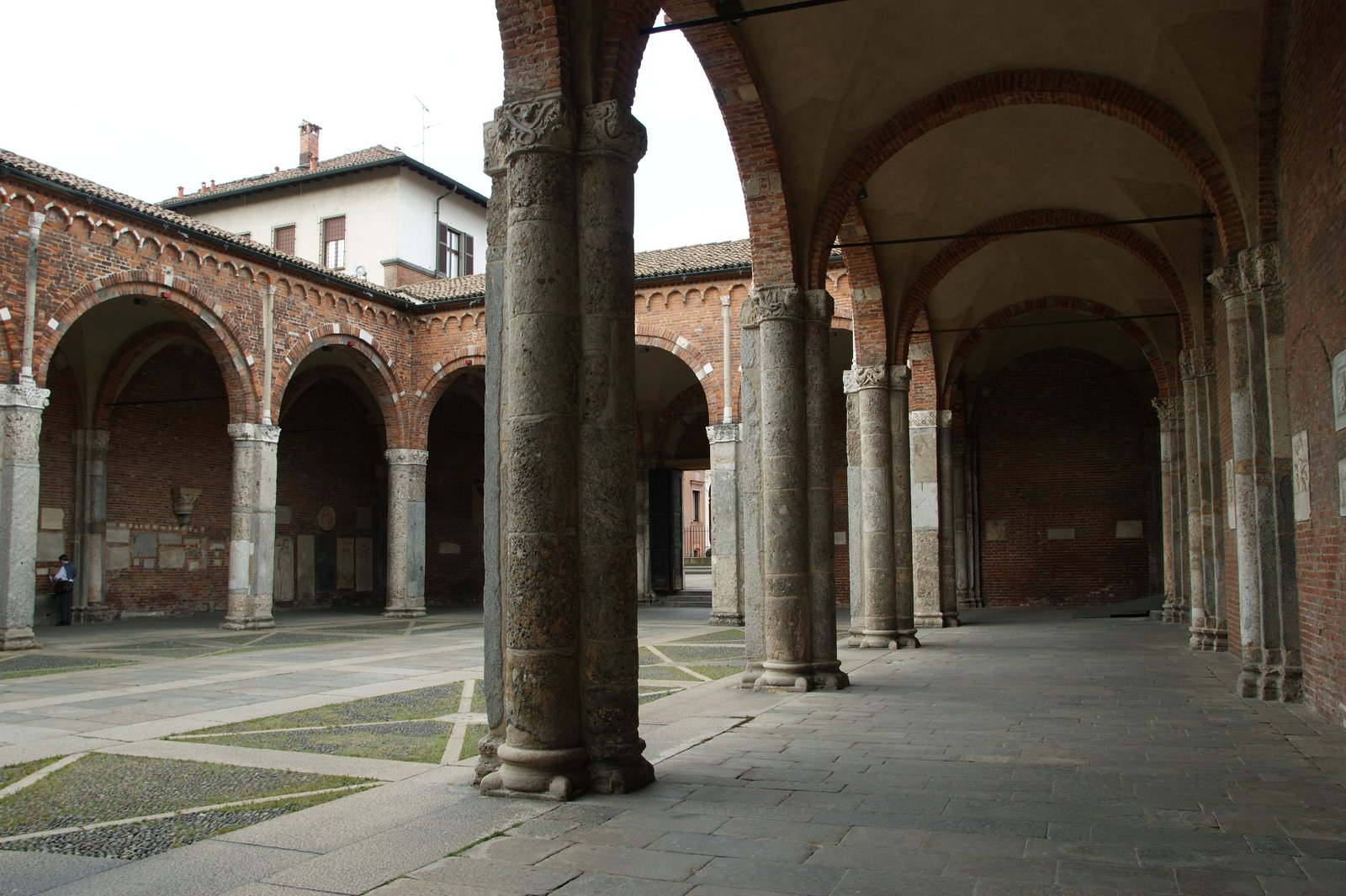 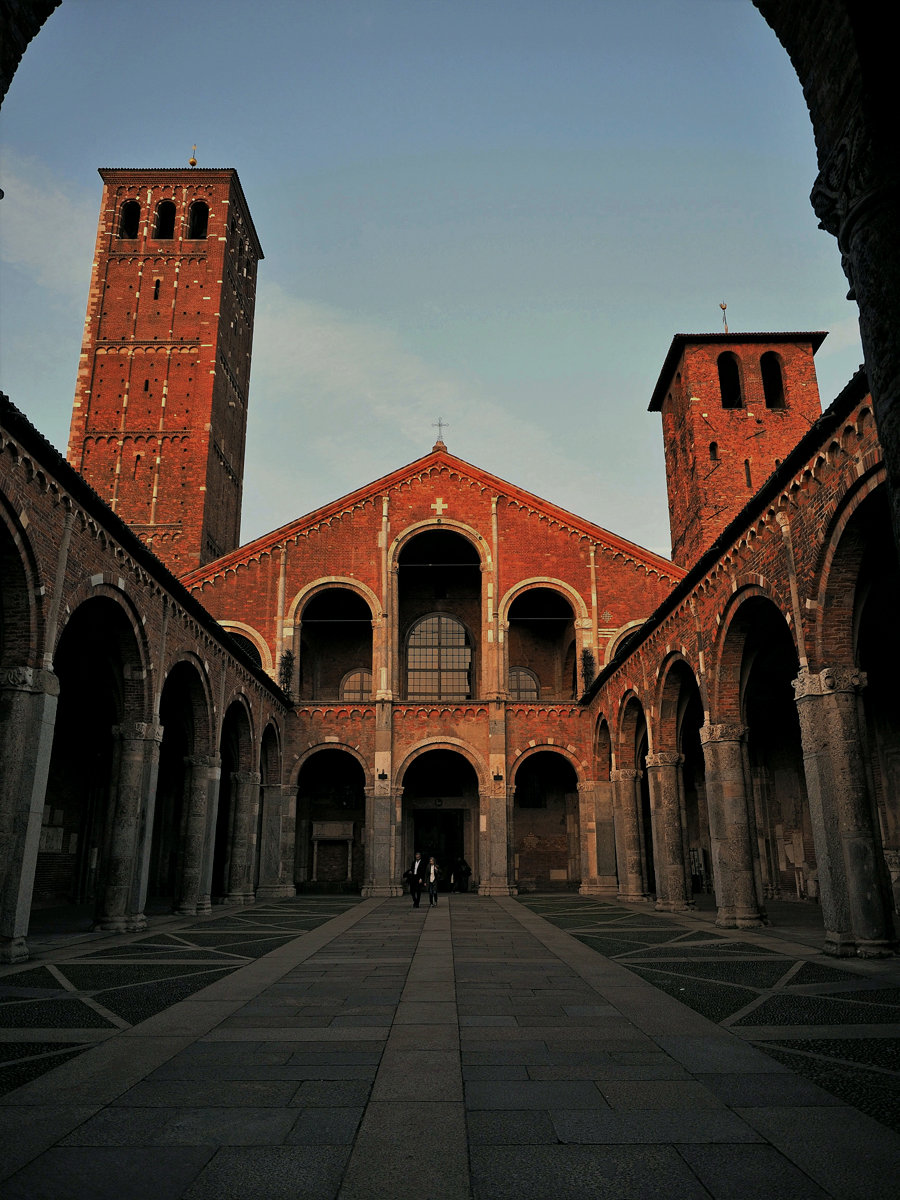 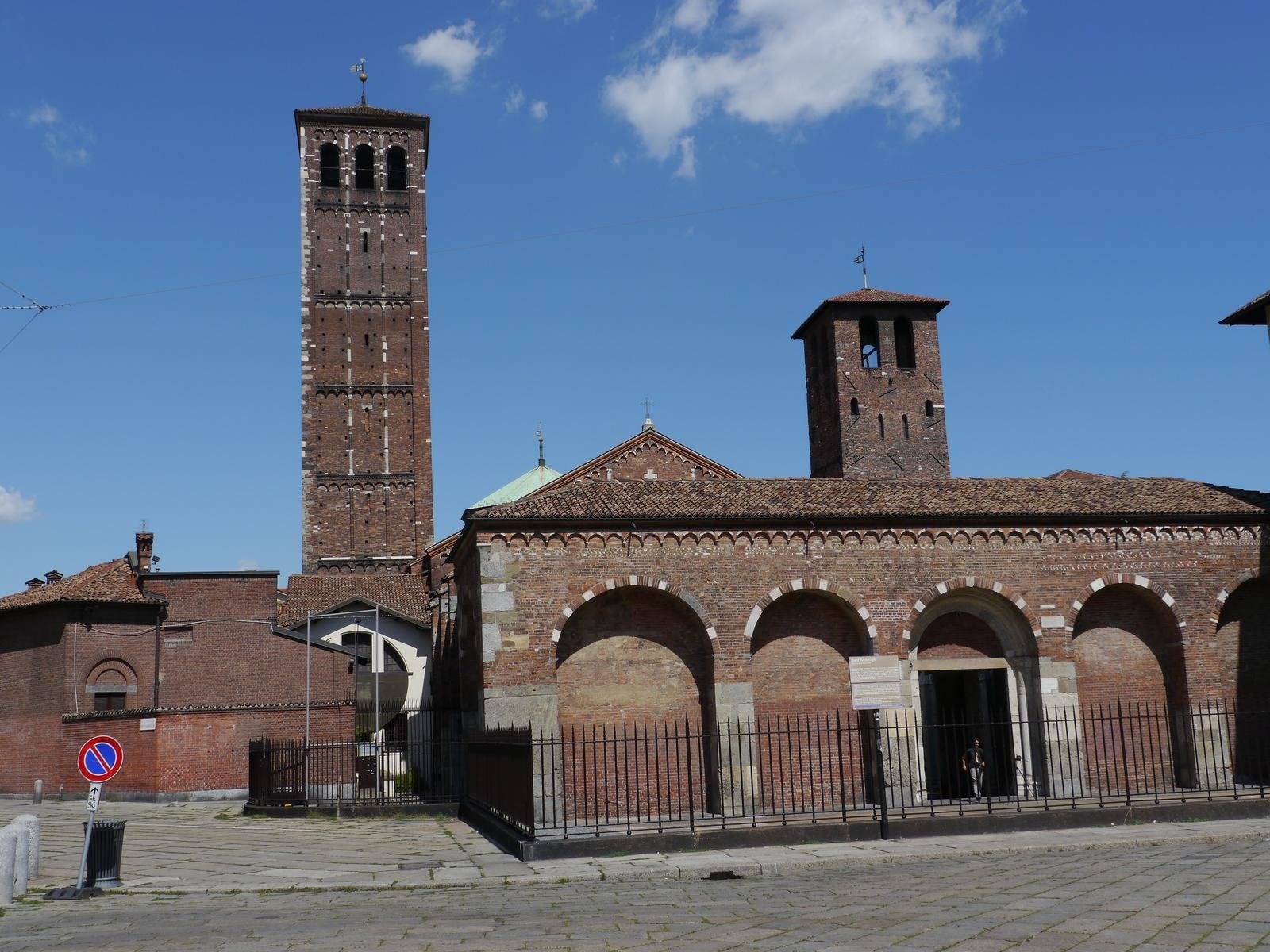 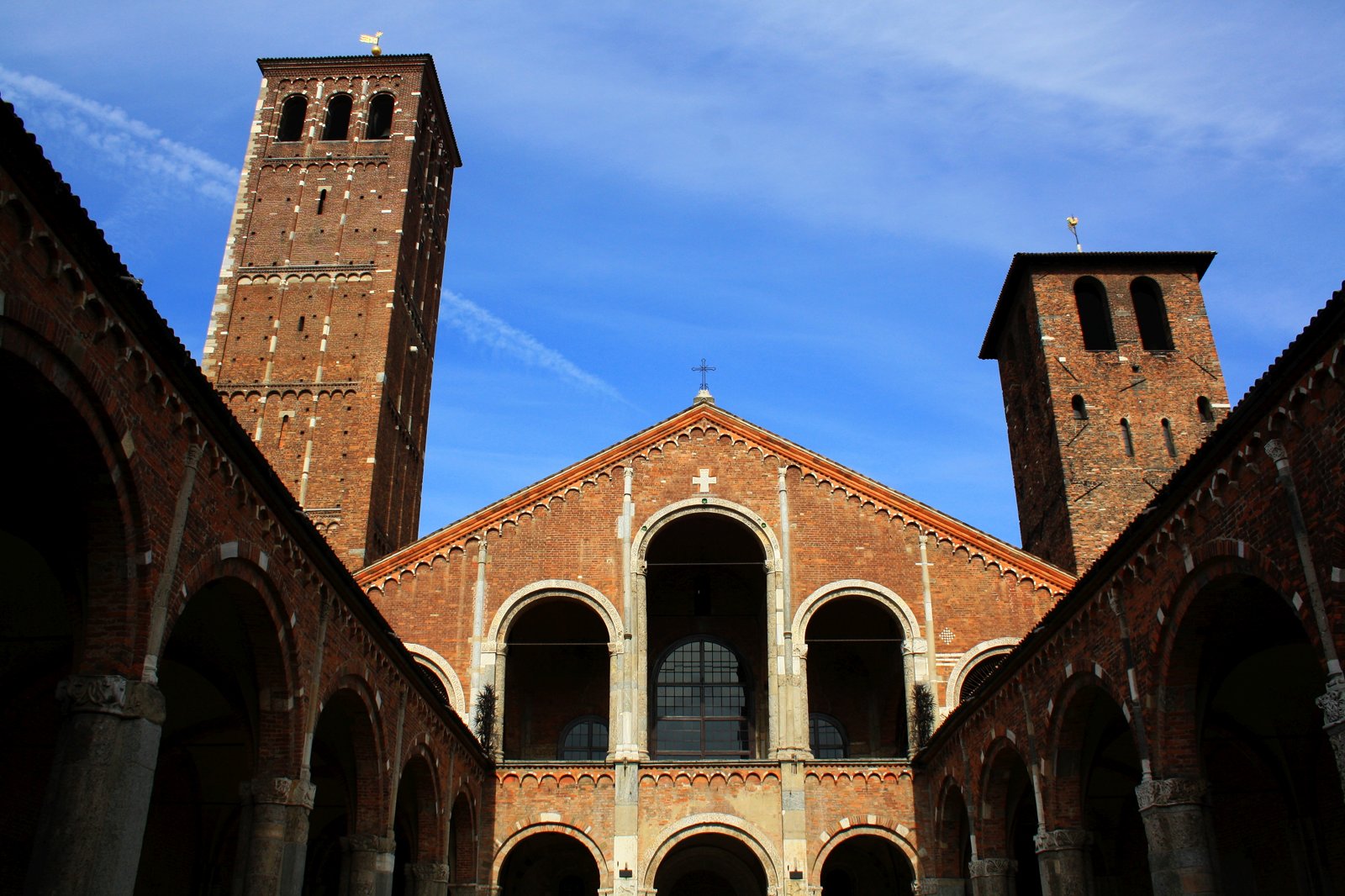 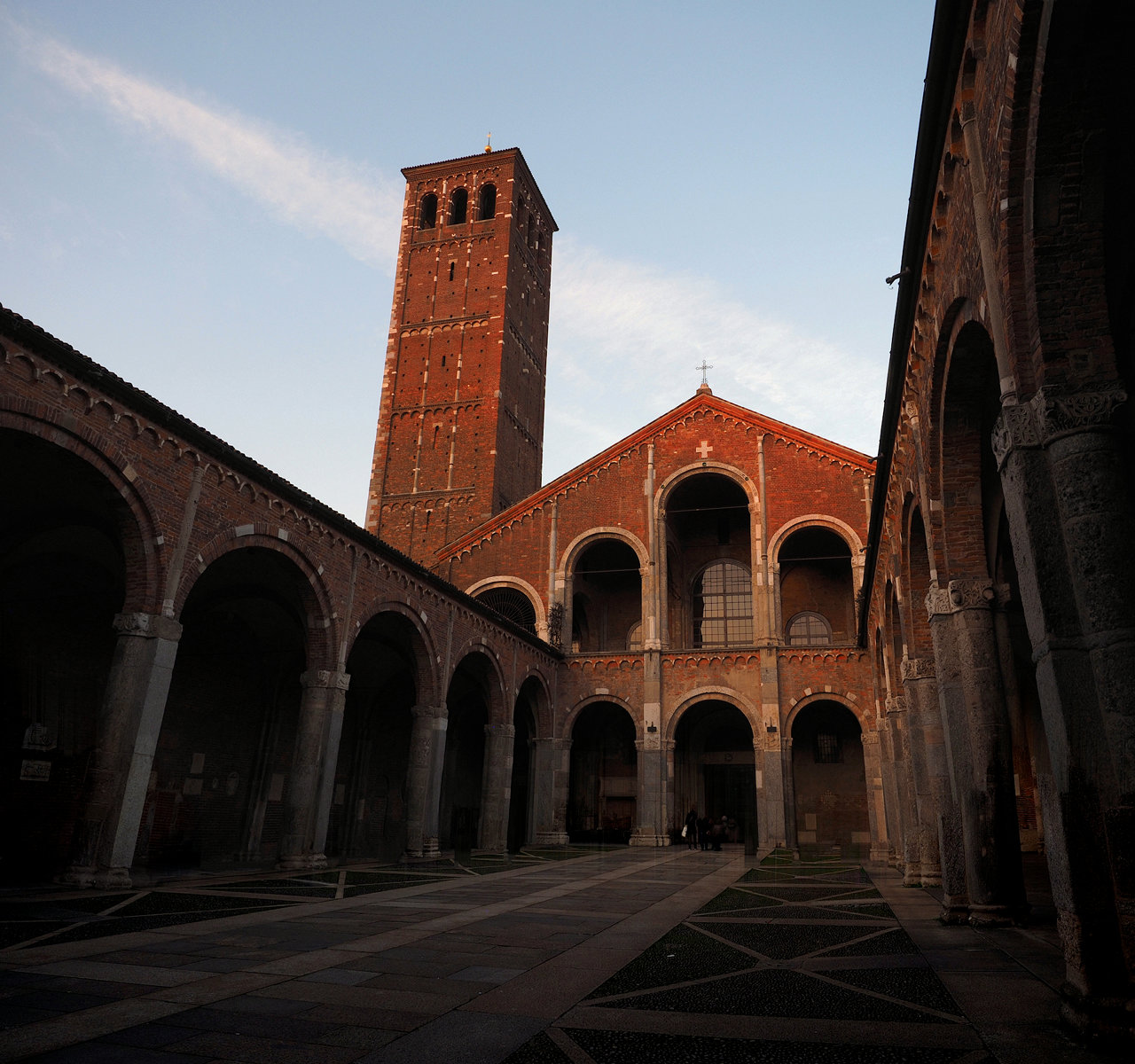 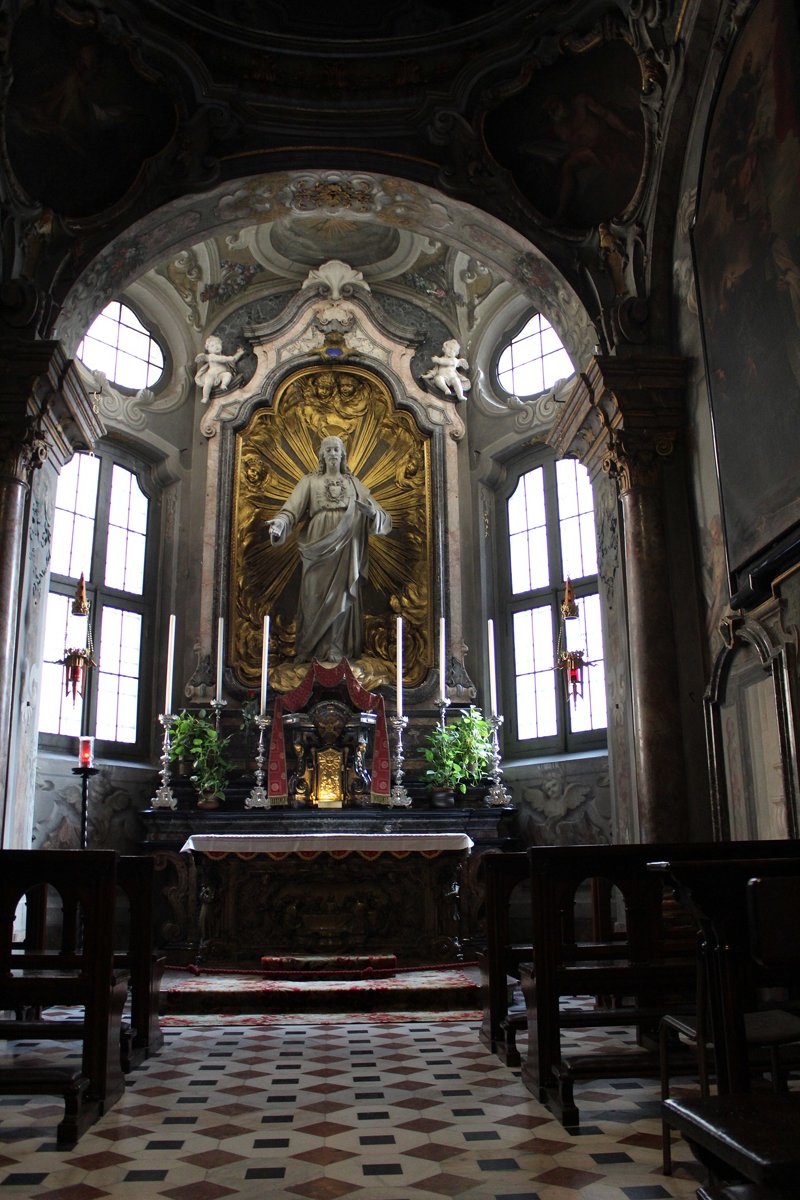 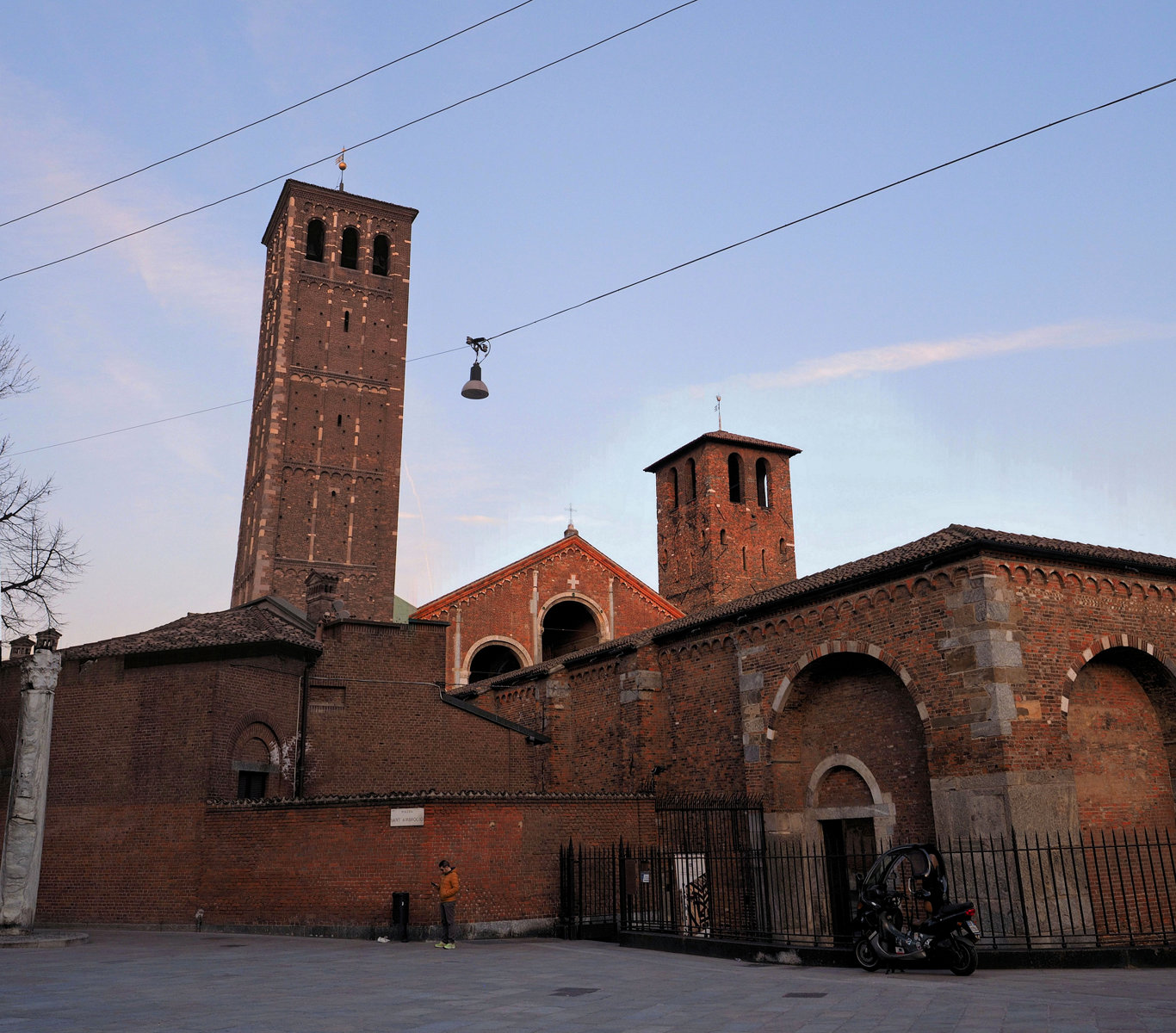 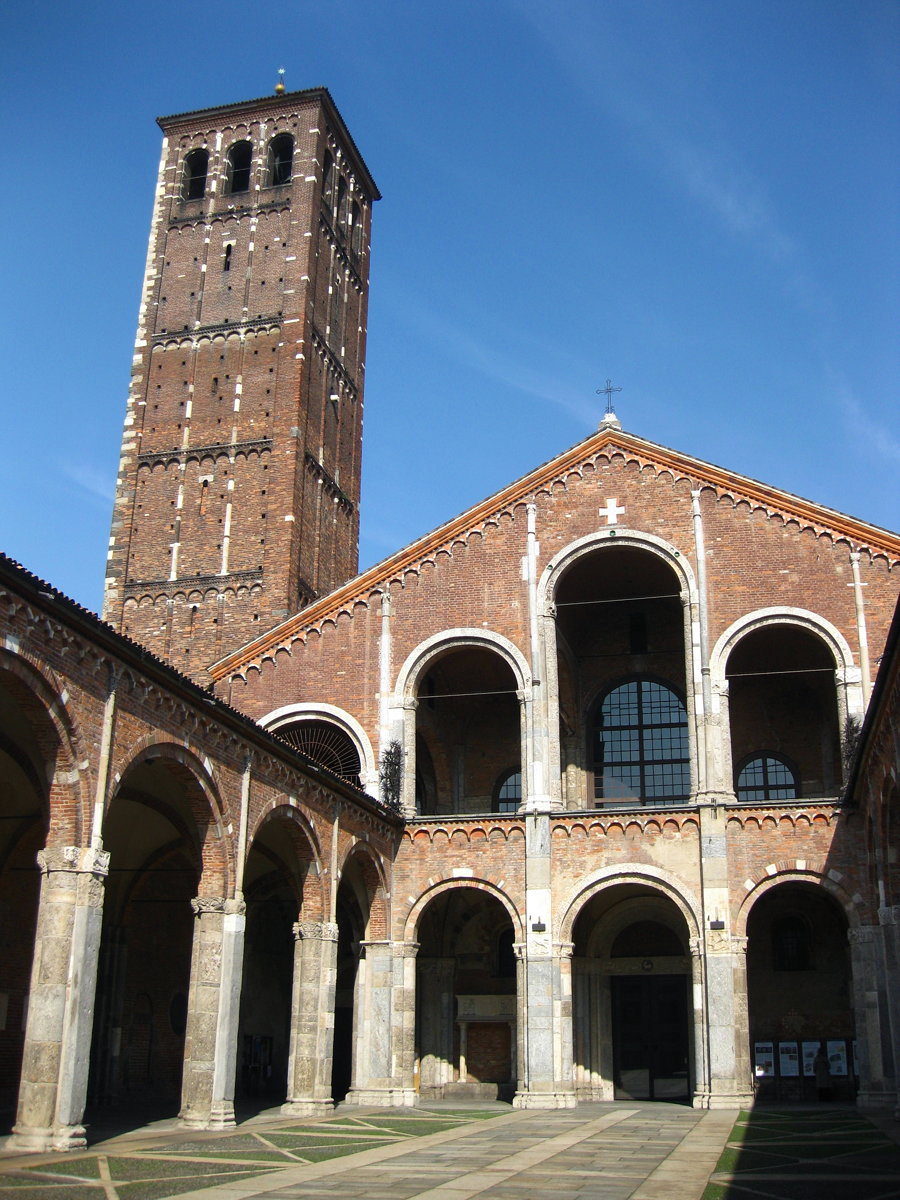 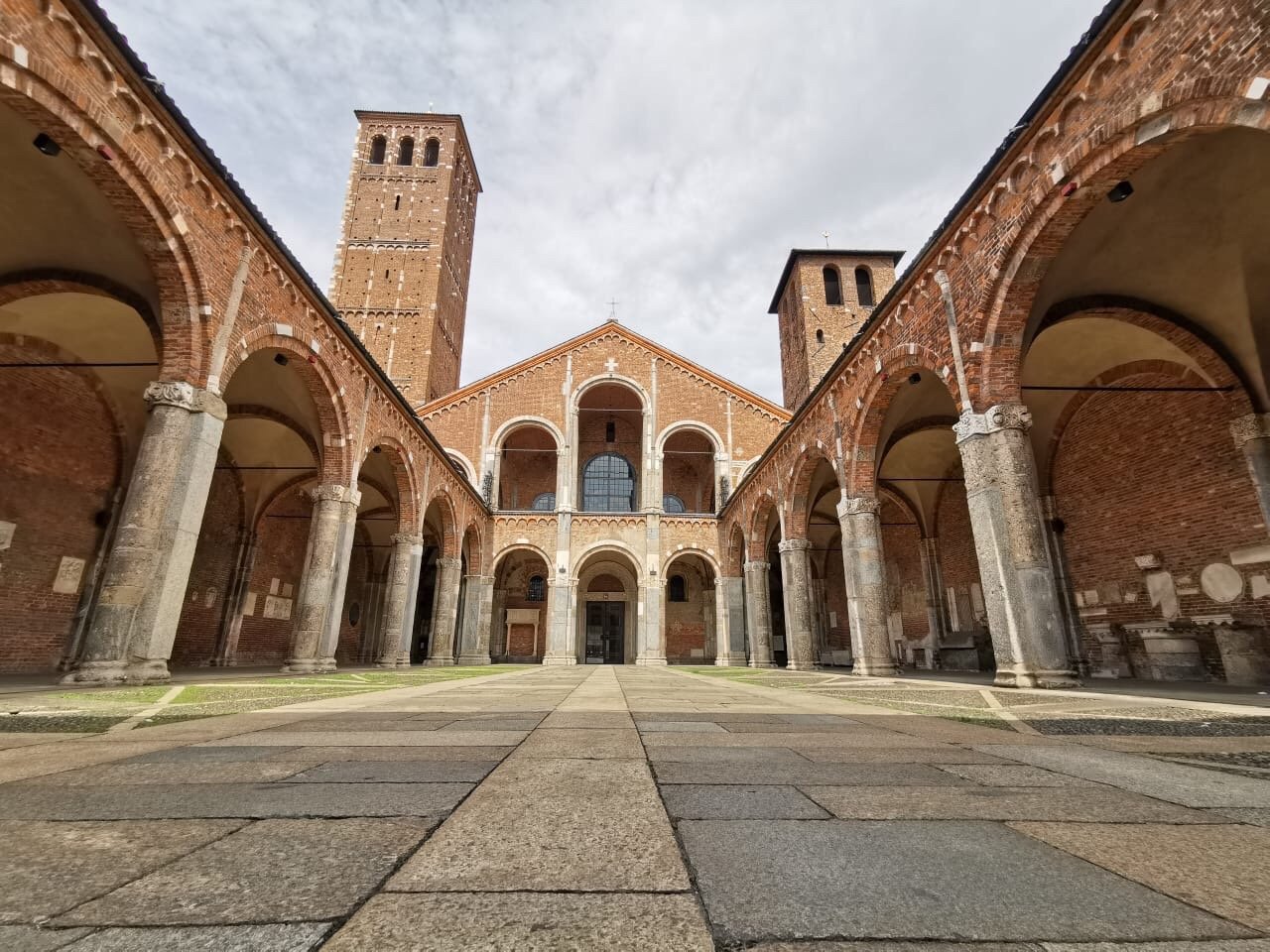 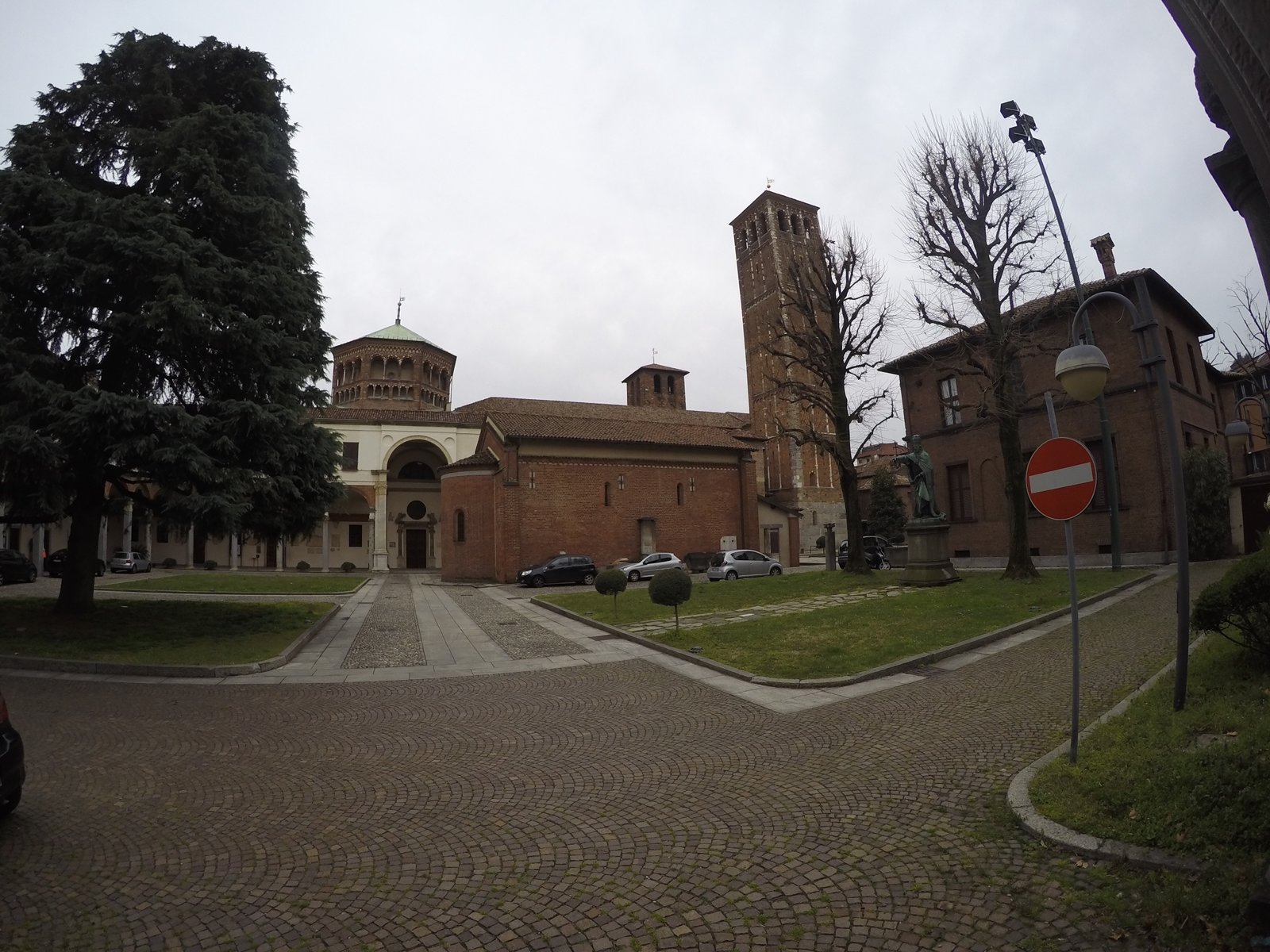 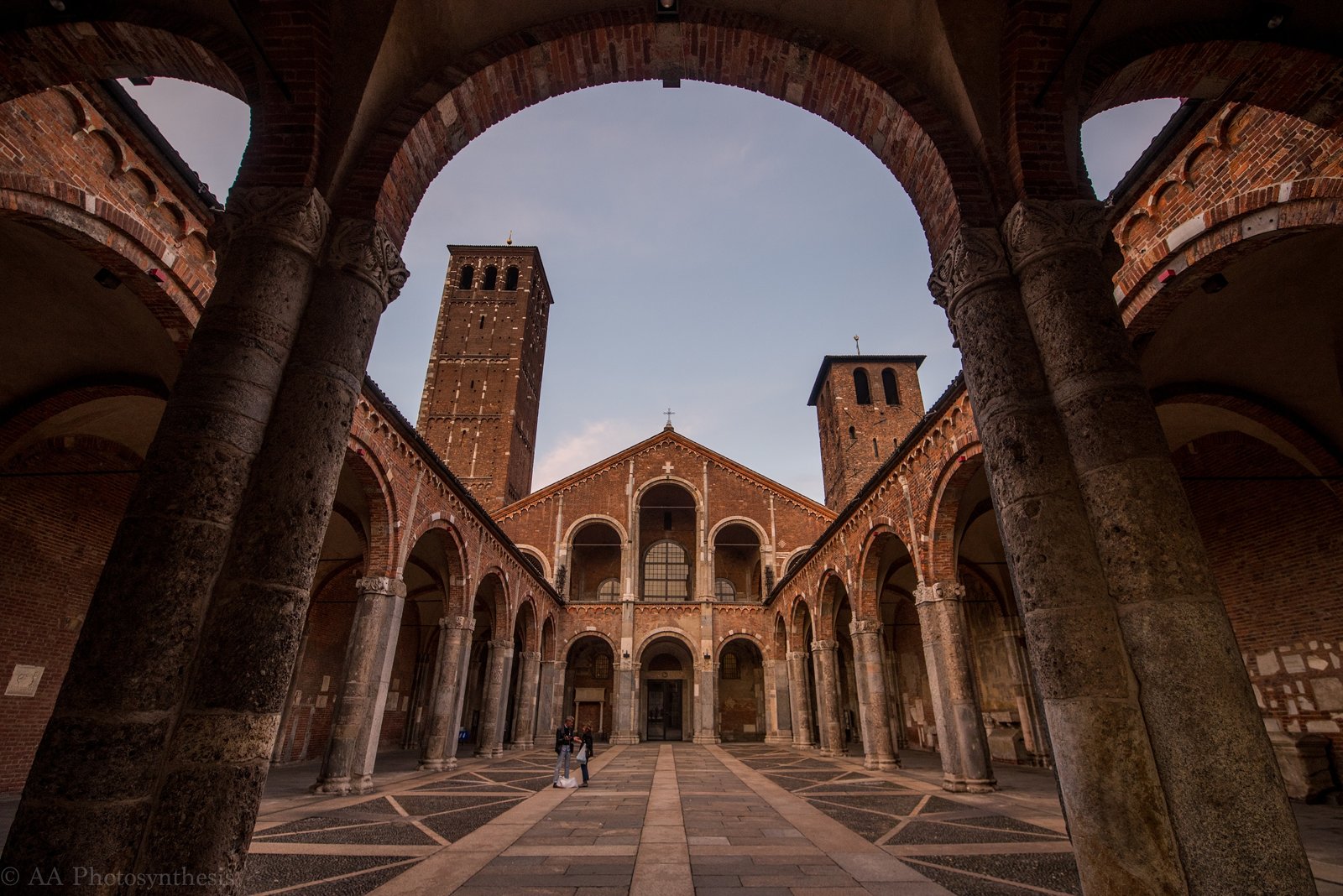 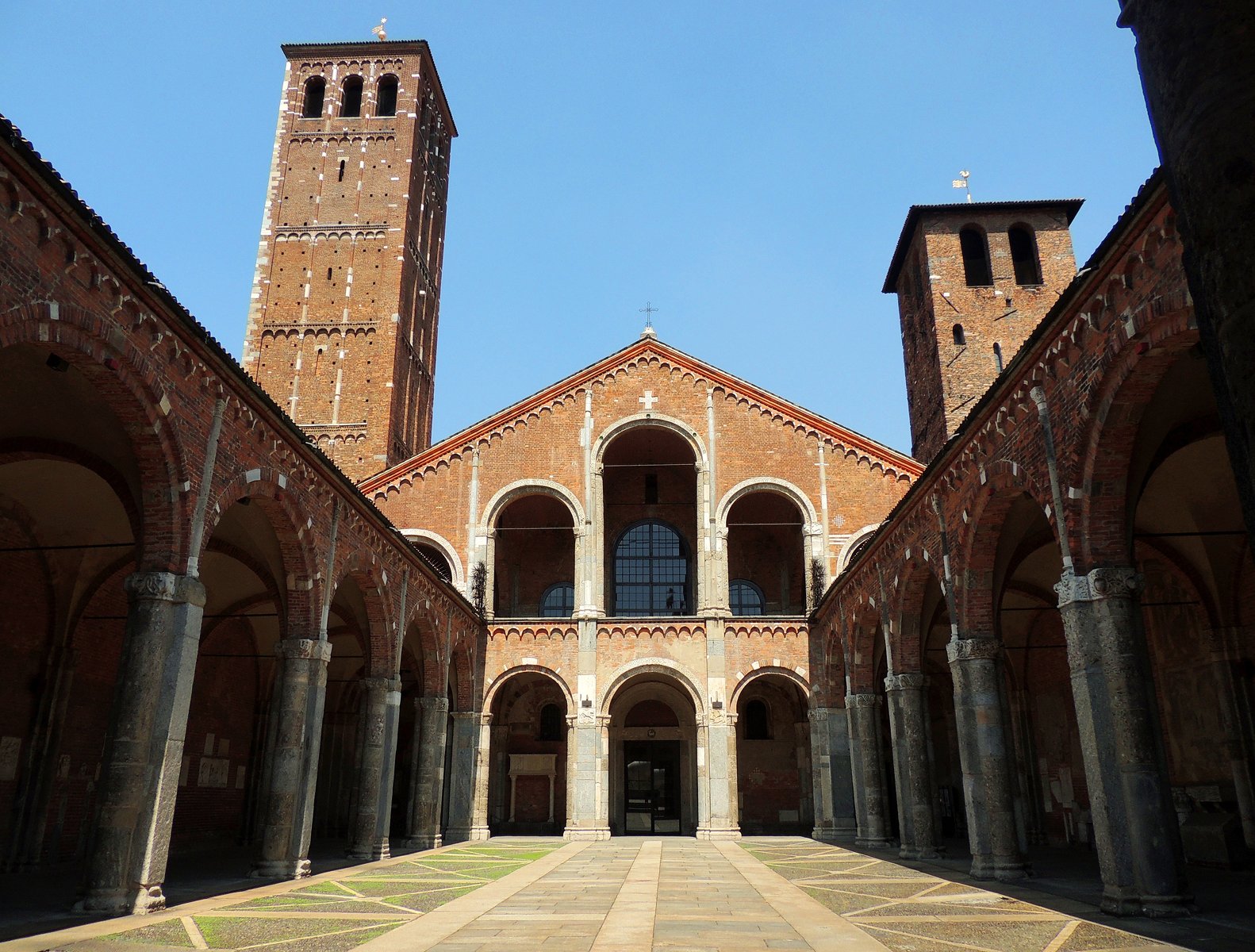 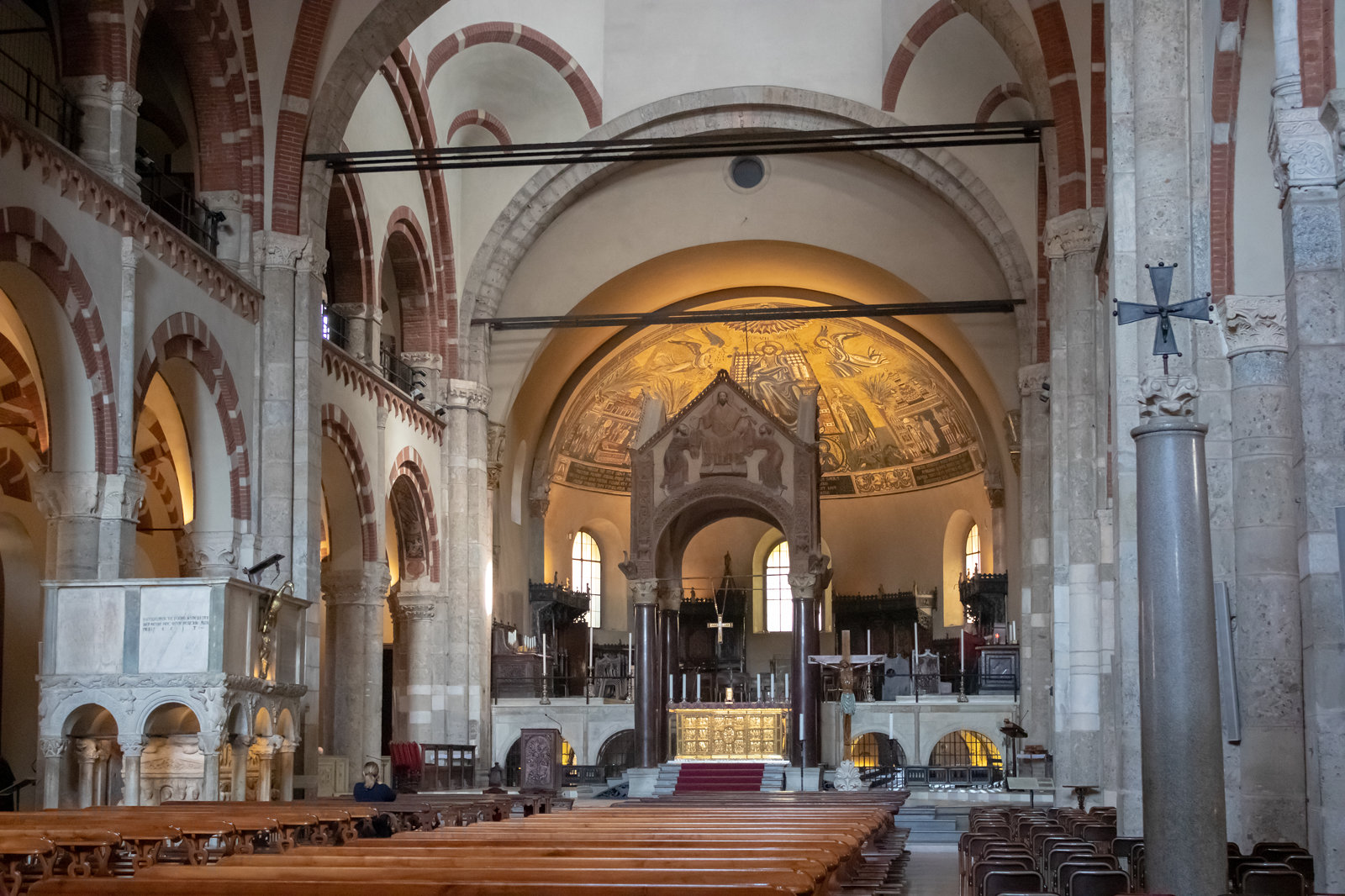 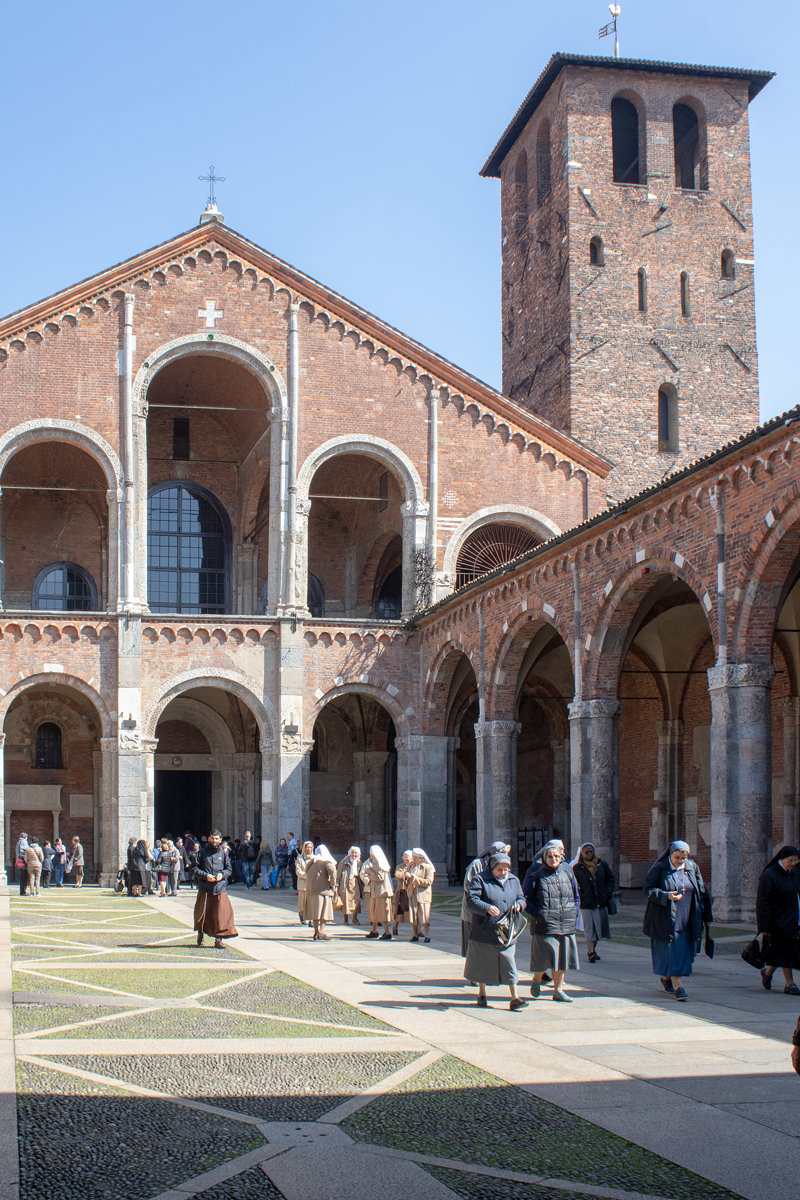