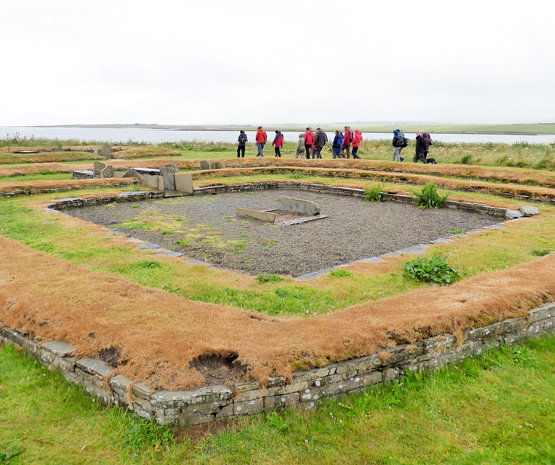 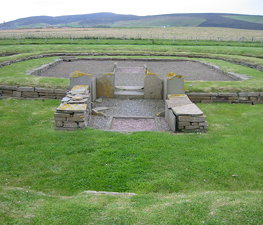 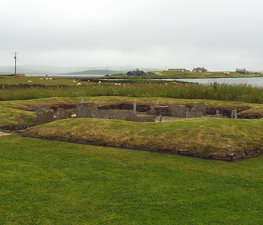 The Neolithic Barnhouse Settlement is sited by the shore of Loch of Harray, Orkney Mainland, Scotland, not far from the Standing Stones of Stenness. It was discovered in 1984. The base courses of at least 15 houses have been found. These houses have similarities to the better-known settlement at Skara Brae in that they have central hearths, beds built against the walls and stone dressers, but differ in that the houses seem to have been free-standing. Pottery of the grooved ware type was found, as at the Stones of Stenness and Skara Brae. Flint and stone tools were found, as well as a piece of pitchstone thought to have come from the Isle of Arran.

The largest building had a room about 7 m (23 ft) square with walls 3 m (10 ft) thick and an entrance facing towards the north west so that the midsummer sunset shines along the passageway, with similarities to some chambered cairns.

This site is accessible to the public via a footpath from the Standing Stones of Stenness.

Tips & Hints
Arrange By:
Popular first New first
There are no tips nor hints for Barnhouse Settlement yet. Maybe be you will be the first one to post useful information for fellow travellers? :)
3.1/10
11 people have been here
I've been here
Add to wishlist 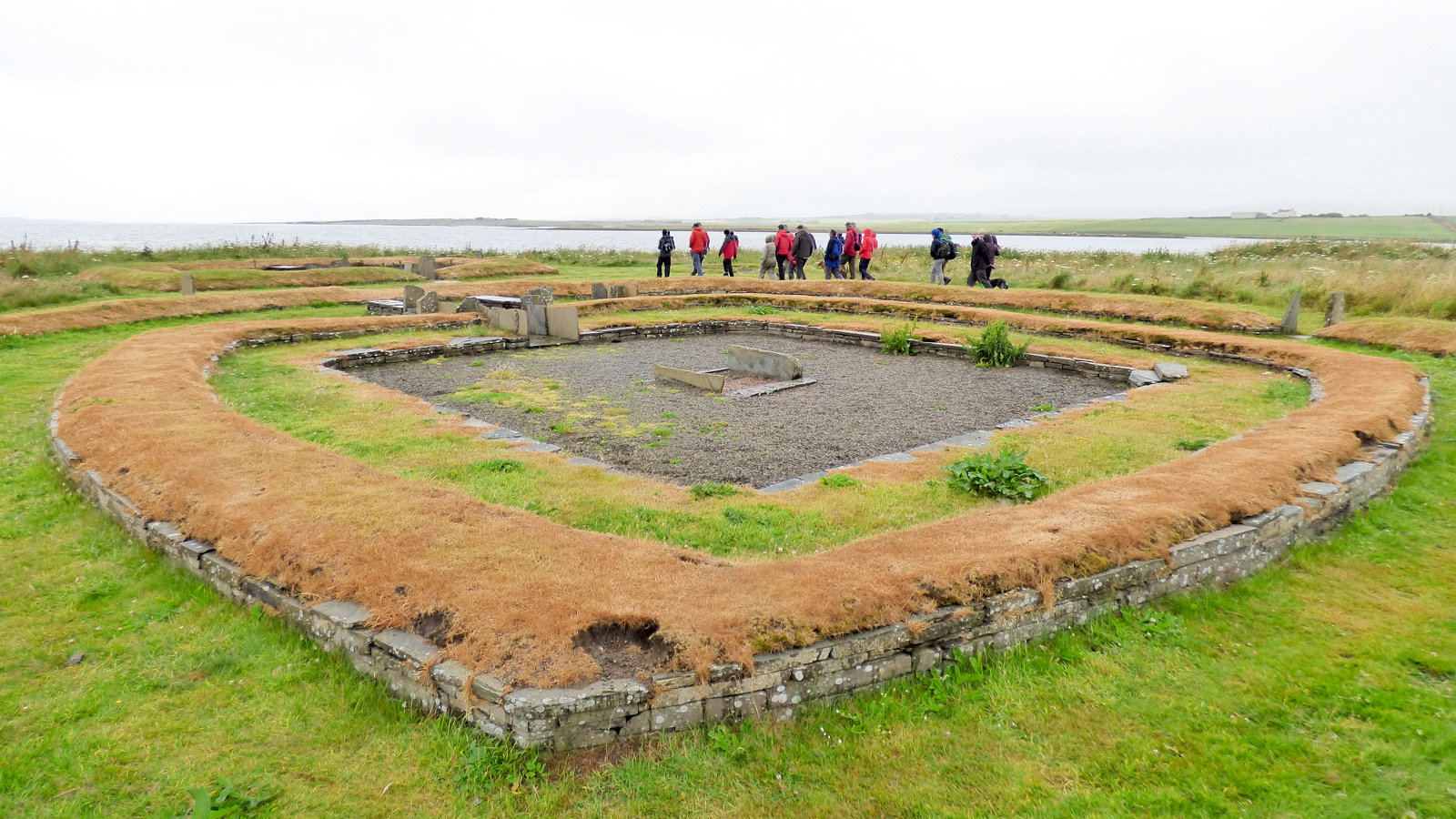 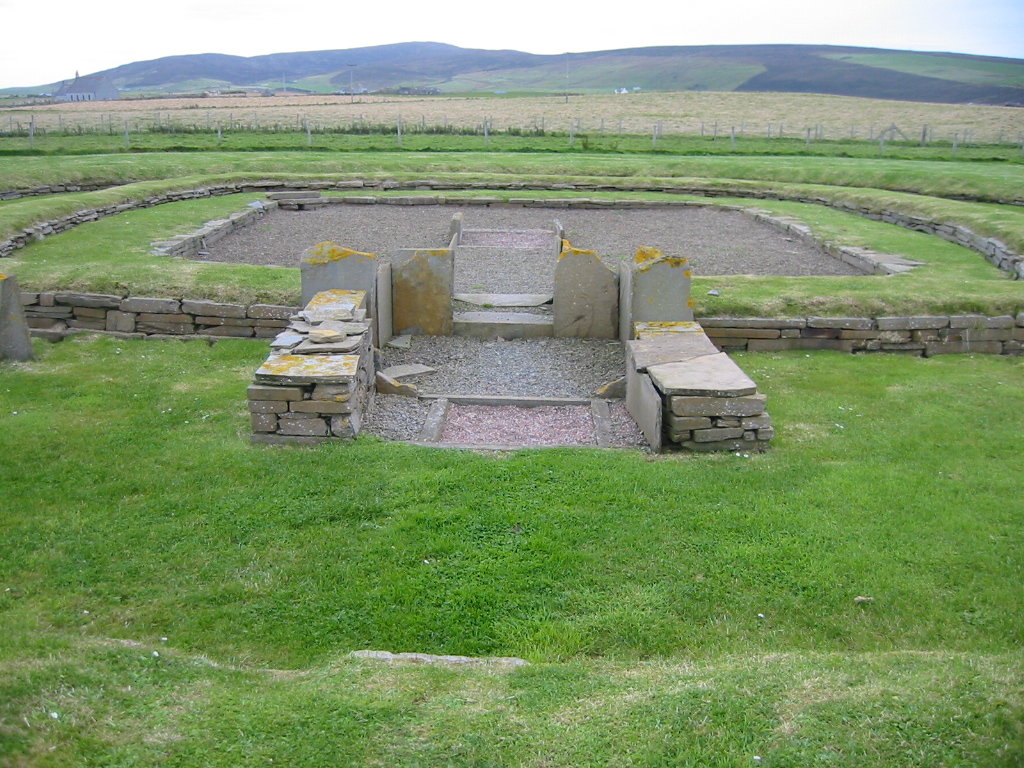 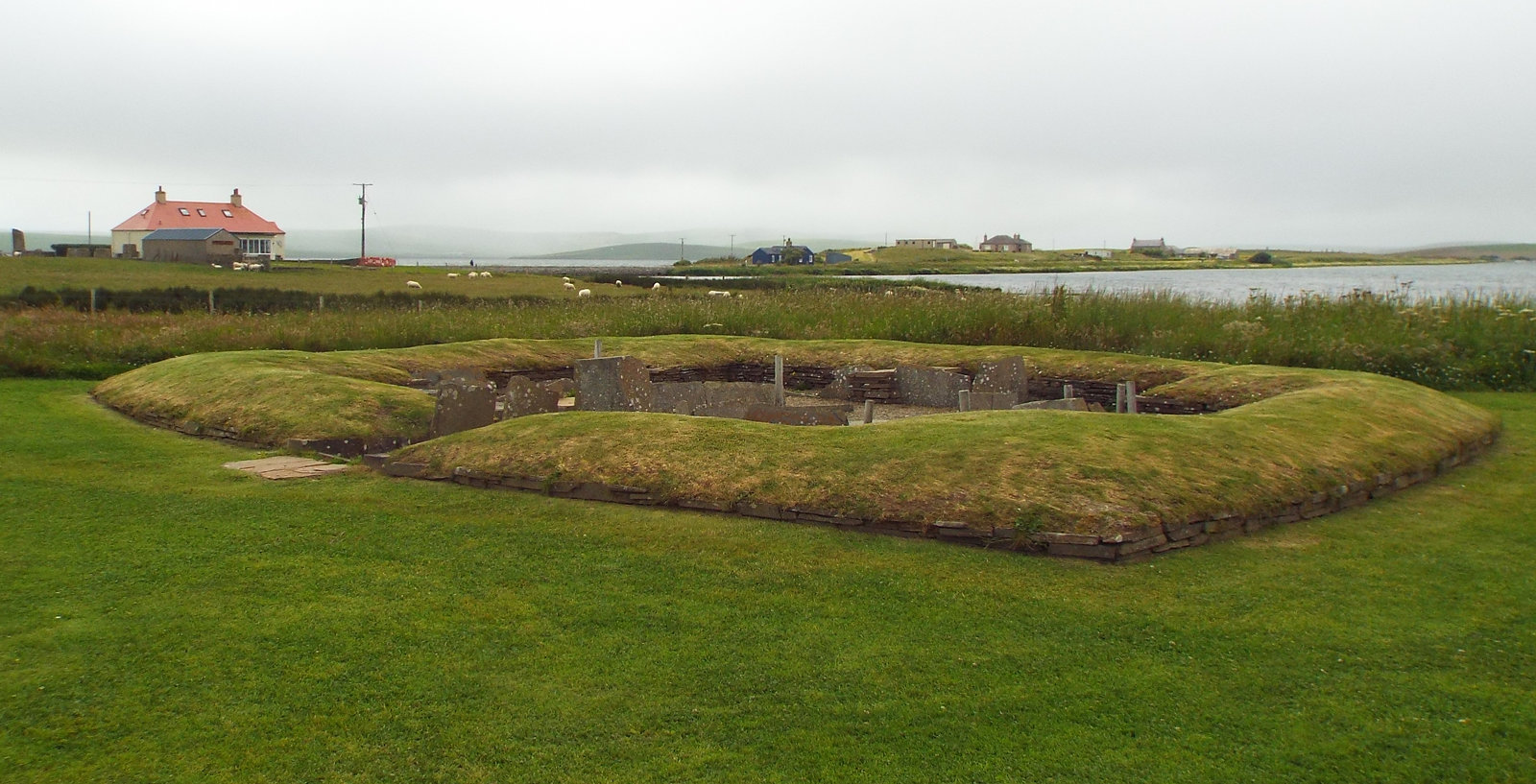 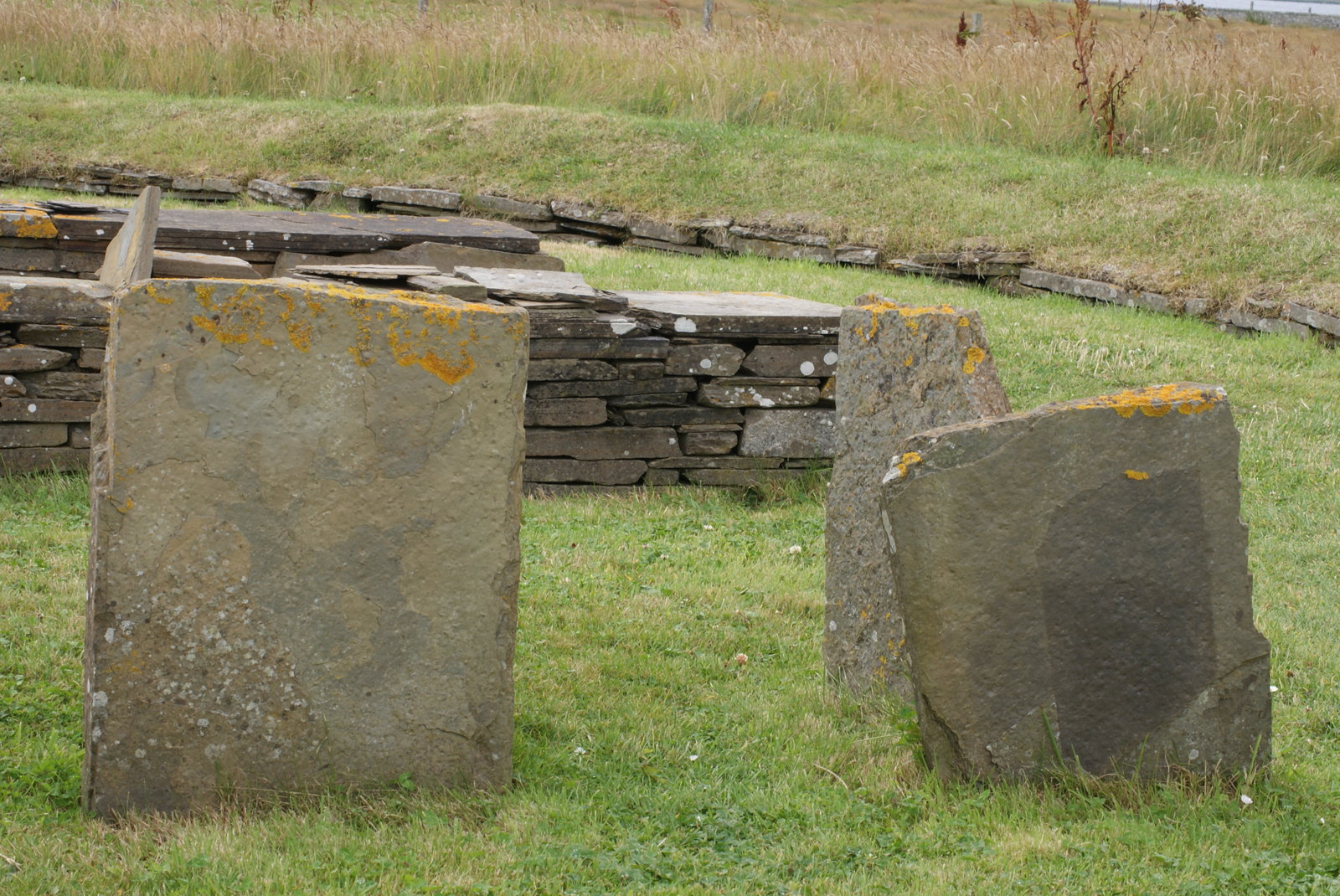