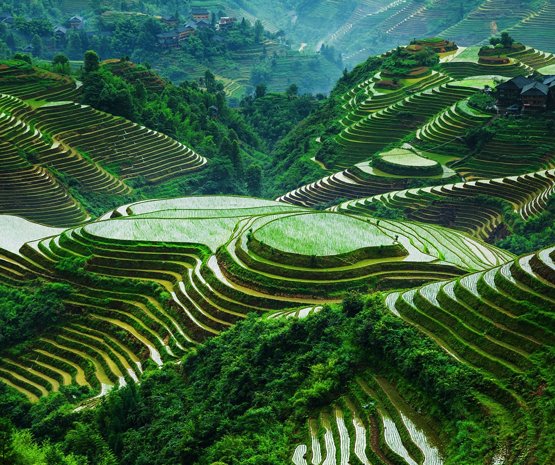 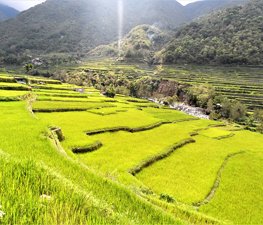 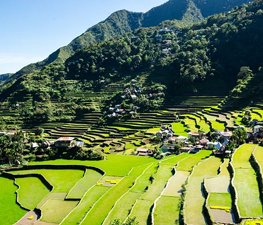 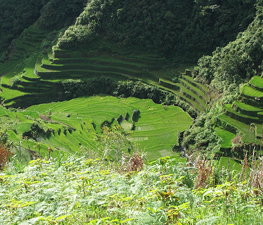 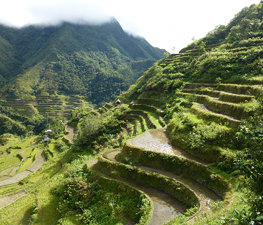 The Banaue Rice Terraces are 2000-year old terraces that were carved into the mountains of Ifugao in the Philippines by ancestors of the indigenous people. The Rice Terraces are commonly referred to by Filipinos as the "Eighth Wonder of the World". It is commonly thought that the terraces were built with minimal equipment, largely by hand. The terraces are located approximately 1500 meters (5000 ft) above sea level and cover 10,360 square kilometers (about 4000 square miles) of mountainside. They are fed by an ancient irrigation system from the rainforests above the terraces. It is said that if the steps are put end to end it would encircle half the globe.

The Banaue terraces are part of the Rice Terraces of the Philippine Cordilleras, ancient sprawling man-made structures from 2,000 to 6,000 years old. They are found in the provinces of Kalinga, Apayao, Benguet, Mountain Province and Ifugao, and are a UNESCO World Heritage Site.

Locals to this day still plant rice and vegetables on the terraces, although more and more younger Ifugaos do not find farming appealing, often opting for the more lucrative hospitality industry generated by the Rice Terraces[]. The result is the gradual erosion of the characteristic "steps", which need constant reconstruction and care. In 2010 a further problem was drought, with the terraces drying up completely in March of that year.

The Banaue Rice Terraces do not have recorded data on how it was conceived in history and that historical account of China before the Shang Dynasty is disputable however historical studies and evidence have linked the terraces to the Miao tribe that thrived in China. Emperor Yu the great launched a siege to eliminate the Miao tribe who rebelled against him from 2205 to 2106 BC. The survivors of the Miao tribe fled to the south where some of them crossed the South China Sea. A few of these survivors reached the Cordilleras. The Miao tribe who were one of the official group minorities recognized in mainland China, they lived in cold wet mountain regions which made the Cordillera Mountains an easy transition from what they were used to in the mountainous southwestern region of China. Chinese features are also clearly seen in the natives of Northern Luzon. Similarly, the rituals and traditions of the Igorots and Ifugaos also show a significant resemblance to Miao culture. []

The Miao are also known for cultivating terraced paddy fields and this innovation was brought to the Cordilleras, along with the influence of Tang Dynasty trading were also adapted, carabaos, fruits such as mandarin oranges, vegetables, utensils, pottery and handicraft. The Banaue Rice Terraces became prevalent with the Miao interaction with ethnic cultures of the Cordilleras before the advent and arrival of the Spanish Inquisition. This acculturation of the two cultures took on a new identity in a different environment which links us to the first records in history of the terraces.[]

The terraces are vastly found in the province of Ifugao and the Ifugao people have been its caretakers. Ifugao culture revolves around rice and the culture displays an elaborate array of rice culture feasts linked with agricultural rites from rice cultivation to rice consumption. Harvest season generally calls for thanksgiving feasts while the concluding harvest rites tungo or tungul (the day of rest) entail a strict taboo of any agricultural work. Partaking of the bayah (rice beer), rice cakes, and betel nut constitutes an indelible practice during the festivities and ritual activities. which depicts the Banaue Rice Terraces and Ifugao culture]] Ifugao village.]]

The Ifugao people practice traditional farming spending most of their labor at their terraces and forest lands while occasionally tending to root crop cultivation. The Ifugaos have also been known to culture edible shells, fruit trees, and other vegetables which has been exhibited among Ifugaos for generations. The building of the rice terraces, work of blanketing walls with stones and earth which is designed to draw water from a main irrigation canal above the terrace clusters. Indigenous rice terracing technologies have been identified with the Ifugao’s rice terraces such as their knowledge of water irrigation, stonework, earthwork and terrace maintenance. As their source of life and art, the rice terraces have sustained and shaped the lives of the community members. Ifugao previously belong to the Mountain Province as a municipality but on June 18, 1966 in effect of Republic Act No. 4695, Ifugao became an independent province.

In March 2009 the Ifugao rice terraces was declared as free from Genetically Modified Organism (GMO). An event was organized in Dianara Viewpoint for this announcement where it was graced by Gov. Teodoro Baguilat, Mayor Lino Madchiw, Greenpeace campaigner for Southeast Asia, Daniel Ocampo and Cathy Untalan who was executive director of the Miss Earth Foundation. Before the announcement ceremonies, 3 Mumbakis performed an Alim, a tribal ritual to ask for blessings where an animal is offered to the gods.

Another thriving economy in the Banaue Rice Terraces is tourism. The Tourism industry has developed a number of activities for visitors which may include the traditional sight seeing of the terraces and visits to the tribes at the foot of the terraces. A Mumbaki (traditional Ifugao witch doctor) is also recommended to visitors, these doctors can perform spiritual healing rituals.[] Domestic tourism however has gone down over the past few years. A contributing factor to this is the treatment of Domestic tourists by the local guides in the area where it has been reported that on a few occasions the guides drop you the instant a foreign visitor comes along.[] The Batad Environmental Tour Guides Association (BETGA) in association with the Batad Baranguay authorities are currently laying a concrete track down from the Batad Saddle to the village proper.

The Banaue Rice Terraces of the Philippine Cordilleras was been named as a world heritage site by the UNESCO World Heritage Centre in 1995. It has passed by UNESCO’s standards due to the blending of the physical, socio-cultural, economic, religious, and political environment as a living cultural landscape. It has passed UNESCO's 3 criteria:

The Banaue Rice Terraces have also been in-scripted to the List of World Heritage in Danger on 2001 as the dangers of deforestation and climate change threatens to destroy the terraces. Another contributing factor is globalization where the younger generations of the Ifugaos have recently had the opportunity to gain access to media and education, most of the younger Ifugaos have opted to come to the capital for work instead of the traditional farming tradition.

Aside from the terraces, the UNESCO World Heritage List has proclaimed the Ifugao epic Hudhud as among the one of the world’s intangible heritages in 2001. The Hudhud consists of narrative chants performed mainly by elder Ifugao women usually during the rice sowing season, at harvest time and at funeral wakes and rituals.

Other notable rice terraces in Ifugao

Me-ann Alivio-Planas
Proud to be pinoy! everything is nice here except for the 8hrs drive one-way from manila proper to this part but its worth it ;)

Byron Lozano
This Amazing Man-made wonder will leave you "breathless" A must see place if you are visiting the Philippines!

Jack K.
Necessity is the mother of all invention, and so the rice terraces were made. A beautiful view. Enjoy the combo of human intelligence and nature

Ruth Selgas
The picture doesn't really give justice when you'll be able to see it for yourself. It is worth a 6-7 hours ride from Manila, Trust me. ????

Gio Centeno
To get the most magnificent view of the rice terraces, you should hike on the terraces themselves.
Load more comments
foursquare.com
8.5/10
1,676 people have been here
I've been here
Add to wishlist

The Rice Terraces of the Philippine Cordilleras (Filipino: Mga

Our Lady of Atonement Cathedral, better known as Baguio Cathedral, is

Dingras Church is a Roman Catholic church located in the municipality

Add to wishlist
I've been here
Visited
Malacañang of the North 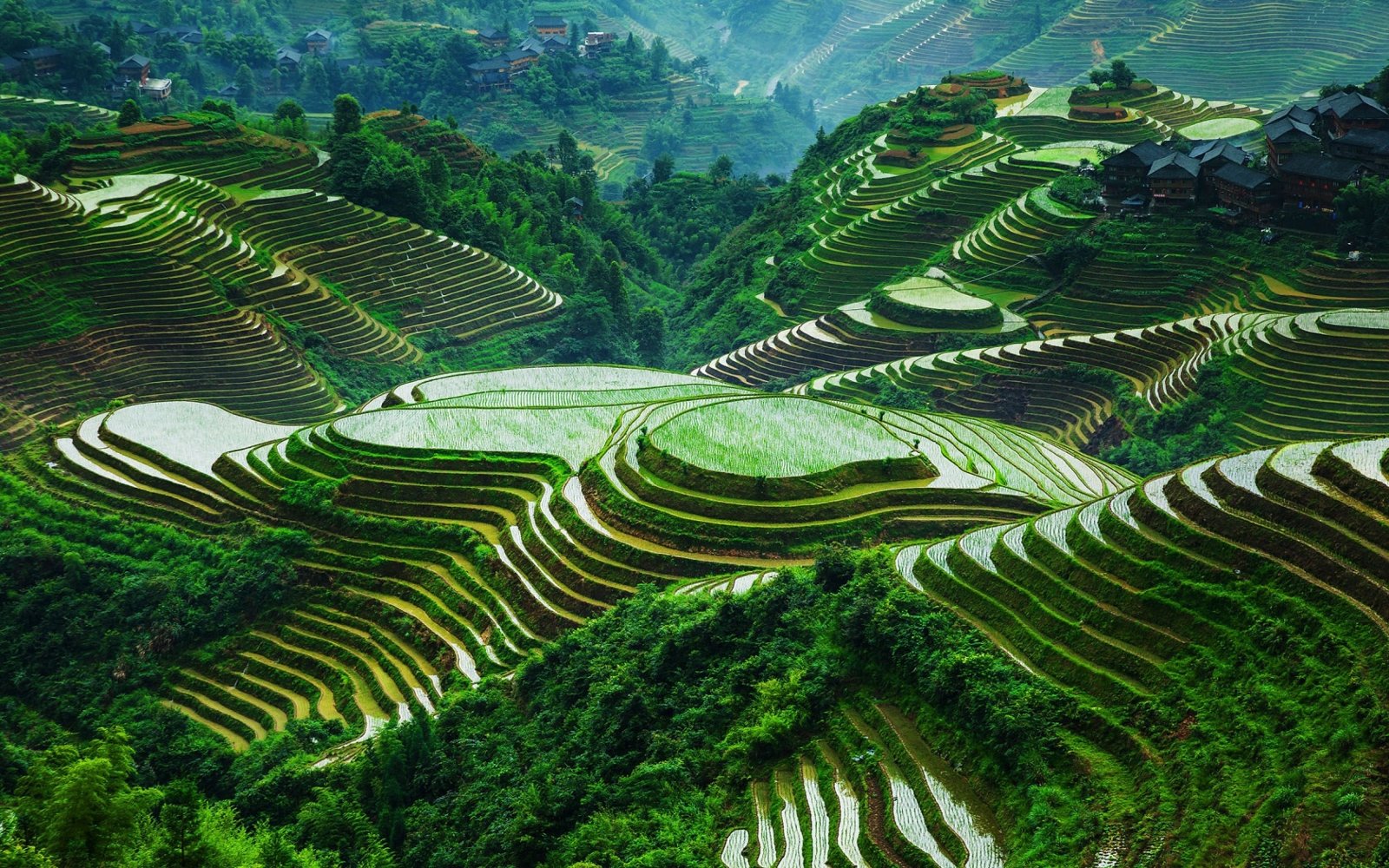 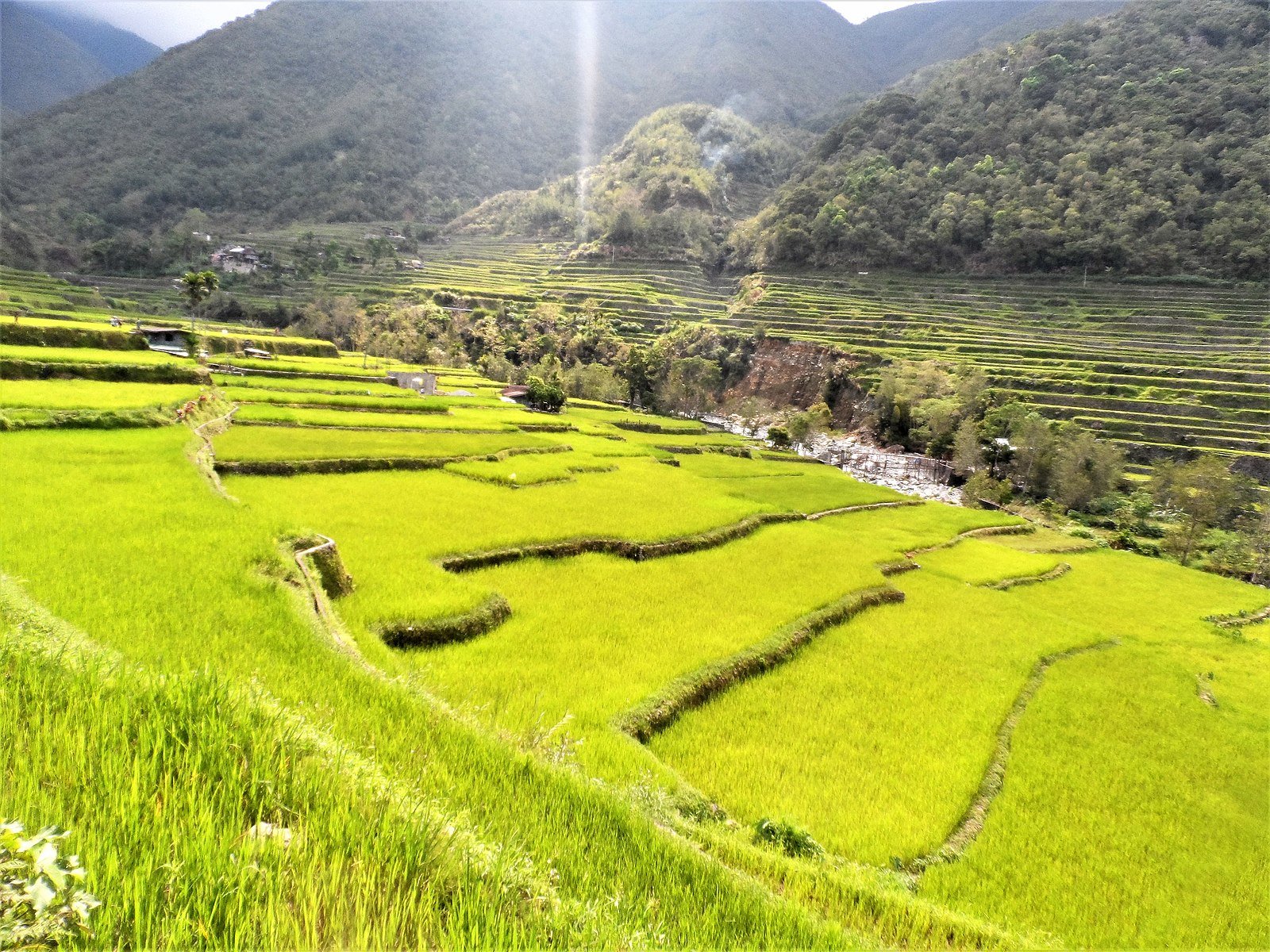 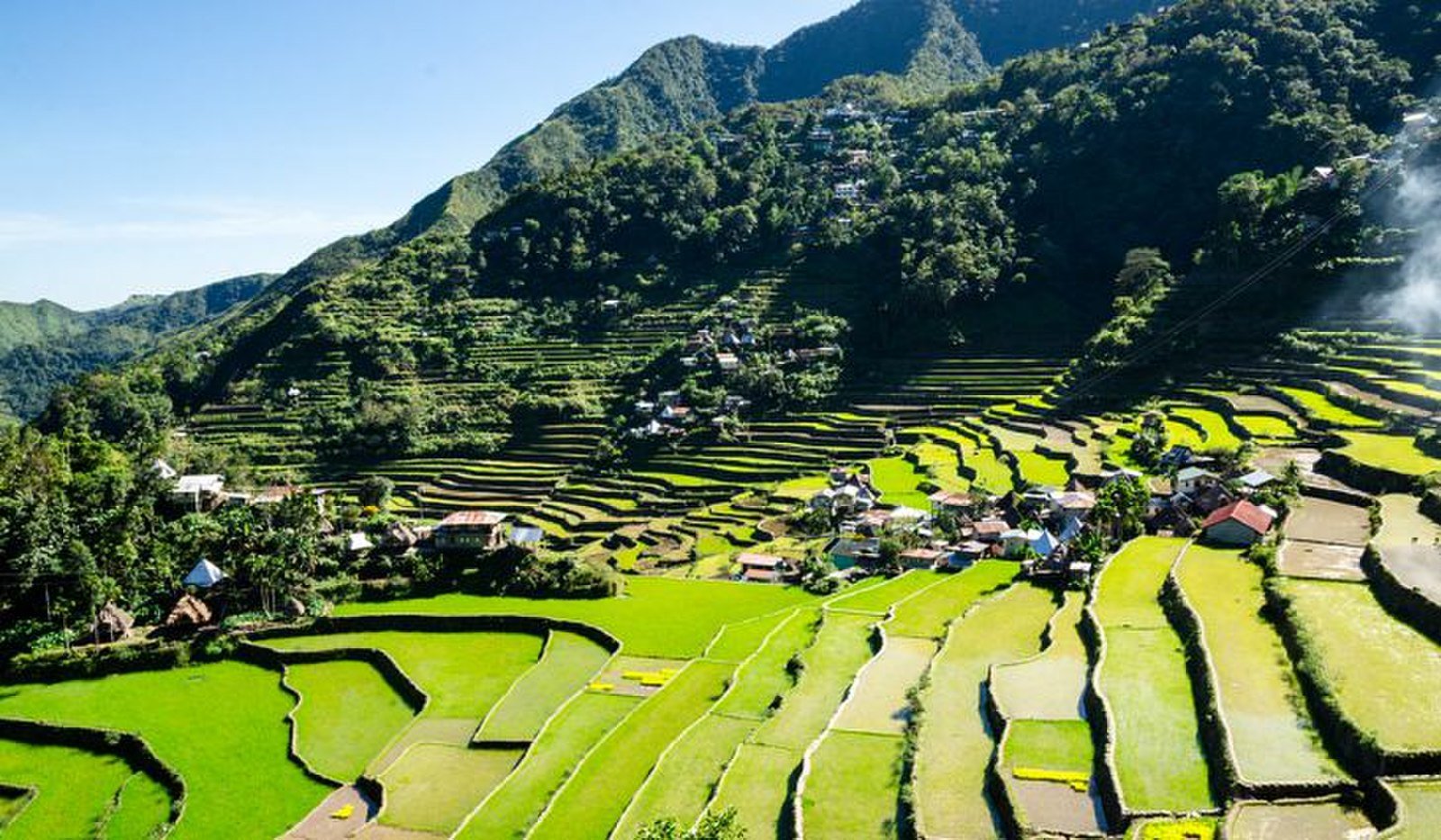 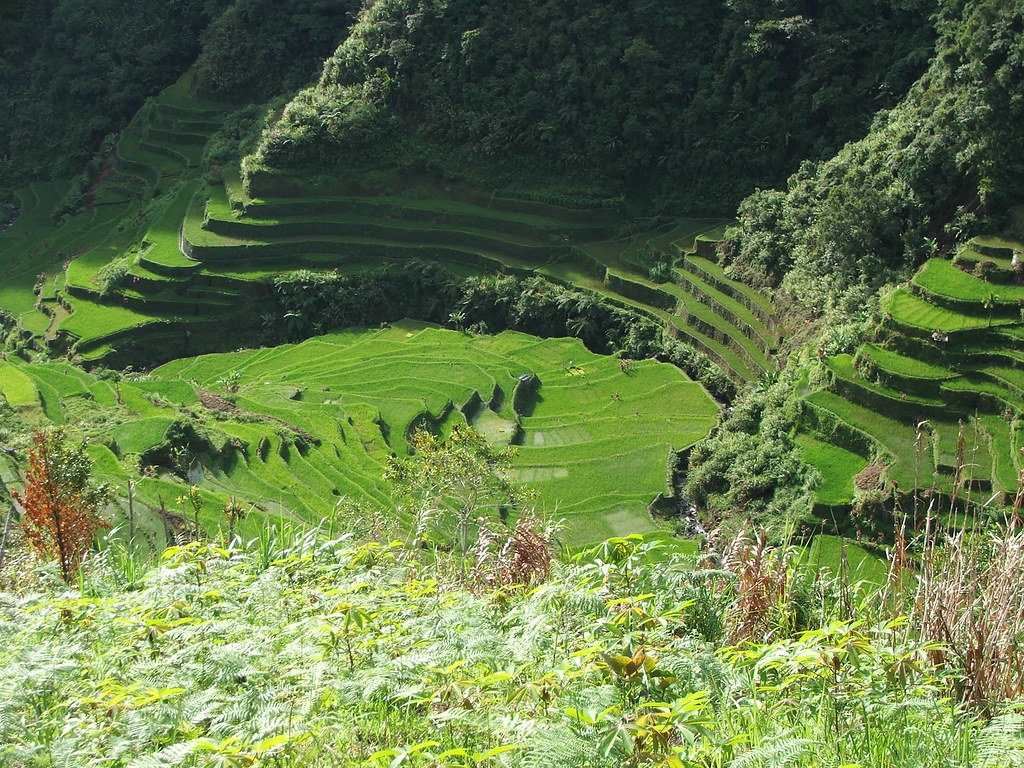 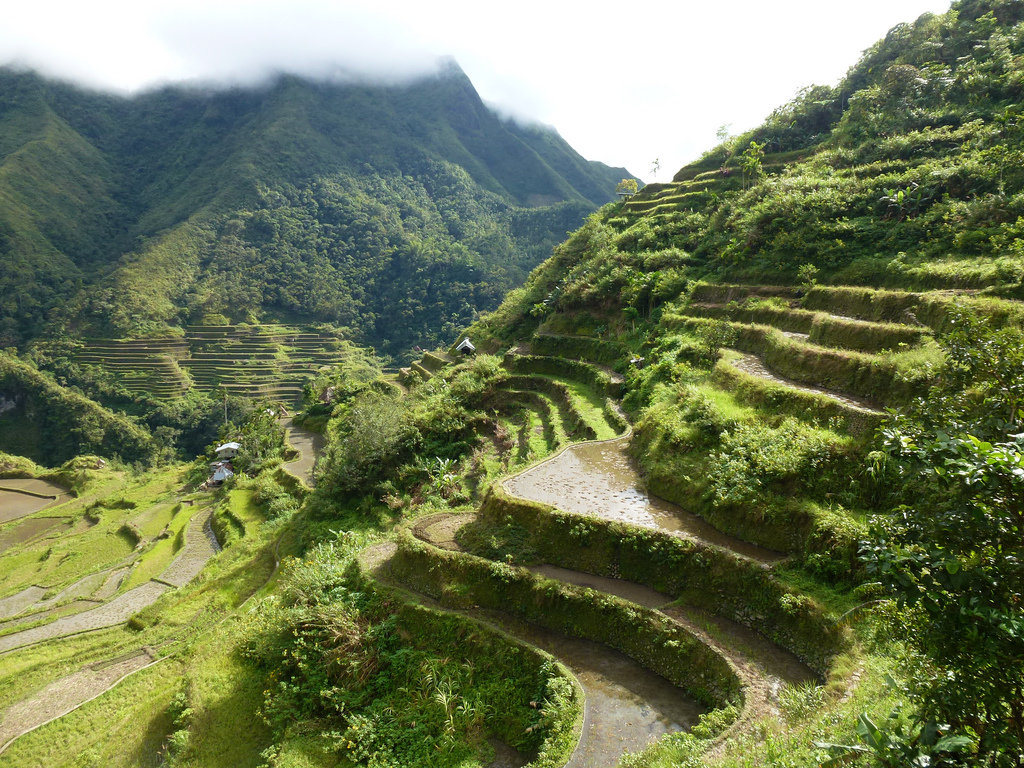 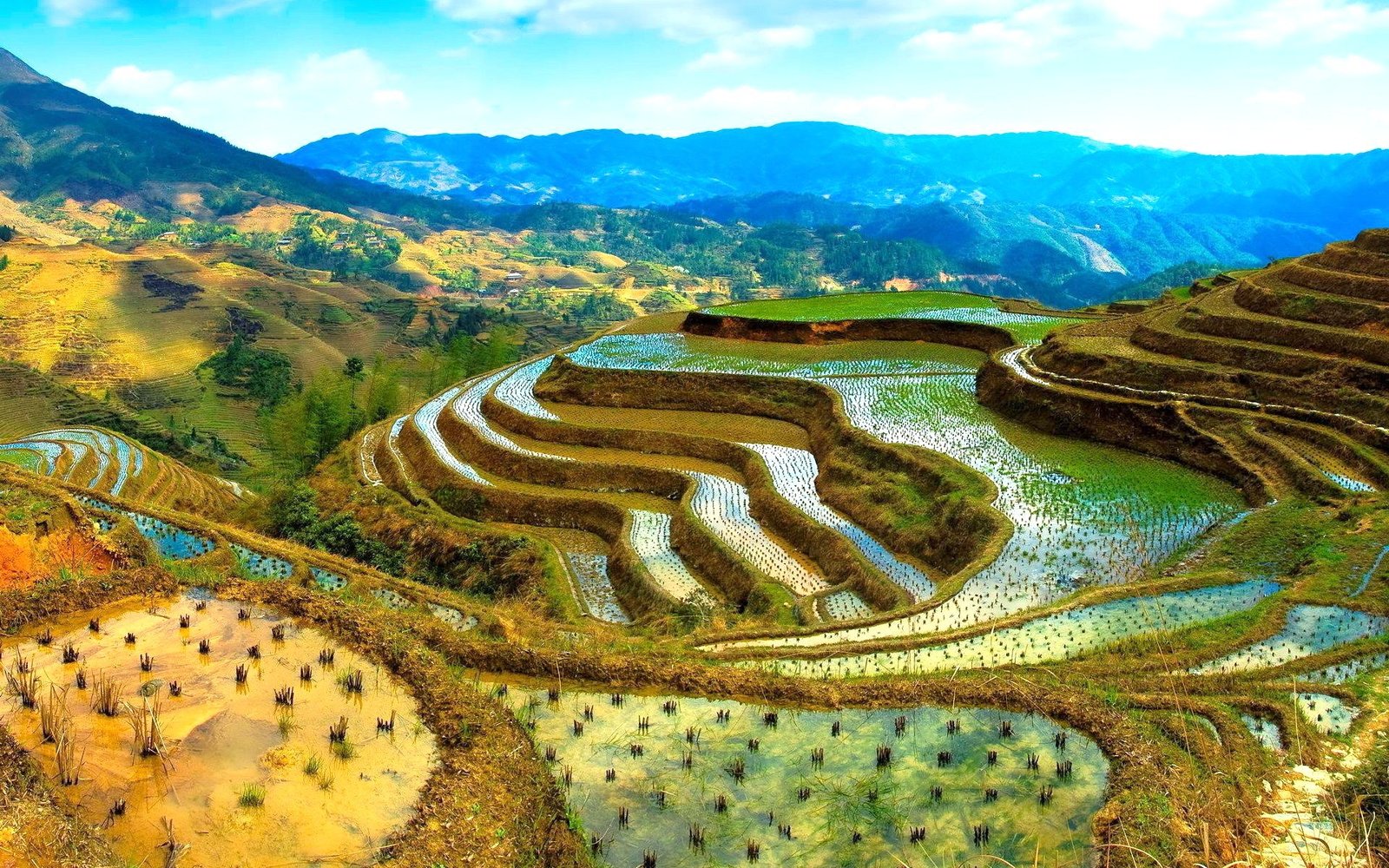 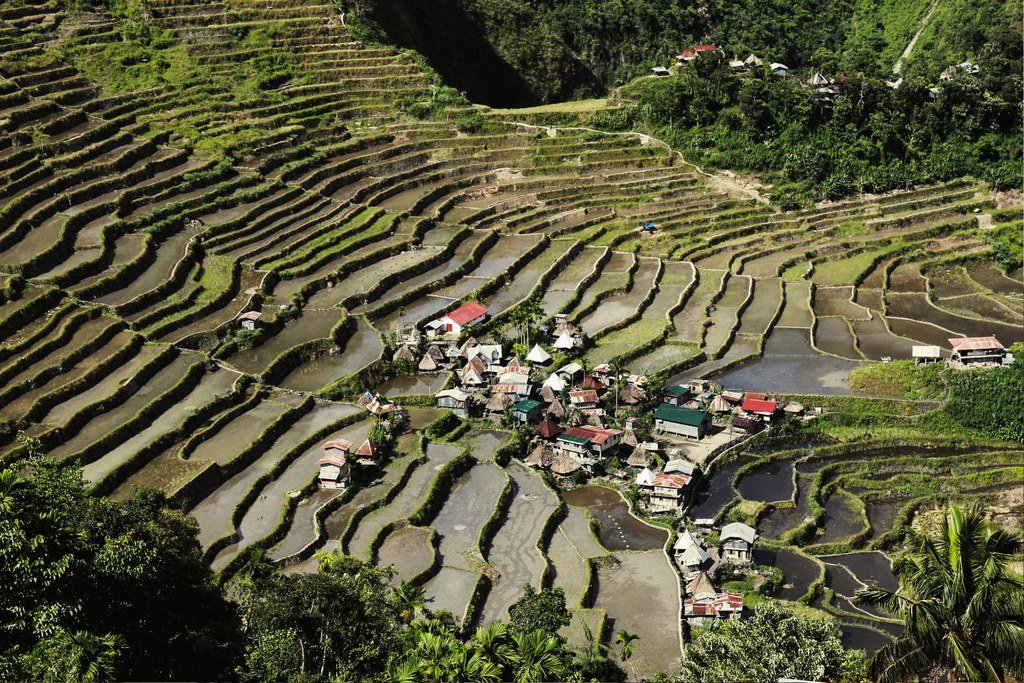 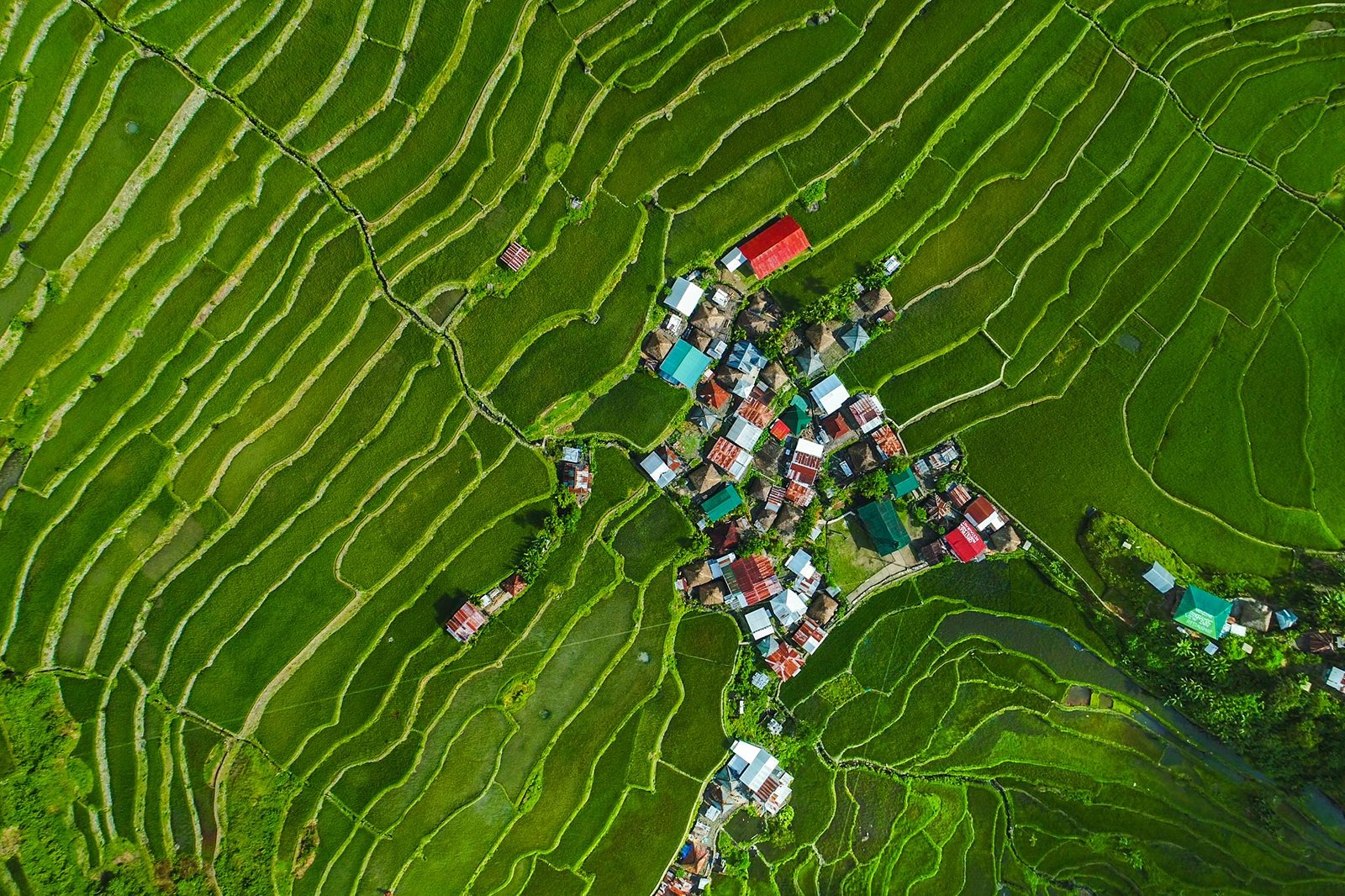 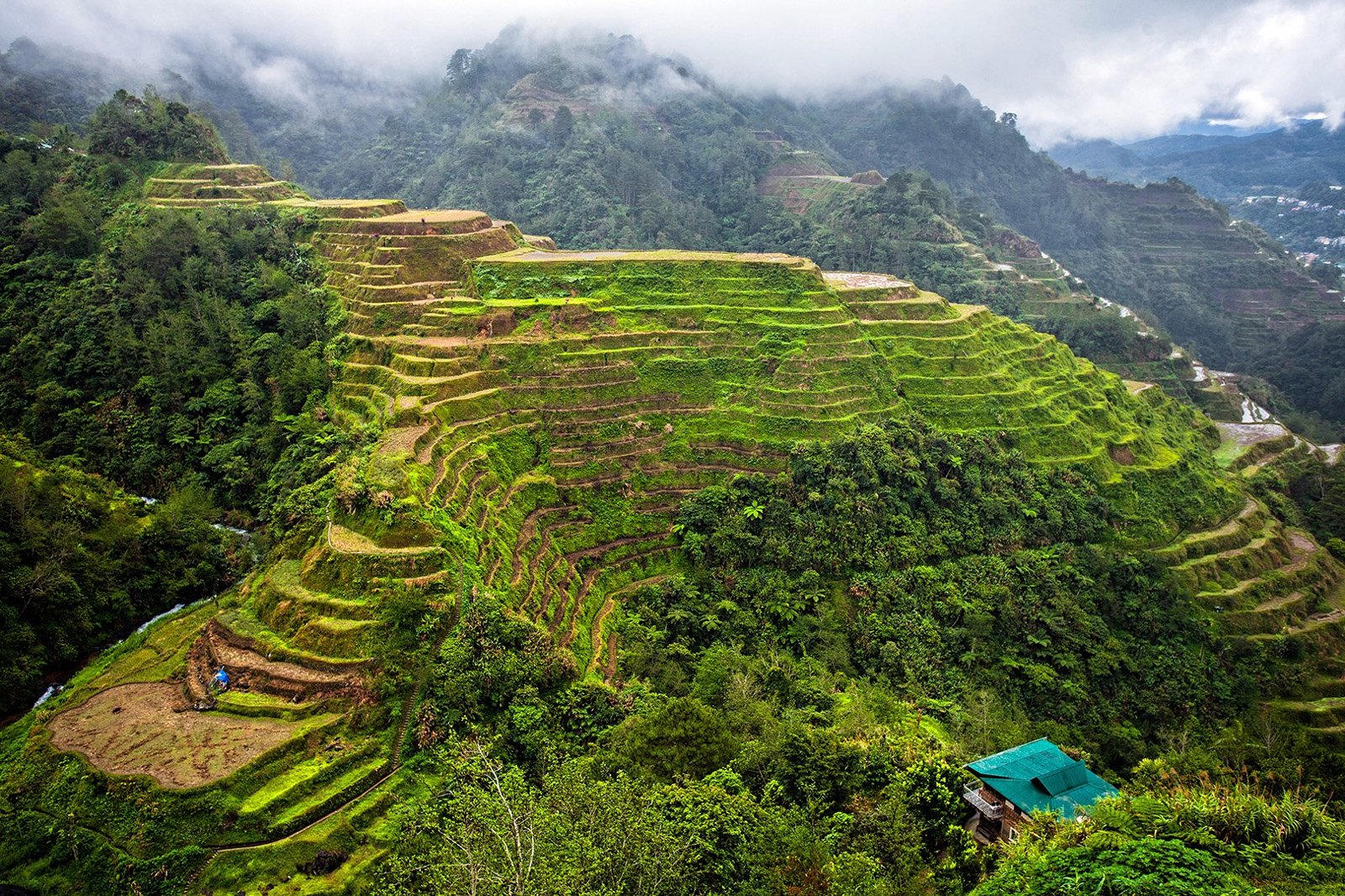 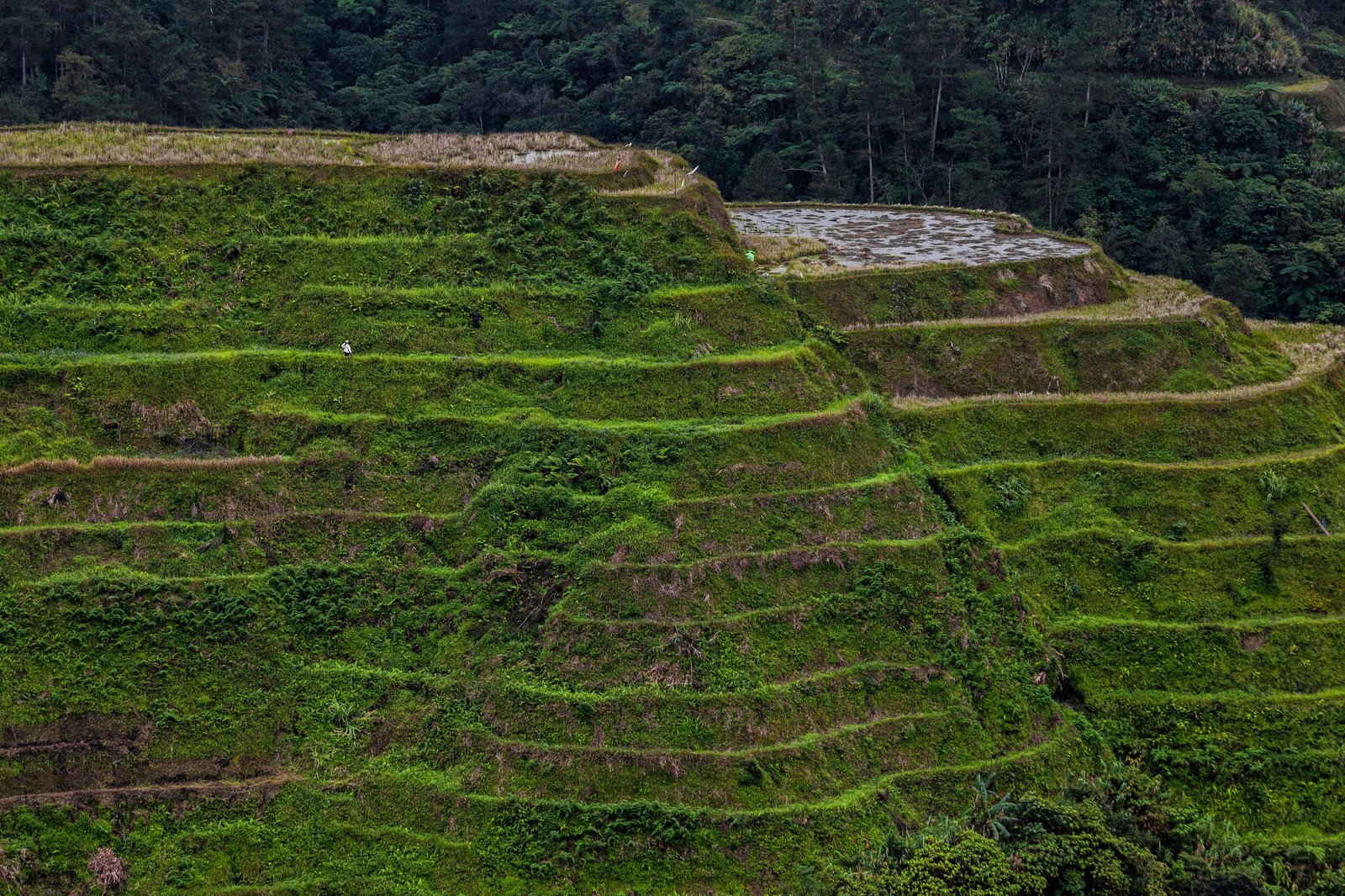 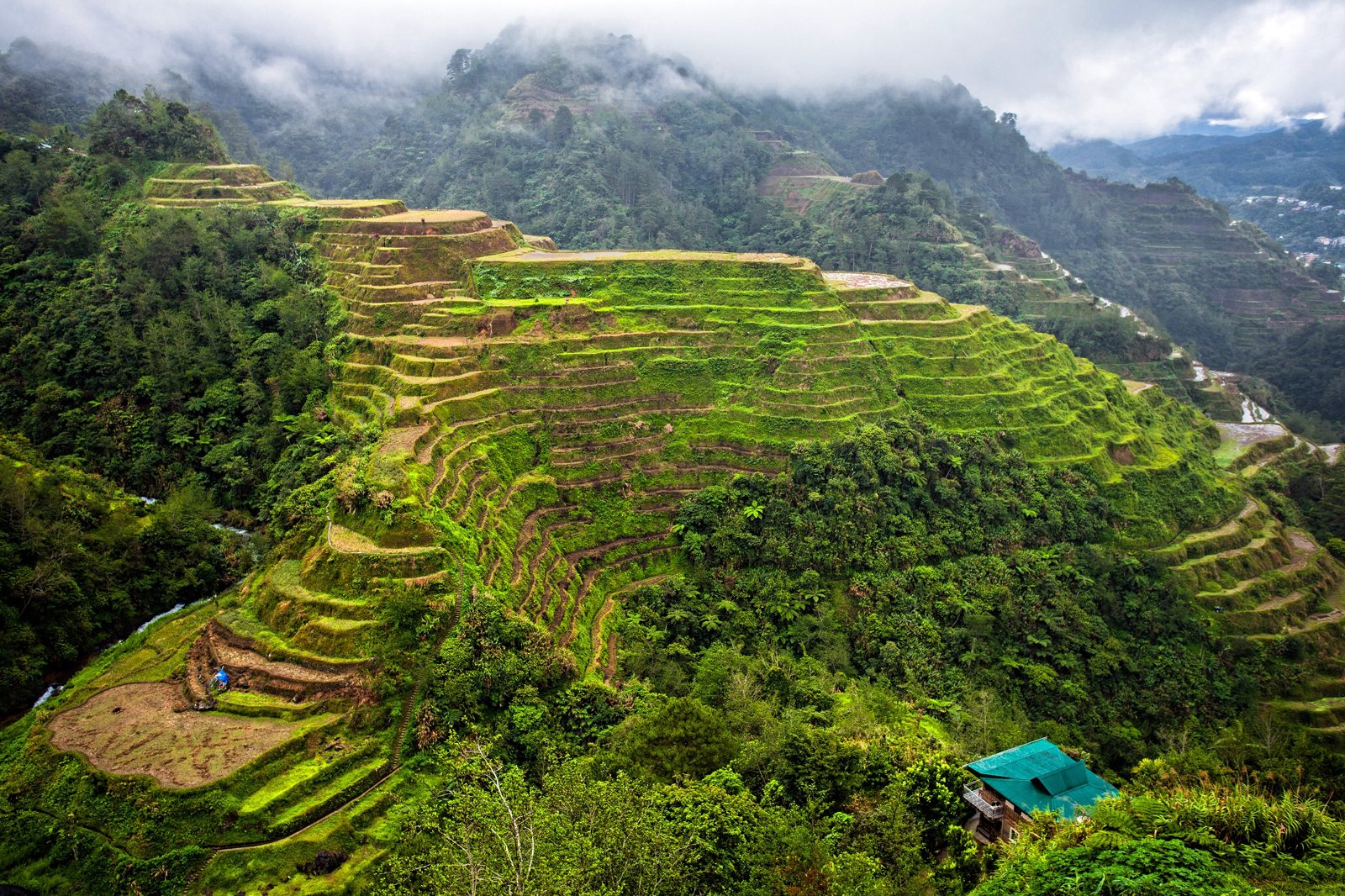 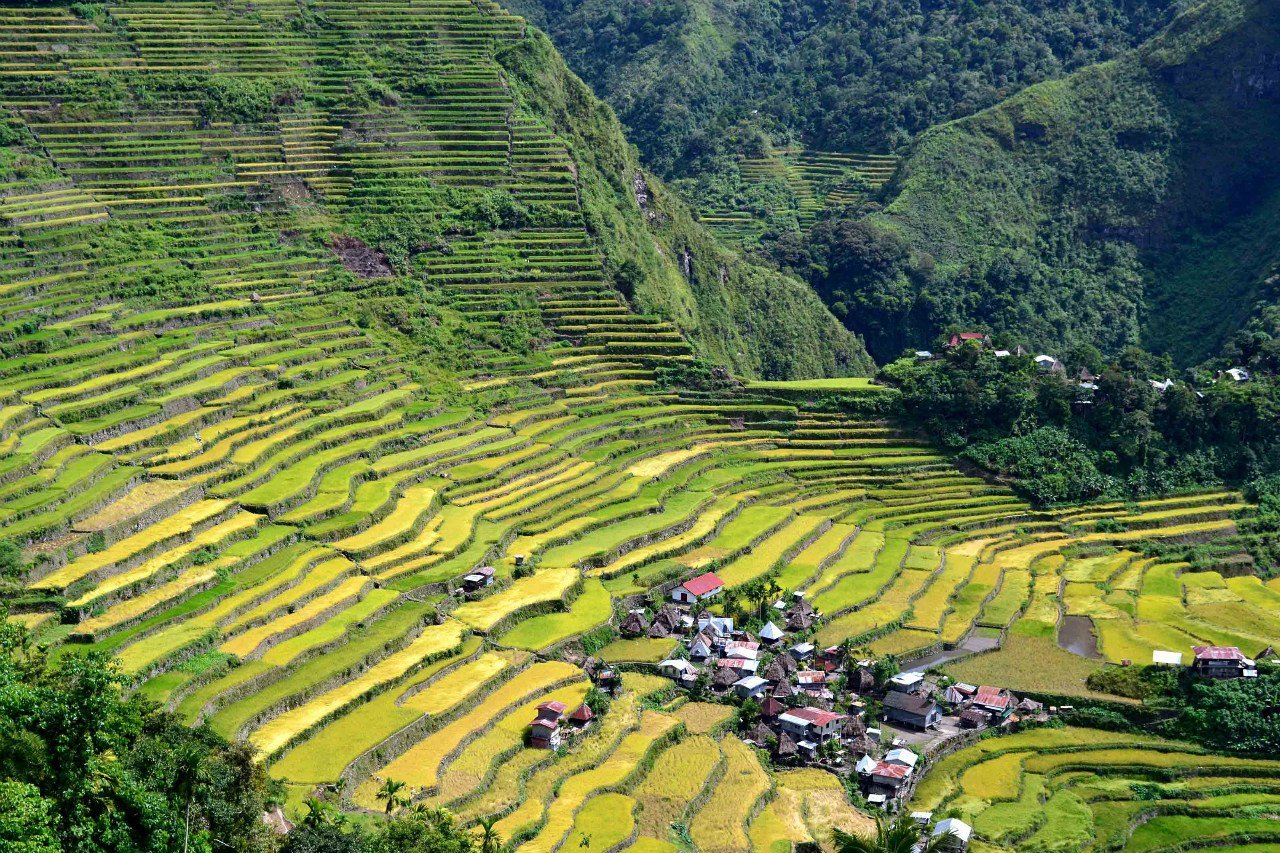 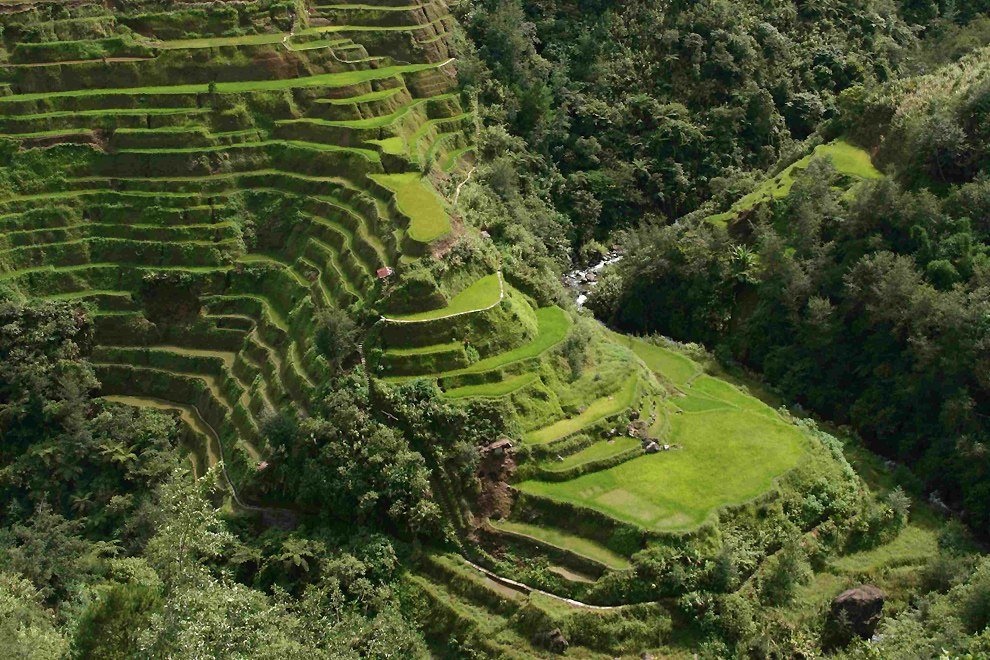 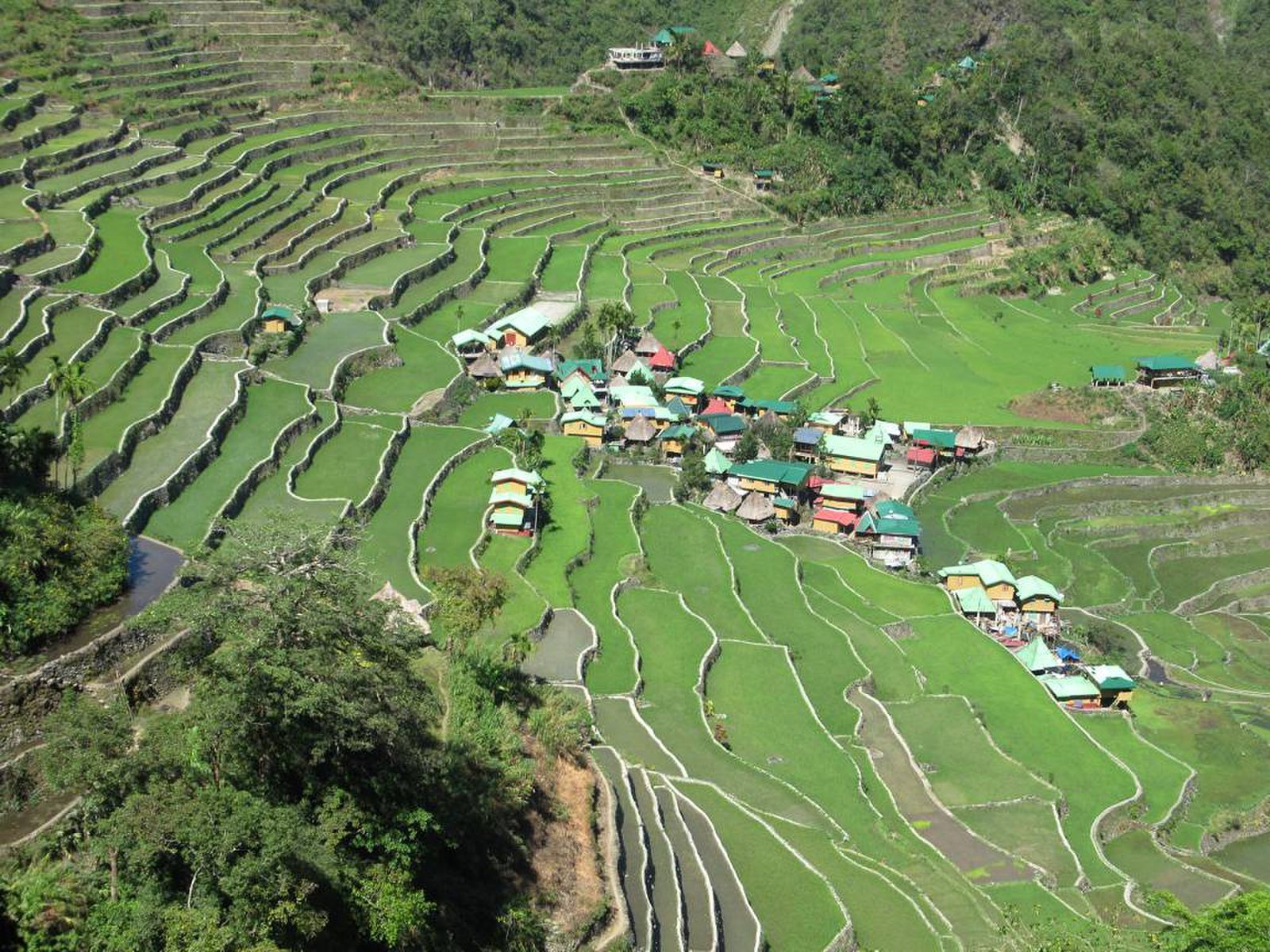 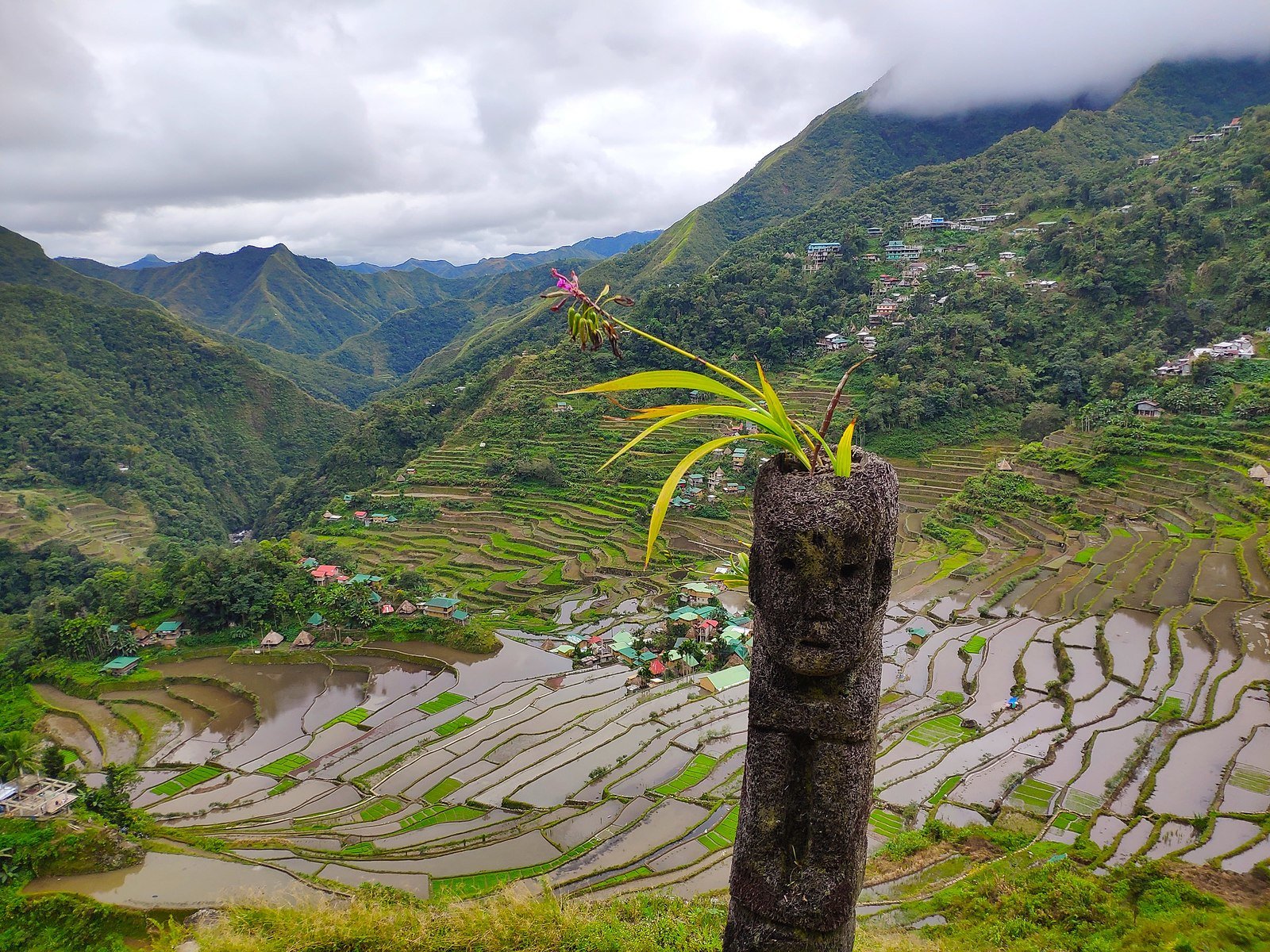 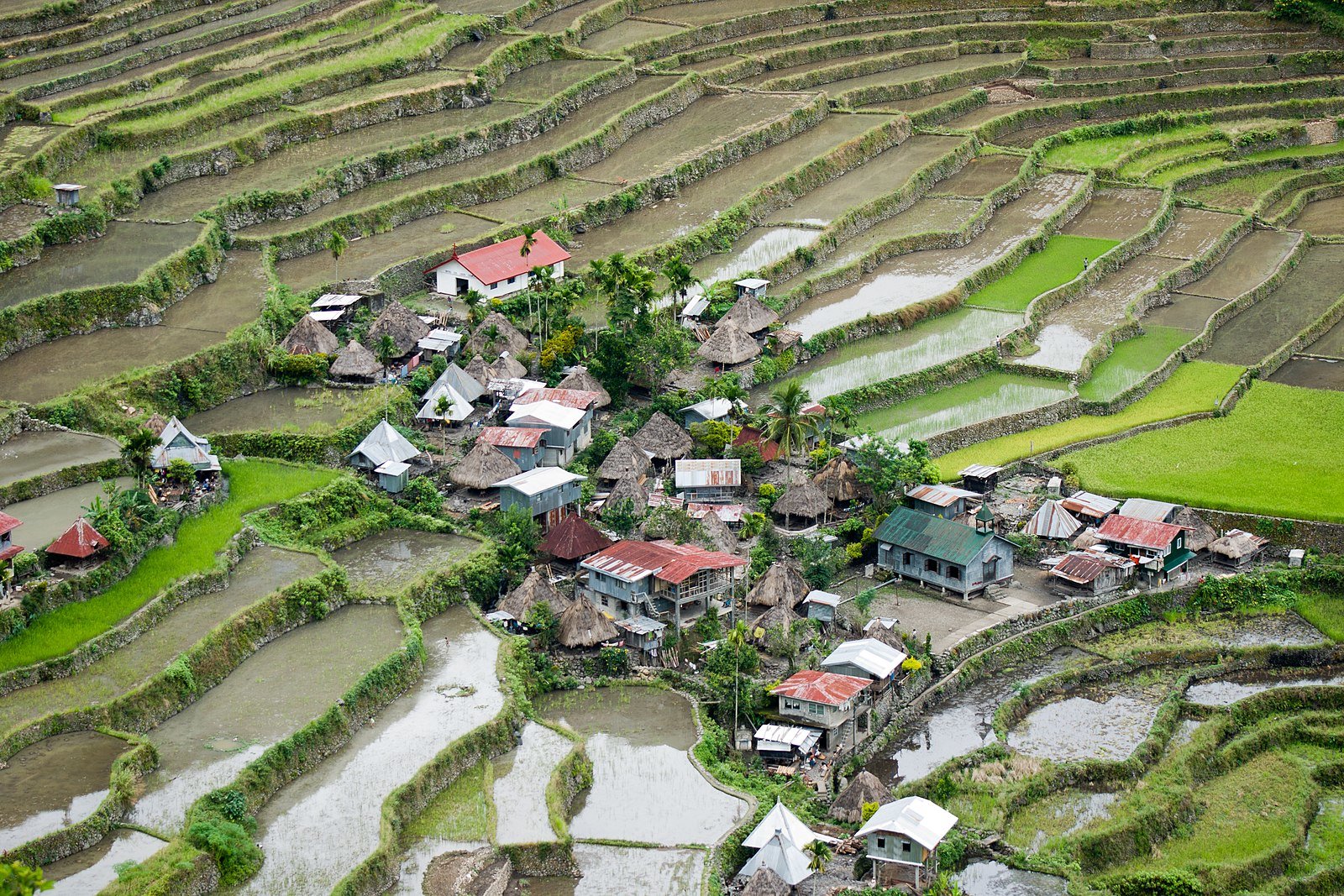 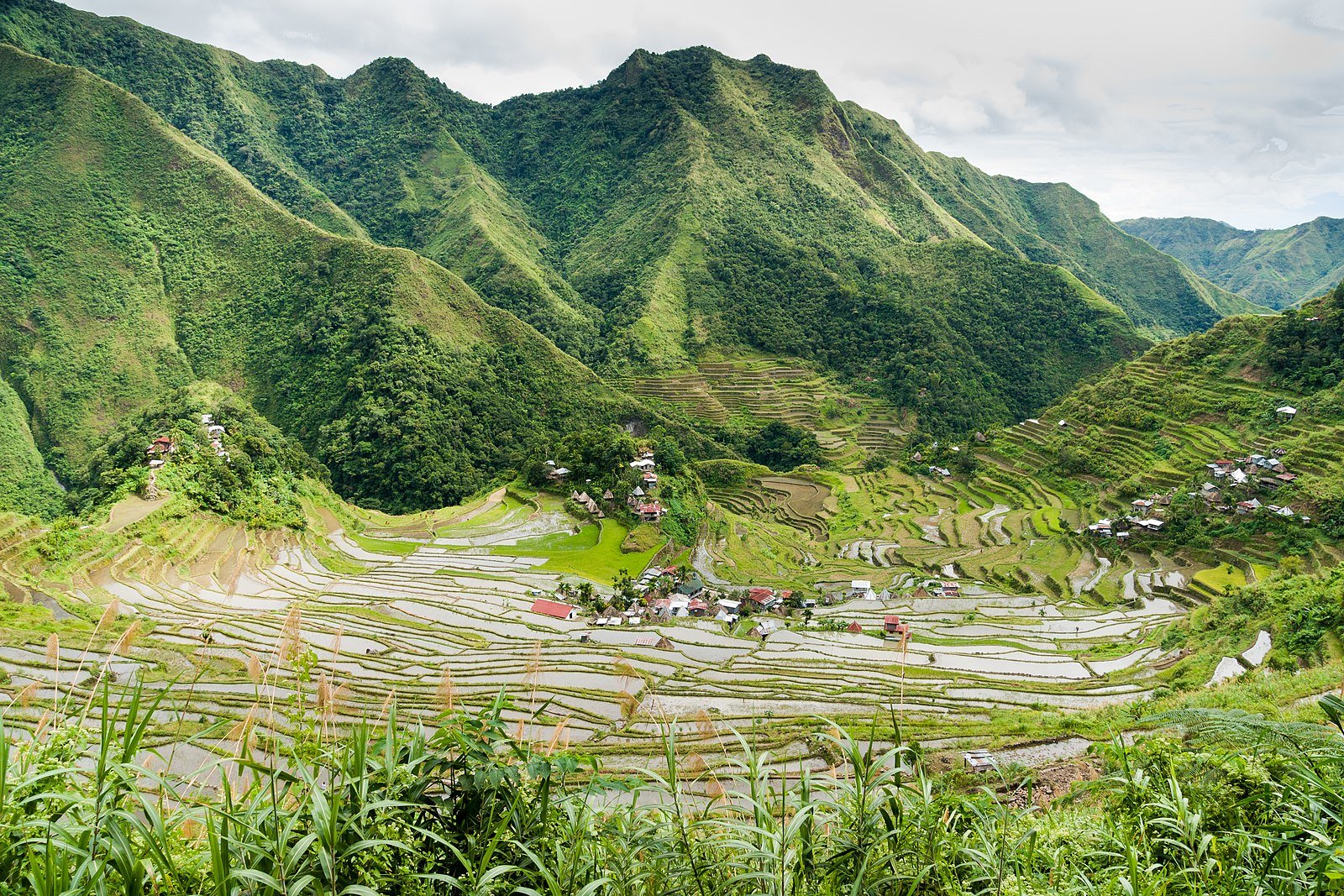 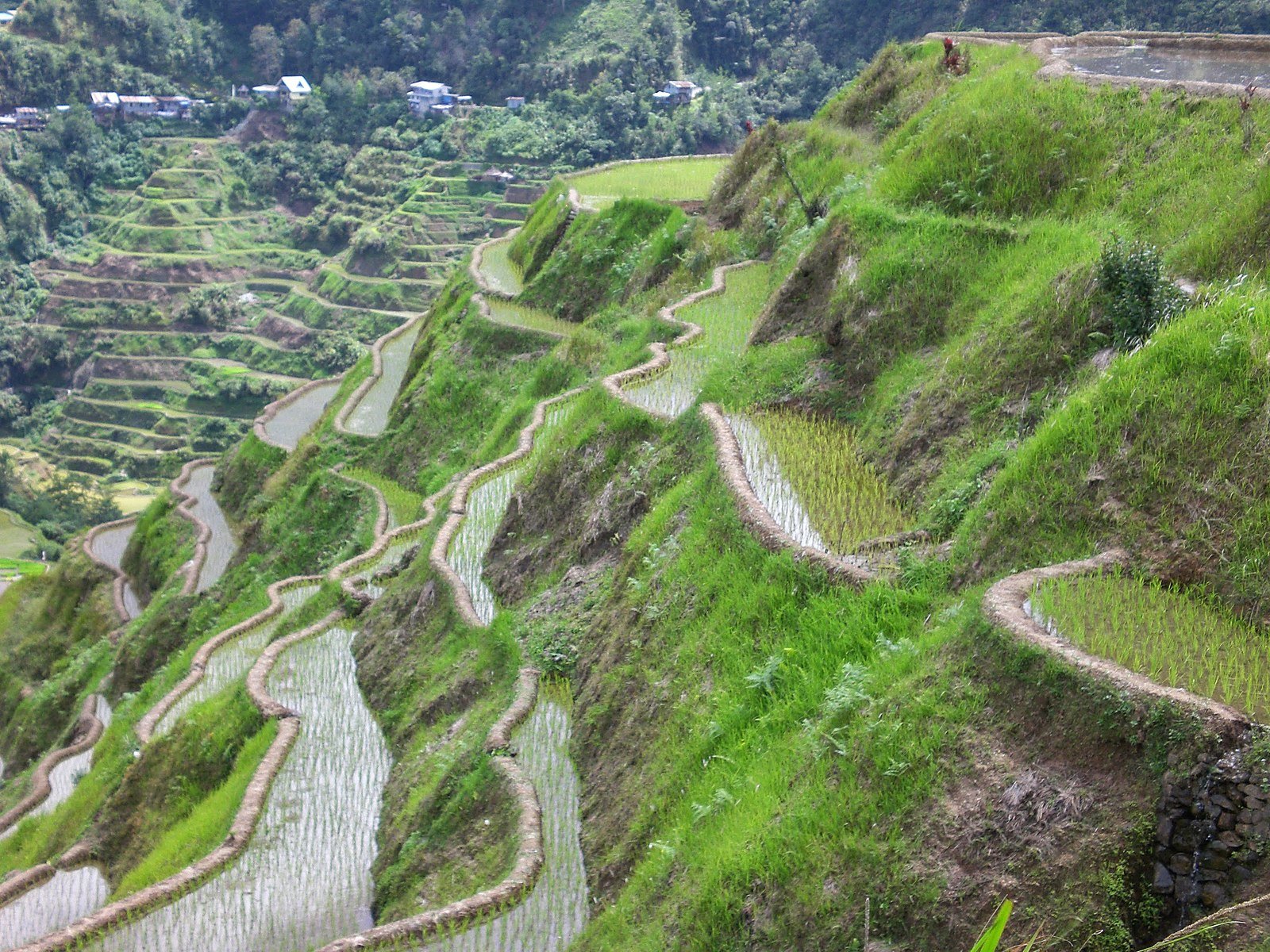 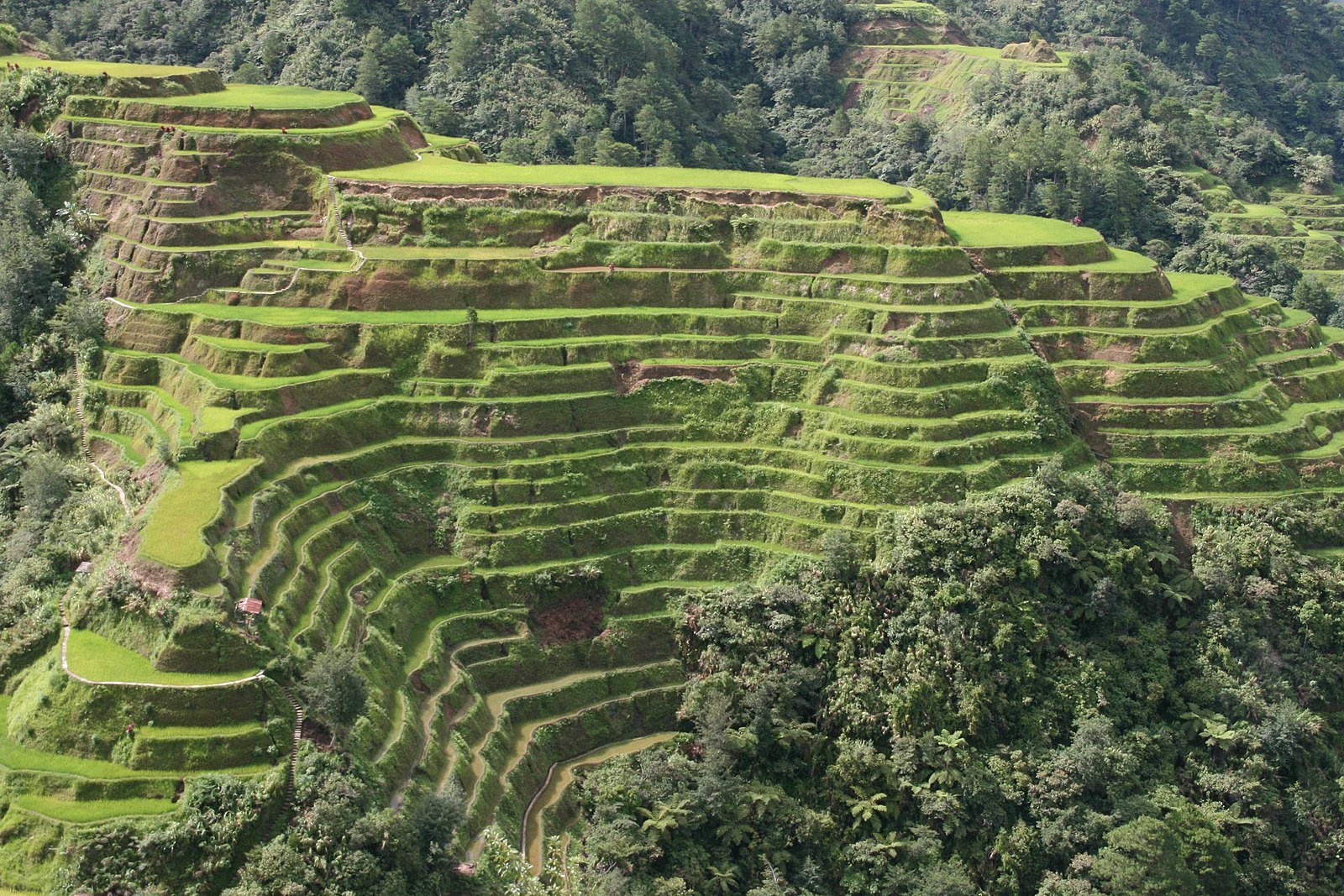 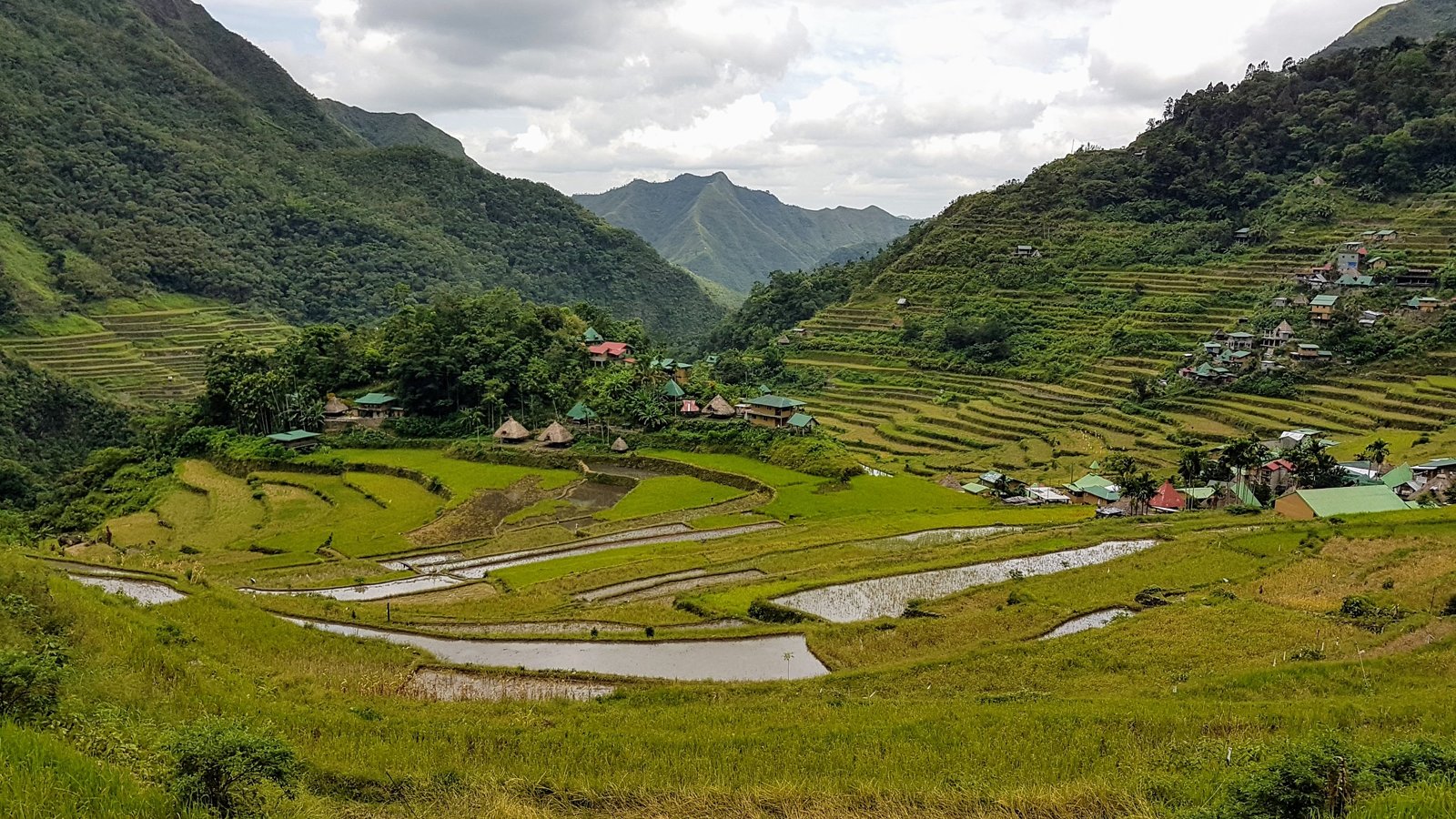 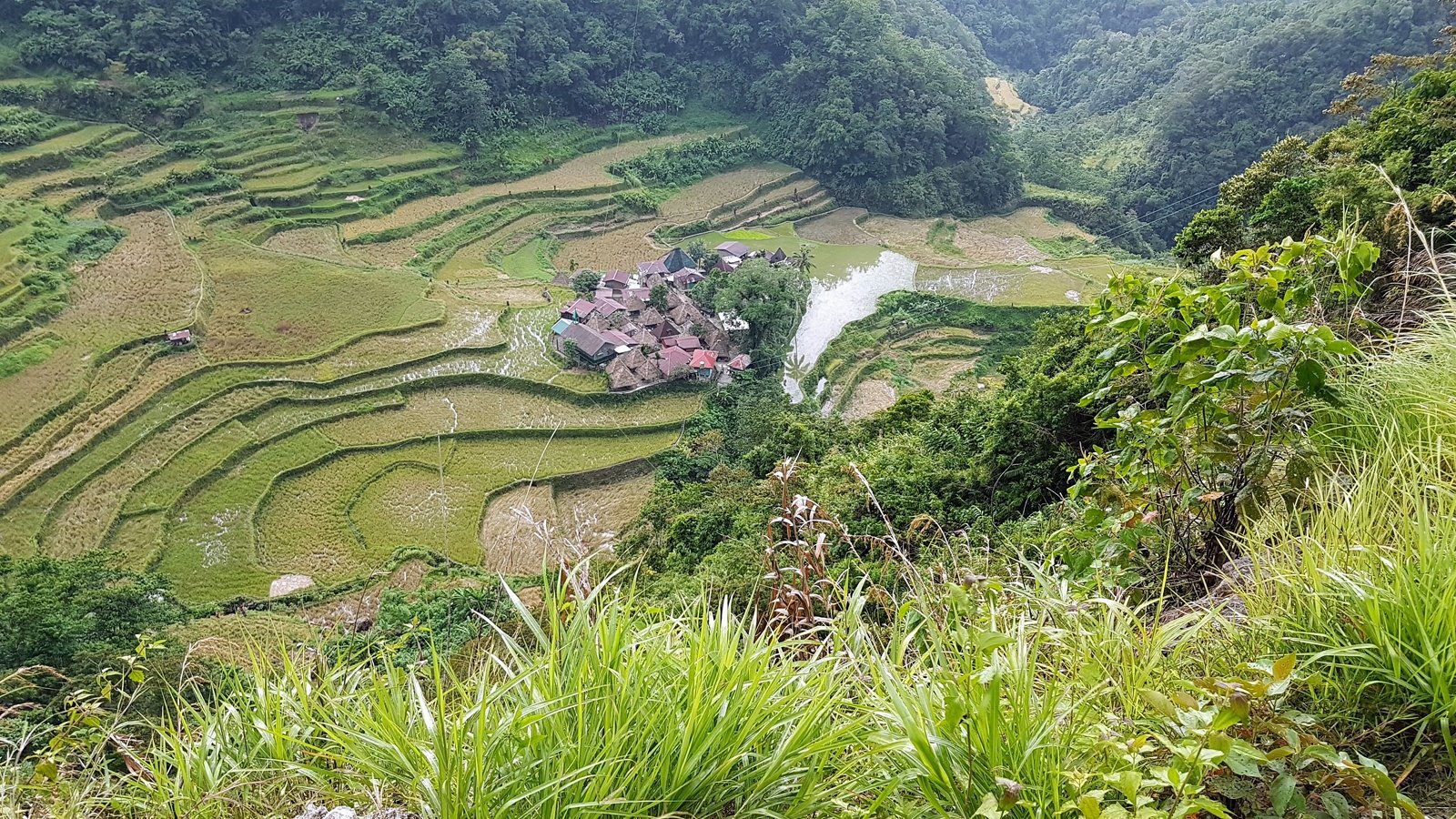