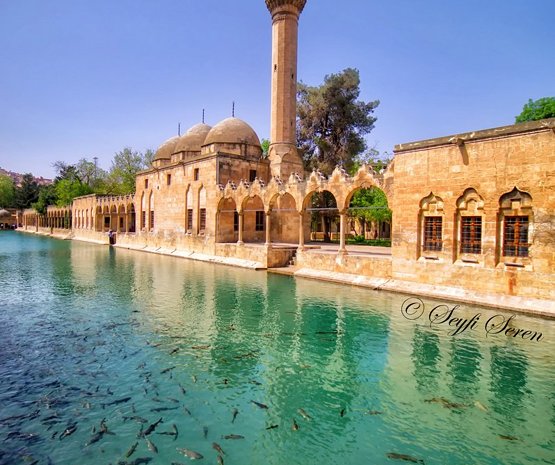 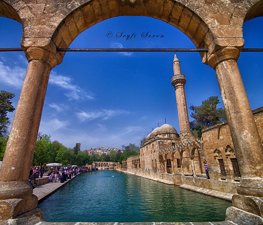 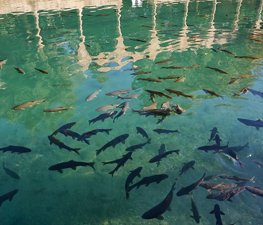 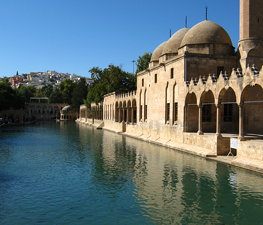 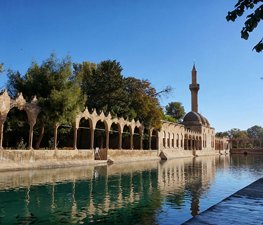 Balıklıgöl (or Pool of Abraham, Halil-Ür Rahman Lake), is a lake in the southwest of Şanlıurfa city center known in Jewish and Islamic legends as the place where Nimrod threw the Prophet Abraham into a fire. Balıklıgöl and neighbouring Aynzeliha lakes are among the most visited places in Şanlıurfa.

According to Jewish and Islamic tradition, Abraham was born in Urfa, and angered King Nimrod by opposing idolatry and falling in love with the king's daughter Zeliha. Nimrod sentenced Abraham to death and built a pyre, but as Abraham was thrown onto the fire, the flames turned into water and the logs into fish. Abraham supposedly fell onto the ground on the site of Halil-Ür Rahman lake. Aynzeliha lake was supposedly formed by Zeliha's tears, and the water is said to turn anyone who drinks it blind.

The lake is in the courtyard of Halil-ur-Rahman Mosque. The area is also known as the Pool of Abraham or the Pool of Sacred Fish, because of the belief that the fish are holy due to their connection to the story of Abraham. Visitors are encouraged to feed the fish, with local vendors nearby selling small bags of fish food.

Makam-ı İbrahim Mosque and cave are situated to the South East of the lakes, and are also considered to be connected to the life of Abraham, being the cave where Abraham is said to have been born.

Turkish Travel Blog
It takes a short time to explore this place so definitely put it on your list. Also have spare change ready so you can buy fish food. The fish will go through it extremely quick though so buy lots!

Baran AxA
One of the best Historical place

Aydin
Just incredibly beautiful! one should not skip visiting this awesome place if you were happen to nearby cities!

Qal'at Najm (Arabic: قلعة نجم‎) is a castle located on the ri

Lake Bosumtwi, situated within an ancient meteorite impact crater, is 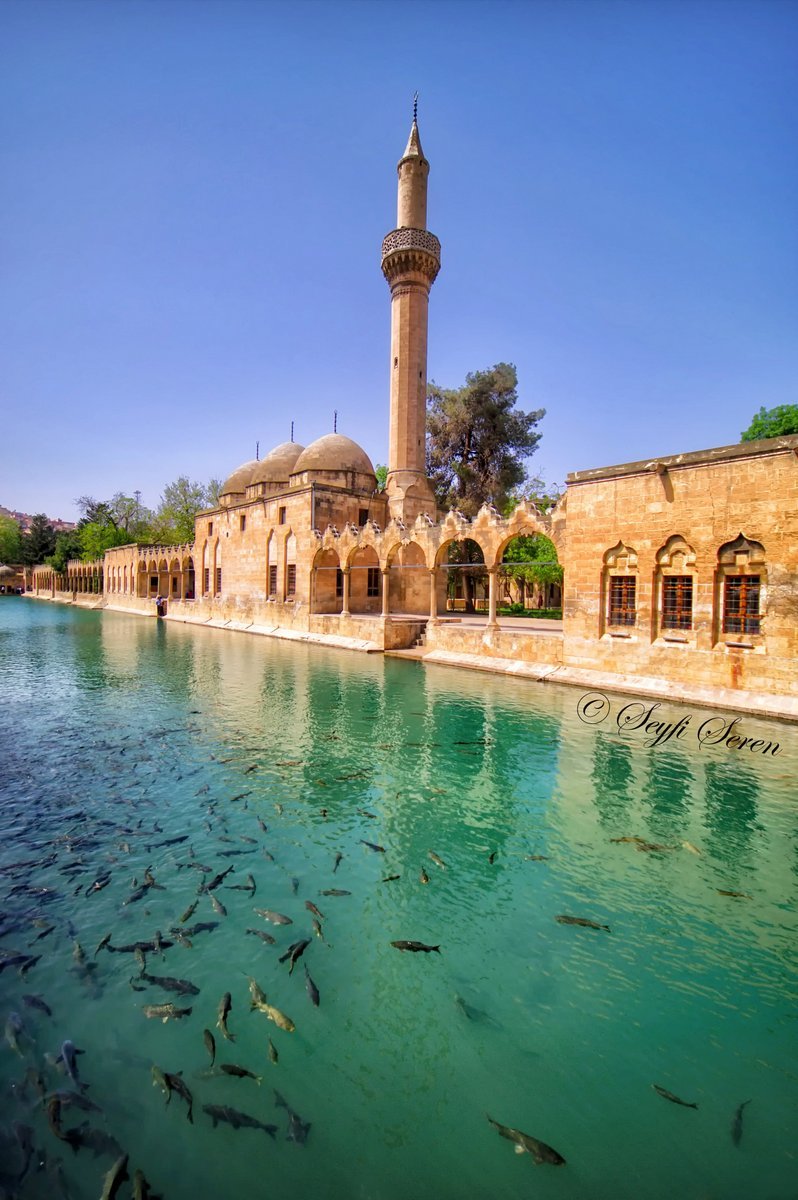 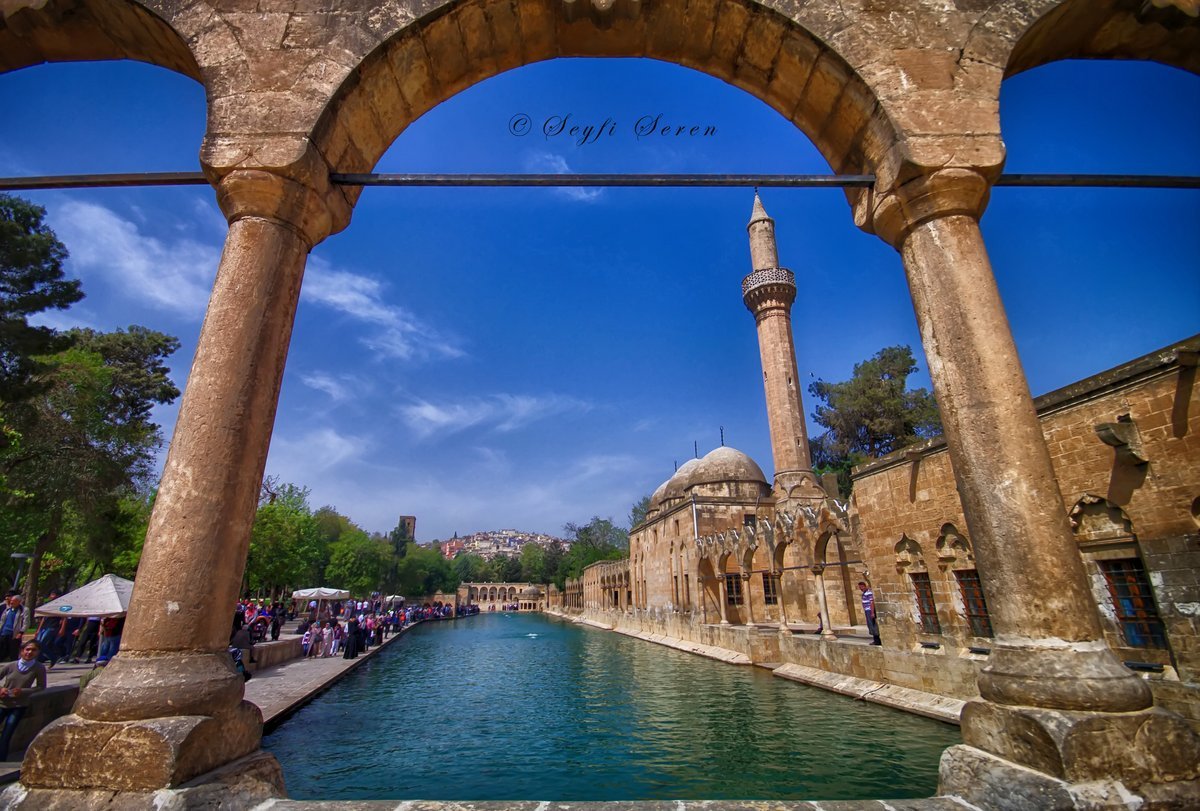 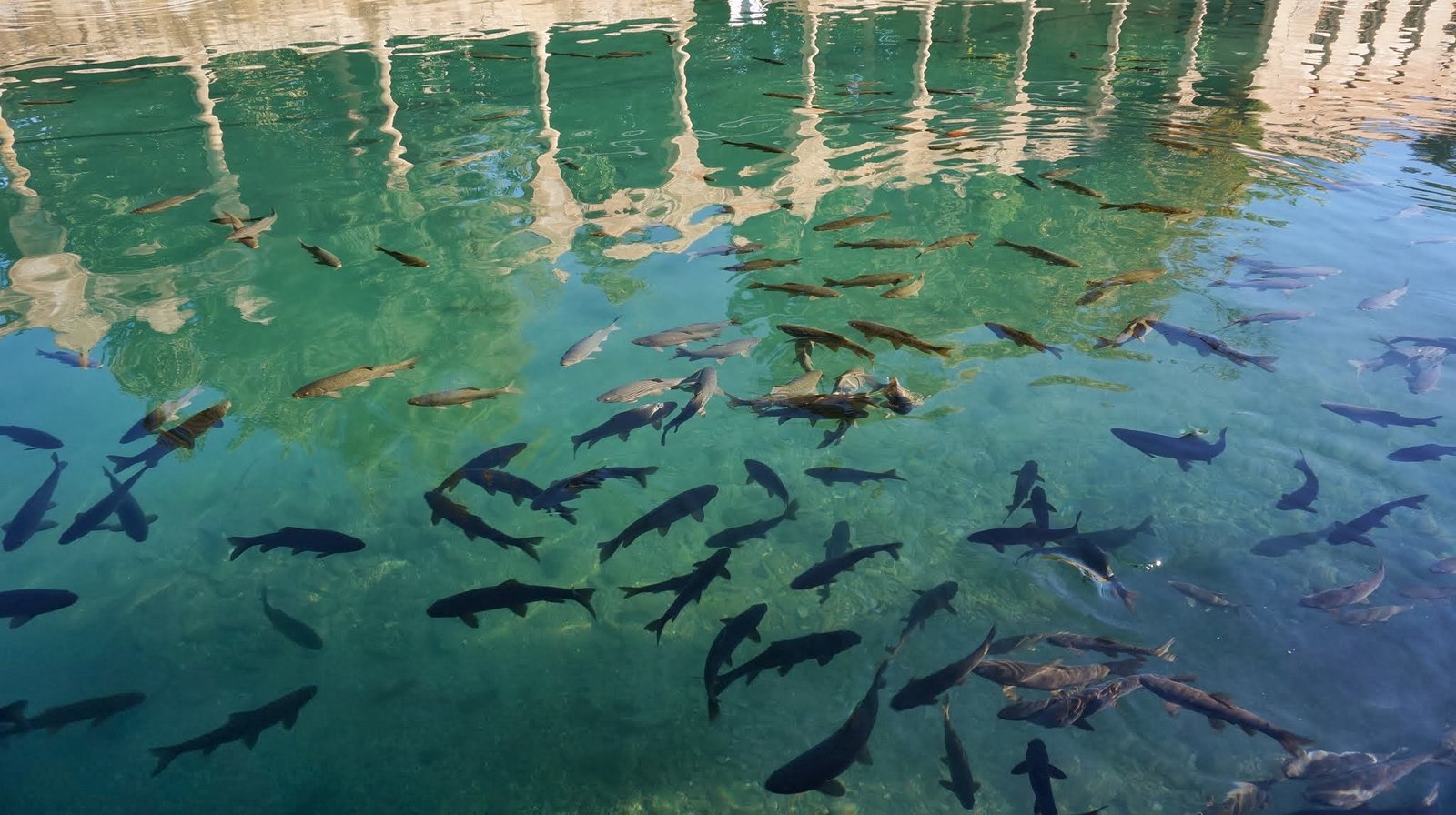 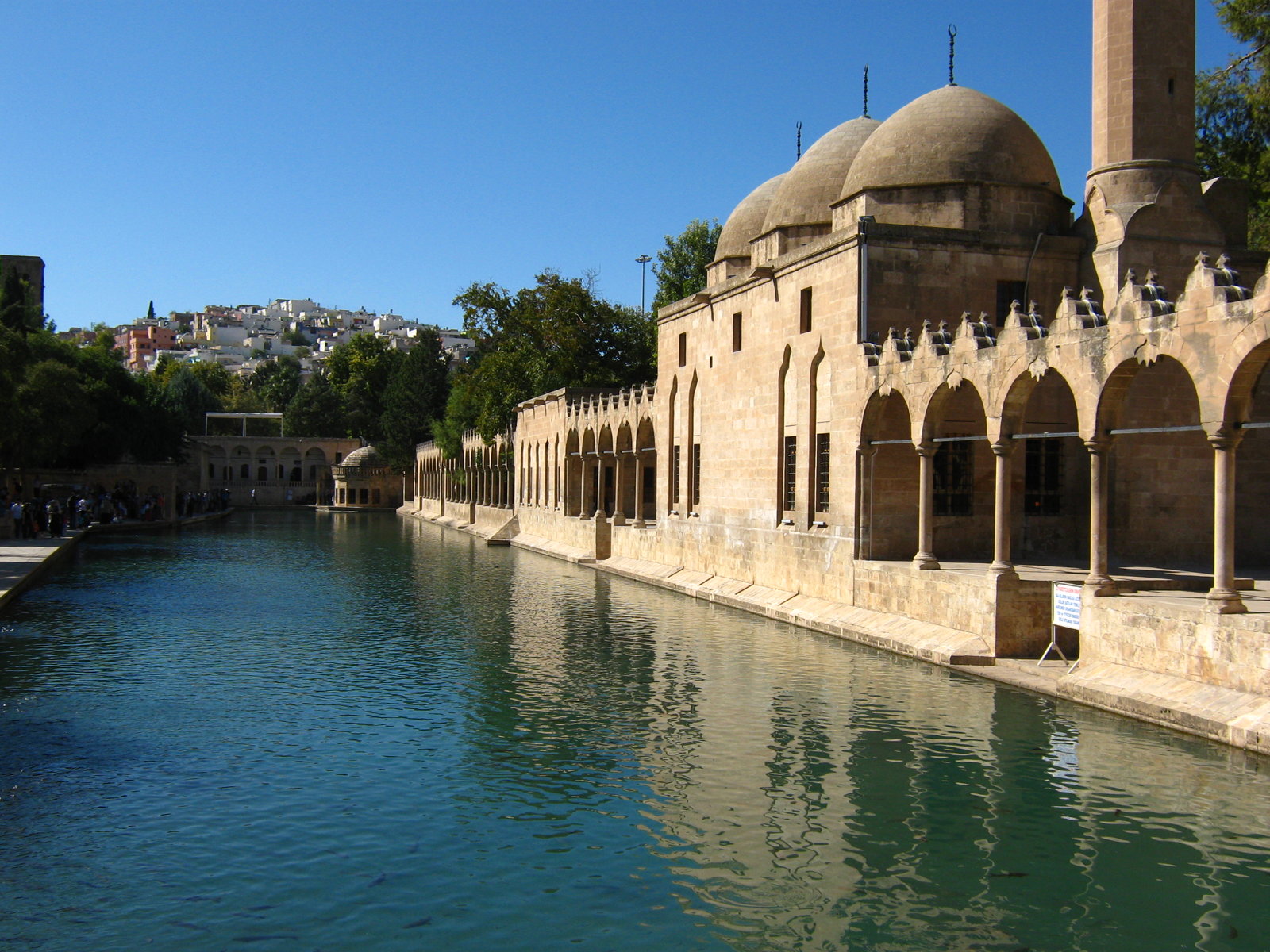 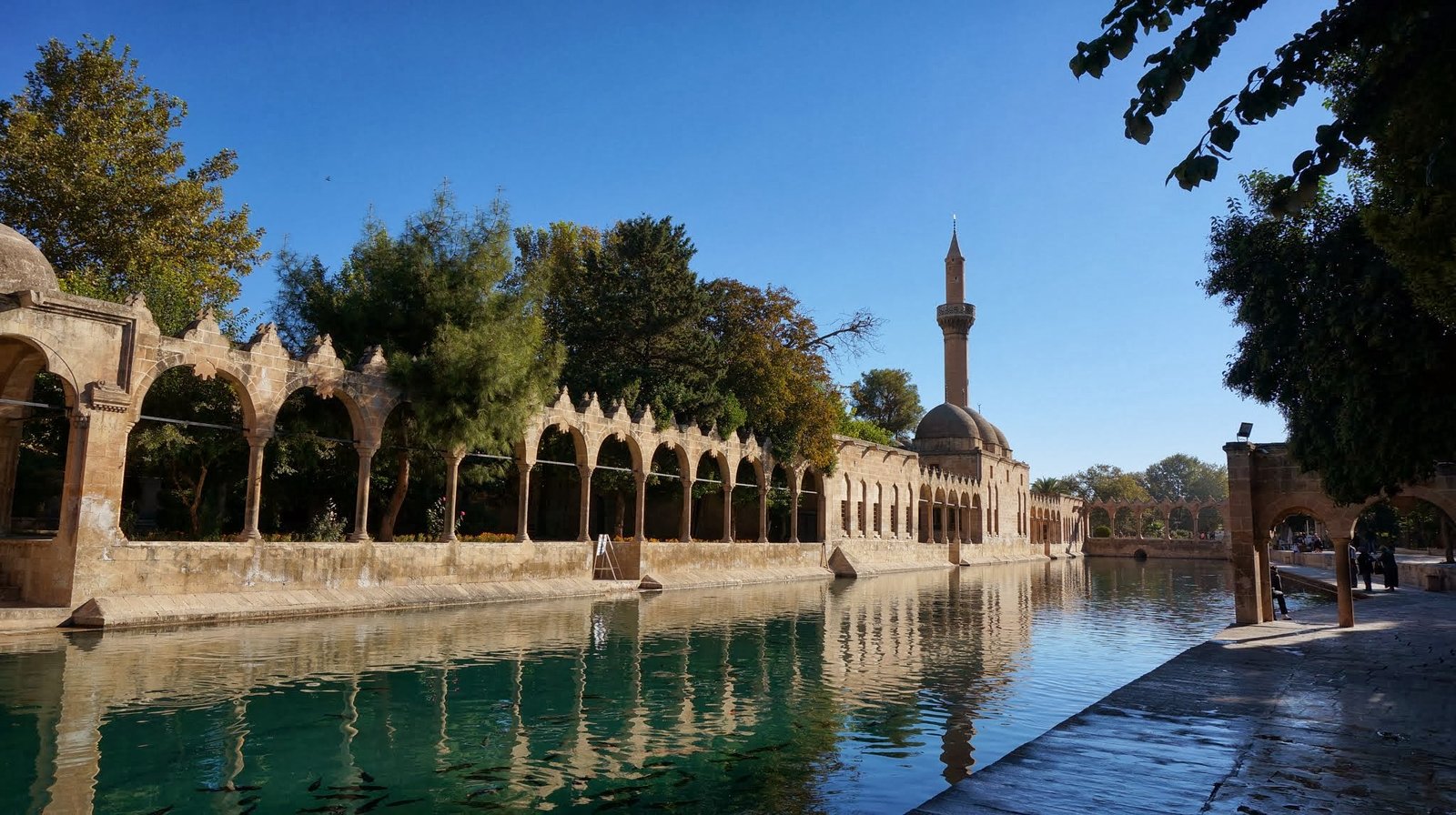 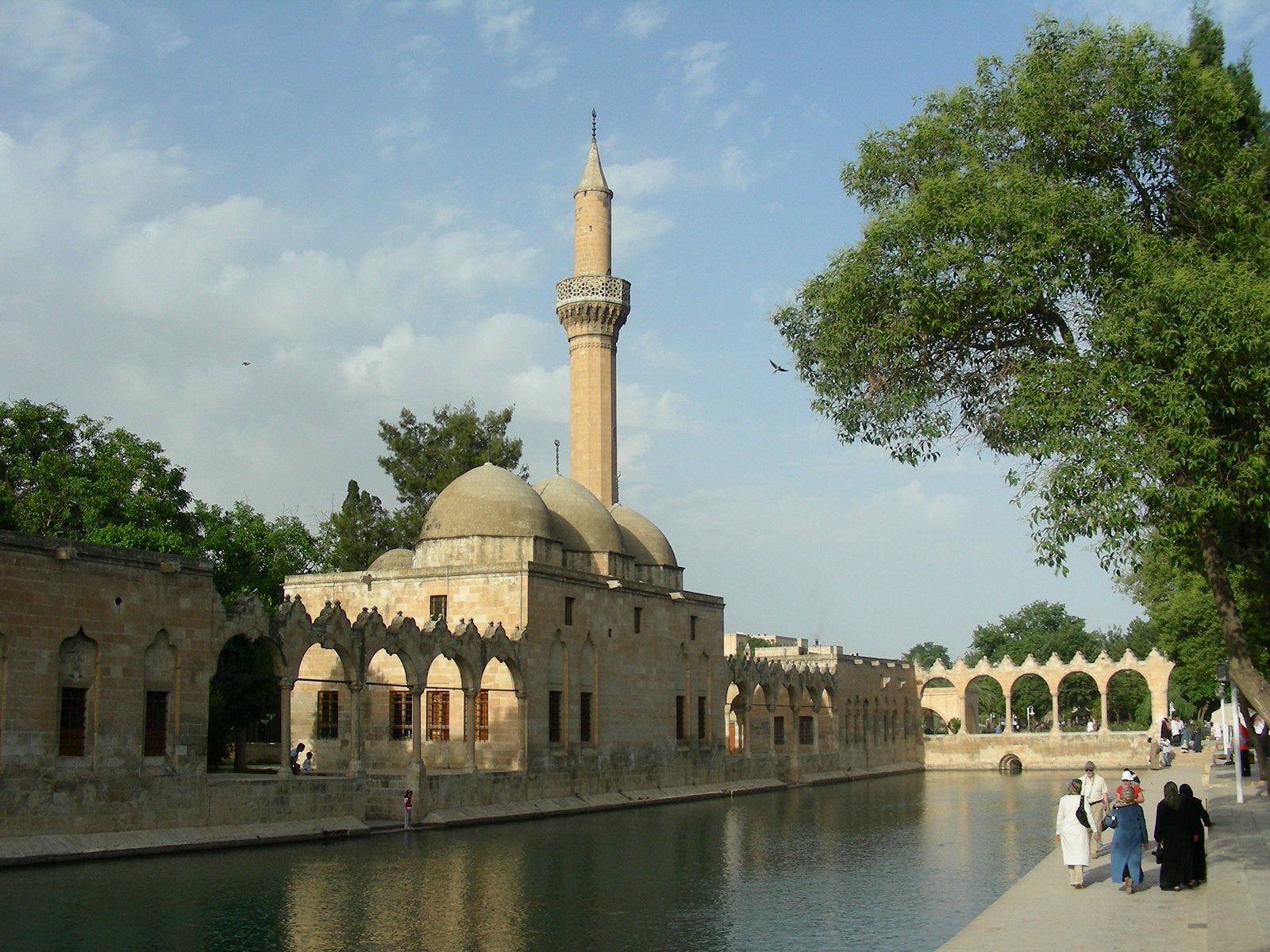 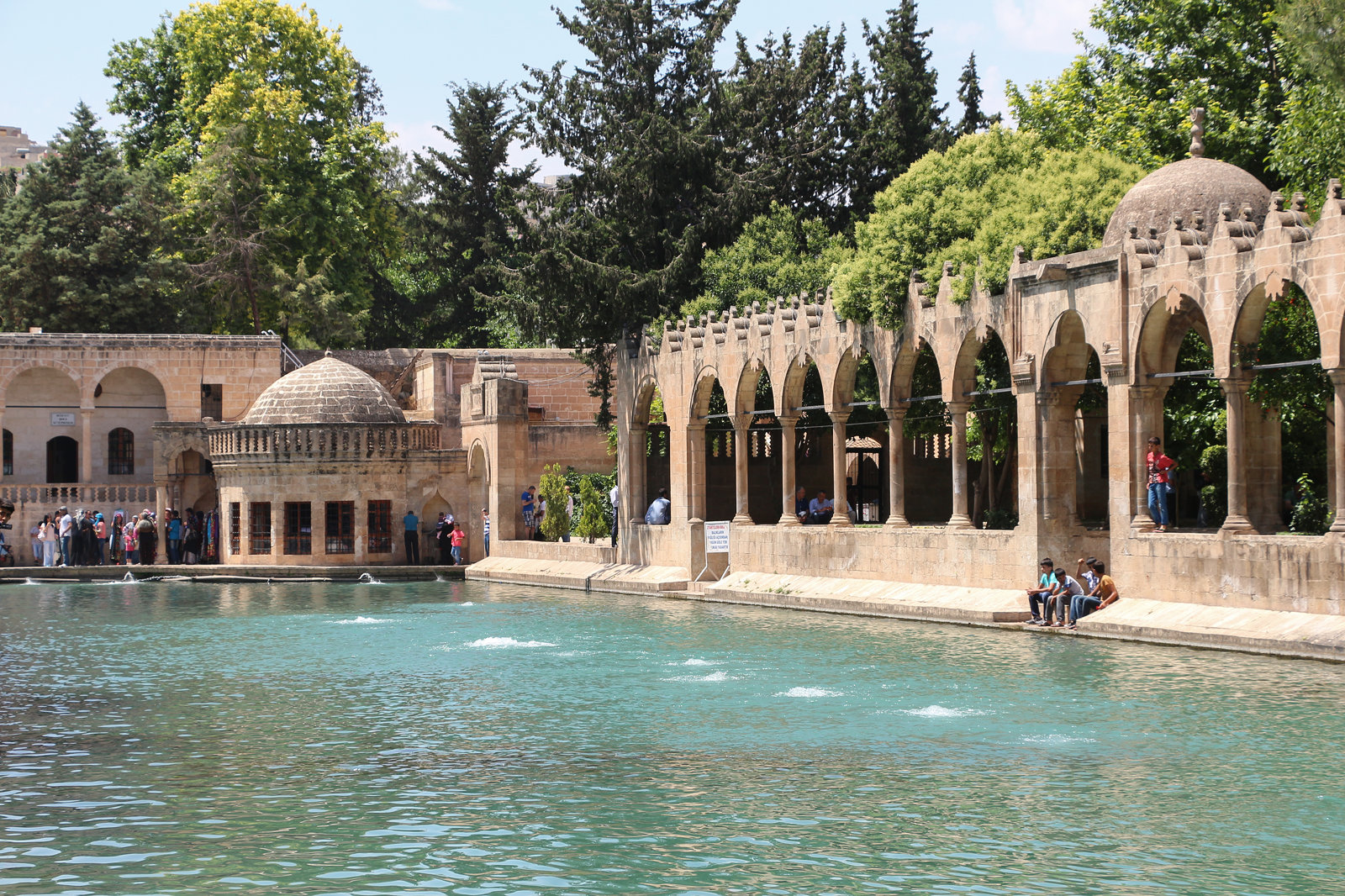 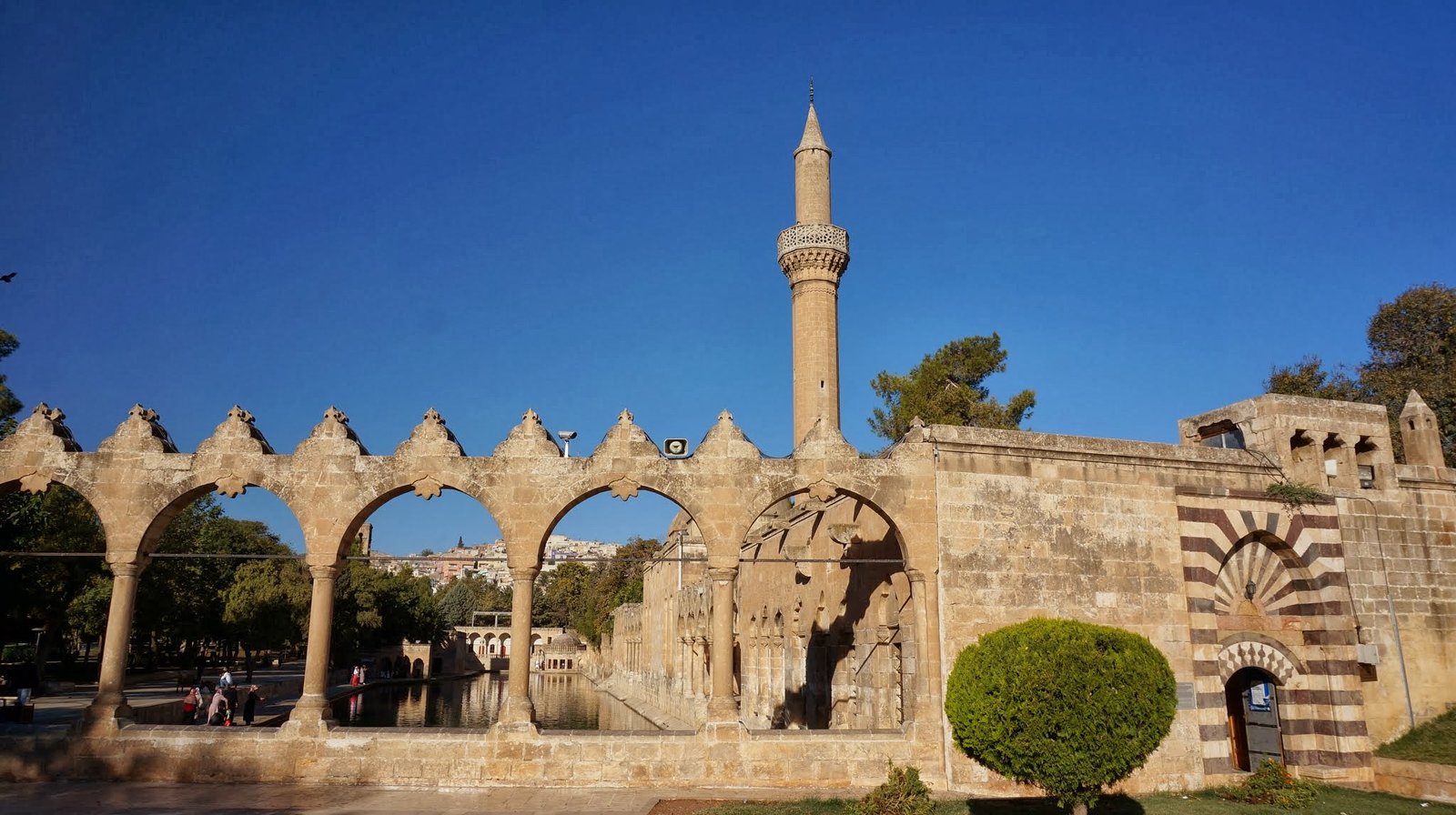 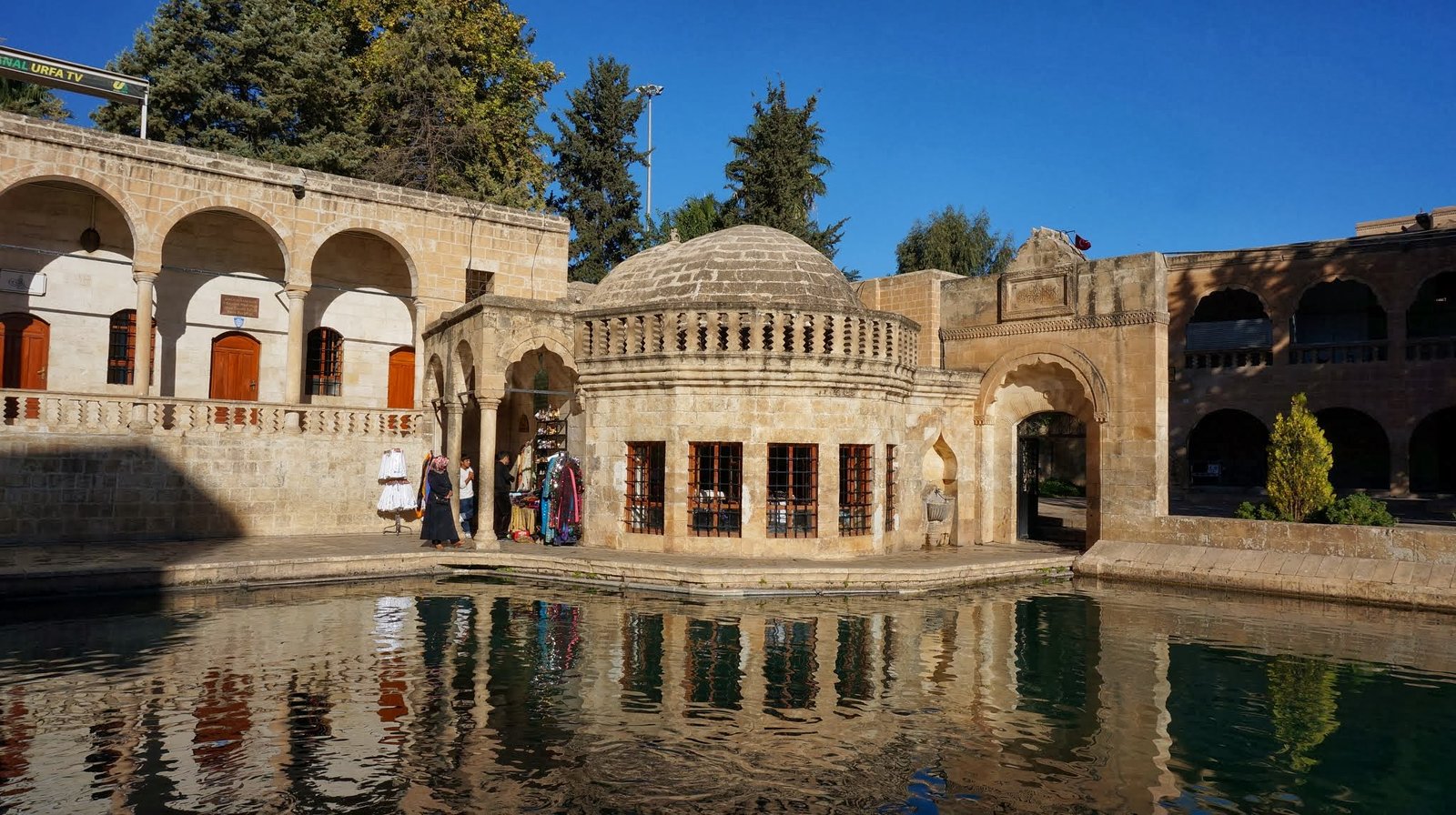 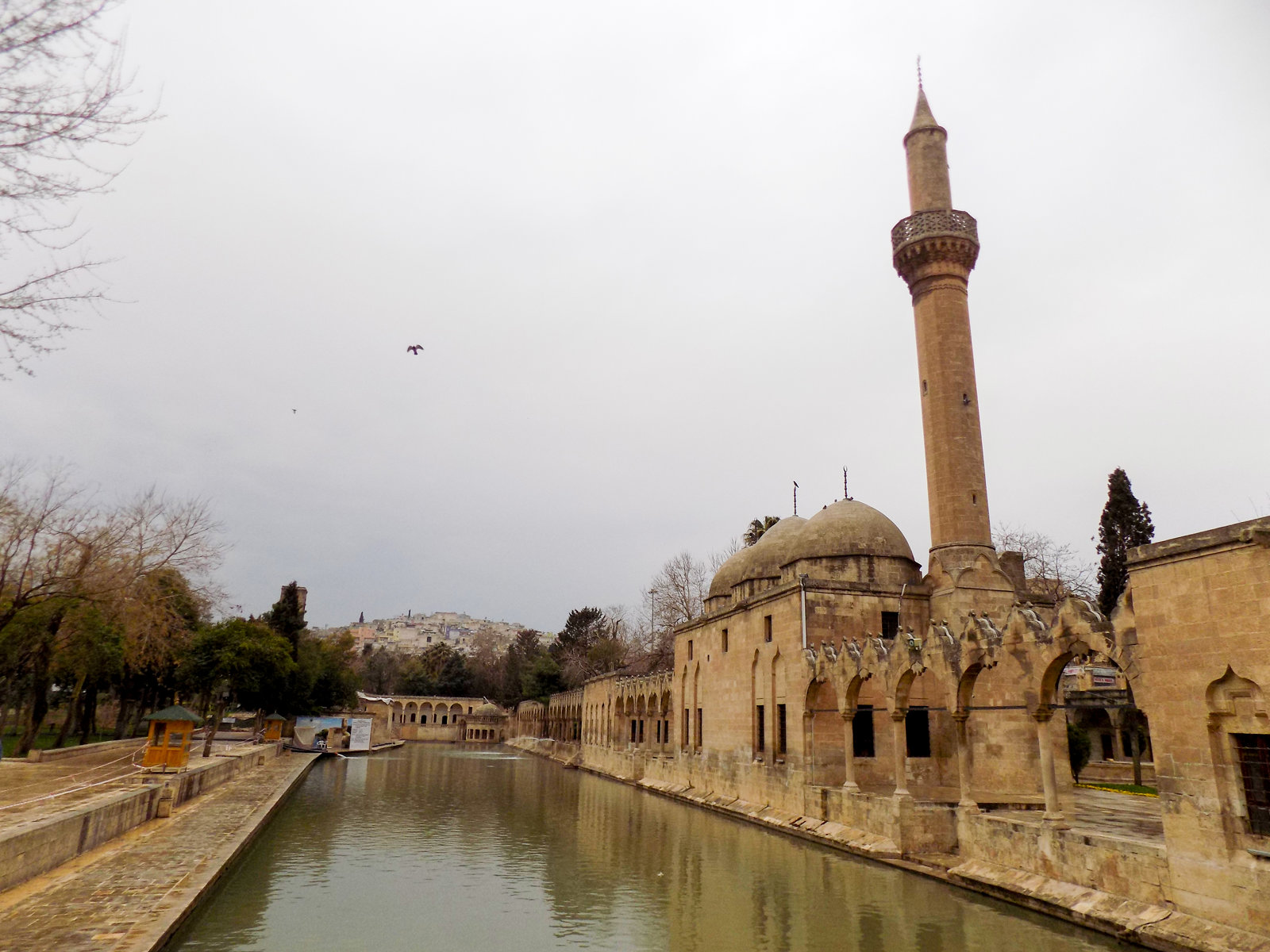 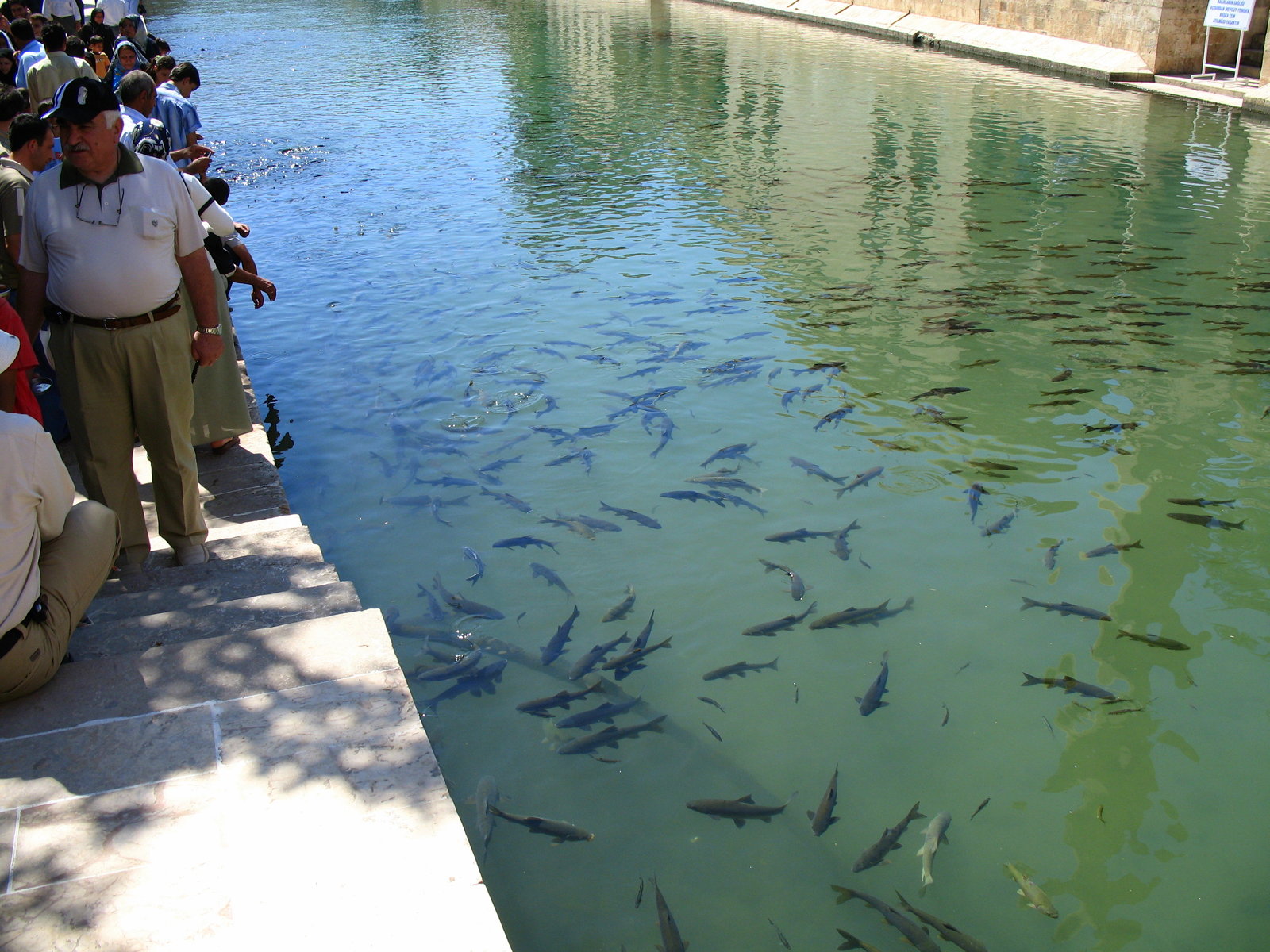 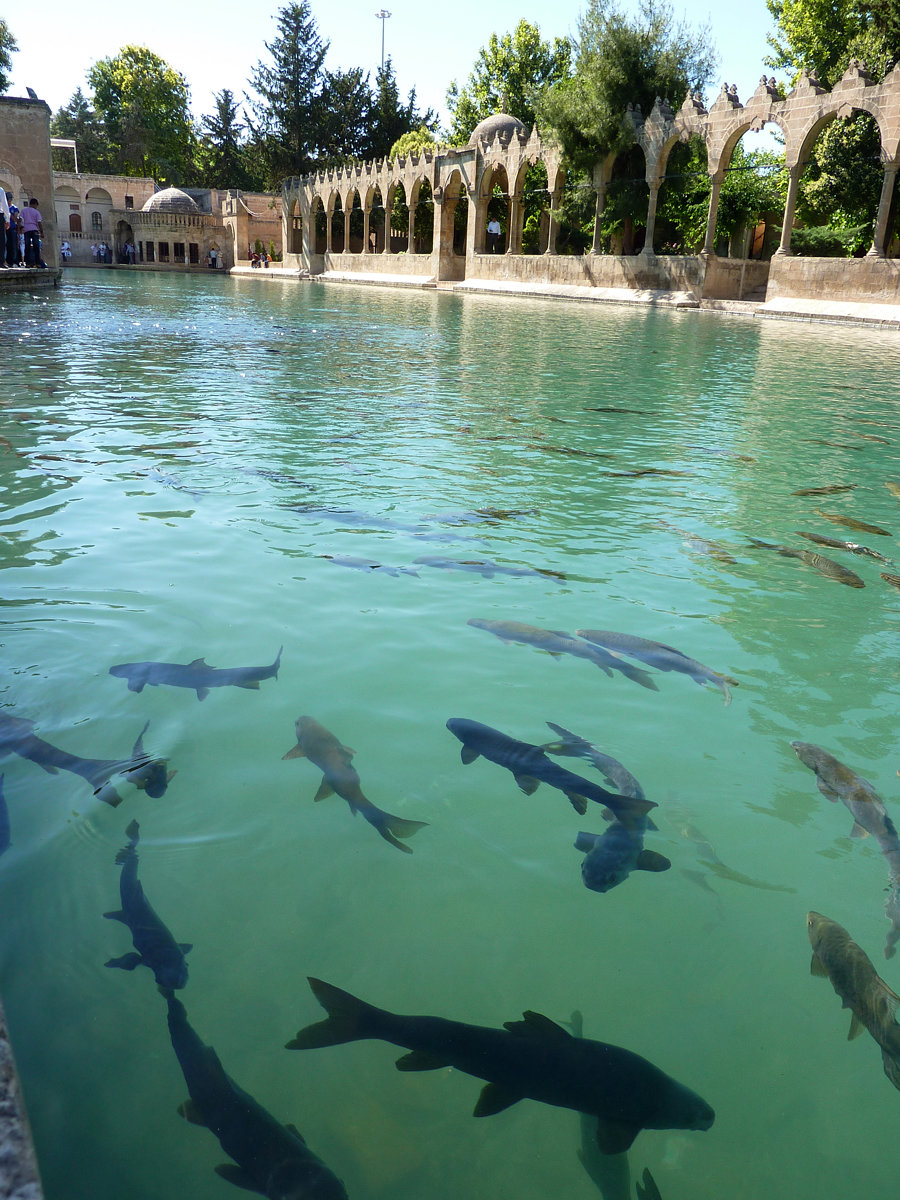 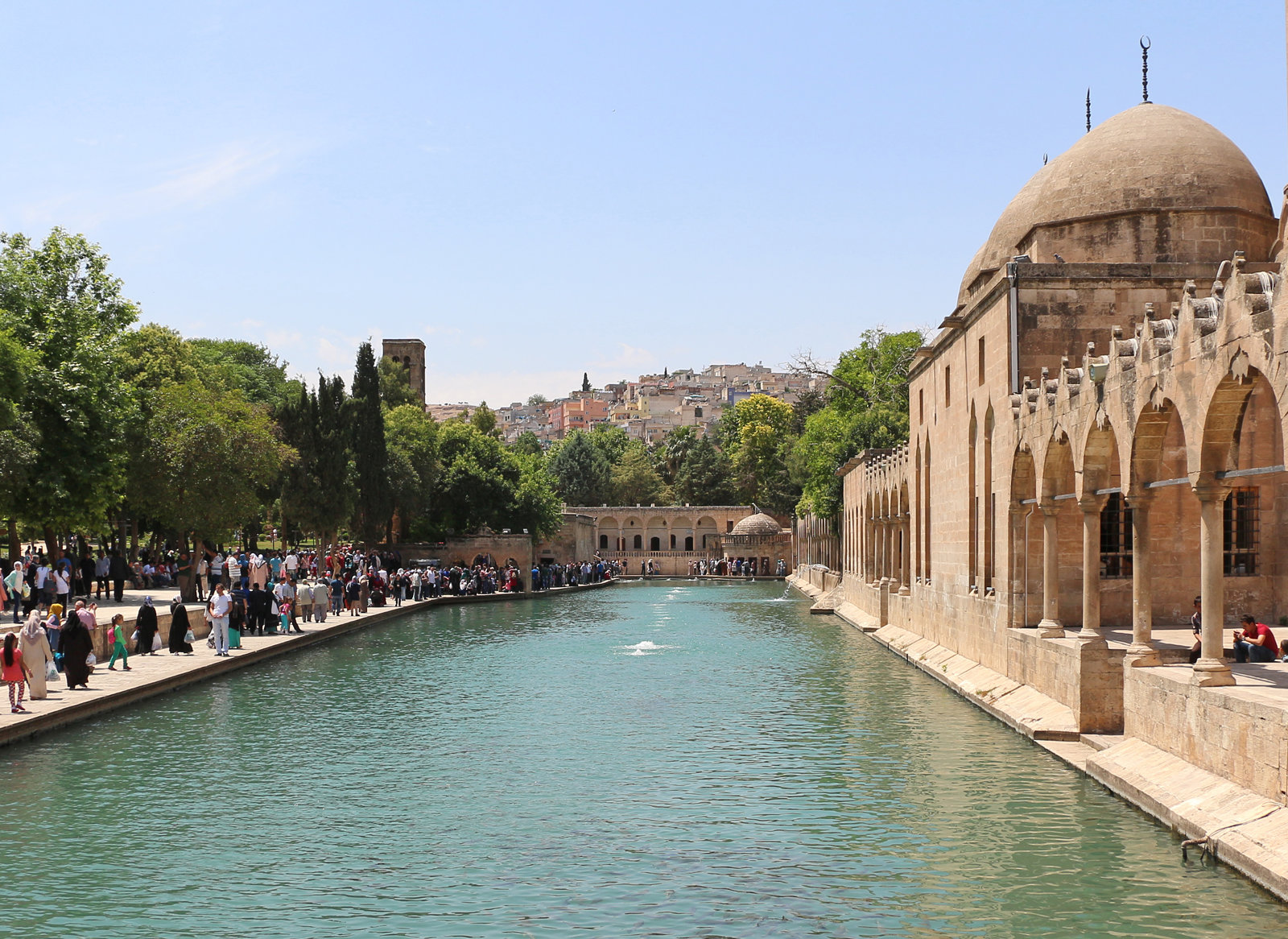