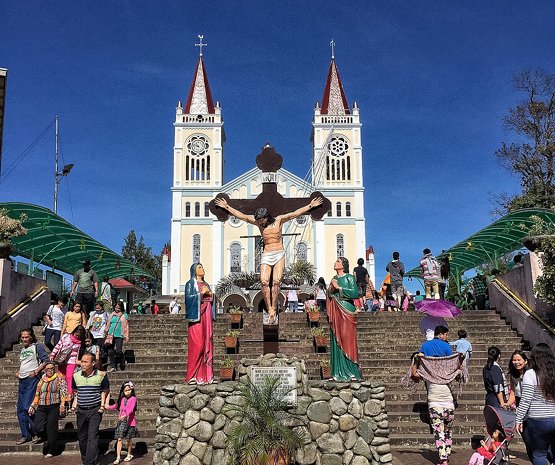 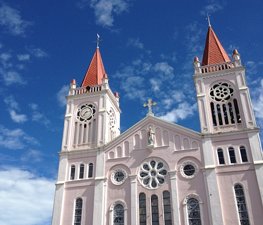 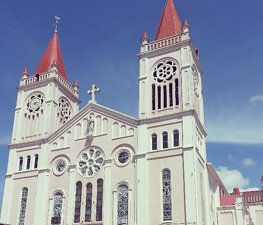 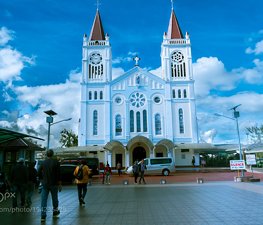 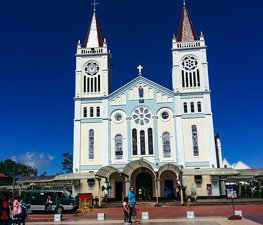 Our Lady of Atonement Cathedral, better known as Baguio Cathedral, is a Catholic cathedral located at Cathedral Loop, adjacent to Session Road in Baguio City in the Philippines. It is distinct for its rose-colored exterior and is one of the most photographed buildings in Baguio City. It served as an evacuation center during the Japanese occupation of the Philippines during World War II.

The site where the cathedral currently stands was a hill referred to as "Kampo" by the Ibaloi people. In 1907, a Catholic mission was established by Belgian missionaries from the Congregatio Immaculati Cordis Mariae, who named the site Mount Mary.

Construction on the cathedral itself was begun in 1920, under the leadership of the then-parish priest, Fr. Florimono Carlu. The building was completed by 1936, and consecrated that year, dedicated to Our Lady of Atonement.

During World War II, the cathedral served as an evacuation center. It withstood the carpet-bombing of Baguio City in 1945. The remains of thousands of bombing victims during the war are interred within the grounds of the cathedral.

The cathedral has a distinct pink facade with a rose window and twin square bell towers with pyramidal roofs. Within its large courtyard is a view deck that overlooks Session Road and the downtown commercial district of Baguio City. The cathedral is accessible to pedestrians from Session Road through a 100-step stone staircase, or through the adjacent campus of Saint Louis University.

Renovations beginning in 2006 have included the industrial-type canopy surrounding the entirety of the fragile historic structure, the covered stairway from Session Road that now obstructs the view of the Church from Session Road, a new Plaza in front of the Church complete with parachute on special days to block souvenir photographs, new shrine for candle offerings, repaved paid-parking areas, and relocated main gate.

The Baguio Cathedral is also distinct for probably being the only Cathedral in the world that owns and operates its own shopping center, called Porta Vaga, partially built from donations from church-goers, coyed into thinking they were building a supporting wall for the hillside that collapsed during the earthquake of 16 July 1990.

We celebrate the Eucharistic mass here. Our last stop before going home... Thank you, Lord for the — Kram Revilo 施文國 @ Flickr

Kris Angela "Quia"
Today is Palm Sunday (March 24, 2013). The sold palms are somehow expensive as well as the sampaguitas. But palm sunday is just once a year, so dint be lazy to go to Church and spend a little. :)

Kenneth Reyes
Beautiful cathedral in the heart of Baguio city. Come for mass or come just to sit and contemplate life it's a pleasant place to be

profile Photo
Mass schedule is every hour. Beside it there's a scenic view of Baguio Mt. Cabuyao and Sto. Tomas. Better than sm terrace view

Jimmy Jimmie
... it ain't pink, more like yellow... the church that survived the Allied forces carpet-bombing of 1945. The church is located right at the center above Session Road through a 100-step stairs or...

Kitty MOonster
Love excuses everything. “No prophet is honored in his own country.Lk 4:21-30
Load more comments
foursquare.com
8.8/10
271,773 people have been here
I've been here
Add to wishlist

Our Lady of Atonement Cathedral on Foursquare

The Rice Terraces of the Philippine Cordilleras (Filipino: Mga

Mount Arayat is a potentially active stratovolcano on Luzon Island,

Mount Pinatubo is an active stratovolcano located on the island of

The Paskuhan Village, officially known as the Philippine Christmas 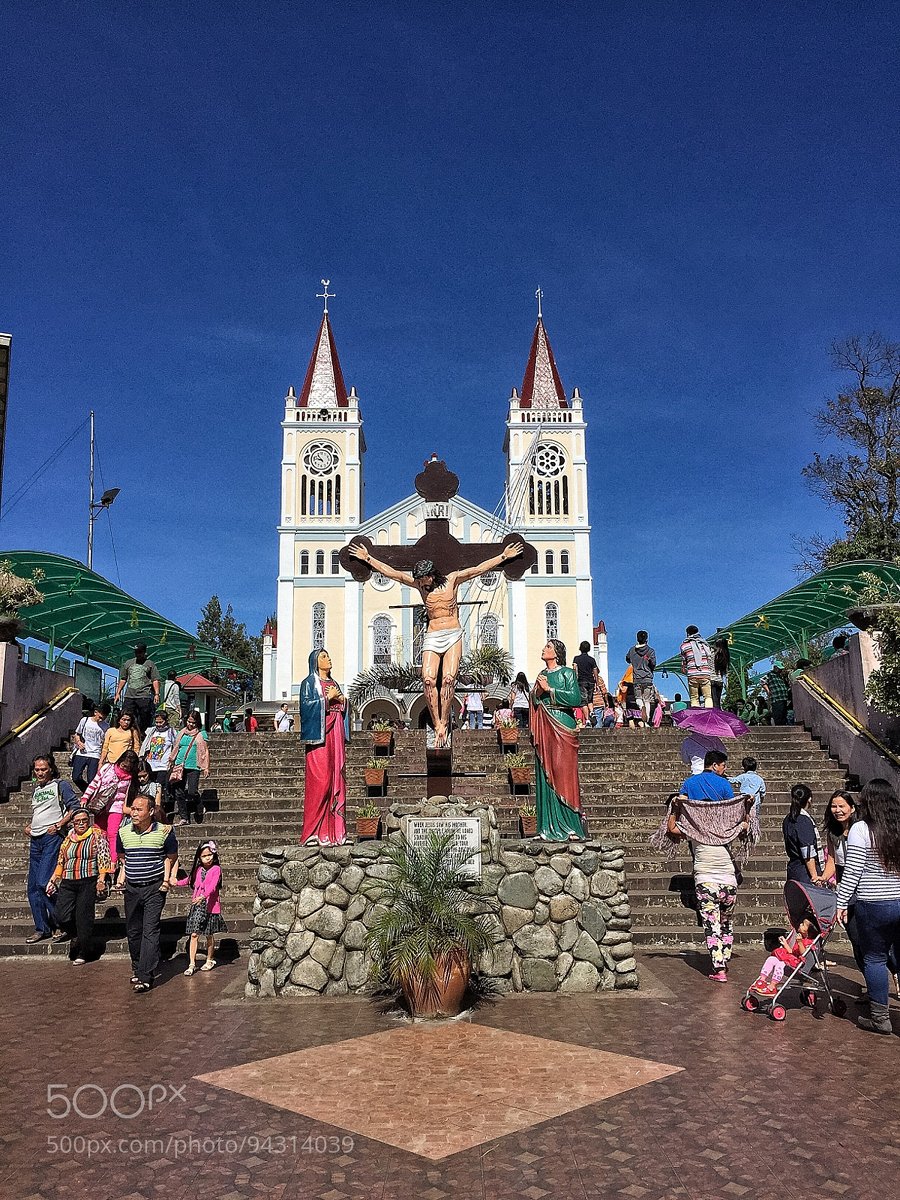 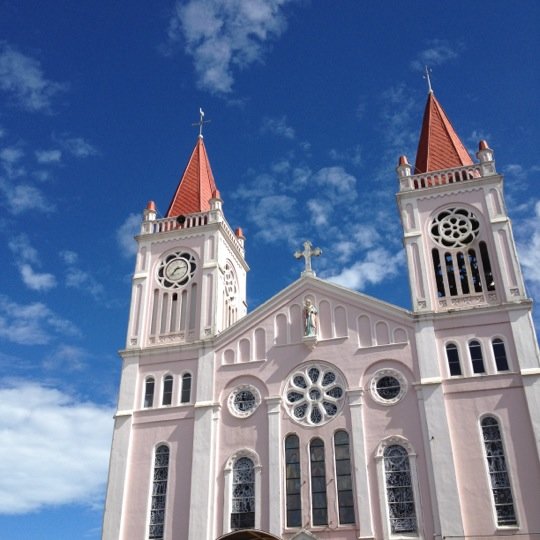 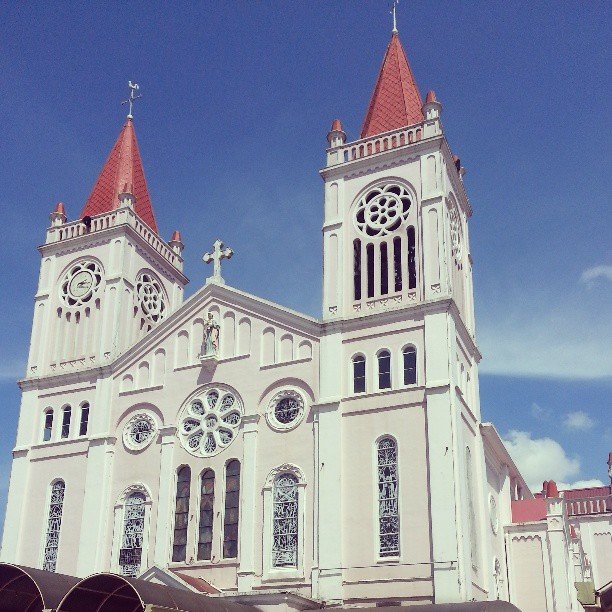 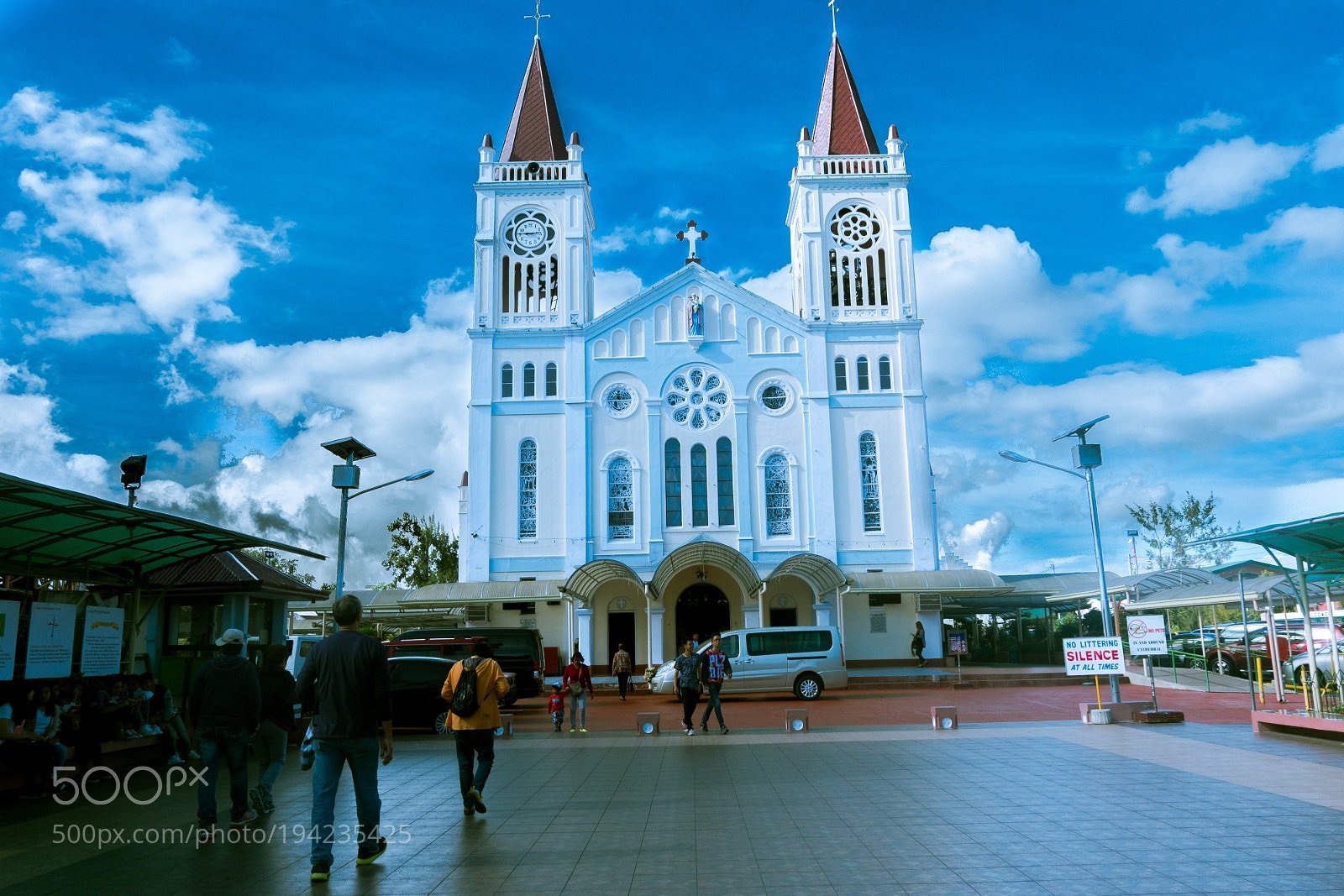 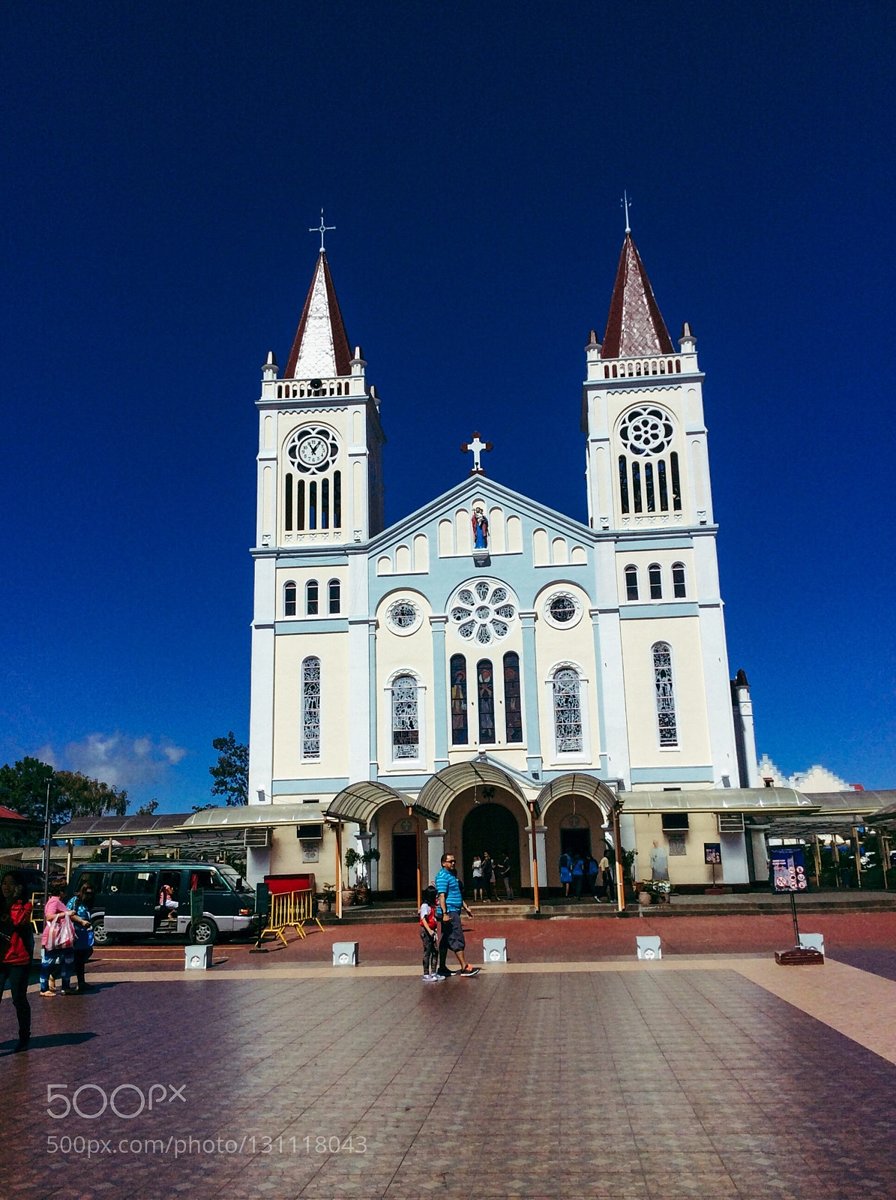 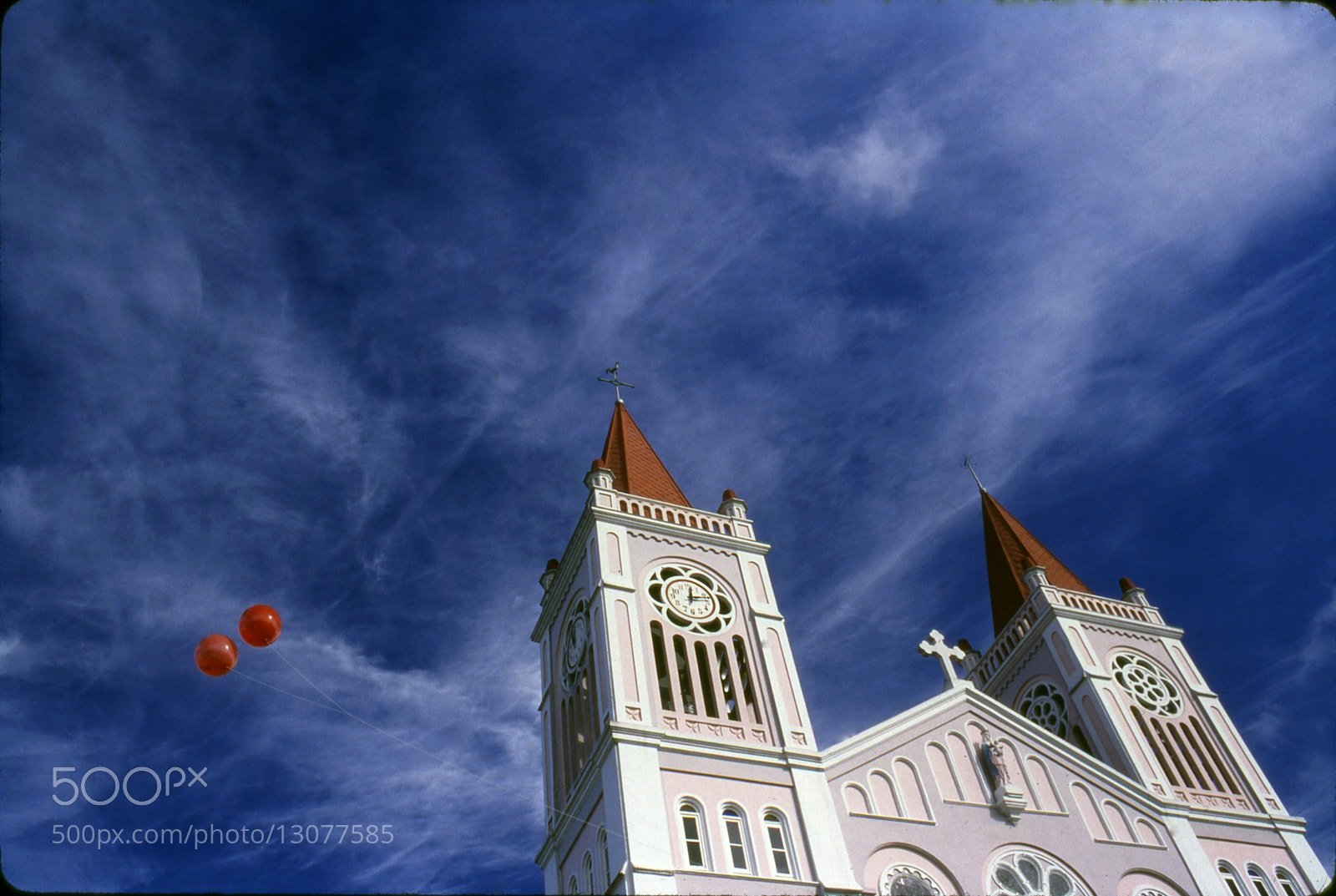 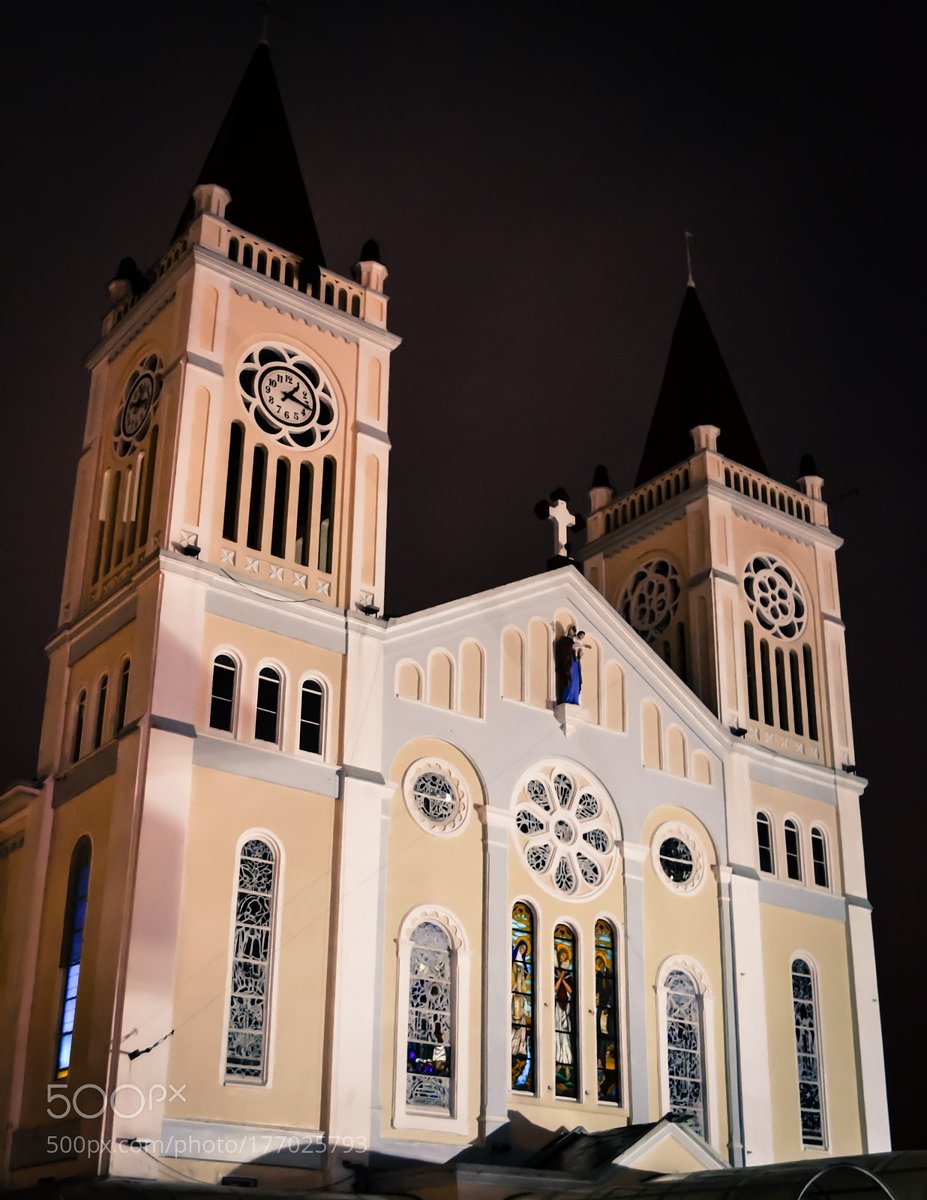 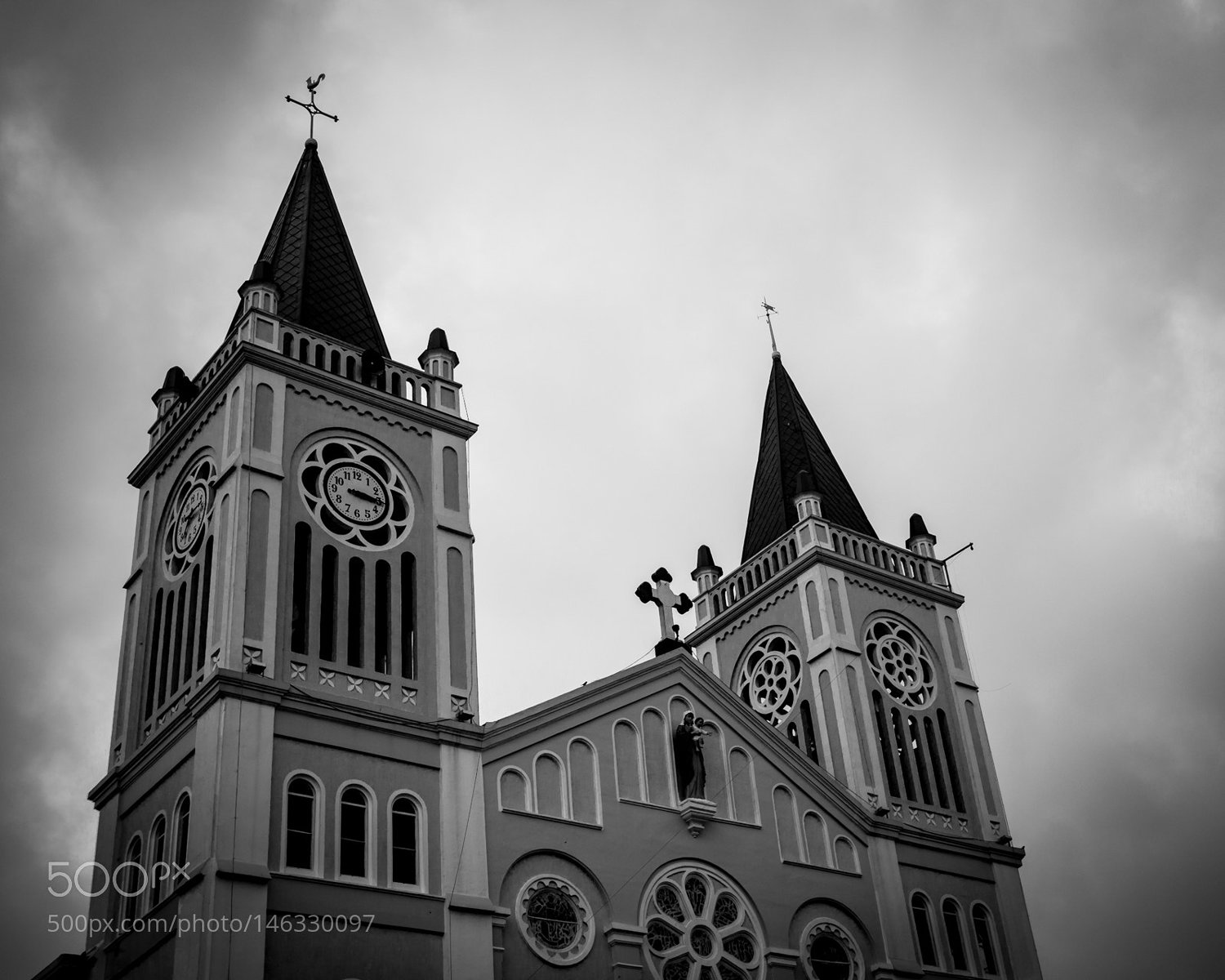 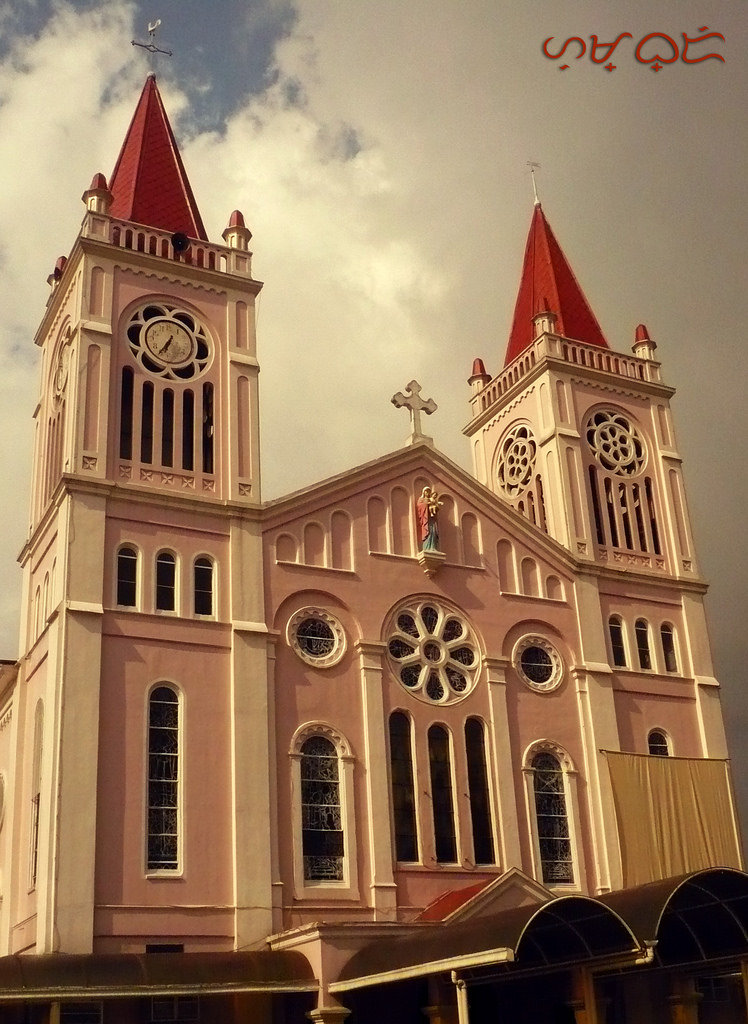 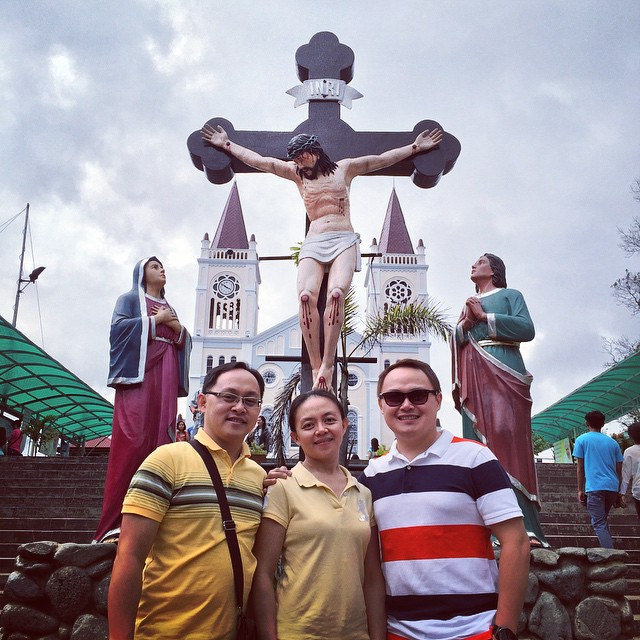 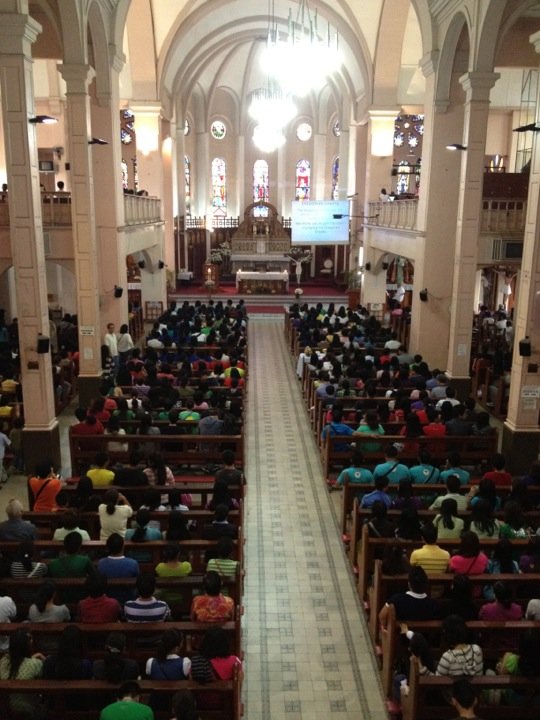 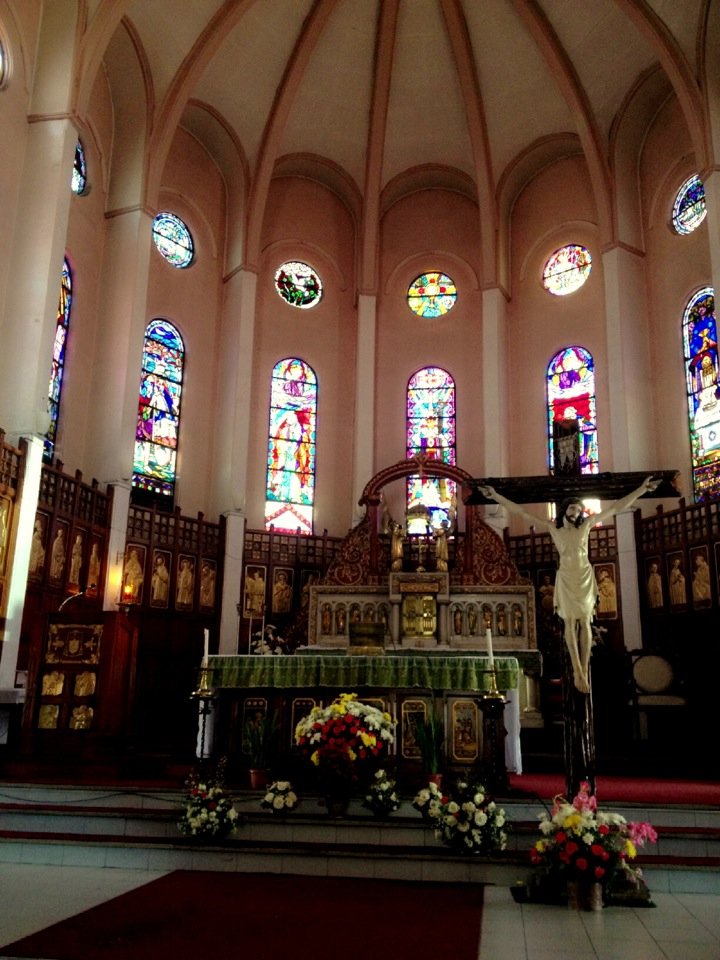