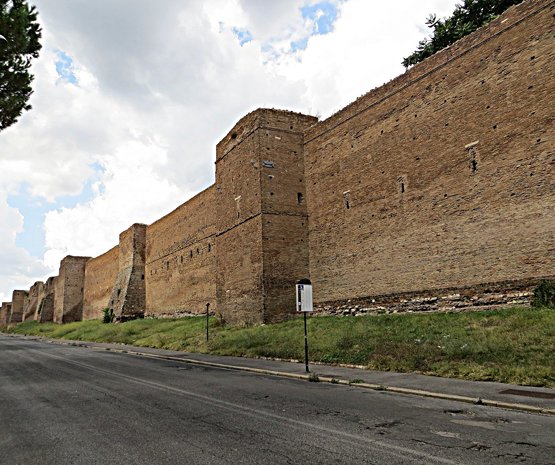 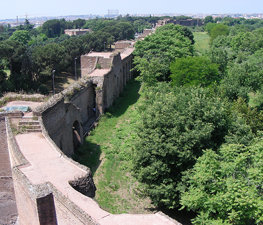 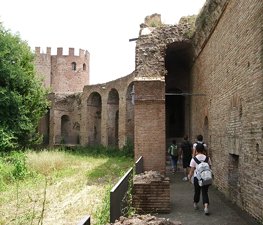 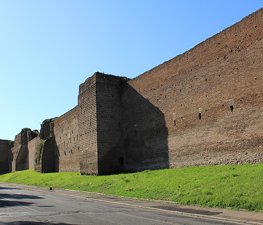 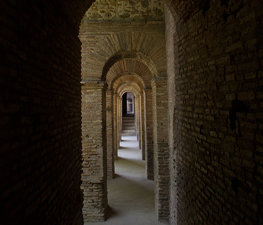 The Aurelian Walls (italiano. Mura aureliane) is a line of city walls built between 271 and 275 in Rome, Italy, during the reign of the Roman Emperors Aurelian and Probus. They enclosed all seven hills of Rome plus the Campus Martius and, on the right bank of the Tiber, the Trastevere district. The river banks within the city limits appear to have been left unfortified, though the riverside was certainly fortified along the Campus Martius.

By the third century AD, the boundaries of Rome had grown far beyond the area enclosed by the old Servian Wall, built during the Republican period in the late 4th century BC. Rome had remained effectively unfortified during the subsequent centuries of expansion and consolidation. The need for better defences became acute during the crisis of the Third Century, when barbarian tribes flooded through the Germanic frontier and the Roman Army struggled to stop them. In 270, the barbarian Juthungi and Vandals invaded northern Italy, inflicting a severe defeat on the Romans at Placentia (modern Piacenza) before eventually being driven back. Further trouble broke out in Rome itself in the summer of 271, when the mint workers rose in rebellion. Several thousand people died in the fierce fighting that resulted.

Aurelian's construction of the walls as an emergency measure was plainly a reaction to the barbarian invasion of 270; the historian Aurelius Victor states explicitly that the project aimed to alleviate the city's vulnerability. It may also have been intended to send a political signal as a statement that Aurelian trusted that the people of Rome would remain loyal, as well as serving as a public declaration of the emperor's firm hold on power. The construction of the walls was by far the largest building project that had taken place in Rome for many decades, and their construction was literally a concrete statement of the continued strength of Rome.

The walls were built in the remarkably short time of only five years, though Aurelian himself died before the completion of the project. Progress was accelerated, and money saved, by incorporating existing buildings into the structure. These included the Amphitheatrum Castrense, the Castra Praetoria, the Pyramid of Cestius, and even a section of the Aqua Claudia aqueduct near the Porta Maggiore. As much as a sixth of the walls is estimated to have been composed of pre-existing structures. An area behind the walls was cleared and sentry passages were built to enable it to be reinforced quickly in an emergency.

The actual effectiveness of the wall is disputable, given the relatively small size of the city's garrison. The entire combined strength of the Praetorian Guard, cohortes urbanae and vigiles of Rome was only about 25,000 men - far too few to defend the circuit adequately. However, the military intention of the wall was not to withstand prolonged siege warfare; the barbarian armies did not generally attempt to besiege cities, as they were insufficiently equipped and provisioned for such a task. Instead, they carried out hit-and-run raids against ill-defended targets. The wall was a deterrent against such tactics.

In 401, under Honorius, the walls and the gates were improved. At this time, the Tomb of Hadrian across the Tiber was incorporated as a fortress in the city defenses. Totila, king of the Ostrogoths, decided to destroy the walls in 545, to remove from the Byzantines the possibility of defending Rome in the ongoing Gothic War. According to Procopius, one-third of the walls were razed.

The Aurelian Walls continued as a significant military defense for the city of Rome until September 20, 1870, when the Bersaglieri of the Kingdom of Italy breached the wall near the Porta Pia and captured Rome. The walls also defined the boundary of the city of Rome up until the 19th century, with the built-up area being confined within the walled area.

The Aurelian Walls remain remarkably well-preserved today, due largely to their constant use as Rome's primary fortification until the 19th century. The Museo delle Mura near the Porta San Sebastiano offers information on the walls' construction and how the defenses operated. The best-preserved sections of the walls are to be found from the Muro Torto (Villa Borghese) to Cordo d'Italia to Castro Pretorio; from Porta San Giovanni to Porta Ardeatina; from Porta Ostiense to the Tiber; and around Porta San Pancrazio.

Шаблон:Commonscat List of gates (porte), from the northernmost and clockwise:

Gates in Trastevere (from the southernmost and clockwise):

Porta San Sebastiano is the modern name for the ancient Porta Appia, a

Add to wishlist
I've been here
Visited
Tomb of the Scipios

Add to wishlist
I've been here
Visited
Baths of Caracalla

The Caelian Hill (Latin Mons Caelius, Italian Celio) is one of the

York has, since Roman times, been defended by walls of one form or

Add to wishlist
I've been here
Visited
Walls of Constantinople 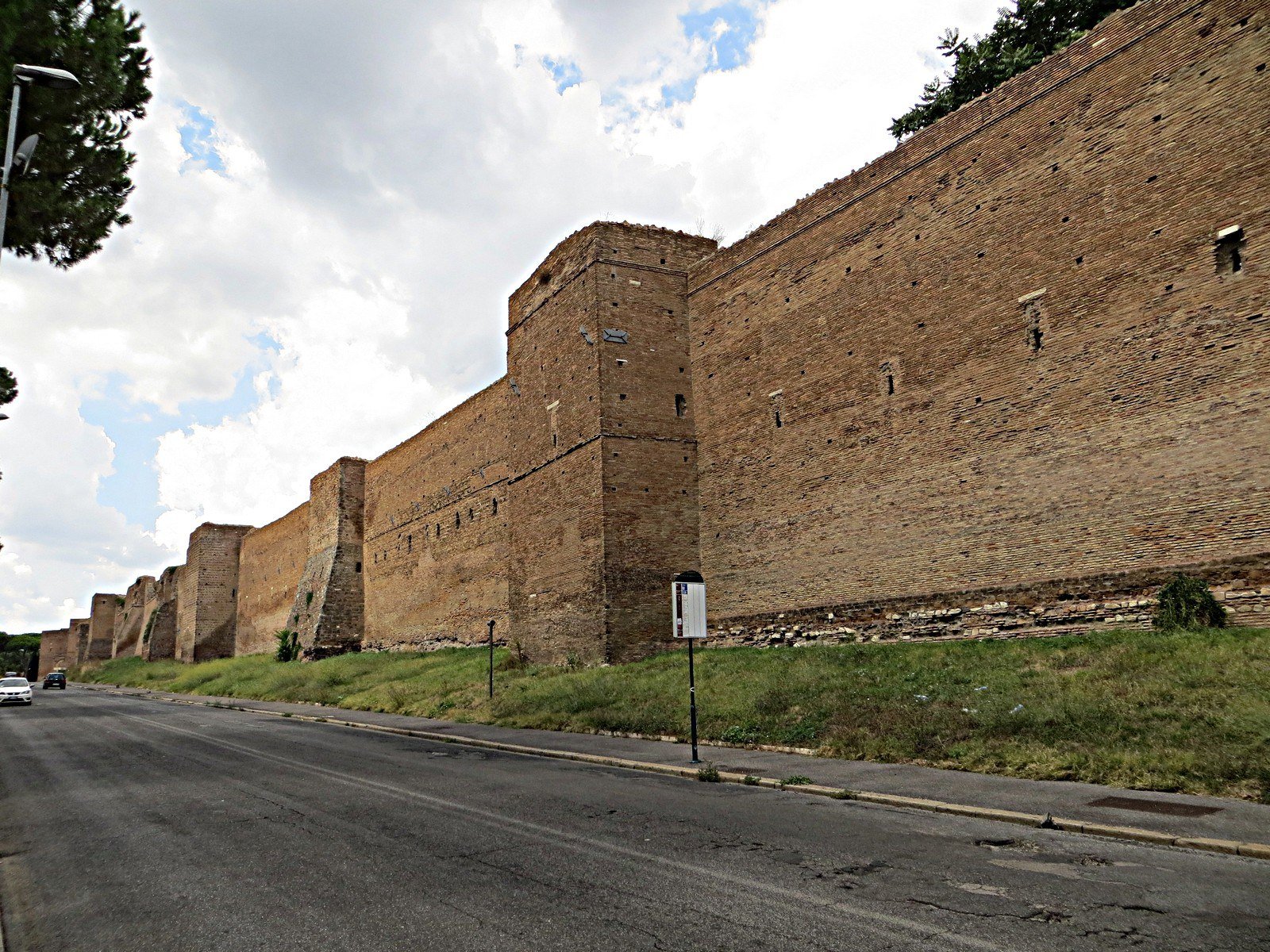 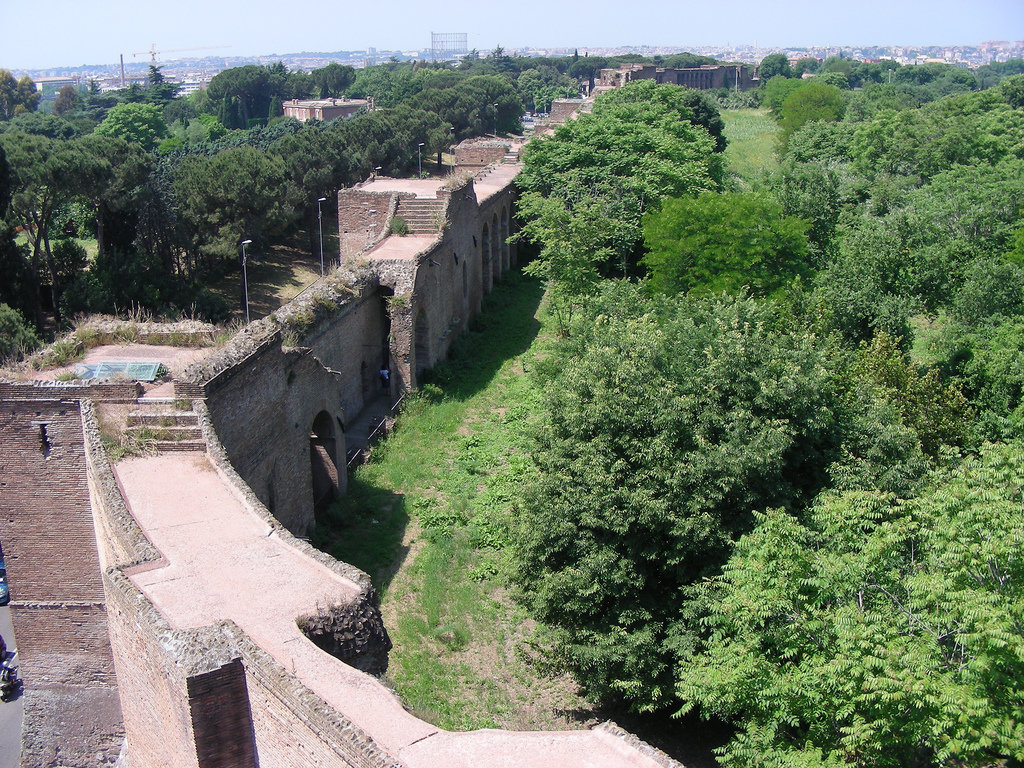 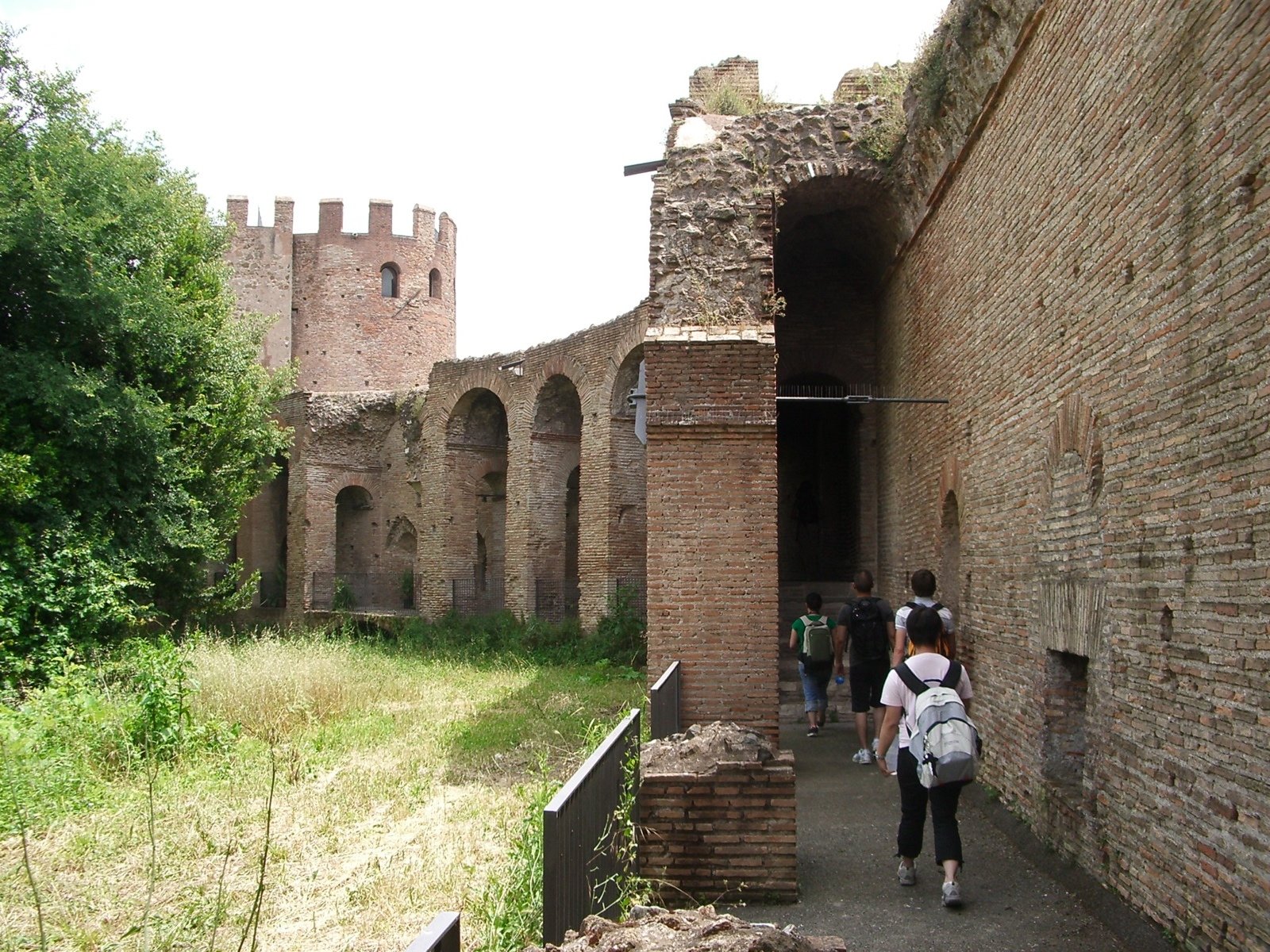 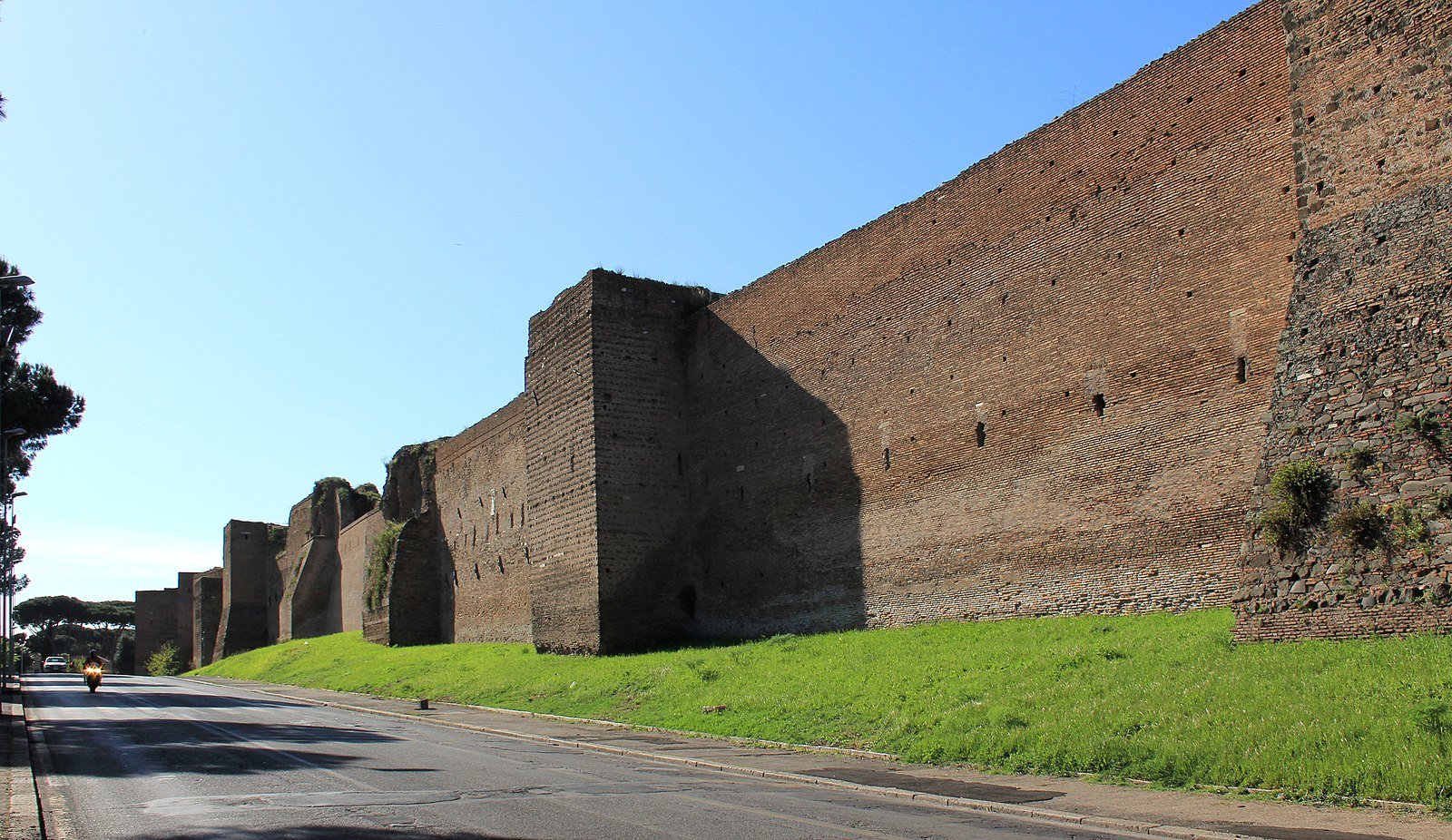 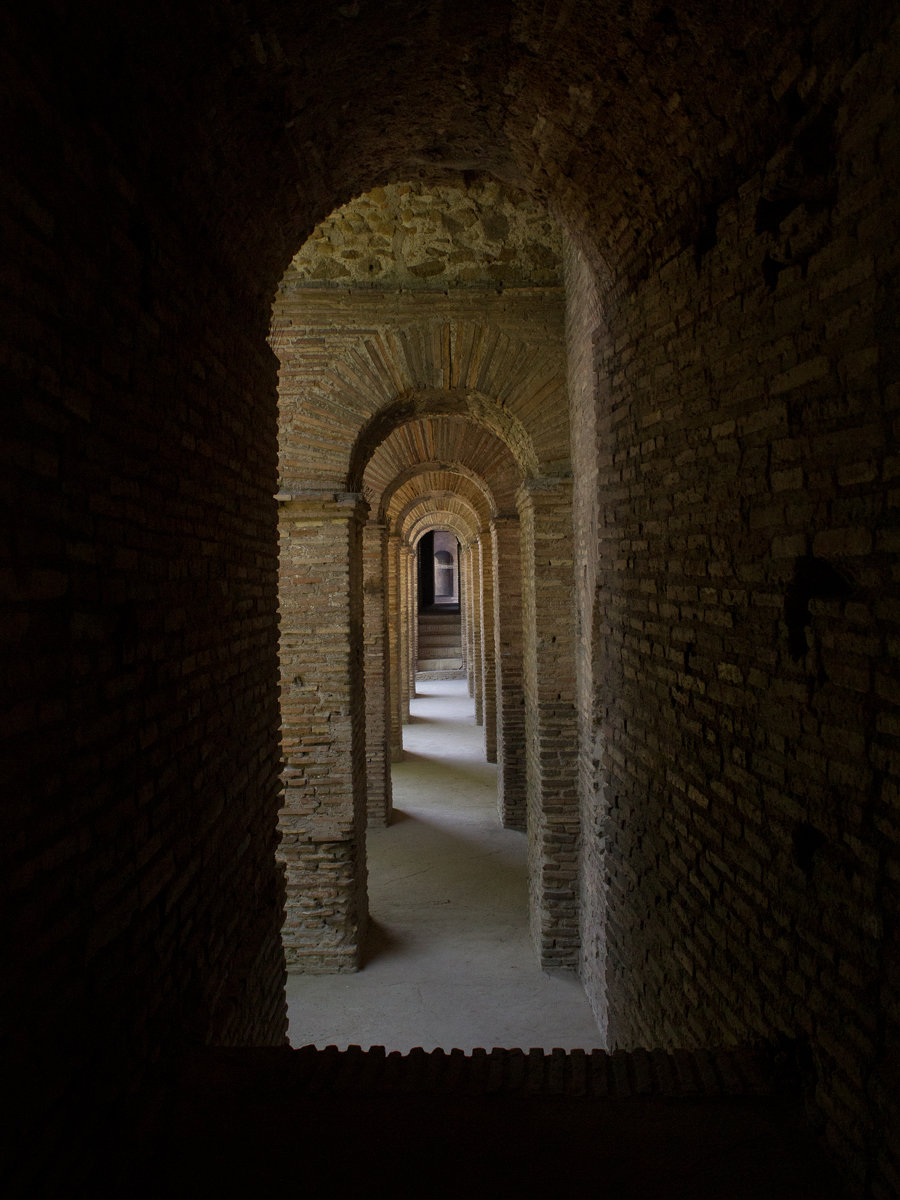 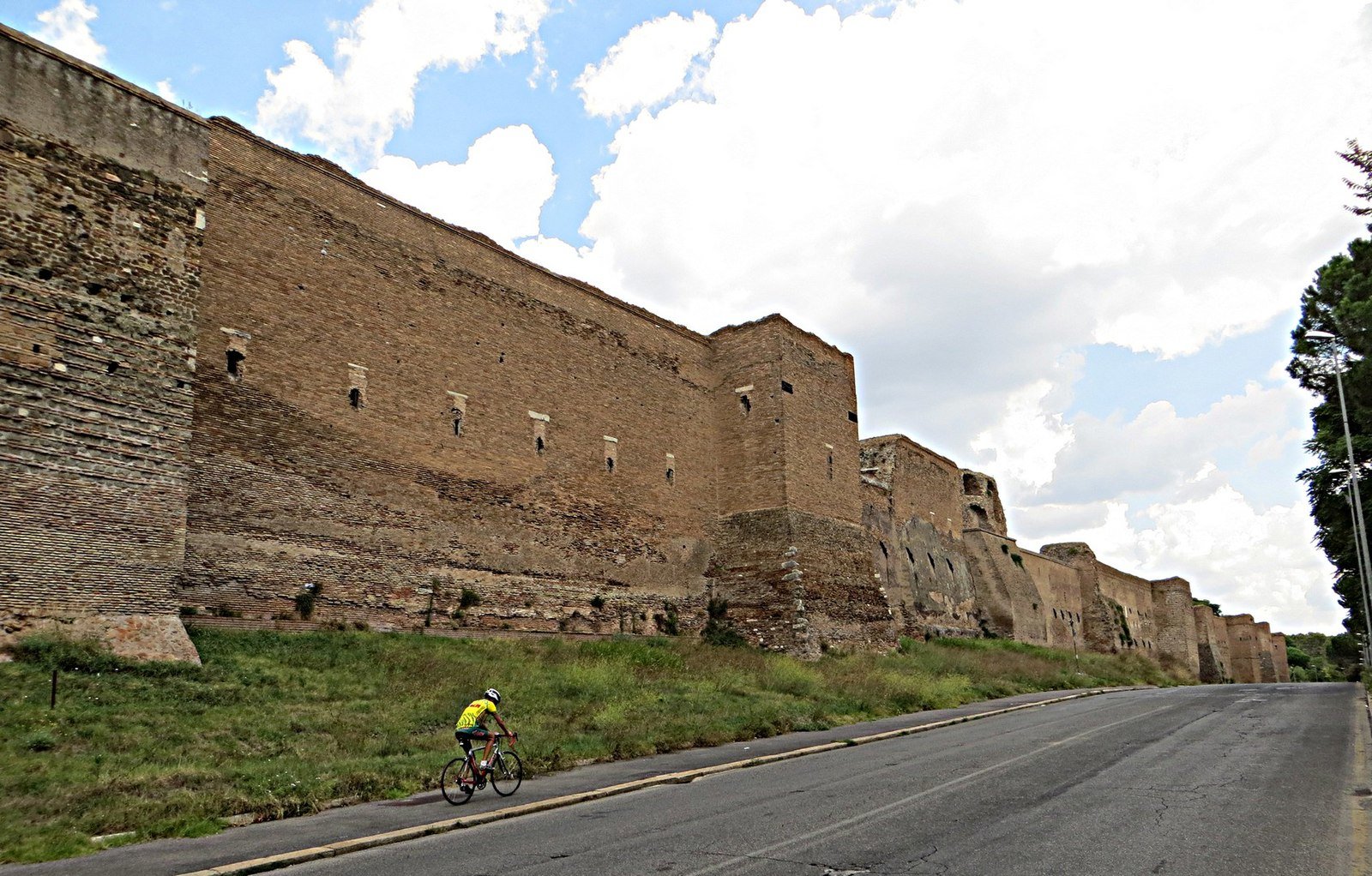 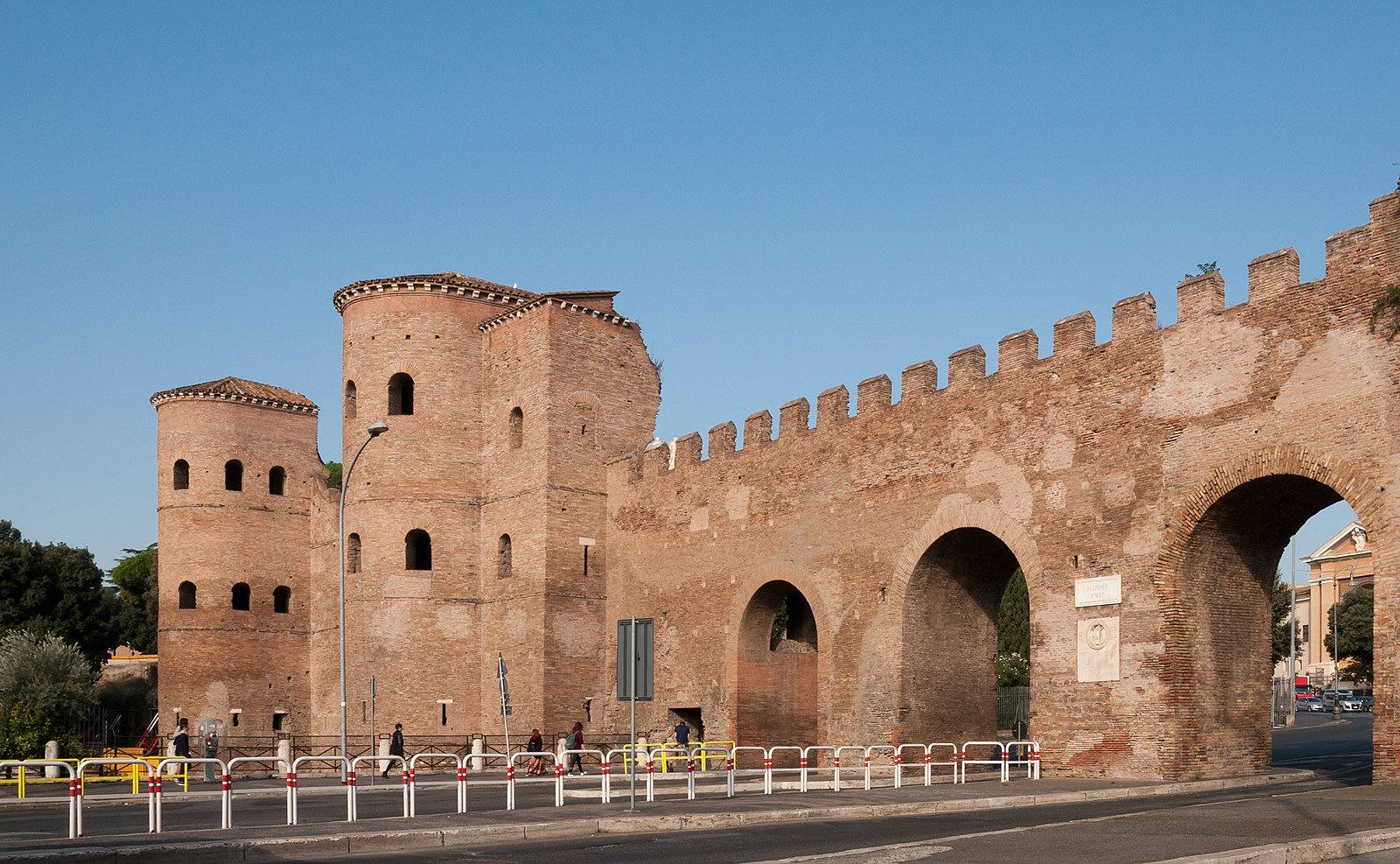 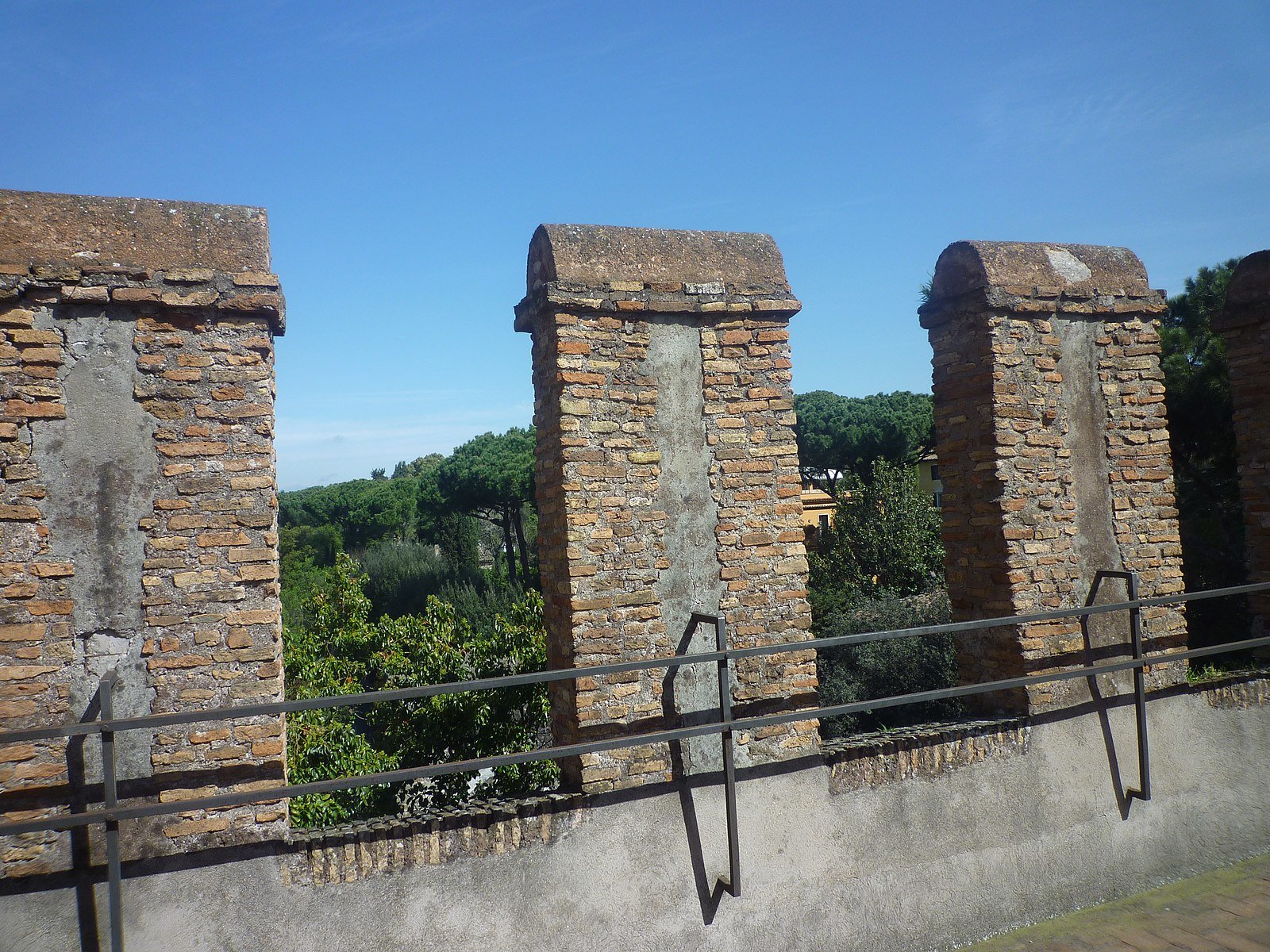 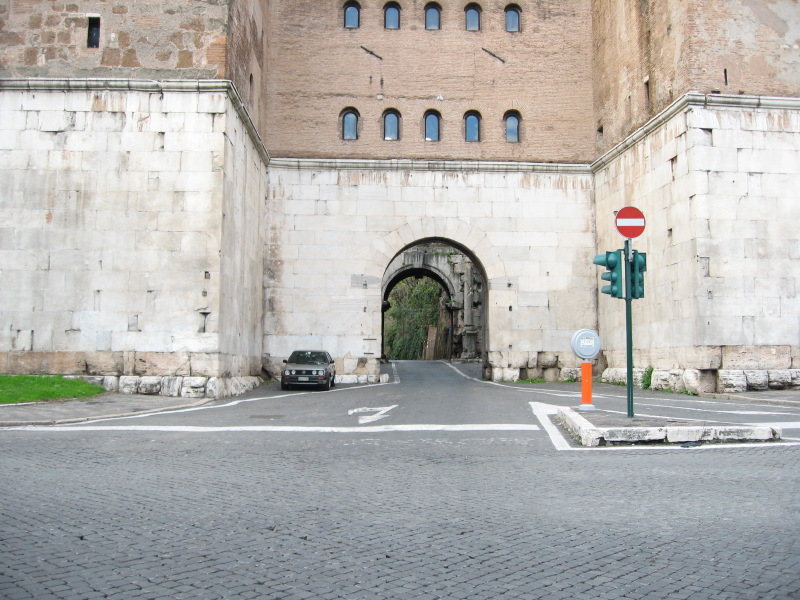 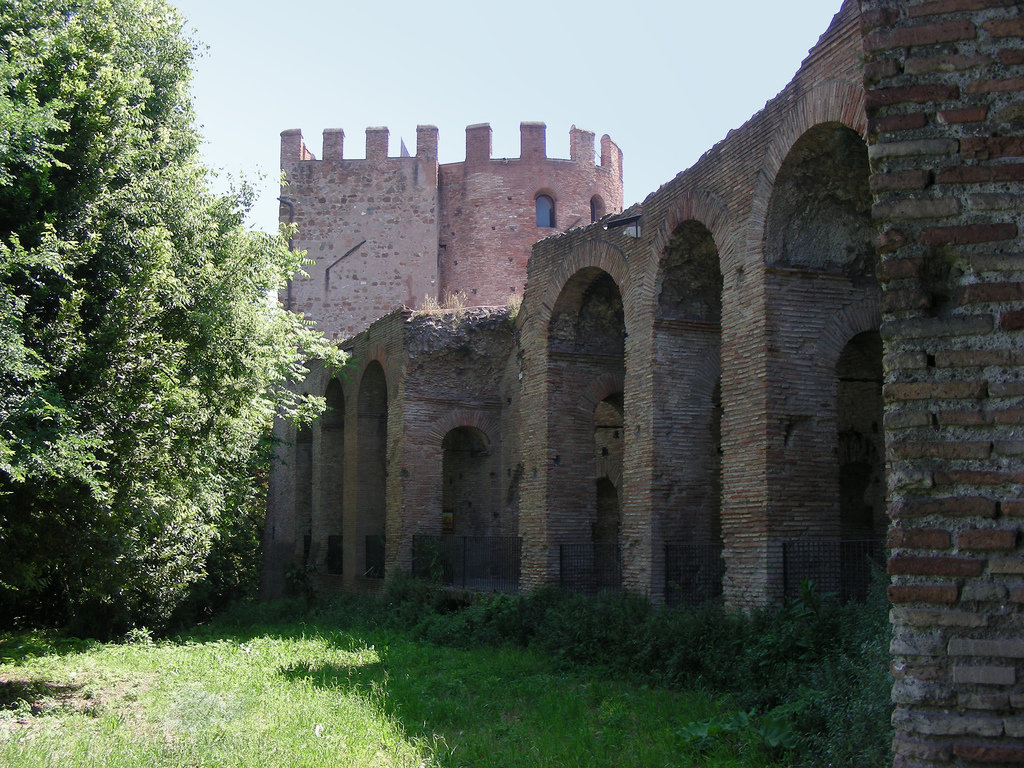 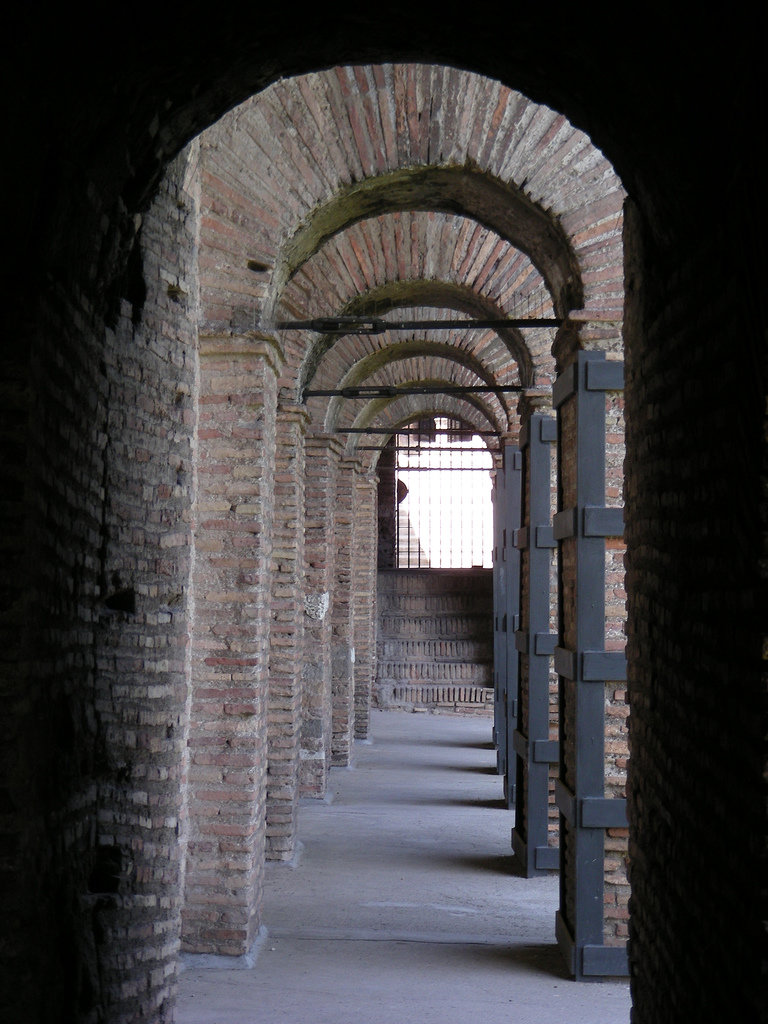 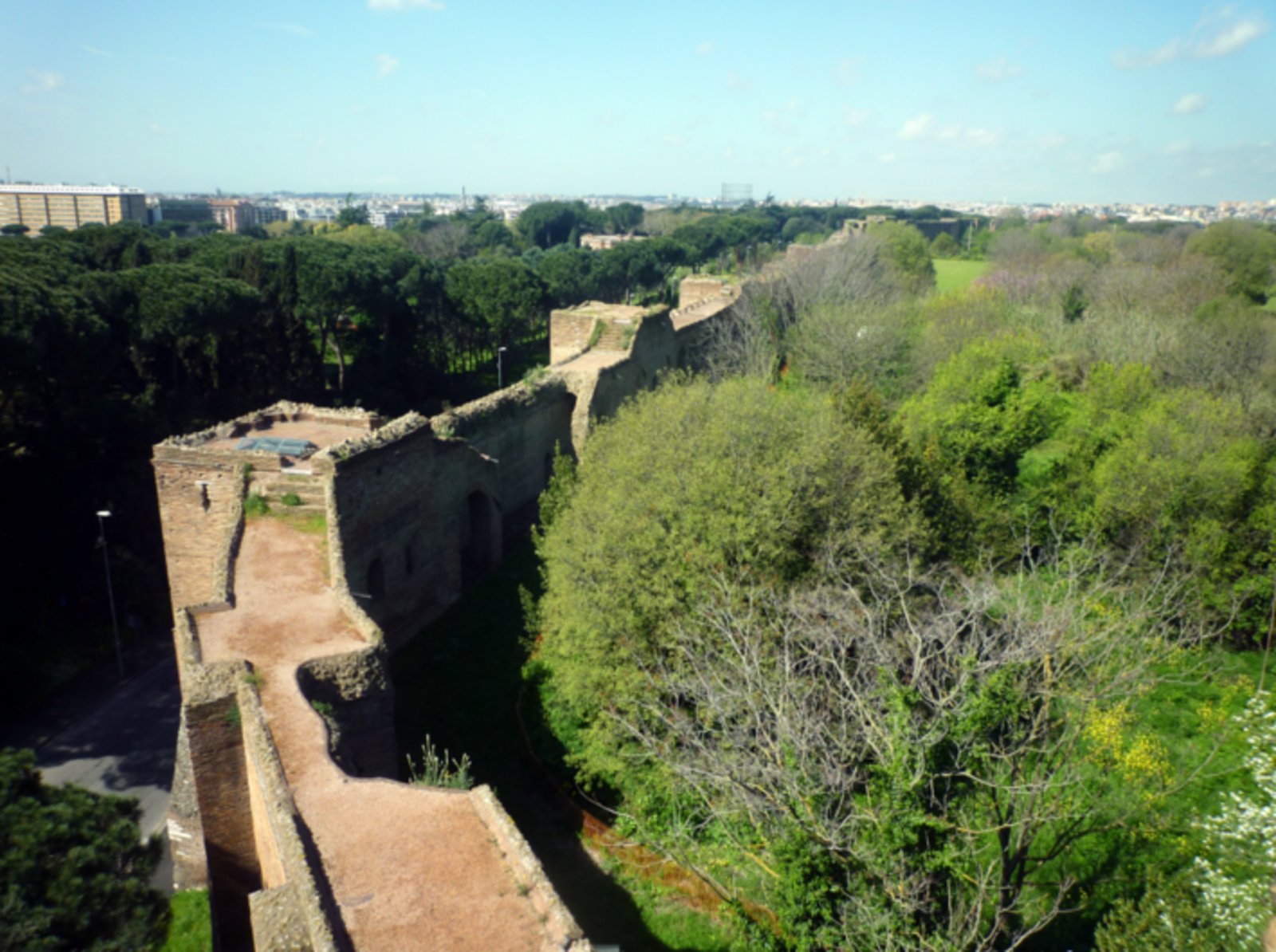 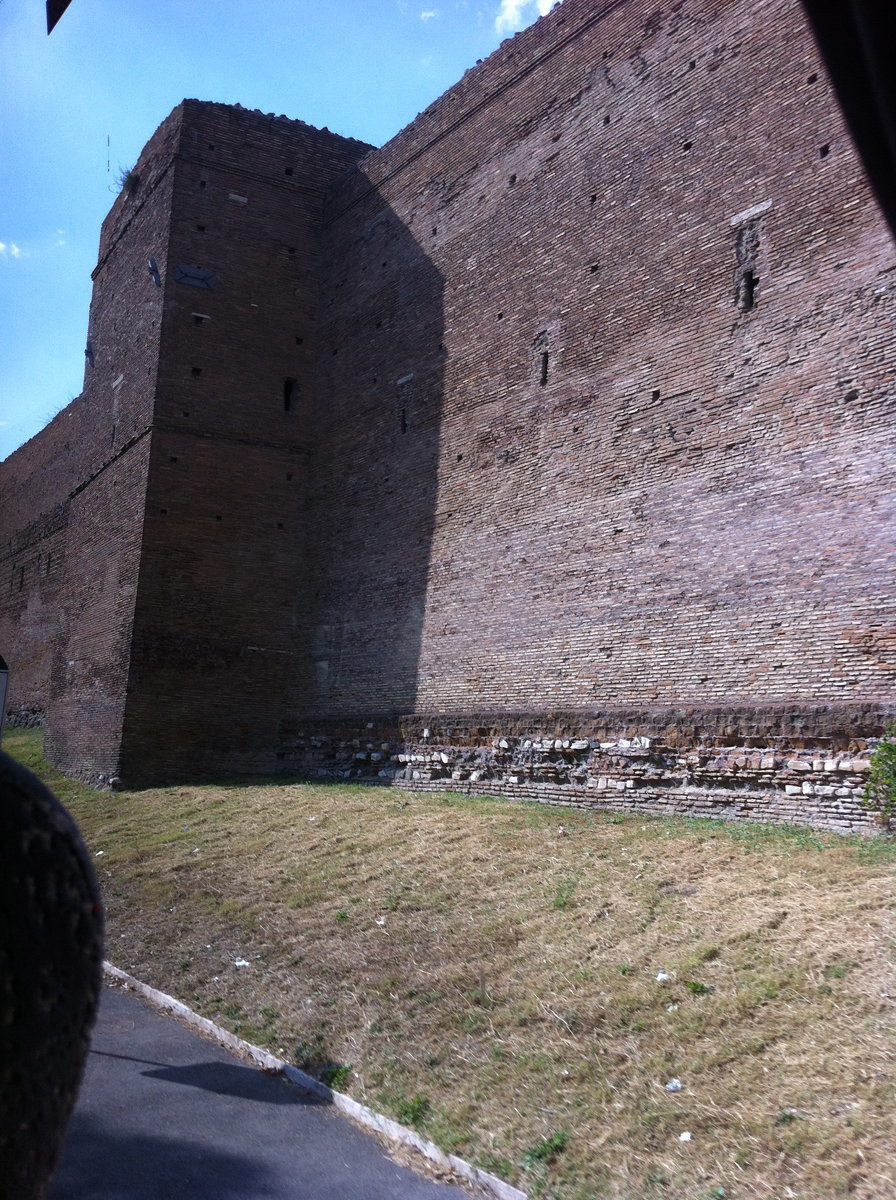 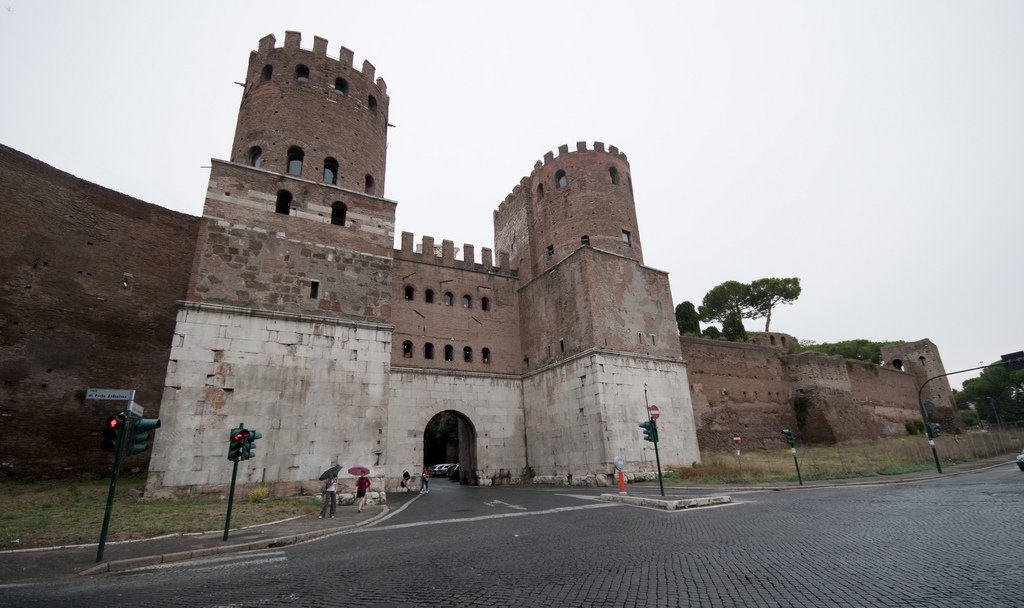 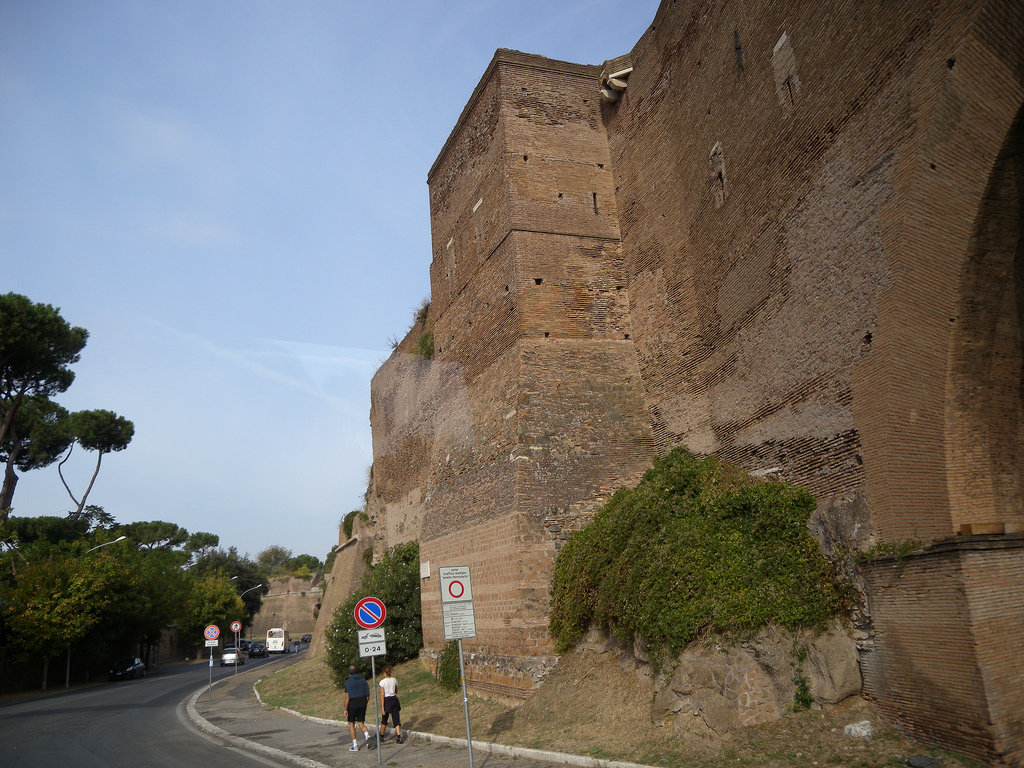 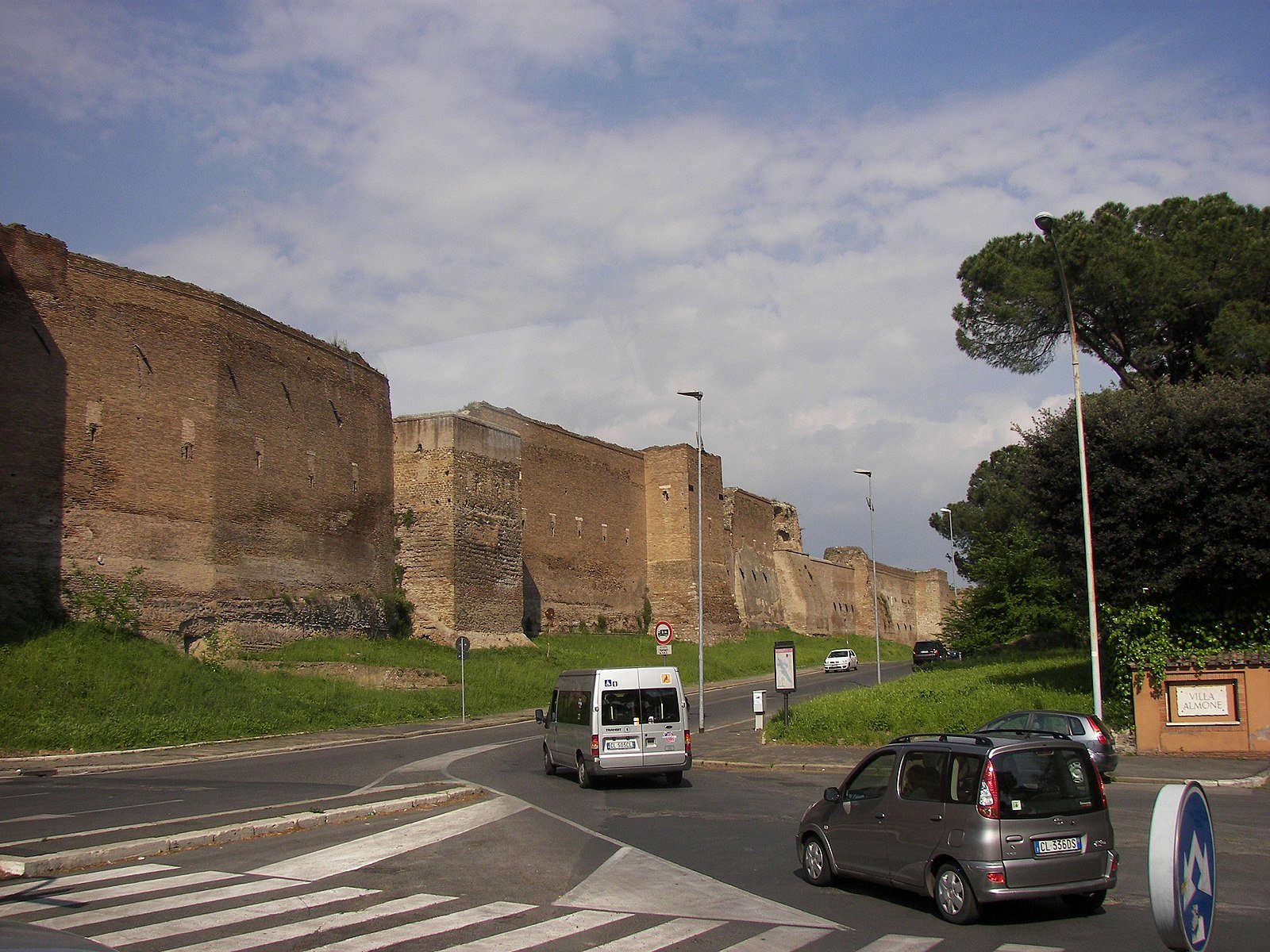 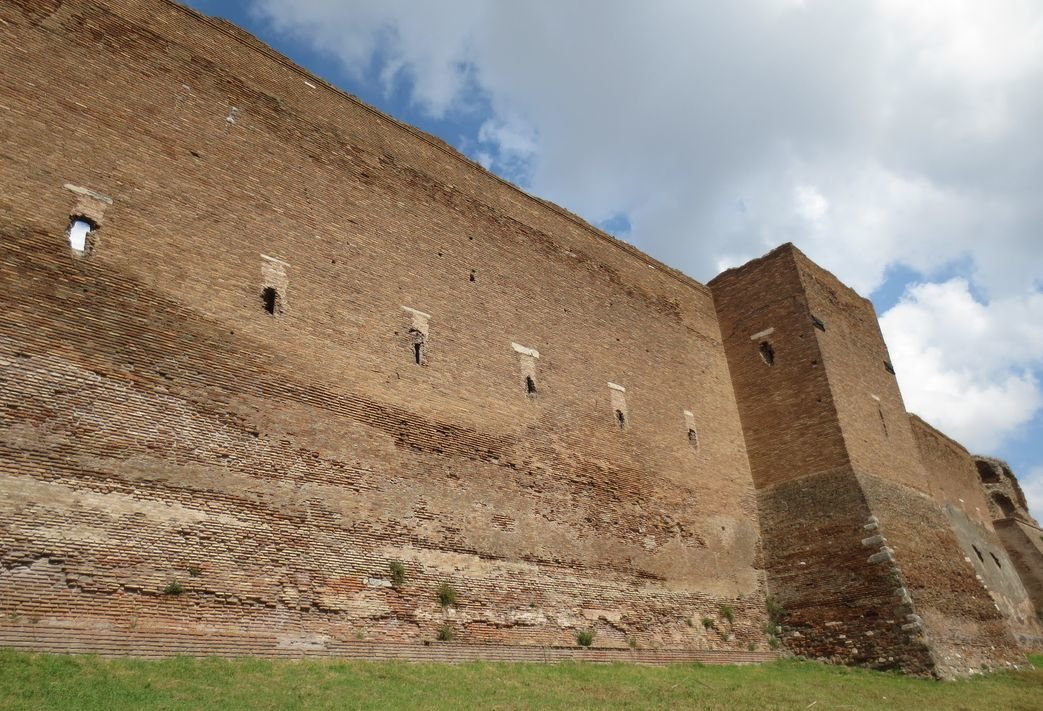 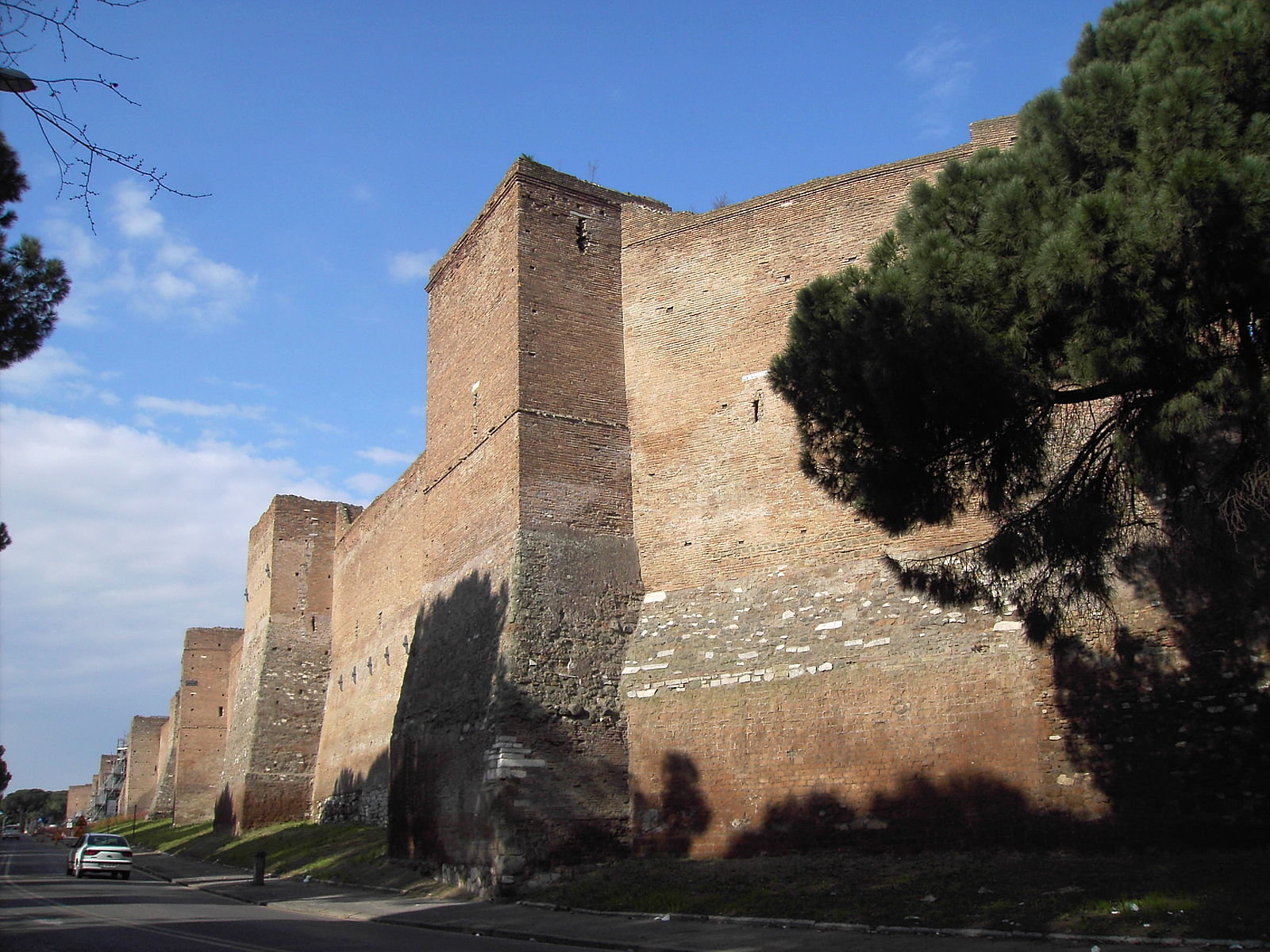 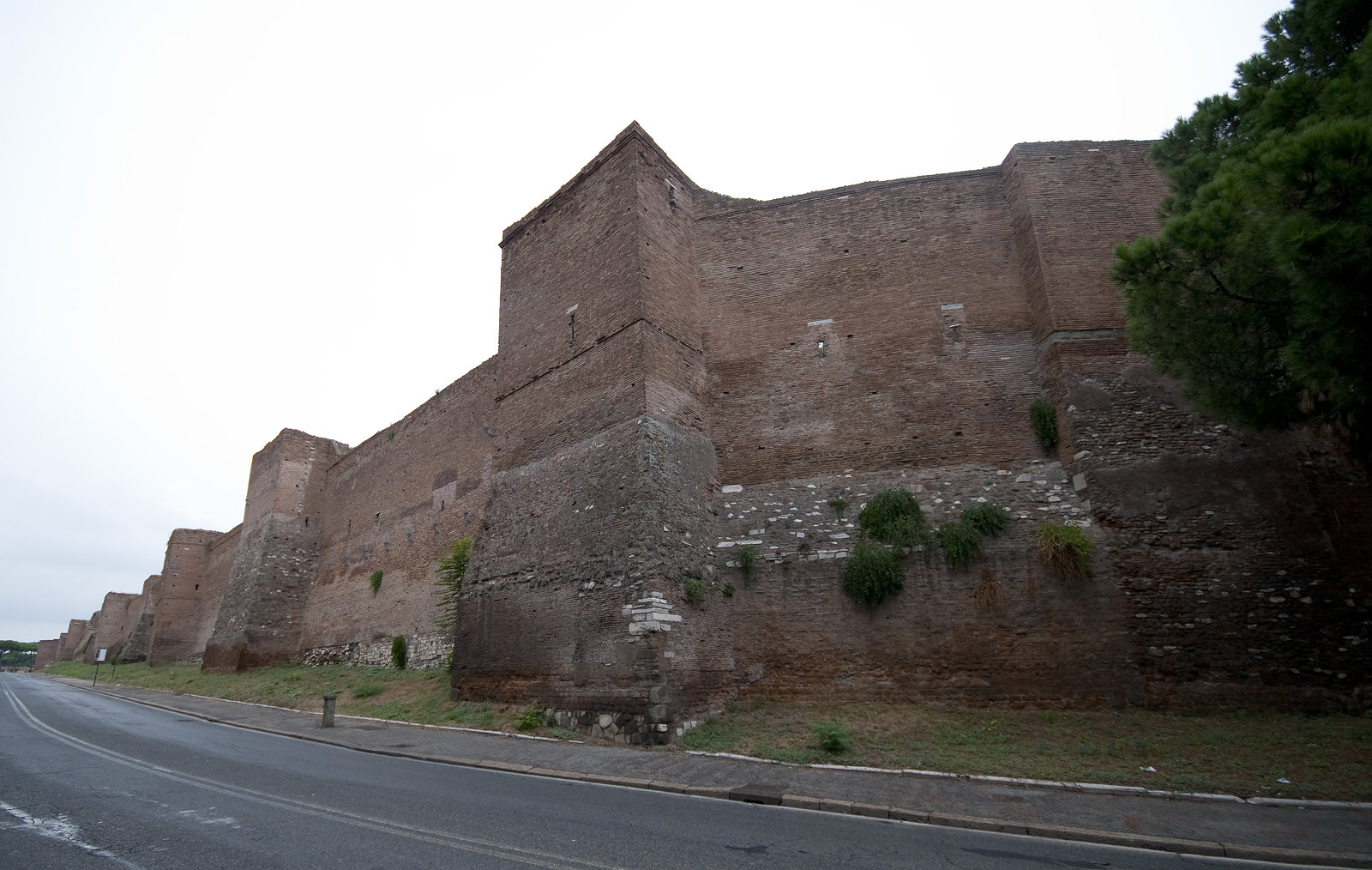 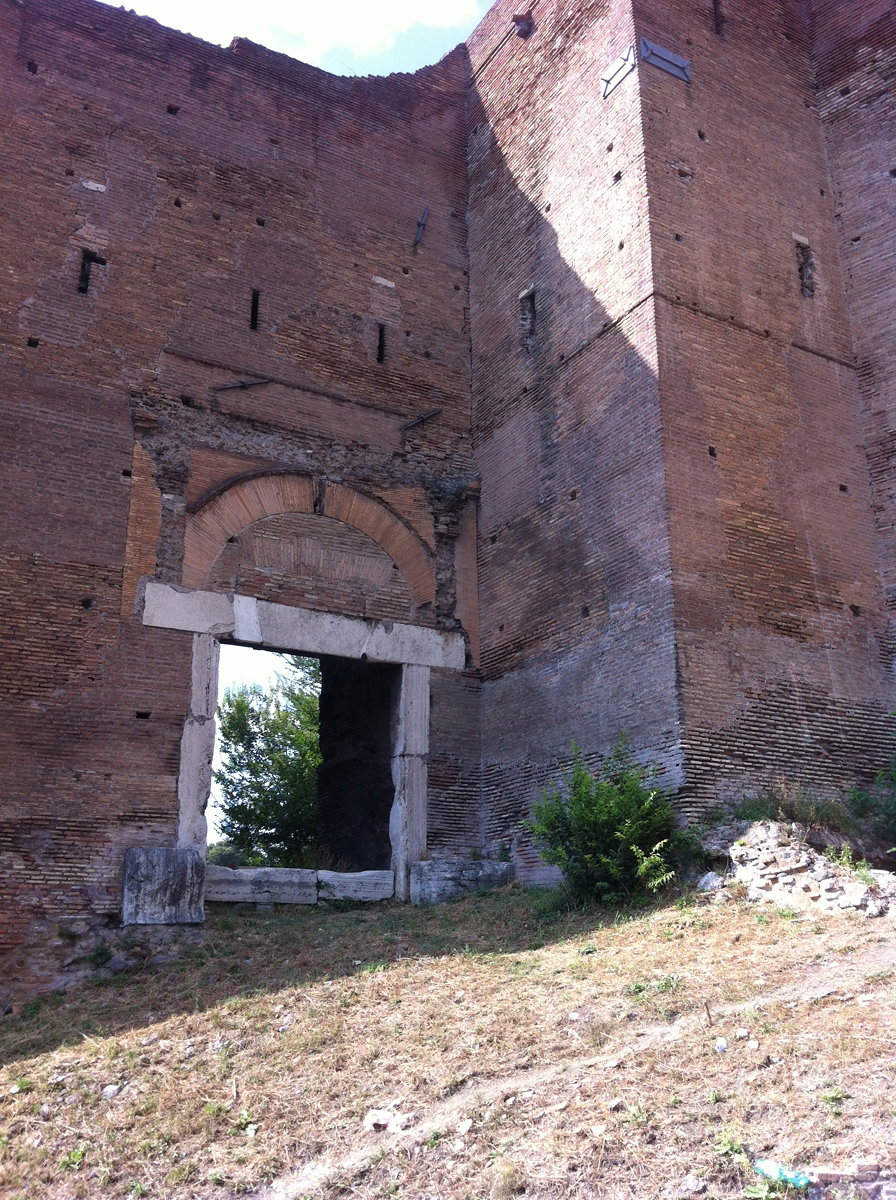 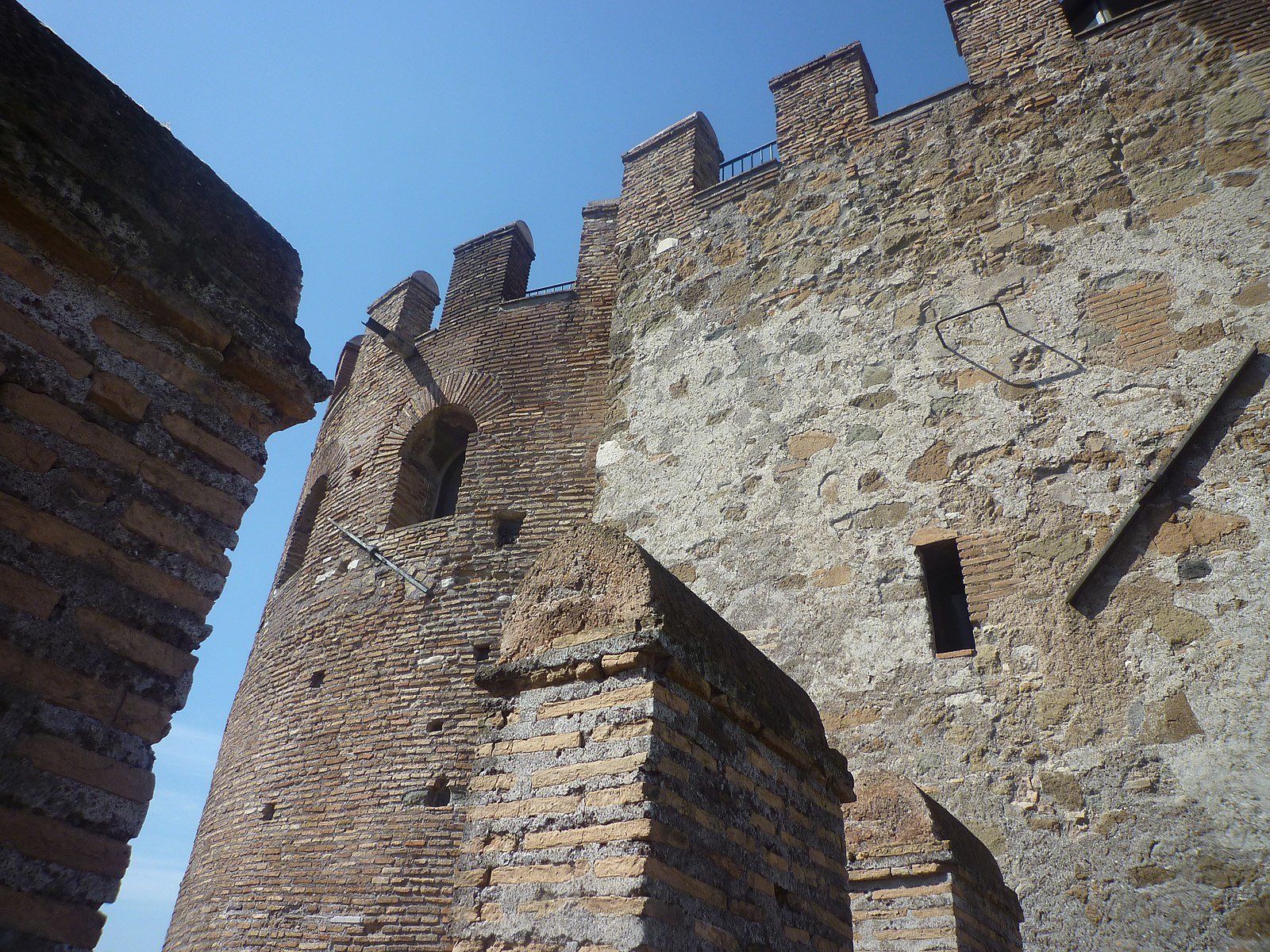