×
What are you looking for?
See all results
Ruins in Fürstenlager 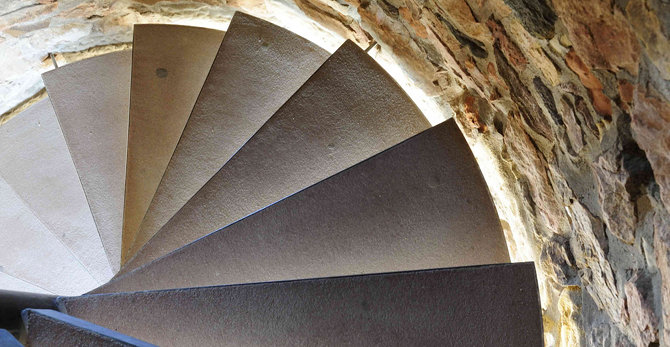 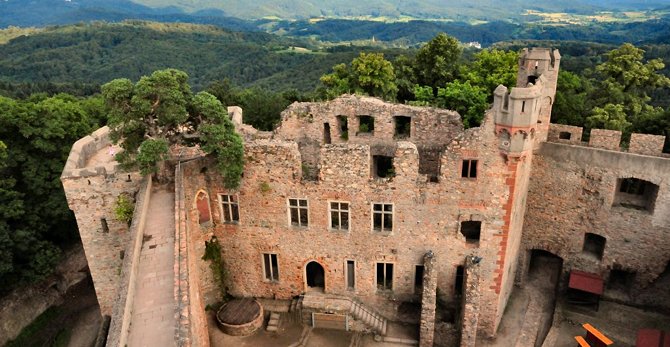 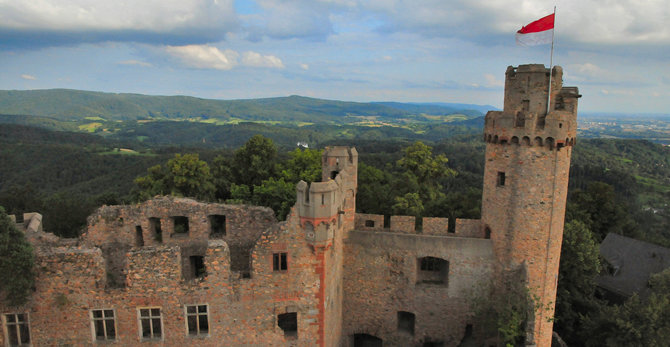 Auerbach Castle is one of several dramatic castles along the Bergstrasse in southern Hesse, Germany. It was built by Count Diether IV of the Katzenelnbogen dynasty in the second quarter of the 13th century and sits on a hill known as Urberg, below Melibokus mountain and above the town of Bensheim-Auerbach.

Around 784, Auerbach was mentioned for the first time in the Lorsch codex "Laureshamensis" as "Urbach". The following centuries lie in the mists of history.

The plan for the establishment of an impregnable fortress - a stronghold - for the possessions of the Katzenelnbogen dynasty in the south of the Main and to secure the duty on the important north-south connection along the street "Bergstraße" through the town of Zwingenberg was matured for a long time. The appropriate location was the head of the mountain "small Melibokus" (the mountain Auerberg (Urberg)) located above the town of Auerbach (Urbach). Thus in the following years the most important fortress in the Upper Katzenelenbogen County was established.

Because of succession in 1479 the County Katzenelnbogen including Auerbach Castle became possession of the Landgraviate of Hesse.

In the 16th century the castle lost more and more strategic importance. During the Thirty Years' War the castle was no longer in military use.

In 1674 during the Franco-Dutch War (1672–1679) the castle was conquered by an army under French Marshal Turenne. The army committed a massacre under the people who had sought protection in the castle and set the castle on fire.

The abandoned castle became a ruin during the following time.

In 1820 the north tower of the core-castle broke down. Then the ruins were partially rebuilt and secured.

In 1888 in the front yard an inn was built, which was open all year round.

In 1989 a new building - a viewing restaurant - was started. It opened in 1990 and the attractiveness of the castle ruins further increased.

In 2007, the stairway in the south tower was renewed and was made available to the public again.

In 1258 a vineyard called the Grafenweinberg was recorded here, in 1318 one called the Reubere. There is excellent viticulture up to today.

The triangular shape of the core-castle is clearly recognizable in the today's ruin. Between the wall from the north- to south-tower and the inner courtyard the kitchen building, the habitations, the stables and the smithy are placed. Inside the wall between the north- and the former east-tower (shield wall) the former entrance to the core-castle was placed - protected by a donjon. Between the wall from the east- to the south-tower and the inner courtyard the representative hall, with a basement and three storeys and the former castle chapel are placed. The core-castle is surrounded by a ring wall which encloses the bailey. A further forecourt is enclosed by another ring wall. At the south-side of that ring wall the entrance to the estate is placed.

On 18 October 1356 a huge earthquake shook the Rhine rift. The donjon collapsed, and crashed onto the eastern and southeastern buildings.

In the years thereafter, about 1370, began massive rebuilding and expansion activities in the Auerbacher castle. The donjon was demolished, the entrance to the core-castle relocated and the northern shield wall was closed and raised. The entrance to the castle is now its south corner protected by the south-tower and an inner bailey.

In place of the east-tower a bastion, an approximately four meters thick quarter-circle shaped wall construction, was built. The bastion, the first facility of its kind in Germany, was to protect the castle from stone cannons from the northeast. Probably the north- and south-tower were also raised.

Hence the "Feste Urberg" (Fortification Urberg) was extended to one of the most modern castles of their time by the earls of Katzenelnbogen.

In the eastern corner of the inner courtyard of the castle the former well is recognizable, which was hewn 62 meters deep in the rock.

Dinner theater and Knight's Tournaments with medieval galmes are presented nowadays. Sightseeing at the castle is free. Since the spring of 2007 also the south tower is accessible to the public again after extensive restoration.

The Waldspirale is the name of a residential building complex in

The Worms Synagogue, also known as Rashi's Chapel, is an 11th century

The Messel Pit (German: Grube Messel) is a disused quarry near the 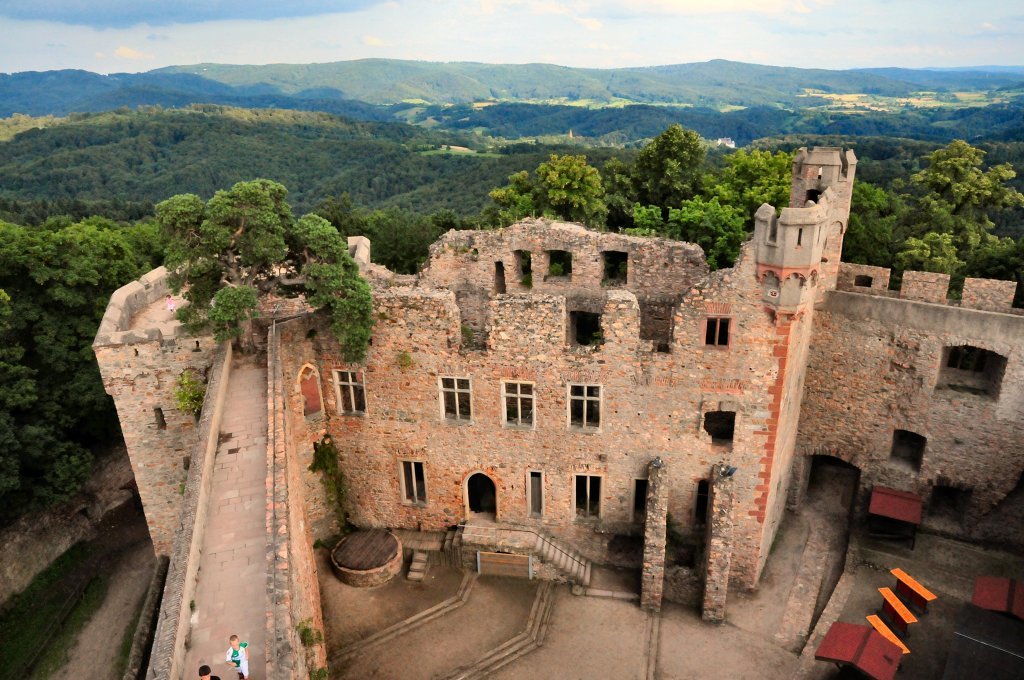 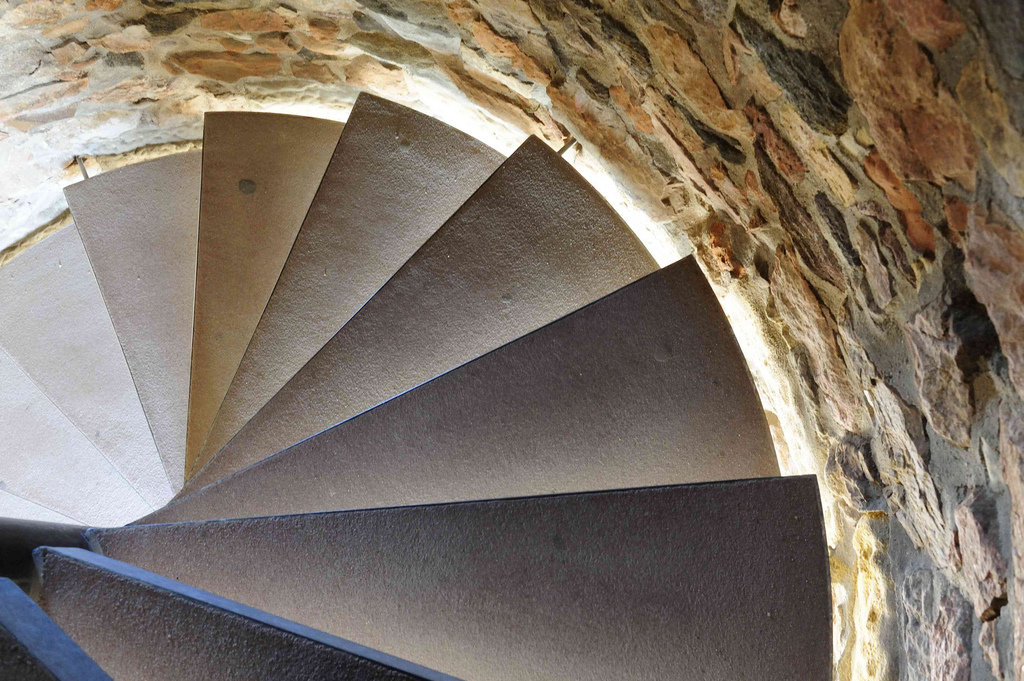 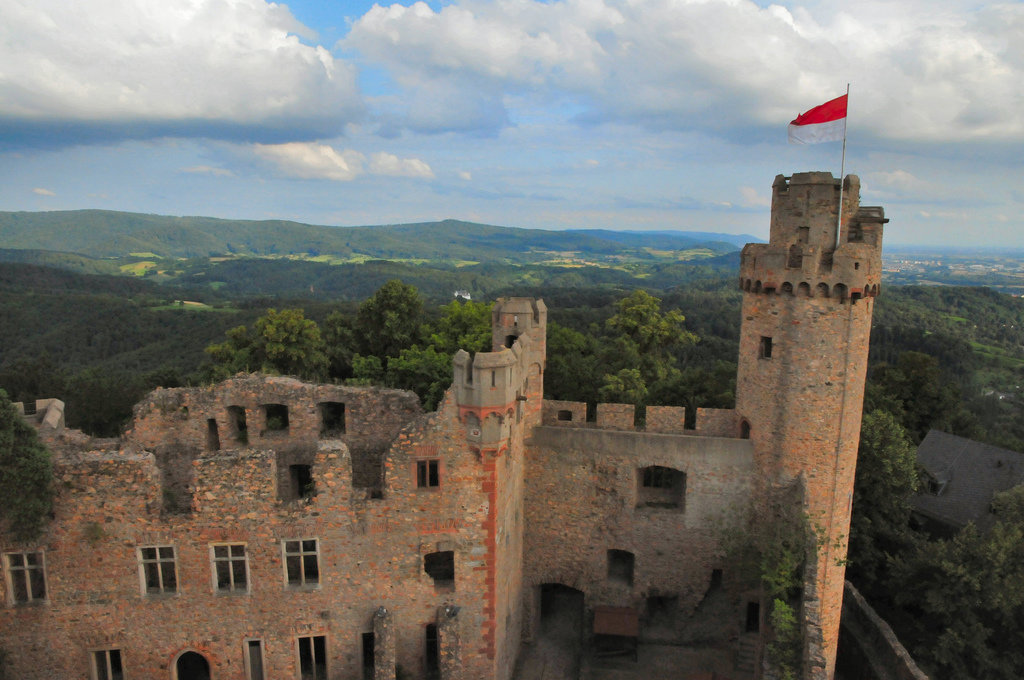 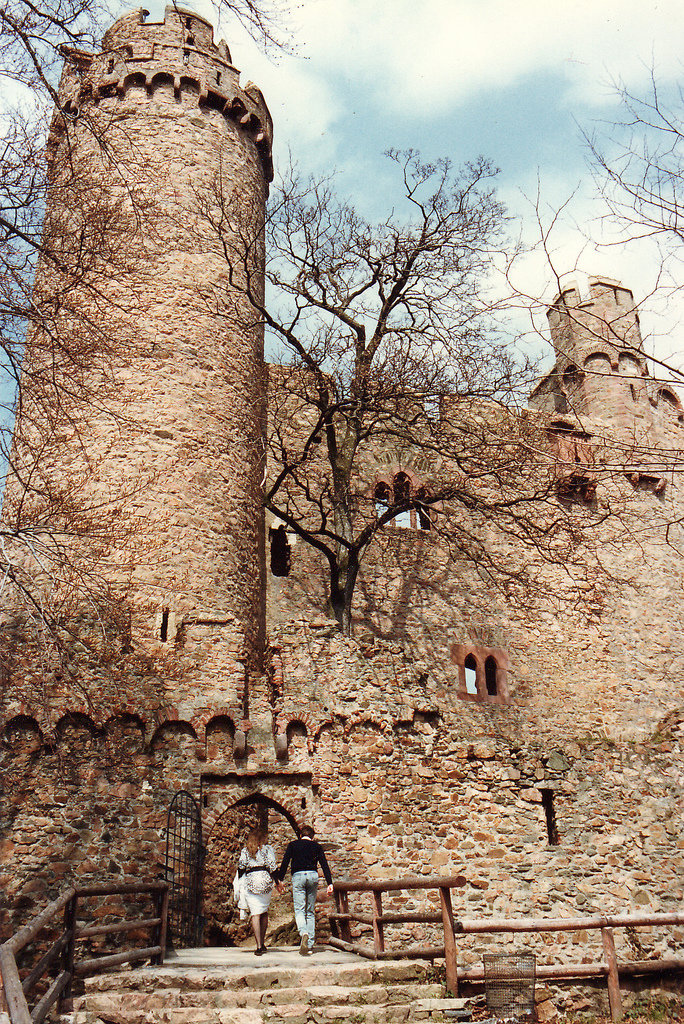 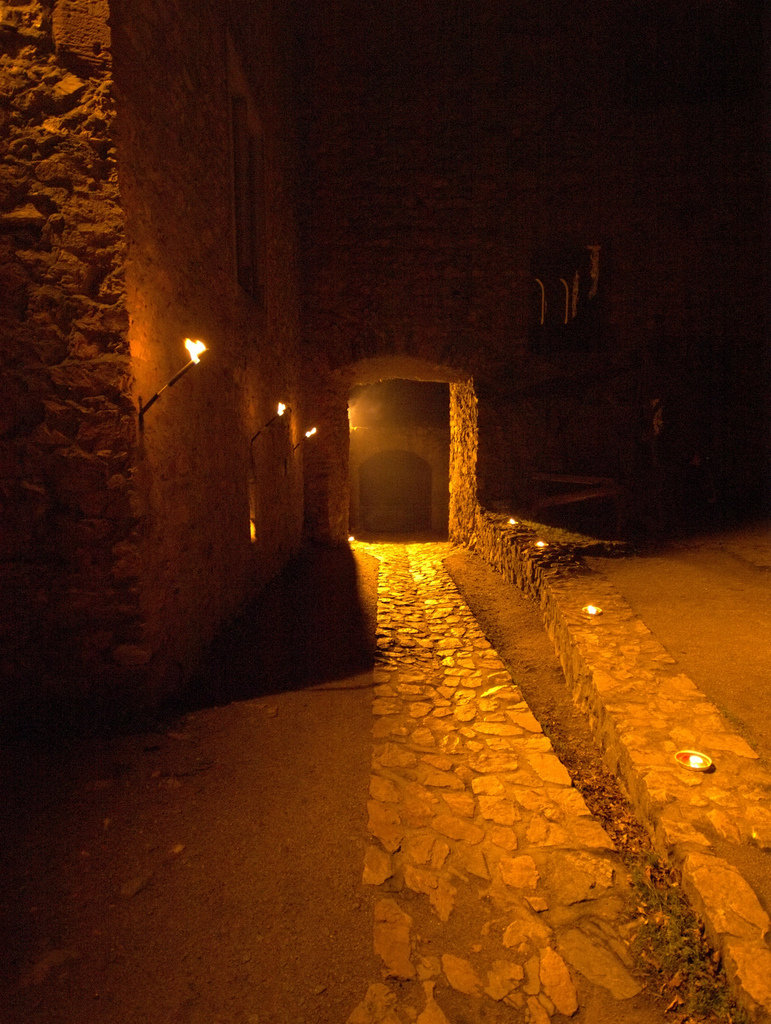 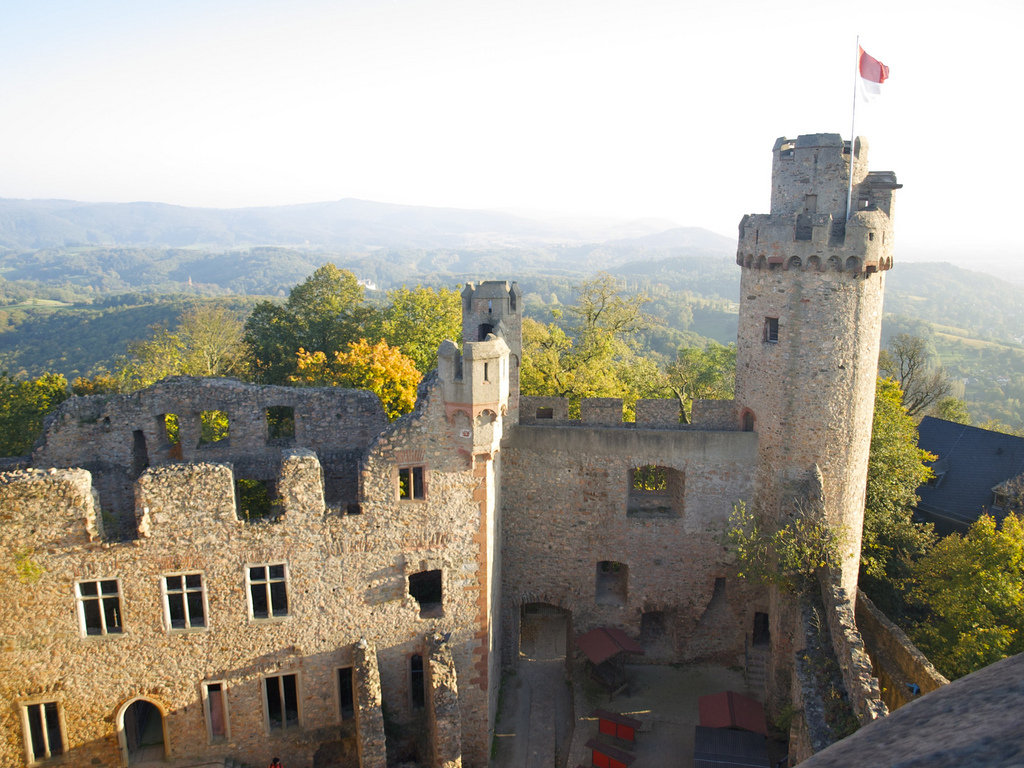 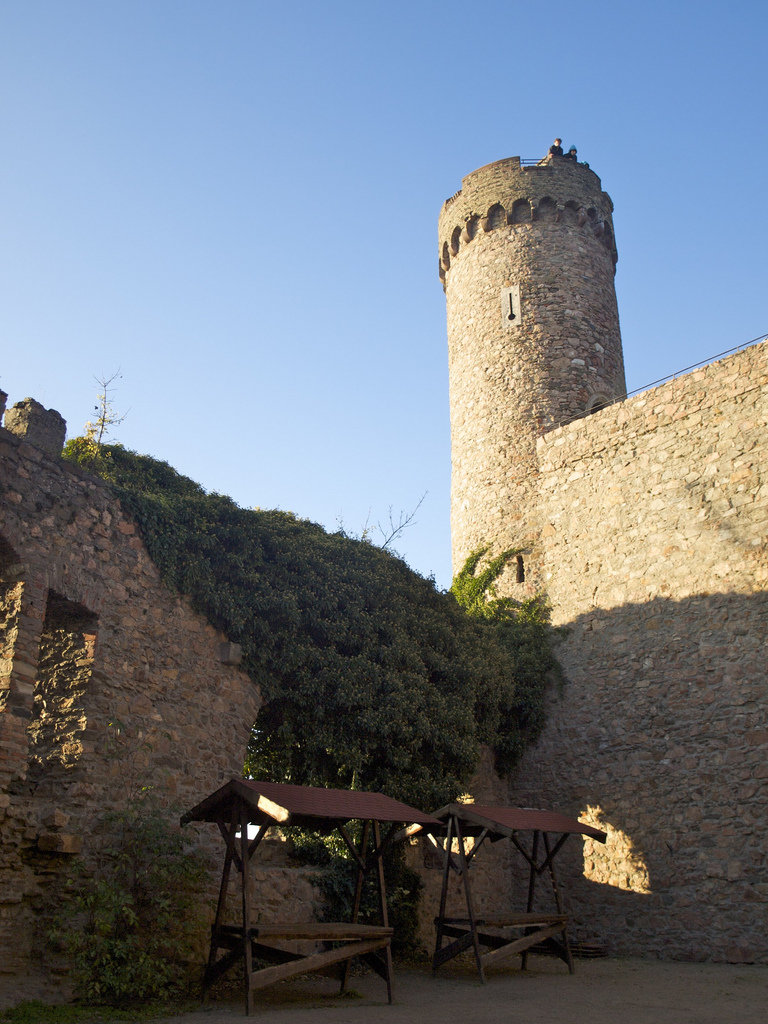 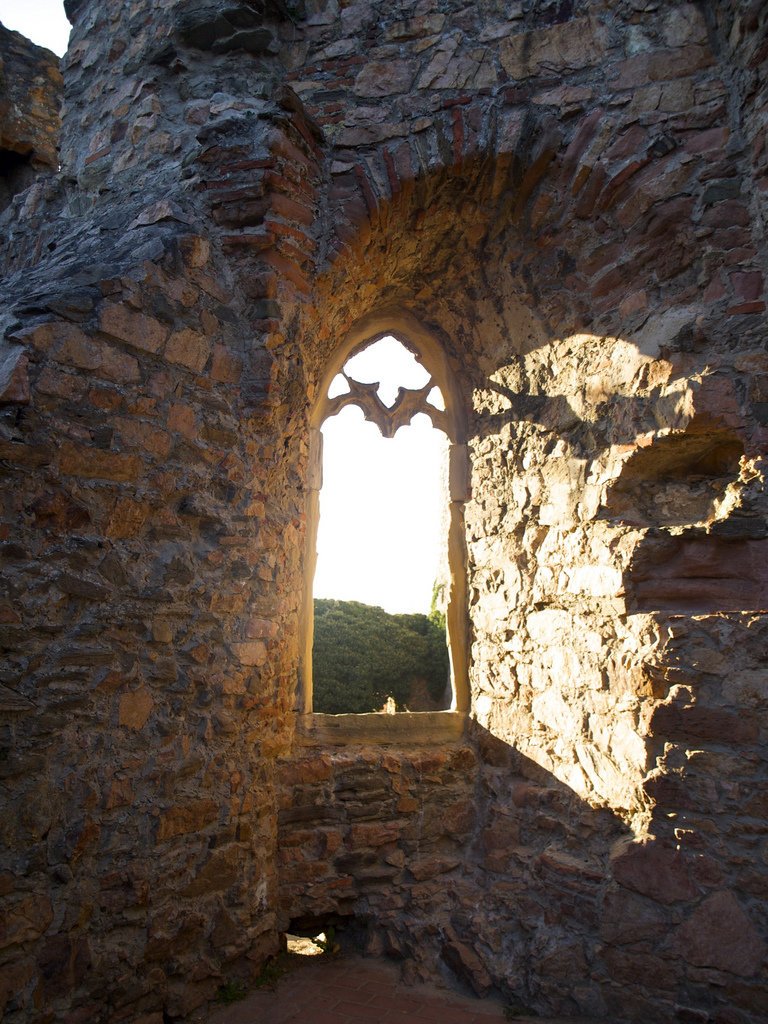 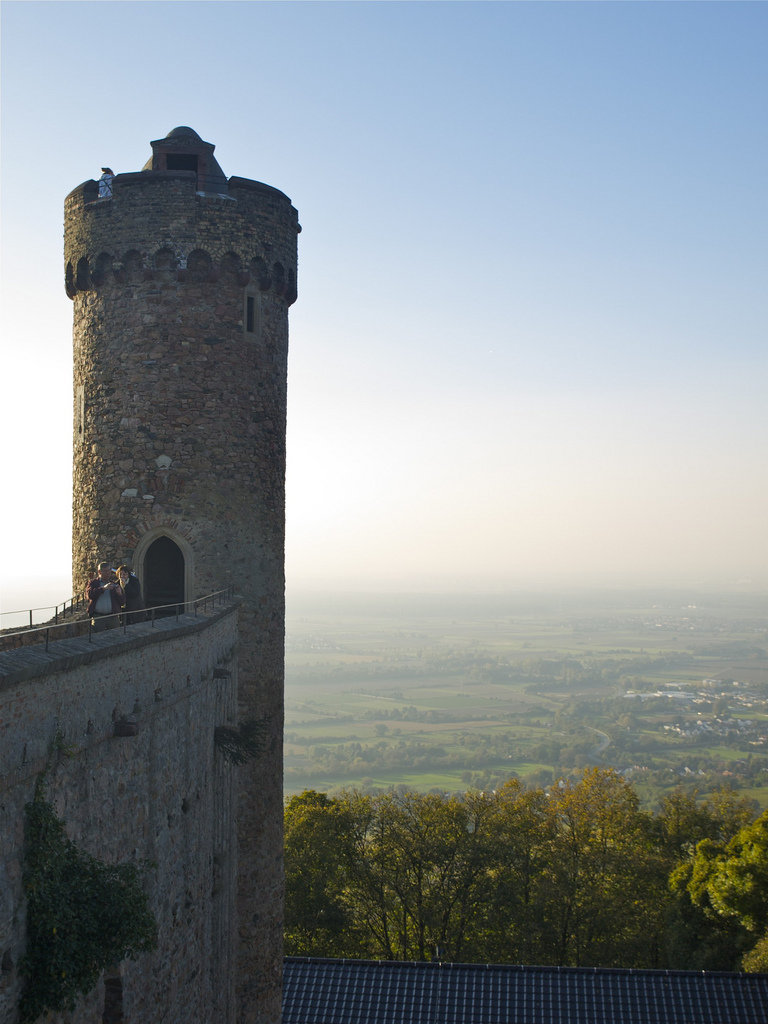 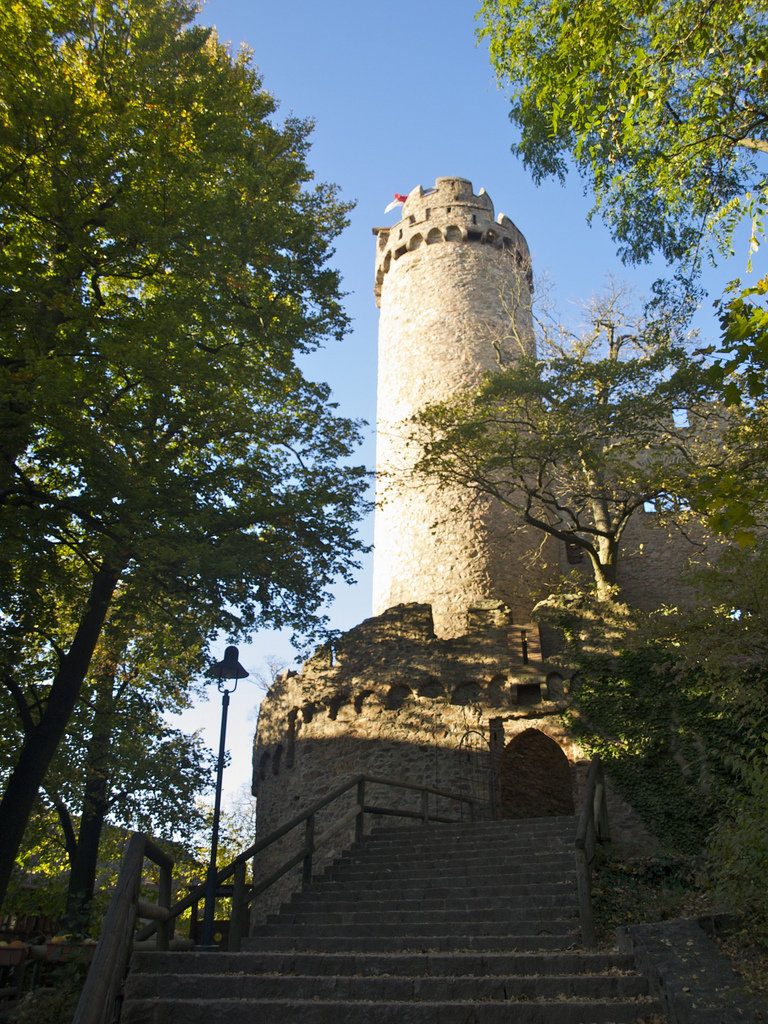 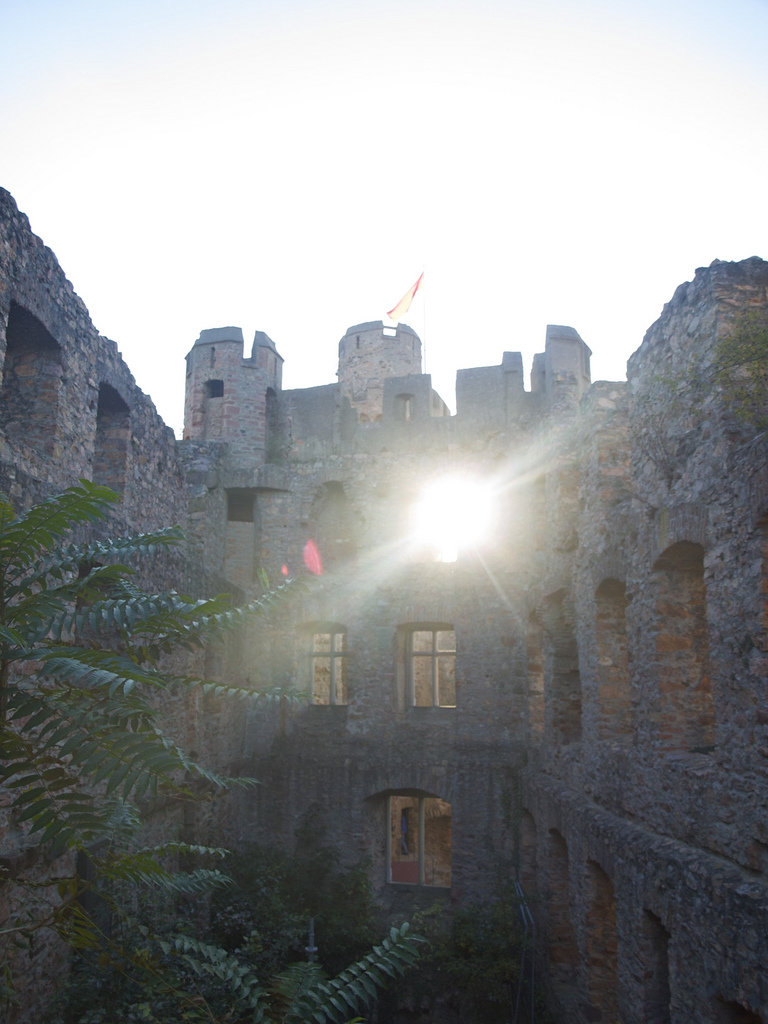 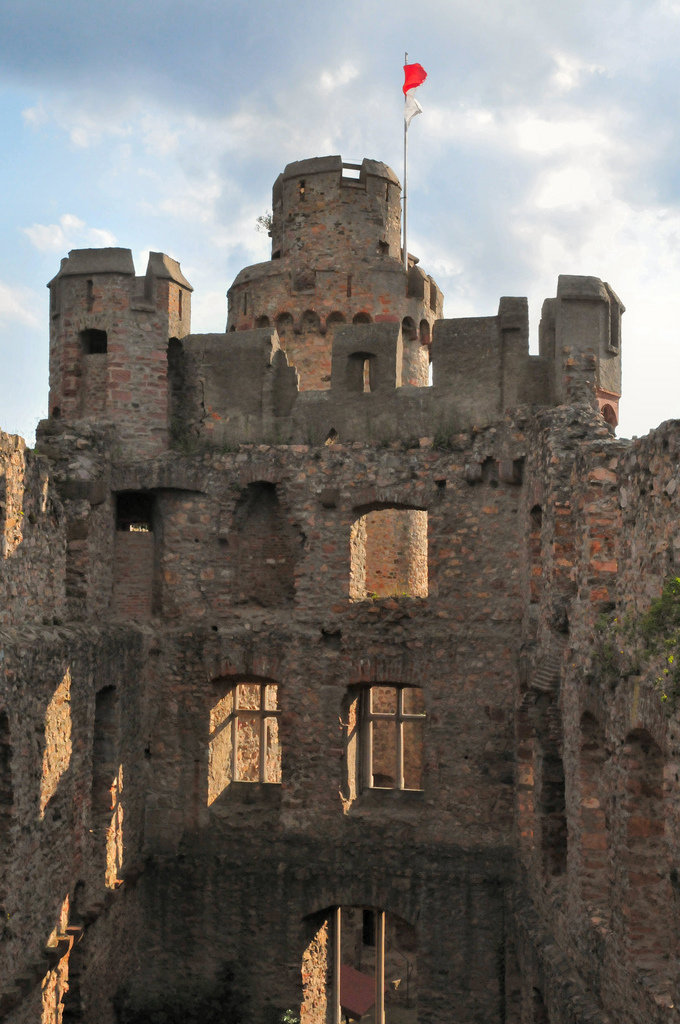 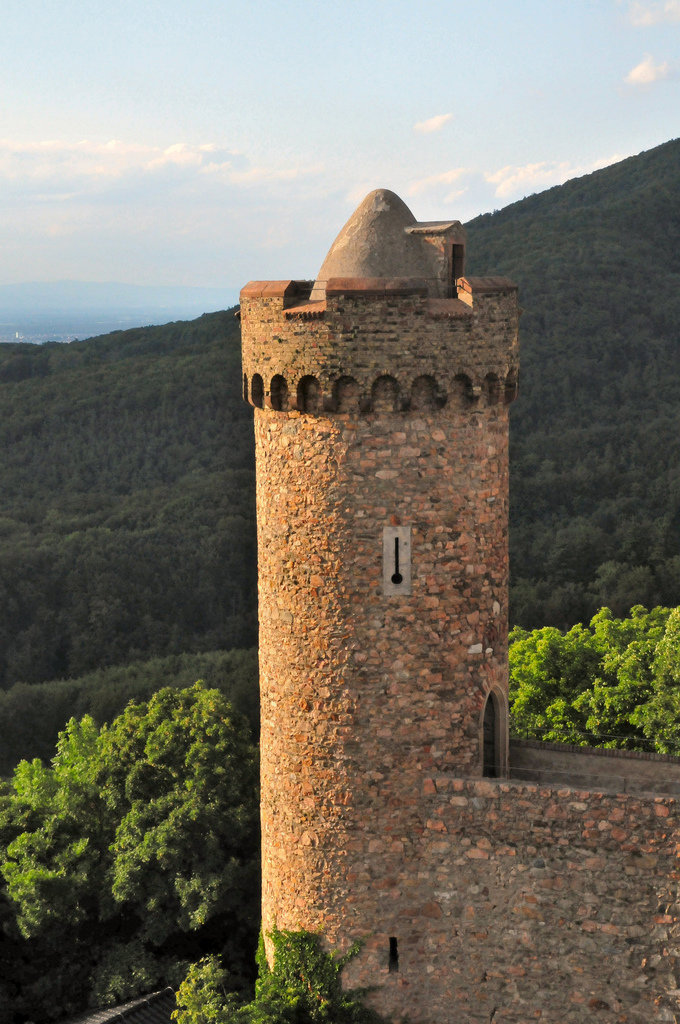 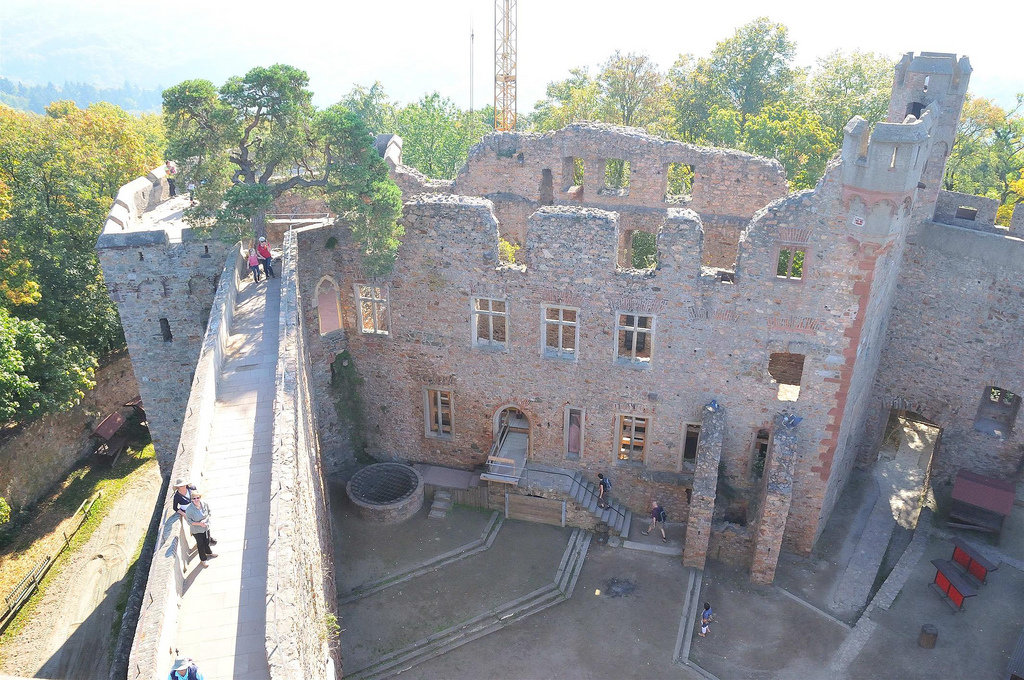 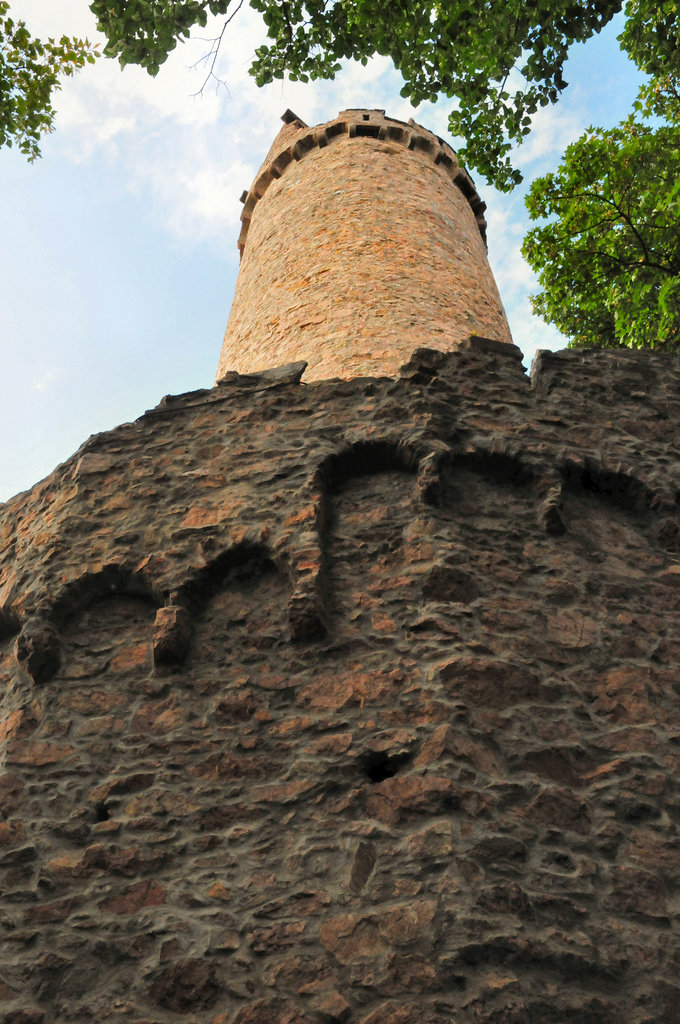 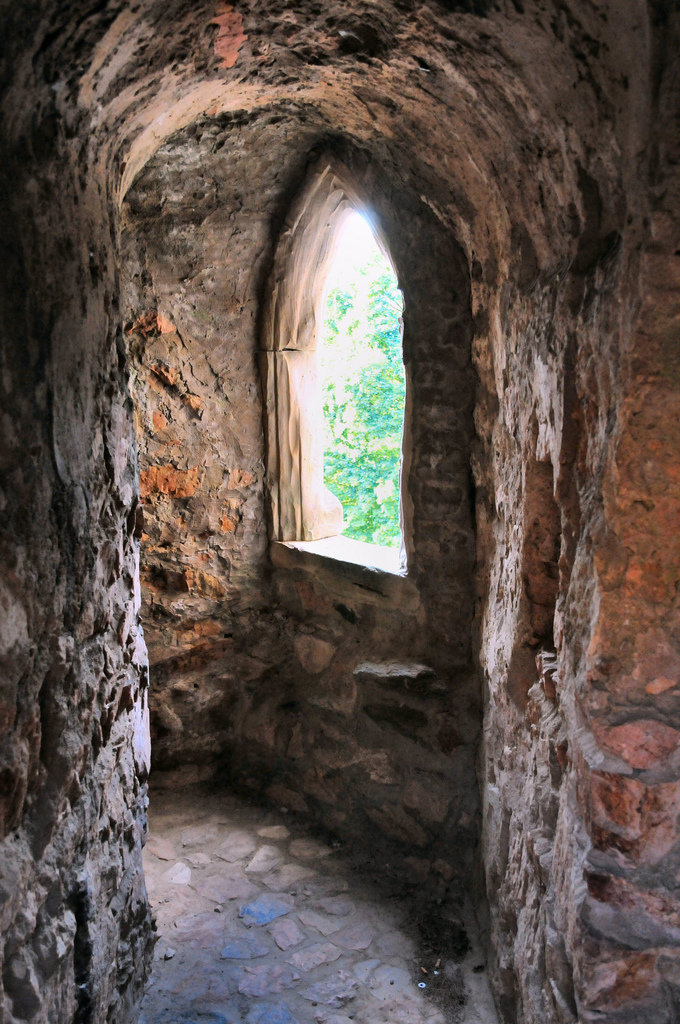 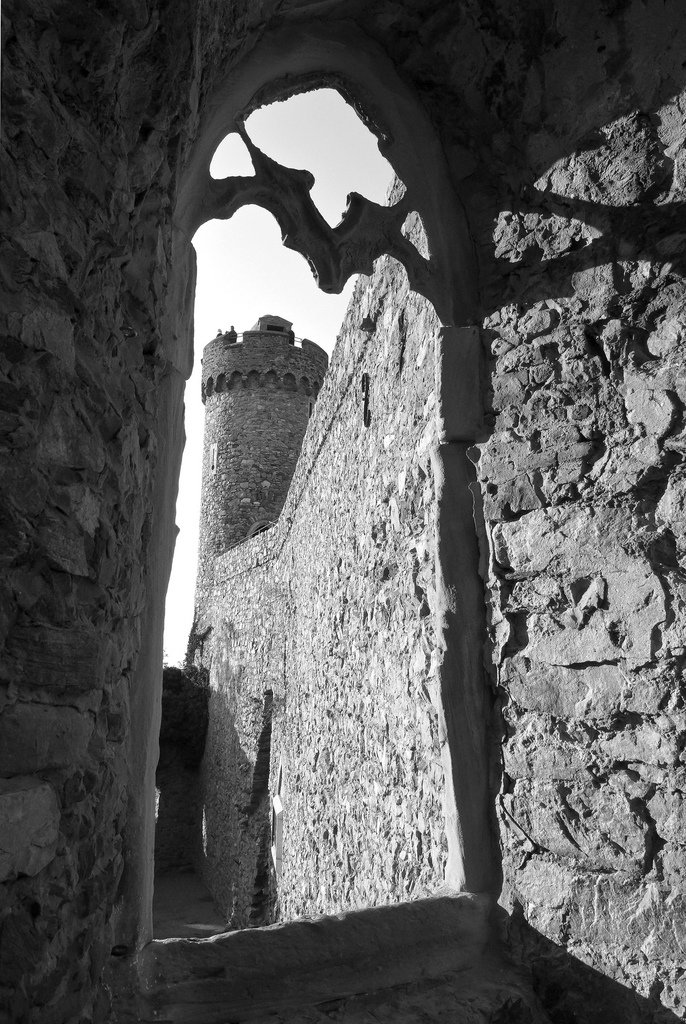 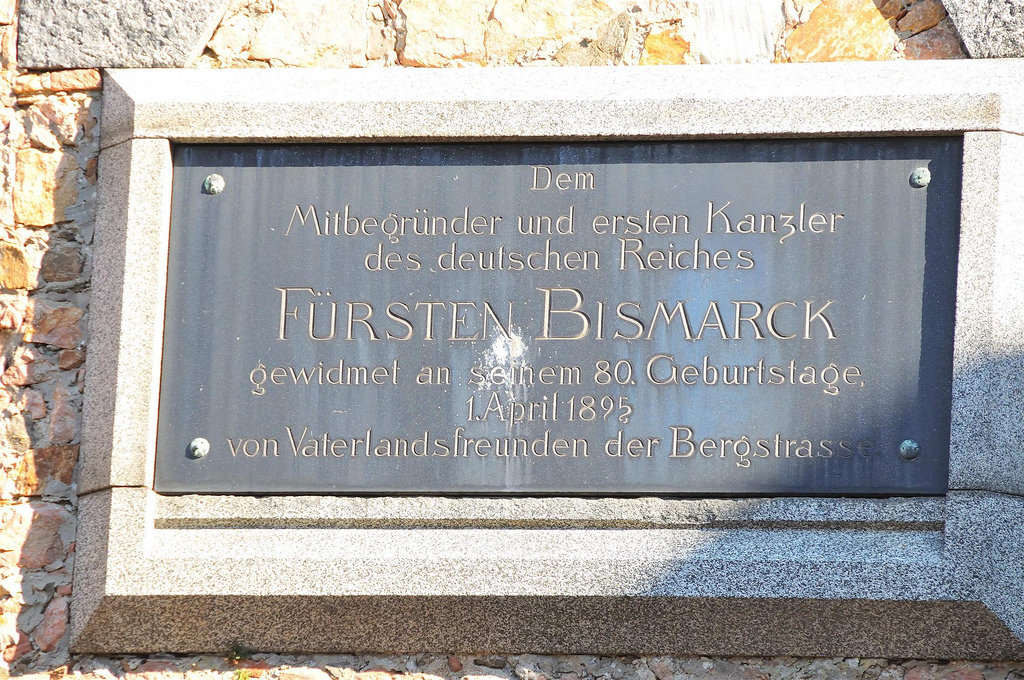 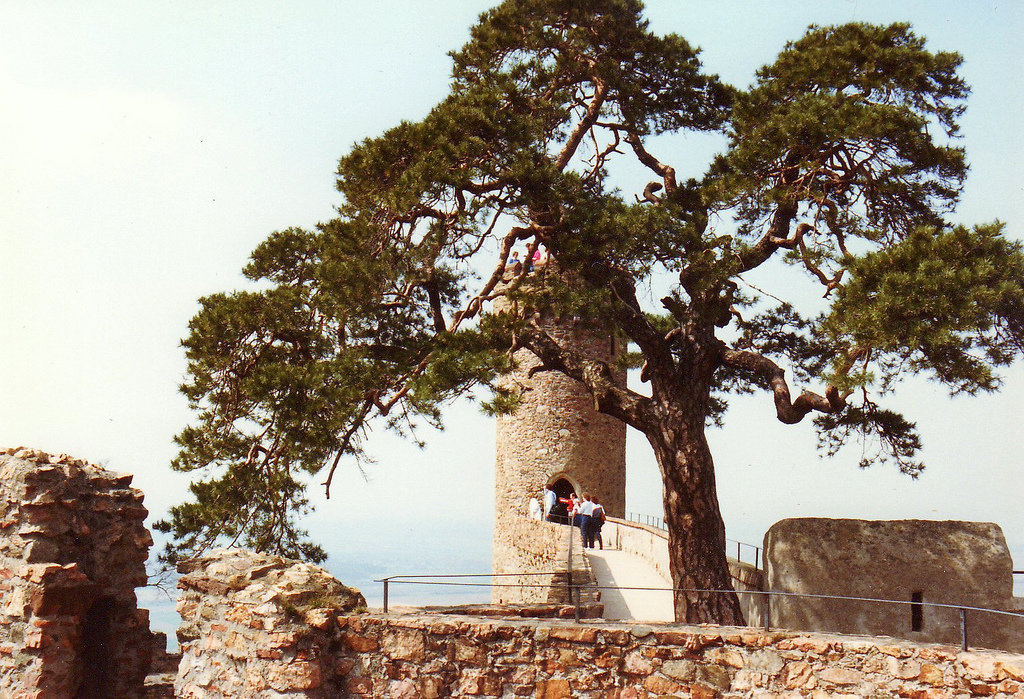 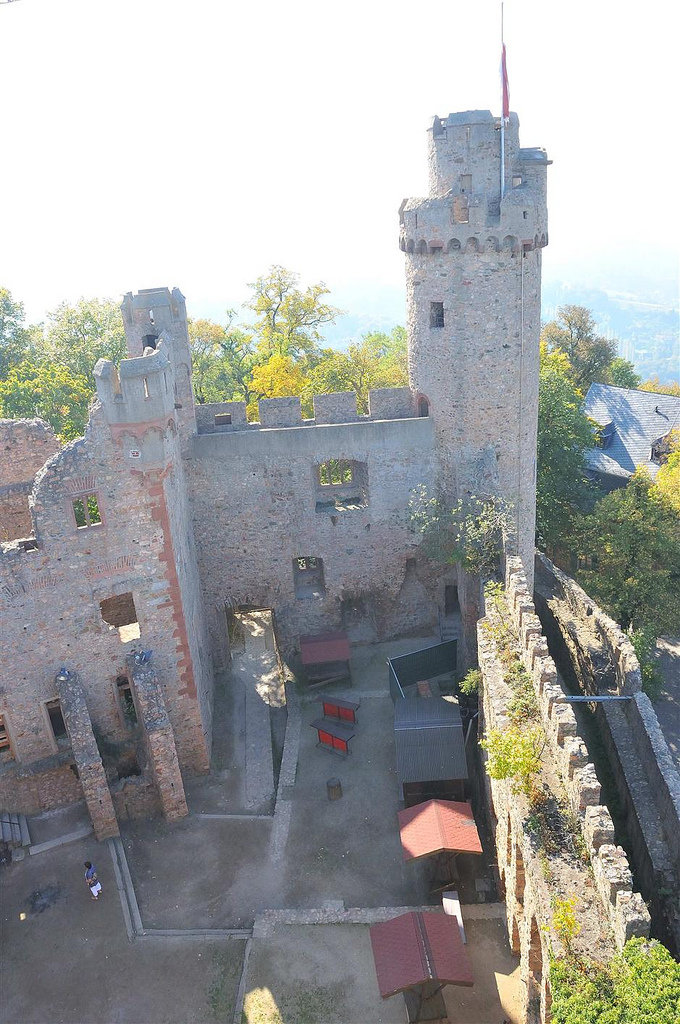 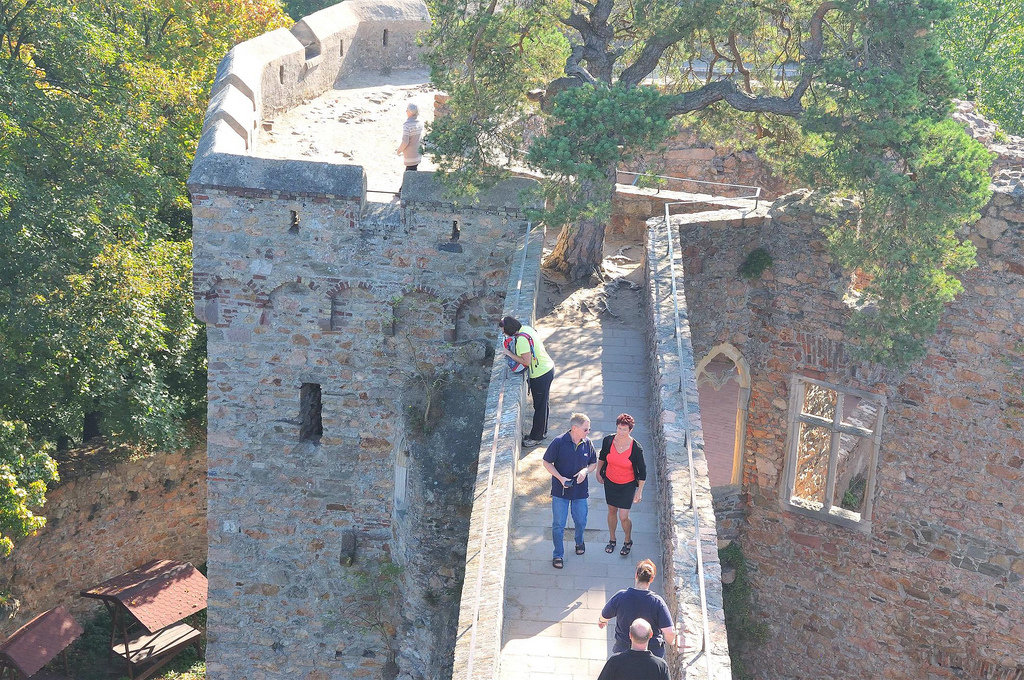