The Atomium is a monument built for Expo '58, the 1958 Brussels World's Fair. Designed by André Waterkeyn, it is 102-metres (335 ft) tall, with nine steel spheres connected so that the whole forms the shape of a unit cell of an iron crystal magnified 165 billion times.

Tubes which connect the spheres along the 12 edges of the cube and all eight vertices to the centre enclose escalators connecting the spheres which contain exhibit halls and other public spaces. The top sphere provides a panoramic view of Brussels. Each sphere is 18 metres in diameter. Three spheres are currently (2008) closed to visitors, others are easily reachable with escalator. The vertical vertex contains a lift which was considered very fast and advanced at the time of building (the speed is 5 m/s).

One of the original ideas for Expo '58 was to build an upside-down version of the Eiffel tower; however, Waterkeyn felt that an atomic structure would be more symbolic of the era.[] The monument was originally planned to remain standing only six months. However, it soon became a symbol not only of the World's Fair, but of modern architecture and Brussels.[] The monument stayed the same for almost 50 years. The structure is now one of the Brussels main attractions.

Renovation on the Atomium began in March 2004; it was closed to the public in October, and remained closed until 18 February 2006. The renovations included replacing the faded aluminium sheets on the spheres with stainless steel. To help pay for renovations, the old aluminium was sold to the public as souvenirs. A triangular piece about 2 m long sold for €1,000,[]

The renovation includes revamped exhibition spaces, a restaurant, and a dormitory for visiting schoolchildren called "Kids Sphere Hotel" which features suspended plastic sphere towers. A €2 commemorative coin depicting the sculpture was issued in March 2006 to celebrate the renovation.

The Atomium is one of the most visited attractions in Brussels today. In 2008, the Atomium celebrated its 50th anniversary, with activities planned all year, including free admission for those turning 50 between April and October.

The Atomium is located at Coordinates: , beside the King Baudouin Stadium in Heysel Park. Just next to it lies the Mini-Europe park and the Heysel/Heizel metro station.

Three of the four uppermost spheres lack vertical support and hence are not open to the public for safety reasons, although the sphere at the pinnacle is open to the public. The original design called for no supports; the structure was simply to rest on the spheres. Wind tunnel tests proved that the structure would have toppled in an 80 km/h wind (140 km/h winds have been recorded in Belgium). Support columns were added to achieve enough resistance against overturning.[1]

Klagenfurt is public domain because it is a model and Austria has Panoramafreiheit.]] The Belgian collecting society, SABAM, via the United States Artists Rights Society (ARS), has claimed worldwide intellectual property rights on all reproductions of the Atomium image. For example SABAM issued a demand that a United States website remove all images of the Atomium from its pages. The website responded by replacing all such images with a warning not to take photographs of the Atomium, and that Asbl Atomium will sue you if you show them to anyone. Sabam confirmed that permission is required.

Ralf Ziegermann remarked on the complicated copyright instructions on Atomium's website specific to "private pictures". The organisers of Belgian heritage, Anno Expo (www.expo58.eu, planning the 50th anniversary celebrations of Expo '58), in the city of Mechelen announced a "cultural guerrilla strike" by asking people to send in their old photographs of the Atomium and requested 100 photoshoppers to paint over the balls. SABAM responded that they would make an exception for 2008 and that people could publish private photographs for one year only on condition they were for non-commercial purposes.

Anno Expo later announced they had censored part of their own report due to "complications" and referred to a meeting they had with SABAM. Mechelen's Mayor, Bart Somers, called the Atomium copyright rules absurd.

On February 23, 2009 Axel Addington, Web Content Manager for Atomium, e-mailed a clarification to the Glass Steel and Stone web site, which some years earlier redacted its photographs of the Atomium after being threatened. He stated, "The royalties are perceived (sic) by the descendants of Andre Waterkeyn, the engineer who conceived Atomium in 1955, and not by the A.S.B.L Atomium. So, you've probably been sued by the SABAM (Belgian Copyright Company) because of the Waterkeyn Family."

From the Atomium's website, the current copyright restrictions exempt private individuals under the following conditions,

There are some cases however where use of the image of the Atomium is not restricted by any rights.

This is the case where photographs are taken by private individuals and shown on private websites for no commercial purpose (the current trend for photo albums), as long as these pictures are displayed at a low resolution (600 pixels maximum, resolution of 72dpi) to avoid abusive usage and downloads.

However, the words "© www.atomium.be - SABAM 2010 - photographers name" must be included next to the image.

DHR.com
This is a monument that you must not miss—9 spheres made of steel that that has different halls for exhibits and other events as well as a great view of Brussels from the top. Open daily, 10am to 6pm.

Artyom Fedosov
A huge molecule of iron. The construction looks impressive, but the museum inside not worth its entrance price, so just take a look from the outside, laugh at the queue and go away.

Gabi Bulumac
Definitely one of the Brussels symbols, and it's a cool one ????????

Robyn Pass
Retro feel inside with the history of the Atomium. Interesting temporary exhibits. It is quite a haul up and down, but the elevator takes you to the top. The view from the top is worth the queue.

Nad Cee
Built for the 1958 Universal Expo, this modern monument is really impressive. The visit is a tour in the middle of the fifties. A real delight for retro amateurs if you don't mind the touristy feel.

Tiana LeBeauf
It's unique. Don't forget to visit it when you are in Brussel. Get inside and see it also in the evening. The shop has some fine retro souveniers and the restaurant nice food.
Load more comments
foursquare.com
8.5/10
Gaël Géranton de Bou, Vladimir Vulic and 269,936 more people have been here
I've been here
Add to wishlist

The Royal Greenhouses of Laeken (in Dutch: Koninklijke Serres van 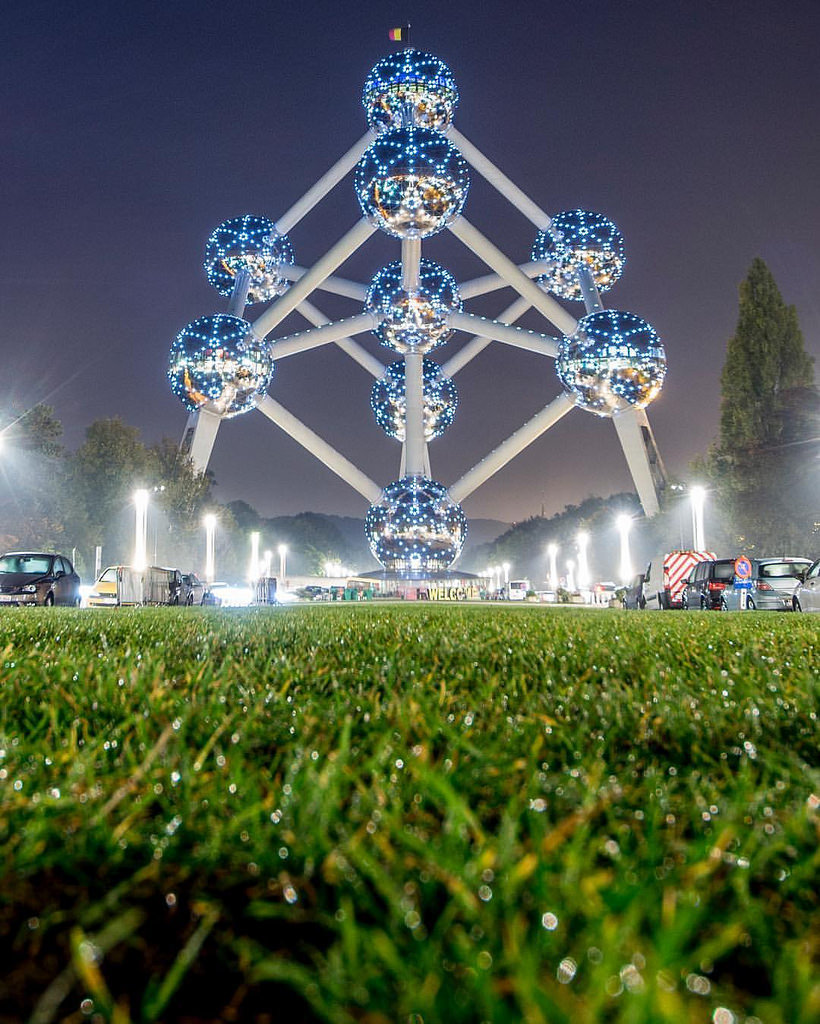 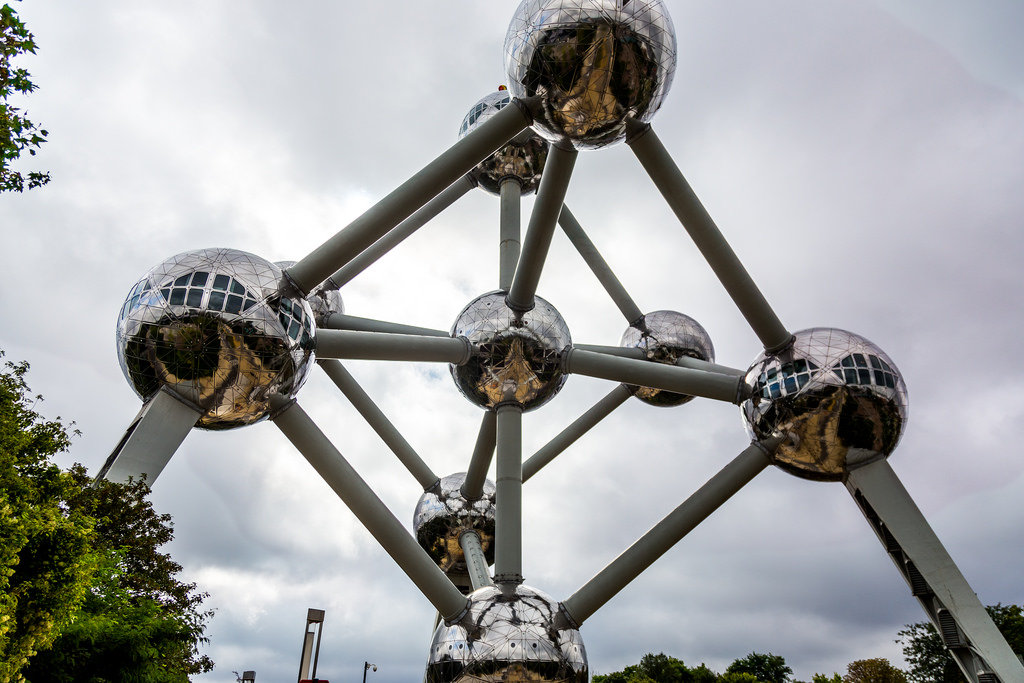 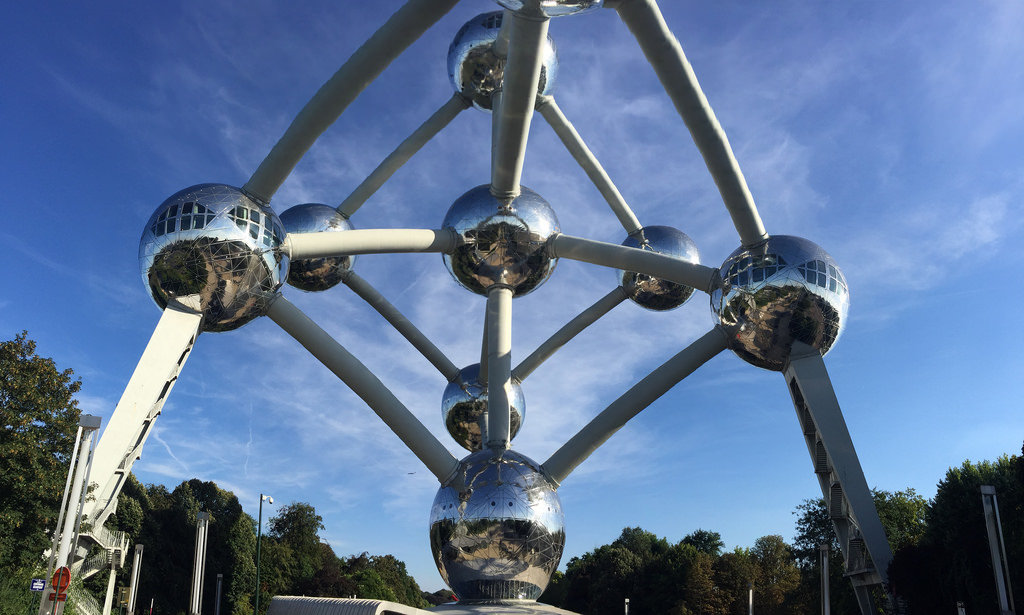 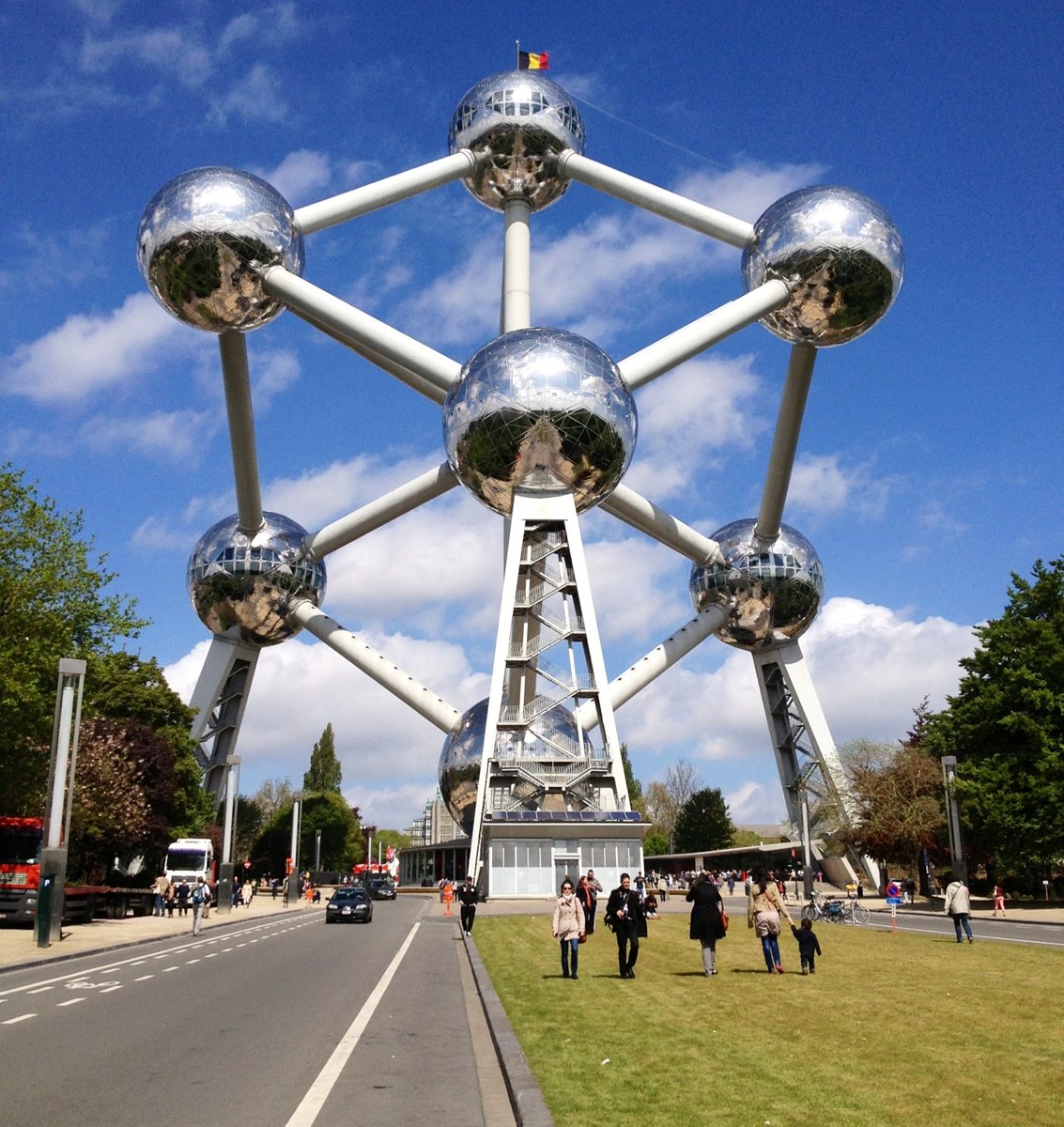