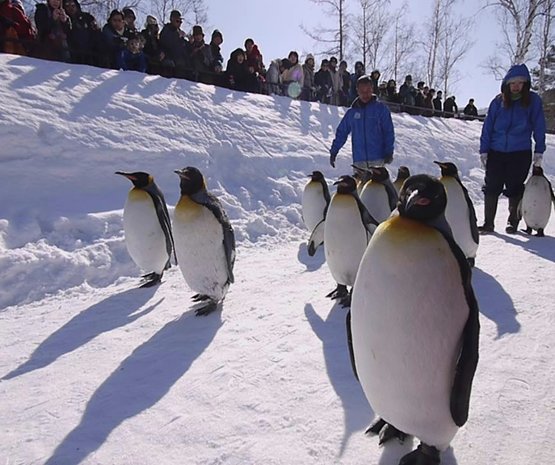 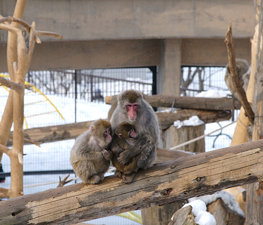 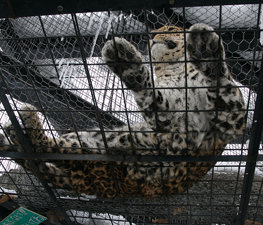 The Asahiyama Zoo (旭山動物園, Asahiyama dōbutsuen) is a municipal zoo in Asahikawa, Hokkaidō, Japan. In August 2004, over 320,000 people visited the zoo, the most visitors among all the zoos in Japan. Located in Higashi Asahikawa, in the outskirts of Asahikawa City, the Asahiyama Zoo is the northernmost zoo in the country.

As the population of Asahikawa City has increased, the number of visitors rose to a peak of 597,000 in 1983. In 1994, when a Western Lowland Gorilla and a Ring-tailed Lemur in the zoo died of Echinococcus, the zoo was closed before the regular season to prevent contagion, which resulted in a decline in the number of visitors.

Since 1997, the zoo has undertaken the construction of unique interactive animal viewing facilities to break the impasse, initiated by chief manager Masao Kosuge. After "Totori no Mura" (Totori's Village), which enables visitors to see birds flying freely in a huge cage, the zoo continued to install new facilities including Polar Bear Aquatic Park, a "Walking Through" Penguin Aquarium, an Orangutan Trapeze, and a Seal Aquarium which is famous for the seal's characteristic of swimming vertically through its cylindrical water tank.

In August 2004, the monthly number of visitors exceeded 320,000, which surpassed Ueno Zoo in Tokyo. In 2006, the annual number of visitors reached 2 million, and the following year, the number was 3 million, which was surpassed only by the Ueno Zoo (about 3.5 million people in the same year). Over the years, the Asahiyama Zoo has drawn a number of media attractions, and some TV programmes and publications featuring the zoo's success have also been created.

ChungYim Kwok
Many rare species that I never seen before and. facilities for tourist deeply better than shanghai..Penguin Parade are must-see item

is a small village in the Taisetsuzan National Park, Hokkaidō, Japan.

Shirahige Falls is a tourist attraction, one of the Waterfalls in

The Sapporo TV Tower (さっぽろテレビ塔, Sapporo Terebi-tō), built in 1957, i 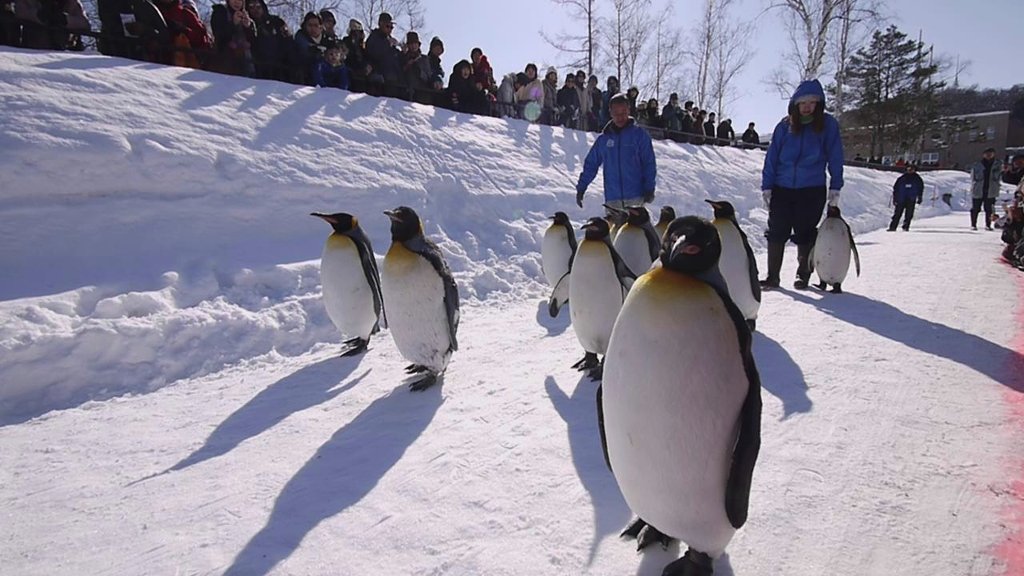 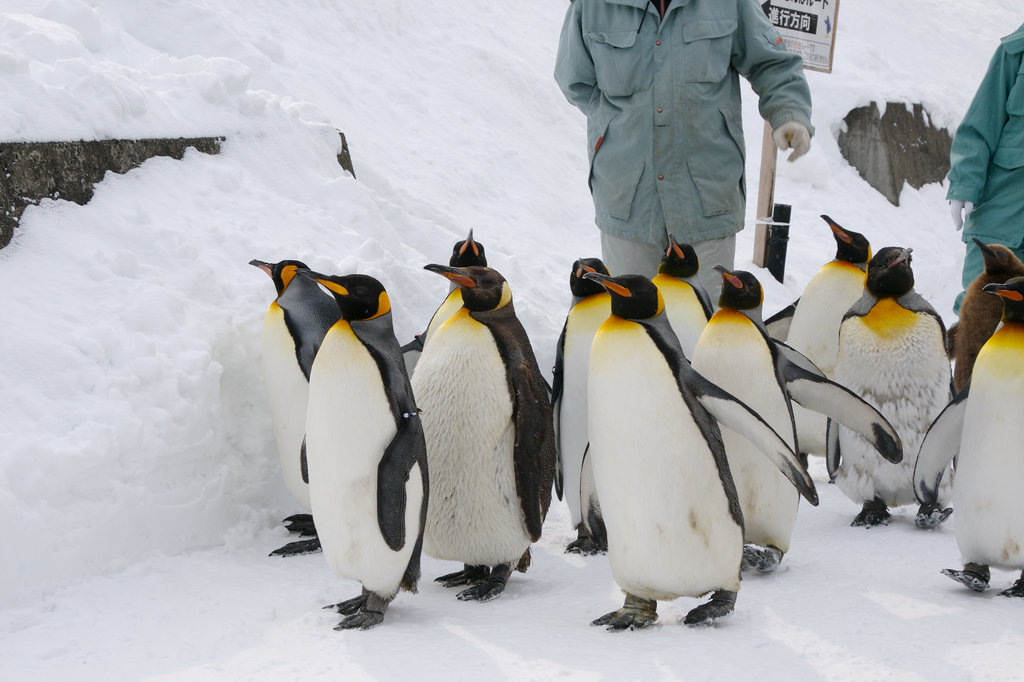 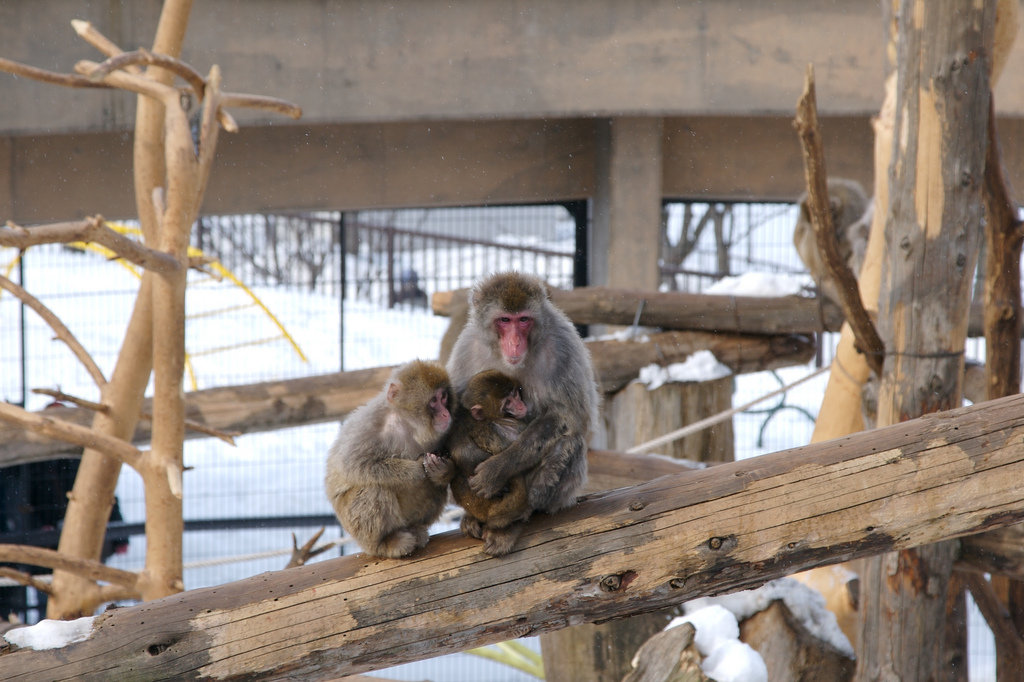 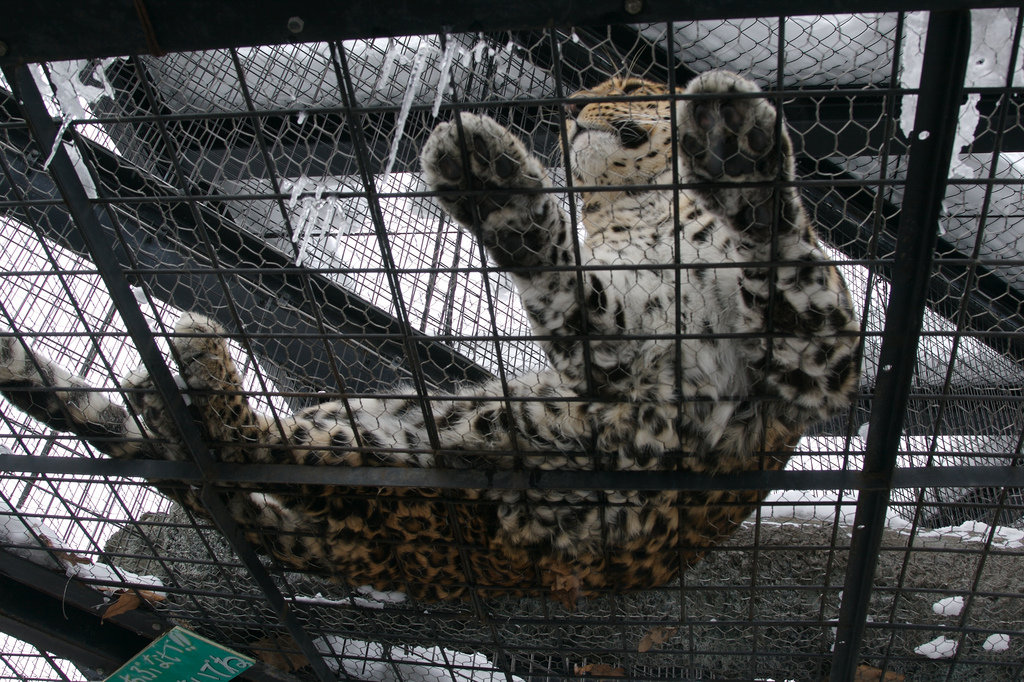