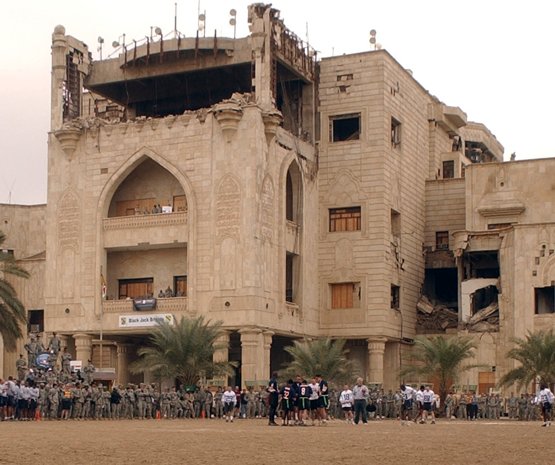 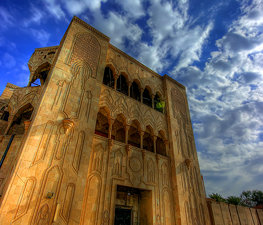 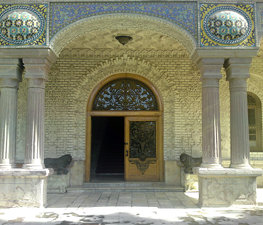 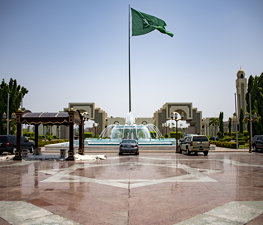 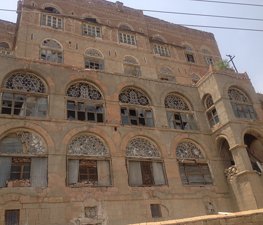 The as-Salam Palace, previously a home of former Iraqi president Saddam Hussein, is now an Iraqi military base.

Al-Salam Palace was taken over by coalition forces during the 2003 invasion of Iraq. The palace was significantly damaged during the "Shock and Awe" campaign, when it sustained several airstrike attacks.[] It is headquarters for the Joint Area Support Group. It has been known to coalition forces as "Camp Prosperity" and "Forward Operating Base Prosperity."

The palace has 200 rooms with approximately 1,000,000 square feet (93,000 m2) floor space. There are six floors, three of which are usable (others serve as 'false floors'); two large ball rooms. The palace is internally lined with marble floors with hundreds of thousands of hand-cut pieces, granite walls, and ceilings that also have hundreds of thousands of hand-carved and inlaid hand-painted flowers.

The palace is also surrounded by a sequence of square tiles bearing the initials of Saddam Hussein (S & H); the letters in Arabic are called "Saad" & "Haa." These tiles are obvious on the top side of the palace building. Iraqis report that the palace dome used to have a life-sized statue of Saddam.

The fireplaces, which are placed around the lake in front of the palace, are fresh air vents used to provide fresh air to the bunkers below the lake. These bunkers are now inaccessible, having been flooded and sealed off by the coalition.

In the basement of the palace is an entry to one of many concrete tunnels lying beneath the city of Baghdad. These tunnels are also ventilated and provide access to other palaces, governmental facilities and Baghdad International Airport.

From April 2009 to January 2010, FOB Prosperity was run by JASG-C 32d IBCT from Wisconsin. From 2012, the FOB is occupied by the Iraqi Government, who have taken over the operations due to the U.S. military draw down.

Tips & Hints
Arrange By:
Popular first New first
There are no tips nor hints for As-Salam Palace yet. Maybe be you will be the first one to post useful information for fellow travellers? :)
1.0/10
I've been here
Add to wishlist 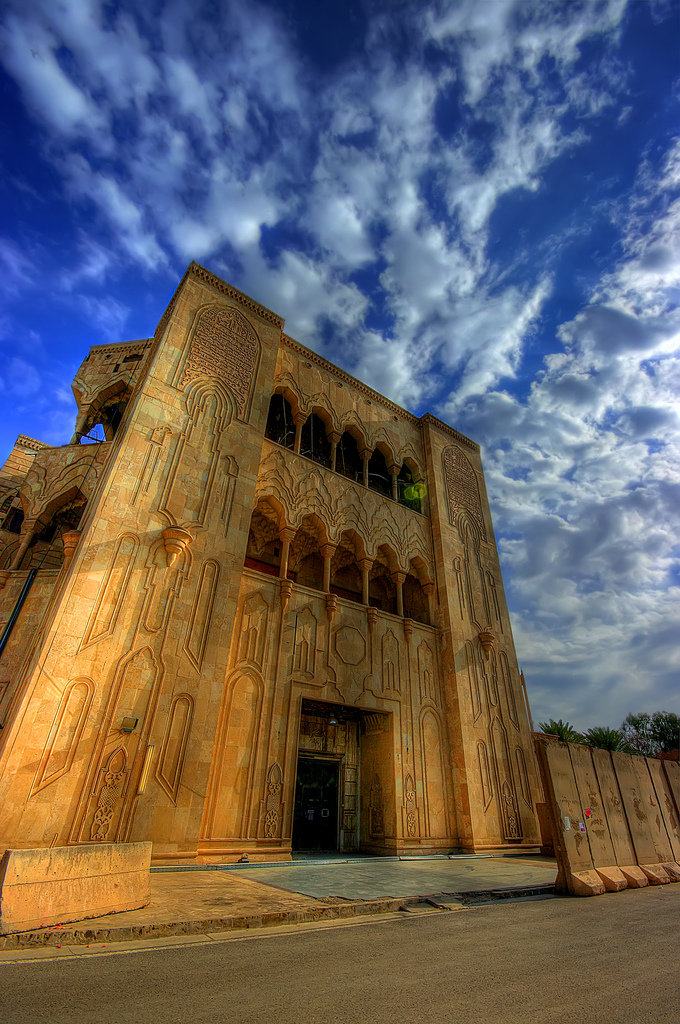 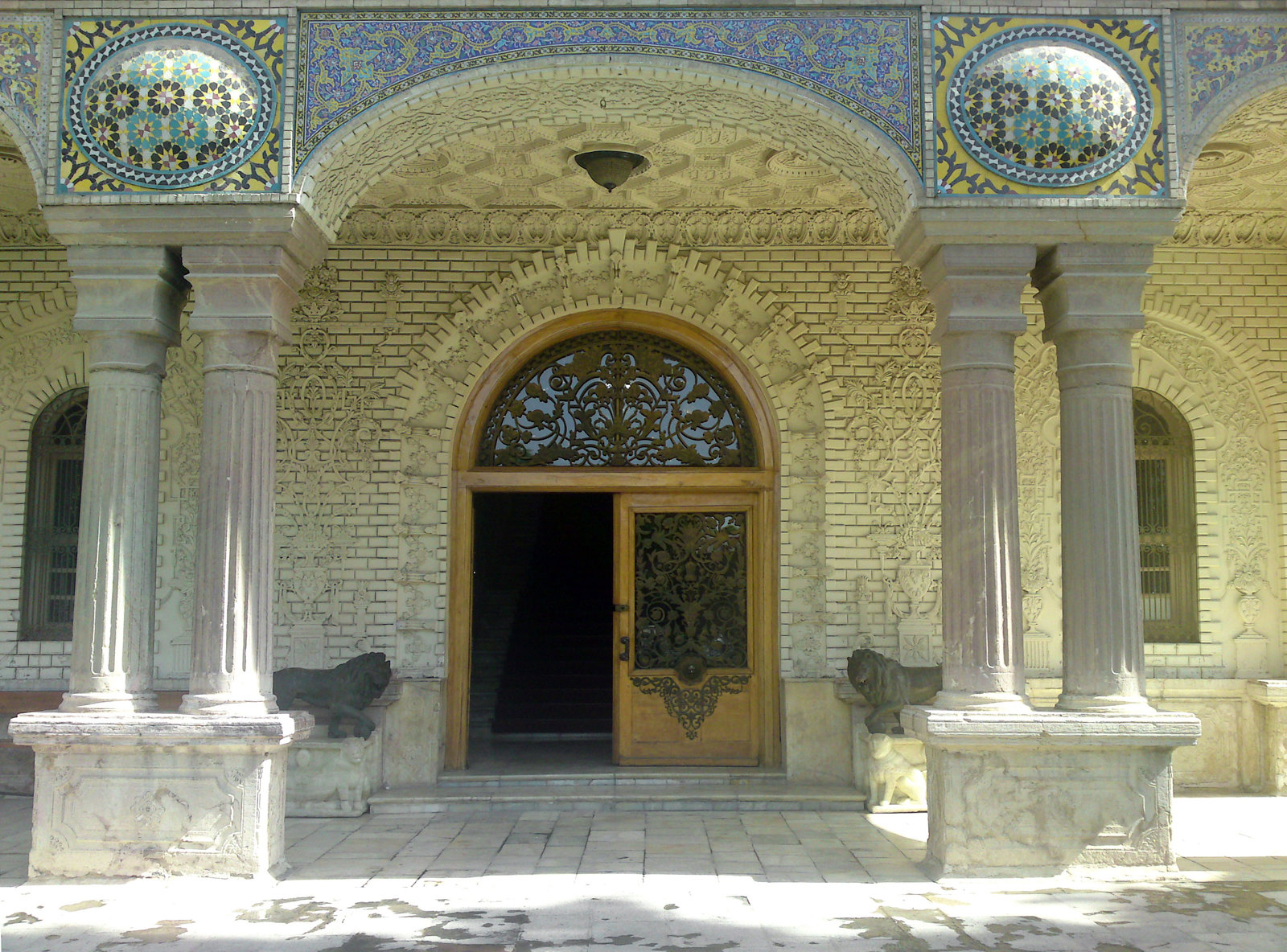 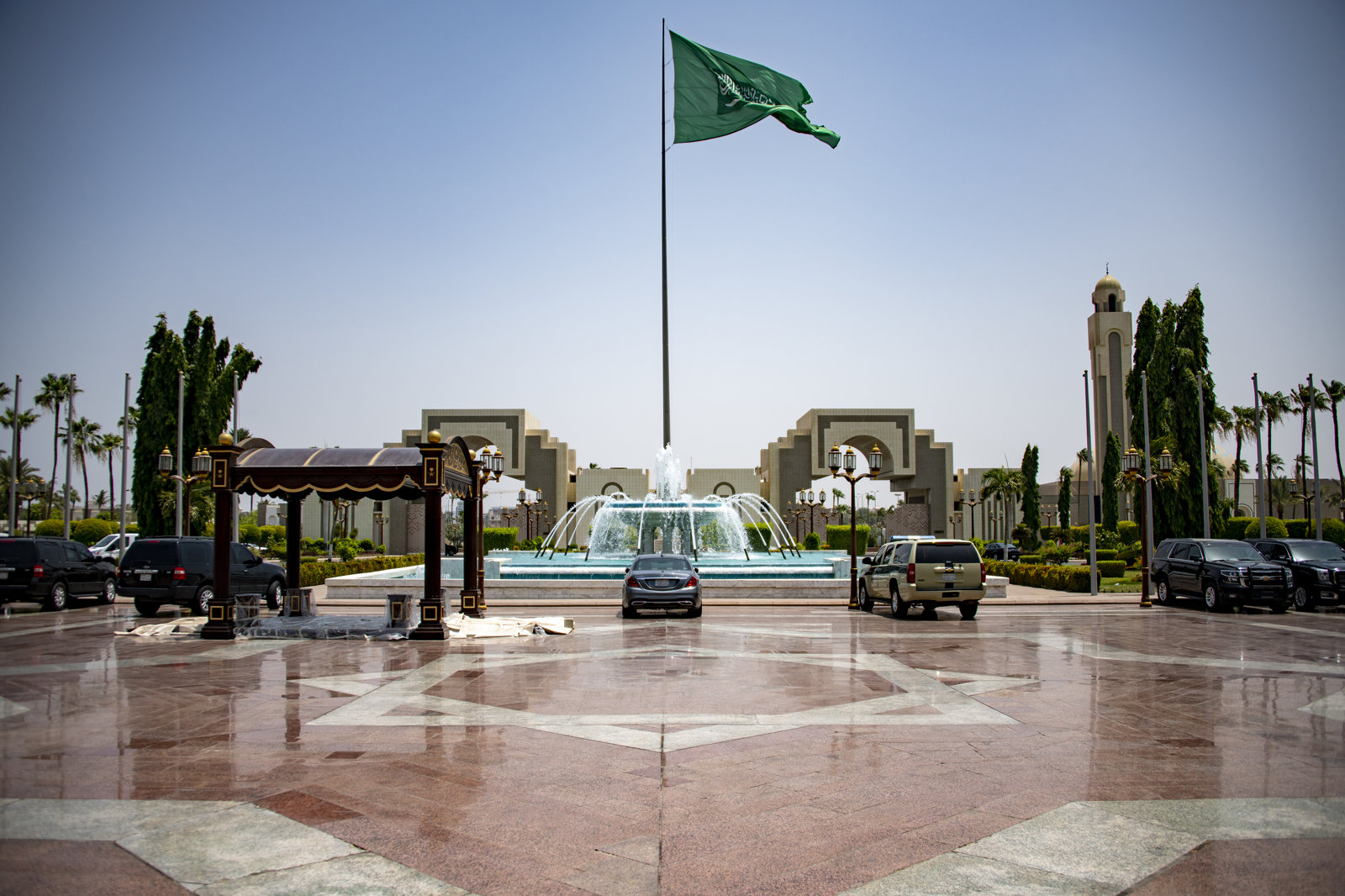 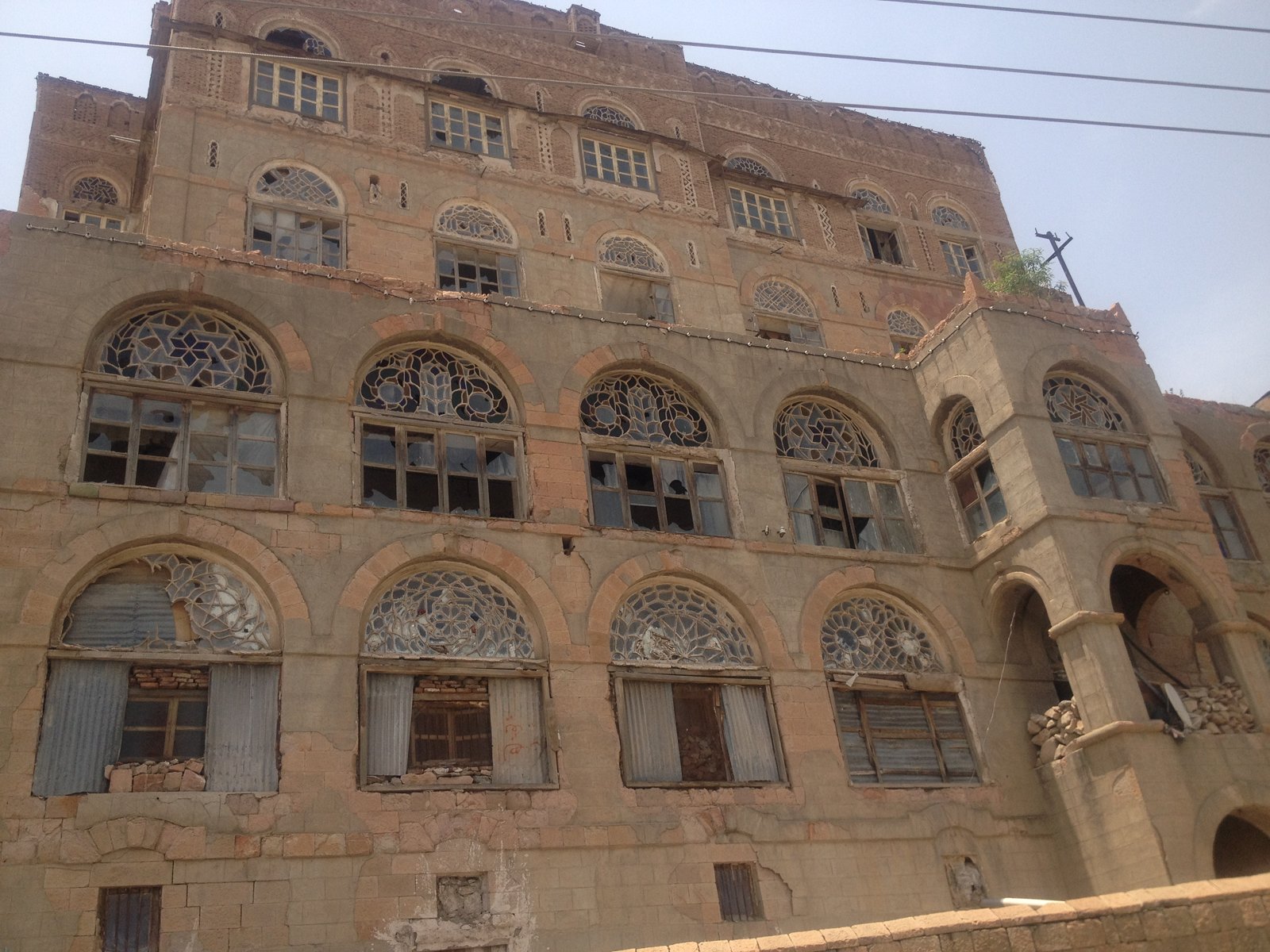