×
What are you looking for?
See all results
Museums in Chicago 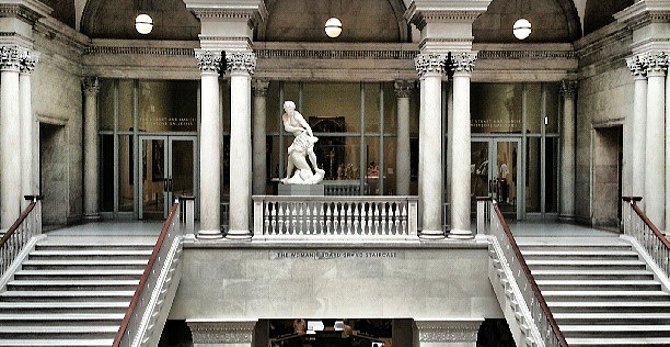 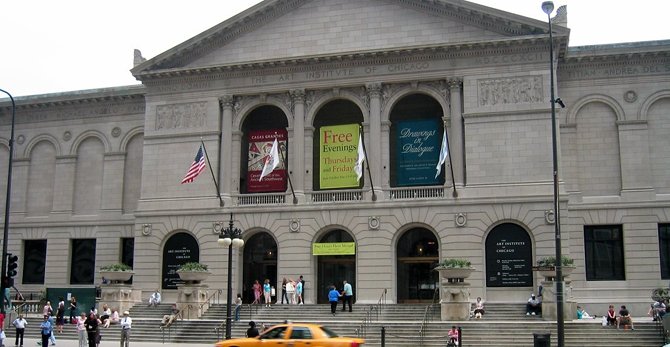 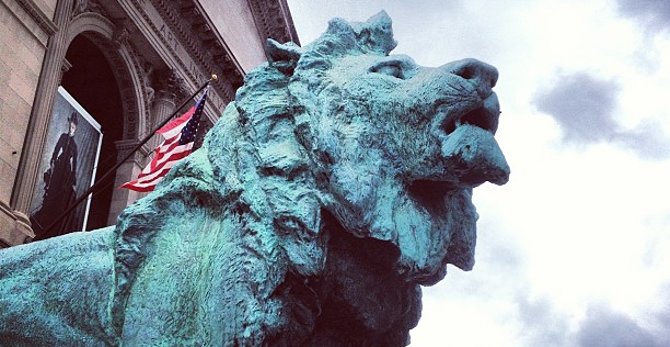 The Art Institute of Chicago (AIC) is an encyclopedic fine art museum located in Chicago, Illinois's Grant Park. The Art Institute has one of the world's most notable collections of Impressionist and Post-Impressionist art in its permanent collection. Its diverse holdings also include significant Old Master works, American art, European and American decorative arts, Asian art and modern and contemporary art. It is located at 111 South Michigan Avenue in the Chicago Landmark Historic Michigan Boulevard District. The museum is associated with the School of the Art Institute of Chicago and is overseen by Director and President James Cuno. At one million square feet, it is the second largest art museum in the United States behind only the Metropolitan Museum of Art in New York.

, Sunday Afternoon on the Island of La Grande Jatte 1884 – 1886]] , Nighthawks, 1942]] , American Gothic (1930)]] The collection of the Art Institute of Chicago encompasses more than 5,000 years of human expression from cultures around the world and contains more than 260,000 works of art. The art institute holds works of art ranging from as early as the Japanese prints to the most updated American art.

In addition to paintings, the Art Institute offers a number of other works. Located on the lower level are the Thorne Miniature Rooms which 1:12 scale interiors showcasing American, European and Asian architectural and furniture styles from the Middle Ages to the 1930's (when the rooms were constructed). Another special feature of the museum is the Touch Gallery which is specially designed for the visually impaired. It features several works which museum guests are encouraged to experience though the sense of touch instead of through sight as well as specially designed description plates written in braille. The American Decorative Arts galleries contain furniture pieces designed by Frank Lloyd Wright and Charles and Ray Eames. The Ancient Egyptian, Greek, and Roman galleries hold the mummy and mummy case of Paankhenamun, as well as several gold and silver coins.

Specific pieces in this section of the museum give insight into the racial boundaries that existed in the past. Samuel J. Miller’s Frederick Douglass daguerreotype is an example of the way some African Americans managed to break away from stereotypes. The daguerreotype had been used by people like Louis Agassiz to show a “type” for ethnic groups. The style of J.T. Zealy’s daguerreotype photographs made the subject seem vulnerable, even animalistic. For example, “Delia,” (1850) shows a female slave completely exposed and in a sense victimized by the camera. Conversely, the Douglass daguerreotype shows a well-dressed man with a strong expression. This is the complete opposite from the submissiveness of the slaves in the Zealy photos. Douglass represented a new kind of Negro. He was educated and well-respected. This marks a shift in the idea of blackness and the way it is represented.

An artist that took it upon himself to continue to change the way blacks were in portrayed in art is Archibald J. Motley, Jr. He aimed to paint “his people” just as they were. Motley said he “wanted to instill a sense of racial pride into his work . Motley attended the School of the Art Institute of Chicago and had to deal with occasional harassment from white classmates. Yet, he continued to believe that art was the best way to approach racial tensions .

In his piece “The Octoroon Girl,” (1925) Motley challenges the conventional image of an African American. While the woman in the painting fits the mold of “whiteness,” she actually is 1/8 black. Breaking away from the traditional views of blacks was indicative of the time period. References such as octoroon or mulatto were used to describe how much “black blood” a person possessed. Motley takes this concept from a negative connotation to one that is independent of social status.

Another piece included in the Art Institute of Chicago’s African American art collection is “The Boxer” by Richmond Barthe. Barthe is a significant figure among African American artists because his work was widely exhibited and recognized by reputable organizations. His sculptures depicted African Americans but were sought after pieces in the mainstream art world. In 1942, “The Boxer” coincided with a time period where black boxers like Joe Louis were fighting white opponents and actually beating them. This signified a big step for African Americans and equality, at least in the ring.

The changing idea of blackness and African American art was also advanced by artists like Jacob Lawrence. Most of his work focused on African American history and utilized techniques like repetition to emphasize his message. In “Graduation,” 1948, Lawrence addresses the importance of getting a diploma and how the event can affect a family’s morale. This piece went along with Langston Hughe’s poem by the same title . The contrast of black and white in the painting can indicate the fact that such an event is significant to both African and white Americans. An emphasis on education has been central to African American advancement. Frederick Douglas was a major supporter of the idea that education was the path to social equality. “Graduation” manages to depict blacks as academically oriented, a positive image of African Americans.

The use of art as political motivators has been a key factor in African American art. The Art Institute’s collection also touches on the social implications of African American art. Black artists are a result of the fight their ancestors faced and the current boundaries that are still left to cross . This powerful medium has evoked discussion about racial tensions and brought attentions that would have otherwise gone under the radar. Such approaches coincided with the emergence of political groups such as the NAACP and Africobra, for artists. African American artists utilized their work to address social and political issues of black people . The combination of forces led to a more prevalent public conversation about racial equality. As African American artists banded together for projects such as the Wall of Respect, their concerns came to the forefront. Their paintbrushes had power.

In essence, the Art Institute of Chicago provides an accurate historical narrative of the lives of African Americans. Comparing daguerreotype images to the more recent pieces show a world of difference. Not only has the perception of African Americans changed, but also African American artists have established a separate school of art. The shift from being defined by African influence, to simply learning from the African link, has helped these artists break the mold they were previously forced to fit.

The current building at 111 South Michigan Avenue is third address for the Art Institute. It was designed in the Beaux-Arts style by Shepley, Rutan and Coolidge of Boston, Massachusetts for the 1893 World's Columbian Exposition as the World's Congress Auxiliary Building with the intent that the Art Institute occupy the space after the fair closed.

The Art Institute's famous western entrance on Michigan Avenue is guarded by two bronze lion statues created by Edward L. Kemeys. The sculptor gave them unofficial names: the south lion is "stands in an attitude of defiance," and the north lion is "on the prowl." When a Chicago sports team makes the playoffs, the lions are frequently dressed in that team's uniform. Evergreen wreaths are placed around their necks during the Christmas season.

The east entrance of the museum is marked by the stone arch entrance to the old Chicago Stock Exchange. Designed by Louis Sullivan in 1894, the Exchange was torn down in 1972, but salvaged portions of the original trading room were brought to the Art Institute and reconstructed.

The Art Institute building has the unusual property of straddling open-air railroad tracks. Two stories of gallery space connect the east and west buildings while the Metra Electric and South Shore lines operate below. The lower level of gallery space was formerly the windowless Gunsaulus hall, but is now home to the Alsdorf Galleries showcasing Indian, Southeast Asian and Himalayan Art. During renovation, windows facing north toward Millennium Park were added. The gallery space was designed by Renzo Piano in conjunction with his design of the Modern Wing and features the same window screening used there to protect the art from direct sunlight. The upper level formerly held the modern European galleries, but was renovated in 2008 and now features the Impressionist and Post-Impressionist galleries.

Located on the ground floor of the museum is the Ryerson & Burnham Libraries. The Libraries' collections cover all periods of art, but is most known for its extensive collection of 18th-20th century architecture. It serves the museum staff, college and university students, and is also open to the general public. The Friends of the Libraries, a support group for the Libraries, offers events and special tours for its members.

Modern Wing]]On May 16, 2009, the Art Institute opened the Modern Wing, the largest expansion in the museum's history . The 264,000 square foot addition, designed by Renzo Piano, makes the Art Institute the second-largest museum in the US. The Modern Wing is home to the museum's collection of early 20th-century European art, including Pablo Picasso’s The Old Guitarist, Henri Matisse’s Bathers by a River, and René Magritte’s Time Transfixed. It also houses contemporary art from after 1960; new photography, video media, architecture and design galleries; temporary exhibition space; shops and classrooms; a cafe and a restaurant, Terzo Piano, that overlooks Millennium Park from its terrace. In addition, the Nichols Bridgeway connects a sculpture garden on the roof of the new wing with the adjacent Millennium Park to the north and a courtyard designed by Gustafson Guthrie Nichol.

HISTORY
The collection encompasses more than 5,000 years of human expression from around the world & more than 260,000 pieces. The Modern Wing was opened in 2009 & is the largest expansion in their history.

Explore Chicago
In "Ferris Bueller’s Day Off" (1986), the little girl in the center of "A Sunday on La Grande Jatte—1884" (1884–86) captivated the attention of Ferris' friend Cameron.
Load more comments
foursquare.com

The Art Institute of Chicago on Foursquare

Crown Fountain is an interactive work of public art and video

Flamingo, created by noted American artist Alexander Calder, is a 53

See all See all
Add to wishlist
I've been here
Visited
Museum of Fine Arts, Boston 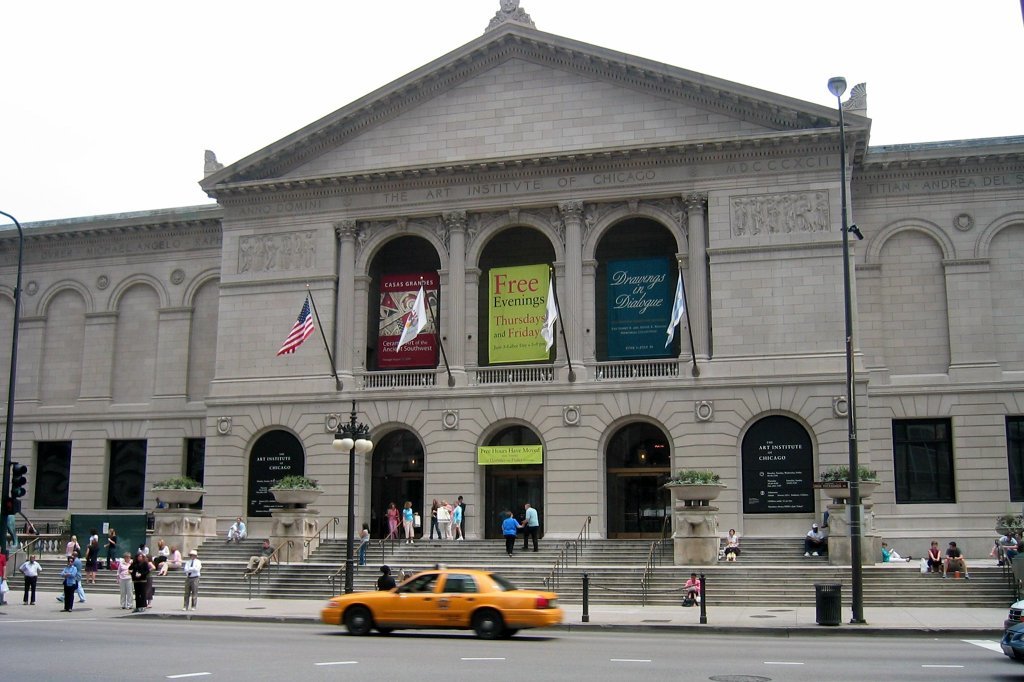 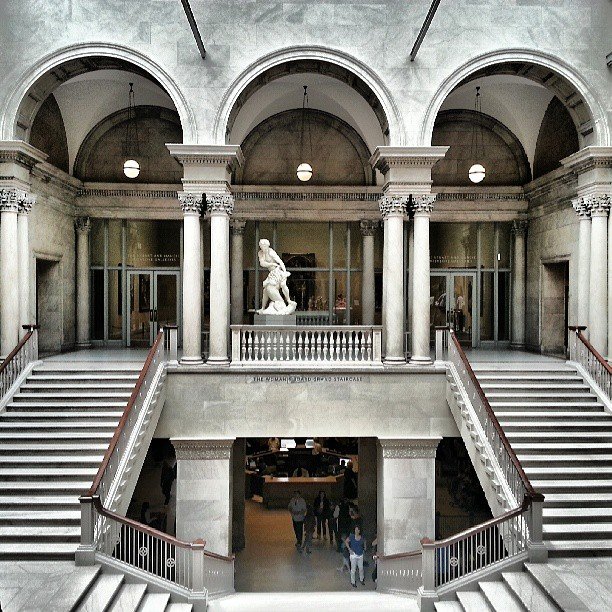 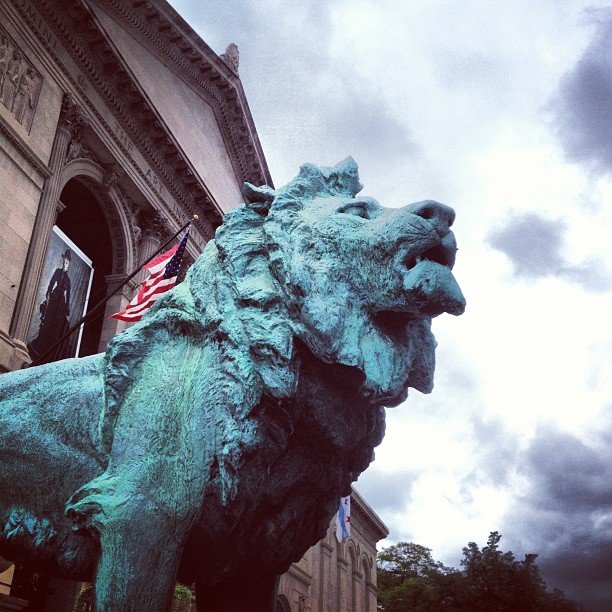 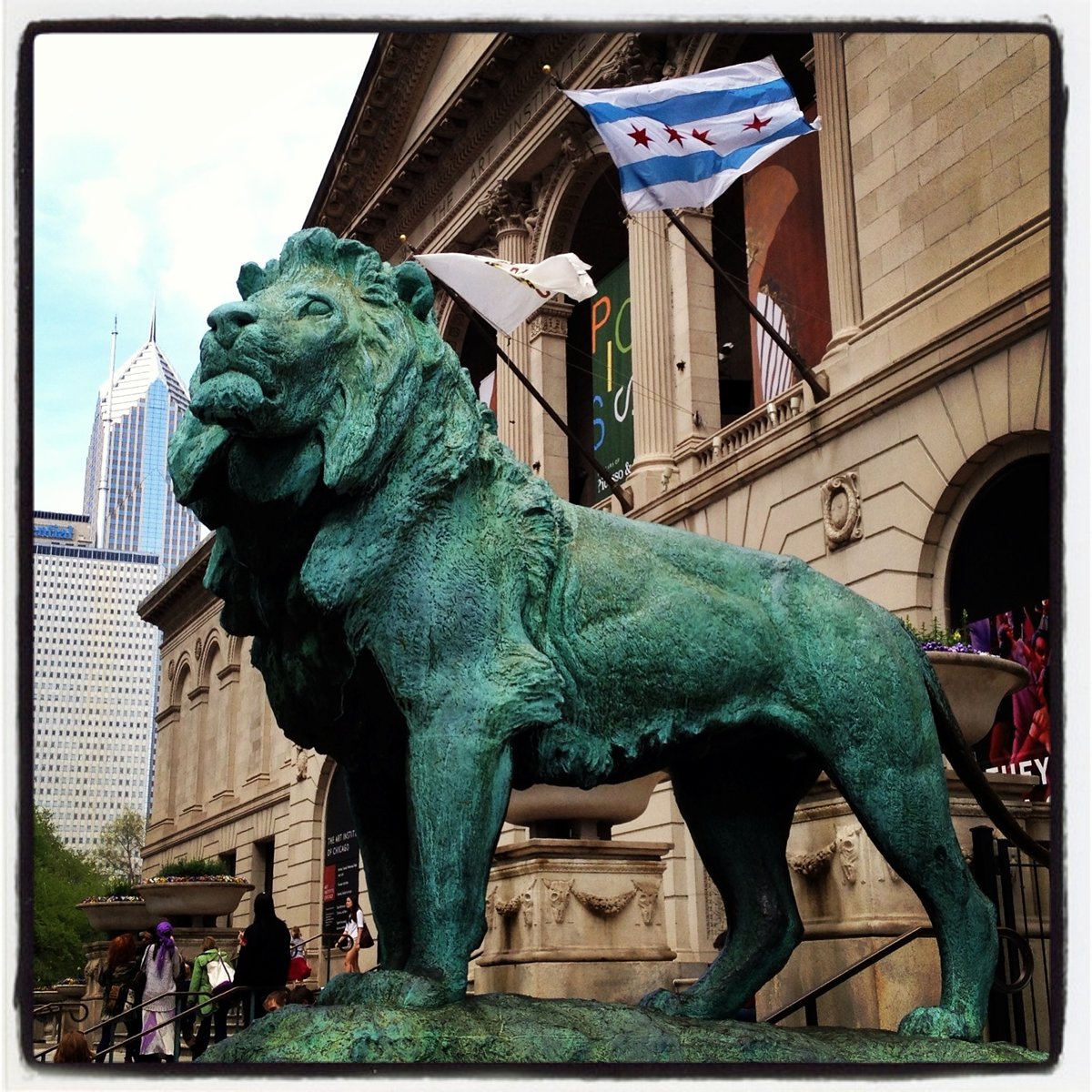 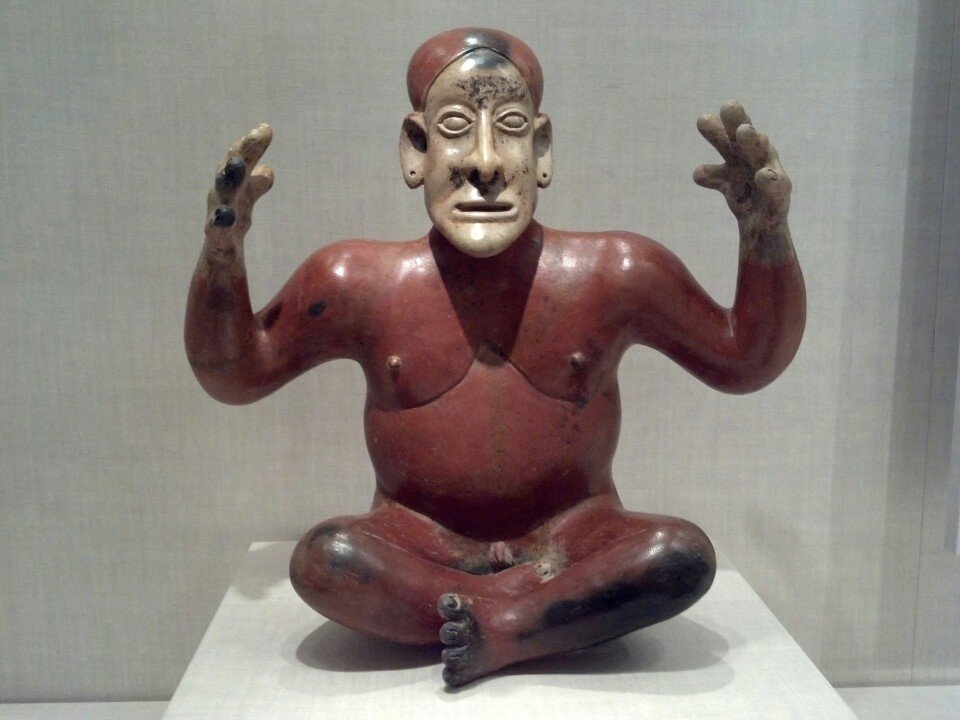 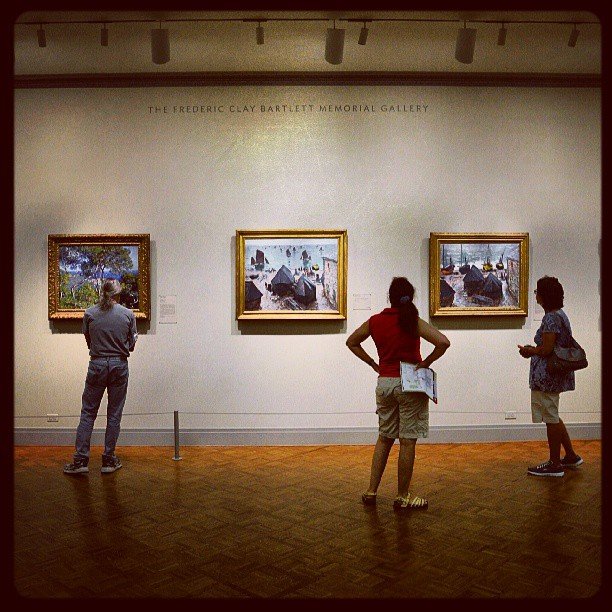 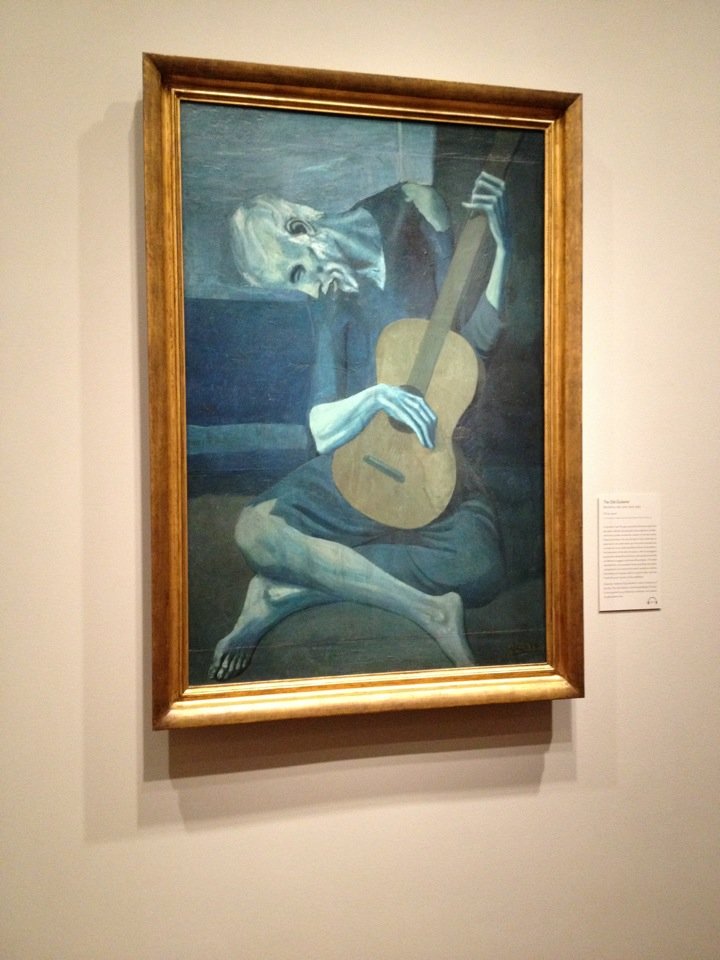 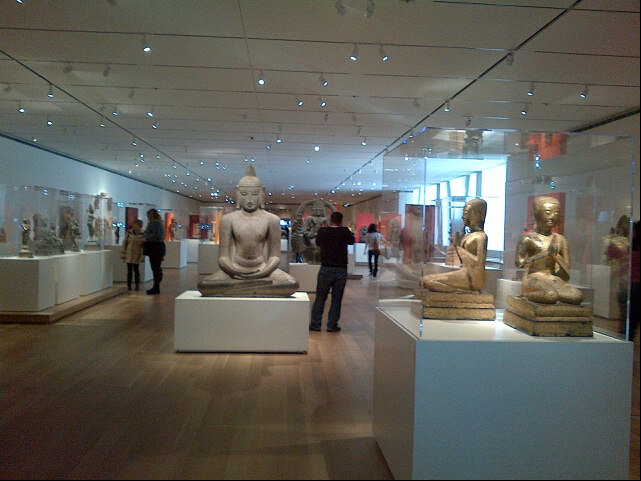 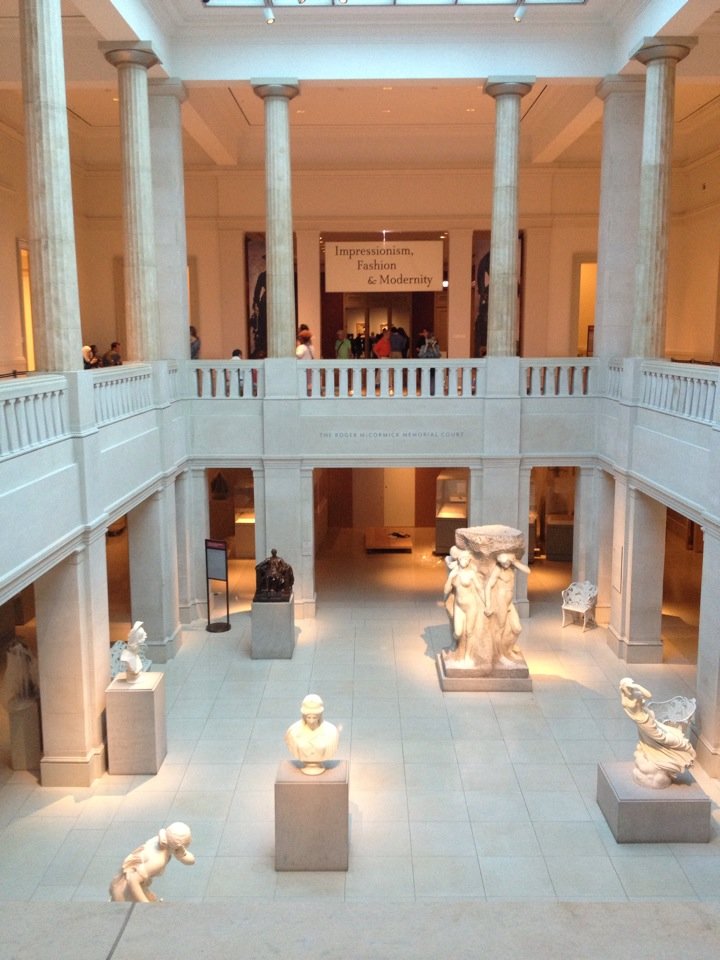 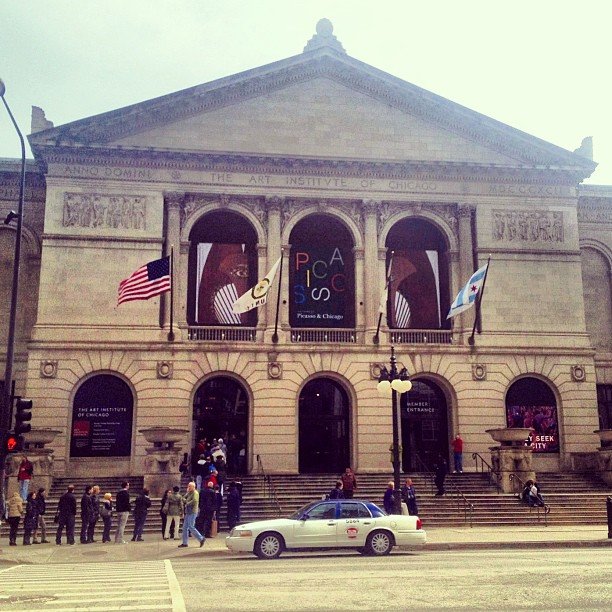 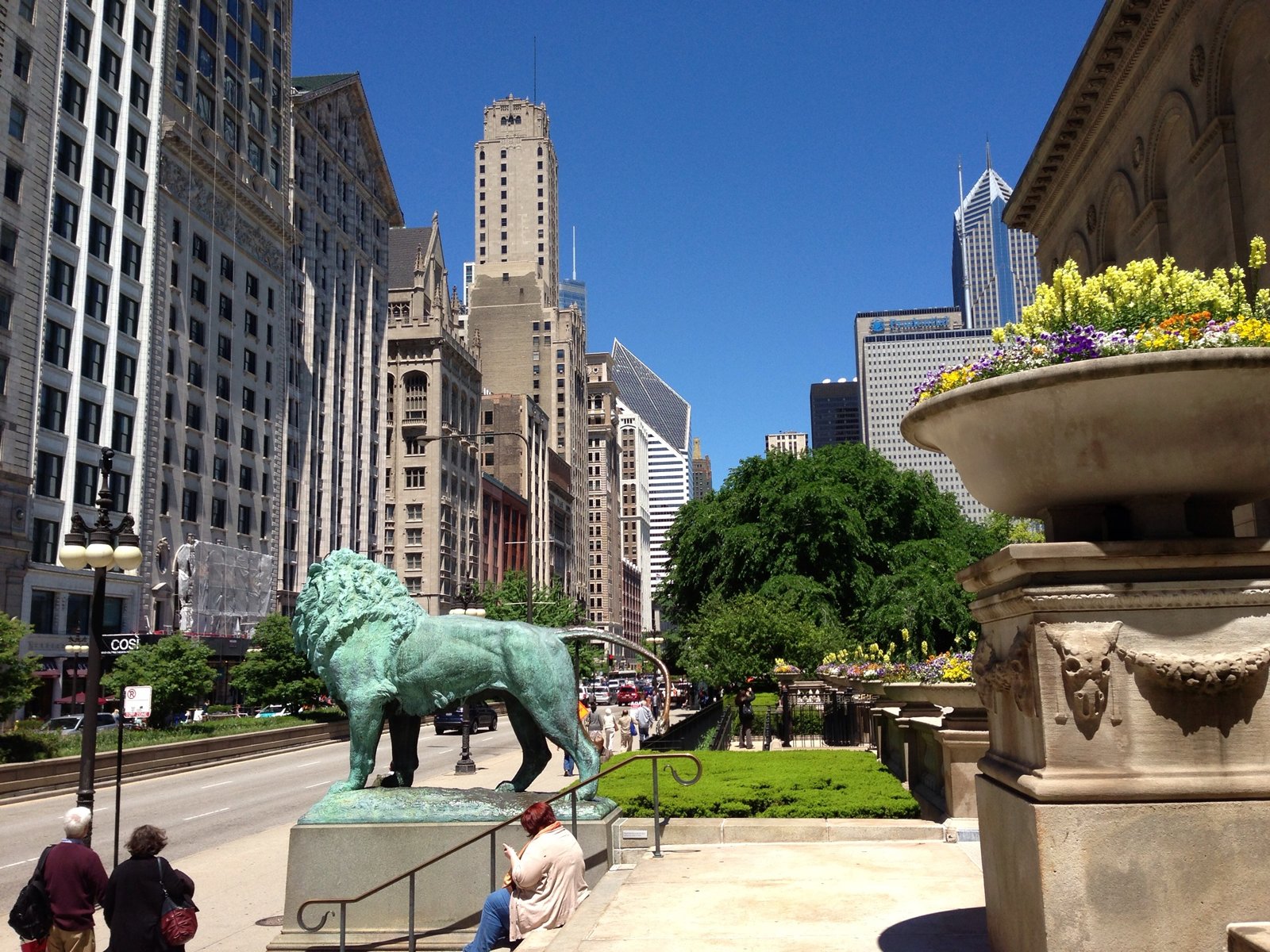 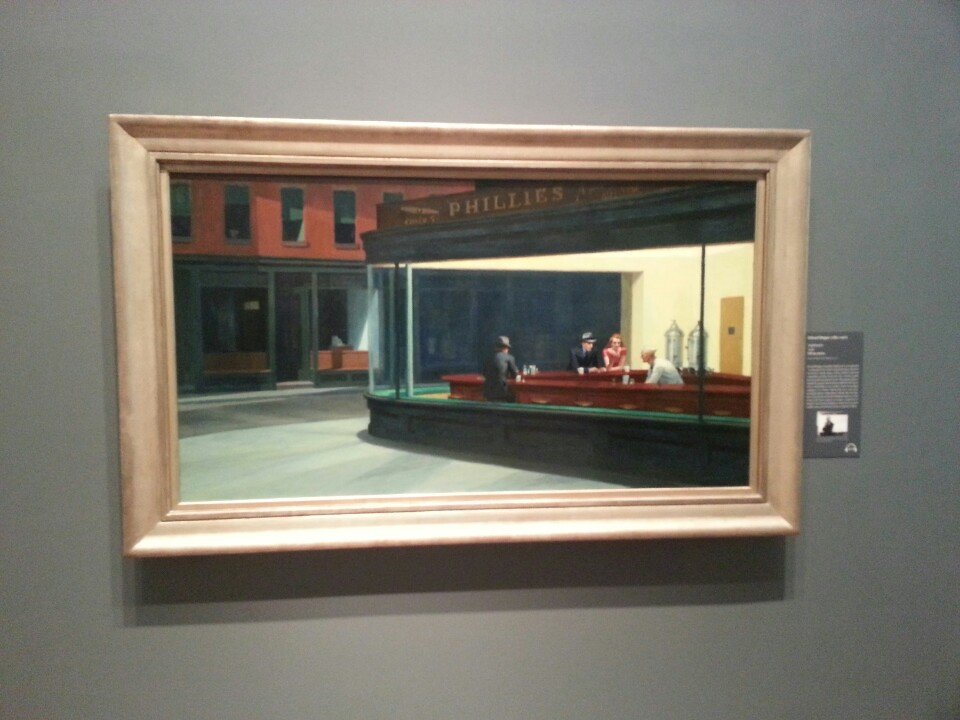 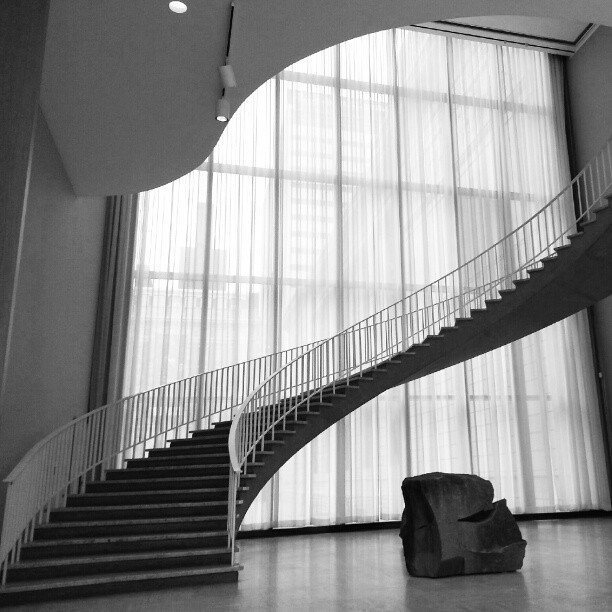 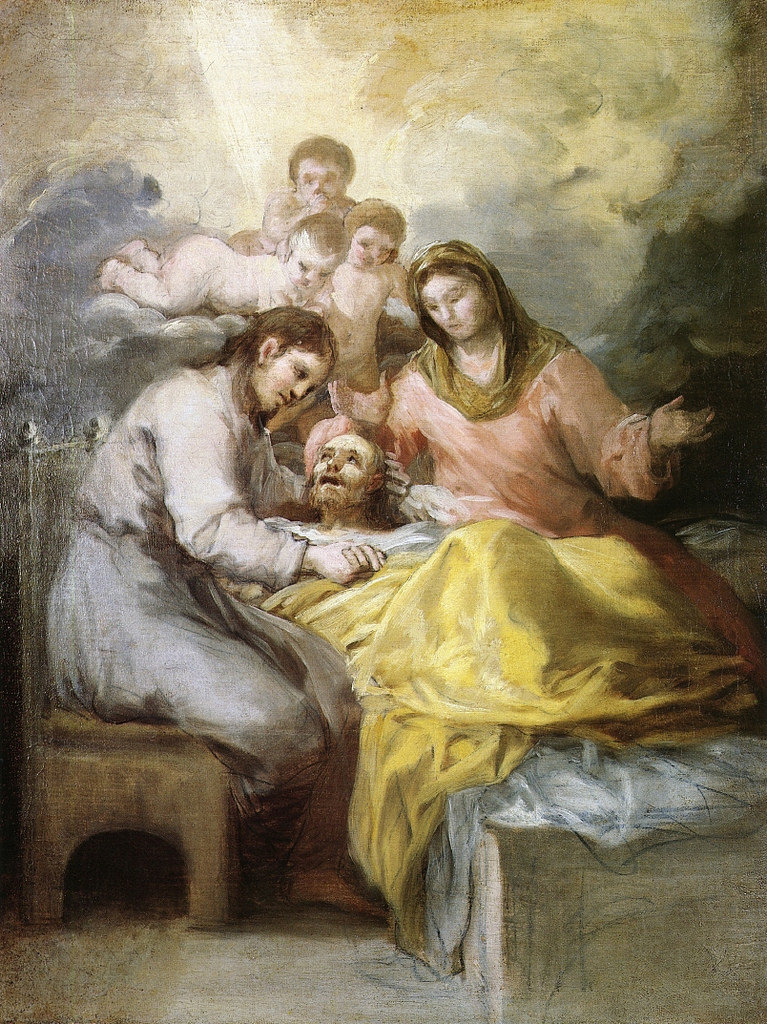 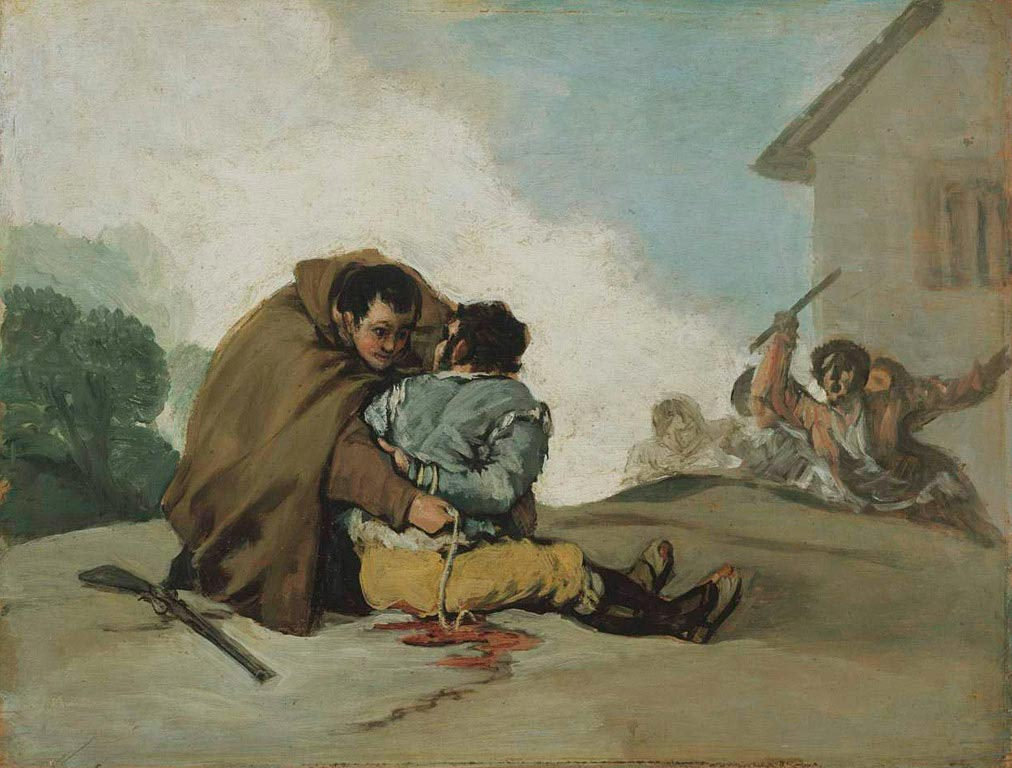 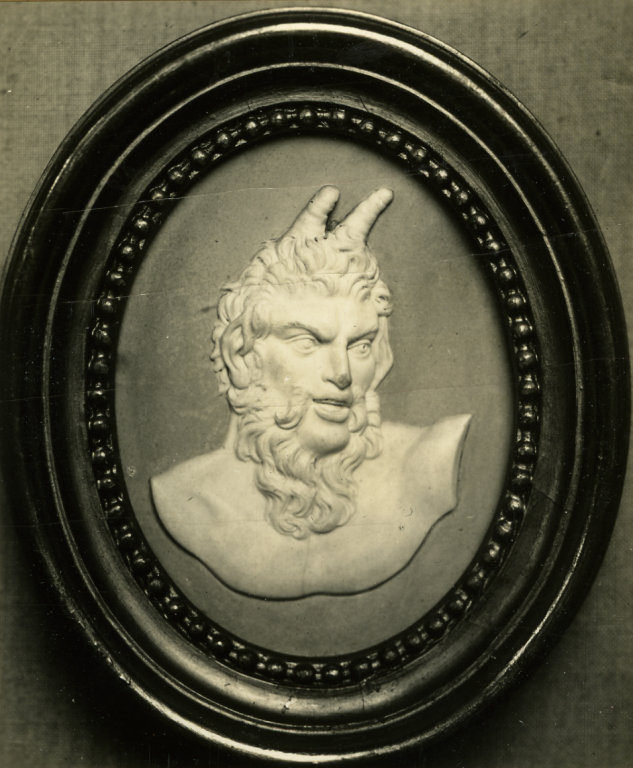 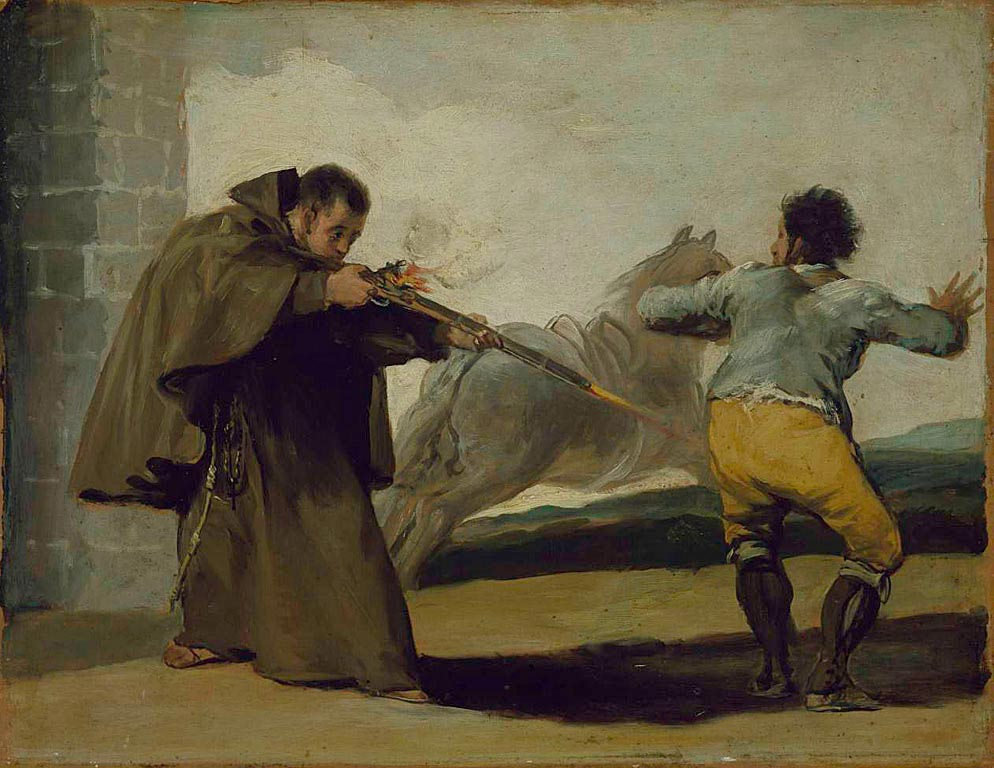 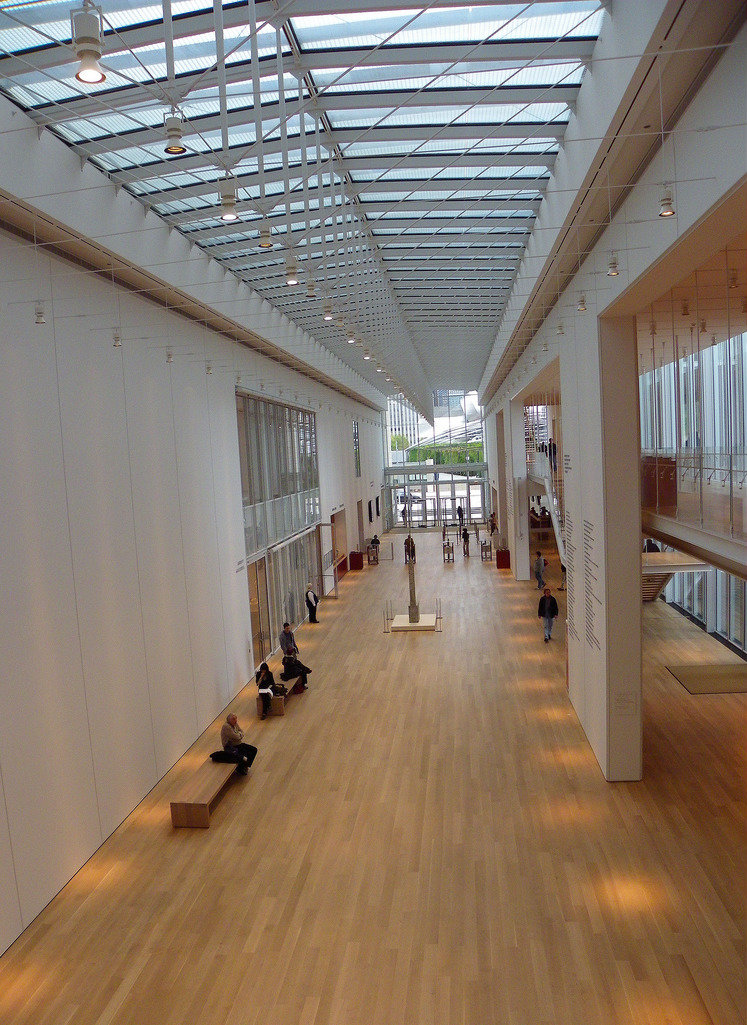 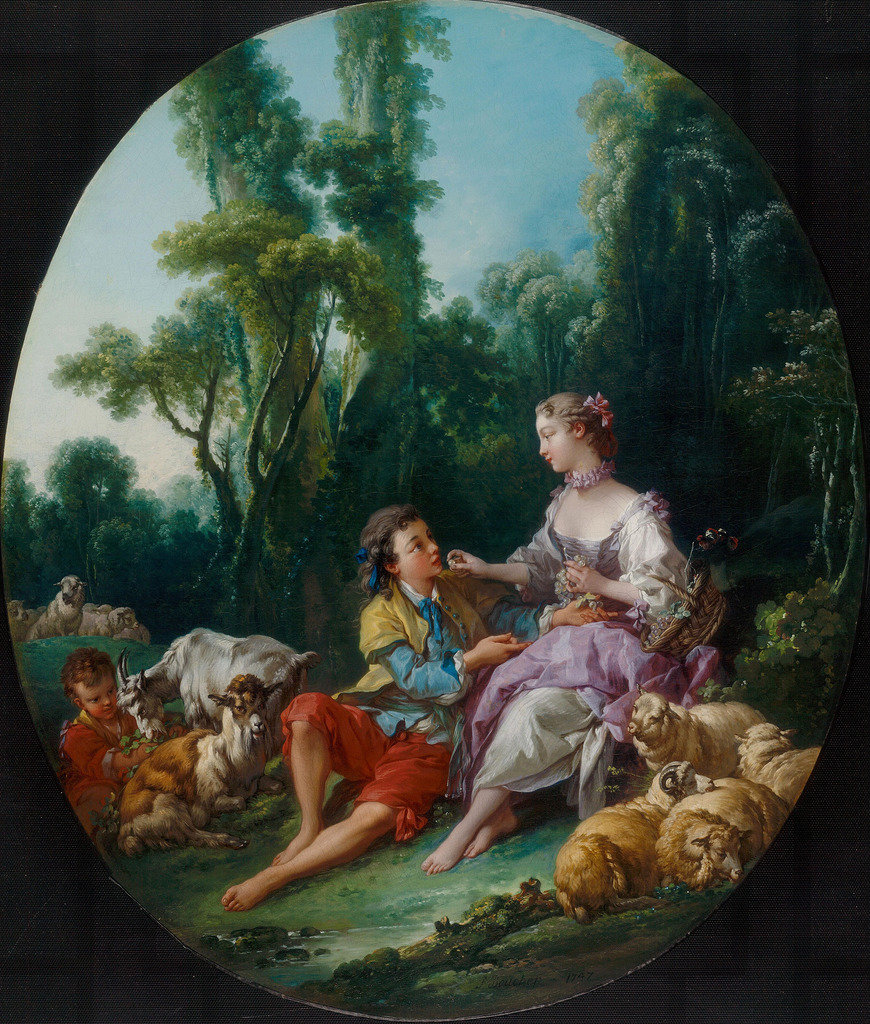 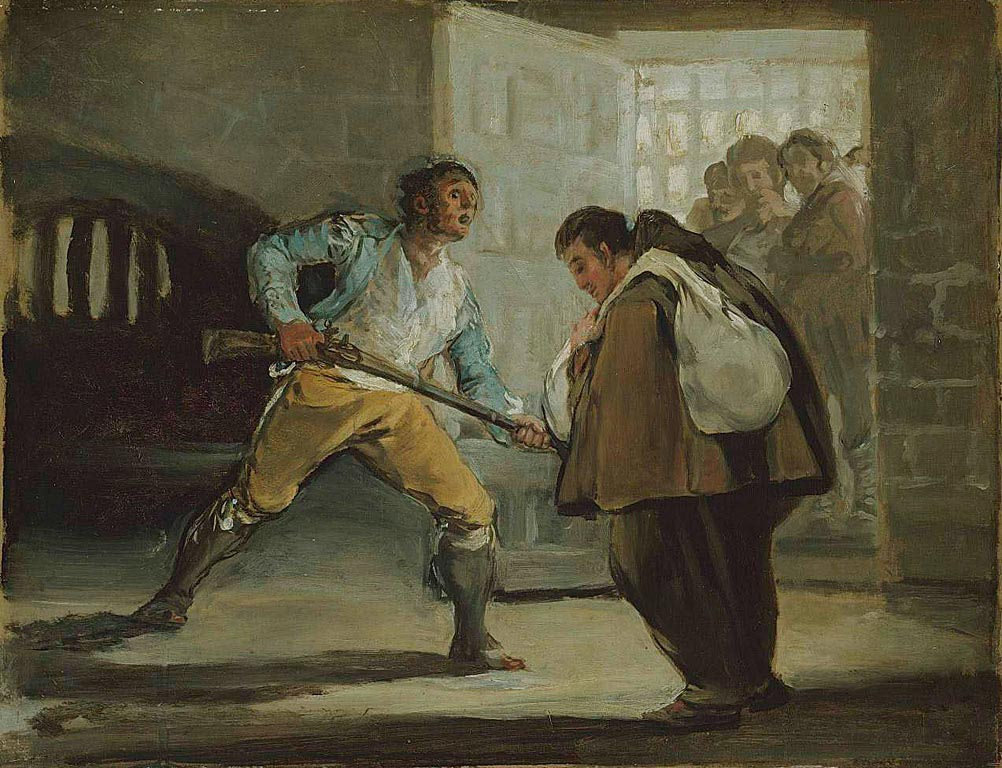 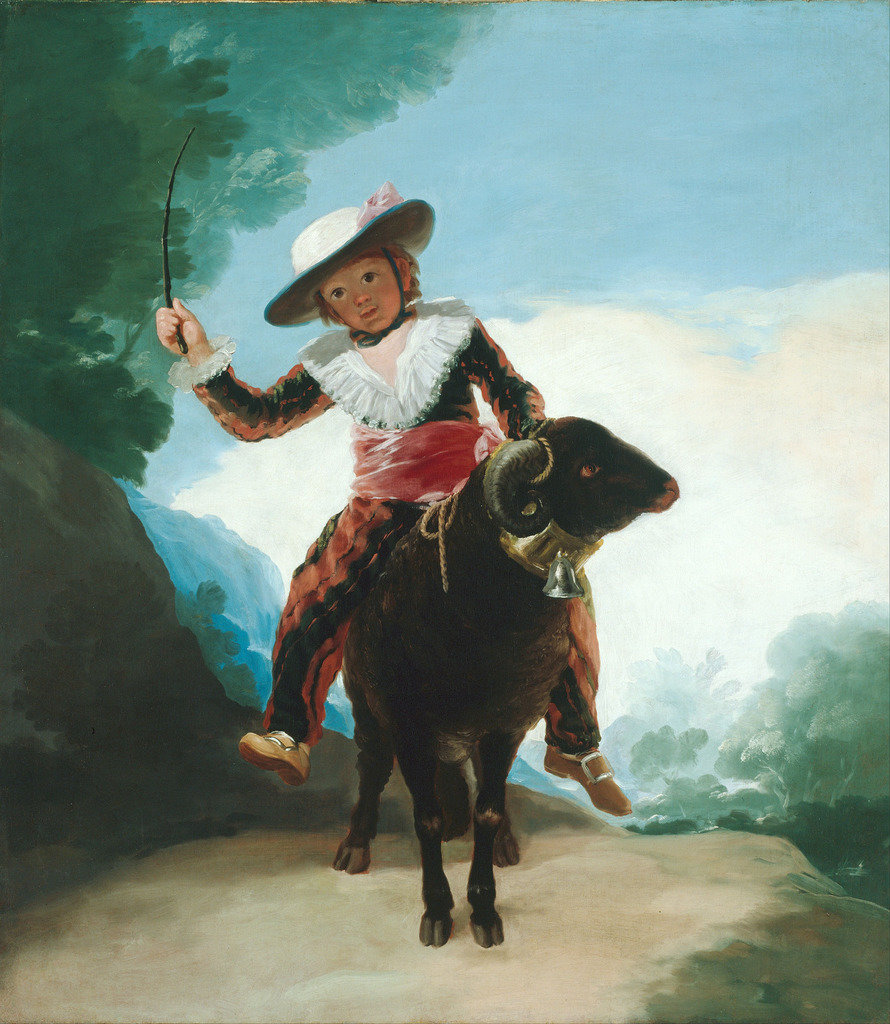