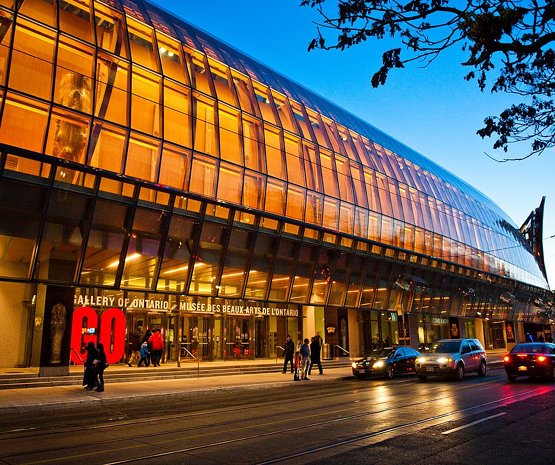 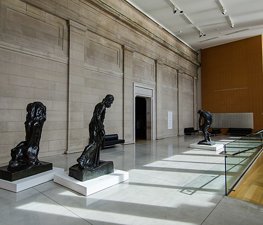 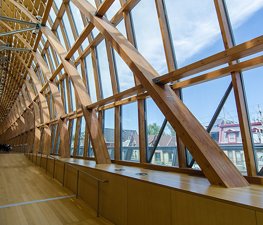 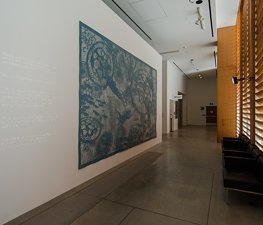 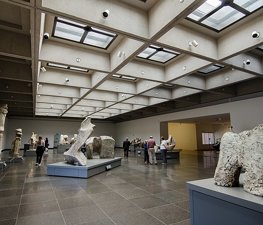 The Art Gallery of Ontario (AGO) (French: Musée des beaux-arts de l'Ontario) is an art museum on the eastern edge of Toronto's downtown Chinatown district, on Dundas Street West between McCaul Street and Beverley Street. With 45,000 square metres (480,000 sq ft) of physical space, the AGO is the 10th largest art museum in North America.

Its collection includes more than 68,000 works spanning the 1st century to the present-day. It includes the world's largest collection of Canadian art, which depicts the development of Canada's heritage from pre-Confederation to the present. Indeed, works by Canadian artists make up more than half of the AGO's collection. The museum also has an impressive collection of European art, including the most important collection of Medieval and Renaissance decorative arts outside Europe and the United States, major works by Tintoretto, Gian Lorenzo Bernini, Peter Paul Rubens, Rembrandt van Rijn, Thomas Gainsborough, Anthony van Dyck, Emile Antoine Bourdelle, and Frans Hals, and works by other renowned artists such as Pablo Picasso, Auguste Rodin, Vincent Van Gogh, and Edgar Degas. In addition to these, the AGO also has one of the most significant collections of African art in North America, as well as a contemporary art collection illustrating the evolution of modern artistic movements in Canada, the United States, and Europe, including works by Andy Warhol, Claes Oldenburg, and Jenny Holzer. Finally, the AGO is home to the Henry Moore Sculpture Centre, which houses the largest public collection of works by this British sculptor. Moore's bronze work, Two Large Forms (1966–1969) greets visitors at the museum's north façade, at the intersection of Dundas and McCaul Streets.

The current location of the AGO dates to 1910, when the gallery was willed the estate known as the Grange, a historic Georgian manor built in 1817, upon the death of Goldwin Smith. In 1911, the museum leased lands to the south of the manor to the City of Toronto in perpetuity so as to create Grange Park. In 1920, the museum also allowed the Ontario College of Art to construct a building on the grounds.

The museum's first formal exhibitions were opened in the Grange in 1913. In 1916, the museum decided to begin construction of a small portion of a planned new gallery building. Designed by Pearson and Darling in the Beaux-Arts style, excavation of the new facility began in 1916, and the first galleries opened in 1918. Expansion throughout the 20th century added various galleries, culminating in 1993, which left the AGO with 38,400 square metres (413,000 sq ft) of interior space.

Under the direction of its CEO Matthew Teitelbaum, the AGO embarked on a $254 million (later increased to $276 million) redevelopment plan by architect Frank Gehry in 2004, called Transformation AGO. The new addition would require demolition of the 1992 Post-Modernist wing by Barton Myers and Kuwabara Payne McKenna Blumberg Architects (KPMB). Although Gehry was born in Toronto, and as a child had lived in the same neighbourhood as the AGO, the expansion of the gallery represented his first work in Canada. Gehry was commissioned to expand and revitalize the AGO, not to design a new building; as such, one of the challenges he faced was to unite the disparate areas of the building that had become a bit of a "hodgepodge" after six previous expansions dating back to the 1920s.

Kenneth Thomson was a major benefactor of Transformation AGO, donating much of his art collection to the gallery as well as providing $50 million towards the renovation. Thomson died in 2006, two years before the project was complete.

The project initially drew some criticism. As an expansion, rather than a new creation, concerns were raised that the new AGO would not look like a Gehry signature building, and that the opportunity to build an entirely new gallery, perhaps on Toronto's waterfront, was being squandered. During the course of the redevelopment planning, board member and patron Joey Tanenbaum temporarily resigned his position due to concerns over donor recognition, design issues surrounding the new building, as well as the cost of the project. The public rift was subsequently healed.

The AGO reopened in November 2008, with the transformation project having increased the art viewing space by 47%. Notable elements of the expanded building include a new entrance aligned with the gallery's historic Walker Court and the Grange, and a new four-storey south wing, clad in glass and blue titanium, overlooking both the Grange and Grange Park. The outwardly most characteristic element of the design however is a new glass and wood façade - the Galleria Italia - spanning 180 metres (590 ft) along Dundas Street; it was named in recognition of a $13million contribution by 26 Italian-Canadian families of Toronto, a funding consortium led by Tony Gagliano, who currently serves as the President of the AGO's Board of Trustees.

The completed expansion received wide acclaim, notably for the restraint of its design. An editorial in the Globe and Mail called it a "restrained masterpiece", noting: "The proof of Mr. Gehry's genius lies in his deft adaptation to unusual circumstances. By his standards, it was to be done on the cheap, for a mere $276-million. The museum's administrators and neighbours were adamant that the architect, who is used to being handed whole city blocks for over-the-top titanium confections, produce a lower-key design, sensitive to its context and the gallery's long history." The Toronto Star called it "the easiest, most effortless and relaxed architectural masterpiece this city has seen", with the Washington Post commenting: "Gehry's real accomplishment in Toronto is the reprogramming of a complicated amalgam of old spaces. That's not sexy, like titanium curves, but it's essential to the project." The architecture critic of the New York Times wrote: "Rather than a tumultuous creation, this may be one of Mr. Gehry’s most gentle and self-possessed designs. It is not a perfect building, yet its billowing glass facade, which evokes a crystal ship drifting through the city, is a masterly example of how to breathe life into a staid old structure. And its interiors underscore one of the most underrated dimensions of Mr. Gehry’s immense talent: a supple feel for context and an ability to balance exuberance with delicious moments of restraint. Instead of tearing apart the old museum, Mr. Gehry carefully threaded new ramps, walkways and stairs through the original."

In keeping with web 2.0 trends, the AGO has initiated a social media website called Collection X, which provides users with a space to share ideas about life and art. Collection X showcases the work of contemporary photographers and visual artists and gives users the ability to discuss the works, create online exhibitions and upload their own content.

Art Gallery of Ontario
Did you know that the AGO's spiral staircase, designed by Frank Gehry, is purposefully narrow so that people could bump into each other and fall in love. Ahhh!

Costas Lazarides
At $CA 25 it is the most I have paid for entrance at a museum. But it boasts an impressive collection thanks to its founders, benefactors and private collections that were once enjoyed by a lucky few.

Rebecca Raia
The best thing about this museum is the architecture, it is a lovely building. If you are visiting Toronto, make sure to stop by for a visit. Mixed feelings about their collection in view.

Way Benjamin
Gorgeous spiral stairs that lead up to the top floor gallery. Don’t forget to check out the basement which has many models of naval ships, mostly from Britain. It’s spectacular and often overlooked.

huiline
Right On: Maybe the best salad buffet in town every other Friday at the AGO Cafe. The exotic toppings seem to be disappearing as they may be having a hard time staying in the black. Best hidden gem

Tania M Pollok
The architecture alone is worth coming. Add the view as well as the Group of Seven exhibits to make an enjoyable and worthwhile visit. To see everything more visits are needed. Seems great for kids.
Load more comments
foursquare.com
9.2/10
Fernanda Amaral and 16,138 more people have been here
I've been here
Add to wishlist

Art Gallery of Ontario on Foursquare

See all hotels See all
The Hazelton Hotel

Swingsite was an art installation that consisted of a playground swing

1 Spadina Crescent is an academic building of the University of

Add to wishlist
I've been here
Visited
University of Toronto

The Canon Theatre is a historic theatre in Toronto, Ontario, Canada. 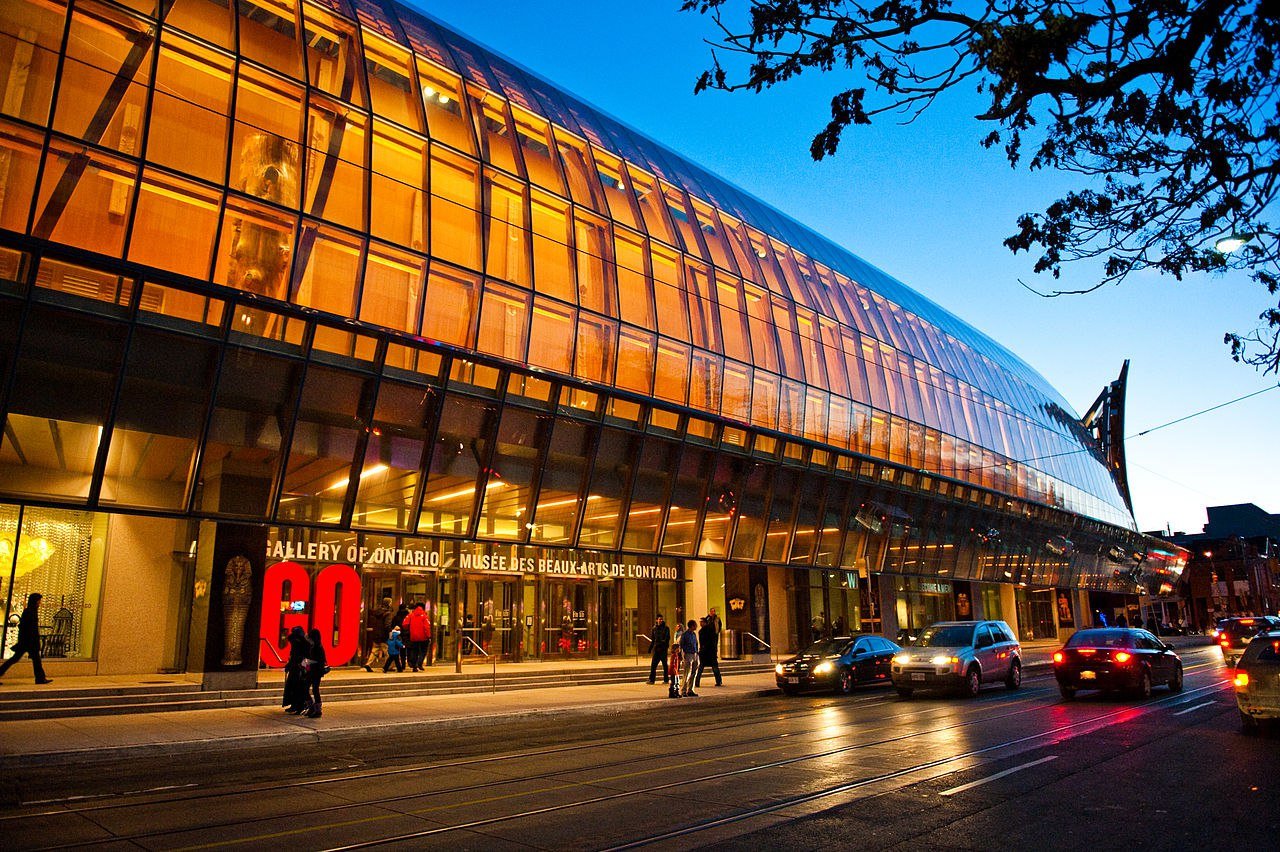 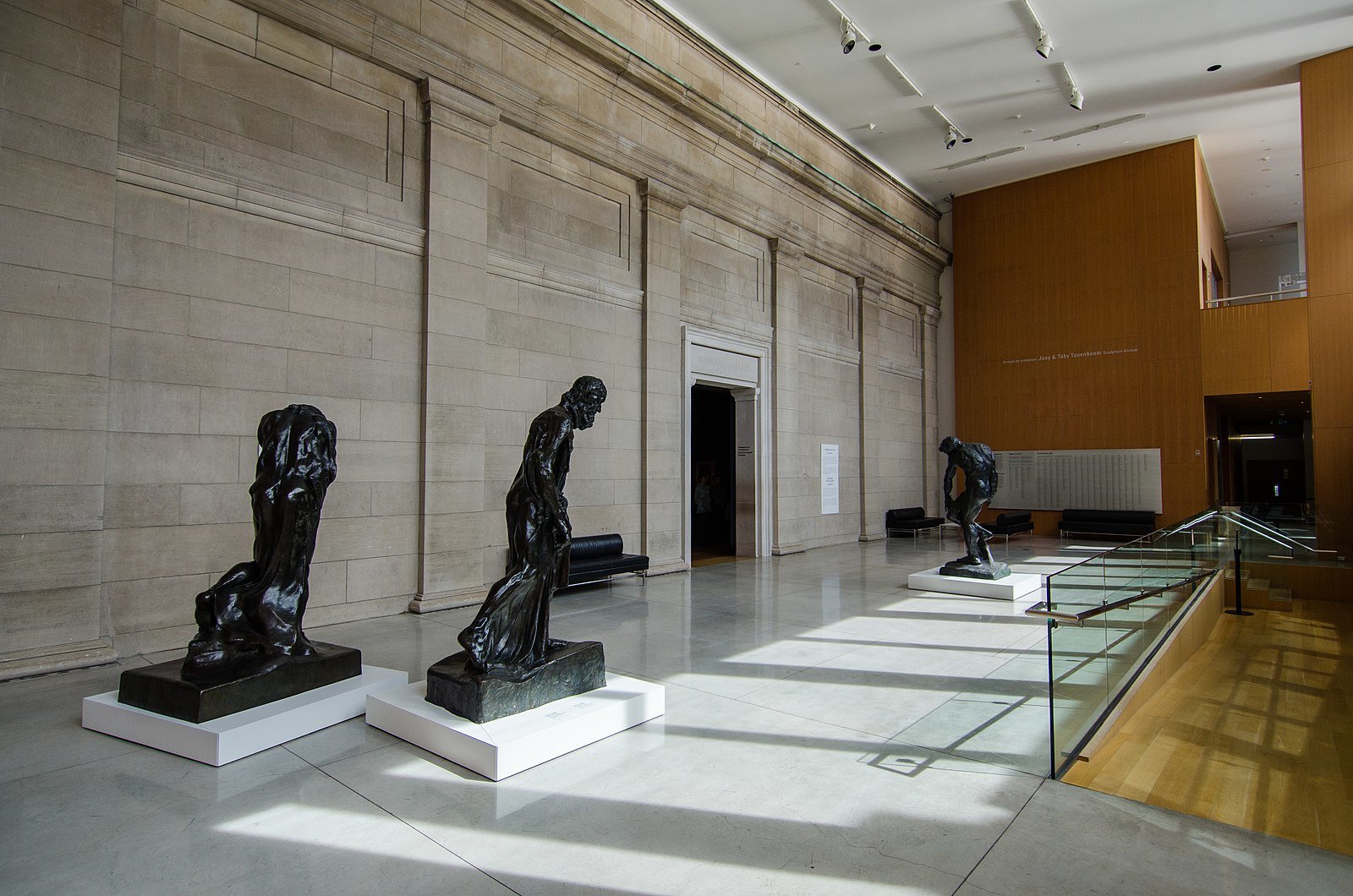 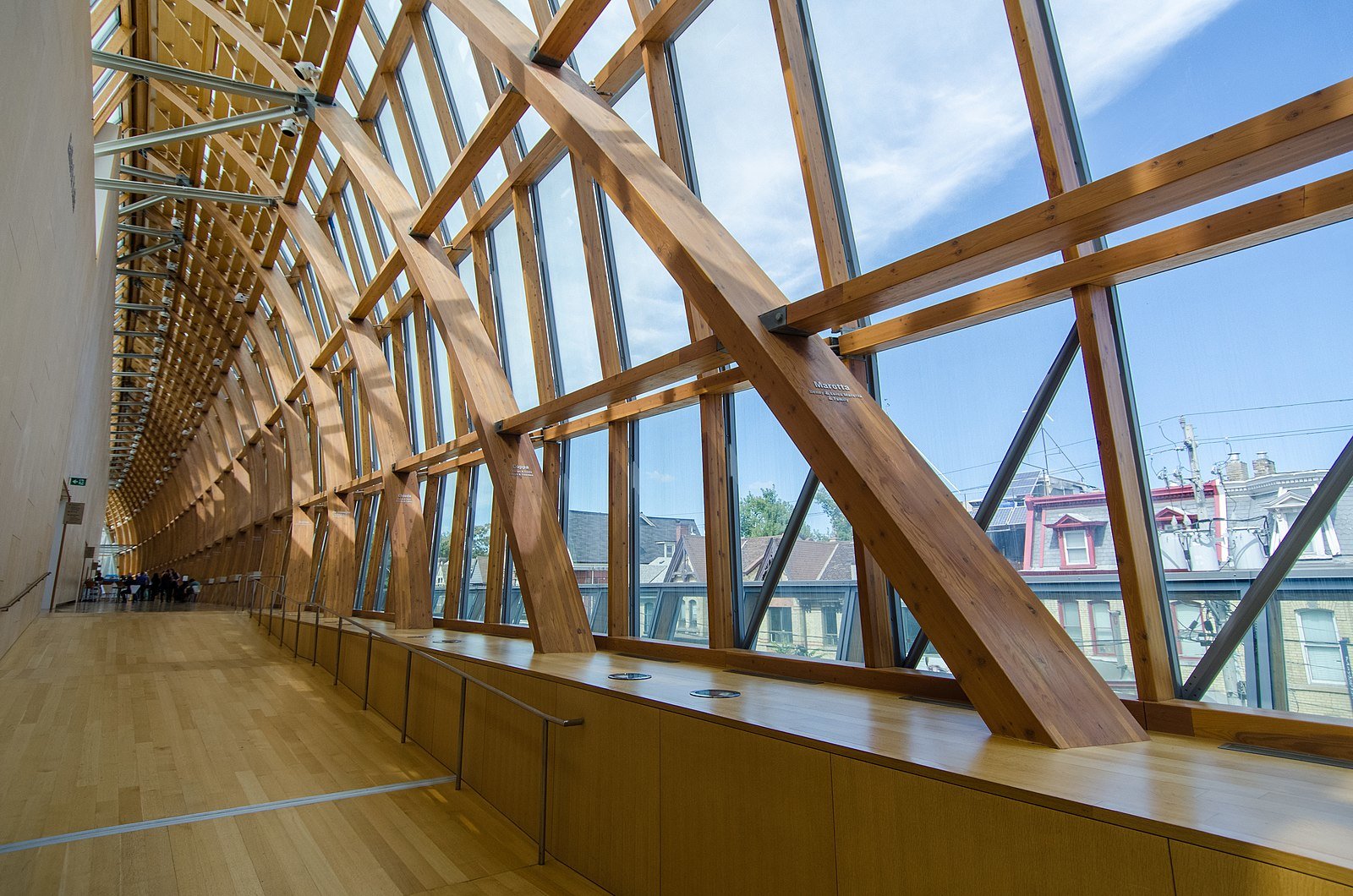 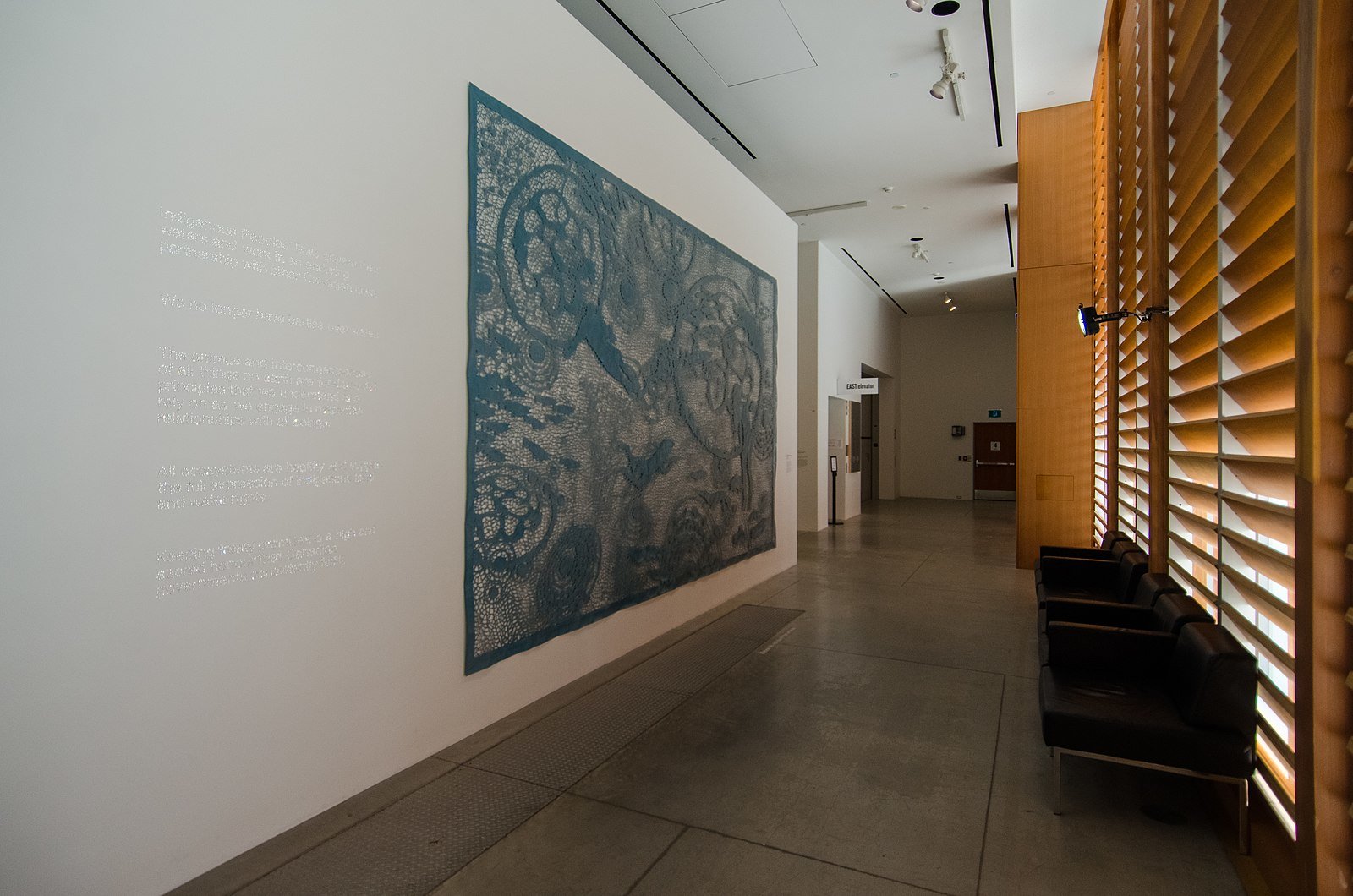 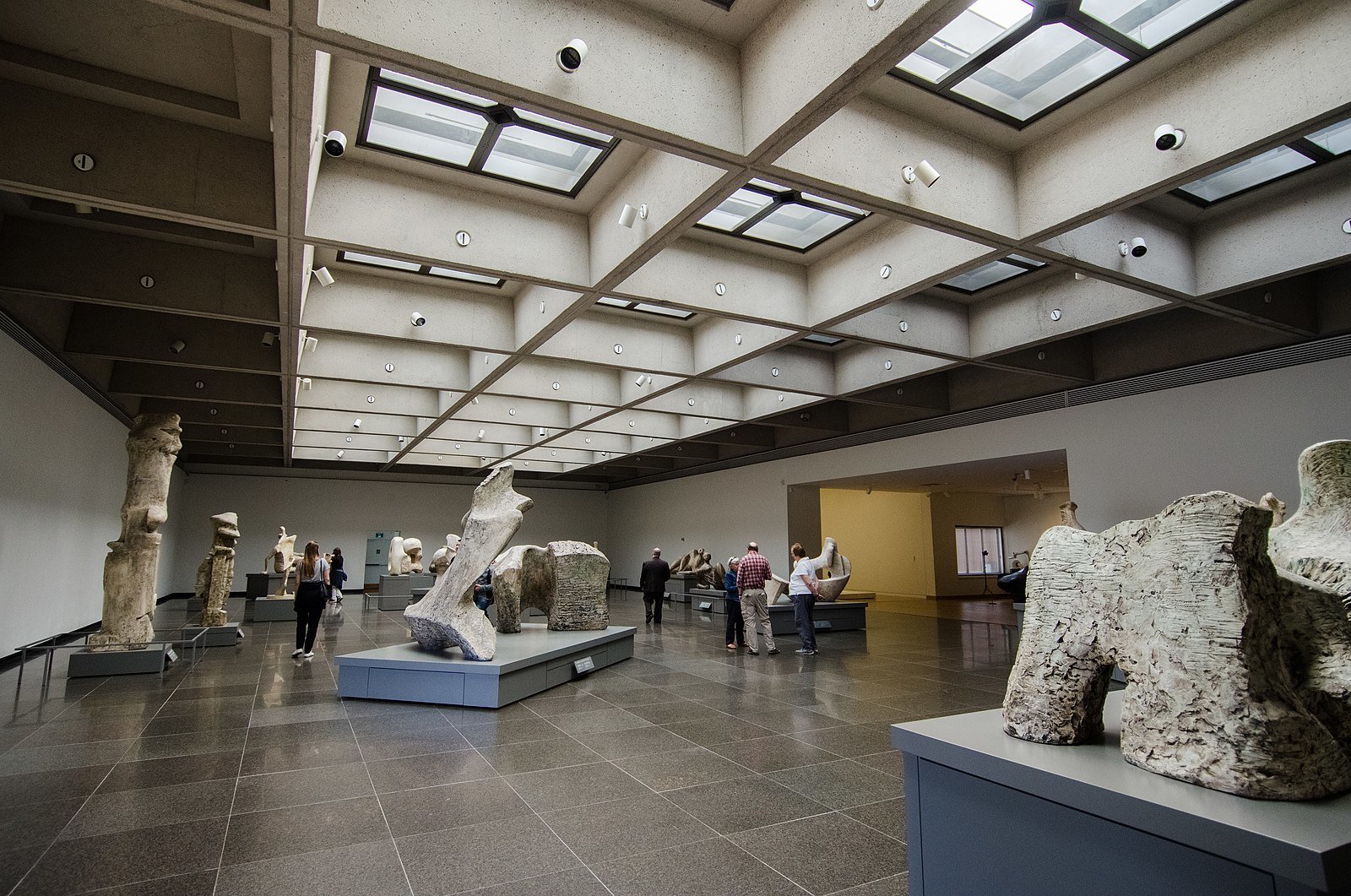 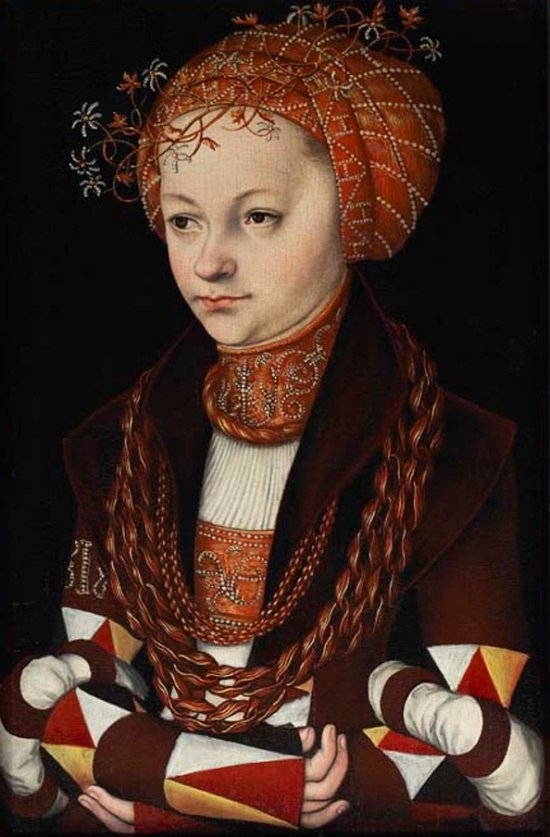 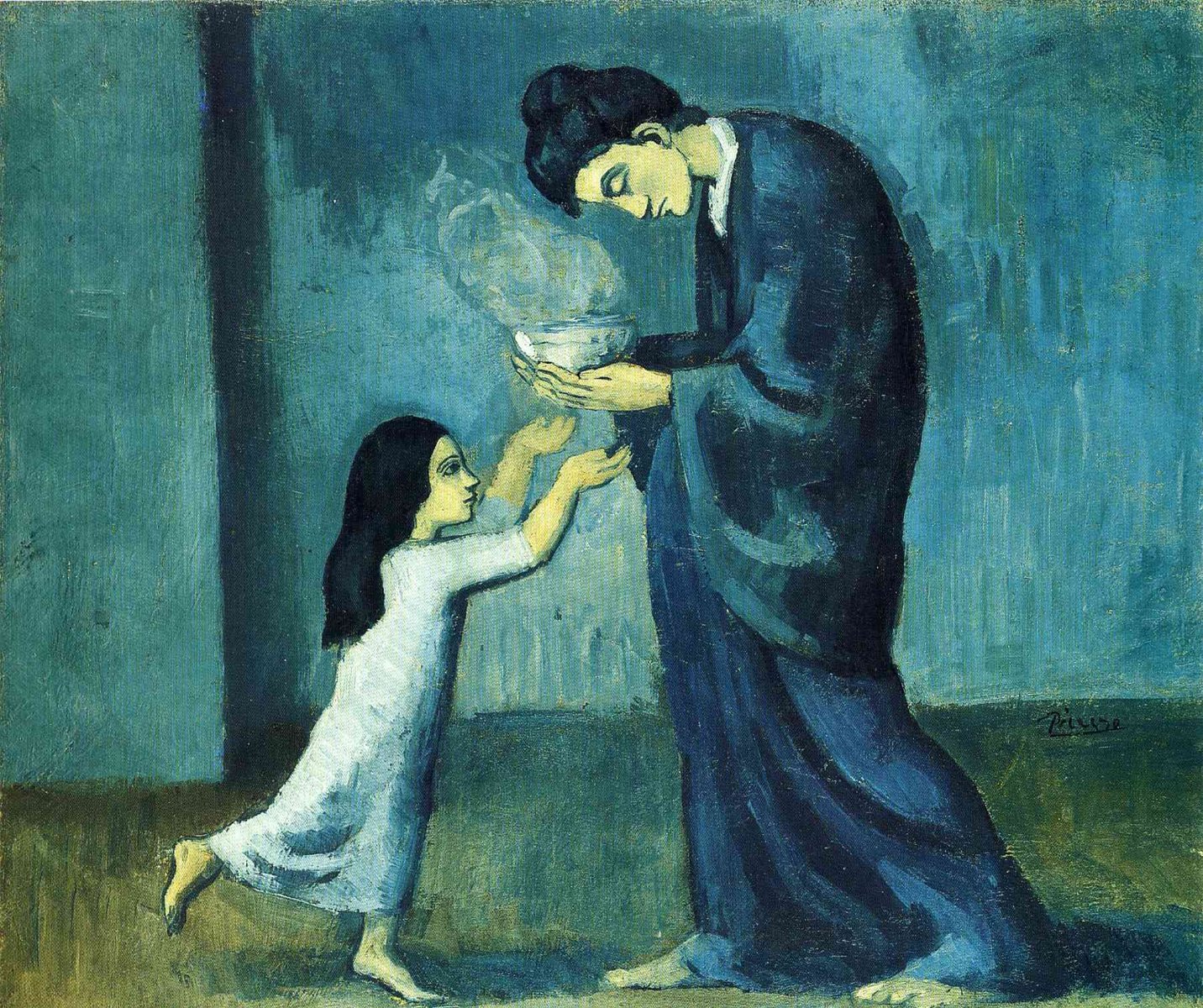 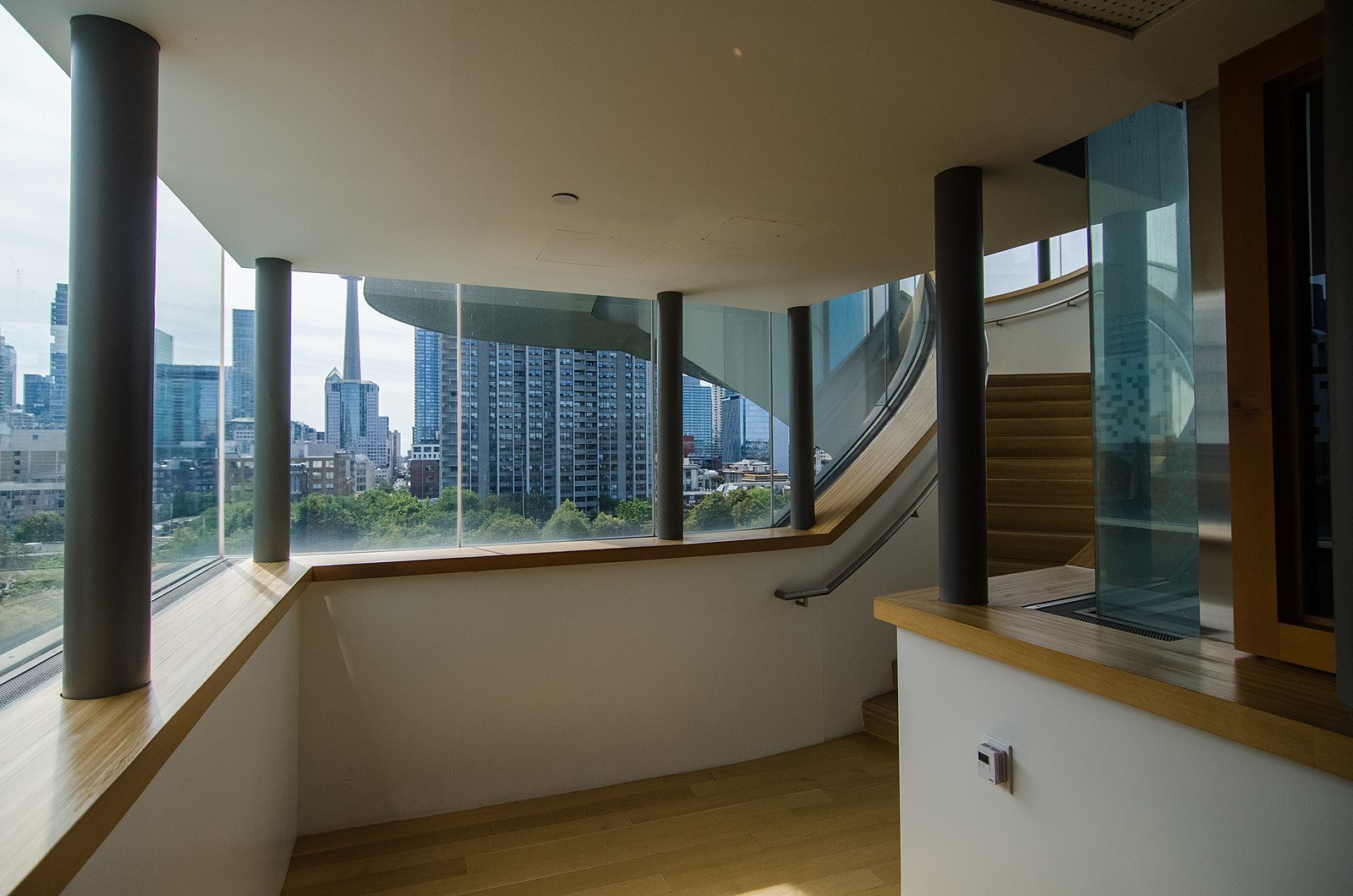 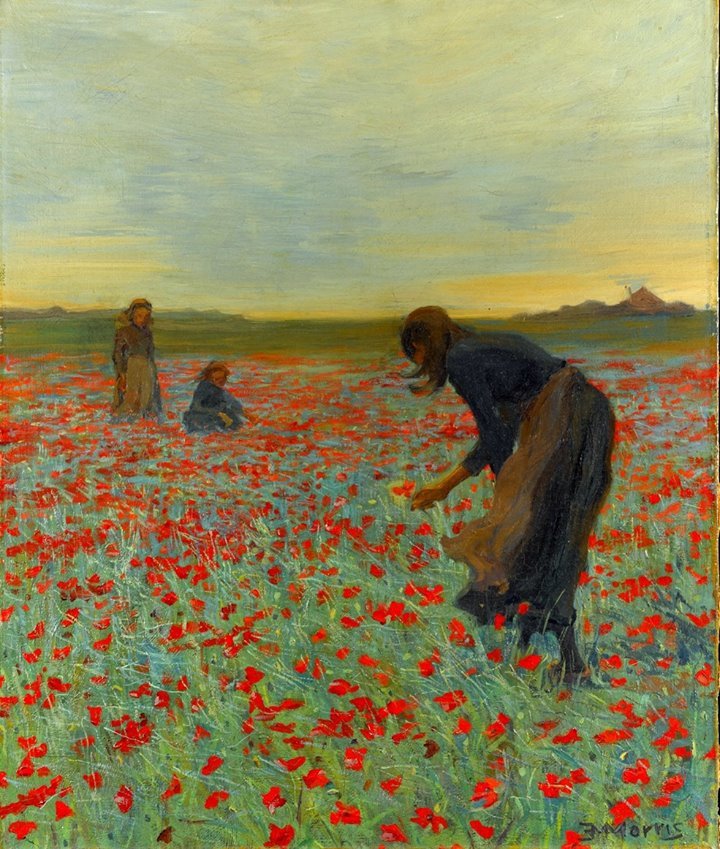 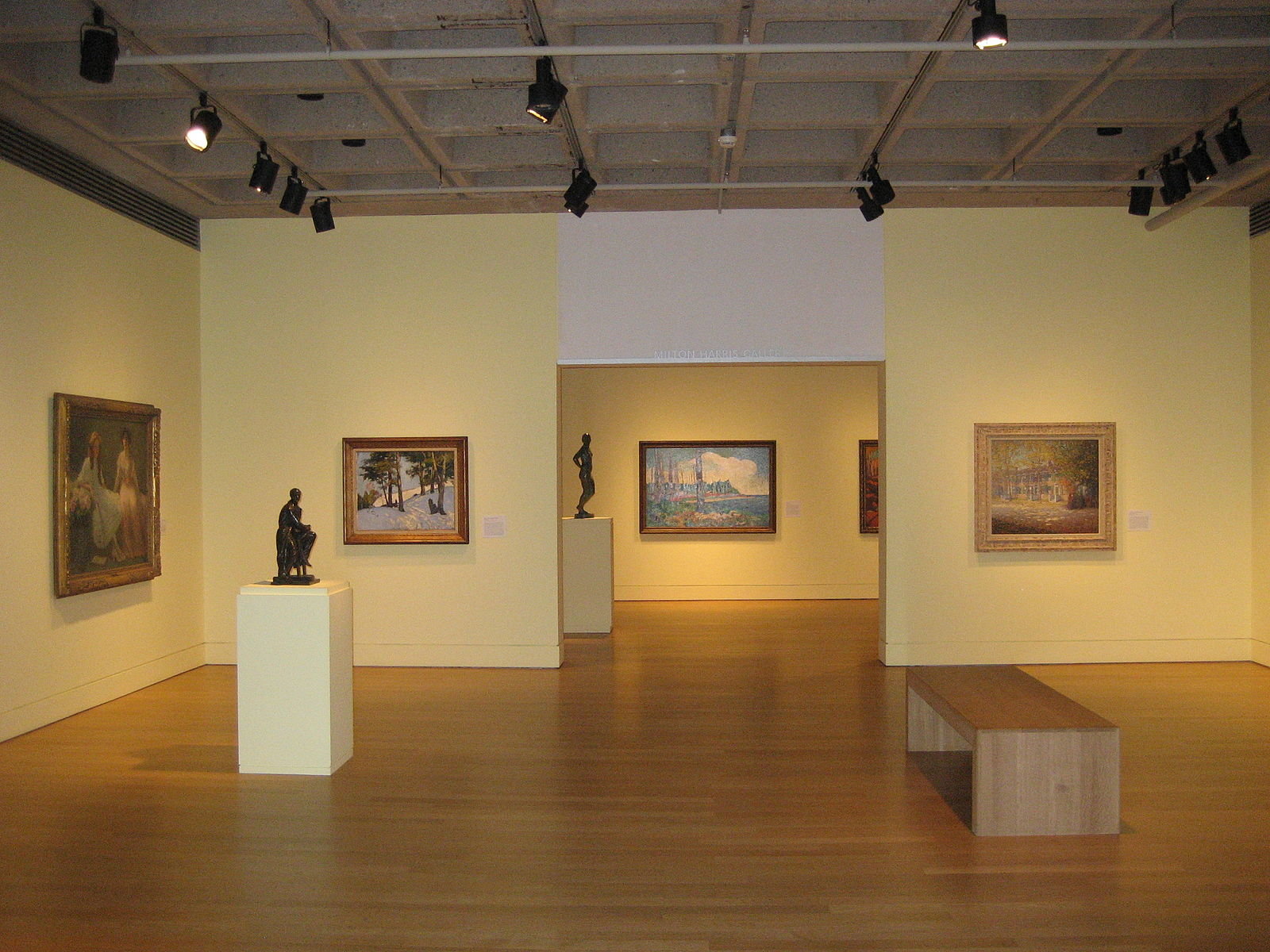 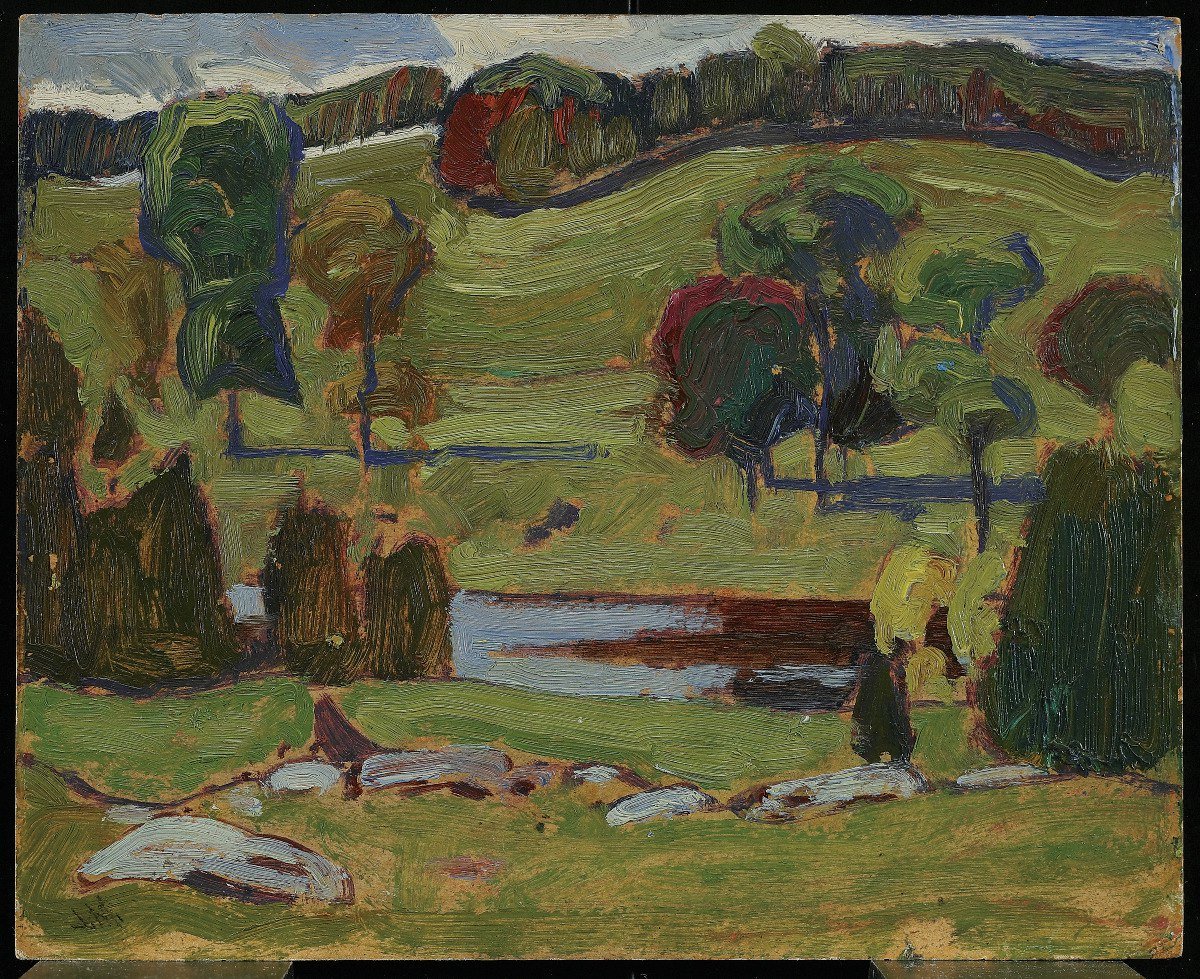 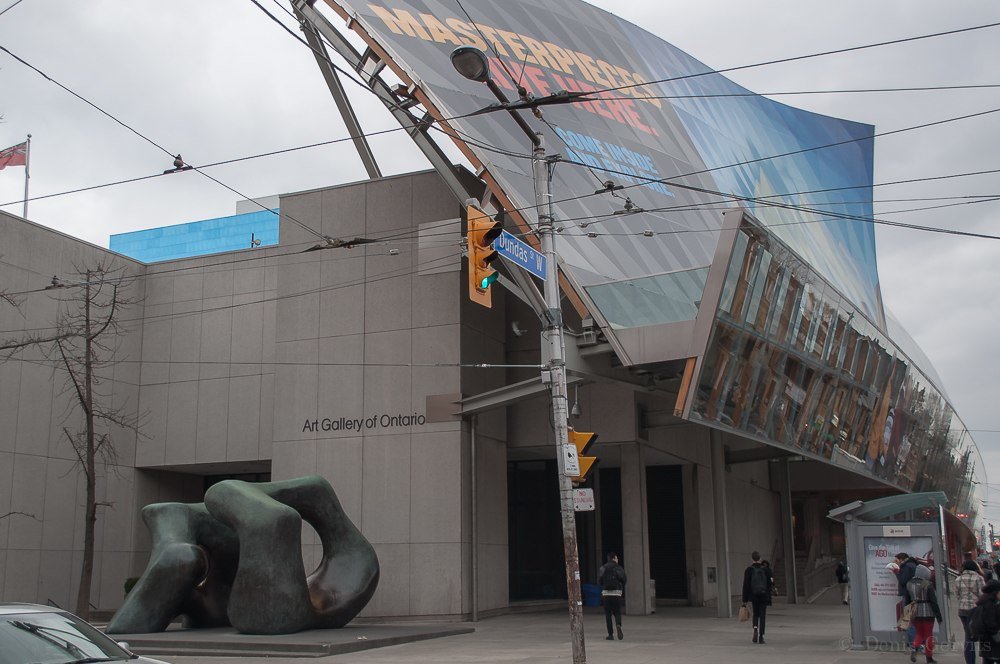 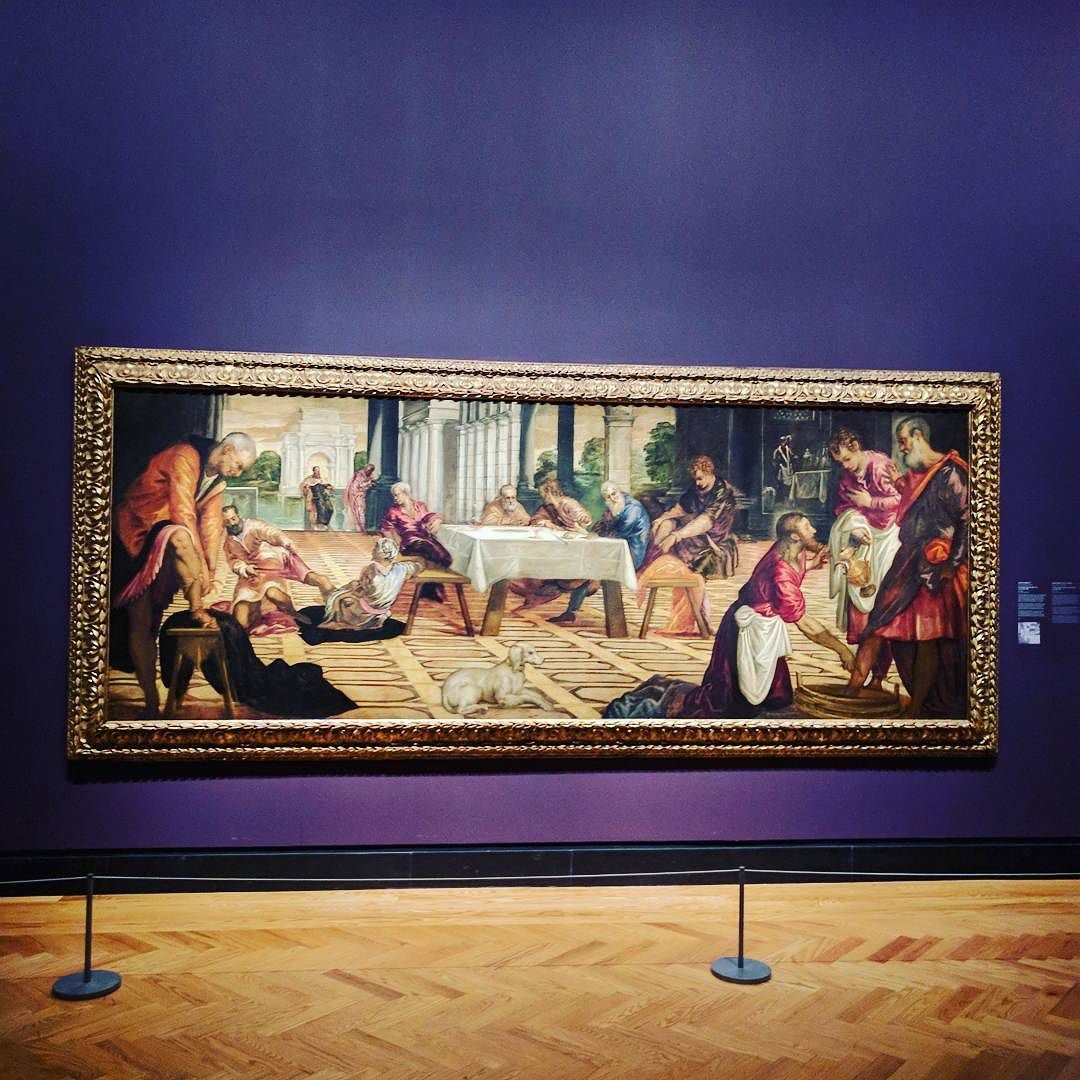 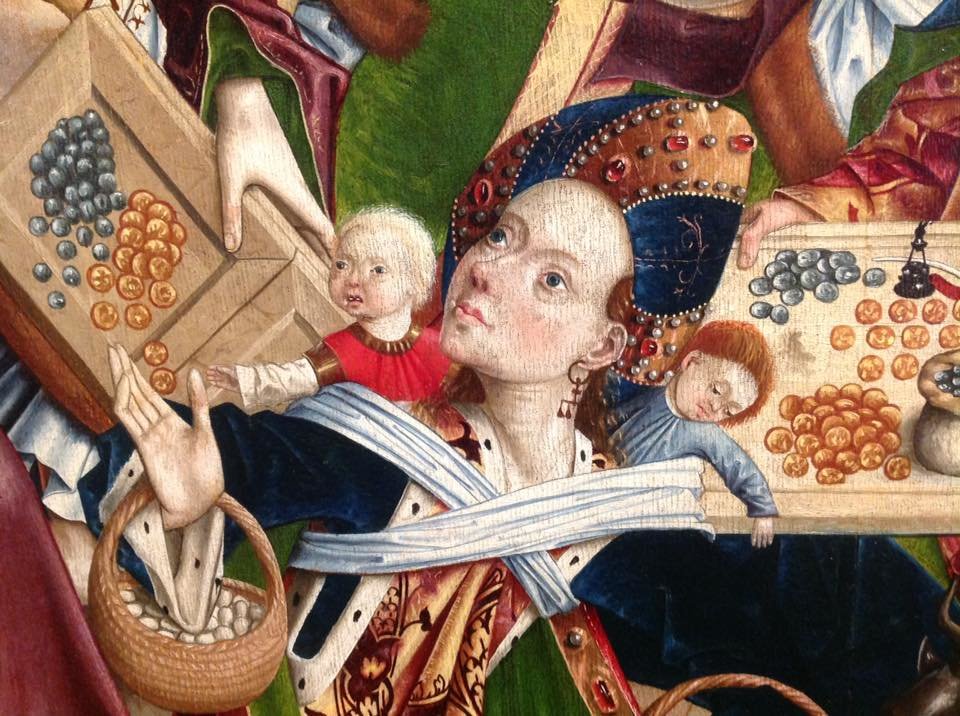 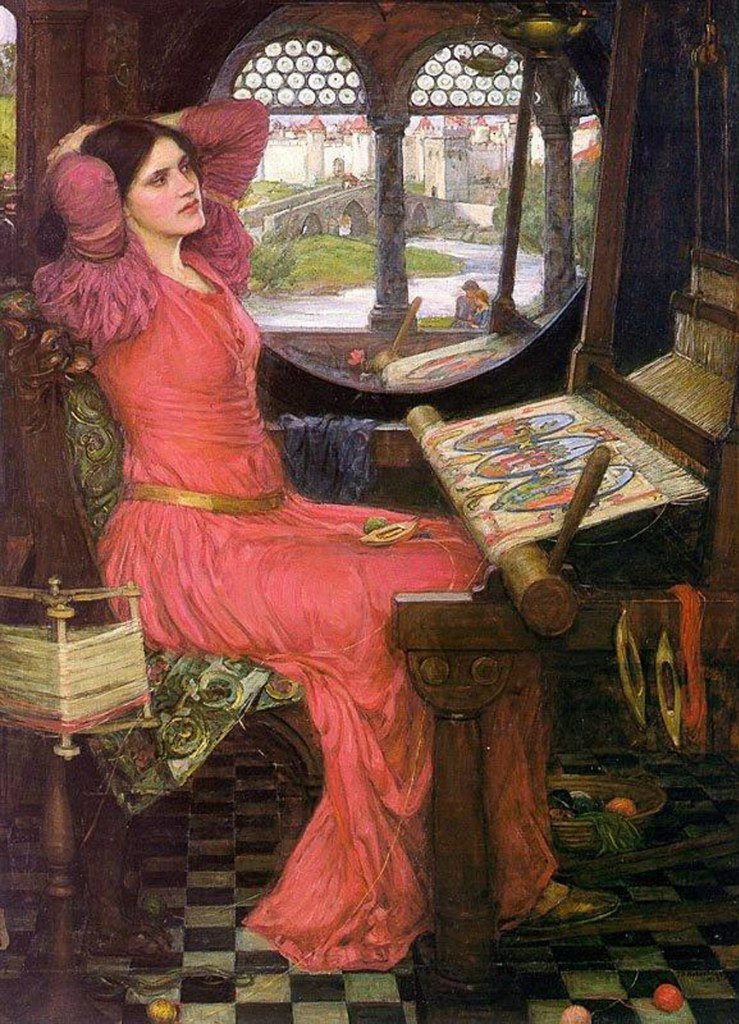 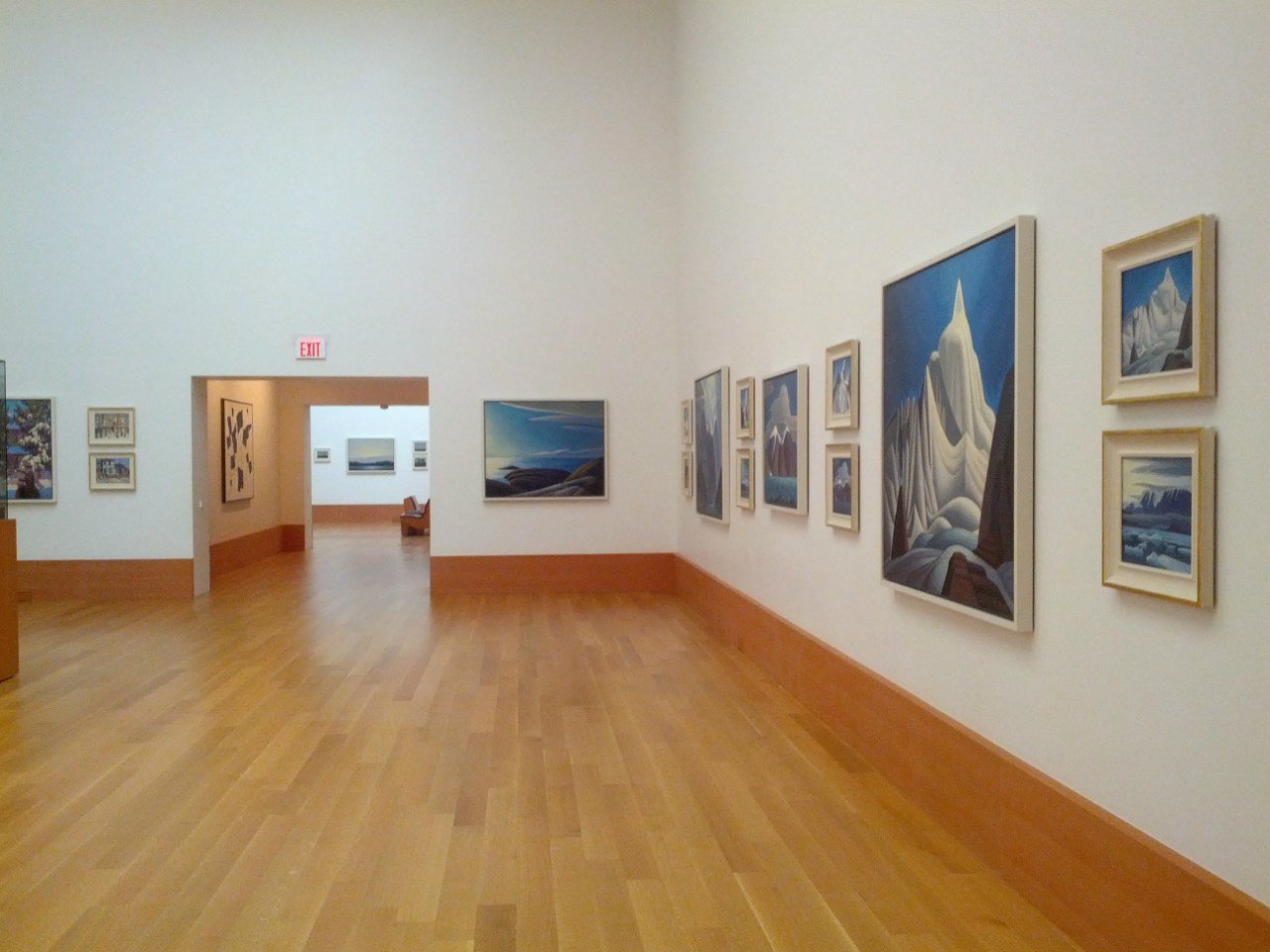 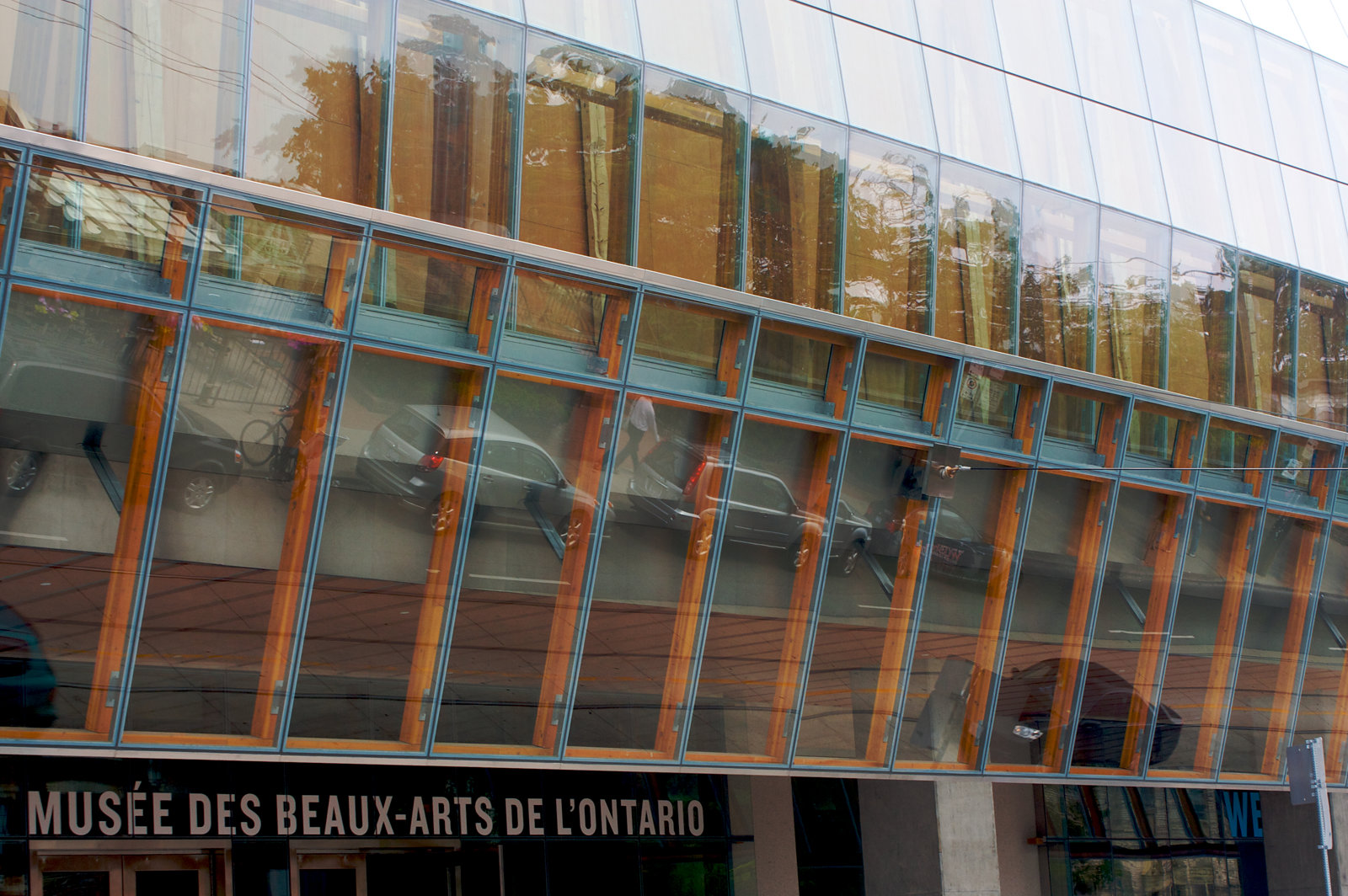 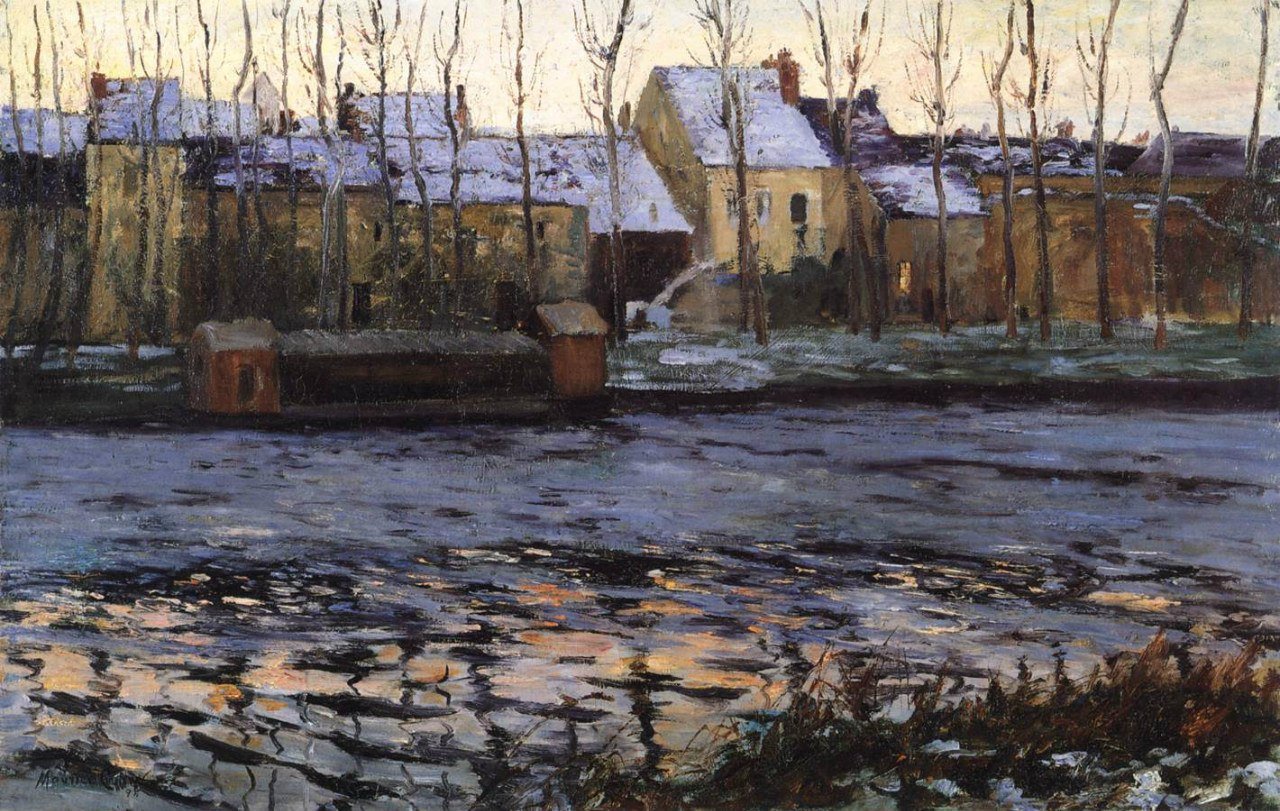