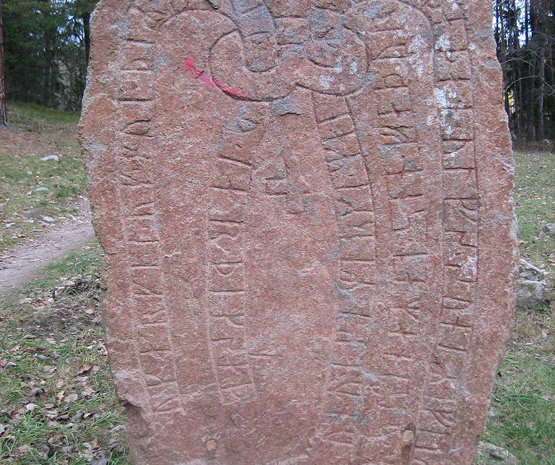 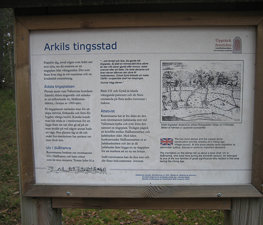 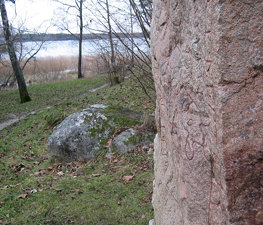 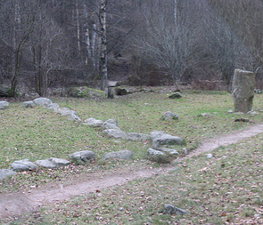 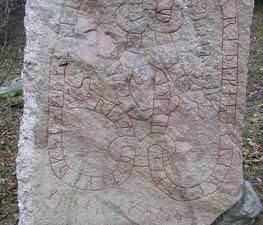 The runestones and the assembly location were created by the Skålhamra clan who also had the two Risbyle Runestones made across the lake near their estate. It consequently appears that they owned land on both sides of the lake. They also made the runestone U 100 at a path in the forest.

Scholars disagree on the function of a Viking Age assembly location. According to one view, all the people in the vicinity assembled there in order to reach agreements and to mete out justice. Another view sees the assemblies as meetings for the chieftains only who merely stated what they had decided to do and where they interrogated and punished their subordinates.

Before the Christianization of Scandinavia, the pagan blóts were performed by chieftains and magnates. When Christianity arrived, the Christian rites and especially baptism were central to the community. It is possible that the Skålhamra clan created the assembly location in order to have settlements around the lake baptized by priests from Sigtuna. The inscriptions suggest that the location had no continuity from Norse paganism.

Below follows a presentation of the runestones based on information collected from the Rundata project, organized according to location. The transcriptions from runic inscriptions into standardized Old Norse are in the Swedish and Danish dialect to facilitate comparison with the inscriptions, while the English translation provided by Rundata give the names in standard dialect (the Icelandic and Norwegian dialect).

This runestone was carved by a runemaster named Gunnar and is classified as being in runestone style RAK. This is the classifiecation for inscriptions with a runic text has no dragon or serpent heads and the ends of the runic bands are straight.

Ulfkell(?) and Arnkell and Gýi, they made the Assembly-place here ... No landmark will be more (great), than (the one) the sons of Ulfr made in (his) memory; able lads in memory of their father.

This runestone was also made by Gunnar and is classified as being carved in runestone style Pr1. This classification, which is also known as Ringerike style, is for those inscriptions that have runic bands that end in serpent or animal heads depicted in profile.

(They) raised stones and produced the staff(?) and the great signs (of acclaim); Gyríðr also cherished her husband: he will therefore be commemorated in weeping. Gunnarr cut the stone.

Thomas Nilsson
It is a historical place
Load more comments
foursquare.com
4.6/10
244 people have been here
I've been here
Add to wishlist 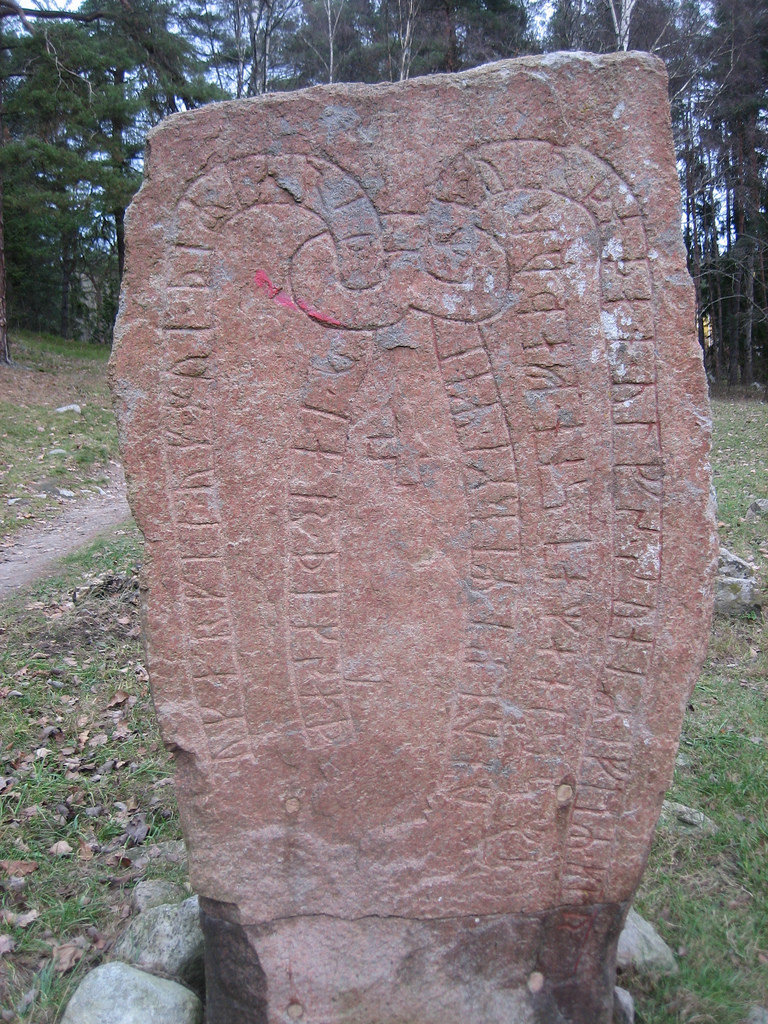 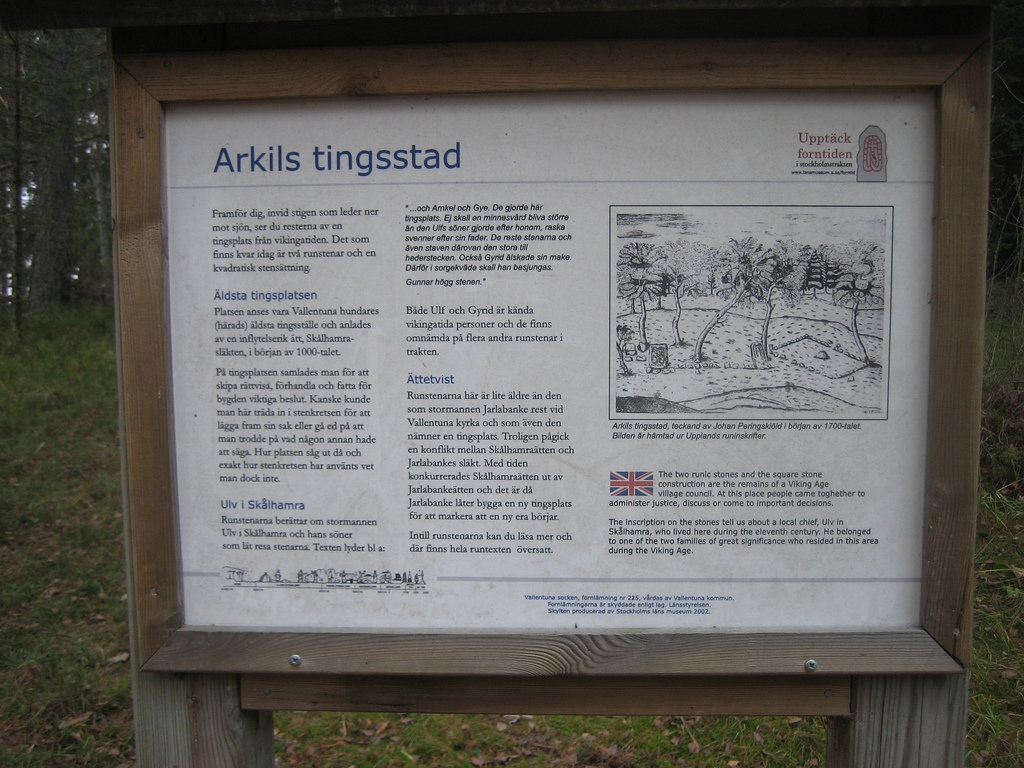 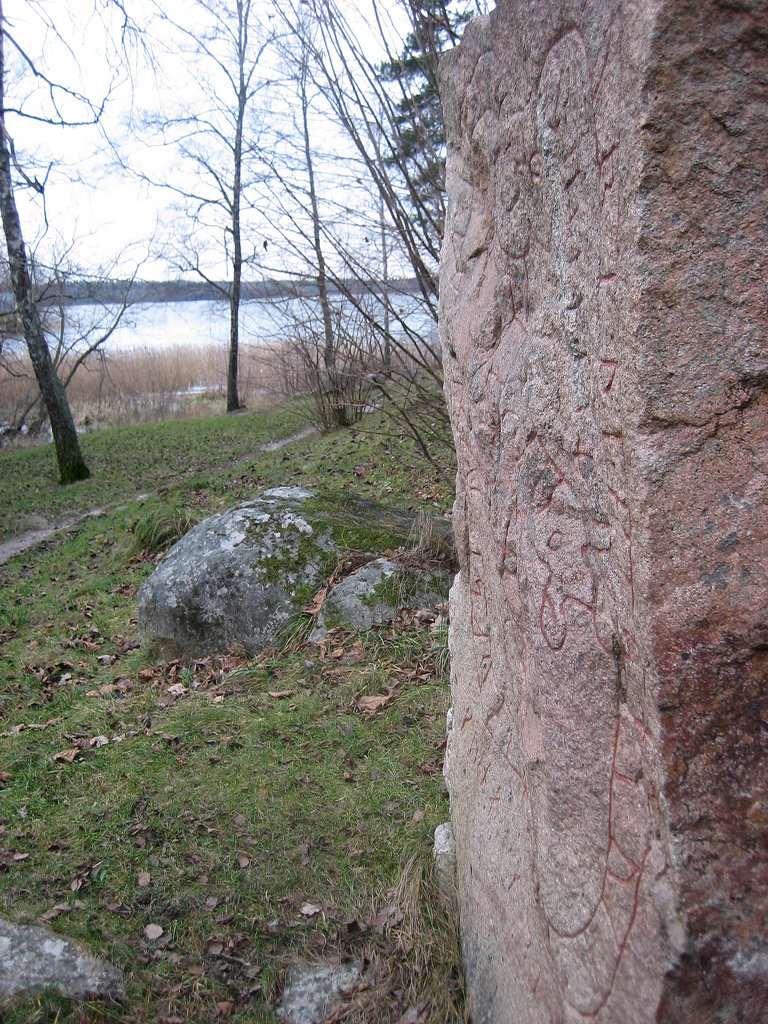 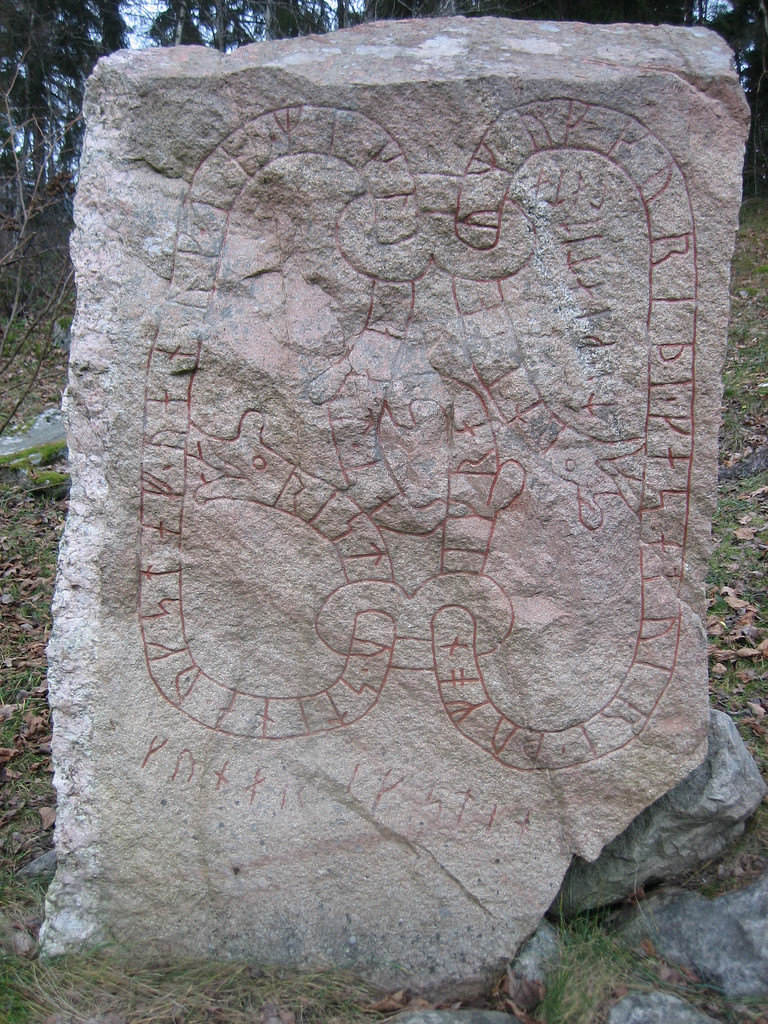 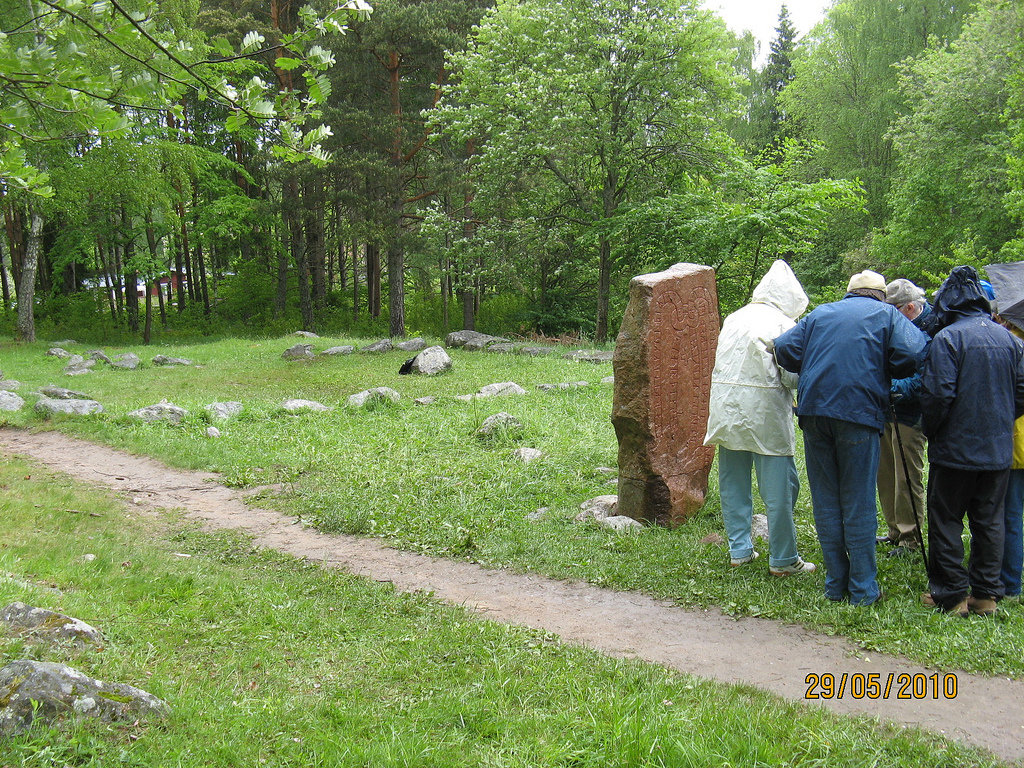 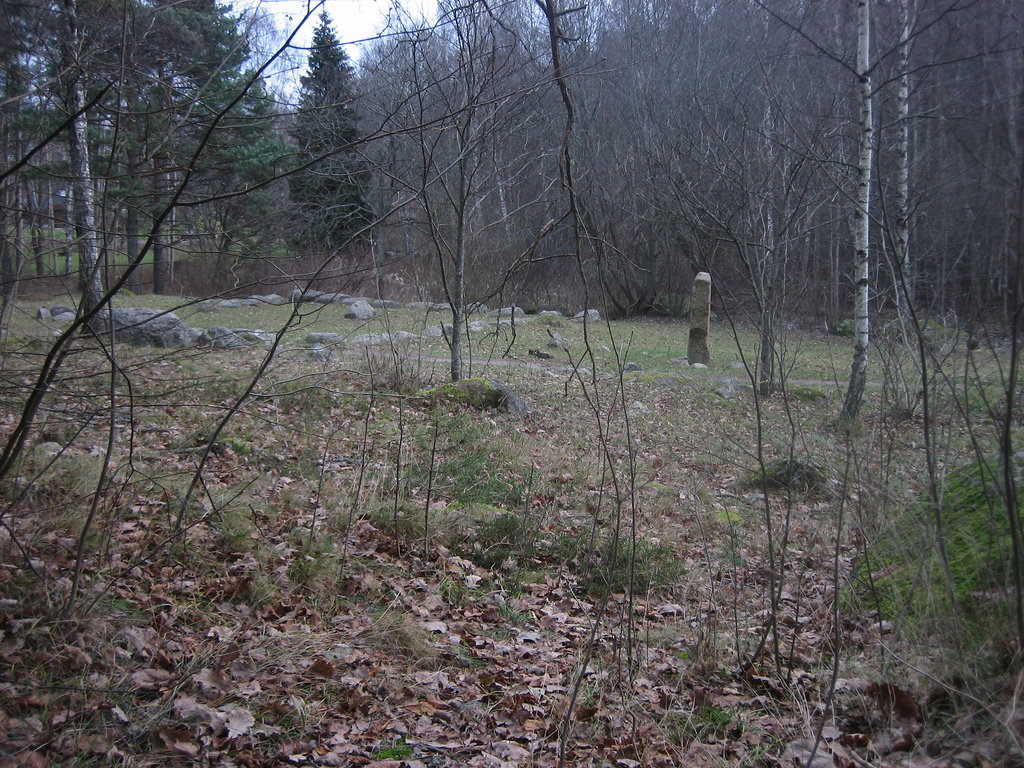 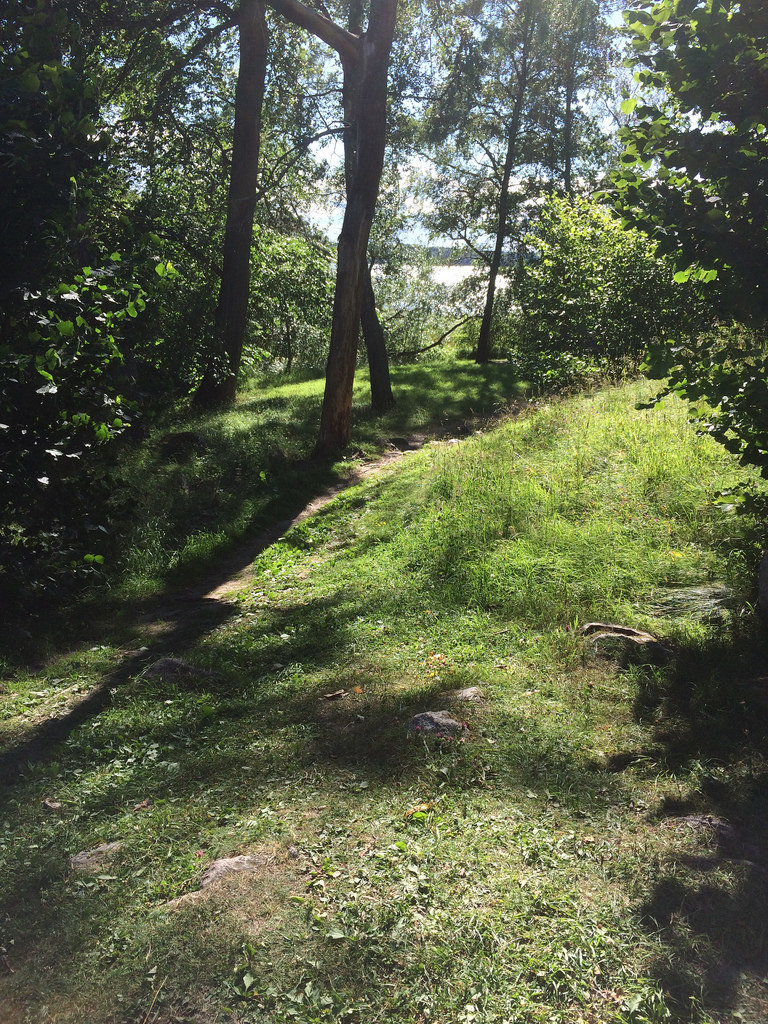